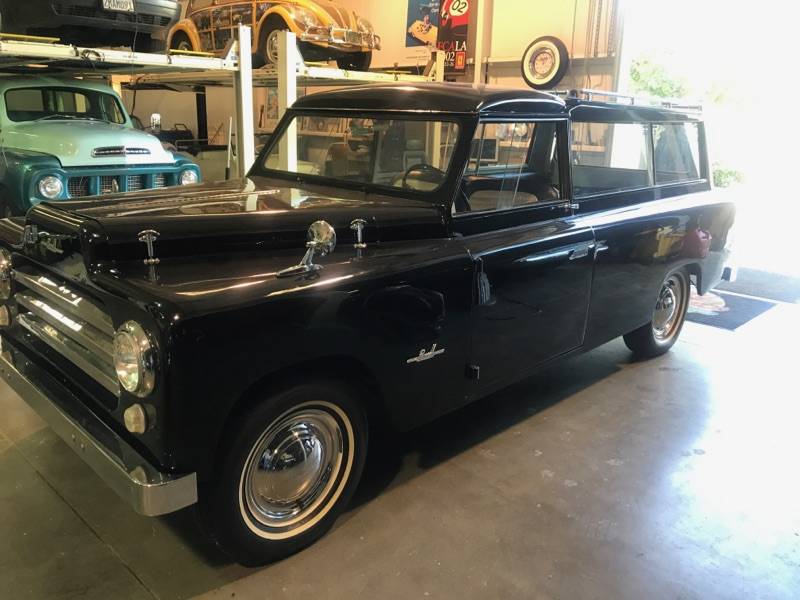 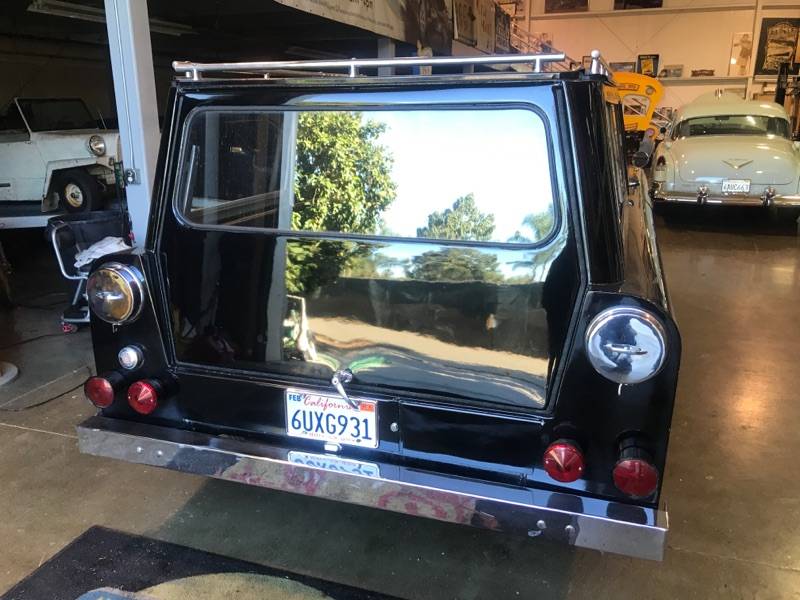 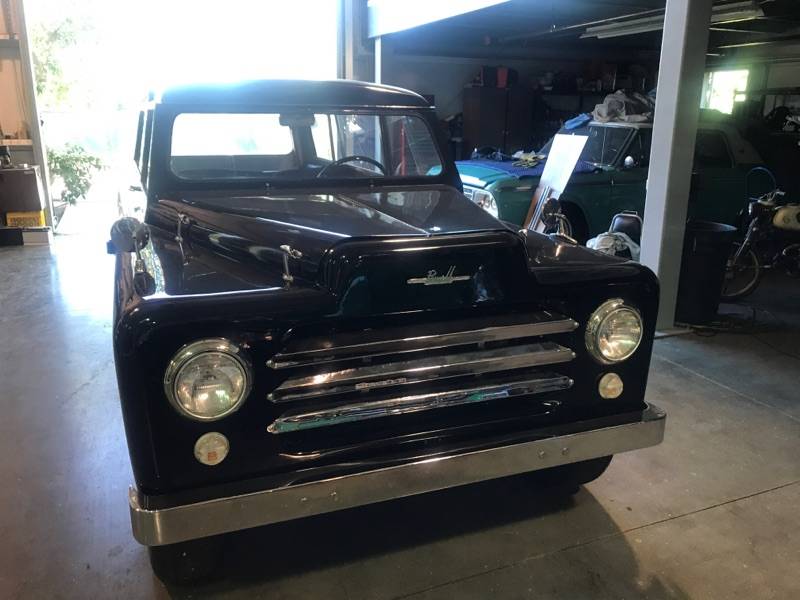 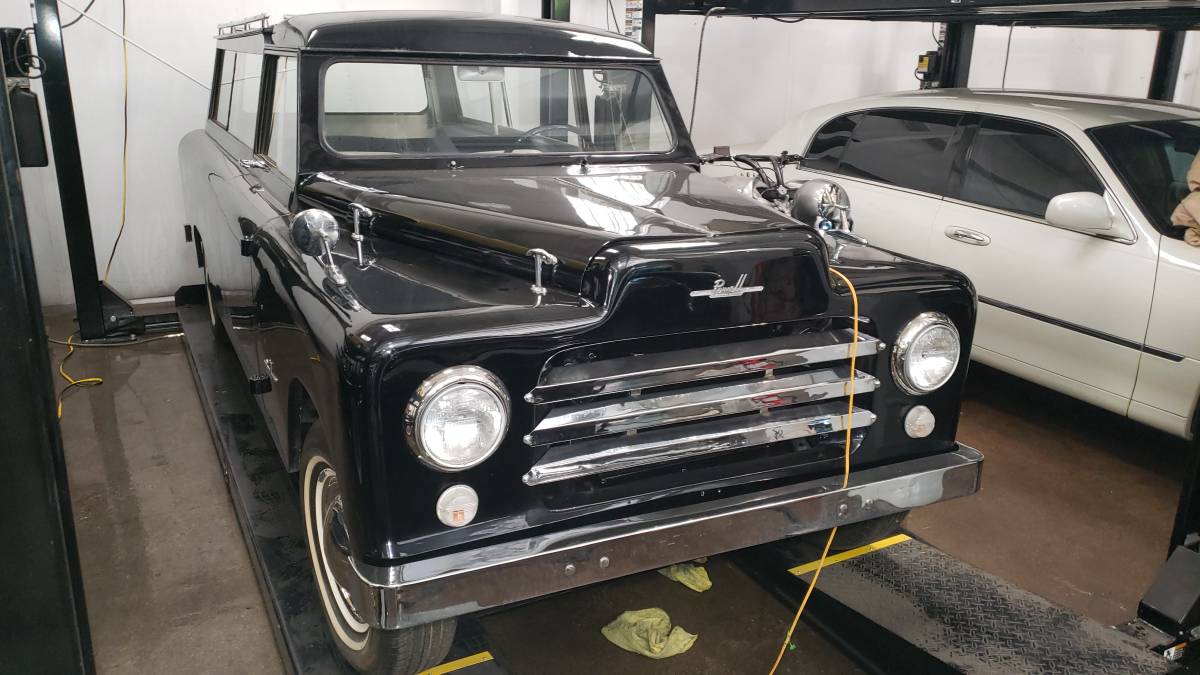 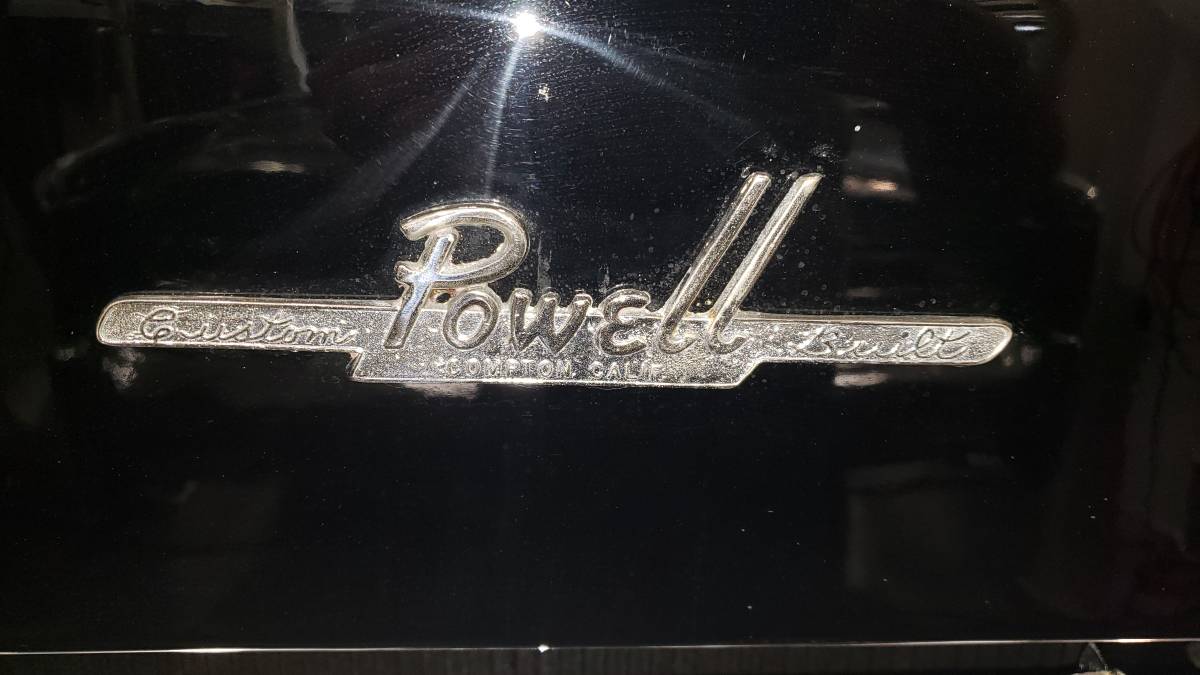 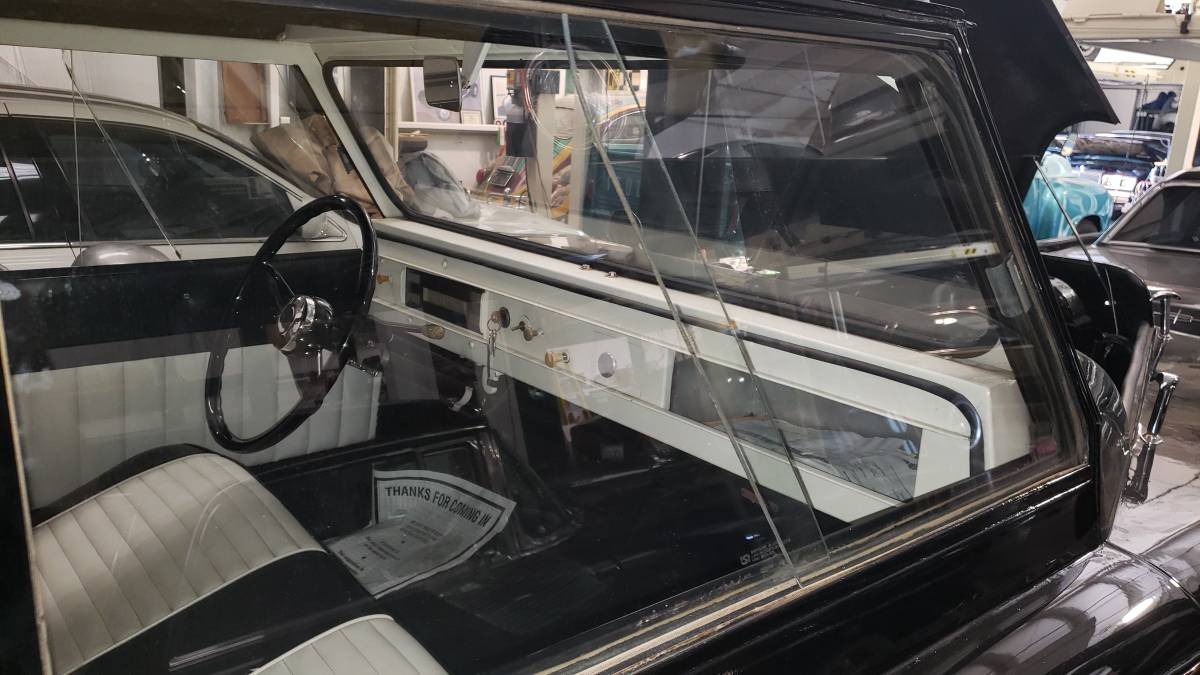 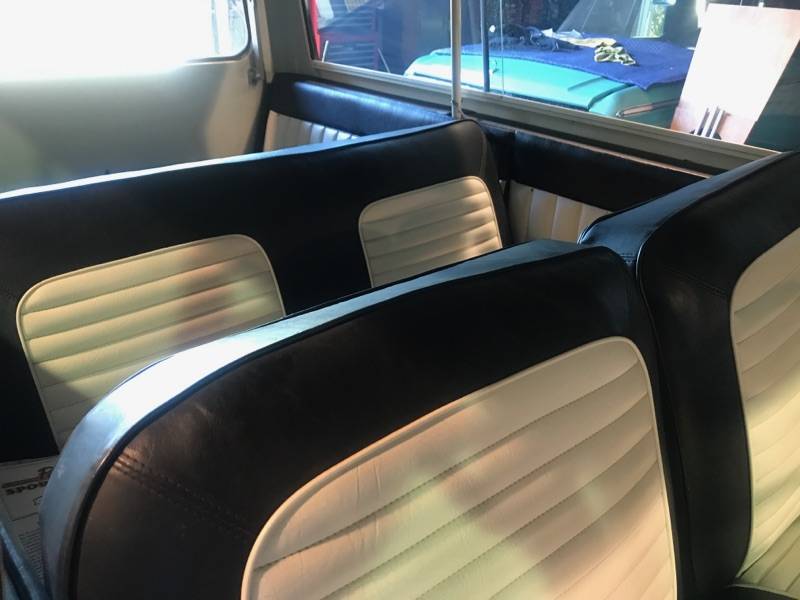 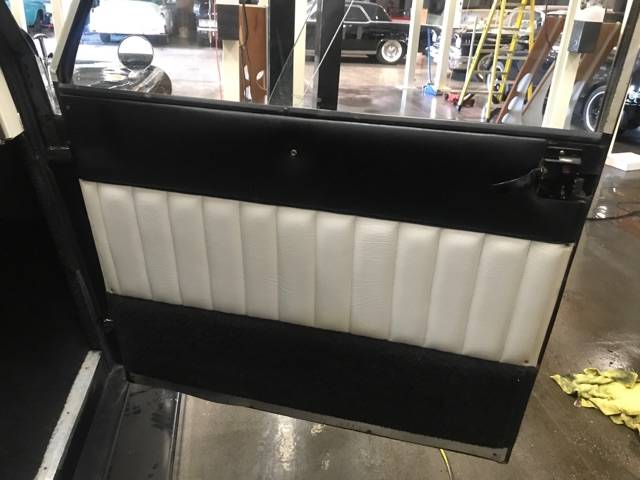 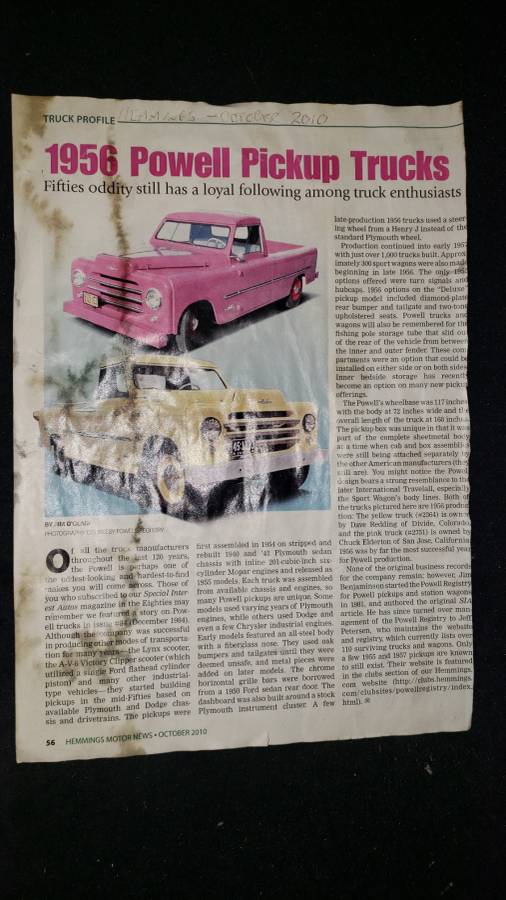 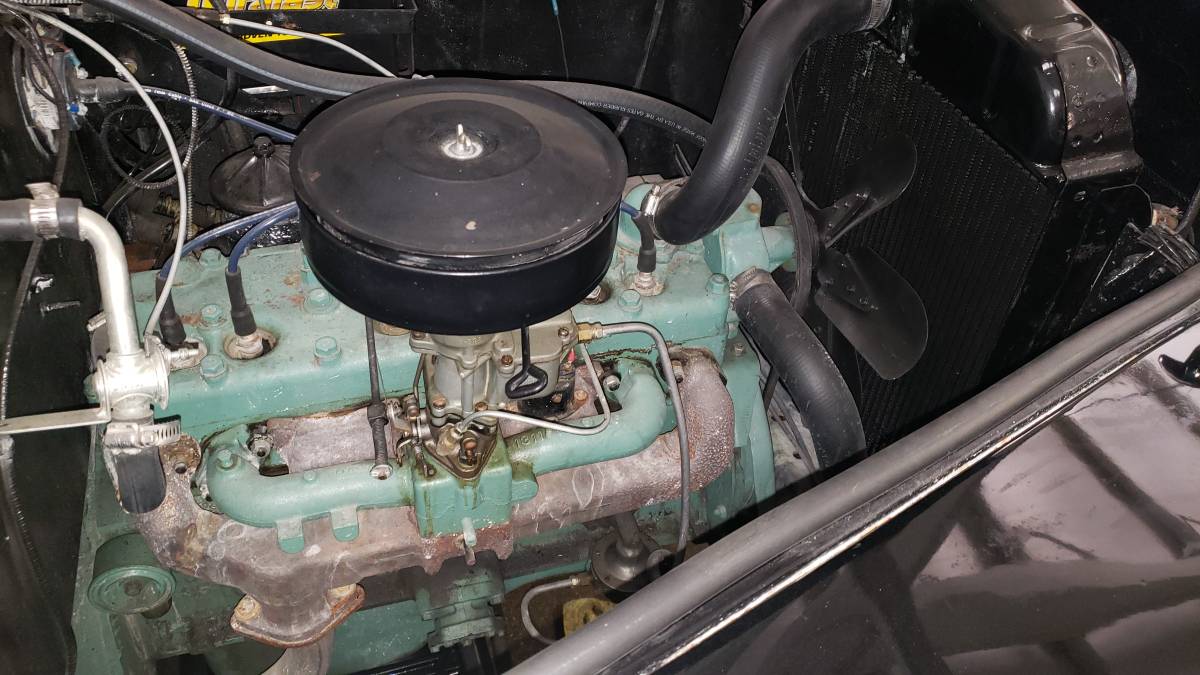 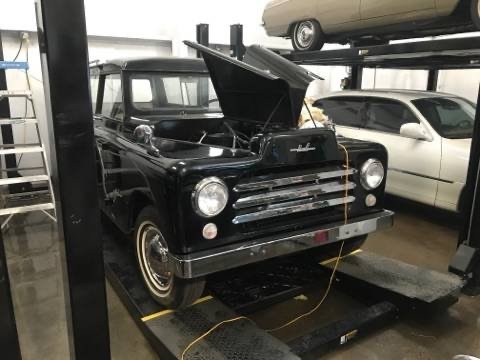 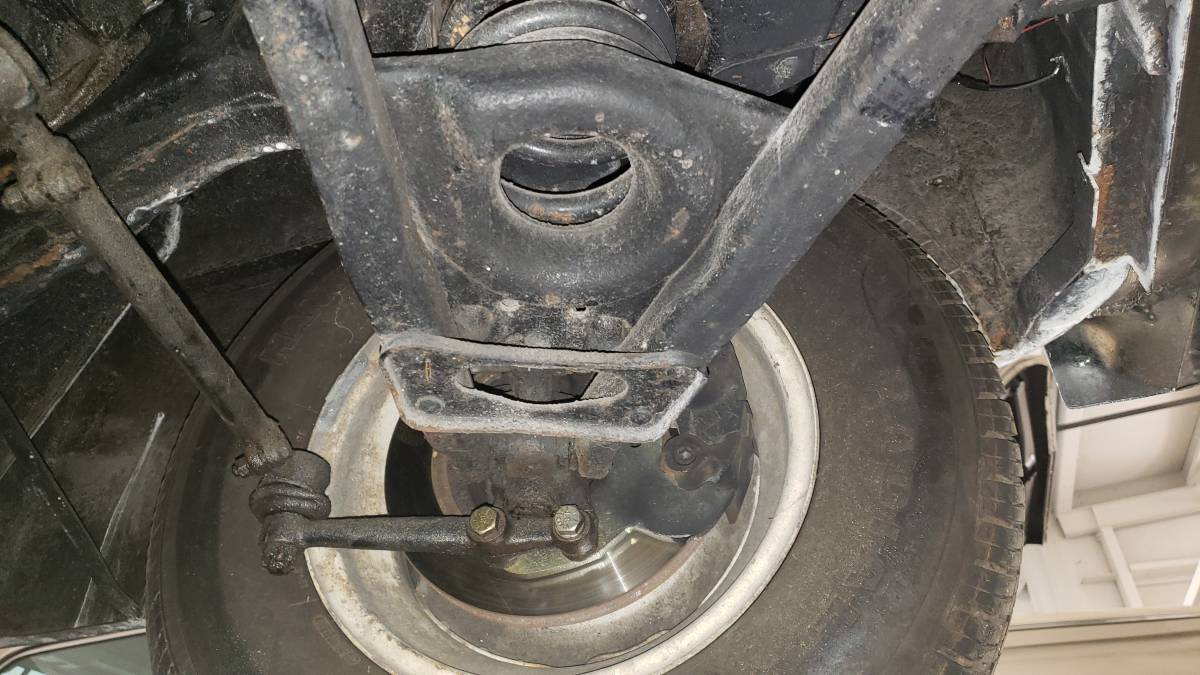 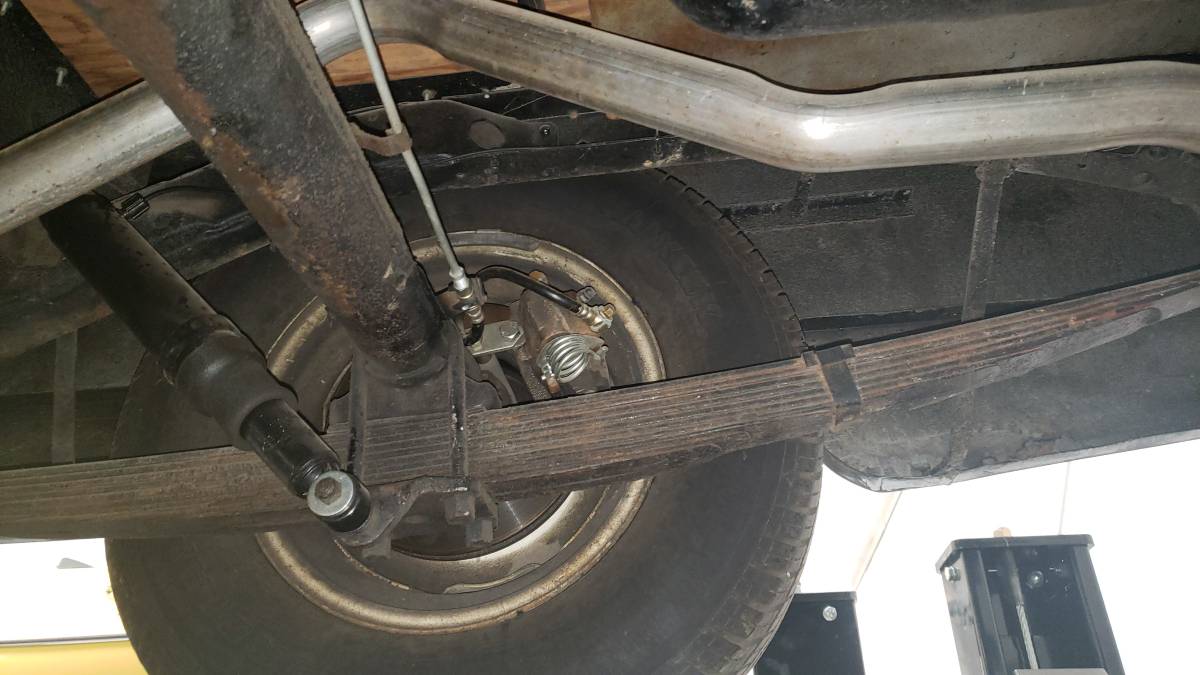 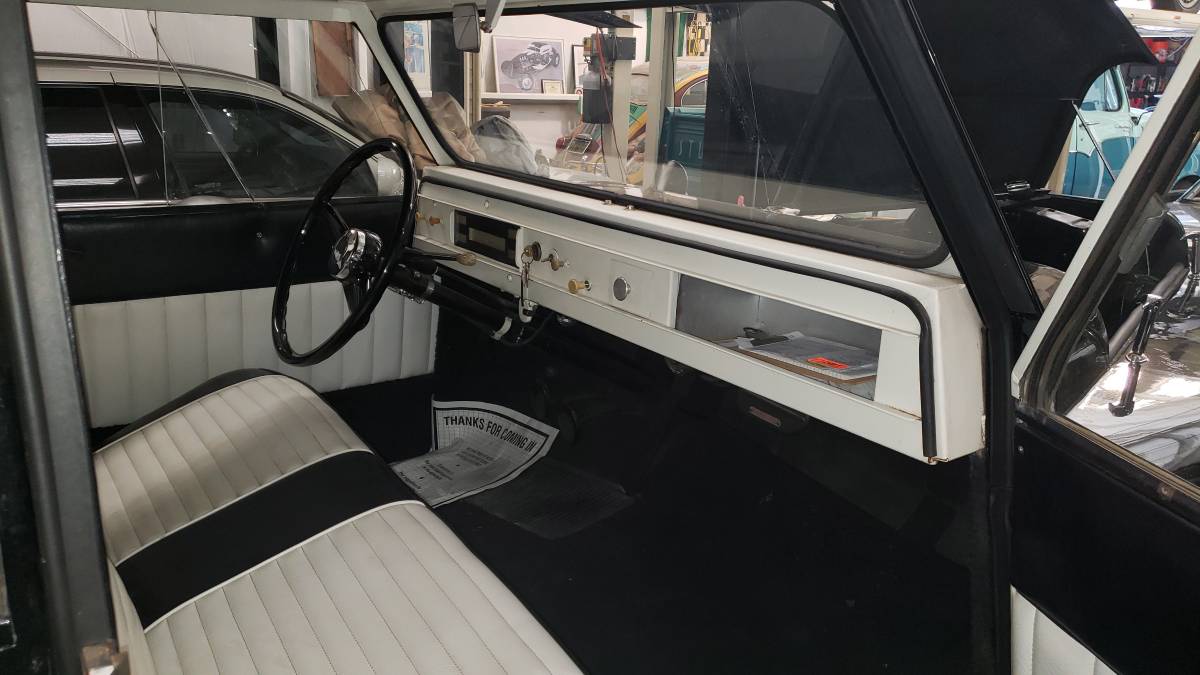 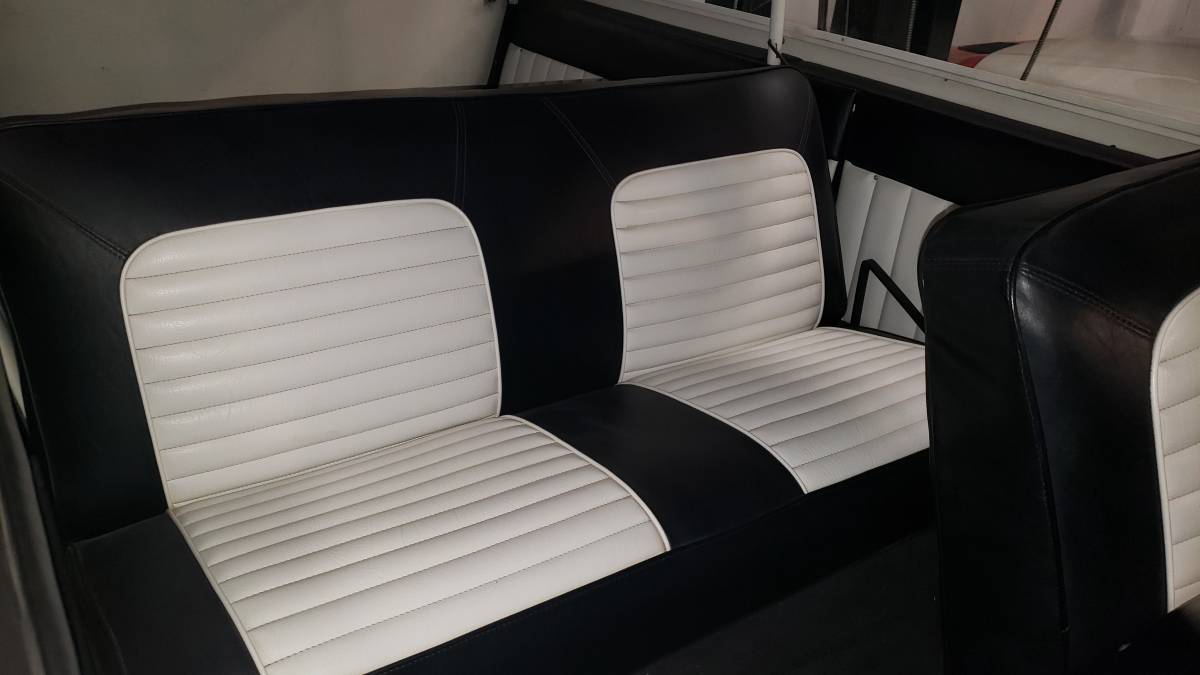 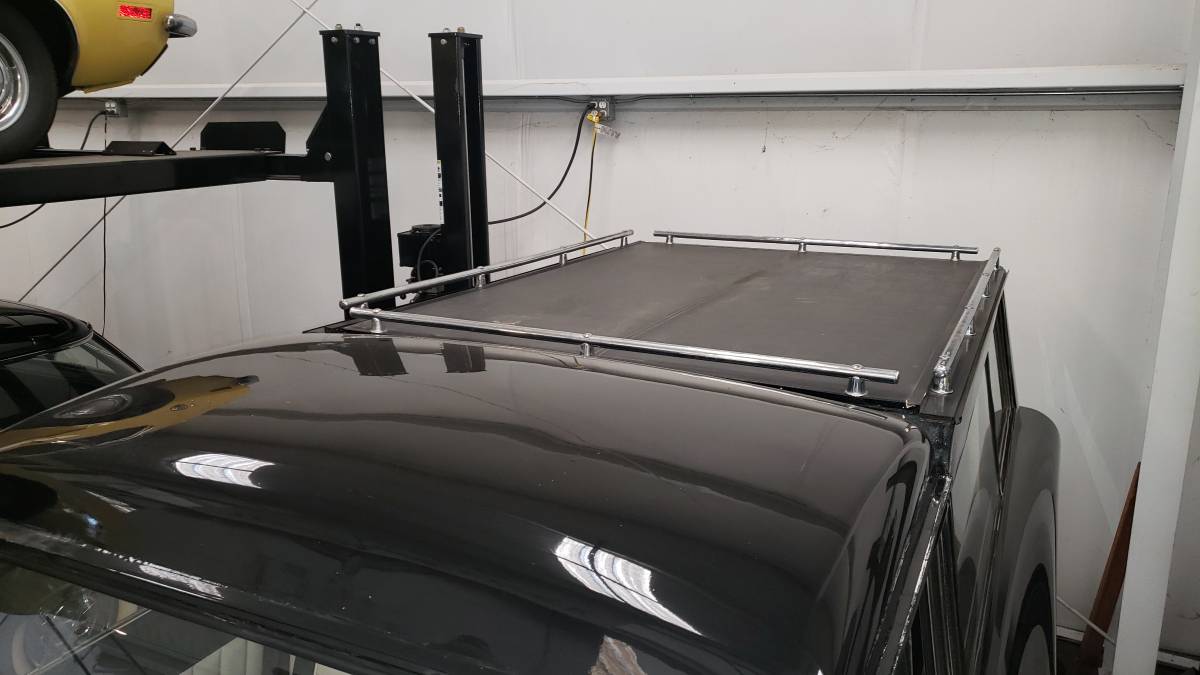 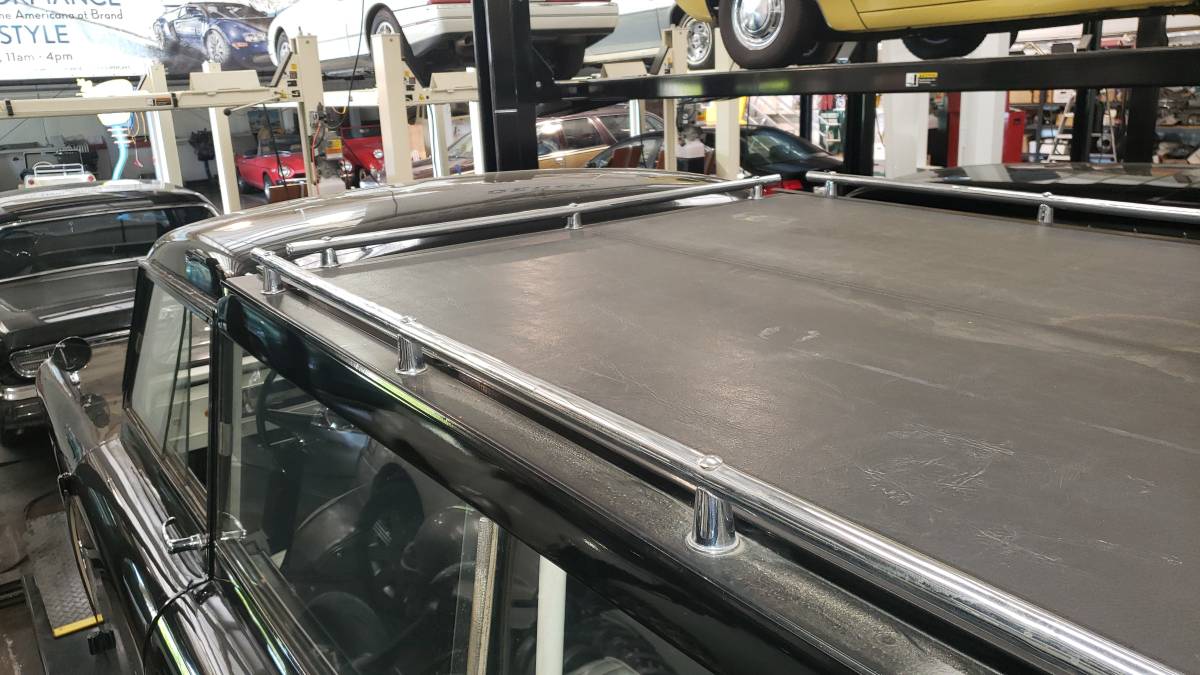 December 14, 2021 Update – We just confirmed the listing for this “Classifind” expired, so with no replacement found we’re assuming this ride “Sold?” While this one got away, please reach out either by email or call us directly if you’d like to be informed when we come across something similar.

One of the perks of blogging about cars six days a week is coming across an oddball car we’ve never heard of before. Although rare, it still happens a fair amount.  Our latest example is this 1956 Powell Sports Wagon currently originally listed in November 2021 on Craigslist in Oceanside, California for $19,500. Unfortunately, given the rarity of these vehicles, we do not have a pricing source to compare this seller’s ask against. The seller provides the history of the company in their ad’s description (see below) but nothing on whether the wagon they have for sale is a survivor or has been restored. We did a bit of research to find more history specific to the vehicle featured here.

The Powell brothers were always in search of a business opportunity.  Despite their growing success building scooters following World War II, that search for opportunity took them no further than their sportsman lifestyle. The “sportsmen’s car,” they came up with would be targeted toward guys like themselves, who wanted the utility of a Jeep but were willing to trade some off-road capability for a more comfortable driving experience.

The Powells tested prototypes based on the components of several best sellers of the past. They eventually settled on the chassis and drivetrain of the 1940-41 Plymouth, a car known for its robust engineering. These parts were long out of production but lay in abundance in scrap form throughout the salvage yards of Southern California. A decent chassis could be had for just $45, with an L-head engine and a three-speed gearbox for not much more. Powell representatives would scout and collect the pieces, and send them off to be refurbished and rebuilt by an outside supplier in Glendale, California. The reborn and now gleaming former Mopar bits were then shipped to the Powell factory down in Compton, where they would be introduced to truly new bodies and interiors.

The Powell bodies were made of stamped steel and had no compound curves, keeping tooling costs to a minimum. Front-end clips were made of fiberglass and molded by a local boatyard. Bumpers and tailgates were initially made of oak wood, switching to steel in 1956 for safety reasons. To reduce complexity, side windows were of the sliding glass variety. Seats were made of simple vinyl stretched over foam rubber pads, rather than costlier springs.  The one “luxury” feature on a Powell was an optional storage tube that slid out from a compartment between the truck bed’s inner and outer sheet metal. It was meant to safely store long thin items of the sportsman’s trade, like hunting rifles or fishing poles.

Despite pioneering a category that today accounts for 6 million annual sales, the Powell brothers shut down their operations in 1957. This was not because of the financial woes to which most other post-war automotive start-ups had succumbed. Powell Sport Wagons were cheap to build and sold at a reasonable profit. But a business model that includes a bunch of local junkyards as an integral part of its supply chain meant that Powell Motors was not designed for the long haul. They simply ran out of used parts.

We came across this walk-around video of a 1955 Powell Sport Wagon pickup truck version in which the narrator provides more facts about these rare vehicles:

“1956 Powell Sports Wagon Very interestingly rare vehicle. This Powell is in very good collectible
running condition. A little history of the car company is below. $19,500.00 OBO

During 1925, Hayward Powell developed appendicitis, and in early 1926 had an appendectomy. During Hayward’s recovery, the brothers took a five-month cross-country trip. When they returned to Los Angeles, they started Powell Manufacturing Company in 1926 to make battery eliminators, soon also making box-style table radios typical of the 1920s.

By 1930 they were part of the reputation of Los Angeles as the “midget capital of the world”, making what are now referred to as cathedral-style table radios (midget in comparison to earlier floor-standing consoles and large-box table radios). In 1931 they were also selling the even-smaller “pee-wee” cathedral-style table radios which had become popular. Before they exited the radio business in 1932, they produced an innovative radio that was just nine inches square and thirty-four inches high, which was perhaps the forerunner of the chair-side style radios.

In the mid 1930s, they moved into scooter production. The Powell manufacturing facility in Compton, California, switched to war production in 1942. After World War II, Powell again returned to scooter production with the C-47, P-48, P-49 step through models. The Powell Streamliner model, used by U.S. Airborne troops during World War II, was copied and served as the basis for the original Fuji Rabbit scooter in June 1946 (six months before the first Vespa scooter).[8][9]

In 1949, the Powell company moved into the lightweight motorcycle market with the introduction of the P-81 model, which was a direct competitor of the Mustang (motorcycle) produced in nearby Glendale. All four of these post-war Powell models used the same single-cylinder four-stroke 24-cubic-inch (393 cc) engine which was developed in-house. Powell again switched to war production for the Korean War in the early 1950s and never returned to scooter production.

PMC was also an early innovator in pickup and SUV design with several models produced in the 1950s using modified 1941 Plymouth chassis recycled from junkyards. The pickup was sold as the Sport Wagon and the SUV as the Station Wagon. Powell’s designs were later echoed in the Ford Ranchero and Chevrolet El Camino models which appeared a few years later. Motor Life magazine, in its October 1955 issue (with a photo of the Powell Sport Wagon on the cover), called it “an obvious choice as one of the most interesting and unique automobiles in the U.S.” In the February 1956 issue of Motor Trend, magazine co-founder[10] Walt Woron concluded his article: “The Powell Brothers, then, have succeeded in their purpose: to provide a vehicle that ‘… can’t be beat for general utility…[that makes] the perfect runabout or 2nd family car…'”.[4][11]

Show or go: what would you do with this restored Powell Sports Wagon?  Comment below and let us know!