GuysWithRides is proud to offer this 1997 Honda Valkyrie in an online, reserve-style auction on behalf of the private seller.

This 1997 Honda Valkyrie is part of a private collection located in Hempstead, North Carolina.

(Note: To inspect all of the pictures provided, click on either the white space or the photograph below to enlarge it and then click on the gray “<” and “>” icons to navigate through all of the other stills in this carousel. NOTE: If you do not see the first picture immediately, please click on the white space and the pictures should start to appear before they are fully loaded.) 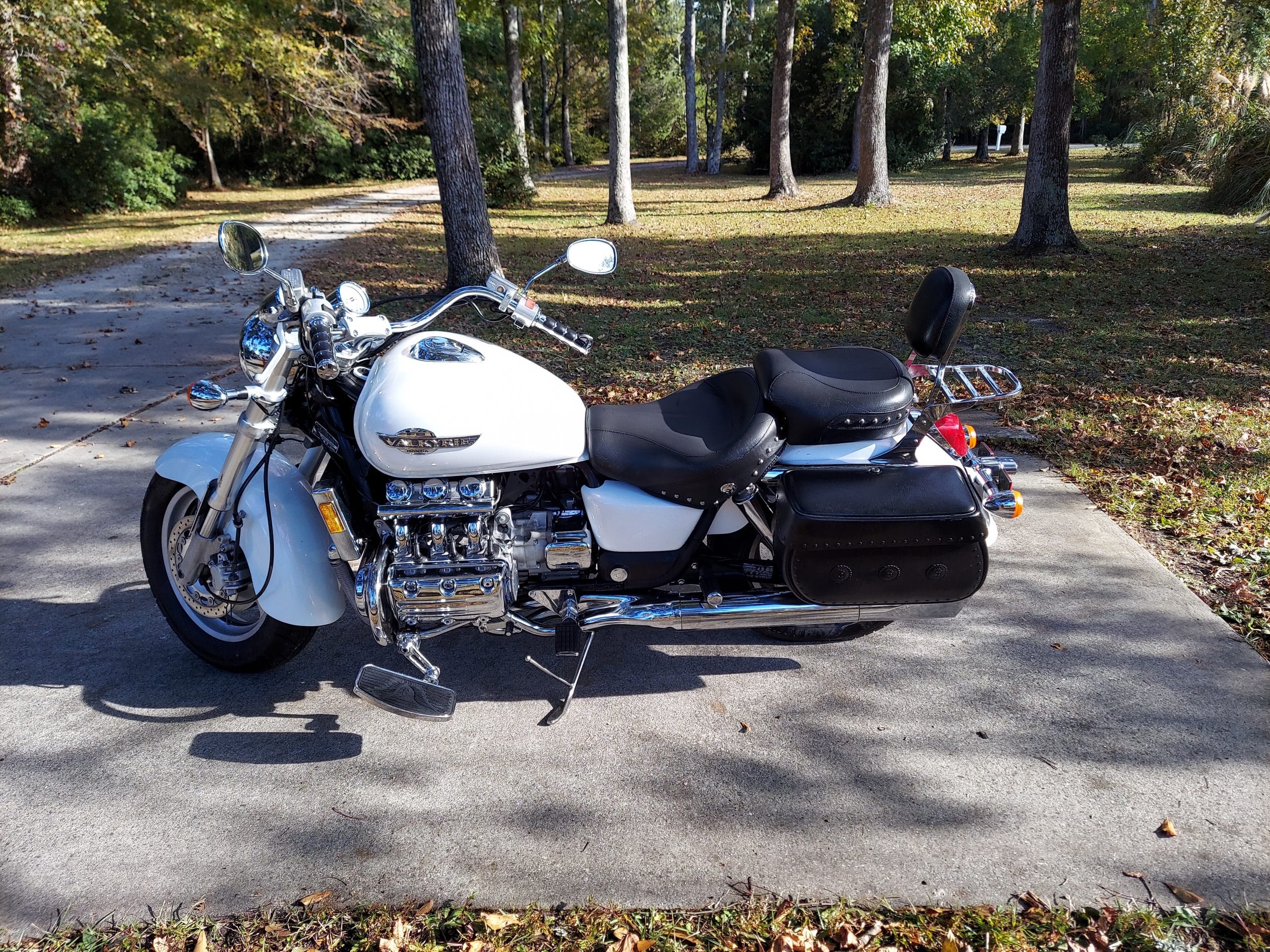 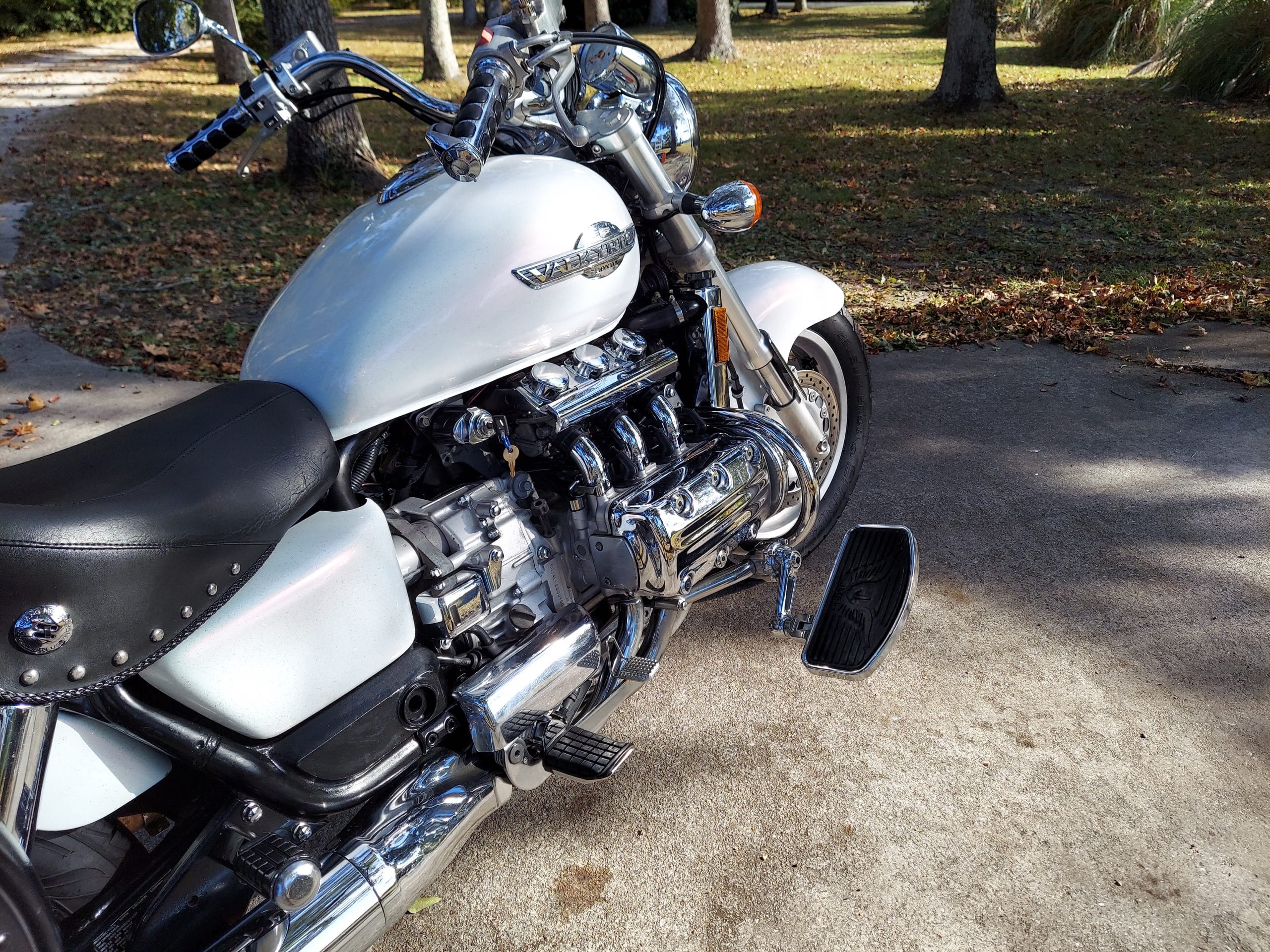 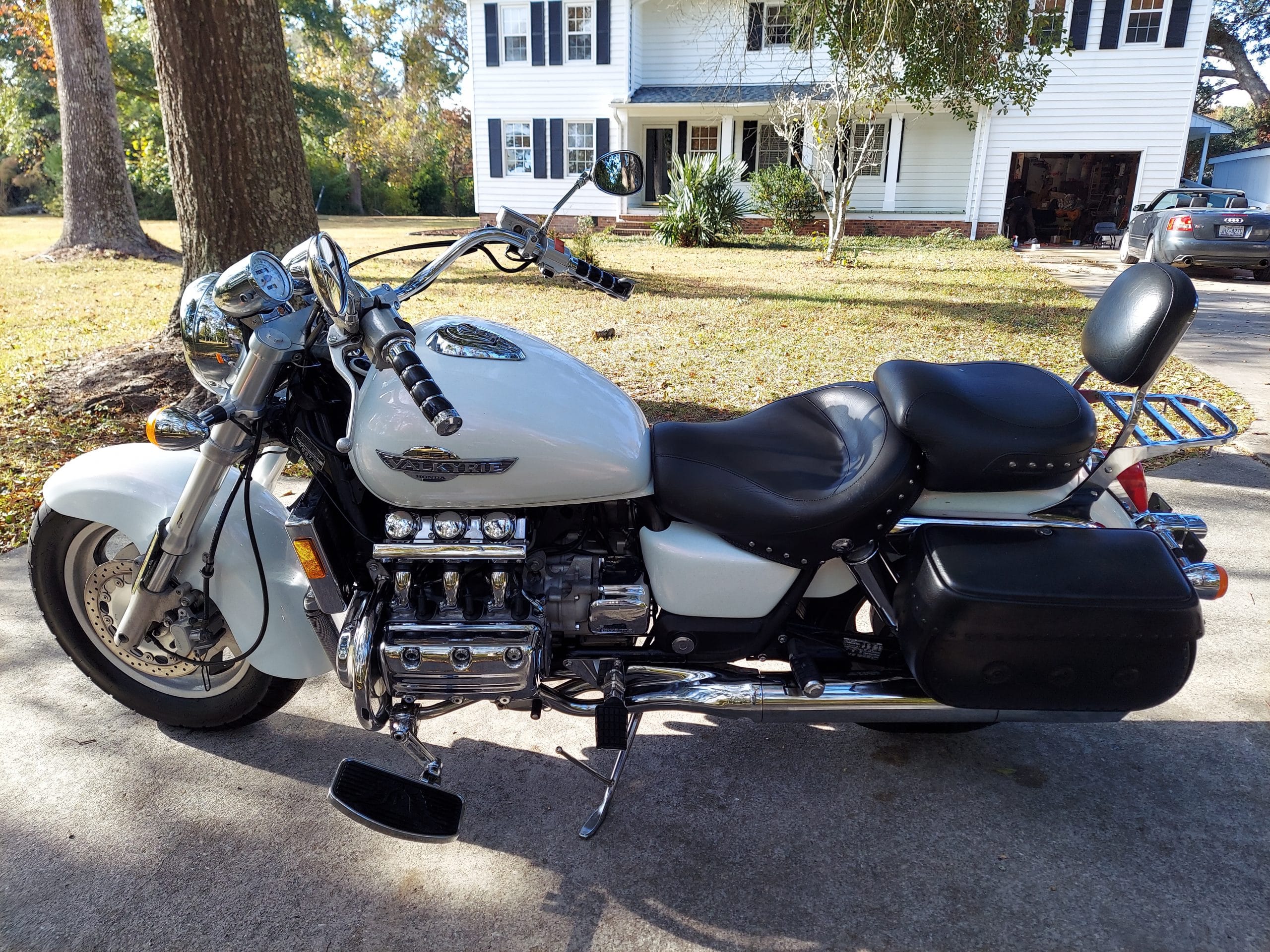 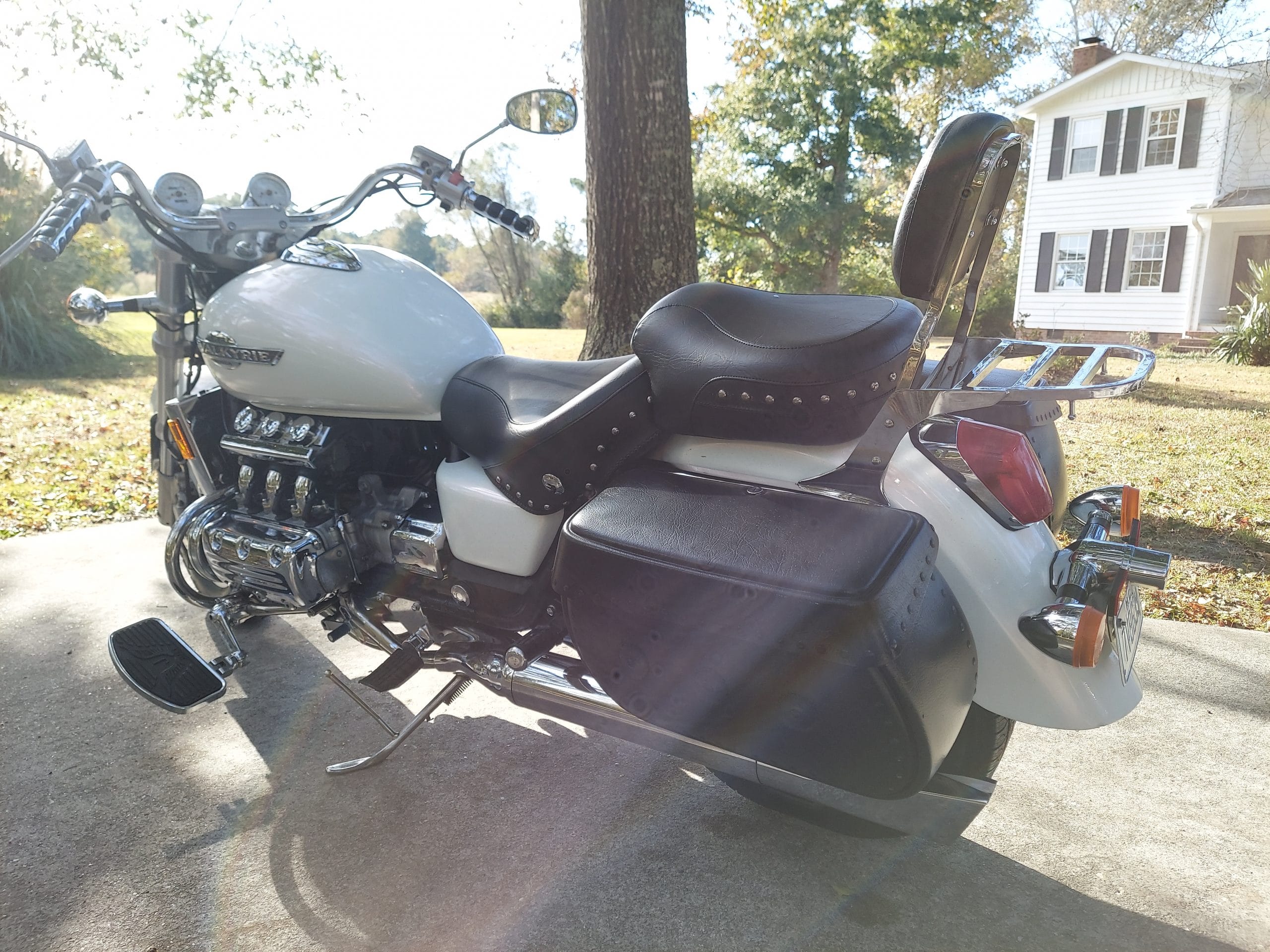 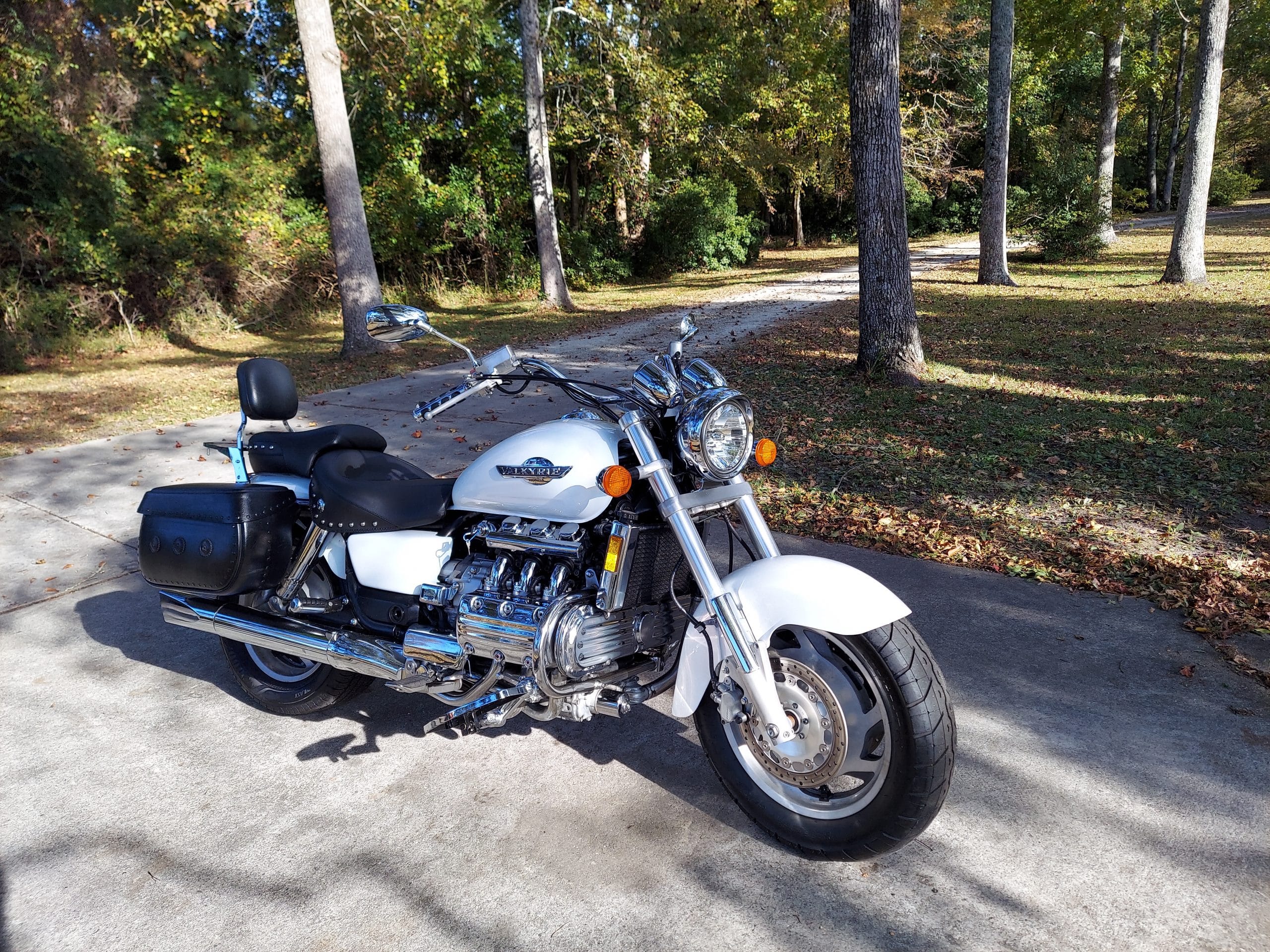 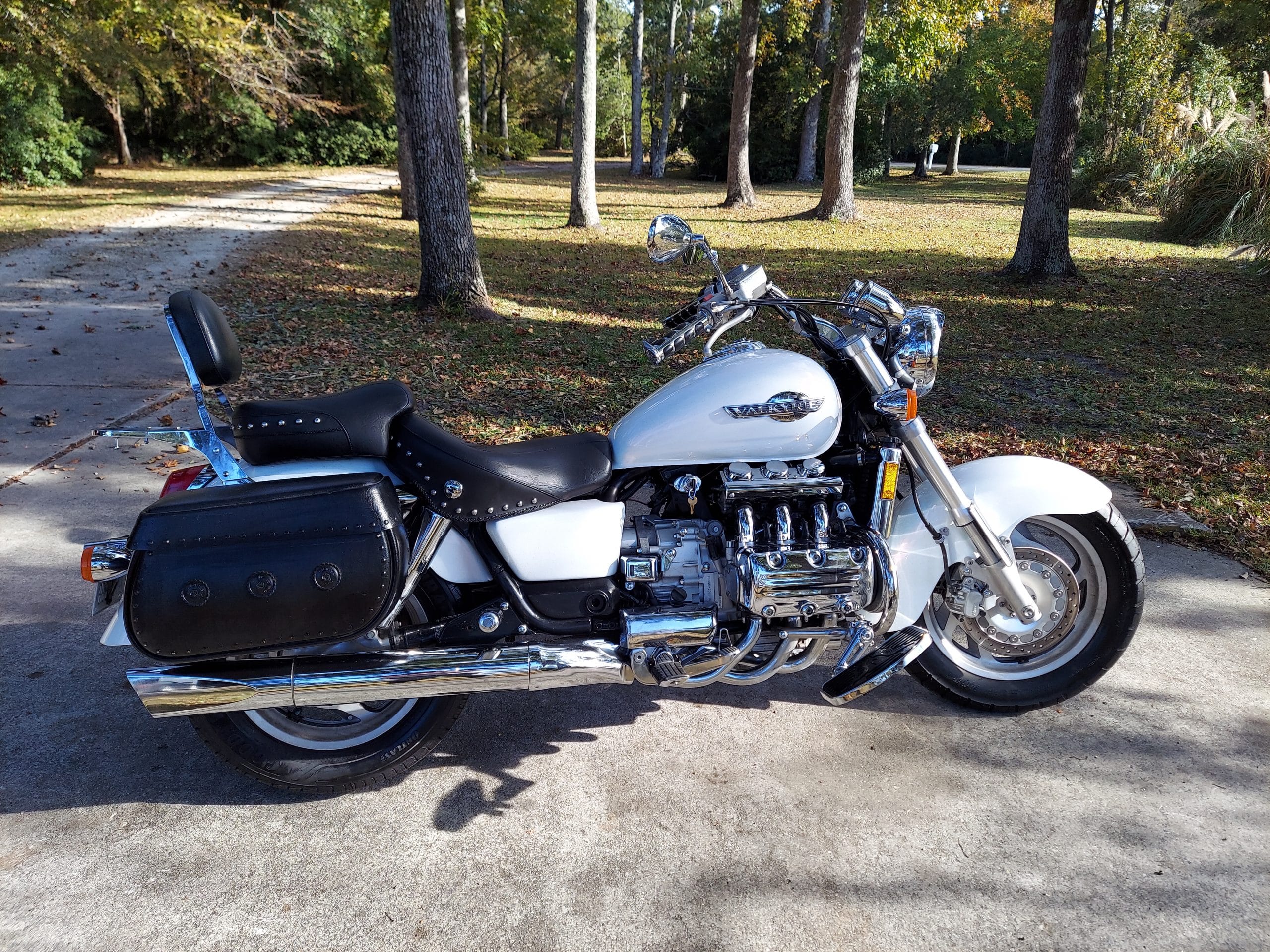 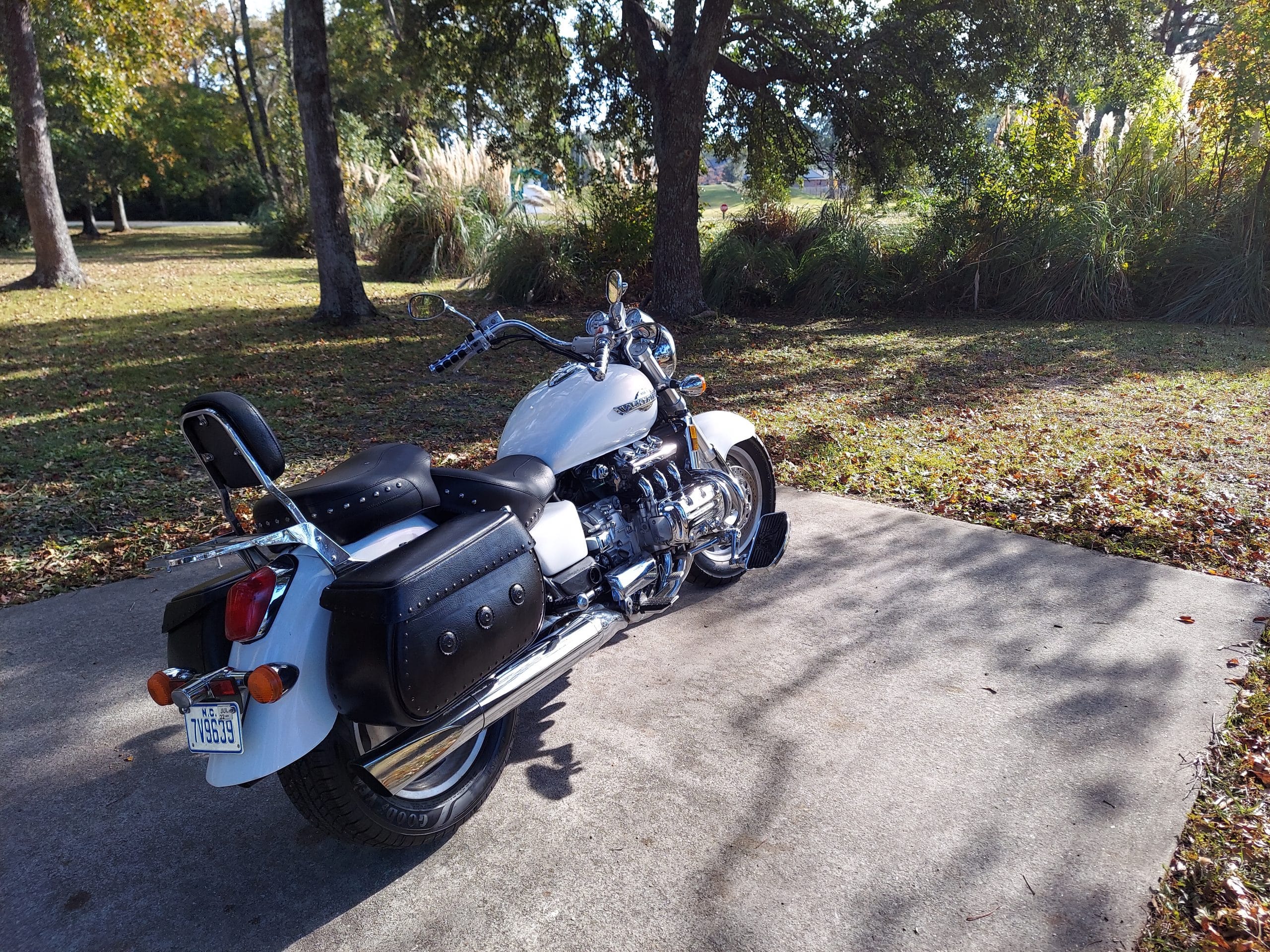 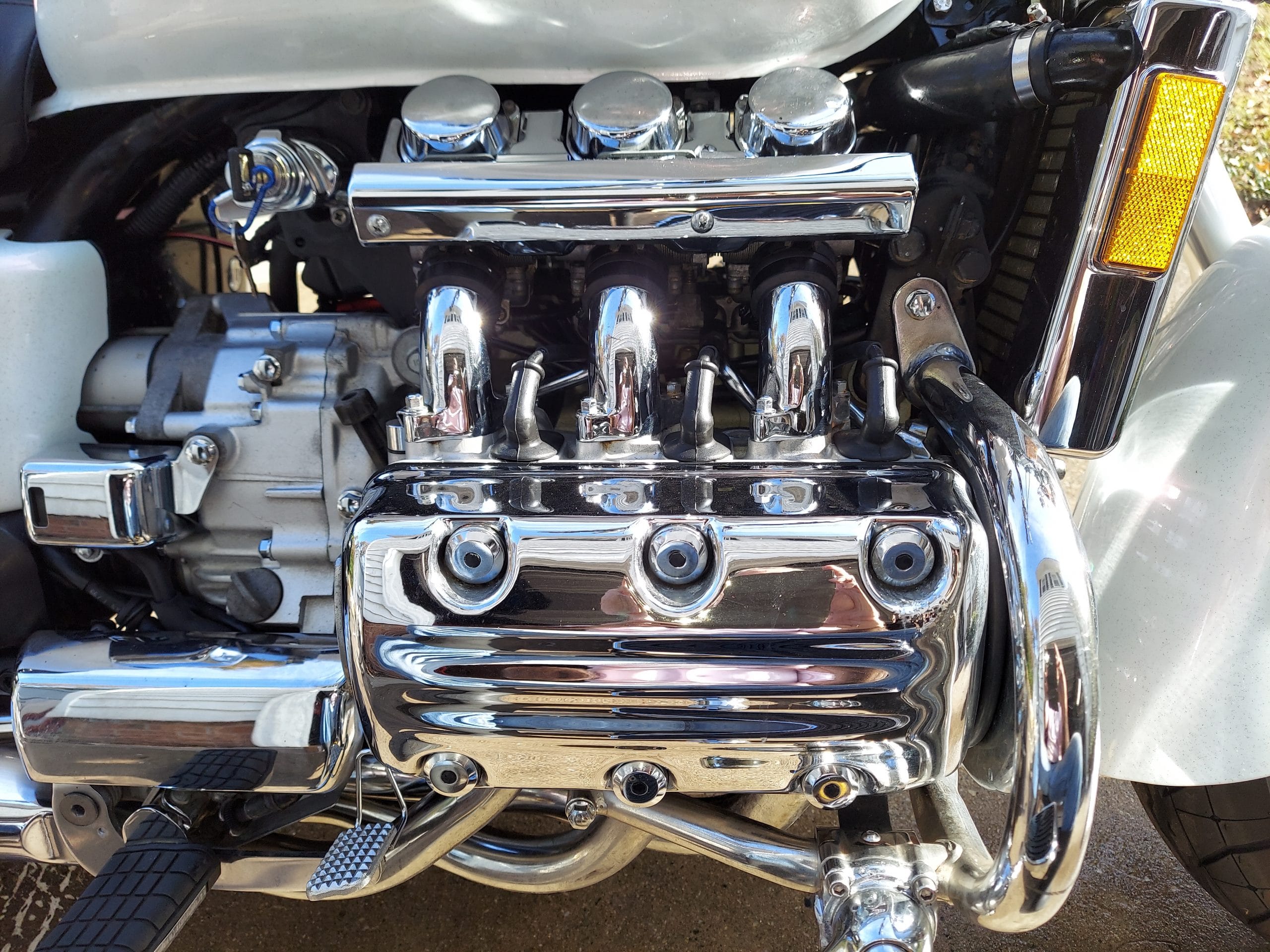 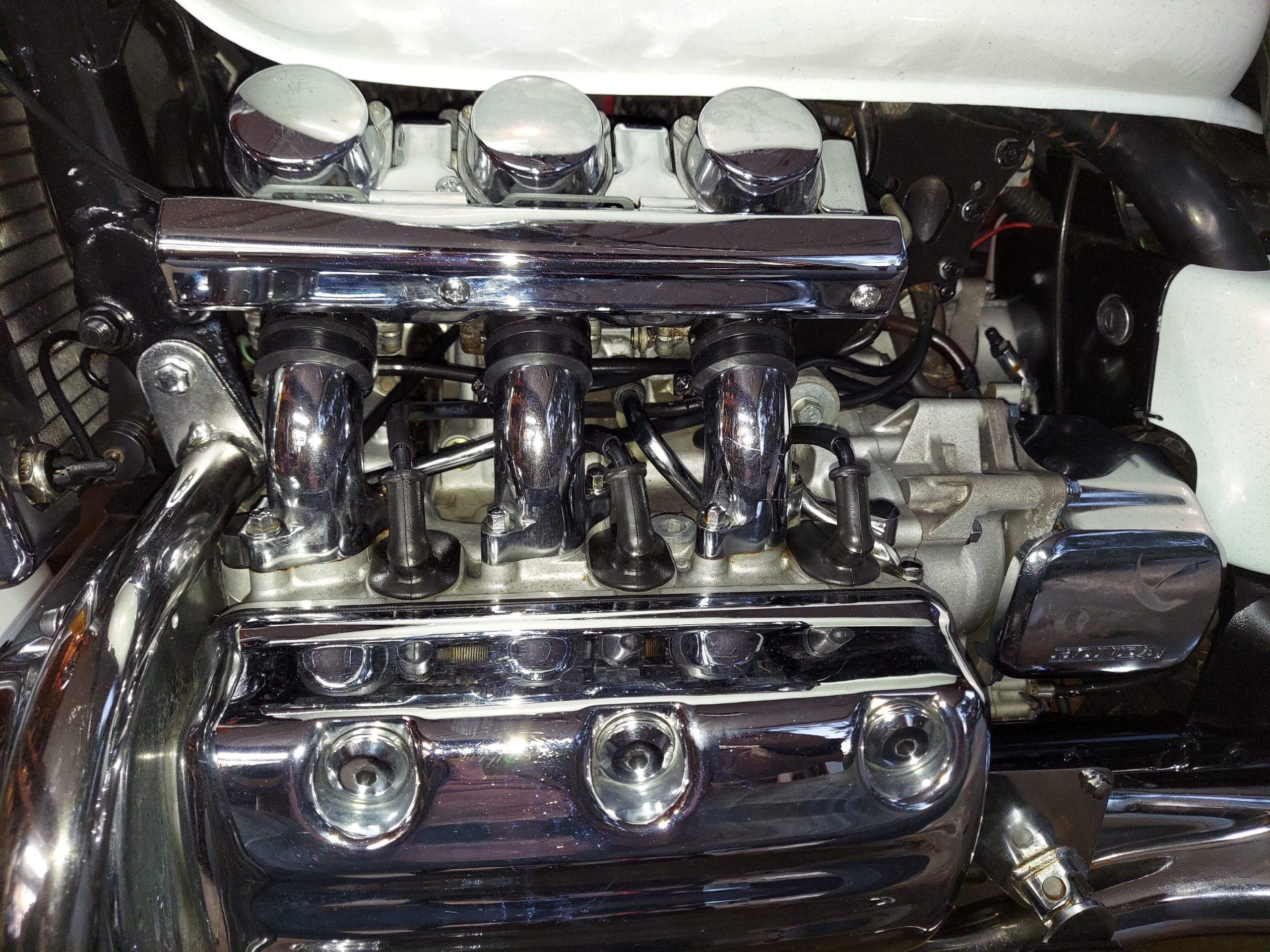 Honda produced the Valkyrie “cruiser” style motorcycle from 1996 through 2003.  Honda designated the bike as the GL1500C in the U.S. and F6C (short for “Flat Six Custom”) in other markets.  The Valkyrie relied on the same 1,520 cc flat-six engine found in Honda’s Gold Wing touring bike.  However, in Valkyrie form, the engine received a more aggressive camshaft as well as six 28mm carburetors (i.e.one for each cylinder), both of which were designed to increase horsepower and torque.

Ken, the seller of this 1997 GL1500C Valkyrie, provided the following description:

“I have owned this Valkyrie since 2018, I rescued it from the previous owner who had tried to restore it but didn’t have the resources to get the job done. I bought this 1500cc 6 cylinder 100hp bike because this one was on my list for a long time. It is by far the most comfortable bike I have ridden and it is always the subject of conversation when I park it anywhere. After a 1000 mile ride thru upstate NY on it, I realize I am getting too old to ride. The color of the bike is hard to capture on camera. It is white with a rose pearlescent finish. It also has a mild copper color flake in the paint.”

To help you make informed bids, here’s a summary of the current values by condition provided by J.D. Powers NADA Price Guide: 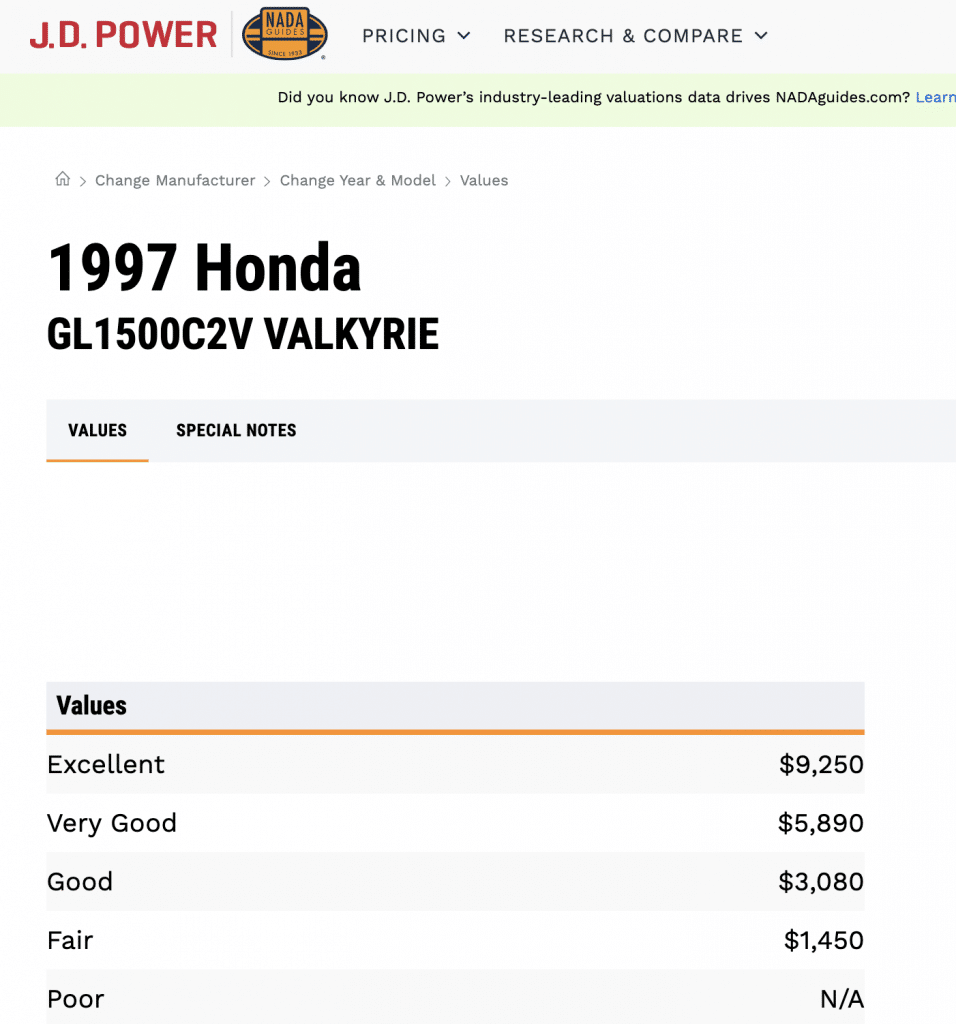 More details will follow very soon, so, stay tuned!  If you have any questions about this Honda Valkyrie motorcycle before then, please leave a comment below or feel free to call Rudy directly at 877-468-6497. Thank you for looking and happy bidding!