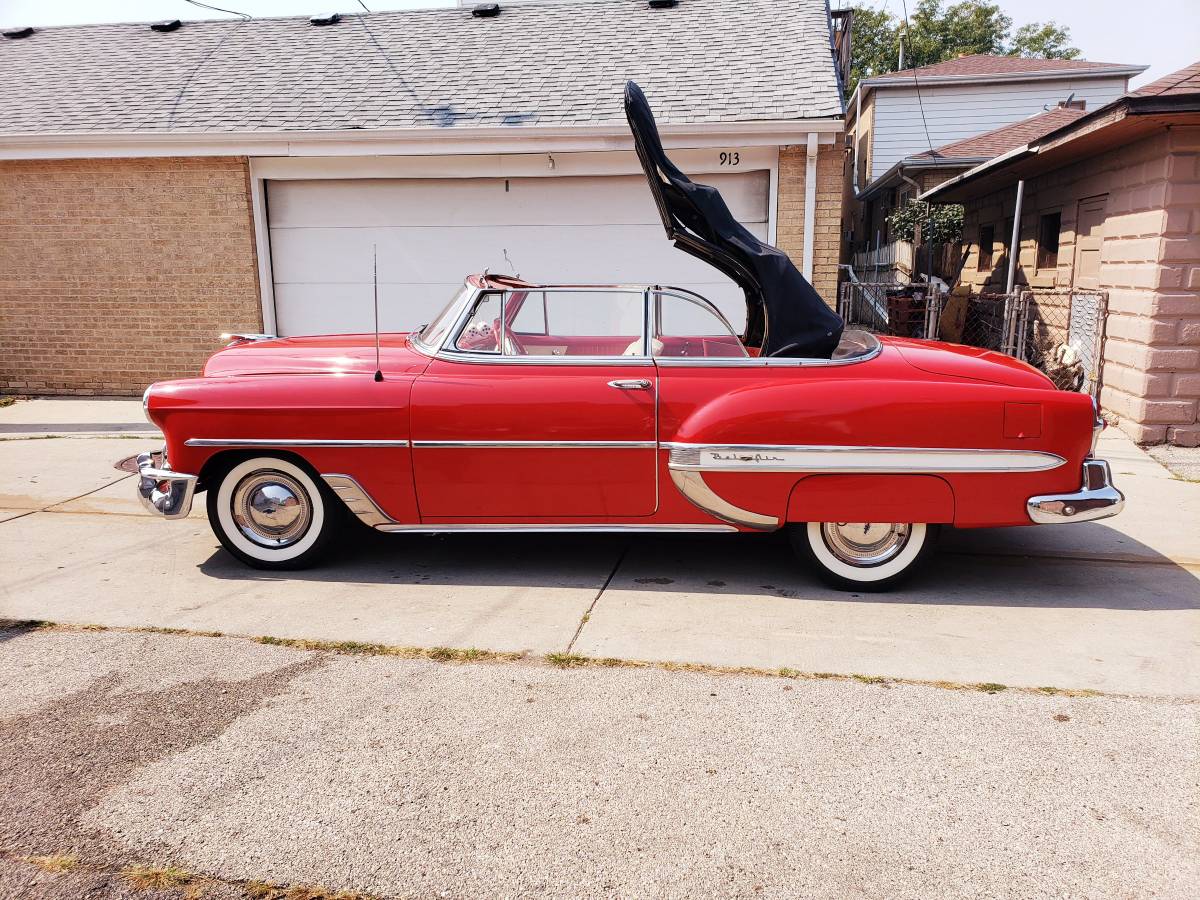 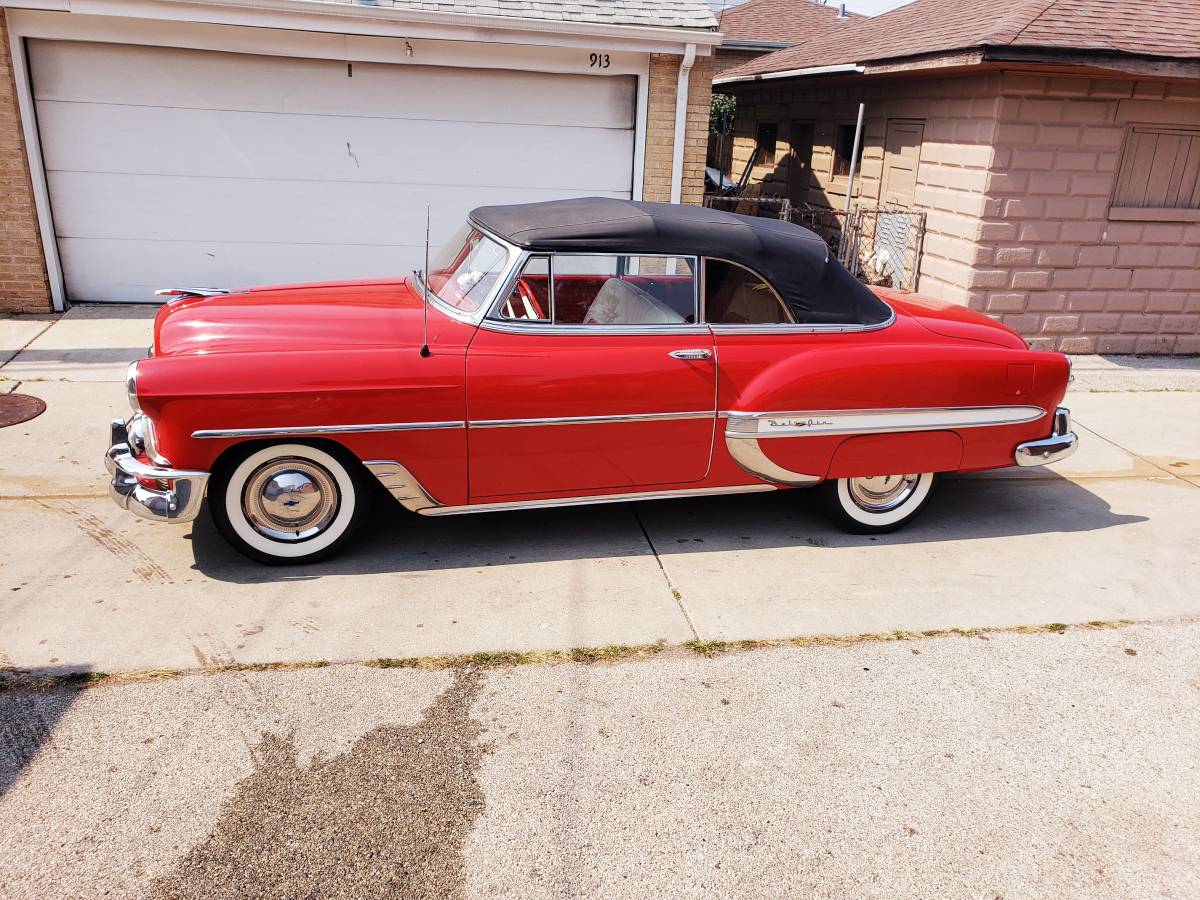 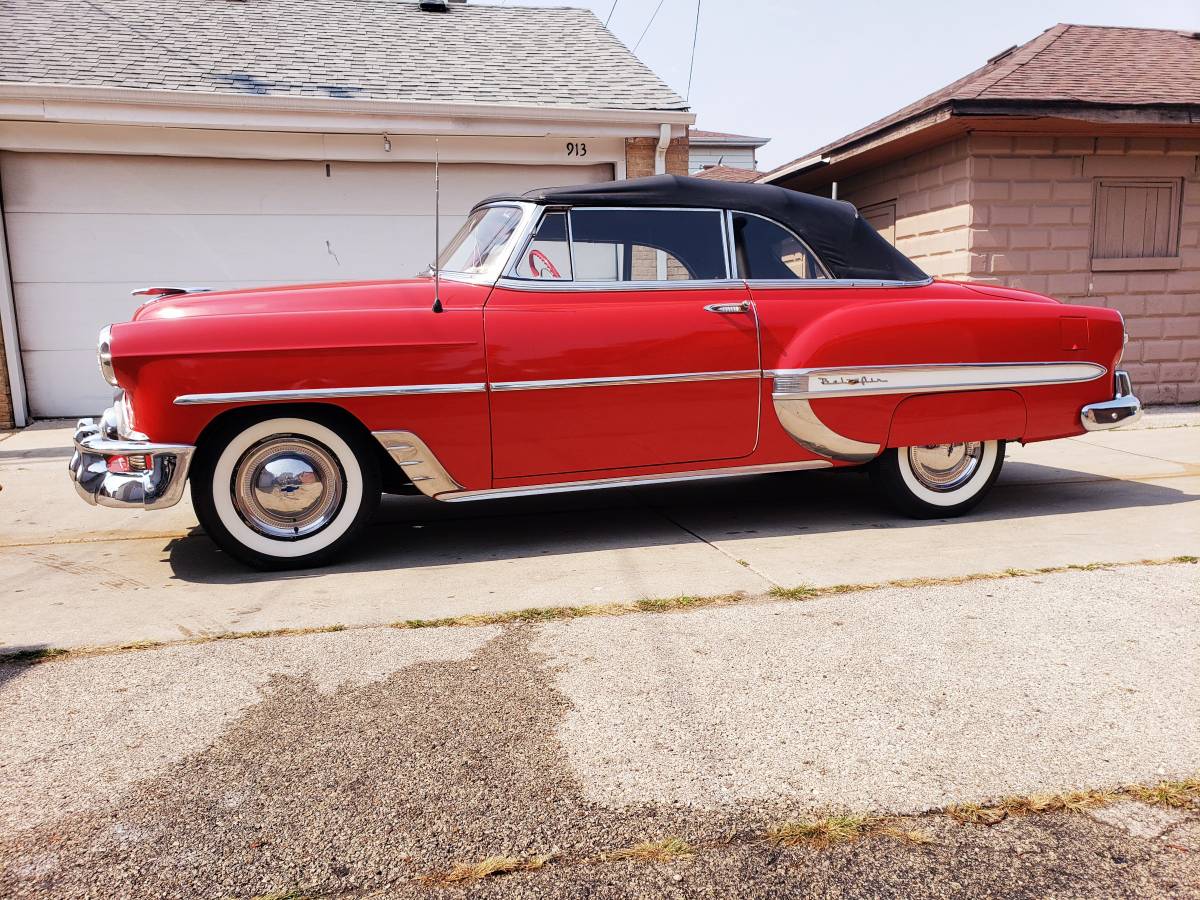 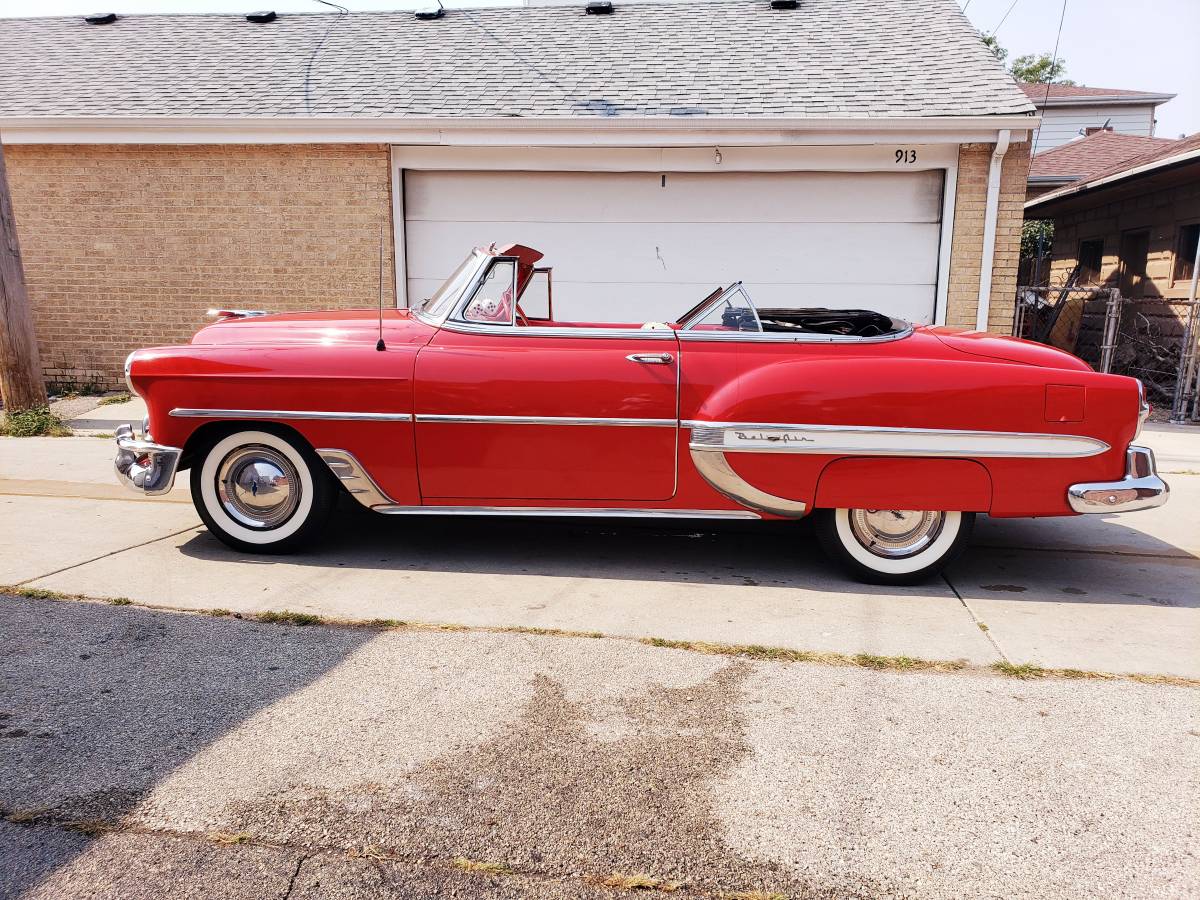 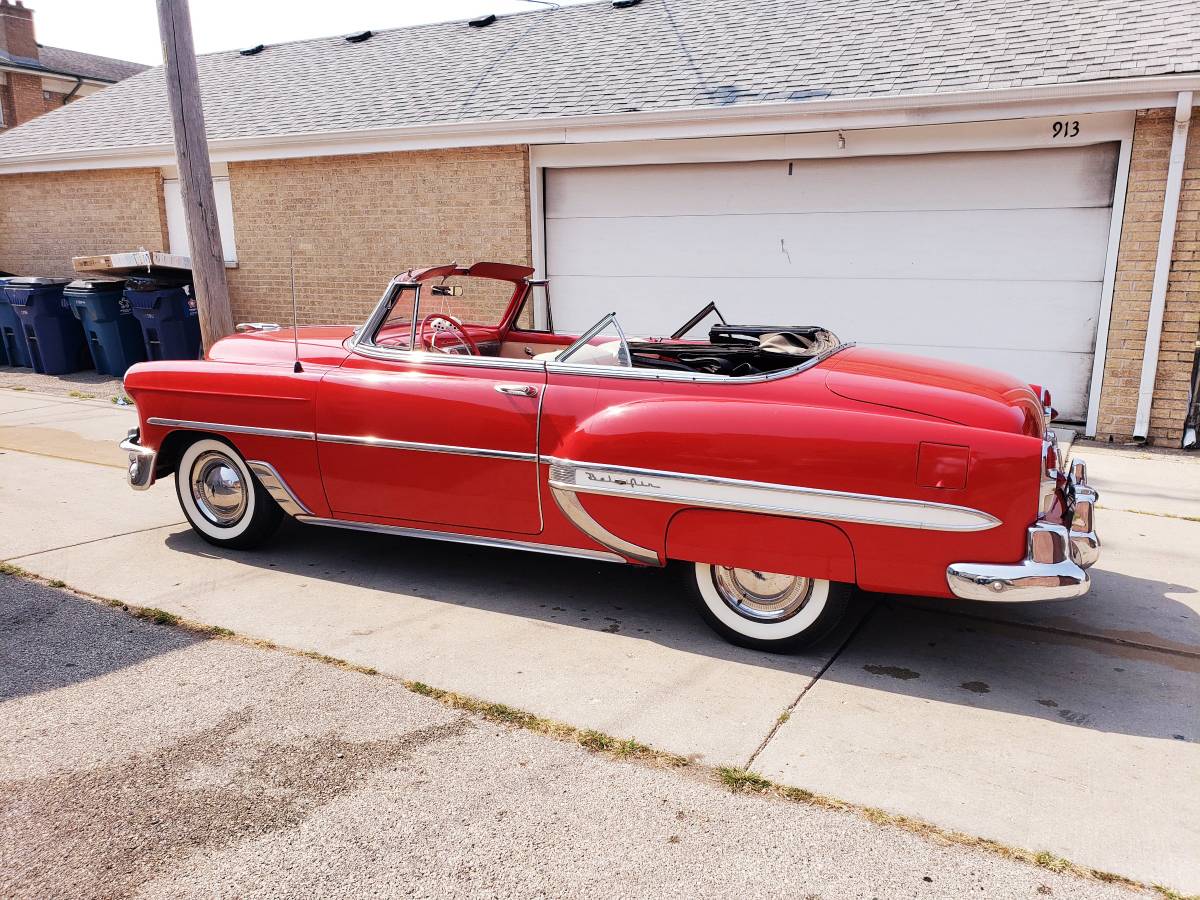 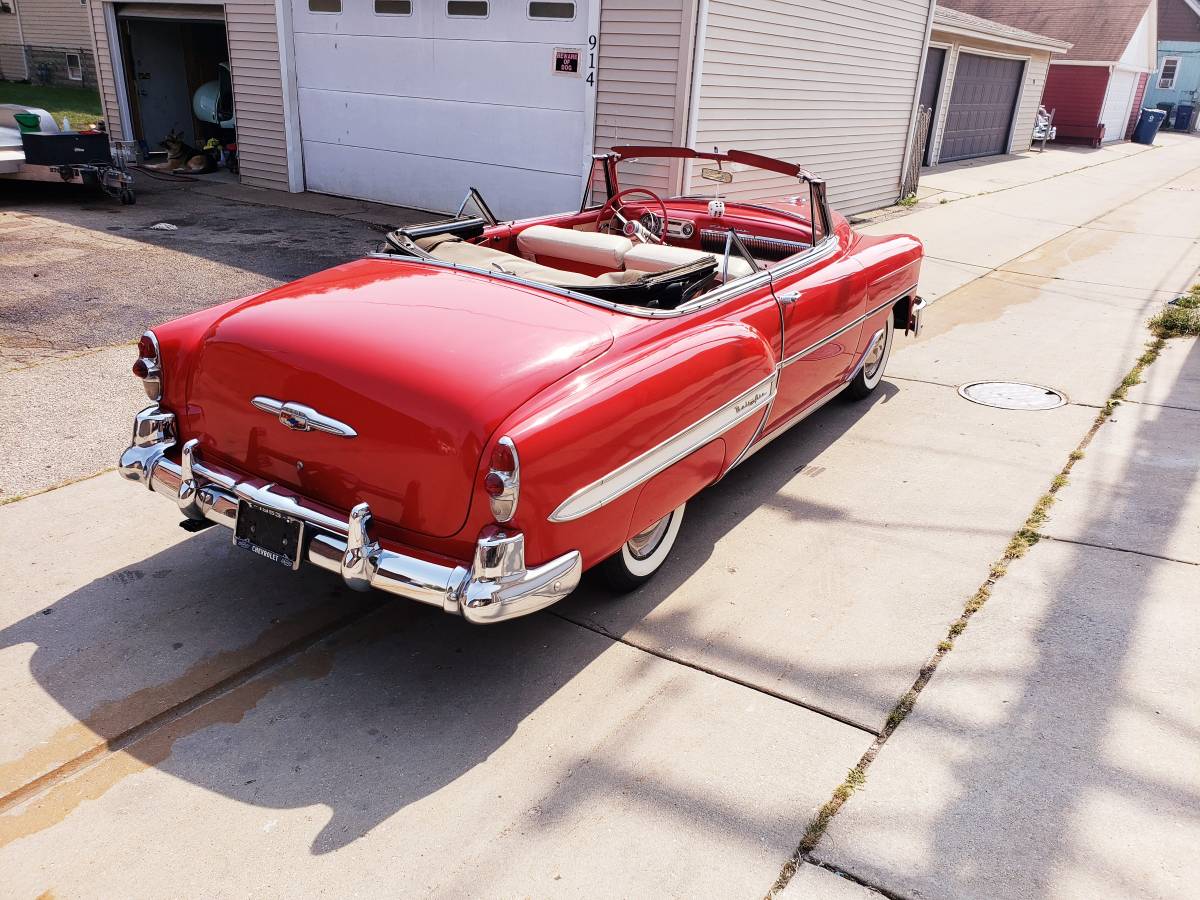 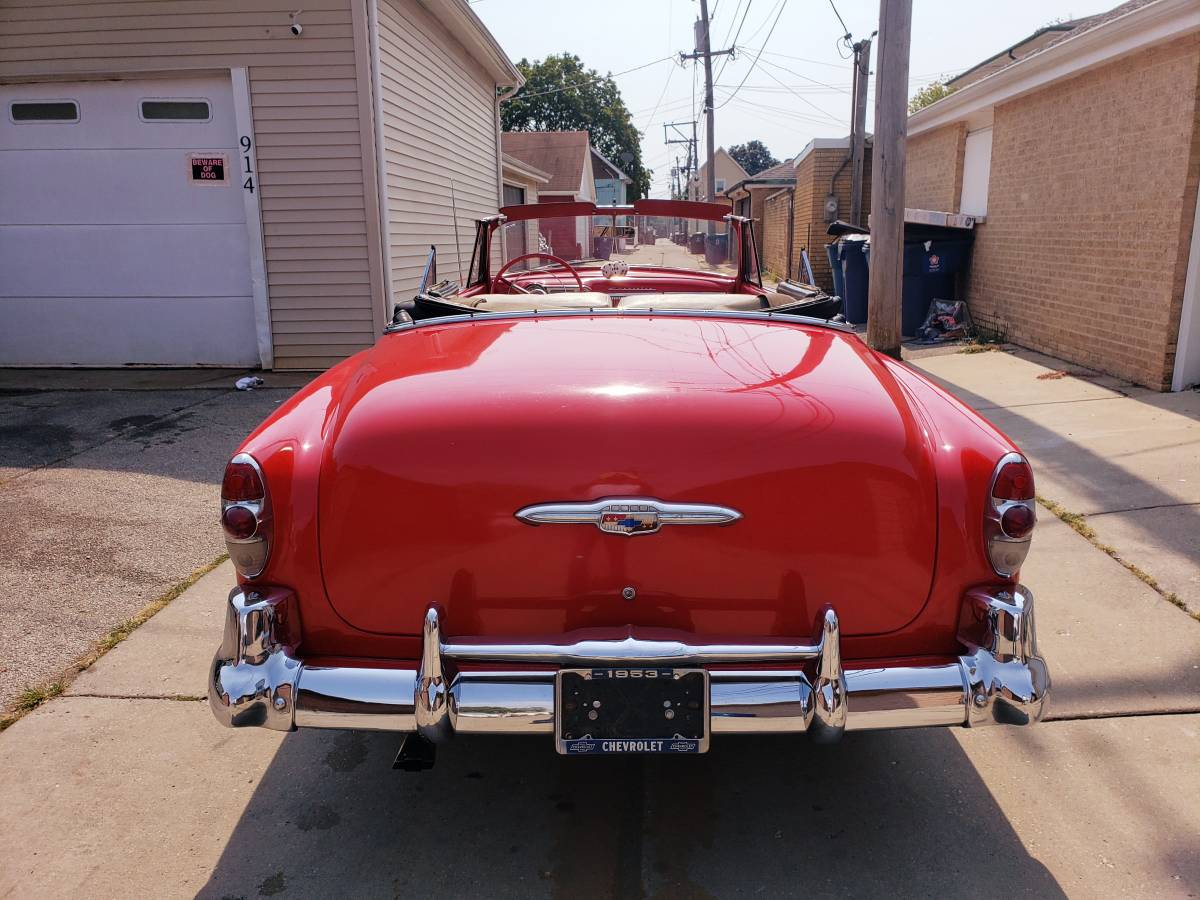 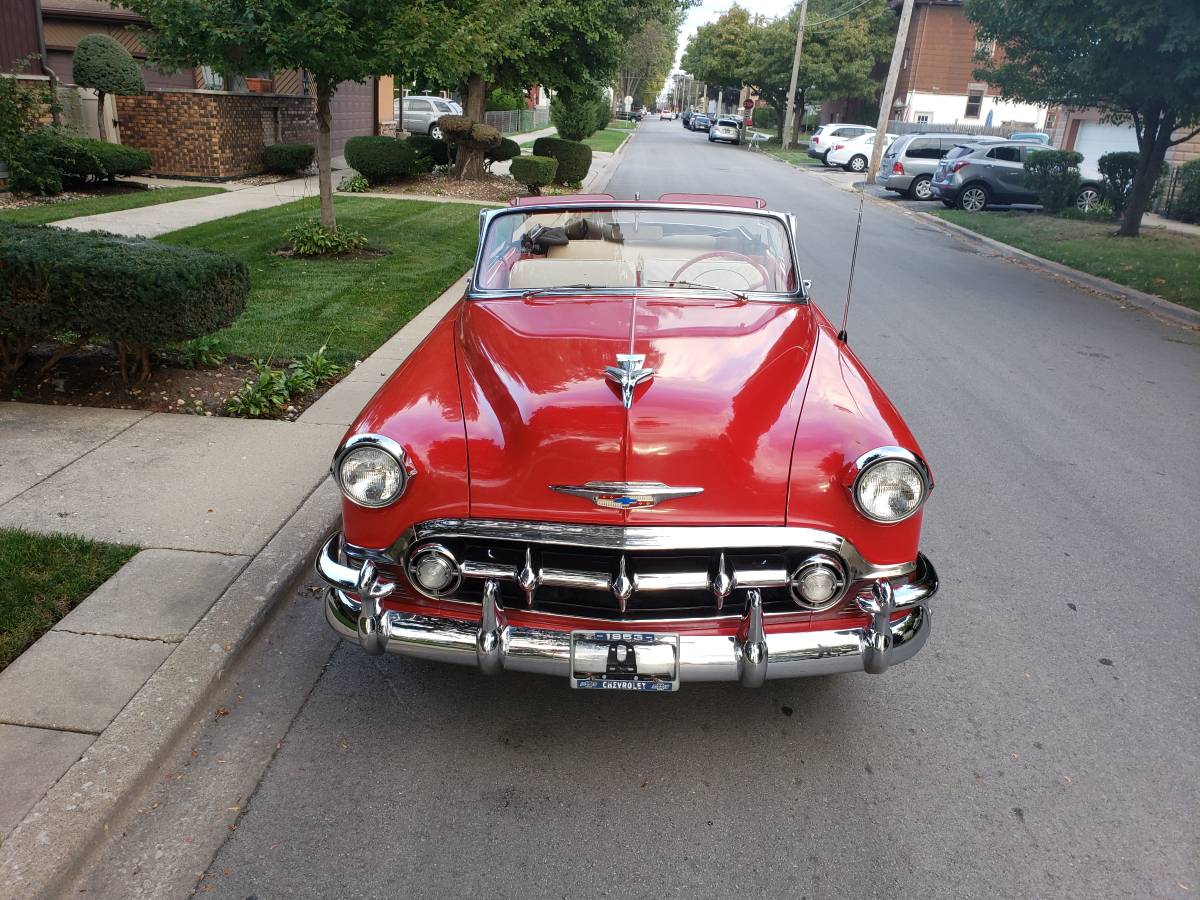 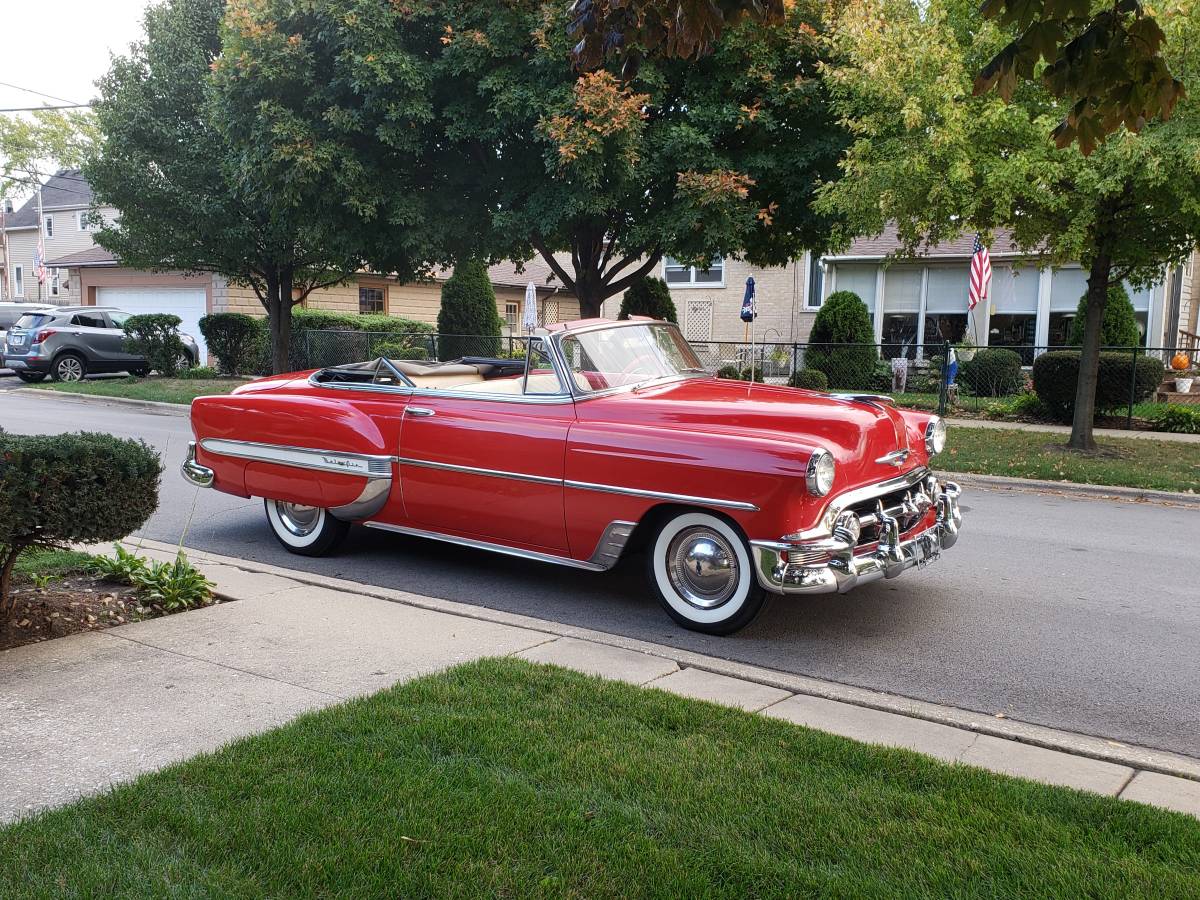 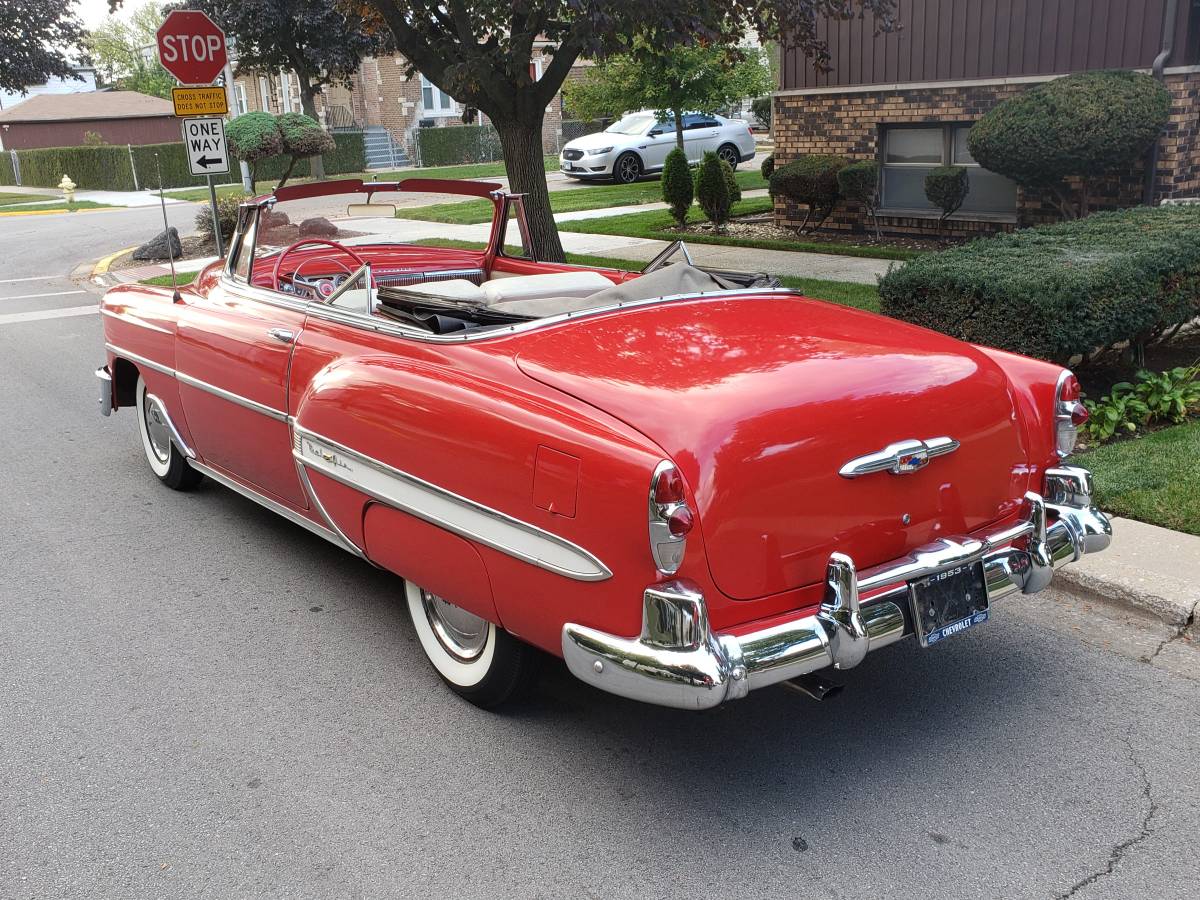 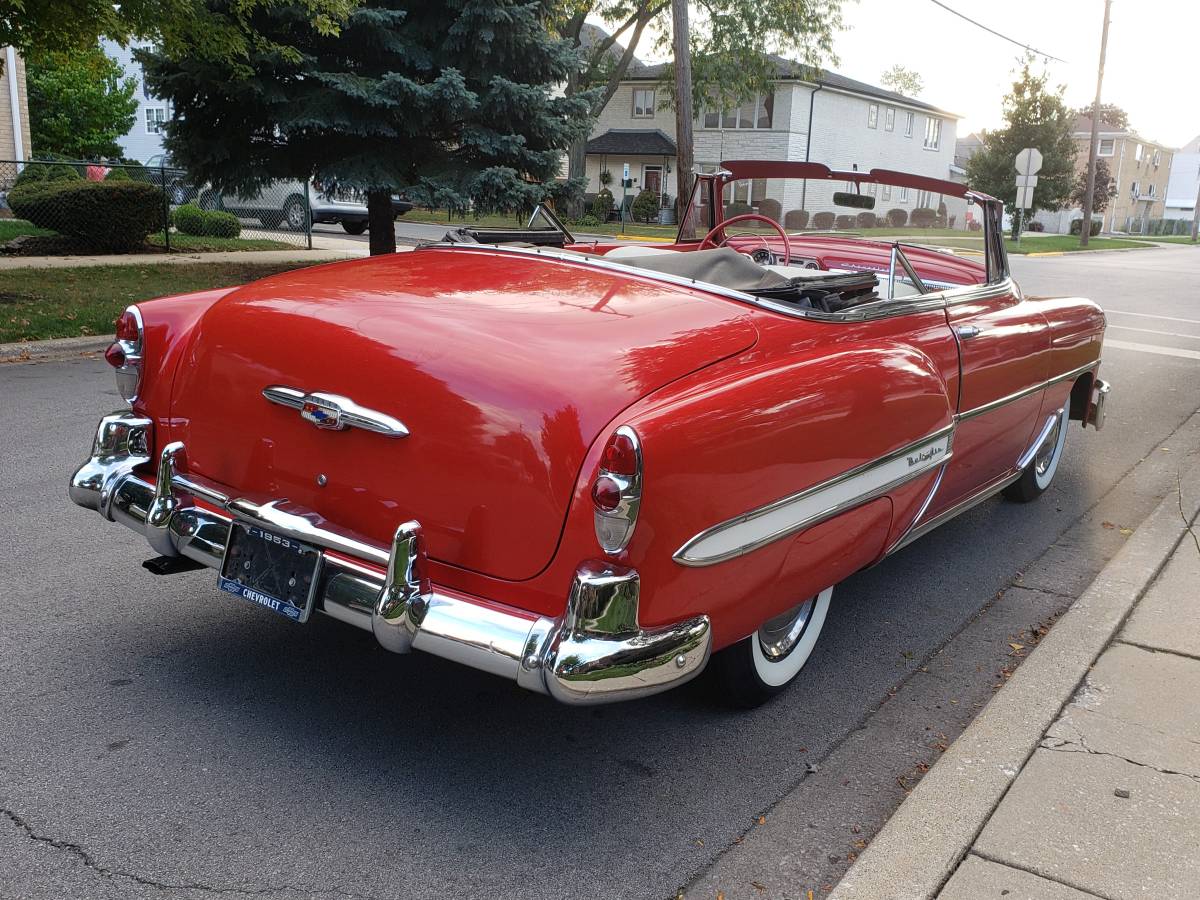 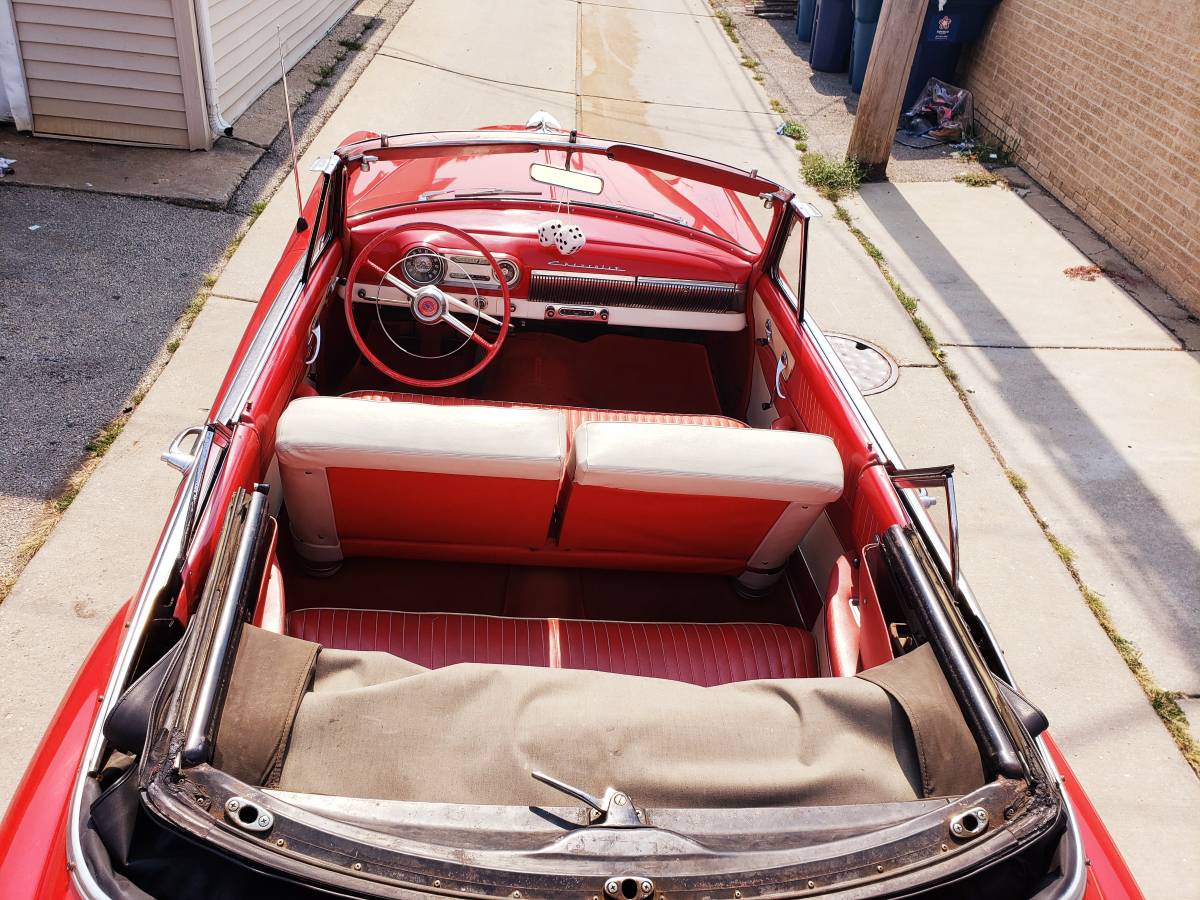 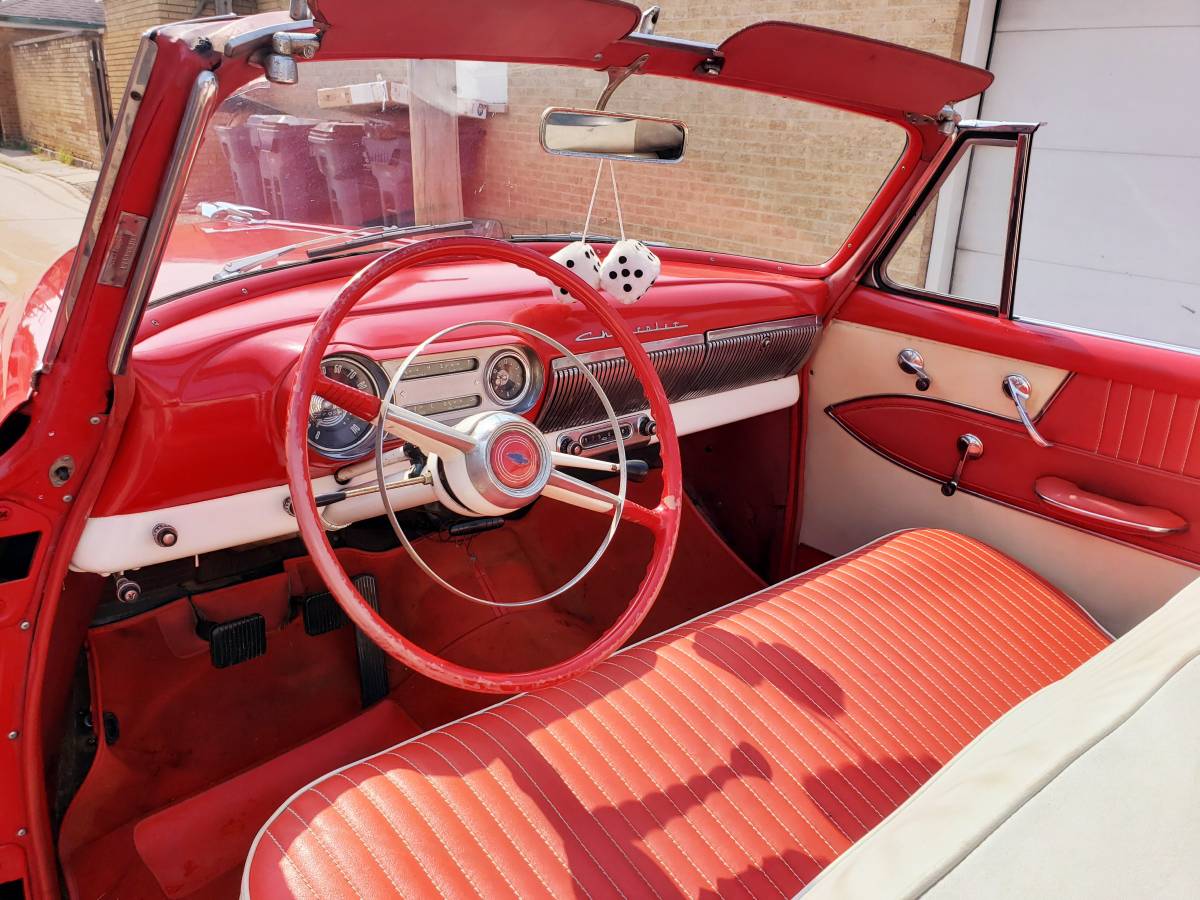 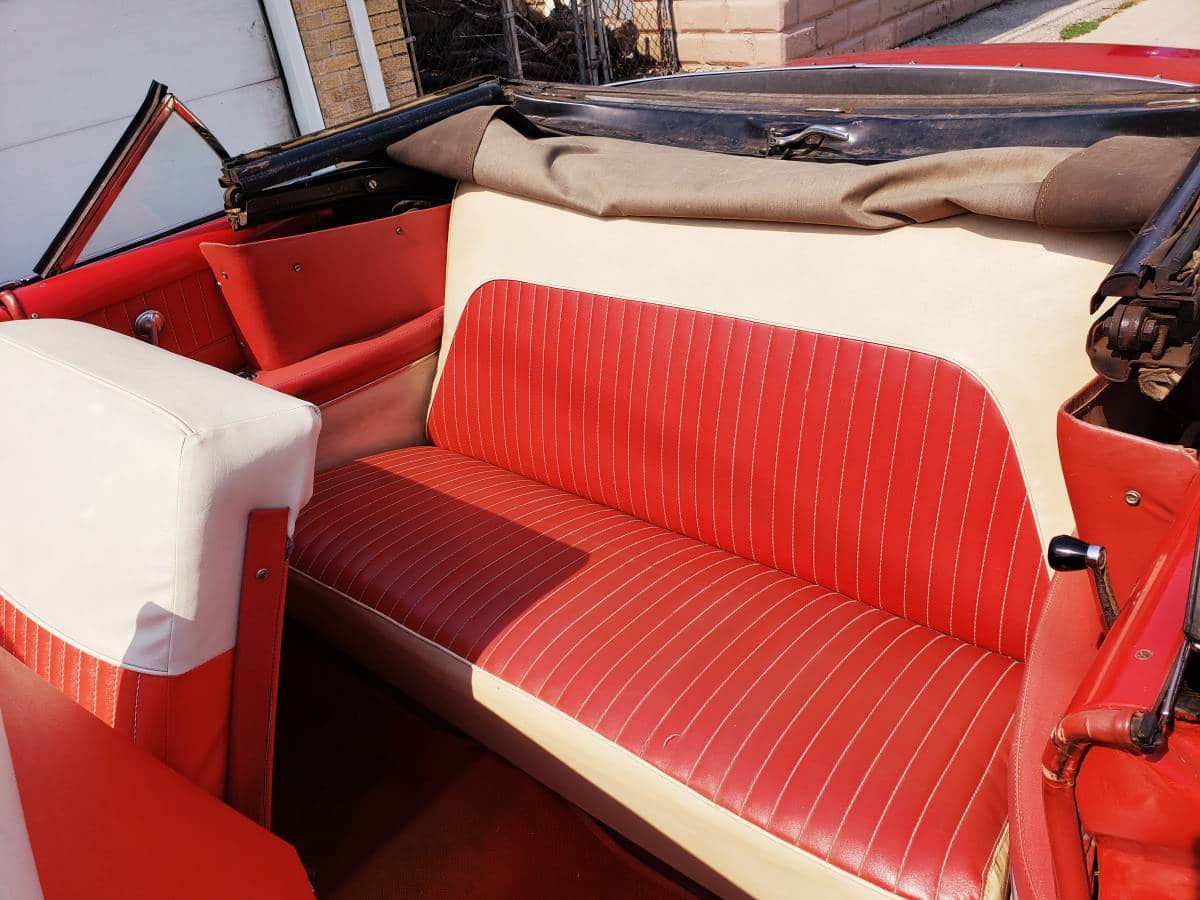 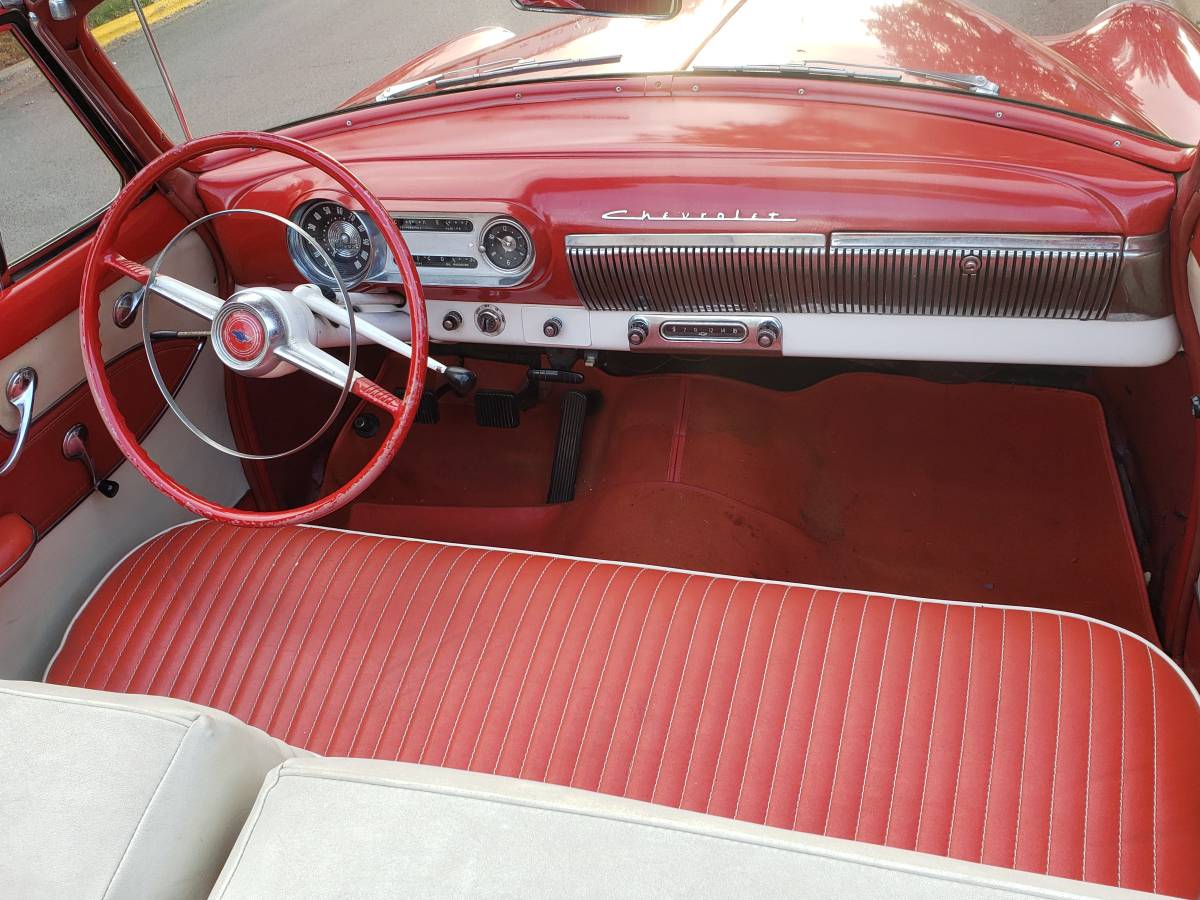 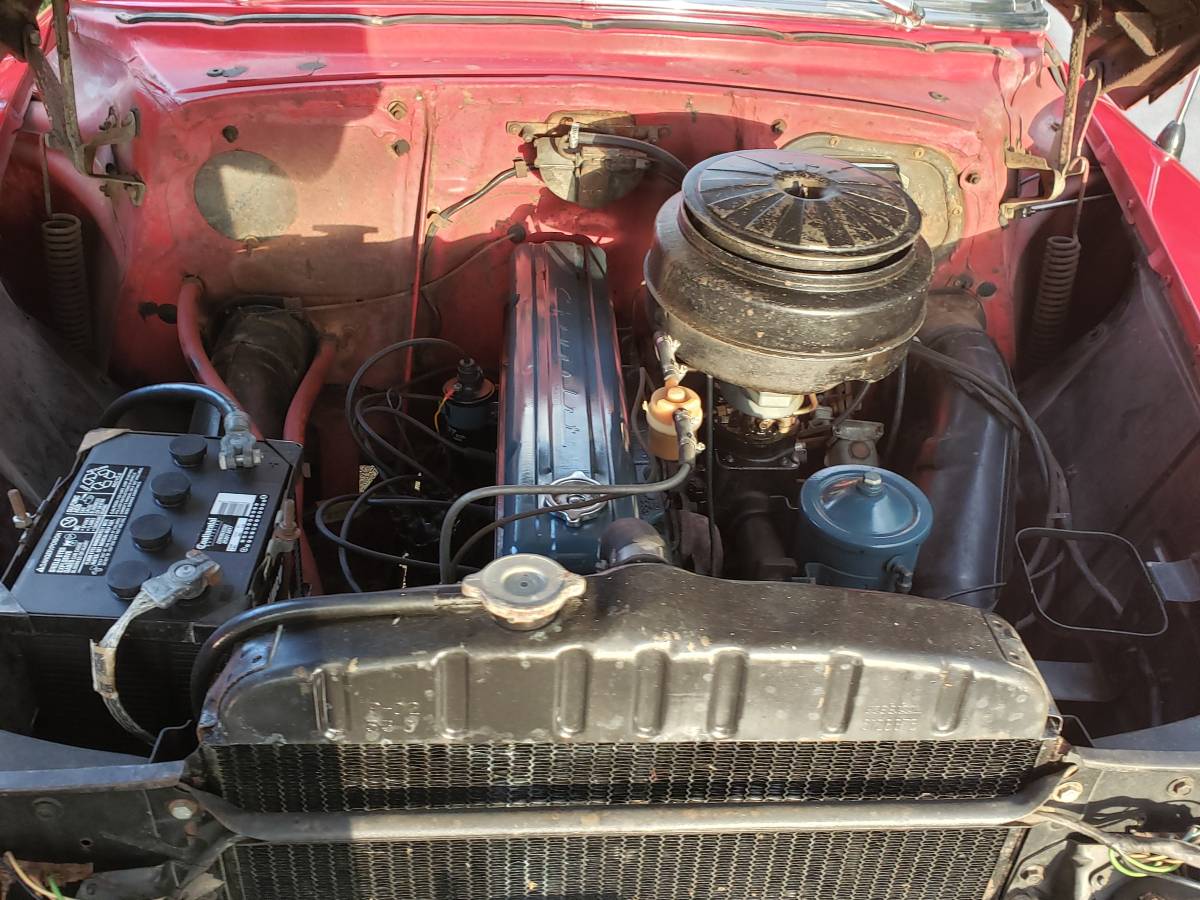 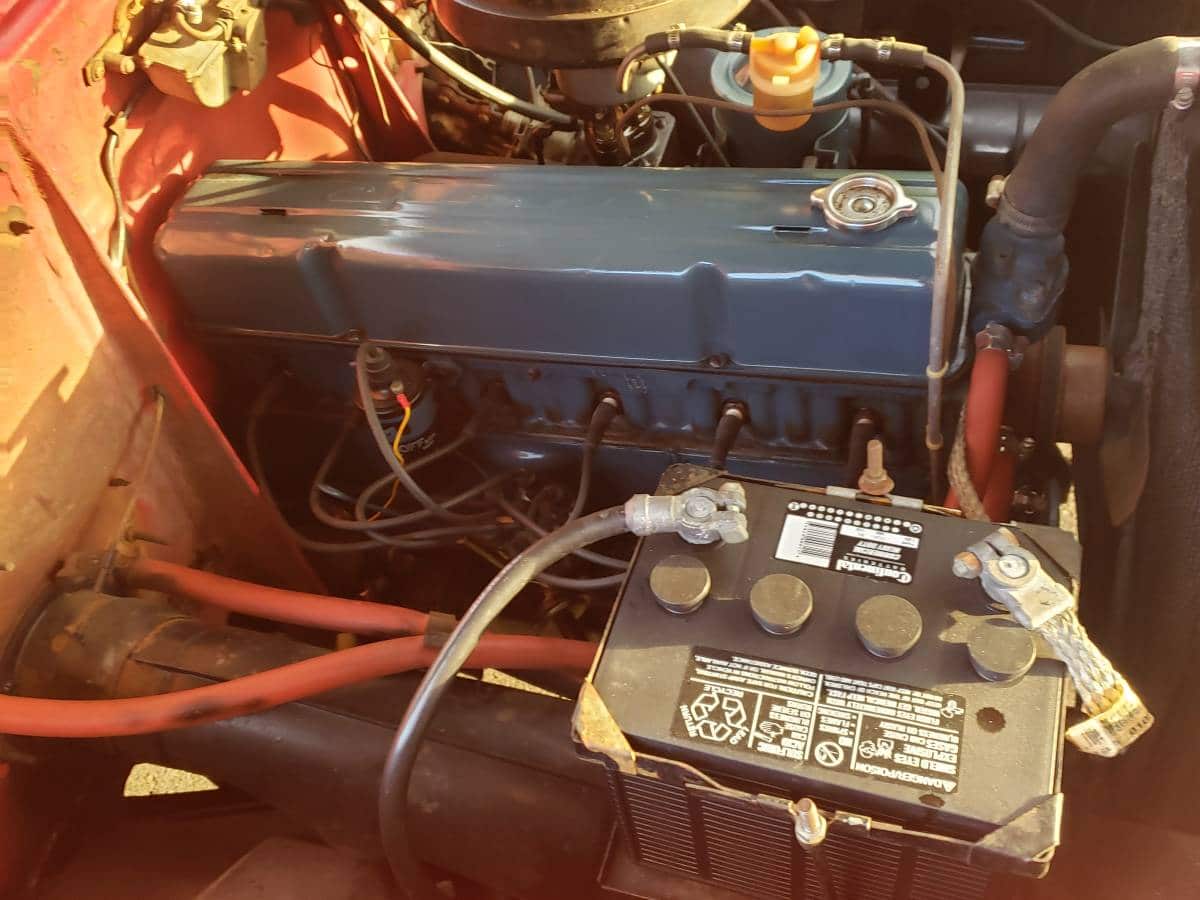 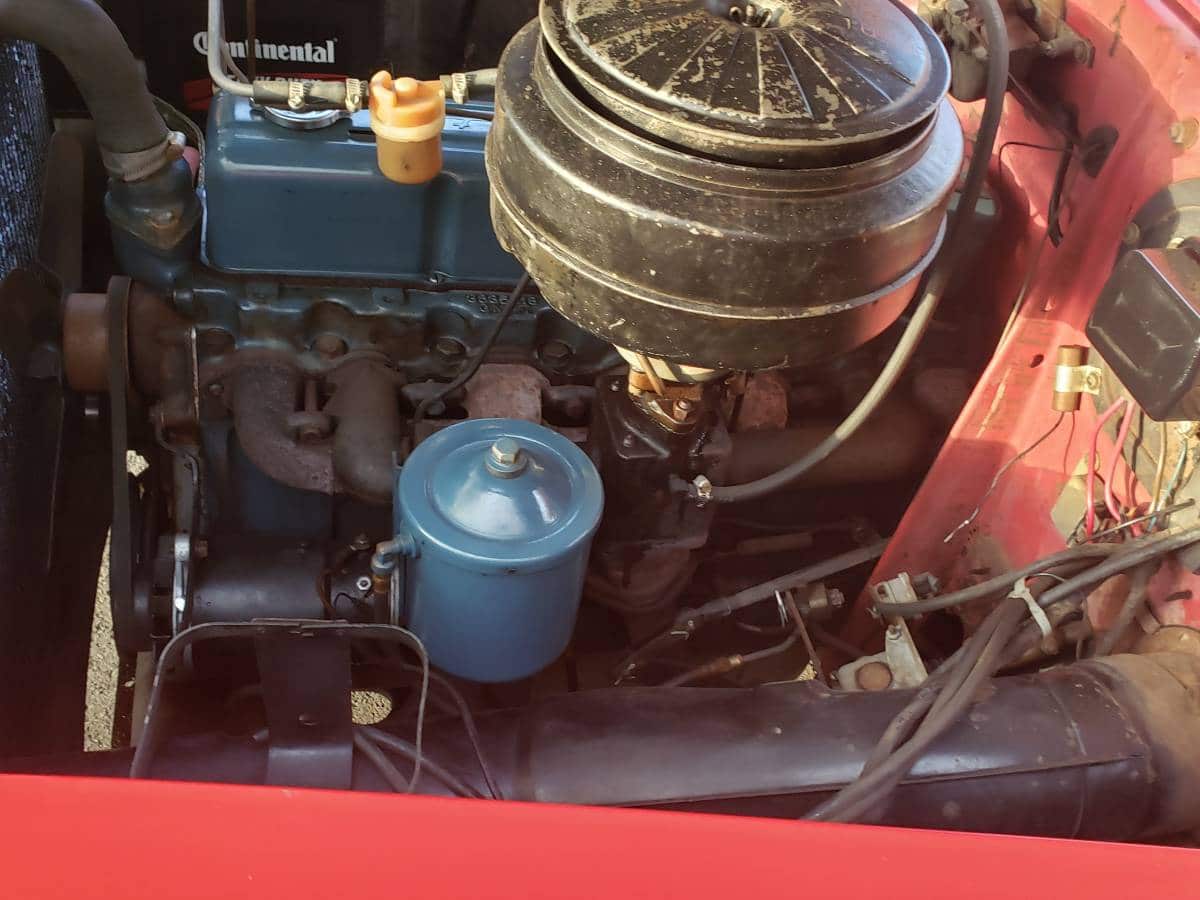 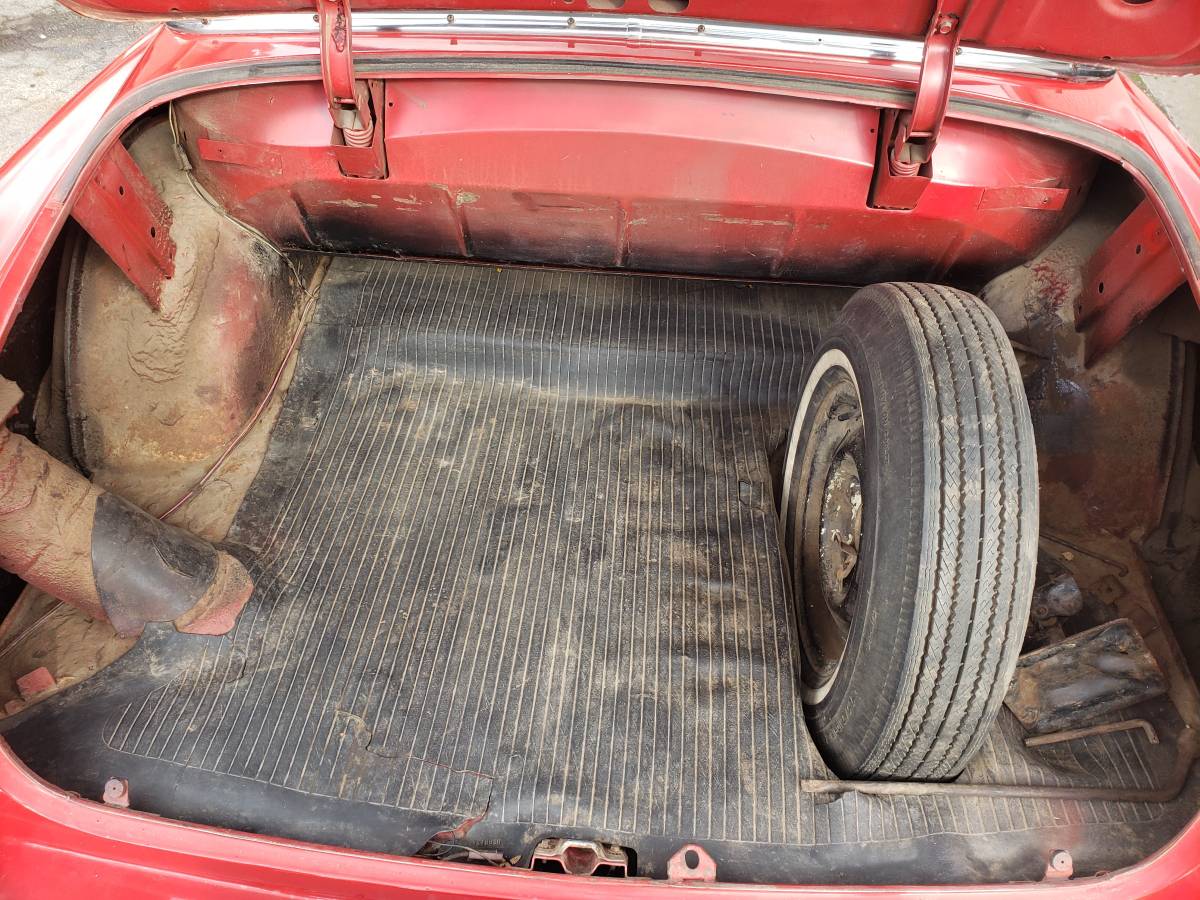 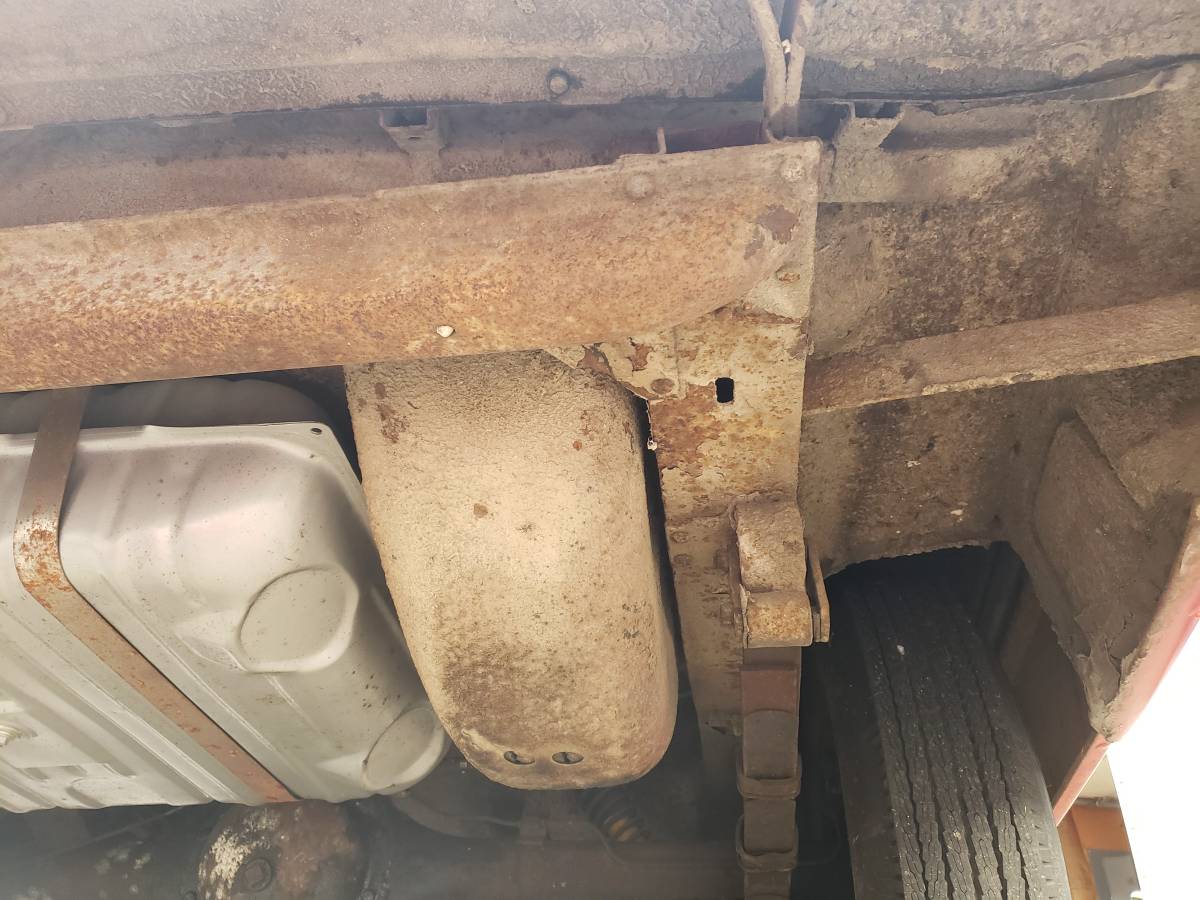 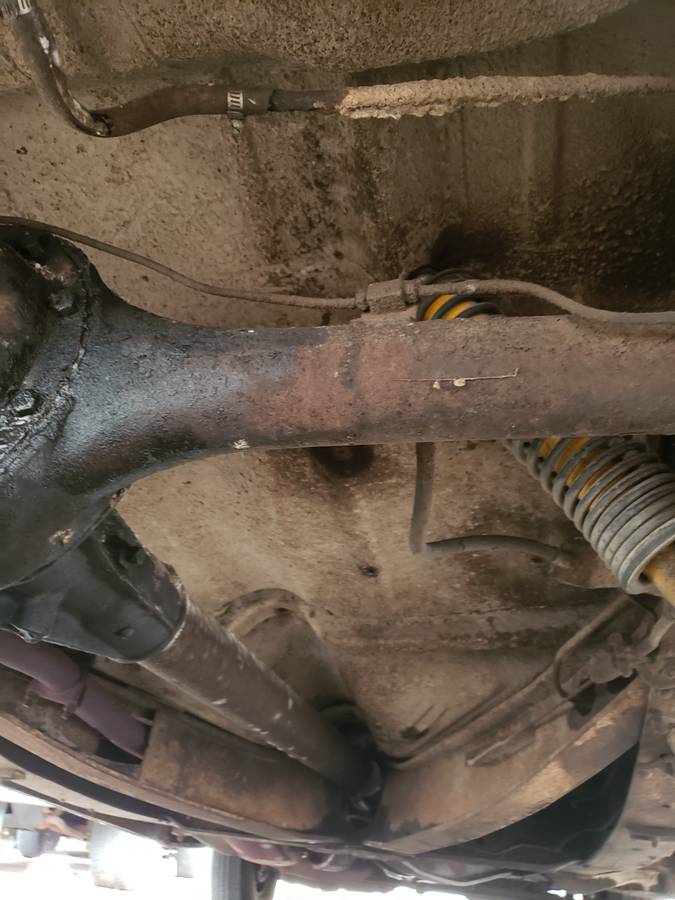 December 15, 2021 Update – We just confirmed the listing for this “Classifind” expired, so with no replacement found we’re assuming this ride “Sold?” While this one got away, please reach out either by email or call us directly if you’d like to be informed when we come across something similar.

Long a favorite of customizers, these days it’s somewhat hard to find a 1953 Bel Air that hasn’t been modified in some way, shape, or form. The combination of great photographs, stock condition, and classic red color combination caught our eye when we came across this 1953 Chevrolet Bel Air Convertible originally listed in November 2021 on Craigslist in Melrose Park, Illinois (Chicago) reported being in “original condition.” You’ll need to confirm with the seller whether that means this Bel Air is indeed a survivor or just benefits from being kept in stock condition as it’s been refreshed over the years.

Currently offered for $45,000, comparing that price against the Hagerty Insurance Online Valuation Tool confirms the private seller has their 1953 Bel Air convertible priced between this guide’s #2 “Excellent” estimate of $44,300 and its #1 “Concours” appraisal of $58,800.  Similarly, the Collector Car Market Review Online Tool reveals the seller’s ask falls between this guide’s #2 “Very Good” estimate of $38,900 and its #1 “Excellent” appraisal of $60,000.

Chevrolet produced its Bel Air as a full-size car across seven generations from 1950 through 1975 in the U.S (Fun fact, Chevrolet continued the Bel Air name through 1981 in Canada). When Chevrolet launched the first generation Bel Air in 1950, the name only applied to the two-door pillarless hardtop models to distinguish those from the more traditional Styleline and Fleetline models.

Then for the 1953 model year, Chevrolet renamed its series, and the Bel Air name was applied to the premium model range. Two lower series, the 150 and 210, also emerged (as successors to the Special and Deluxe series, respectively). Chevrolet advertised the 1953 Bel Air as “Entirely new through and through,” due to the restyled body panels, front and rear ends. However, essentially these Chevrolets had similar frames and mechanicals to the 1949–1952 cars.

The Bel Air was given a facelift in 1953. The pre-war technology, such as torque tube drive, six-cylinder splash feed engines, knee-action suspension, and split windshields of the early models was phased out and the foundations for the first post-war modern Chevrolet passenger car were finalized. The Bel Air series featured a wide chrome strip of molding from the rear fender bulge to the rear bumper. The inside of this stripe was painted a coordinating color with the outside body color, and “Bel Air” scripts were added inside the strip. Lesser models had no model designation anywhere on the car, having only a Chevy crest on the hood and trunk. 1953 was the first year for a curved, one-piece windshield.

Bel Air interiors had an optional massive expanse of chrome across the lower part of the dashboard (most were painted), along with a deluxe Bel Air steering wheel with a full chrome horn ring. Carpeting and full wheel covers rounded out Bel Air standard equipment.  During these years, there were three engine choices, depending on the transmission ordered. Both 235 cubic inch engines were “Blue Flame” inline six-cylinder OHV engines, featuring hydraulic valve lifters (in 1953 with automatic transmissions) and aluminum pistons. The 106 horsepower 235 cubic inch displacement engine was standard on stickshift models, with solid lifters and splash plus pressure lubrication including babbitt bearings. Powerglide cars received 115 horsepower version which had hydraulic lifters and full-pressure lubrication.

The US Auto Industry YouTube Channel features this 1953 Chevrolet commercial with Dinah Shore singing “See the U.S.A in Your Chevrolet”:

Not everyone wants a trailer queen quality show car to win countless trophies with. Some enthusiasts just want to have a fun summer car. That’s what this stock-looking 1953 Chevrolet Bel Air convertible is all about.  The only non-stock item we noticed is the rear seat speaker grilles, which is odd considering the seller mentions this Bel Air even retains its six volts electrical system.

“1953 chevy bel air convertible in its original condition. 235 chevy six-cylinder attached to three-speed column shift manual transmission runs and drives good. It has a new power top motor so the top goes up and down fine. Glass is in good condition and all windows work fine. Still 6-volt system. The car is very solid probably 100% paint is in very good shape shines great it does have a few scratches but nothing bad. Chrome is decent. The engine sounds like a sewing machine runs great. The interior is original in usable condition same with the top, this is not a showroom car. thank you“

Show or go: what would you do with this driver-quality 1953 Bel Air convertible?  Comment below and let us know!