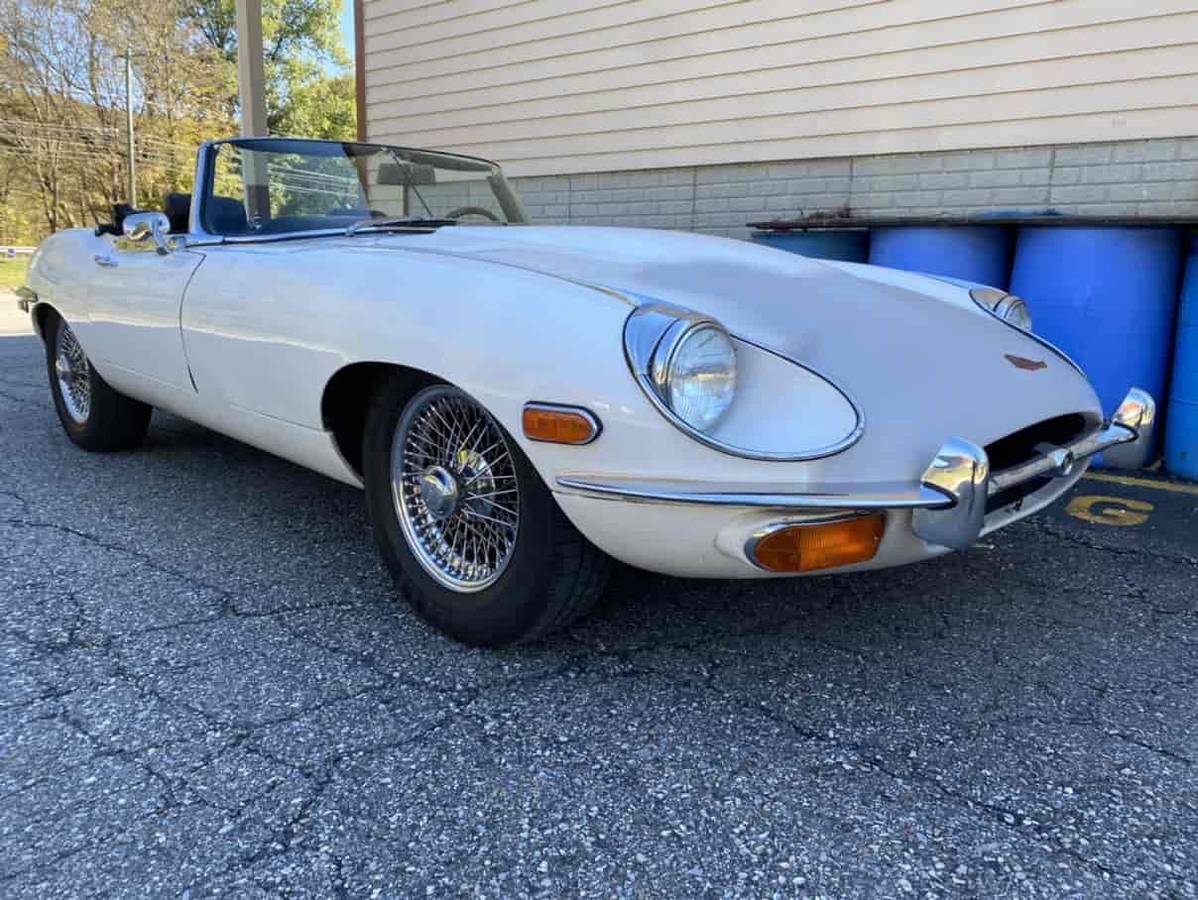 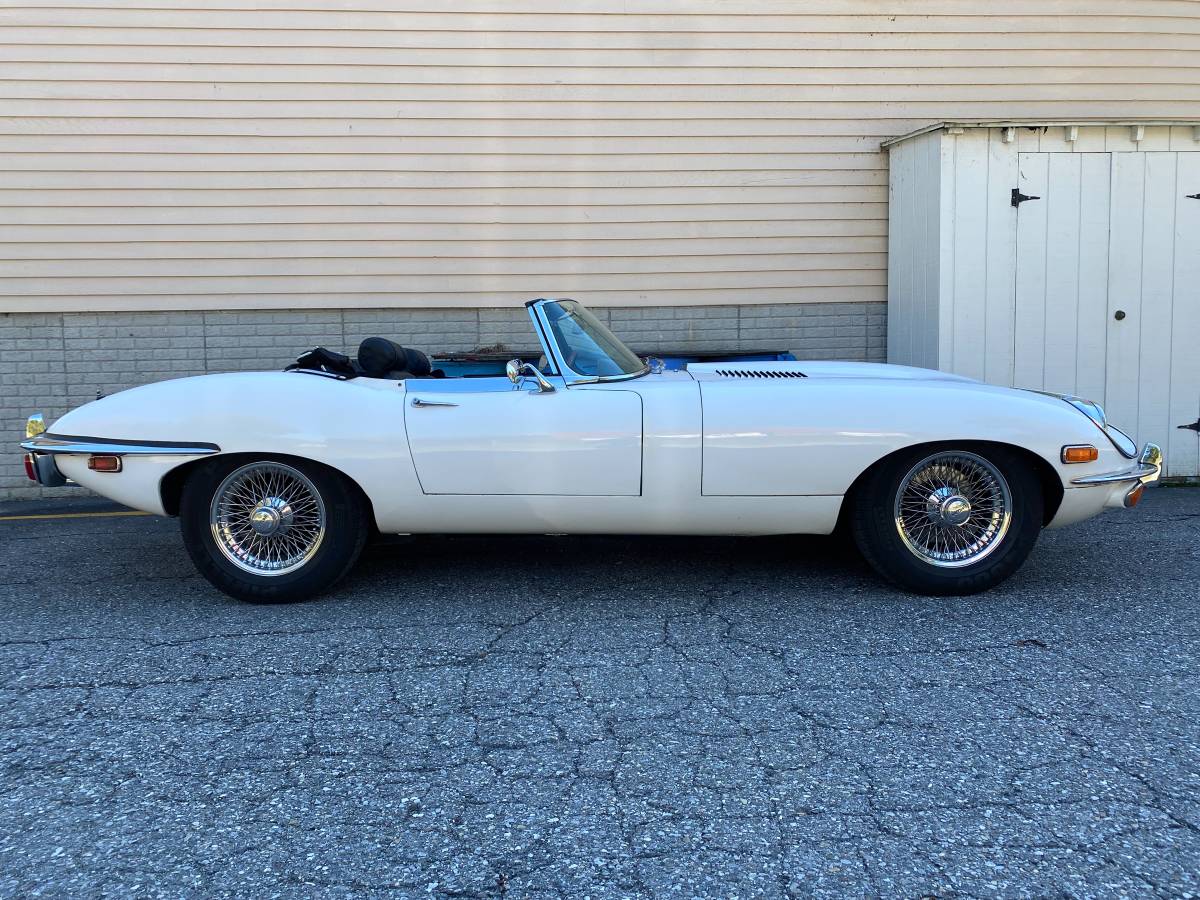 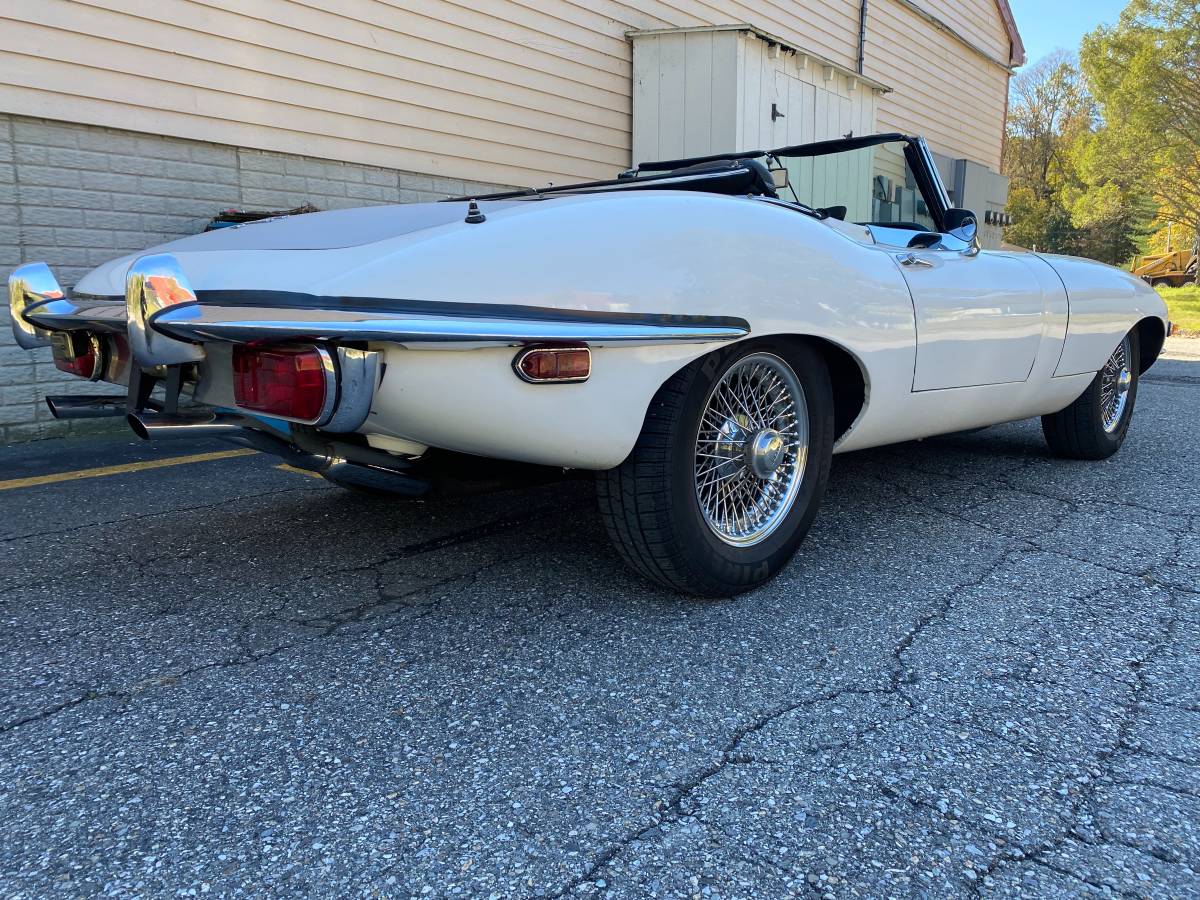 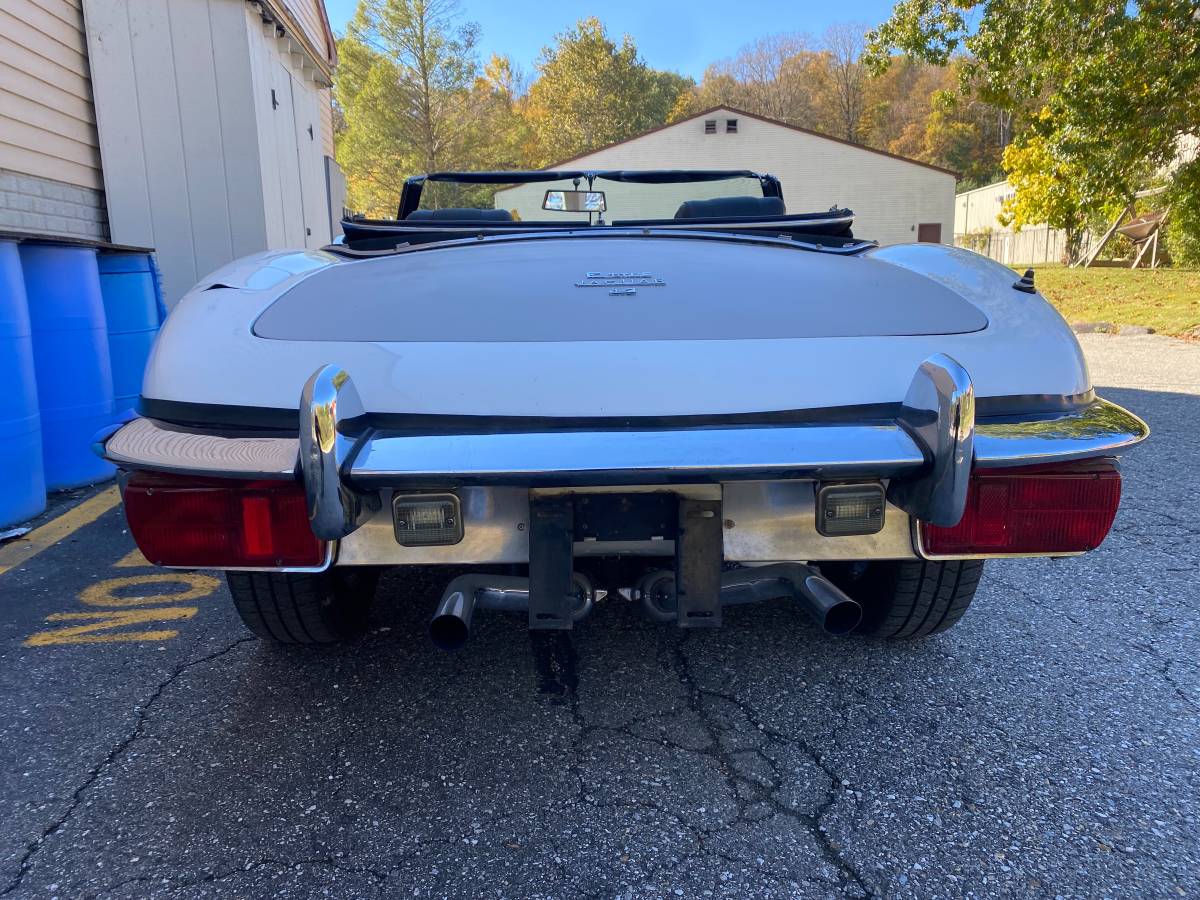 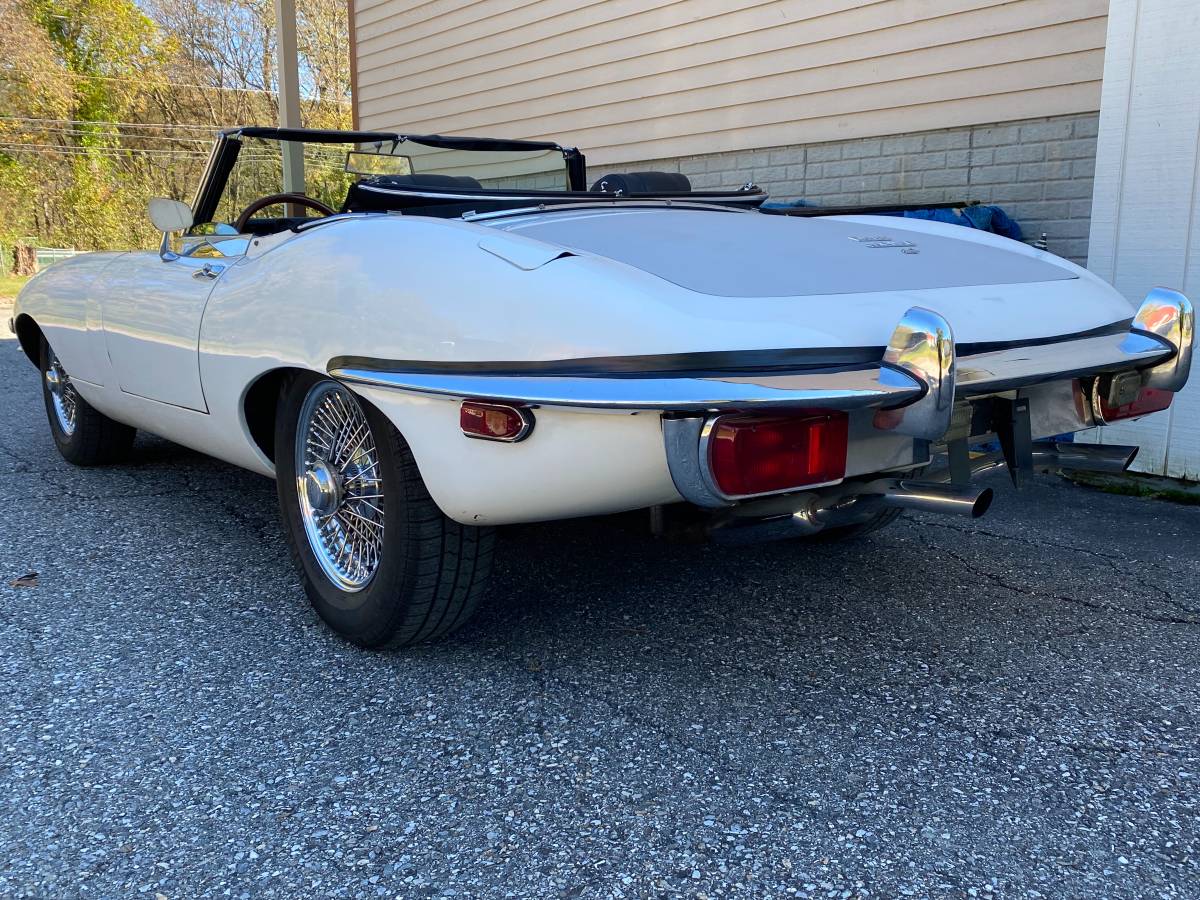 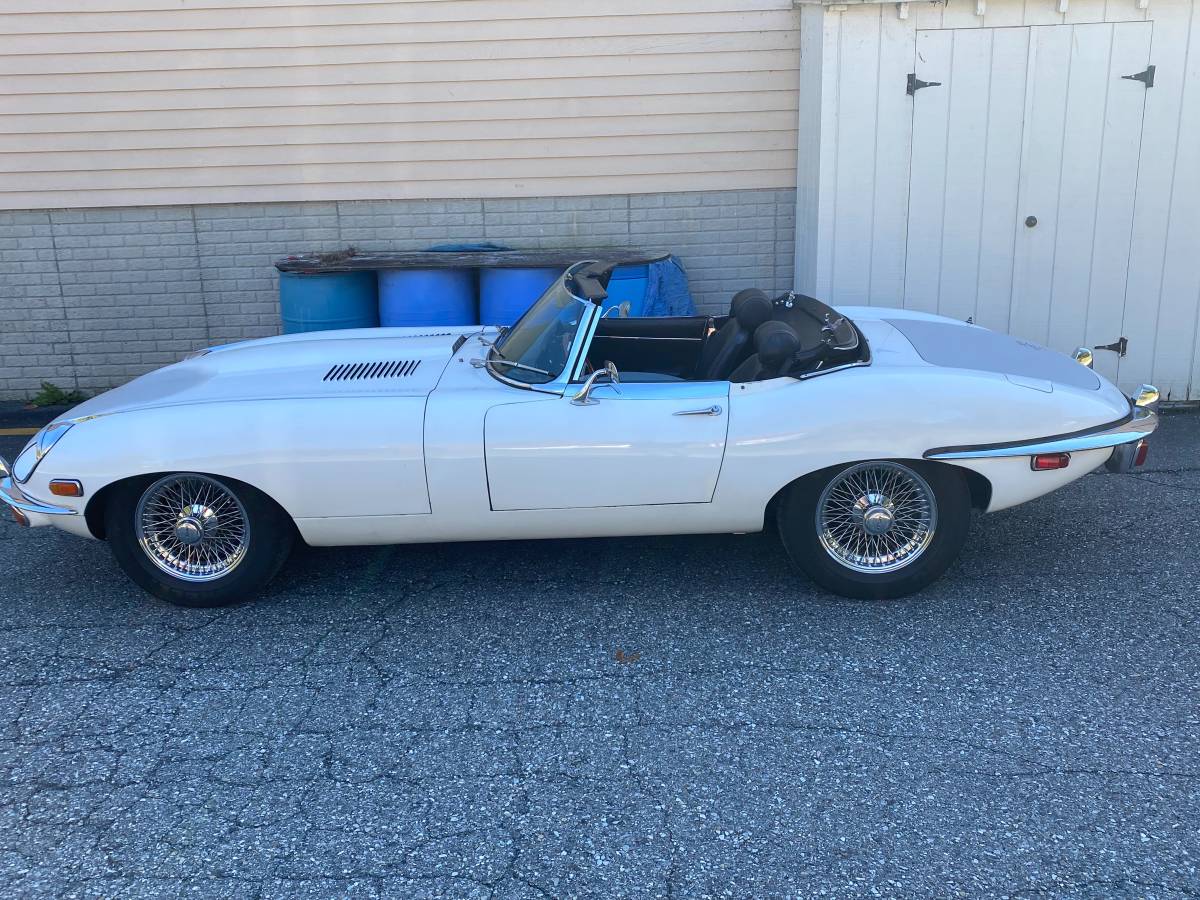 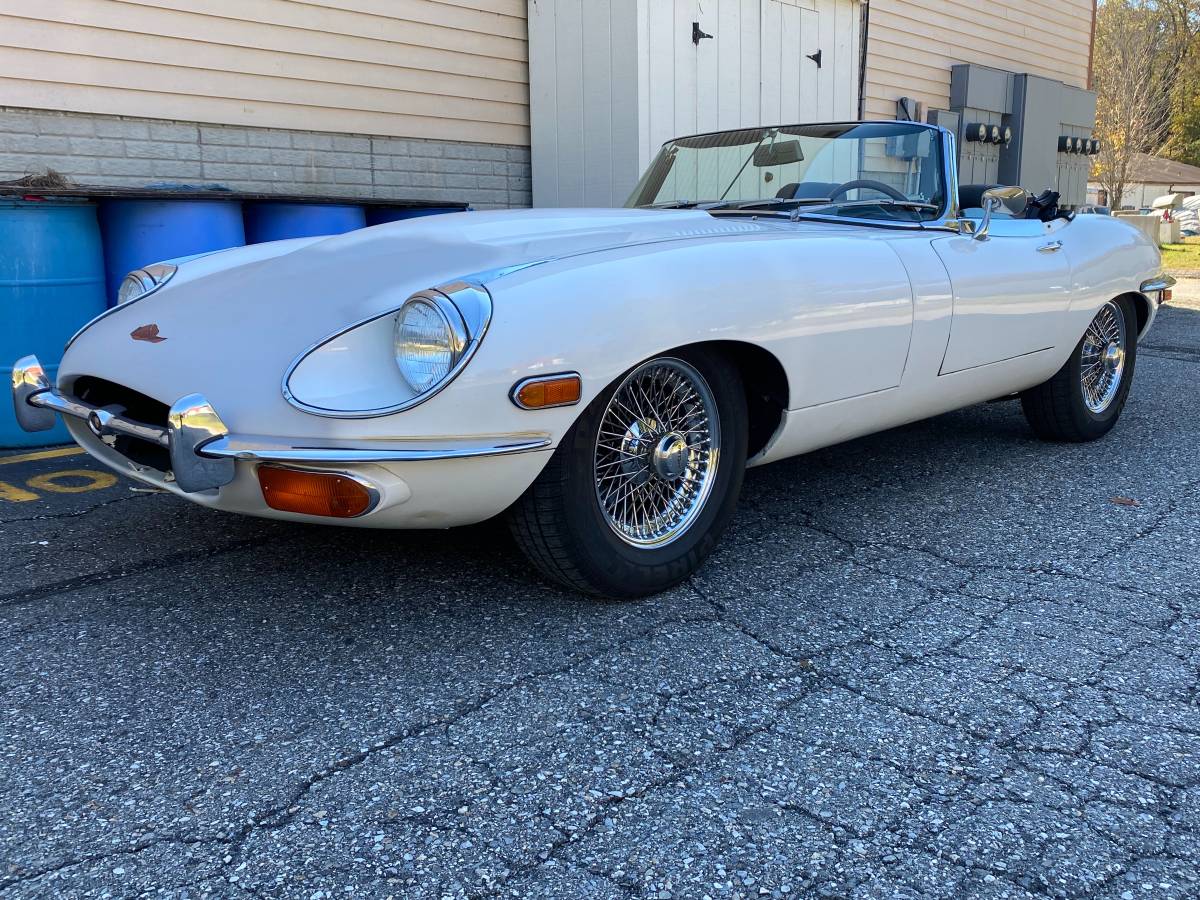 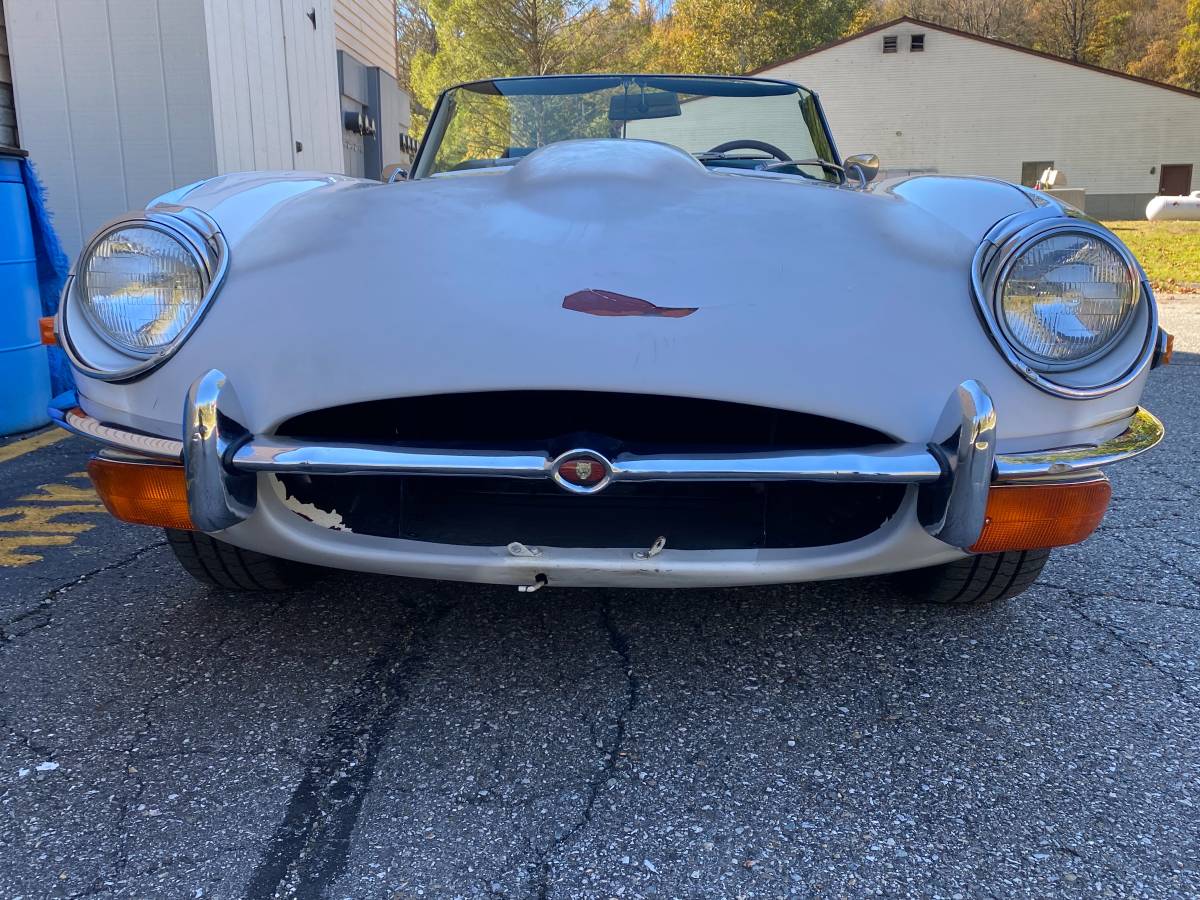 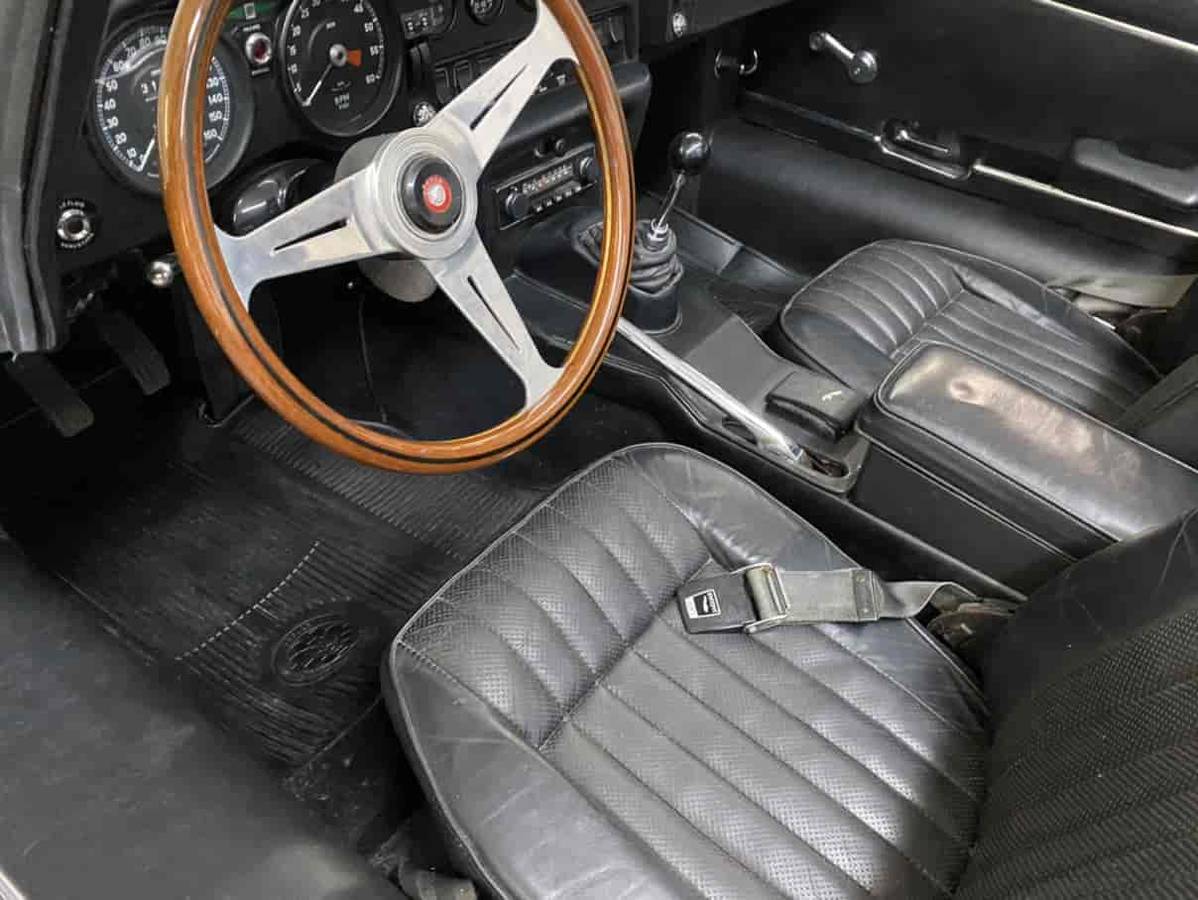 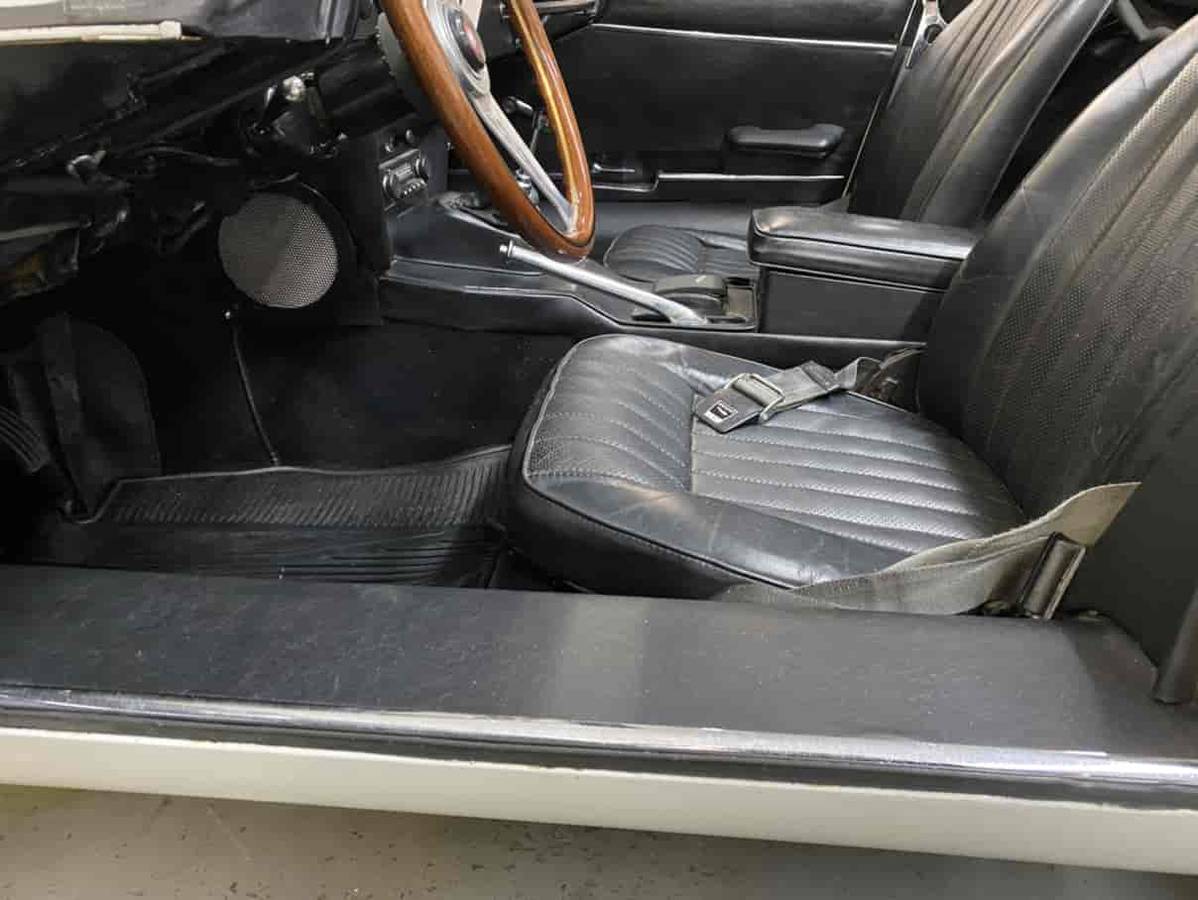 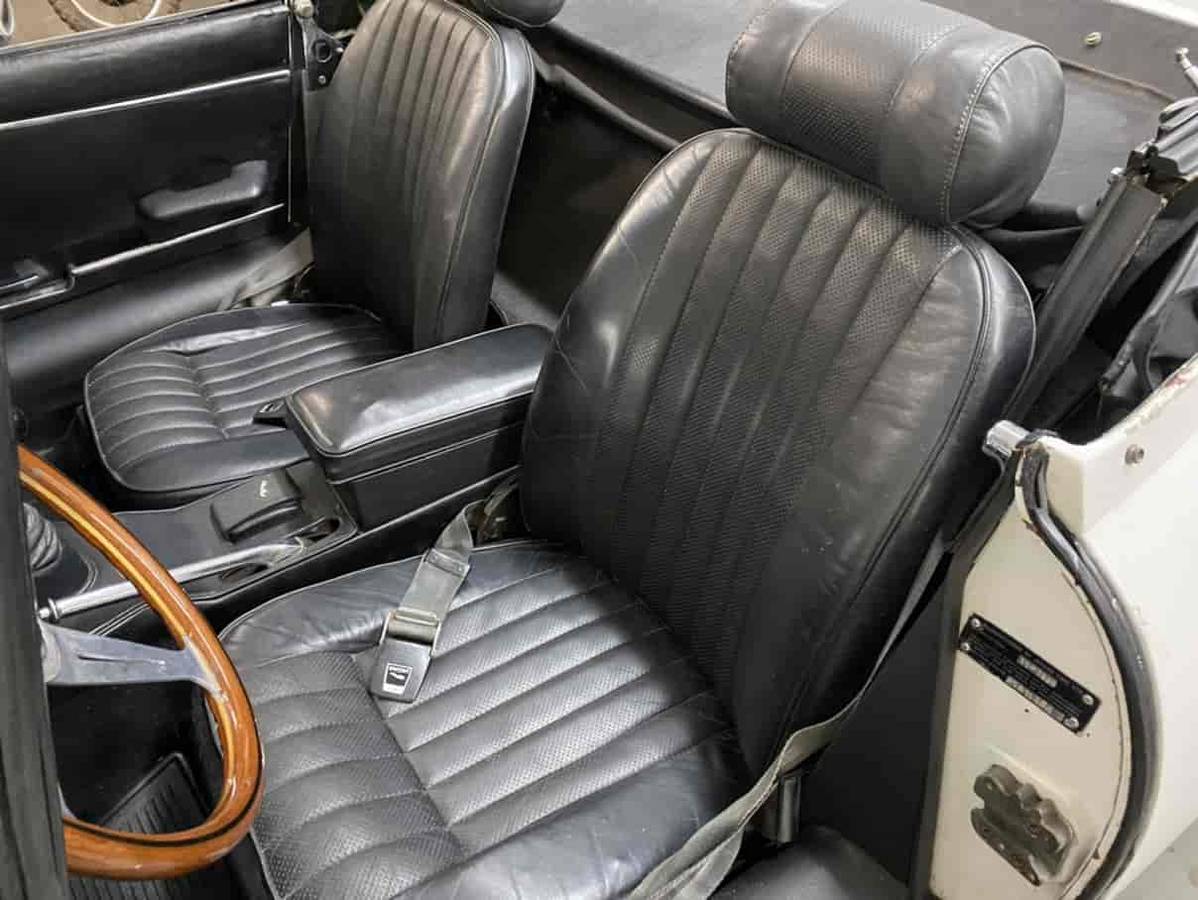 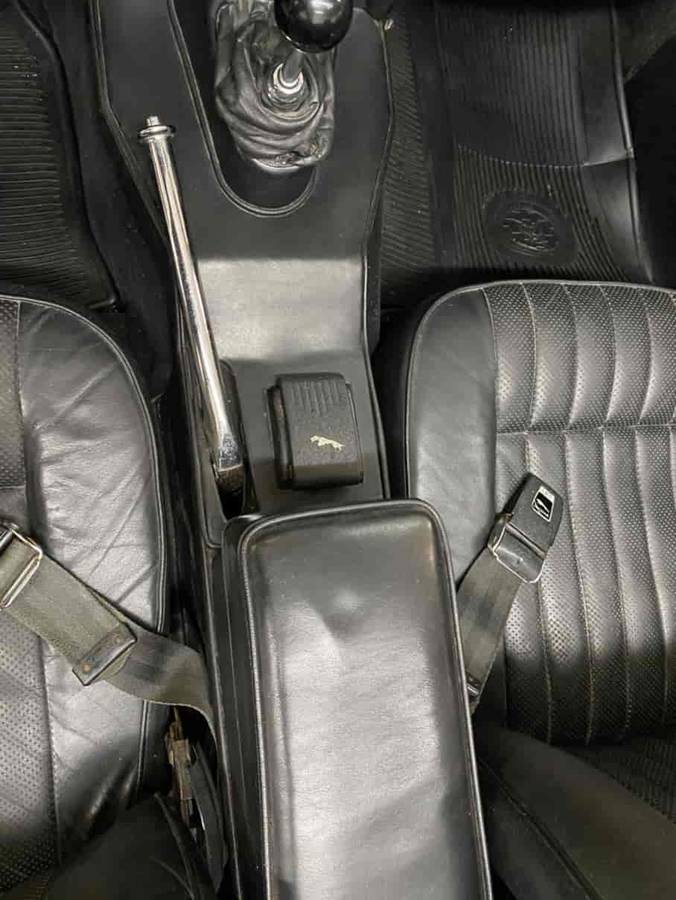 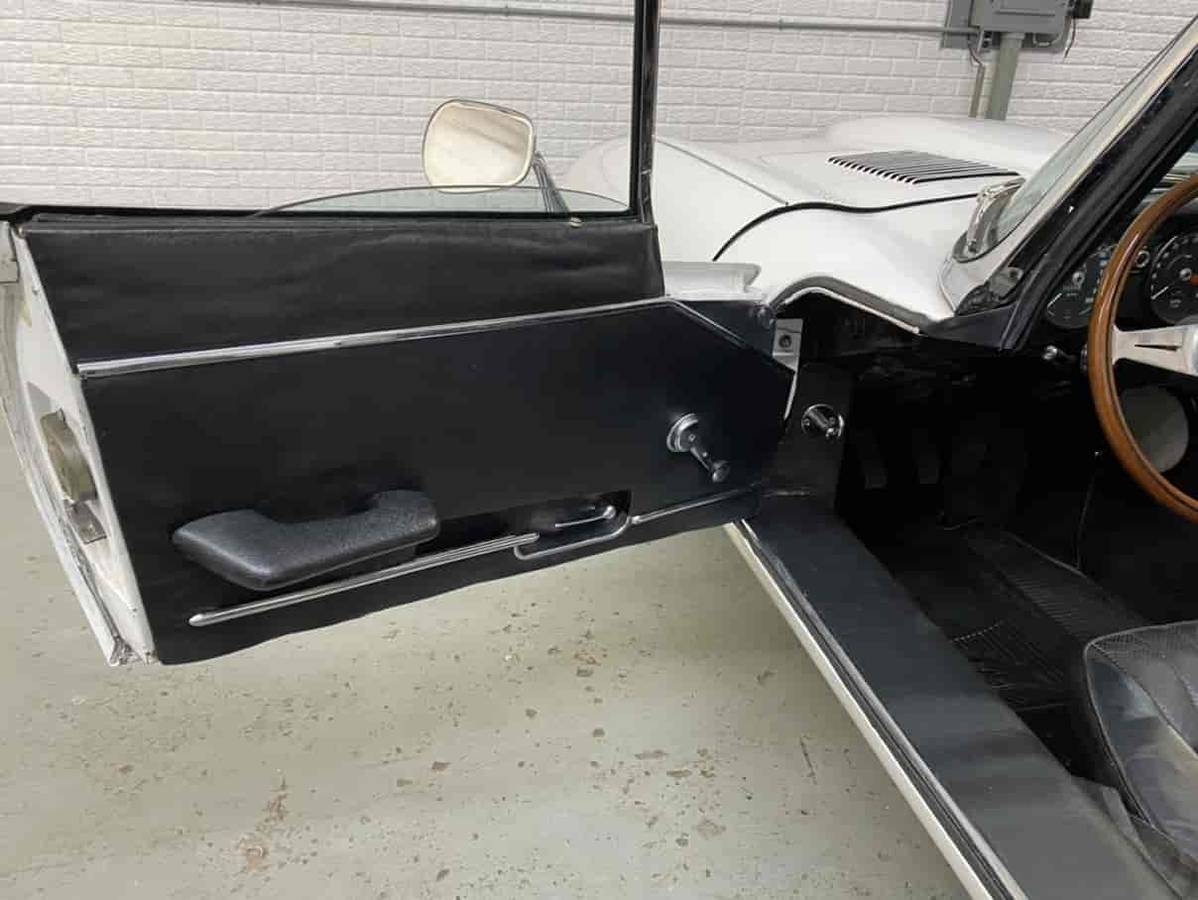 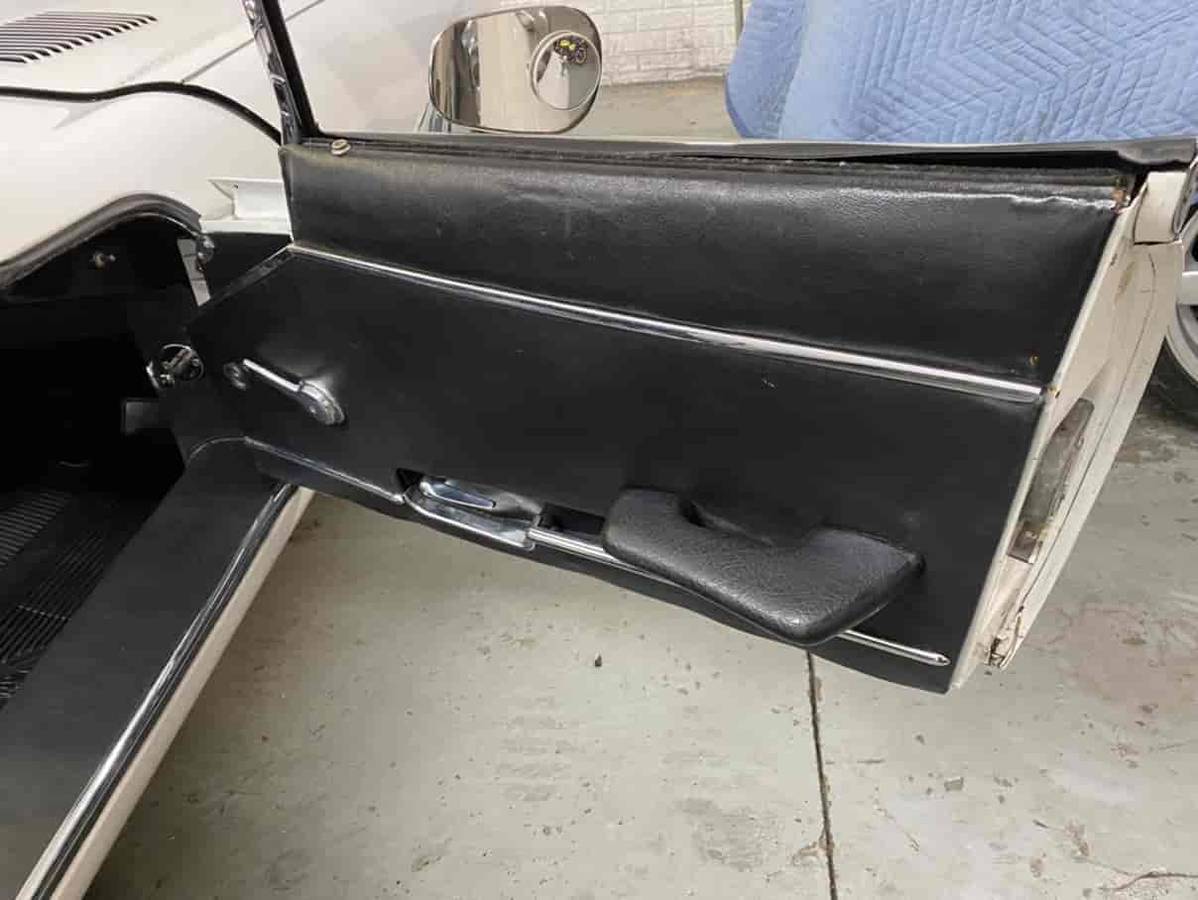 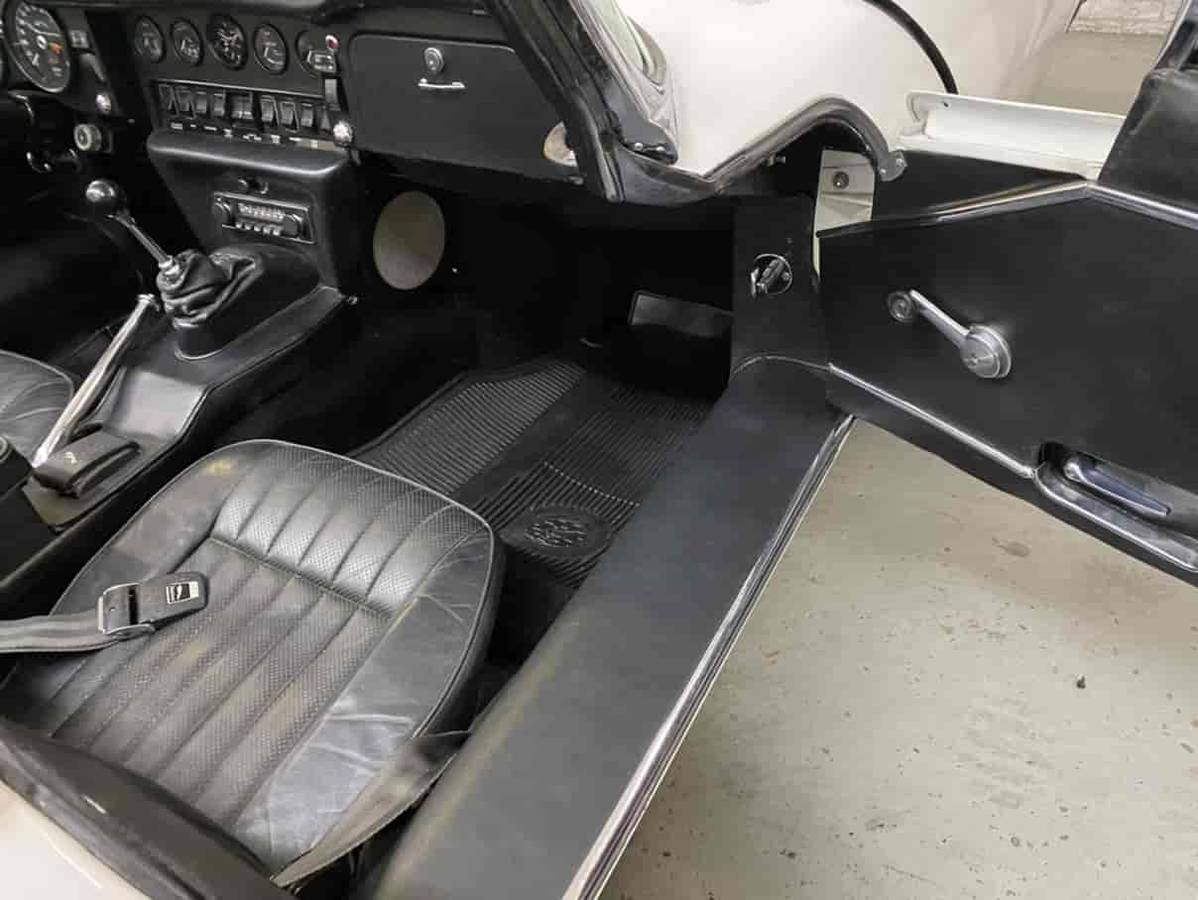 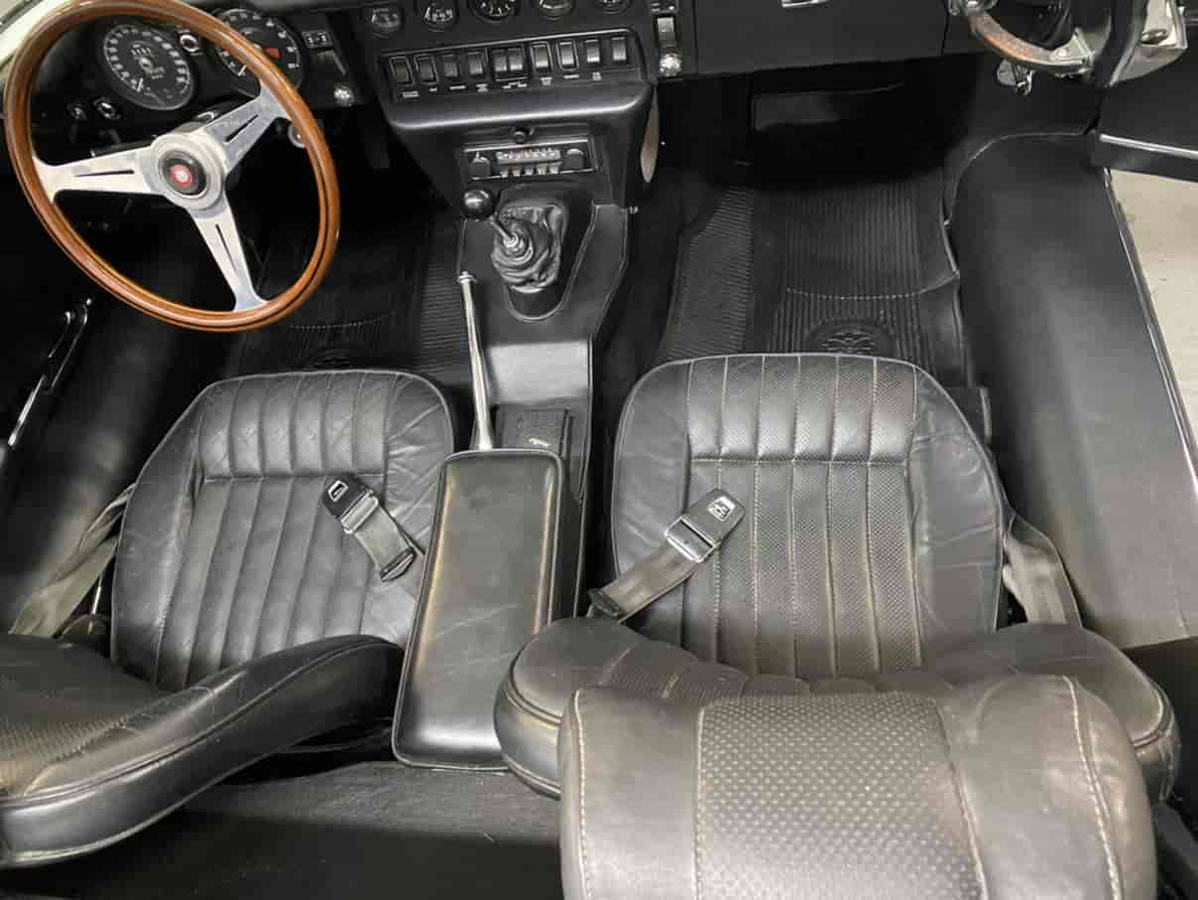 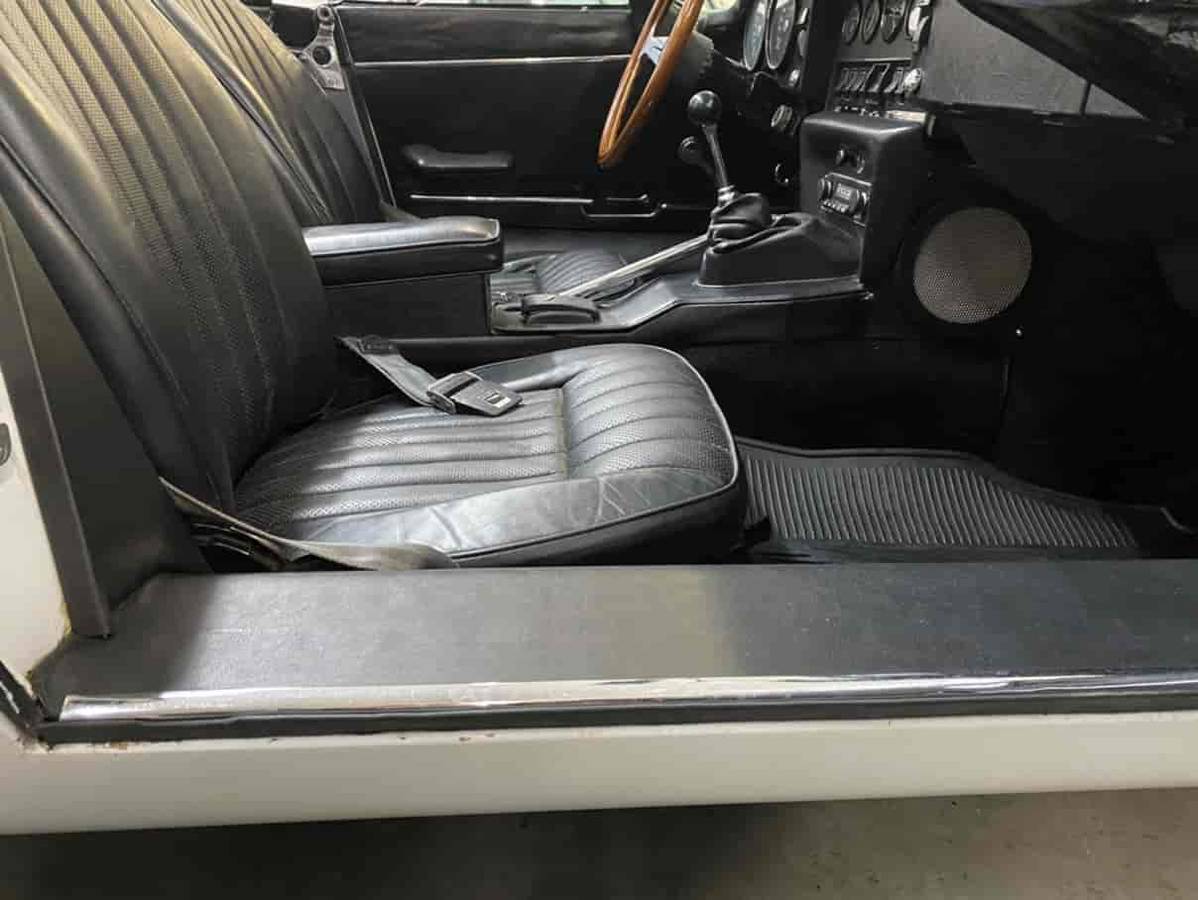 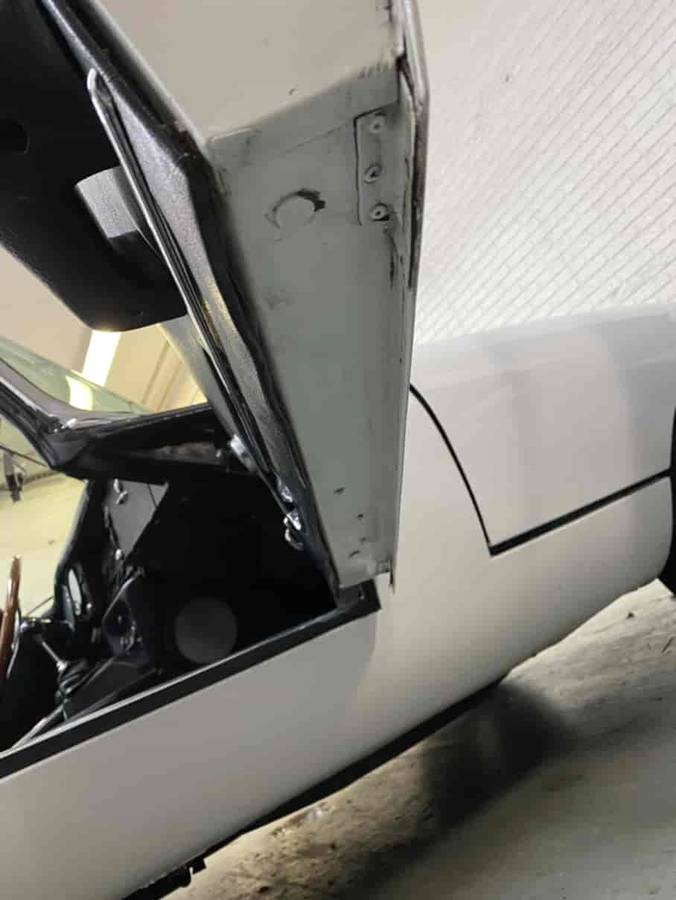 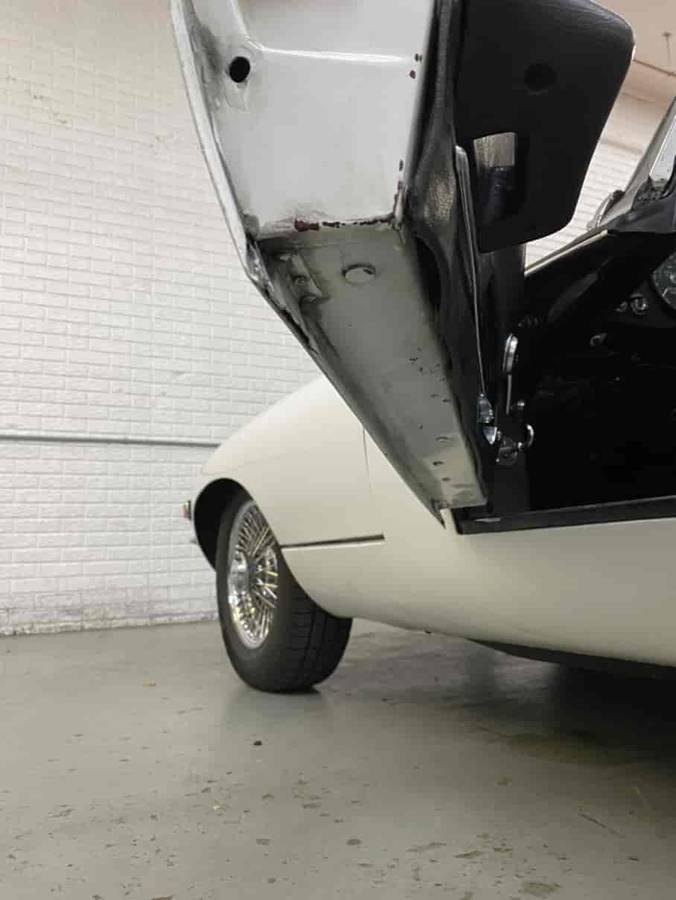 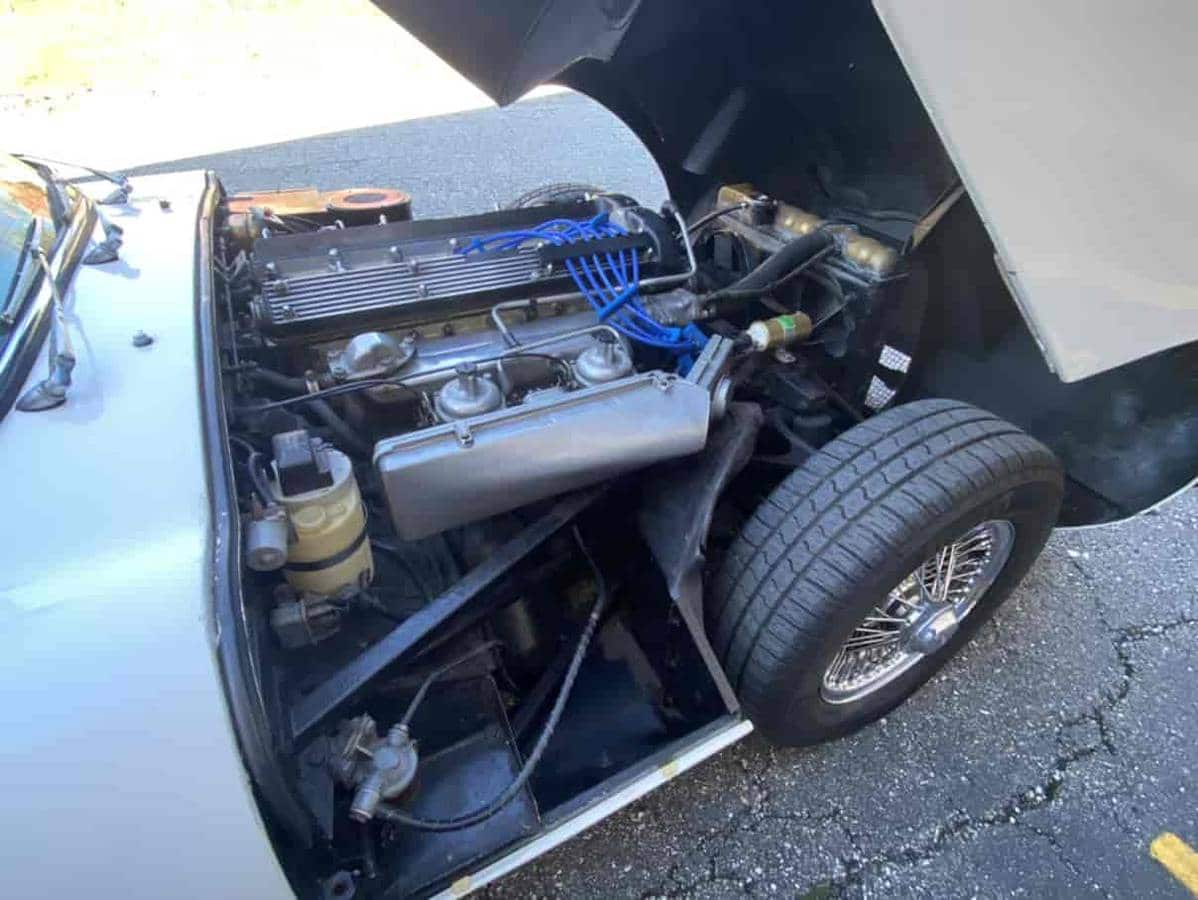 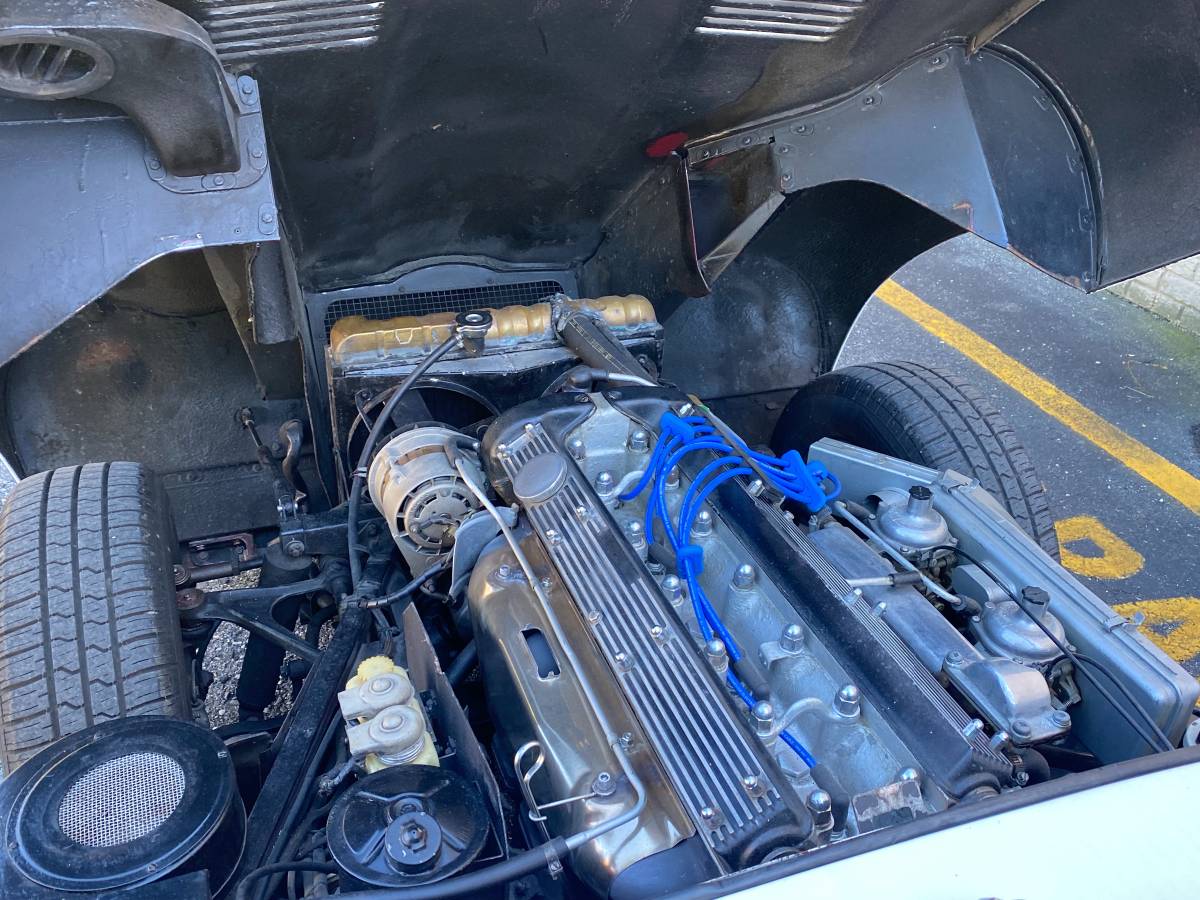 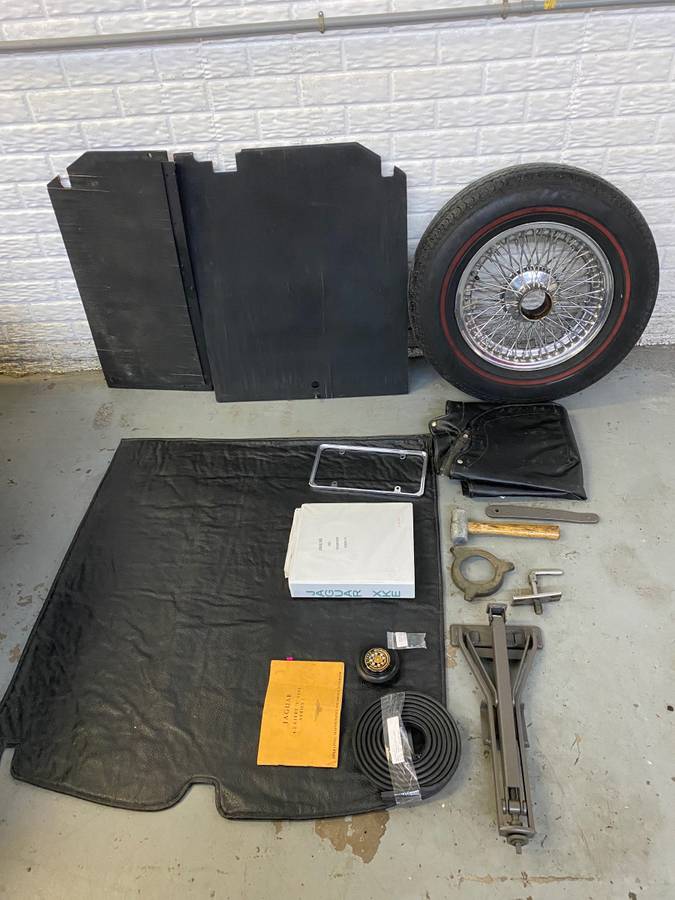 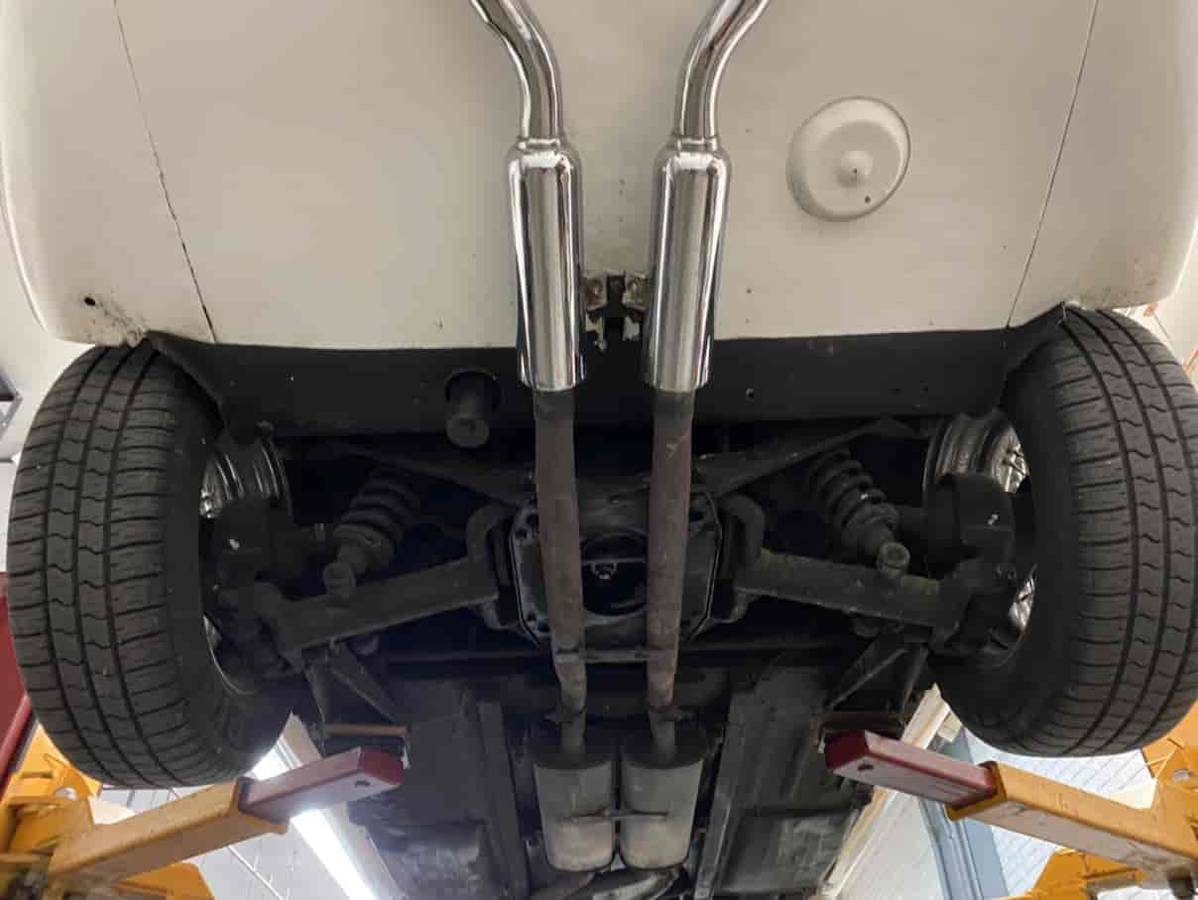 December 2, 2021 Update – We just spotted a new listing for this ’70 Jaguar XKE that replaces the original expiring Craigslist ad.  The pictures, description, and asking price of $59,500.

Fun fact: While the Jaguar E-Type is known simply by that brand name in Europe, the company elected to call it the “XKE” in the U.S. market. Regardless of what you call it, just about everyone agrees it’s one of the most beautiful cars ever made. Jaguar XKEs stop me in my tracks whenever I get the opportunity to look at one in person. While the original Series I cars produced from 1961 through 1967 are the cleanest versions from an exterior styling standpoint, Series II cars such as this driver quality, white over black leather, 1970 Jaguar E-Type 4.2 Series II roadster originally listed in November 2021 on Craigslist in New Milford, Connecticut is just as pretty despite its concessions to U.S. safety regulations.

Launched for model year 1968, the Series 2 introduced a number of design changes, largely due to U.S. National Highway Traffic and Safety Administration mandates.  The most distinctive exterior feature is the absence of the glass headlight covers, which affected several other imported cars, such as the Citroën DS, as well. Unlike other cars, this step was applied worldwide for the E-Type.  Other hallmarks of Series 2 cars are a wrap-around rear bumper, larger front indicators and tail lights re-positioned below the bumpers, and an enlarged grille and twin electric fans to aid cooling.  Additional U.S.-inspired changes included a steering lock that moved the ignition switch to the steering column, replacing the dashboard-mounted ignition and push-button starter, the symmetrical array of metal toggle switches replaced with plastic rockers, and a collapsible steering column to absorb impact in the event of an accident. New seats allowed the fitment of head restraints, as required by U.S. law beginning in 1969.

With so many E-Types now over-restored to the point of not being usable in fear of the car losing value, it’s refreshing to come across a nicely maintained, driver-quality 1970 Jaguar XKE Series II 4.2 Roadster.

“1970 Jaguar XKE E-type Roadster White with Black interior. 57,000 miles. Numbers matching. Great Running example. The nose and rear trunk lid should be painted but the car shows well otherwise. Service history since the early 1990’s which includes motor refresh and clutch replacement along with other maintenance. Last of the series 2 six-cylinder cars. If this was a series 1 the price would be well over $100,000, even really nice series 2 Jaguars go for close to or over $100,000.“

Show or go: what would you do with this driver-quality E-Type Jaguar?  Comment below and let us know!