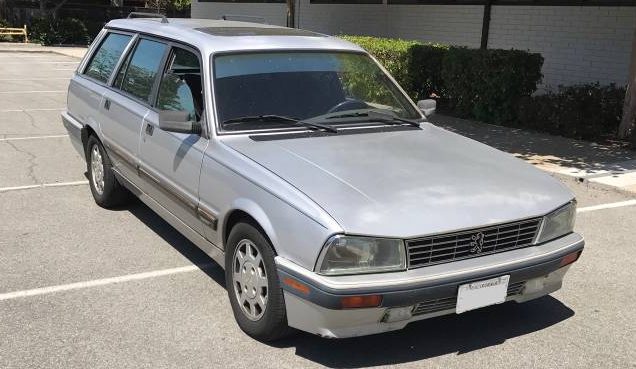 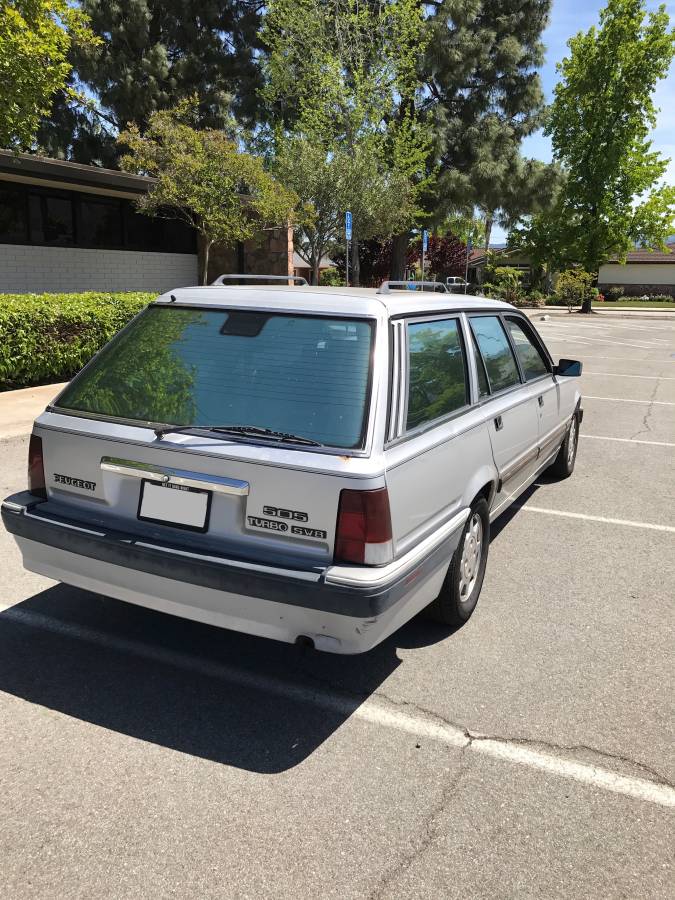 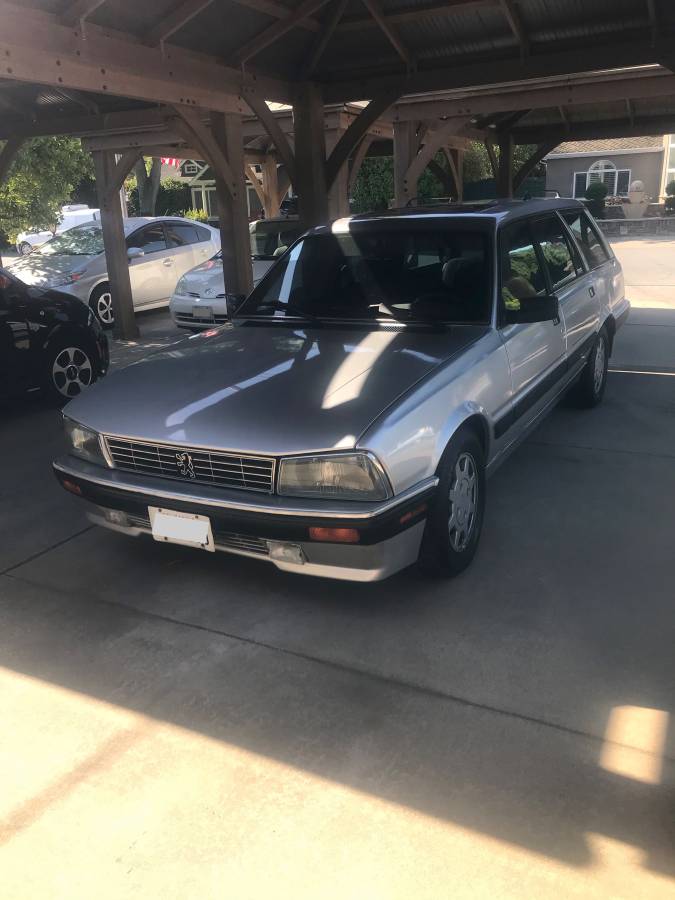 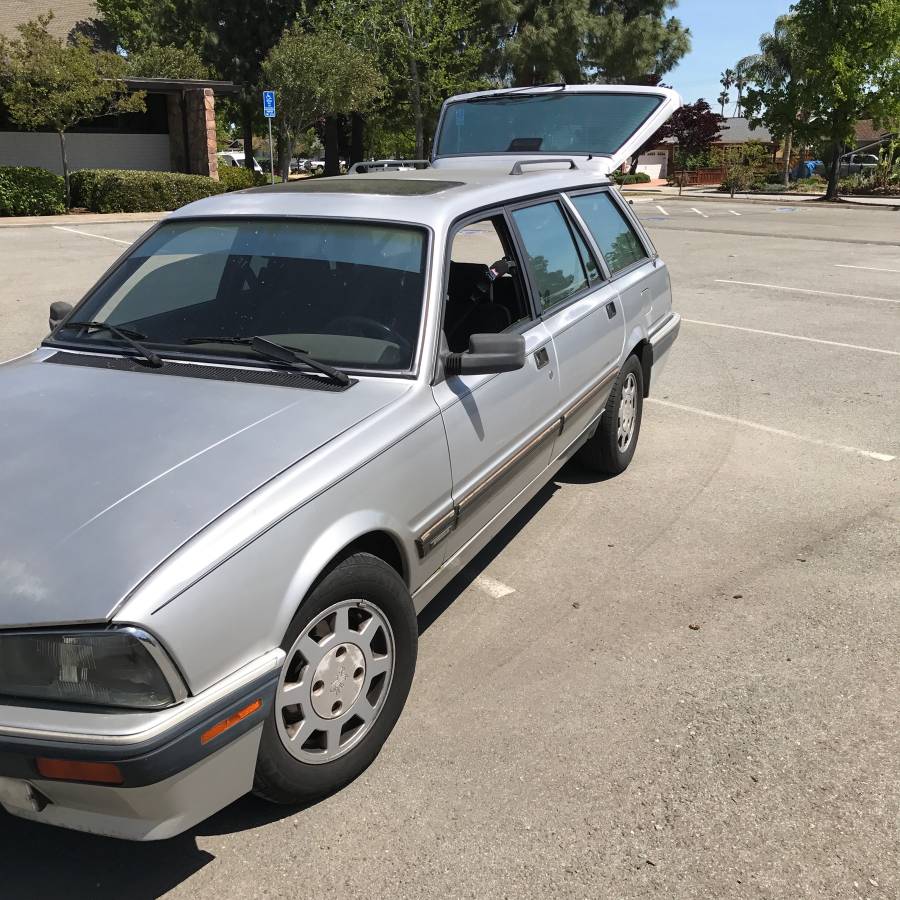 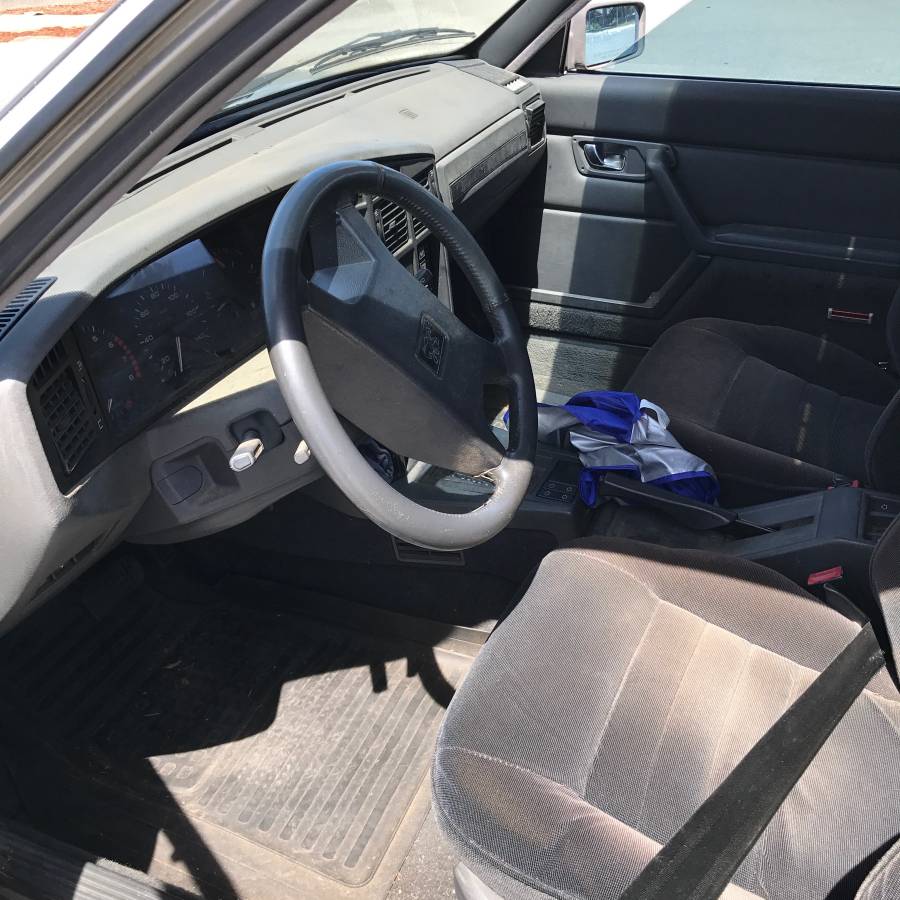 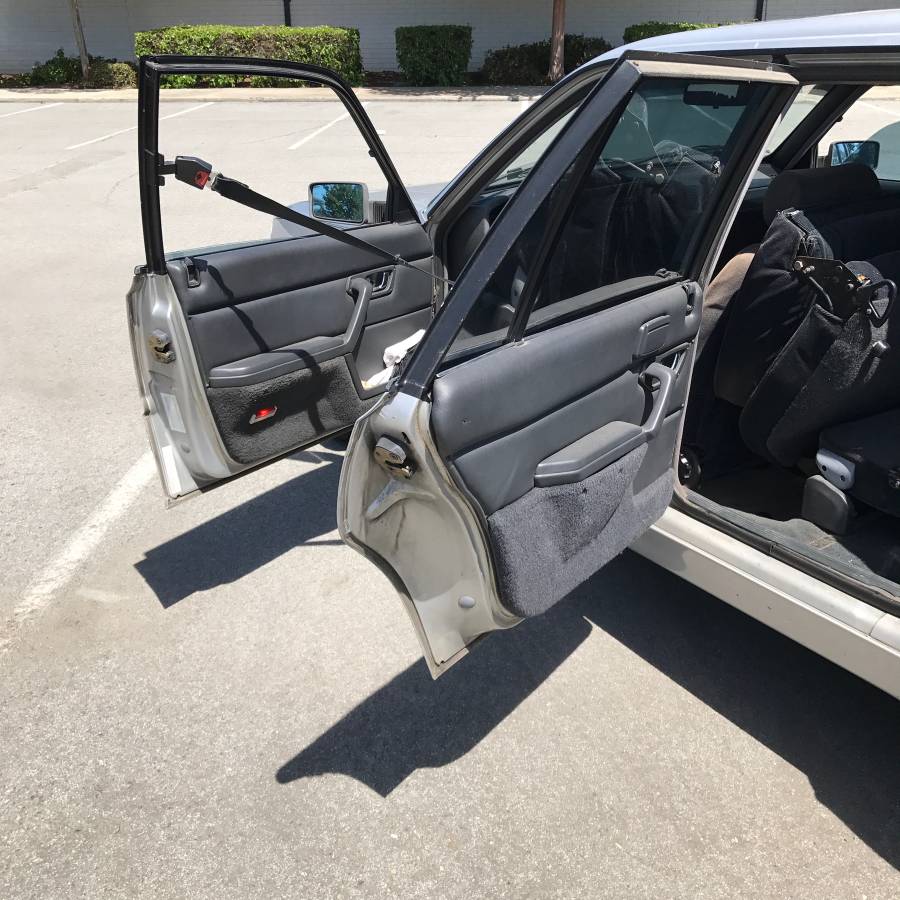 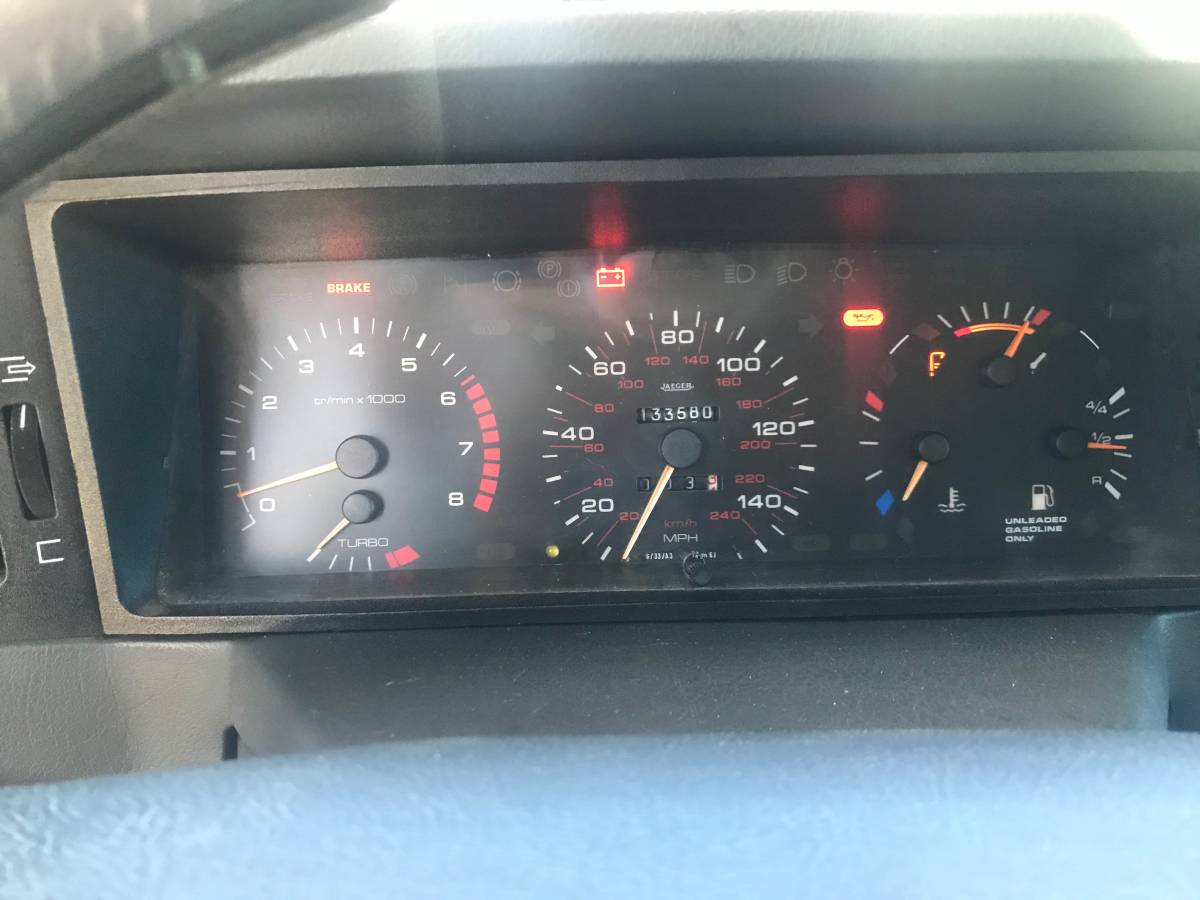 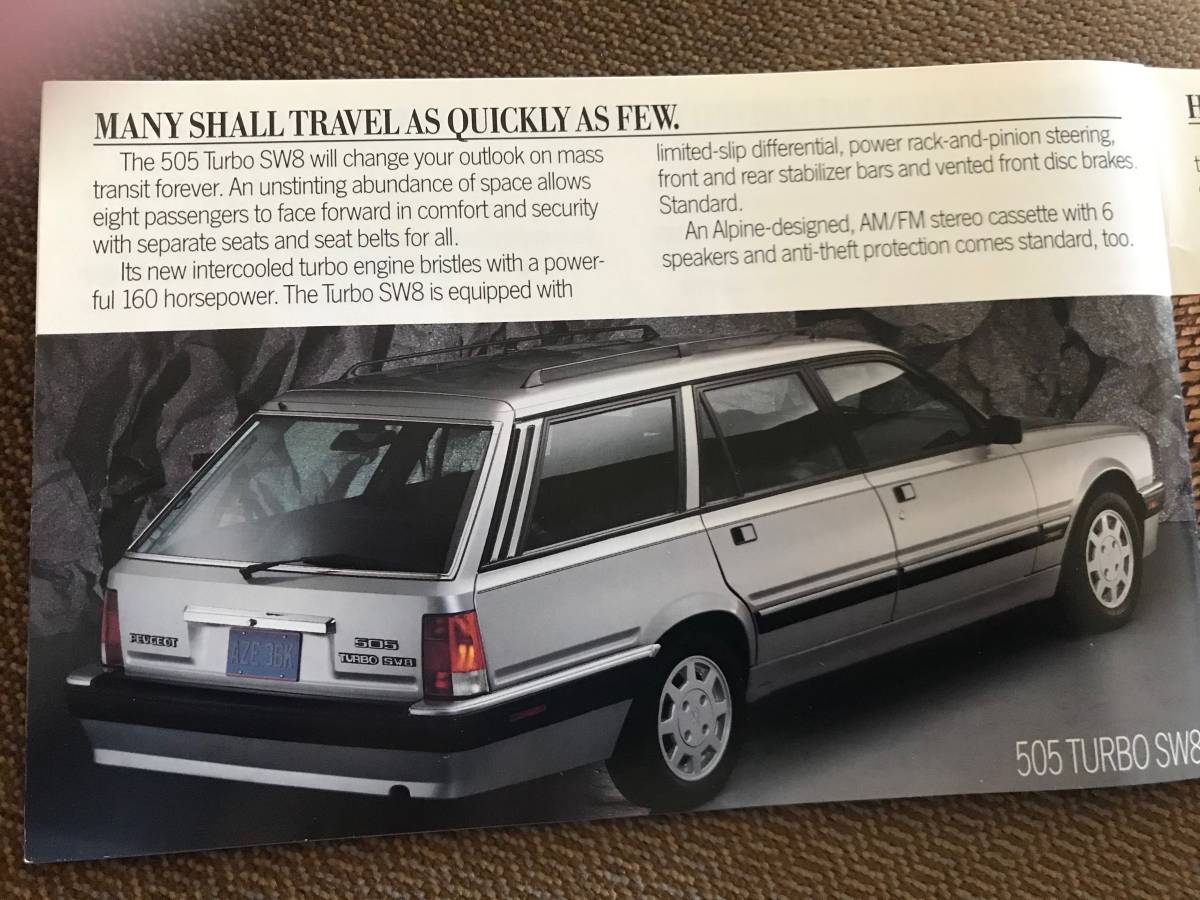 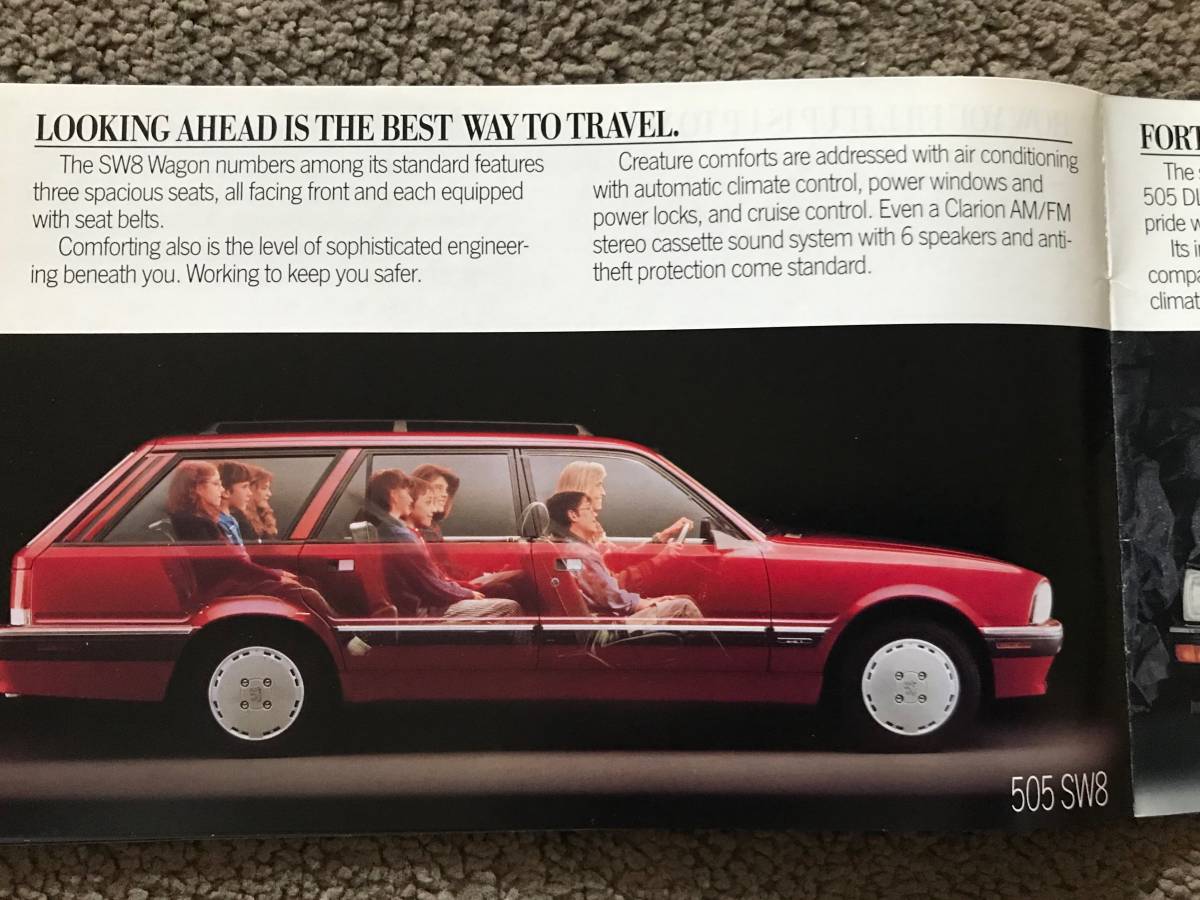 January 4, 2022 Update – We just confirmed the listing for this “Classifind” expired, so with no replacement found we’re assuming this ride “Sold?” While this one got away, please reach out either by email or call us directly if you’d like to be informed when we come across something similar.

December 3, 2021 Update – The private seller of this rare Peugeot 505 wagon not only replaced their exiting Craigslist ad with a fresh listing, they decided to lower the price from the original ask of $7,500 to $5,500.

When it comes to wagons, a true estate enthusiast knows there are certain features that set long-roof models apart from their sedan counterparts. The Peugeot 505 is a fantastic example of this, as the wagon-bodied variant could be had with features ranging from a turbocharged engine to eight-passenger seating. And in extremely rare cases, both of those features together, such as with this 1992 Peugeot 505 SW8 originally listed in November 2021 on Craigslist in Los Gatos, California with the third-row seat and turbocharged four-cylinder. The seller is now asking $5,500 (the original ask was $7,500), and comparing this price against the NADA Price Guide confirms this private seller’s ask falls between this guide’s “Average” retail value of $4,375 and the “High” estimate of $6,800, but NADA may not be accounting for the rarity of the model.

The 505 Wagon is one of those cars you’re shocked to learn even exists, given the relatively small footprint the company had in the United States. The novel packaging of the wagon and the genuine sports sedan credentials of the four-door made the 505 a very versatile offering when new, and road test editors at the time confirmed that on-road performance was good, even if the model’s manners weren’t decidedly sporting. Still, it was the individual’s choice when cross-shopping with the likes of the Volvo 740, the Mercedes-Benz 300E, and the Audi 5000, all of which were available in four-door or wagon form. The 505 eventually disappeared as Peugeot’s local dealer network folded.

We came across this collection of vintage North American Peugeot 505 commercials from the mid-1980s:

This car comes at an interesting time for me, as I’m currently in the midst of negotiations to buy a standard five-passenger wagon, albeit one with a swapped, non-turbo engine and a stick shift. The seller’s car here supposedly has connections to the Rothschild family, as the seller notes what sounds like parking stickers for Nantucket Island still visible on the body and confirmation from the previous owner who claims to have purchased it from the famous European banking family. The 505 as shown is claimed to have had a repaint, but it’s hard to tell of what quality. There are scant interior photos but the ones included show a dark gray cloth interior in decent shape, and the seller notes the windows were previously tinted and helped protect the internal surfaces. Overall, you’d be hard-pressed to find another one of these any time soon, but the limited pool of buyers may leave this one stranded for sale until the right enthusiast come along.

“Solid one of the last Peugeots to be sold in U.S. Very rare short roof rack with sunroof. Despite collector doubts, the sunroof appears to be OEM. Roof penetration is not butcher job. Roof is formed with drains and does not leak. There is no other example of the roof configuration of this car. Plenty of long racks. Some short racks, but no sunroofs, unless after market. This car had a sticker from Nantucket Island when acquired. The tinting to preserve the interior required that it be removed. The previous owner indicated that this car was purchased originally by the Rothchilds and used as a gopher on Nantucket Island and subsequently sold to California owner. Since it is possible that Rothchilds had financial interest in PSA, it is probable that they could get this car with the sun roof and short rack on a special order? While not perfect, it was well cared for, and rust free and mechanically sound. It has an excellent low mileage engine with very low mileage new Peugeot head, no longer available, period. Am experienced with these cars, and am happy to answer questions from serious buyers. Peugeot has long history building 8 passenger wagons, very rare cars. Have some extra parts that will be included with the car, and will include Peugeot Lion in pictures. Older 8 passenger wagon shown for reference. Current replacement odo shows about 133K. Also pictures are a few years back and car had first repaint two years ago. Picture in carport is current.“