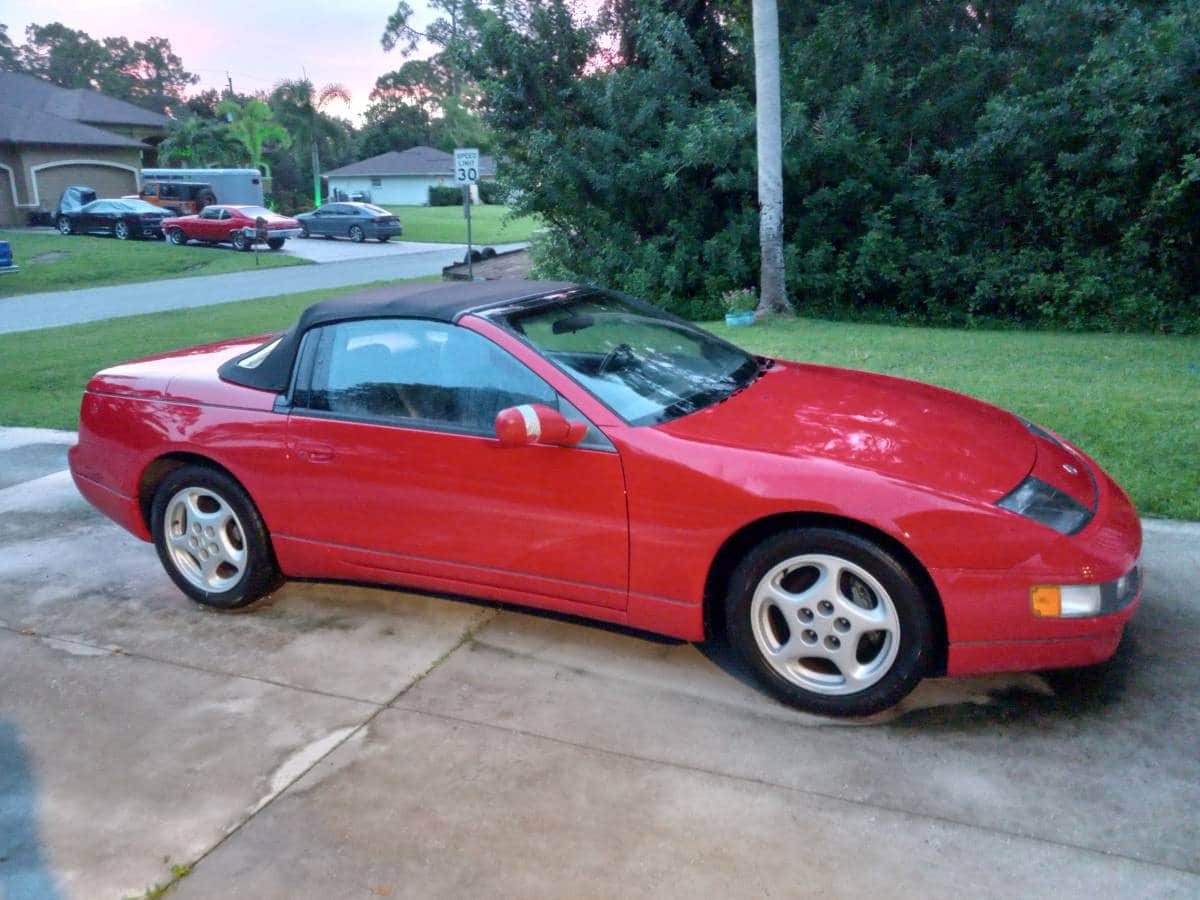 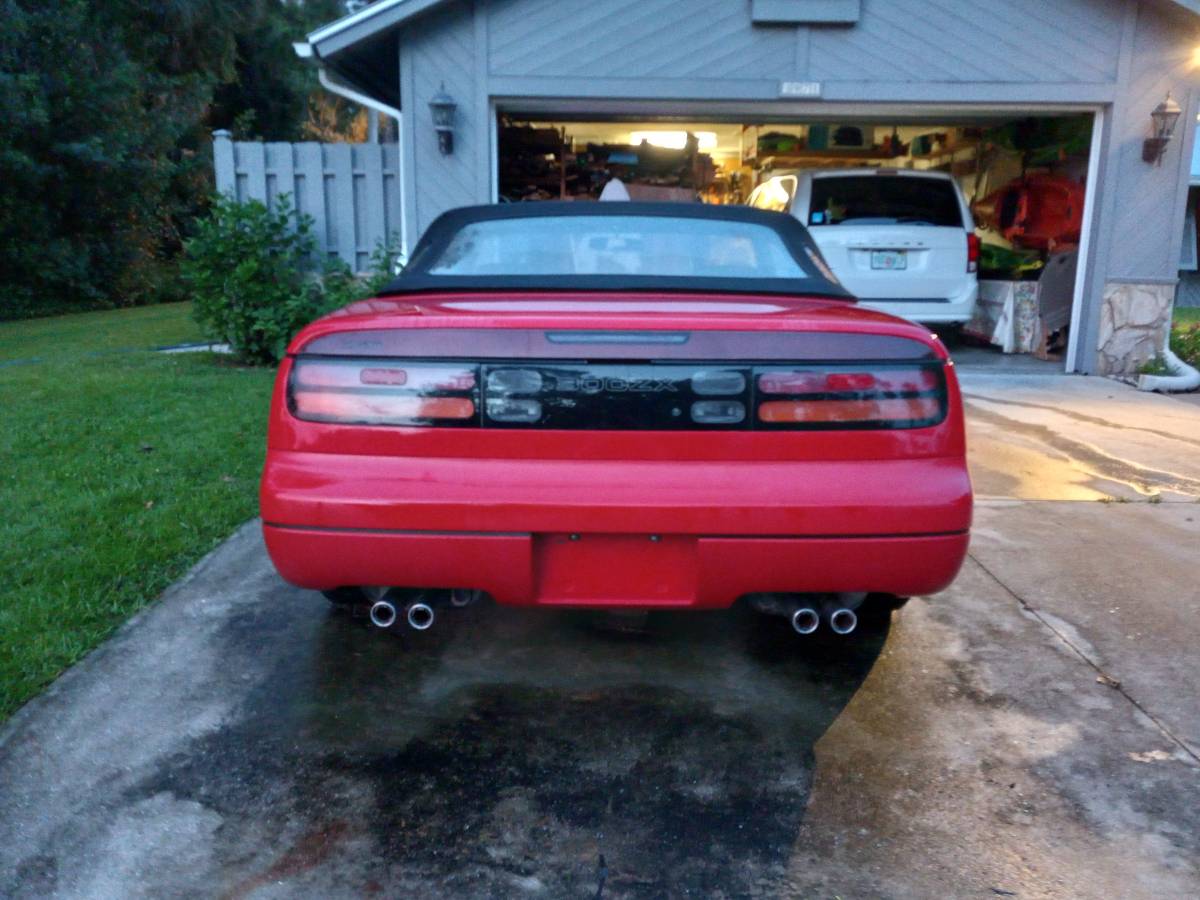 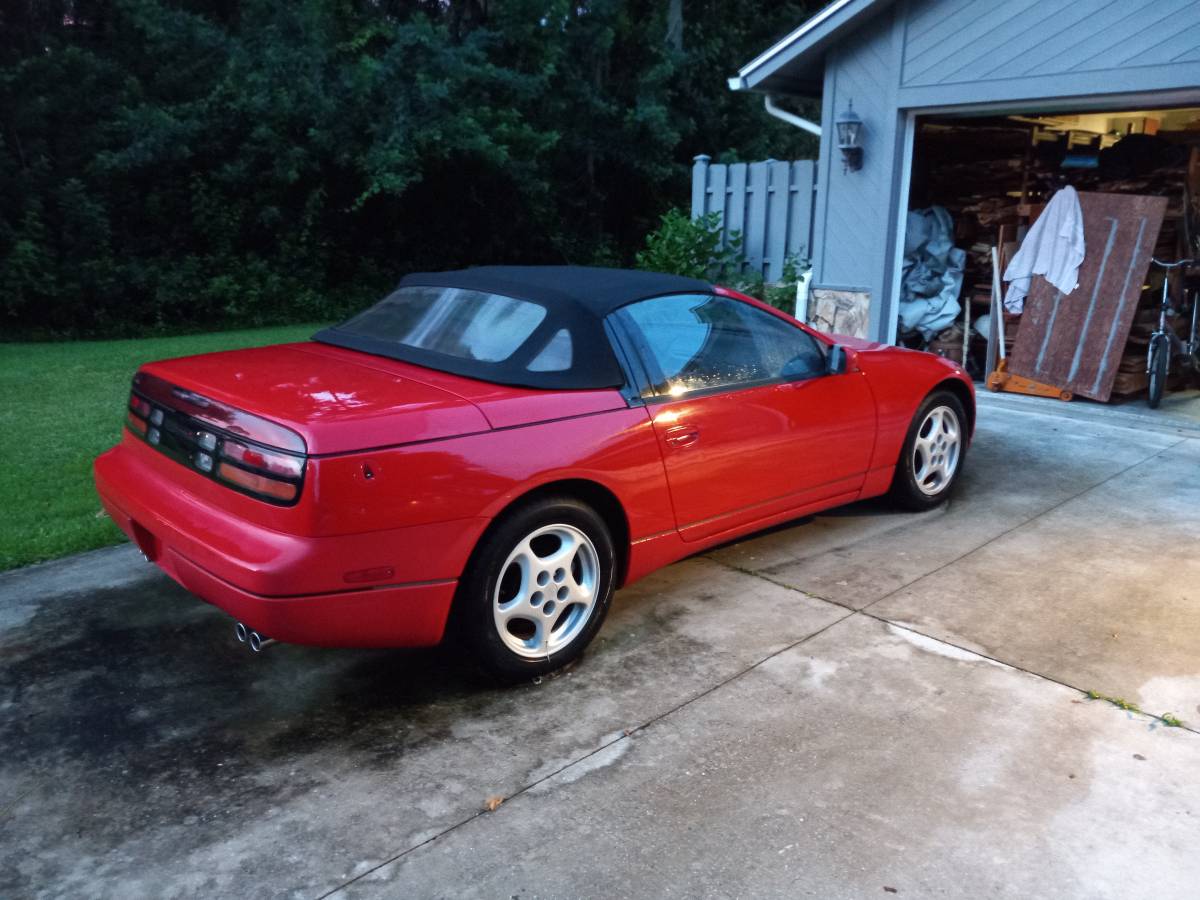 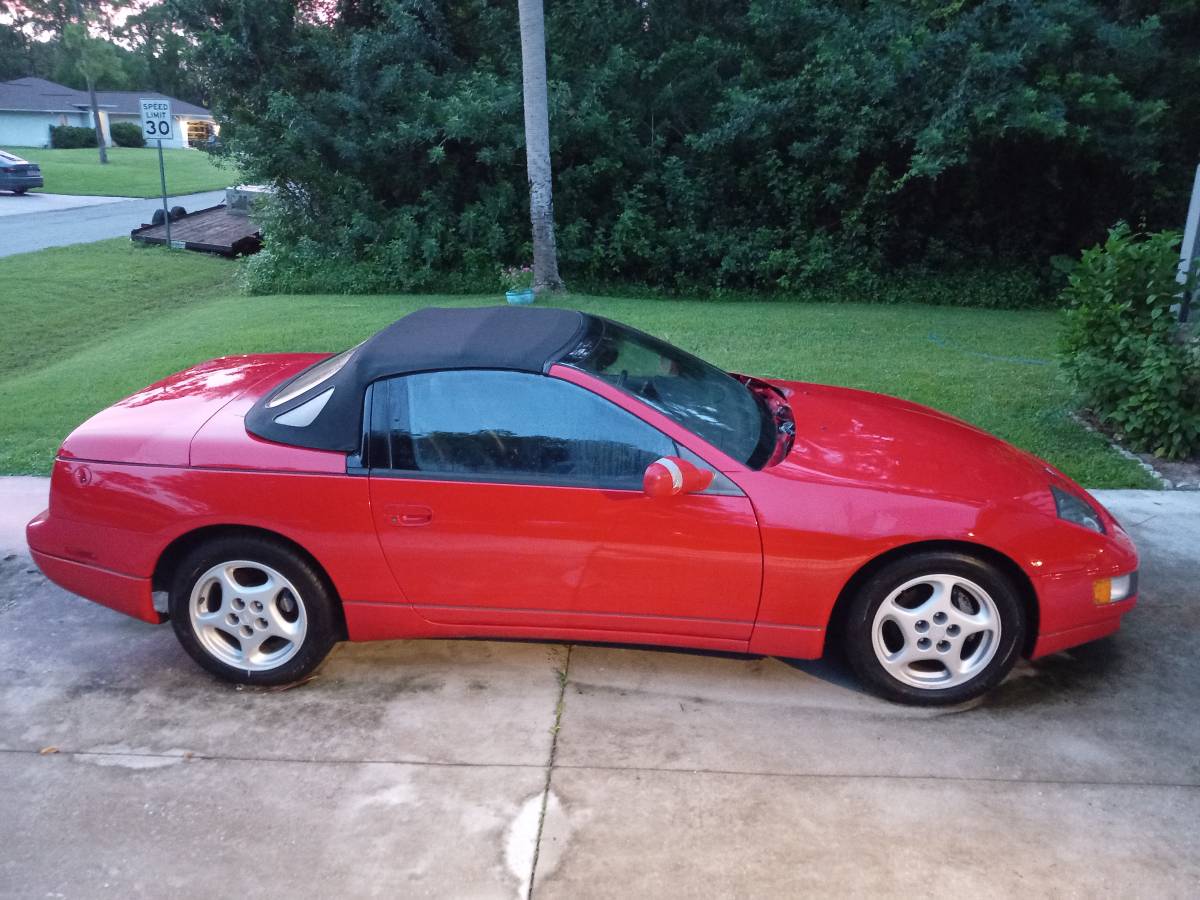 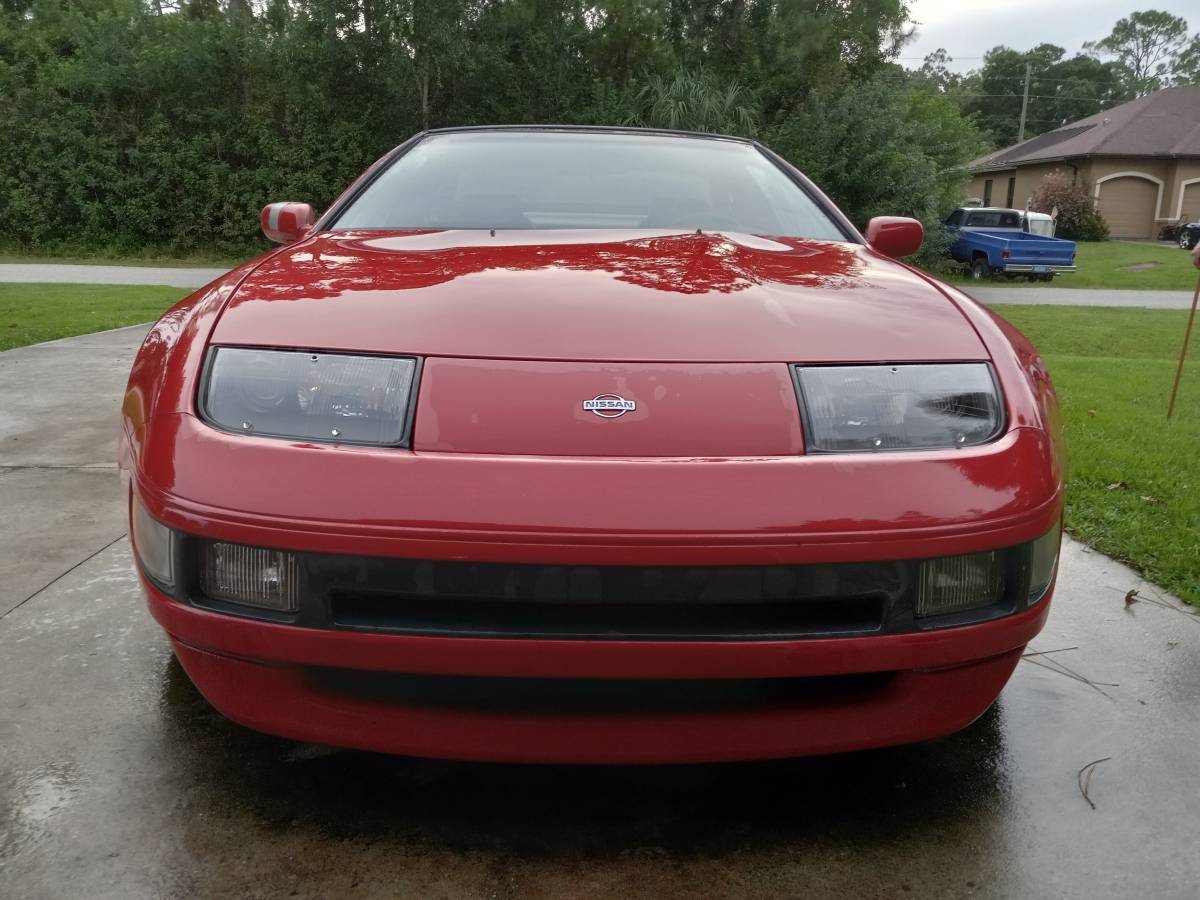 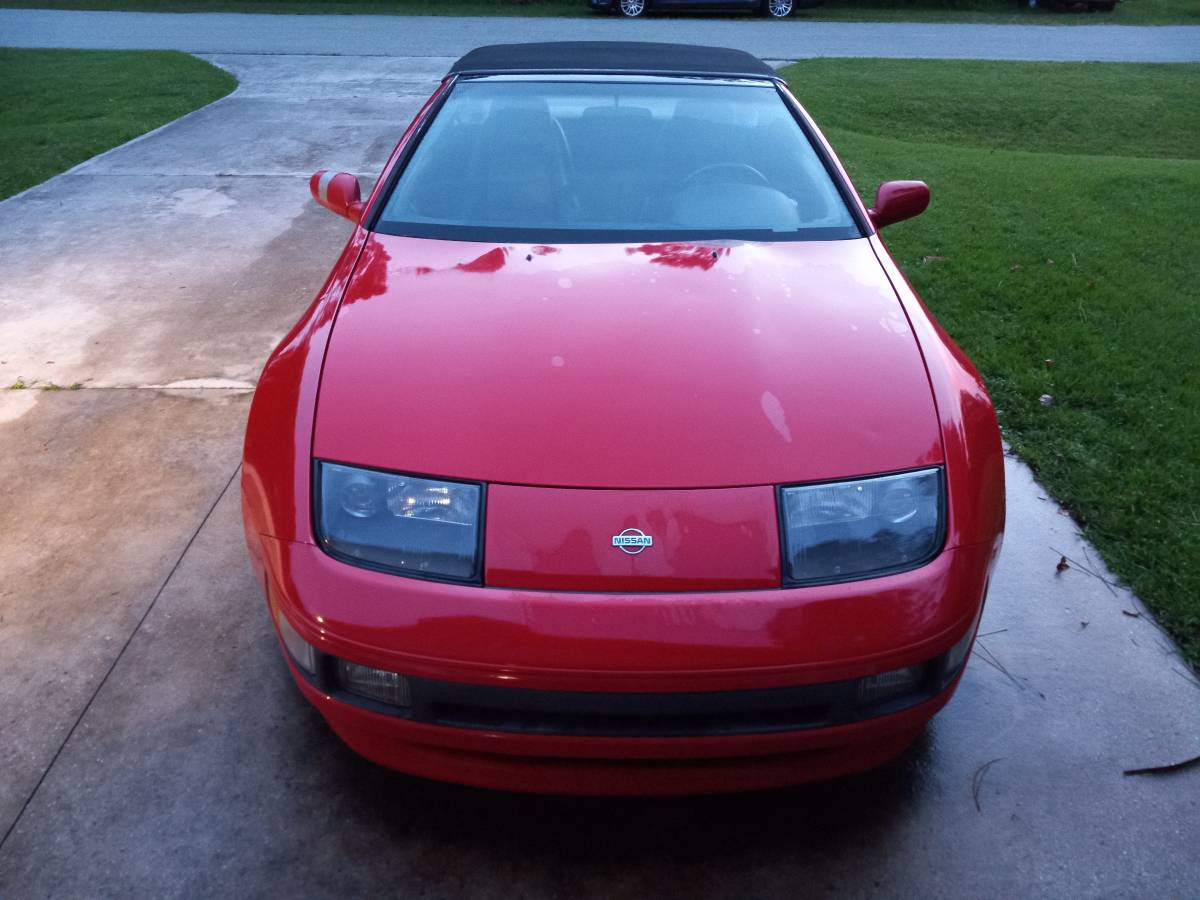 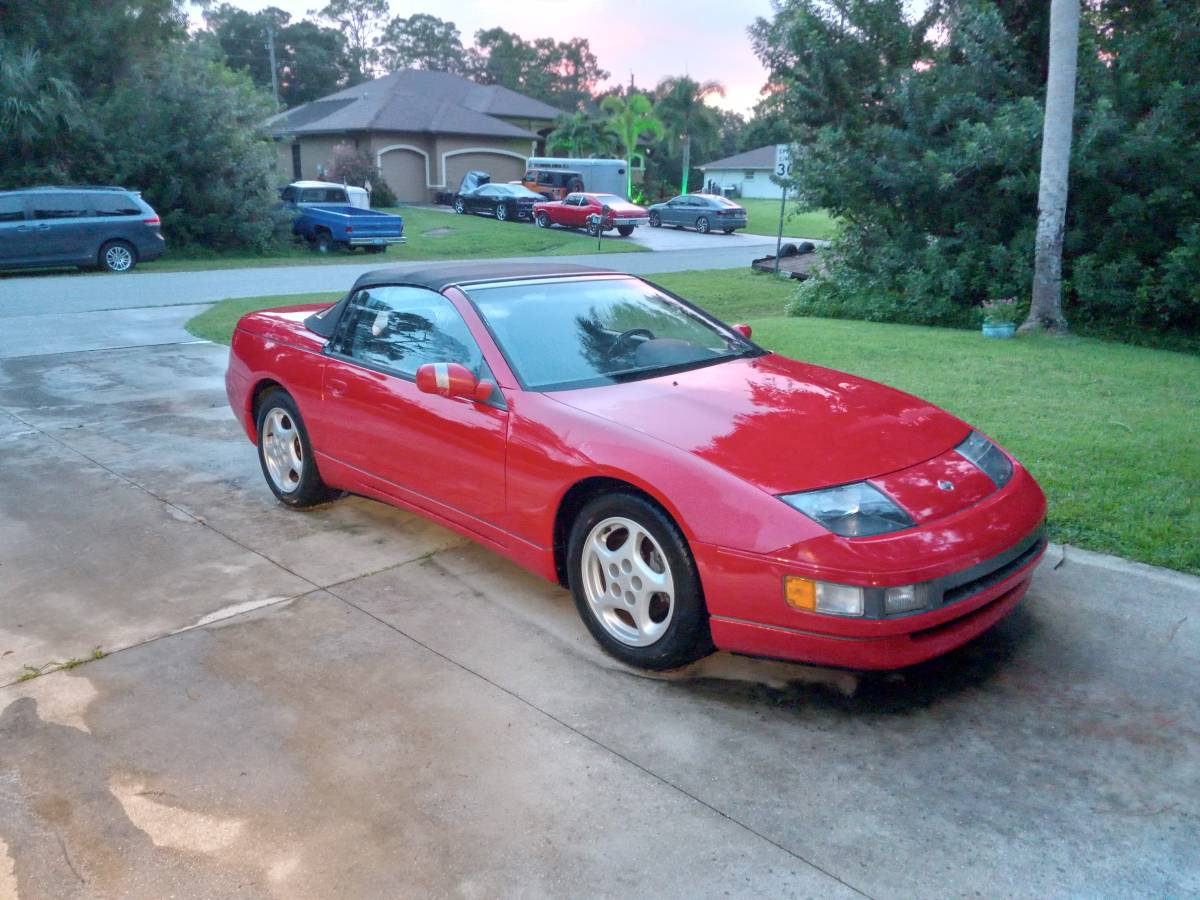 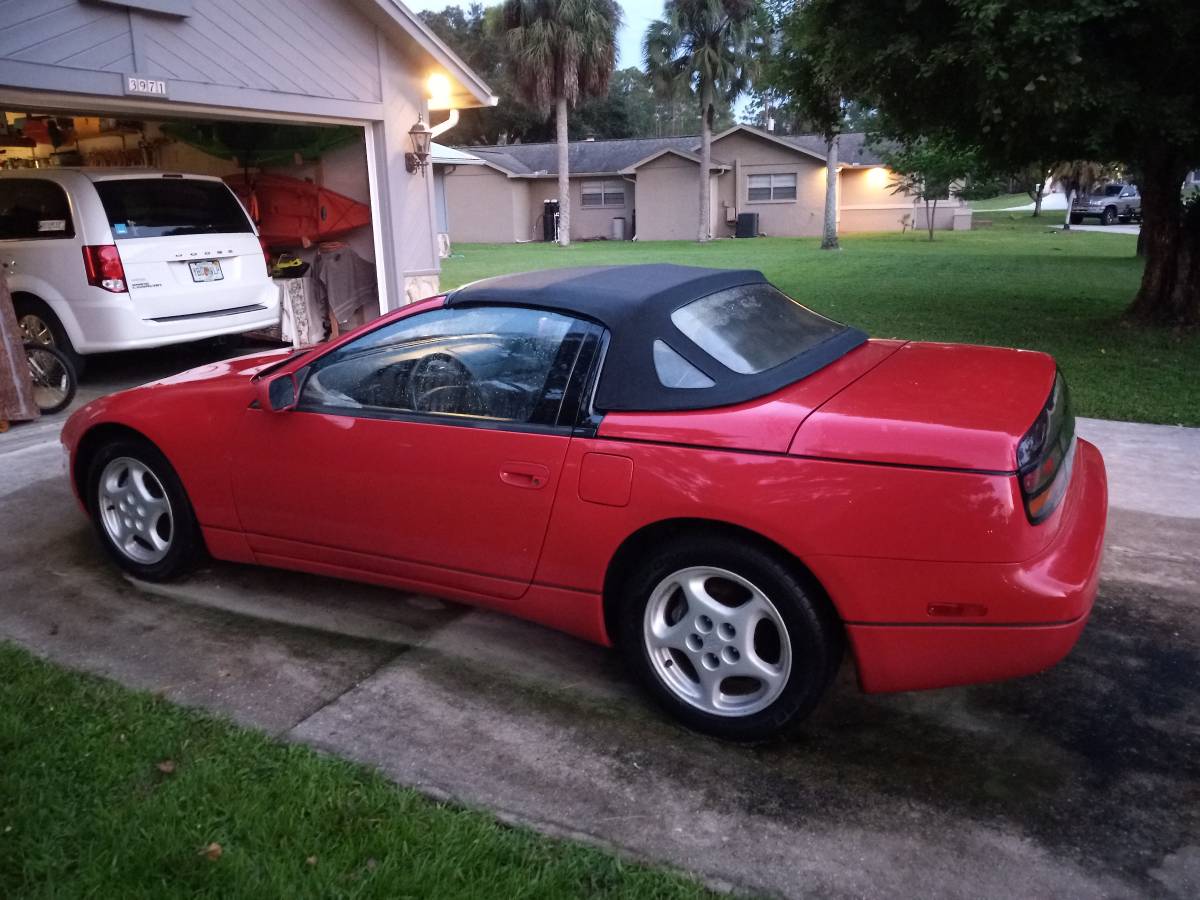 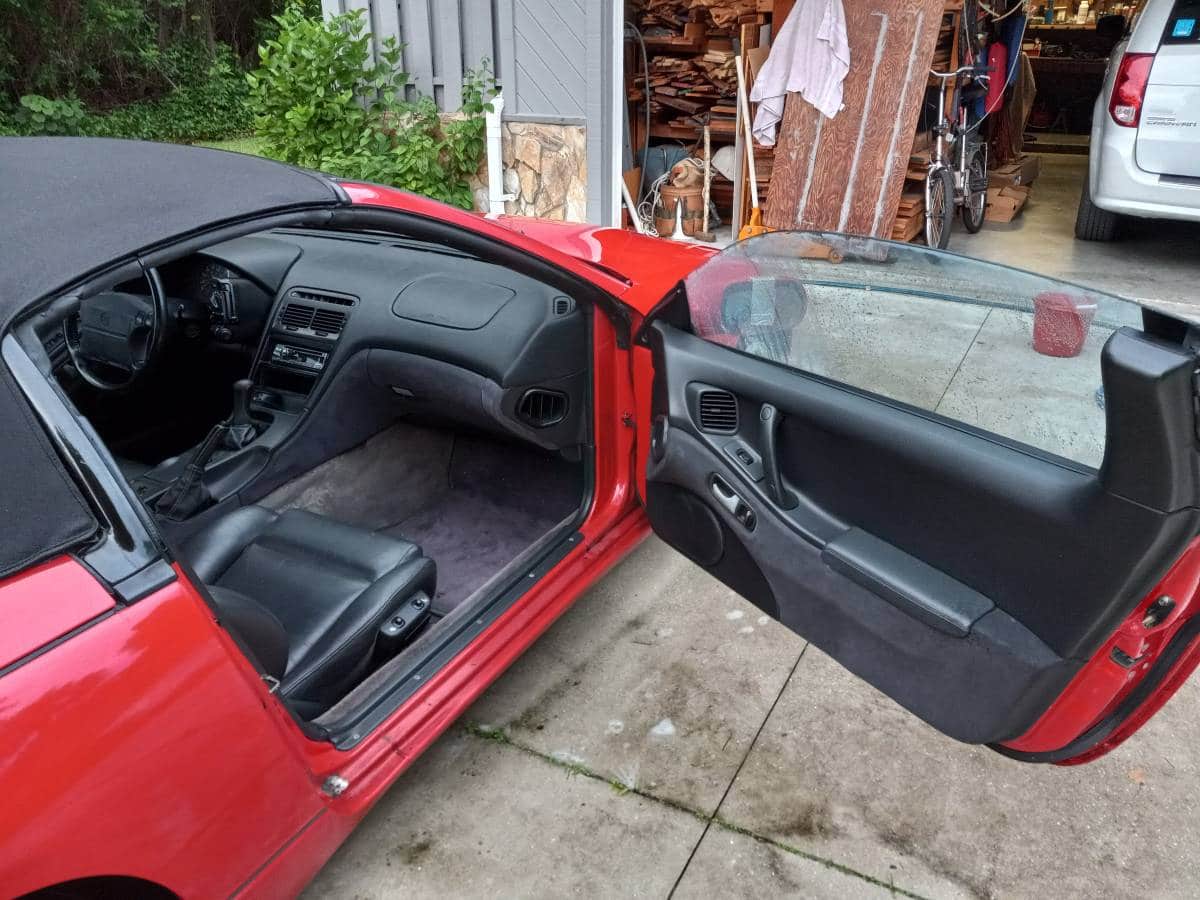 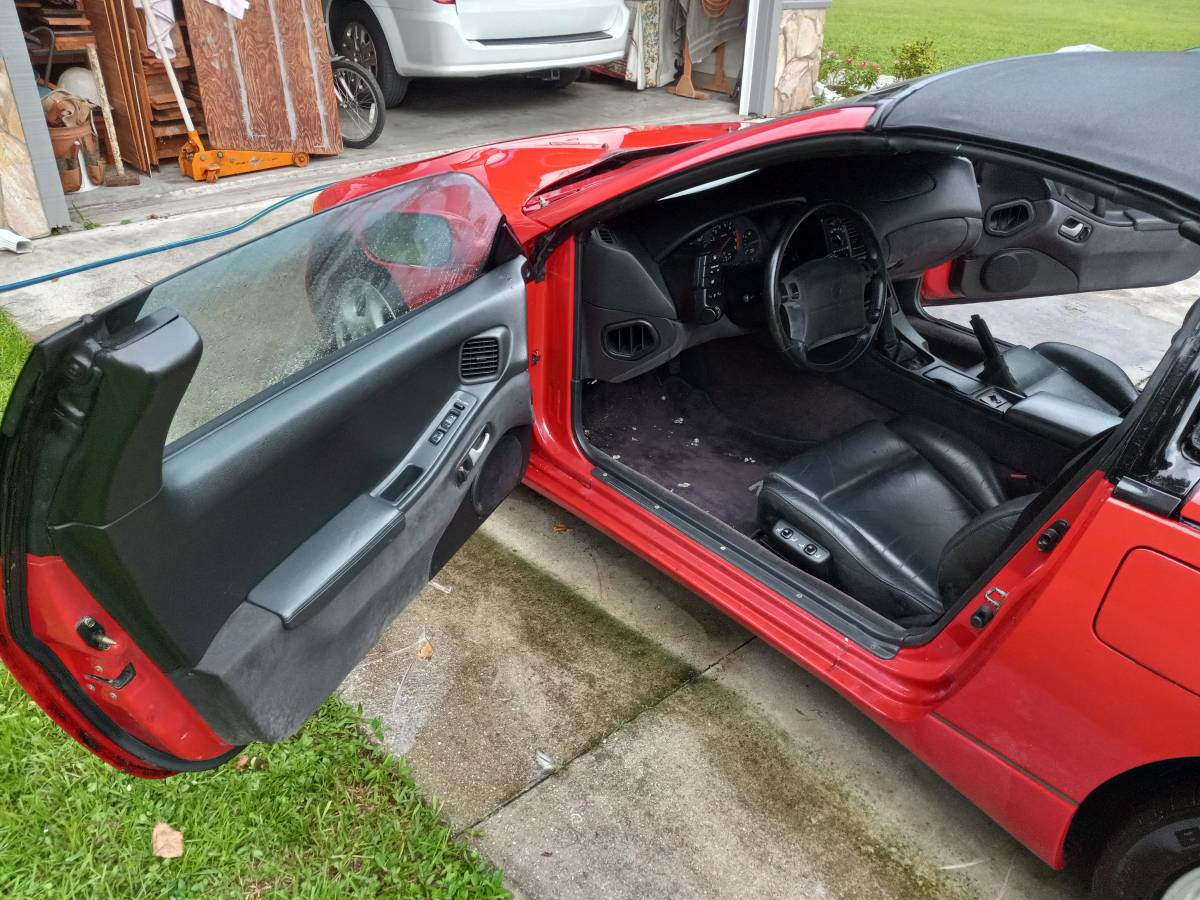 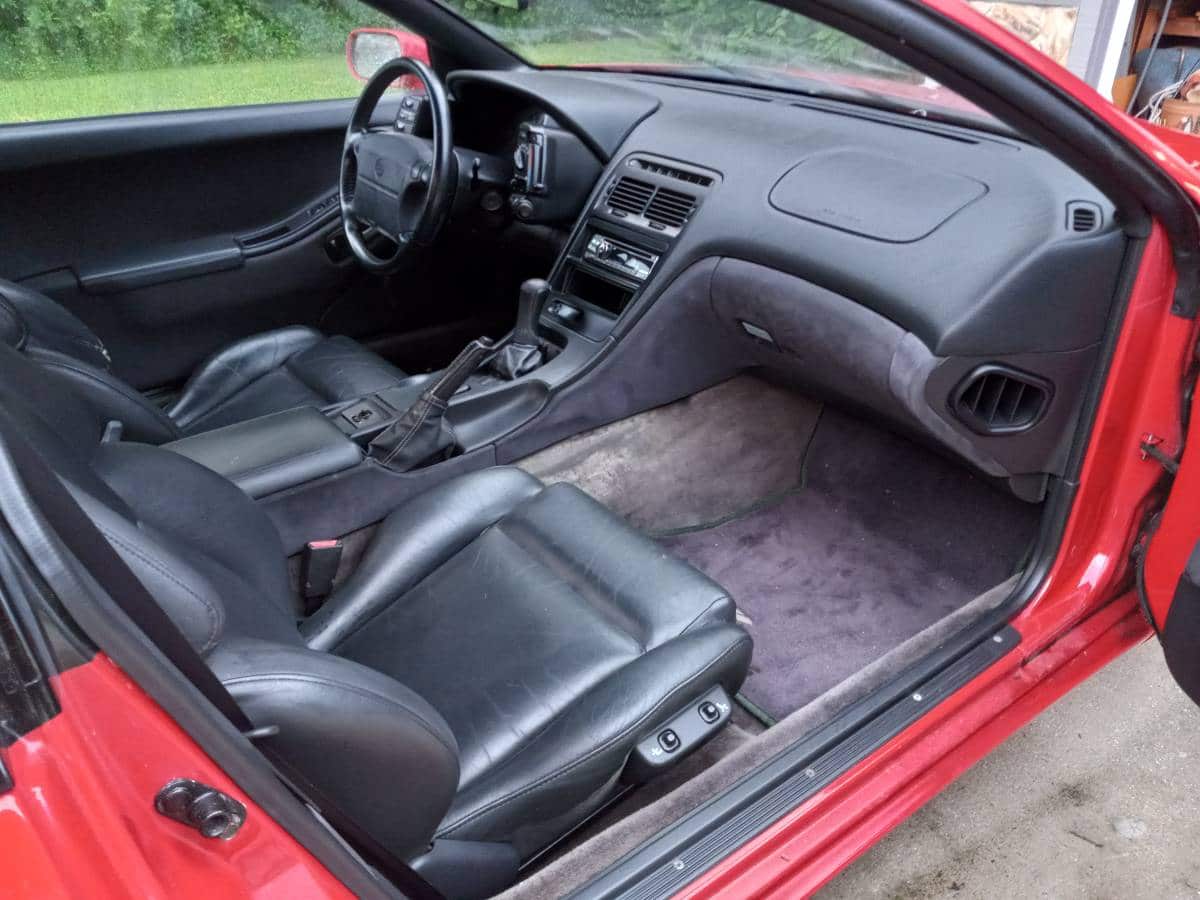 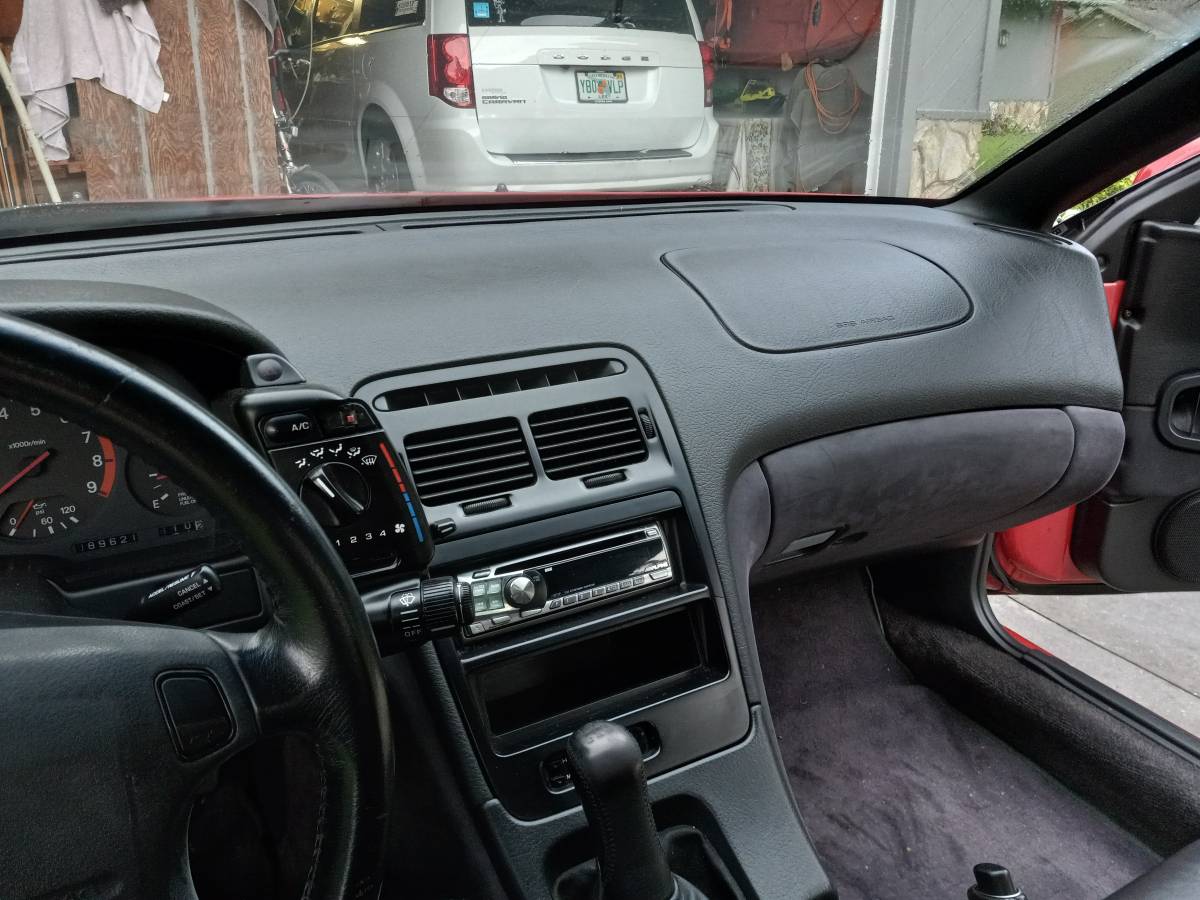 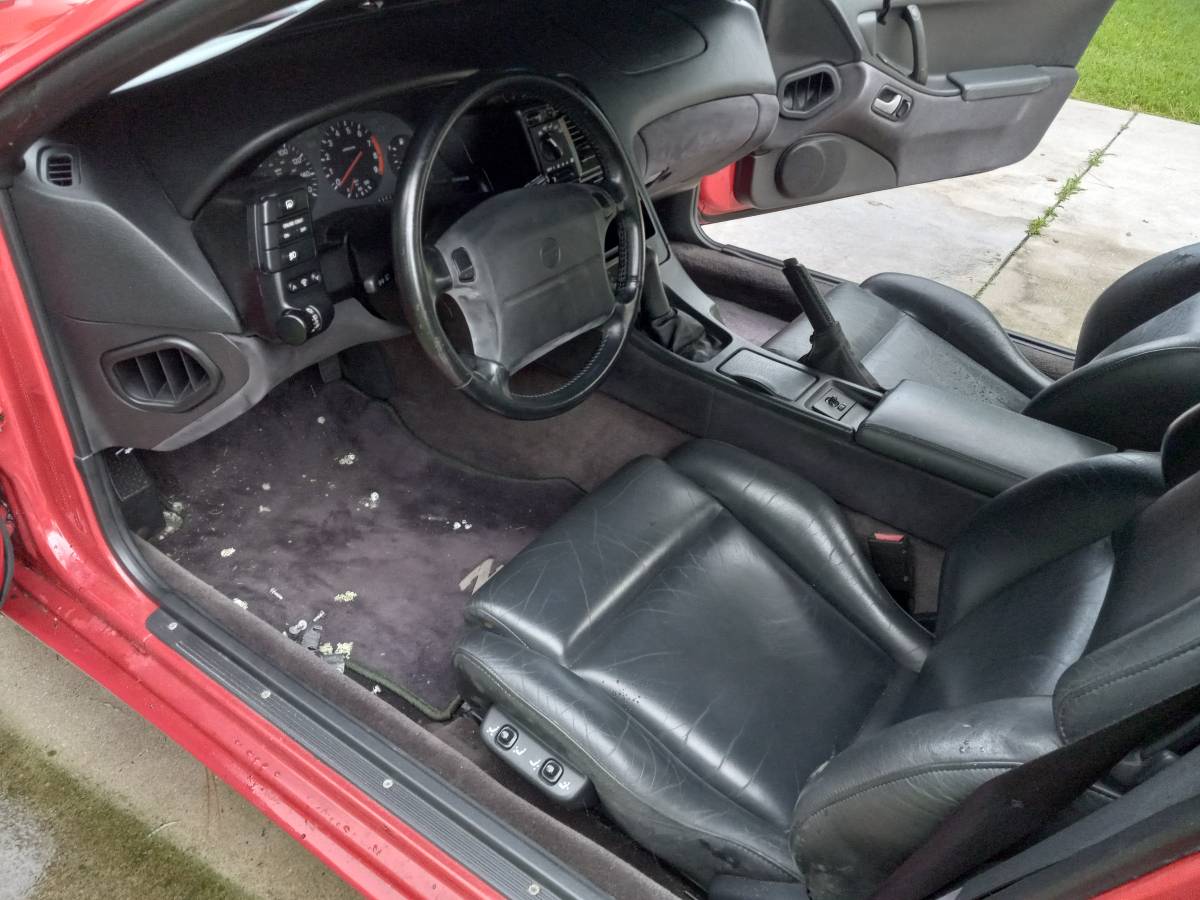 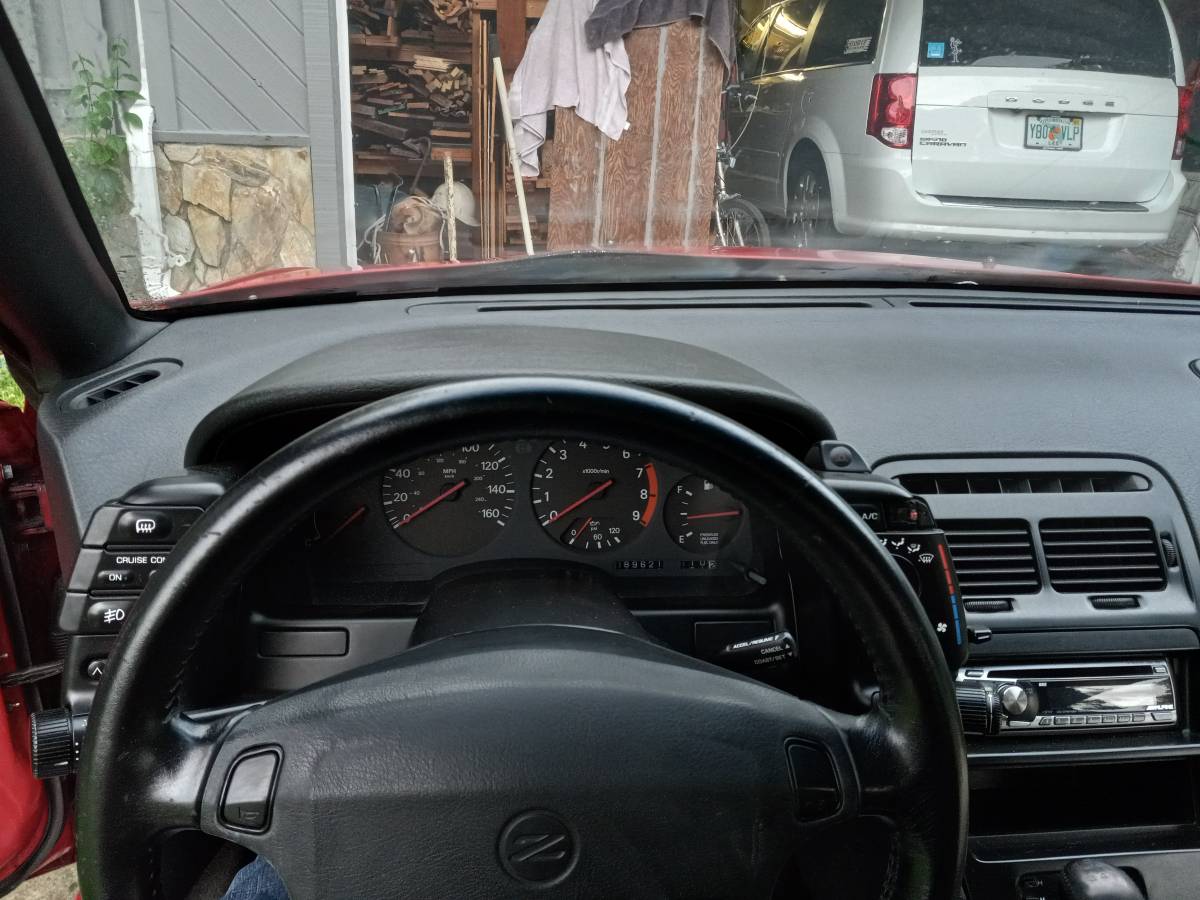 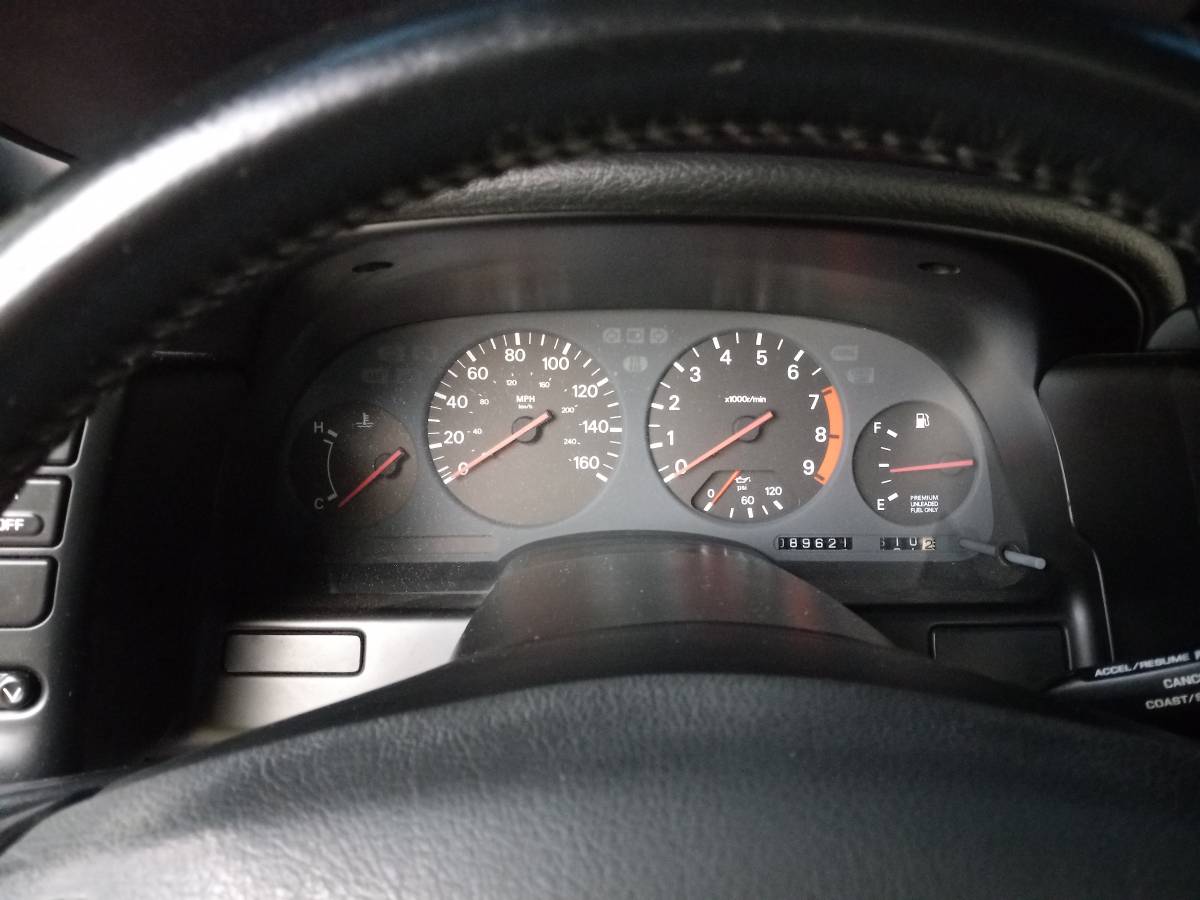 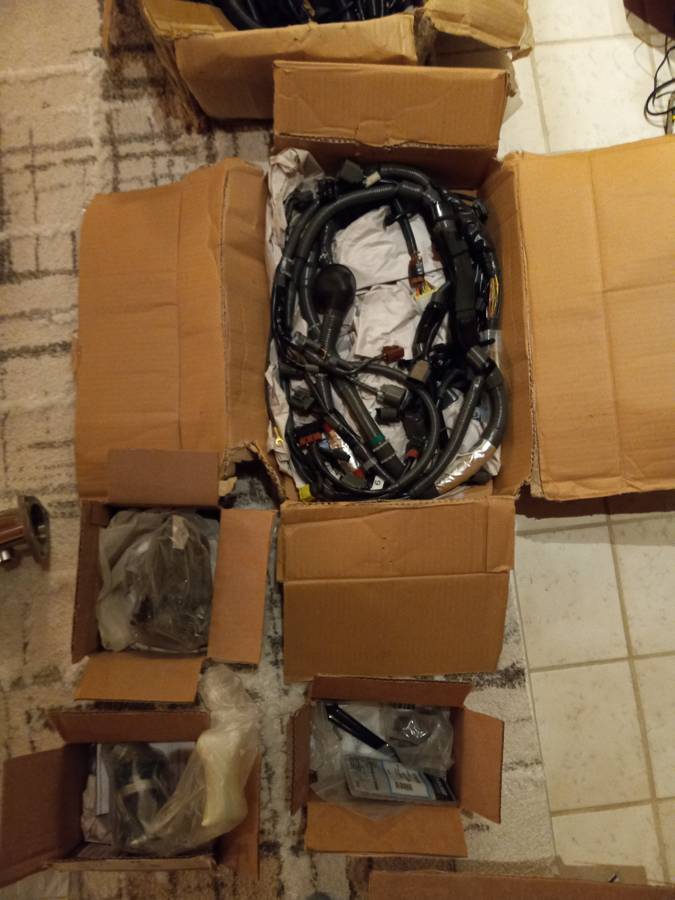 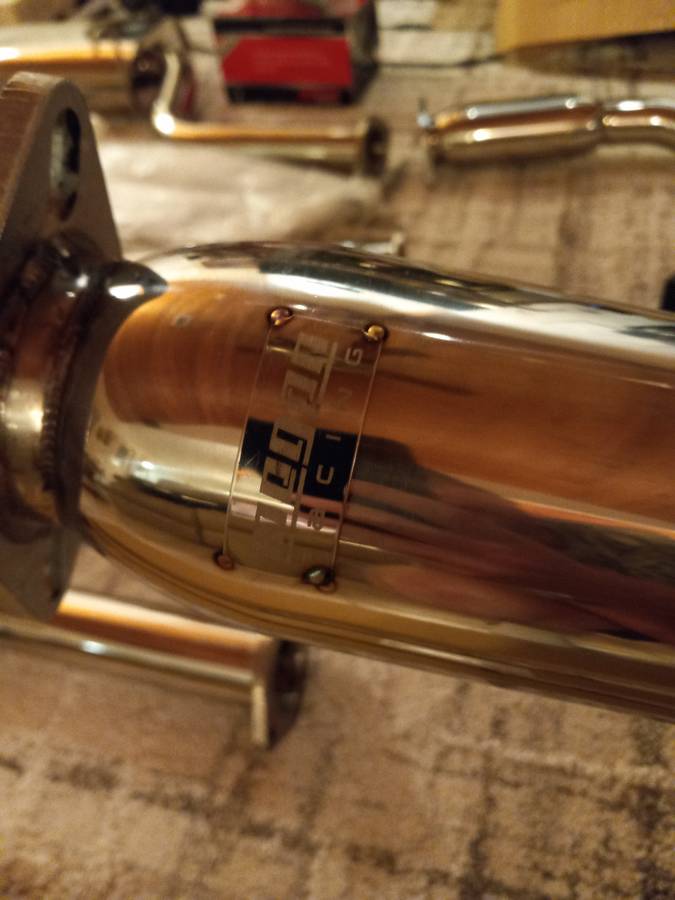 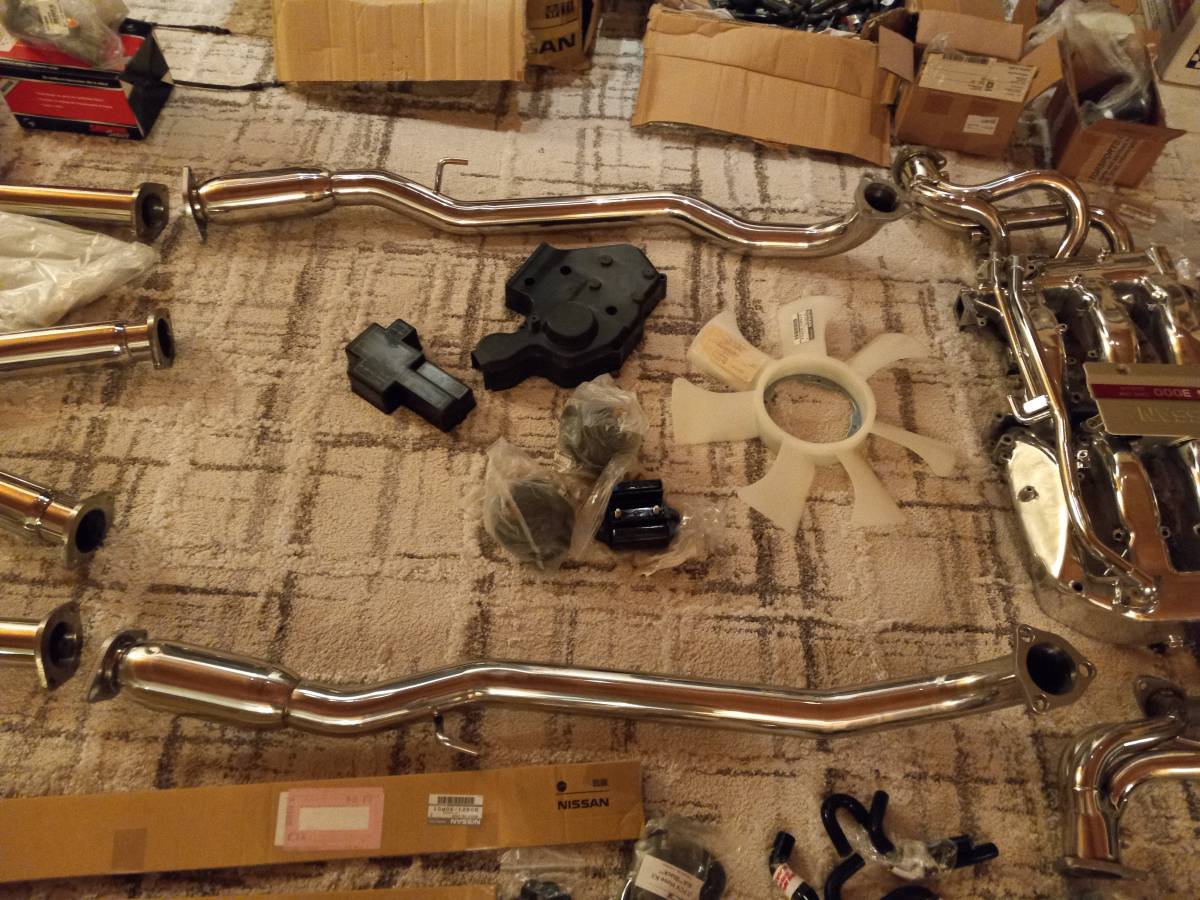 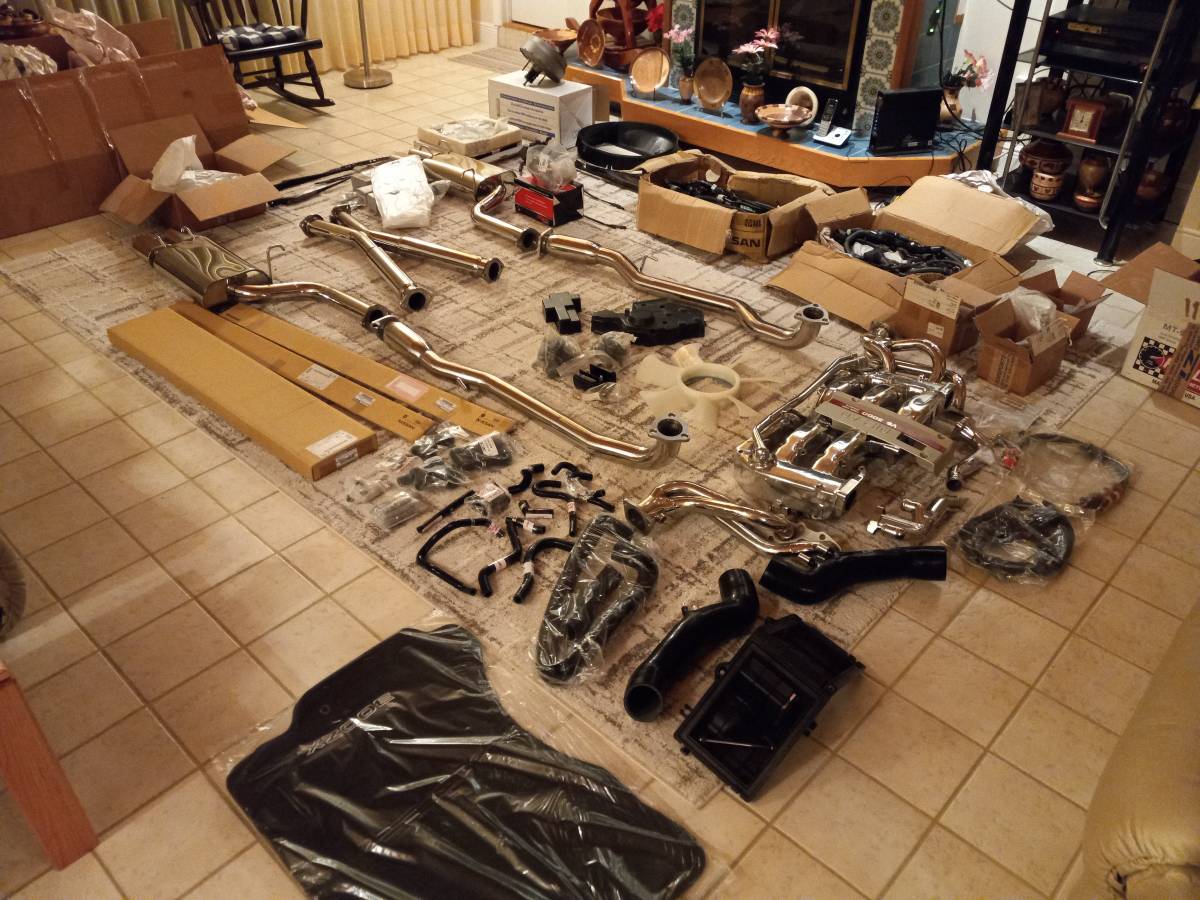 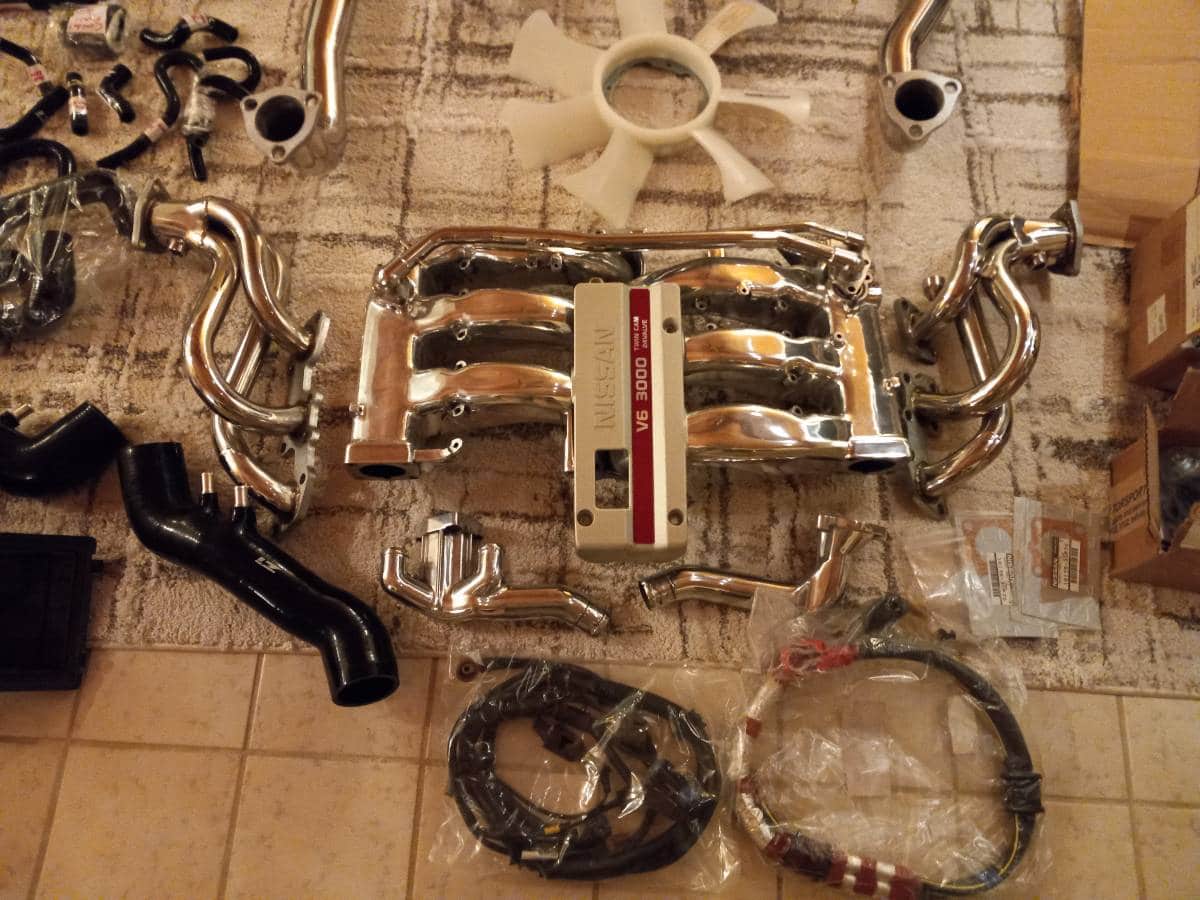 December 10, 2021 Update – We just came across an updated listing for this ’94 Nissan 300Zx we first featured in early November. In their latest listing, the description, pictures, and asking price of $7,000 all remain the same.

November 11, 2021 Update – The private seller just decreased their asking price by five hundred dollars to an even $7,000.

The Z32 Nissan 300ZX remains an accessible rad-era classic, but for how much longer? Gorgeous styling flanked by either a responsive V6 or twin-turbocharged mill means you get to have your cake and eat it, too, with the rarity factor making the ownership experience even more satisfying. That may be why the seller of this low-mileage but fire-damaged 1994 Nissan 300ZX Convertible originally listed in November 2021 on Craigslist in Ft. Myers, Florida has acquired an incredible assortment of parts to return it back to better than new condition, all of which will be included in the revised asking price of $7,000 (the original ask is $7,500). Comparing this price against the Hagerty Insurance Online Valuation Tool confirms this private seller of this Z32 project has priced his example just below the “Fair” valuation of $7,700, which isn’t far off considering the majority of the car is in decent shape.

The Z32 was never quite a raw performance car, but it did a masterful job of behaving like a grand tourer most of the time and still being able to kick up its heels when called upon. It hailed from what can be considered Nissan’s golden era when it was producing numerous models that fulfilled different purposes in the lineup but every car and truck it sold had a respectable performance streak baked into its DNA. The Maxima, 240SX,  NX2000, and Sentra SE-R – hell, throw in the Pathfinder for its two-door variant – were all incredibly competent out-of-the-box performers, and to look at the company’s lineup just makes you shake your head and wonder what went wrong? The Z32 was a darling of the automotive press and tuners alike, as the latter group found endless ways to extract more performance out of its booster powerplant.

The MotorWeek RetroReview Channel provides this vintage glimpse back at the Z32 300ZX twin-turbo model:

The seller had the unfortunate luck to experience an engine fire on what was otherwise a stock, low-mileage specimen, with just under 90,000 miles on the clock. The engine fire was fortunately contained to such a degree that the seller is confident the engine itself was not ruined, just the nearby hoses and wiring. To that end, the seller has assembled an incredible assortment of spare parts, and as someone who routinely attempts to hunt down rare and obsolete factory parts, my hat is off to the seller for what he’s found, which includes the last known brand-new factory wiring harness that was apparently collecting dust in the back of a California warehouse. The seller has also collected upgrade parts, such as a rare B&B cat-back exhaust that is fully polished from end-to-end and aftermarket headers. The list of OEM tune-up parts is extensive, and it’s a bit of a head-scratcher as to why he’s giving up now after all the work that’s been done. Still, it’s a great opportunity for the next owner who can also do his own re-assembly and likely end up with years’ worth of good spares. Have fun with this rare project if you take this Z32 convertible home!

The Car was in excellent shape with cold ac till, a gas leak or brake fluid, caused the engine to catch on fire under the hood, the fire was put out fast enough to where the engine did not get ruined, but all the wires and hoses got melted on top of the motor, so i decided the car was worth keeping and proceeded to order all the parts needed to pull the motor out of the car and rewire and redo the whole thing……. i almost have everything needed to redo the car and have lost interest in finishing the project, if you are good at working on cars and pulling the motor redo everything you’ll have a really nice 300ZX!!!

the following is just some of the parts i bought to rebuild the car! there’s more if you are interested we can go over it together if you come to see it.

i bought a brand new oem factory hood from Nissan(because the fire under the hood made one weld pop underneath the original hood, which can be fixed but i wanted it perfect new one still in the box!)

new throttle position sensor, new hood insulator, wiper washer jets, new hood support rod clamps and grommet set, wiper relay box, wiper arm nut covers, all plenum gaskets balance tube etc, plenum throttle cable cover, throttle position sensor, throttle cable, new left main air intake tube, new engine firewall top edge seal, full cowel left hand and right hand (the plastic that goes between window and wipers go thru it, radio console finisher, new door eschutcheon set black, interior door handle assembly inside left and right to make the interior look fresh including new handle for glove box so all plastics look new in car, new shifter knob and new shifter bag, new set of chrome racing headers, new chrome straight pipe no cat, new B&B Catback exhaust with show room polish all the way down has 4 quad oval pipes coming out the end suppose to have the lowest exhaust note for a 300zx B&B makes porshche downpipes, new nissan 300zx floor mats, new fuse box, new fusebox cover, new brake booster, new clutch master cylinder, new brake master cylinder, all new seals for the convertible top, Polished Plenum, polished water pipes, every hose that goes under the hood that is made out of rubber has been purchased for this car from Z1 motorsports and all are made out of SILICONE you will never have a hose failure as long as you own this car, new battery wire kit, new fan shroud, new lightweight racing flywheel from z1 motorsports and a racing clutch to handle the different fly wheel all from z1 motorsports, HAVE ALL NEW INJECTORS, NEW TIMING BELT AND SEALS,
there are too many things to list them all but if your interested in my car and are a serious buyer i will pull out every thing i have for the car and we can go over it in detail there is so little left to buy to start work on it , makes me disapointed that im giving up on the project after spending so much time and money to fix it, but im ready to sell it, whoever buys this car will benefit from all the hard work and money i put into parts to rebuild it!!
anyway these cars are becoming hard to find and in good shape very hard, so i know these cars are going to only go up in price in time.

also i bought the last original main engine harness available in the world thats oem nissan still new in the box, it was found in the back of nissan wharehouse in california and i was told no more could be ordered even from japan , that harness alone is worth a lot because its still new in a box, you can have custom wires built for your ZCAR but you cant own an original oem new in the box, basically when the cars finished there wont be one single wire thats not new under the hood, and with the polished plenum and water pipes, chrome racing headers and all polished pipes underneath the car including the catback exhaust its gonna be a really nice looking car outside and under the hood.