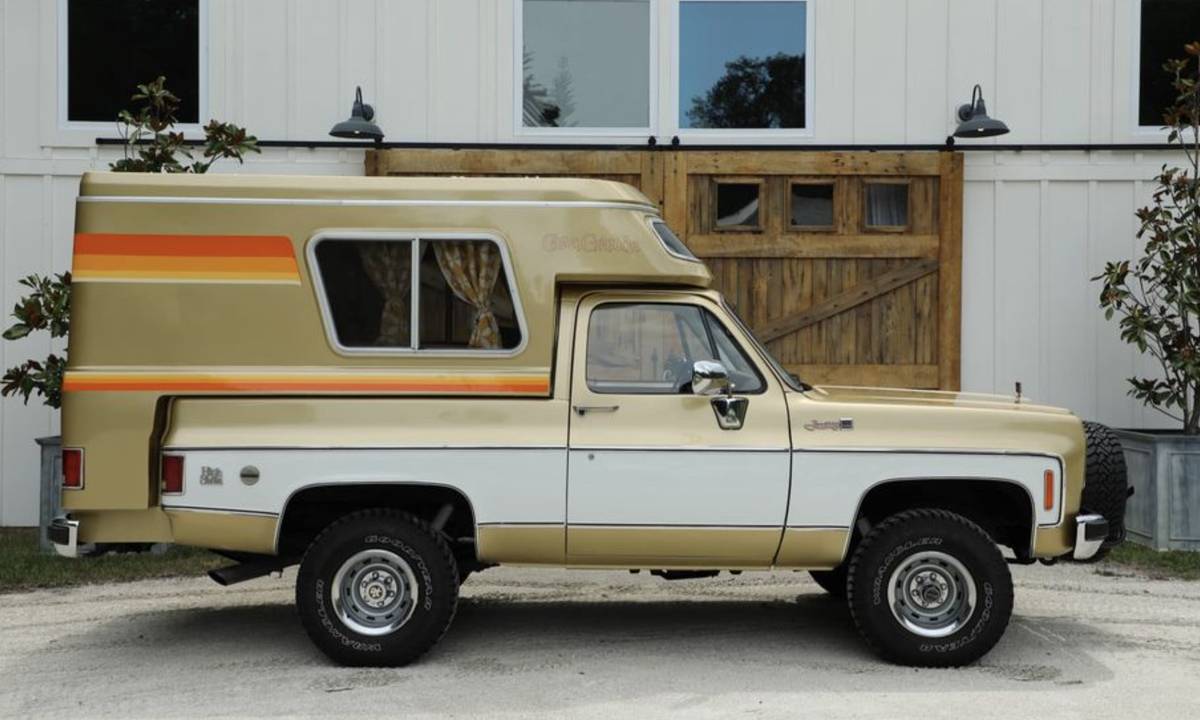 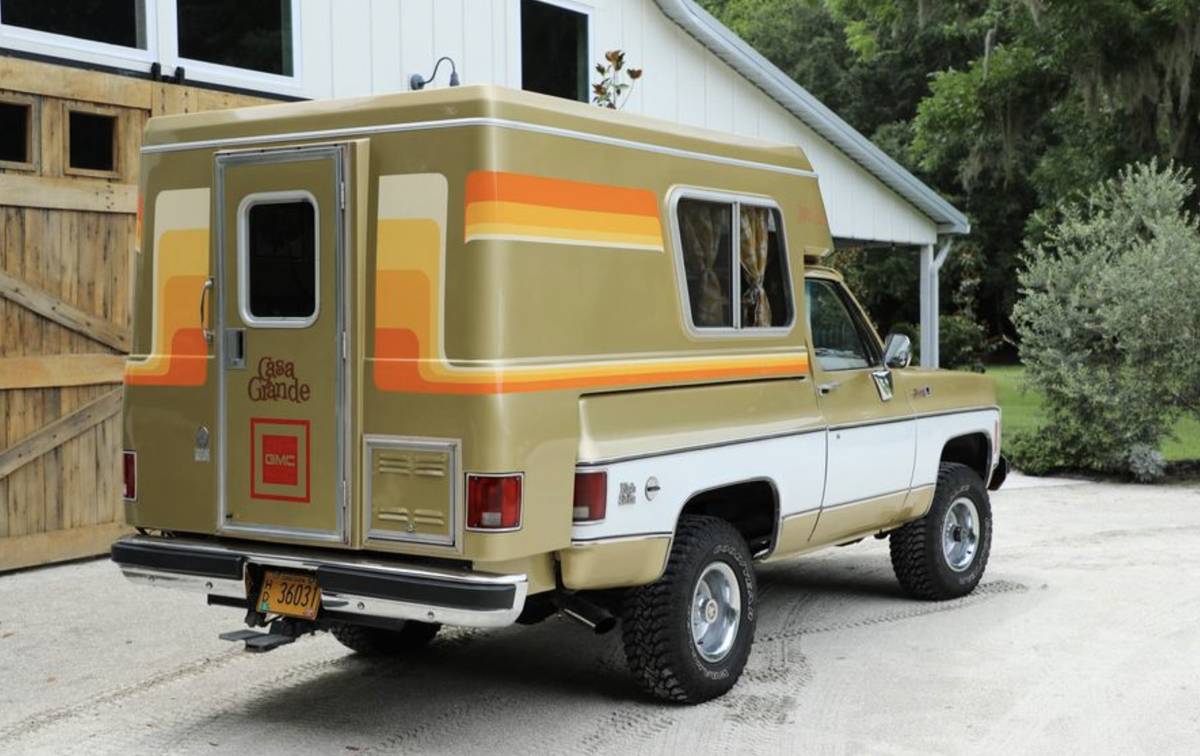 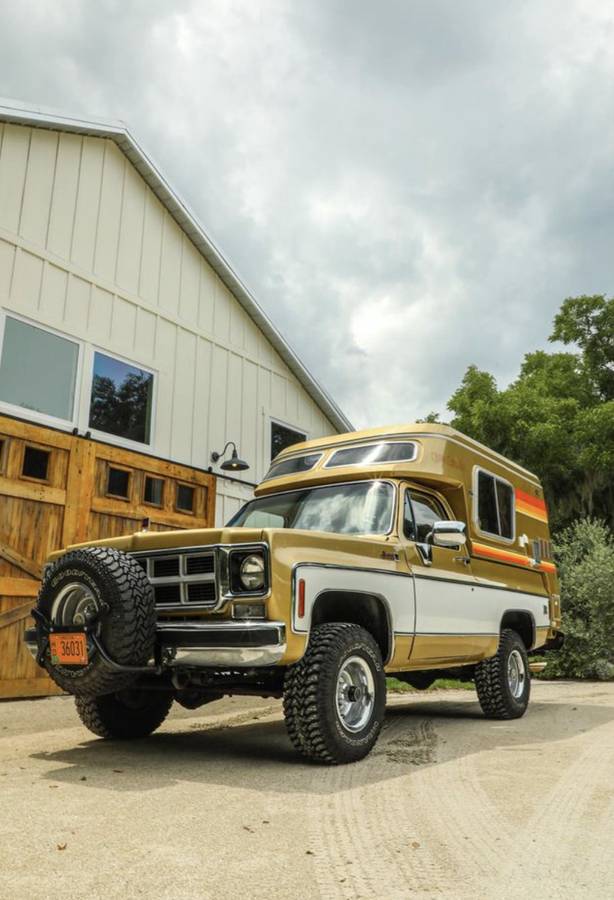 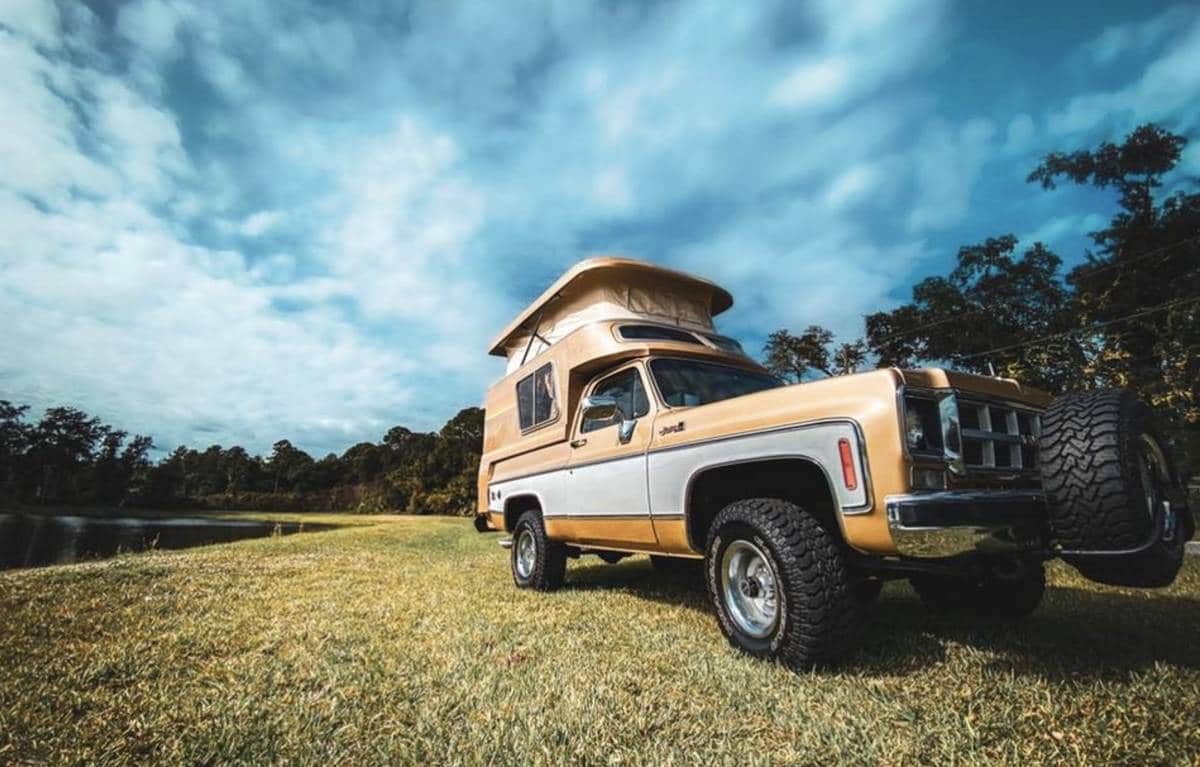 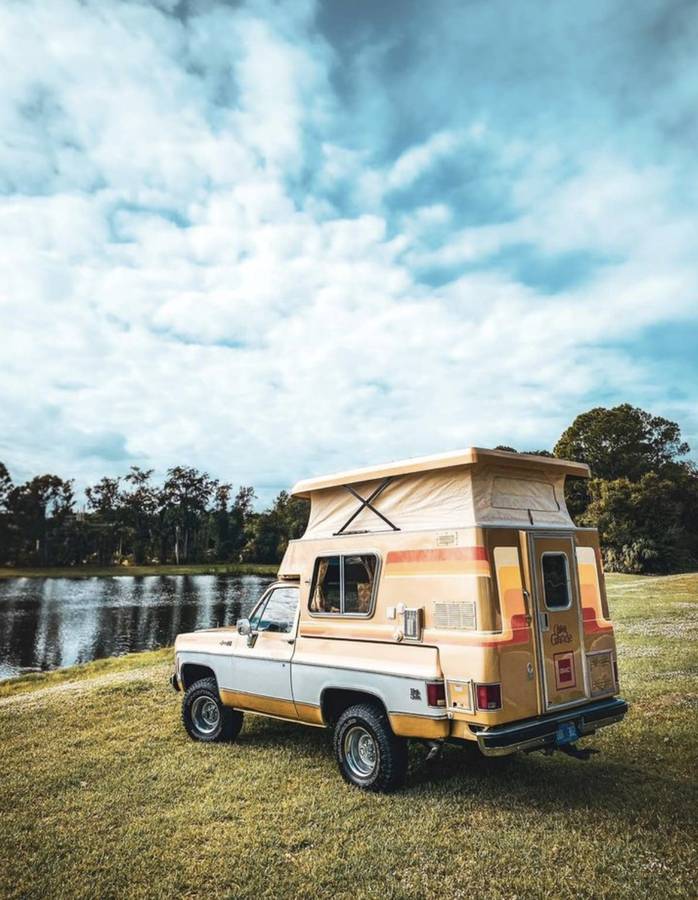 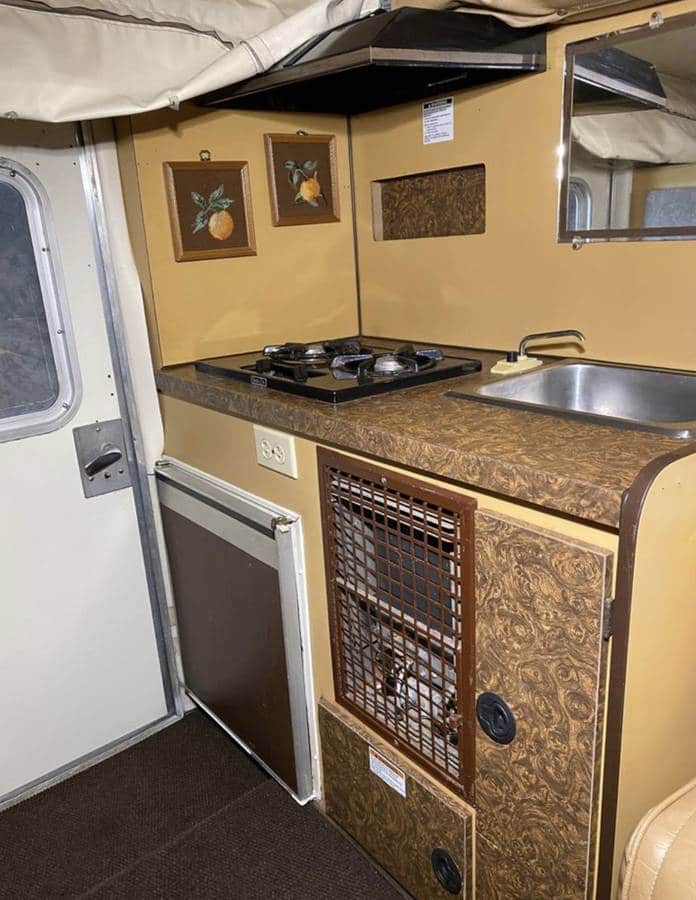 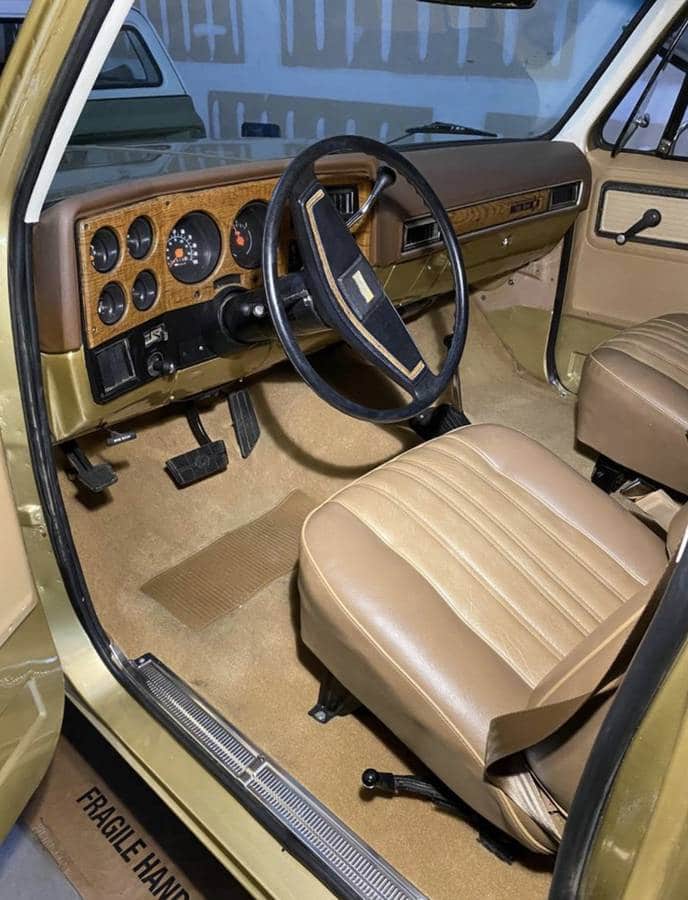 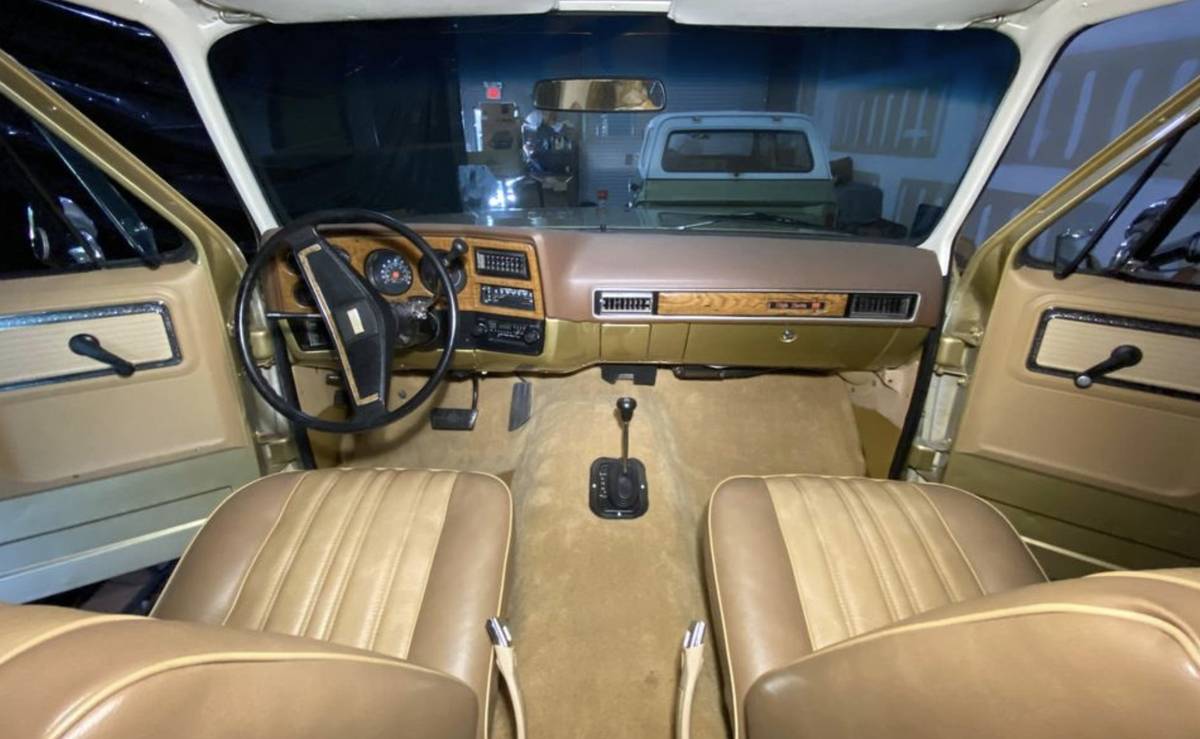 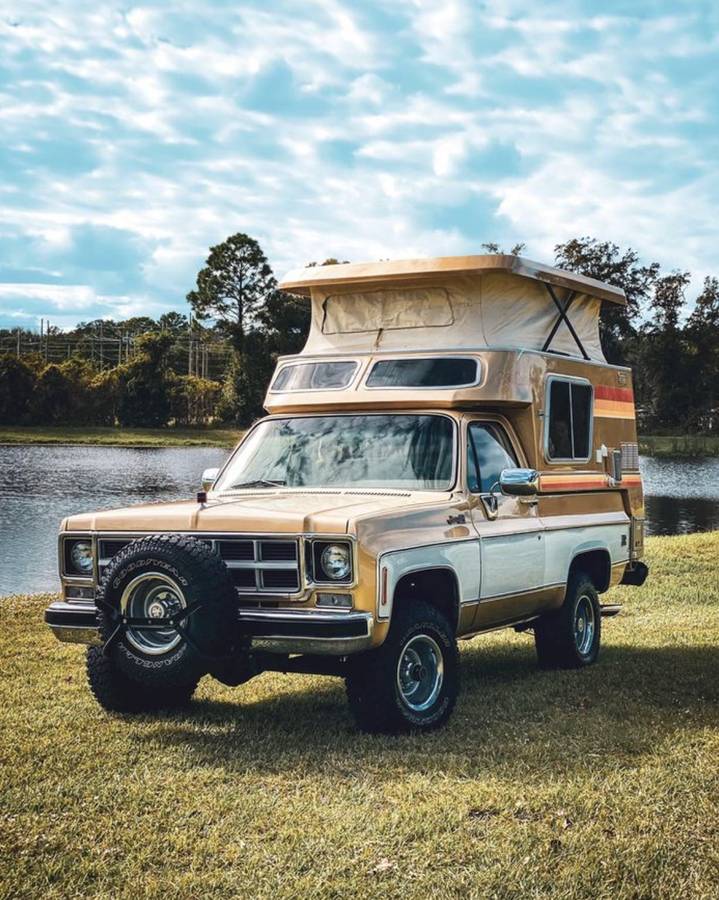 January 10, 2022 Update – We just confirmed the listing for this “Classifind” expired, so with no replacement found we’re assuming this ride “Sold?” While this one got away, please reach out either by email or call us directly if you’d like to be informed when we come across something similar.

Knowledgeable vintage RV enthusiasts are likely familiar with General Motor’s mid-1970s expansion into the RV market when it partnered with Coachbuilder Chinook. The two-year partnership produced approximately 2,000 Blazer Chalets between 1976 and 1977.  Not well known is the fact the partnership also produced only 200 GMC versions exemplified by this 1977 GMC Jimmy Casa Grande originally listed in December 2021 on Craigslist in New Smyrna Beach, Florida (Daytona).

Before the pandemic, you could buy used versions of these for just a few thousand dollars. Our very own Jeff Lavery wrote about this example in September 2018 where the Buy-It-Now price was only $3,500. Fast forward three years to March 2021 when Bring A Trailer auctioned this mint condition, 32K original mile example for an eye-watering $125,000.  Sanity somewhat reappeared in September when BaT auctioned another example that was bid to $45,000. We’re willing to bet the seller of this Jimmy version is basing their asking price on these benchmarks. Noteworthy is the fact the seller lists the price as “OBO” and is open to possible trades of equal value.

If you’re not familiar with these RVs, they were full-size Chevrolet Blazers and GMC Jimmys that came from the dealer with a pop-up camper on it.  Less than 1800 units were made between spring 1976 and very early 1977 and were sold through Chevy/GMC dealerships. The Blazer came off the same production line as a regular truck and had a pop-up camper shell installed by Chinook Mobilodge in Washington. The camper is similar to the Chinook campers installed on Toyota pickups of the same era.

Inside you’ll find a propane heater and stove; a water tank and sink, and either an icebox or a fridge. Shelves, closets, and a removable tabletop round out the furnishings. They did not, however, come with a shower or toilet. In short, it’s a home away from home, for a couple of people for the weekend. It’s not suited for large families or long-term camping; consider it a weekend camper and not a full-fledged RV. Also noteworthy is the fact that, unlike a stock Jimmy’s rear hardtop, the camper section is permanently mounted to the truck.

We came across this video posted on YouTube demonstrating what it’s like to camp with a GMC Jimmy Casa Grande:

Based upon the pictures provided, the fresh paint and interior really make this 1977 GMC Jimmy Casa Grande stand out.

Show or go: what would you do with this restored 1977 GMC Jimmy Casa Grande RV?  Comment below and let us know!