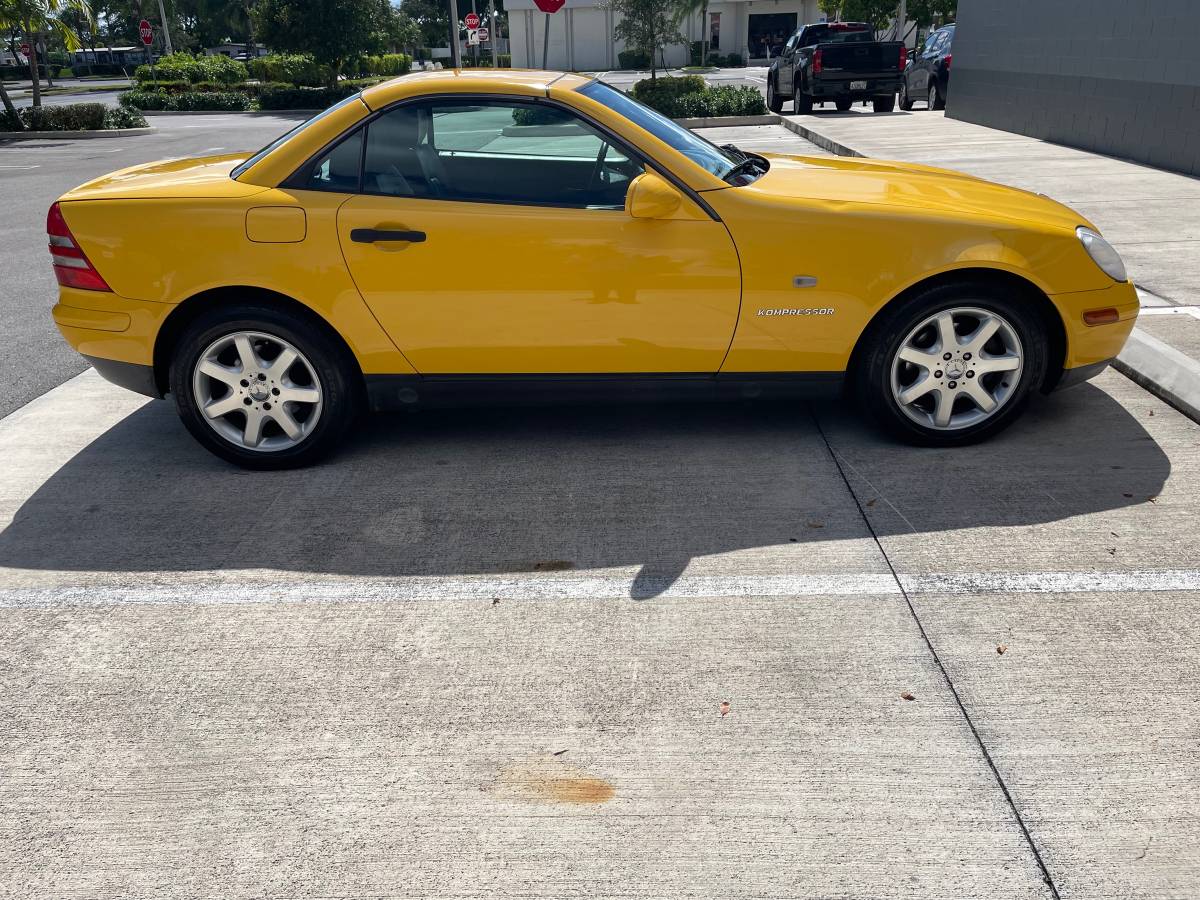 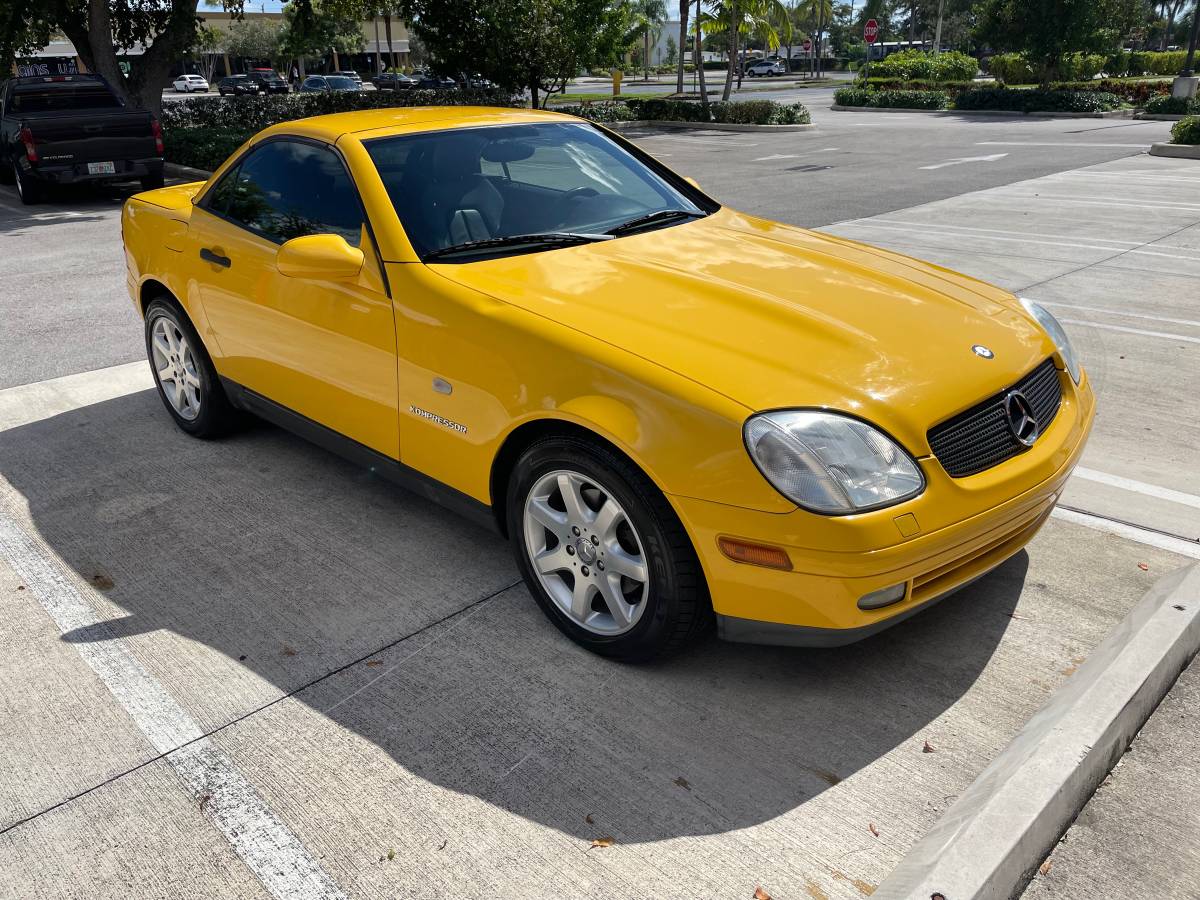 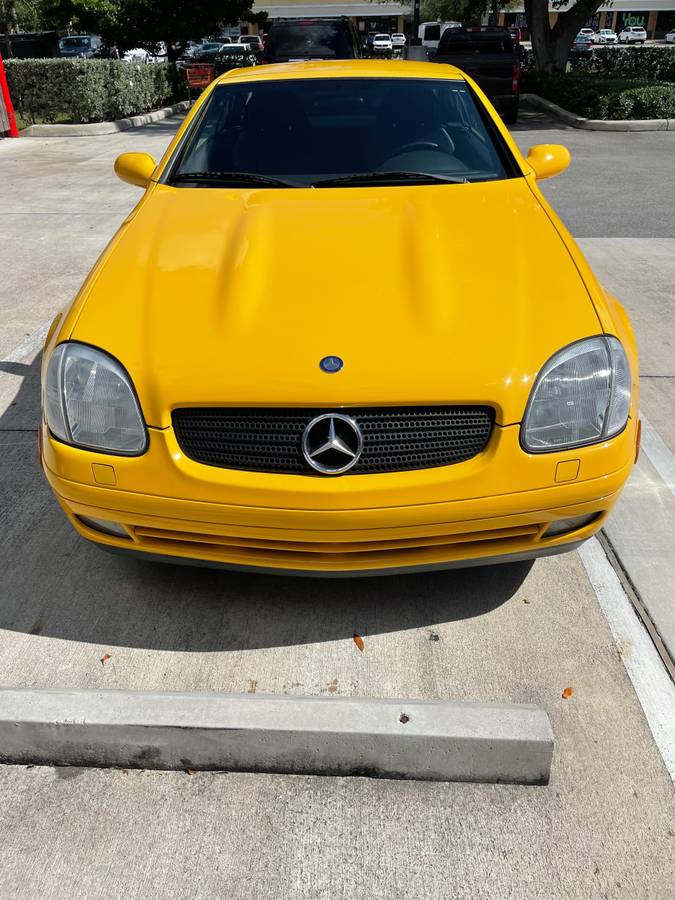 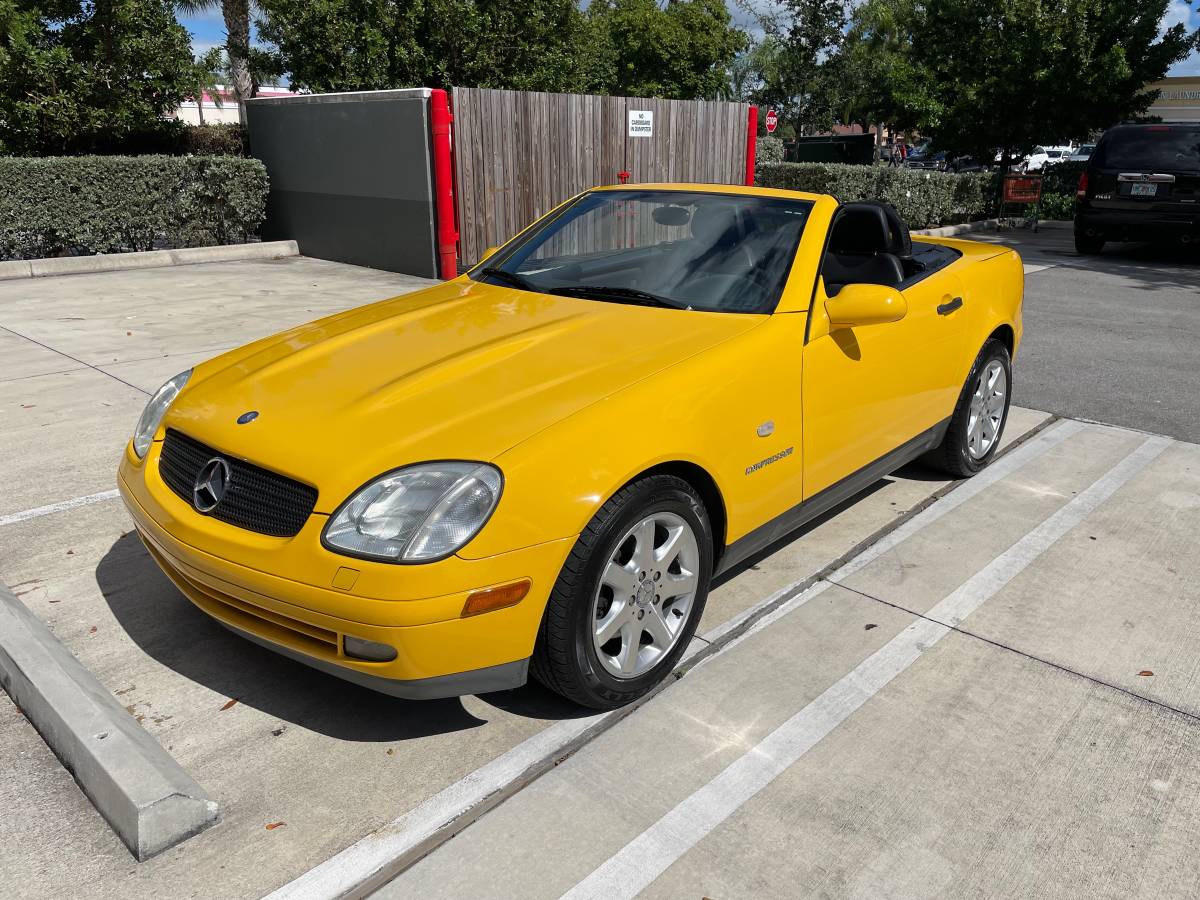 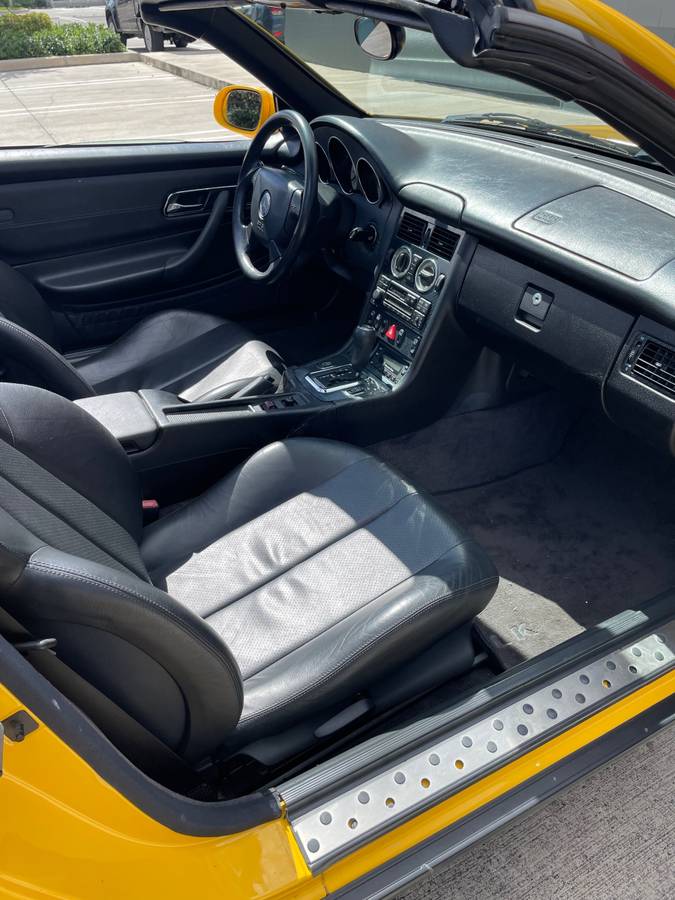 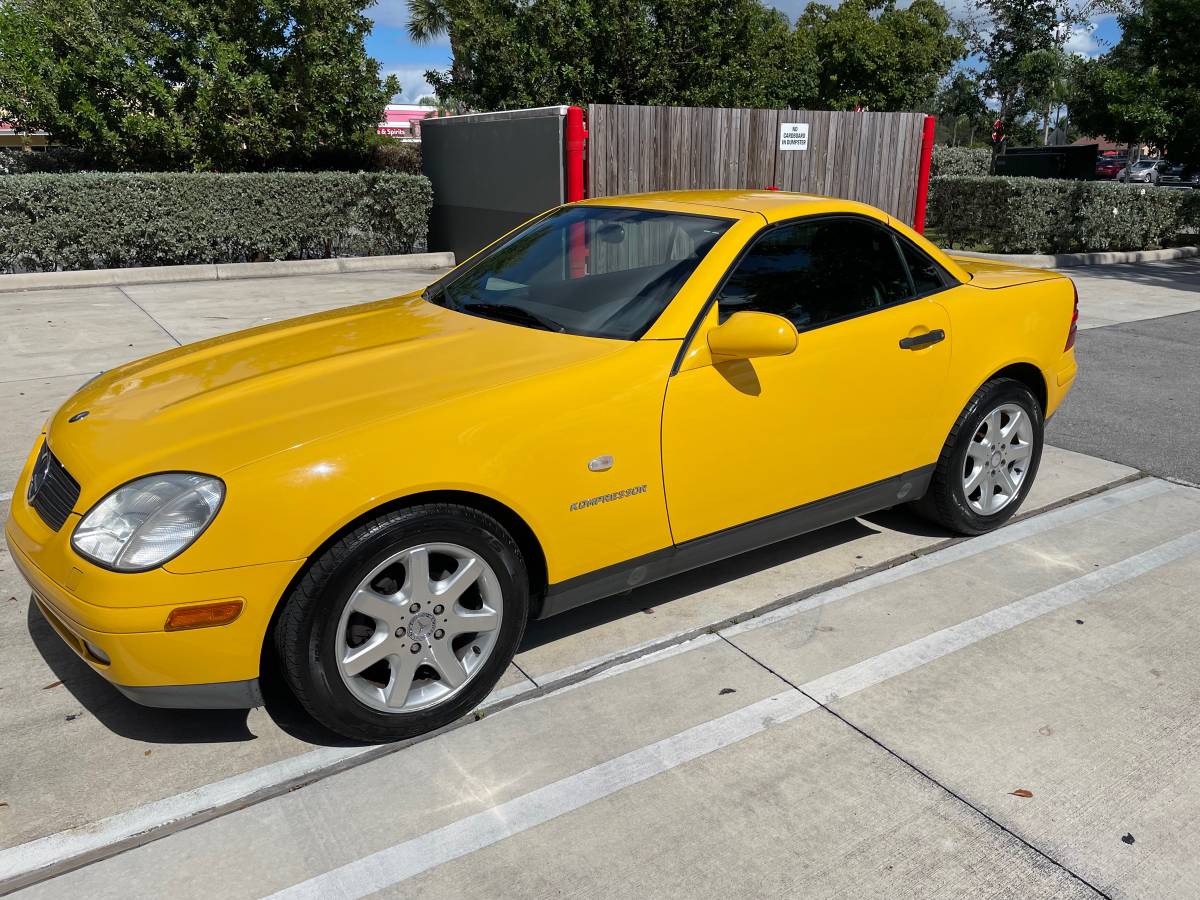 December 15, 2021 Update – We confirmed the seller of this “Classifind” deleted their listing, so we’re now able to call this one “SOLD!” While this one got away, please reach out either by email or call us directly if you’d like to be informed when we come across something similar.

It’s amazing to think of how many cars were introduced with great fanfare only to become cheap, secondhand purchases that now litter classifieds sites everywhere. It’s not to say that it was a bad car – hardly – it’s just the circle of life, from being the star of the show car circuit to an affordable runabout with a power-folding hardtop like this 1998 Mercedes-Benz SLK230 originally listed in December 2021 on Craigslist in  Coral Way, Florida (Miami) for $8,000 and wearing one of the more sought-after factory colors.   Comparing this price against the Hagerty Insurance Online Valuation Tool confirms this private seller has his convertible priced right in line with a “Good” condition model that is valued at a reasonable $8,700.

The SLK burst onto the show car circuit in what would turn out to be a very good year for concept cars becoming production vehicles. The Porsche Boxster and BMW Z3, along with the still-somewhat-fresh Dodge Viper GTS coupe, were examples of manufacturers finally taking their concept vehicles into production without the mass market offering being completely watered down. The Boxster was closest to being a pure sports car, while the SLK and Z3 were happier being billed as fair-weather runabouts that could dance when pressed. The Boxster was a traditional convertible, as was the Z3, but the SLK stood apart for its folding-powered hardtop, along with its use of the Kompressor supercharged engine.

The British Car Enthusiast channel Men & Motors provides this review of the Mercedes-Benz SLK230 and what to look for when buying one second-hand:

The seller doesn’t include much in the way of a description for his bright yellow SLK230, which is one of the louder colors you could order an SLK in that we don’t see much of these days. If you ask the small circle of SLK enthusiasts out there which colors are the rarest, this shade of yellow will be at the tips of their tongues. However, that doesn’t make it the most desirable version of Mercedes’ mid-tier roadster, as that honor belongs to the rarely-seen AMG version the company offered for a time, which came with a supercharged V6 and a host of other upgrades. Still, the pictures seem to at least confirm that this is a low mileage car with just 60K listed in the description, as the bodywork and leather interior both appear to be in excellent condition. Despite the limited details, this one looks good enough to at least schedule some time to check out in person.