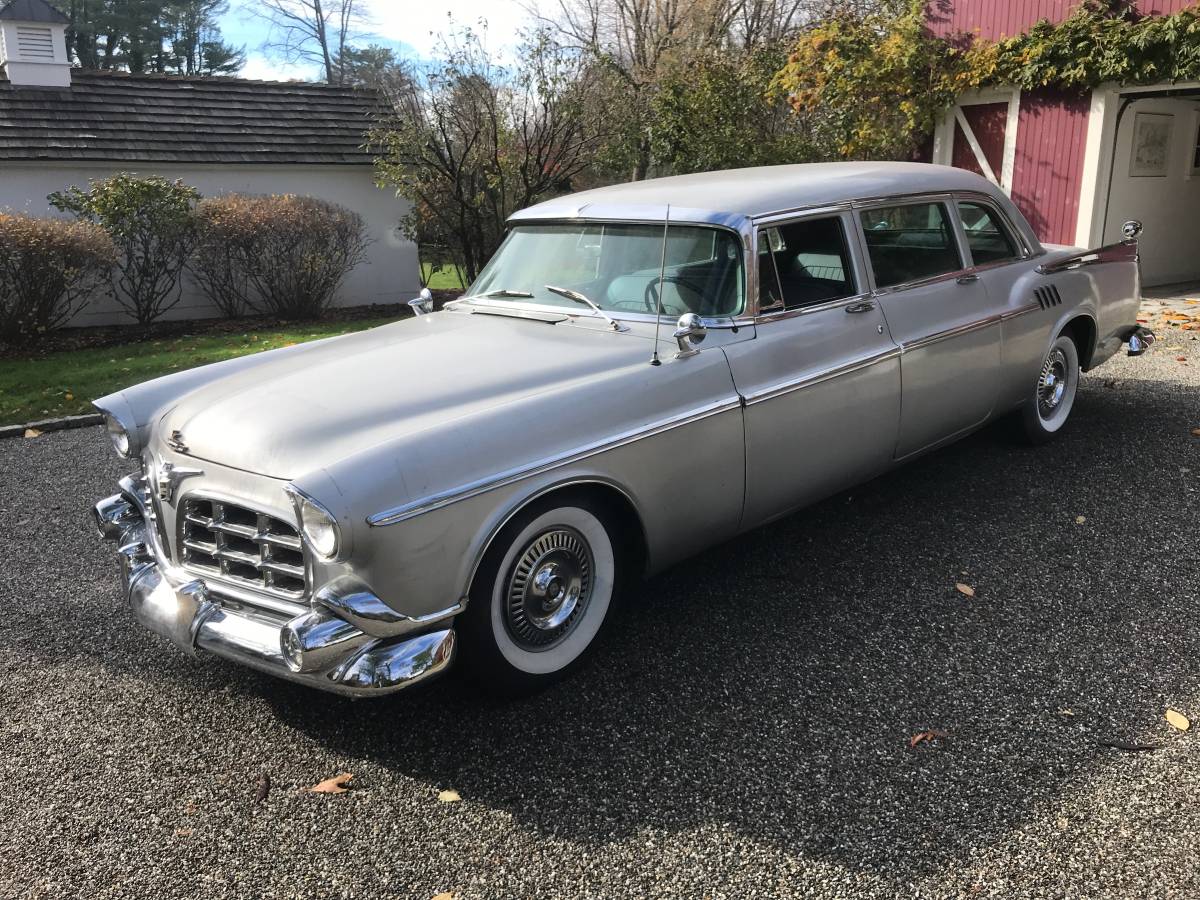 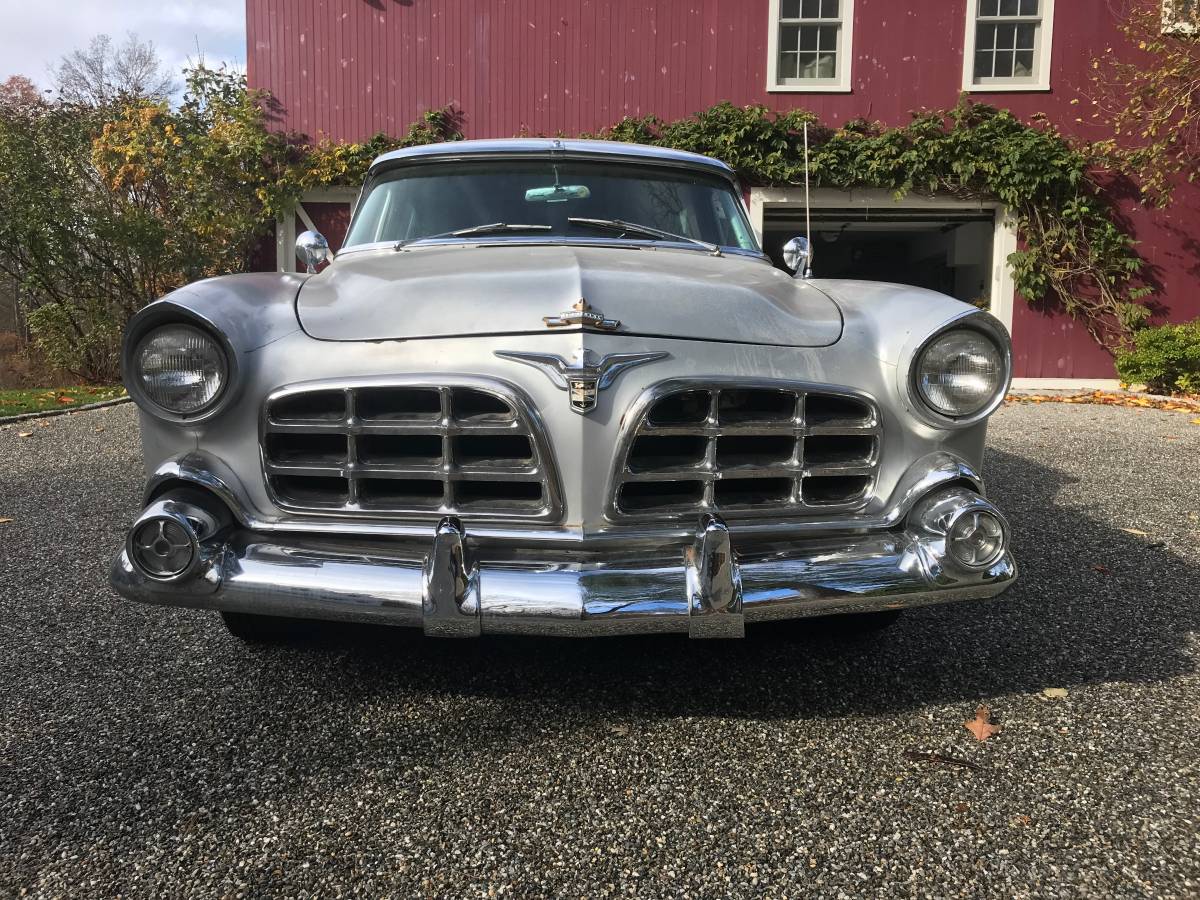 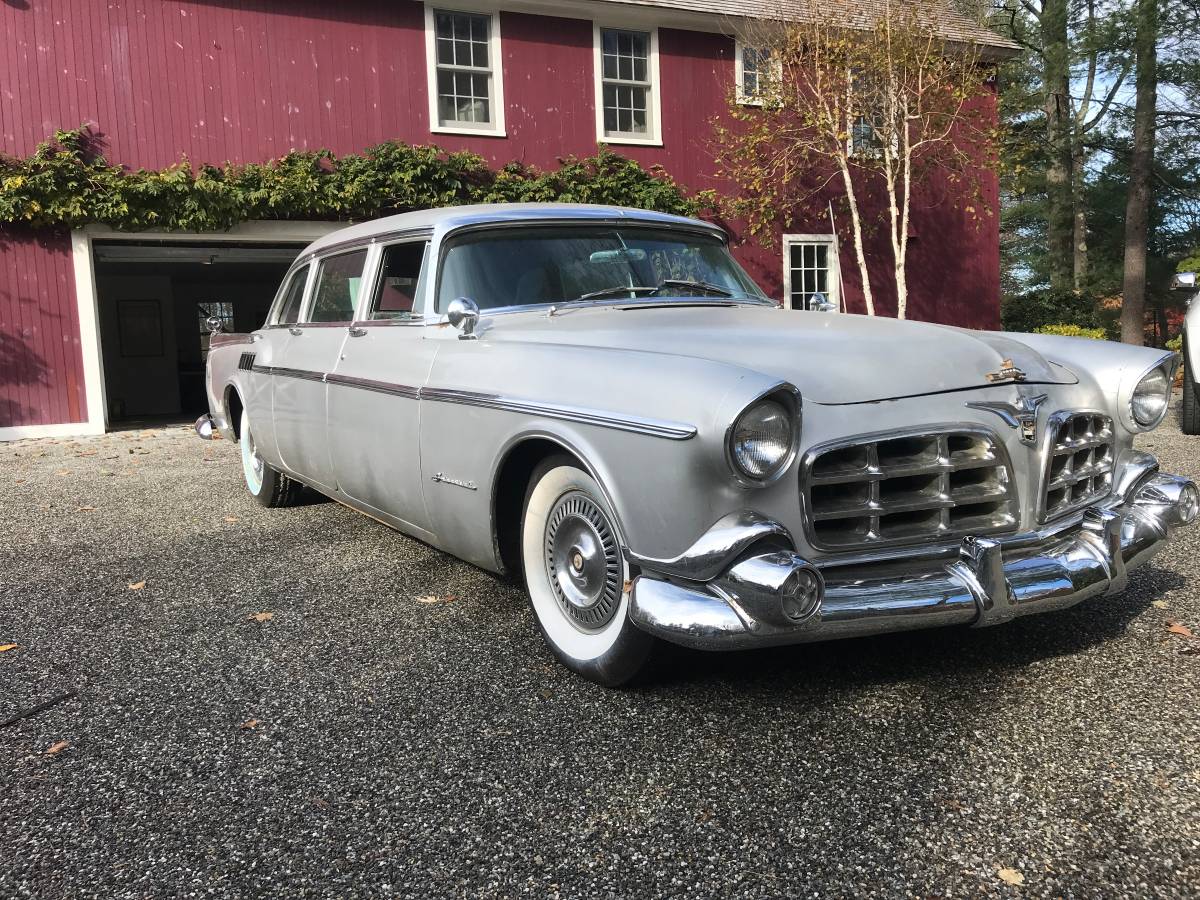 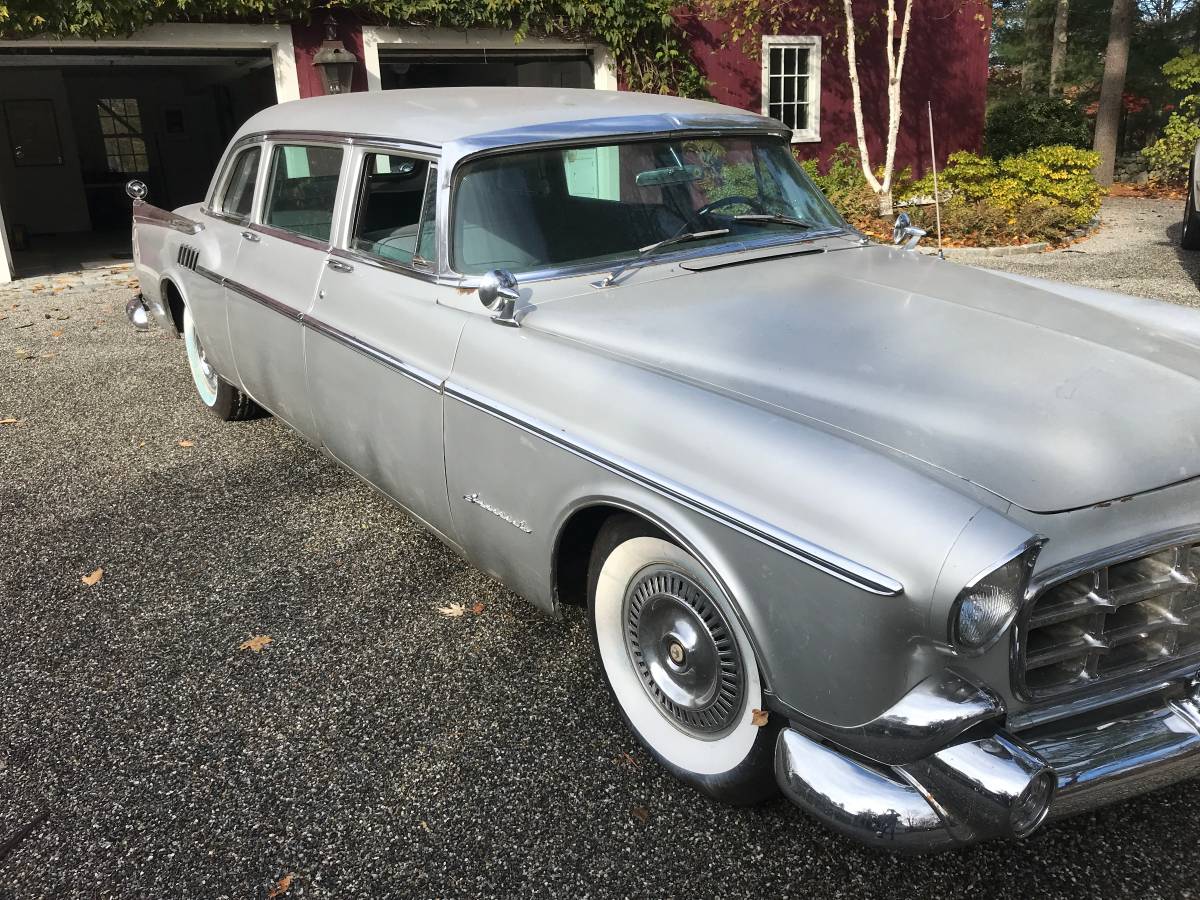 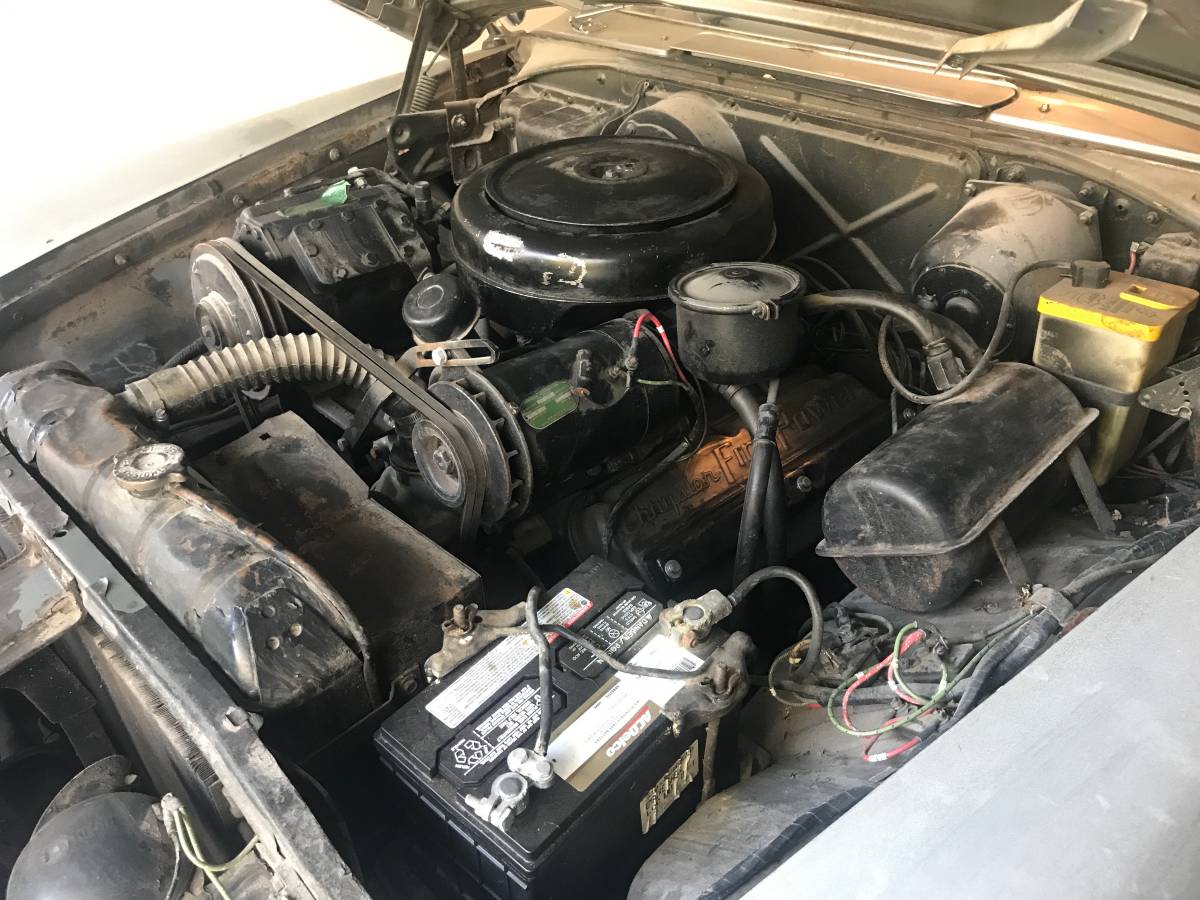 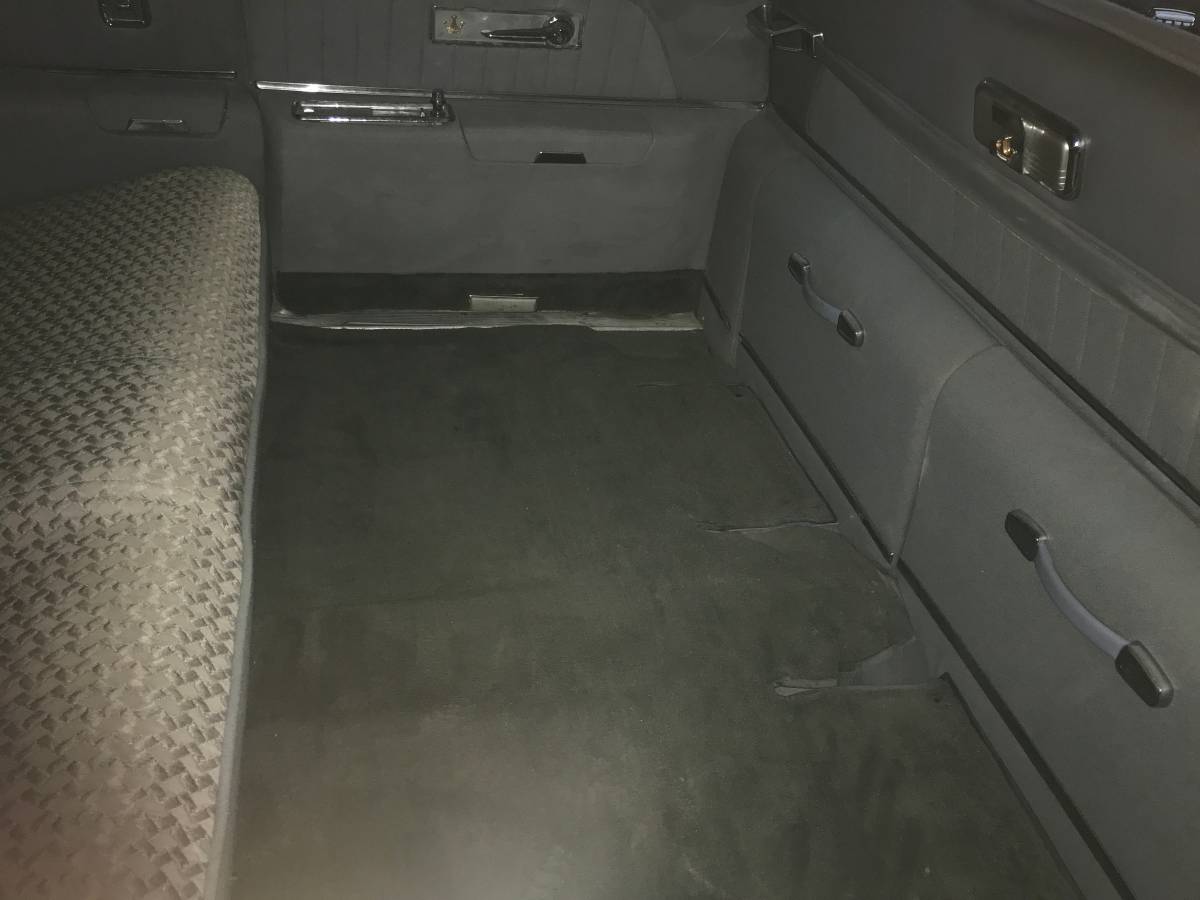 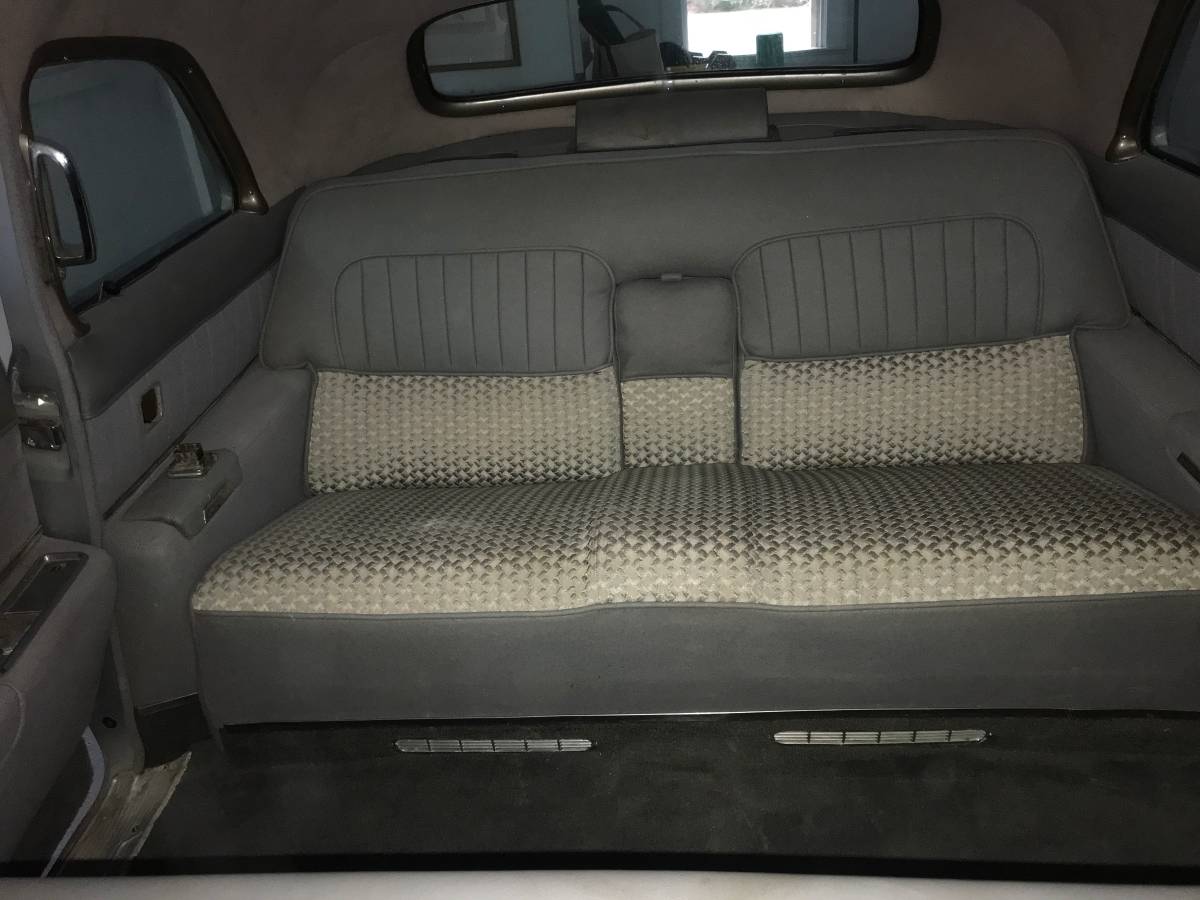 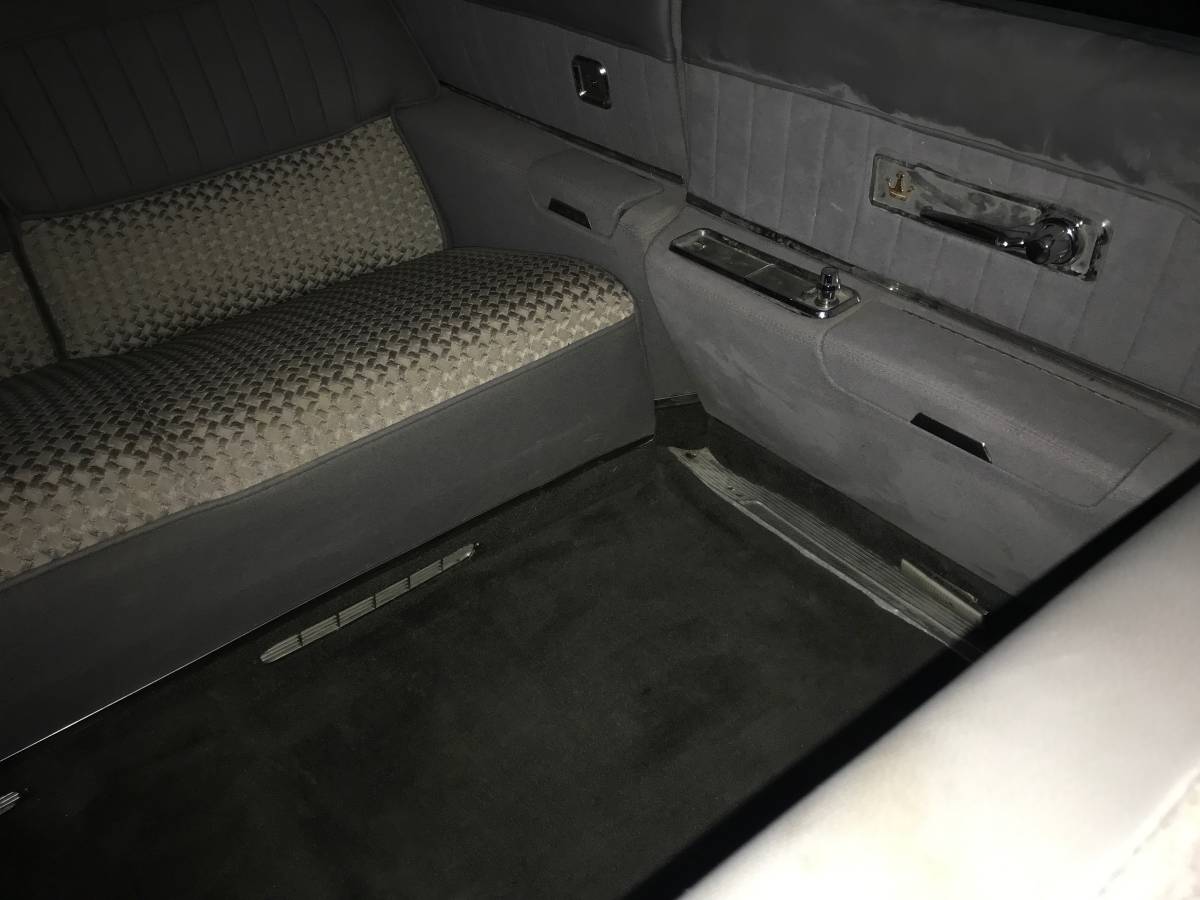 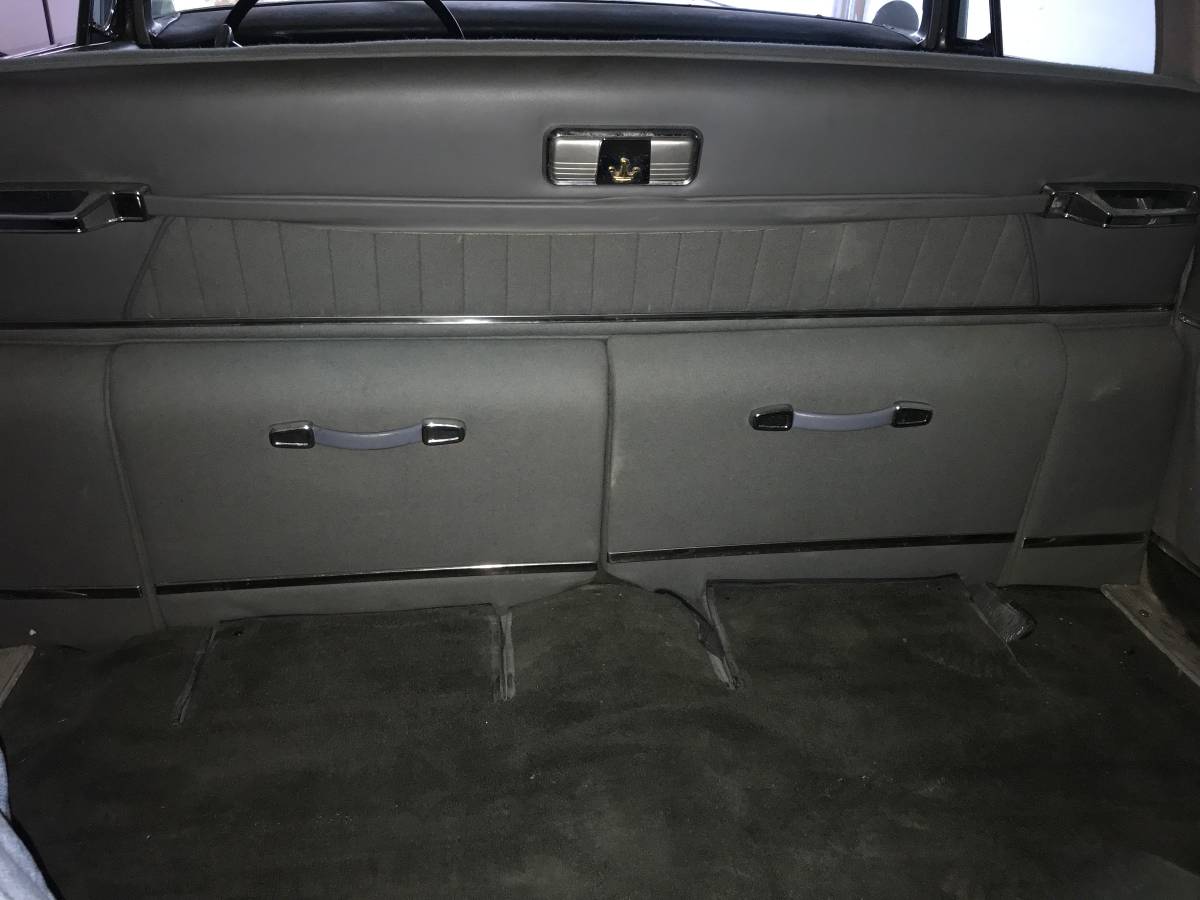 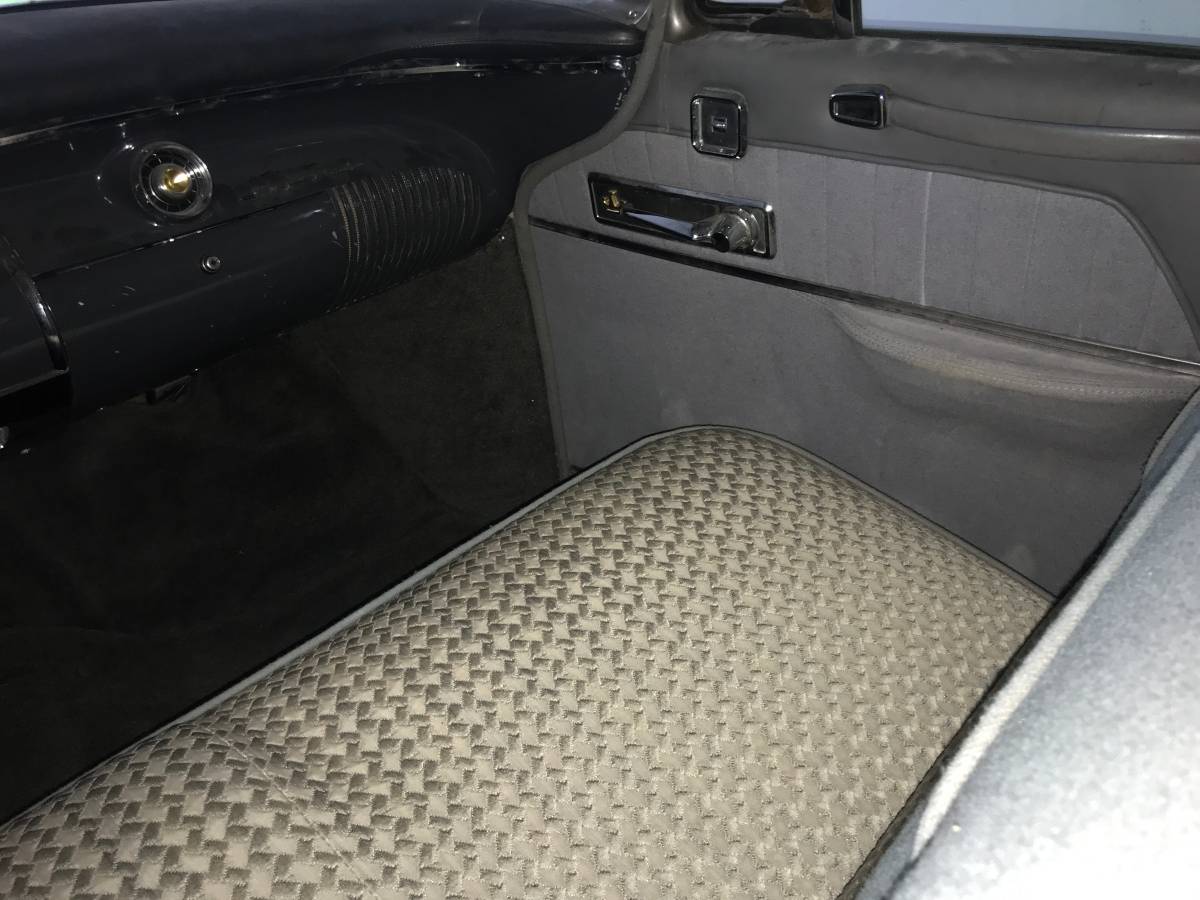 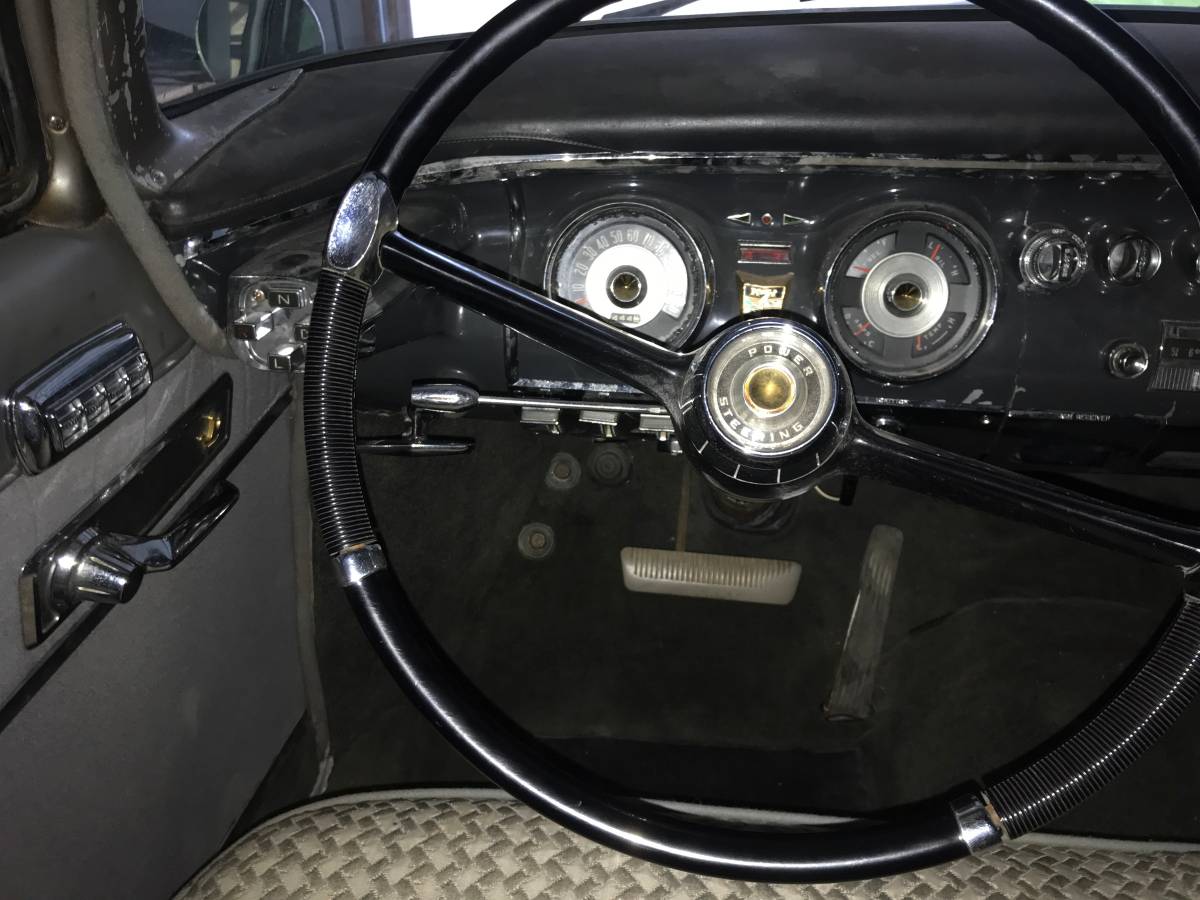 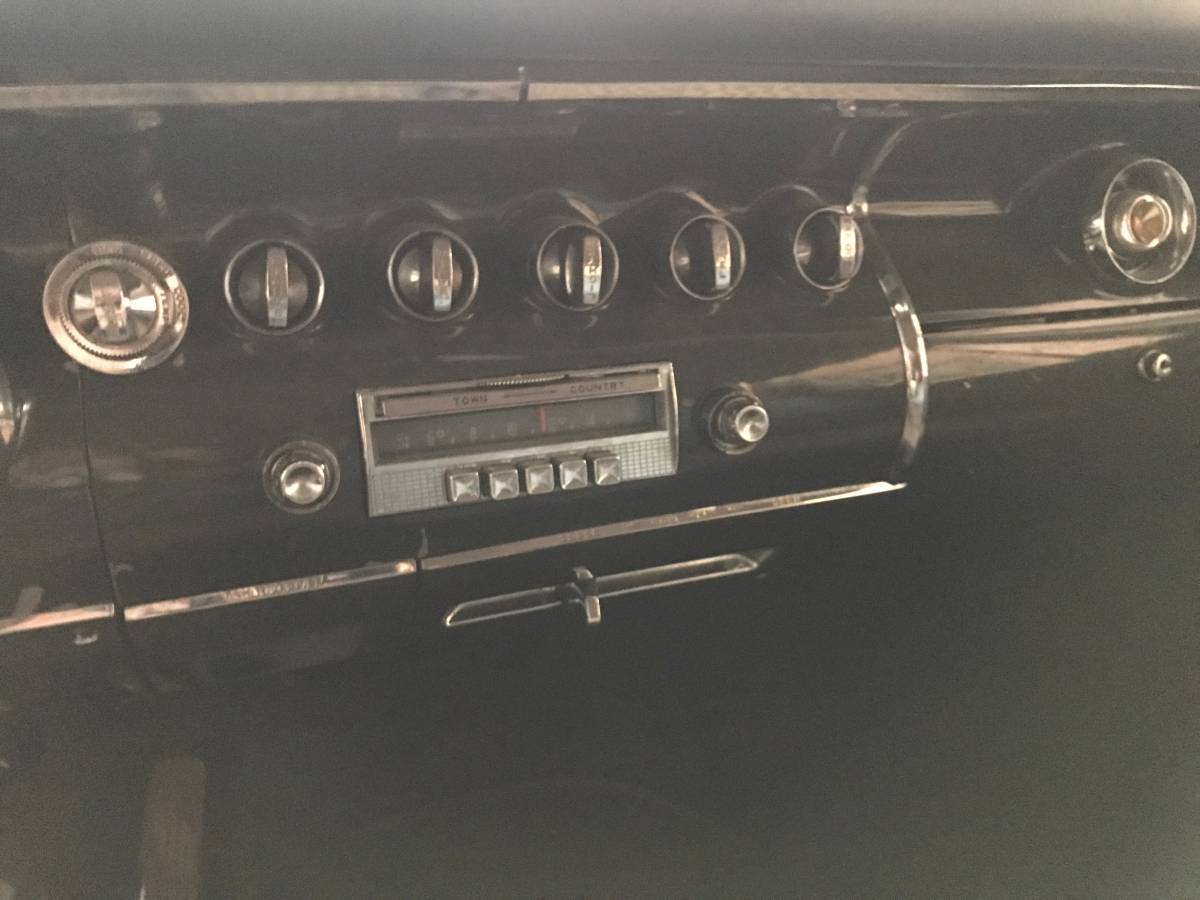 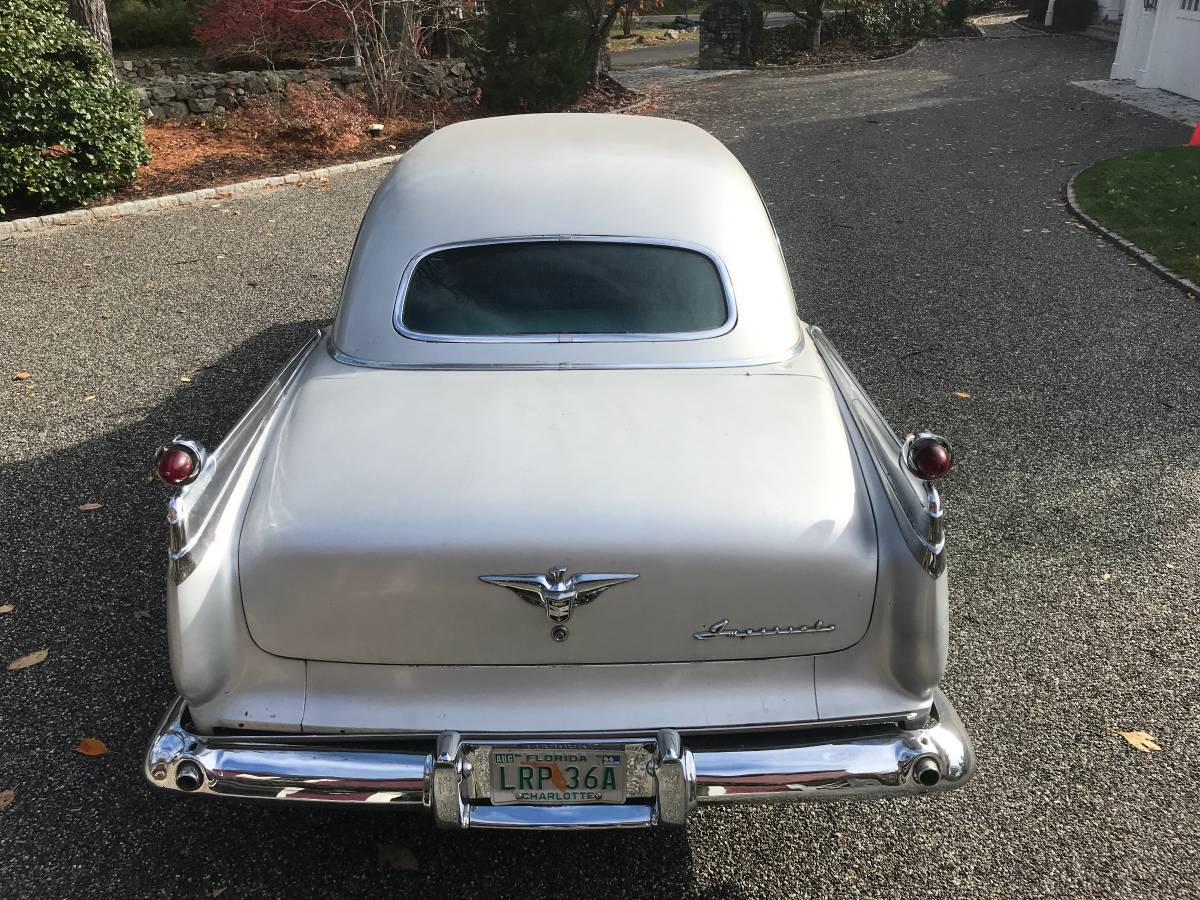 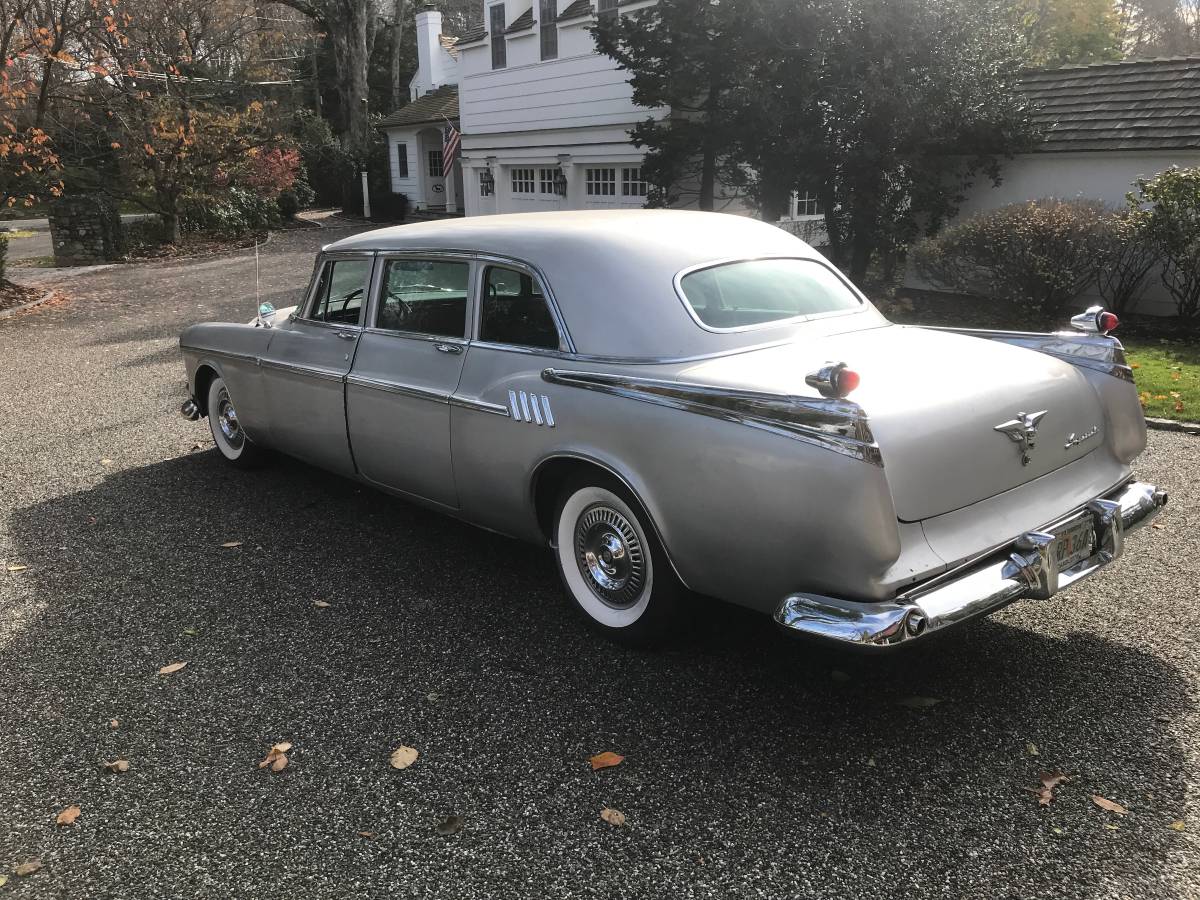 Certain luxury cars often fascinate us as we wonder what Captain of Industry or Celebrity originally purchased the car. Unfortunately, most sellers never divulge that history, at least not on the Internet. However, this 1956 Imperial Crown Eight Passenger sedan originally listed in December 2010 on Craigslist in New Cannan, Connecticut indicates the original owner was one Mrs. Claire D. Reingold and that this Imperial was purchased new by Atlas Reingold, Inc for her. It sounds like a “Driving Miss Daisy” kind of story as she owned this Imperial for 26 years, selling it in 1982 with 99K miles on the clock.  Based on the detailed description, it sounds like she was likely driven in this car in Pittsburgh during fair weather months and winters in Punta Gorda, Florida.  The complete ownership history is provided in the listing that we cite at the bottom of this post.

The current caretaker of this survivor Imperial currently has it offered for $24,500. Comparing that price against the Hagerty Insurance Online Valuation Tool confirms the private seller has their Imperial Crown priced below this guide’s #4 “Fair” (Daily Driver) estimate of $28,200.  Conversely, the  Collector Car Market Review Online Tool provides a much different condition value assessment as in this case the asking price falls between this guide’s #2 “Very Good” estimate of $19,500 and its #1 “Excellent” appraisal of $32,100.

If you believe self-driving cars are a new phenomenon, this 1956 Chrysler Dealer Promo Film featured on the MyMopar.com YouTube Channel would have you believe it was already in place by the mid-1950s:

We love both the provenance and presence of this 1956 Imperial Crown Eight Passenger Sedan.

“History added .. Offered for sale is this original 1956 Chrysler Imperial Crown Series C70 8 passenger sedan. This is the rare Satin Gray color (most were Black) and 1 of only 51 produced that year. In 1955, the Chrysler Corporation spun off Imperial into its own make and division to better compete with its North American rivals, Cadillac and Lincoln. 1956 was the last year the long-wheelbase (LWB) models were manufactured by Chrysler/Imperial “in-house”, as the 1957 and forward were outsourced to Ghia. The 1956 models featured the Hemi V8 enlarged from 331 ci in to 354 cu in with 280 brake horsepower. Power is transferred to the rear via the Imperial dash push-button “PowerFlite” transmission. This car is factory equipped with, power windows, seat, steering, and brakes along with optional factory air conditioning and a transistor radio. Note that the prominent rear forward-leaning fender “hash trim” was in fact functional air intact scoops for the factory air conditioning!

Condition
The Imperial runs and drives but will need mechanical full attention to ensure that all systems are operating correctly to factory new standards. The chassis and body appear to be solid with no material rust issues other than surface rust. The paint appears to be original but will need to be repainted to show standards. The interior was restored with original Imperial fabrics and the wiring was replaced about five years ago.

Ownership History
First Owner Mrs. Claire D. Reingold – Purchased new by Atlas Reingold, Inc for Mrs. Reingold of Punta Gorda, Florida, and Pittsburg, Pa. She owned the Imperial for 26 years, selling it in 1982 to the 2nd owner Fred Babcock with 99,025 miles on the odometer!

Second Owner Fred Babcock
Mr. Babcock, Punta Gorda, Florida – Mr. Fred Babock owned this Imperial in his automobile collection for approximately 15 years until his death in 1997. His father Mr. Edward Vose Babcock, was the founder of the Pittsburgh-based Babcock Lumber Co. He came to Southwest Florida in 1911 and started buying land in Lee and Charlotte counties. By 1919, he’d extended his lumber empire to Southwest Florida. His son, Fred Babcock (2nd owner), raised cattle, planted timber and diversified the ranch’s enterprises. Under his direction, he managed vegetable and tree farming, logging, cattle and bison ranching, limestone mining, swamp buggy tours and hunting leases. Fred Babcock kept more than two-thirds of his 91,600-acre ranch in its native state with integrated allowing wildlife and cattle to move through in green corridors. Fred Babcock managed the ranch until his death in 1997 at age of 83.

Third Owner
Mr. Babcock’s granddaughter purchased the Imperial from her grandfather’s estate and is the current owner. She has owned the Imperial for 22 years and the odometer shows 99,395 miles. Total miles driven since 1982 … 370 miles! The Imperial still has the Florida license plate from Charlotte county.​“

Show or go: what would you do with this 1956 Imperial Crown 8 Passenger Sedan?  Comment below and let us know!