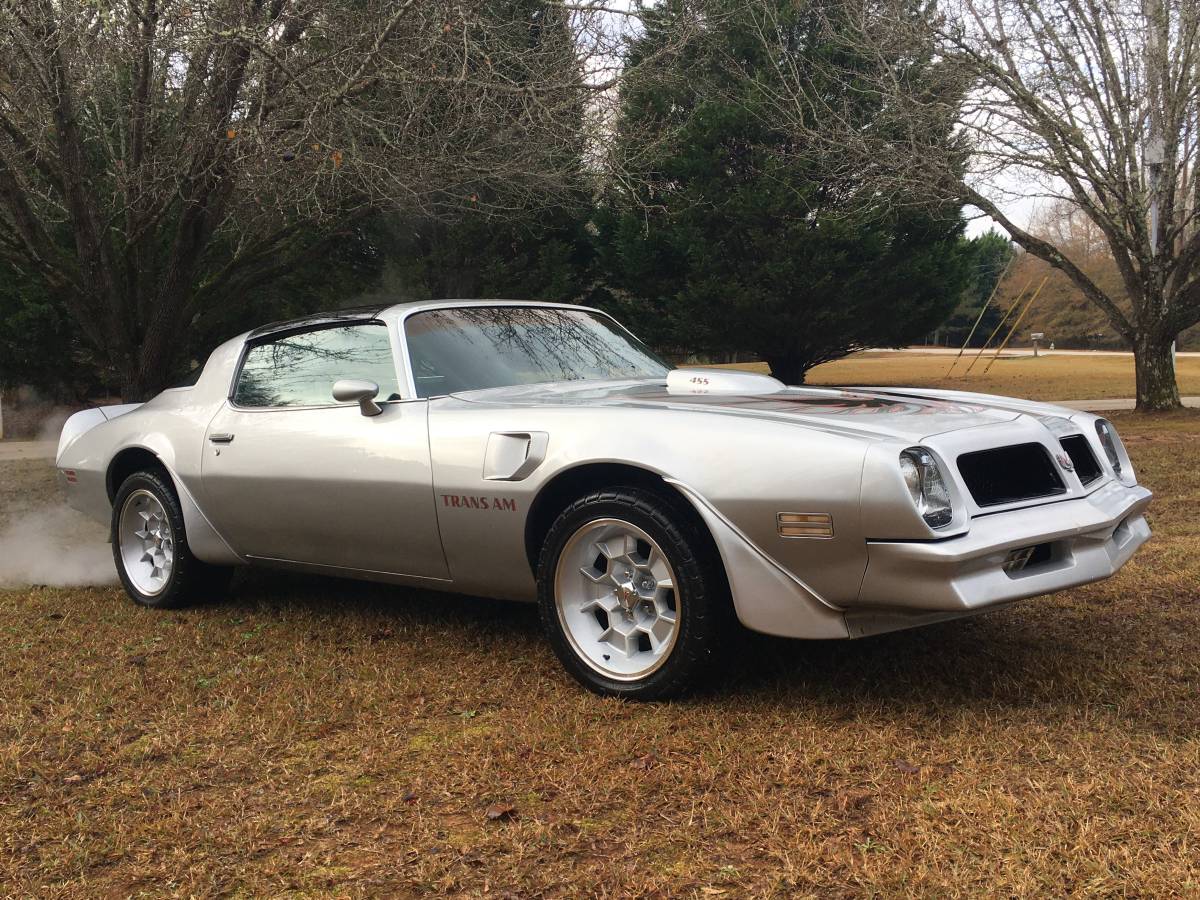 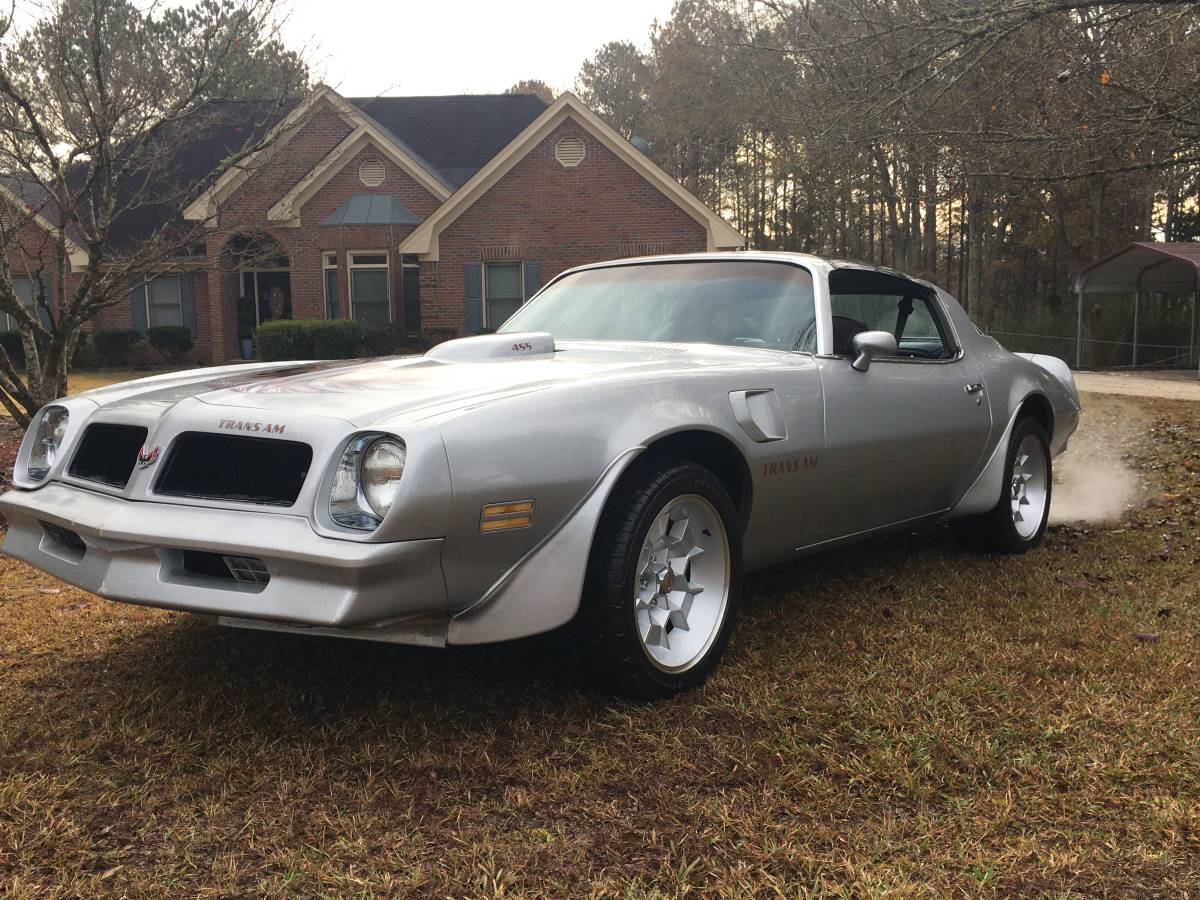 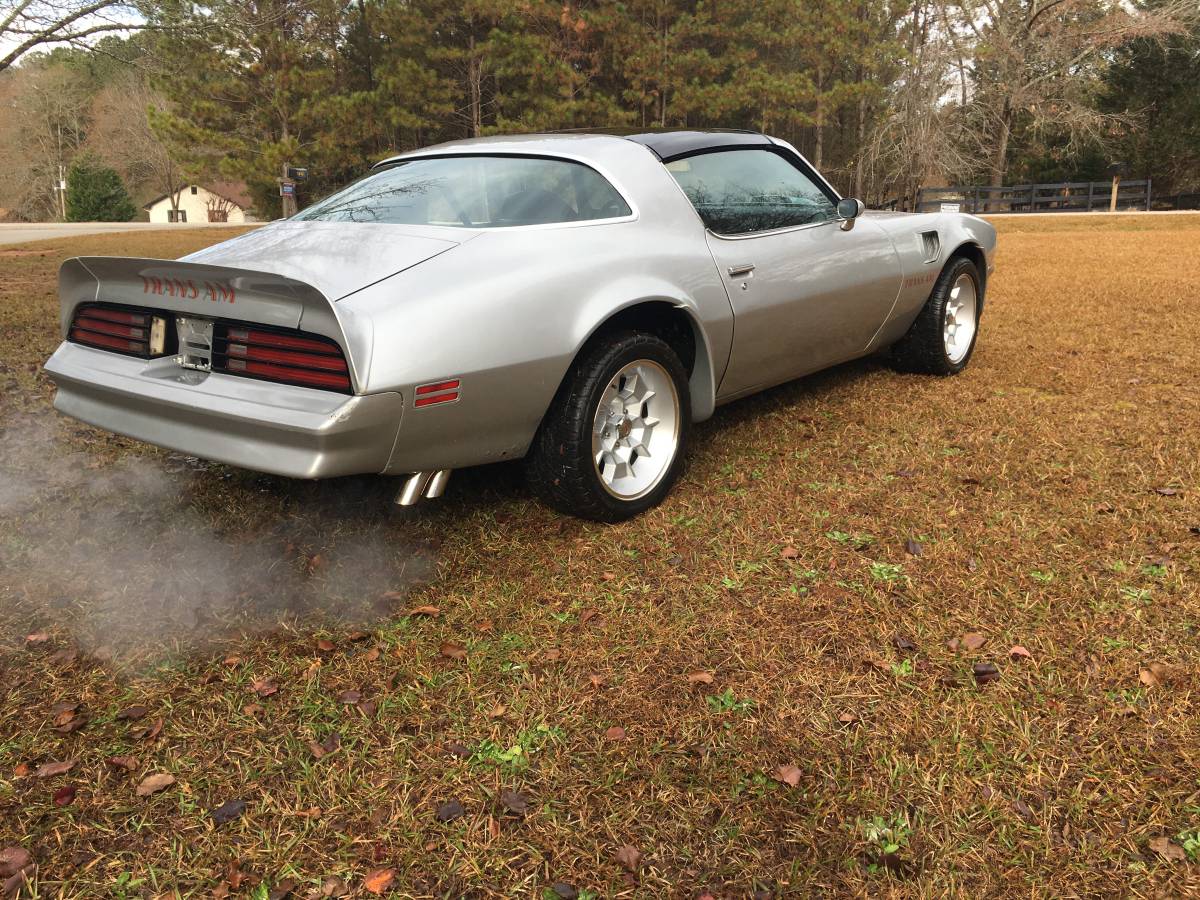 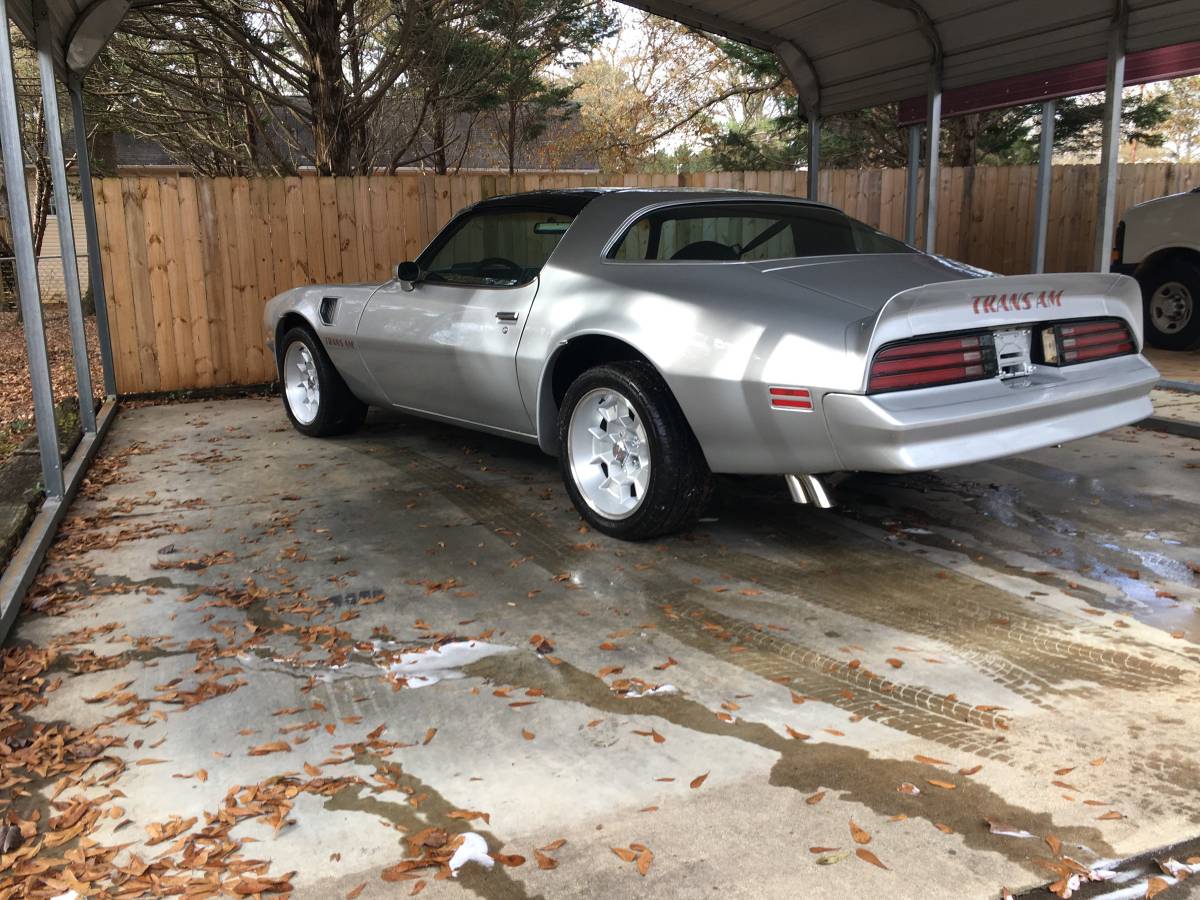 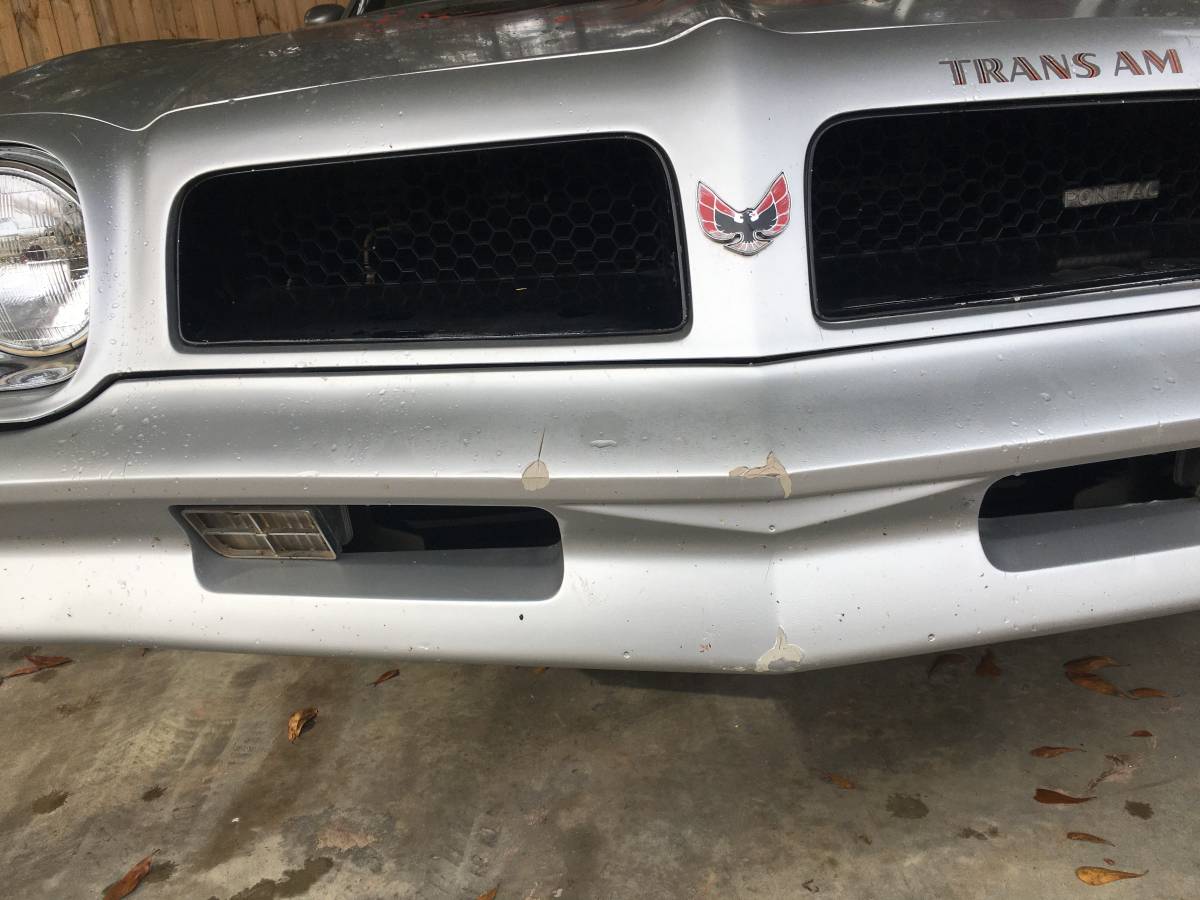 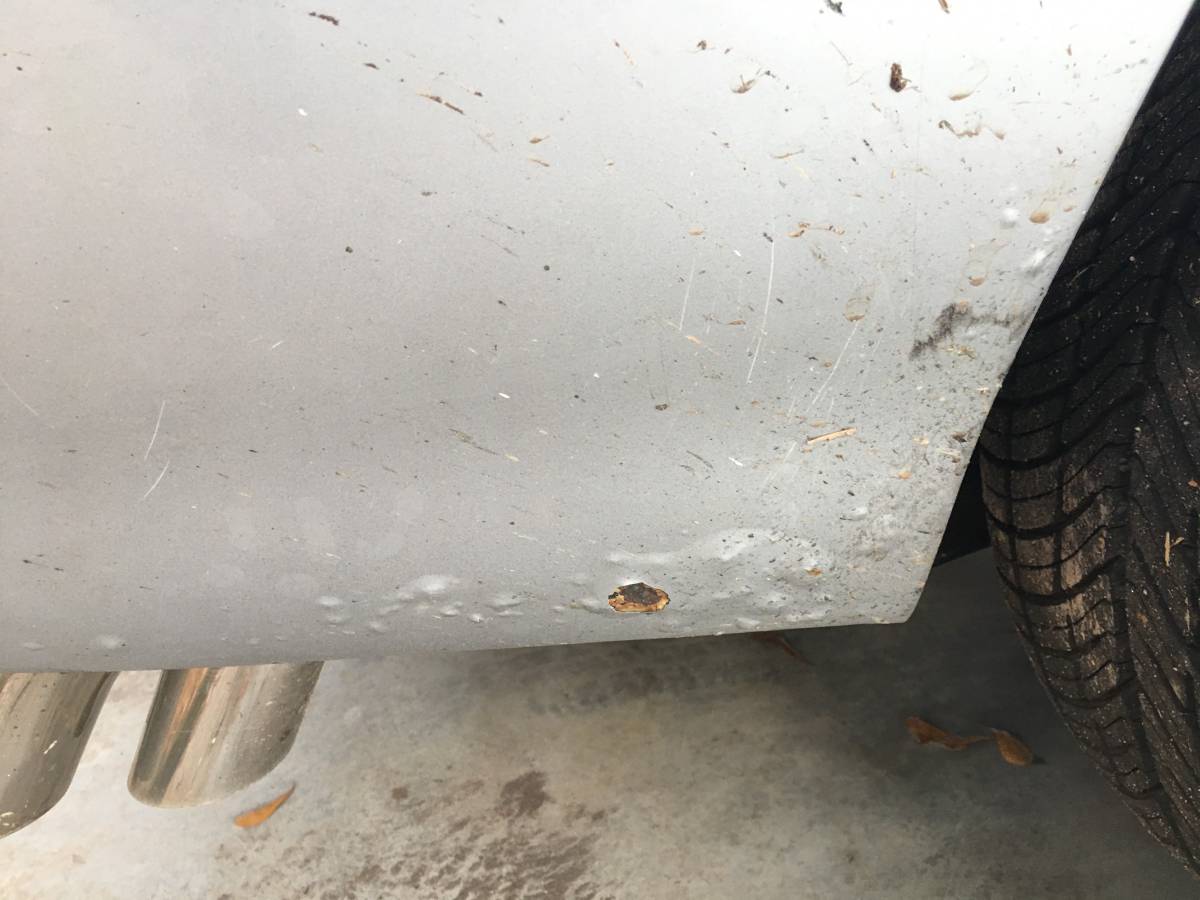 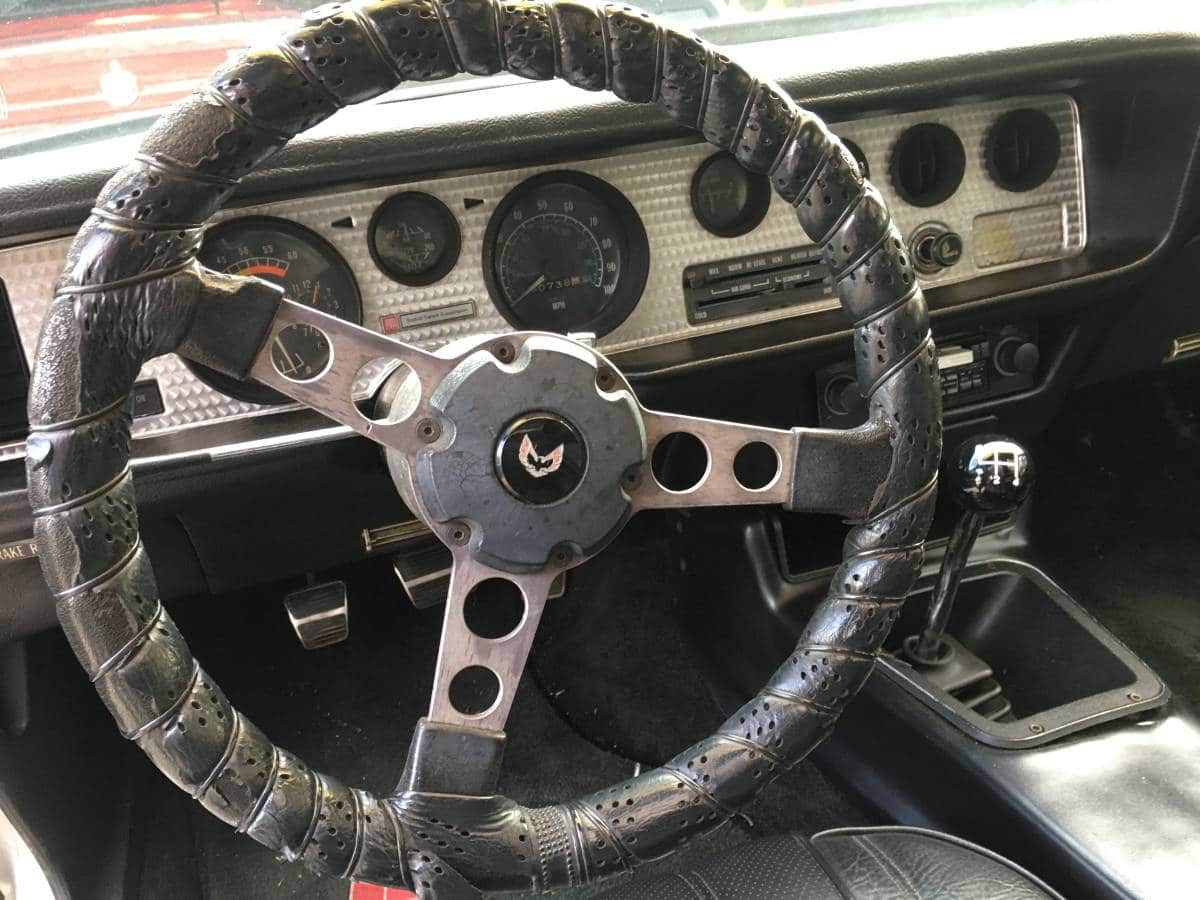 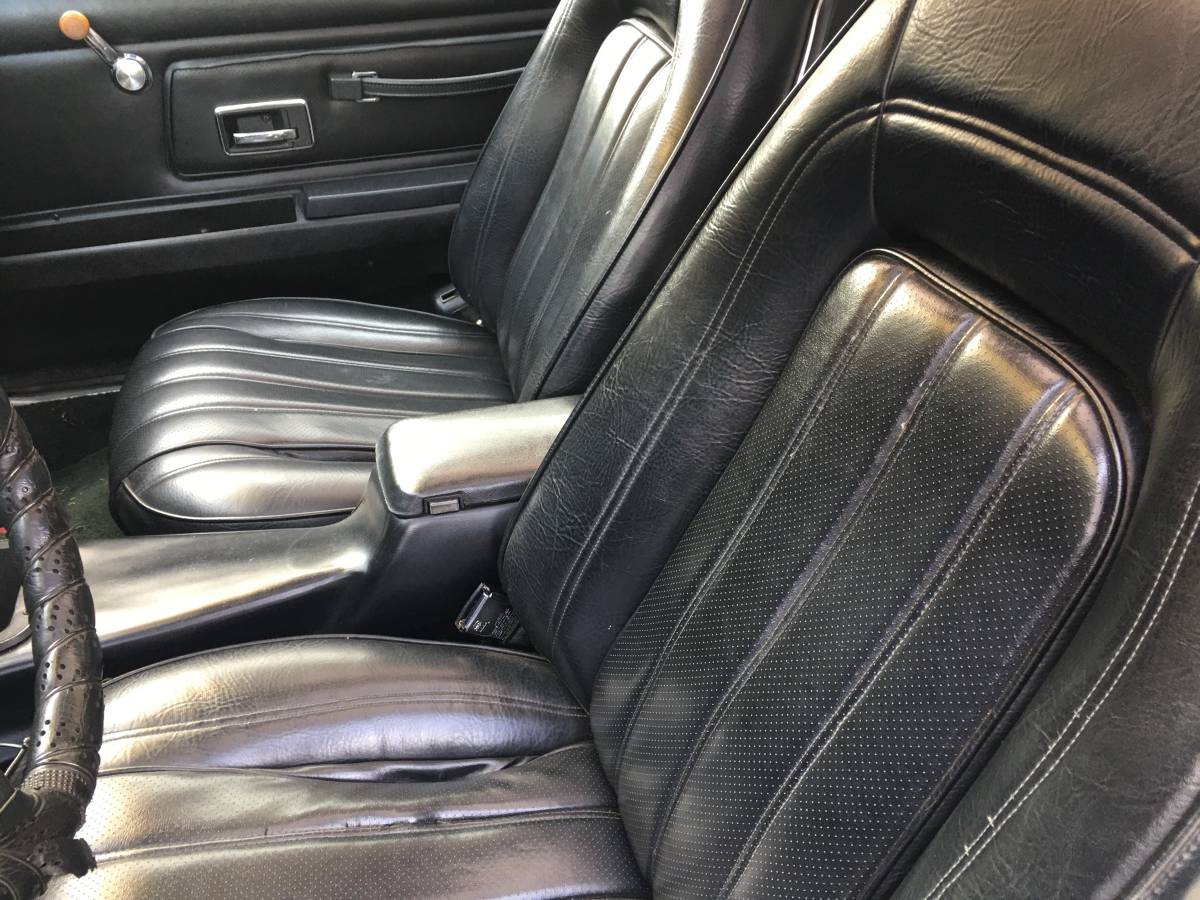 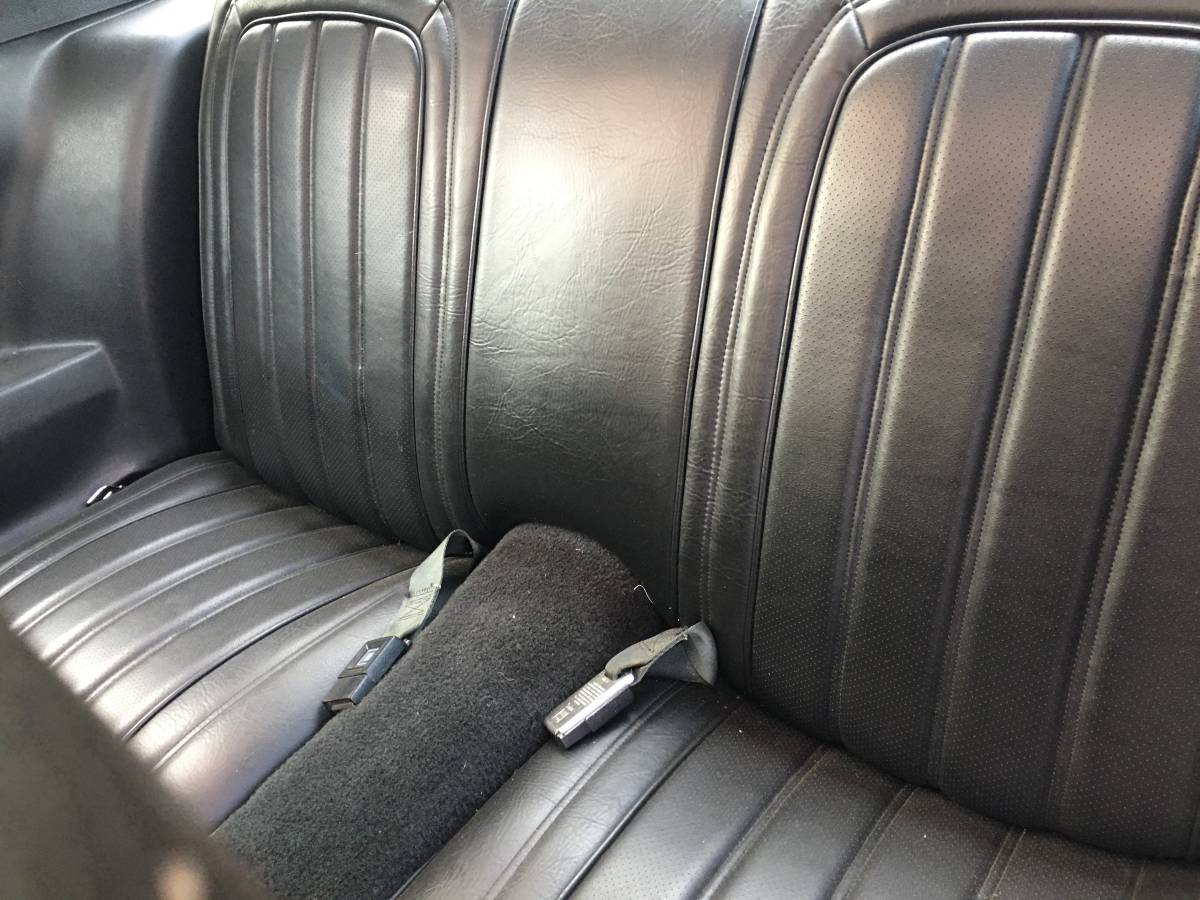 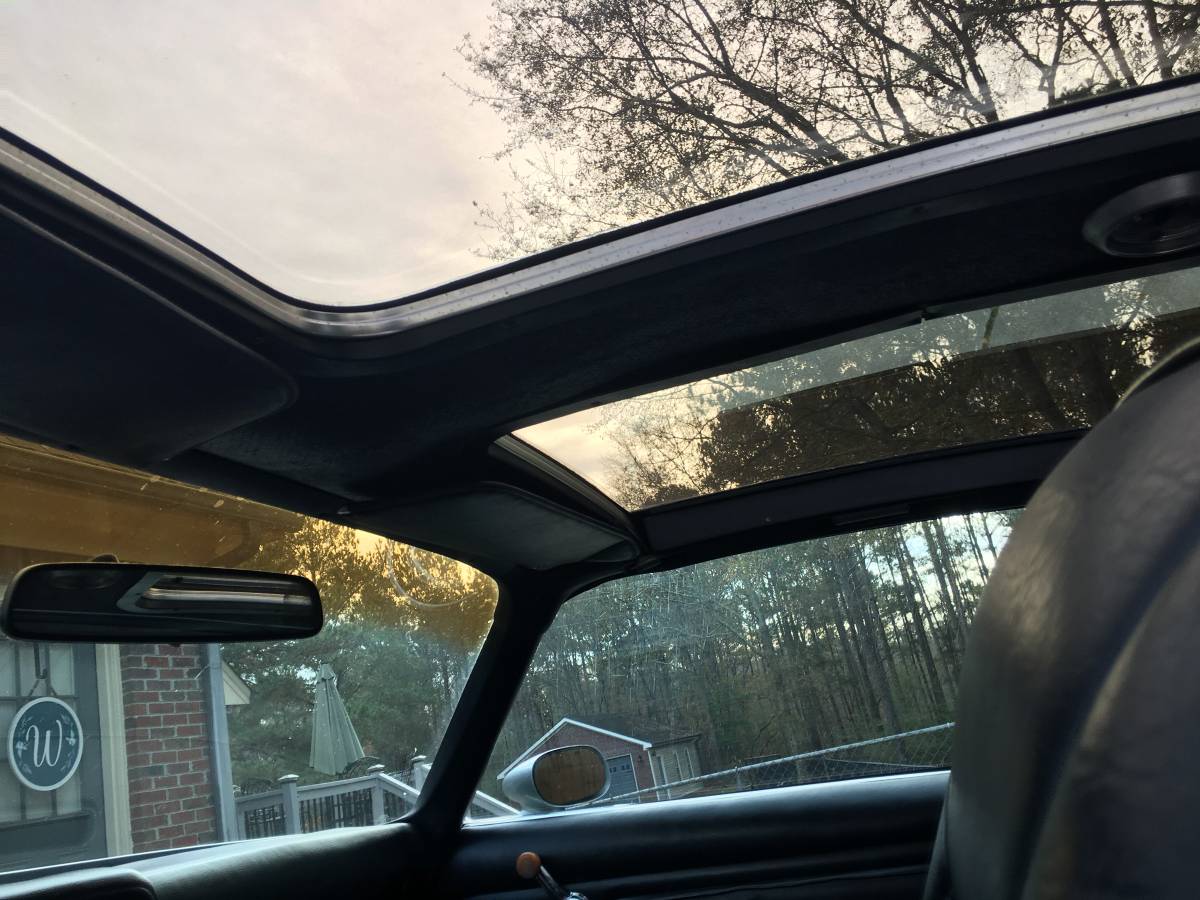 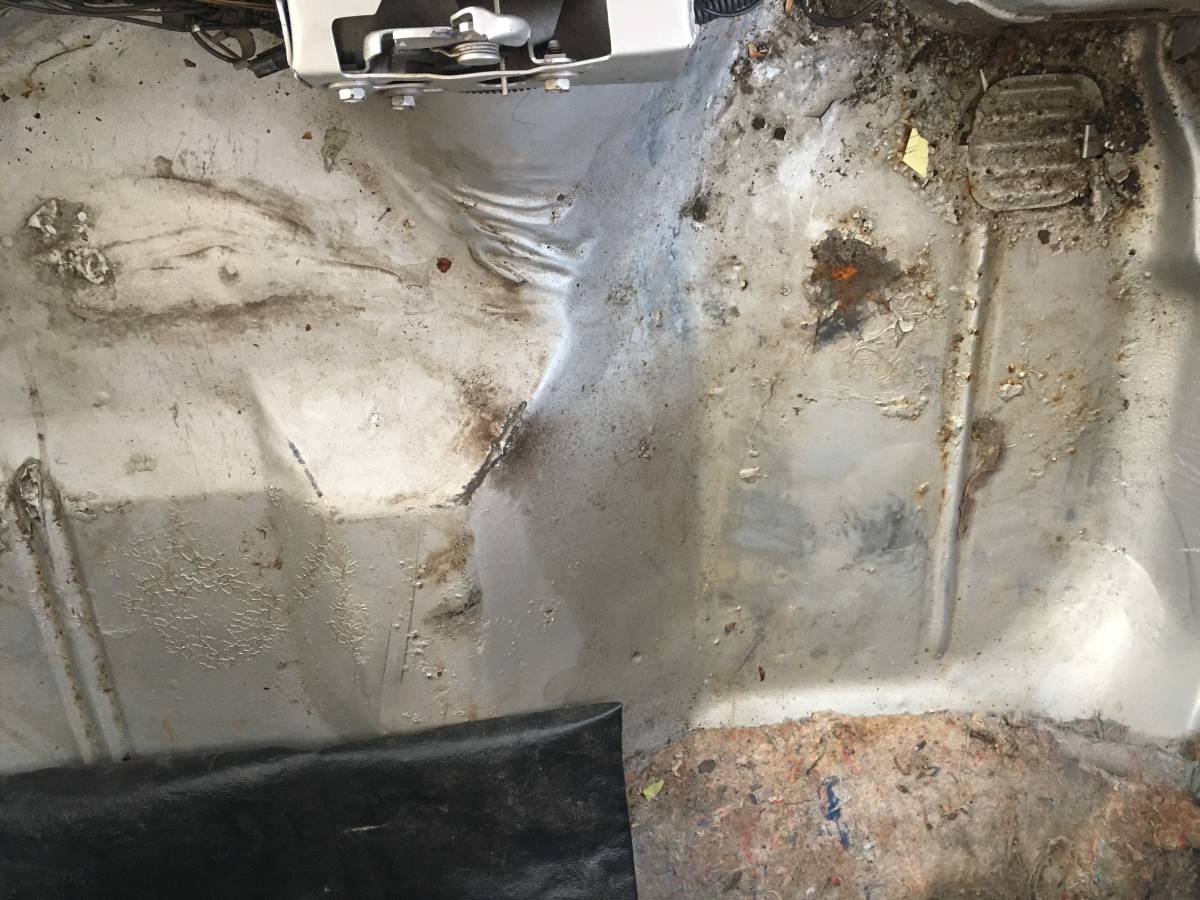 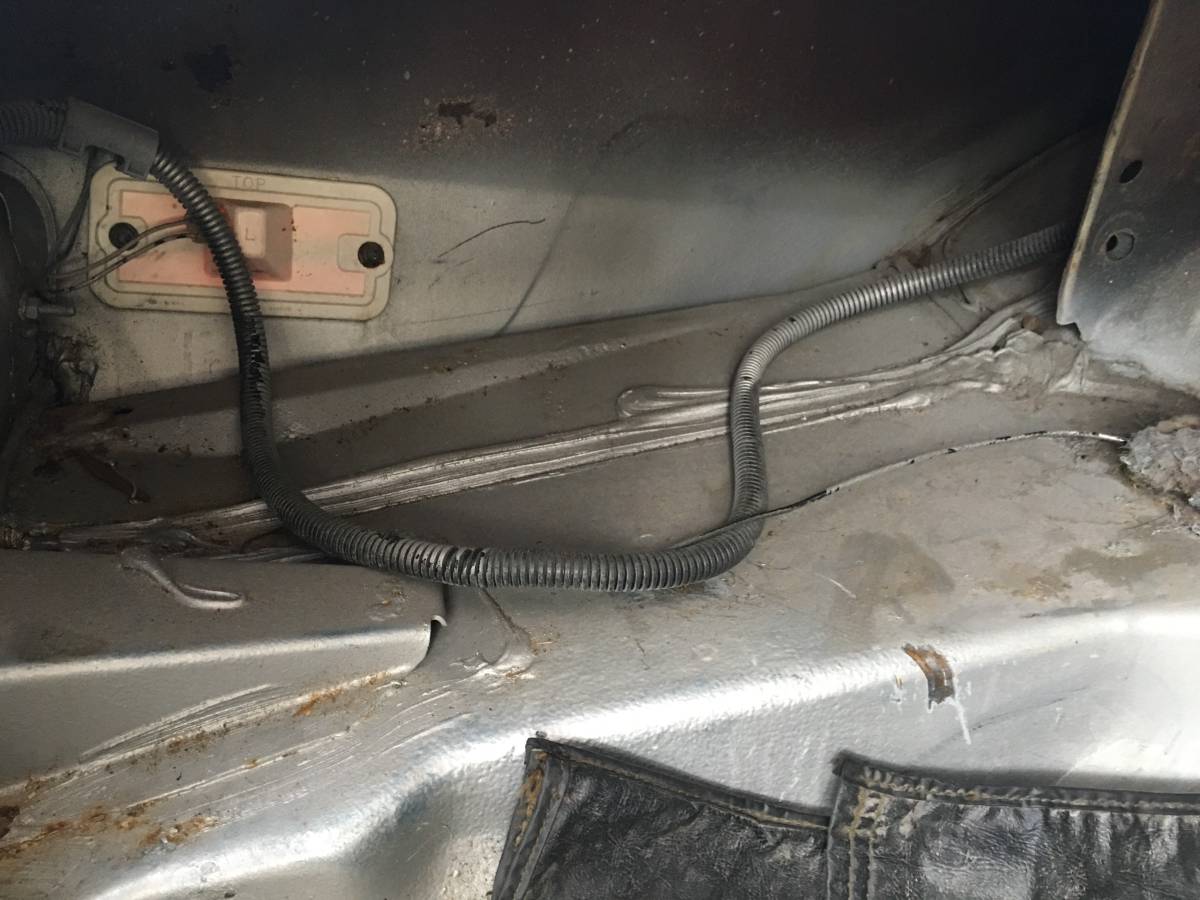 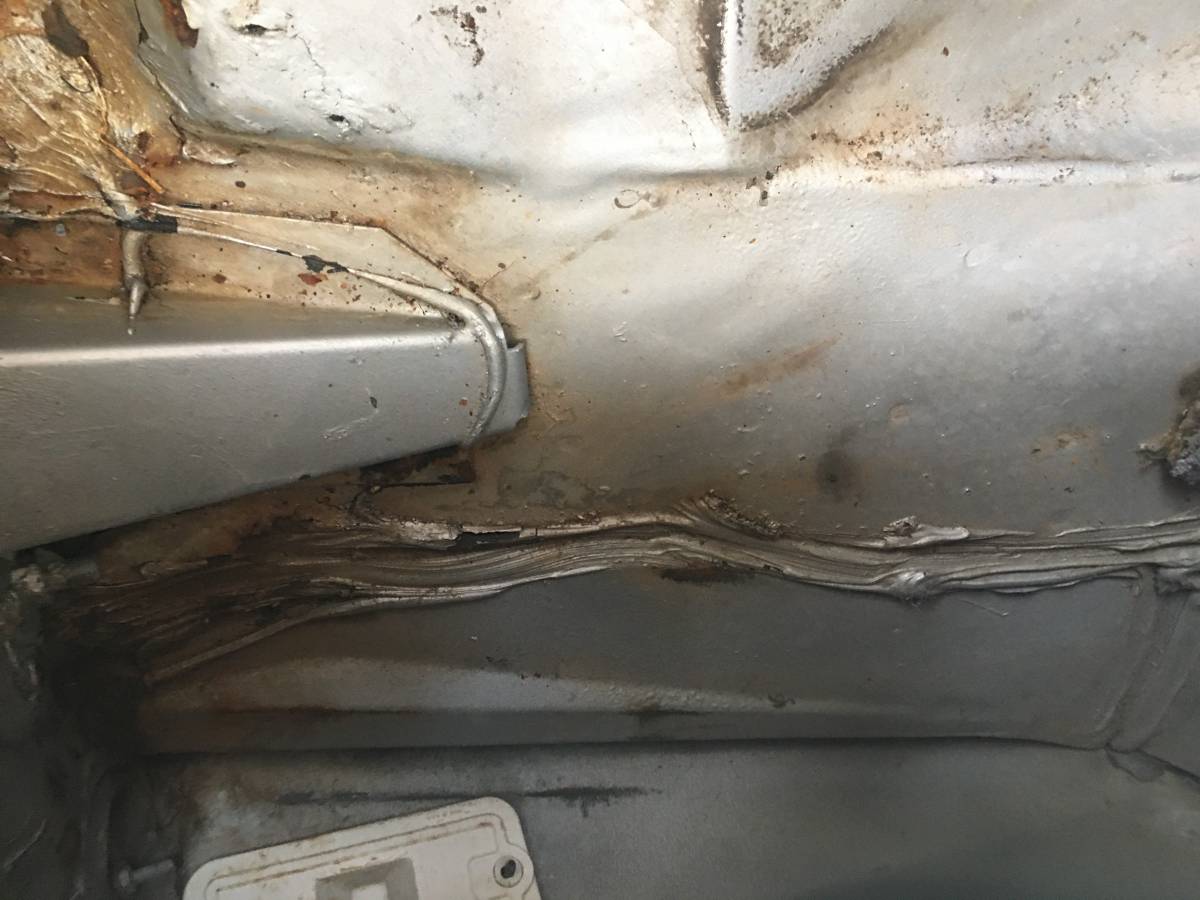 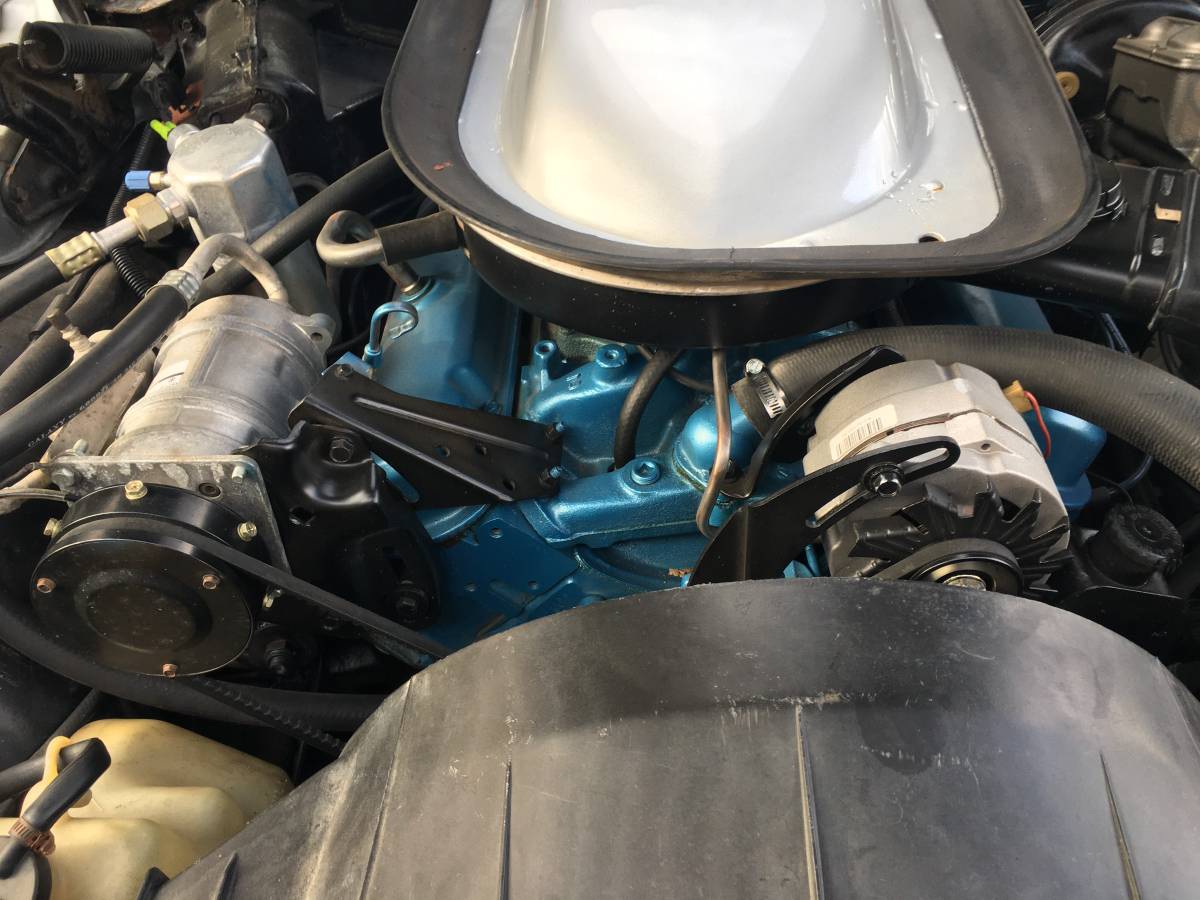 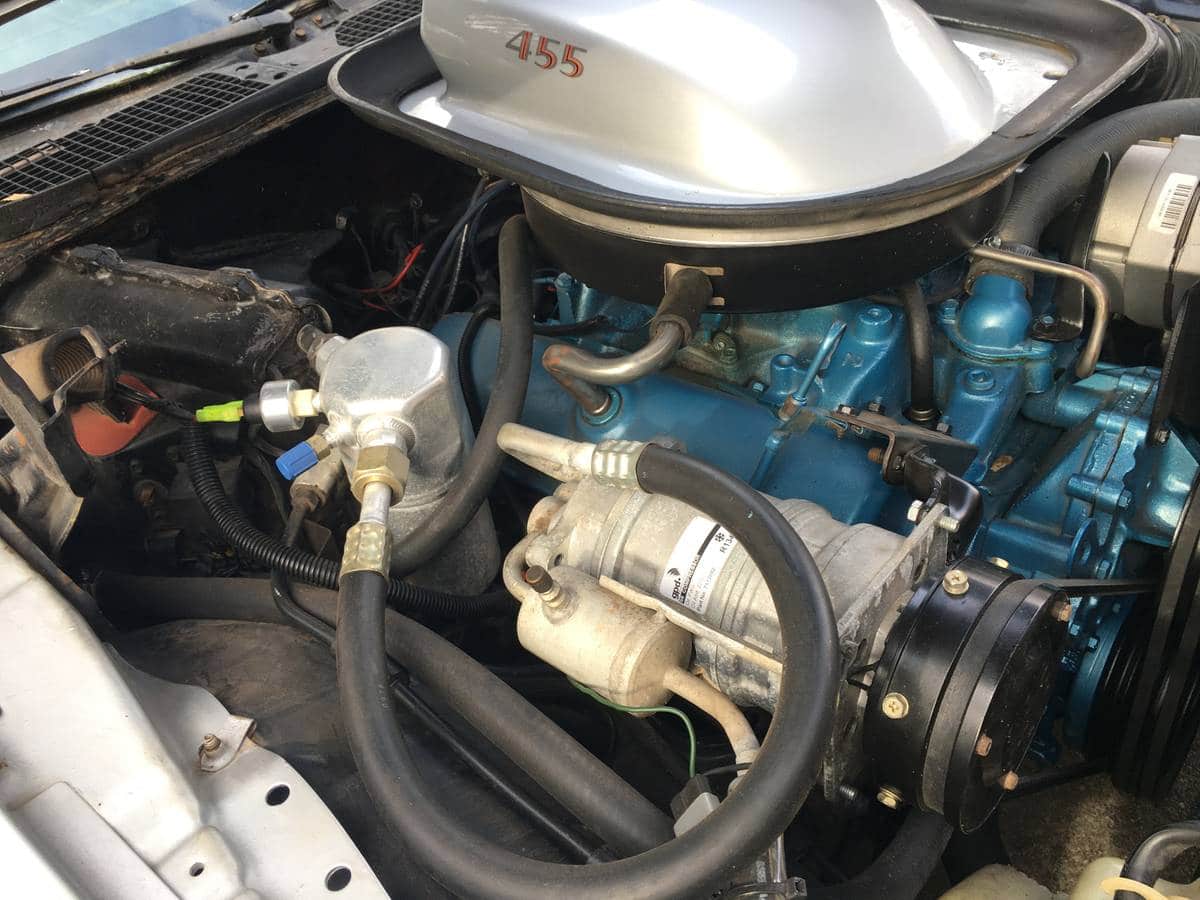 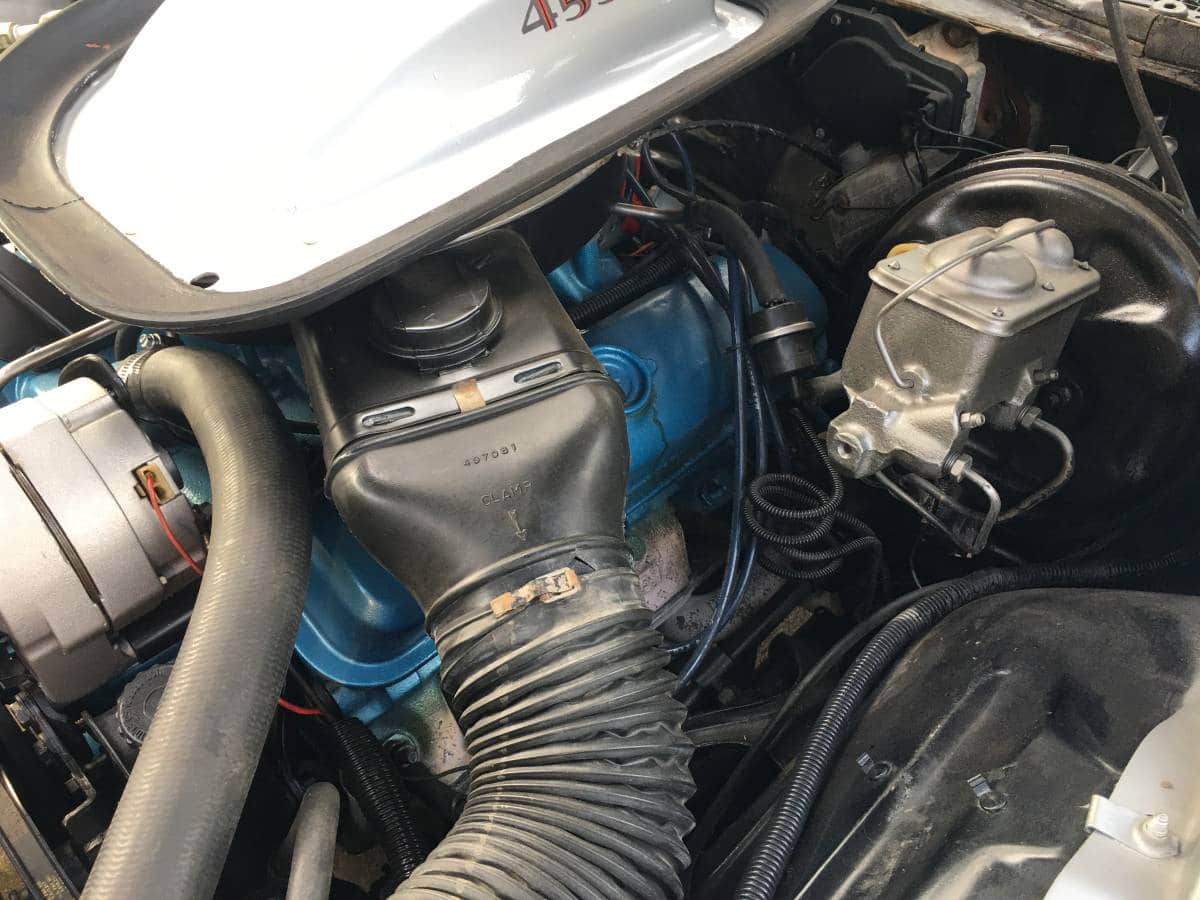 December 27, 2021 Update – We confirmed the seller of this “Classifind” deleted their listing, so we’re now able to call this one “SOLD!” While this one got away, please reach out either by email or call us directly if you’d like to be informed when we come across something similar.

Unfortunately, while 1976 was Pontiac’s 50th anniversary, it was also the final year for the General Motor’s Division’s big block 455 cubic inch V8.  Offsetting that was the launch of the Hurst Hatch package, which was what the famous aftermarket shifter company called their T-Top package.  This silver-over-black 1976 Pontiac Firebird Trans Am originally listed in December 2021 on Craigslist in McDonough, Georgia (Atlanta) features both options in addition to factory Air Conditioning.

A driver-quality example displaying minor rust in the passenger side rear quarter panel as well as several defects in the one repaint, the private seller currently hopes to get $37,500 for their 1976 Pontiac Trans Am.  Comparing that price against the Hagerty Insurance Online Valuation Tool confirms the private seller has their Trans Am priced between this guide’s #3 “Good” estimate of $22,000 and its #2 “Excellent” appraisal of $40,200.  Similarly, the  Collector Car Market Review Online Tool reveals the seller’s ask falls between this guide’s #2 “Very Good” estimate of $27,425 and its #1 “Excellent” appraisal of $42,350 before factoring in a forty percent premium for all of the desirable options this Trans Am came equipped with.

Pontiac celebrated its 50th anniversary year in 1976. To commemorate this event, Pontiac unveiled a special Trans Am option at the 1976 Chicago Auto Show. Painted in black with gold accents, this was the first “anniversary” Trans Am package and the first production black and gold special edition. A removable T-top developed by Hurst was set to be included on all Y82 LE T/As, but proved problematic in installation and quality control, leading some Y82s to not be delivered with the Hurst T-top roof. All Hurst T-top equipped cars were built at the Norwood, Ohio, factory. It became an available option for other Firebirds in 1977.  1976 marked the end of the Pontiac L75 7.5 liter 455 V8, as it could no longer meet the tightening emissions restrictions and the “HO” moniker used the year prior was dropped. The L75 was only available with a four-speed manual Borg Warner Super T-10, and was exclusive to the Trans Am.

While the quality of the video is not that great, this 1976 Pontiac sales training video provides a glimpse of the range of Firebird trims offered that year:

It wasn’t long ago that $37,500 would be top dollar for a second-generation 455-equipped Trans Am. Far from Concours-quality, this Trans Am is perfect for the buyer who wants to enjoy the car As-Is right now while starting to plan its restoration in the future.

“A Rare 1976 Pontiac Trans Am With Matching Number 455 Engine And 4 Speed Transmission, Also Rare This Trans Am Has Factory T-Tops And AC, Runs / Drives And Shifts Great, The Distributor Has Been Changed At Some Point In Its Life, It Has Had One Repaint I’m Told In The Late 90’s It Has Minor Surface Rust On The Passenger Side Rear Quarter As Seen In Photo, Small Bruise On Front Bumper Also As Seen In Photo, Trunk Pan Is Solid As Is The Rear Quarters Inside The Trunk, Very Worthy Of Fixing The Spots On It Or Drive And Enjoy As-Is, Cold AC, Hot Heat, This Is The Last Year Of The 455 Engine, T-Tops, Great Driver TA. Odometer Is Broken So Actual Miles Are Unknown, $37,500.00 Cash, Serious Only Inquire No Time For Tire Kickers, Scammers Please Save Them All I Will Not Reply, If It Is Still Listed It Is Still For Sale, Need No Help Selling, Six Seven Eight-332-Six Nine Seven Seven. The Car Is Running When Photos Were Taken On A Very Cold Morning It Does Not Smoke Or Leak Any Fluids, I Have A Walk Around Video If Desired.“

Show or go: what would you do with this driver-quality 1976 Pontiac Trans Am?  Comment below and let us know!