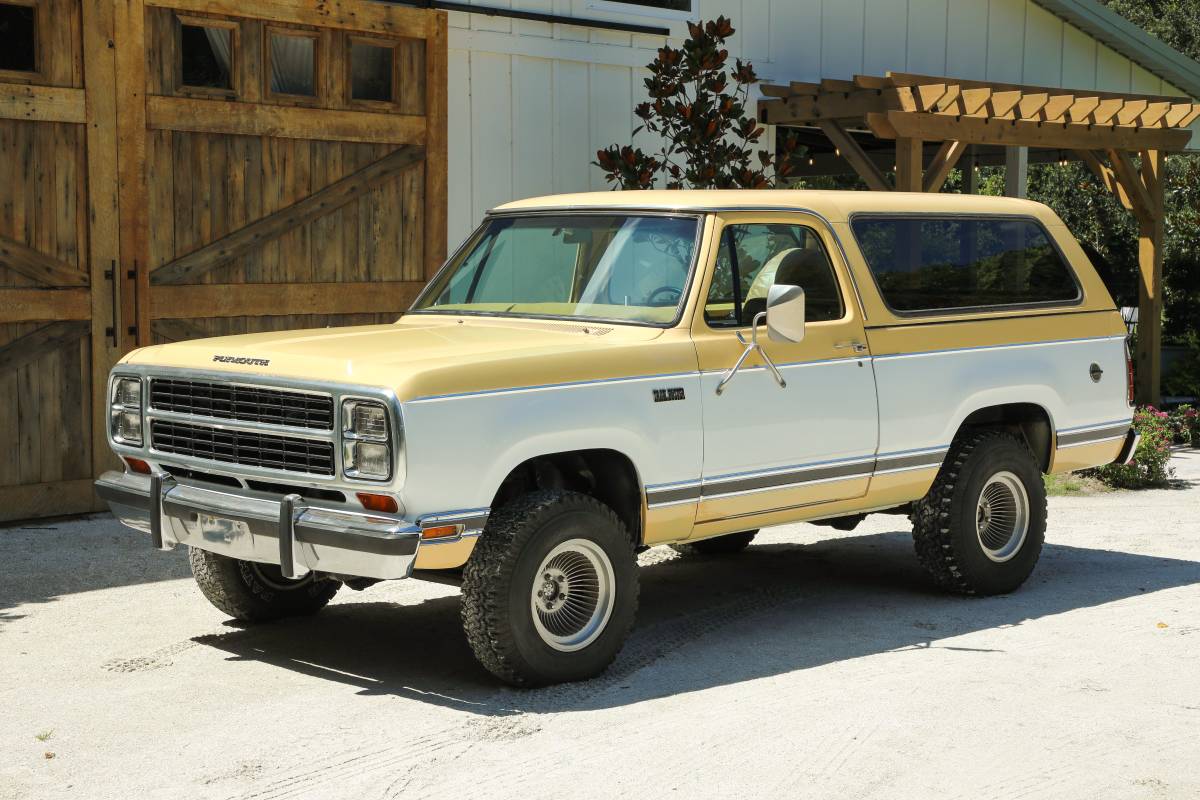 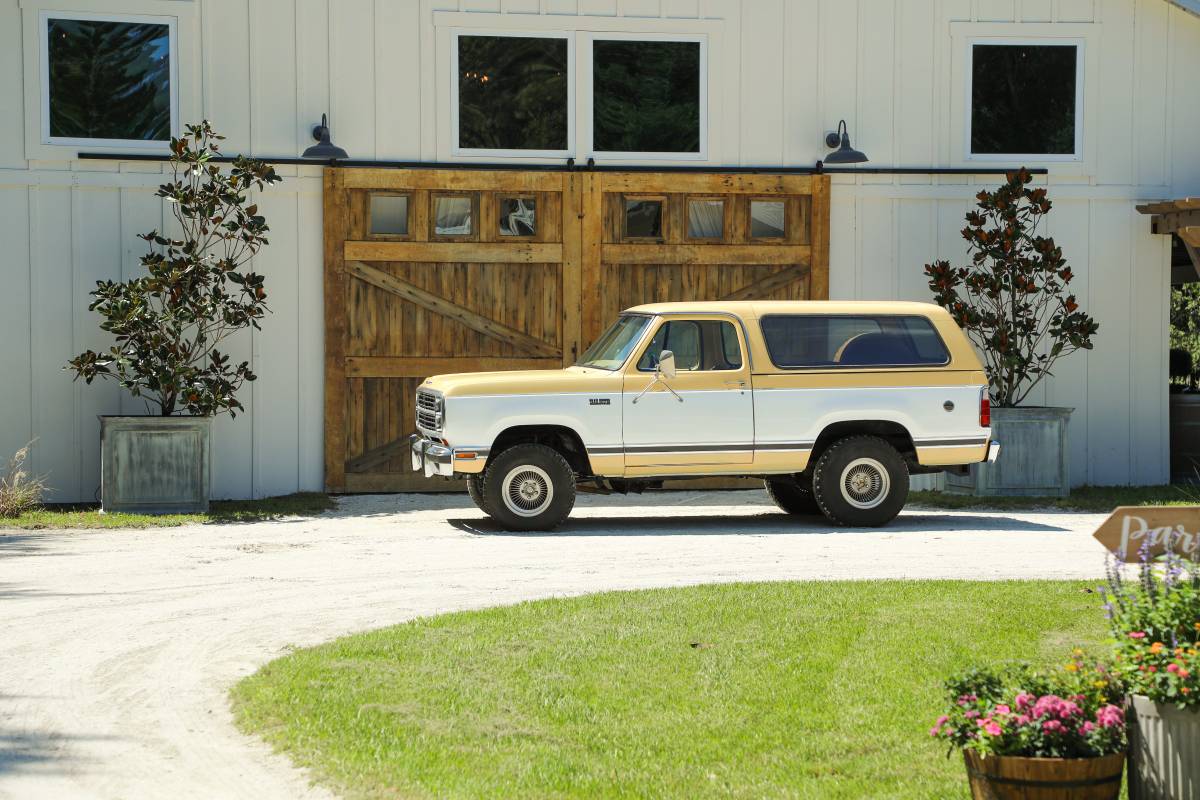 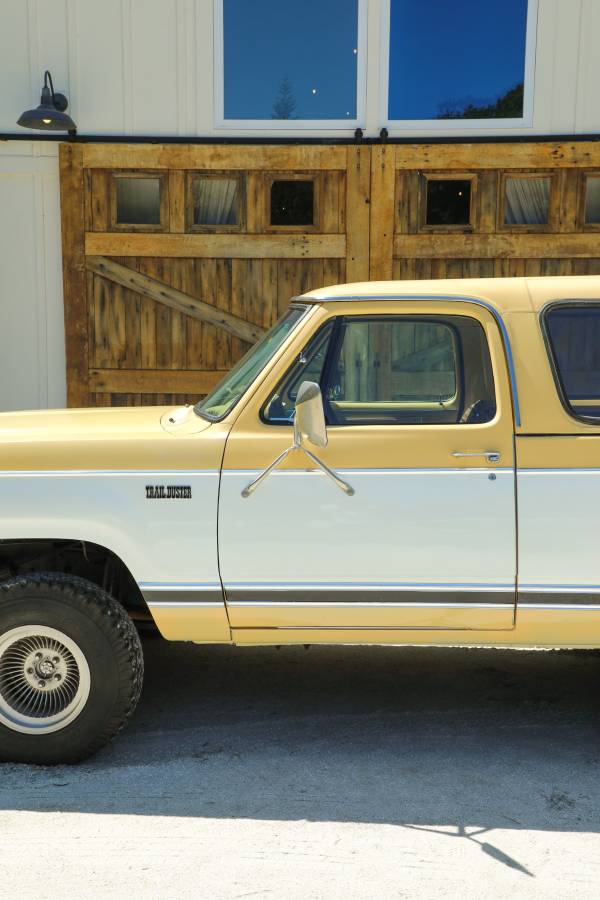 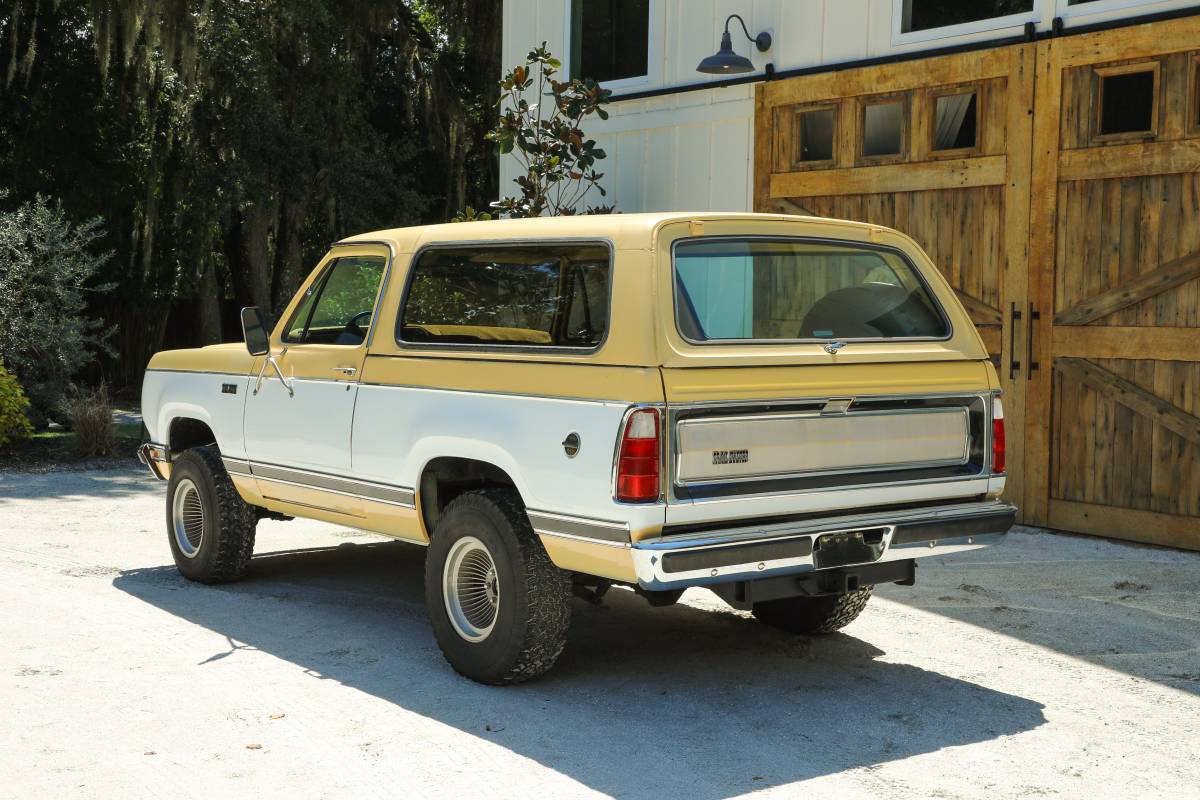 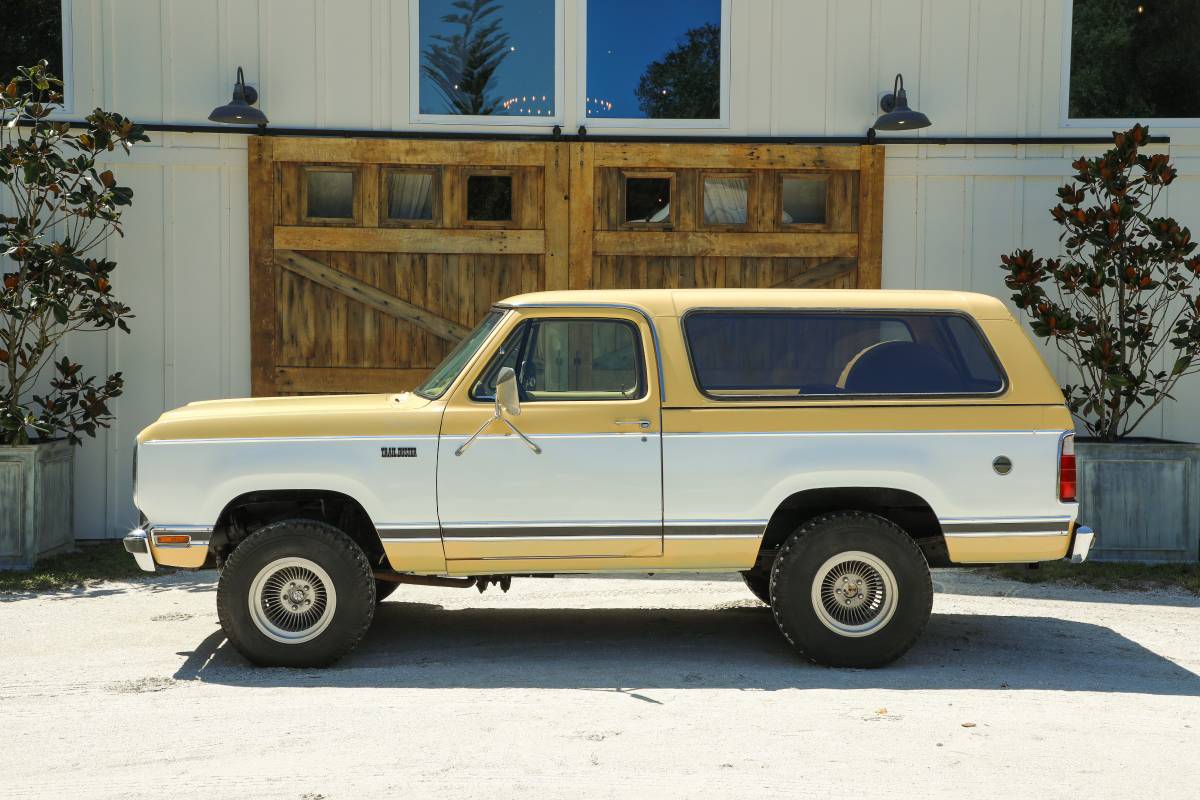 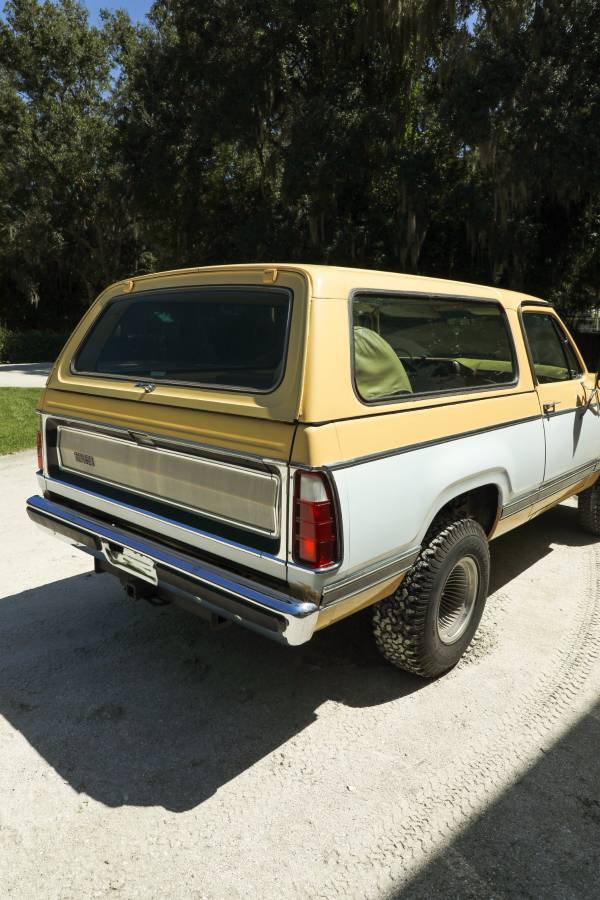 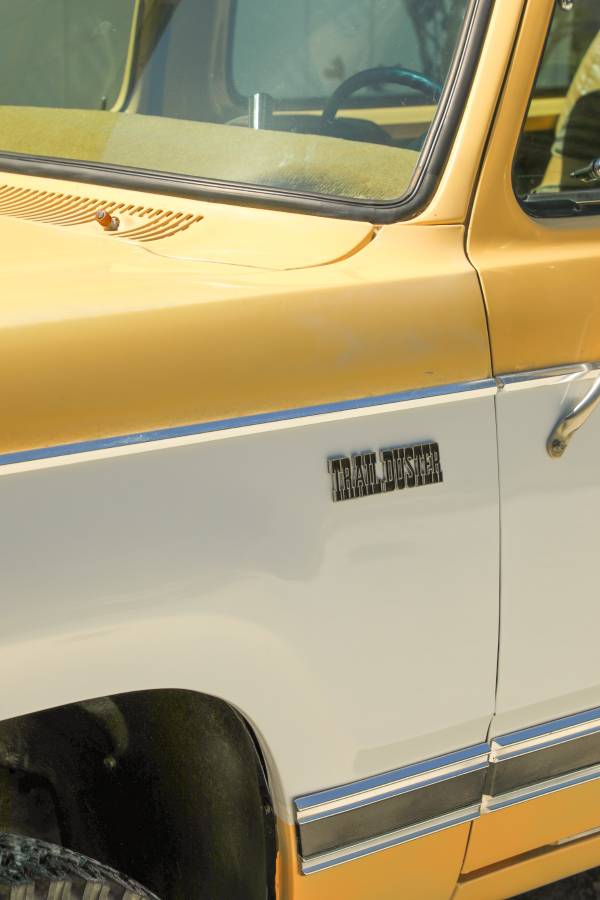 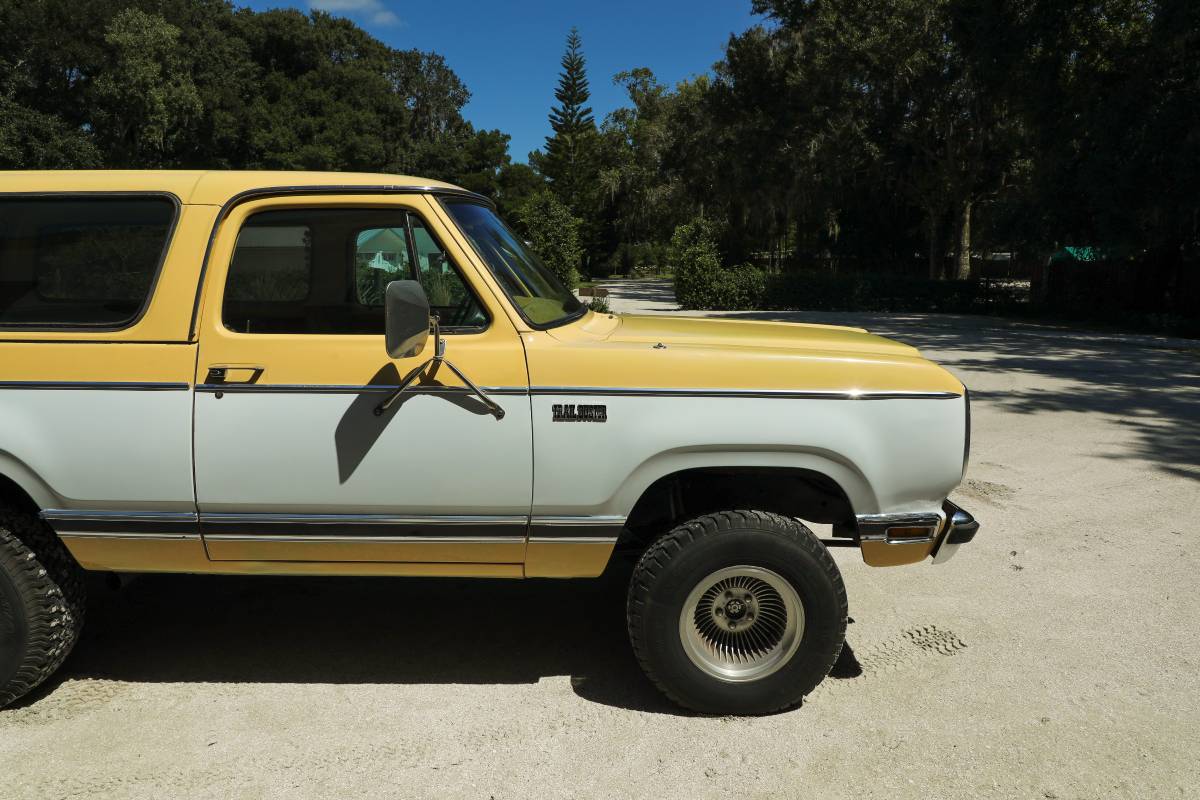 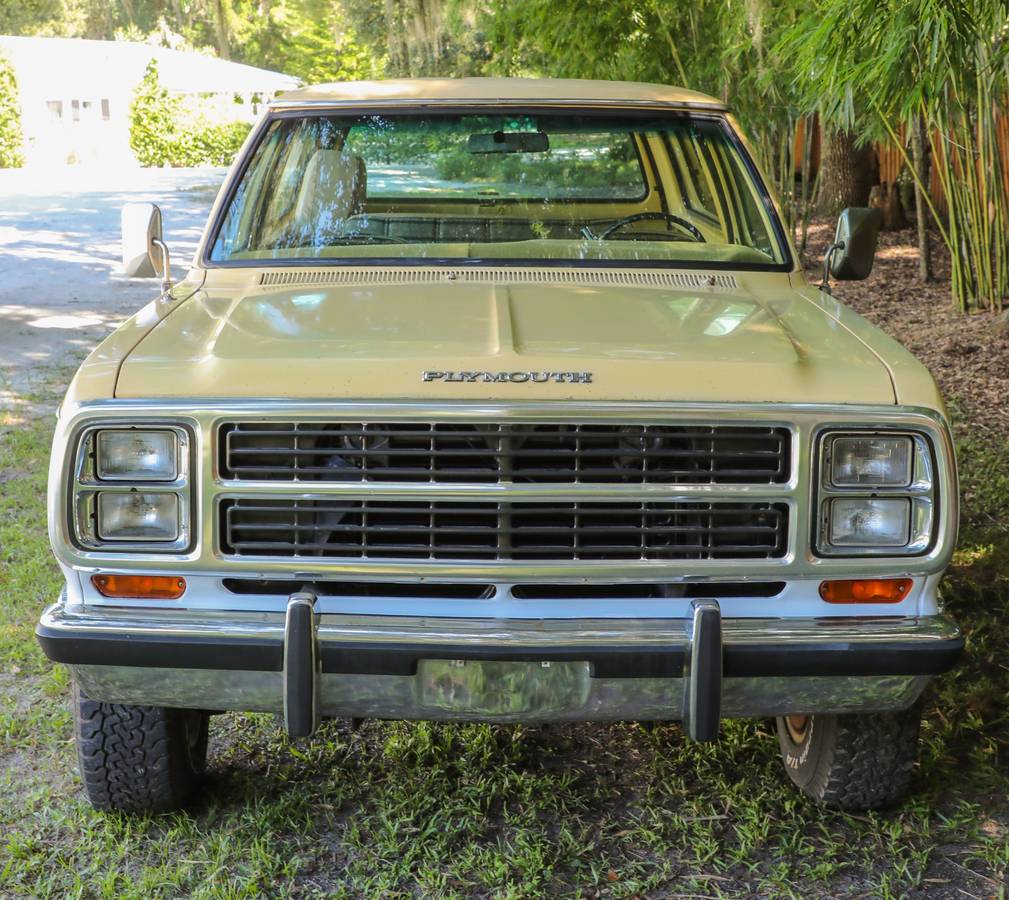 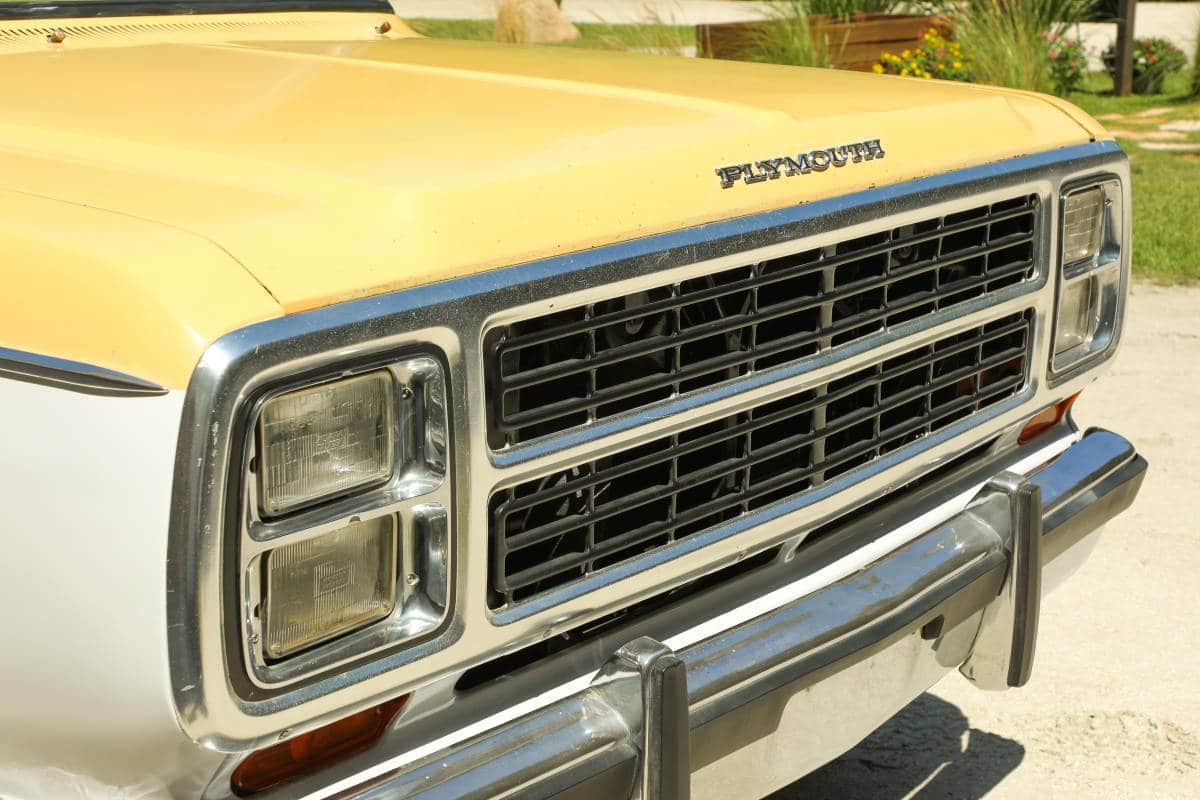 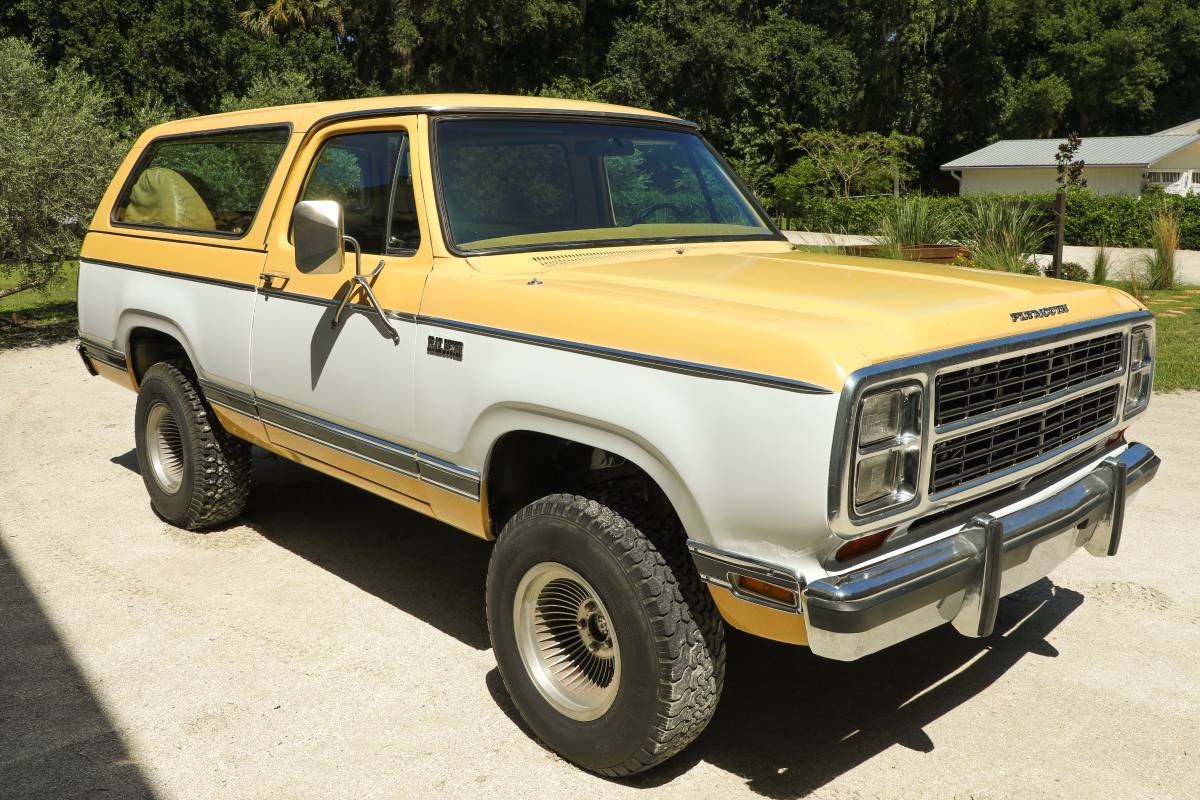 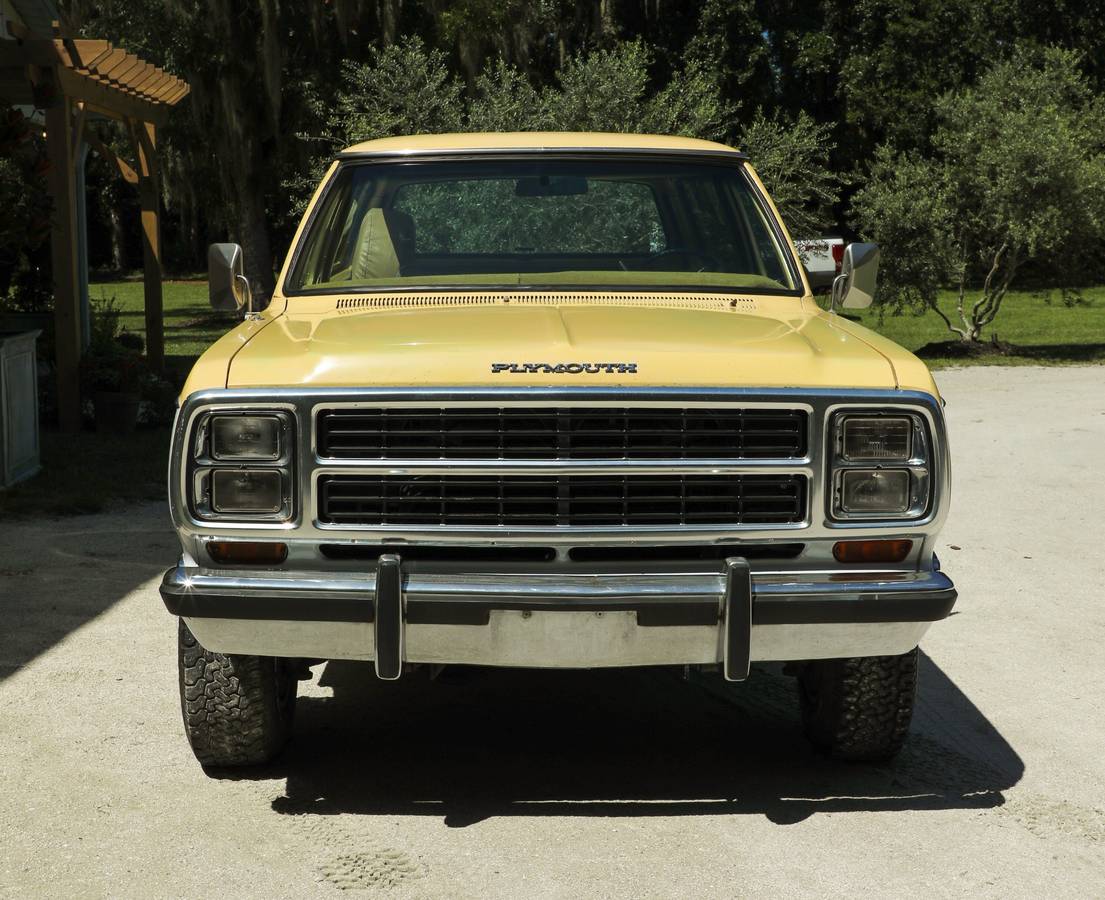 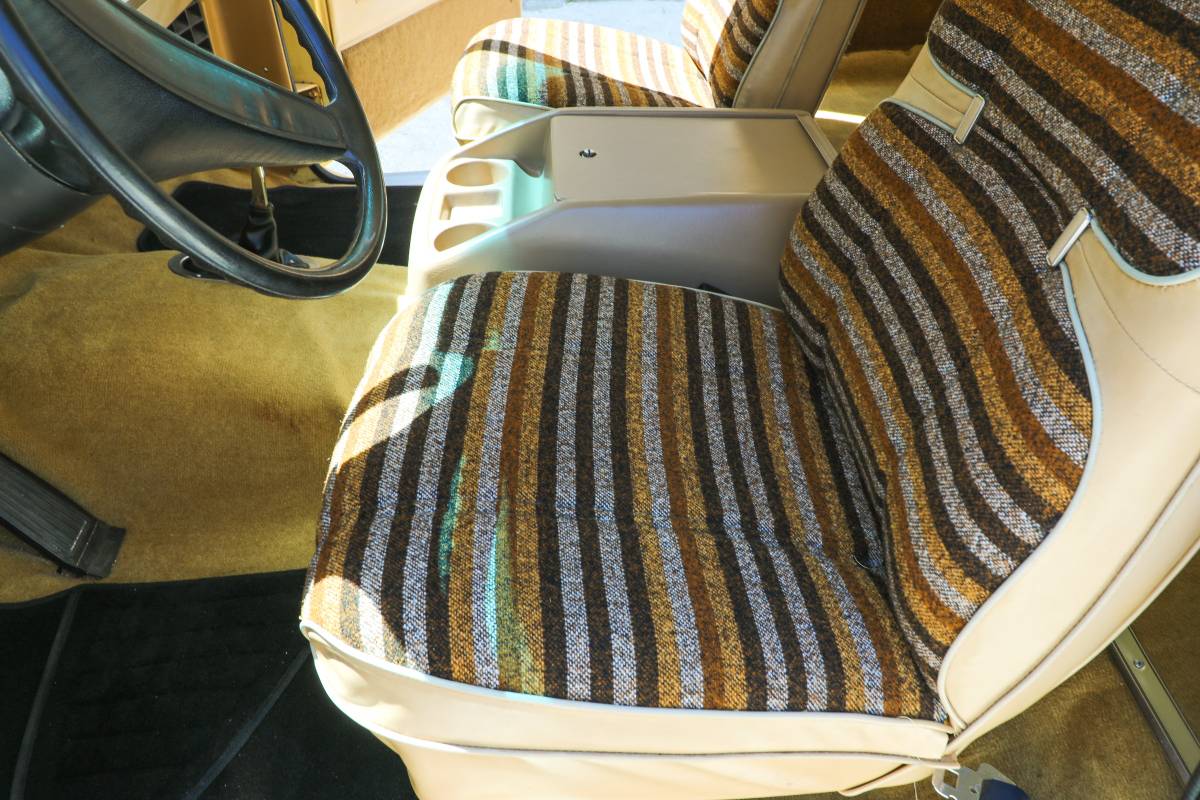 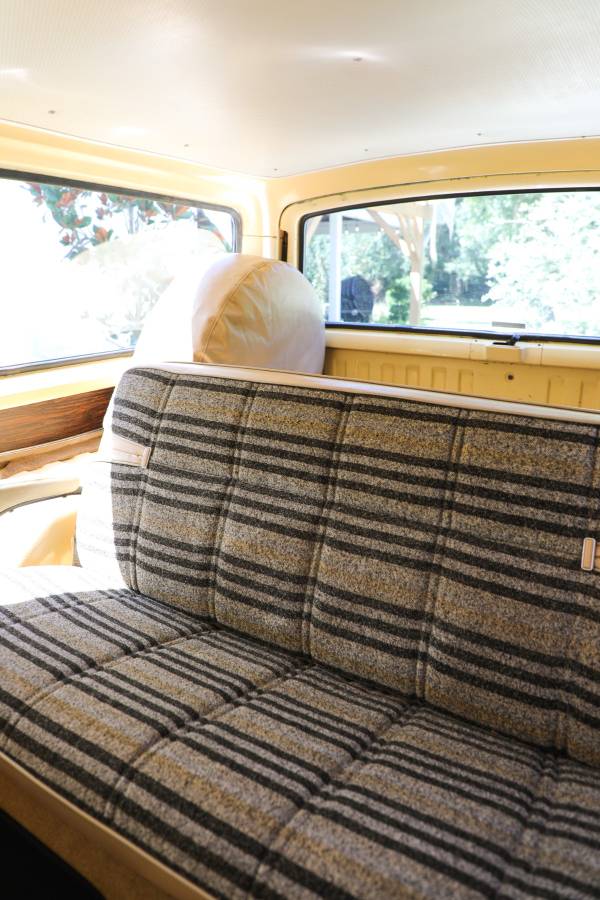 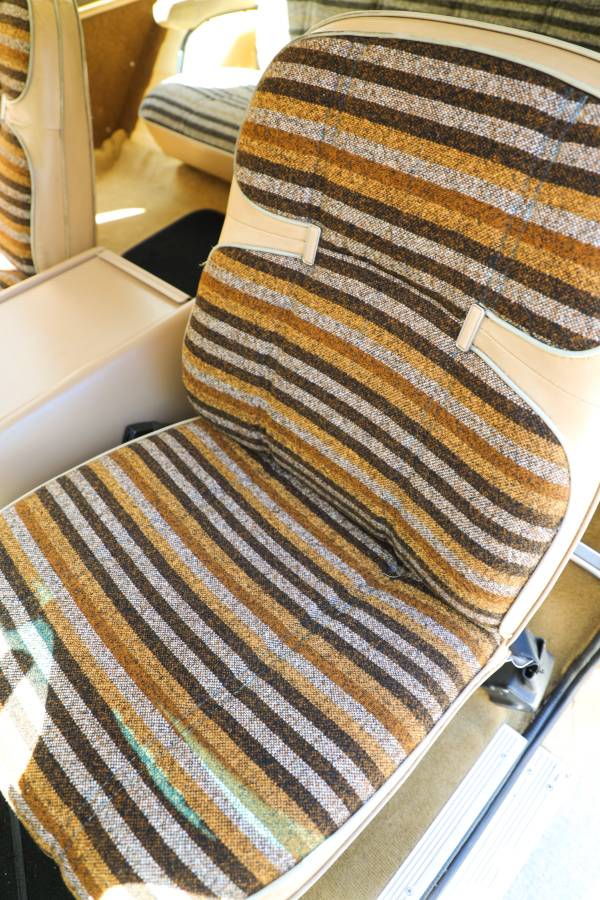 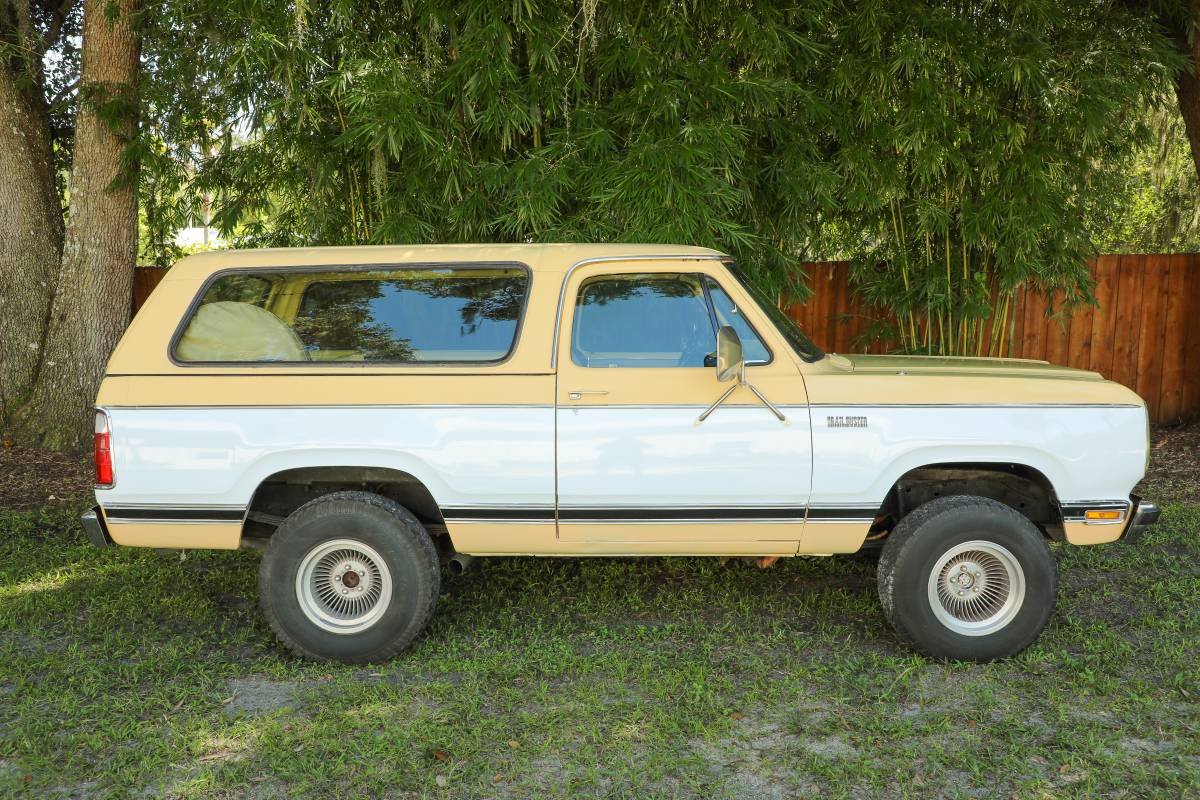 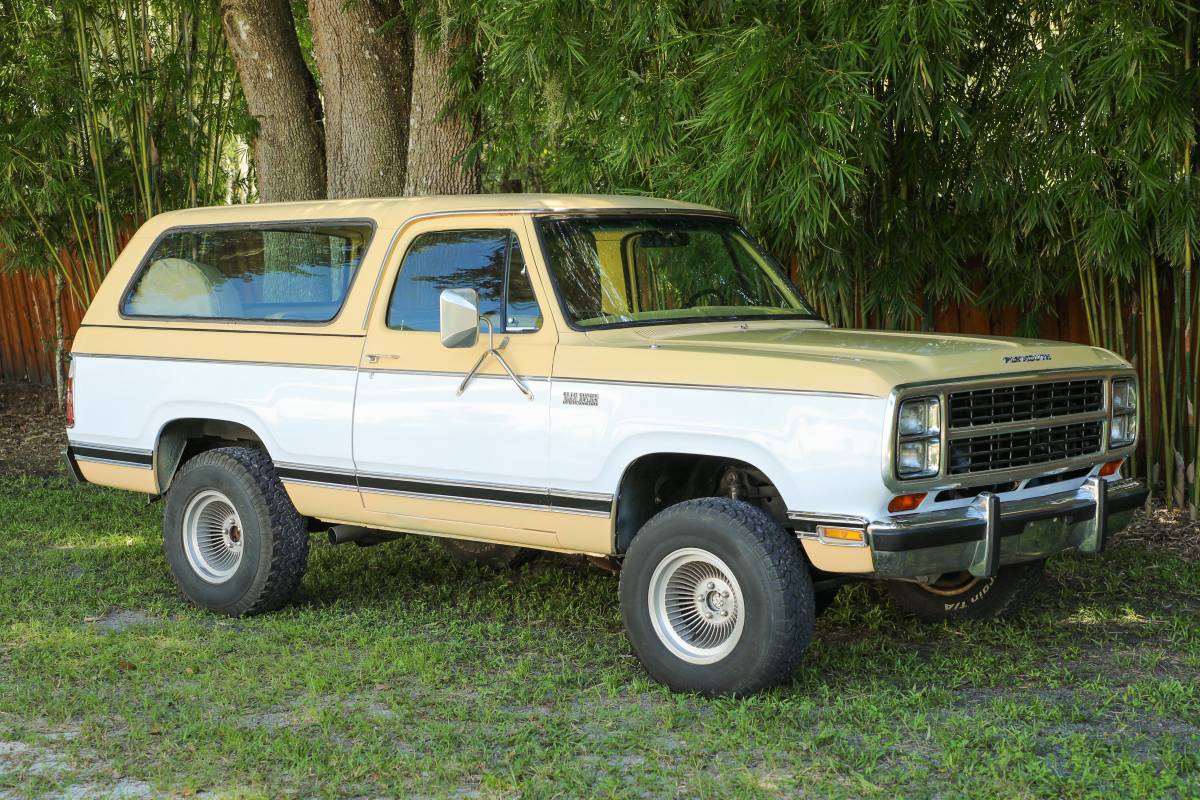 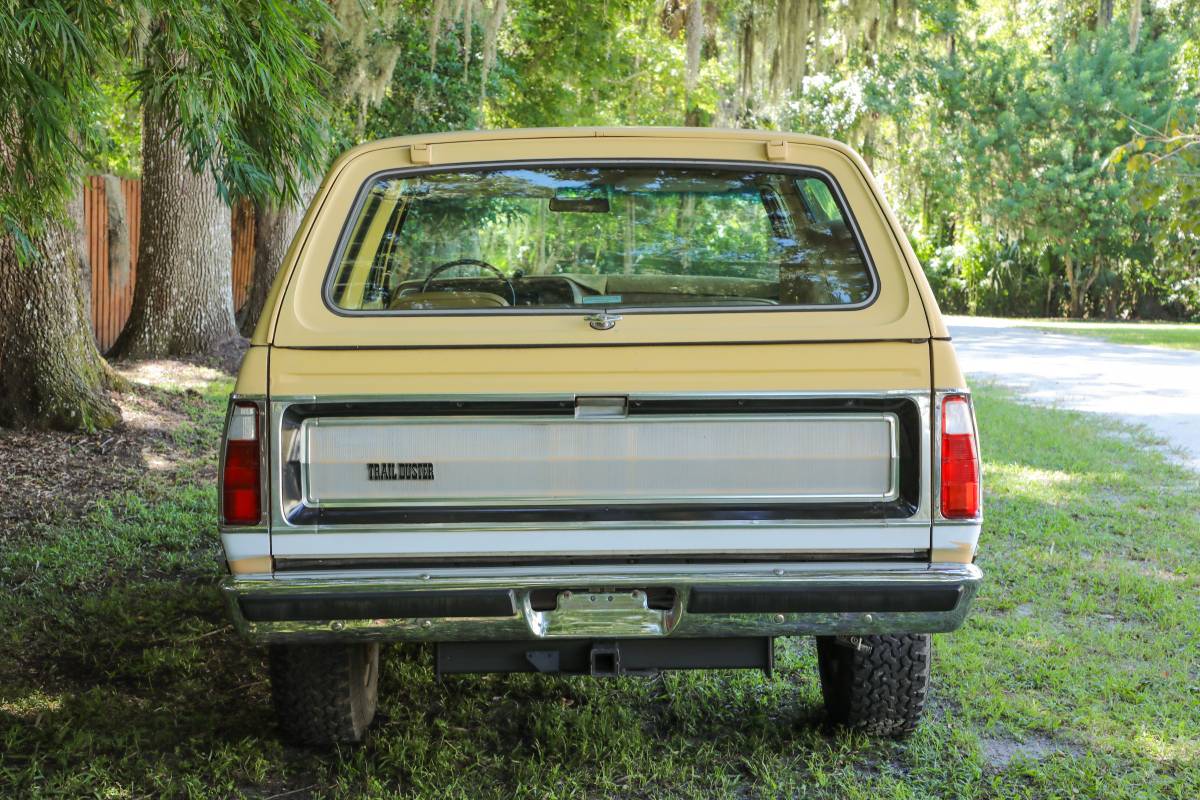 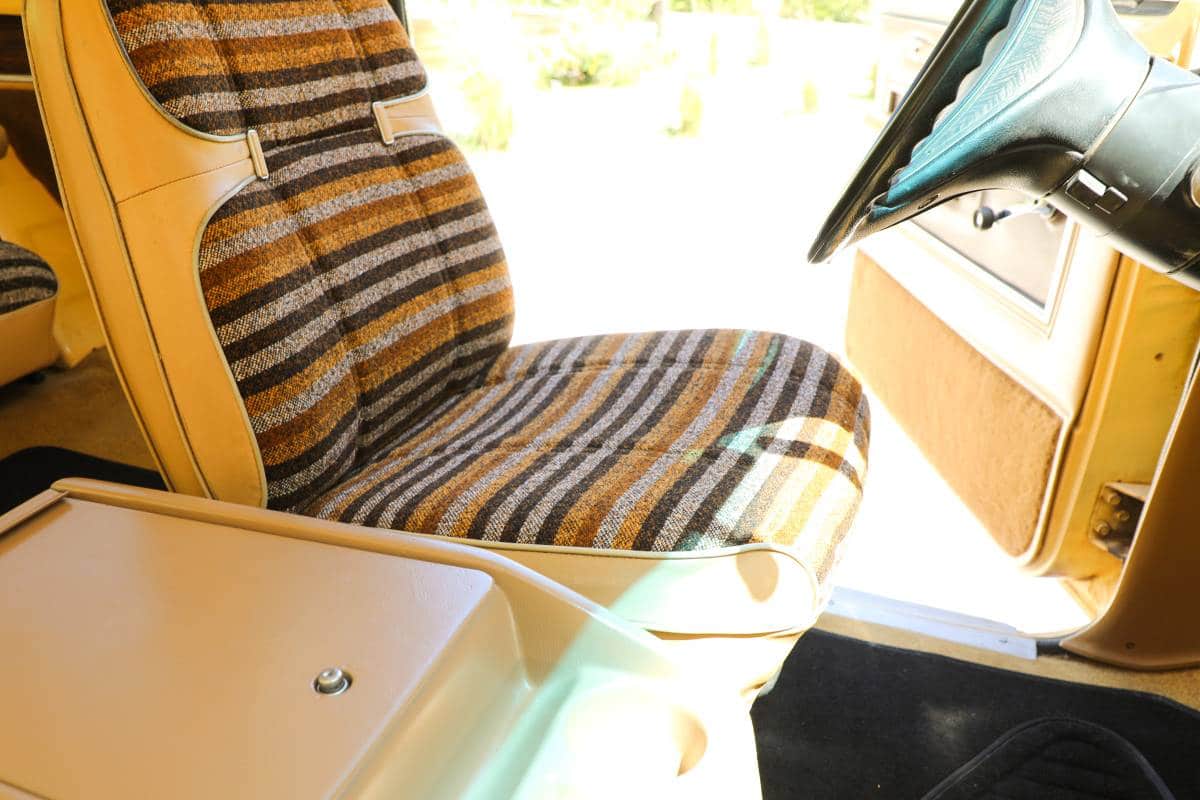 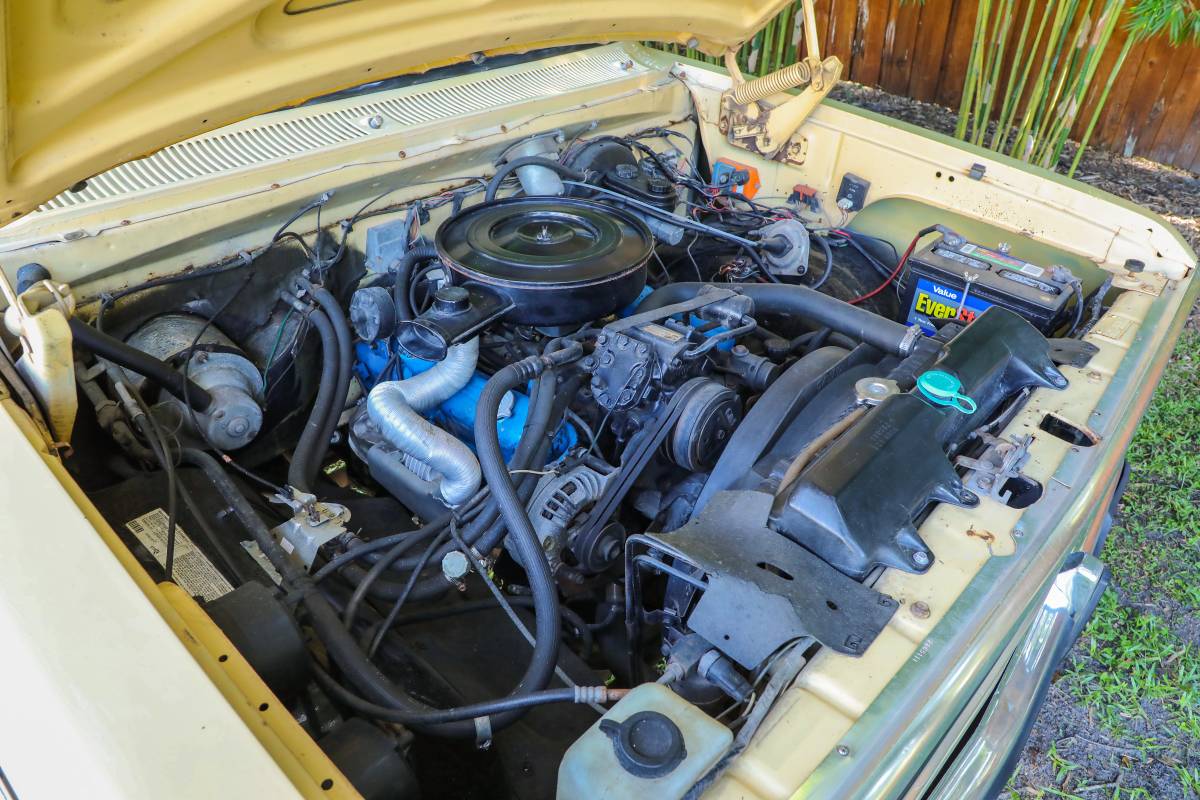 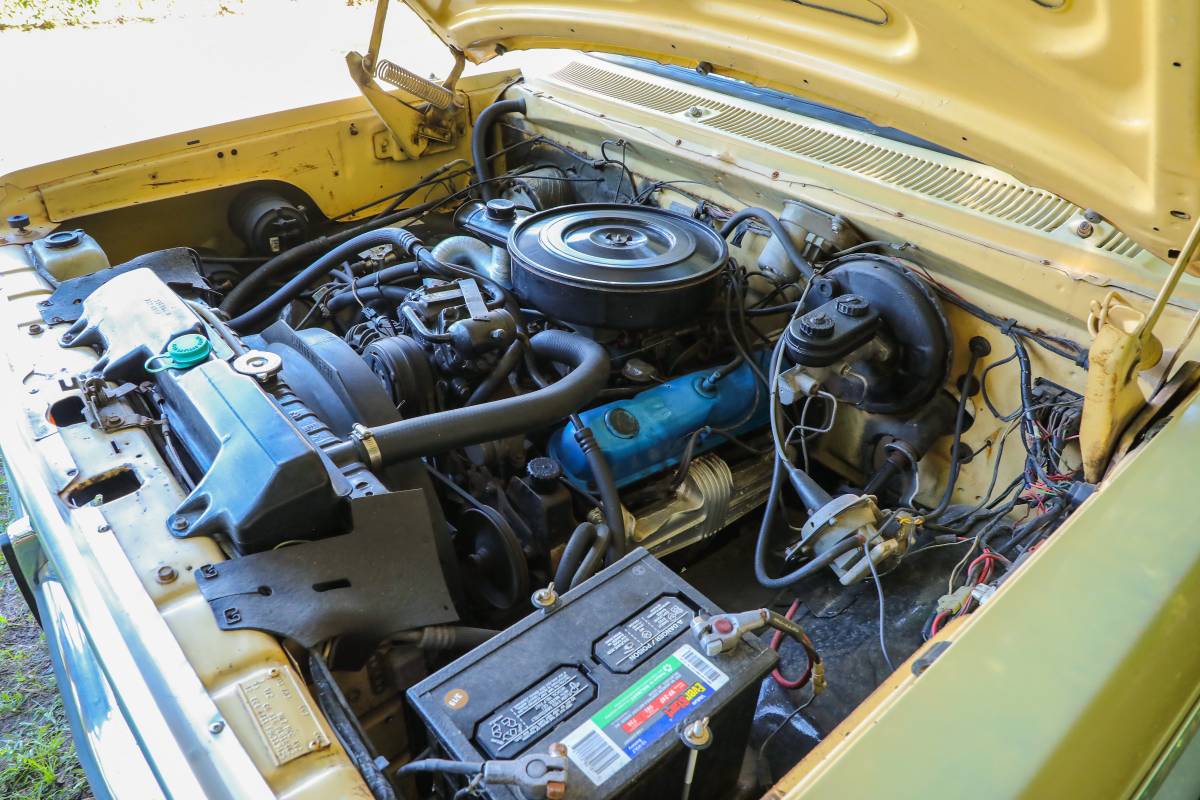 Even most non-Mopar enthusiasts know that Dodge offered its first-generation full-size Ramcharger SUV to compete with Ford’s new full-size Bronco and Chevrolet’s Bronco.  Few remember that in a GMC-Jimmy-like move, Plymouth also offered a badge-engineered version of the Ramcharger called the Trailduster. We just came across this well-preserved and nicely equipped 1979 Plymouth Trail Duster Sport originally listed in December 2021 on Craigslist in New Smyrna Beach, Florida (Daytona). The seller’s description doesn’t provide the details, however, based on the pictures provided, this appears to be an unrestored, 50K original mile survival example.

Currently offered for $25,000, comparing that price against the Hagerty Insurance Online Valuation Tool confirms the private seller has their Trail Duster priced between this guide’s #3 “Good” estimate of $19,300 and its #2 “Excellent” appraisal of $29,400.  Using the values for the identical Dodge Ramcharger as a proxy, the Collector Car Market Review Online Tool provides a much different assessment as in this case the asking price is $3,500 dollars above this guide’s #1 “Excellent” appraisal of $21,500.

Hoping to steal market share from the growing two-door SUV market, Chrysler developed the Dodge Ramcharger based on a shortened-wheelbase version of the Dodge D Series/Ram pickup truck chassis. A Plymouth version named the Trail Duster, offered from 1974 to 1981, was Plymouth’s only SUV.

Ramchargers and Traildusters were mostly produced as a two-door, 4×4 vehicle, although two-wheel-drive versions were also available. As a full-size SUV, they competed with the Chevrolet K5 Blazer and the 1978–1996 Ford Bronco. Power came from Chrysler’s LA engine, usually in either 318 or 360 cubic inch form.  First available in four-wheel drive with a rear-wheel-drive only version available starting in 1975. The 1974 through 1980 models came without a roof, with a dealer-installed fabric top, or an optional removable steel roof with a flip-up rear tailgate window.  Marketed as a basic utility vehicle, only the driver’s seat was standard equipment with the passenger seat optional up to 1976. While the Plymouth Trailduster only lasted until 1981, the Dodge Ramcharger soldiered on through 1993.

The Osborne Tramaine YouTube Channel features this nine-minute comparison from 1978 of the full-size Ford Bronco, Chevrolet Blazer, and Plymouth Trailduster:

The fact this is the first Plymouth Trailduster we’ve ever featured speaks to the fact of how rare these are to find for sale. The fact this example is extremely well equipped (even including factory A/C) and preserved makes us think this Trailduster will not last on the market very long.

Show or go: what would you do with this 1979 Plymouth Trailduster?  Comment below and let us know!