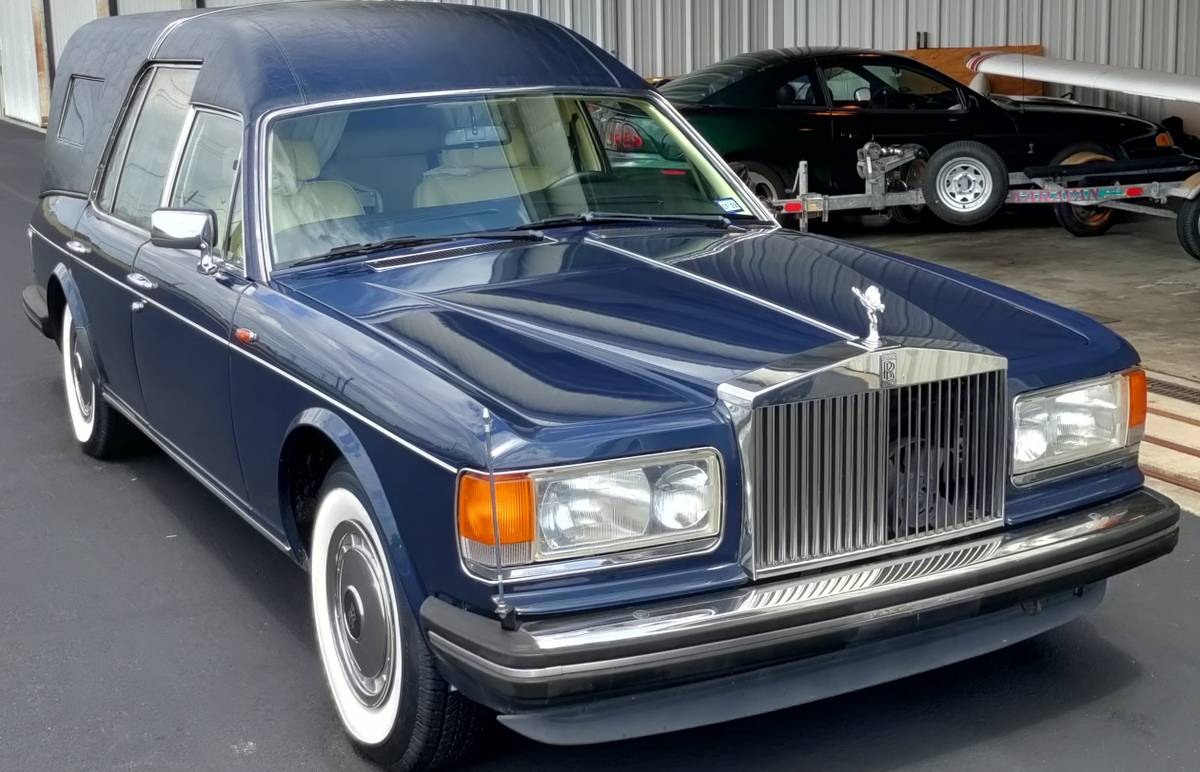 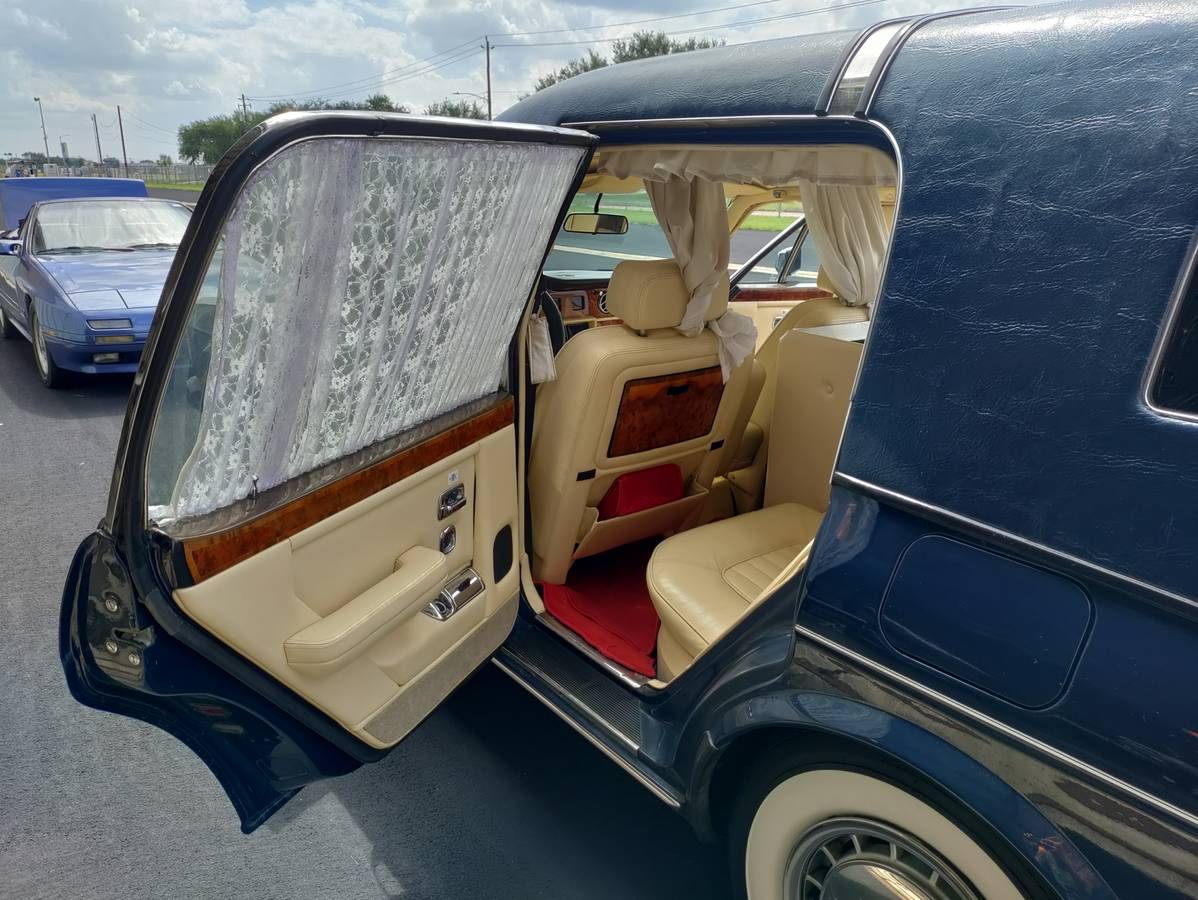 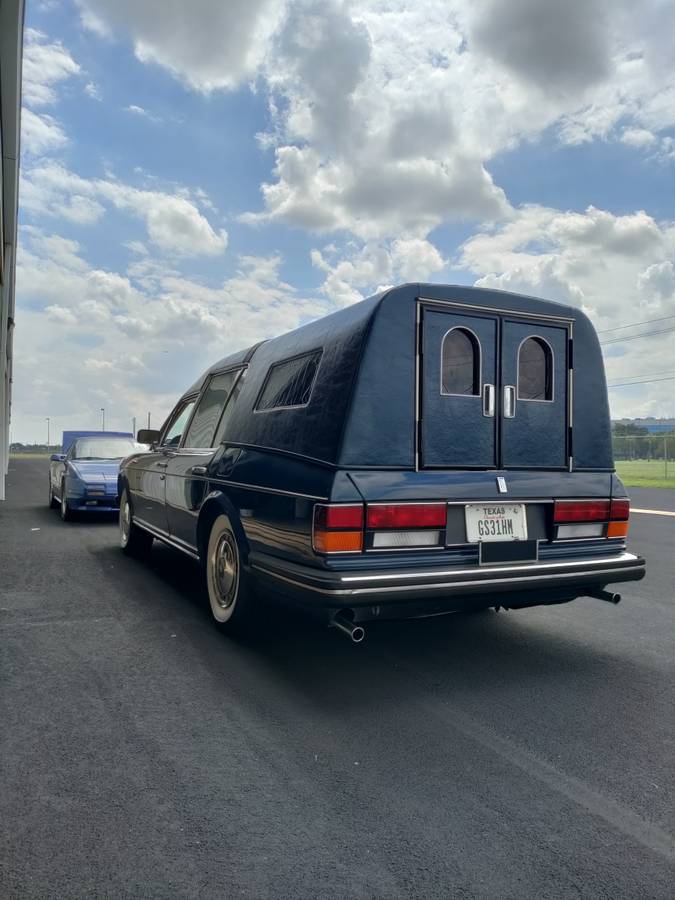 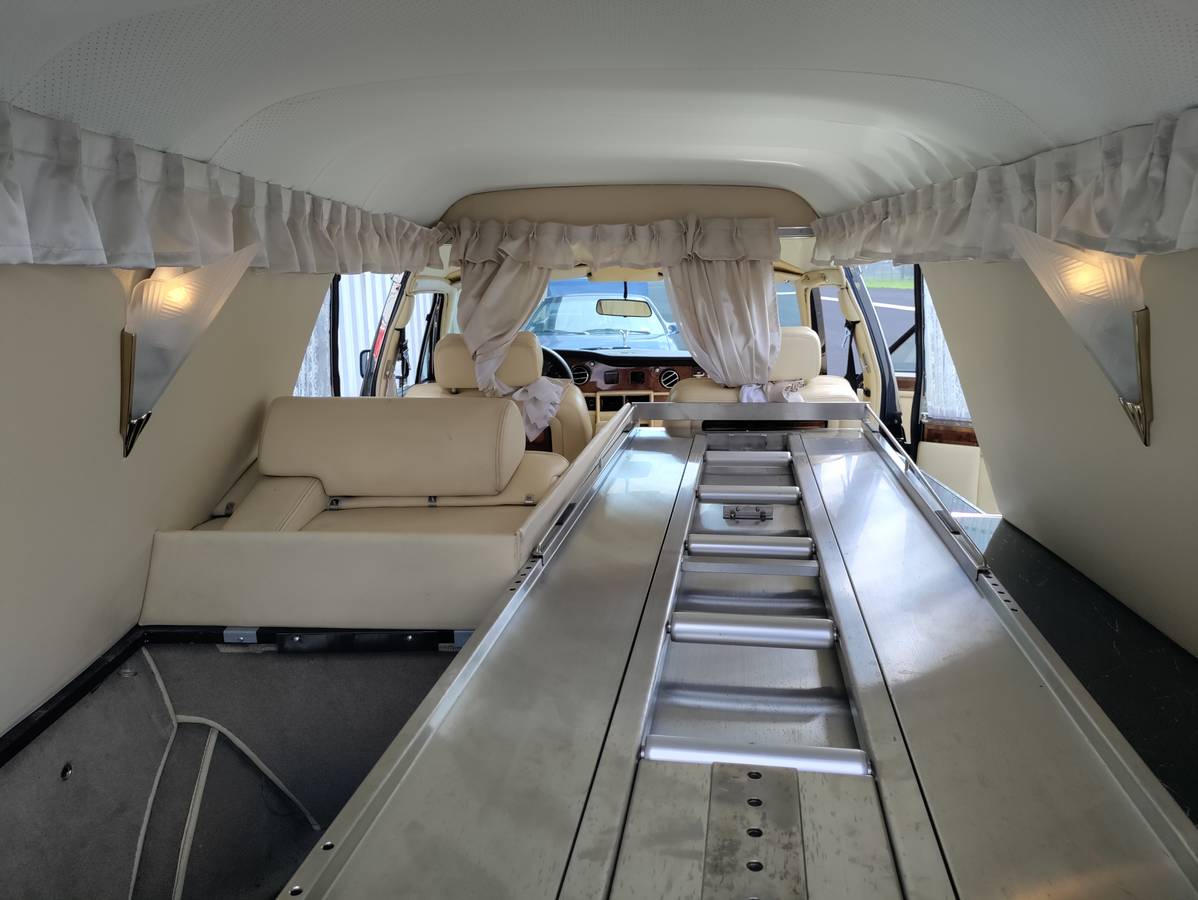 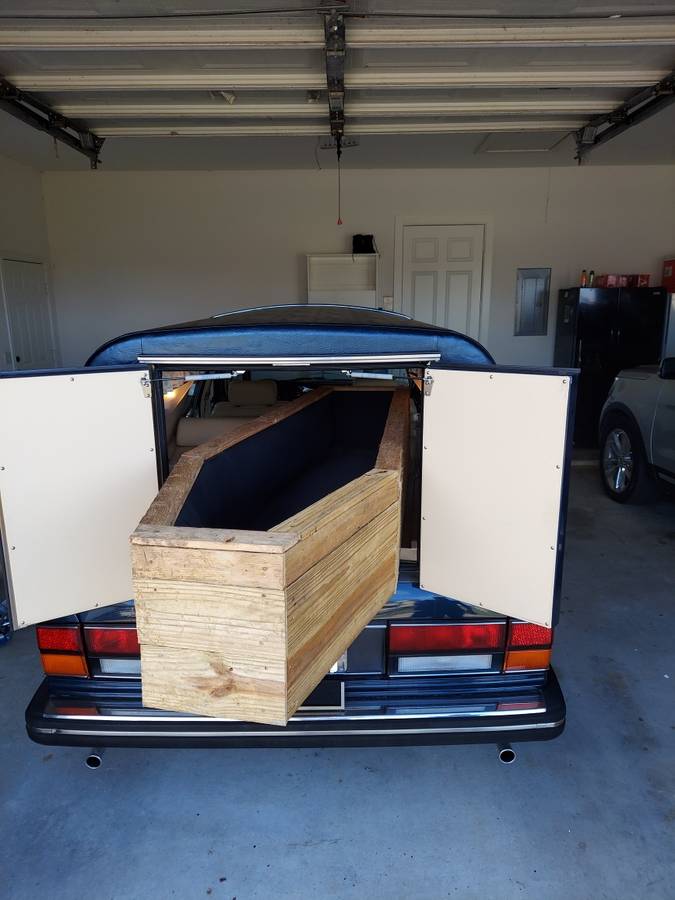 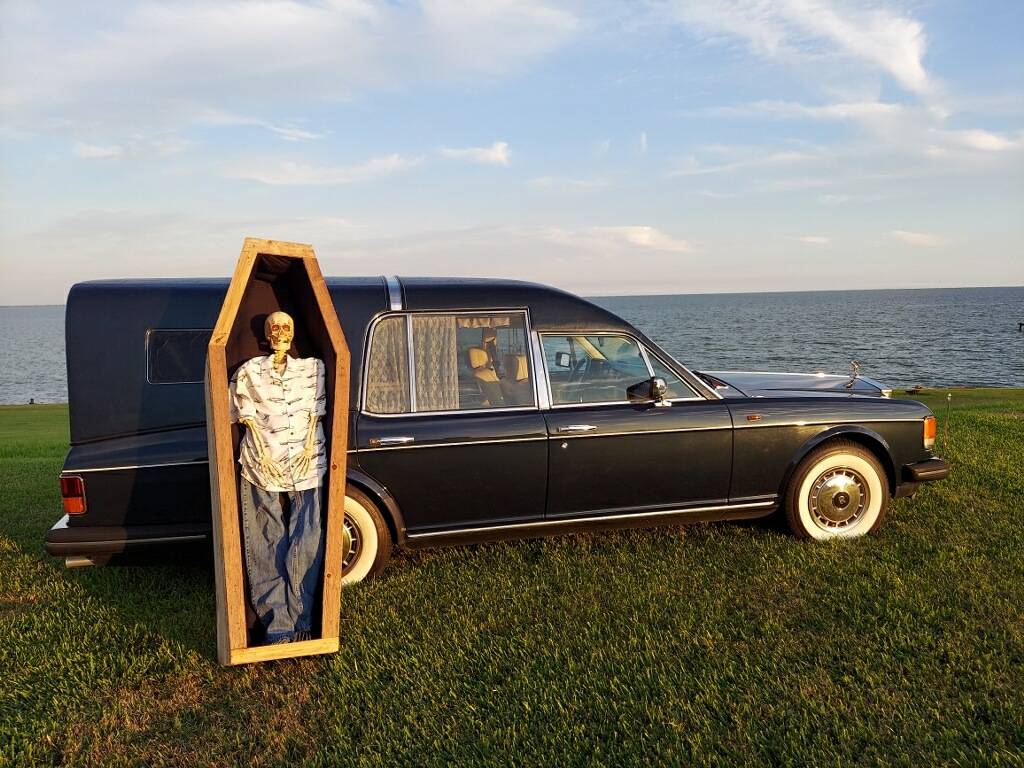 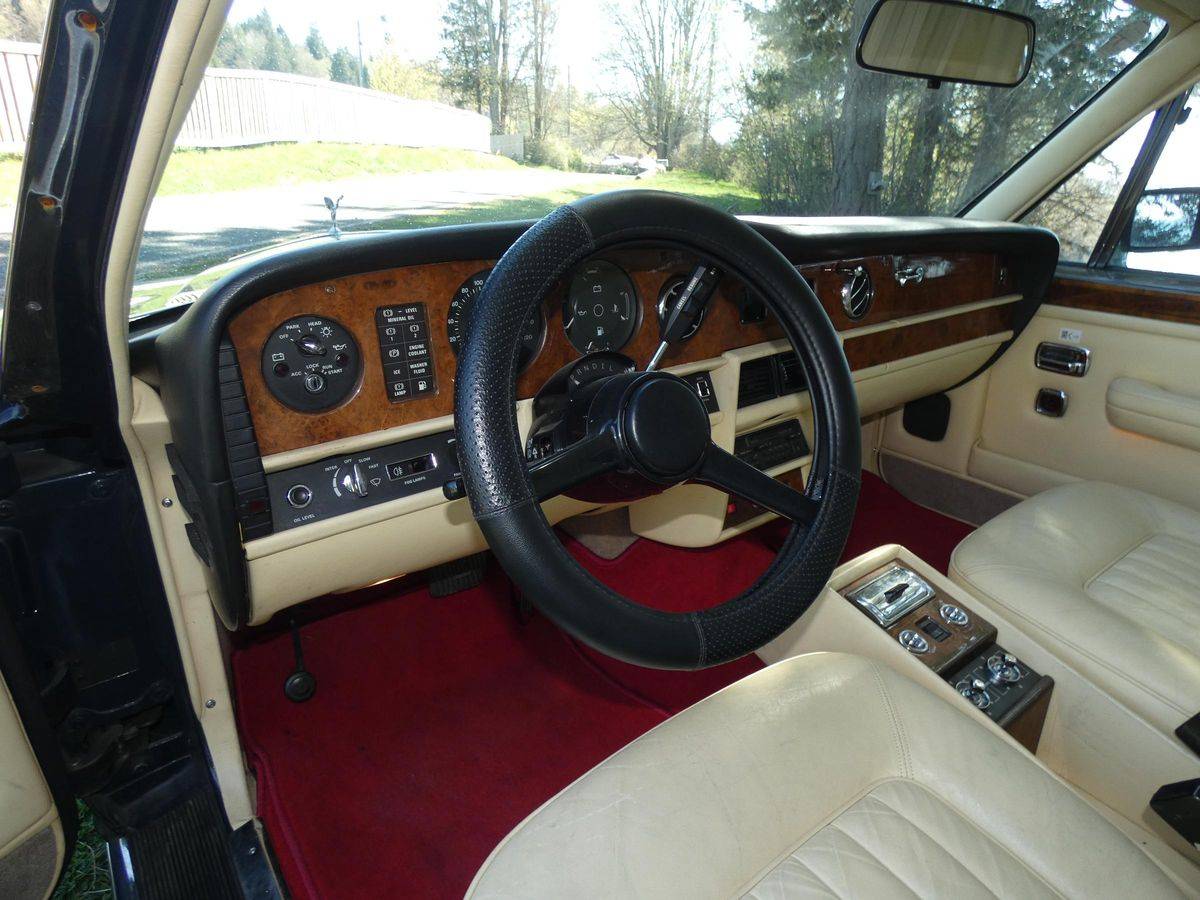 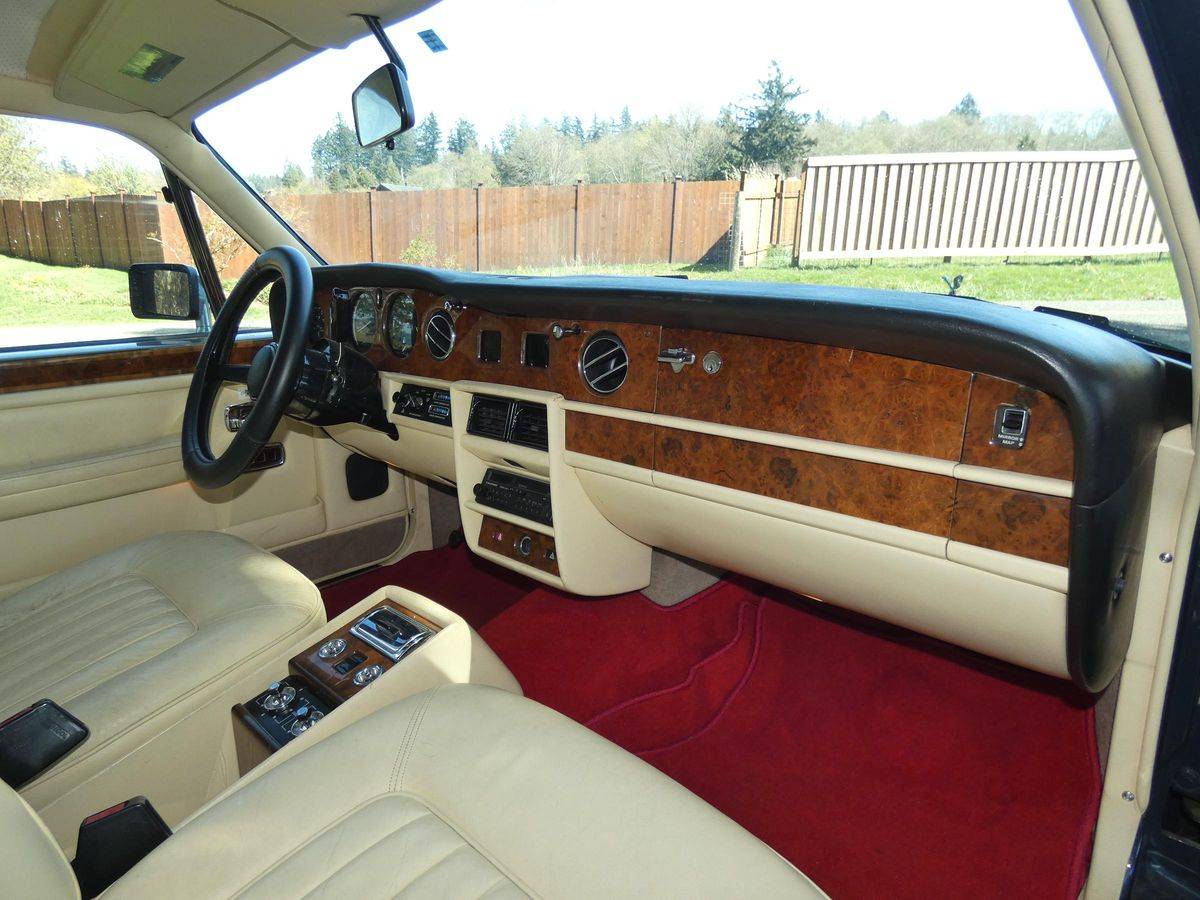 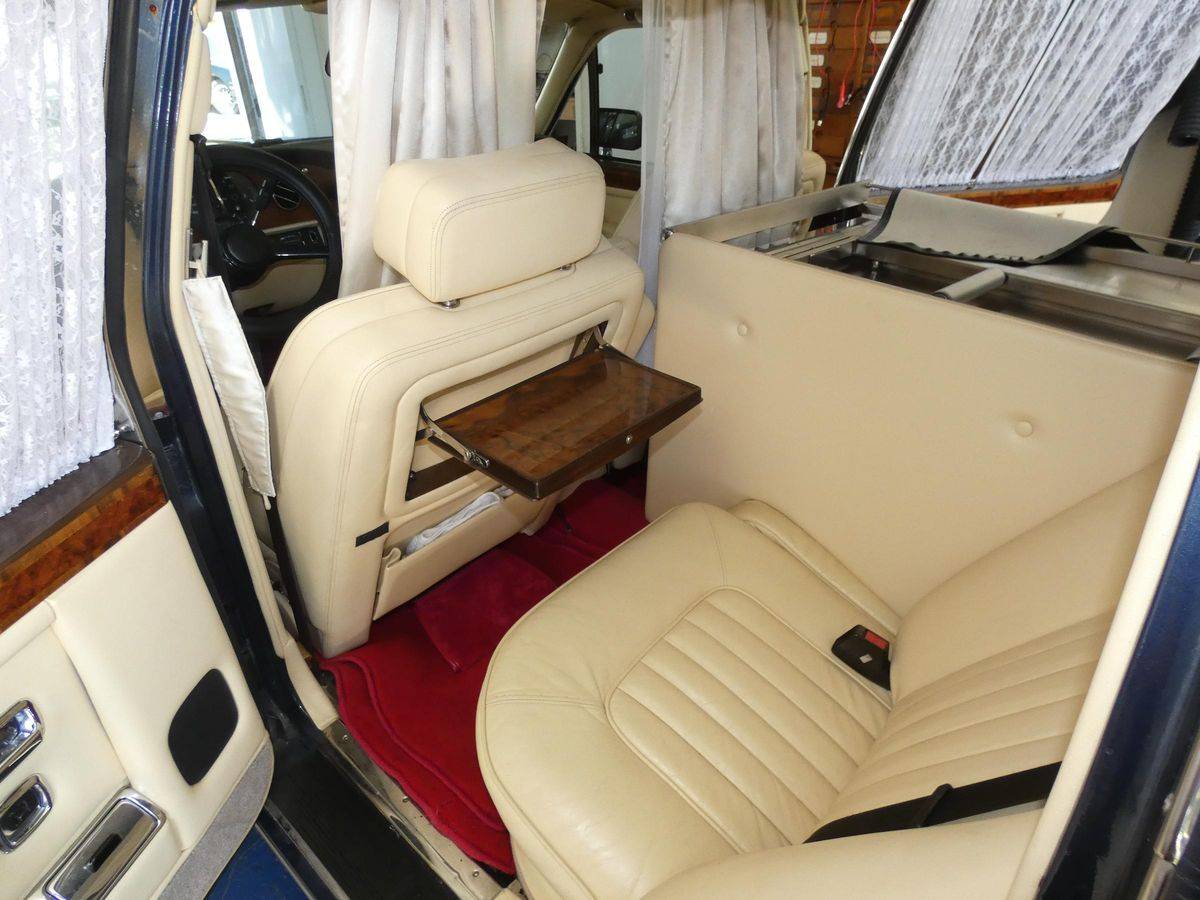 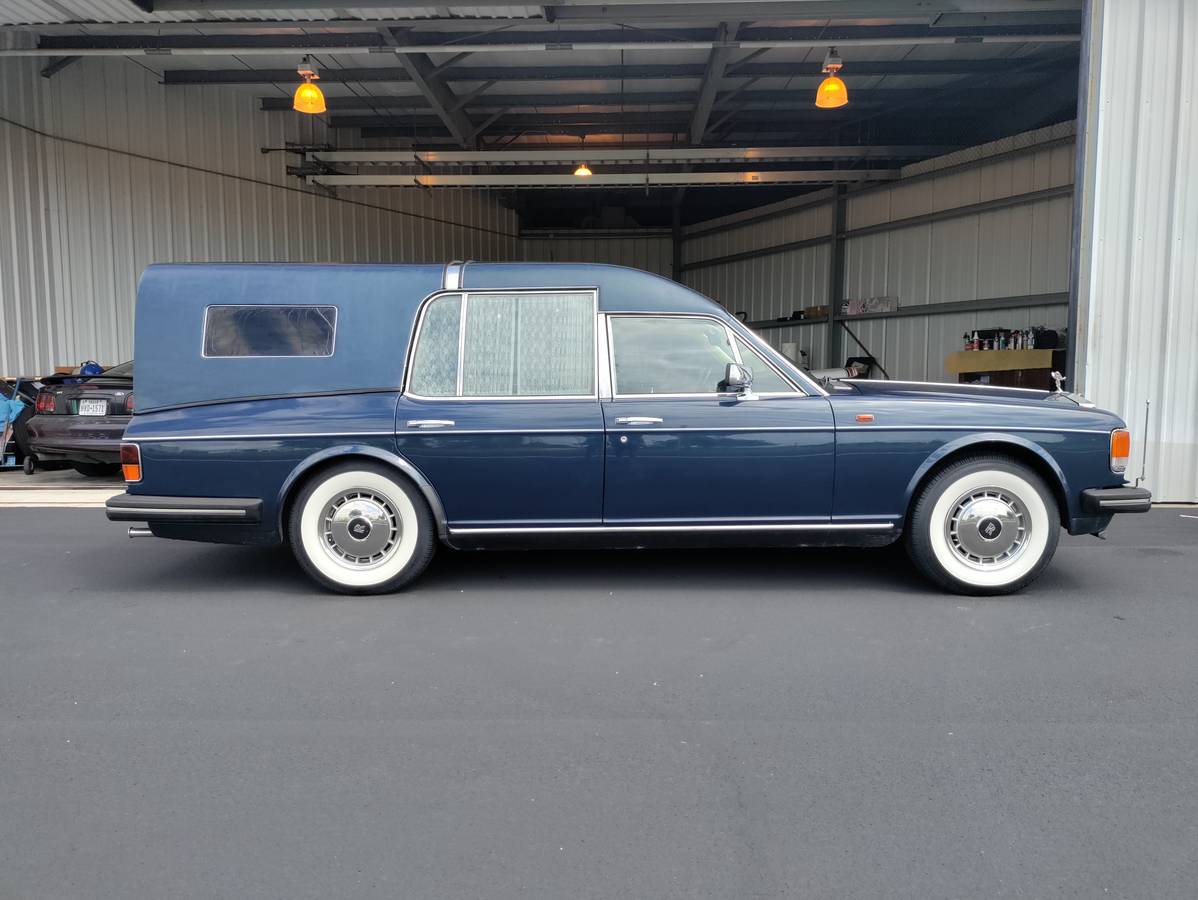 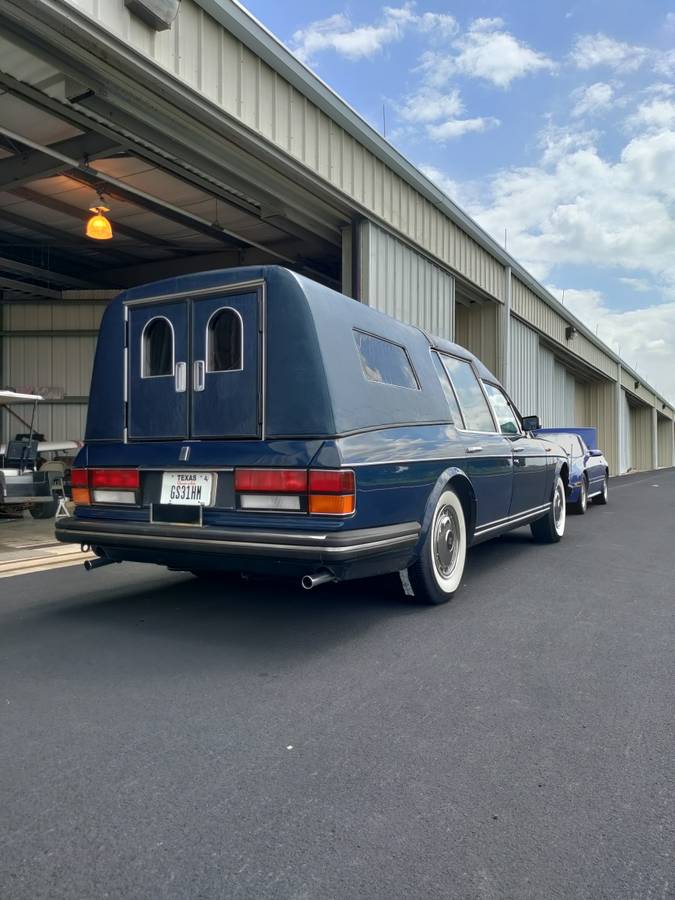 January 26, 2022 Update – We just confirmed the listing for this “Classifind” expired, so with no replacement found we’re assuming this ride “Sold?” While this one got away, please reach out either by email or call us directly if you’d like to be informed when we come across something similar.

If there was ever a Rolls Royce worth dying for a ride in, this 1986 Silver-Spur-based funeral hearse originally listed in December 2021 on Craigslist in Houston, Texas literally might be the one. Unfortunately for the seller, the fact there aren’t that many Roller Hearses quickly had us thinking we’ve seen this car before.  Sure enough, we remembered seeing it auctioned here on Cars And Bids in early August 2021. The winning bid was $9,000.

Fast forward just four months and the winning bidder is now trying to double his money by listing on Craigslist.  Based on what the seller’s description indicated during the C&B auction, in their four months of ownership, the current caretaker replaced a noisy power steering pump, replaced the tires, and added a vintage wooden coffin that will be included with this sale. Tack on the four-and-a-half-percent buyers premium paid to Close &B ($405 estimated) and likely three large to have this hearse shipped from Washington State to Houston, and it’s easy to see the current seller is trying to recoup all of their investment and then some. Unfortunately, the seller makes no mention of whether he replaced the low-pressure A/C line during his watch.

While the seller may be trying to double their money in a fast flip, comparing the $18,000 asking price against the Hagerty Insurance Online Valuation Tool confirms the private seller has their Rolls Royce Hearse priced between this guide’s #2 “Excellent” estimate of $16,500 and its #1 “Concours” appraisal of $23,700. We predict this Roller will wind up selling for less than his current ask.

“The Rolls-Royce Silver Spirit and its long-wheelbase sibling, the Silver Spur, replaced the Silver Shadow and Silver Wraith respectively in 1980. Continuing the unibody construction initiated by the Shadow in 1967, they were redesigned to be much more rounded and less upright, the work of Austrian stylist Fritz Feller. These are the first Rolls-Royces to have the disappearing Spirit of Ecstasy hood ornament, which sinks into the radiator shell.

The 220-hp, 6.75-liter aluminum V-8 initially used twin SU carburetors, but cars exported to the U.S. and Japan always had Bosch fuel injection, which was eventually standardized for all markets in 1986. The Silver Spirit and Silver Spur were built in four iterations, or Marks, but there were thousands of running changes through the years. A total of 8,129 Mk I Rolls-Royce Silver Spirits were built between1980-89; 1,152 Mk IIs were produced from 1989-93; 1,658 Mk IIIs were manufactured in 1993-94; and 122 Mk IV models left the line from 1995-98. The Flying Spur of 1994-95 added a Garrett turbocharger in 1997, almost doubling the power output to 412 horsepower. The Silver Spirit was replaced by the Silver Seraph in 1998.

The finish on the Silver Spirit was as superior as one might expect, with burl walnut wood trim , Connolly leather hide interior, and Wilton carpets. Steering was power rack-and-pinion, and Rolls-Royce used Citroen’s hydraulic self-leveling suspension at the rear, power disc brakes all-around, and a three-speed automatic transmission, which was later replaced by a four-speed automatic in 1991. Almost everything was standard, including air conditioning, power windows, seats, and door locks.

Rolls-Royces are famous for their sophistication and durability, but curiously, that can lead to deferred maintenance once they hit resale channels. Be mindful that authorized service work and repairs can be frightfully expensive – the brakes and suspension in particular – and cannot be performed properly by anybody who is not a certified Rolls-Royce mechanic.”

Here’s the walk-around video of this hearse the seller on Cars & Bids posted last summer:

Unlike all the hearses we’ve come across here in the states, this Roller still features one-third of the rear seat complete with its folding picnic table. We wouldn’t recommend sharing your jar of Gray Poupon with anyone who rolls down the rear window of this hearse, especially the guy that’s included in the coffin.

“This is a one on a kind (at least in the US) 1986 Rolls Royce Silver Spirit that’s been converted into a hearse and used by a funeral home in Japan. This is originally a German Market car which means that it’s still left-hand drive, but the Odometer and speedo are in KM… and showing a very low mileage 65,xxxKM or 40,xxx Miles
It was originally black but was painted dark blue and a matching blue vinyl top installed by a previous owner
This car is obviously British but uses a lot of GM parts (AC compressor, power steering pump, TH transmission, ect).
Newer parts I’ve replaced:
Power steering pump
AGM battery
Bluetooth head unit (still have non-functional original)
Spark Plugs
Wide white wall tires (looks awesome)
A homemade (for Halloween) wood coffin is even in the back and included with the sale.”

Show or go: what would you do with this 1986 Rolls Royce Silver Spirit Hearse?  Comment below and let us know!