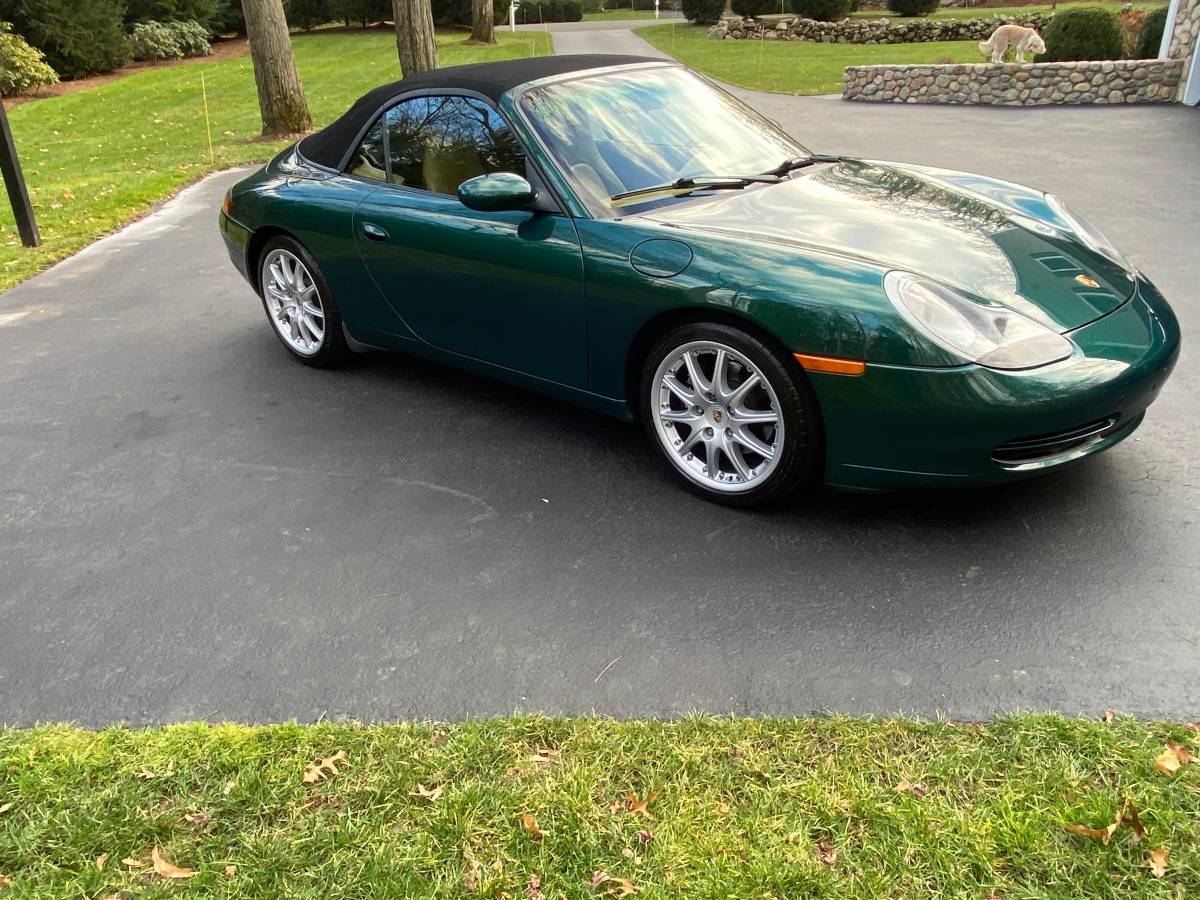 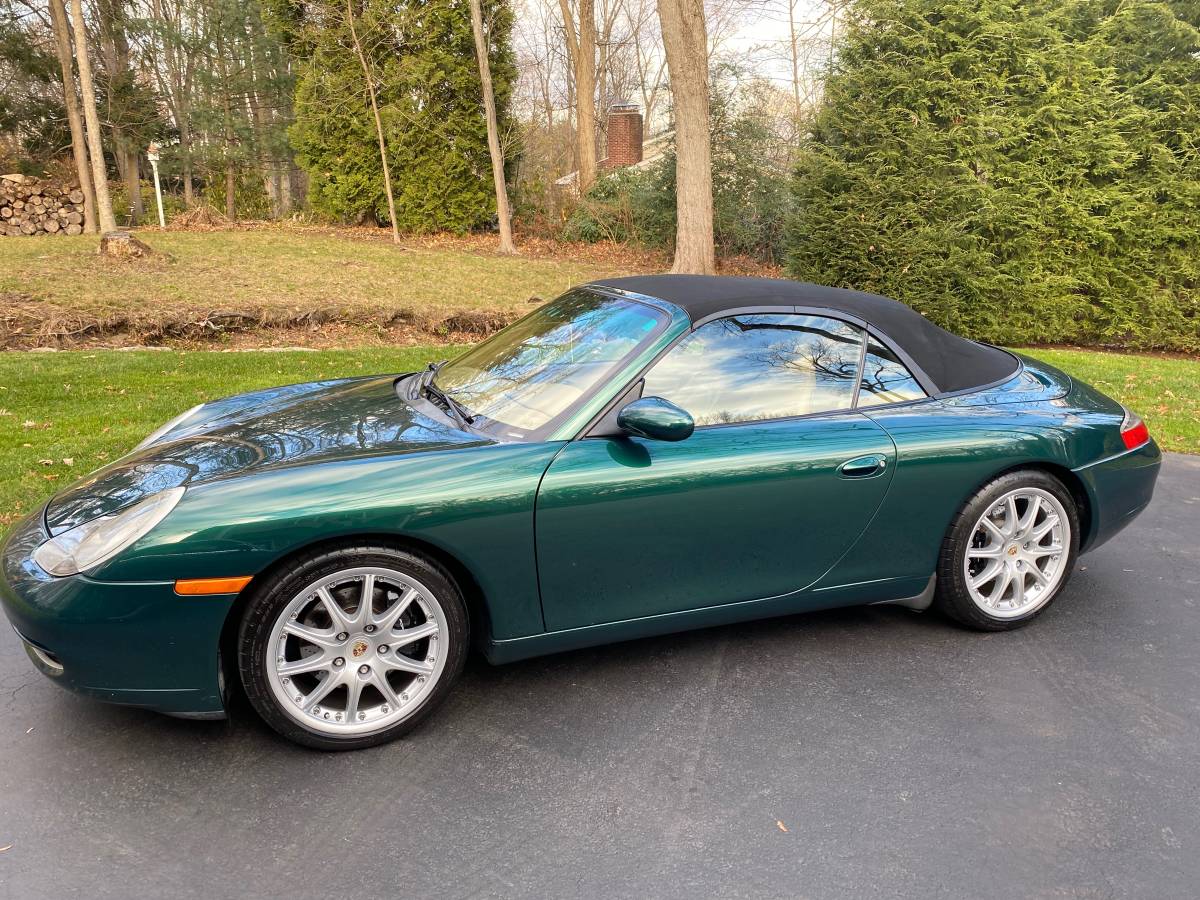 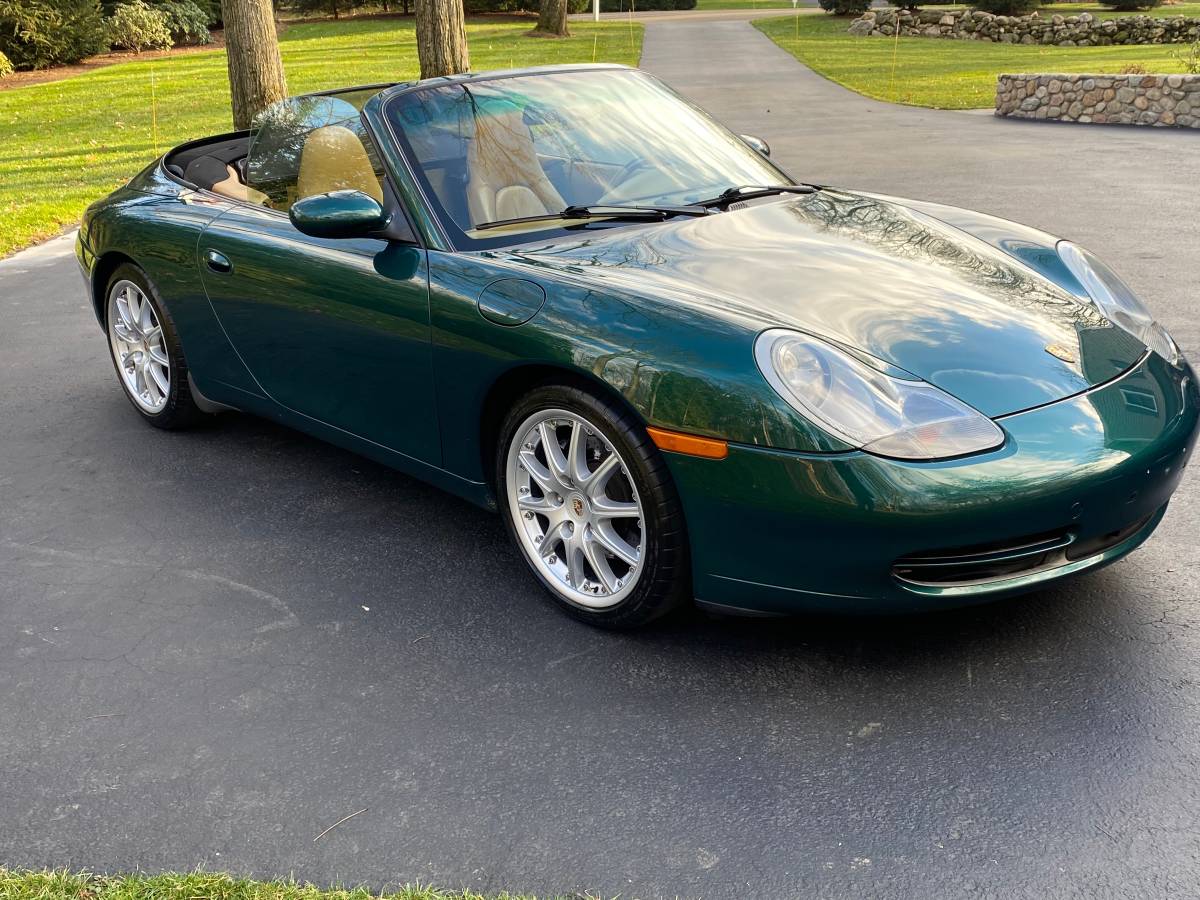 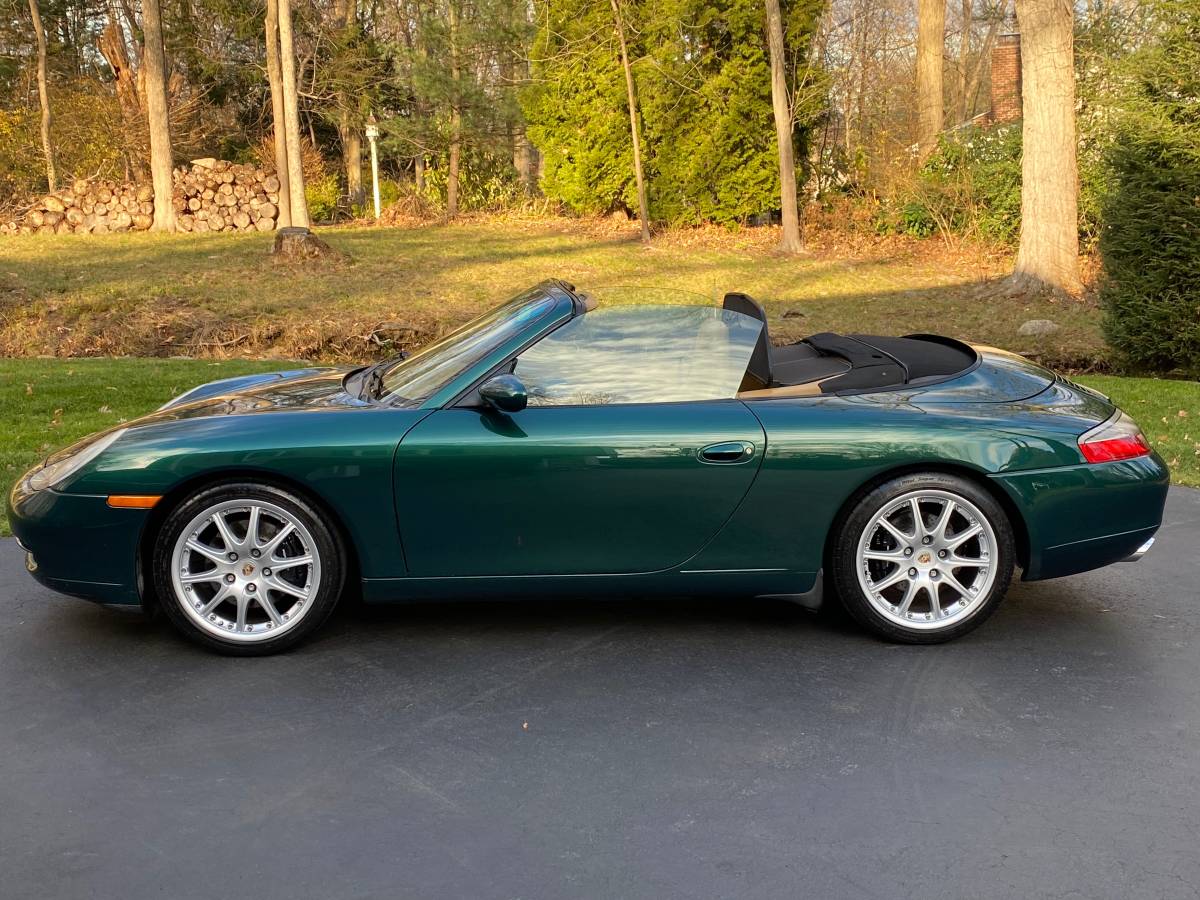 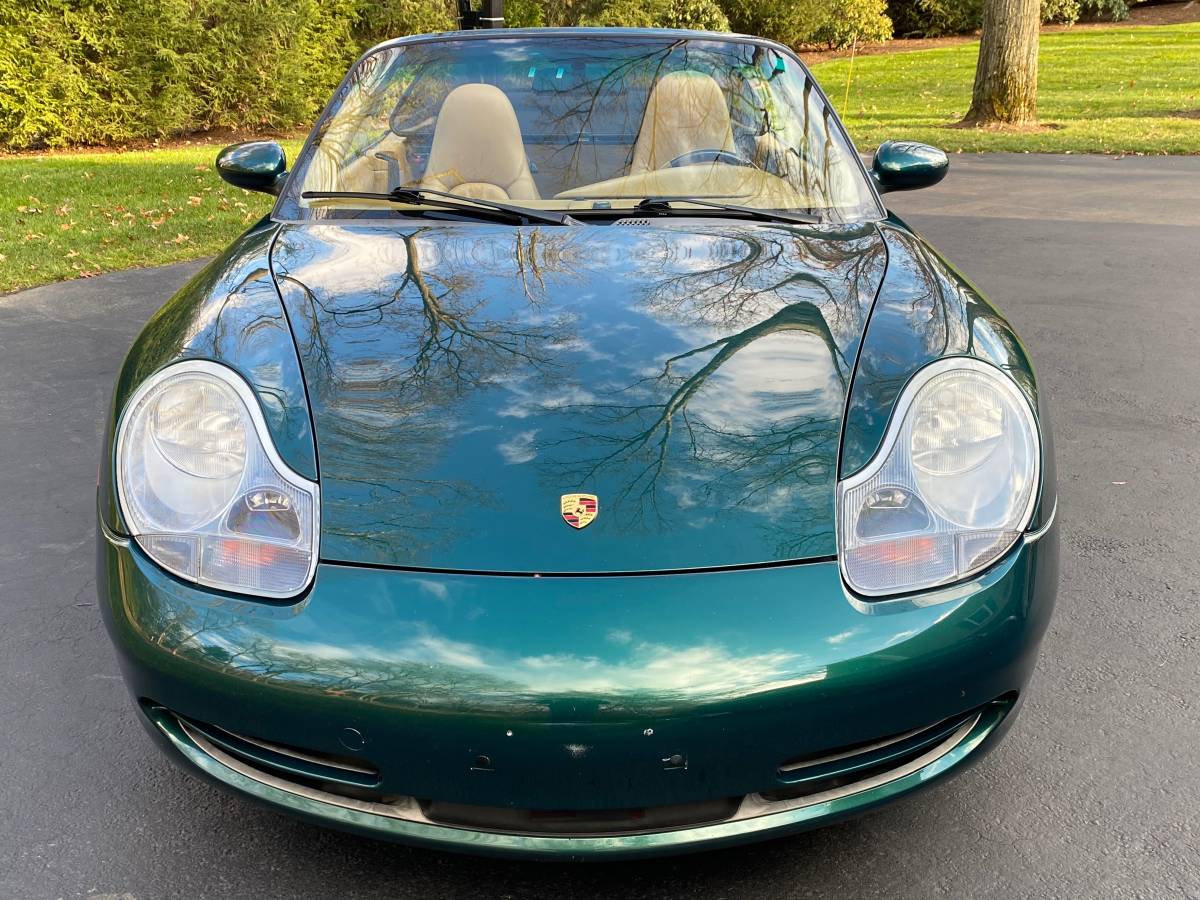 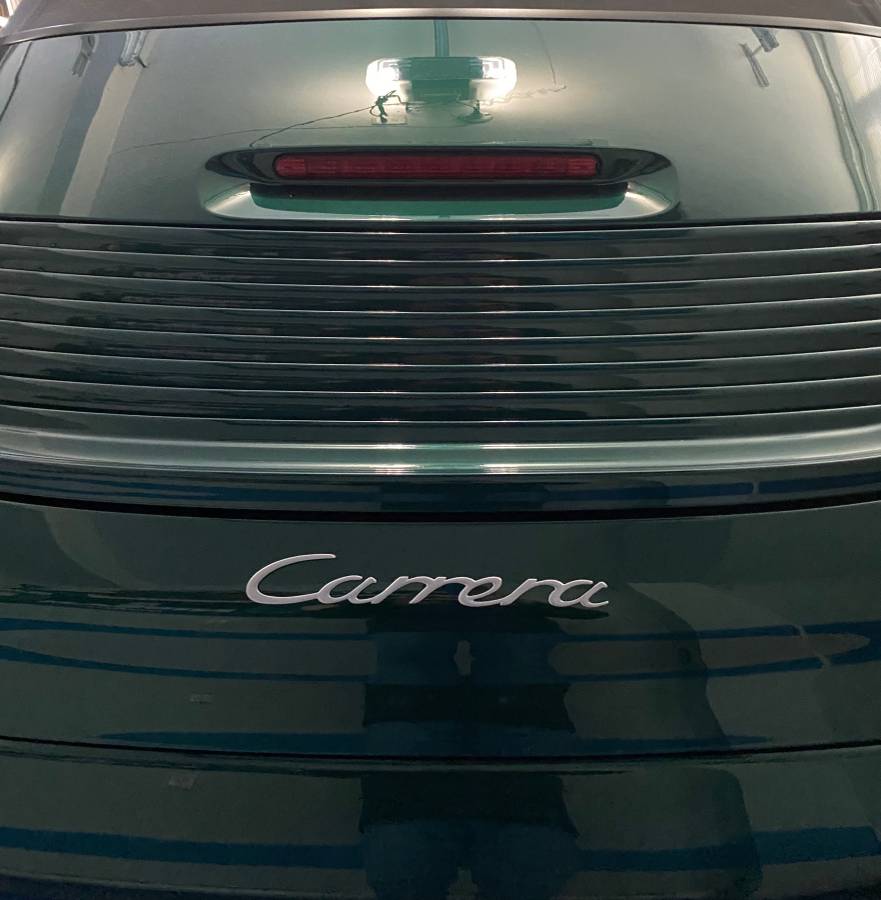 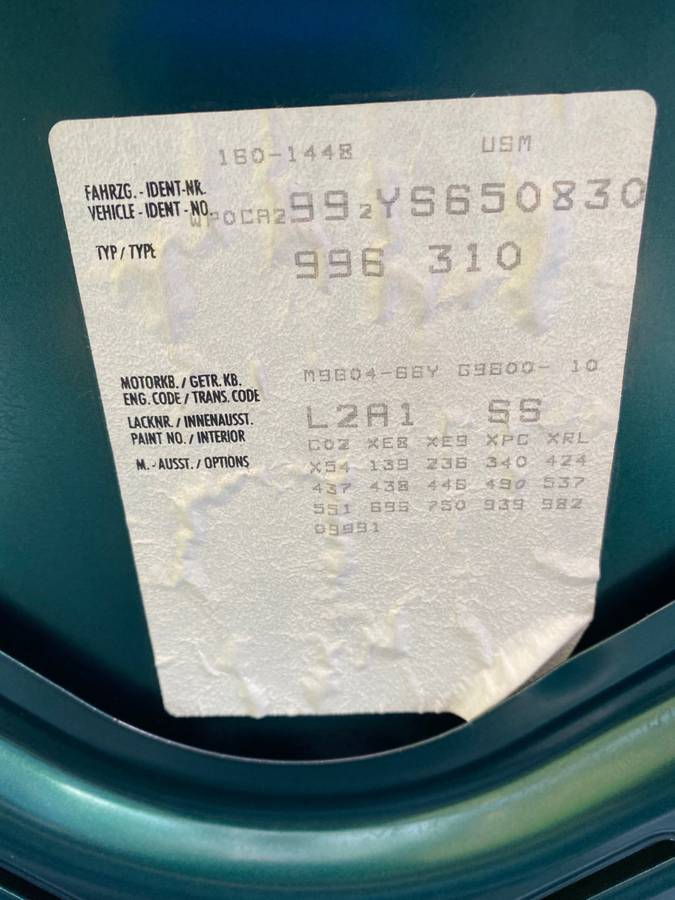 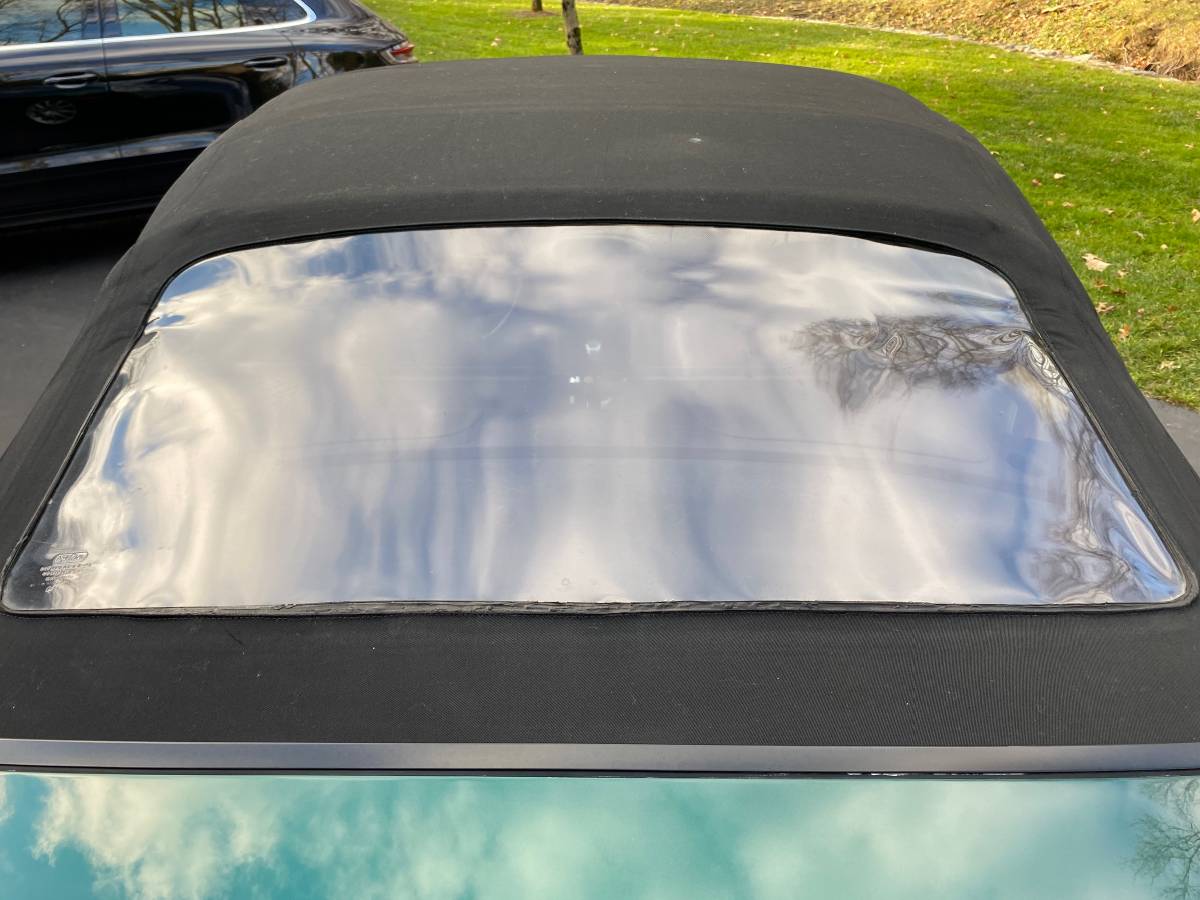 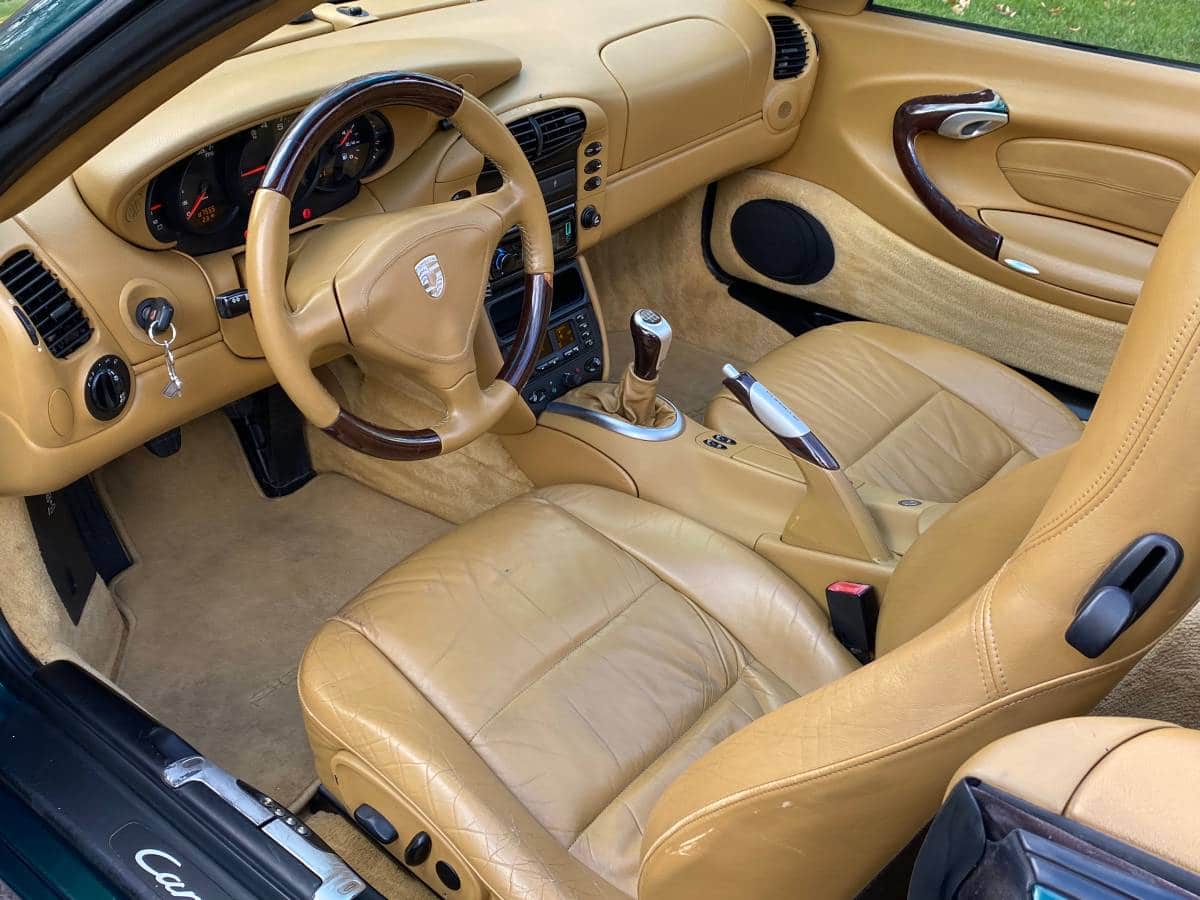 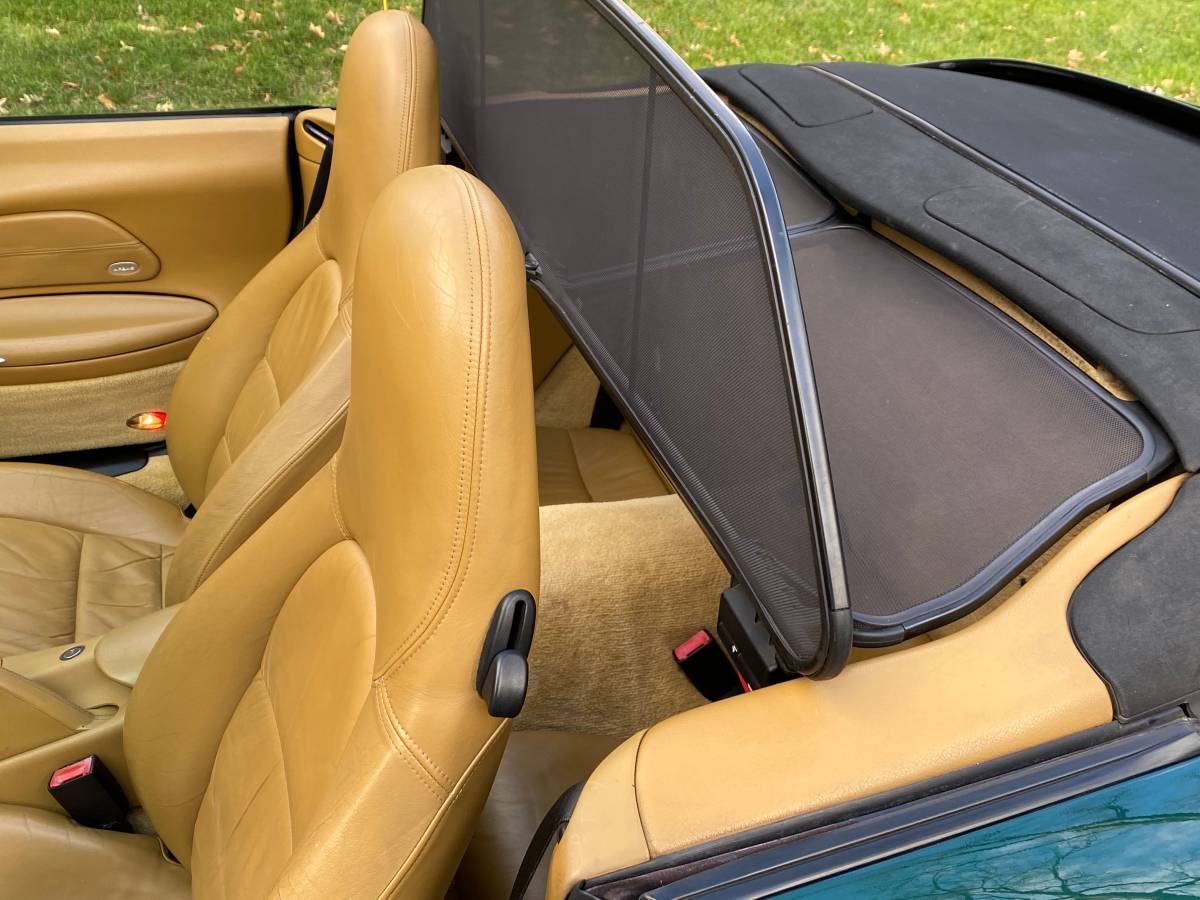 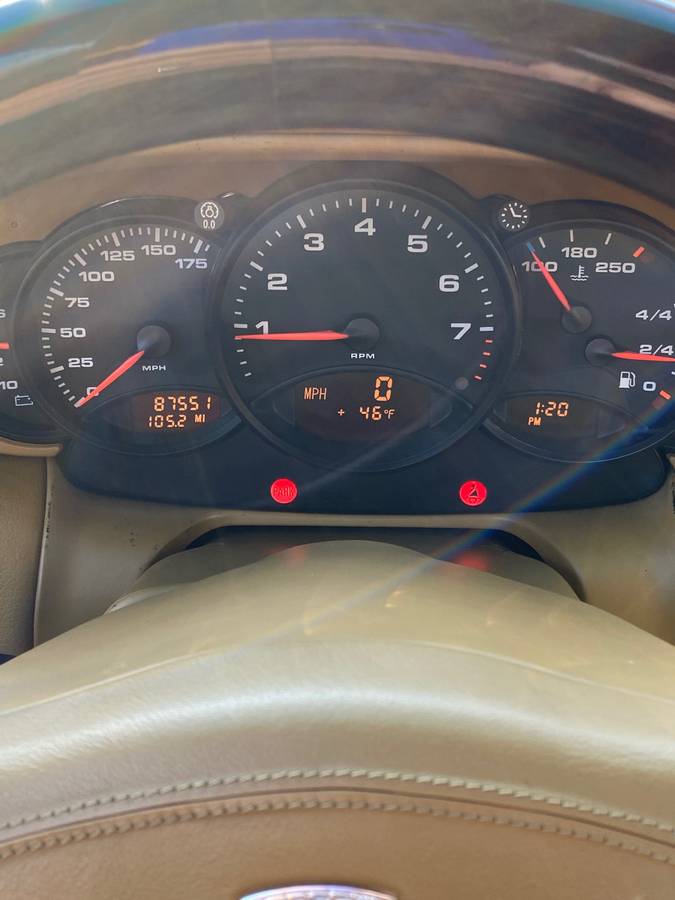 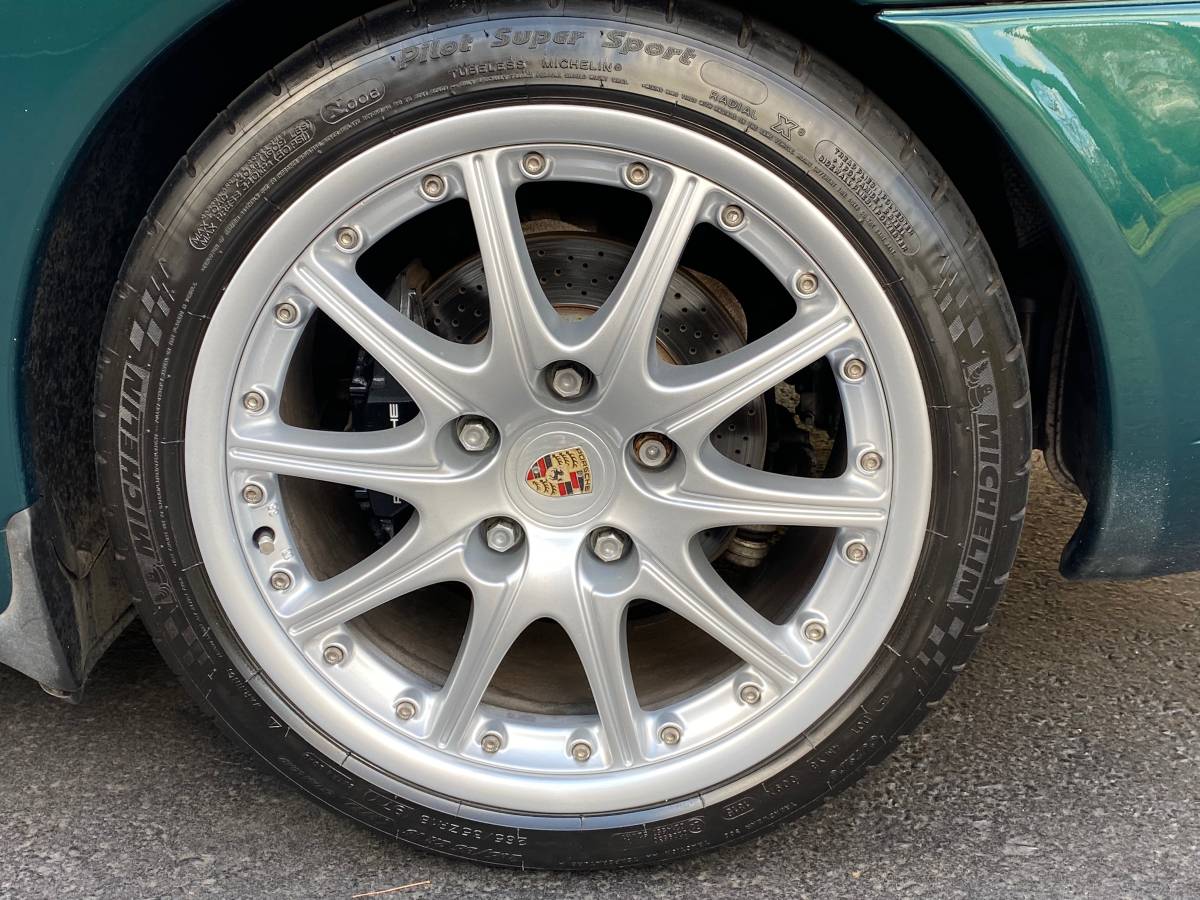 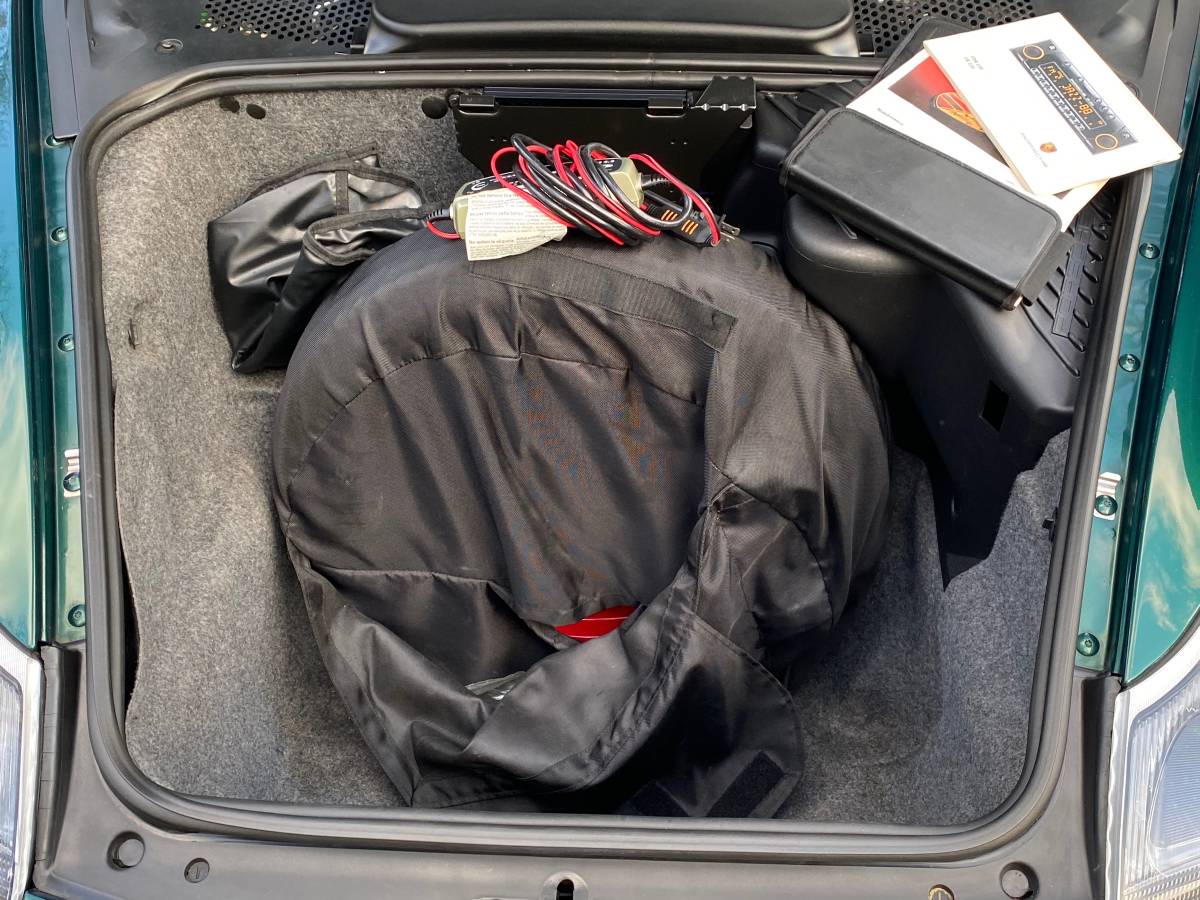 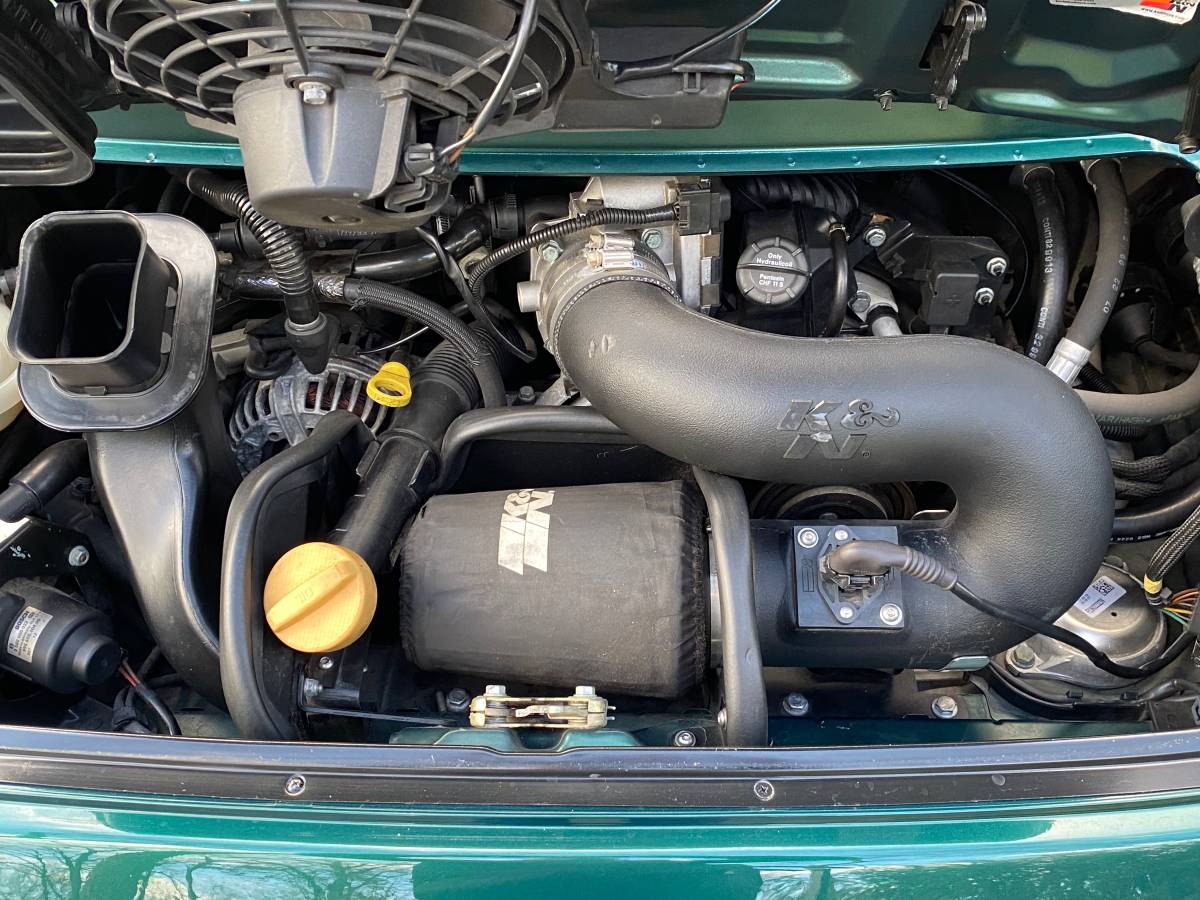 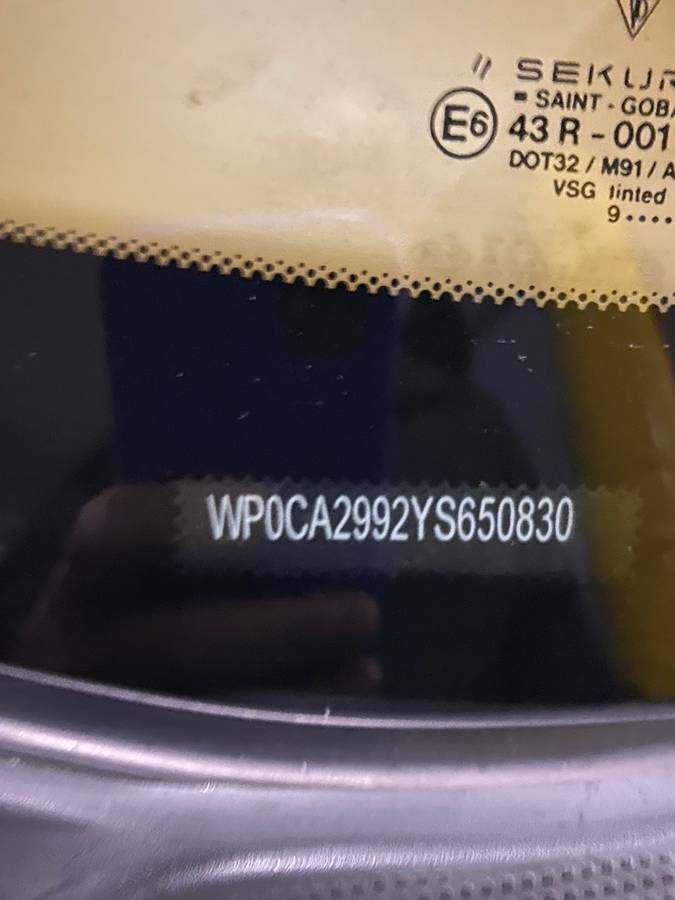 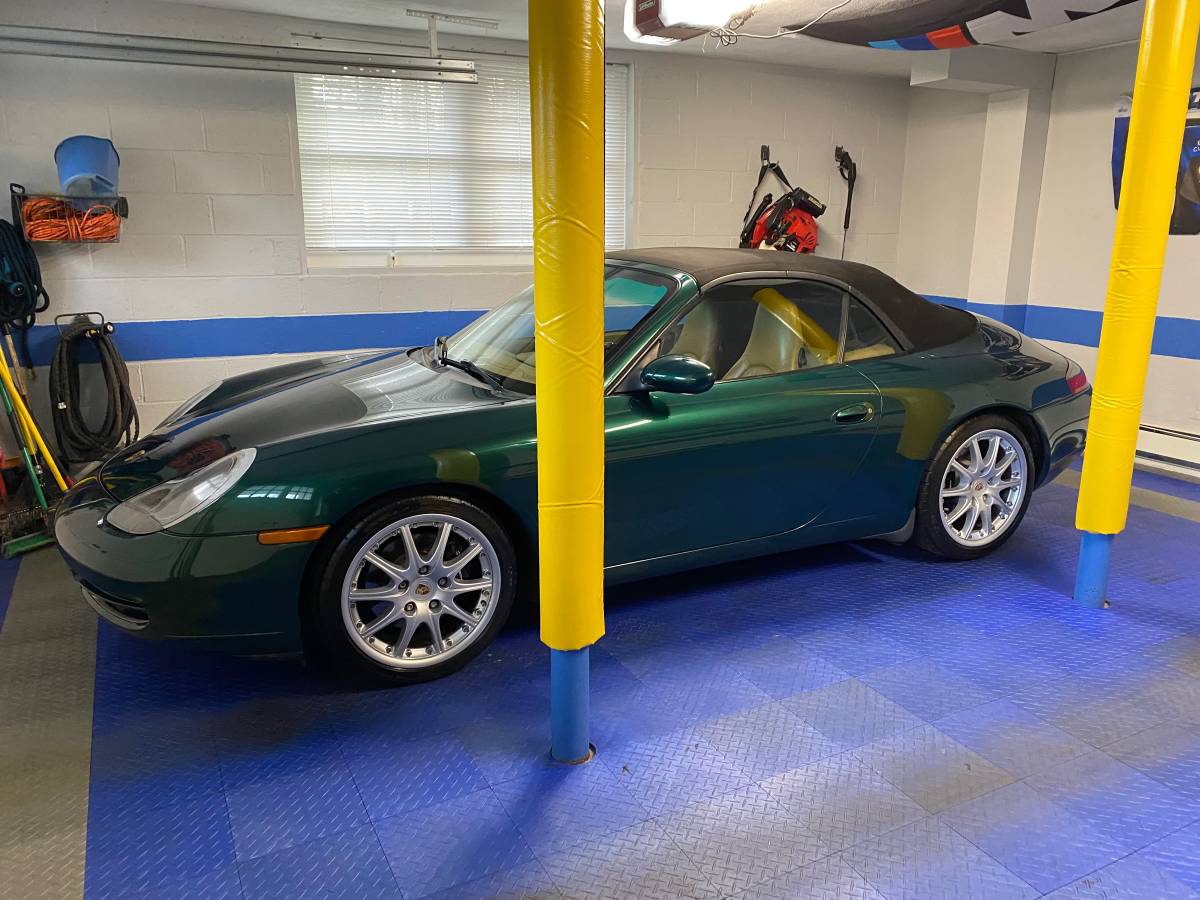 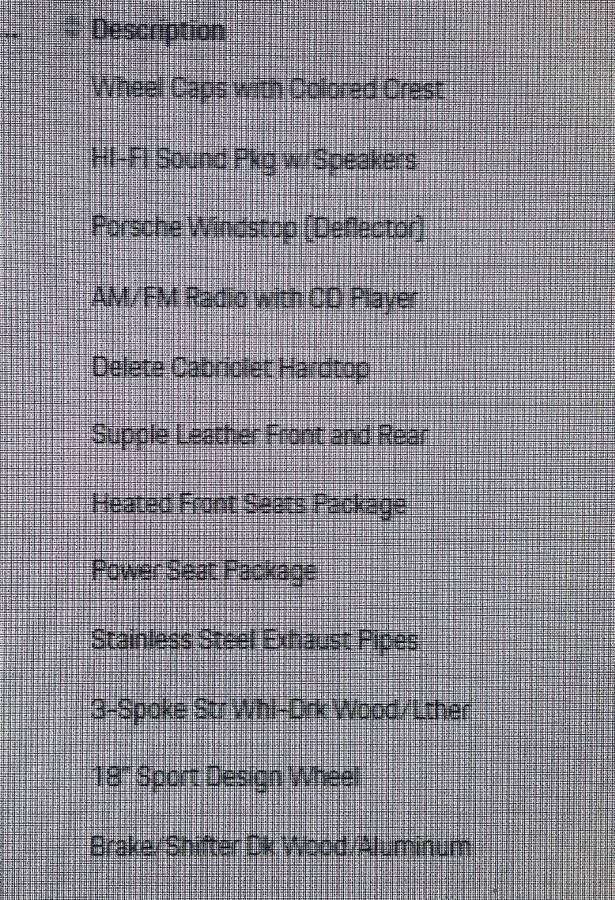 The first water-cooled Porsche 911, the 996 variant produced from 1999 through 2004, remains the entry-level 911 version, relatively speaking.  Much maligned for its “scrambled egg” headlight design, the dirty secret was the 996 was simply it was a better 911 than the antiquated-but-refined air-cooled 993 version that preceded.  Unfortunately, values for these cars remained very low for years due to the potential for Intermediate Shaft (“IMS”) bearing failures. However, this 2000 Porsche 911 Cabriolet six-speed originally listed in December 2021 on Craigslist in New Canaan, New York (New York City) eliminates that worry by featuring a recently rebuilt engine and new clutch.

A driver-quality car in a pretty color combination, the current caretaker has their 2000 Porsche 911 Cabriolet priced at $29,800.  Comparing that price against the Hagerty Insurance Online Valuation Tool confirms the private seller has their 996 Cab priced between this guide’s #3 “Good” estimate of $21,000 and its #2 “Excellent” appraisal of $32,000.

The Hagerty Insurance Online Valuation Tool also provides this great overview of the 996 911:

“The 996 generation of the Porsche 911, introduced for the 1999 model year, was the most radical change for Germany’s sports car since the model’s debut in 1963, mostly for one simple reason. Generations of 356 and 911 owners had associated Porsche with air-cooled engines, but with the 996, Porsche’s signature model would from then-on be a water-cooled car. The engine itself was largely the same unit as in the Porsche 986 Boxster, but with a 10.5 mm larger bore and 6 mm longer stroke for a total of 3,387 cc as well as larger valves. It was smaller than the 3.6-liter unit of the 993, but with four valves per cylinder, VarioCam control, and numerous other advances, the 3.4 was both more powerful and more efficient than the engine it replaced.

Speaking of the Boxster, this new entry-level Porsche was designed concurrently with the Porsche 996, and the two cars shared many components both inside and out. In fact, they look nearly identical from the A-pillar forward. In part because the Boxster came out a year earlier, the 996 drew plenty of criticism for looking too similar to the cheaper entry-level Porsche. The “fried egg” headlights of the 996 and Boxster didn’t win too many fans among the critics, either, and the softer lines that were purposely penned to look more relaxed than the 993 led many to bemoan the loss of the muscular bulges and haunches of previous 911s.

As for driving the 996, many critics expressed some degree of disappointment as well. Some element of the 911’s essential character had been lost for the sake of refinement, but few could deny that it was objectively a better car in just about every measure. A Road & Track test of an early car concluded that “the new Porsche is a significantly faster and, yes, a better car. Perhaps we shouldn’t think of the 996 as a better or worse 911, but rather as a different one retuned by smart engineers for modern expectations. Times change; something gained for something lost.”

The 996 was also the first truly mass-produced 911. Every step of the production process was fairly cutting edge. Inside, occupants sat lower than they had in the 993 and had more headroom as well as more luggage space, despite retaining the same height and similar dimensions.

In 2000, the Porsche 996 Turbo was introduced. Similar in concept to 911 Turbos of the past, it had a 3.6-liter twin-turbo flat-six that made 415 hp and 415 lb-ft of torque driving all four wheels. The engine architecture on the Turbo was distinct from the normal 996 Carrera, and could be visually distinguished from the normal car by its wider stance, more aggressive styling and different wheels.”

The regular production 996 lasted until 2004, although the Turbo, Turbo S and GT3 lasted until 2005. It was replaced by the mechanically similar but visually distinct 997. The 996 was a big change for Porsche. It used fewer parts, required less time to build and was more profitable than the 993, but was also noticeably quicker. Despite this, it is possibly the least coveted 911 of them all. The loss of air-cooled engines is only one part. The styling was not to everyone’s taste, there were numerous complaints of the interior quality not being up to snuff for such an expensive car, and the JD Power & Associates survey dropped Porsche from seventh to 15th place in terms of quality after the introduction of the 996.

And then there’s the infamous intermediate shaft (IMS) bearing failure that tarnished the reputation of both the 996 and the Boxster. Bearings on the intermediate shaft that drives the camshafts indirectly off the crankshaft only failed in a very small percentage of cars, but the failure of the bearing meant catastrophic engine failure (requiring a rebuild) and Porsche did not handle the issue well from a PR perspective. By now, though, most owners will have performed preventative maintenance and most buyers are reasonable to expect the issue to have been addressed. Other than the dreaded (and somewhat hyped) IMS bearing issue, though, the 996 can be relatively easy to own and cheaper to maintain than the 993. Porsche also made over 175,000 996s, so there are plenty to choose from on the market at any given time.”

The Matt Watson YouTube Channel provides a great overview of why the 996 version of the Porsche 911 should not be overlooked as a bargain sports car:

With the fully corrected paint and refinished wheels supporting the rebuilt power train, all the next caretaker need to do is consider having the interior professionally detailed and perhaps consider a replacement cloth top.  Our main question for the seller would be the status of the removable hardtop as all 911 cabriolets of this vintage also came equipped with that when new.

“For sale 2000 Porsche 911 Carrera convertible, Green with beige interior, manual, only 87,586 miles. It just recently had a new motor (have receipts)with only 3,000 miles as well as a new clutch. The paint is all original and has been corrected and ceramic coated and the rims have been refinished. The car is stunning to see in person.“

Show or go: what would you do with this 2000 Porsche 911 Cabriolet?  Comment below and let us know!