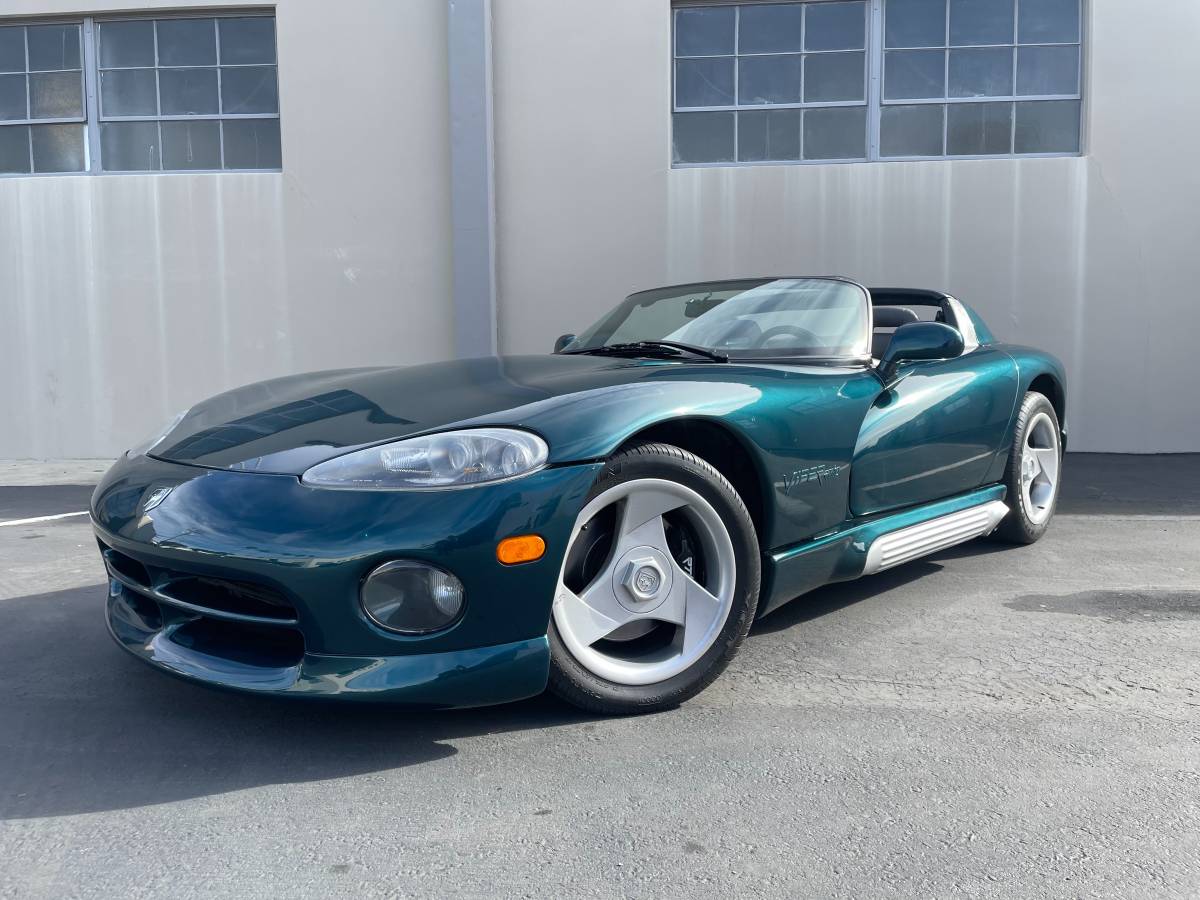 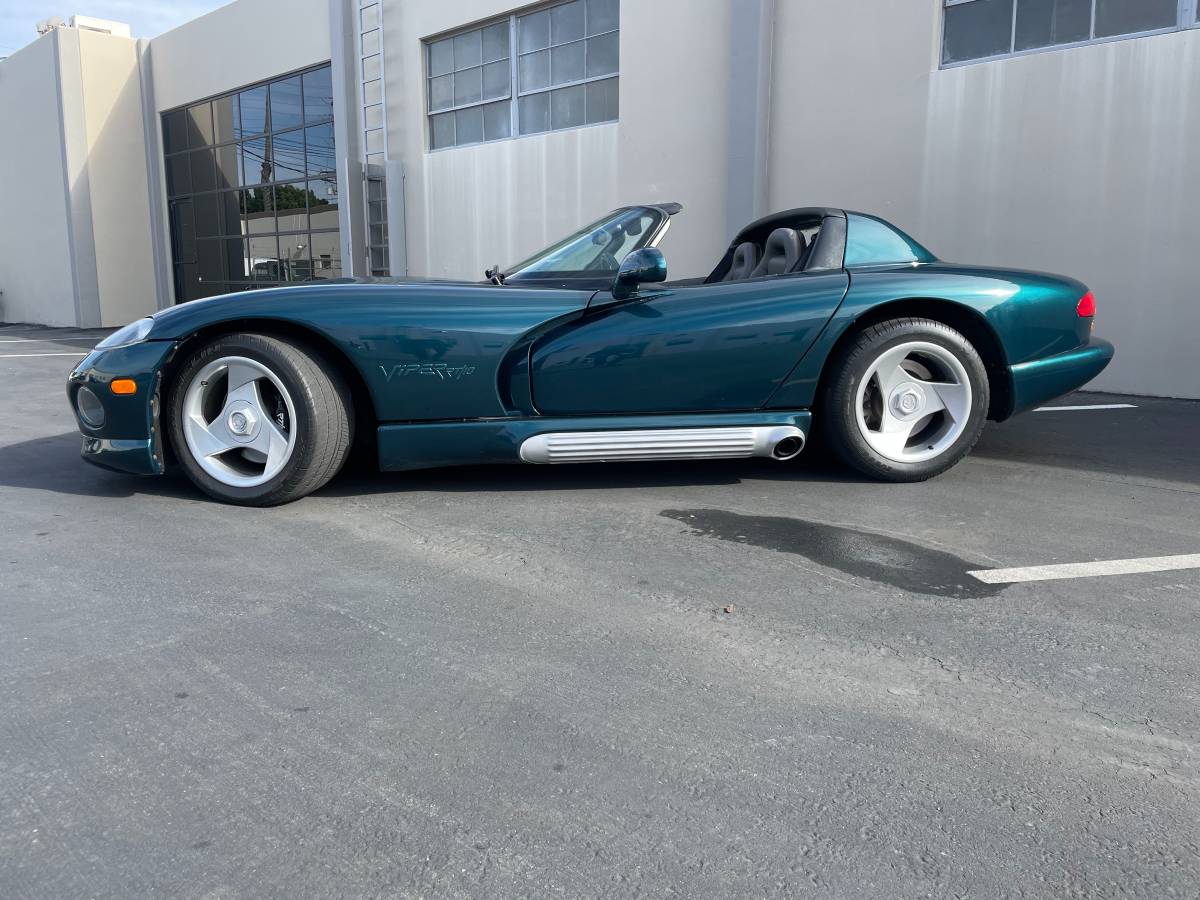 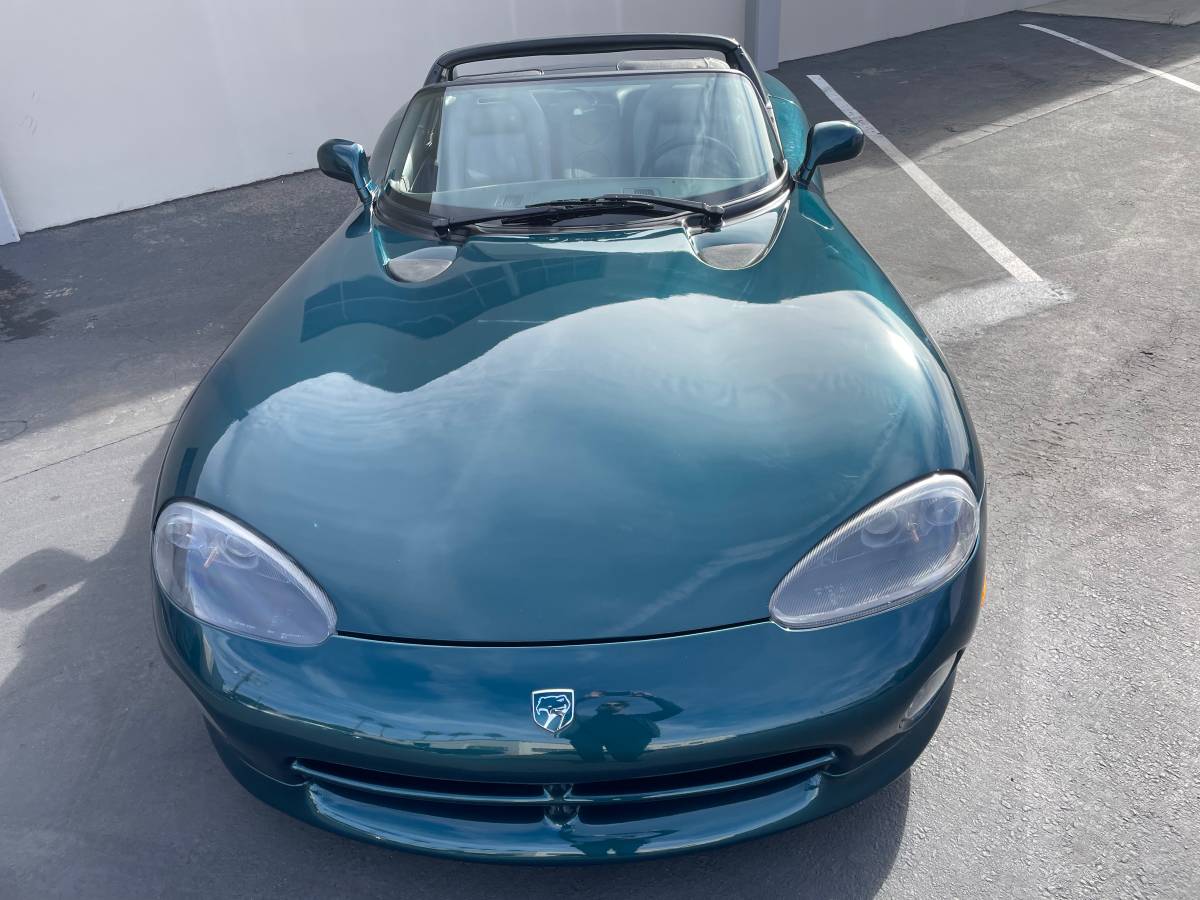 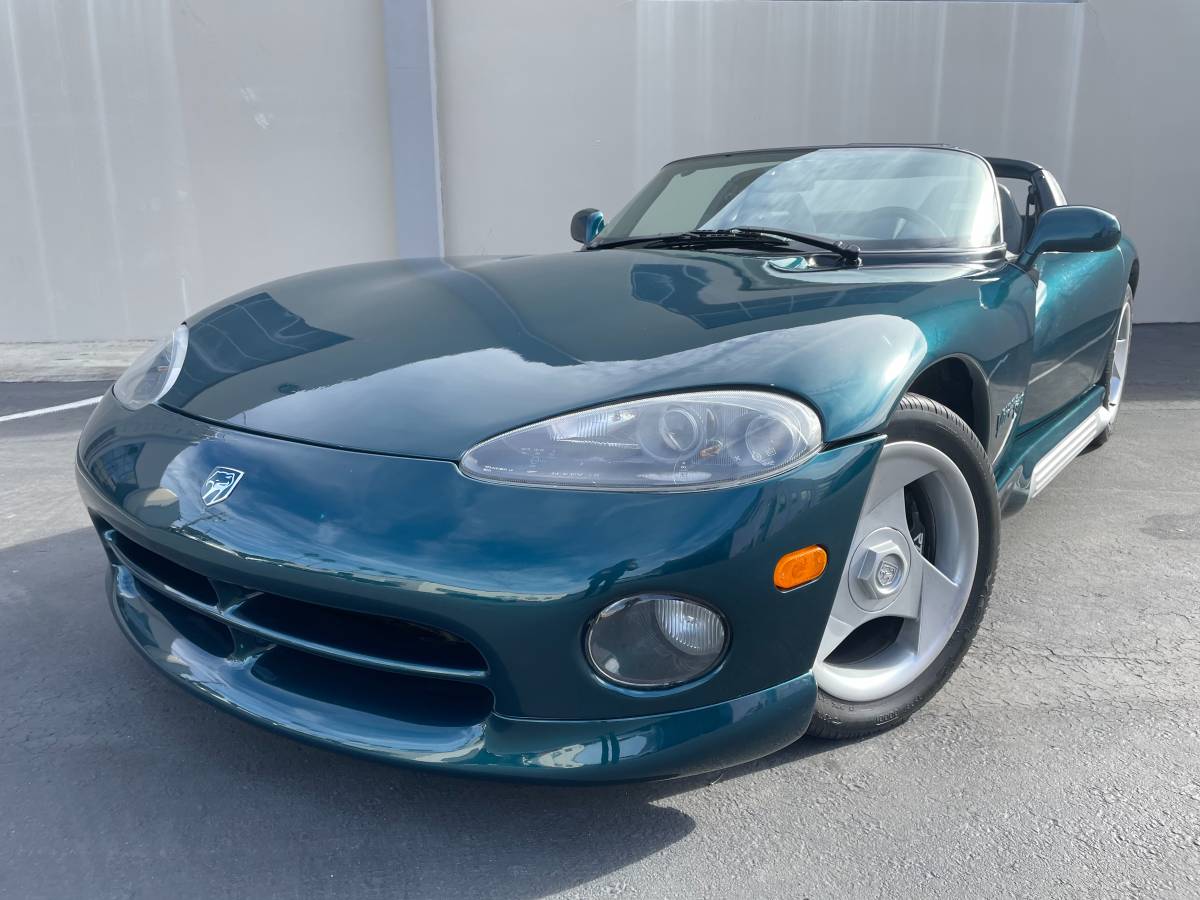 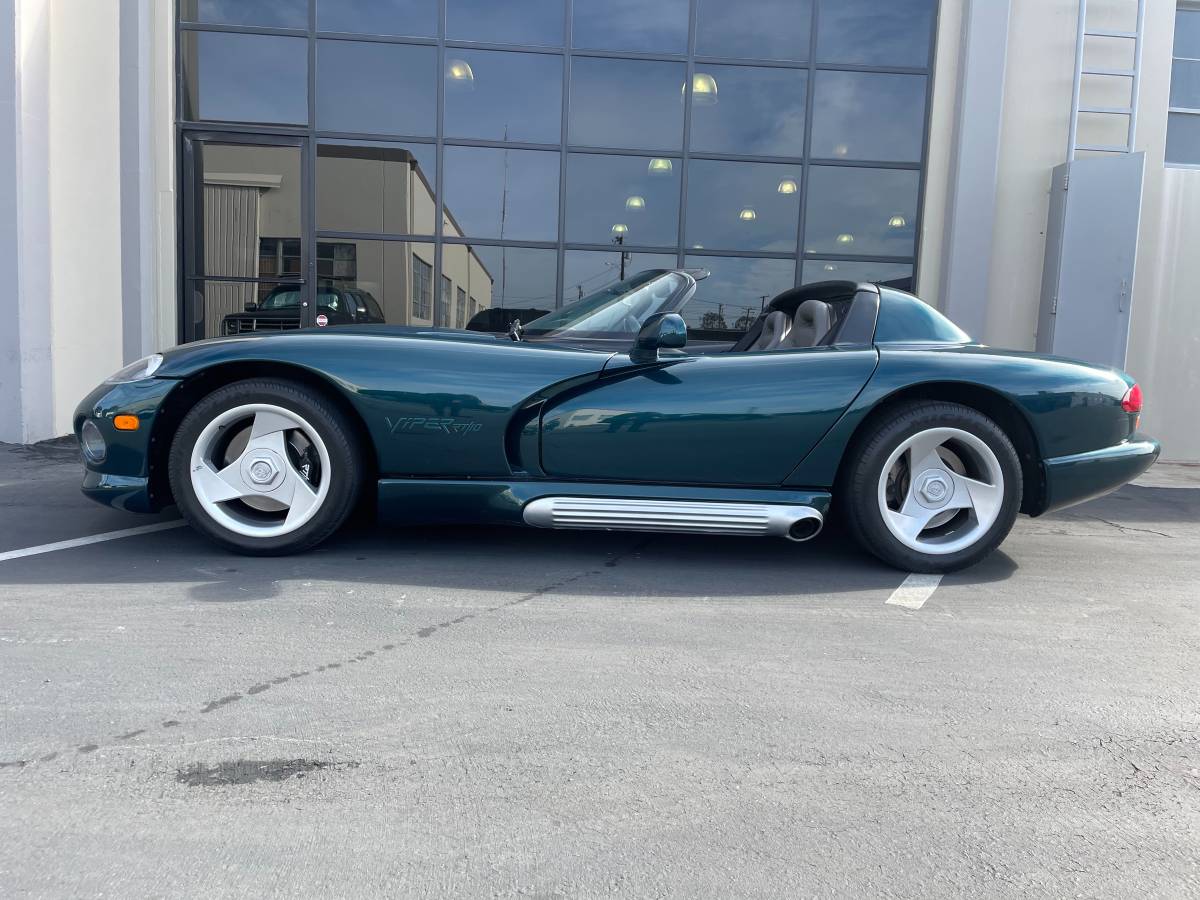 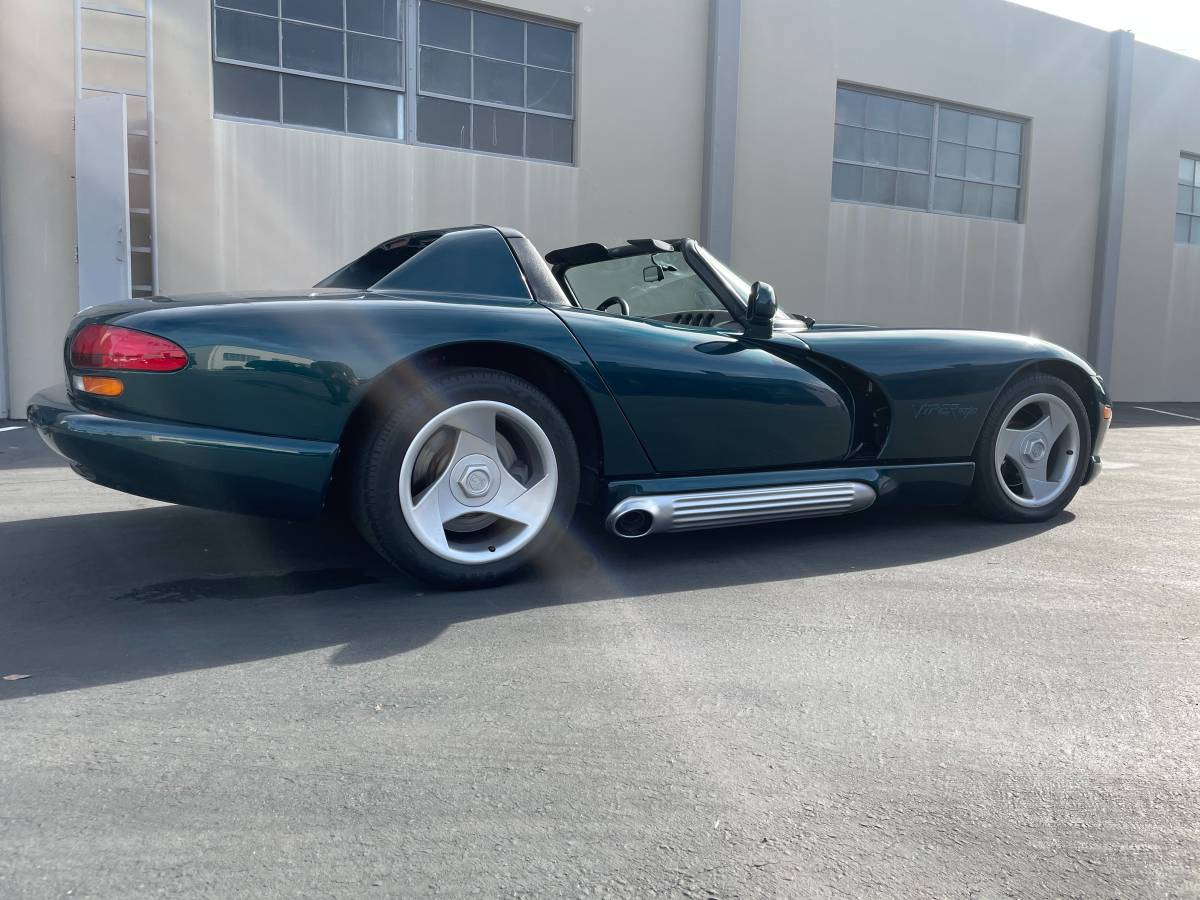 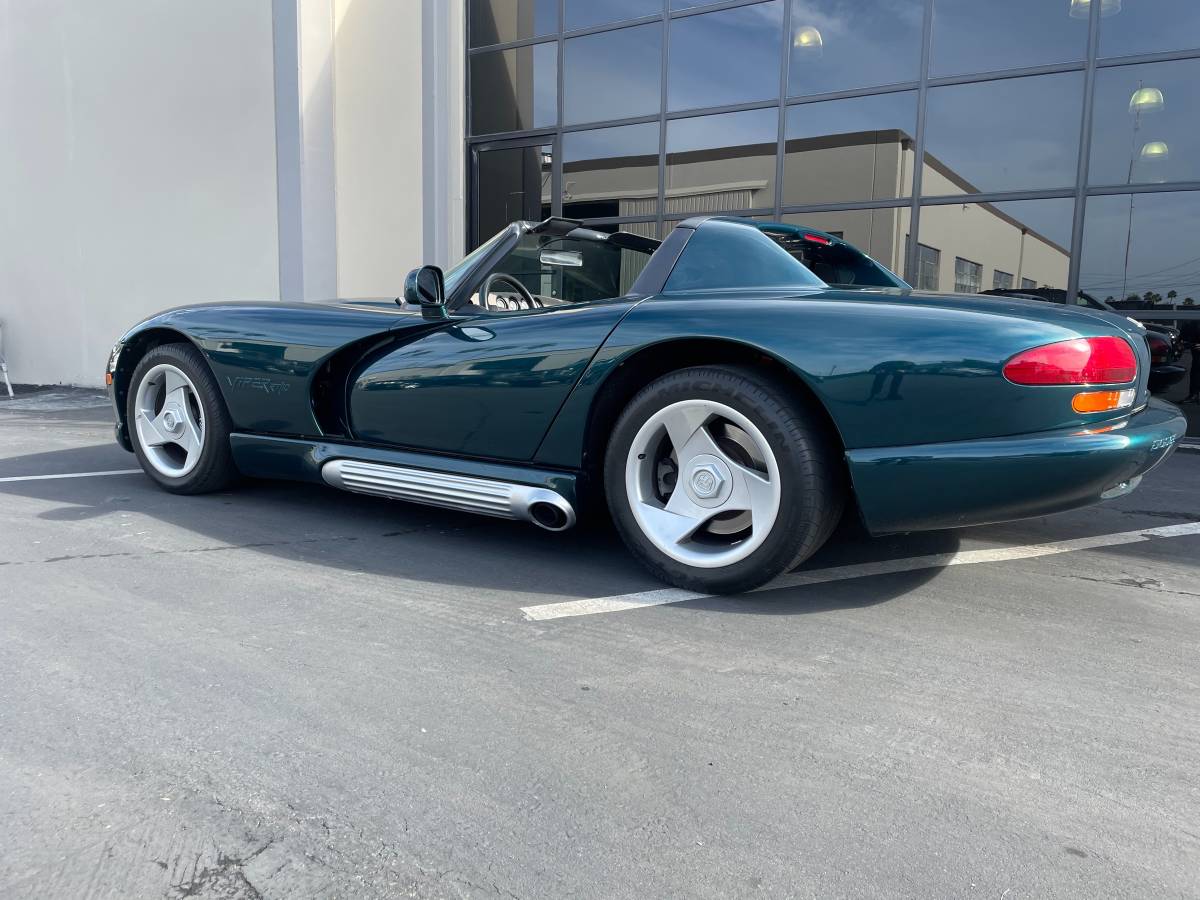 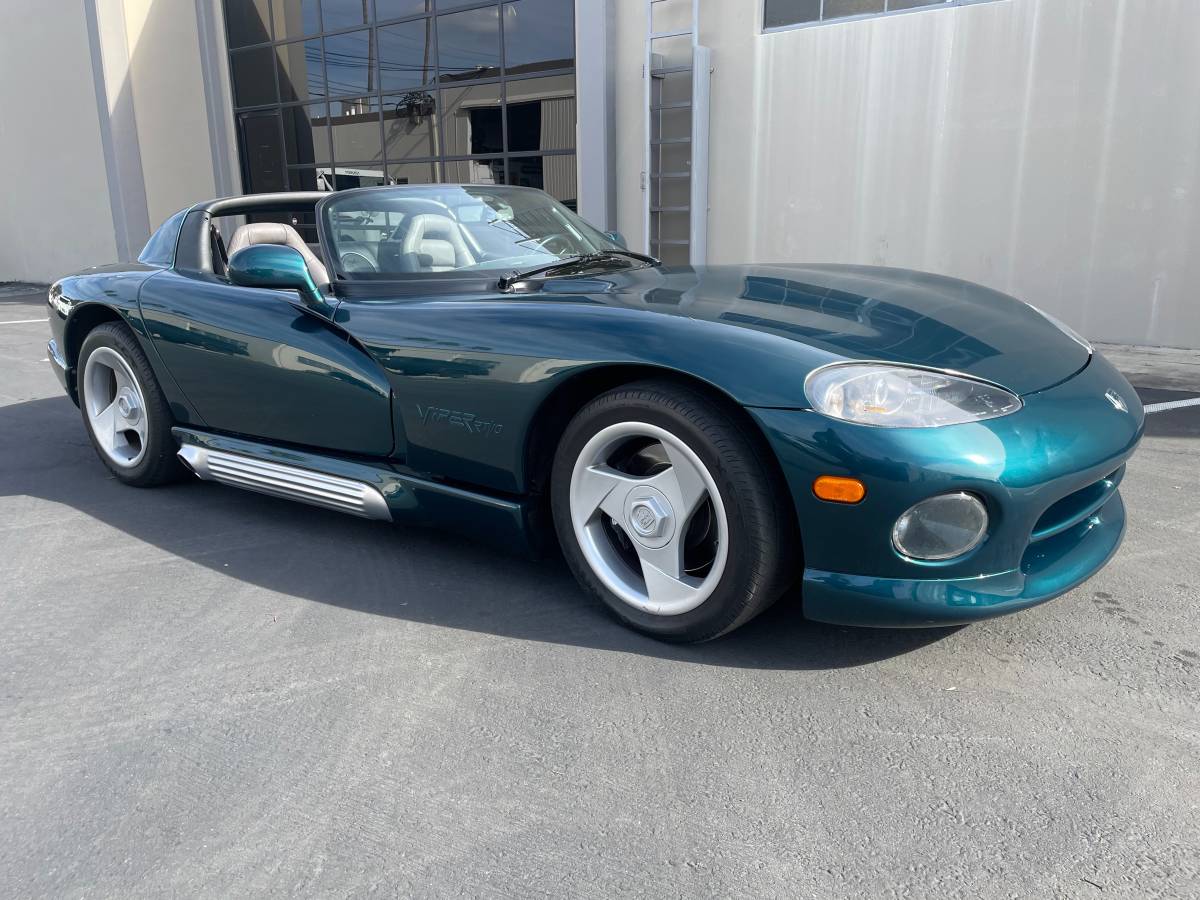 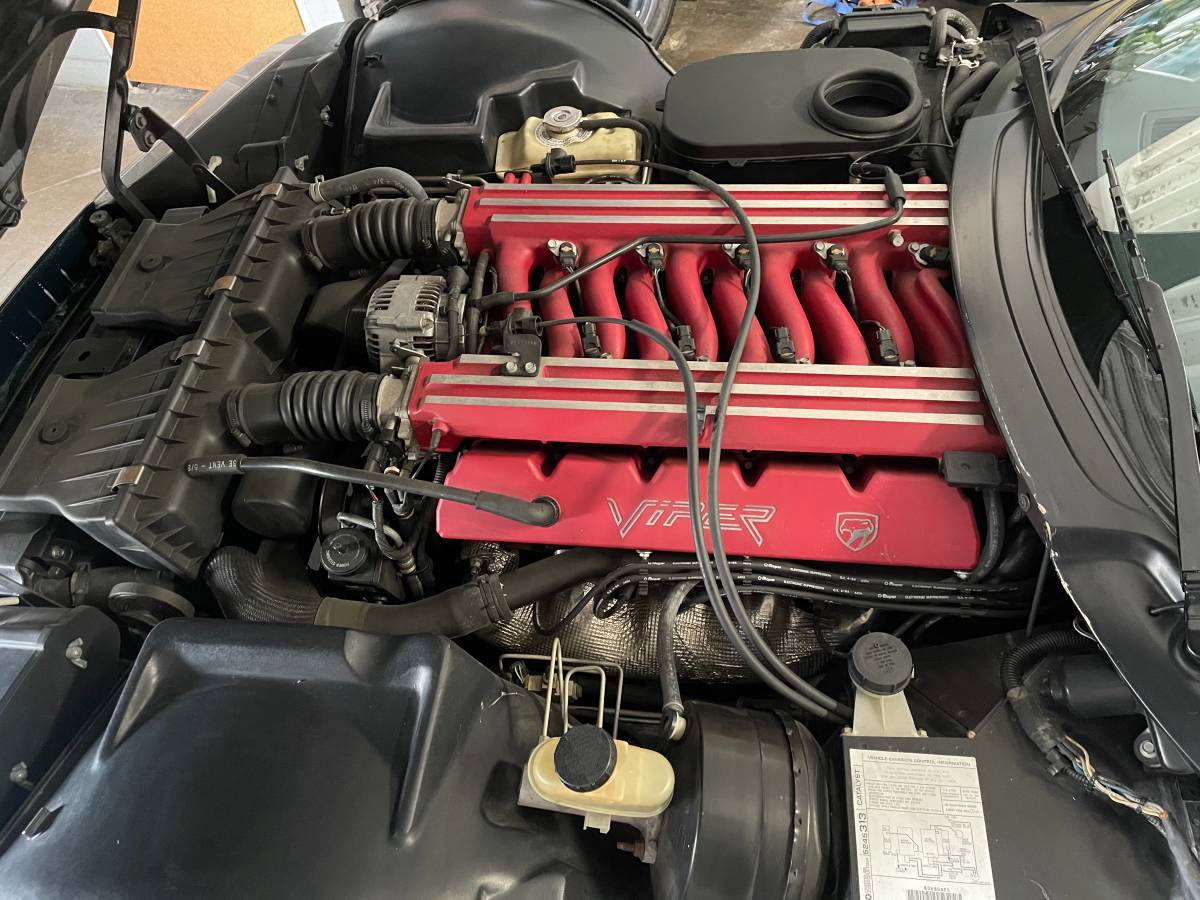 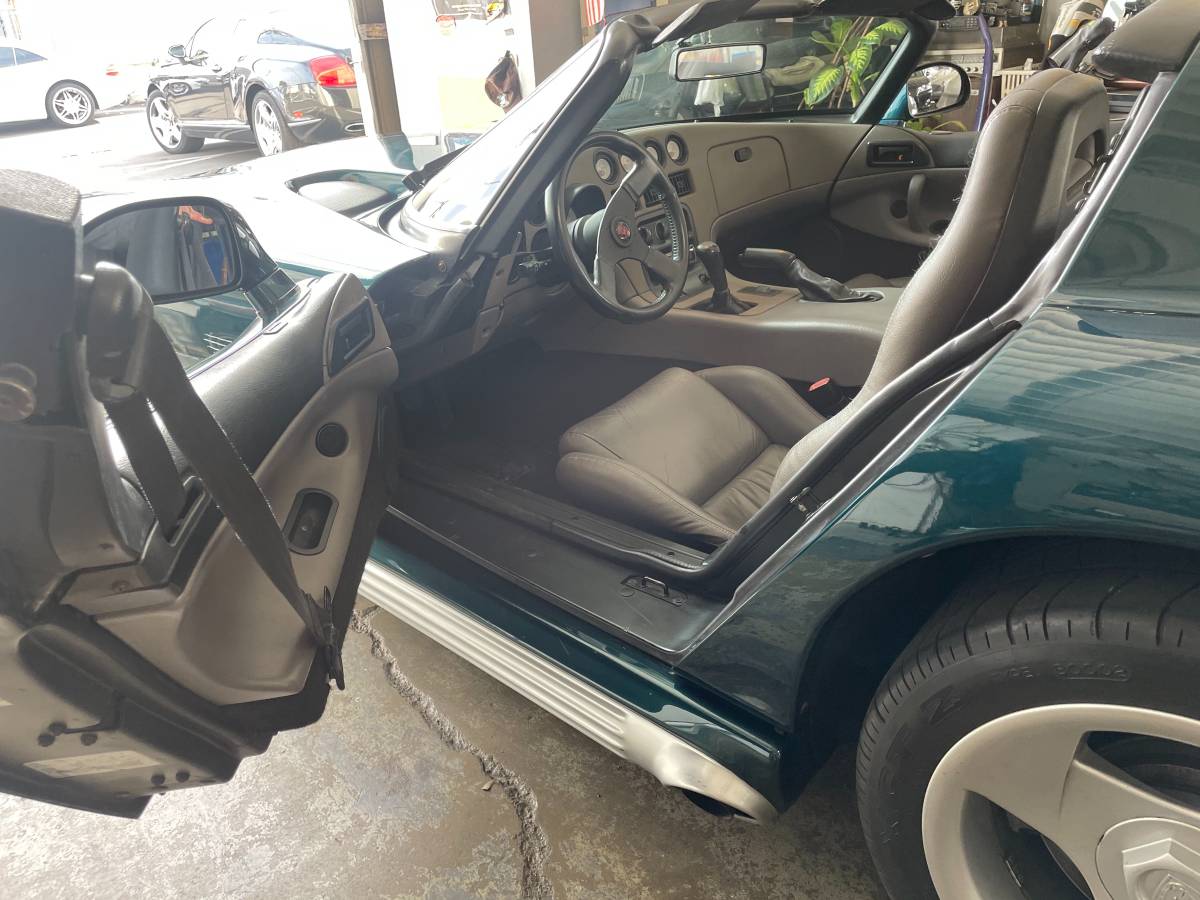 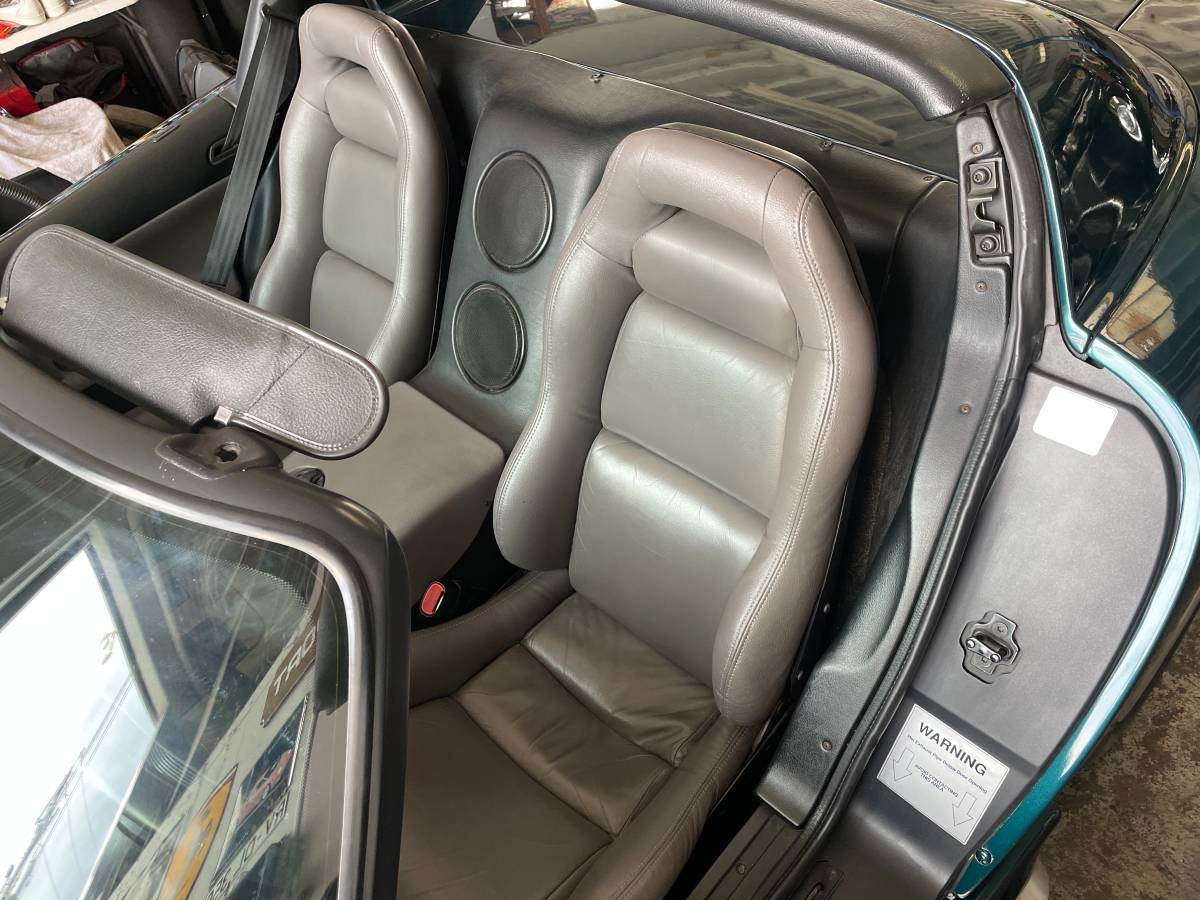 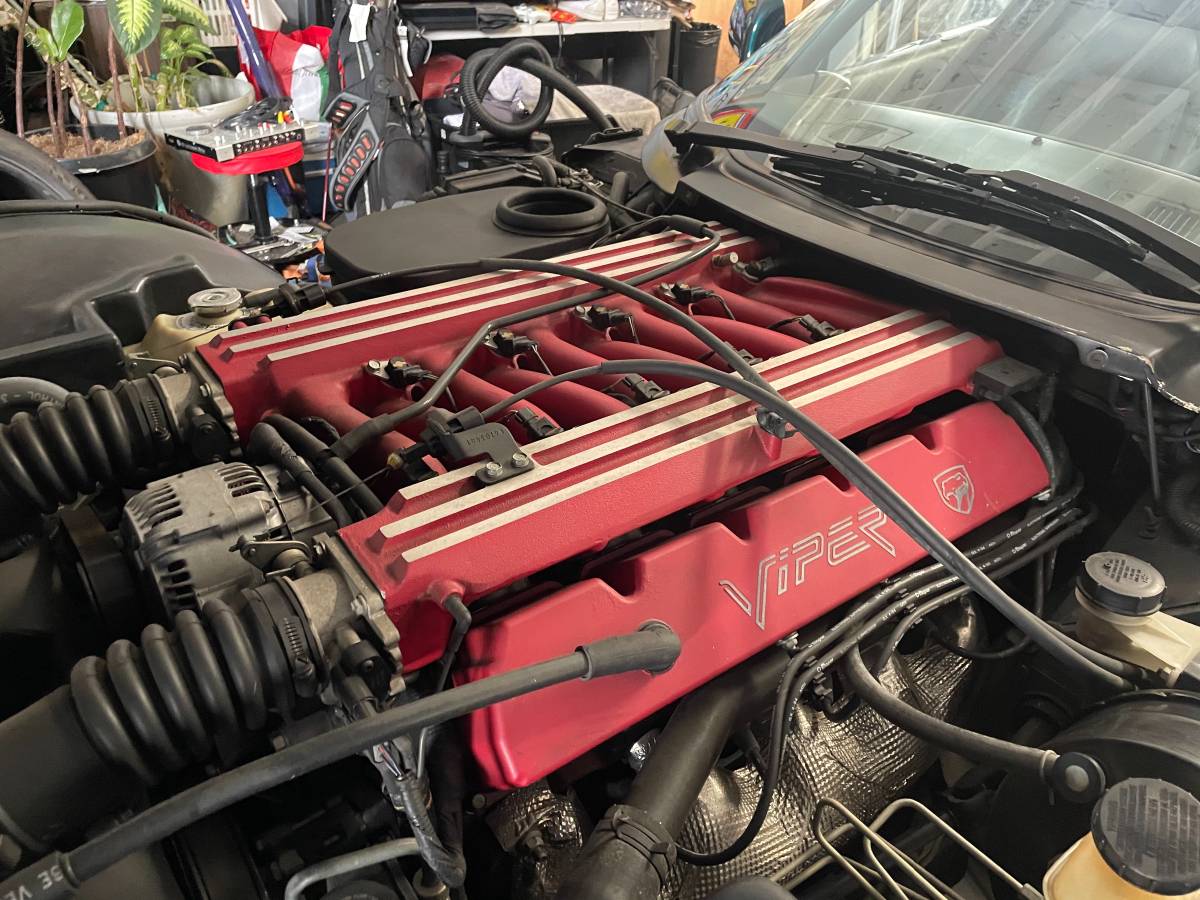 January 21, 2022 Update – We just confirmed the listing for this “Classifind” expired, so with no replacement found we’re assuming this ride “Sold?” While this one got away, please reach out either by email or call us directly if you’d like to be informed when we come across something similar.

No exterior door handles, roll-up windows, air conditioning, airbags, or anti-lock brakes.  Side exhaust pipes that can easily burn you and your passenger’s legs.  These adjectives describe some sports cars from the 1950s, not a new Dodge from the early 1990s.  The original Viper is one of the last hairy analog cars for these reasons.  We came across this Emerald Green Metallic 1995 Dodge Viper RT/10 originally listed on Craigslist in December 2021 in Newport Beach, California. Reported to be a one-owner, well-maintained example, the current caretaker reports their Viper has only 25,000 miles.

Prices for first-generation Vipers like this car have been on the rise in the past year, so we are not surprised to see the private seller ask $49,750 for his Viper.  Using the Hagerty Insurance Online Valuation Tool as a guide, the seller has his 1995 Dodge Viper RT/10 priced between this guide’s #3 “Good” estimate of $35,300 and its #2 “Excellent” appraisal of $56,800.

In the late 1980s, Chrysler was on roll after successfully recovering from near bankruptcy at the beginning of the decade.  Adding to that newfound success, Chrysler’s Product Manager Bob Lutz commissioned a show car that would be a modern interpretation of the Cobra.  Lutz intended the original Viper to be a performance sports car.  The V10 Powered Viper Concept first appeared at the January 1989 North American Auto Show.  Dodge received such overwhelming positive responses (including reports of customers trying to place deposits at the local dealerships) the company formed “Team Viper” with just 85 engineers in March 1989. This team had its first pre-production prototype ready for testing by February the following year. Another pre-production car paced the 1991 Indy 500 before the Viper RT/10 entered production in January 1992.

Chrysler owned Lamborghini by that point and they were tasked with designing the aluminum-alloy 8.0 Liter (466 cu in) V10 engine based on Mopar’s existing LA V8 engine architecture.  The new engine produced 466 horsepower at 4,600 RPM and 465 pound-feet of torque at 3,600 rpm.  Other than color choice changes, the big news for 1995 was the fact Chrysler made a true factory (single-piece removable) hardtop available.

In this episode of Jay Leno’s Garage posted on YouTube, Jay takes you through what it’s like to drive one of these no-frills, back-to-basics, sports cars:

The private seller does not provide much of a description other than the car is a “one owner” that has been well maintained.  Another nice feature he does not elaborate on nor shows is the fiberglass hardtop that provides a small amount of civility over the original soft cloth “Toupe Top” which we hope also comes with the car.  With just 25,000 original miles it’s no surprise the body looks straight and what is likely the original paint appears to be in excellent condition.

“1995 Dodge Viper RT, Targa top only 25,000 miles this beast is an absolute rocket ship powered by a V10 with a manual transmission. Vipers were truly before their time and now they have become quite collectible, this is a one-owner and has low miles it’s been well maintained and stored in my private collection.“