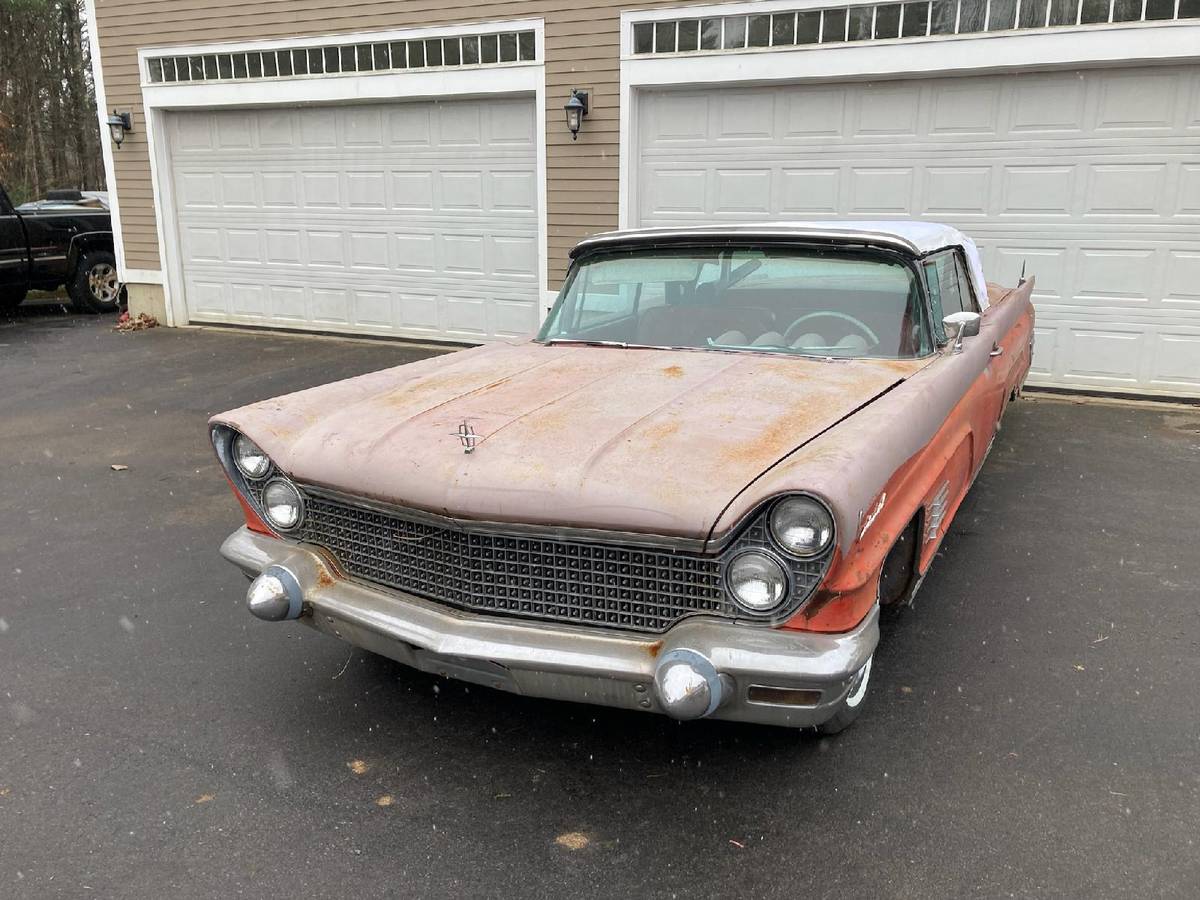 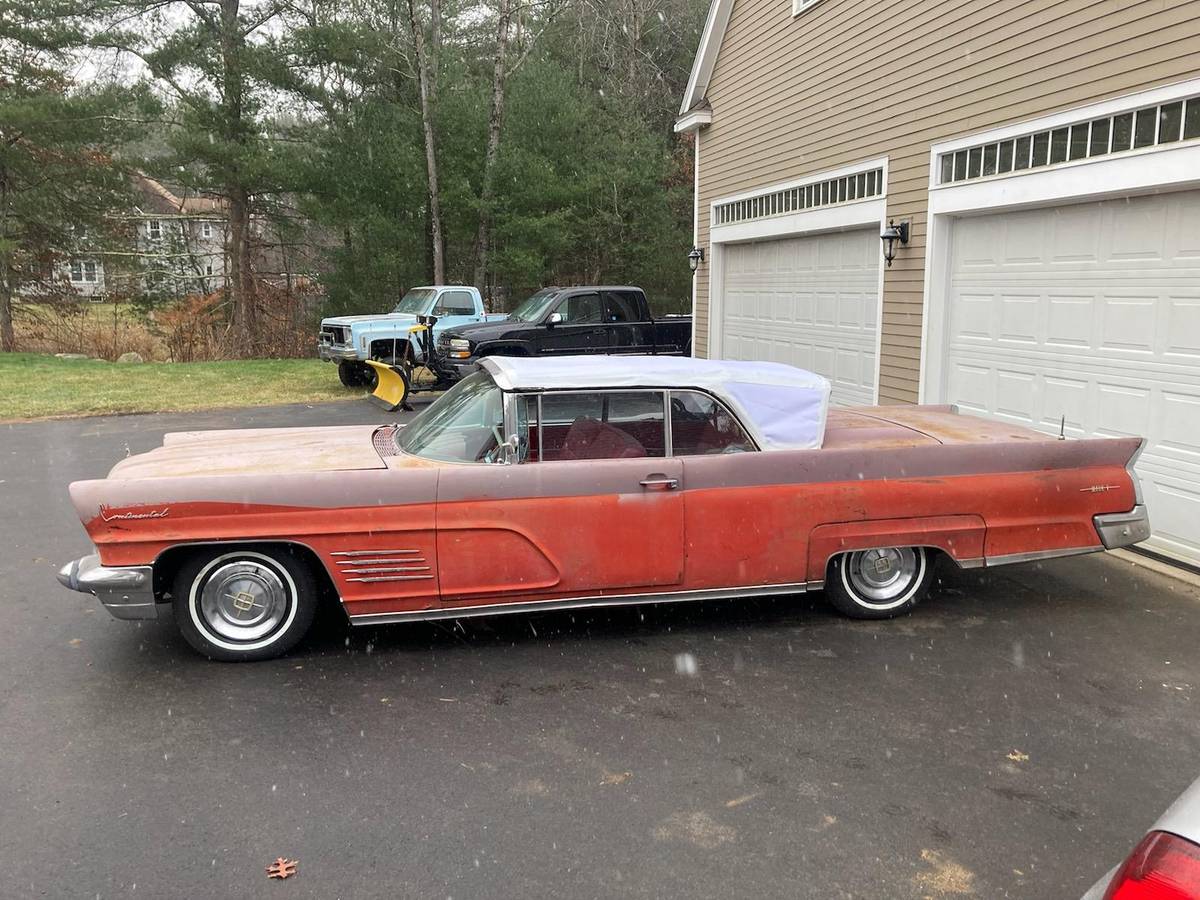 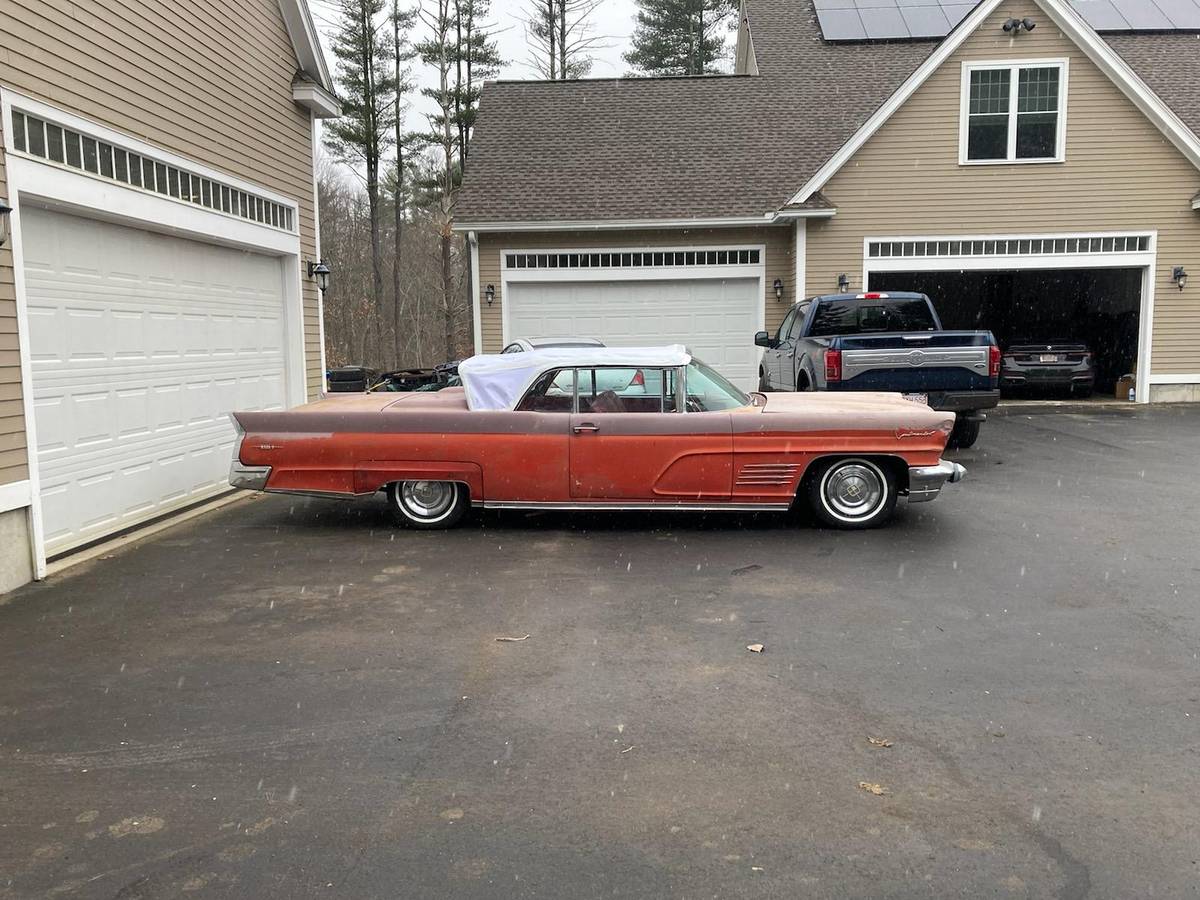 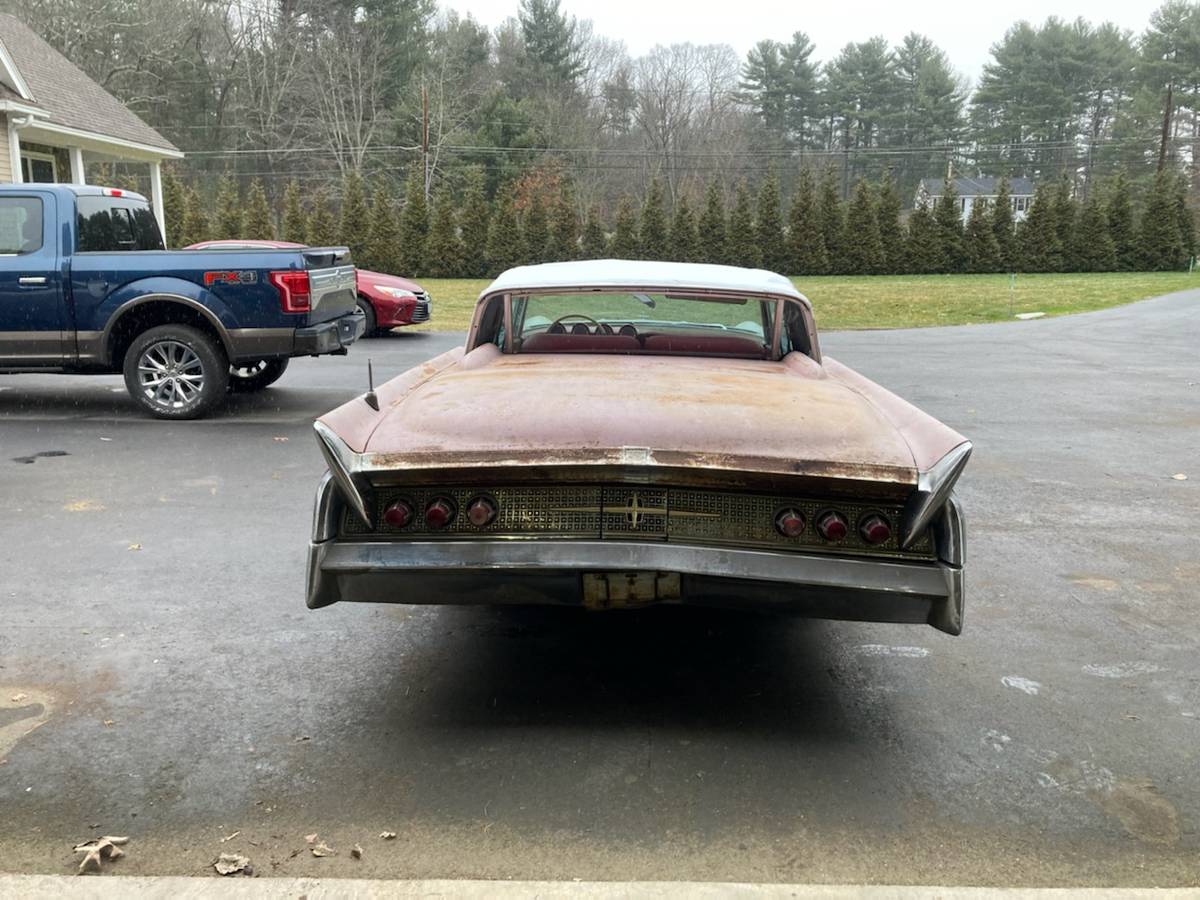 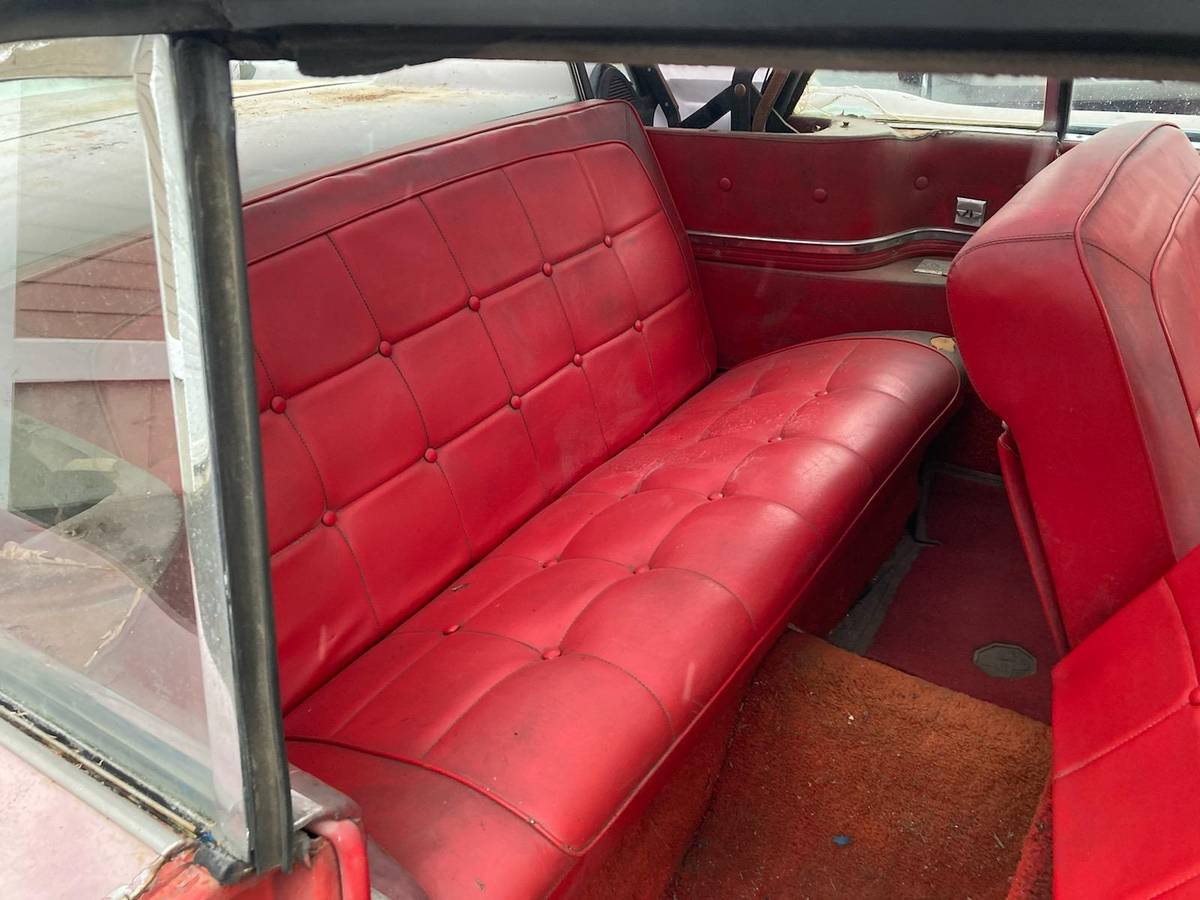 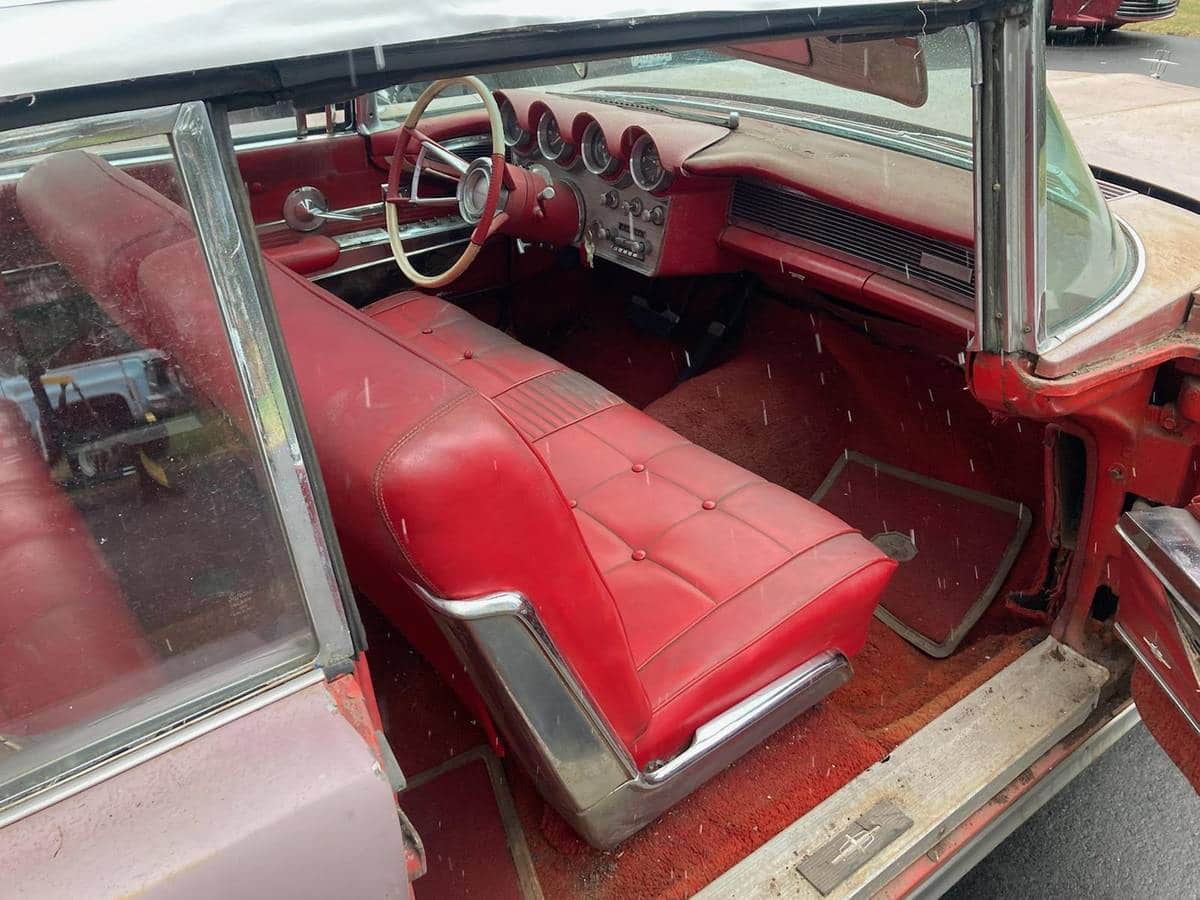 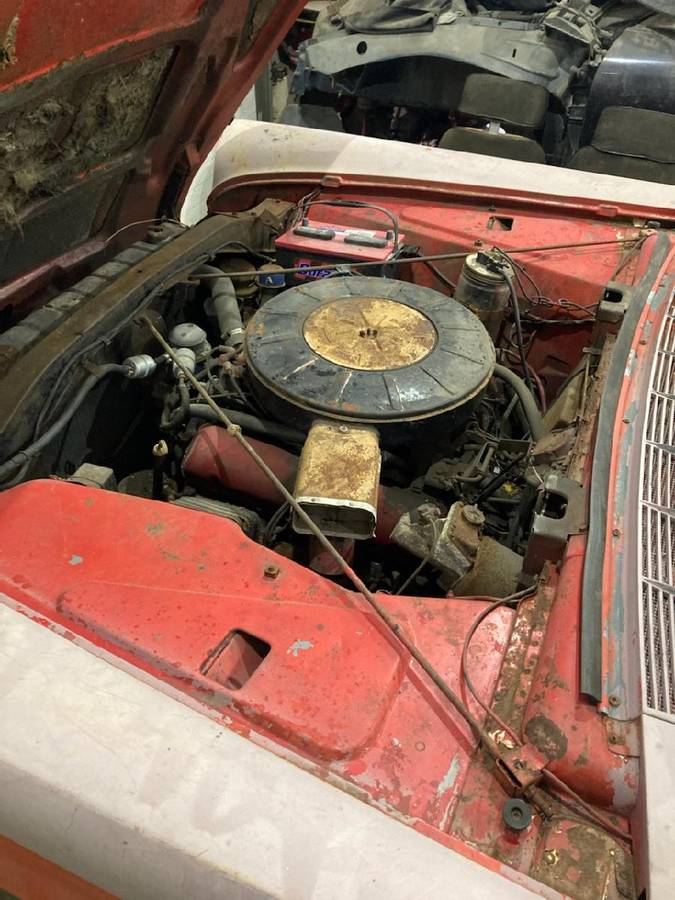 January 5, 2022 Update – We confirmed the seller of this “Classifind” deleted their listing, so we’re now able to call this one “SOLD!” While this one got away, please reach out either by email or call us directly if you’d like to be informed when we come across something similar.

When compared to their hardtop siblings, most convertible rooflines are not as attractive when their top is raised. The same cannot be said for the Lincoln Continental Mark Series produced for the 1958 through 1960 model years. Not only did Lincoln designers think outside the box when they developed the reverse-slant retractable “Breezeway” roofline, but the engineering team also developed a way for convertible models to also feature this style of window.  Sadly, the sheer size, complexity, unibody construction, and rarity of these late 1950s Lincolns scared off many potential restorations over the years. Our latest example is this non-running 1960 Lincoln Continental Mk V convertible project originally listed in December 2021 on Craigslist in Tyngsboro, Massachusetts (Boston) that appears to be a complete and structurally rust-free candidate to bring back to its former all-red glory.

Fun fact: Lincoln named its 1958, 1959, and 1960 Continentals “Mk III”, “Mk IV”, and “Mk V.” In a rare example of automotive Deja Vu, Lincoln Continentals of the 1970s were subsequently named “Mark III”, “Mark IV”, and “Mark V.” You can make this a great trivia question the next time you’re hanging out with your fellow car enthusiasts.

Currently offered as a non-running project for $5,500, comparing that price against the Hagerty Insurance Online Valuation Tool confirms the private seller has their 1960 Lincoln Continental Mk V priced well below this guide’s #4 “Fair” (Daily Driver) estimate of $17,900.  Similarly, the  Collector Car Market Review Online Tool reveals the seller’s ask is well below this guide’s #4 “Fair” estimate of $19,600.

These cars are so forgotten that they now must be so rare as to be highly collectible. When is the last time that you saw one? Mark III, IV, and V Continental convertibles are, in fact, Milestone cars. Interestingly enough, these cars weighed in at over 2 ½ tons and were considered massive, heavy, comfortable, ultra-luxury cars when new – but weigh no more than many large SUVs of the current day. Fuel economy, however, is an oxymoron with these cars due to their then all-new, massive, and heavy 430 cubic inch V8 engine initially producing as much as 400 hp, with three two-barrel carburetors (which were a 1958 factory option). By 1960, the car had been detuned to 315 hp with a single two-barrel carburetor in the interest of improving the MPG’s from about 9 to about 12. Even the wealthy were complaining about 9 miles per gallon given the high prices of premium leaded gas at some 30 cents per gallon!”

The key to restoring one of these late fifties Lincolns is finding one with a structurally sound body combined with all of the virtually unobtainium trim pieces still in place.  This 1960 Lincoln Continental Mk V convertible appears to check both of those boxes, especially at a price point that could at least have the person brave enough to tackle the car’s restoration break-even if they tackle most of the work themselves.

Restore or Restomod: what would you do with this 1960 Lincoln Continental Mk V convertible project?  Comment below and let us know!