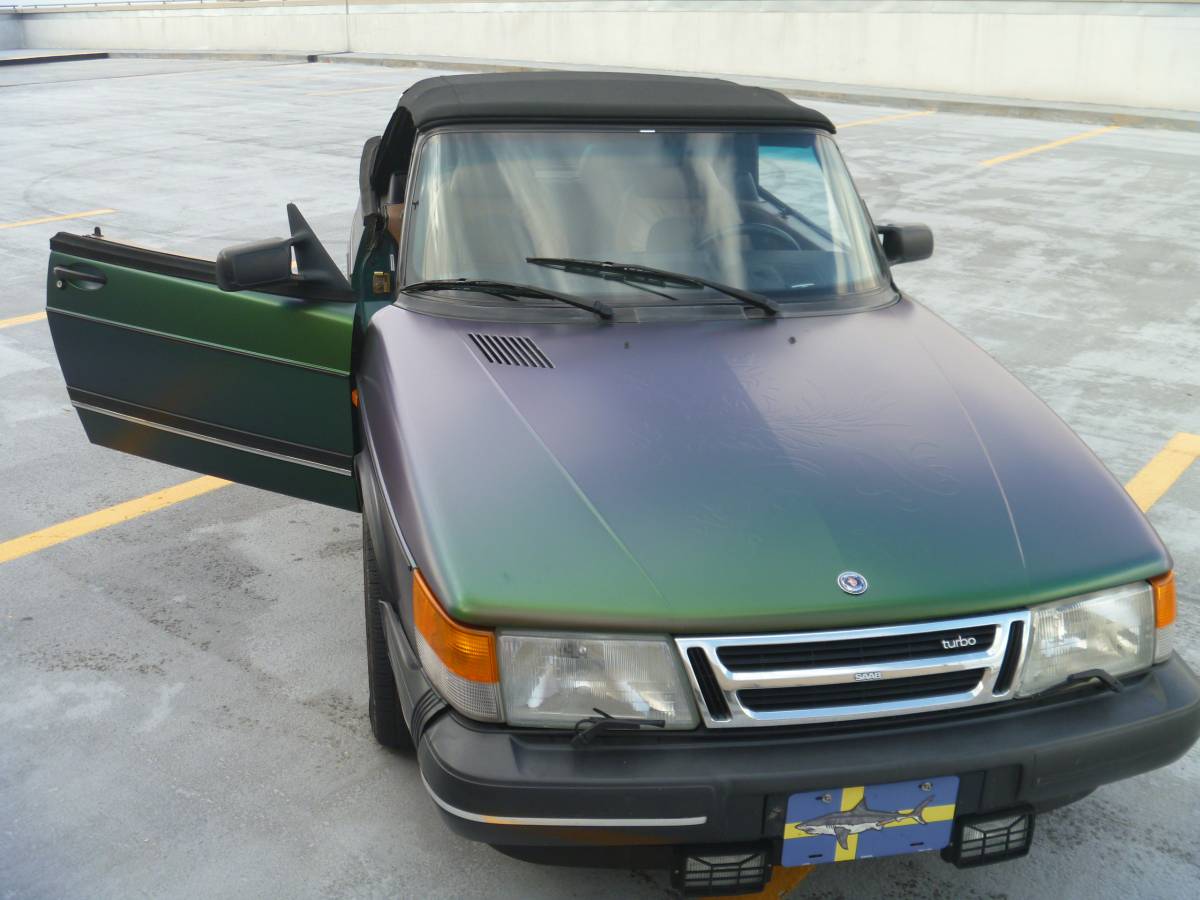 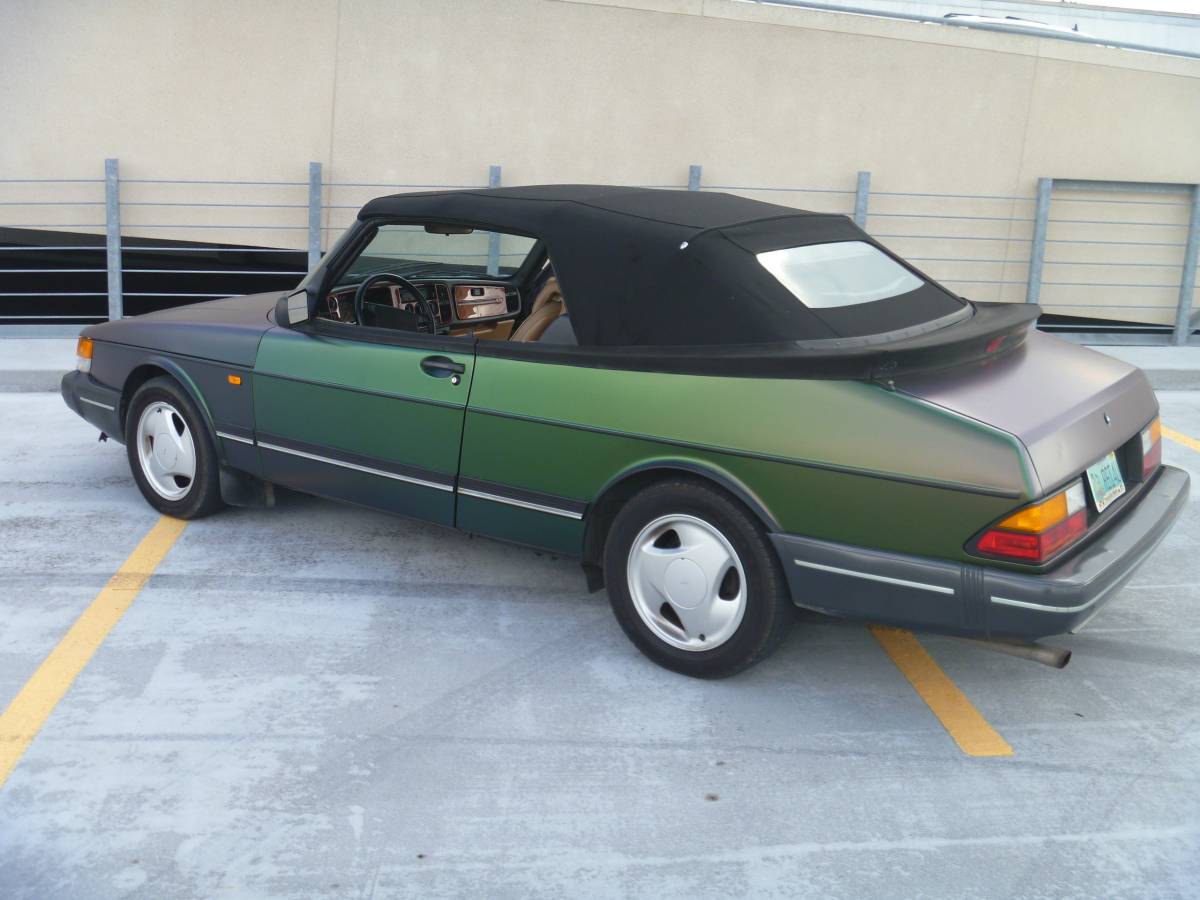 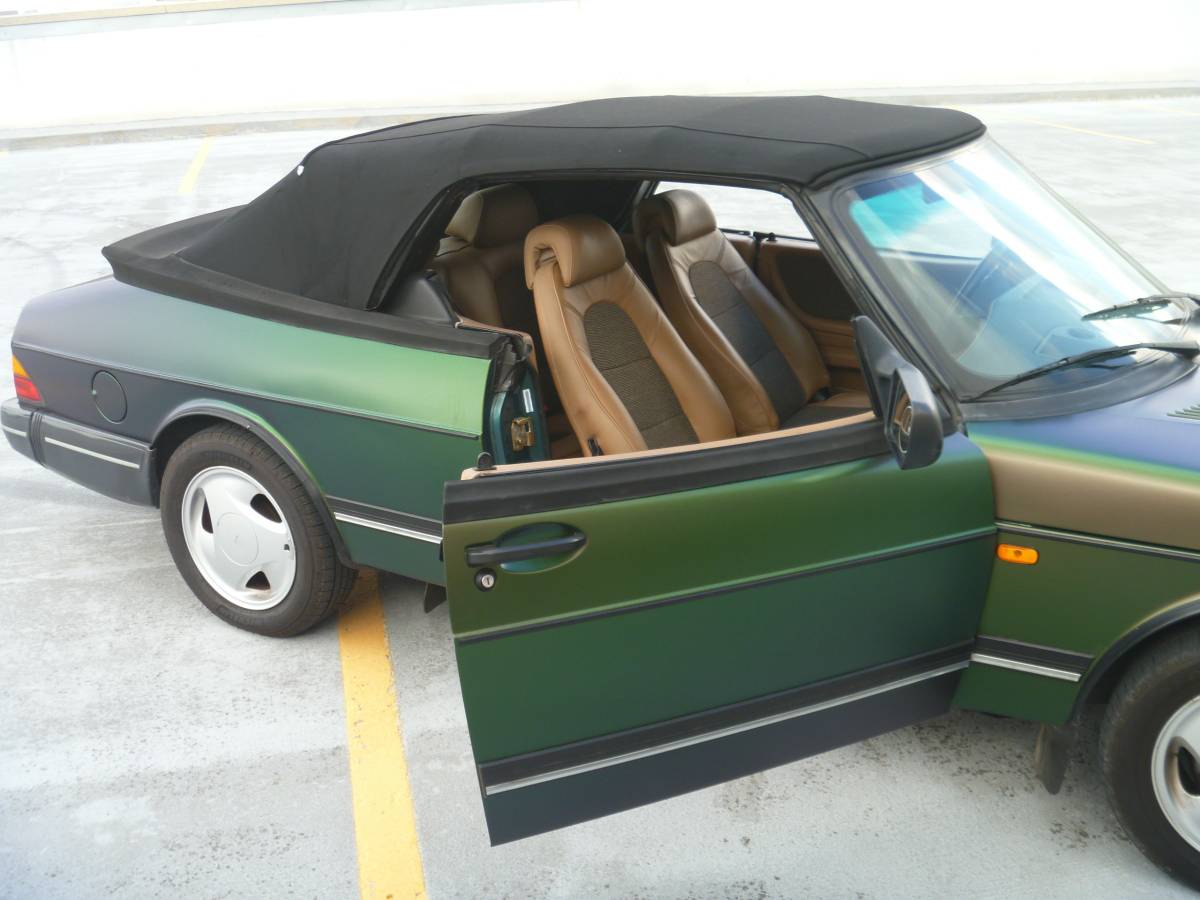 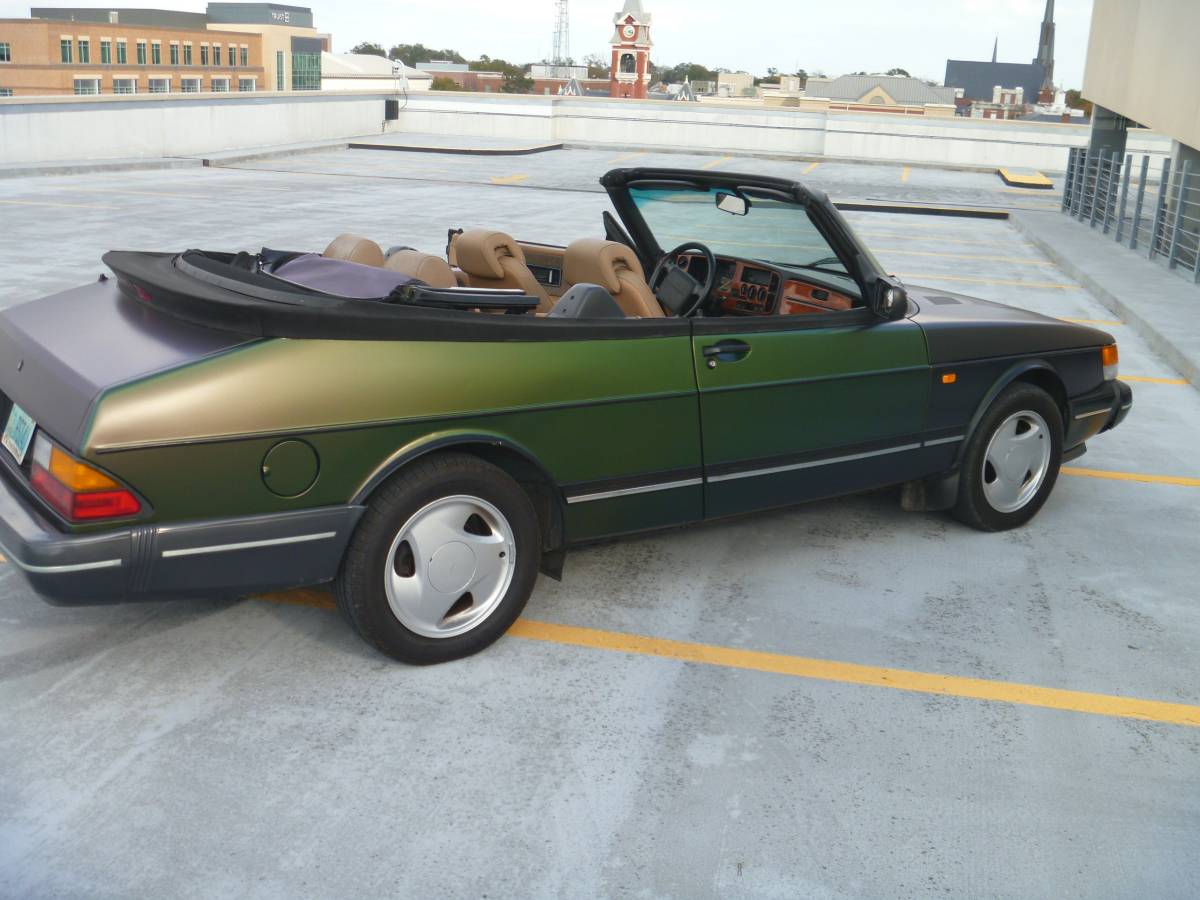 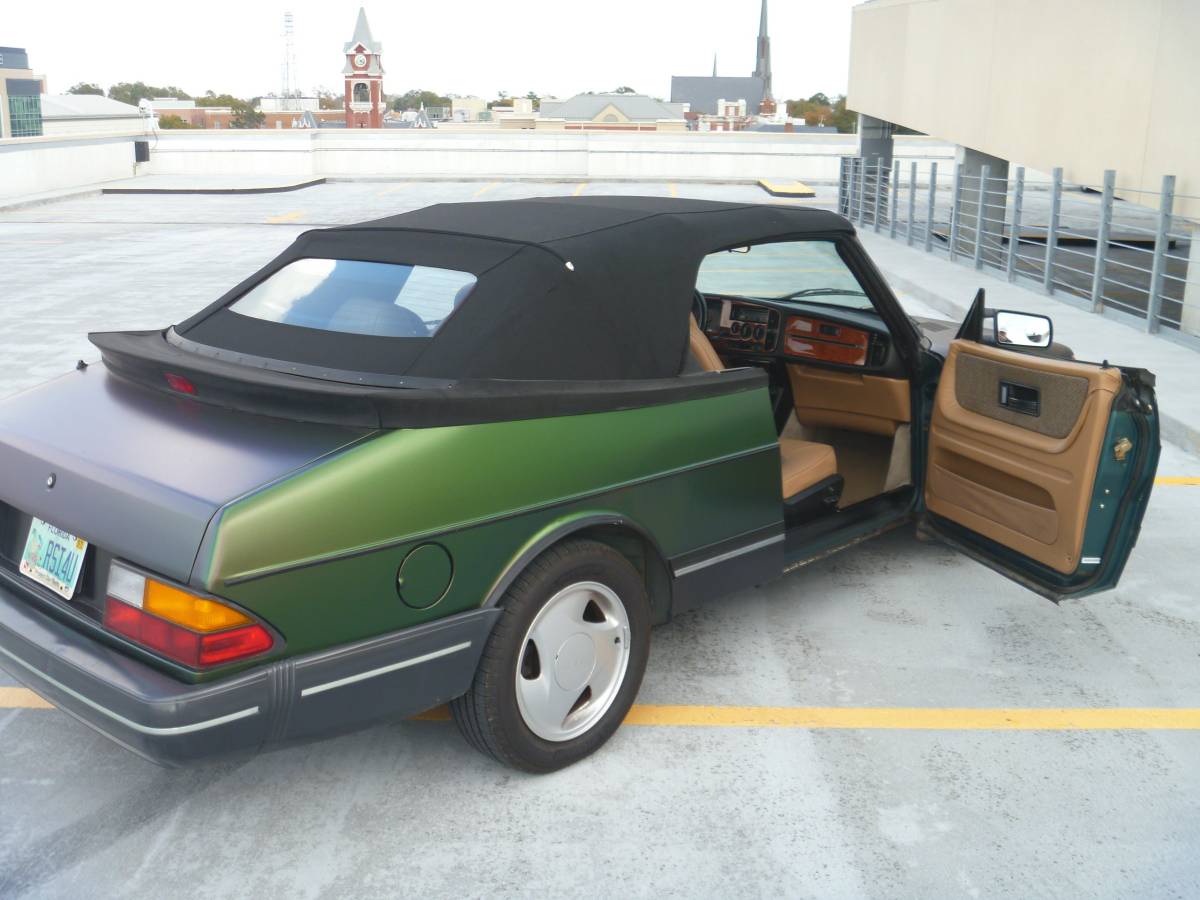 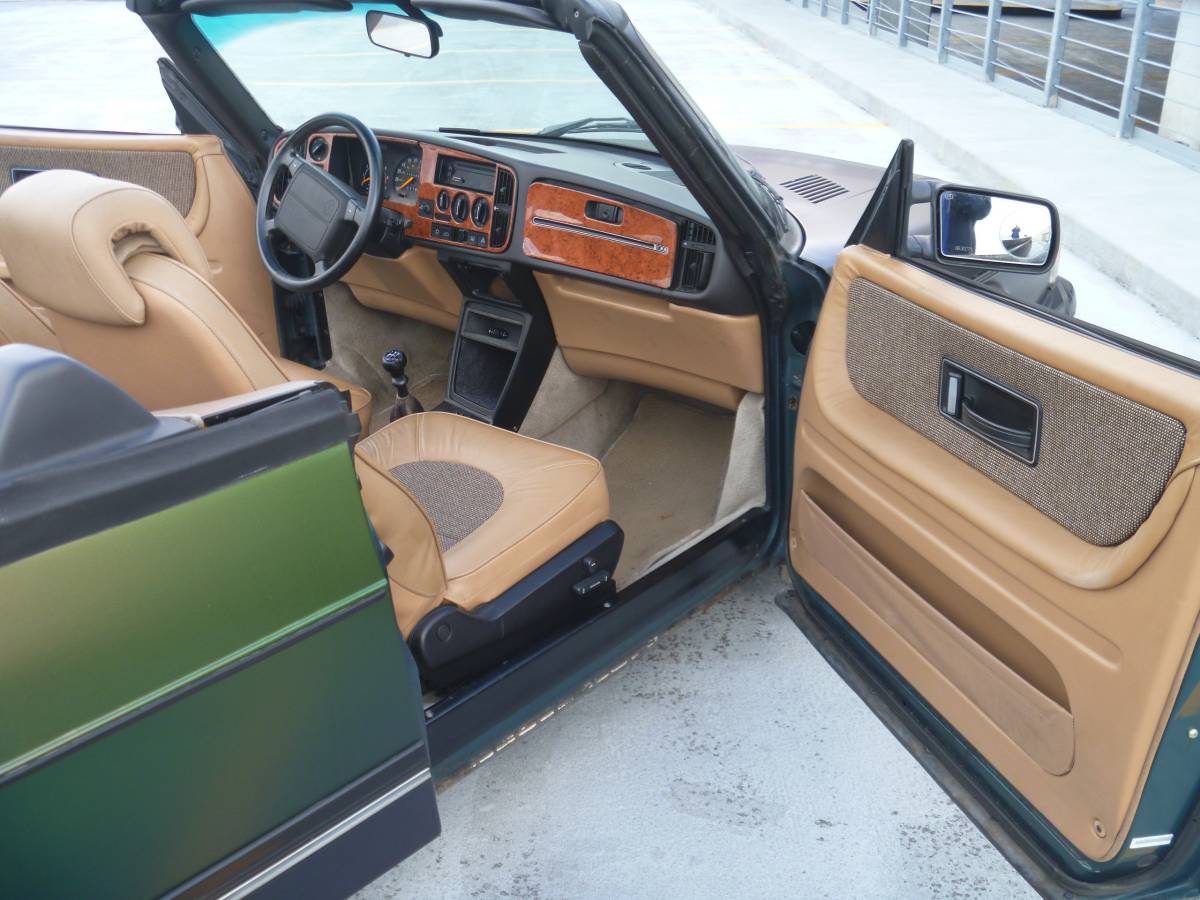 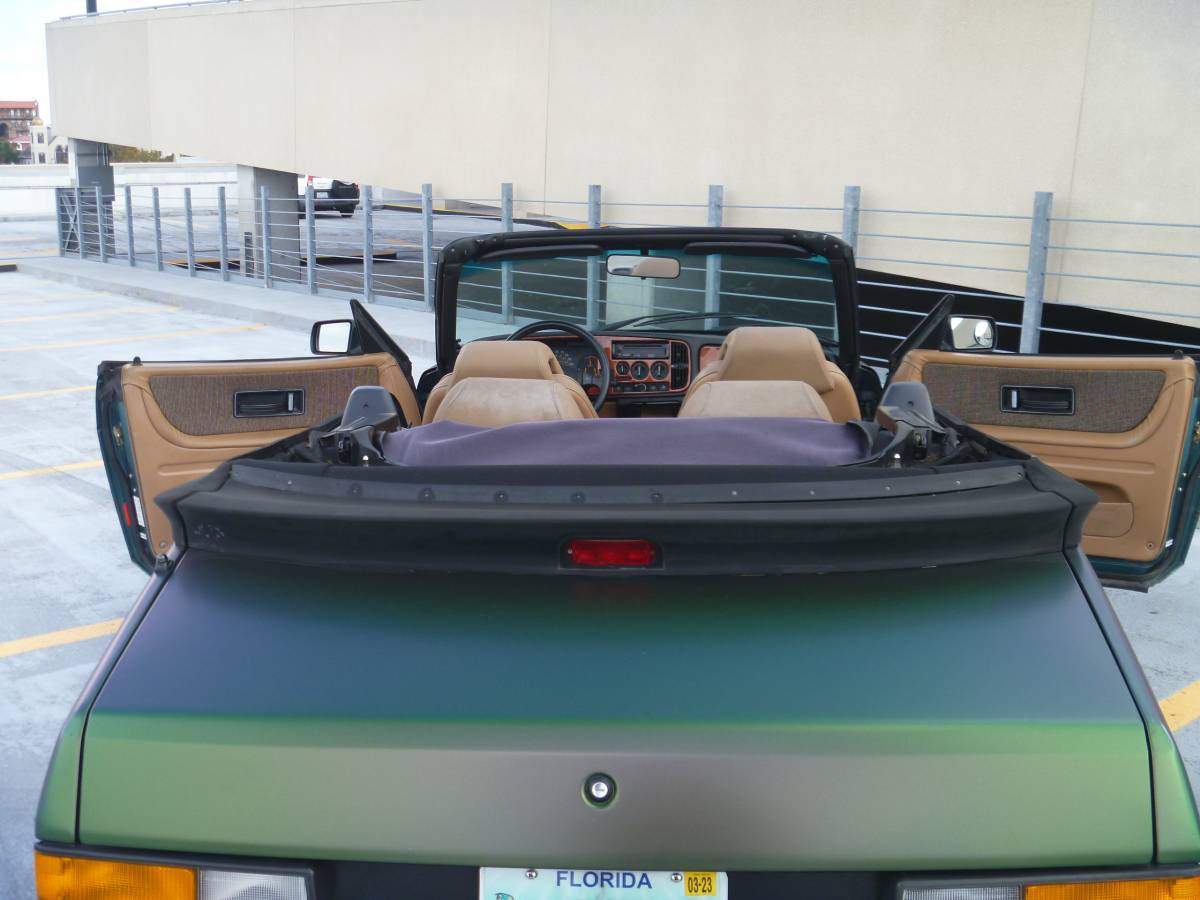 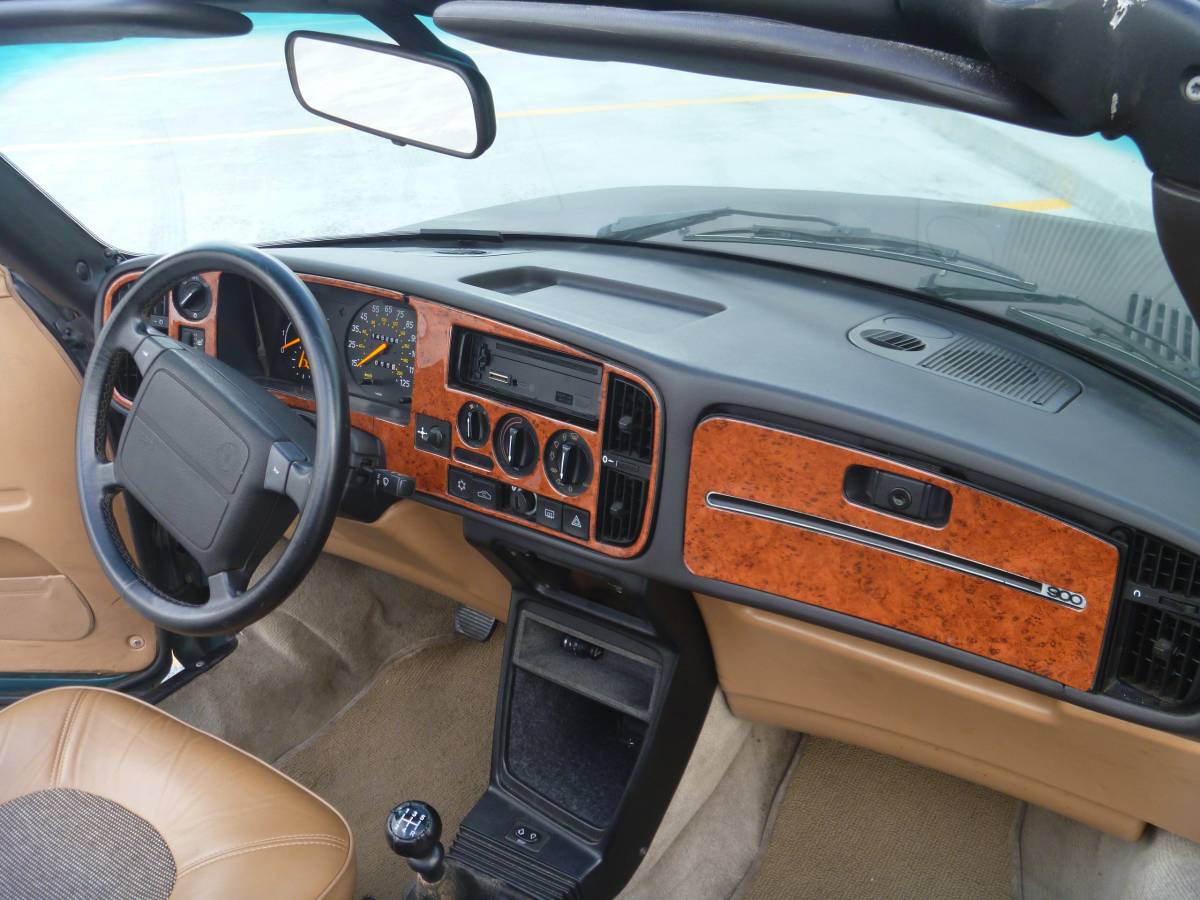 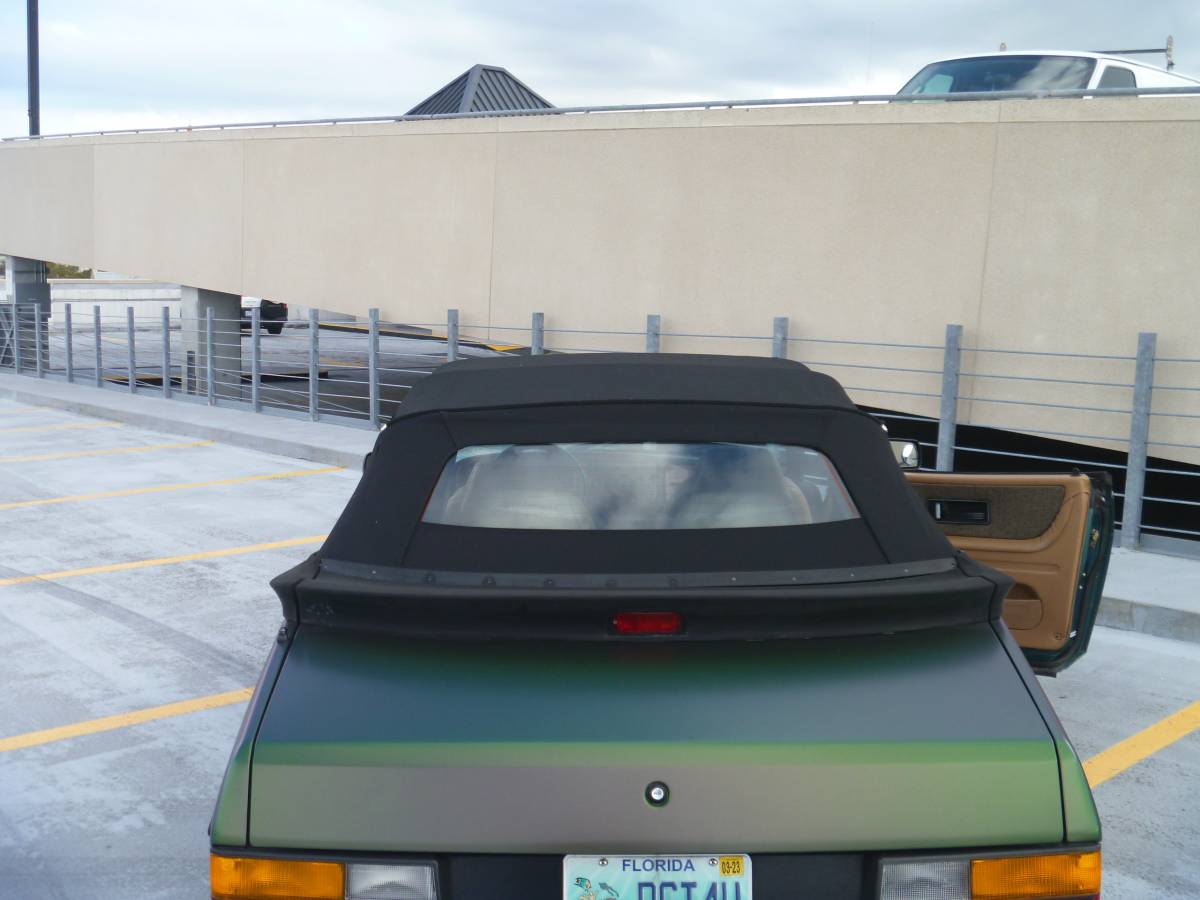 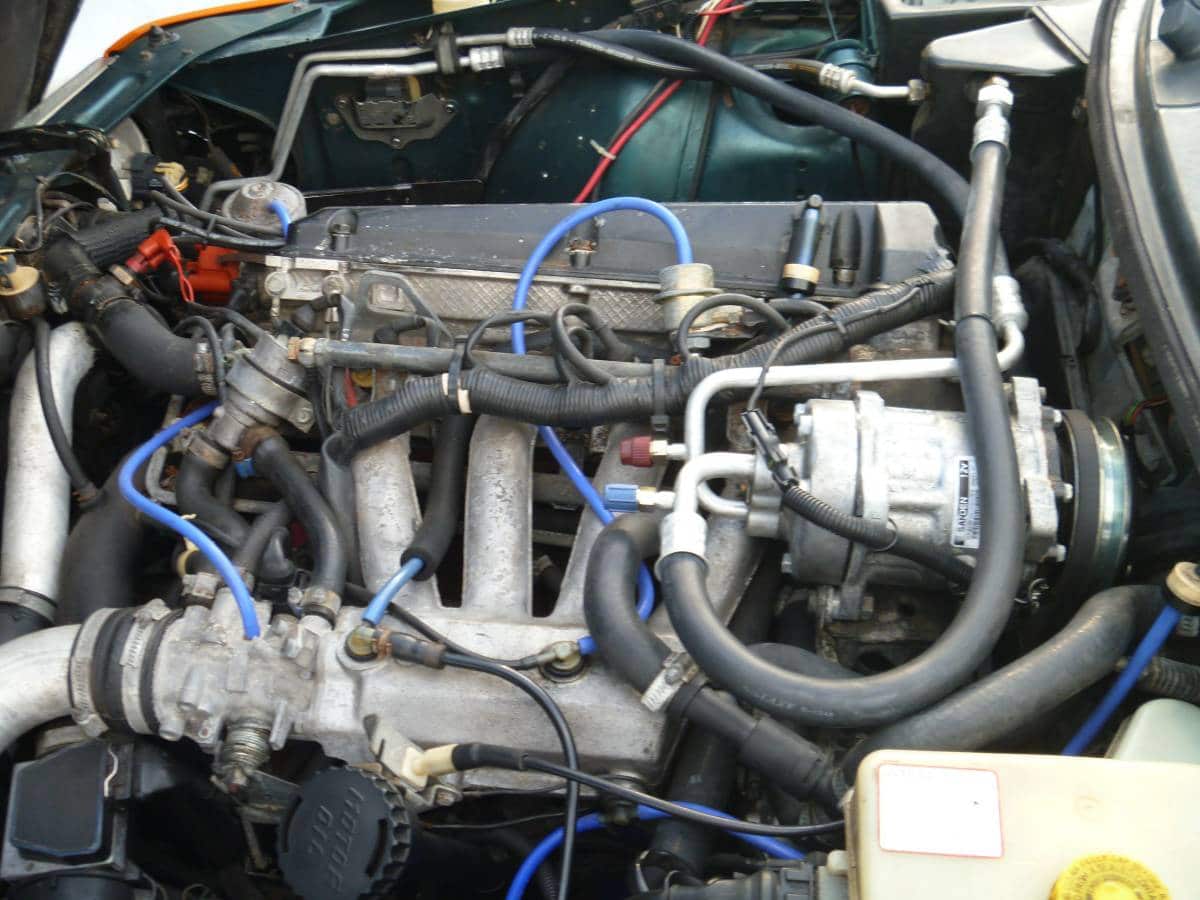 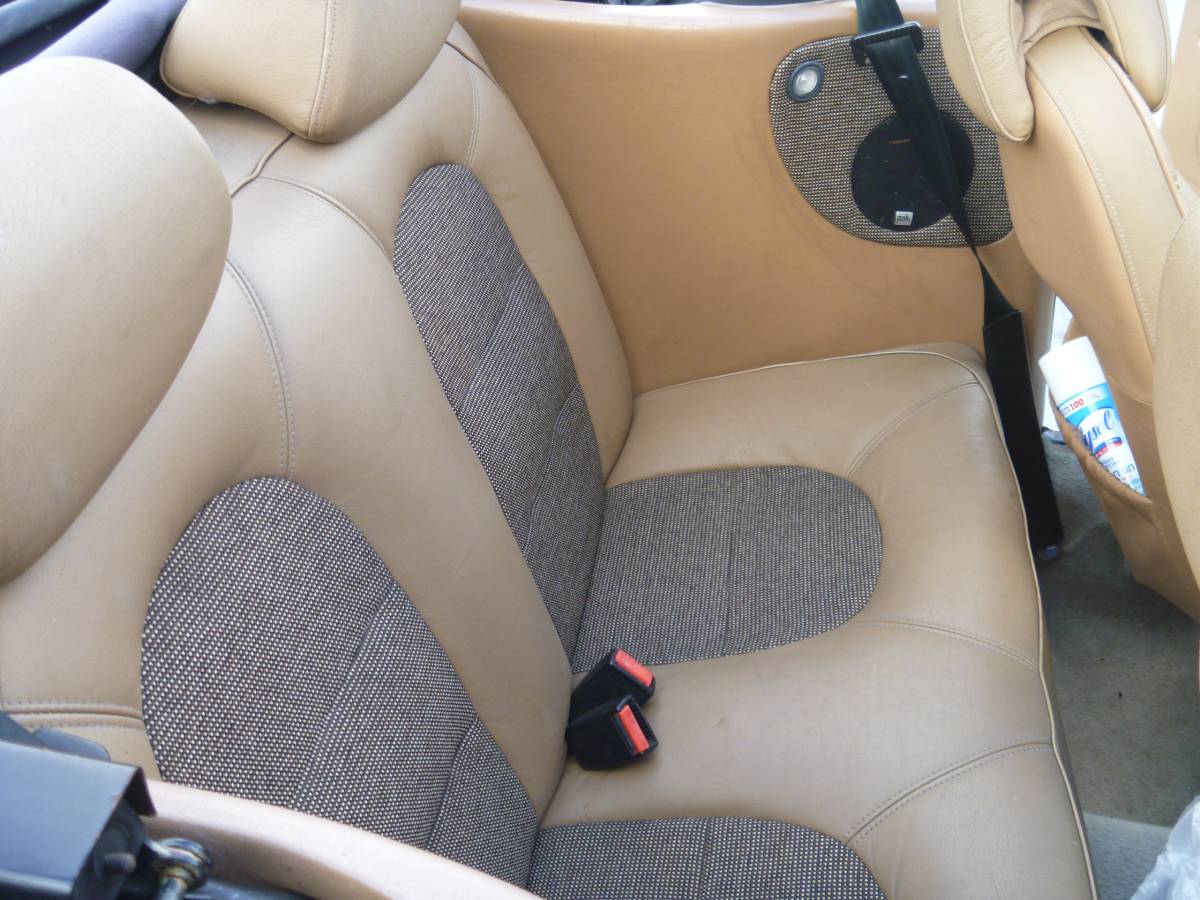 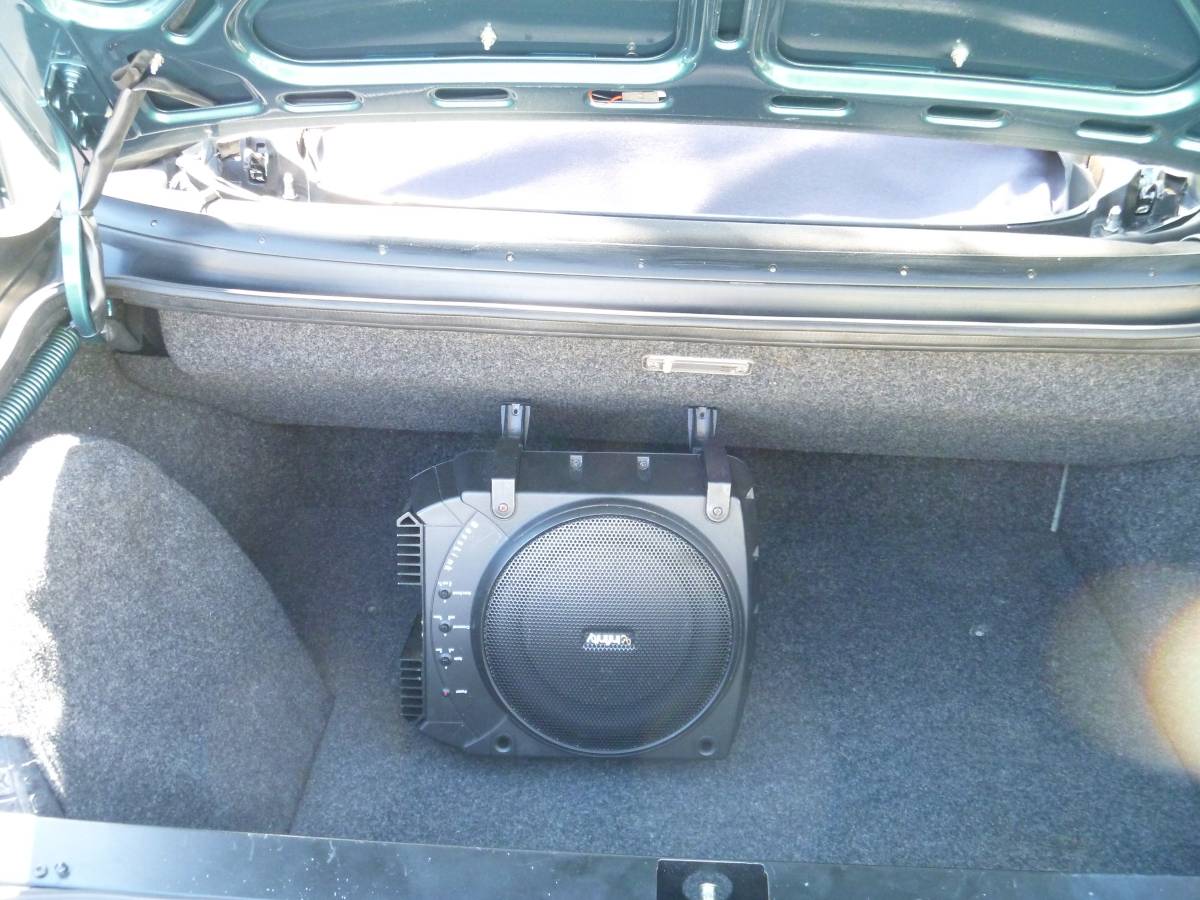 In the middle 90s, you would see hunter green on seemingly almost every other car. A popular color for sure, it has faded a bit in terms of its once-rampant popularity, but like all things late 80s-to-early 90s come roaring back into pop culture, it’s impossible not to want to see more green cars on the road. This 1992 Saab 900 Turbo Convertible was originally listed in December 2021 on Craigslist in Wilmington, North Carolina with loads of recent maintenance including a fresh top and new air conditioning components for $8,000. Comparing this price against the NADA Price Guide confirms this private seller has his 900 convertible priced accurately, as a model in top condition is valued at $8,000 under the “High Retail” guidance.

The 900 has been on the upswing for a few months now, which isn’t surprising given it’s always been a popular choice among enthusiasts and sun-lovers alike. That being said, for a long time you could buy a 900 for pretty short money, especially in non-turbo form. The naturally aspirated 900S is still pretty cheap to buy, but the Turbos – being more desirable for obvious reasons – have begun to leave the cheap-and-cheerful category, likely for good. Convertibles like this one haven’t yet become hard to find, but different tiers of collectability have started to arrange themselves, with the later turbo convertibles and limited-production special editions charging to the front of the pack. Of course, the usual standards still apply, with rust-free cars with records being the most desirable among the sought-after models.

This 1992 model is two years shy of the final production year 900 convertible, which remains among the most collectible of 900s. This car appears to have an aftermarket paint job, which isn’t completely obvious at first given Saab didn’t shy away from a few different varieties of green paint. But as you get closer, you can see what looks like a slight “flip-flop” quality to the paint that suggests it’s not factory original. The seller provides a long list of recent maintenance performed on this 145,298-mile example, including a new German canvas top, replacement air conditioning compressor, new distributor, new oil cooler hoses, new fuel pressure regulator, and more. Even better, it has an extremely elusive crack-free dash. The 900 Turbo will be a fan favorite of the rad era for generations to come, so get into one while you still can.