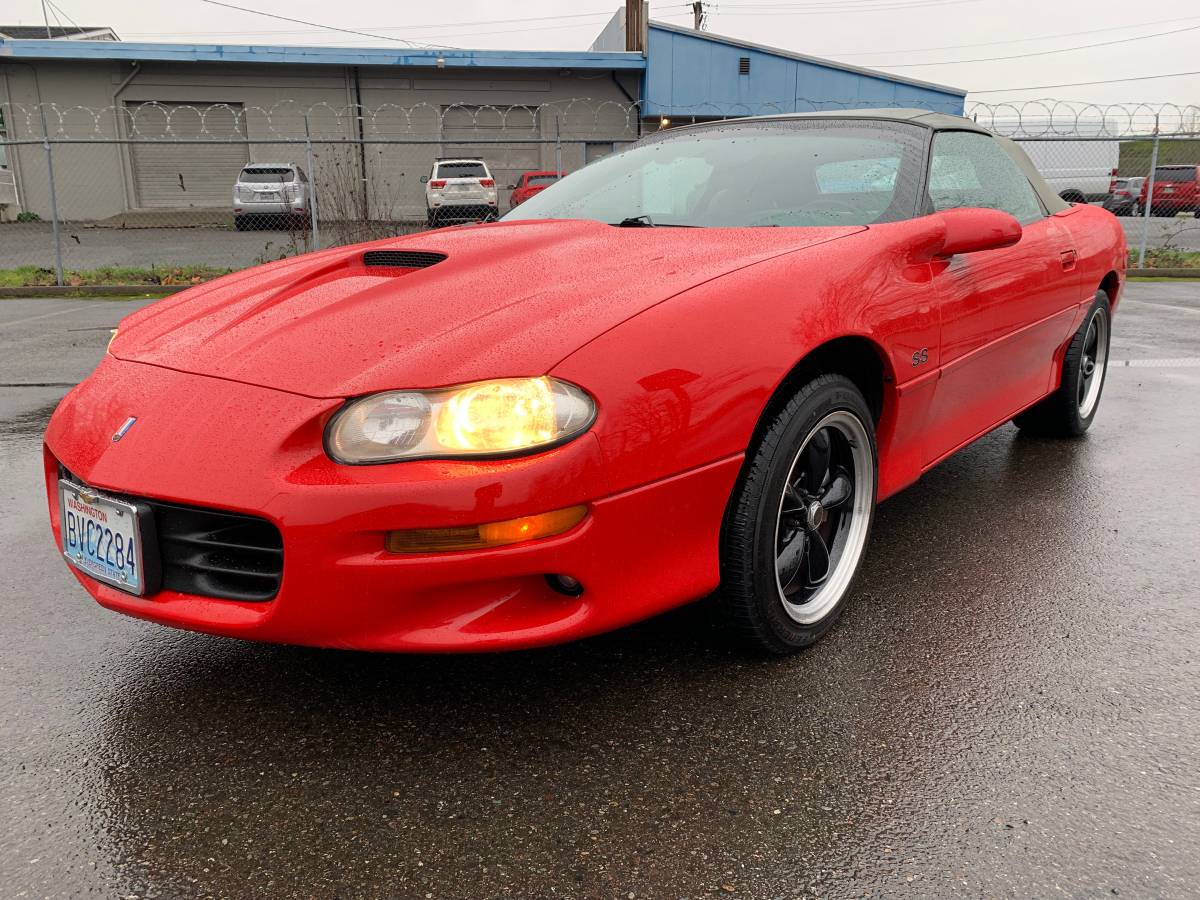 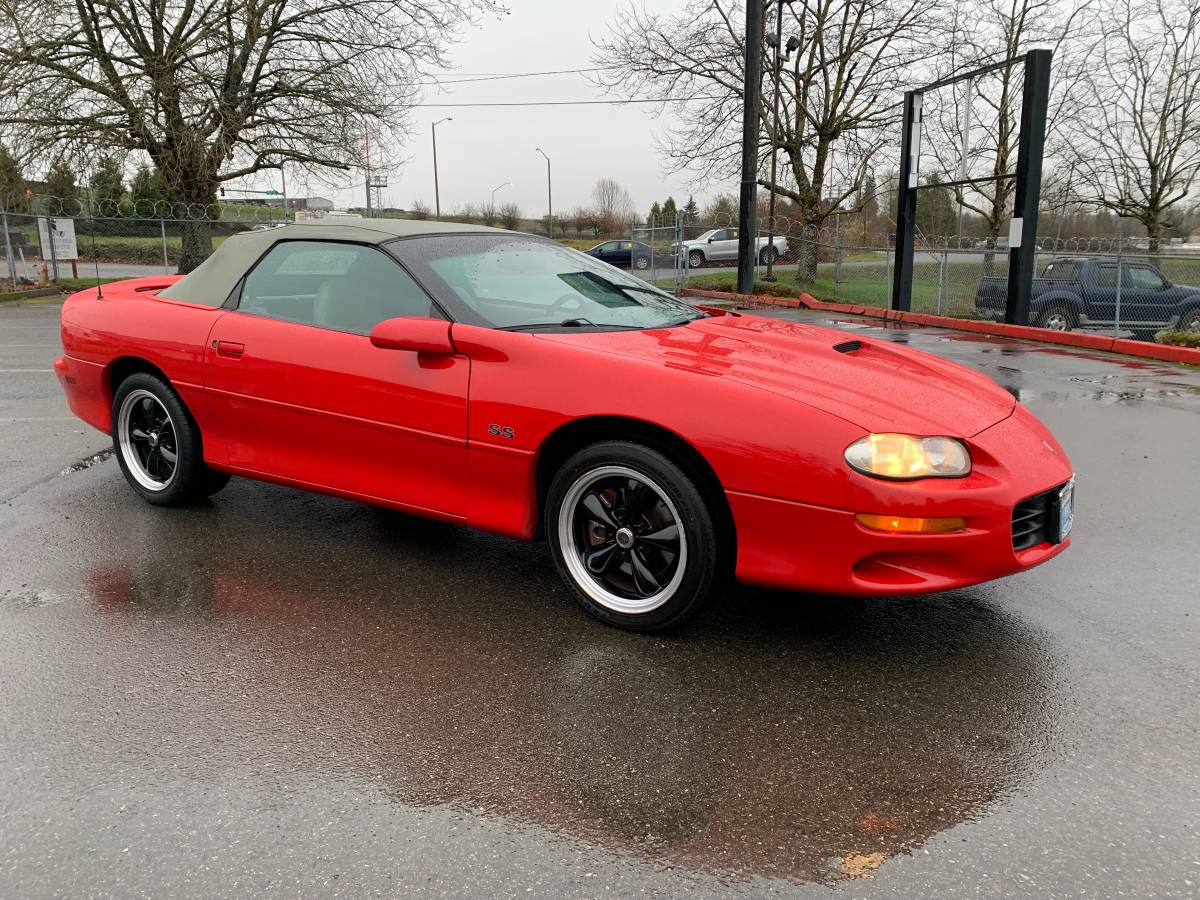 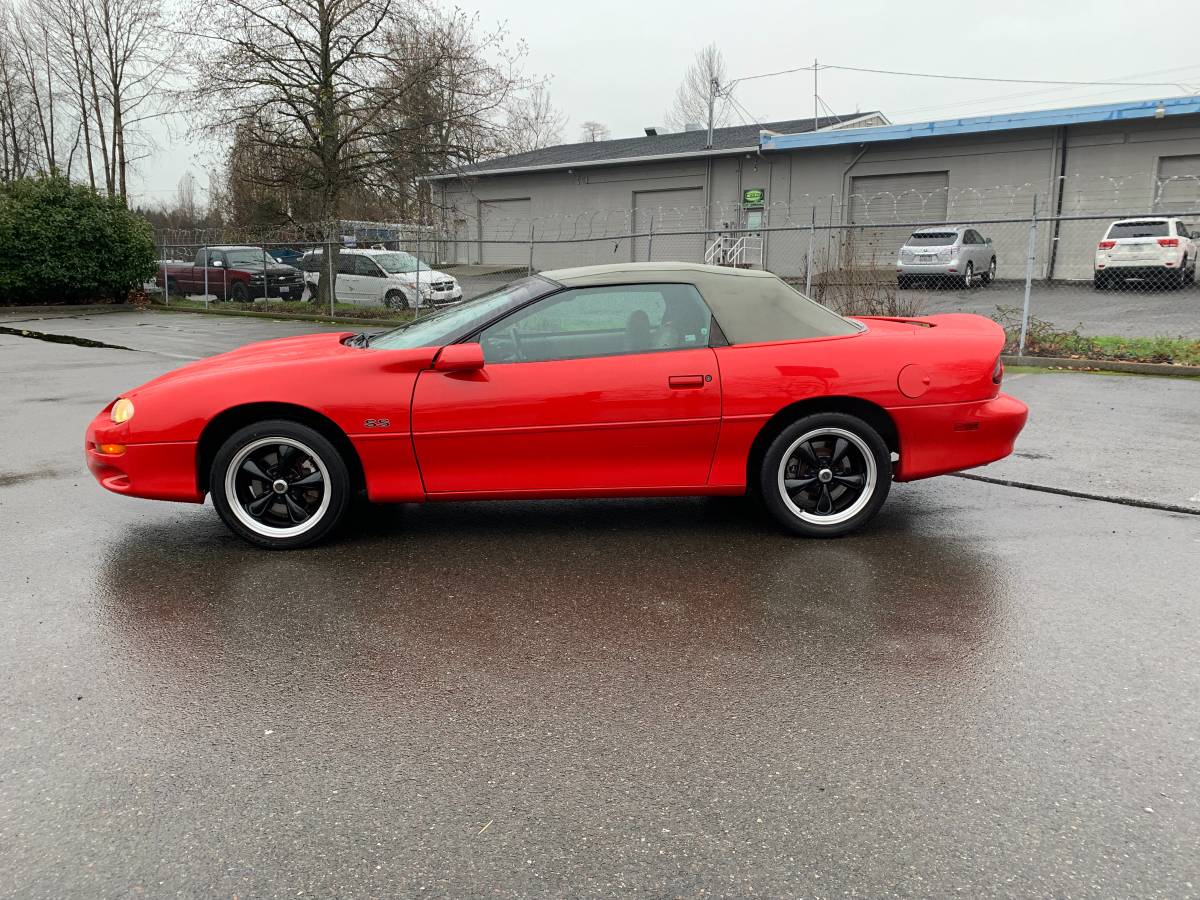 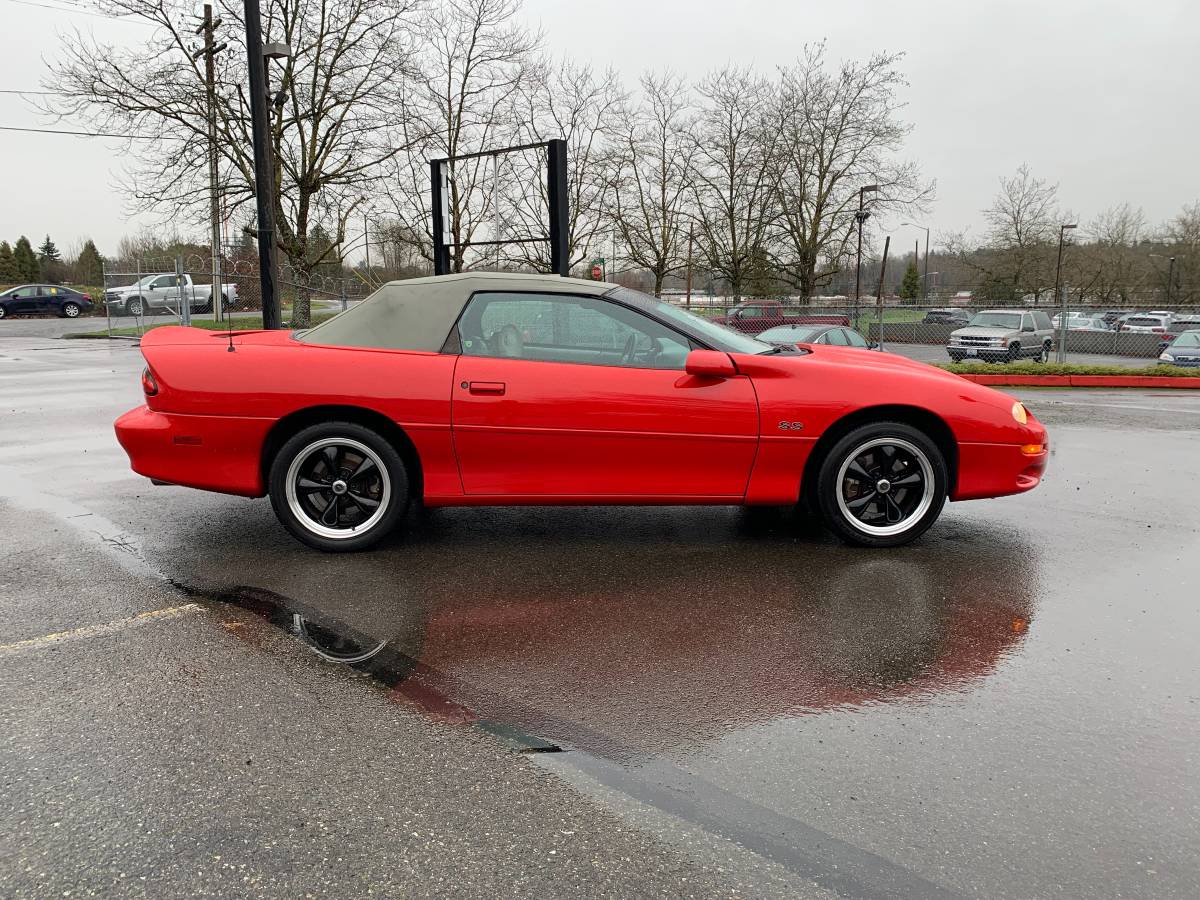 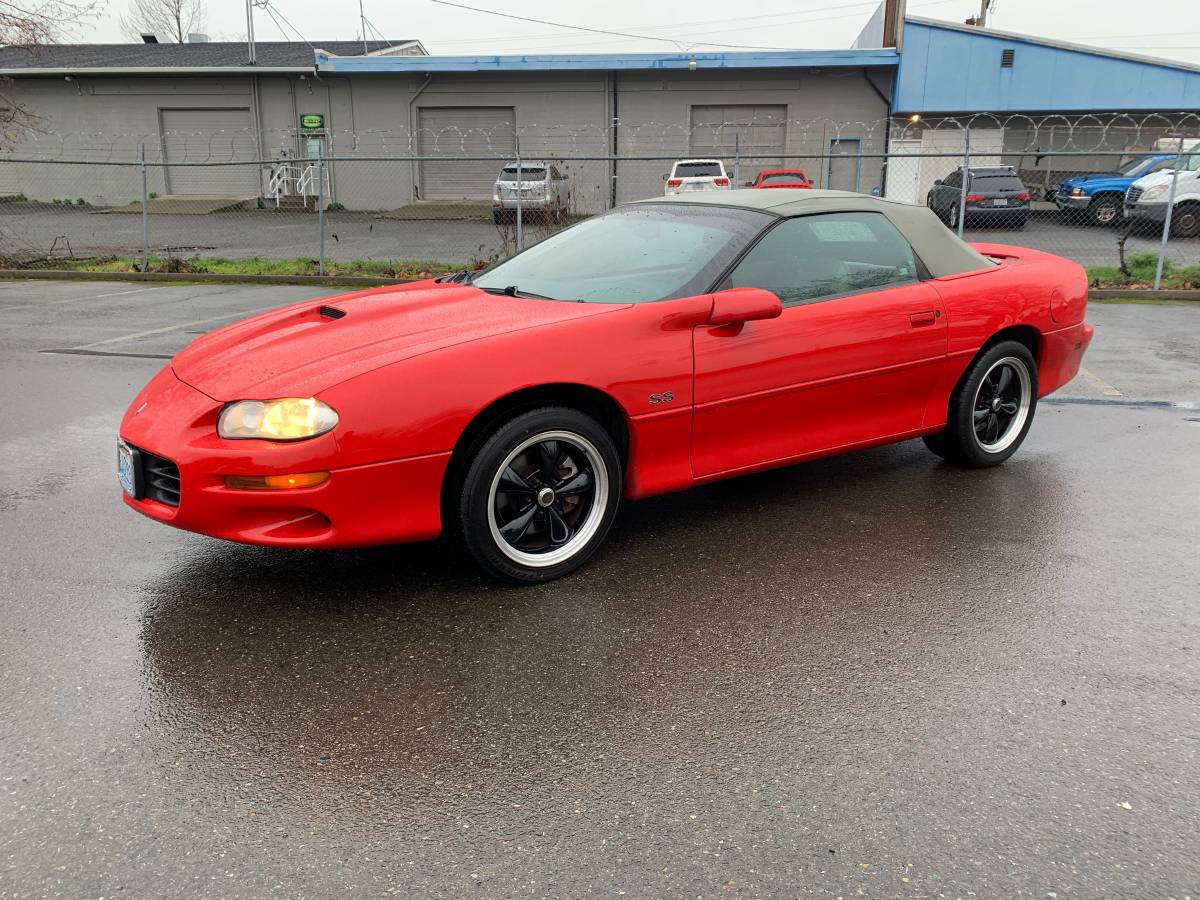 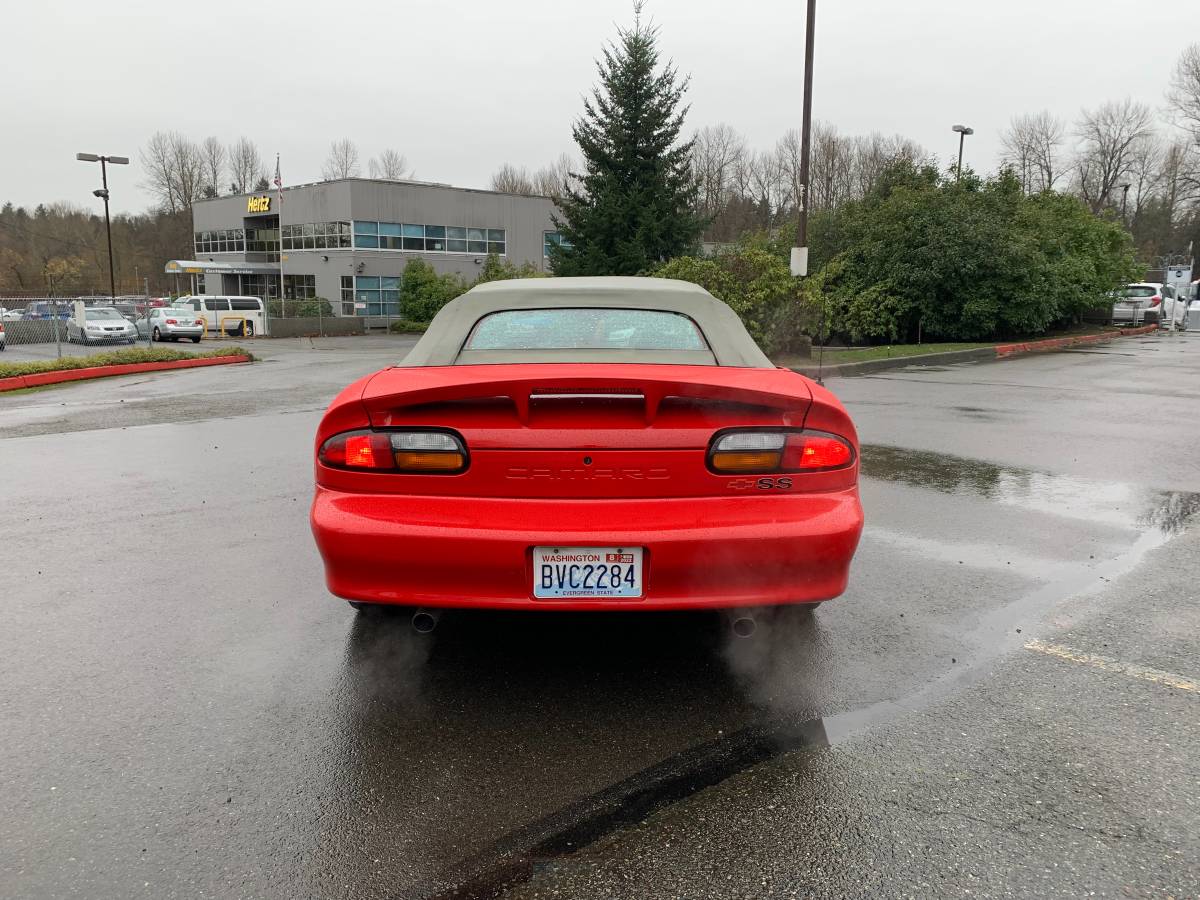 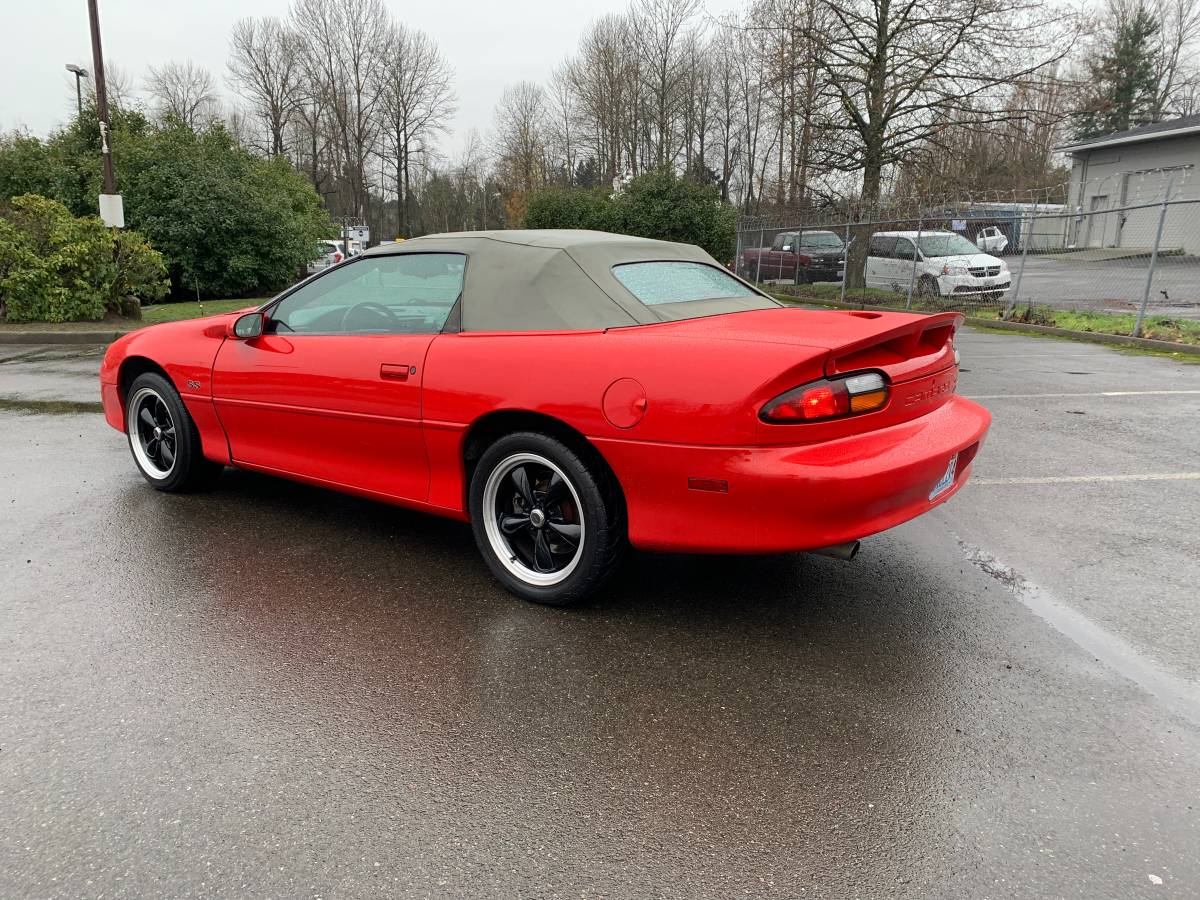 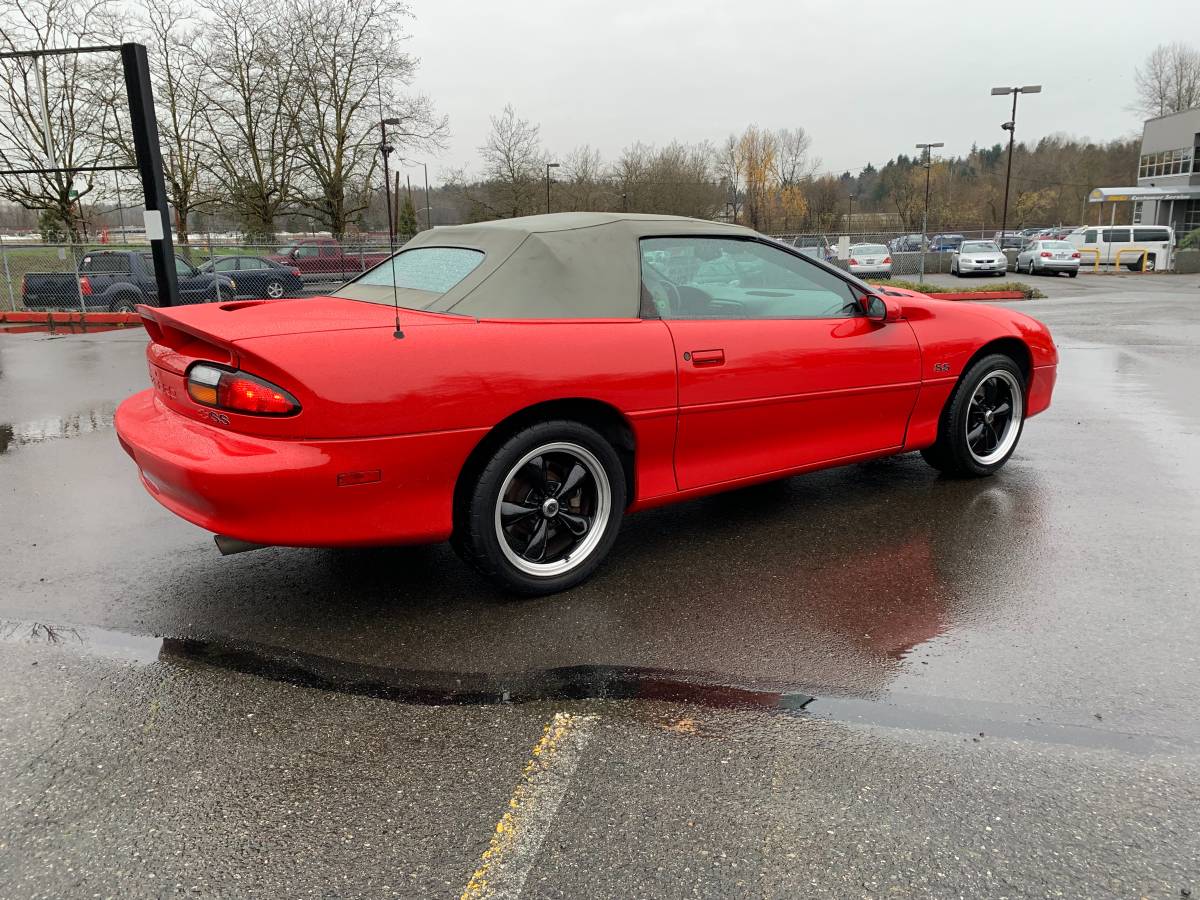 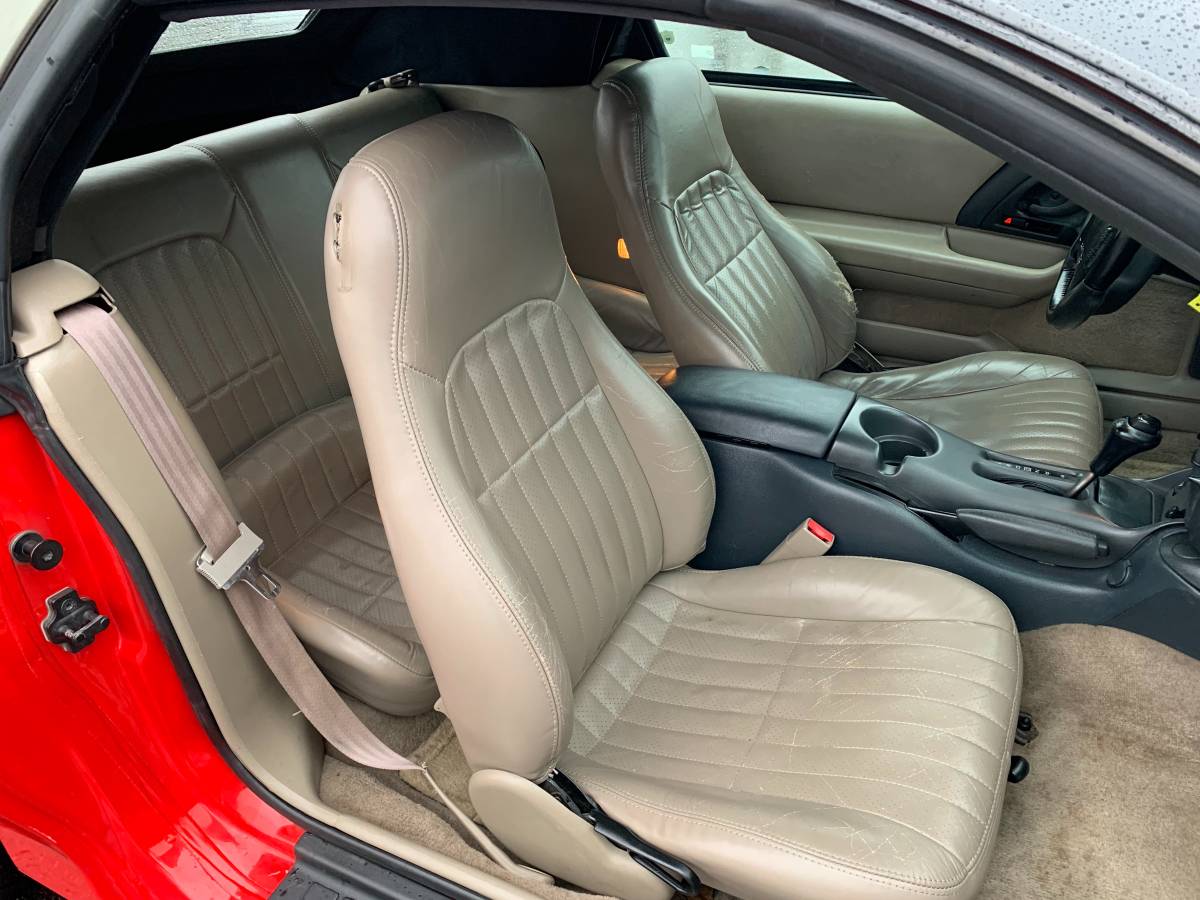 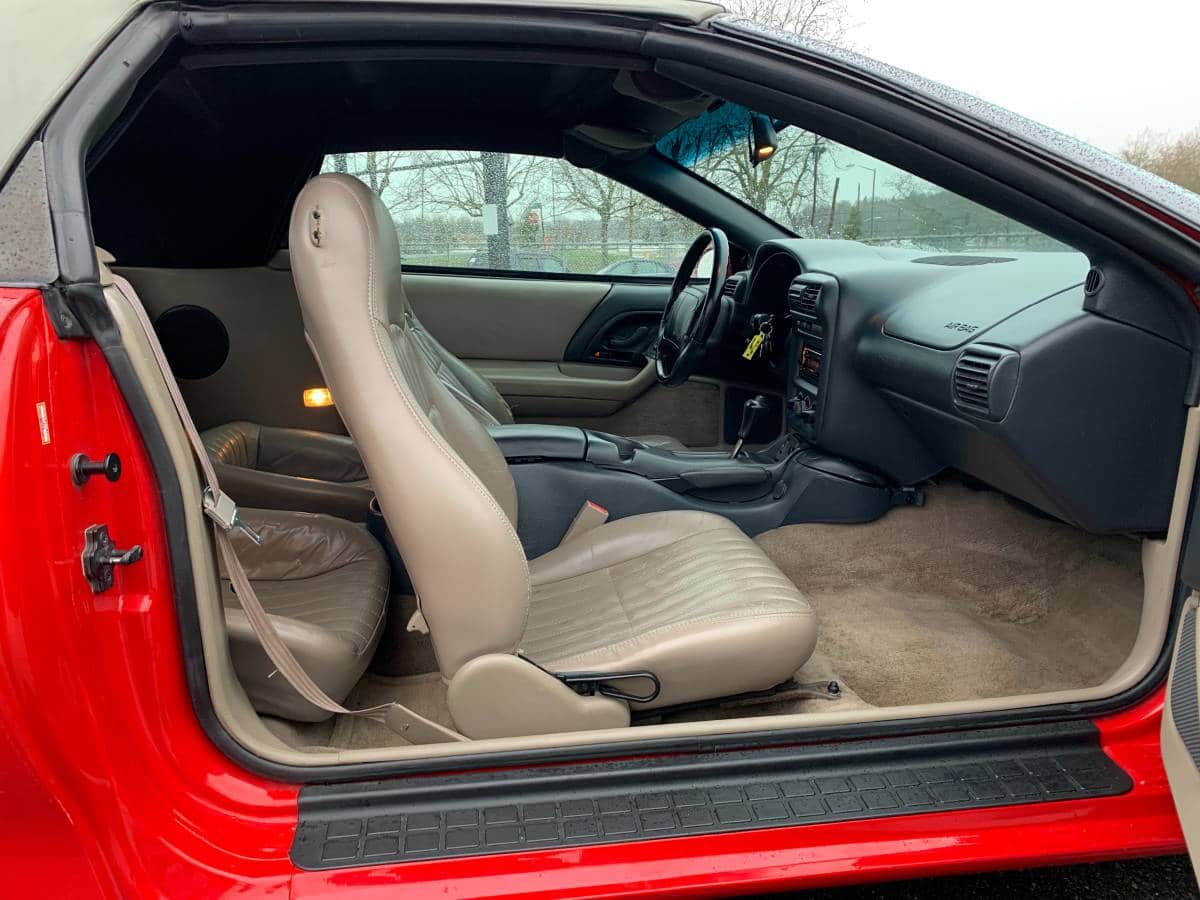 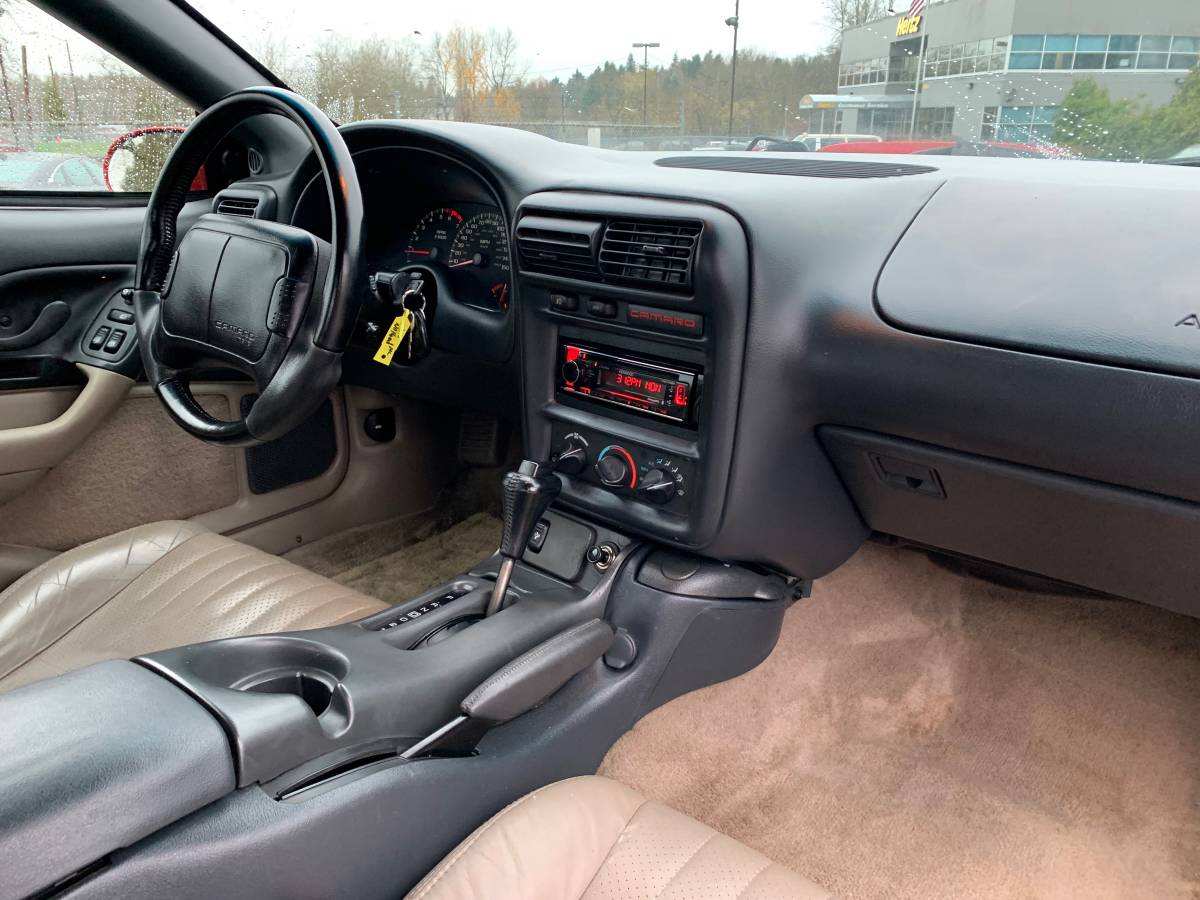 January 12, 2022 Update – We confirmed the seller of this “Classifind” deleted their listing, so we’re now able to call this one “SOLD!” While this one got away, please reach out either by email or call us directly if you’d like to be informed when we come across something similar.

The Chevrolet Camaro is as American as apple pie, but which generation is your favorite can say a lot about you. The third-generation model is undoubtedly the “rad” choice if you’re a fan of 80s icons, but the fourth-generation model seems to straddle the divide between the epic 80s and the Fast and the Furious 90s. This 1999 Chevrolet Camaro SS convertible was originally listed in December 2021 on Craigslist in SeaTac, Washington for $11,000 (the original ask was $12,500) in surprisingly nice condition for a car with 130,000 miles on the clock.   Comparing this price against the Hagerty Insurance Online Valuation Tool confirms this private seller has his Camaro priced below even the lowest assessment in “Fair” condition, which is pegged at $13,600.

The later Camaros, much like the Caprice that could be ordered with the LT1, gave shoppers the option to upgrade to the beefy LS1. The LS1 remains to this day one of the most flexible and capable engines ever offered by the General, and whether you’re swapping it into an E30-chassis BMW or keeping it numbers-matching in a car like this, it’s hard to go wrong with this mill. The other thing to note about the fourth-generation Camaros is that it’s a somewhat forgotten platform these days, with cheap V6-powered models still lingering around bowling alleys and used car lots. The V8-equipped Z28s and SSs, however, remain coveted enough by enthusiasts that they haven’t been tossed aside like its six-cylinder sibling, but finding one in stock form is harder than it looks.

The MotorWeeek Retro Review Channel provides a comparison road test of a 1999 Camaro SS versus a Ford Mustang Cobra:

The seller’s car looks to be in better-than-driver grade condition, with some visual enhancements detracting from what would otherwise be a bone-stock example. The aftermarket wheels and radio are a touch disappointing but easily swapped out for the factory components (I understand the need to update the radio, but for appearance’s sake, the OEM head unit would look better). The seller notes all power and convenience features still work, and that the interior and exterior are still in great shape aside from some minor flaws on the outside. The automatic transmission is the usual suspect in a car like this, and while it’s well-suited to a cruiser with a soft top, it’s hard not to lust after a modern muscle car equipped with three pedals. The interior shows signs of wear and the soft top color is a bit unappealing, but those issues can easily be fixed in a weekend. Good luck with the purchase if you bring this LS1-powered Camaro home.