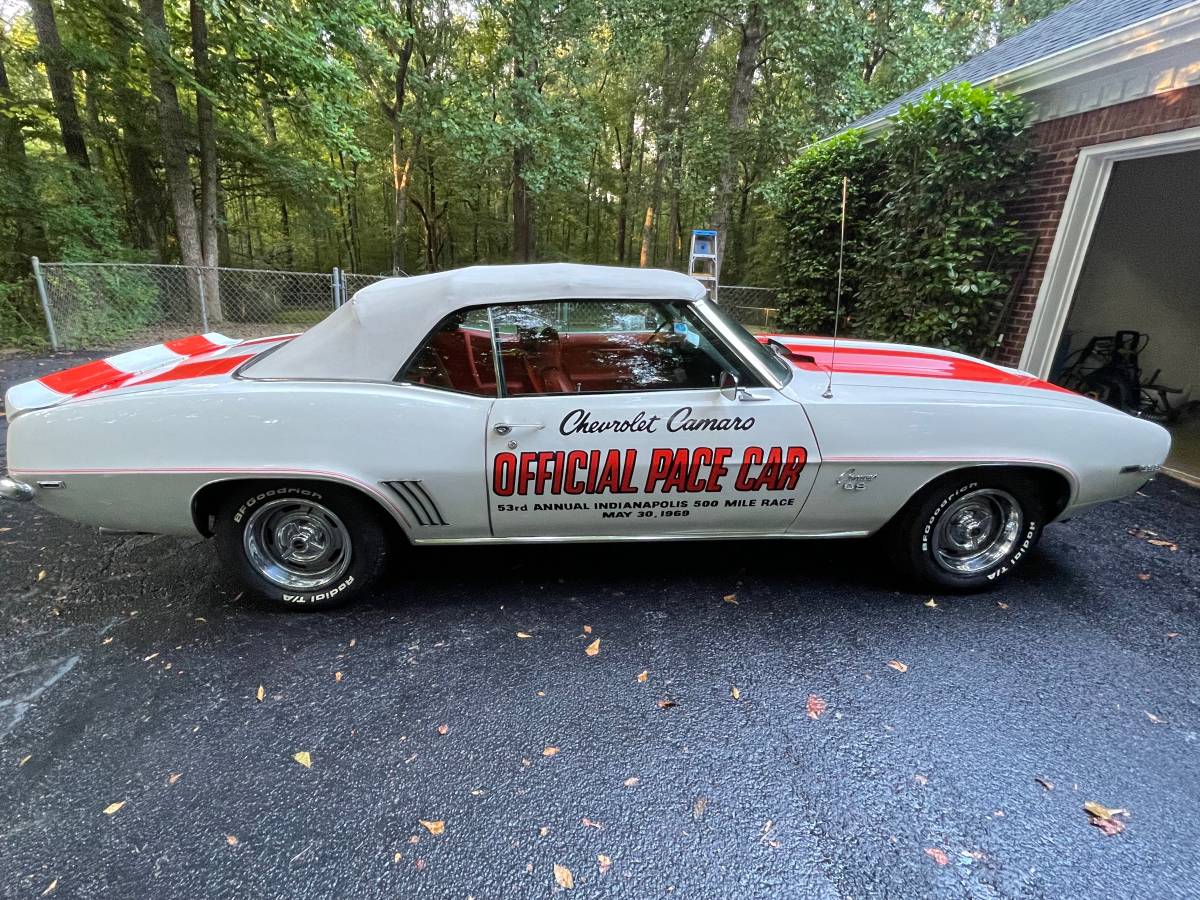 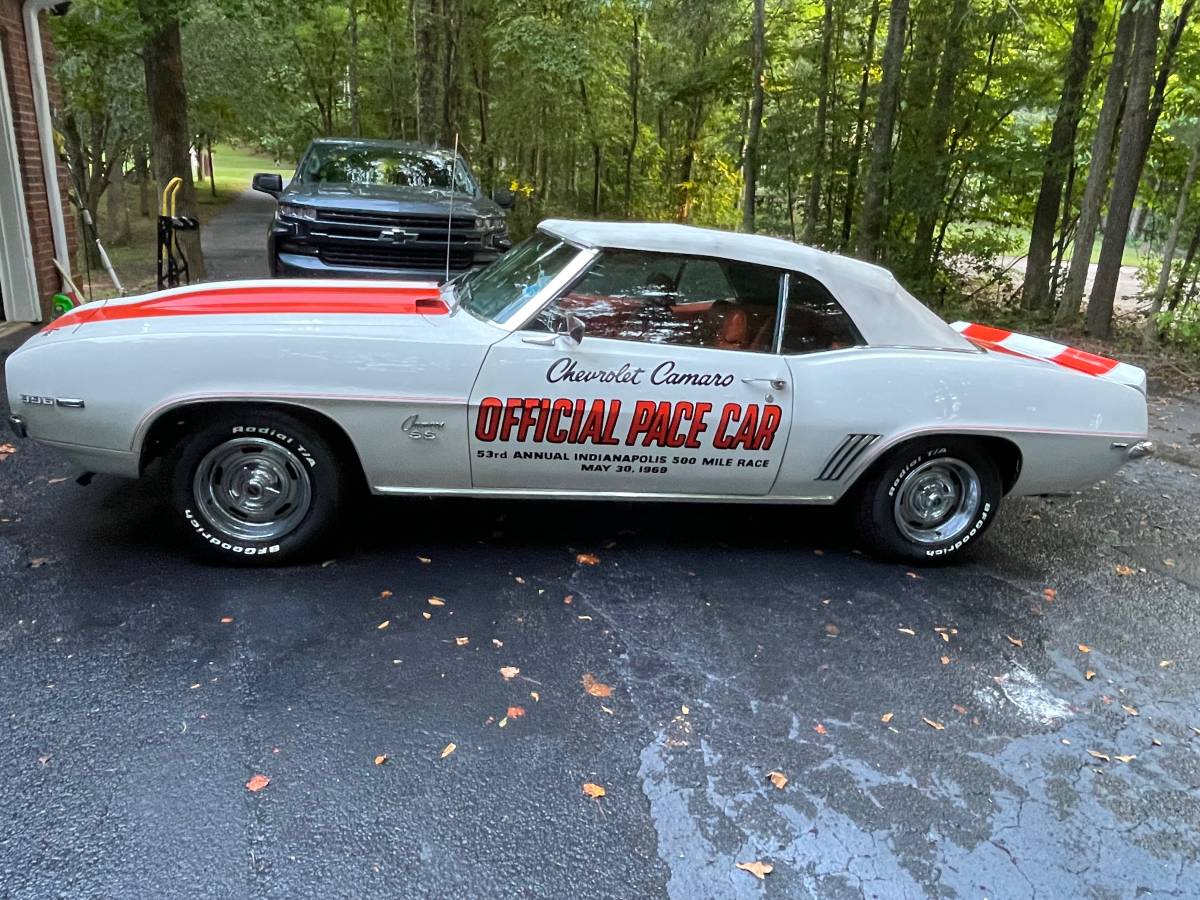 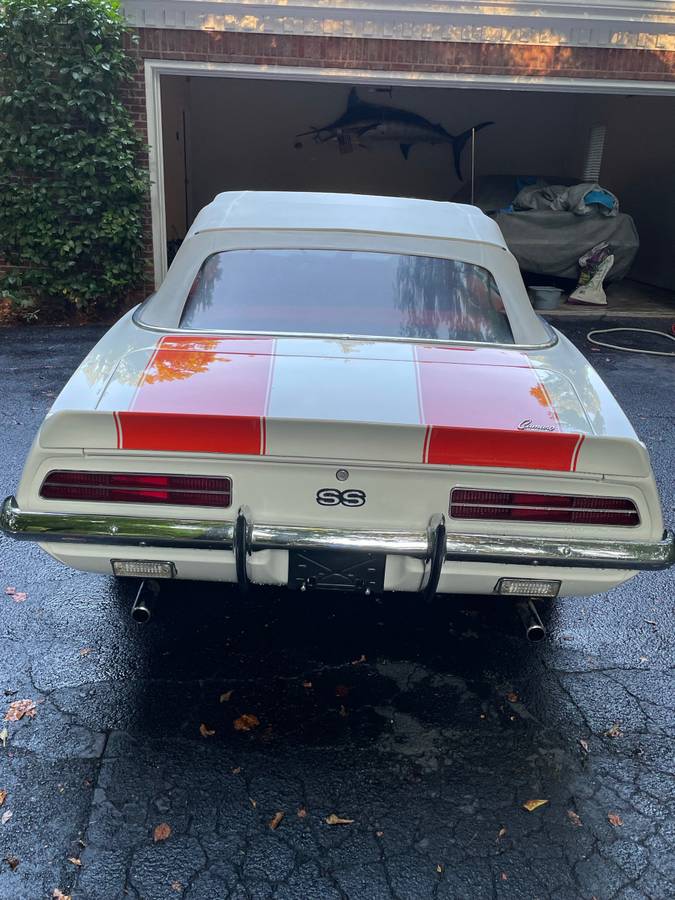 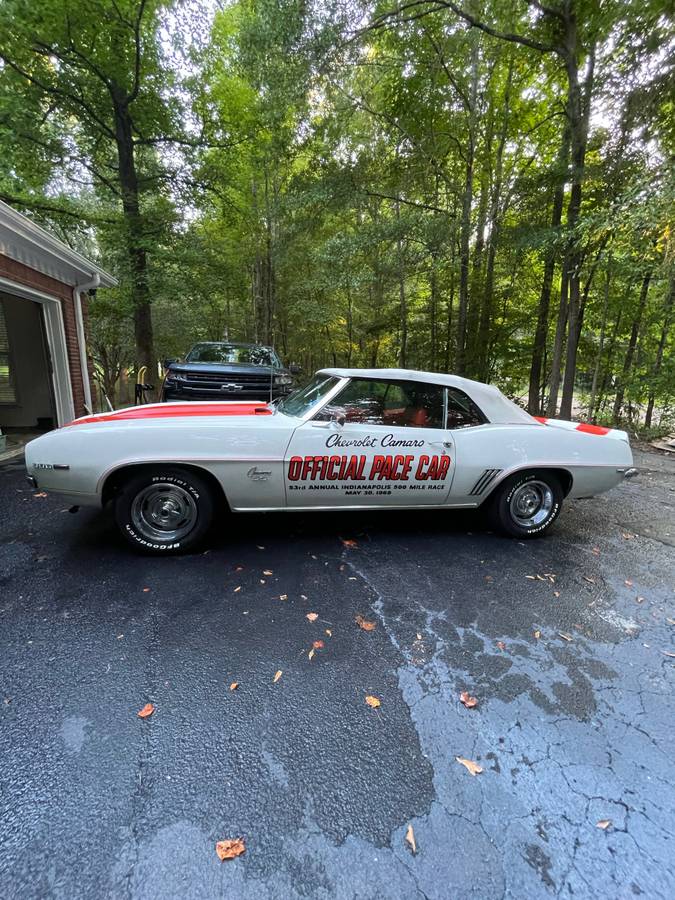 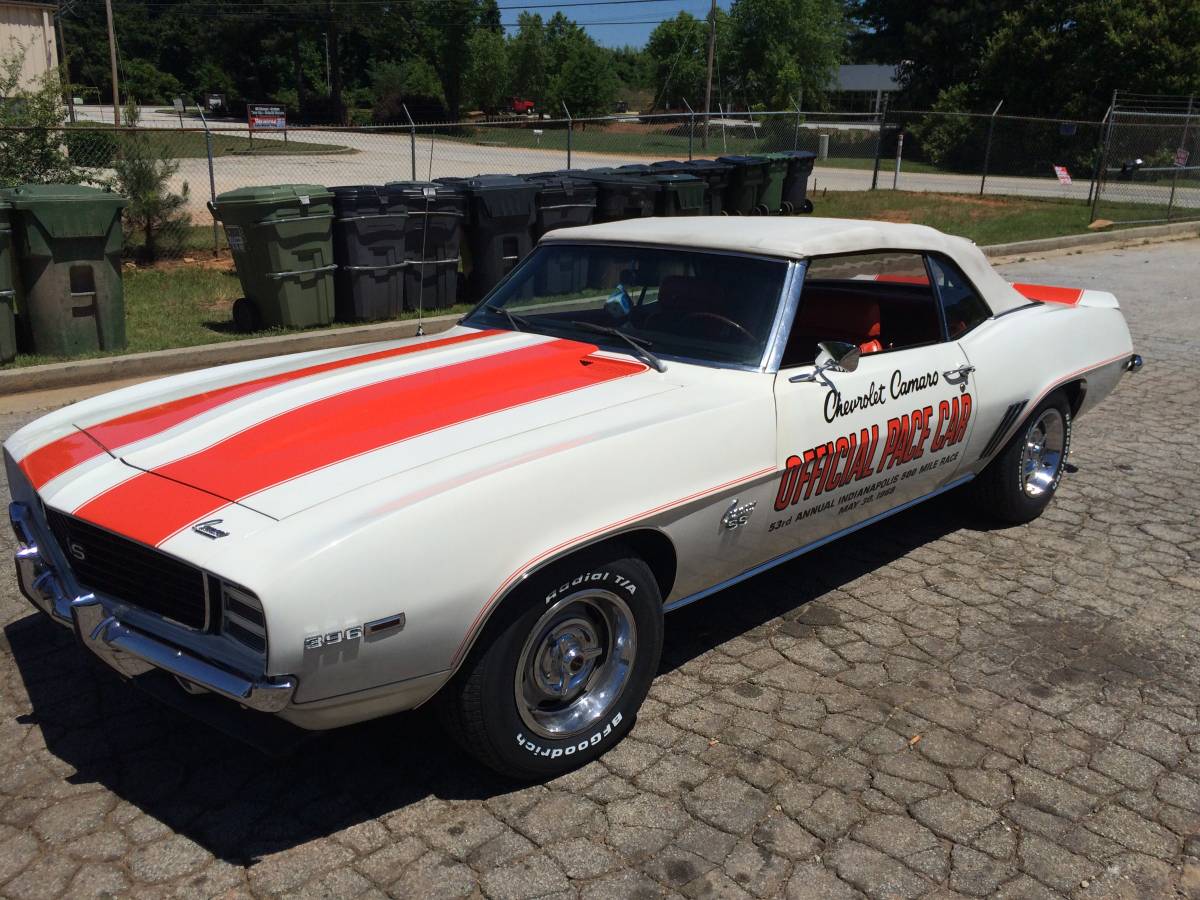 February 2, 2022 Update – We just confirmed the listing for this “Classifind” expired, so with no replacement found we’re assuming this ride “Sold?” While this one got away, please reach out either by email or call us directly if you’d like to be informed when we come across something similar.

December 27, 2021 Update – The private seller of this ’69 Camaro Pace Car just replaced their expiring ad with a new one.  The description, pictures, and asking price all remain the same.

November 26, 2021 Update – The private seller of this ’69 Camaro Pace Car just replaced their expiring ad with a new one.  The description, pictures, and asking price all remain the same.

Chevrolet Camaros received the nod to pace both the 1967 and 1969 Indianapolis 500 races. Chevrolet’s Marketing department capitalized on both events by offering Pace Car replicas to the buying public. While 1967 Camaro pace car editions are very hard to find, Chevrolet made many more creamsicle-themed 1969 models that have become an iconic color combination for the Camaro brand.  Based on the SS Camaro, most 1969 Camaro Pace cars came factory equipped with Chevrolet’s 350 cubic inch small block V8.  One notable exception is this documented 396 cubic-inch big-block V8 powered “Z11” optioned convertible originally listed in October 2021 on Craigslist in Smithland, Kentucky (Pittsburgh). The current caretaker of the past two decades reports they added only two thousand miles during that time.

The 1969 Camaro was chosen as the Official Pace Car for the 1969 running of the Indianapolis 500 and as the Official Car of the ‘500’ Festival. This was a repeat performance for Camaro since it had also been chosen as the 1967 Pace Car.  To help them stand out on the large expanse of the racetrack, Chevrolet designed the 1969 pace cars to be highly visible by painting RS/SS trimmed convertibles Dover White with Hugger Orange Z28 style stripes and orange houndstooth cloth seats. All were equipped with the recently released cowl induction hood.  Forty-three pace car replicas, all SS350 automatics, were provided to the “500” Festival Committee for use in the Festival Parade and other events. One of these cars (#34, 9N609349) and a matched set of luggage were then presented to the Festival Queen.

Seven replicas were provided for use by Speedway officials, and five replicas were for USAC officials. The remaining 75 replicas were for the visiting press and VIPs. Most of these cars were 350 automatics but some had 396 engines and 4-speed manual transmissions. It is believed that all the pace cars at the track were built in February 1969, and all were built at the Norwood plant. The VIN’s of some of the pace cars that were at Indy were recorded by Dr. John Mansell who attended the race.

Only the cars at the race had the door decals installed. The local Indy dealers who prepped the cars would have done the installation. There is no part number for the decals which means they were not in the GM parts system – probably either the zone or the advertising agency procured them. Original owners of pacers also confirm that decals were neither included nor offered. There have been several reproductions of the door decals over the years.

Replicas of the pace cars were also white RS/SS convertibles with white tops ordered under RPO Z11. The Z11 option was announced in the February 4, 1969 Product Bulletin. Chevrolet also stated that “…we plan to build replicas of the Pace Car to be sent to nearly all of the 6400 Chevrolet dealers across the country”.

Actual production was 3,675 cars; this number includes the Camaros that were provided as a courtesy and track vehicles at the race.  The Z11 option was listed on the window sticker as ‘Indy 500 Pace Car Accents’ for $36.90. The SS side stripes were replaced with the orange Z28 hood and deck lid stripes. (The pace cars and the Z10’s were the only non-Z28 models to use those stripes.) The Z11 package added orange D96 fender striping (not normally painted on Z28’s), and also added white rocker panels (normally blacked-out on SS cars), and white rear tail panels on the SS396 cars (normally blacked-out on big-block tail panels).

The Hagerty Insurance YouTube Channel provides this Buyer’s Guide on what to look for when considering the purchase of any 1969 Camaro:

Although the private seller doesn’t provide pictures, based upon the description provided they likely have the documentation backing up the provenance of this 1969 Chevrolet Camaro SS/RS Z11 Pace Car Convertible.

Show or go: what would you do with this Camaro Pace Car?  Comment below and let us know!