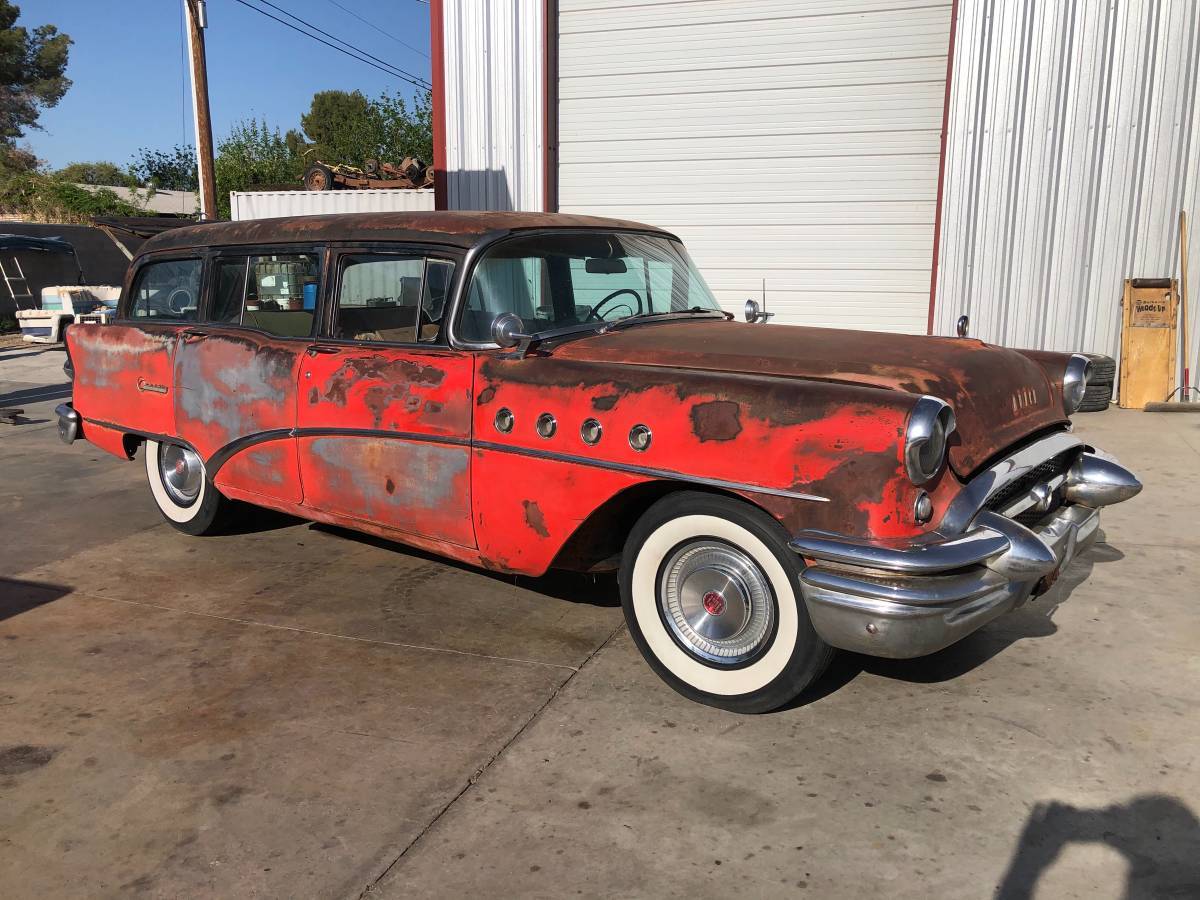 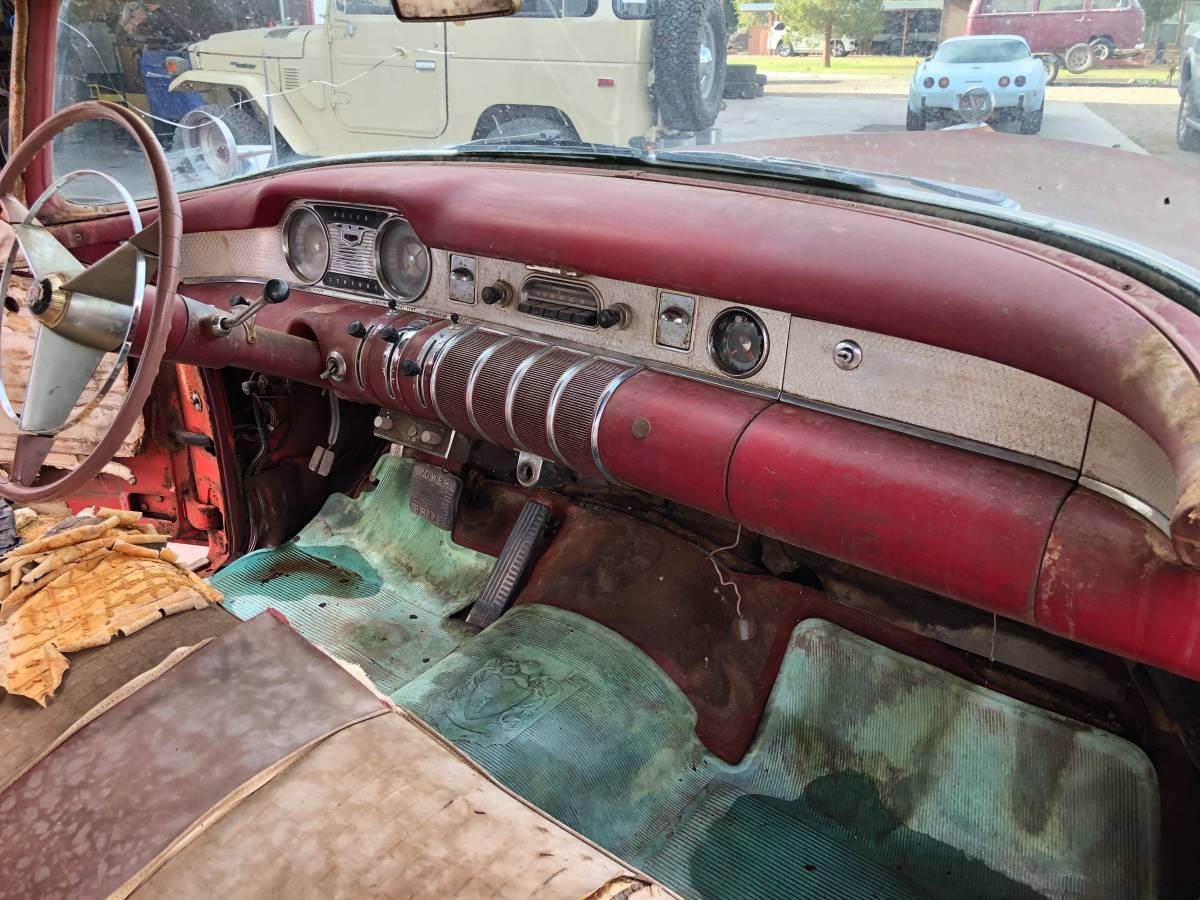 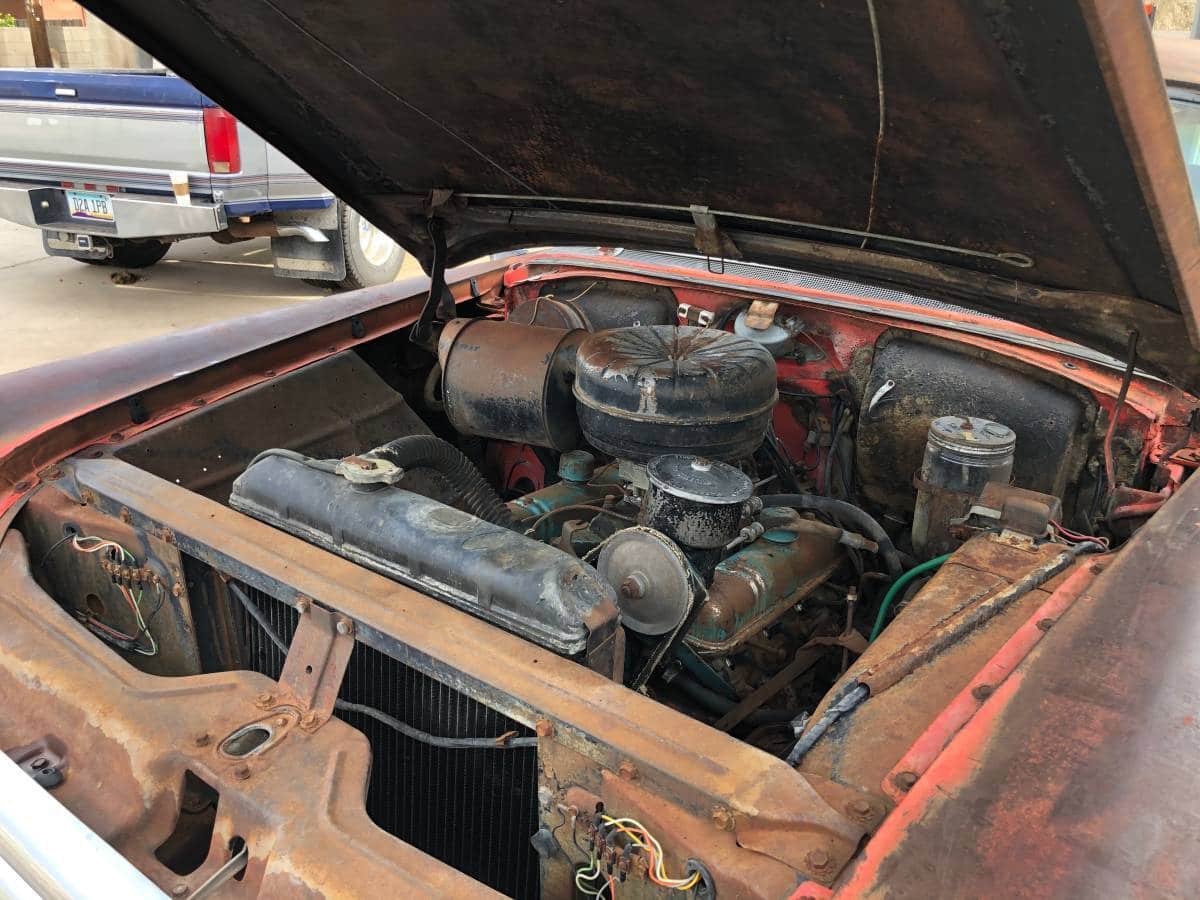 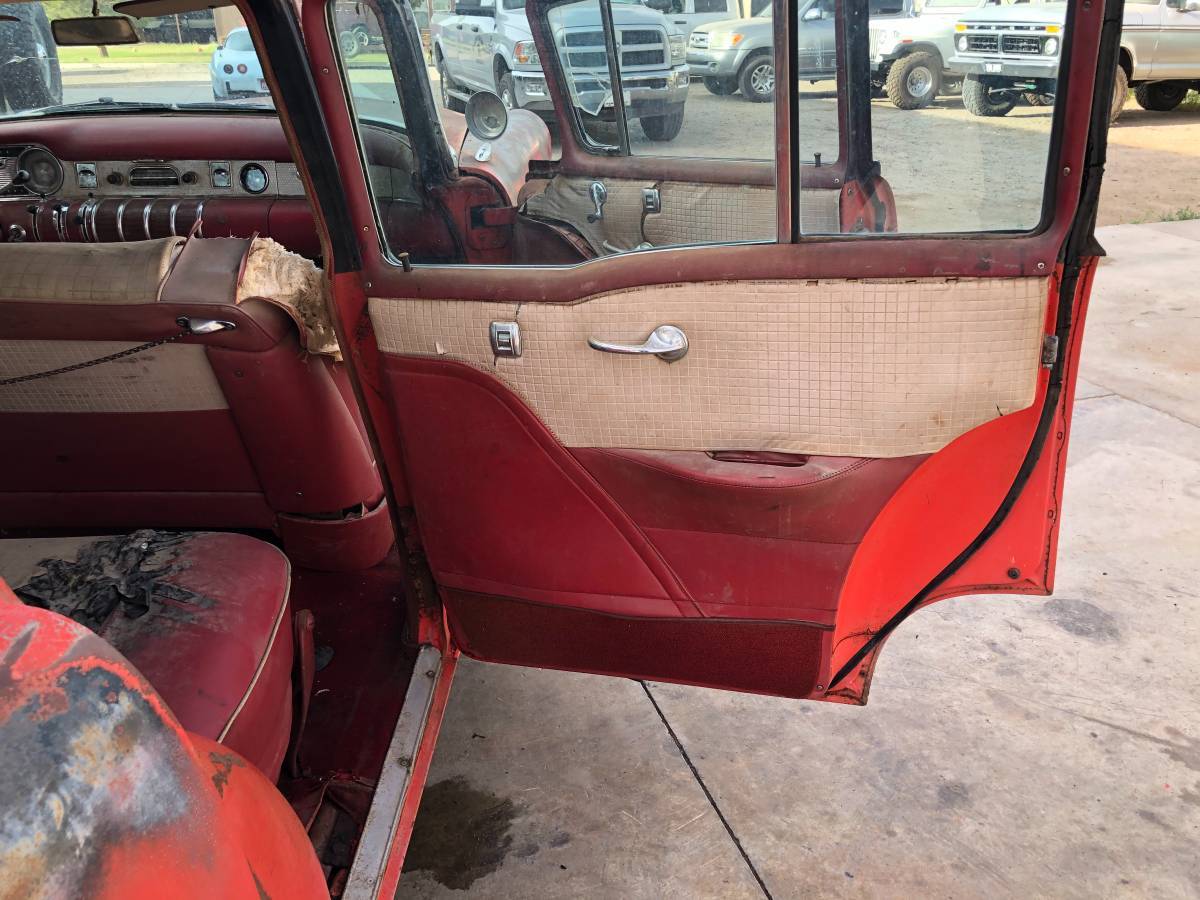 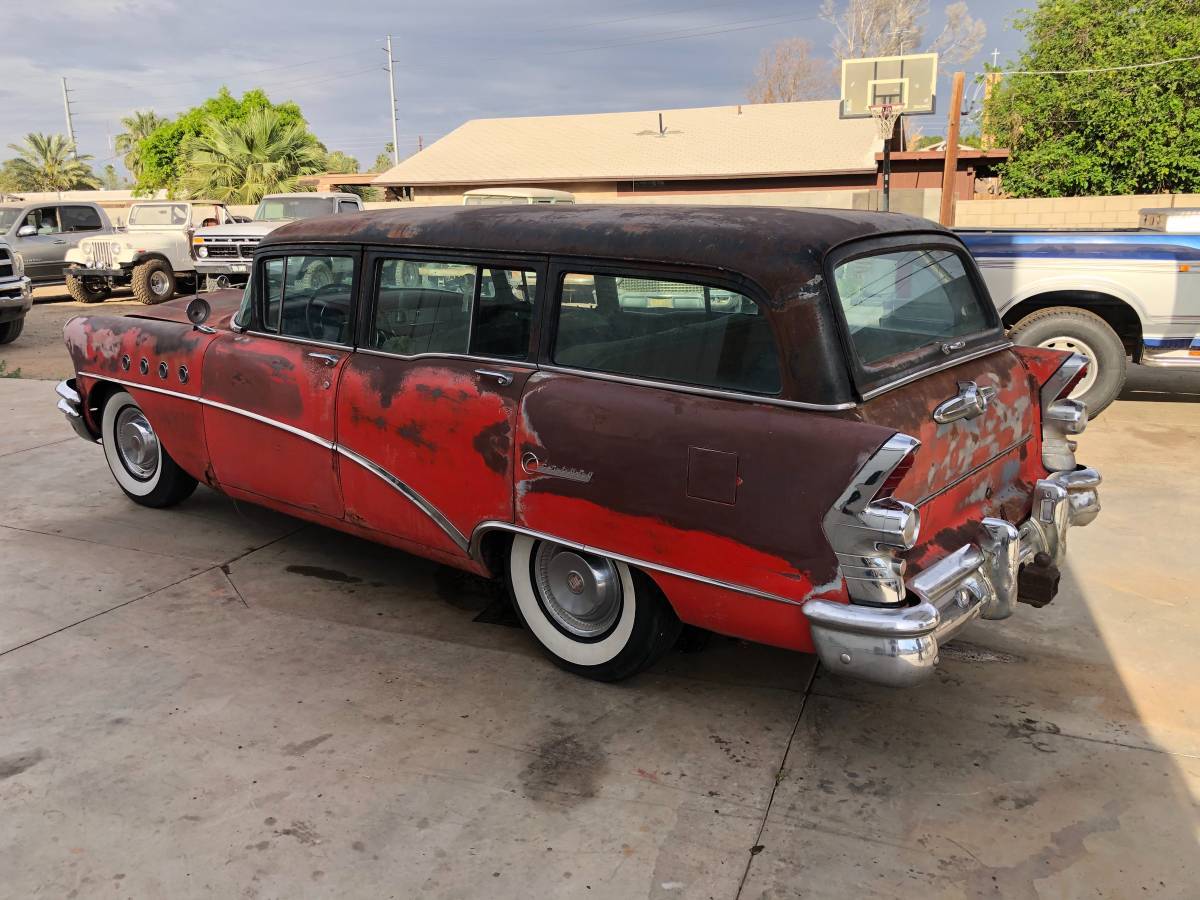 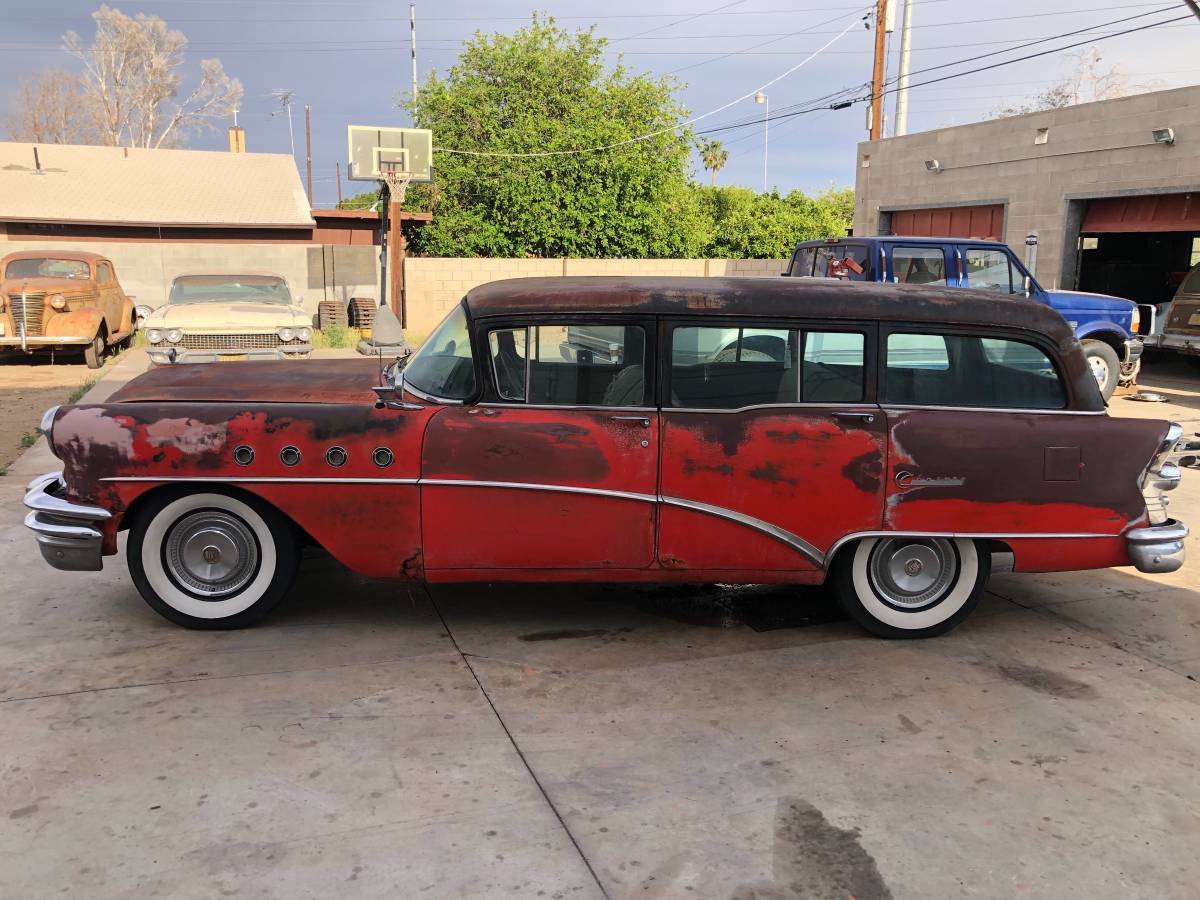 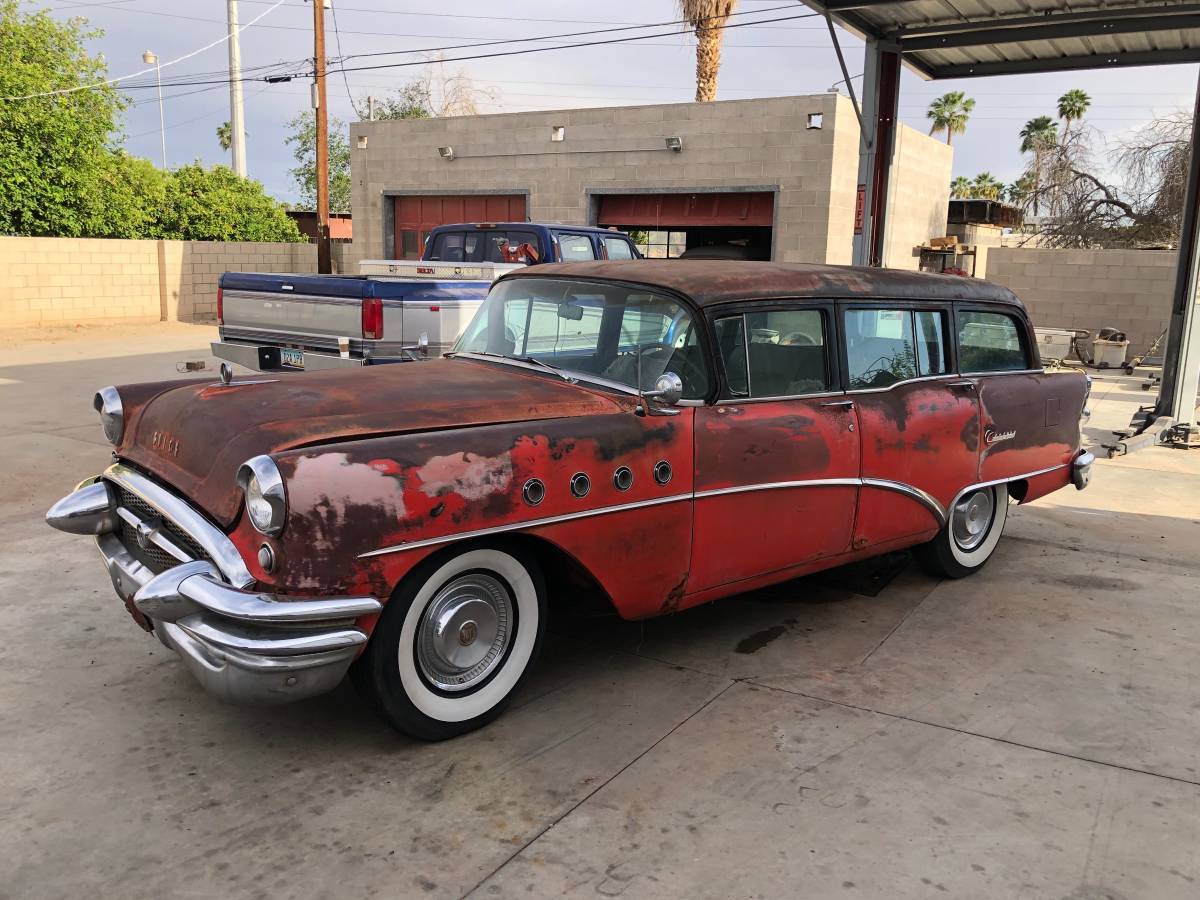 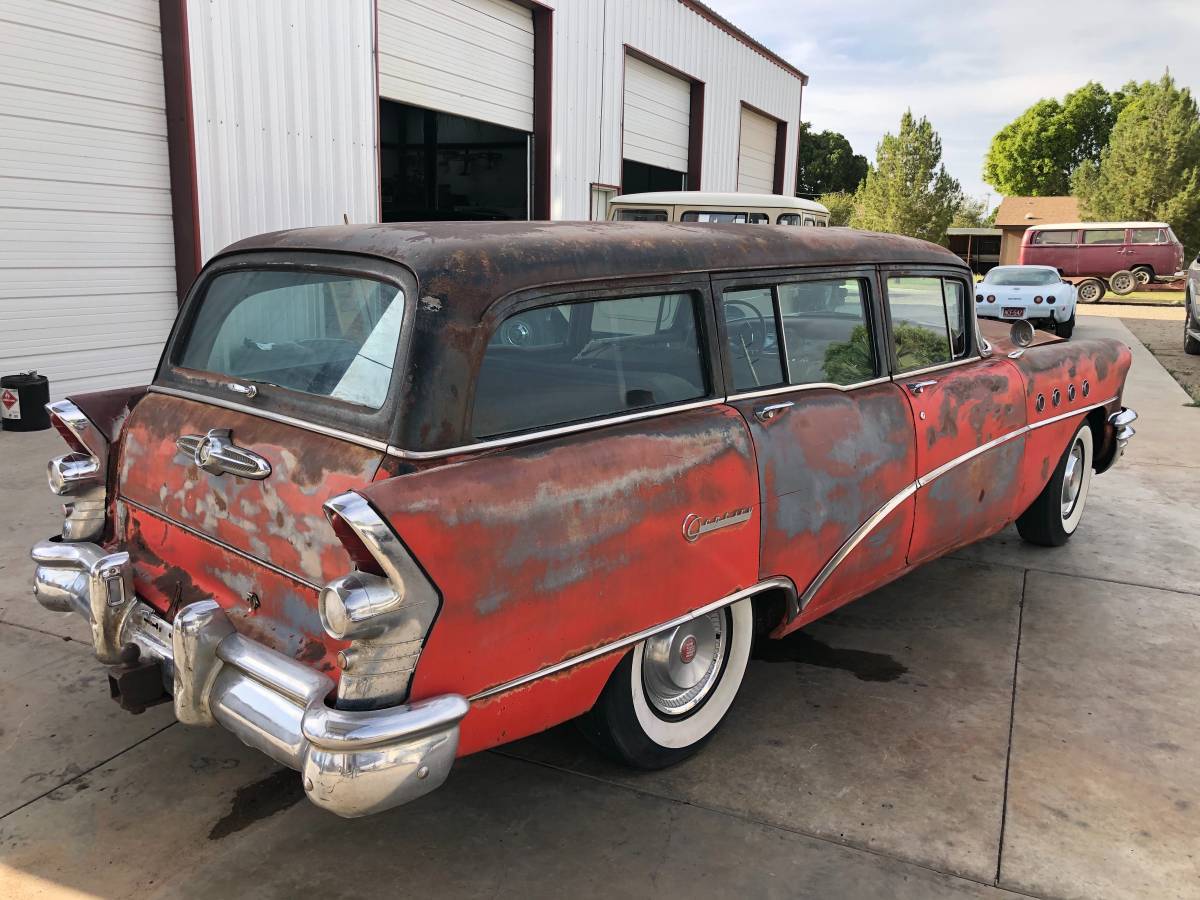 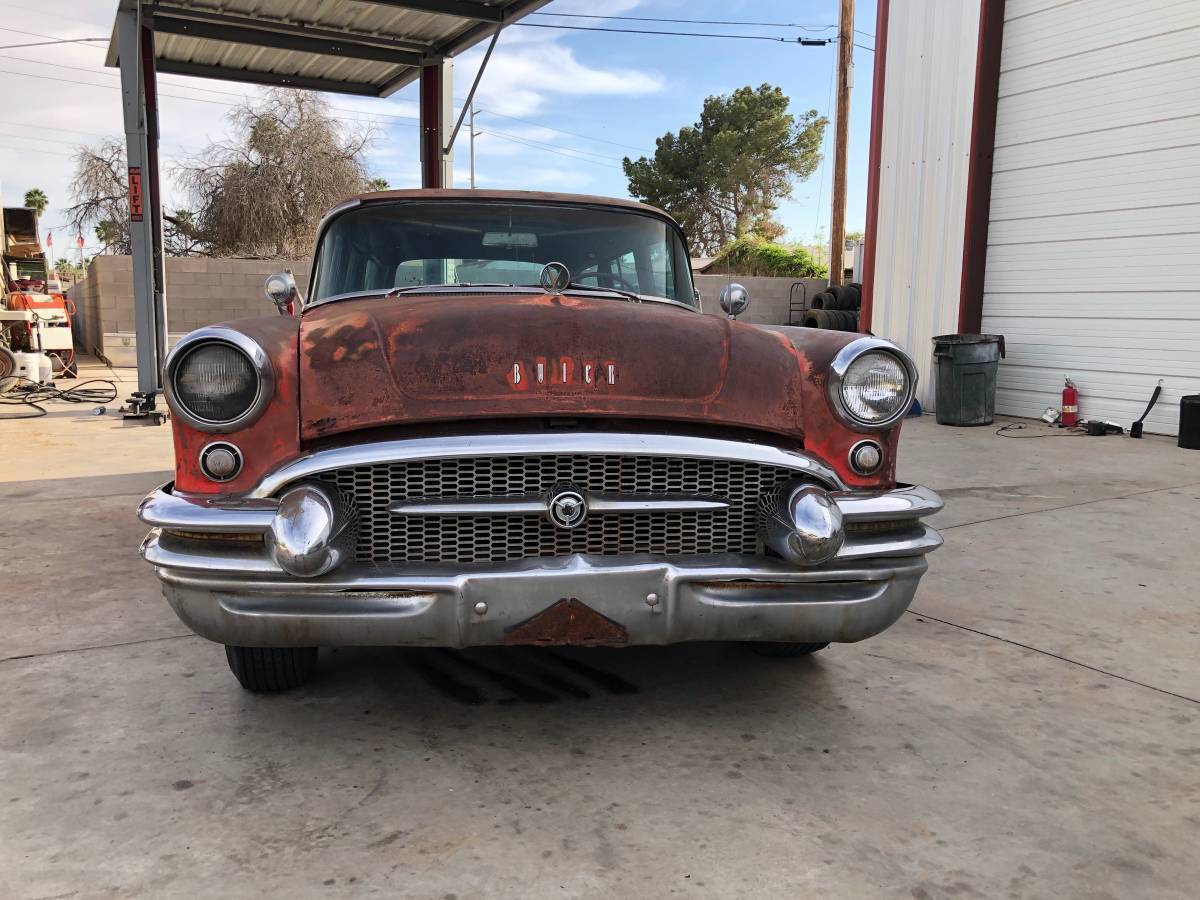 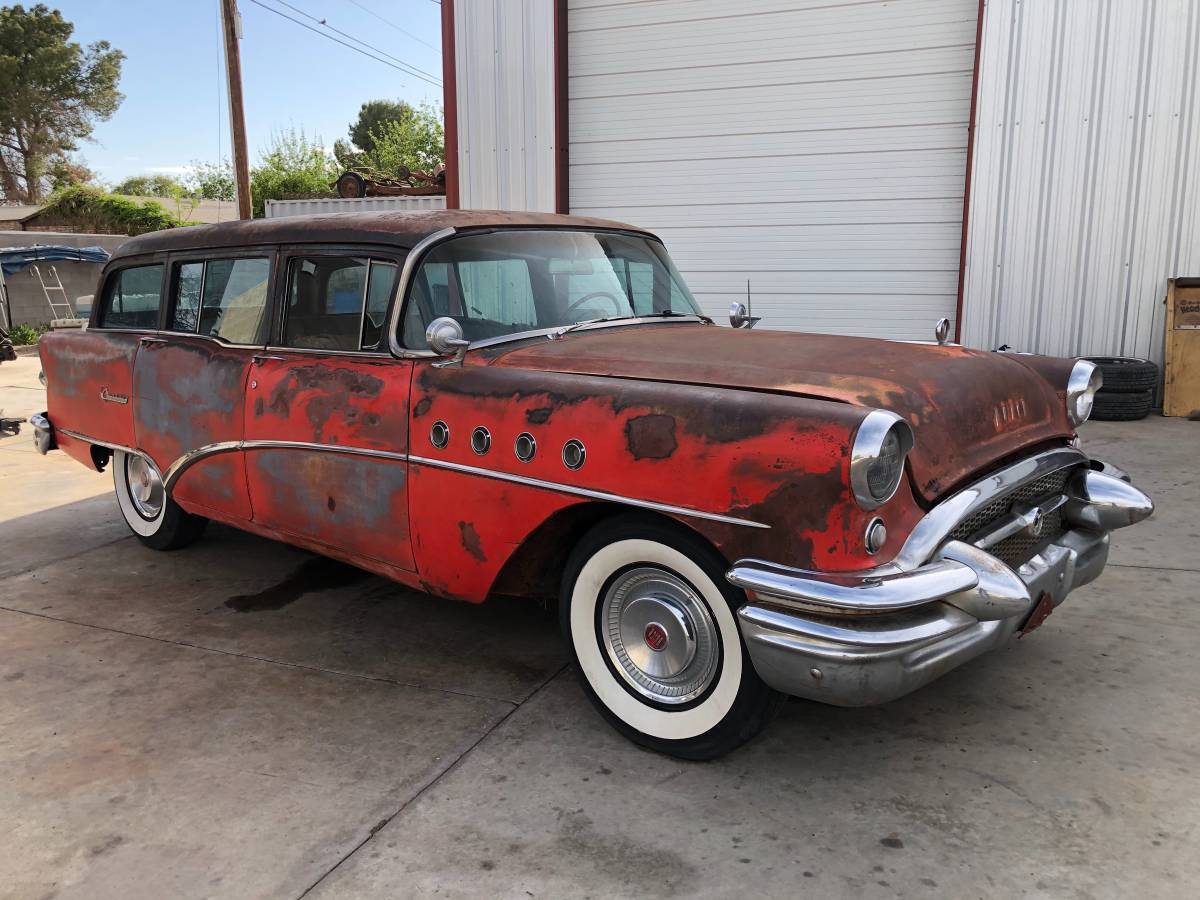 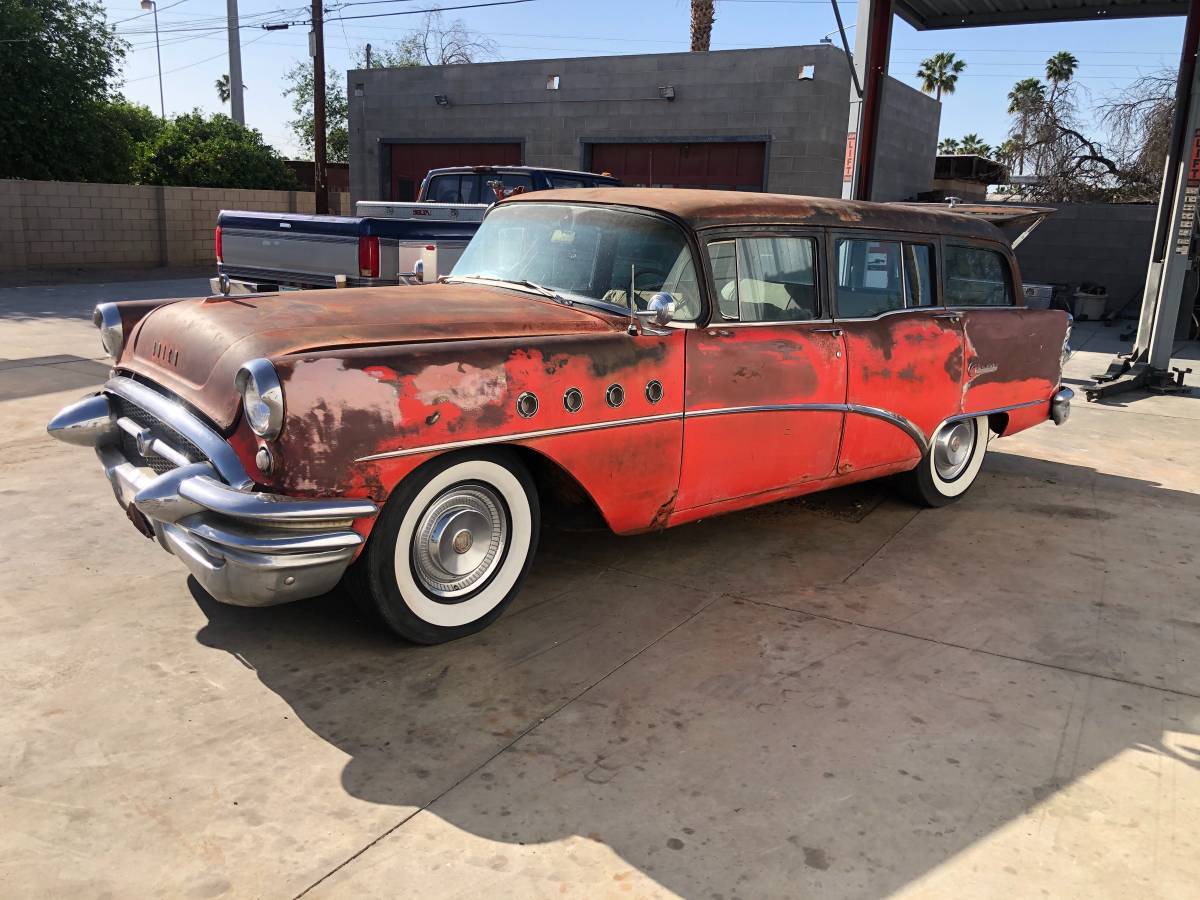 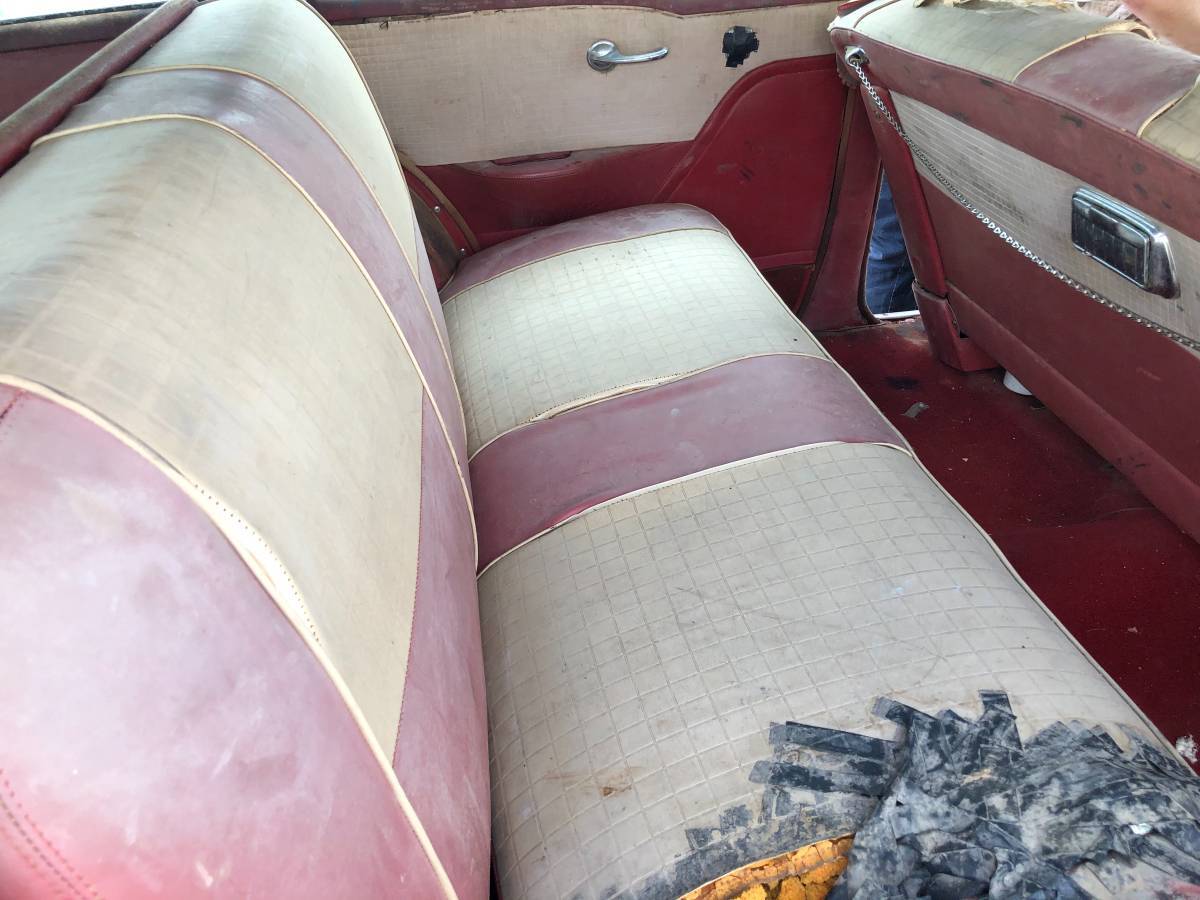 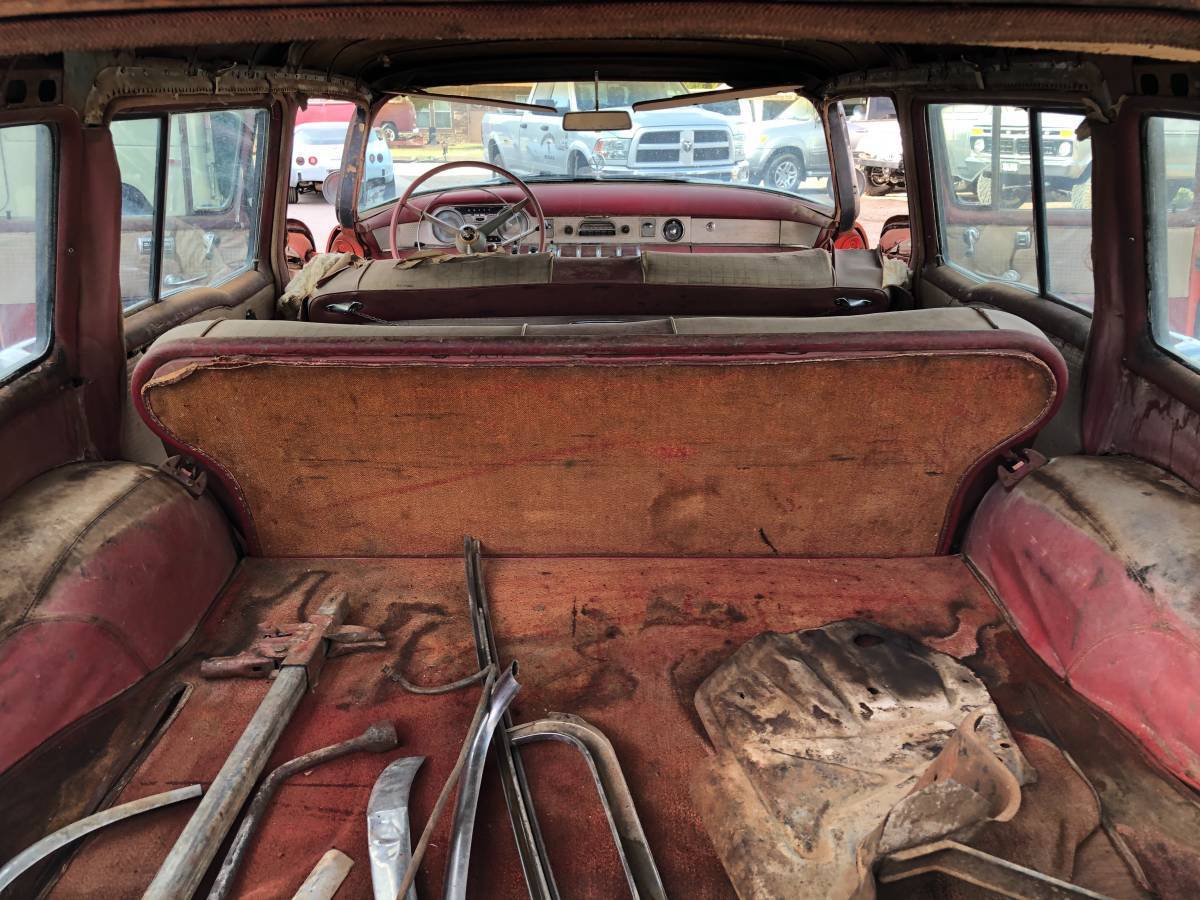 January 18, 2022 Update – We confirmed the seller of this “Classifind” deleted their listing, so we’re now able to call this one “SOLD!” While this one got away, please reach out either by email or call us directly if you’d like to be informed when we come across something similar.

Dagmar front bumpers, Ventiports, Sweepspears, and massive tail lights are the key styling elements that have always gravitated our preference for the much rarer mid-1950s Buicks over the more common Tri-Five Chevrolets. This 1955 Buick Century station wagon originally listed in January 2022 on Craigslist in Tehachapi, California (Bakersfield) appears to be a non-running, but complete project car that could either be turned into a Rat Rod, restored, or even a Restomod depending on the buyer’s preference and bank account.

For 1954, Buick reintroduced the Century using the same formula of mating the smaller, lighter Buick Special body to its largest and most powerful 322 cubic inch “Nailhead” overhead valve V8 engine mated with a Dynaflow automatic transmission, with the intent of giving Buick a performance vehicle. Included in the model lineup during this period was a station wagon model, a body style that had been unavailable during the Century’s first production period of 1936 to 1942.

Introduced in the middle of the 1955 model year, the four-door Buick Century Riviera along with the four-door Special Riviera were the division’s versions of General Motors’ innovative four-door pillarless hardtop body style.  For the first time, the Century was repositioned below the C-body Buick Super and priced lower. However, Centurys continued to feature four VentiPorts on the front fenders like the larger Buick Roadmaster indicating its status equal to the Super, denoting it was a junior level Buick using the shorter B-body. It also introduced the “Panoramic” one-piece wrap-around windshield on all GM cars for 1955.  Engine power rose to 236 horsepower for 1955.

With the values of these mid-century classic wagons on the rise, we’re hopeful the next caretaker decides to choose the restoration path of what appears to be a complete car.  The only item giving us pause is the massive Class III trailer hitch that will need to be removed as well as hinting the non-running engine and transmission will need a rebuild following years of hard duty.

“Selling a 1955 Buick Century Wagon, for 8200 obo. All original, it has some rust but overall still in good shape. It doesn’t run so will need to be towed. Has the original nailhead engine (not frozen) and automatic transmission.

The car restored is gonna be worth over 50k, look it up and do your research.

If you are interested contact me through CL and leave a number, sorry but I probably won’t get back to you if you don’t leave a number”

Restore or Rat Rod: what would you do with this 1955 Buick Century Station Wagon project?  Comment below and let us know!