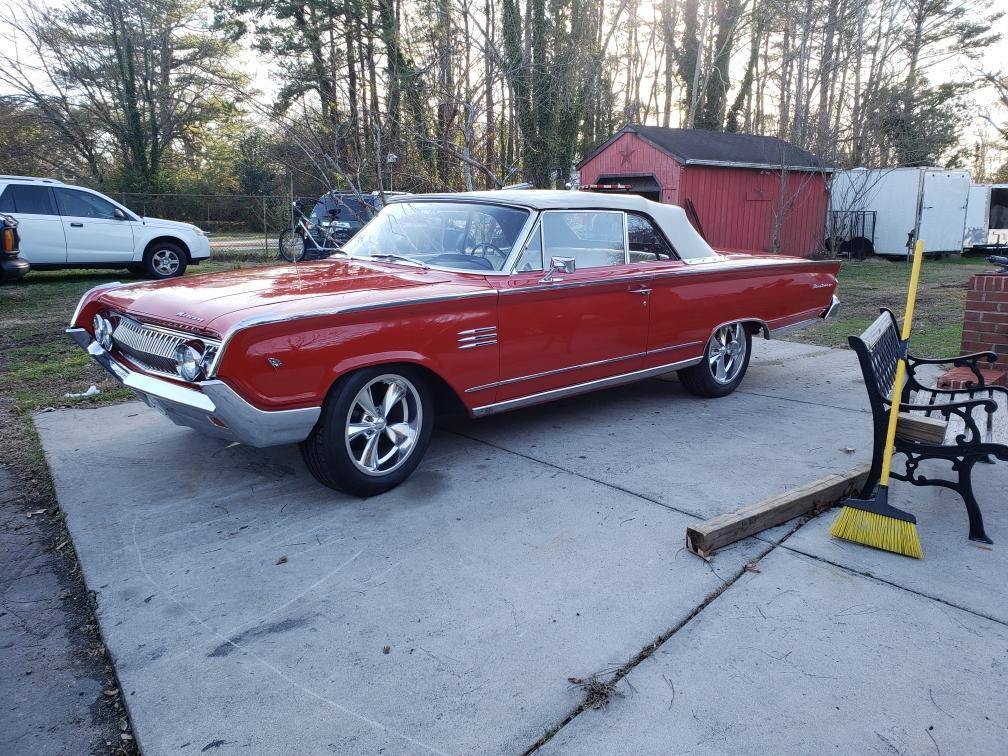 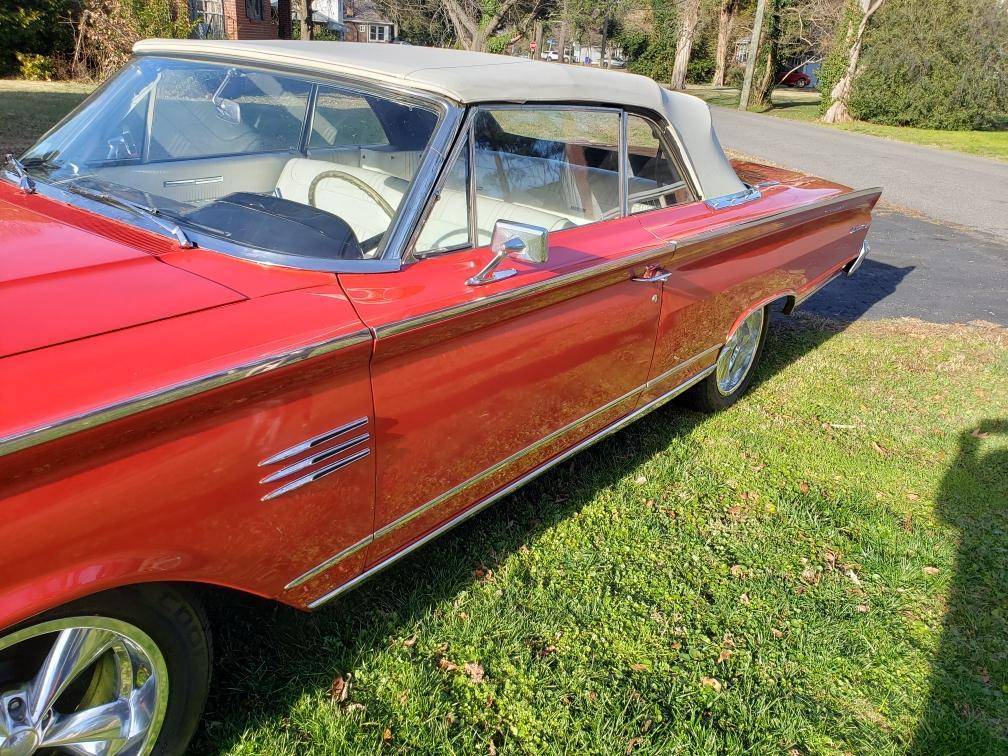 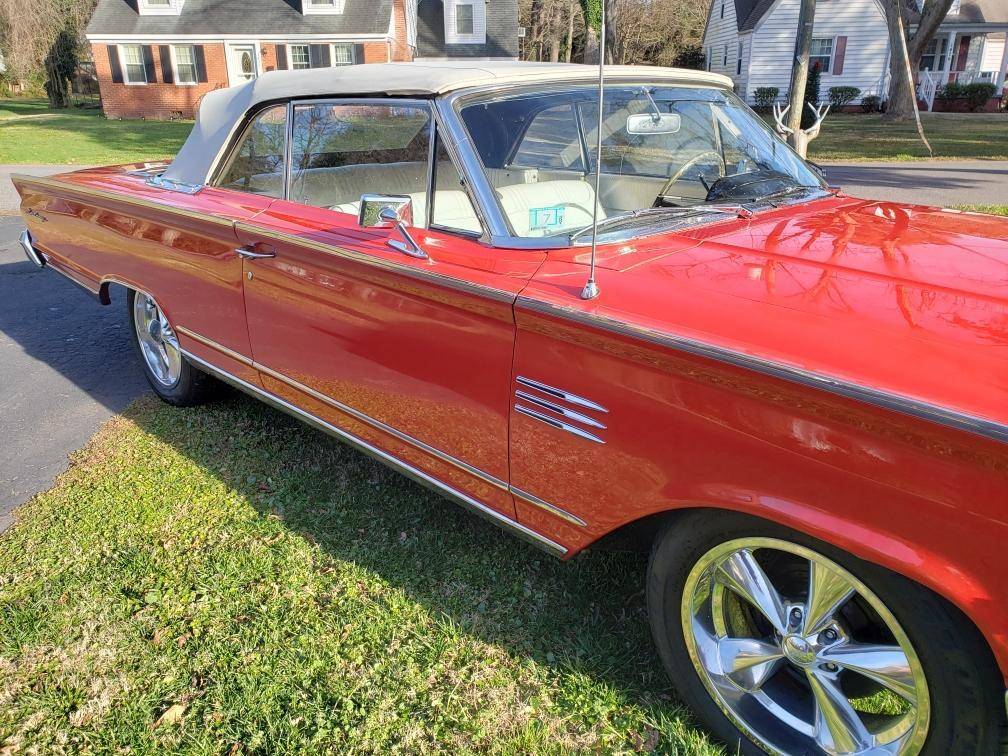 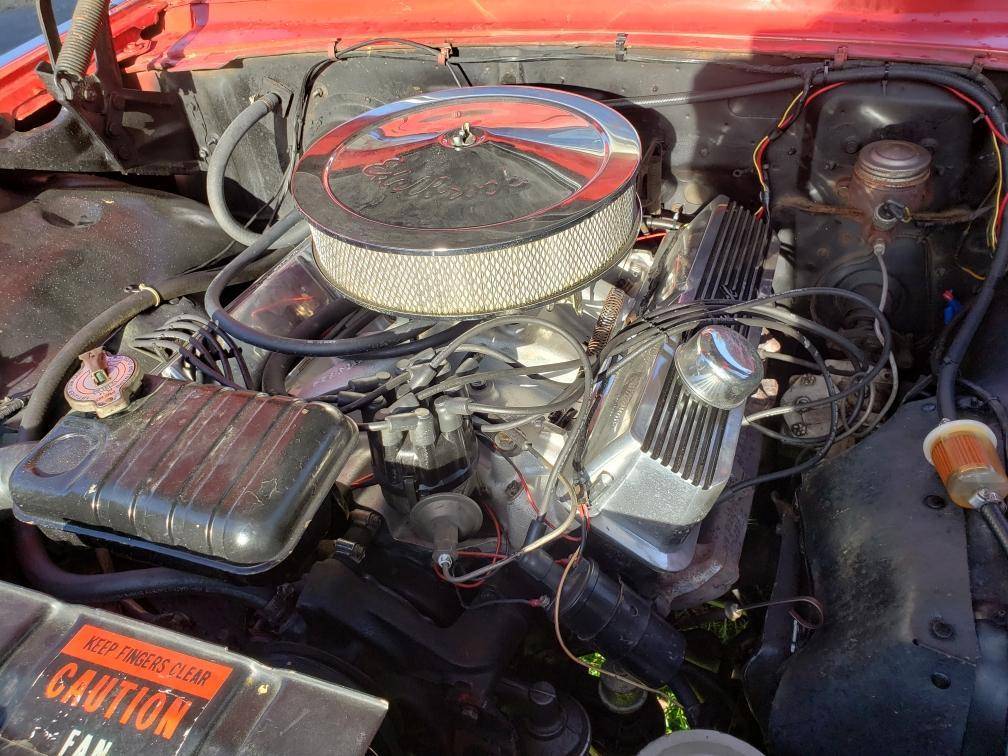 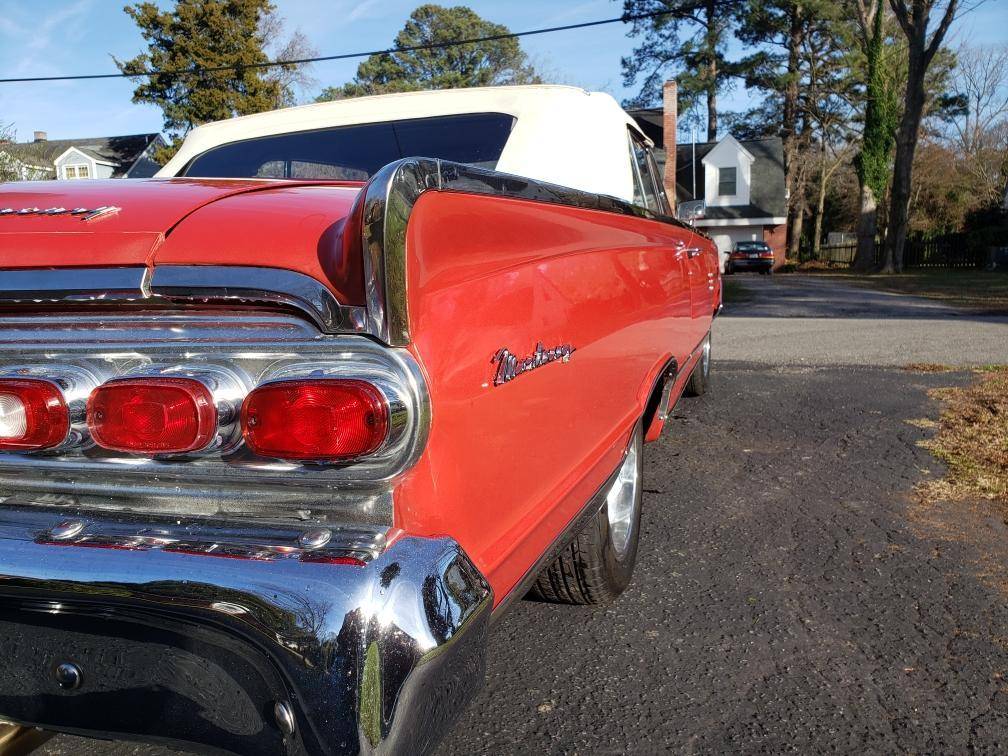 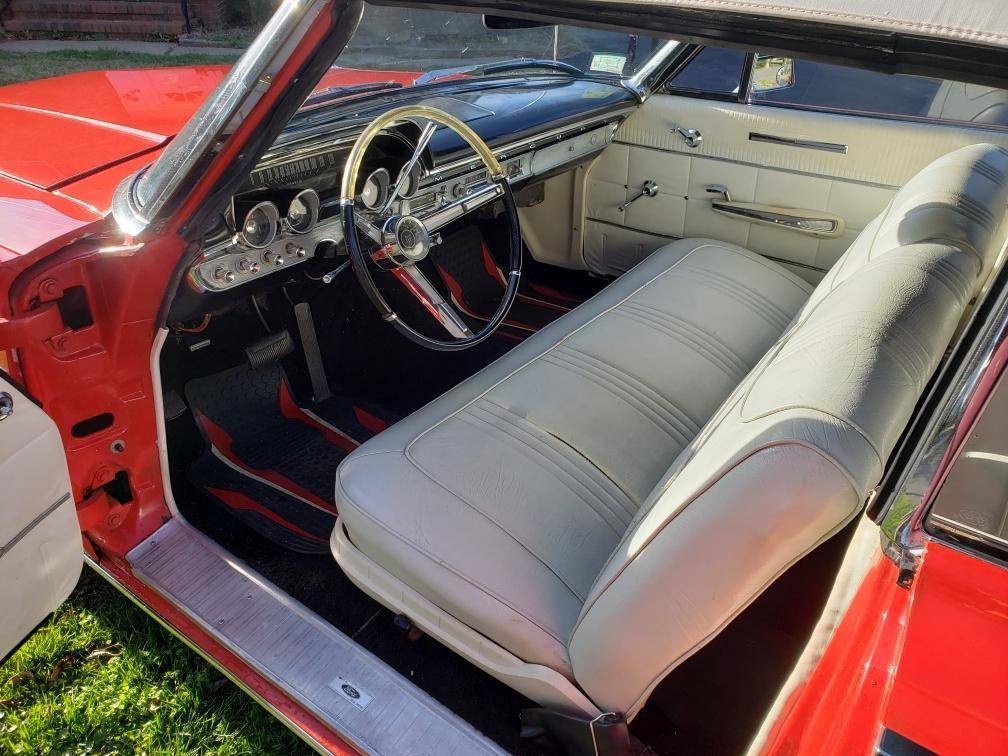 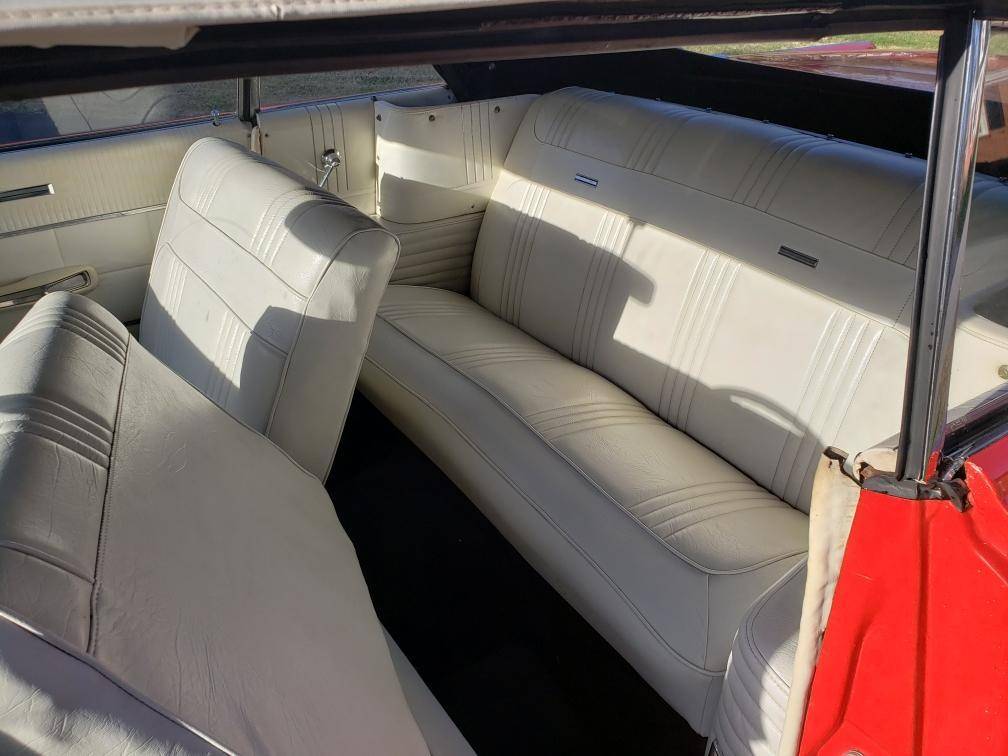 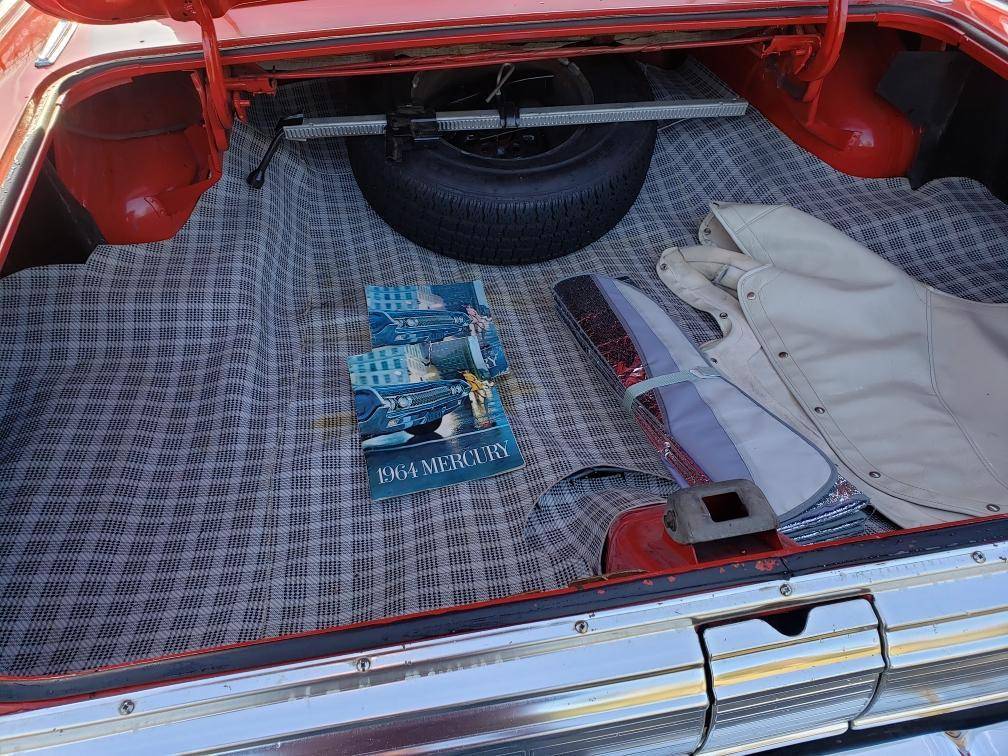 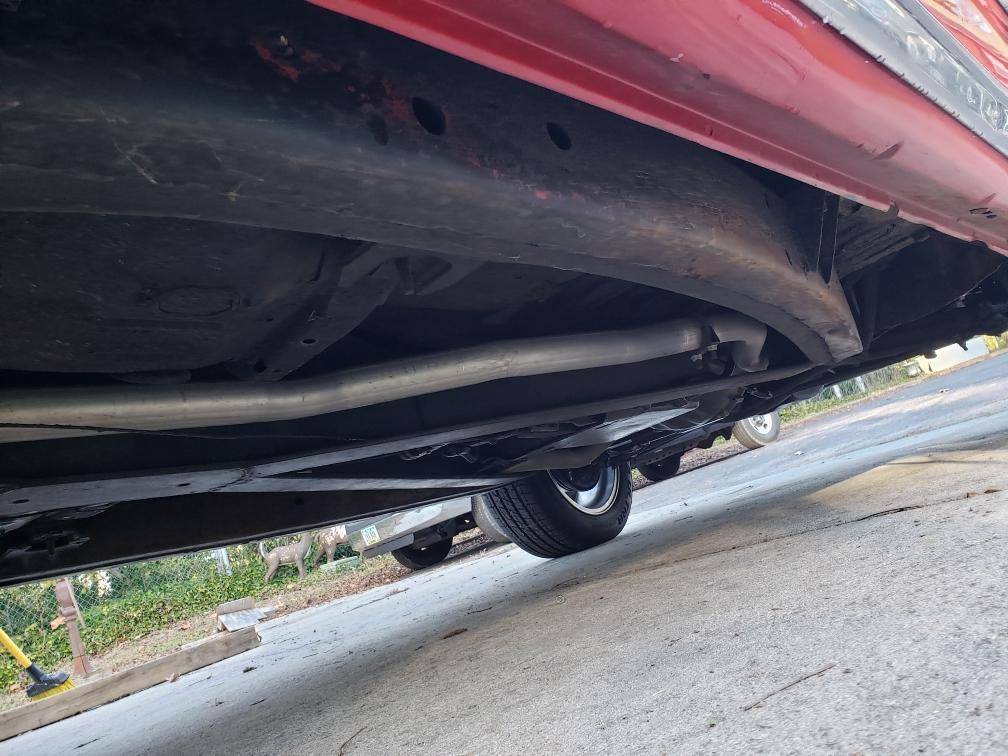 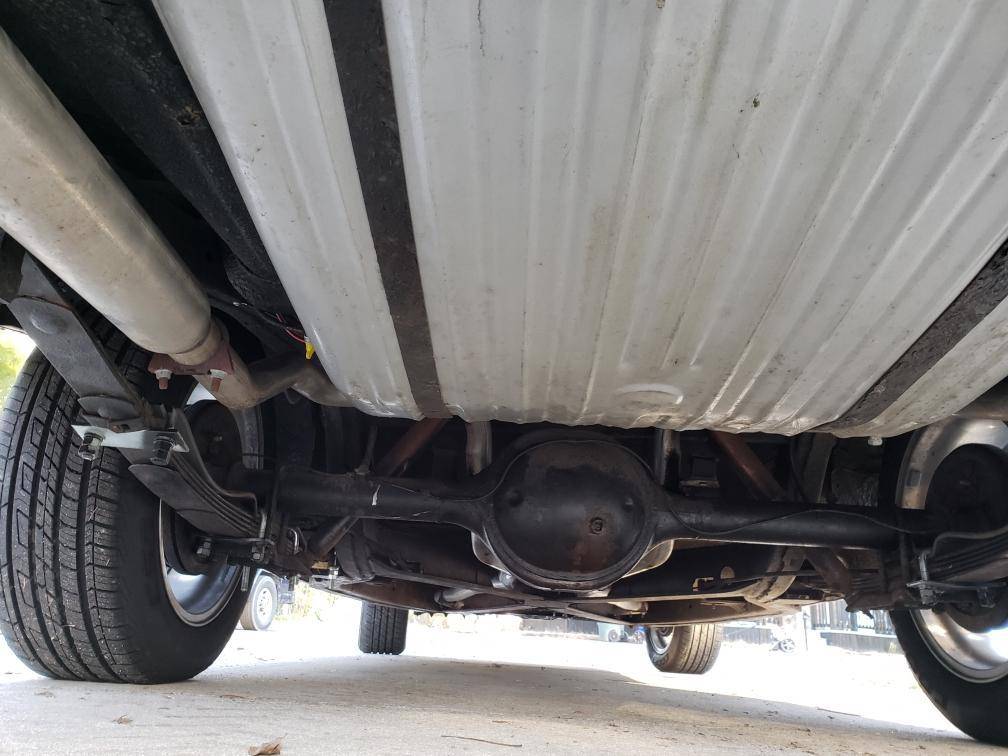 February 16, 2022 Update – We just confirmed the listing for this “Classifind” expired, so with no replacement found we’re assuming this ride “Sold?” While this one got away, please reach out either by email or call us directly if you’d like to be informed when we come across something similar.

When new, most 1960s vintage cars came standard with either 14- or 15-inch diameter wheels. Despite their large sidewall tires, these wheels look tiny supporting a typical full-size American land yacht.  Consequently, it’s not surprising to see many owners upgrade their cars with massive American Racing style wheels to update the look of their ride.  Our latest example is this 1964 Mercury Monterey convertible originally listed in January 2022 on Craigslist in Norfolk, Virginia. The twenty-two-inch diameter chrome five-spoke rims complement the classic red-over-white color combination of this Mercury convertible.

Ford’s Mercury Division used the “Monterey” brand name on its full-size car line from 1952 through 1974 across seven generations and many different body styles. Over its twenty-two years of production, Monterey served as the flagship, mid-range, and entry-level offering of the full-size Mercury product range. The only Mercury nameplate to be in continuous production throughout the 1960s, the Monterey was slotted above the Medalist, Custom, and Meteor; later, it was slotted below the Turnpike Cruiser, Montclair, Park Lane, and Marquis.

In 1961, Mercury underwent a major transformation of its model line for its sixth-generation Monterey. Corresponding with Ford killing the stillborn Edsel experiment after 1960, Mercury again shared a bodyshell with a divisional counterpart, shifting from Edsel to Ford, with the Monterey becoming the equivalent of the Ford Galaxie. Consequently, Mercury discontinued the Montclair and Park Lane and shifted the Monterey from the base-trim Mercury sedan to its flagship, slotted above the newly-introduced Mercury Meteor. One of the first examples of downsizing, by adopting a common chassis and body with Ford, the Monterey lost six inches of wheelbase, nearly two inches of width, and over four inches of length; dependent on powertrain, the 1961 Monterey shed over 300 pounds of curb weight. At 120 inches, the Monterey was given a 1-inch longer wheelbase than the Galaxie.

Mercury offered the sixth-generation Monterey in four body styles, including two and four-door hardtops, a four-door sedan, and a two-door convertible. Sharing its roofline with the Galaxie (except for the Starliner fastback), the Monterey differed primarily by its grille; in place of two large taillamps, Mercury used six small taillamps. While slightly more adorned than its Galaxie counterpart, the Monterey continued to adopt more subdued styling, shifting chrome trim nearly entirely to the front and rear fascias and the roofline.

Shared with the Ford Galaxie, the Monterey again received the 175 horsepower, 292 cubic-inch Y-block V8, with the option of 352 and 390 cubic-inch FE V8s (220 and 300/330 horsepower, respectively). Both three-speed manual and automatics were offered, with a 4-speed manual becoming an option.

For 1964, Mercury once again revised its sedan offerings with the Montclair and Park Lane brand names making their return. In another change, the Marauder fastback was introduced as a four-door hardtop (giving Mercury a second roofline distinct from Ford); while performance-oriented, all three Mercury sedans offered the Marauder roofline as an option. In line with the Ford Thunderbird, the entire front fascia became more convex, with a more closely-fitting front bumper. Coinciding with the Montclair and Park Lane, the Monterey was reintroduced as a two-door sedan; the four-door hardtop was only offered as a Marauder fastback.

The Osborne Tramain YouTube Channel features this vintage 1964 Mercury commercial promoting the high-performance version of the Monterey known as the Marauder:

The seller says their 1964 Mercury Monterey convertible is “A Nice Car” and based on the pictures provided, we agree. While the FM-converter-equipped AM Radio might be “Old School”, the modern twenty-two-inch Mags more than make up for it.

Show or go: what would you do with this 1964 Mercury Monterey convertible for sale?  Comment below and let us know!