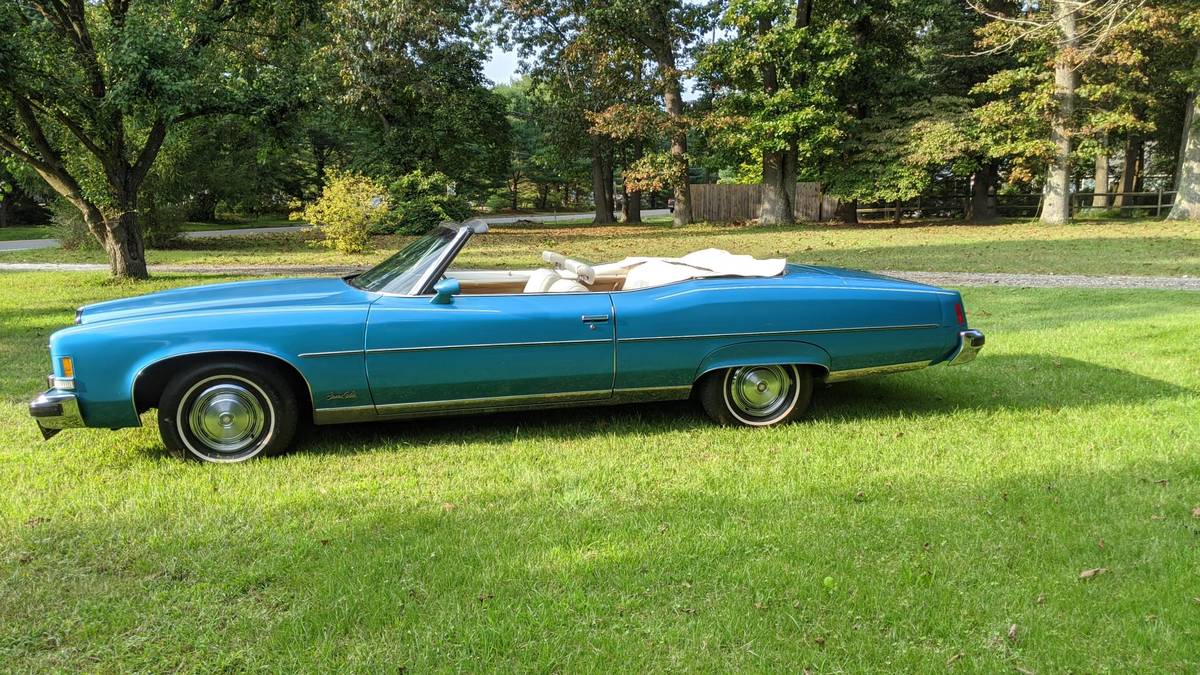 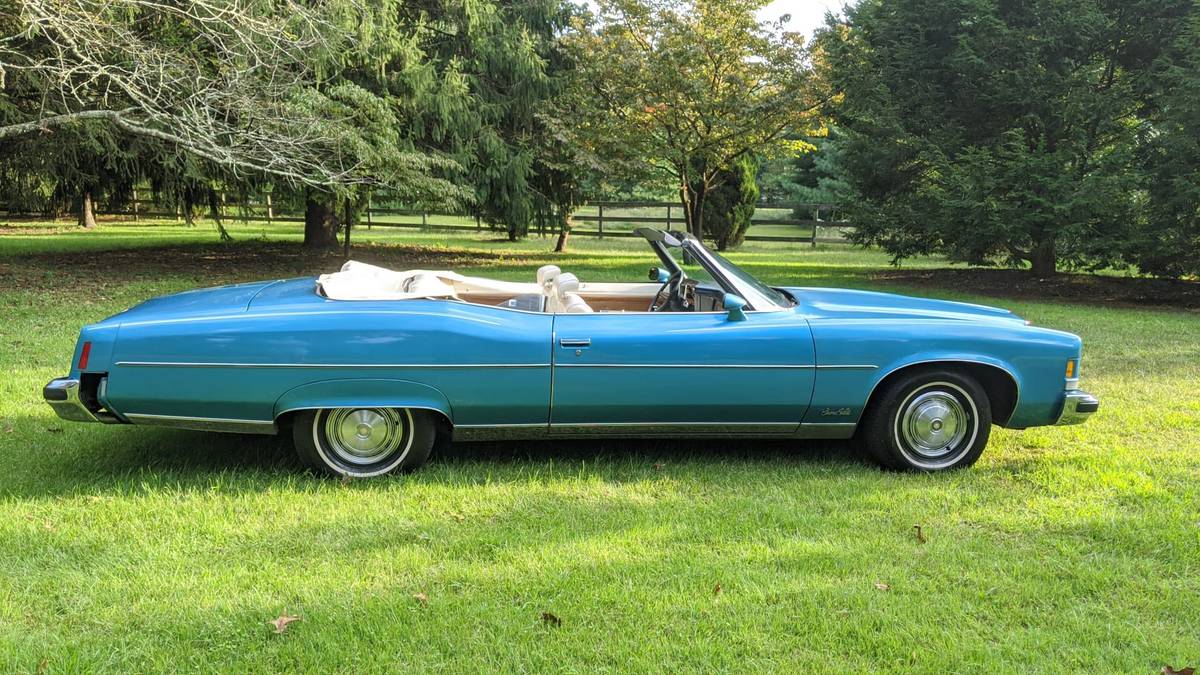 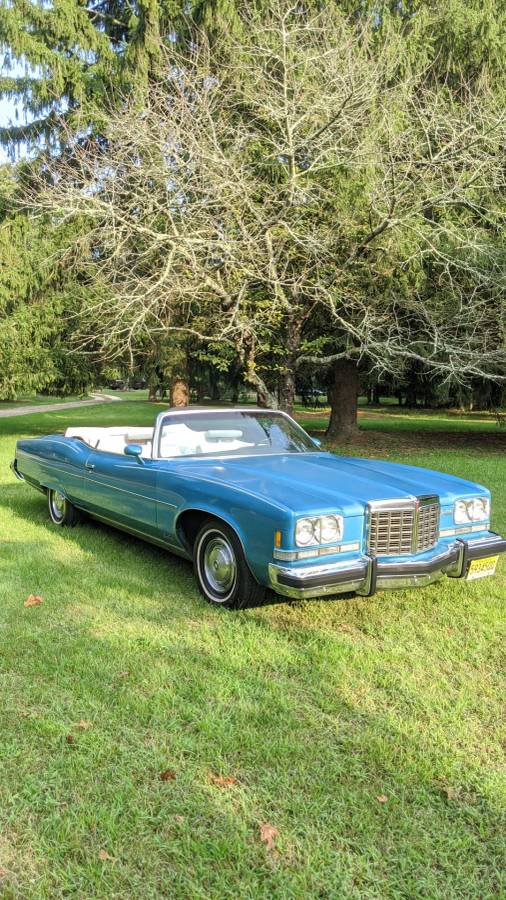 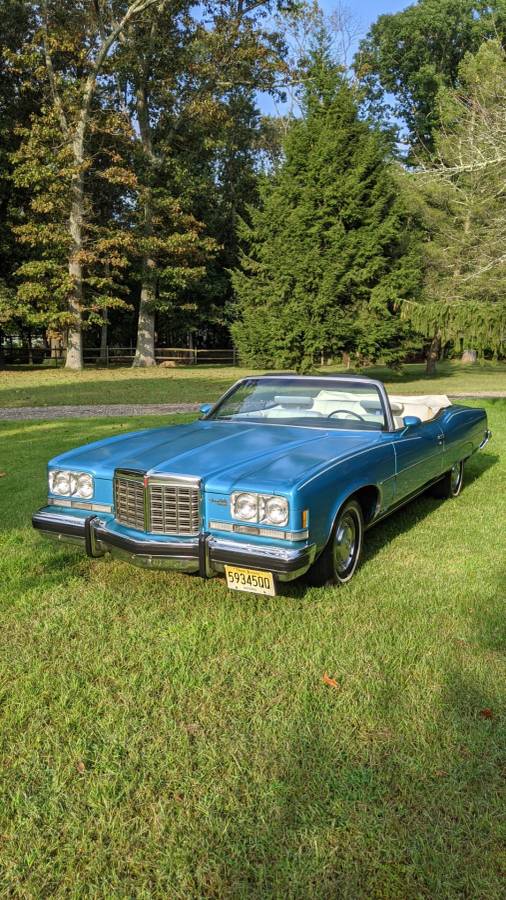 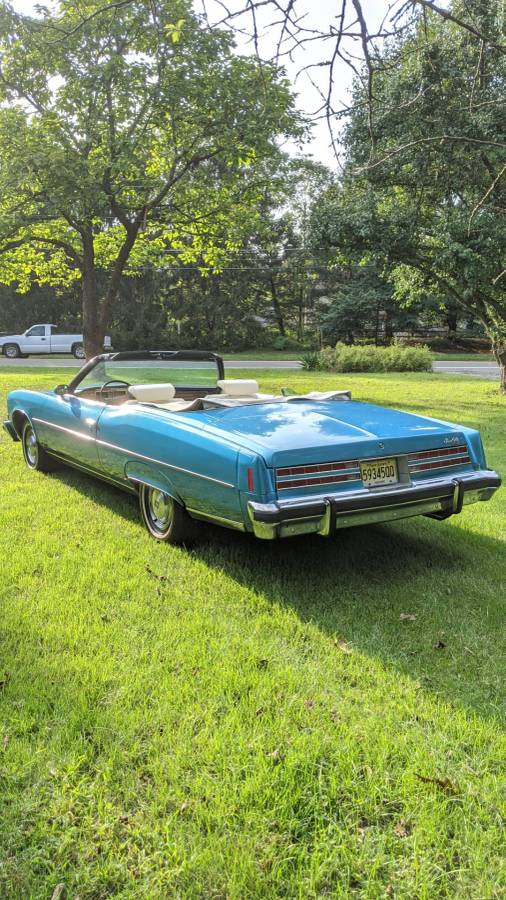 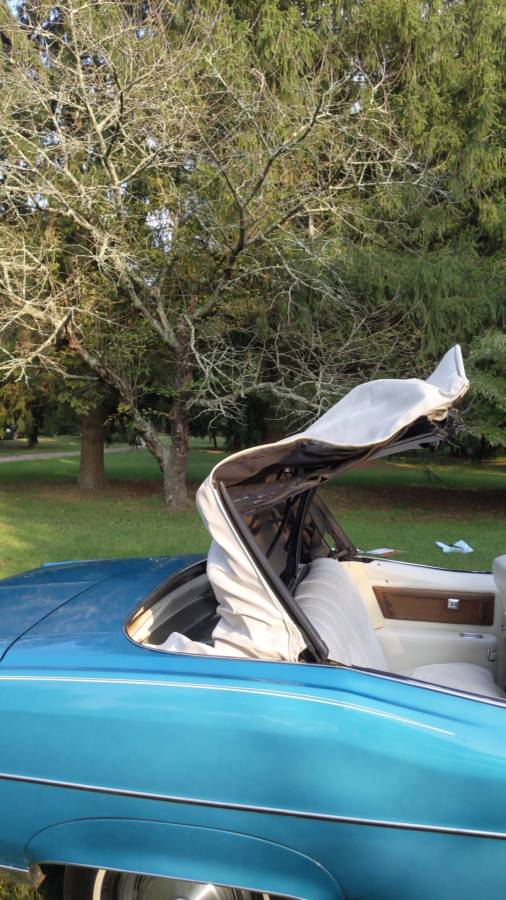 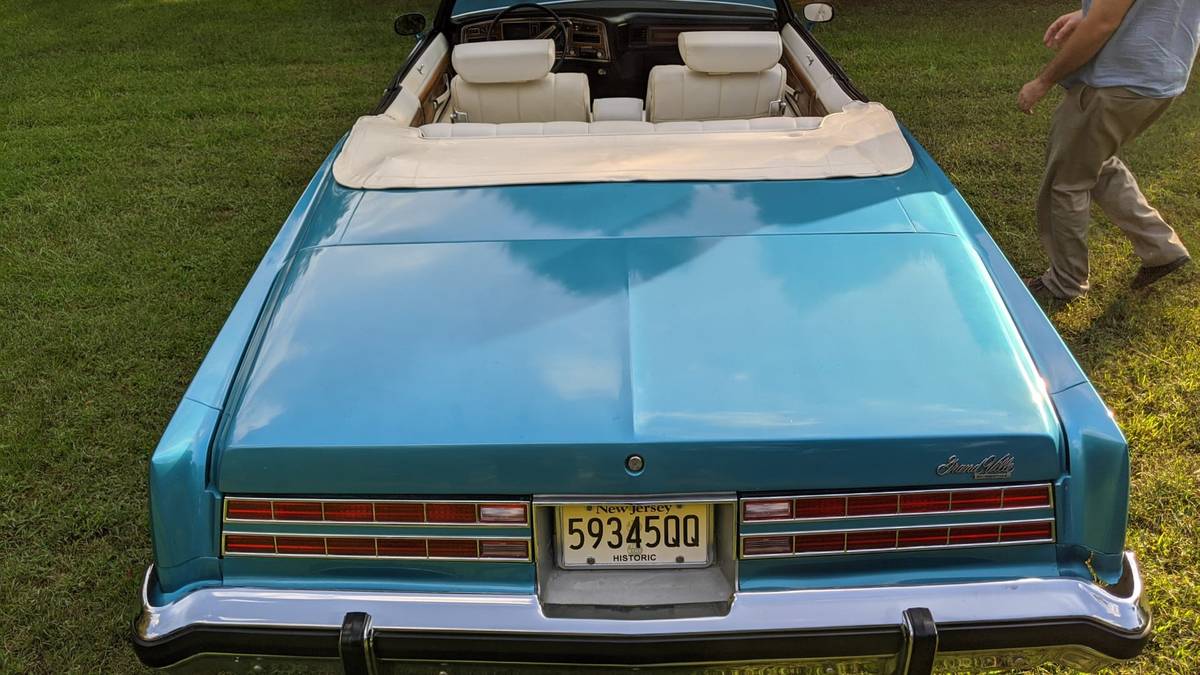 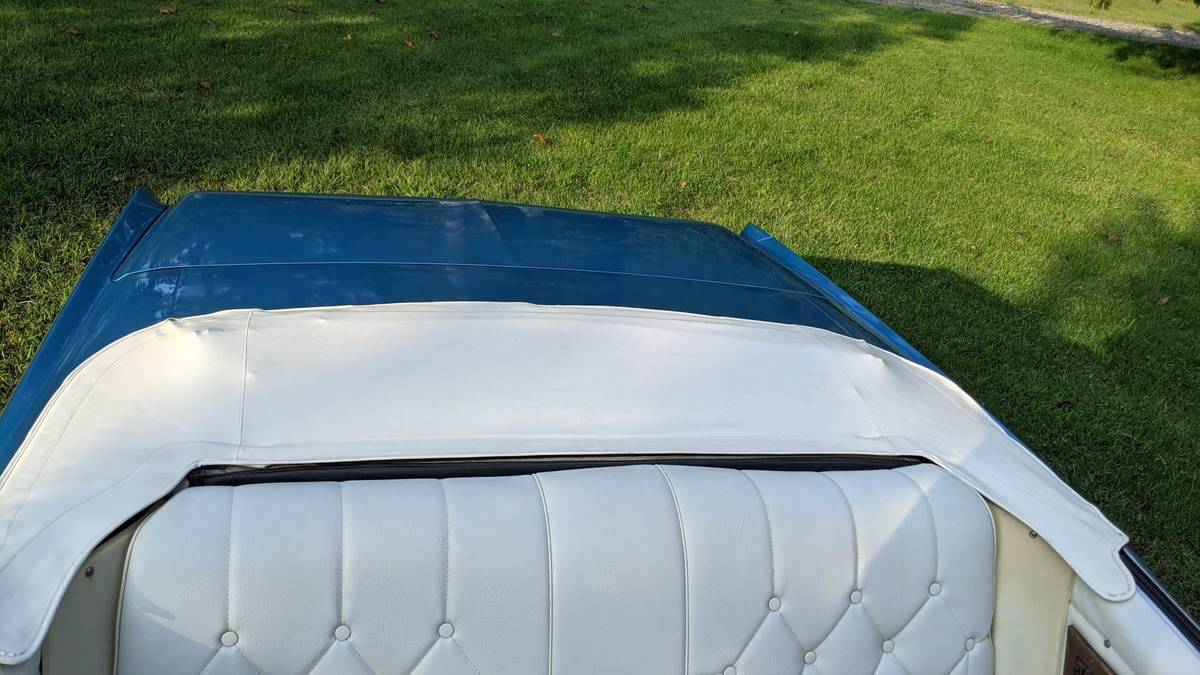 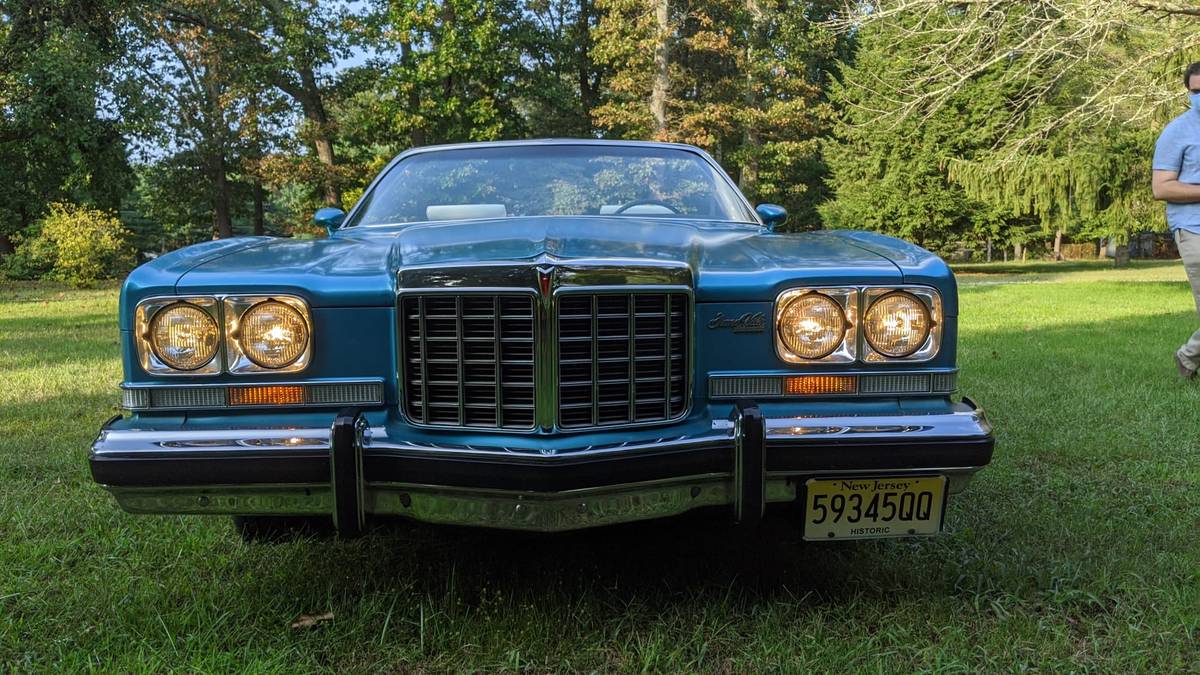 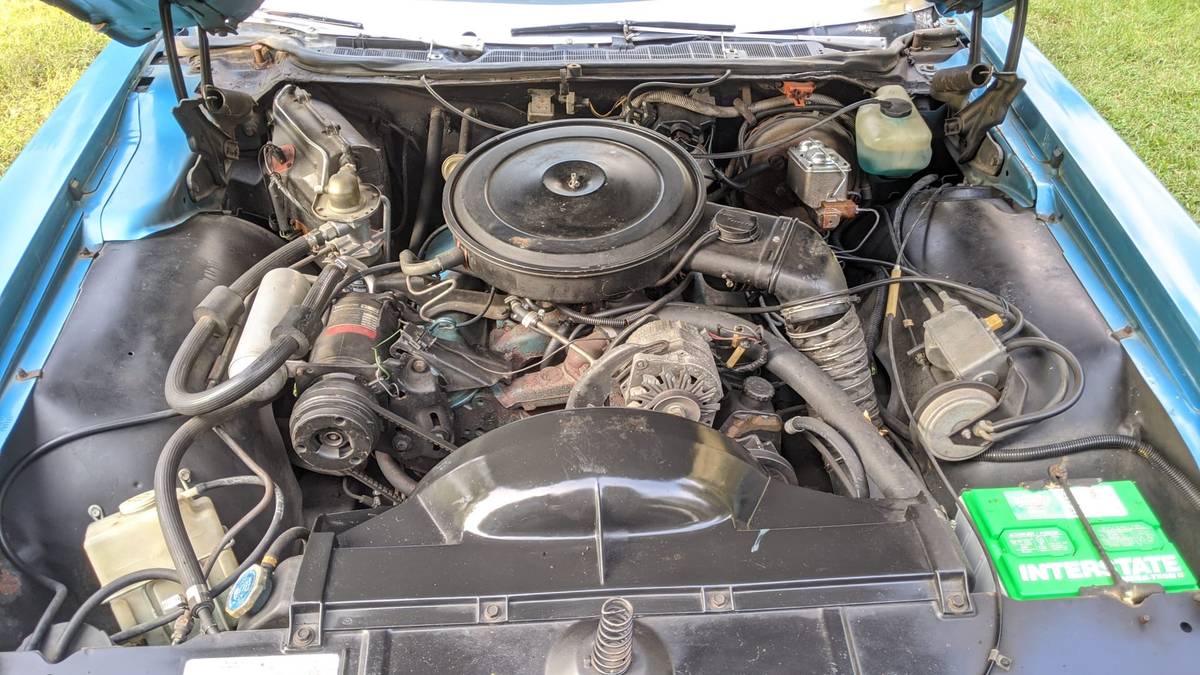 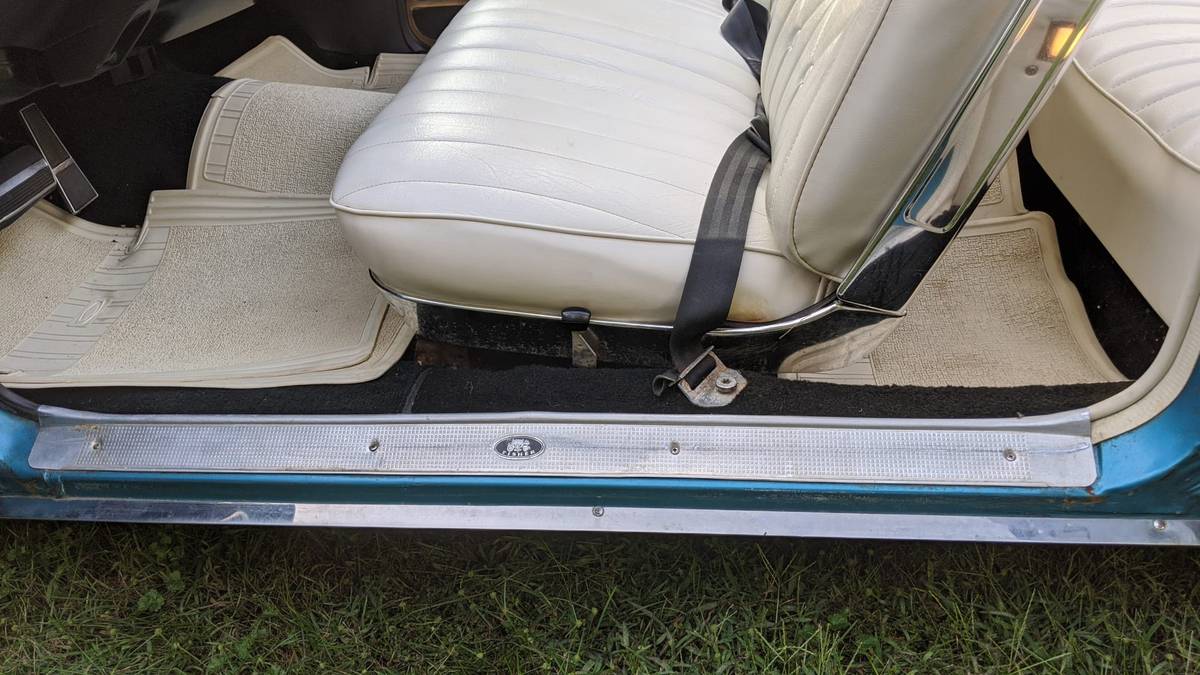 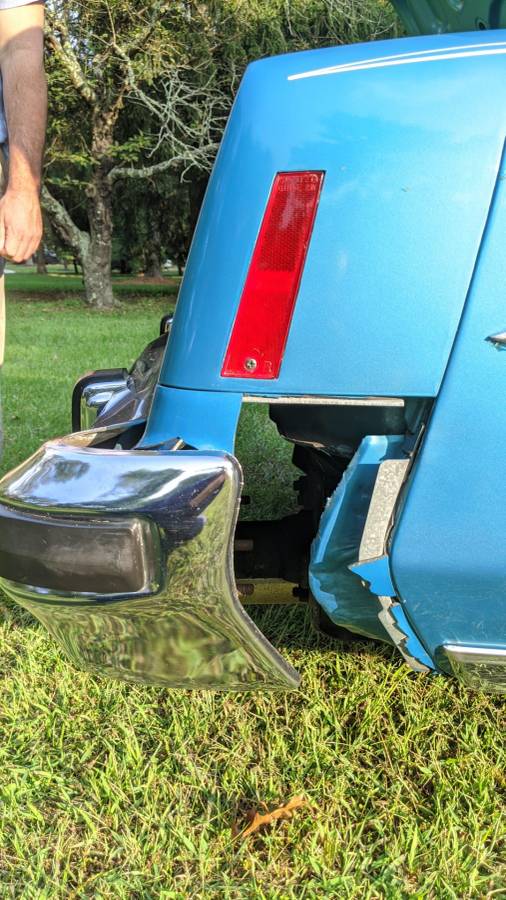 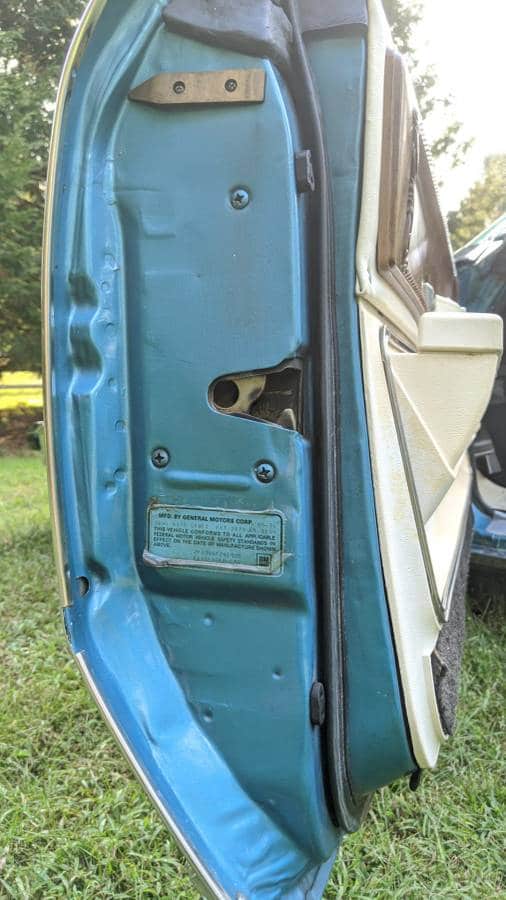 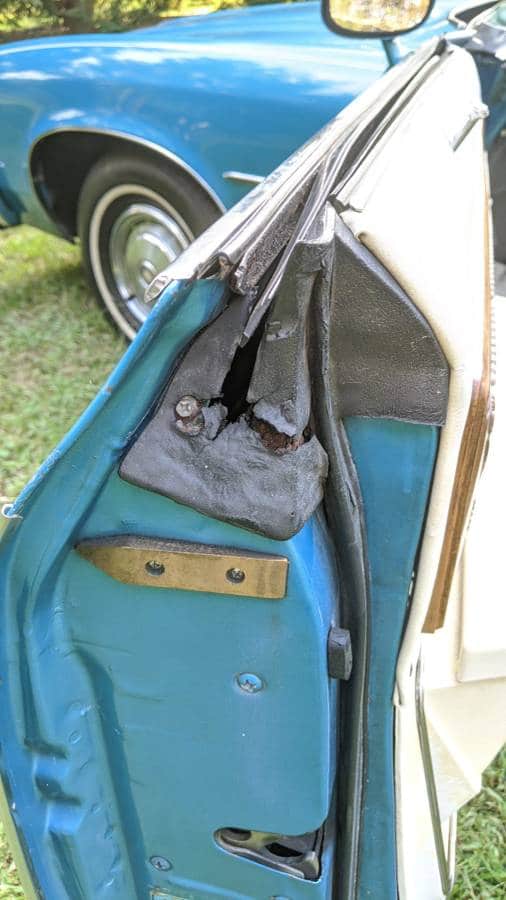 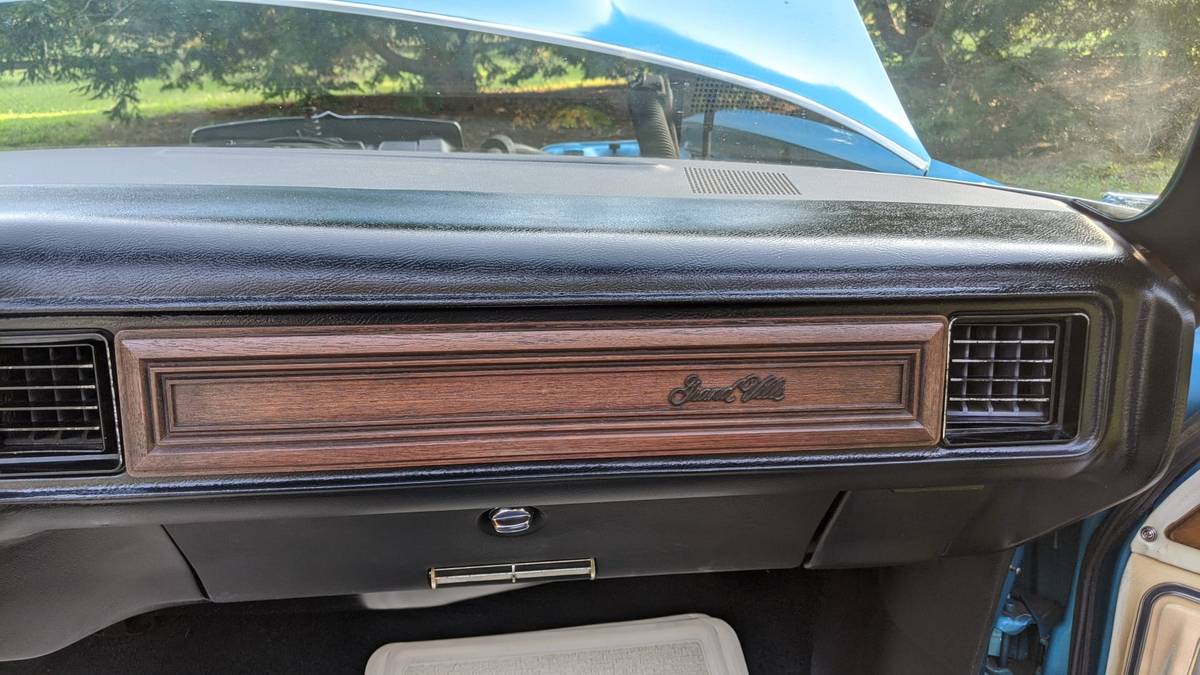 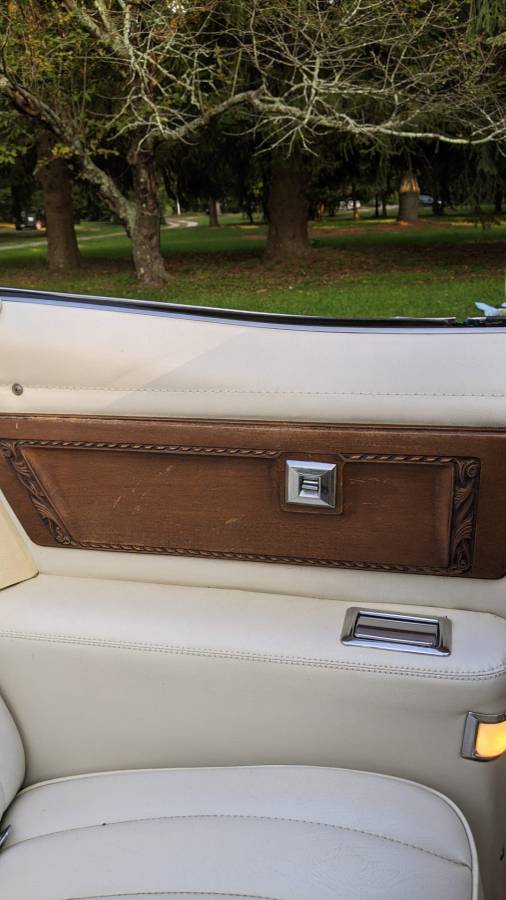 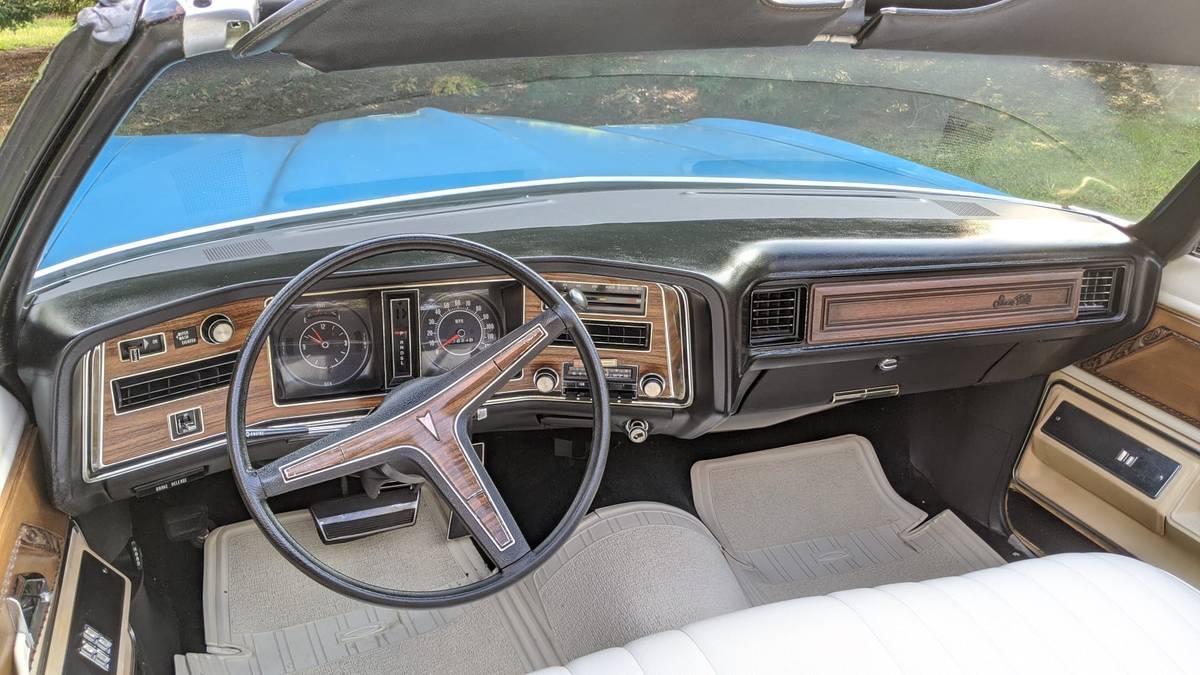 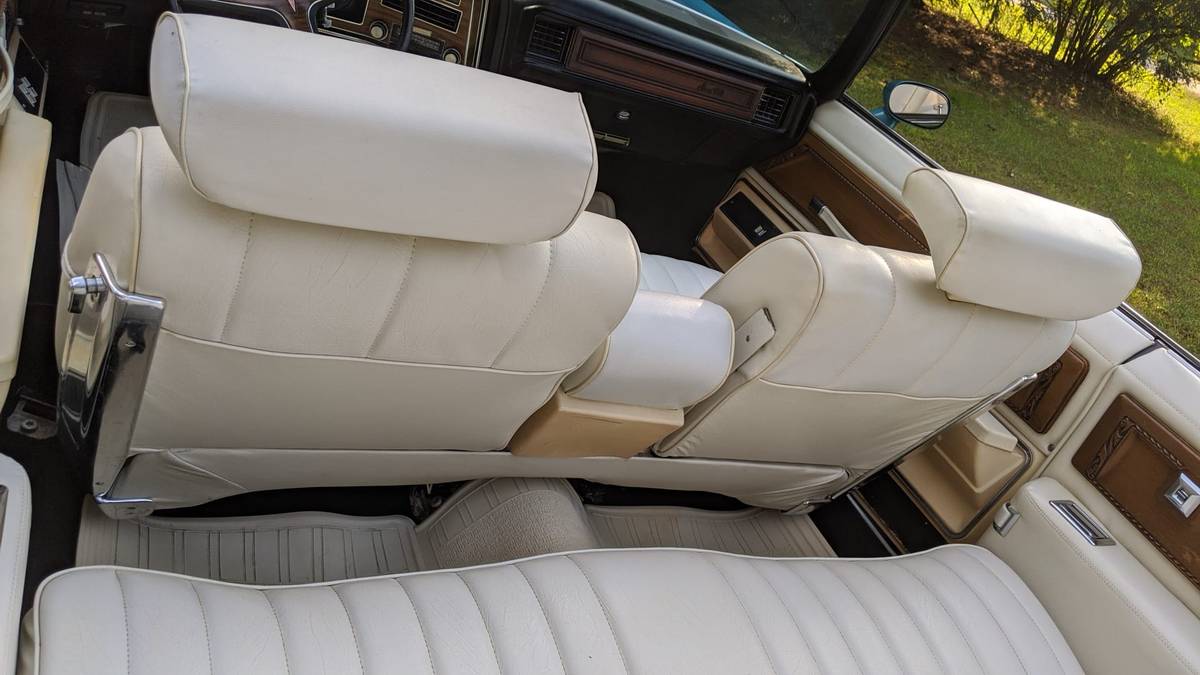 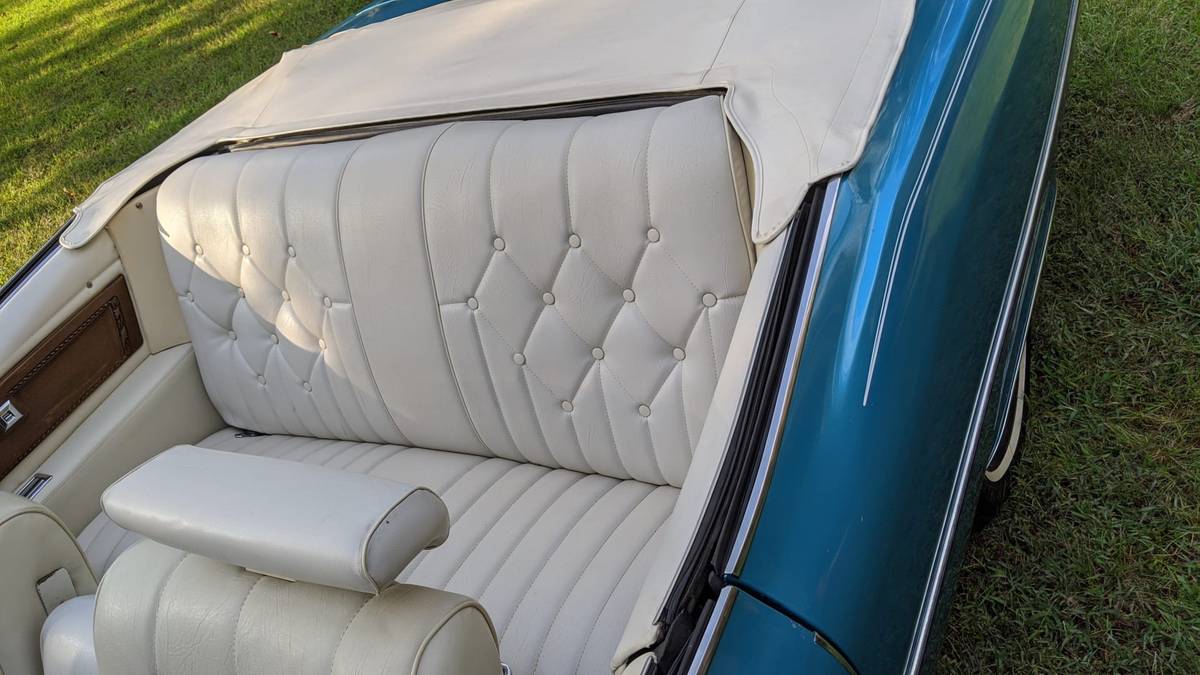 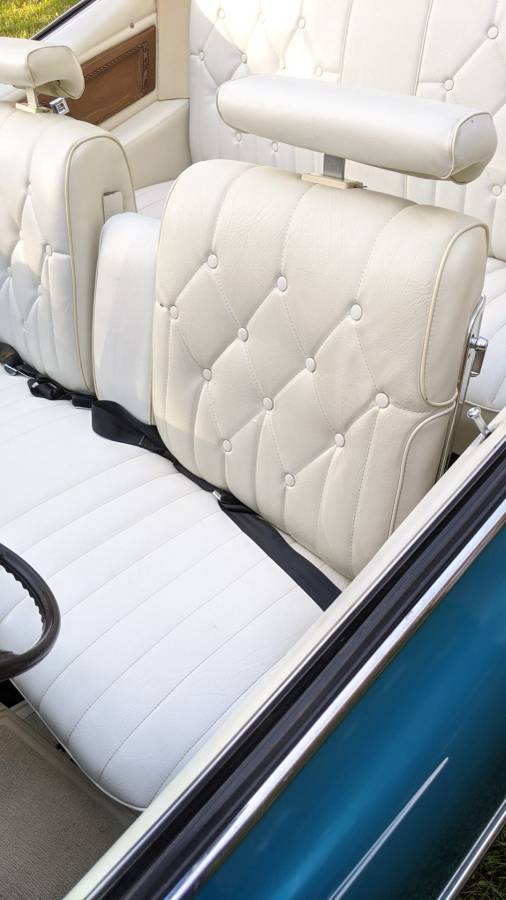 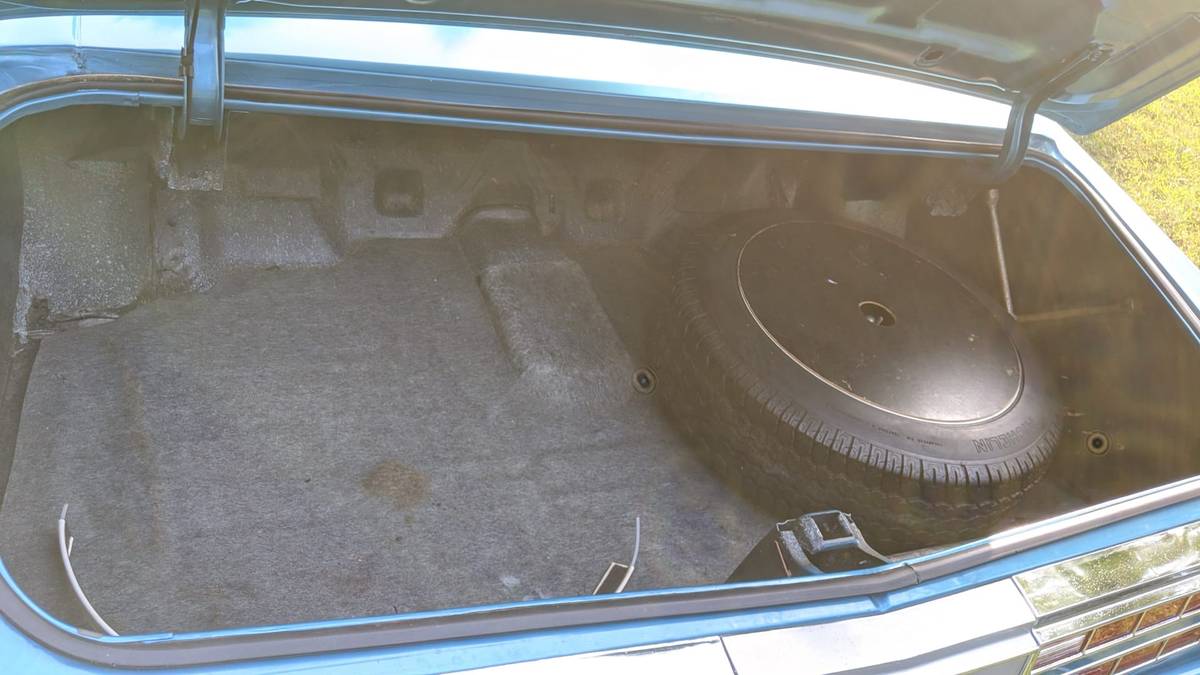 February 9, 2022 Update – We just confirmed the listing for this “Classifind” expired, so with no replacement found we’re assuming this ride “Sold?” While this one got away, please reach out either by email or call us directly if you’d like to be informed when we come across something similar.

Prior to the launch of GM’s redesigned full-size convertibles in 1971, nearly every drop top’s folding mechanism before then followed the same path of collapsing back and over onto itself. While GM’s new scissors design convertible top provided more rear-seat room, the design is prone to binding and breaking if not properly maintained. This 1974 Pontiac Grand Ville originally listed in January 2022 on Craigslist in Tabernacle, New Jersey (Philadelphia) appears to have experienced such a fate based upon the seller’s description. Repairing that and a missing rear bumper filler are straightforward fixes one can complete before top-down wether returns on this otherwise nice driver-quality example in a pretty color combination.

For 1971, Pontiac made the Grand Ville its top-trim in the GM division’s full-size lineup, displacing the “Bonneville” brand which has served that role since 1958. Bonneville was not discontinued but rather shifted downward in the model lineup to replace the discontinued Pontiac Executive. The Grand Ville and Bonneville shared a number of trim and design elements that distinguished them from the Catalina, and the 1971-72 Grand Villes were built on a stretched wheelbase version of the GM “B” platform that nevertheless had identical interior dimensions to all other full-size Pontiacs.

In addition to more luxurious interior trimmings, the Grand Ville had distinctive chrome trim at the front and rear to set it apart from the rest of the Pontiac line. For 1974 only, the Grand Ville had unique parking lights which wrapped around the corner of the front fender. The car was often sold with deluxe appearance options, such as sport wheels and vinyl tops. Rear fender skirts were featured on the 1973 to 1975 models.

The Grand Ville enjoyed moderate success from 1971 to 1973. However, the oil crisis of late 1973 sharply cut into full-sized car sales in 1974 as buyers moved towards smaller cars. For 1975, the Grand Ville became the Grand Ville Brougham and included more standard equipment than in previous years, such as power windows and a carpeted trunk. This would be the final year for the Grand Ville series, which included Pontiac’s last convertible until 1983. For 1976, the Grand Ville nameplate was dropped and the lineup was renamed Bonneville Brougham, returning that nameplate back to its former flagship status.

GM’s last full-size convertible lines featured a new “scissor-style” folding top.  Unlike traditional front top arms that fold on top of the middle section, this new design folded inward as it retracted.  This eliminated the need for space behind the rear windows for the top arms to sit.  The key benefit was rear seat should room was the same as the hardtop on these cars.  Alas, the 1973 oil embargo conspired with what was thought to be upcoming Federal roll-over crash standards to see these Land Yachts disappear after the 1975 model year.

While the video quality is not that great, this 1974 Pontiac Bonneville sales training video provides a glimpse of the features shared with Grand Ville Convertibles:

We love the color combination and the overall good condition of this nicely optioned, 455 cubic inch V8 powered land yacht.

“1974 Pontiac Grandville Convertible. Looks beautiful and runs well. This vehicle was used in the Miss America Pageant Parade in Atlantic City. I am the second owner of this vehicle. There is an issue is the convertible top. Since the taking of these pictures, the mechanism that opens and shuts the top has broken and does need to be fixed, along with the roof. A small amount of bodywork needs to be done at the back right passenger side. Overall, in very good condition. Feel free to reach out to me with any questions.“

Show or go: what would you do with this 1974 Pontiac Grand Ville convertible?  Comment below and let us know!