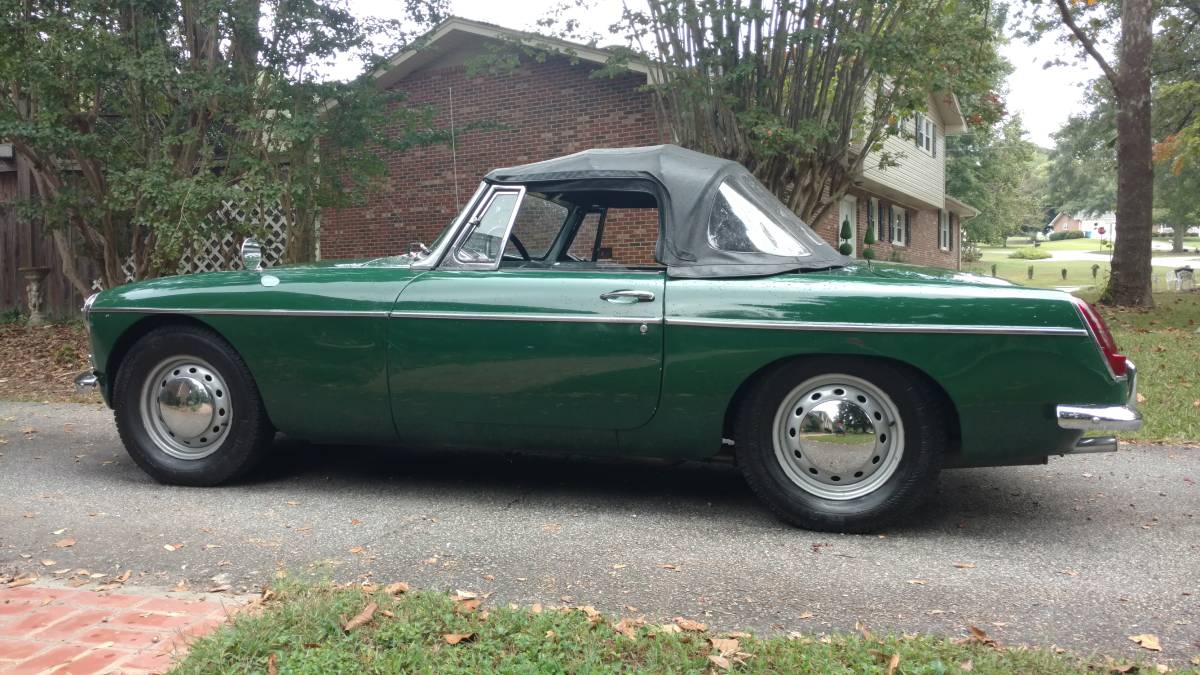 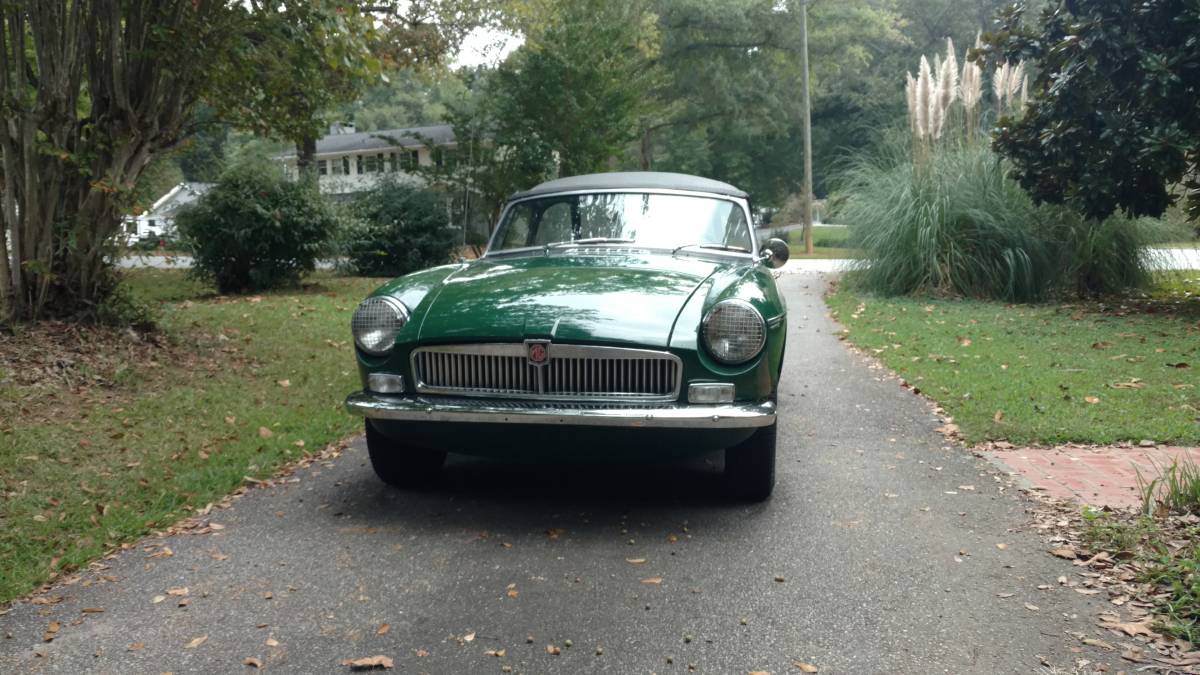 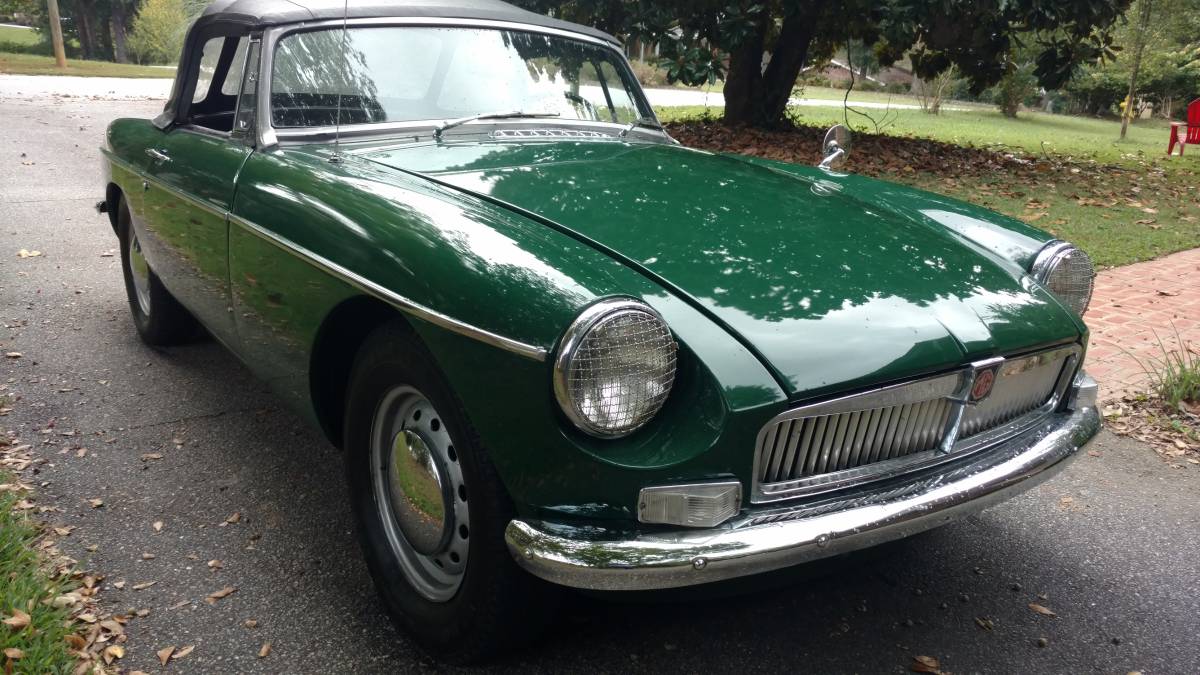 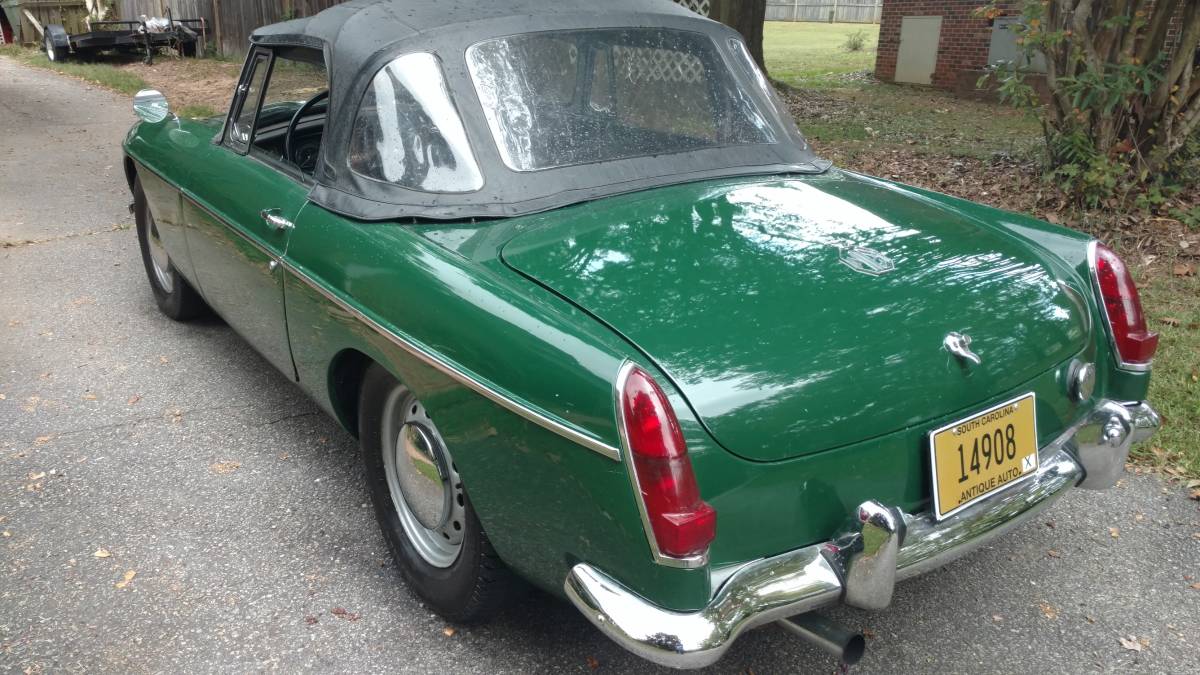 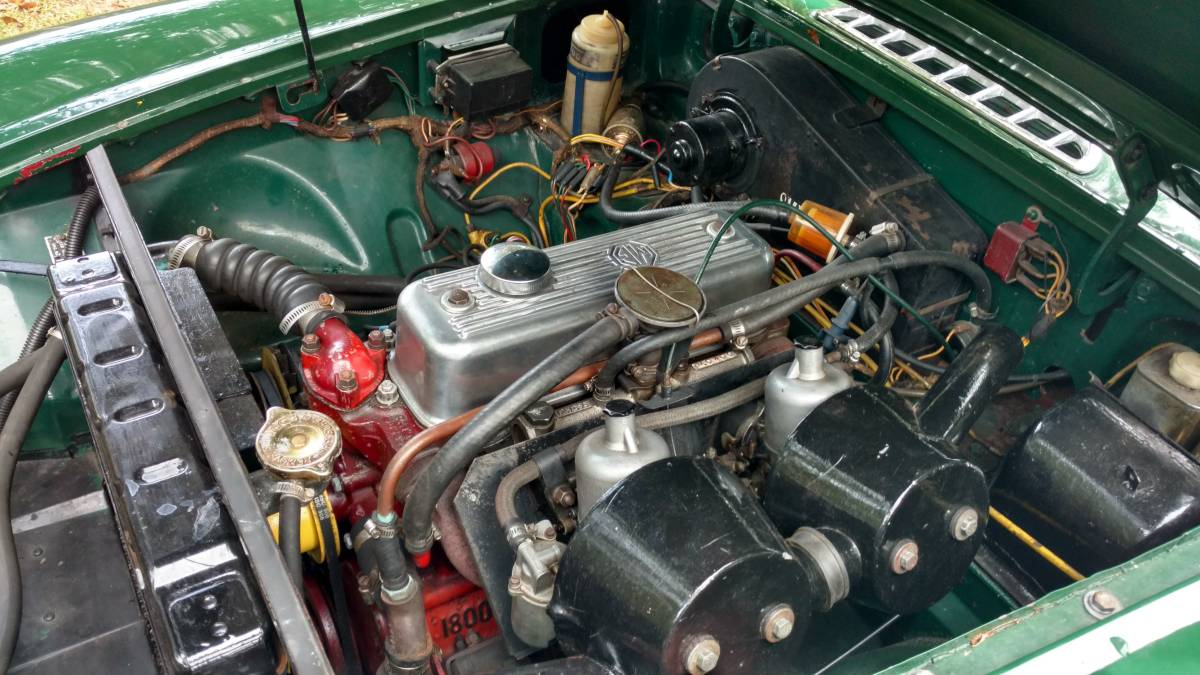 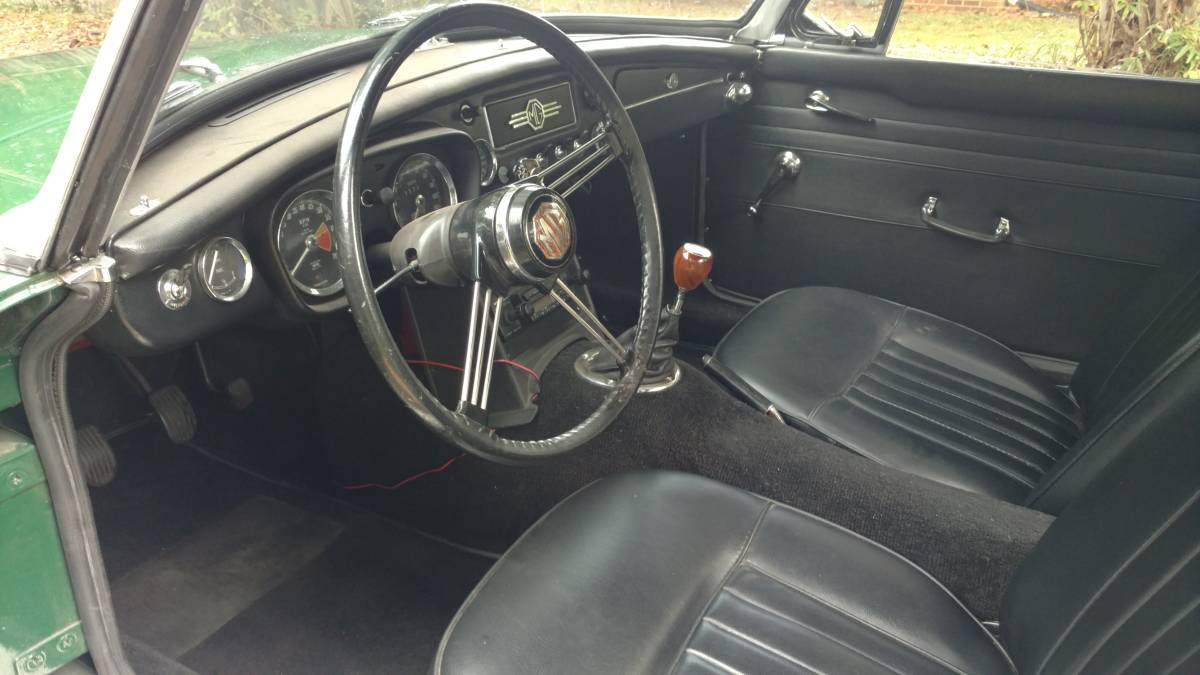 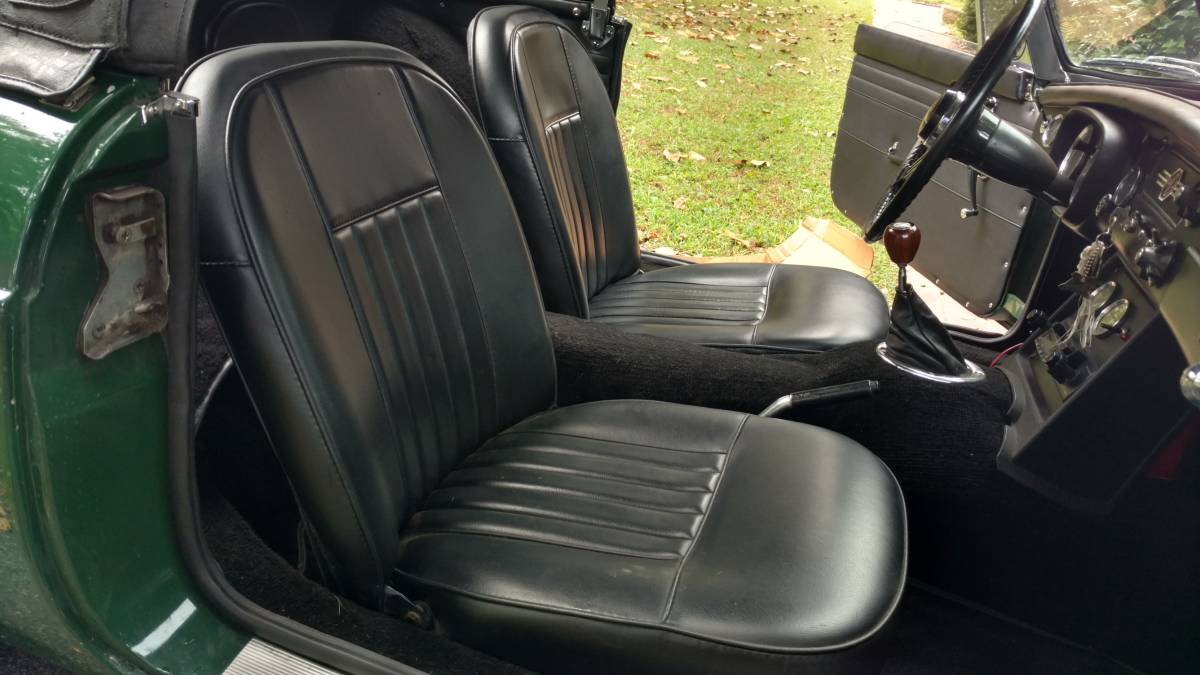 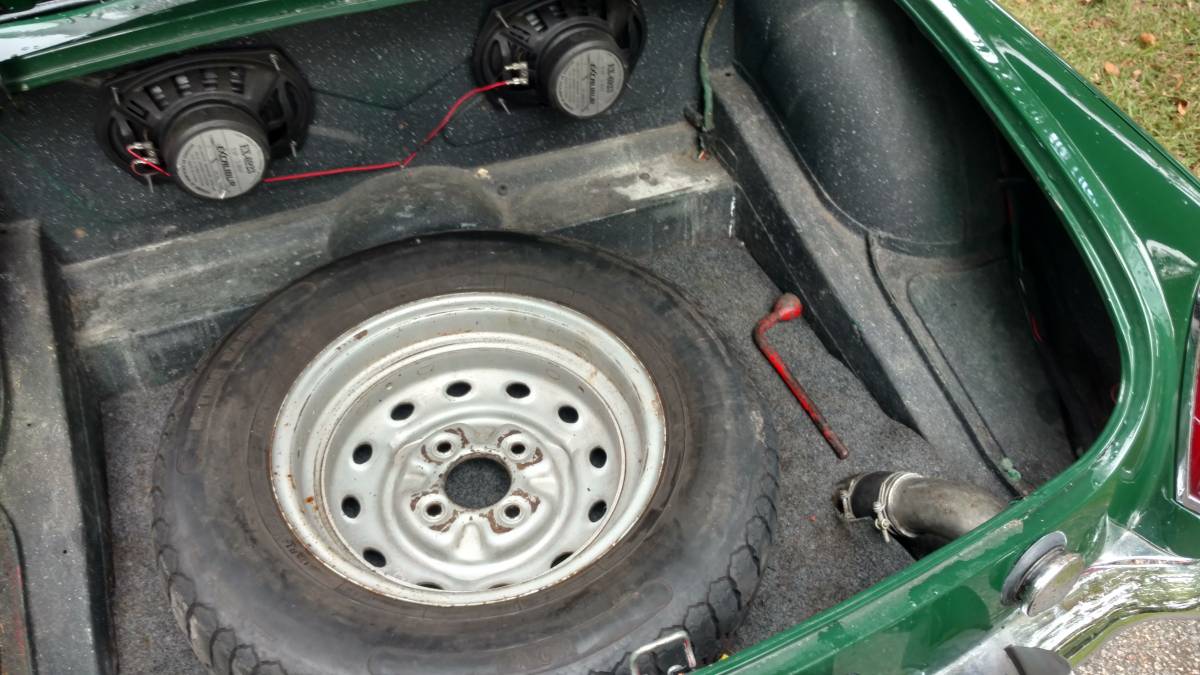 January 28, 2022 Update – We confirmed the seller of this “Classifind” deleted their listing, so we’re now able to call this one “SOLD!” While this one got away, please reach out either by email or call us directly if you’d like to be informed when we come across something similar.

During their eighteen-year, MG’s MGB changed very little from a styling standpoint, however, the cars featured a number of detail changes over the years as MG struggled to keep the car compliant for the U.S. market. The 1966 version is considered by MG purists to be the last model that is close to the original design concept. This restored British Racing Green over black vinyl example originally listed in January 2022 on Craigslist in Maulden, South Carolina (Greenville) shows off the toggle-switch-equipped metal dashboard and fully removable top that would be redesigned the following year.  This example also features the rare electric overdrive transmission.

Benefitting from an older restoration, the current caretaker has their MGB listed for $10,000 currently. Comparing that price against the Hagerty Insurance Online Valuation Tool confirms the private seller has their MGB priced between this guide’s #4 “Fair” (Daily Driver) estimate of $5,000 and its #3 “Good” appraisal of $11,500.  More conservatively, the  Collector Car Market Review Online Tool reveals the seller’s ask falls between this guide’s #3 “Good” estimate of $9,675 and its #2 “Very Good” appraisal of $16,150 before factoring in a five percent premium for the aforementioned electric overdrive.

Morris Garages, better known simply as “MG”,  built its iconic two-door MGB sports car from 1962 until 1980 while owned by several parent companies over that time span. First was the British Motor Corporation (“BMC”) and then later under the Austin-Morris division of British Leyland. MG replaced its aging but pretty MGA with its new ‘B in 1962. The roadster was the first of the MGB range to be produced. The body was a pure two-seater; a small rear seat was a rare option at one point. By making better use of space the MGB was able to offer more passenger and luggage accommodation than the earlier MGA despite being three inches shorter overall. The suspension was also softer, giving a smoother ride, and the larger engine gave a slightly higher top speed. The four-speed gearbox was an uprated version of the one used in the MGA with an optional (electrically activated) overdrive transmission. Wheel diameter dropped from 15 to 14 inches

All MGBs (except the V8 version) used the BMC B-Series engine. This engine was essentially an enlarged version of that used in the MGA with displacement being increased from 1,622 to 1,798 cc. The earlier cars used a three-main-bearing crankshaft, 18G-series. In February 1964 positive crank-case breathing was introduced and the engine prefix changed to 18GA, until October 1964, when a five-bearing crankshaft design was introduced, the engine prefix became 18GB. Horsepower was rated at 95 net brake horsepower on both five-main-bearing and earlier three-bearing cars with peak power coming at 5,400 rpm with a 6,000 rpm redline. Torque output on the MGB had a peak of 110 foot-pounds and fuel consumption was around 25 mpg. All MGBs from 1963 to 1974 used twin 1.5-inch (38 mm) SU carburetors.

All MGBs from 1962 to 1967 used a four-speed manual gearbox with a non-synchromesh, straight-cut first gear. Optional overdrive was available. This gearbox was based on that used in the MGA with some minor upgrades to cope with the additional output of the larger MGB engine. Electrically engaged overdrive gearboxes were an available option on all MGBs. The overdrive unit was operational in third and fourth gears but the overall ratio in third gear overdrive was roughly the same as fourth gear direct, making effectively a five-speed The overdrive unit was engaged by a toggle switch on the dashboard. Overdrives were fitted to less than 20% of all MGBs.

The MGB initially had an extremely simple electrical system. Dash-mounted toggle switches controlled the lights, ventilation fan, and wipers with only the direction indicators being mounted on a stalk on the steering column. The ignition switch was also mounted on the dash. Like the MGA, the MGB utilized two 6-volt batteries wired in series to give a 12-volt positive earth configuration. The batteries were placed under a scuttle panel behind the seats making access difficult; the location gave excellent weight distribution and thus improved handling. The charging system used a Lucas dynamo.

The King Rose Archives YouTube Channel provides this MGB commercial from the mid-1960s:

Featuring an older restoration, this 1966 MG MGB Mk I presents well and represents the last model year of the car before it started to feel the effects of the ever-increasing U.S. emissions and safety.

“Here is the most desirable year of MGB. It is the 1966 MGB with metal dash and 1800 engine with dual SU carburetors and five-speed overdrive transmission. The aftermarket AM/FM radio works well with rear-mounted speakers. This car received most of its restoration approximately 12 to 15 years ago. The British racing green paint has a nice luster to it as well. Everything works as it should. This car has even had its floorboards and jacking mounts replaced. A nicer MGB is going to be hard to find. $10,000 is a good asking price for this quality of a car. No response to texts or emails.“

Show or go: what would you do with this restored 1966 MG MGB Mk I?  Comment below and let us know!