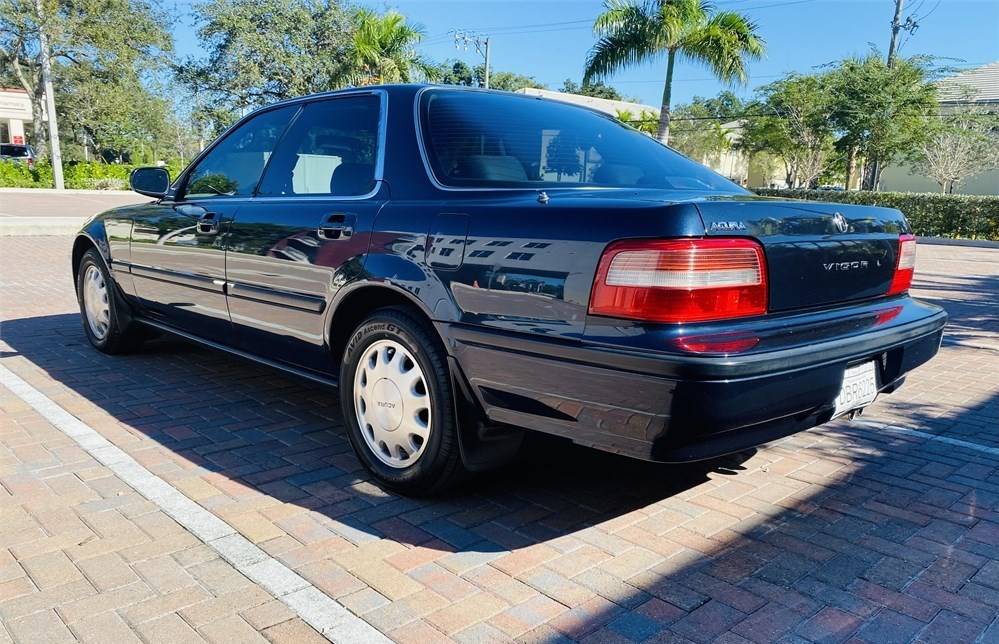 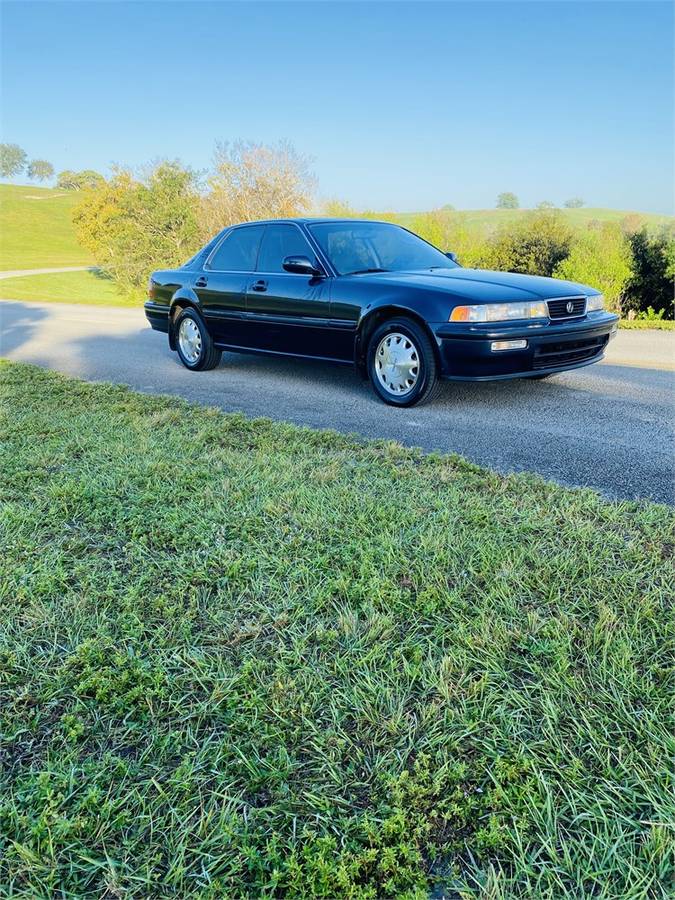 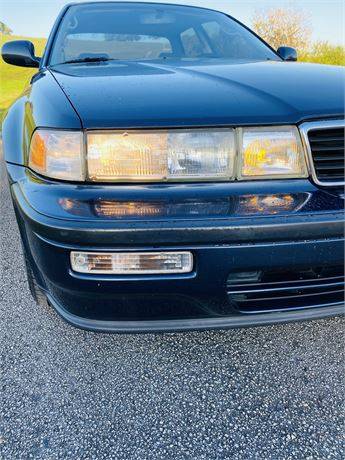 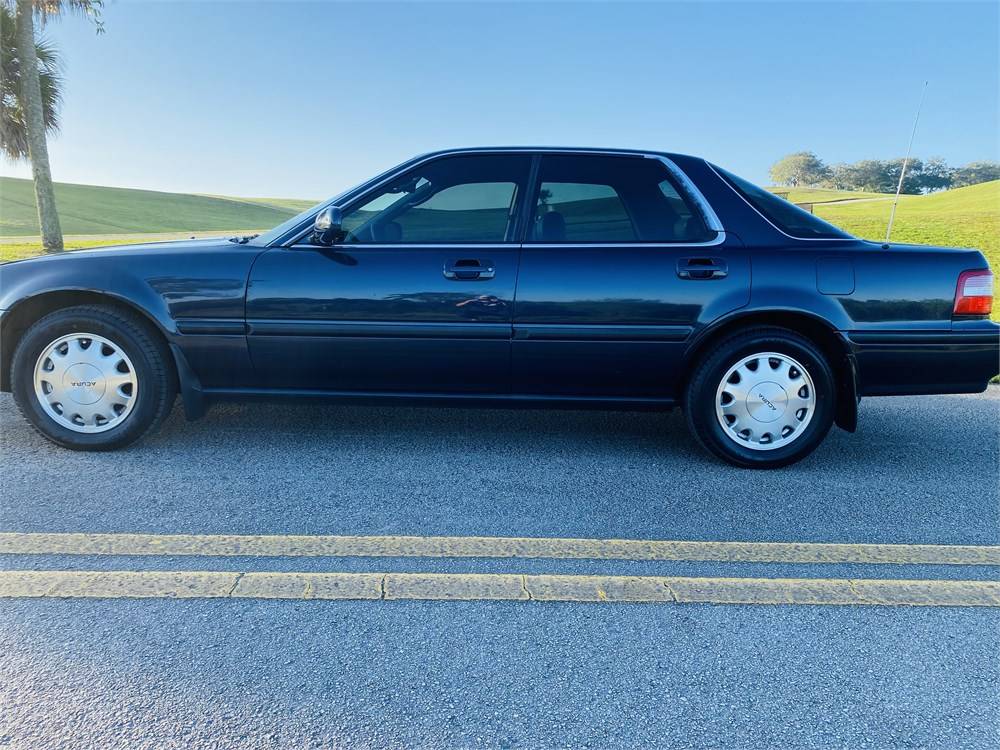 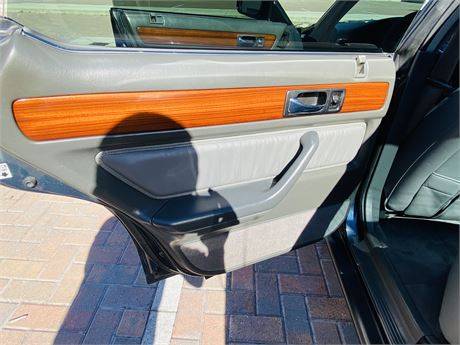 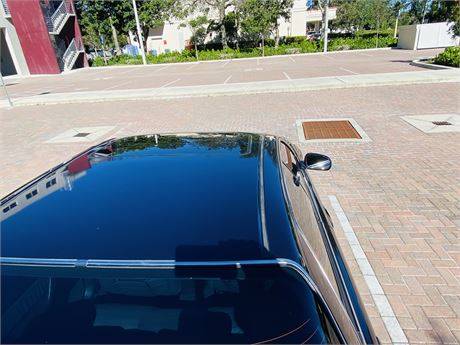 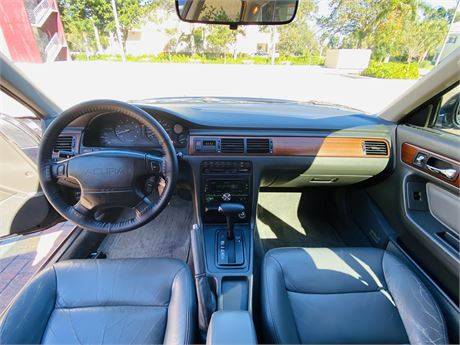 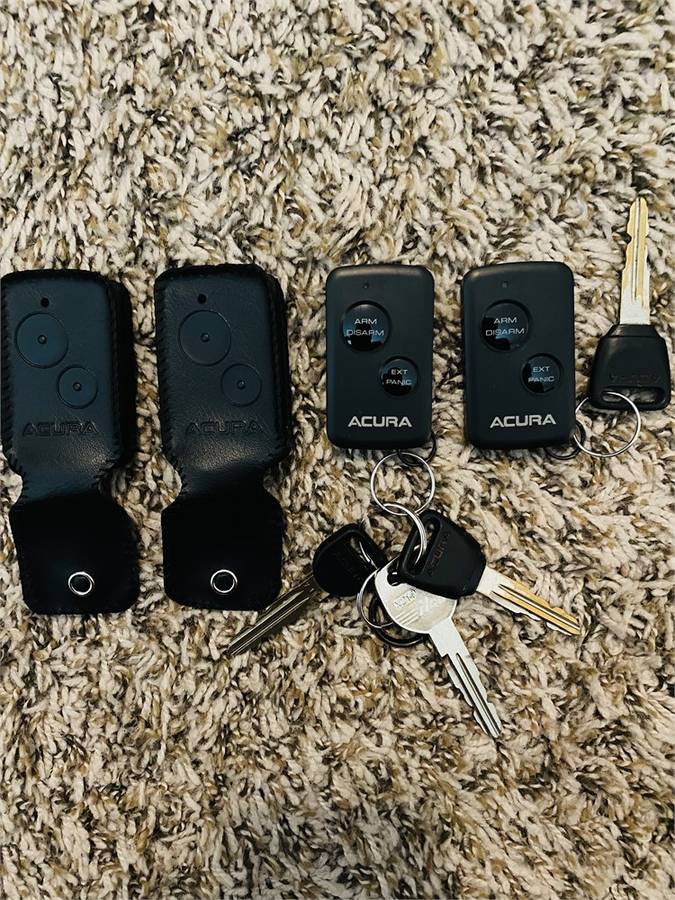 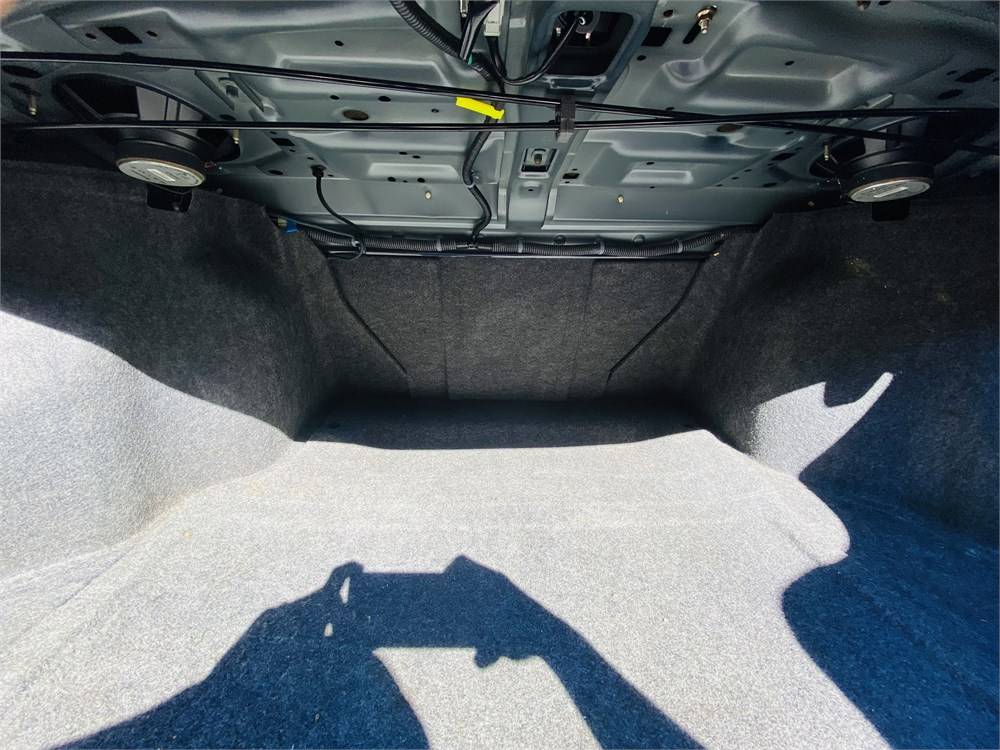 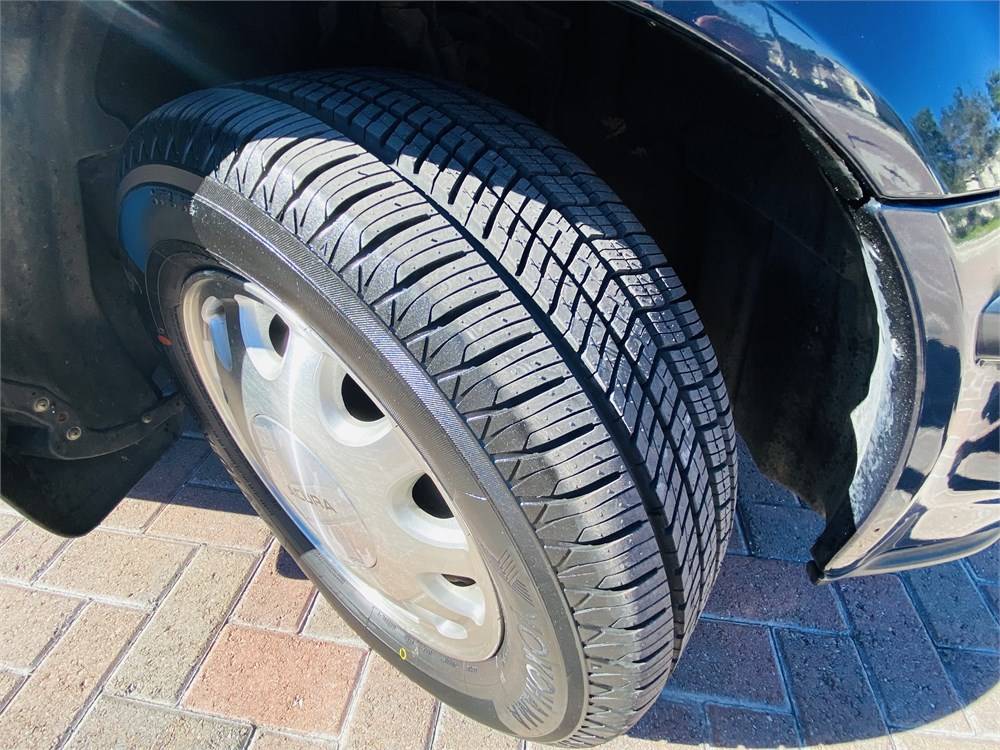 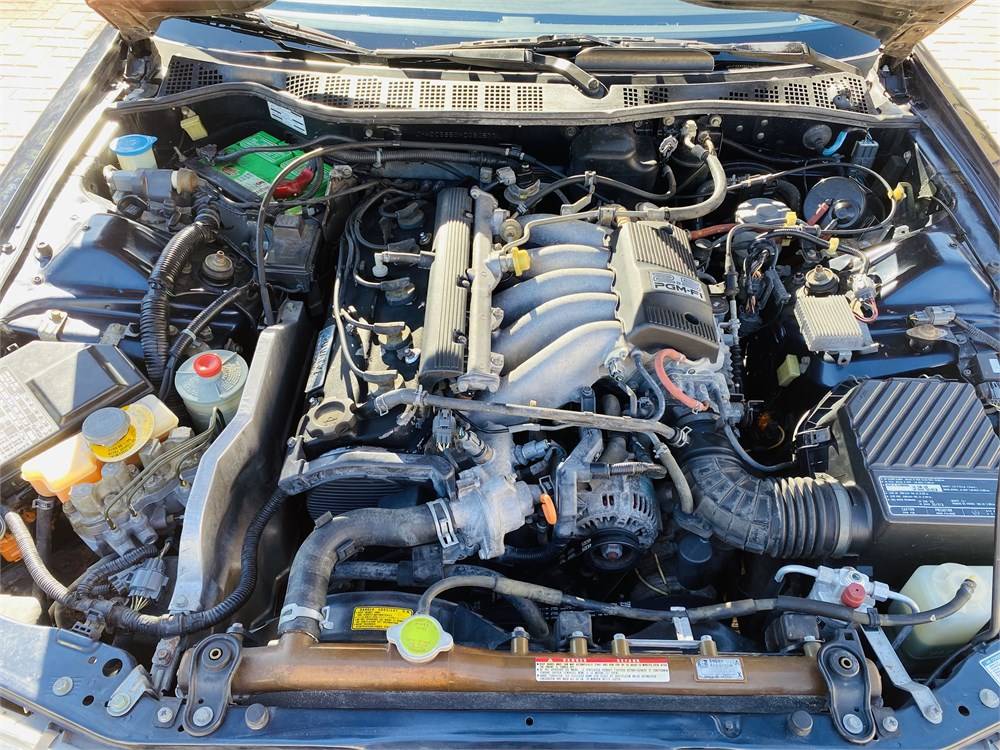 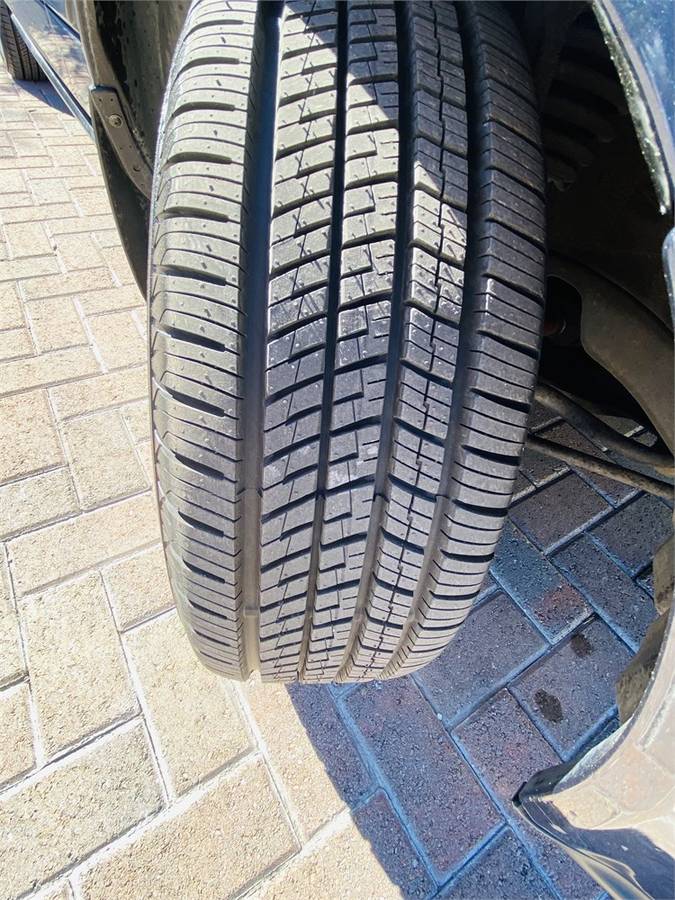 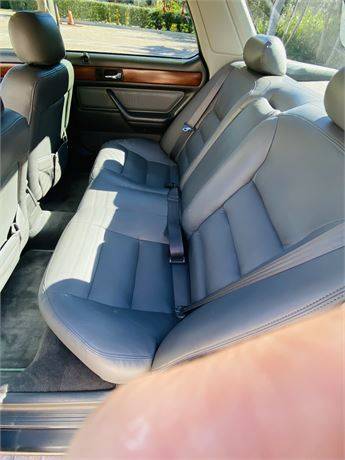 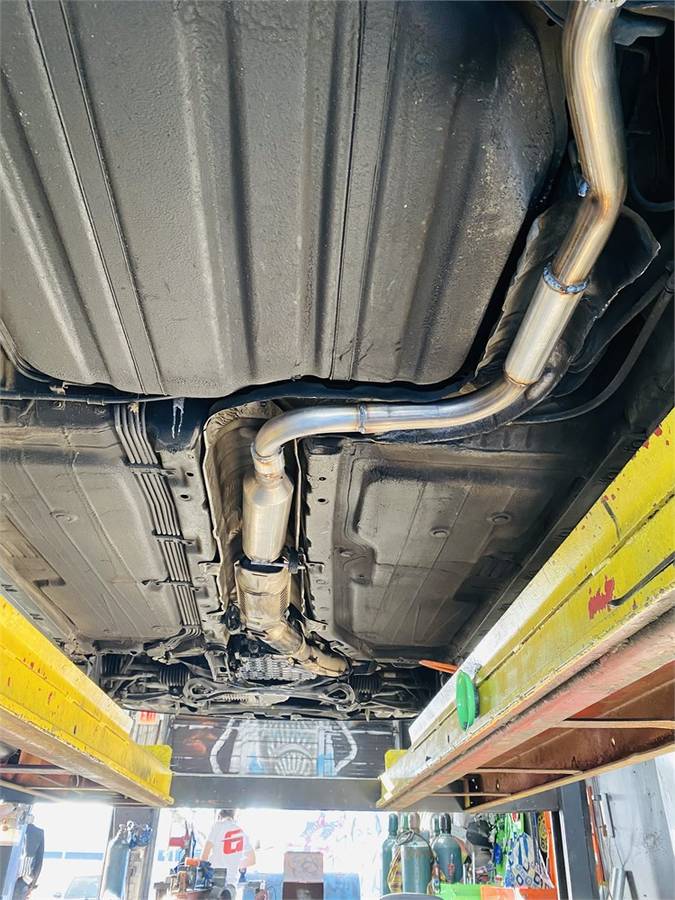 February 24, 2022 Update – We just confirmed the listing for this “Classifind” expired, so with no replacement found we’re assuming this ride “Sold?” While this one got away, please reach out either by email or call us directly if you’d like to be informed when we come across something similar.

February 10, 2022 Update – Strangely, the private seller updated their asking price back up to $8,995 which was the original ask. We’re starting to think this might be a scam listing, so stay tuned.

February 2, 2022 Update – The seller of this Acura Vigor just got aggressive with the asking price by lowering it from $8,295 to $5,995.  We predict this rare five-cylinder Honda won’t last long at this lower price.

When we think of popular five-cylinder vehicles, most of us immediately recall our favorites from the Audi Quattro lineup. Those cars were known for the unmistakable sound of a turbocharged 20-valve engine blasting through the woods, but you weren’t limited to the German makes if you love the noise a five-cylinder makes. Take this rarely-seen 1992 Acura Vigor originally listed in January 2021 on Craigslist in Ft. Lauderdale, Florida with astonishingly nice cosmetics for a car with over 100,000 miles. The asking price is now once again $8,995, and when comparing this price against the NADA Price Guide, it shows us that this seller is outpacing the market by a fair margin as the current “High” retail price is just $2,625.

The Vigor is a strong reminder of what Acura once represented. The car was designed to occupy the space between the entry-level Integra and the high-end Legend sedan. Acura, like BMW, was preoccupied with the idea of offering enthusiasts drivers more options instead of less; what a concept. This sentiment has changed dramatically in recent years, with both companies shuffling their lineup to favor entry-level luxury models or six-figure executive transport and enthusiast-oriented models have become non-existent (Acura) or enormously over-priced (BMW). That said, the Vigor was never a big seller for Acura, stuck with being too expensive for an entry-level model and almost-as-nice-but-not-quite when compared to the Legend. It’s a shame, too, because you could order the Vigor with a 5-speed manual and a limited-slip differential, making for a tasty combination.

The MotorWeek YouTube Channel provides this test drive of a 1992 Acura Vigor:

The seller’s car has to be one of the best ones left, as a short production run meant there were never very many of these running around in the first place. I get why the seller is asking what he is, as the pricing guides really haven’t caught up with cars like the Vigor yet that are still in the appreciation stage. The listing cites a long list of maintenance which is definitely a value-add, with the seller noting it benefits from several major services including the timing belt, cooling system, axles, and more. The Vigor has lived in California, New Mexico, and now Florida, all of which are environs that should help to keep it as rust-free as possible. Though the preferred recipe is to find one with a manual gearbox, this is pretty much as good as it gets for finding an obscure car like the Vigor.

“This 1992 Acura Vigor GS is a top-trim four-door sedan with long-term Florida ownership history and 112,500 miles accrued since new, powered by a 2.5-liter inline-5 paired with a 4-speed automatic transaxle. This Vigor carries a comprehensive maintenance history showing recent service to the timing belt, tires, alignment, braking system, cooling system, and axles all within the last few years. Sold originally in California, vehicle history shows prior ownership in New Mexico before relocating to Florida in 2011 where it has resided since. Finished in Buckingham Blue Pearl over a gray leather interior, this first-year Vigor is now offered with a clean CARFAX report, an owner’s manual, factory service manual, service records, two keys with keyless fobs, and a clear Florida title in the seller’s name.

Production of the Vigor four-door sedan launched in Japan in 1991 for the 1992 model year, with the model slotted between the compact Integra and the flagship Legend in the Acura hierarchy. Design characteristics were derived from the Japanese-market Accord and included unique features such as frameless door glass, amber fog lamps, and a longitudinally-mounted motor which gave the chassis 60:40 weight distribution from front to rear. This rust-free Vigor from the initial model year is painted Buckingham Blue Pearl (B-59P) and is said to retain its original panels, fitment, and finishes. Exterior features illustrate black bodyside moldings, mudguards, chrome badging, a power-operated antenna, and dual stainless-steel exhaust finishers on a replacement muffler at the rear.

Machined aluminum 15” wheels with Acura-branded center caps are wrapped in new 205/60 Yokohama AVID Ascend GT tires that were installed in December 2021, after which a four-wheel alignment was performed by Acura of Pembroke Pines. Stopping comes from power-assisted four-wheel discs with replacement pads that were installed in 2016. Chassis architecture is comprised of an independent four-wheel double-wishbone suspension with front and rear stabilizer bars as well as power-assisted rack and pinion steering.

Instrumentation is presented behind a leather-wrapped steering wheel and includes a 150-mph speedometer, an 8k-rpm tachometer, and auxiliary gauges for fuel level and coolant temperature. The six-digit mechanical odometer reads 112,500 miles, which is a true reading supported by the CARFAX report.

The longitudinally-mounted G25 2.5-liter SOHC inline-5 was factory rated at 176 horsepower and 170 lb-ft of torque when new. Recent maintenance has included replacement of the cooling fan, ignition distributor assembly, and more in December 2021. The valve cover gasket was replaced in 2020, the battery was replaced in 2017, the CV axles were replaced, and the air conditioning system was retrofitted and recharged the same year. The timing belt, water pump, front seals, tensioner, main relay, and drive belts were changed in 2015. The seller notes that there is noted oil seeping from the rear main seal which is customary for age and mileage, and the ABS light is illuminated. Power is sent to the front wheels via a console-shifted 4-speed automatic transaxle with a limited-slip differential.