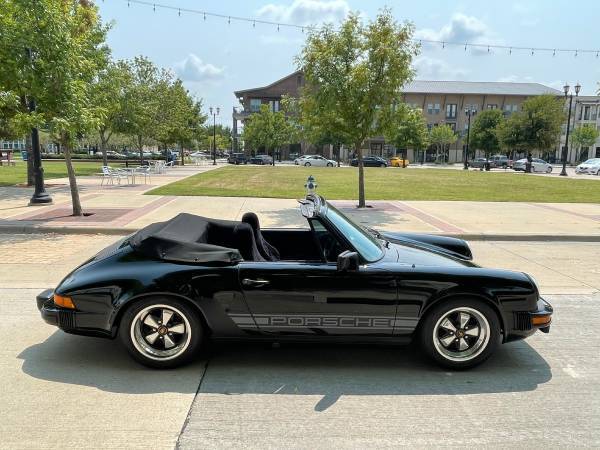 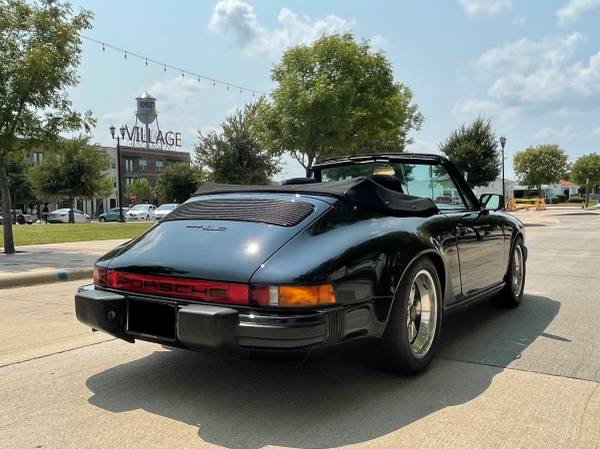 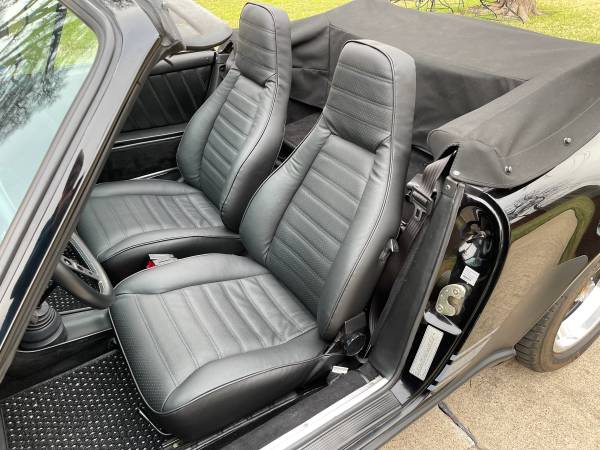 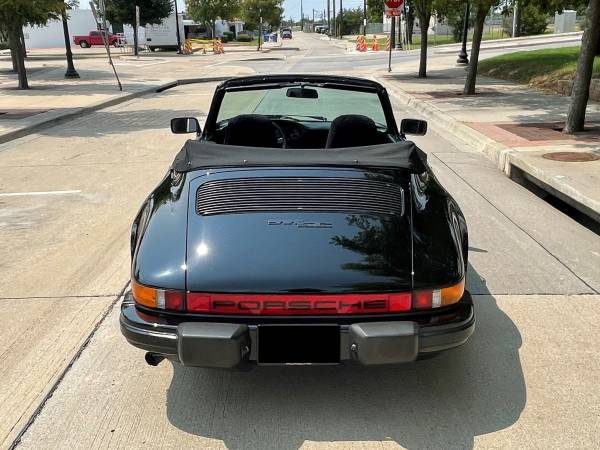 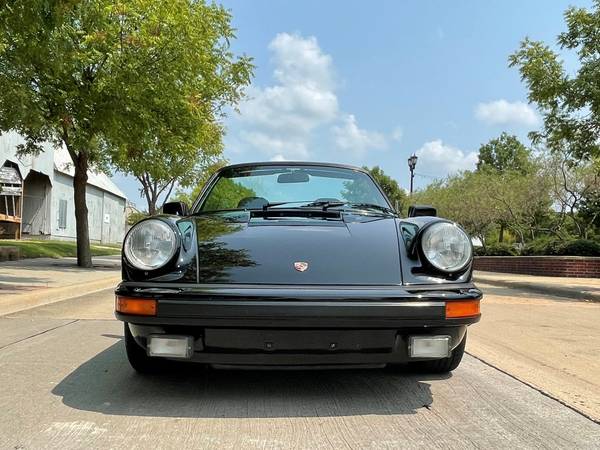 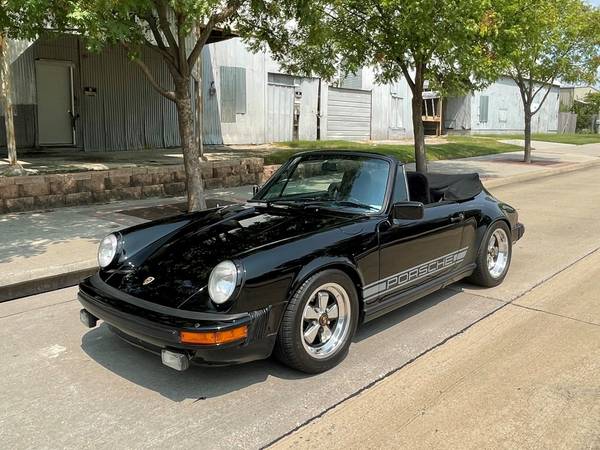 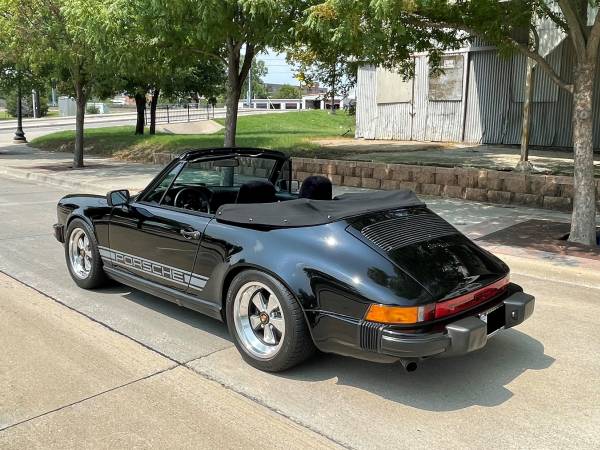 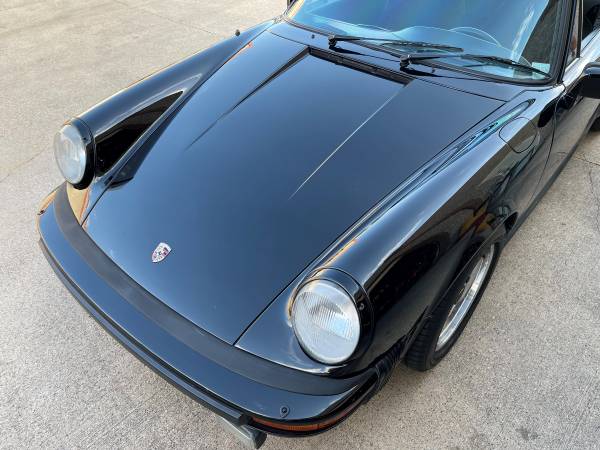 Monday, January 24, 2022 Update – While scouring Craigslist pages across the country in preparation for our latest Trukin’ Tuesday Classifinds, we serendipitously came across this ad for the 1983 Porsche 911SC we first featured several days earlier: 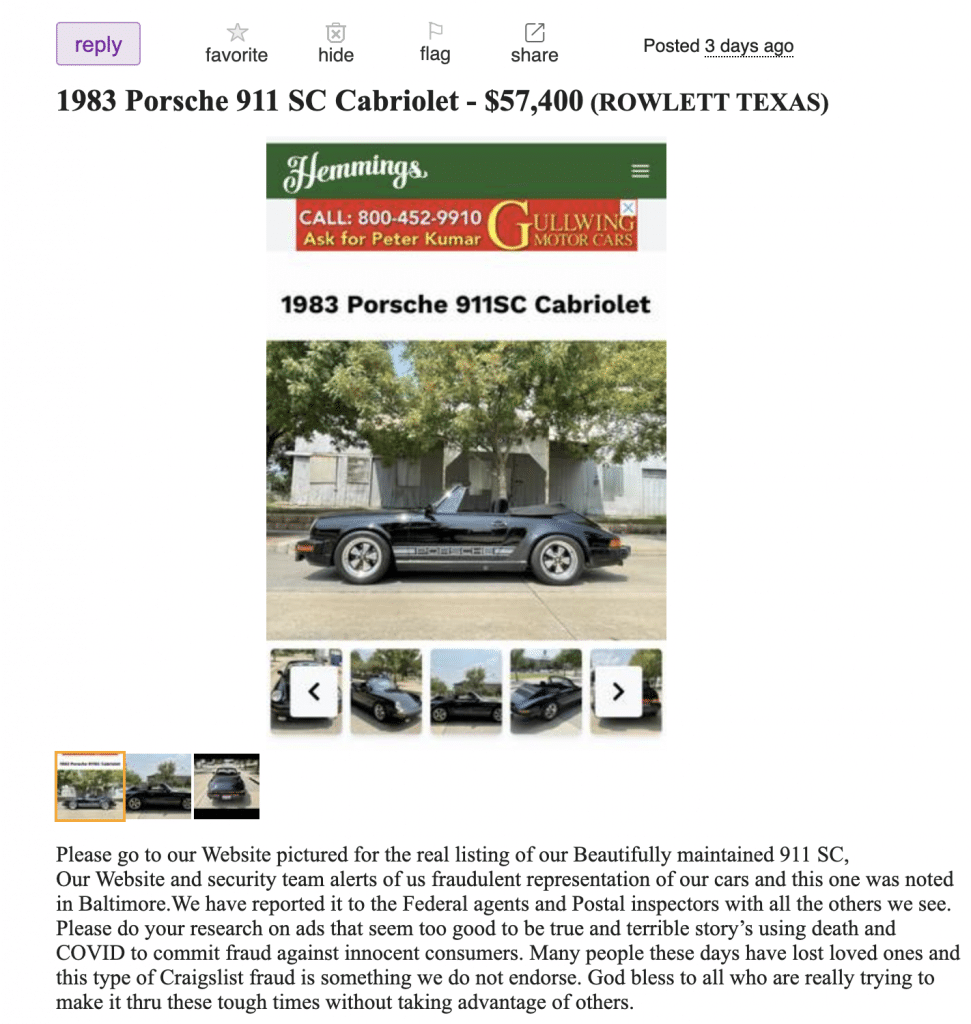 Sure enough, a quick check of Hemmings Classified website found the real for this 1983 Porsche 911SC currently listed for $57,400 or best offer. A check of the original Craigslist link Rudy spotted on Saturday confirmed it has since been deleted.

Saturday, January 22, 2022 Update – When we called the seller Saturday morning, he promptly texted Rudy an additional number of pictures now posted here. Not mentioned in the listing, the seller says he has two teenage boys and he doesn’t want them driving the Porsche.  Oddly, the seller openly provided a copy of the title as one of the pictures.  The seller indicated he was already receiving a lot of inquiries with two people likely hoping to put a deposit on the car. When Rudy ran a CarFax on the car, the history did not mesh with what the Craigslist description said (i.e. his father being the original owner).  Specifically, the car’s history occurs over several states, and most damning, it was sold as dealer inventory in 2017 in California. 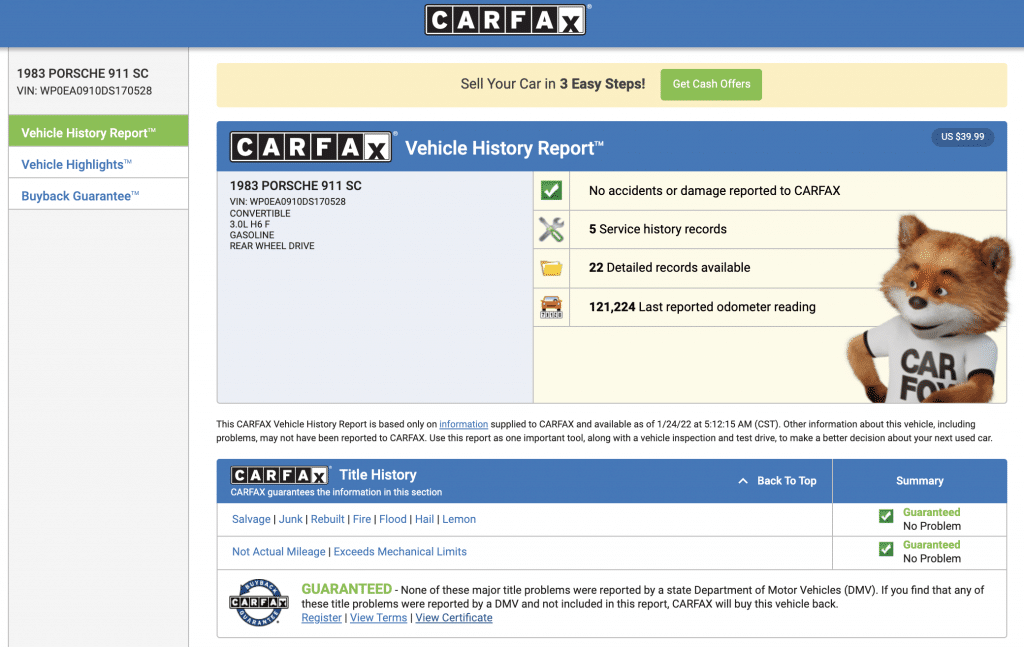 When Rudy questioned the seller about it, he didn’t try to argue that fact and merely texted, “Listen short and sweet you’re not interested you could move on I didn’t ask for money good luck.” Additionally, as one of the commenters noted below, the seller’s phone number is also listed for dentless body shop. Not a red flag on its own.

When Rudy asked if he could see the car first, the seller claimed he was on vacation and would not be back until next week. When Rudy asked what day that would be, the seller said Monday, but was not really interested in showing the car as “I have other buyers already wanting to place a deposit.

The initial low price combined with a CarFax not confirming the seller’s story just left Rudy feeling this could be some sort of scam trying to pressure an unwitting buyer into giving their credit card information over the phone. It just did not feel right, so Rudy left it at that.

The moral of the story: always do your homework and never be pressured into providing a deposit without either seeing the car yourself or having a reputable mechanic perform a pre-purchase inspection.

Normally, we avoid featuring Craigslist ads containing only one picture.  It’s not very entertaining to write about and it certainly leaves interested parties wanting to ask more questions than the ad answers. Then there are ads posted on Craigslist that play to a person’s emotions as a way to let their guard down.  If this Ad had not turned out to be a scam, it would have been one of those listings that could turn out to be a great find for someone quick enough to learn more. You can read the description provided in the original Craigslist post below where the alleged son of the original owner offered it following their dad’s unfortunate death due to COVID-19.

Offered at a firm $31,000, comparing that price against the Hagerty Insurance Online Valuation Tool confirms the private seller has their dad’s 1983 Porsche 911SC Cabriolet priced five hundred dollars below this guide’s #4 “Fair” (Daily Driver) estimate of $32,000. Similarly, the  Collector Car Market Review Online Tool reveals the seller’s ask falls between this guide’s #4 Fair estimate of $22,500 and its #3 “Good” appraisal of $42,000. Again, this ad appears to be too good to be true, but it is worth investigating because you just never know.

In 1978, Porsche introduced the new version of the 911, called the ‘911SC’. Porsche reintroduced the SC designation for the first time since the 356SC (as distinguished from the race engined 356 Carrera). There was no Carrera version of the 911SC. The “SC” stands for “Super Carrera”. It featured a 3.0-liter aluminum engine with Bosch K-Jetronic fuel injection and a 5-speed 915 transmission. Originally power output was 180 horsepower but by 1981 Porsche engineers managed to wring 201 horsepower from the engine. The move to an aluminum engine was to regain case reliability, something missing for many years with magnesium. In 1981, Porsche introduced a Cabriolet concept car was introduced at the Frankfurt Motor Show. The convertible body design also featured four-wheel-drive, although this was dropped in the production version. The first 911 Cabriolet debuted in late 1982, as a 1983 model. This was Porsche’s first cabriolet since the 356 of the mid-1960s. A total of 4,214 were sold in its introductory year, despite its premium price relative to the open-top Targa. Porsche Cabriolet versions of the 911 have been offered ever since.

One picture, grab-it-now price, child of the original owner, and the claim the car has only been serviced by a Porsche dealership.  Don’t be surprised if this is a scam, but it’s just one of those ads that you just have to call to confirm it’s for real and if true, buy the car ASAP.

“Hello I am selling my 1982 Porsche 911 convertible it is in pristine condition inside and out all original matching numbers no accidents undercarriage is 100% solid no rush no corrosion very well maintained only service by Porsche dealership it is a one-owner vehicle my dad was the first owner he passed away from covid-19 last year so my mom and I are looking to give it to a good home for a reasonable price… I have all service records on the car it has a clean title ready to go please no lovable offers serious buyers only if you’re looking to purchase you could call me at any time I am in process of moving back to my hometown if you need pictures I will be happy to text them to you and I can answer any questions you need to know. Thank you and God bless you and the price is final, not negotiable $31000… “

Scam or Legit: what say you about this 1983 Porsche 911SC Cabriolet?  Comment below and let us know!