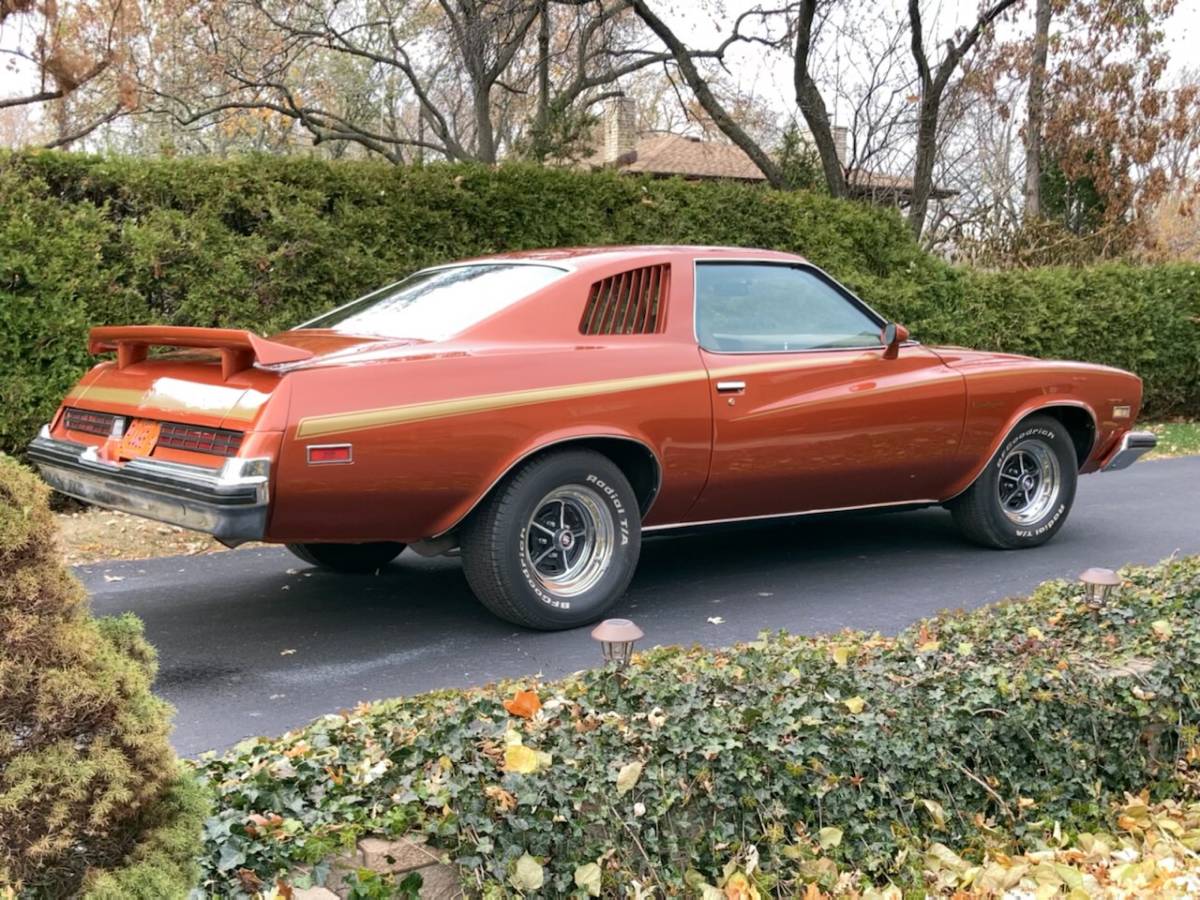 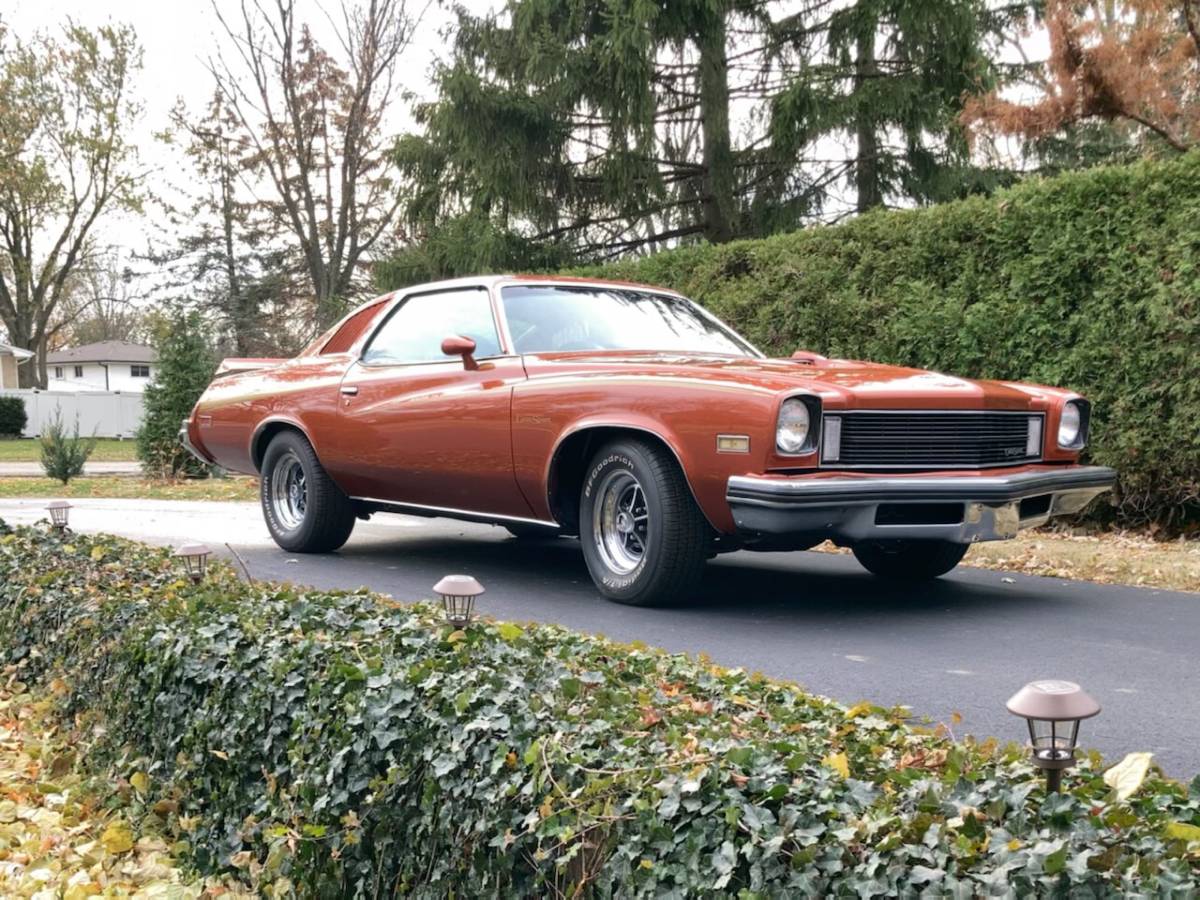 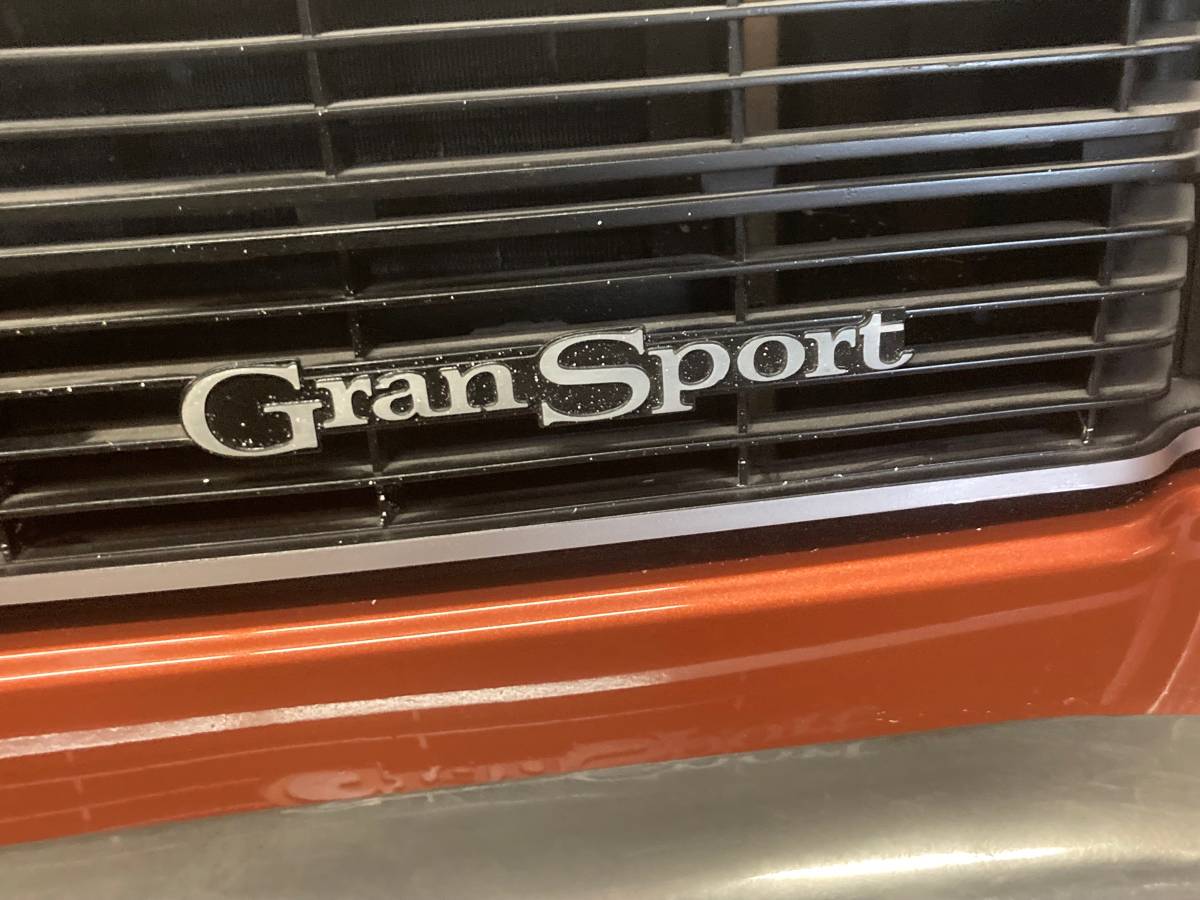 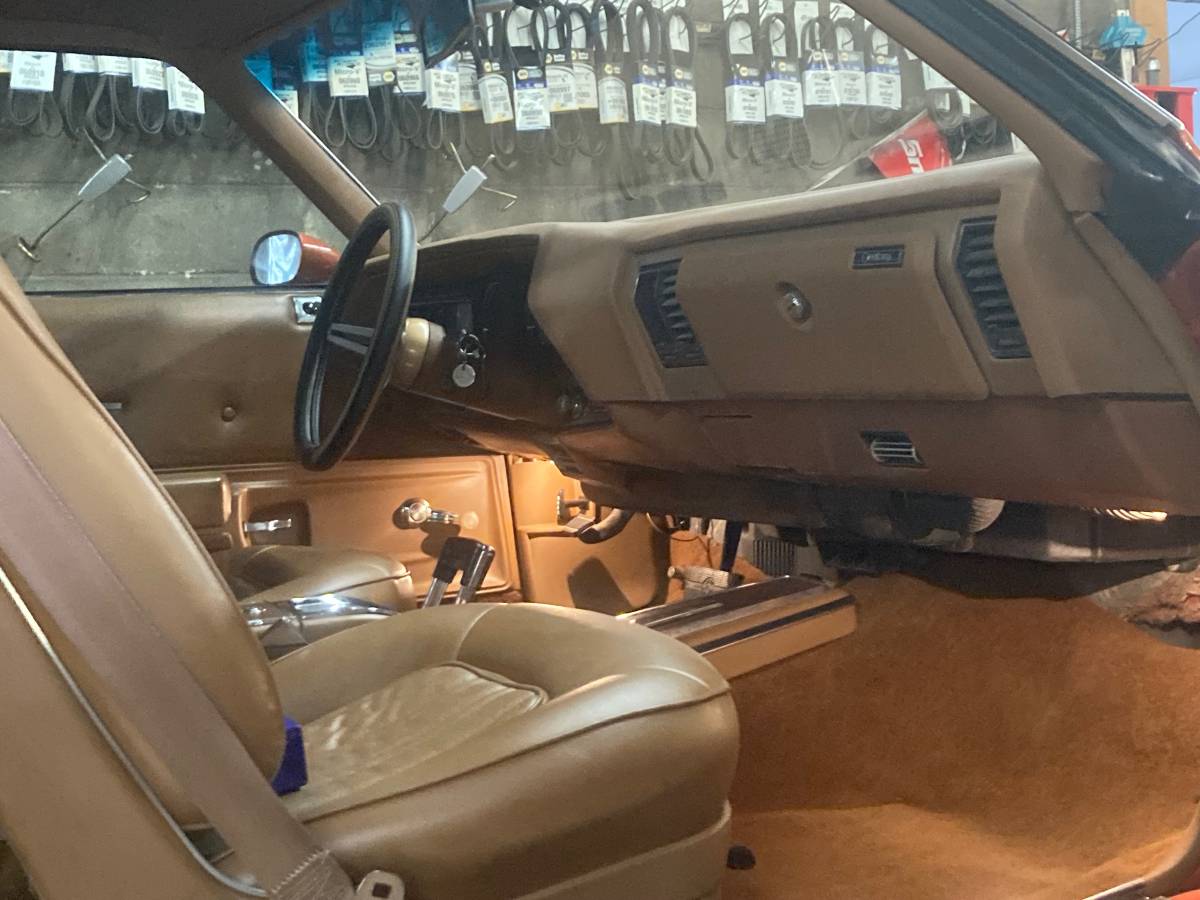 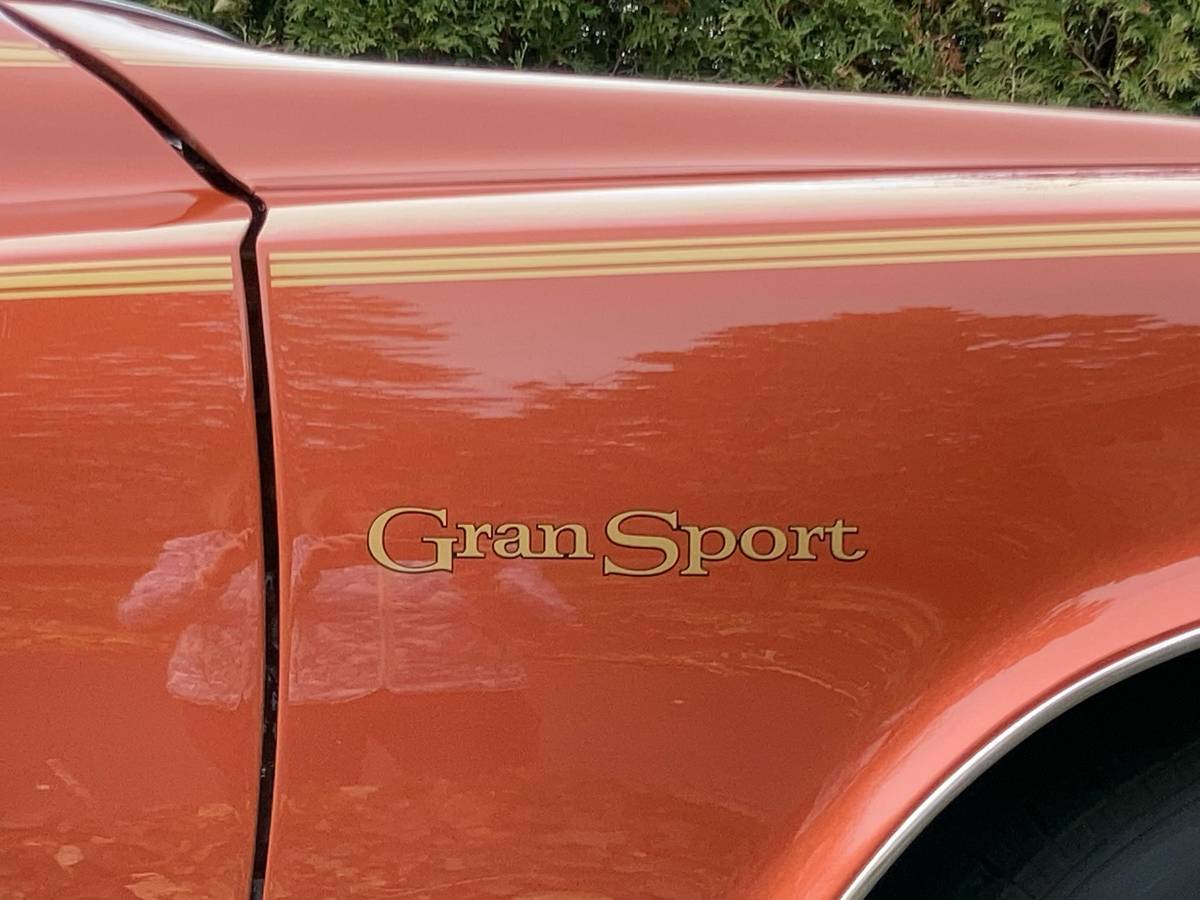 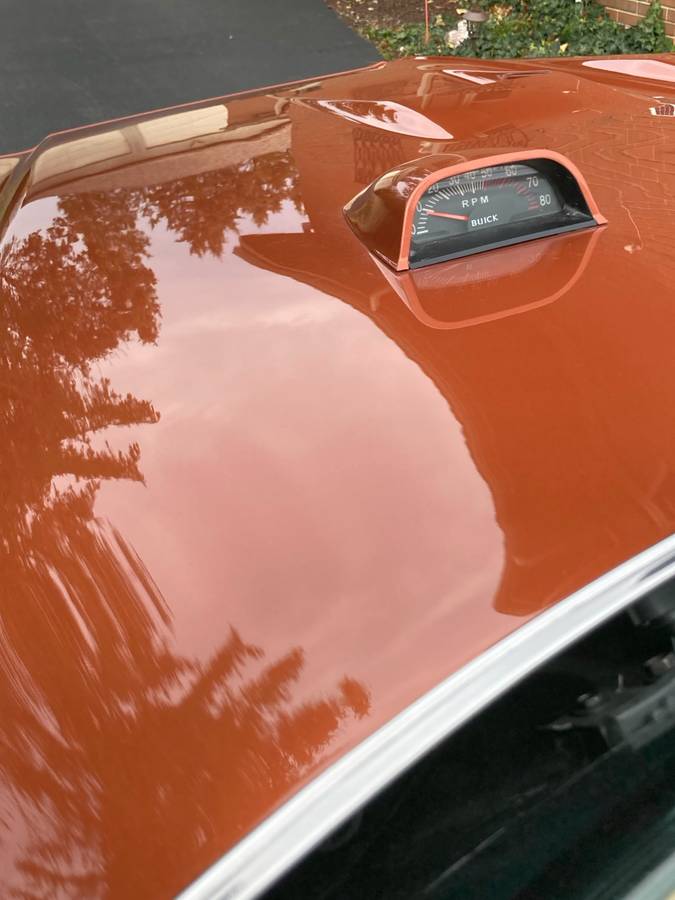 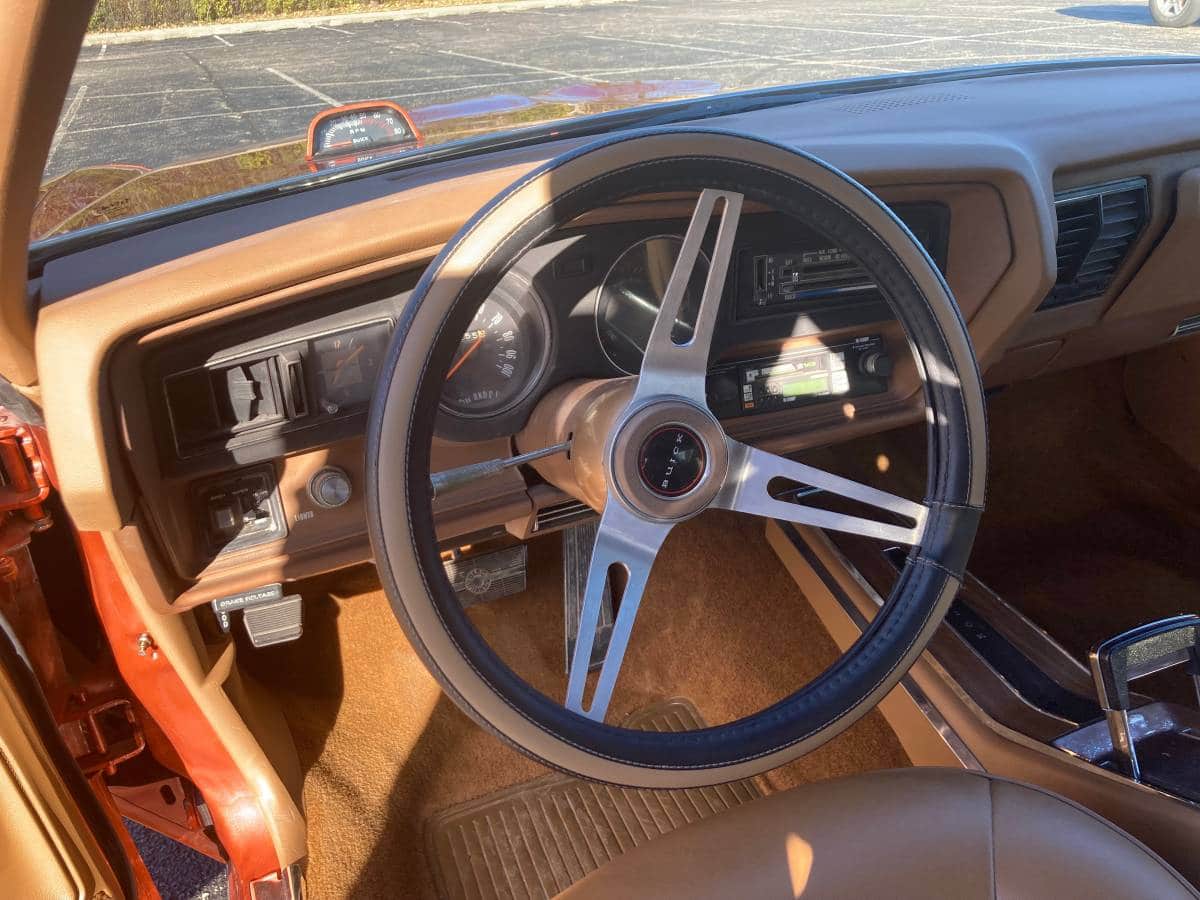 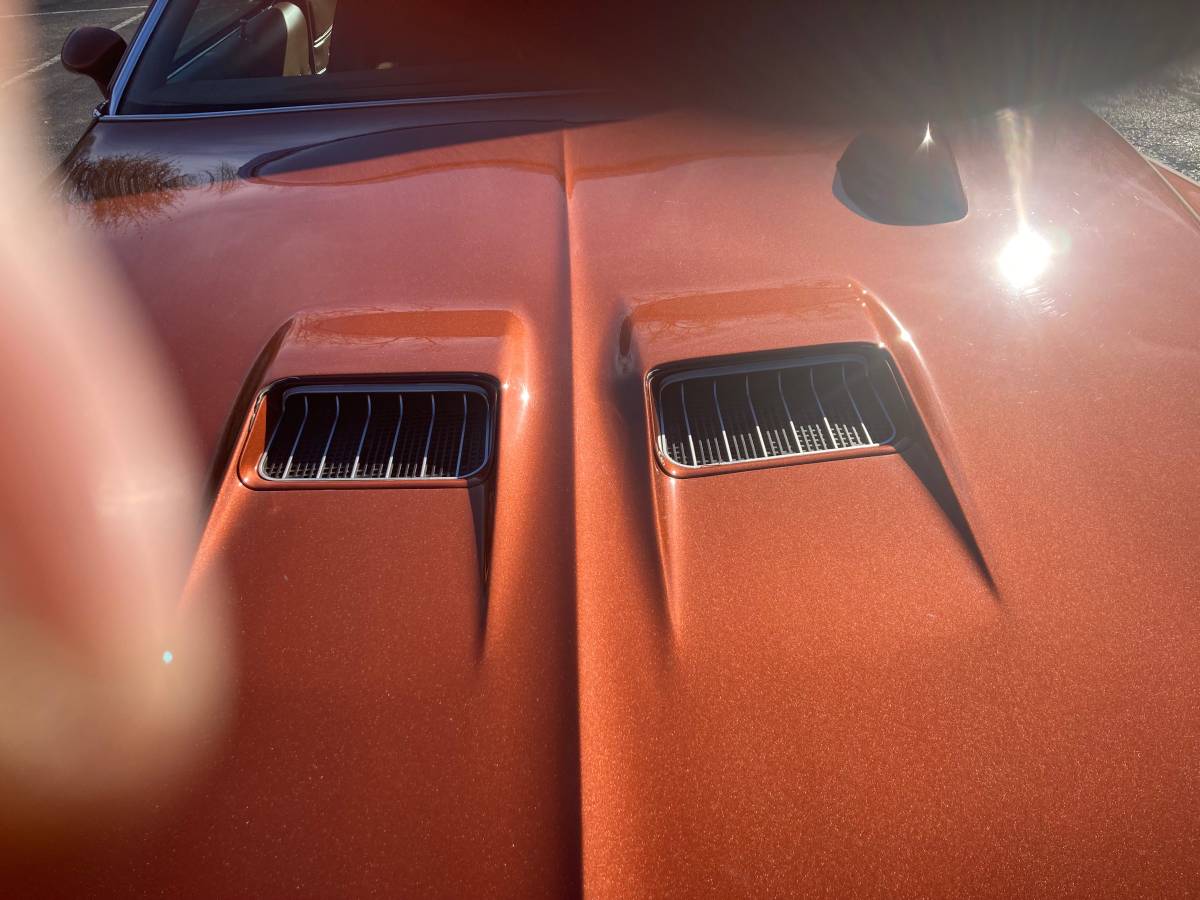 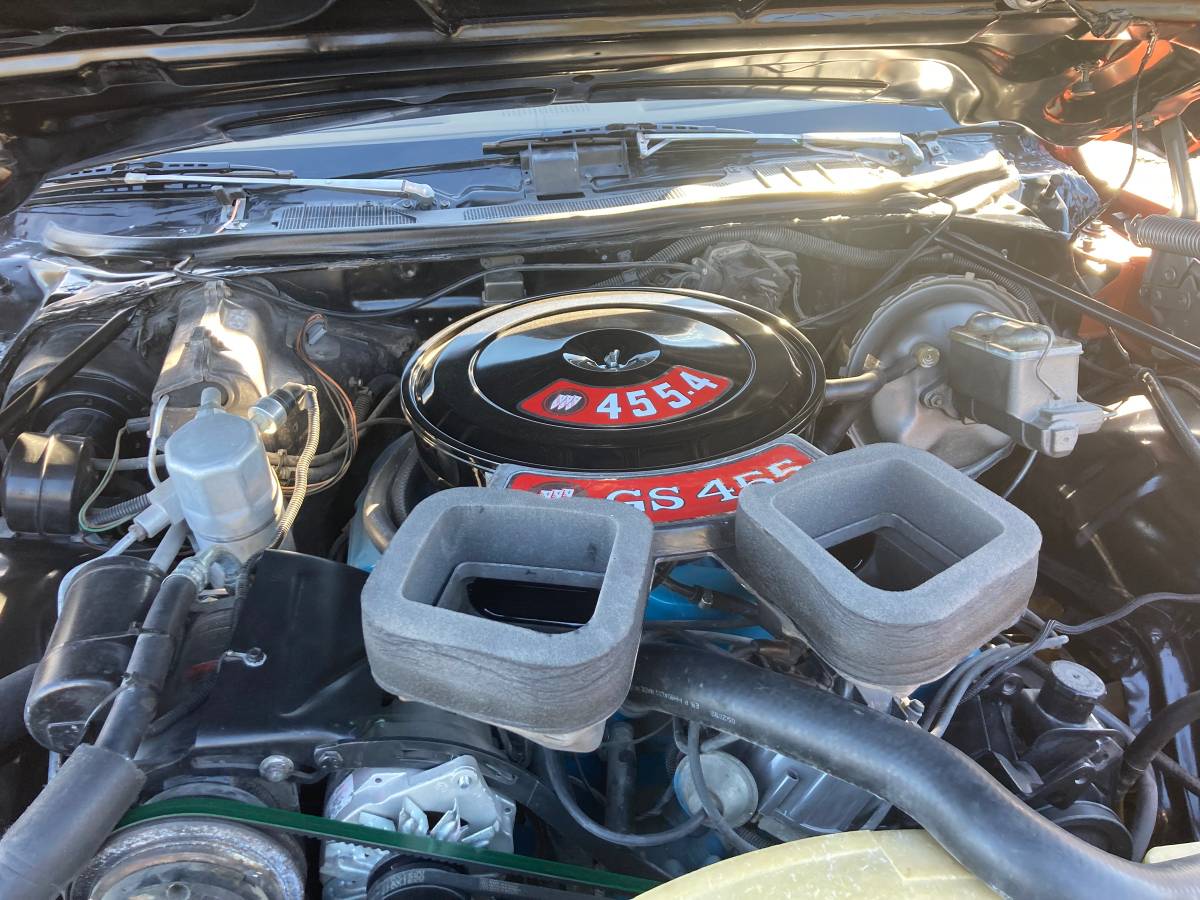 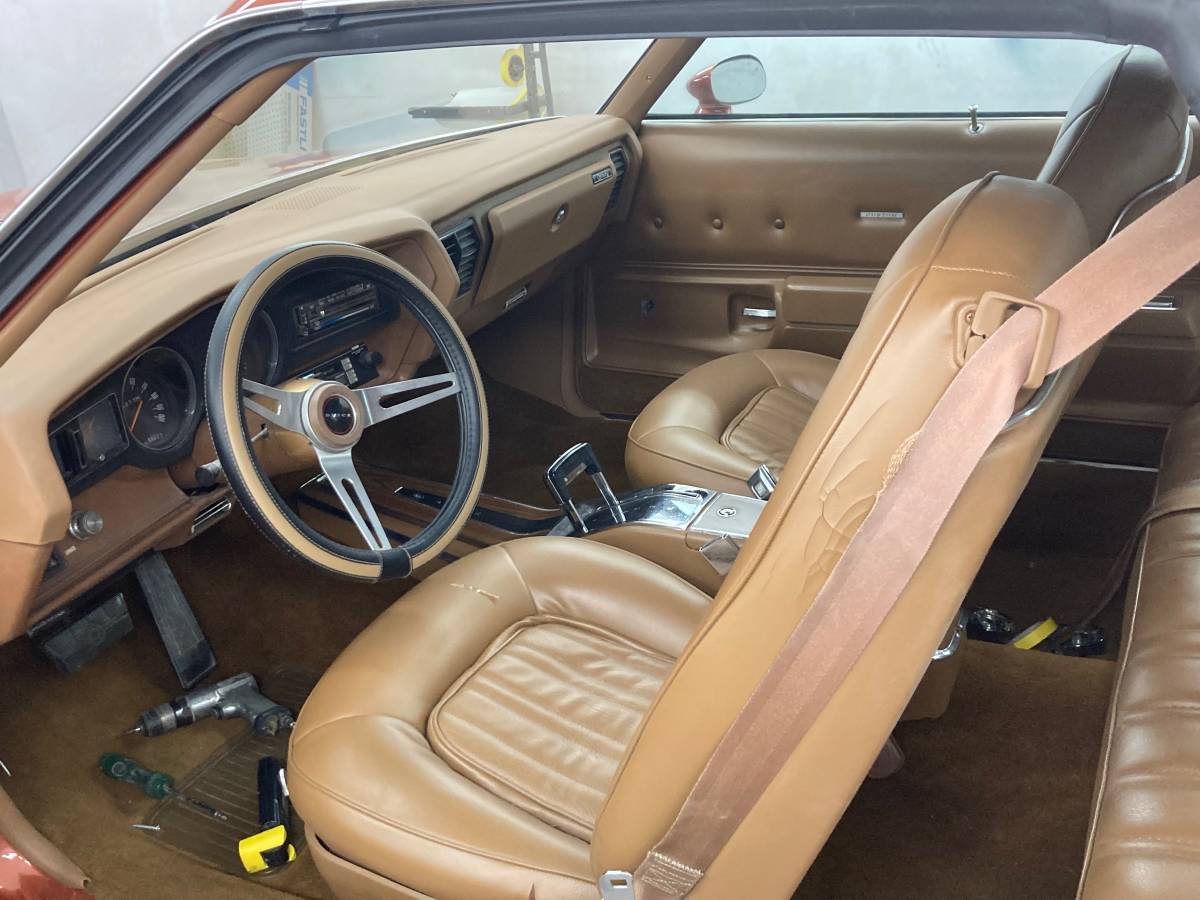 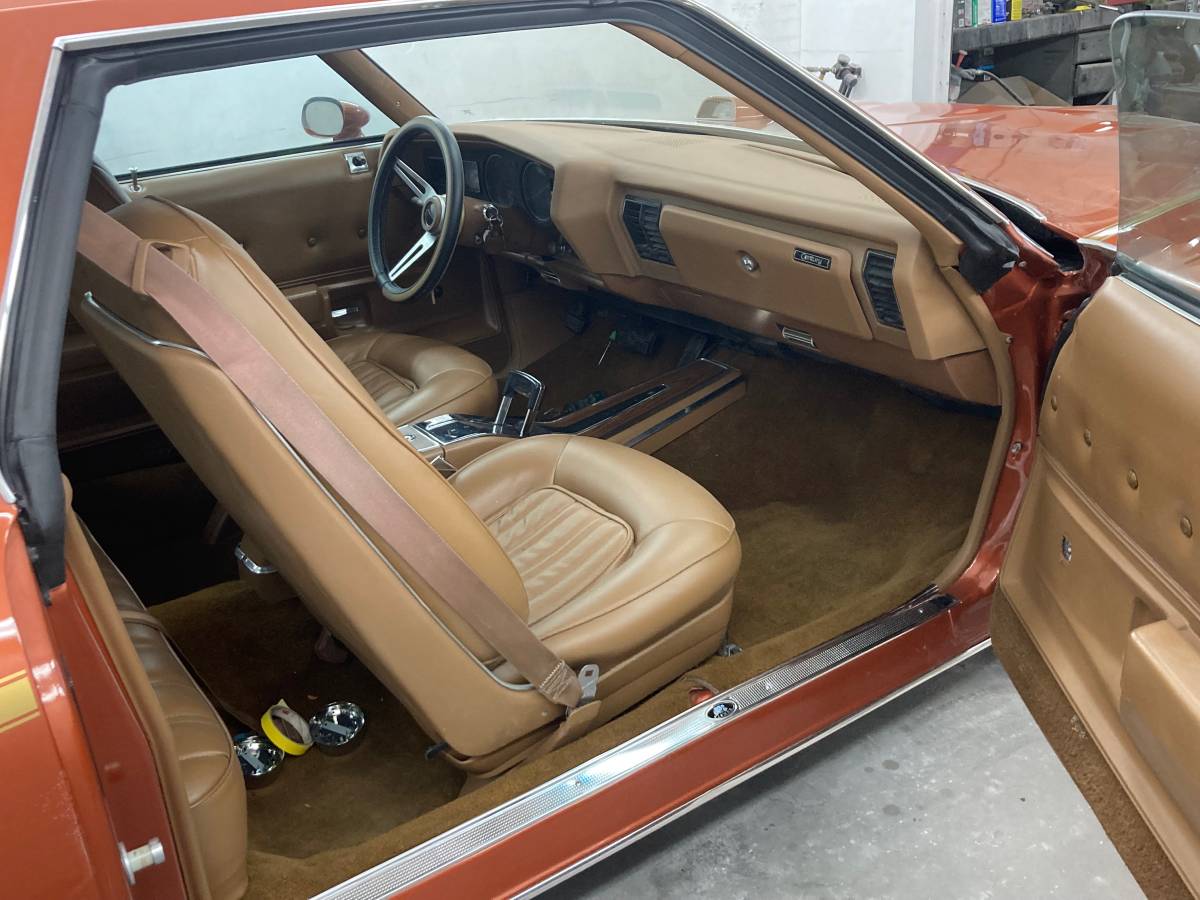 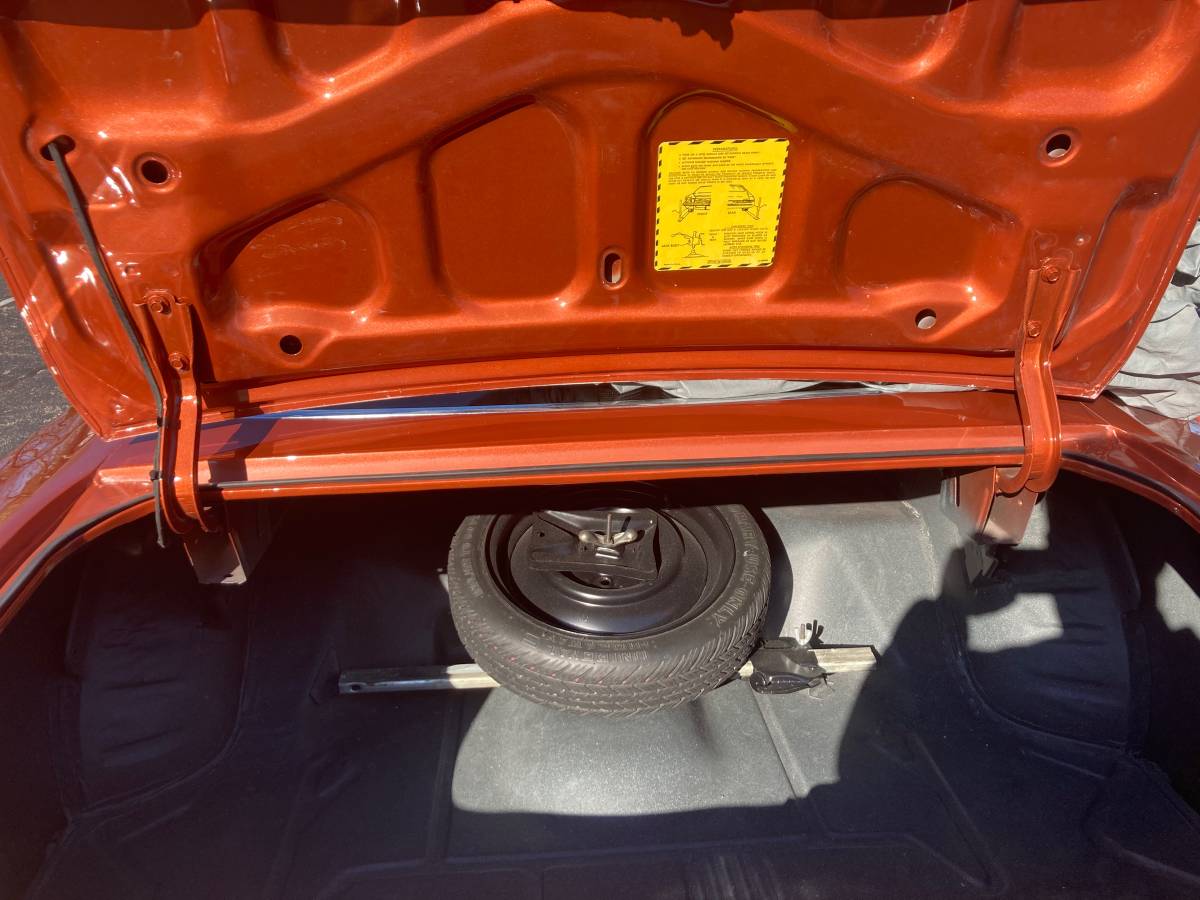 February 27, 2022 Update – We just confirmed the listing for this “Classifind” expired, so with no replacement found we’re assuming this ride “Sold?” While this one got away, please reach out either by email or call us directly if you’d like to be informed when we come across something similar.

By 1975 the Muscle Car Era had been all but neutered by rising insurance costs and the Arab Oil Embargo two years earlier. With mid-size buyers looking for more personal luxury and better fuel economy, 1975 turned out to be the final year for Buick’s storied muscle car, the Grand Sport. Buick officially did not offer the option of its 455 cubic-inch big-block V8 after 1974. However, the seller of this 1975 Buick Grand Sport originally listed in January 2022 on Craigslist in Downers Grove, Illinois (Chicago) makes the claim their car features a dealer-installed version of the motor.

Said to feature a “frame-up” restoration, the private seller currently has their 1975 Buick GS listed for $27,500 currently. Comparing that price against the Collector Car Market Review Online Tool reveals the seller’s ask is $4,600 higher than this guide’s #1 “Excellent” appraisal of $22,900 after factoring in a fifty percent adjustment for the 455 V8, GS package, and bucket seat with console interior.

For 1973, Buick renamed its intermediate line from Skylark to Century, a nameplate previously used on Buick’s full-sized cars from 1936 to 1942 and 1954 to 1958. Like all GM intermediates, the 1973 Century received new Colonnade styling, which amounted to pillared hardtop sedans, coupes, and station wagons – each of which utilized frameless windows along with fixed rear side windows. As part of the redesign, the GS name badge became the “Gran Sport” and was now an option package on the semi-fastback Century Colonnade coupes. The “Gran Sport” option included decals on the rear fenders and trunk lid reading “gran sport” along with suspension and appearance upgrades.

For 1975, the Century GS, or “gran sport” entered its third and final year on the Colonnade body. It was reduced to a mere appearance/handling package as the 455/Stage 1 options were officially discontinued. Buick’s revived 231 cubic-inch V6 was the standard engine, mated to a standard three-speed manual transmission or optional Turbo Hydra-Matic. The only optional engines were two 350 V8s, a two-barrel 155 horsepower version, or the four-barrel option rated at 175 horsepower and offered only with the Turbo Hydra-Matic. Both engines were also mated to catalytic converters for the first time this year, which mandated the use of unleaded gasoline and precluded the availability of true dual exhaust systems. Radial tires were now standard equipment and the Strato bucket seat option reverted to the non-reclining version.

Both the Century GS and the larger Riviera GS (which also had been continually produced since 1965) were discontinued after the 1975 model year due to sagging sales for high-performance cars following the 1973–74 energy crisis and subsequent trends toward smaller and more fuel-efficient cars.

Without some sort of documentation to back it up and no mention of what dealer did this, “Rumored to be dealer-installed” is just hearsay. However, the fact Buick did offer the 455 mill in its full-size cars through 1976 combined with the Turbo-Hydramatic 350 could lend some plausibility to this engine getting stuffed in the car when new, as long as the dealer was located in a state with lax emissions laws.

Other than the tears on the driver’s seat bolsters, this 1975 Buick Century Gran Sport presents as a restored example in an attractive color combination.

“WOULDNT YOU REALLY RATHER HAVE A BUICK”
Rare and beautiful 1975 Buick GS. Fresh frame-up restoration on a clean southern car just completed. Has a 455 engine rumored to be dealer-installed. Rebuilt turbo 350 with 2500 stall. Factory buckets and console. Factory reflective stripes. Buick mags with BFG tires. 2.5” exhaust sounds awesome. Runs and drives great. Email me with a phone number and I’ll call you back. No scammers or dealers. Thanks for looking!“

BS or real GS: Do you believe the 455 cubic inch V8 was dealer-installed?  Comment below and let us know!