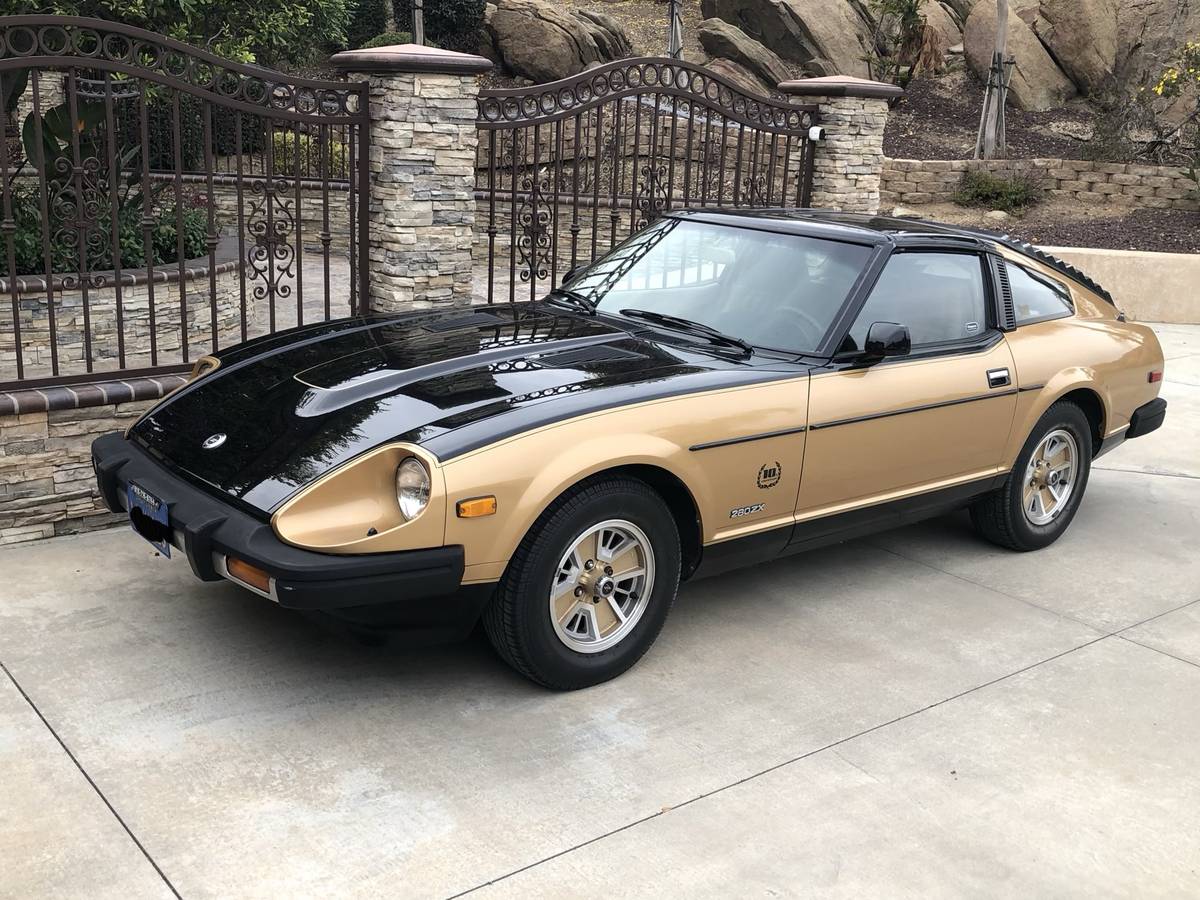 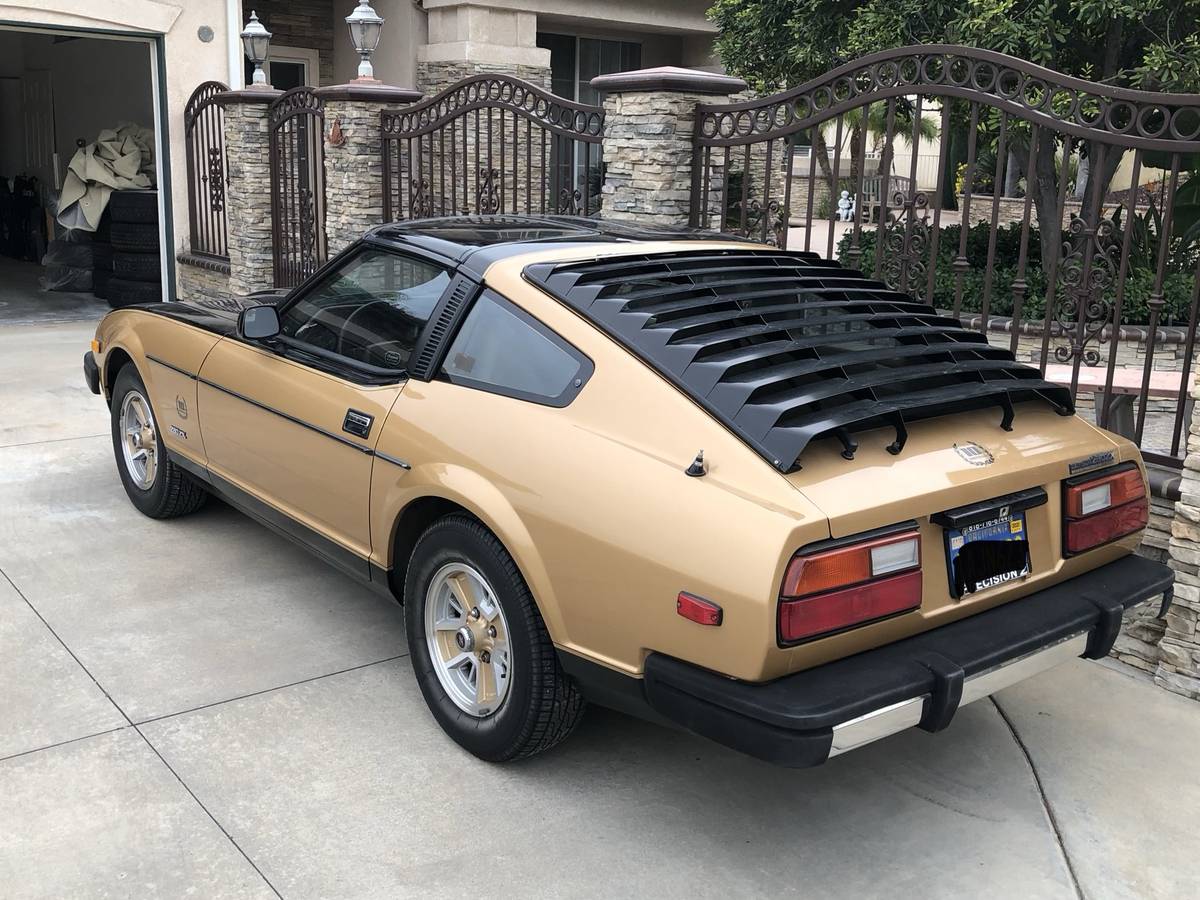 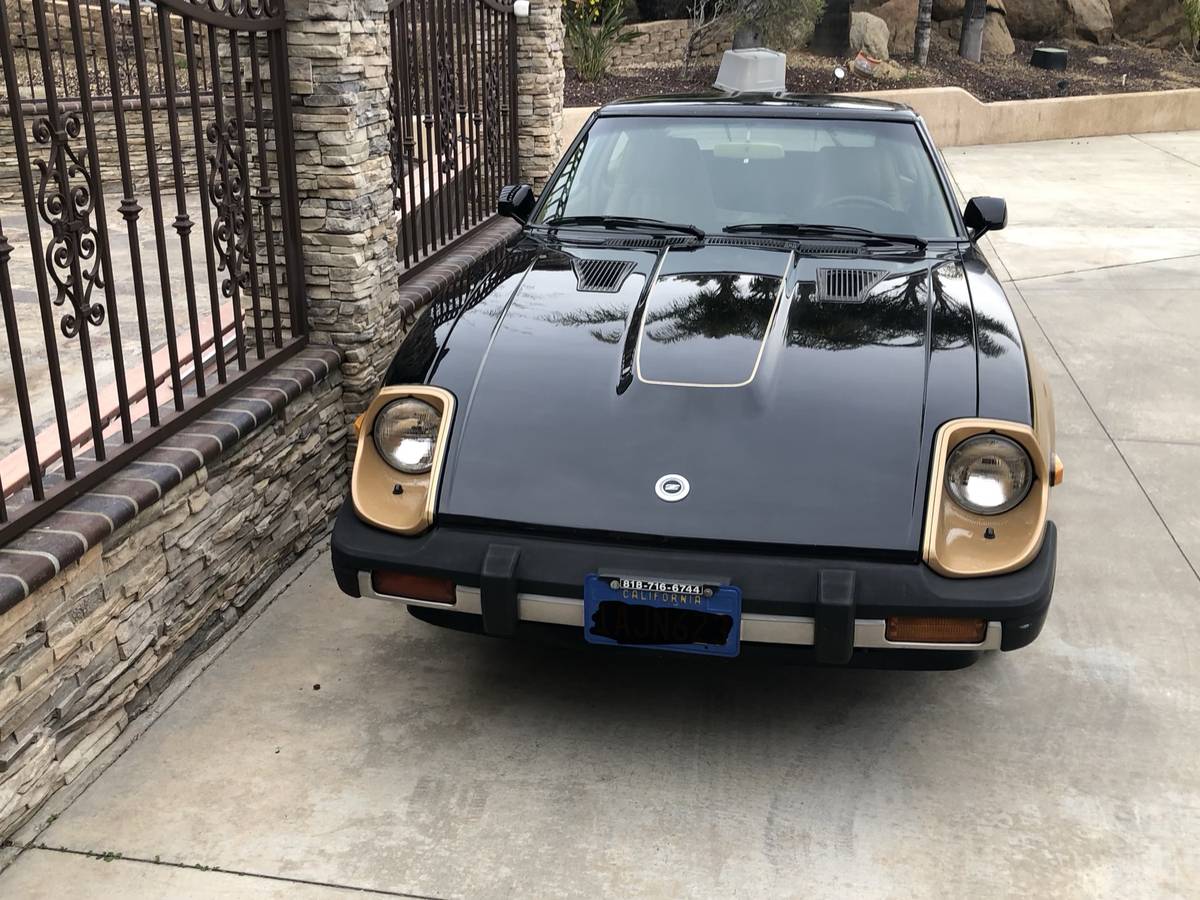 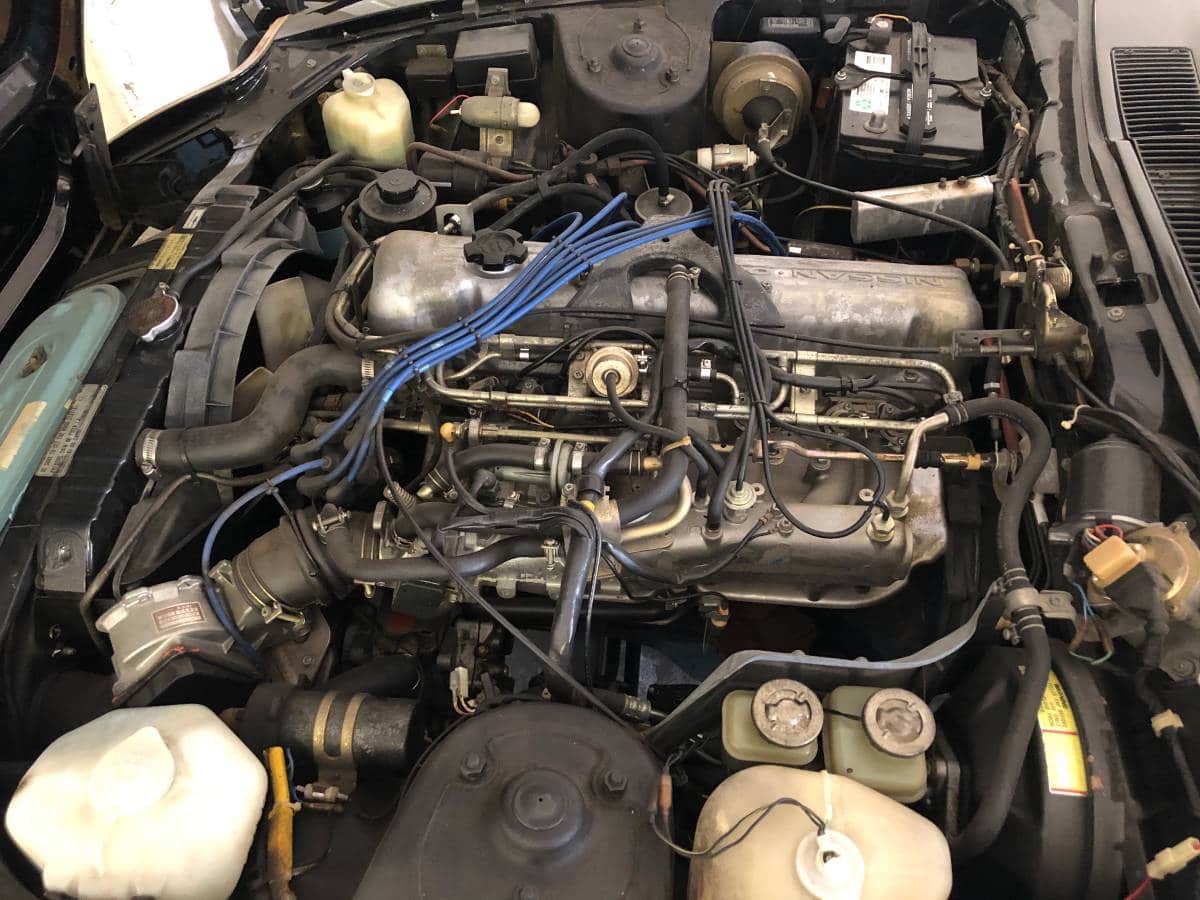 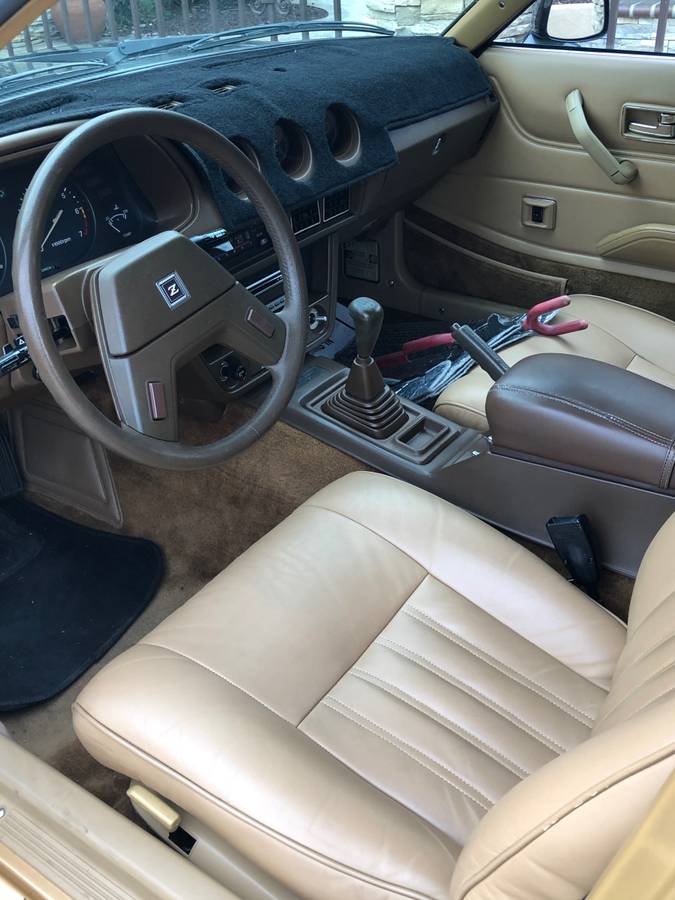 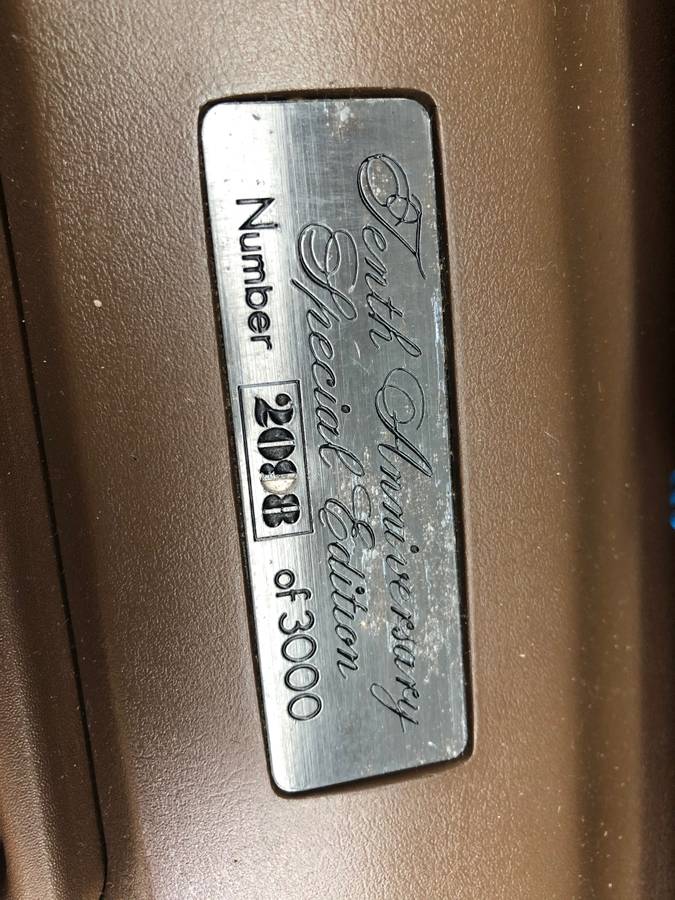 February 20, 2022 Update – We just confirmed the listing for this “Classifind” expired, so with no replacement found we’re assuming this ride “Sold?” While this one got away, please reach out either by email or call us directly if you’d like to be informed when we come across something similar.

Throughout the 1970s, many once fun performance cars became luxury touring cars as increasing emissions regulations and the desire for better fuel economy drove consumers’ change in tastes.  A primary example is a metamorphosis of Datsun’s Z-car from the original 1970 240Z to the Tenth Anniversary 1980 Dastun 280ZX originally listed on Craigslist in January 2022 in Riverside, California.

This extremely clean example belies its 161,000 accumulated miles.  Currently offered at $27,500, comparing that price against the Hagerty Insurance Online Valuation Tool confirms the private seller has their 280ZX priced between this guide’s #3 “Good” estimate of $17,000 and its #2 “Excellent” appraisal of $32,600.  Interestingly, the  Collector Car Market Review Online Tool provides a much different assessment as in this case the asking price is $5,500 above this guide’s #1 “Excellent” appraisal of $22,000 after factoring in a fifteen percent premium for T-Tops and factory A/C.

Nissan produced its second-generation S130 Z car from 1978 through 1983. Depending on the market, Nissan sold the car as either the Datsun 280ZX, Nissan Fairlady Z, or Nissan Fairlady 280Z, depending on the market.  The 280ZX was the first time the “by Nissan” subscript was badged alongside the Datsun logo, along with Nissan trucks. The 280ZX was Motor Trend’s Import Car of the Year for 1979.

The 280ZX was a complete redesign, retaining only the L28 inline-six engine and other driveline components from the 280Z. Nissan offered both two-seat and four-seat (2+2) designs. Compared to the more overtly sporting earlier models, the 280ZX was a much softer, heavier car, with less focus on driving and more on driver comfort and refinement.  Softer suspension, better sound insulation, more comfortable seats, and ample equipment including high-end audio systems defined the new ZX. In the spirit of the times, emissions controls and aerodynamics were markedly improved over the first generation Z-cars, while weight was down somewhat as long as the buyer did not pick much from the very long options list.  The exterior design was evolutionary, less rounded, and with better-integrated safety bumpers. Many parts, including the rear axle and the power steering, came from the Datsun 810 luxury sedan.  Most of the design effort went into the entirely different and much more modern interior.  The car became a grand tourer rather than a sports car, particularly in the plush Grand Luxury versions.

The 280ZX adopted suspension similar to that of the concurrent Bluebird 910, with MacPherson struts in front and semi-trailing arm independent suspension in the rear.  The 280ZX’s body was redesigned with aerodynamics in mind. By closing in the open grille of the first generation Z-car and through other improvements taken from wind-tunnel testing, the drag coefficient was reduced from 0.467 to 0.385, and the lift coefficient from 0.41 to 0.14. The new design had a lower center-of-gravity and nearly 50/50 weight distribution in both the two-seater and 2+2 designs. The rear of the car was stretched to accommodate a larger twenty-one-gallon fuel tank. Overall, the new body design gave better fuel economy and high-speed stability (one of the known issues from the first generation Z-car).

Interestingly, the 280ZX initially offered either unassisted rack-and-pinion steering or a Datsun 810-derived recirculating ball system with power assistance. Neither came in for much appreciation in period road tests.  A new power-assisted rack-and-pinion replaced the recirculating-ball steering system for the 1981 turbo, becoming available on the naturally aspirated models the following year.

It is a common misconception that the 280ZX’s L28 engine is less powerful than the L24 engine of the 1970 240Z or the L26 engine of the 260Z; the difference is due to Nissan adopting the SAE net standard of power measurement, which resulted in lower power ratings than the earlier gross figures and added emissions. However, Nissan designers deliberately sacrificed raw acceleration for improved fuel economy in the 280ZX, so the early 1979 models rated at 135 horsepower actually had slower acceleration than the 240Z, largely due to increases in weight and taller gearing, as well as power losses to emissions controls. This overall performance deficit was not addressed until the release of the 280ZX Turbo in 1981.

From 1980 onwards, the 280ZX was available with a T-bar roof (on both the two-seater and 2+2 body styles). The T-bar roof panels could be removed and stored in bags in the rear of the car.

In 1980, a limited edition “10th-anniversary” car was released. Available in either black and gold or black and red two-tone paint, these cars came with leather seating and other special trim features. A total of 3000 of these cars were built – – 2500 in black and gold, and 500 in red and black.

What’s most impressive about this 1980 Datsun 280ZX is how the condition of the paint and interior belies the 161,000 miles driven. You’ll need to confirm with the seller how much of the cosmetics have been restored versus what remains original.

Show or go: what would you do with this 1980 Datsun 280ZX Tenth Anniversary Edition?  Comment below and let us know! 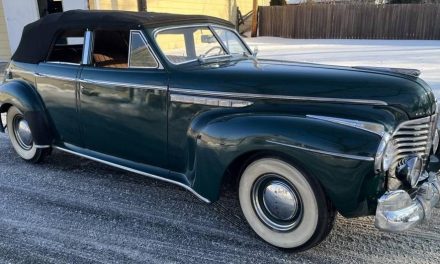 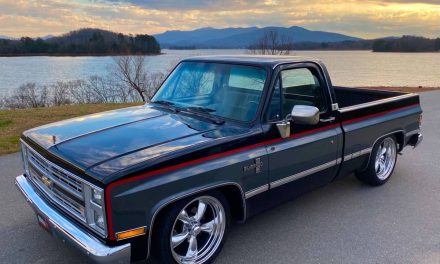 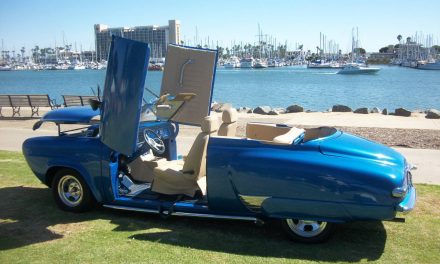 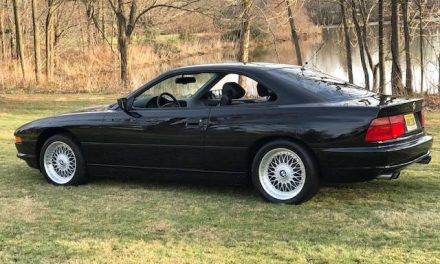