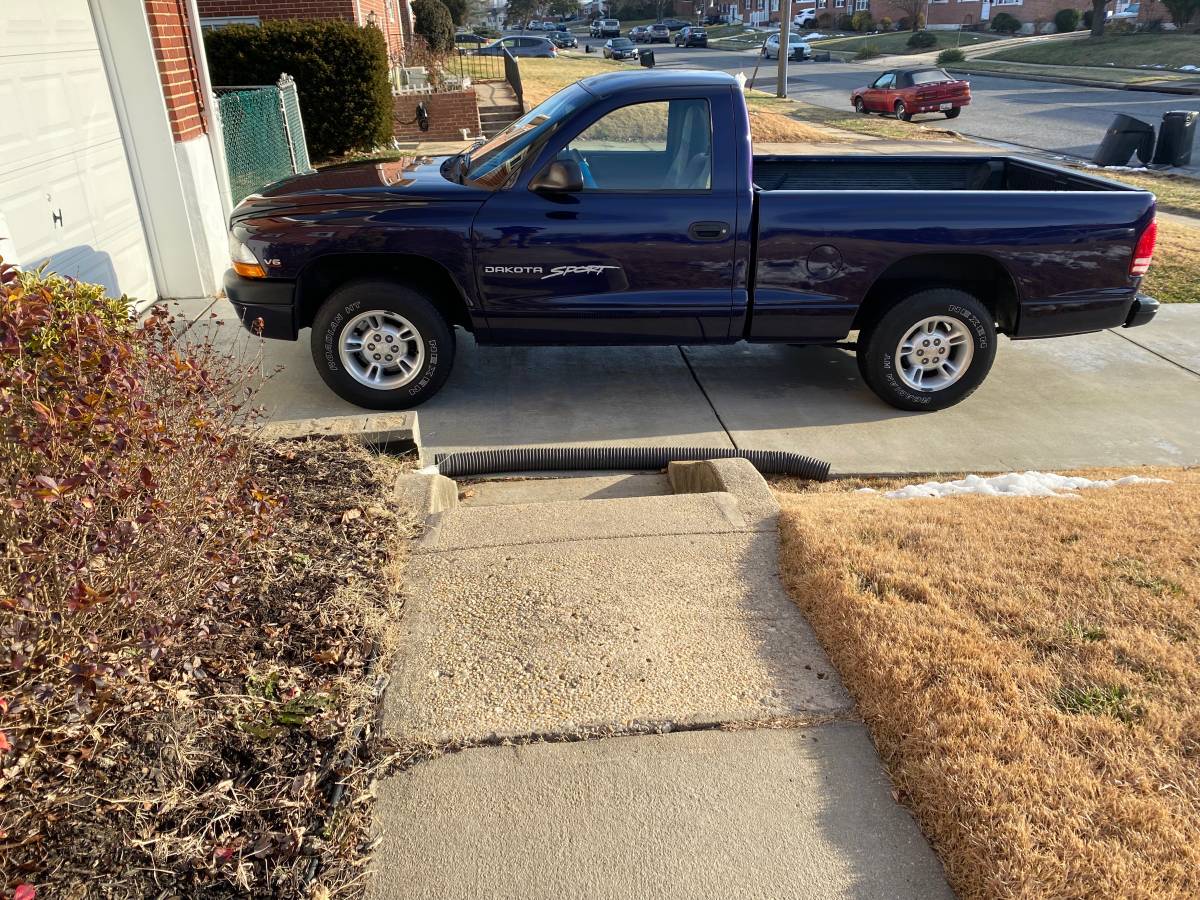 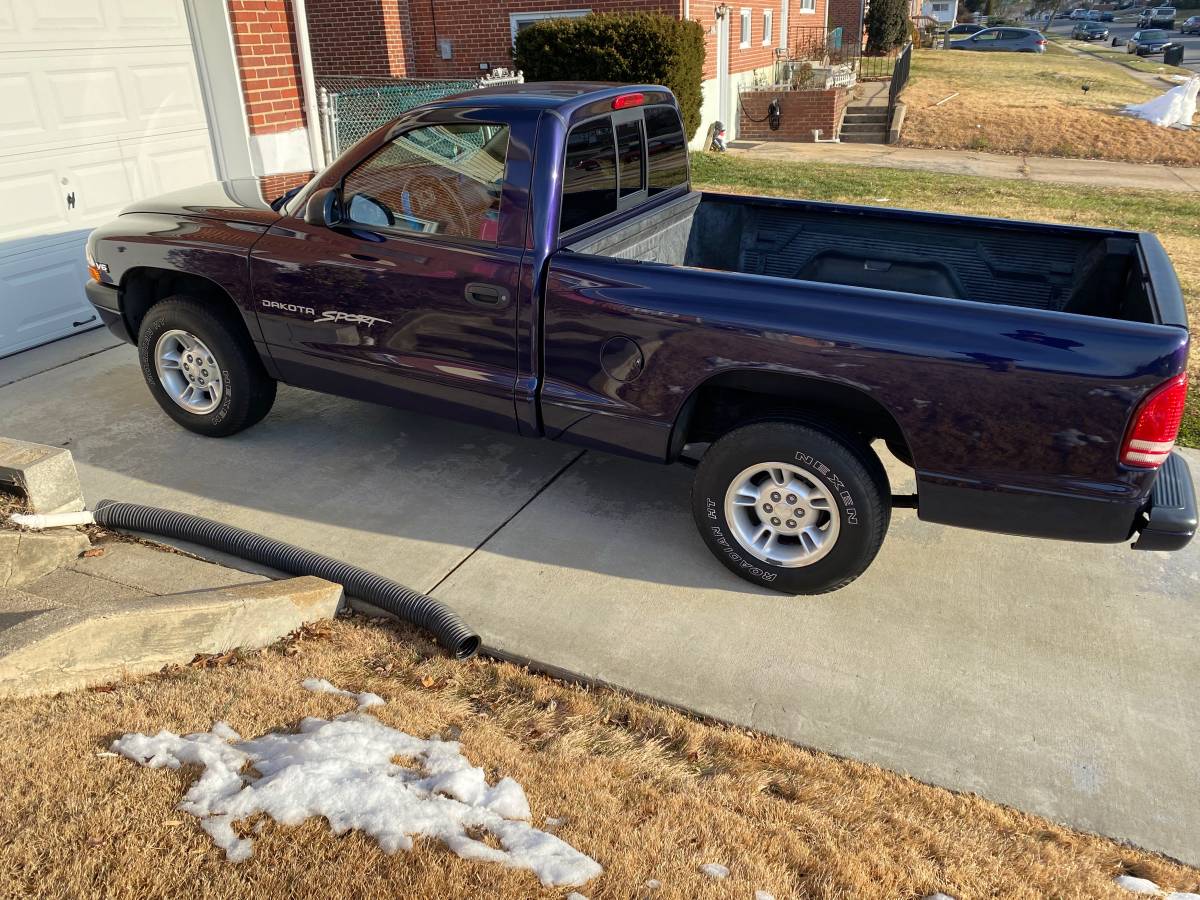 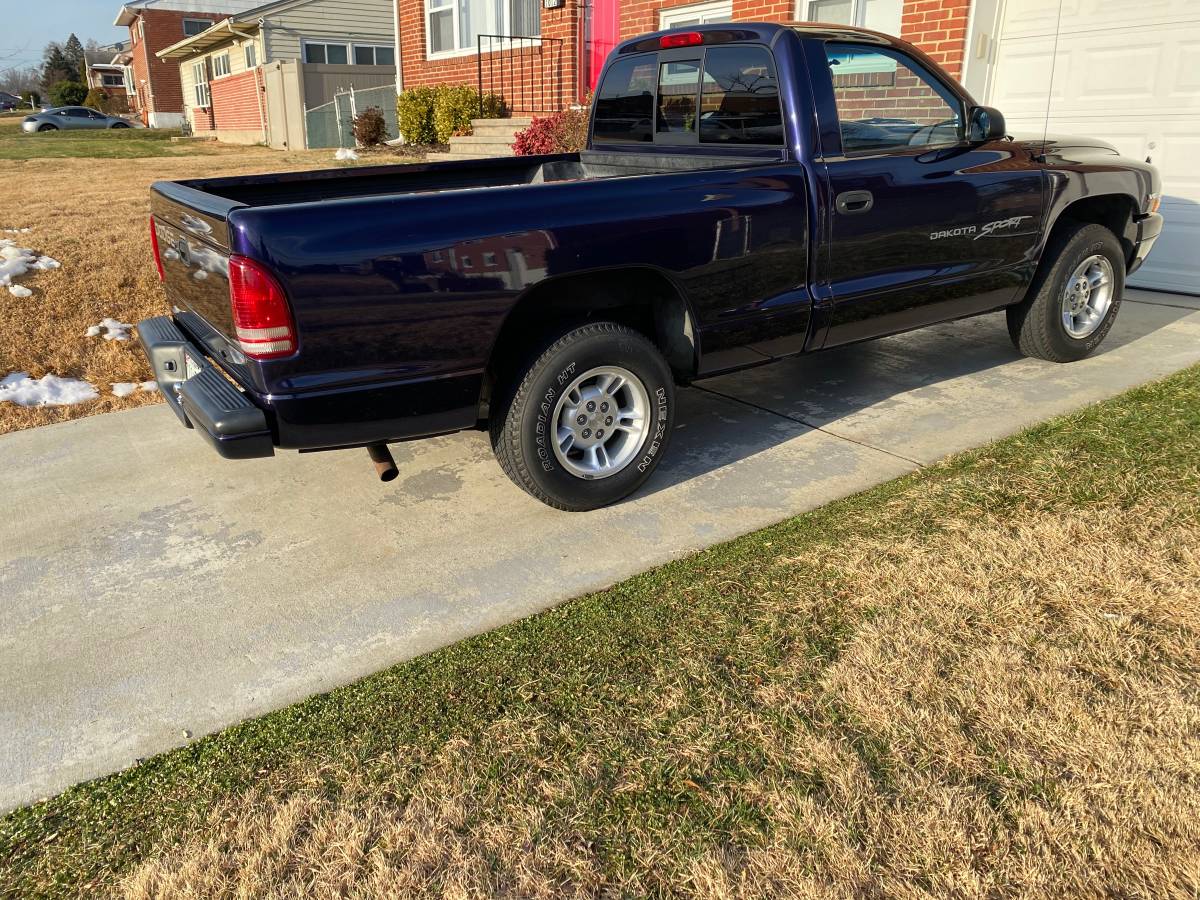 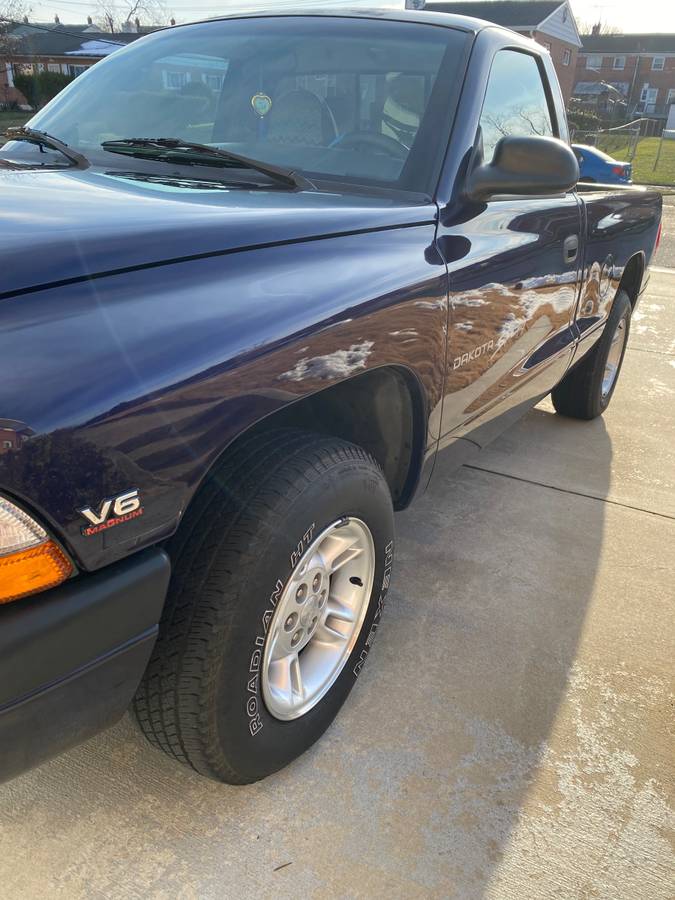 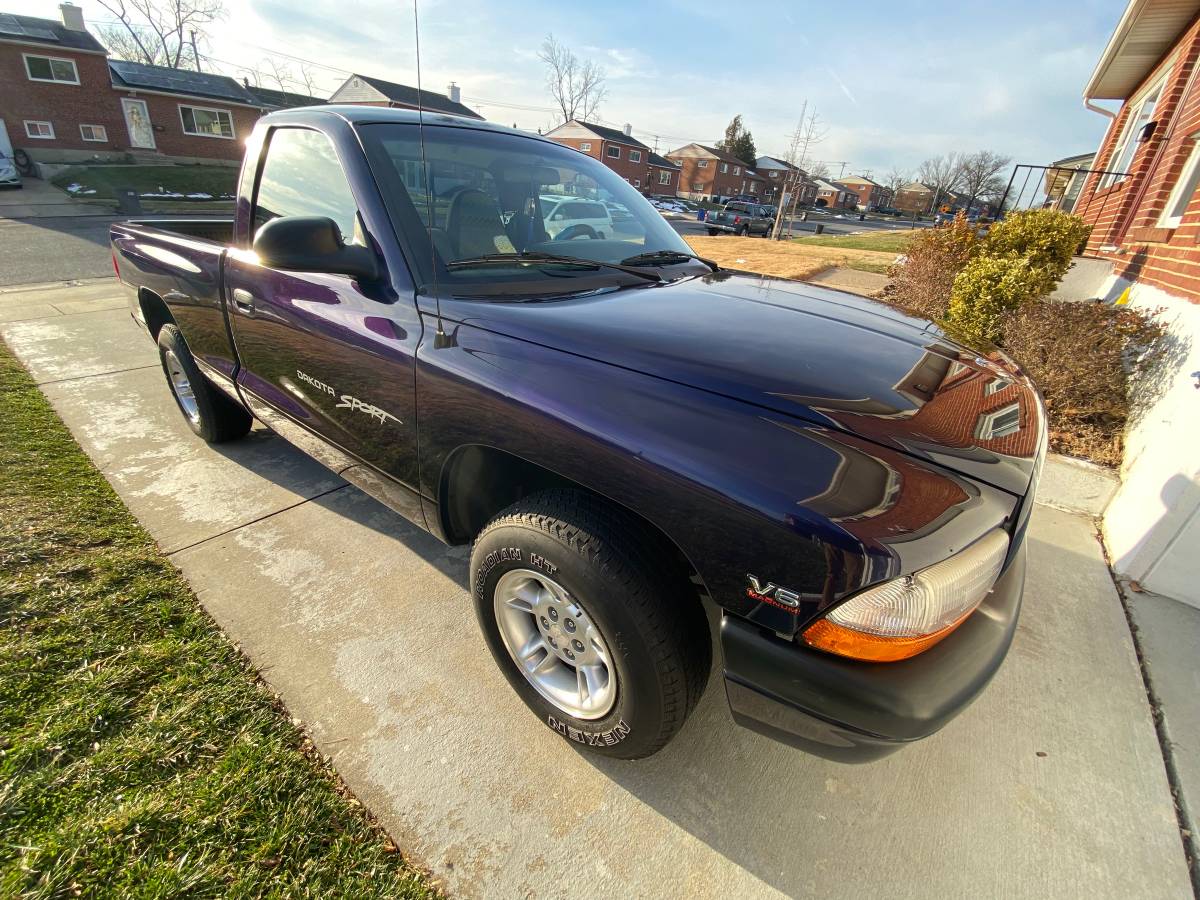 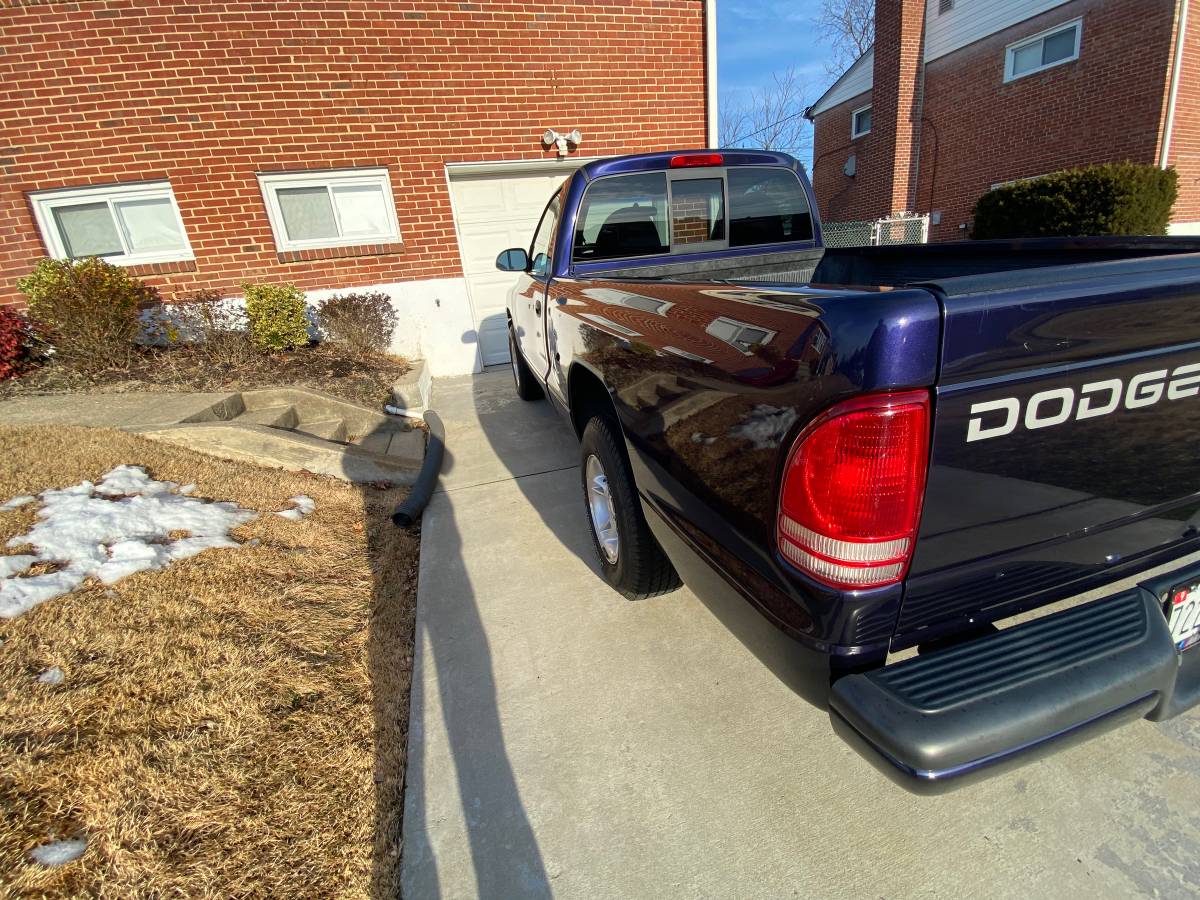 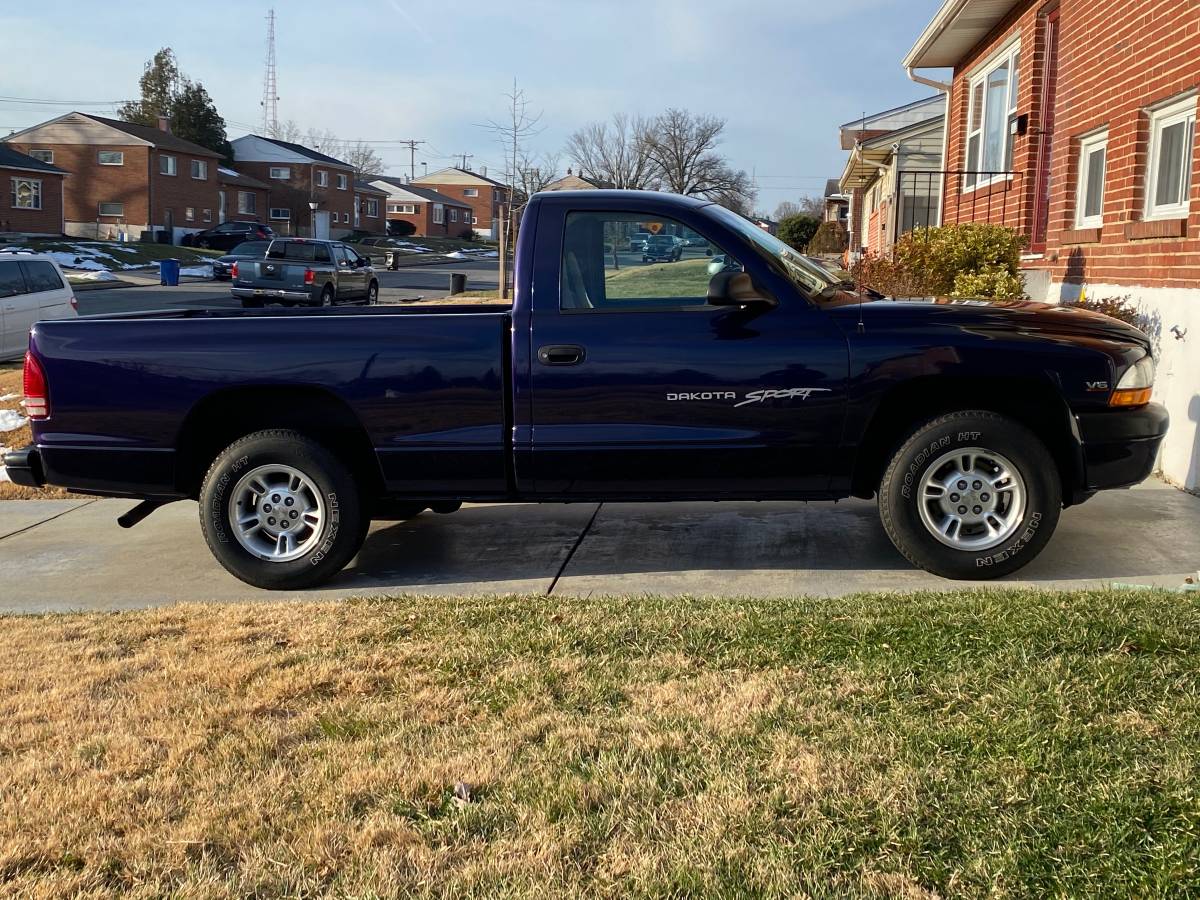 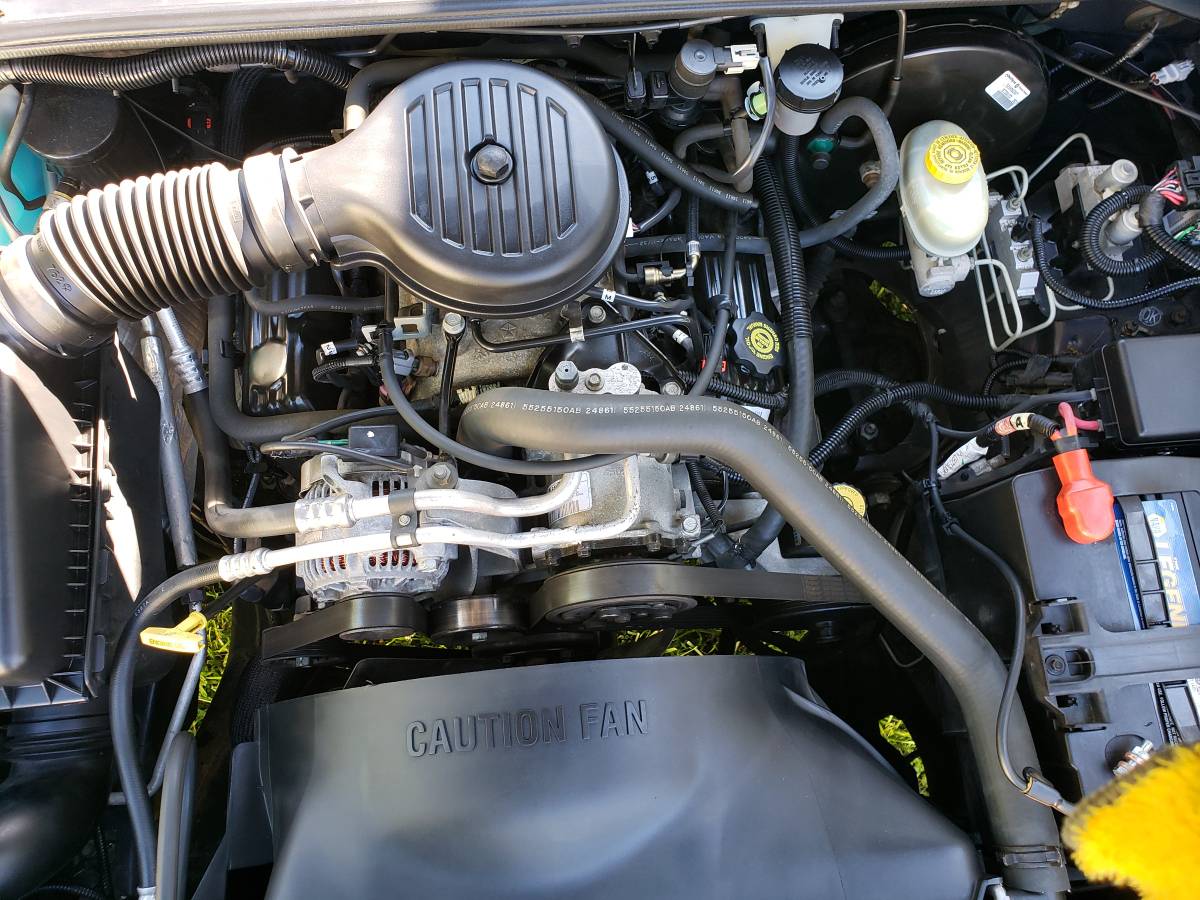 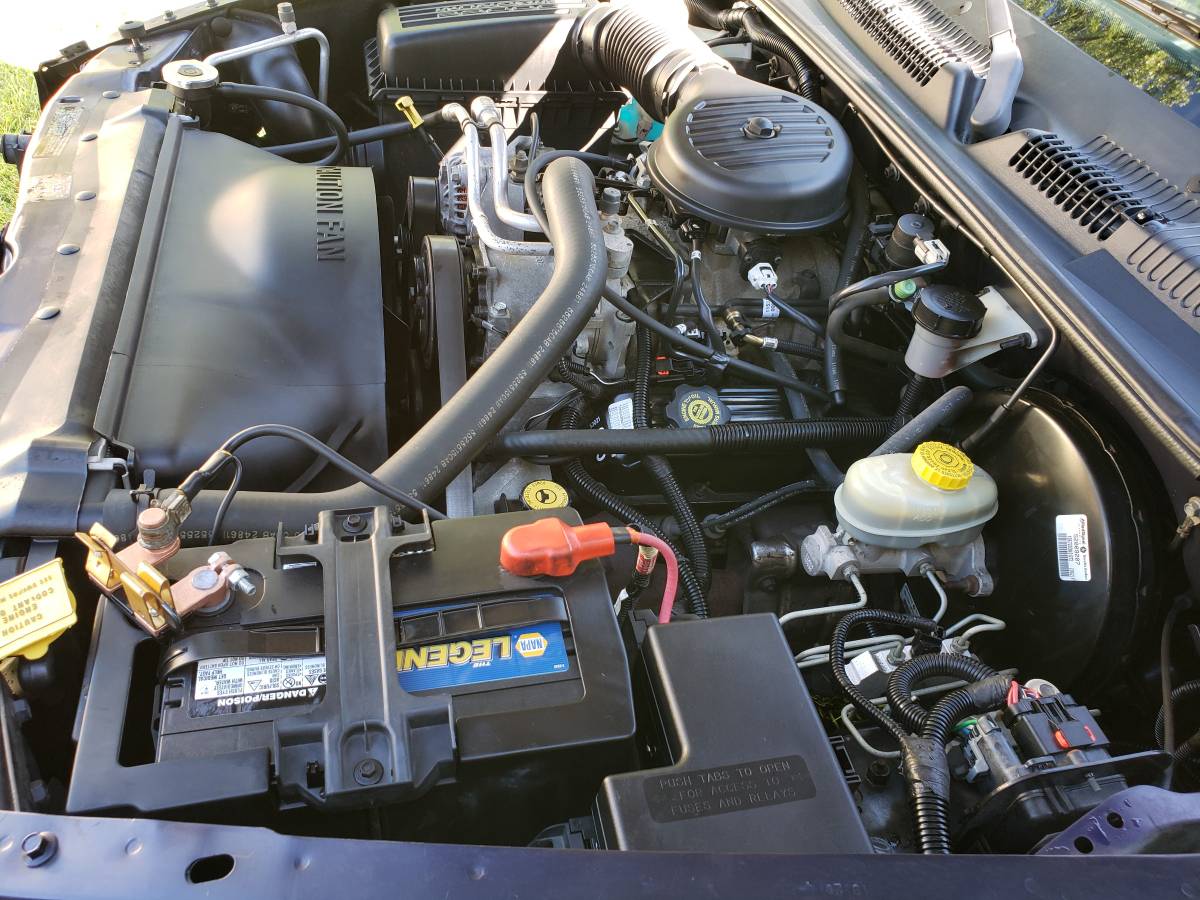 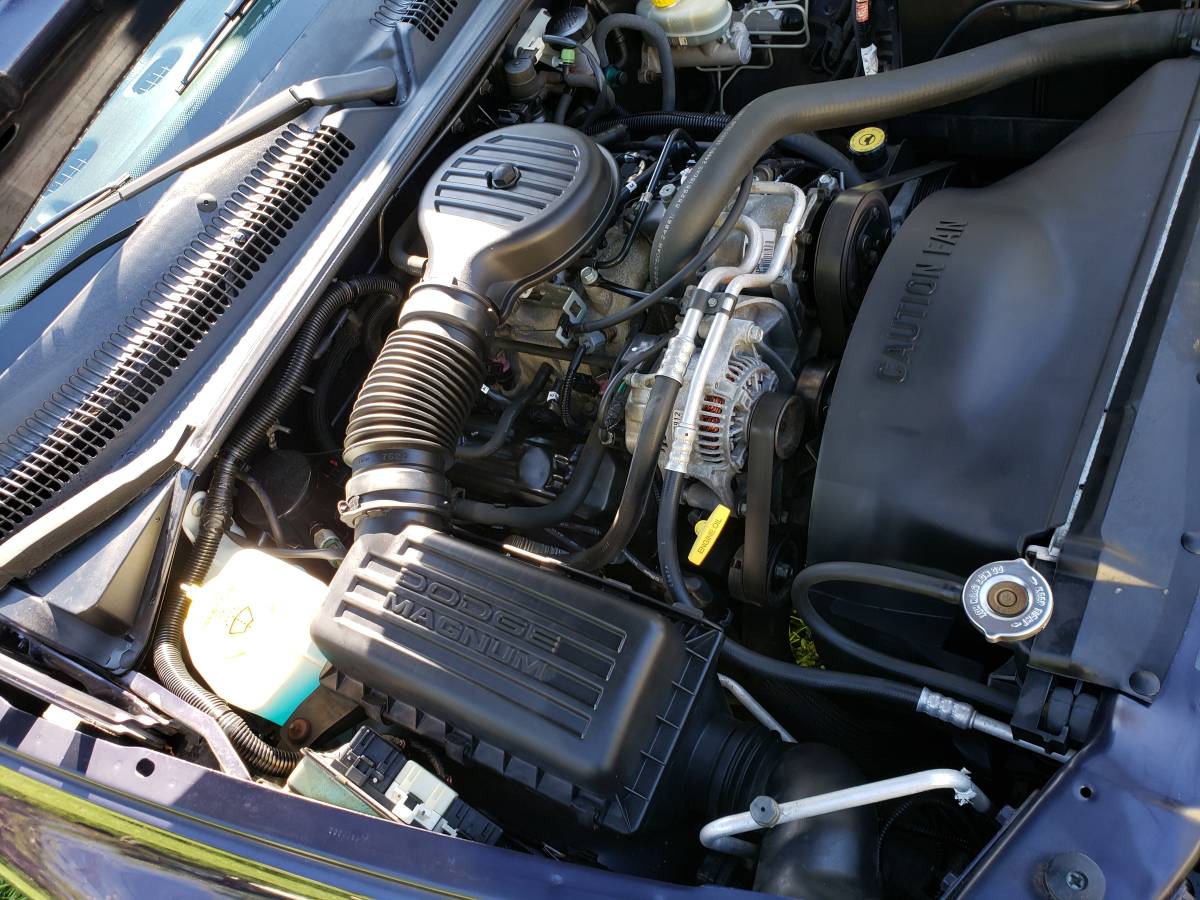 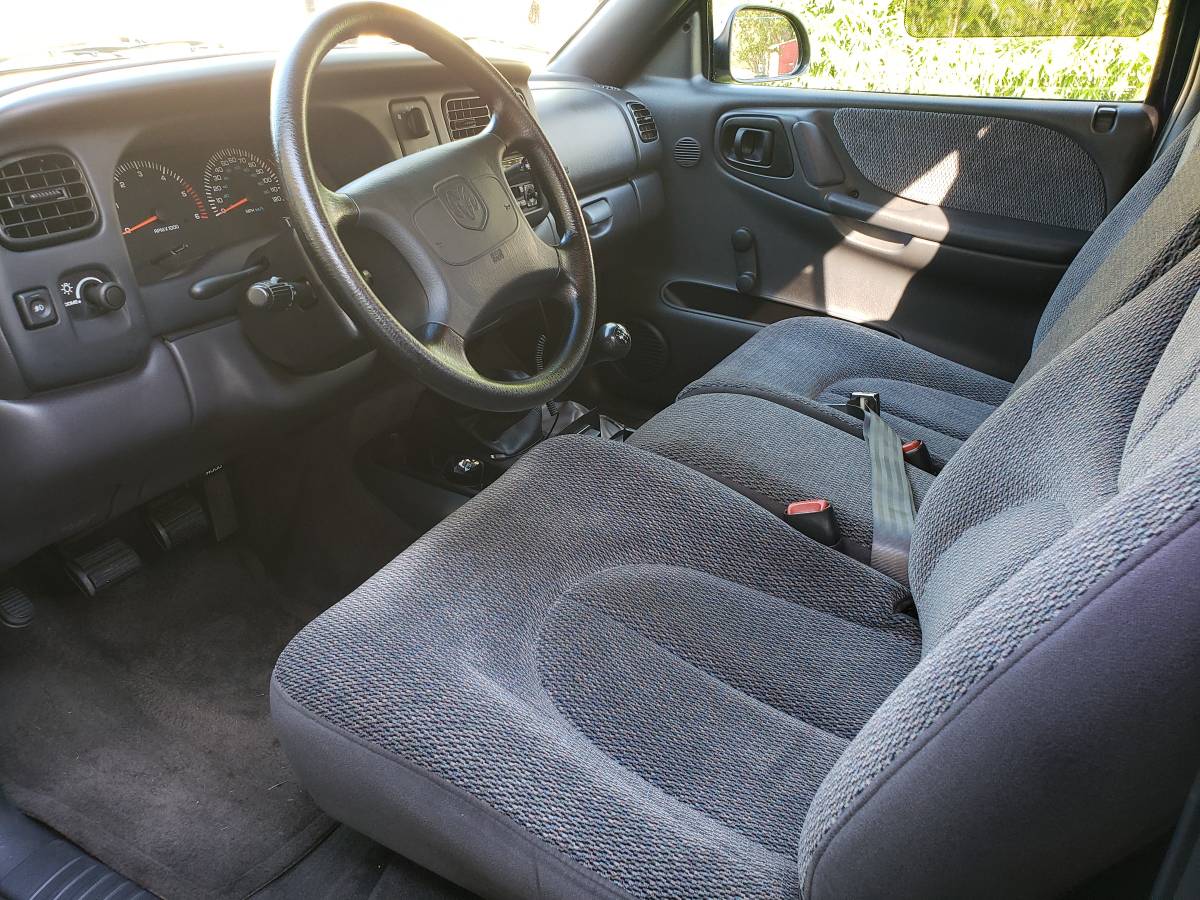 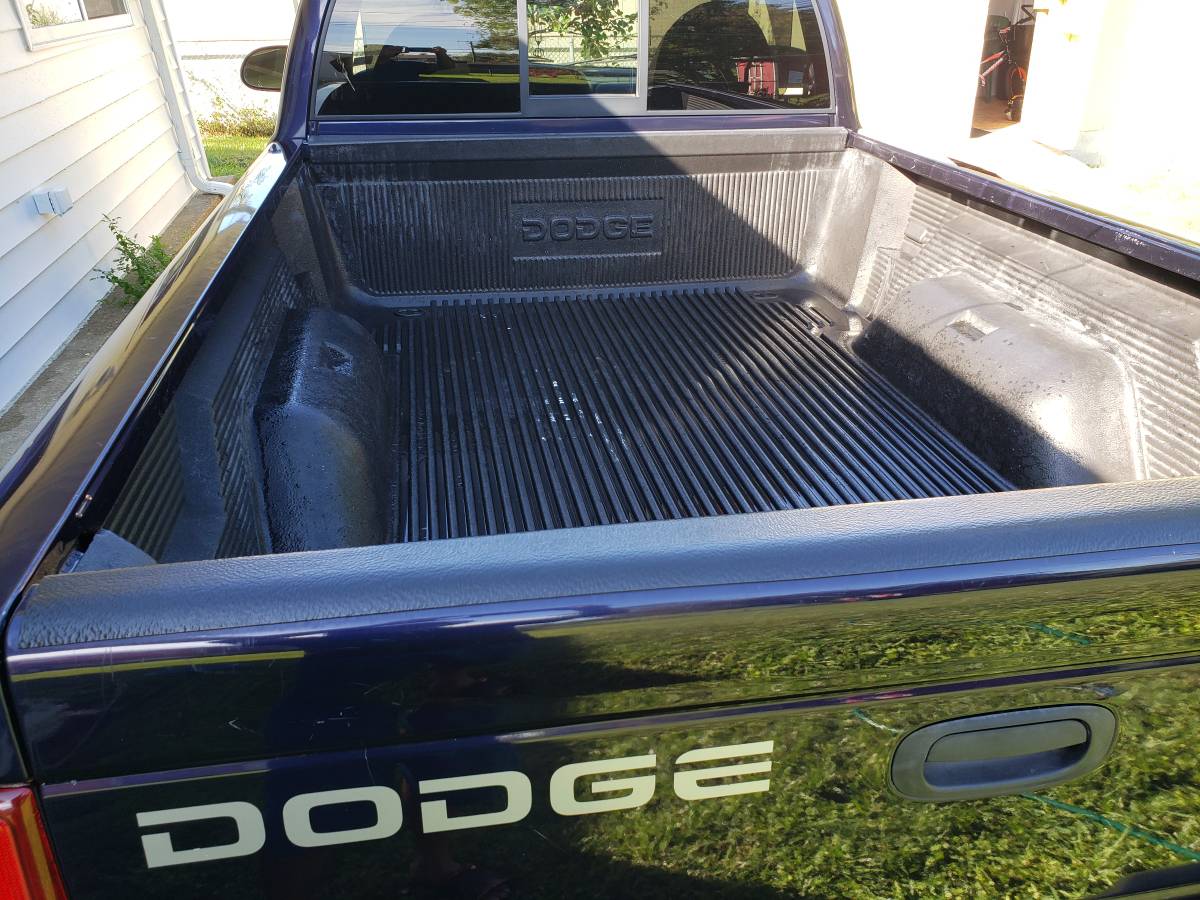 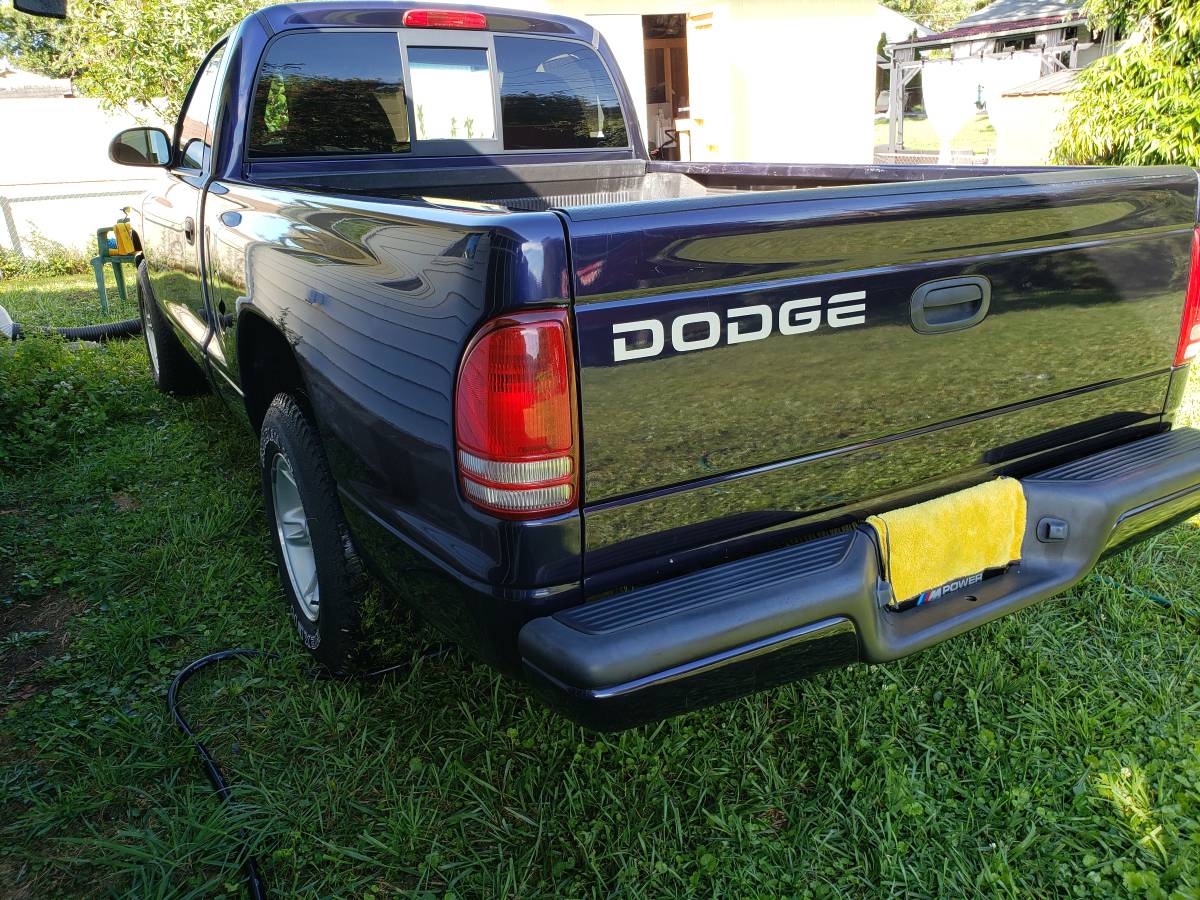 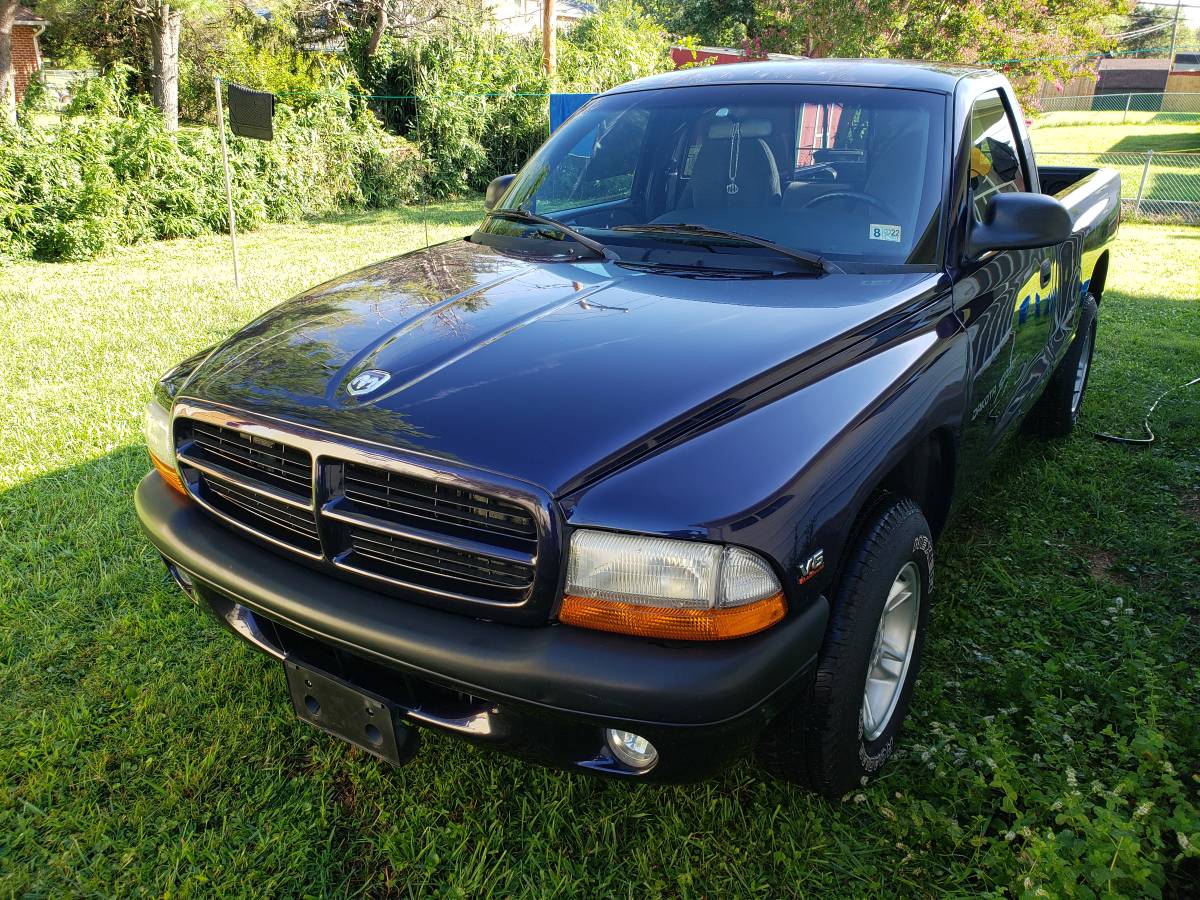 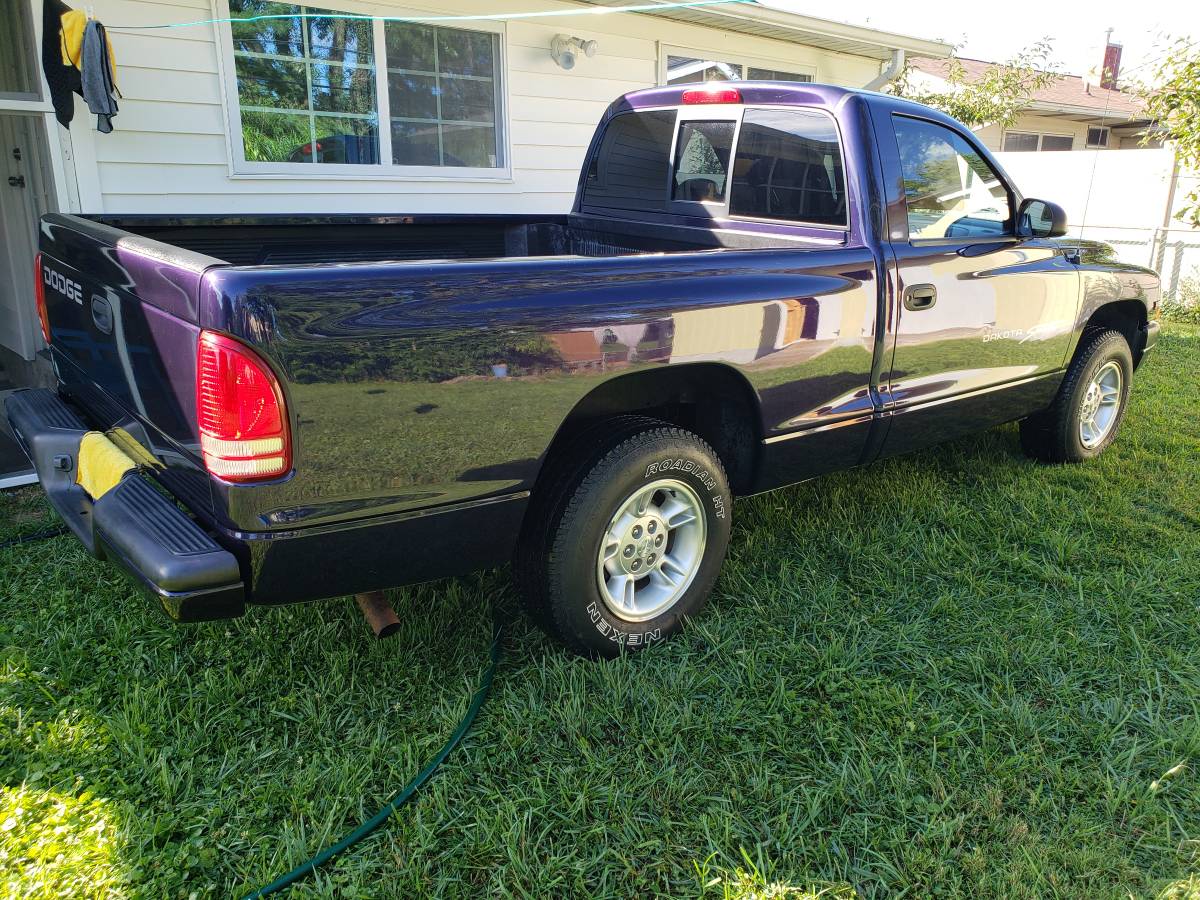 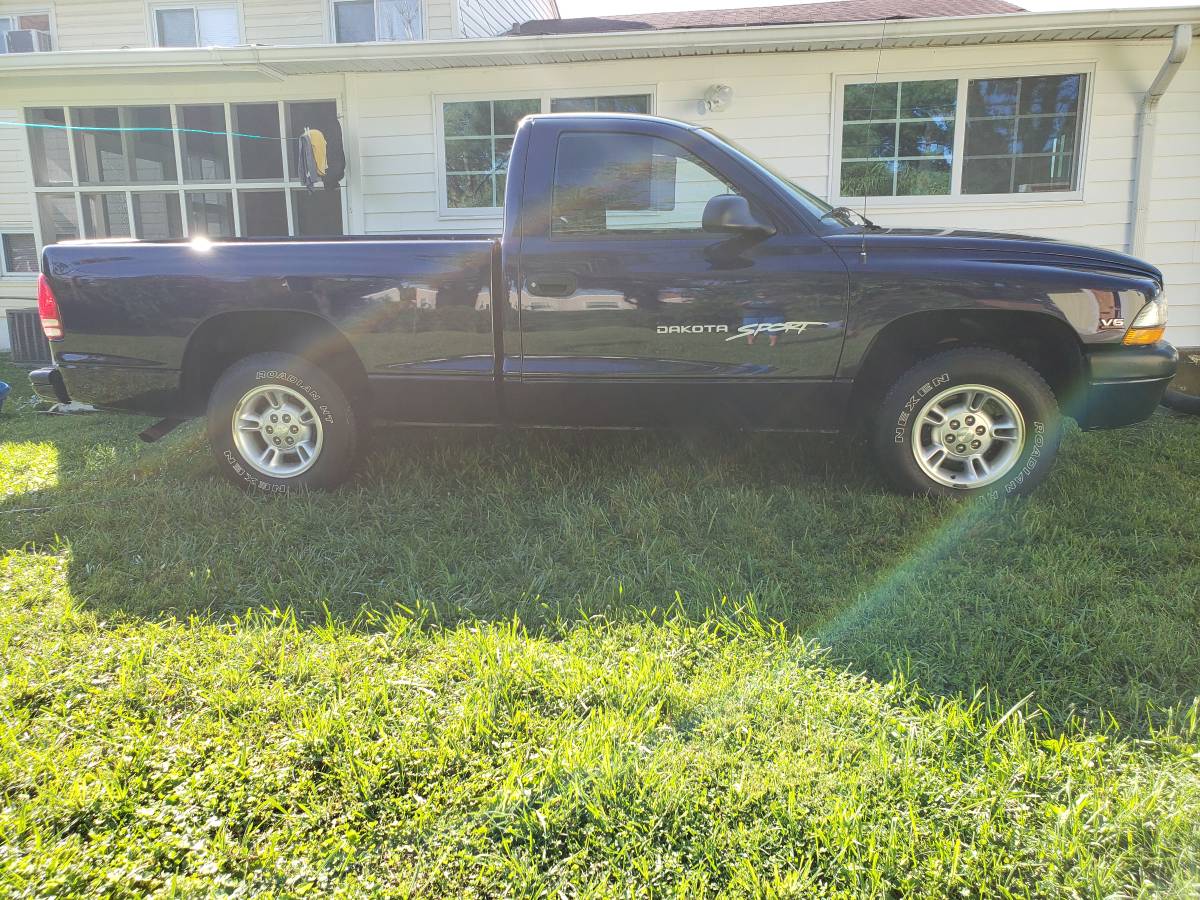 January 31, 2022 Update – We confirmed the seller of this “Classifind” deleted their listing, so we’re now able to call this one “SOLD!” While this one got away, please reach out either by email or call us directly if you’d like to be informed when we come across something similar.

Today’s trucks are too damn big.  Even the “compact” Ranger and Colorado Ford and Chevrolet currently pitch are nearly as big as their offerings from the 1970s.  And heaven forbid you might want a two-door compact pickup equipped with a full-length eight-foot bed. Nope, the closest you can get is extended cab versions equipped with compact-sized beds.

As a refreshing alternative, we suggest this purple 1989 Dodge Dakota two-door pickup originally listed in January 2022 on Craigslist in Ellicott City, Maryland (Baltimore) featuring a five-speed manual transmission and a reported 36,000 original miles.

Currently offered for $12,990, with both Hagerty Insurance and the Collector Car Market Review not offering valuations for this truck, the J.D. Power NADA Guides Online Valuation Tool reveals the original owner’s asking price is well above this guide’s current “Low”, “Average”, and “High” retail value range of only  $1,164, $2,494, and $3,420, respectively. The seller is firm on their price, so only you can decide whether the low mileage, well maintained, showroom condition is worth the premium.

Dodge offered its mid-size Dakota pickup from 1987 through 2011 across two generations.

The second-generation Dakota began development in 1991, with an exterior design proposal by Dennis Myles under design director John R. Starr being approved in mid-1993 and frozen for production in January 1994, 30 months ahead of Job 1. Design patents were filed on May 20, 1994 under D373,979 at the USPTO. The 1997 model year Dakota was unveiled via press release in the summer of 1996 and built from July 1996 through July 2004. It inherited the semi truck look of the larger Ram, but remained largely the same underneath although steering was updated on 4 wheel drive models to rack and pinion as a part of the re-design. That year had the introduction of the ‘R/T’ model with the 5.9 L 250 hp (186 kW) Magnum V8. At the time of its introduction, it was seen as one of the most radical in its class, not only for its styling, but also because it remained the only truck in its class with an available V8 engine that rivaled many V8s found in full-sized trucks with payloads up to 1,500 lb (680 kg).

In the spring of 1998, a new limited-edition R/T package was available as an option on the Dakota Sport model from 1998 -2003. This version is considered a true street/sport truck, only available in RWD. Factory modifications such as a 360 cid/5.9-liter V8 which produced 250 hp (186 kW) at 4,400 rpm and 345 foot-pounds of torque at 3,200 rpm. The only transmission choice available was the 46RE four-speed automatic, performance axle, limited-slip differential, sport suspension and steering, upgraded brakes, performance exhaust, special 17×9″ cast-aluminum wheels, monotone paint, bucket seats, and many other standard options came with the package. Chrome wheels were available on 2002 & 2003 models. Some of the last models made in 2003 came with the new stampede lower body cladding package and a chromed version of the original cast 17×9 aluminum wheels at no extra charge. This version of the R/T Dakota was produced through 2003, with the newer 2003 R/T trucks designated as their own trim line, and no longer as part of an option package on the Dakota Sport trim. The Dakota R/T could accelerate from 0 to 60 mph (97 km/h) in 6.9 seconds and complete a quarter-mile sprint in just over 15 seconds. It had a maximum towing capacity of 1,800 lb (816 kg) and a maximum payload capacity of 970 lb (440 kg). The RT Package: The R/T package included additional upgrades. It came with a performance-tuned suspension, quicker steering gear, thicker stabilizer bars front and rear, P255/55R17 tires, and a ride height that was 1-inch lower than the standard Dakota.

The Motoring TV YouTube Channel features this vintage road test when they first drove the second-generation Dakota when it launched in 1997:

If you look at a lot of used vehicles each day, you start to be able to pick out ones that have obviously been well-maintained and cared for.  This 1989 Dodge Dakota is an example of that. Combine that with a rare five-speed manual and factory a/c and we would have no trouble paying the seller’s ask if the CarFax and their receipts confirm the mileage.

“Here’s a chance to own a Vintage 1998 dodge Dakota sport pickup truck in showroom condition with only original 36 k miles. This V6 RWD truck has a 3.9 L engine and a 5 speed manual transmission. Truck is all original and not a restored version. Comes with all original keys and manual. Runs amazing and doesn’t need anything. 6.5’ foot bed with a liner. Super-fun to drive and it pulls strong. No rust.
Recent documented preventive maintenance covered;
New Mopar serpentine belt and pulleys.
All 4 new Monroe sensatrac shocks.
New water pump and thermostat.
New heater core.
Coolant flush.
New air filter, PCV valve, and fresh oil change.
Emergency brake serviced.
Tires, brakes and clutch in great shape.
Great A/c and heat. Manual windows and seats.
No test drive permitted if you don’t know how to drive manual transmission.
Must see…Firm Price.”