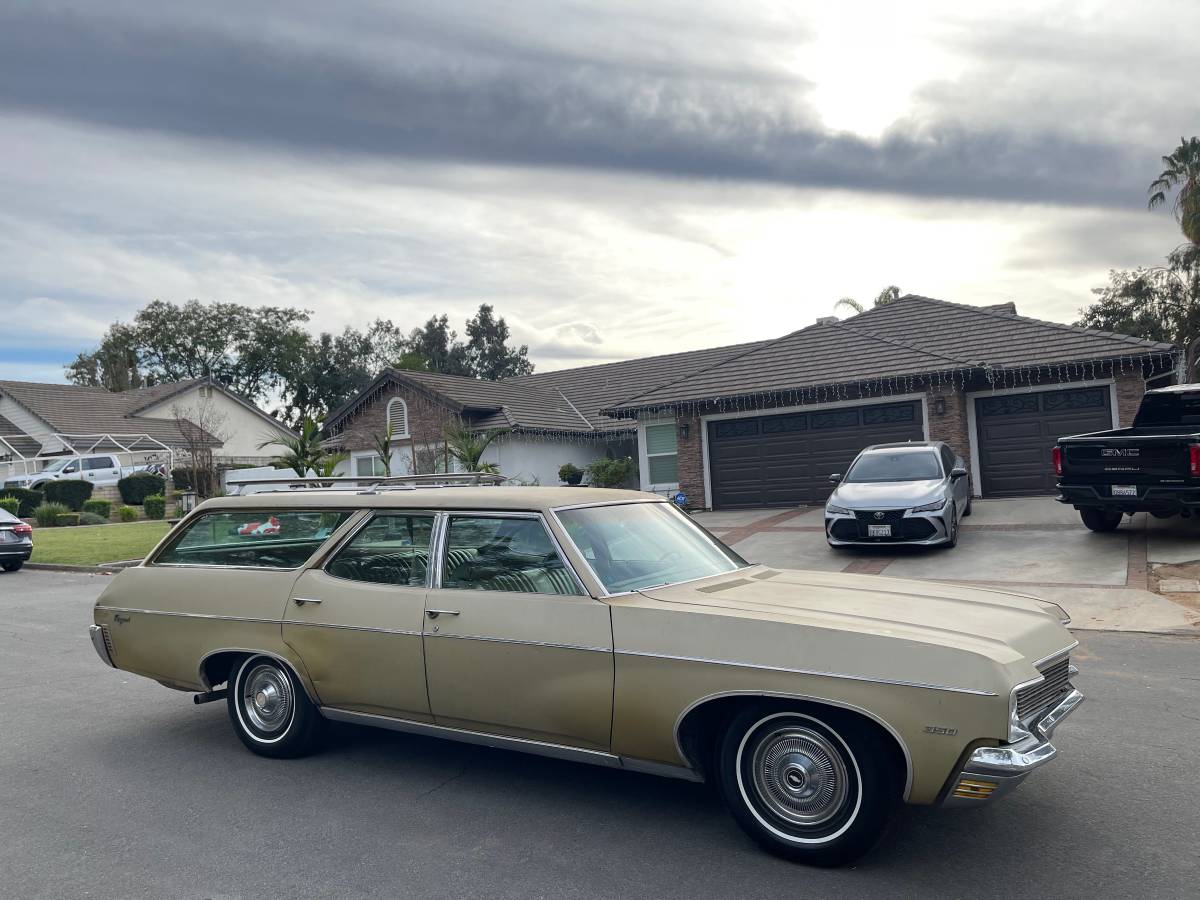 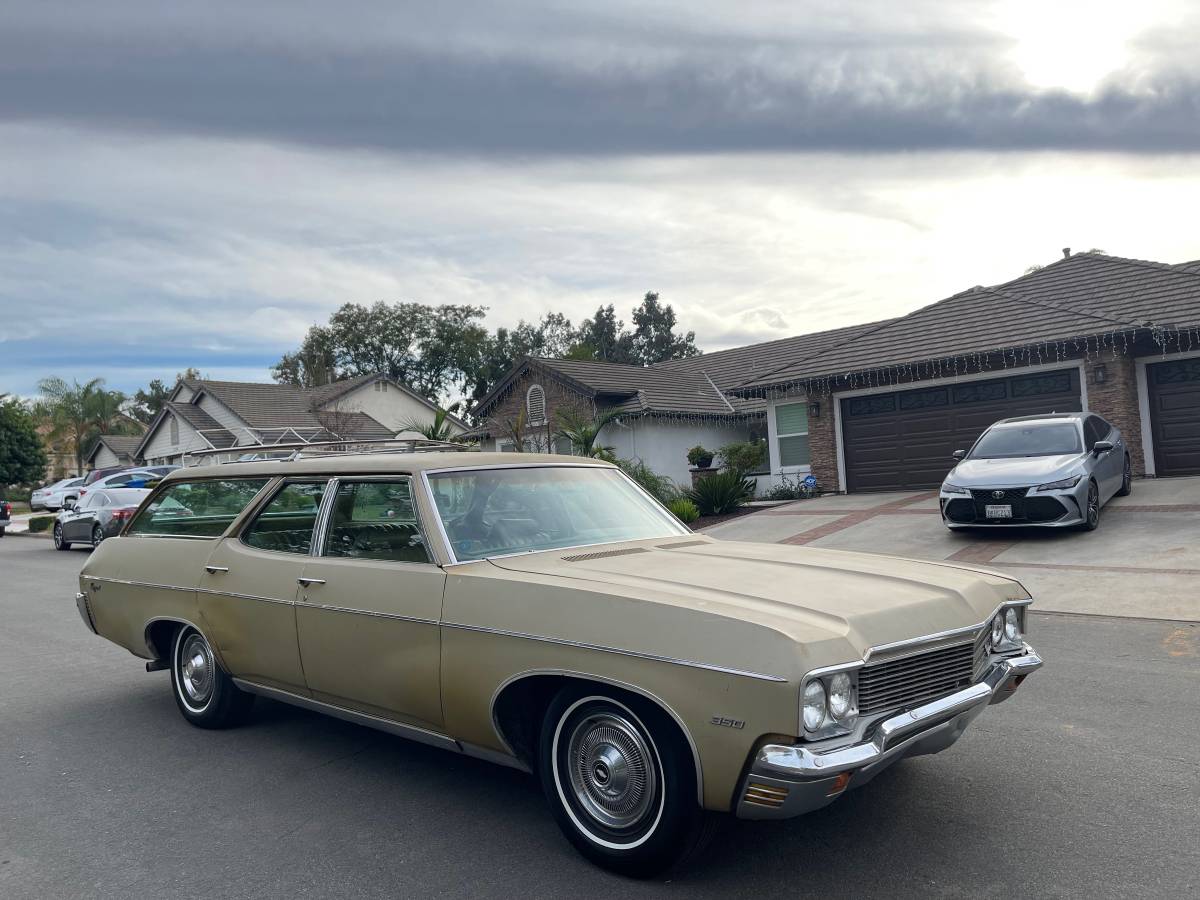 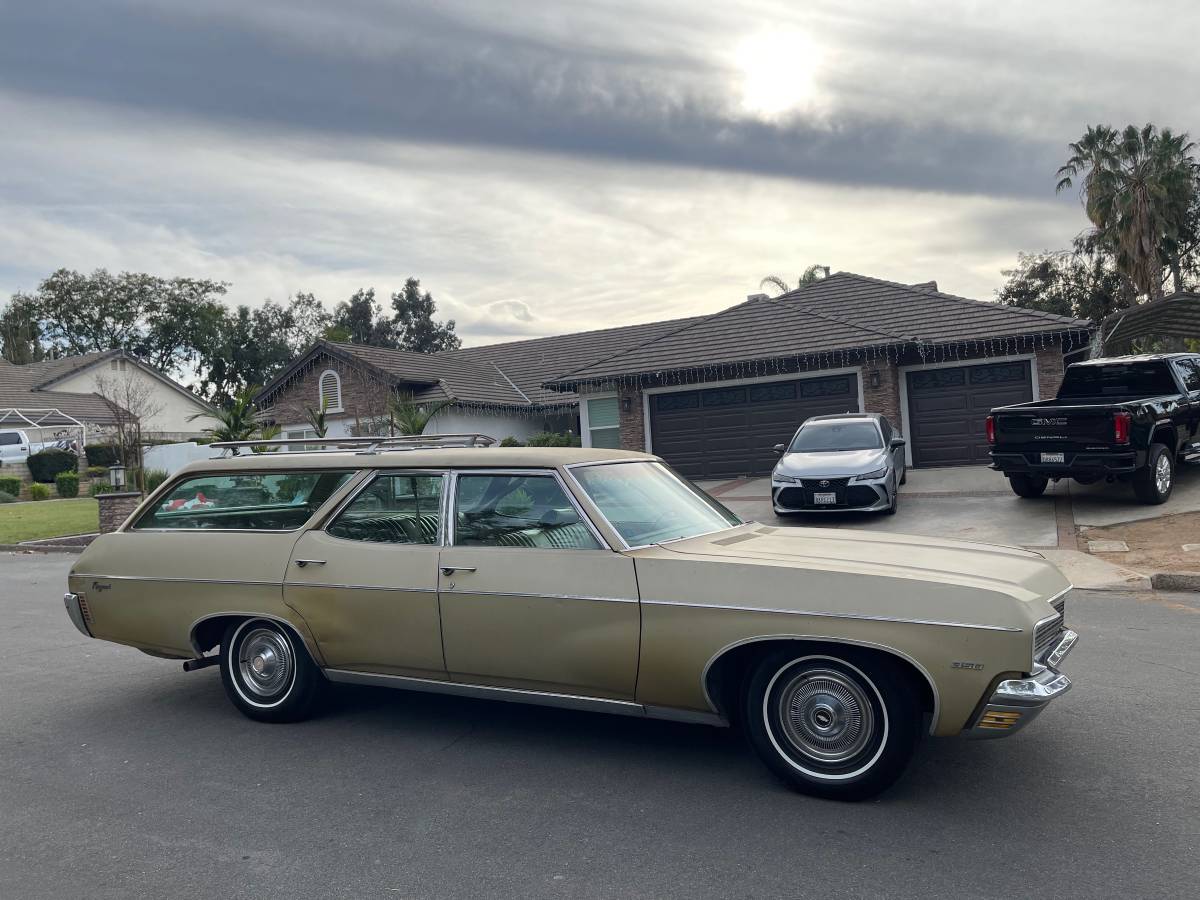 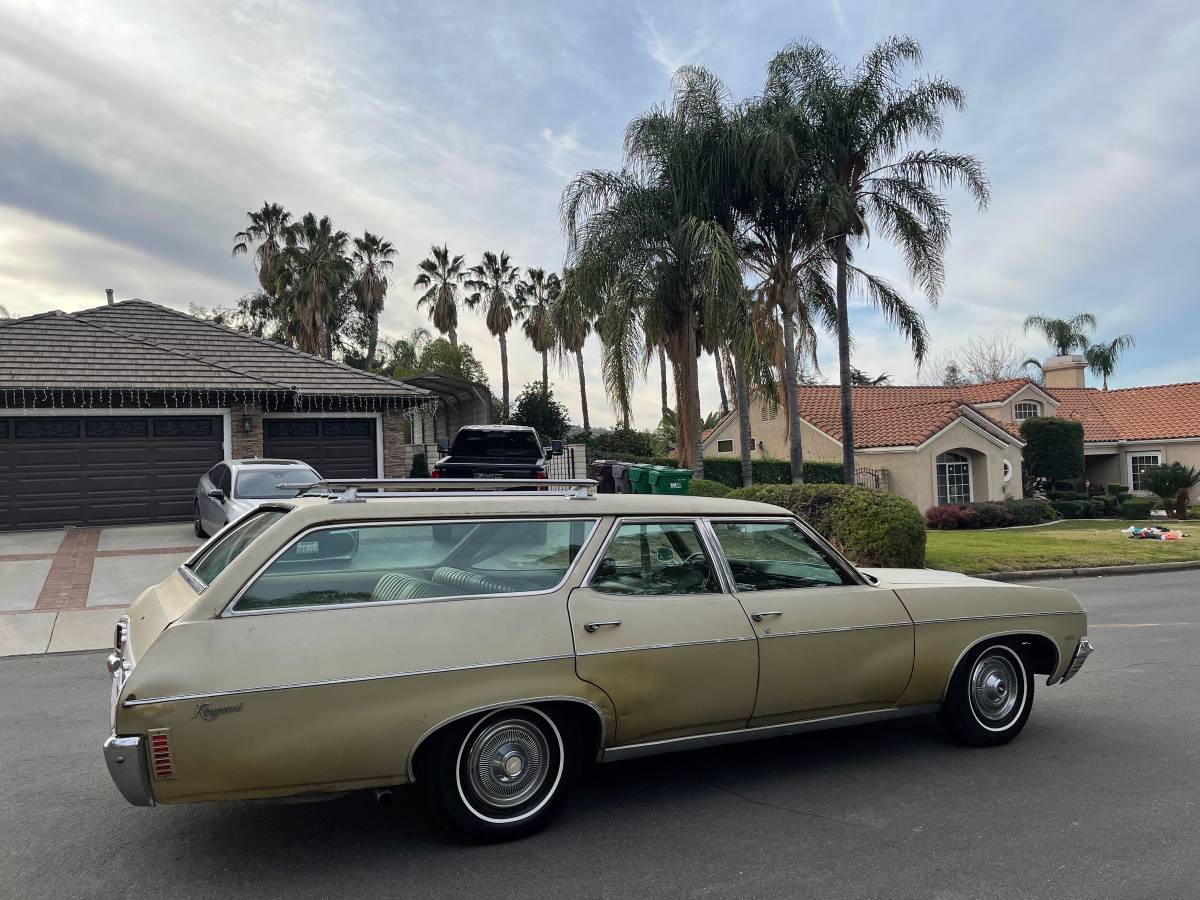 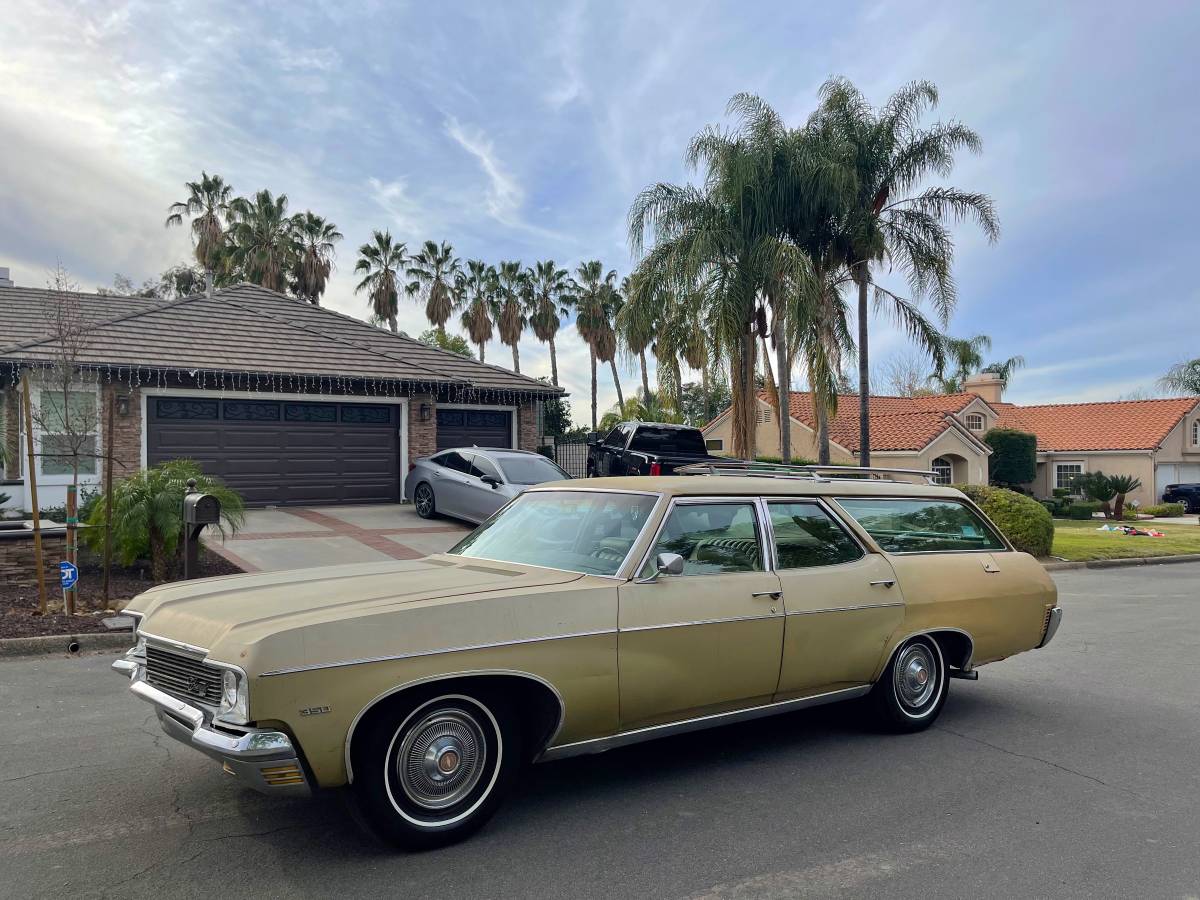 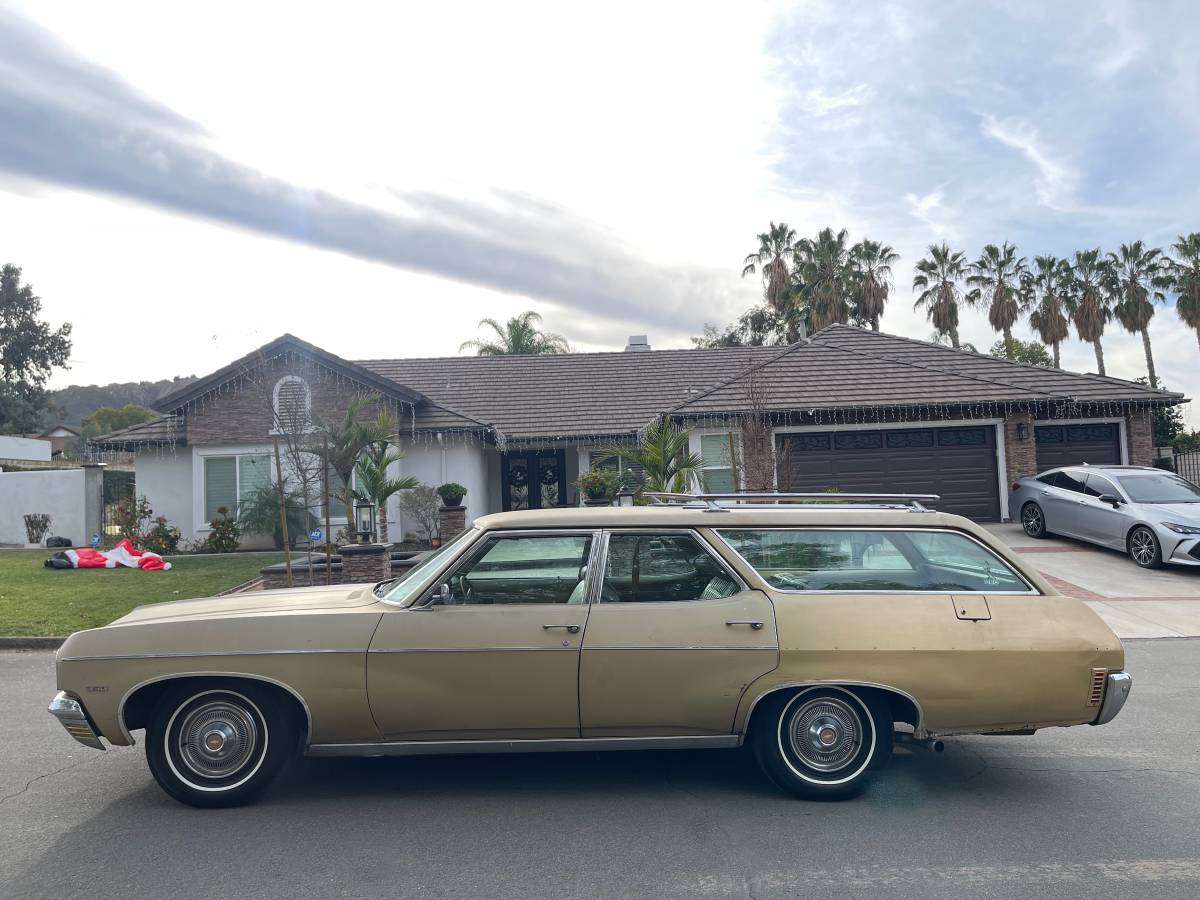 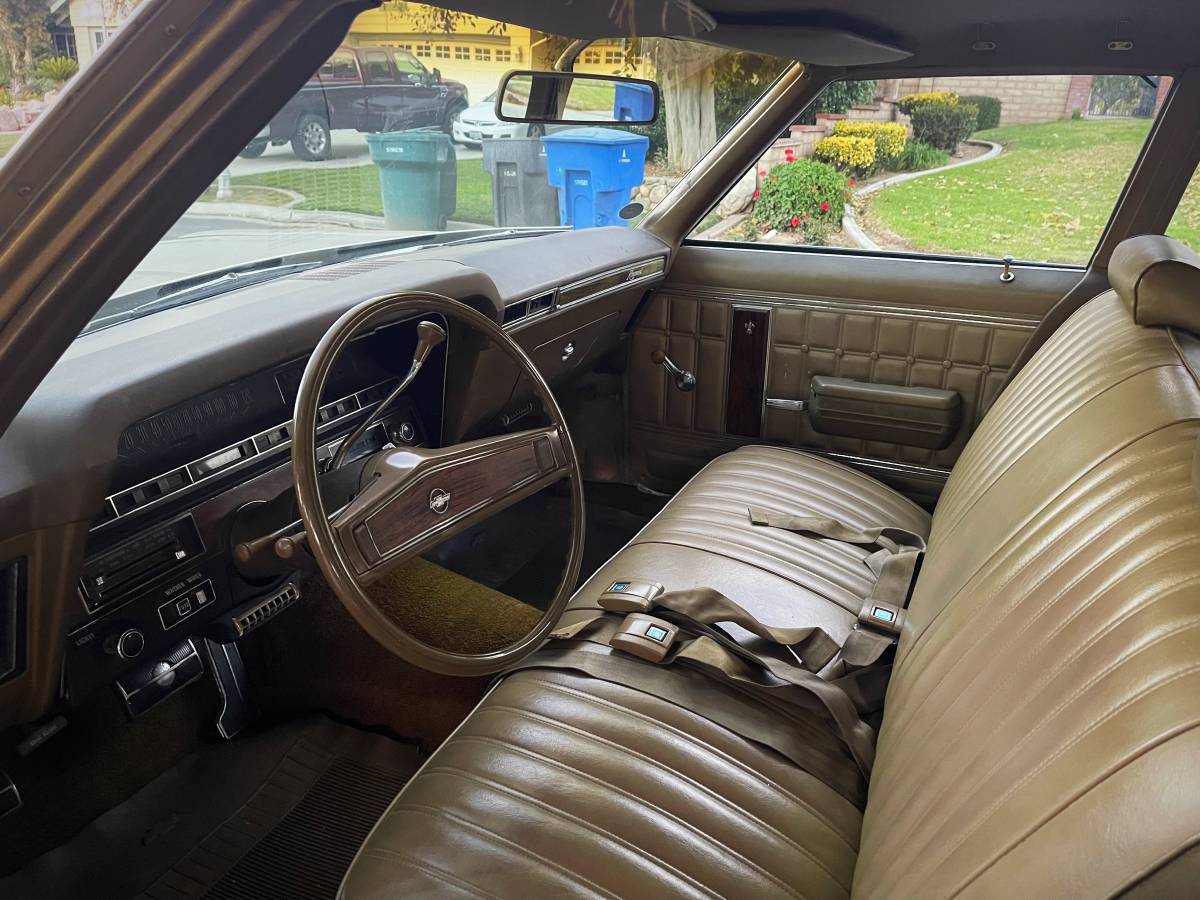 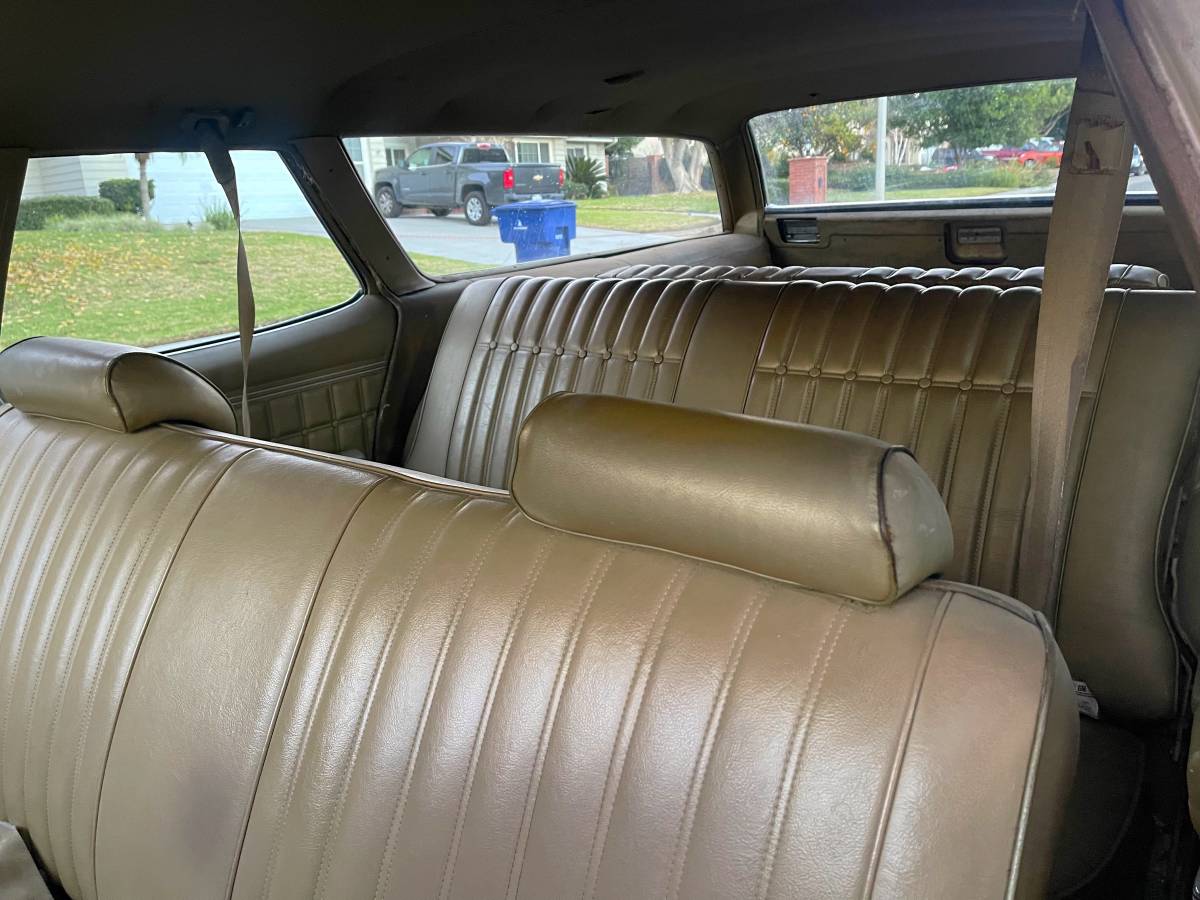 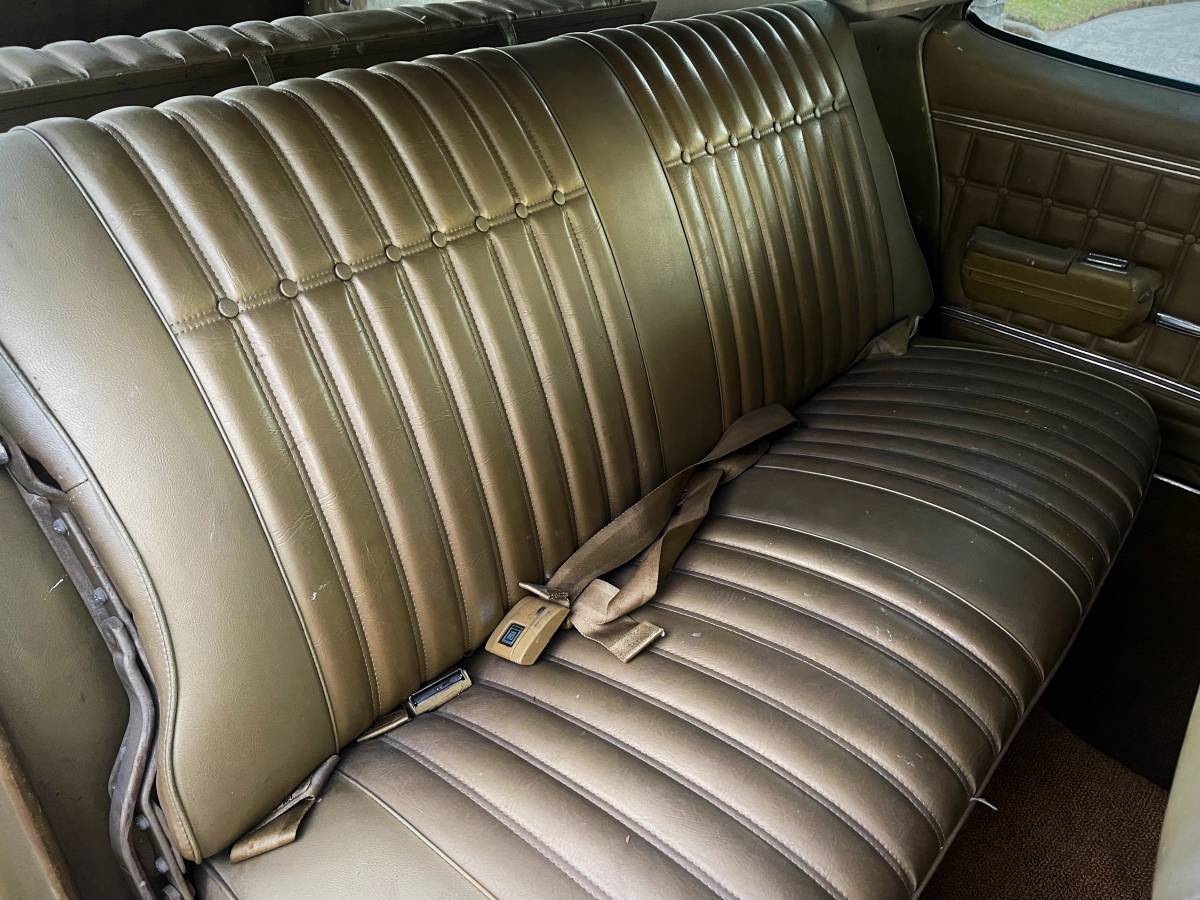 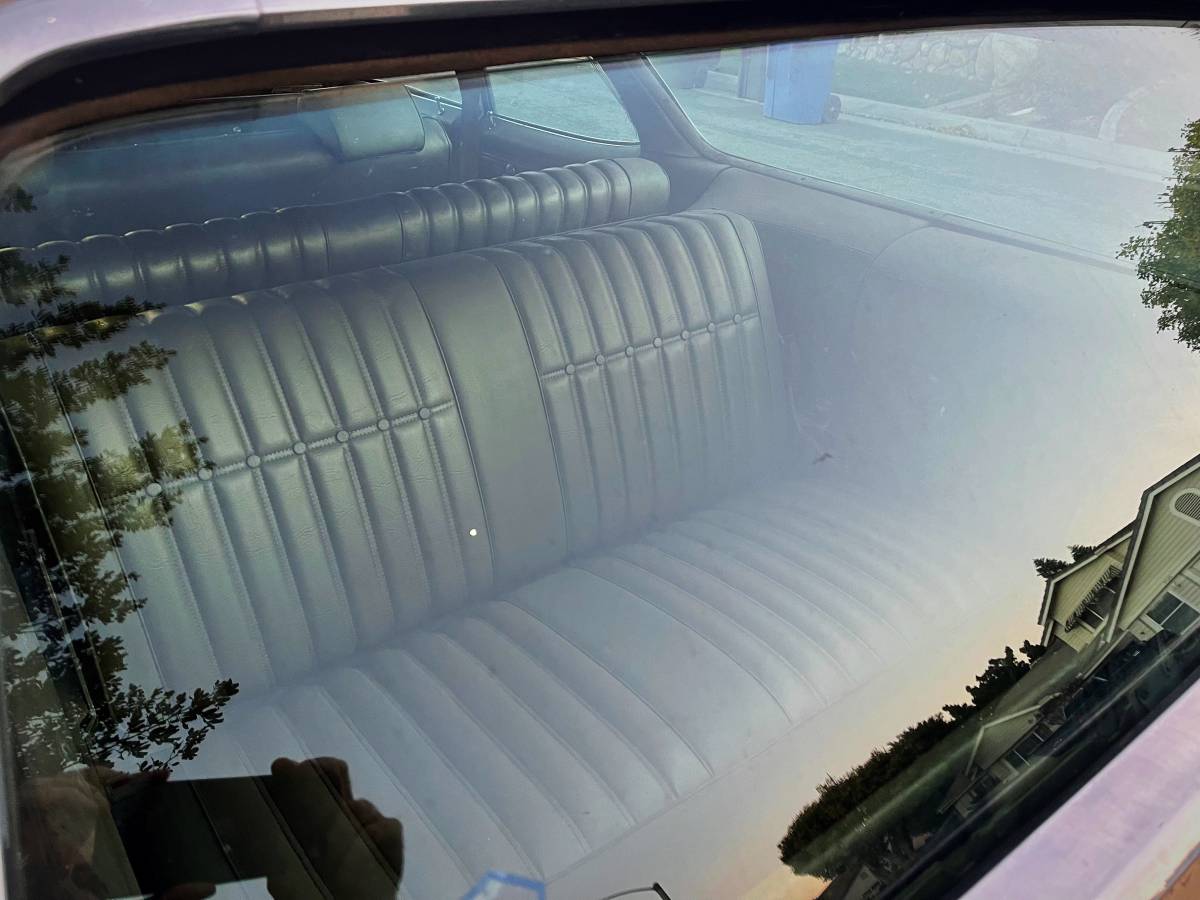 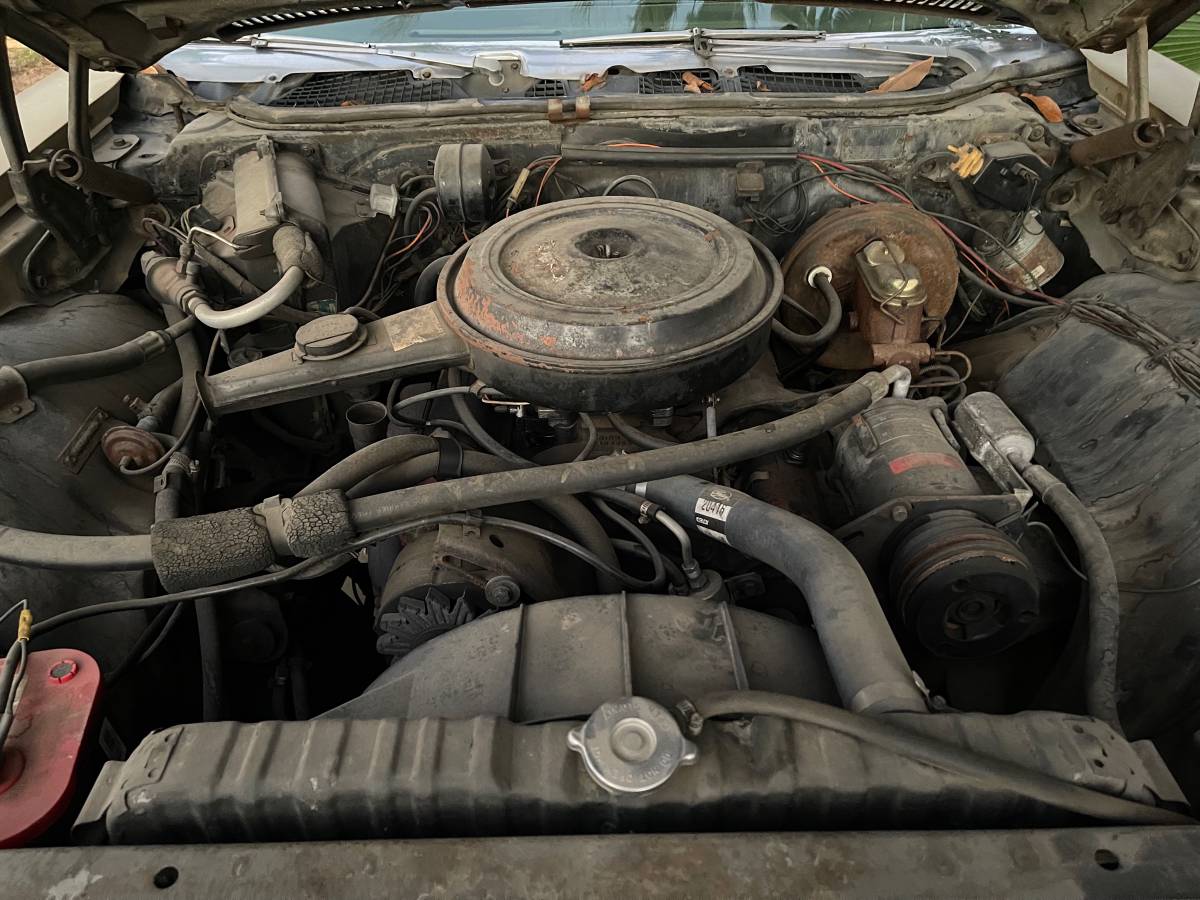 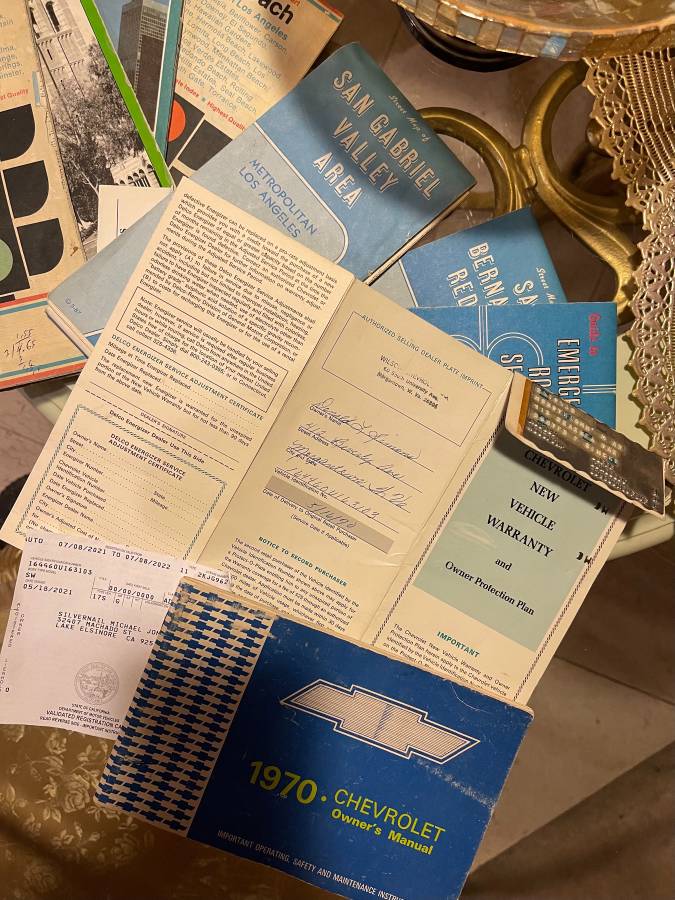 February 15, 2022 Update – We confirmed the seller of this “Classifind” deleted their listing, so we’re now able to call this one “SOLD!” While this one got away, please reach out either by email or call us directly if you’d like to be informed when we come across something similar.

Nomad, Yeoman, Townsman, and Kingswood.  Those are just a few of the brand names Chevrolet retired then subsequently dusted off years later to brand a new model. A prime example is Kingswood. Originally used for the 1959 and 1960 model years, Chevrolet put the brand name on a shelf for most of the 1960s when it relaunched an Impala-trimmed wagon with the name for 1969.  We just came across this 1970 Chevrolet Impala Kingswood originally listed in January 2022 on Craigslist in Riverdale, California by the second owner.  Featuring is original numbers matching 350 cubic inch V8, this all gold survivor also features the rare third bench seat option.

Currently offered at $11,500, comparing that price against the Hagerty Insurance Online Valuation Tool confirms the seller’s ask is one hundred dollars higher than this guide’s #3 “Good” estimate of $11,400. As a second data point, the  Collector Car Market Review Online Tool reveals the seller’s ask falls between this guide’s #3 “Good” estimate of $9,400 and its #2 “Very Good” appraisal of $13,175.

Chevrolet built the fourth-generation Impala for the 1965 through 1970 model years.  The Kingswood name returned for the 1969 model year, based on the Impala, and was available only with a V8. Marketers slotted the model above the Chevrolet Townsman; a Caprice-based Kingswood Estate model was added at the top of the range with exterior woodgrain paneling. Throughout this period, the Kingswood was available in both two- and three-seat models; a power rear window was initially standard equipment for the latter and optional for the former.

1970 Impalas received a minor facelift featuring a more conventional under the grille bumper replacing the wrap-around unit used in 1969 along with new triple vertical taillights in the rear bumper.

A nicely equipped example featuring factory air conditioning and the aforementioned third seat, this 1970 Chevrolet Kingswood station wagon is a prime candidate for a repaint and engine detail. Doing those two things will compliments what appears to be a very nice original interior.  The seller states their car “still has the original paint”, however, the driver’s side rear quarter clearly shows evidence of a badly mismatched touch-up.

Solid California Car, Still Has It’s Original Paint Not Repainted, And It’s Original Interior. Car Is Old So Paint And Interior Show Its Age Obviously… Has New Tires, And Is A Daily Driver! Have The Original Owners Manual And Also Have The Dealer Warranty Protector Plate!“

Restore or Daily: what would you do with this 1970 Chevrolet Impala Kingswood Station Wagon?  Comment below and let us know!