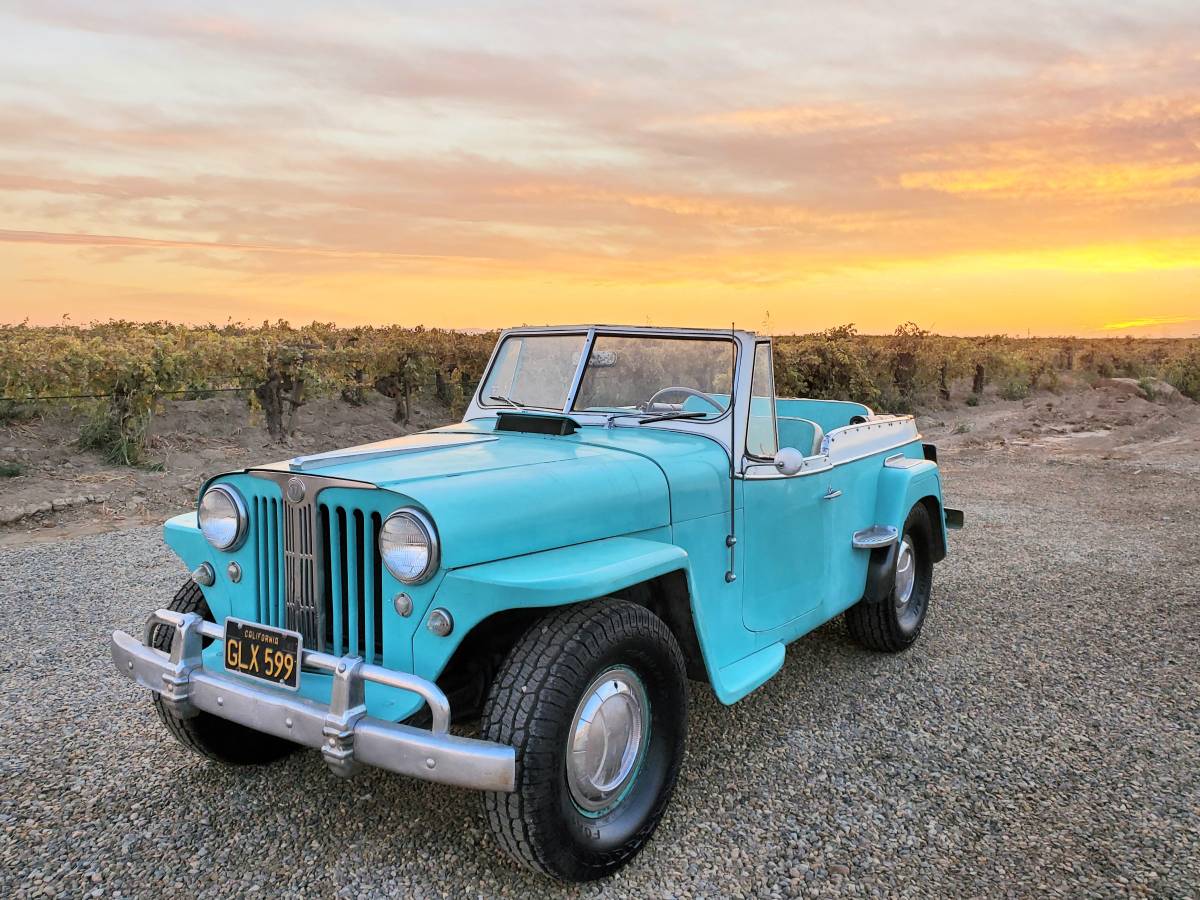 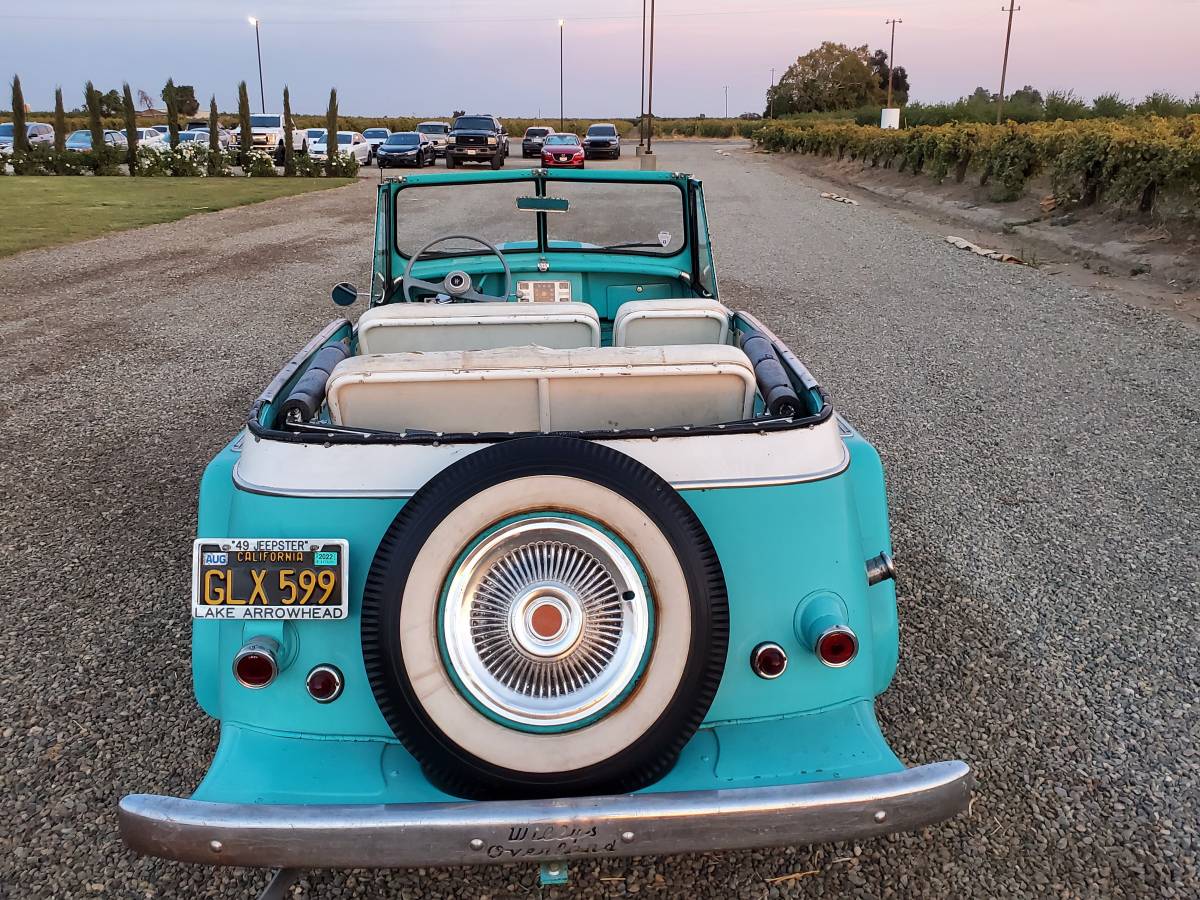 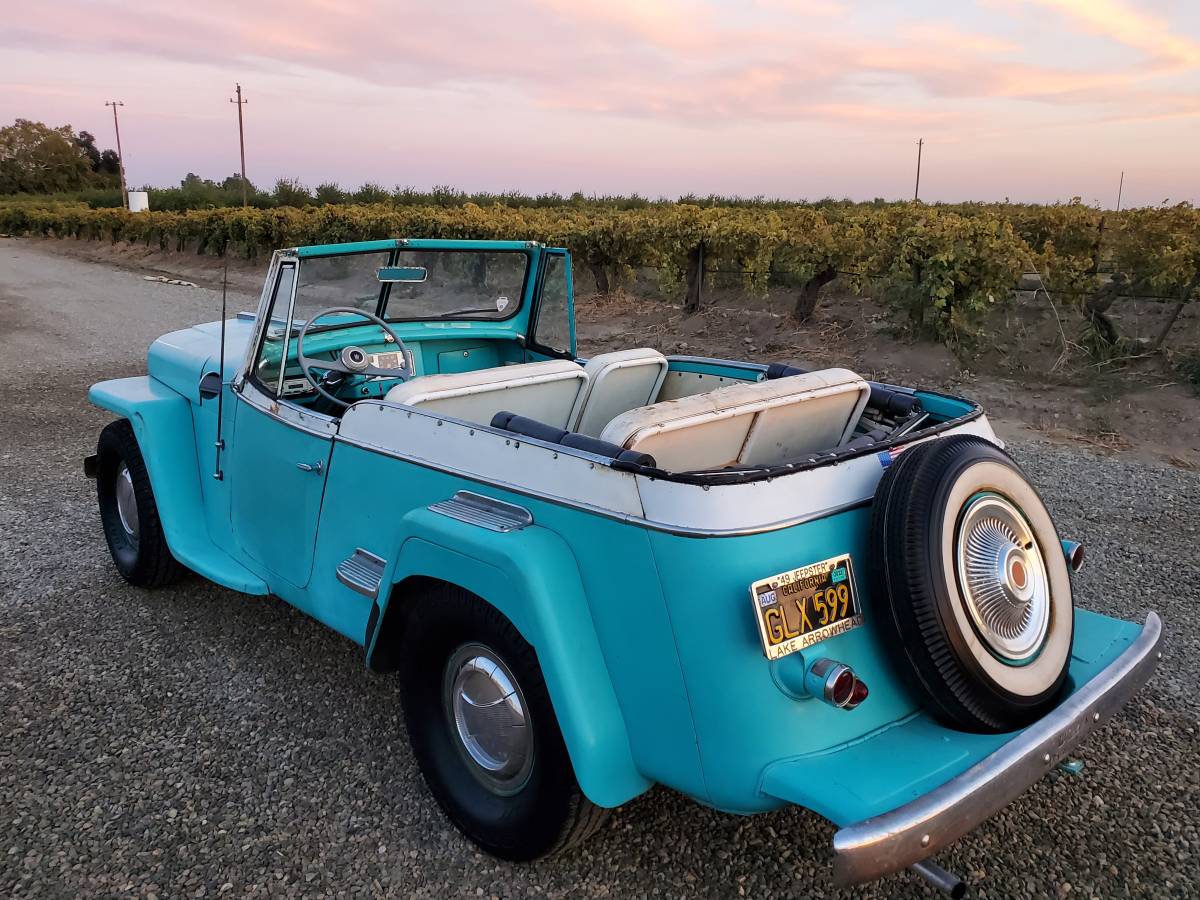 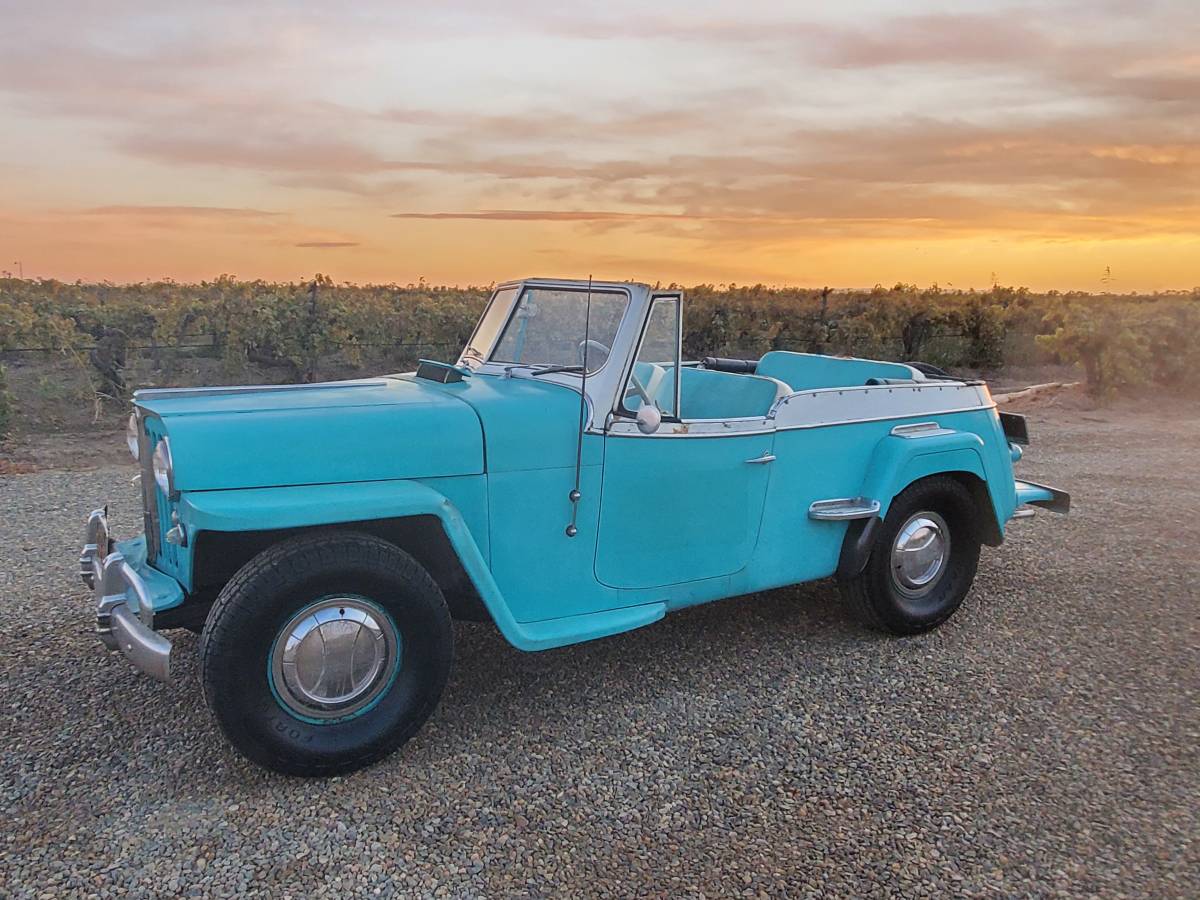 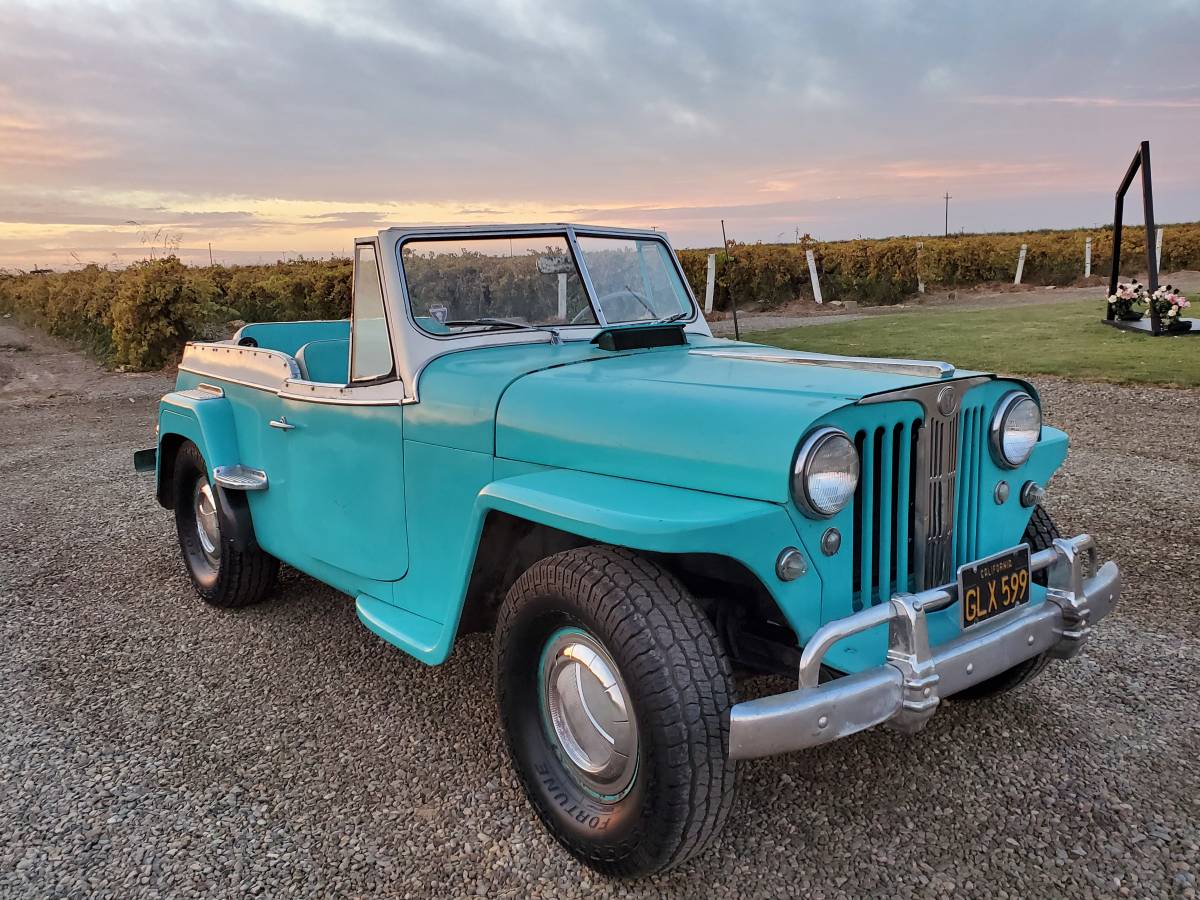 February 23, 2022 Update – We just confirmed the listing for this “Classifind” expired, so with no replacement found we’re assuming this ride “Sold?” While this one got away, please reach out either by email or call us directly if you’d like to be informed when we come across something similar.

Unheard of today, the “Phaeton” term in automotive design refers to an open body style without any fixed weather protection.  The term originated from the horse-drawn carriage era that carried over to the early days of the automobile.  A completely open car became less popular as automobile design improved, so 1948-1950 vintage Willys Jeepsters are credited as being the last Phaeton-bodied American cars ever produced.  If you like the body style but prefer an unrestored original, then this teal-over-white example here on Craigslistoriginally listed in January 2022 on Craigslist in Sanger, California might appeal to you. Featuring its original paint and California Black license plates, the seller recently added a set of new tires.

This driver-quality Jeepster can be yours for $17,800 currently ($18,500 was the original ask). Comparing that price against the Hagerty Insurance Online Valuation Tool confirms the private seller has their Jeepster priced between this guide’s #4 “Fair” (Daily Driver) estimate of $12,000 and its #3 “Good” appraisal of $21,900.  Interestingly, the  Collector Car Market Review Online Tool reveals the seller’s ask falls between this guide’s #3 “Good” estimate of $15,950 and its #2 “Very Good” appraisal of $22,500.

Willys-Overland Motors ambitiously produced the Jeepster from 1948 to 1950 in hopes of filling a gap in the company’s product line.  Specifically, their hope was a softened Jeep-based vehicle offering a high level of standard features could cannibalize sales from traditional convertible cars.  However, for the price of a comparable Ford convertible that featured roll-up windows, more modern styling, and V8 engines, the Jeepster only offered whitewall tires, hubcaps with bright trim rings, sun visors, a deluxe steering wheel, wind wings, locking glovebox, cigar lighter, and a continental-style spare tire with fabric cover, and plastic side curtains.  Adding to the hard sell was the fact Willys only offered the Jeepster with rear-wheel-drive, which lessened the appeal to existing Jeep enthusiasts. Consequently, these drawbacks combined with a limited marketing and dealer network prevented Jeepster from making a dent in the targeted market segment. As such, Willys barely produced about 20,000 Jeepsters during its three-year production run.

The California black plates are a clear indication this 1949 Willys-Overland Jeepster has spent all of its life in California, so rust of any sort is likely a non-issue.

Show or go: what would you do with this Jeepster?  Comment below and let us know!