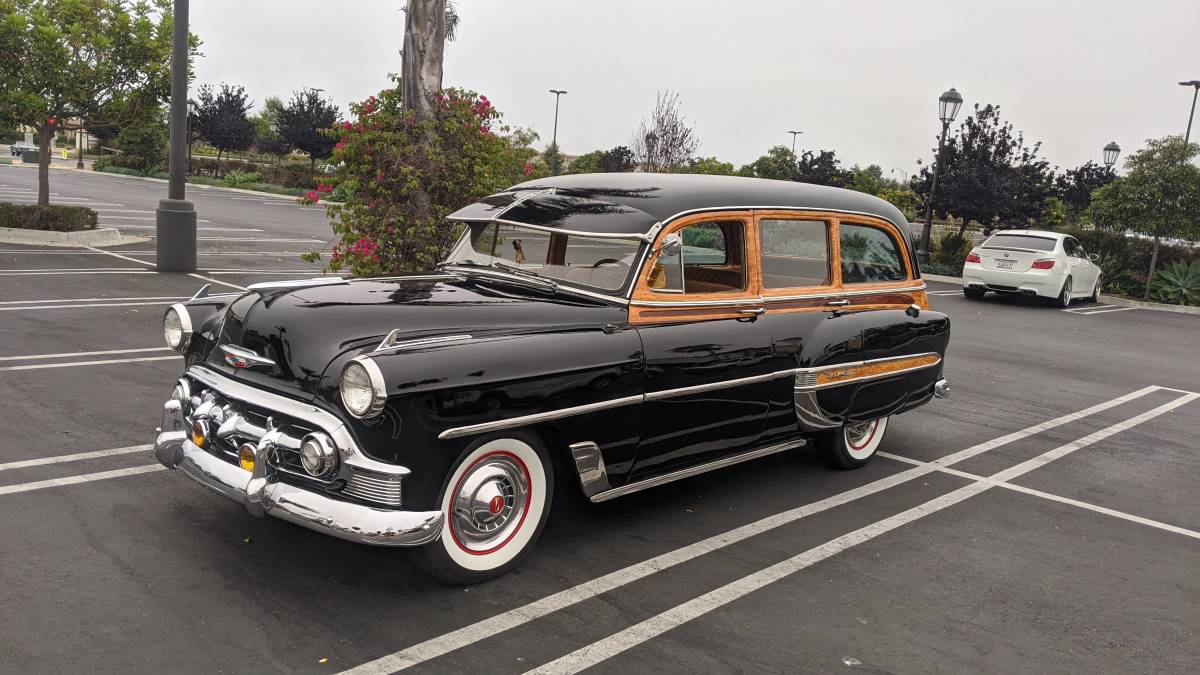 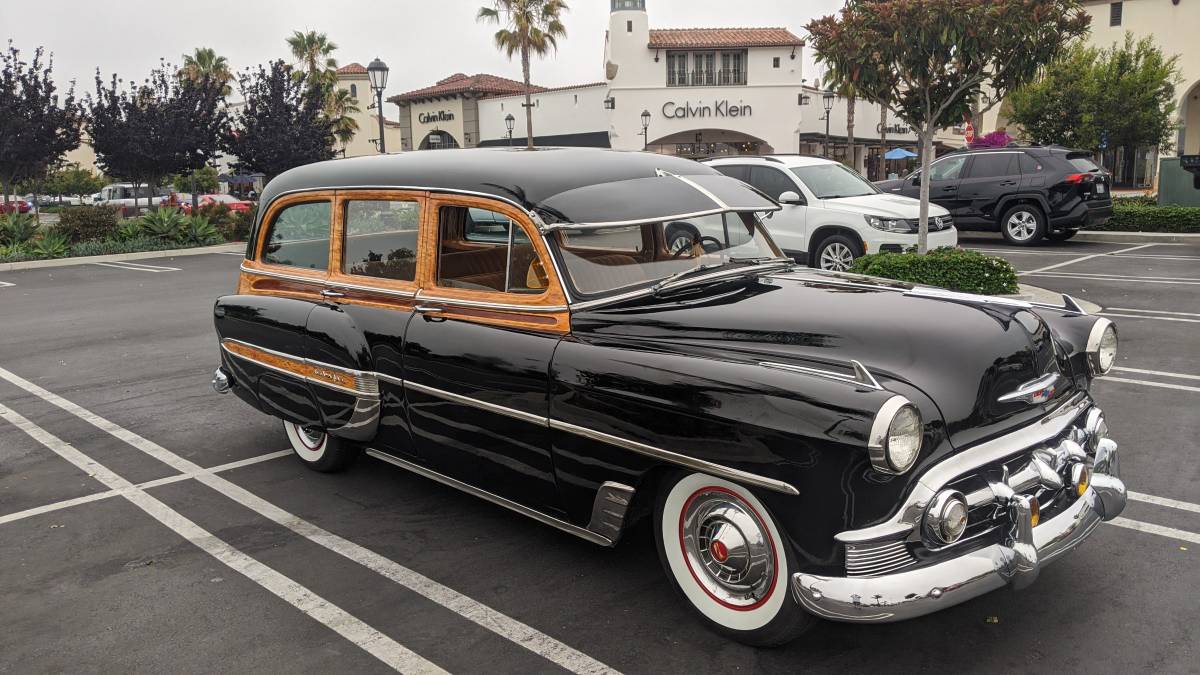 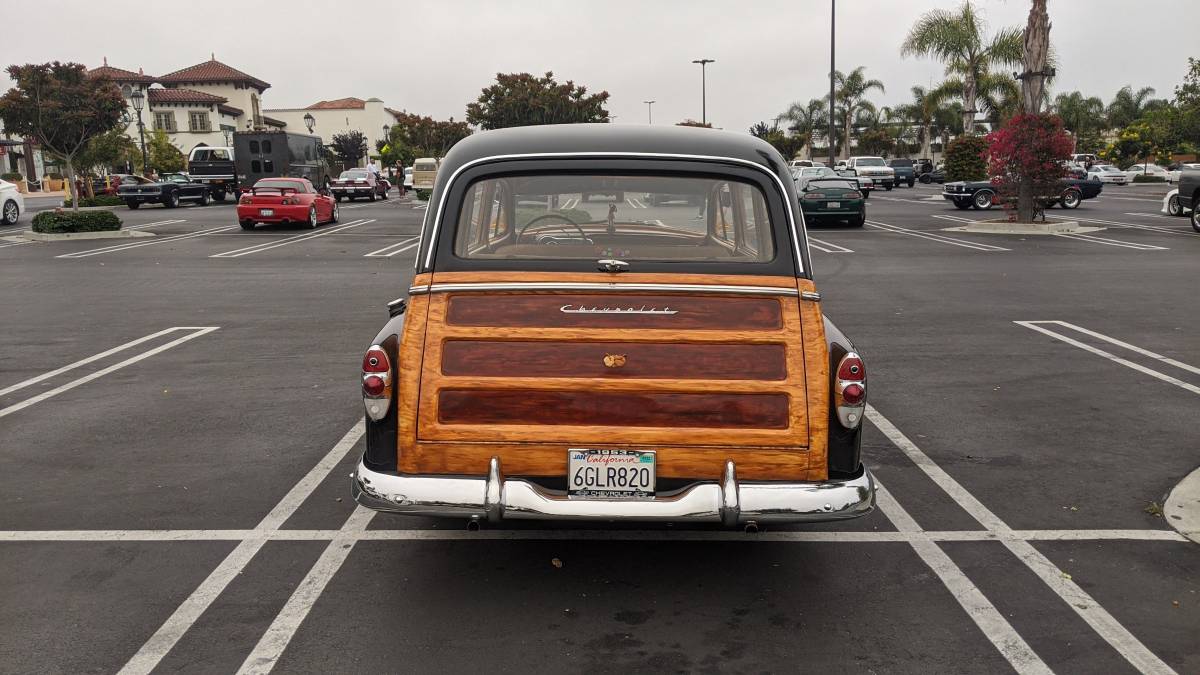 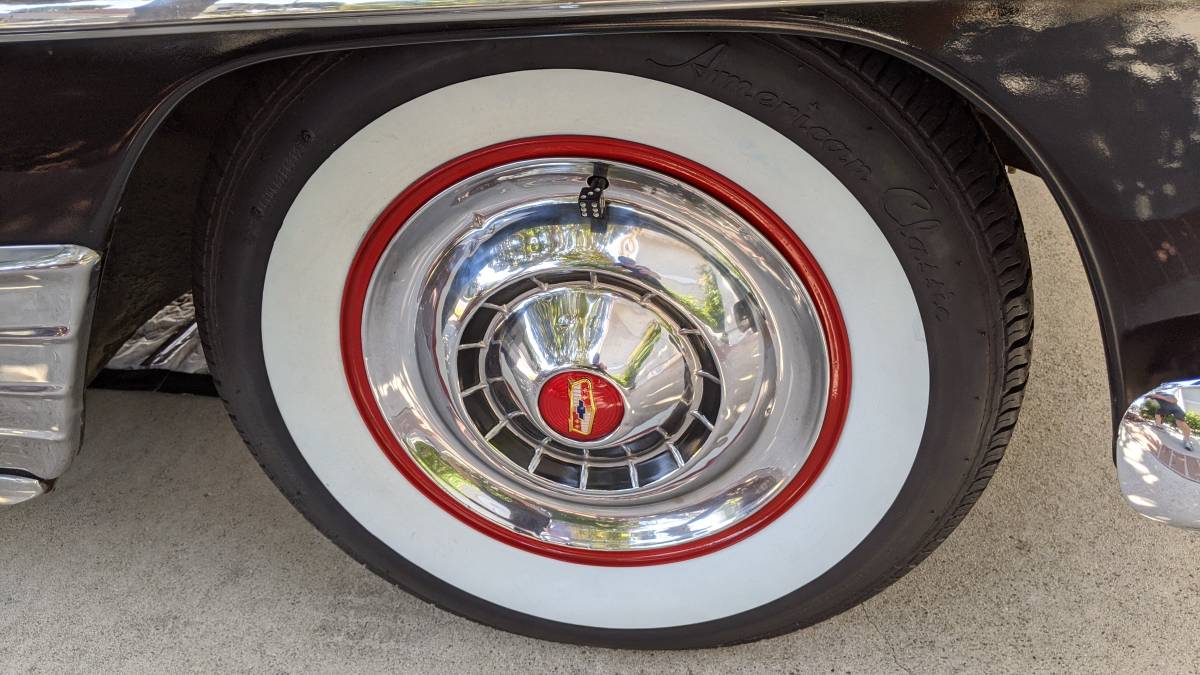 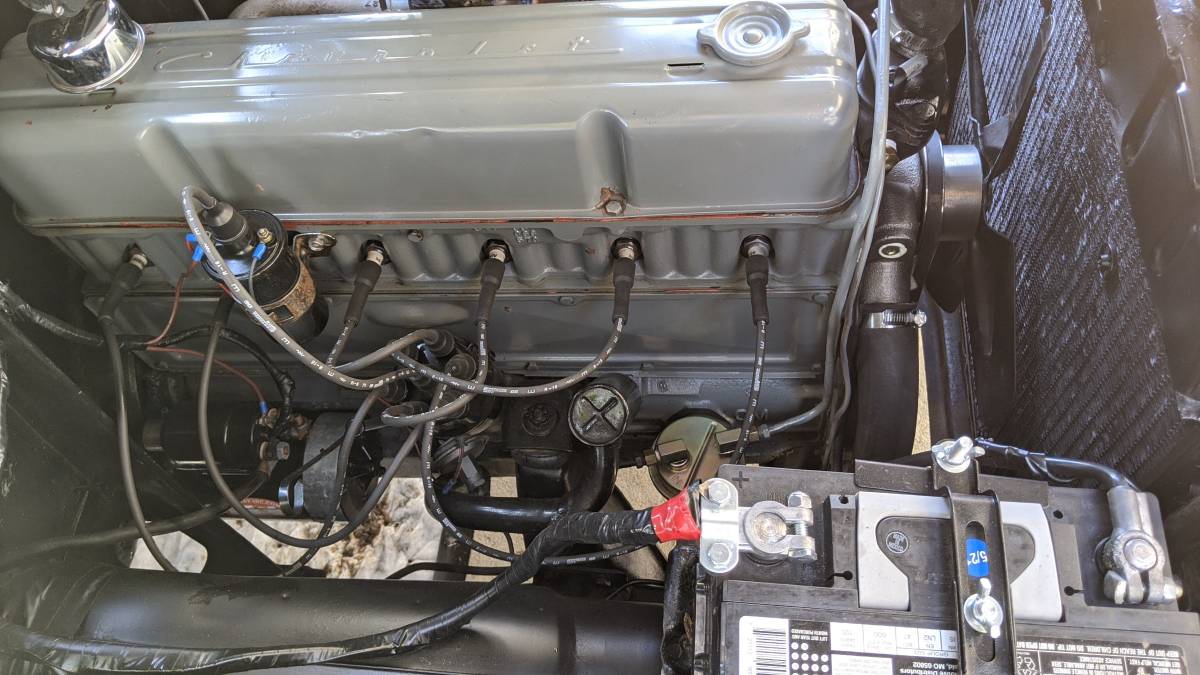 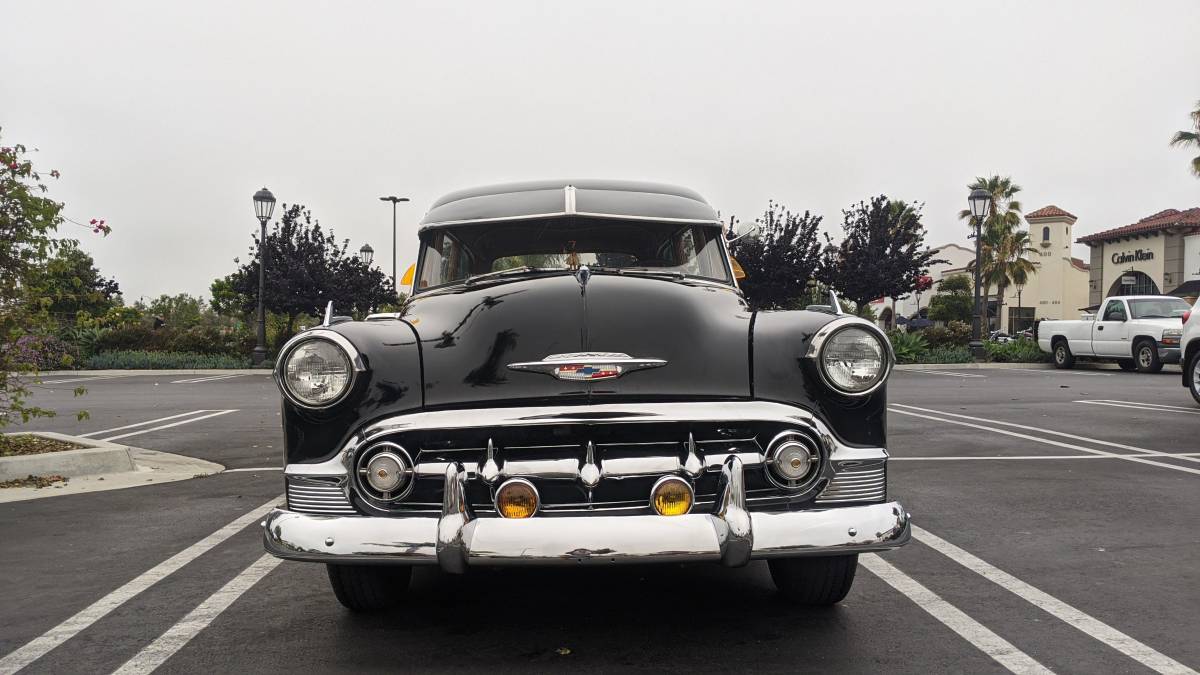 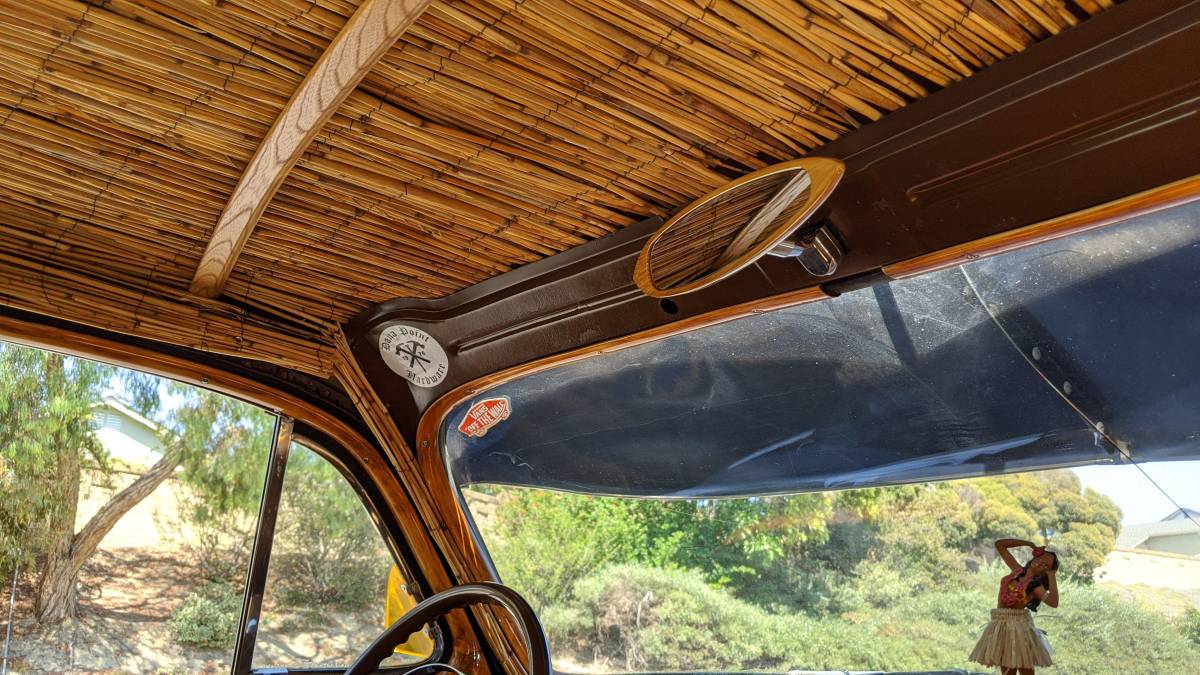 February 9, 2022 Update – We confirmed the seller of this “Classifind” deleted their listing, so we’re now able to call this one “SOLD!” While this one got away, please reach out either by email or call us directly if you’d like to be informed when we come across something similar.

Research and write about cars for a living and hardly a day will go by when you don’t get schooled on something you did not think existed.  Today’s history lesson comes in the form of this 1953 Chevrolet Bel Air Tin Woody wagon originally listed in January 2022 on Craigslist in Dana Point, California (Orange County). Prior to coming across this listing, we were under the impression Chevrolet did not make a Bel Air level wagon for 1953 and that the 210-based Townsman was the brand’s premier long roof that year. Supporting our assertion is the fact our go-to pricing guides do not list ’53 Bel Air Wagon prices.  Please comment below if you can shed some light on whether this Bel Air was a legitimate factory model that year or did the restorer take some artistic license when redoing this car.

Model confusion aside, this Tin Woody appears to be a nicely restored example featuring a set of brand new tires currently offered for $35,500.  Comparing that price against the Hagerty Insurance Online Valuation Tool for a 210 Handyman. confirms the private seller has their Bel Air priced between this guide’s #2 “Excellent” estimate of $30,400 and its #1 “Concours” appraisal of $48,300.  Interestingly, the  Collector Car Market Review Online Tool reveals the seller’s ask is seven hundred dollars above this guide’s #1 “Excellent” appraisal of $34,800.

In 1953 Chevrolet renamed its series, and the Bel Air name was applied to the premium model range. Two lower series, the 150 and 210, also emerged (as successors to the Special and Deluxe series, respectively). The 1953 Chevrolet was advertised as “Entirely new through and through,” due to the restyled body panels, front and rear ends. However, essentially these Chevrolets had similar frames and mechanicals to the 1949–1952 cars.

The Bel Air received a facelift in 1953. The pre-war technology, such as torque tube drive, six-cylinder splash feed engines, knee-action suspension, and split windshields of the early models was phased out and the foundations for the first post-war modern Chevrolet passenger car were finalized. The Bel Air series featured a wide chrome strip of molding from the rear fender bulge to the rear bumper. The inside of this stripe was painted a coordinating color with the outside body color, and “Bel Air” scripts were added inside the strip. Lesser models had no model designation anywhere on the car, having only a Chevy crest on the hood and trunk. 1953 was the first year for a curved, one-piece windshield.

Bel Air interiors had an optional massive expanse of chrome across the lower part of the dashboard (most were painted), along with a deluxe Bel Air steering wheel with a full chrome horn ring. Carpeting and full wheel covers rounded out Bel Air standard equipment.

By the early 1950s, while domestic auto manufacturers converted their wood-framed station wagons to all-steel bodies, the development of simulated wood appliques allowed stylists to accent these models with the look of wood.  Consequently, these all-steel wagons earned the nickname “Tin Woody.”

The US Auto Industry YouTube Channel features this 1953 commercial in which Dinah Shore sings the praises of Chevrolet’s lineup that year:

Other than the bamboo-line interior, this 1953 Chevrolet Bel Air Tin Woody appears to be a nicely restored example.

Show or go: what would you do with this 1953 Bel Air Station Wagon?  Comment below and let us know!