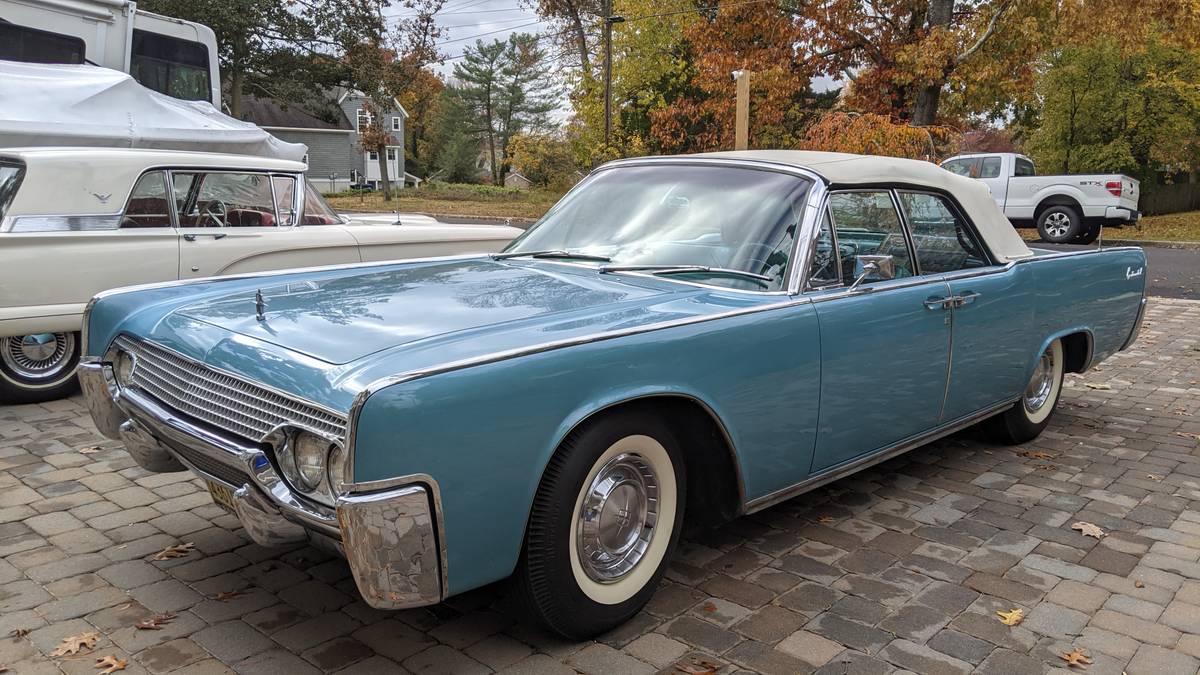 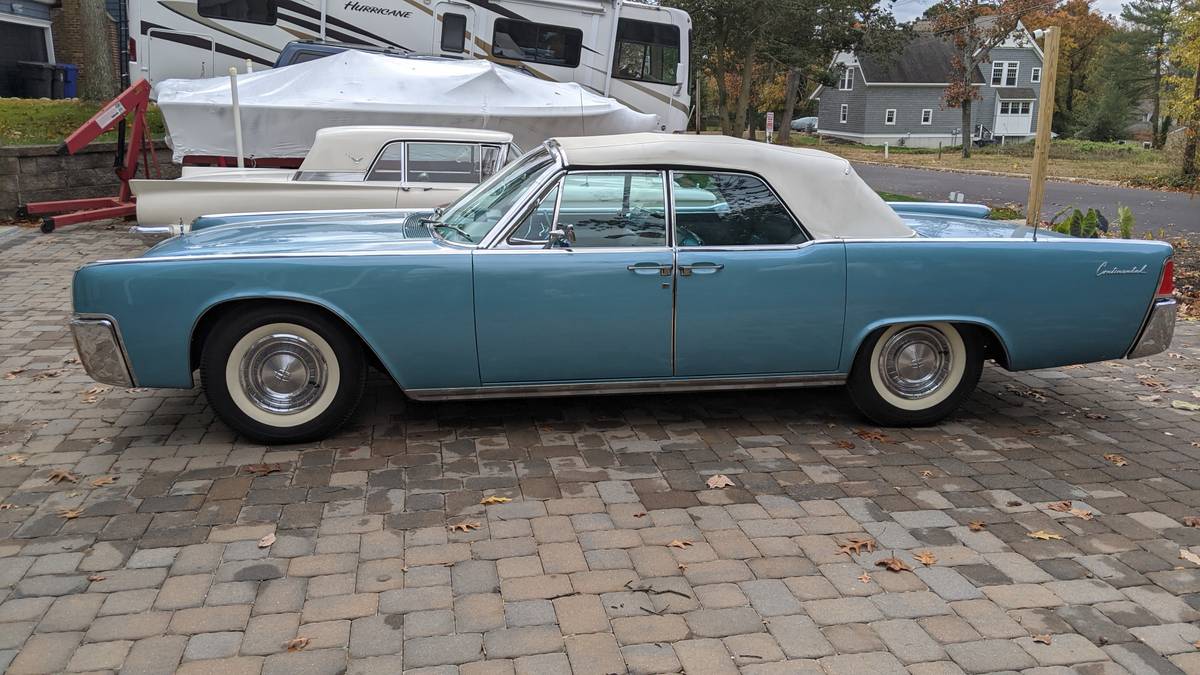 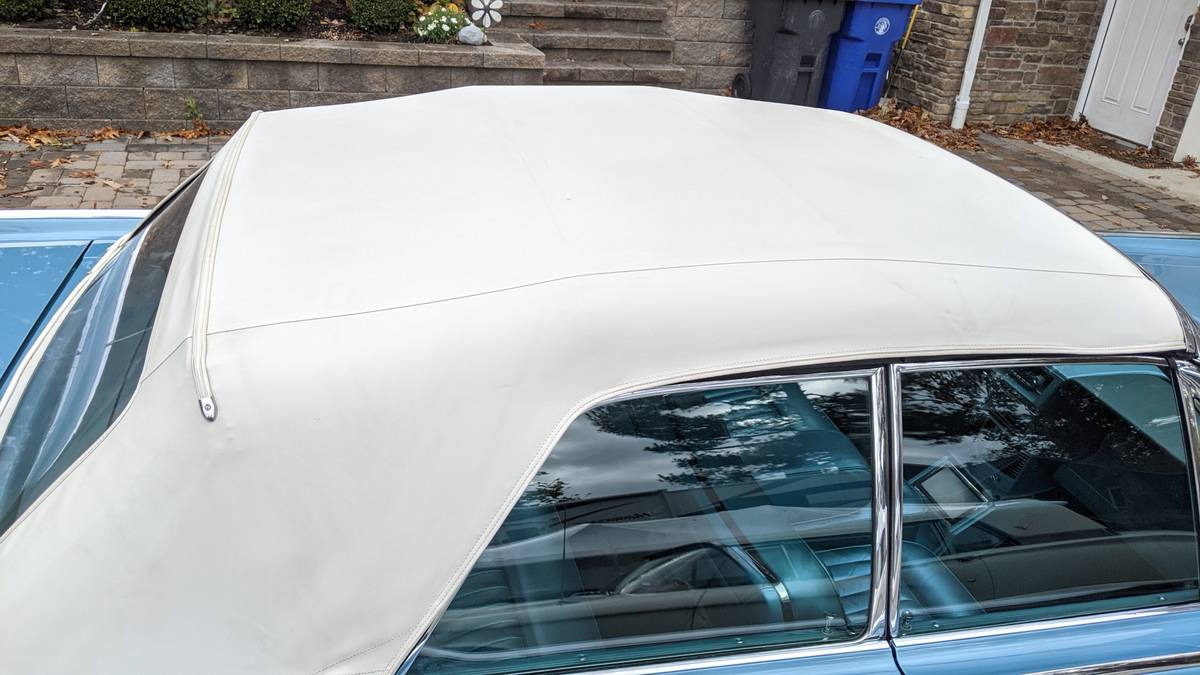 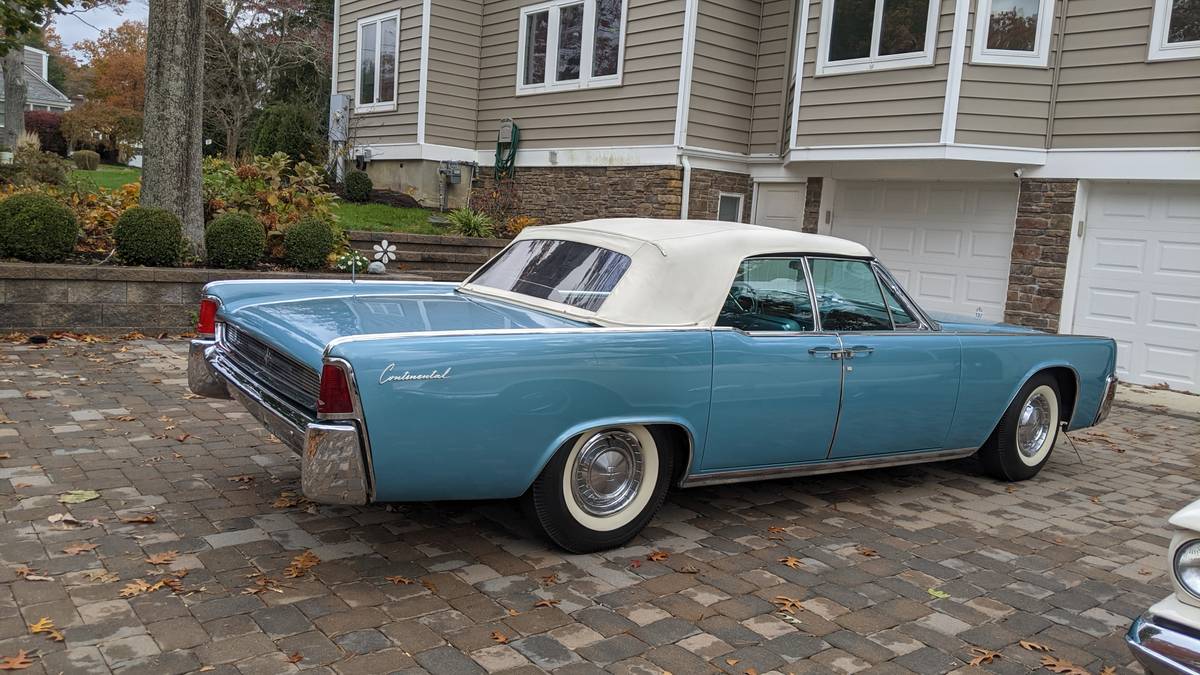 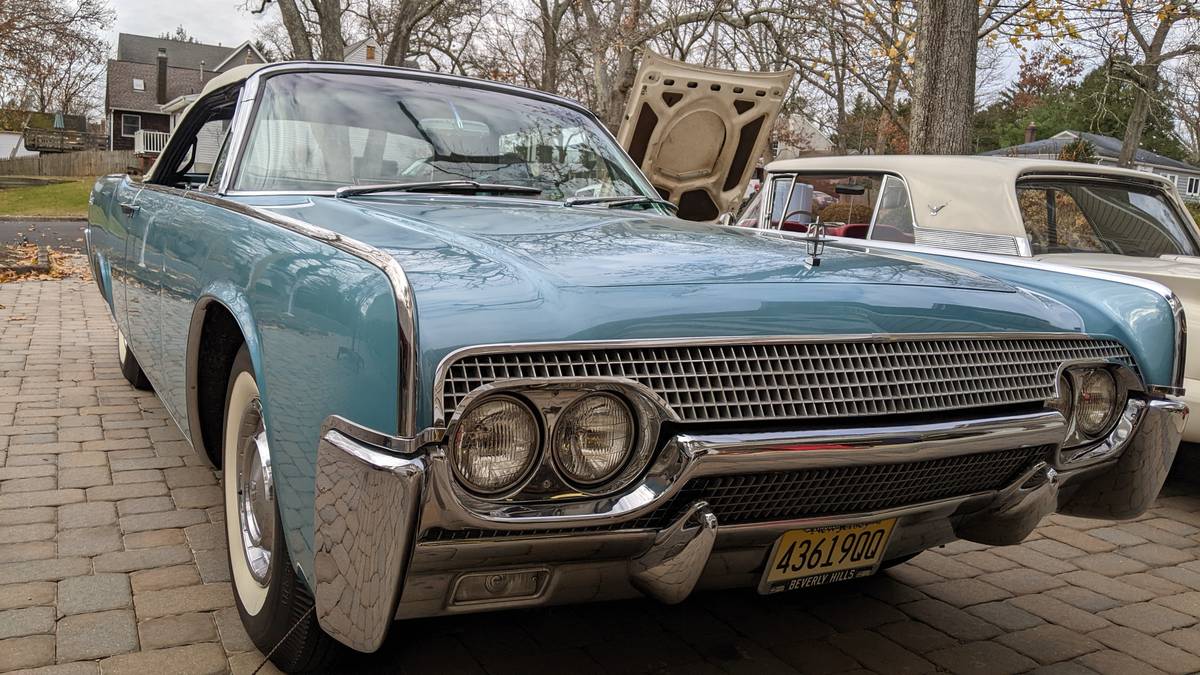 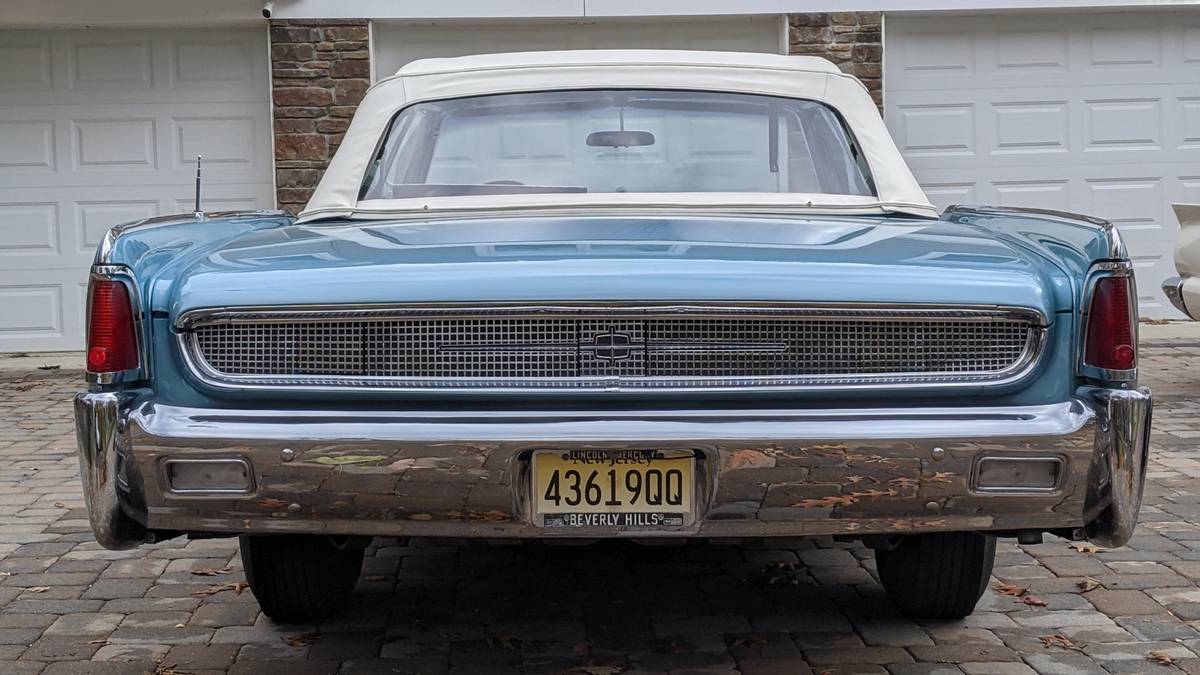 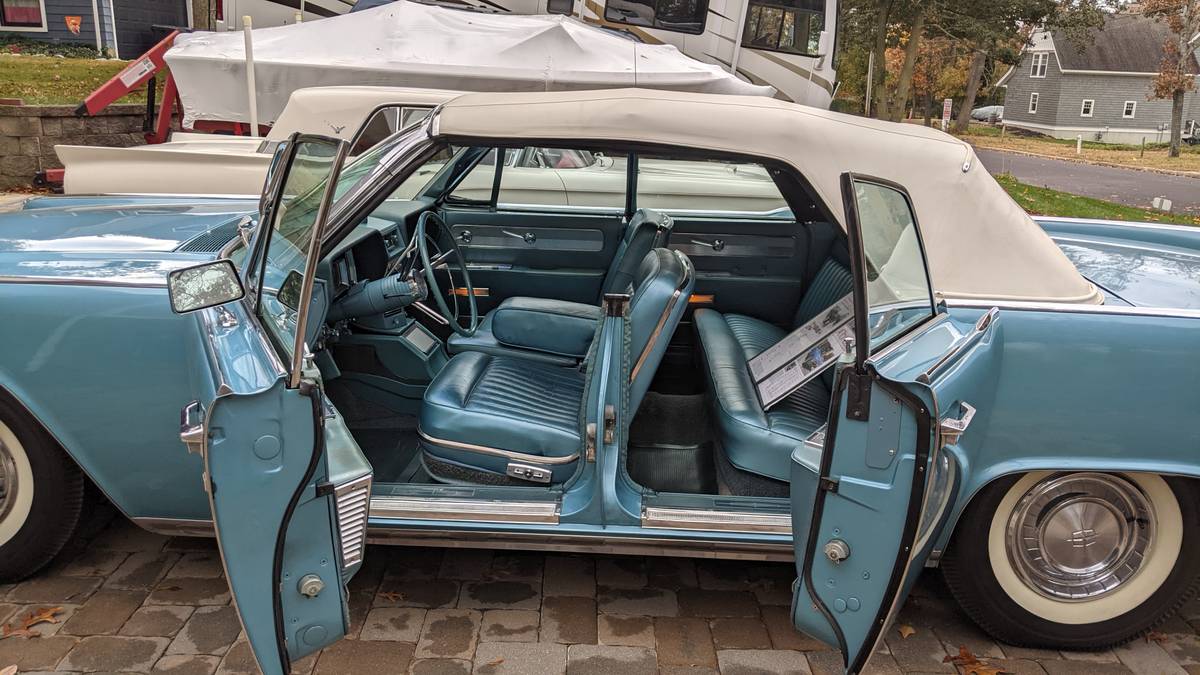 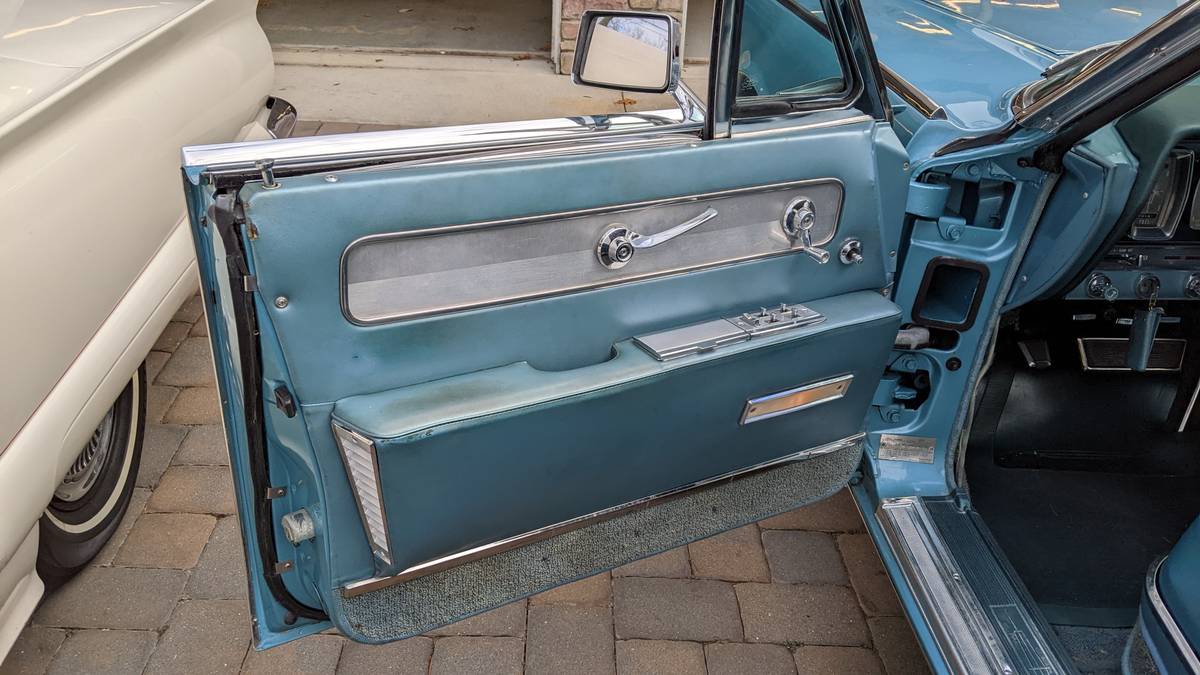 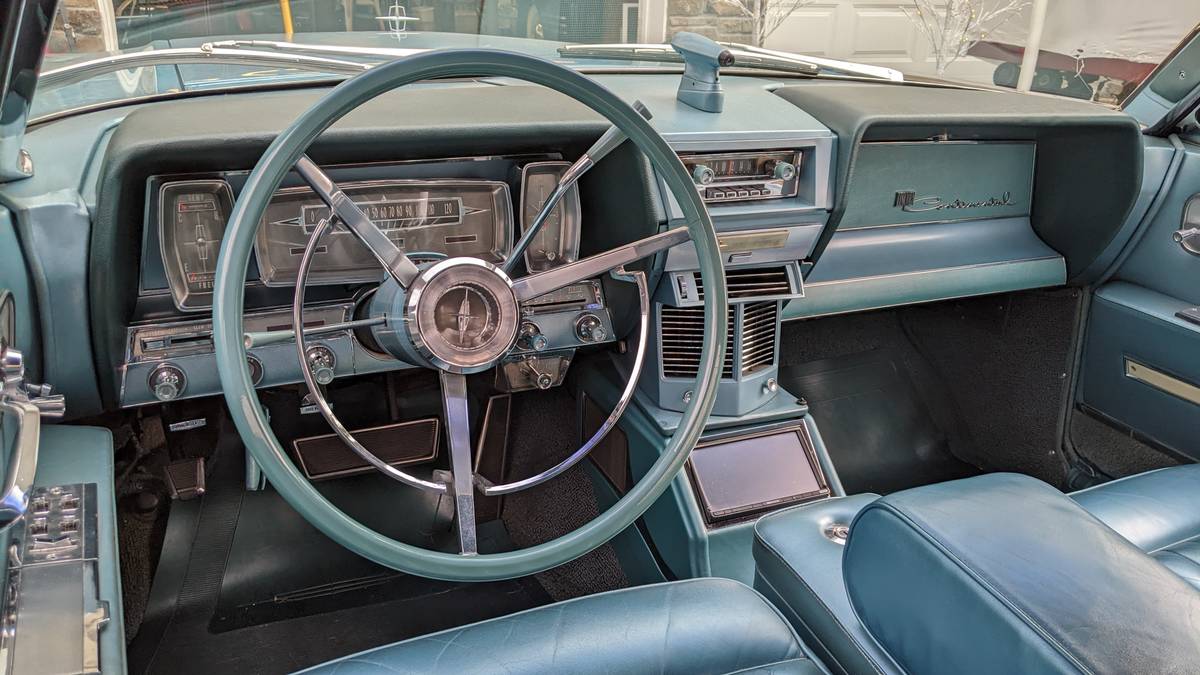 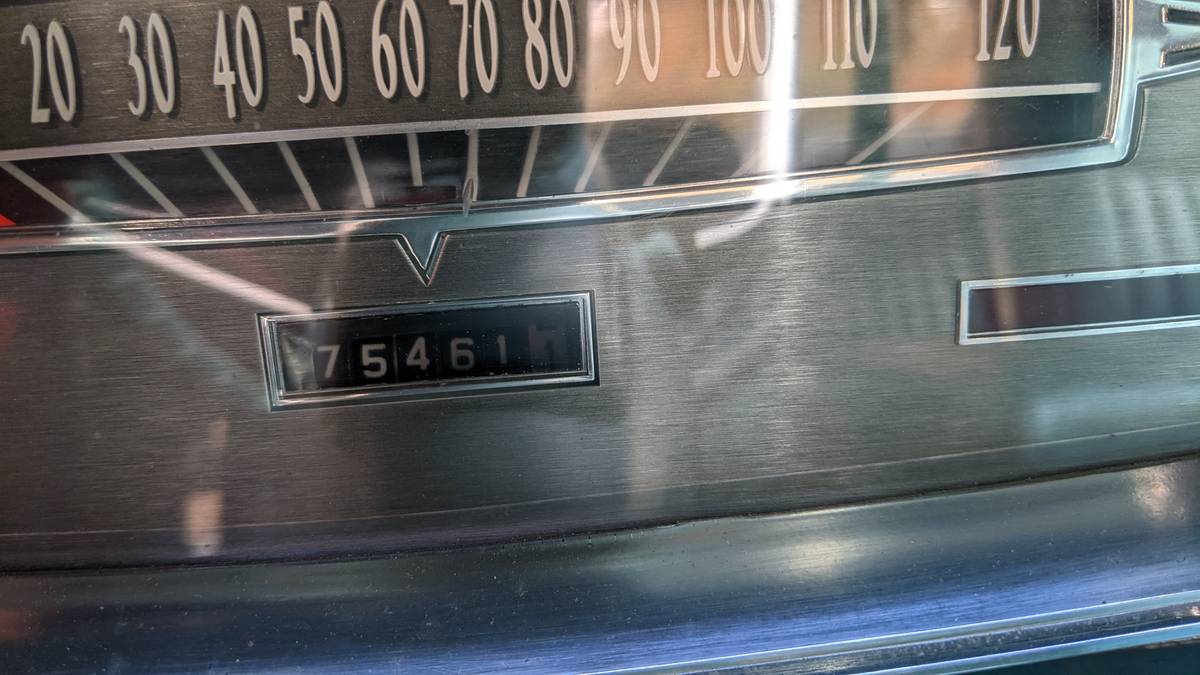 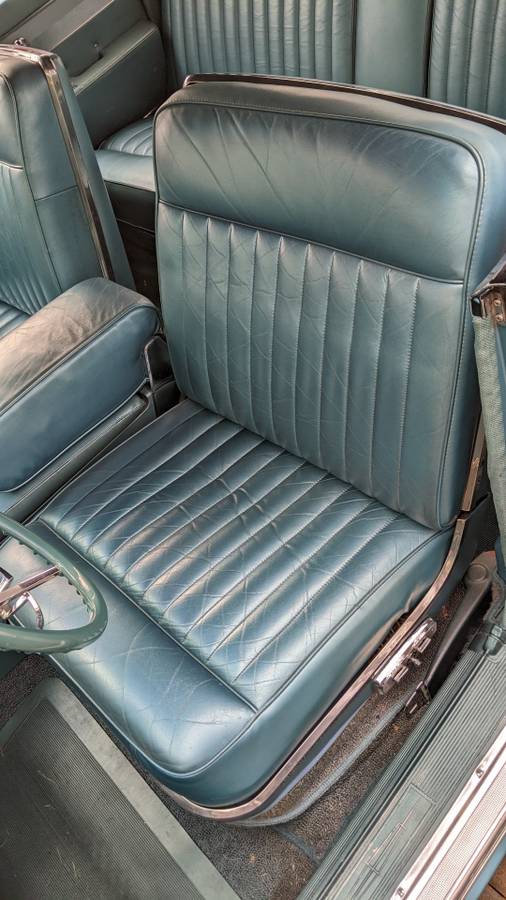 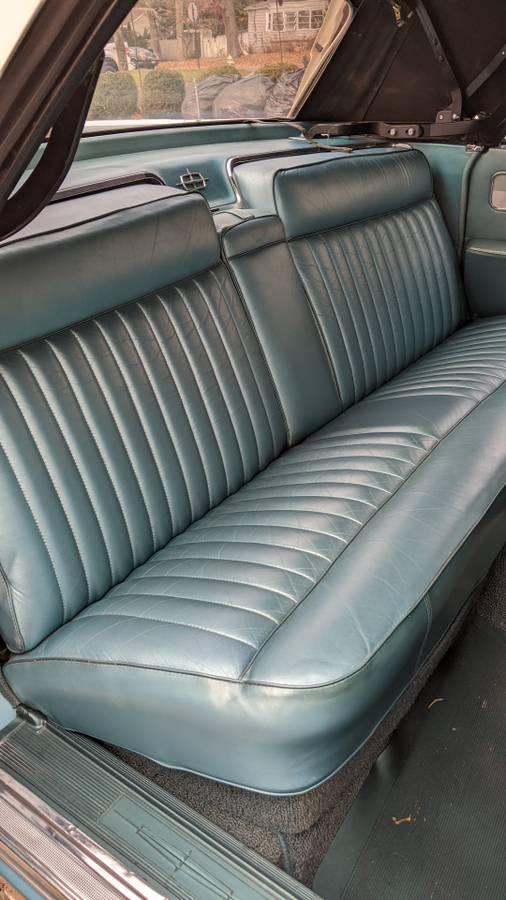 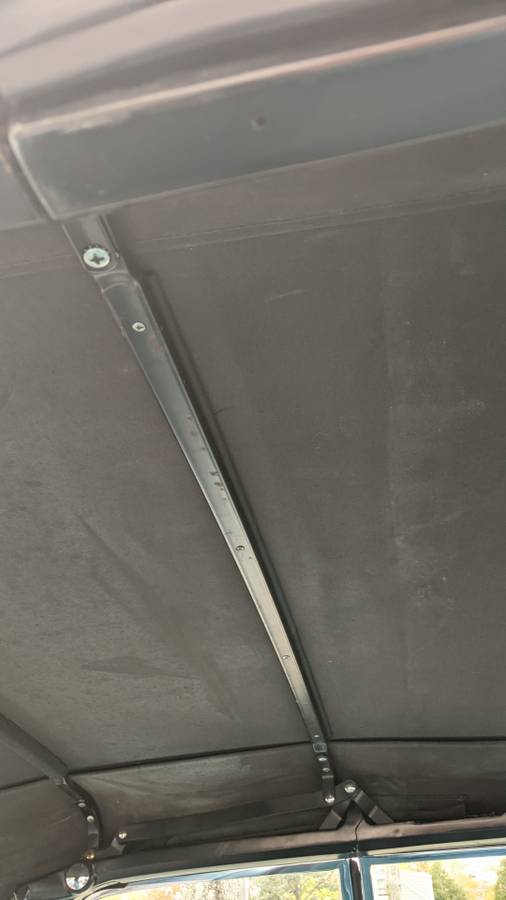 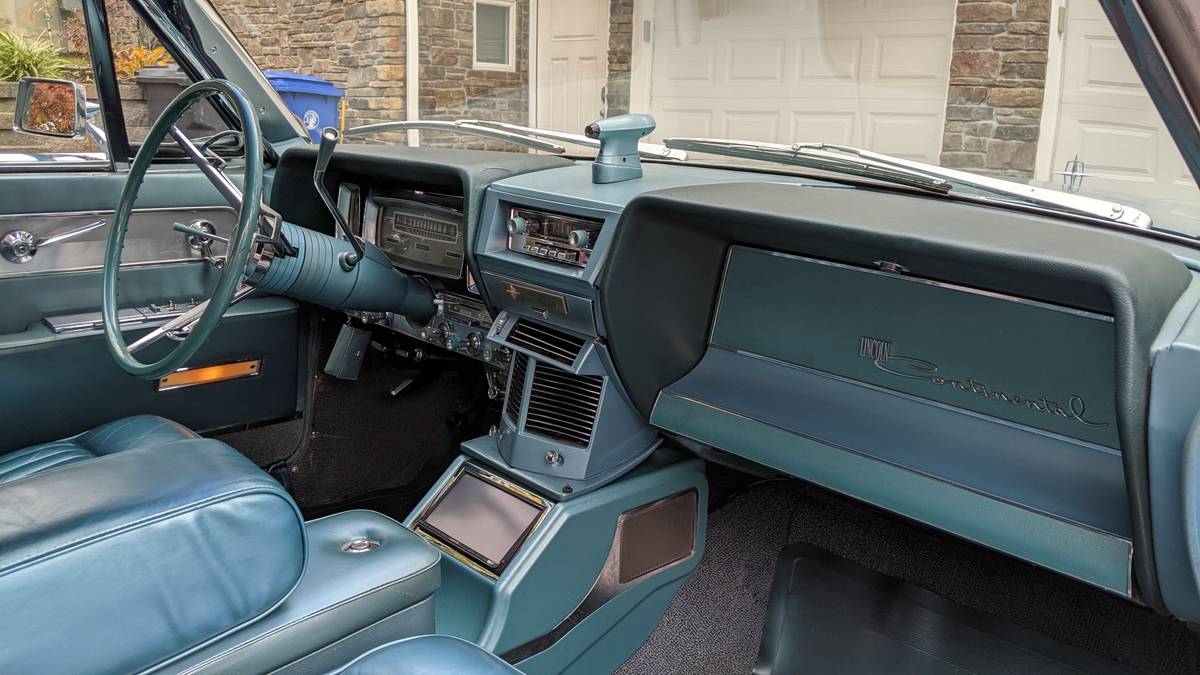 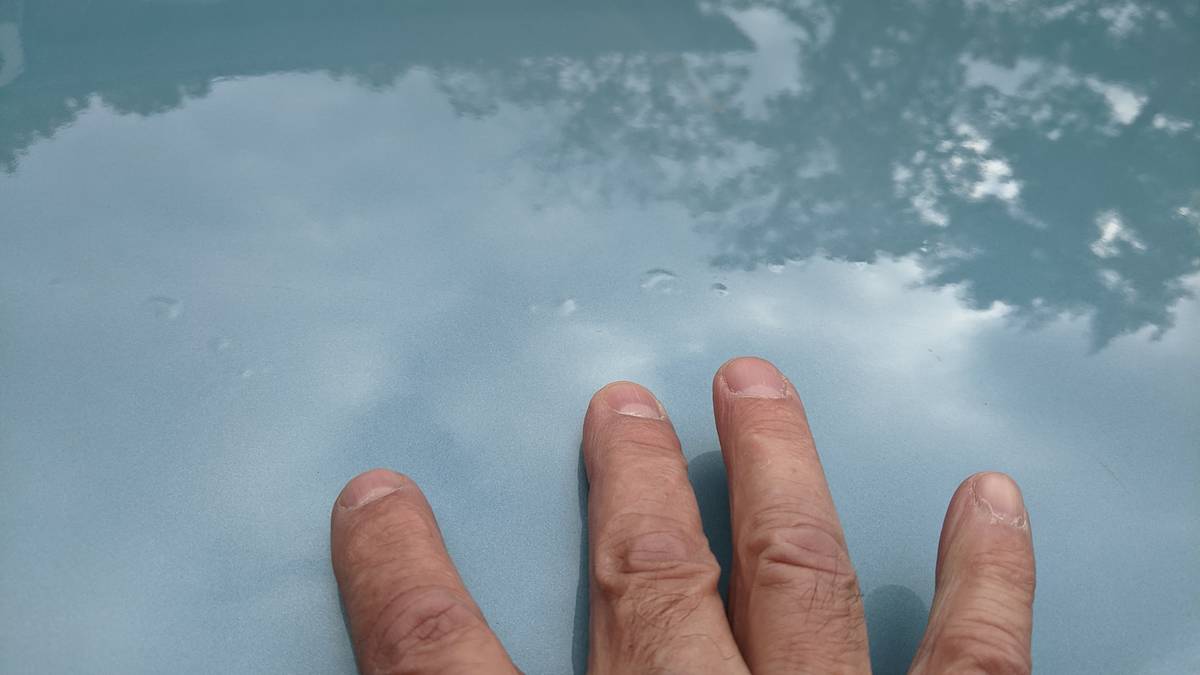 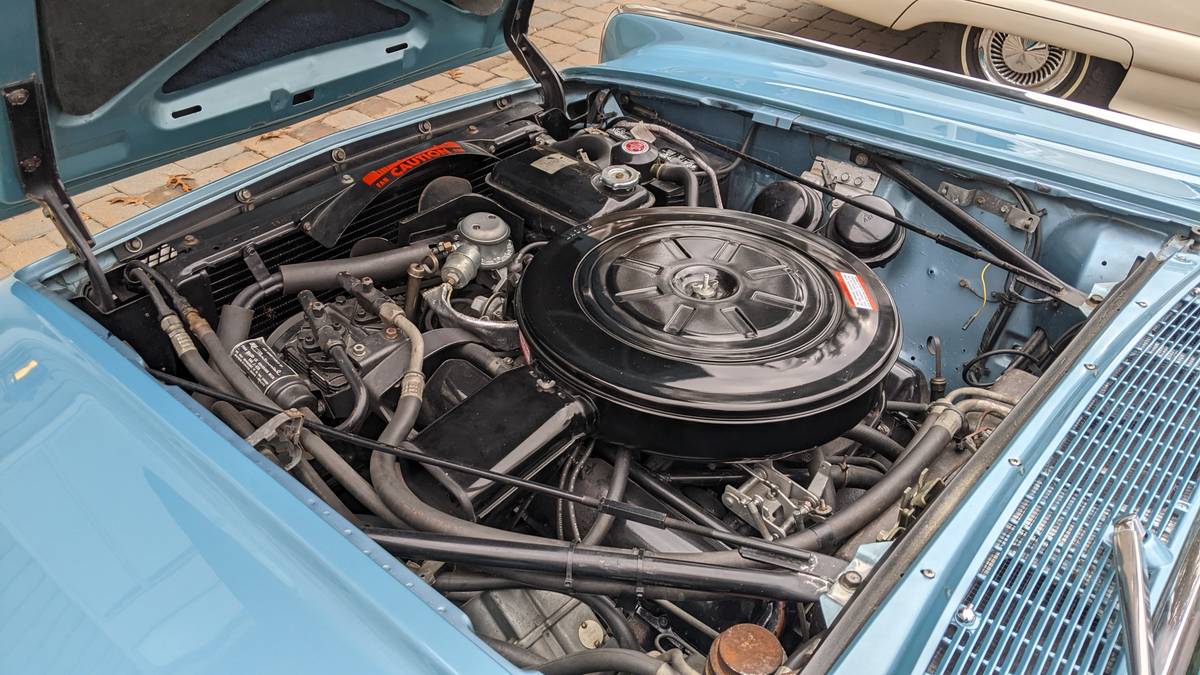 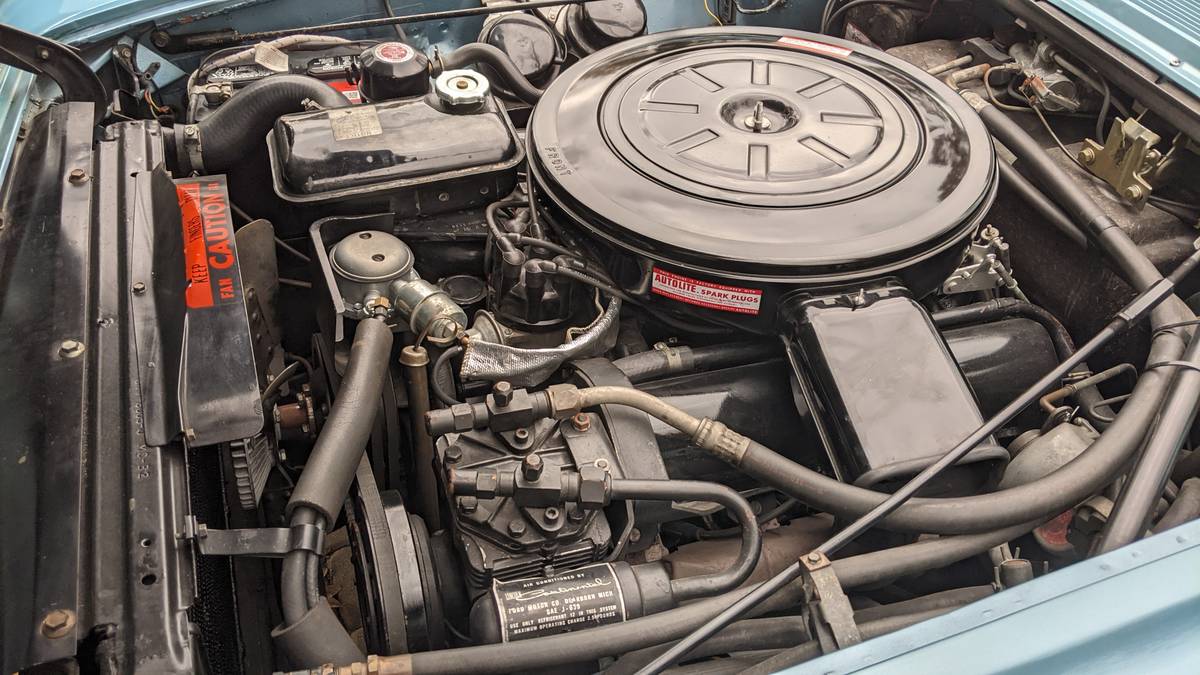 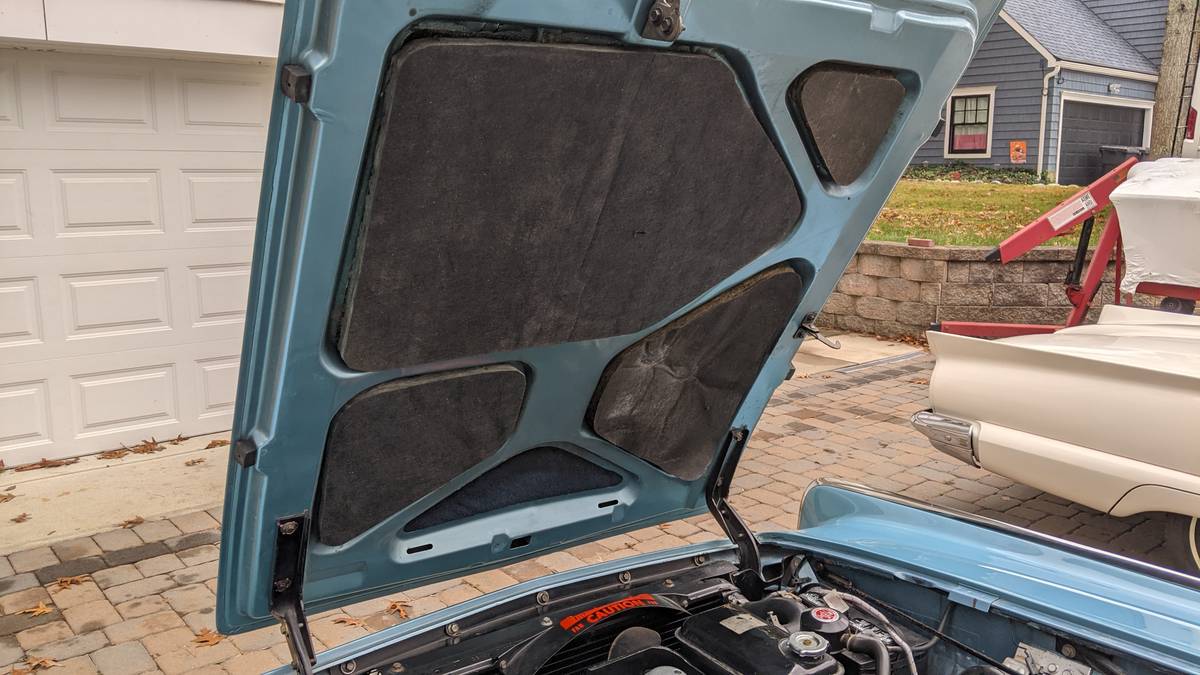 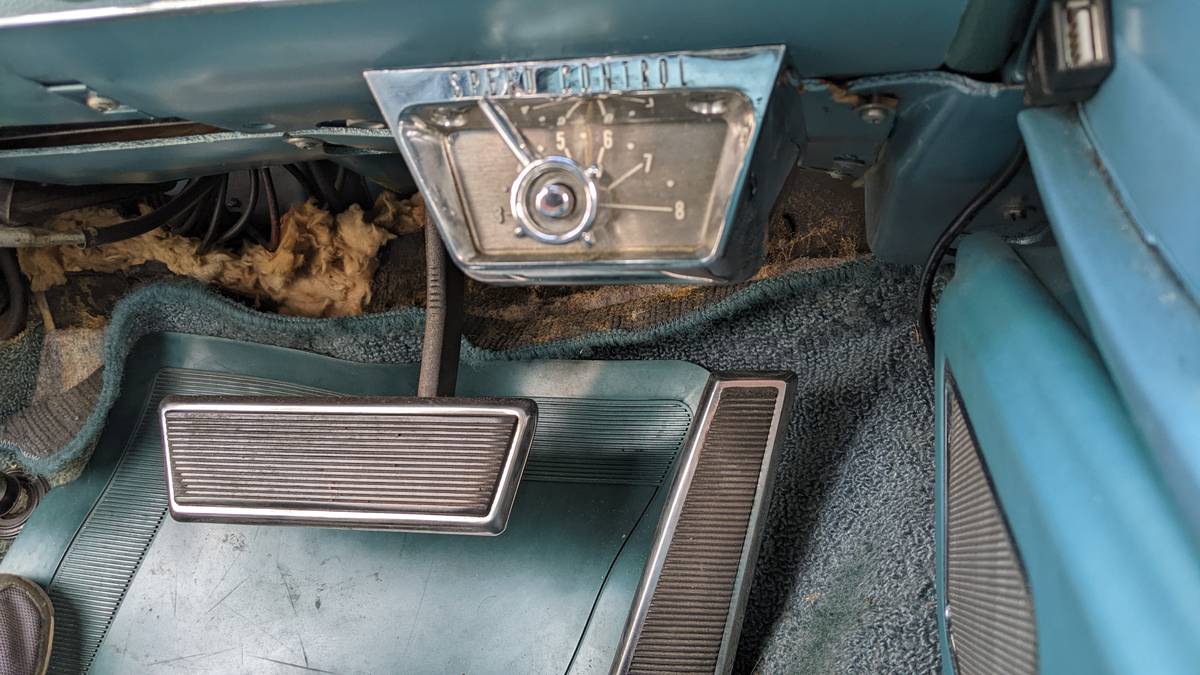 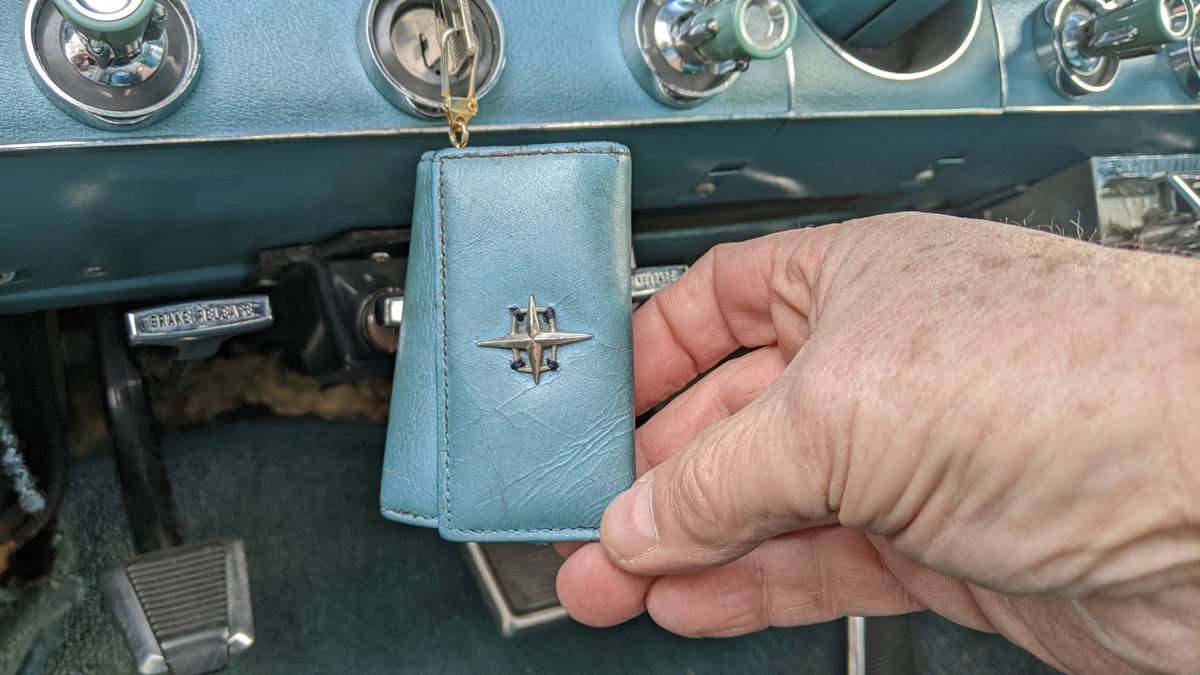 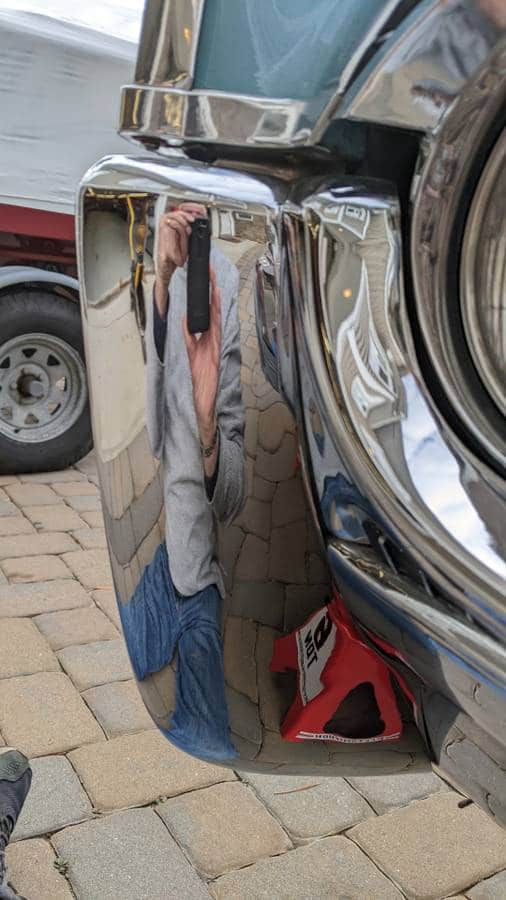 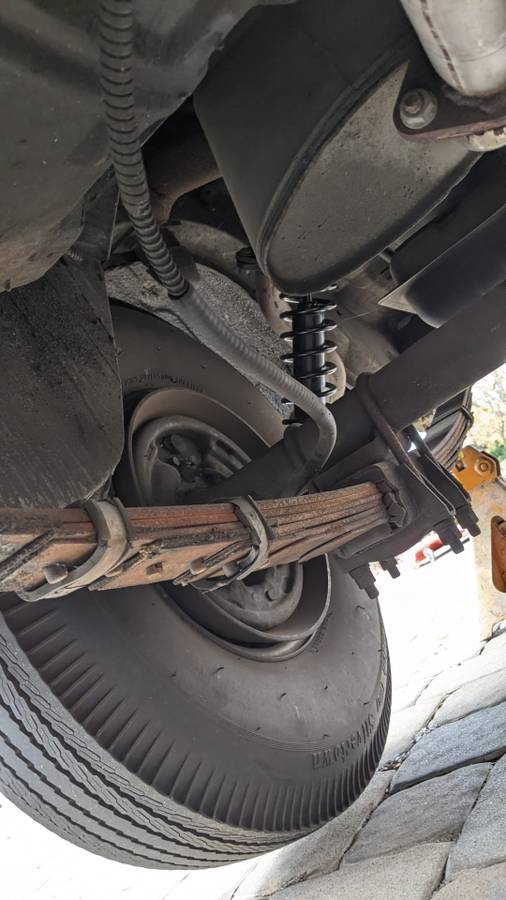 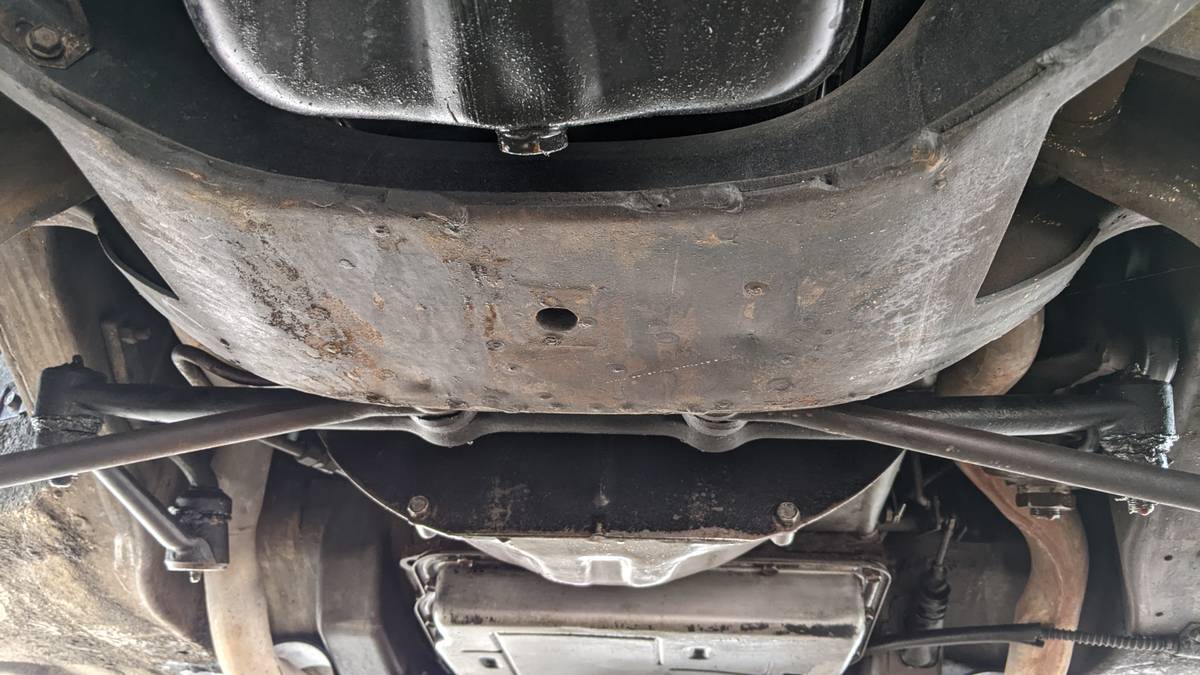 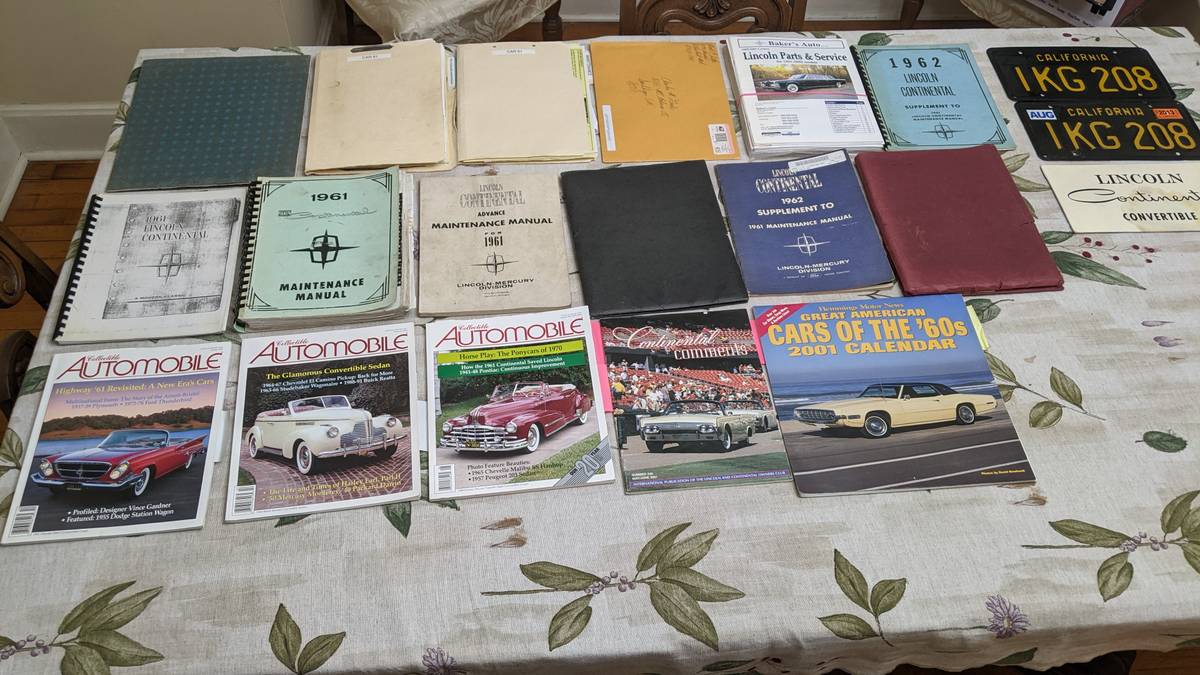 February 16, 2022 Update – We confirmed the seller of this “Classifind” deleted their listing, so we’re now able to call this one “SOLD!” While this one got away, please reach out either by email or call us directly if you’d like to be informed when we come across something similar.

February 5, 2022 Update – We just came across a new listing designed to replace the seller’s expiring previous ad. The description, pictures, and asking price all remain the same.

As a big fan of drop-tops, one of our favorites is the four-door Lincoln Continental convertible produced from 1961 through 1966.  Originally listed on Craigslist in January 2022 on in Toms River, New Jersey is this 76K mile, nicely preserved 1961 Lincoln Continental Convertible. Report to be one of only 2,857 produced that year, this Continental started out as a California car and comes with an extensive amount of documentation.

Currently offered at $69,900, comparing that price against the Hagerty Insurance Online Valuation Tool confirms the seller has this 1961 Lincoln Continental Convertible priced between this guide’s #3 “Good” estimate of $53,900 and its #2 “Excellent” appraisal of $91,900.  Interestingly, the  Collector Car Market Review Online Tool provides a much different assessment as in this case the asking price is $5,300 above this guide’s #1 “Excellent” appraisal of $64,600. Full disclosure: the private seller elected to market and sell their Continental through an independent representative and to his credit, the Broker is transparent about it in their Craigslist ad.

Following the disastrously poor sales of the too big, too expensive, and gas-guzzling 1958-1960 lineup, Lincoln developed a single, much more conservatively styled fourth-generation Lincoln Continental for the 1961 model year. Lincoln offered the Continental in either four-door sedan or convertible models.  The latter was the first American four-door convertible offered since 1948.

Despite shedding over one foot in length and eight inches in wheelbase, the fourth generation Lincoln wound up still weighing more than its Cadillac or Imperial contemporaries. Ford The toned-down, squared-off was quite a departure from the garish prior generation car.  The fourth-generation Continental rode on a stretched version of the unibody platform produced for the 1961 Thunderbird, lengthened to a 123-inch wheelbase from market launch to 1963.

The only engine available was the 430 cubic inch MEL V8 carried over from the Mark V. All versions of the Continental were fitted with a 3-speed automatic transmission.  At its launch, the fourth-generation Lincoln Continental was offered solely as a four-door, as either a sedan or a convertible. For the first time on a Lincoln since 1951, rear doors were rear-hinged (suicide doors). To alert drivers of open doors, Lincoln fitted the dashboard with a “Door Ajar” warning light, a feature we take for granted today. Latching together at the B-pillar with a vacuum-operated central locking system, convertibles used an abbreviated pillar while sedans were “pillared hardtops”. In the configuration, a thin B-pillar supported the roof structure while all four doors utilized frameless door glass.

In what would be the first four-door convertible from a major American manufacturer after World War II, the Lincoln Continental convertible was fitted with a power-operated top on all examples. Leveraging the system originally designed for the late-fifties Ford Skyliner, engineers fitted the Continental with a fabric roof that stored under a rear-hinged decklid/filler panel. In a similar fashion as the Skyliner, to access the trunk for storage, owners needed to raise or lower the deck lid electrically. The design provides a very clean, top-down look.

We came across this vintage 1961 Lincoln Continental Commercial on YouTube. Kudos to the poster for taking the time to have the original 16MM film converted digitally for prosperity:

The seller’s representative provides a thorough description of this 1961 Lincoln Continental convertible.  In addition to having its original California Black Plates included in the sale, the seller notes this car features nicely integrated color-matched bucket seats from a later Continental as well as a custom console typically not seen on these early cars.

“This 1961 Lincoln Continental Convertible, is a rare (one of 2857), well cared for and appreciating Classic that will always turn heads. Showing less than 76,000 miles, which is supported by records dating all the way back to a letter from Lincoln-Mercury Division of Ford Motor Company and sent to the original buyer. There is literally a Milk Crate full of documents, several Factory Service Manuals, Lincoln Continental Owner’s Club Authenticity Manual, receipts for repairs and maintenance, four Magazine Articles about this actual car, May 2001 Feature in Hemmings Motor News Calendar, California Black/Gold License Plates from 1963 and other records pertaining to this particular vehicle, from current and previous owners, that show how this fine car has always been treasured. The car’s exterior retains the original color of Columbia Blue Haze, Factory Code “R” (some imperfections and paint blends present), the interior wears matching, Medium Blue Metallic Leather/Vinyl, Factory Trim Code #82, factory Blue Carpet and a newer Cream Convertible Top. The original 430, V-8 engine was rebuilt, 12-2016, prior to seller’s acquisition and the “Turbo Drive” Automatic Transmission was resealed approximately 3 years ago while under the Seller’s care. The Convertible Top, Hydraulic/Electric System was completely serviced and it functions smoothly (Video of operation available). Power Seats, Windows and Locks function as designed. Power Brakes and Steering are good. Air Conditioning was added by a previous owner but it is not currently working. The Windshield Washer Is disconnected but the parts needed to repair are in hand. Optional equipment includes an original AM Radio, Speed Control, Automatic Headlight Dimmer Sensor, also added by a previous owner (not available in 1961)and dealer installed Name Plate engraved with the name of the Original Owner. Non-original alterations include, replacement of the Front Bench Seat with what appears to be a pair of later Lincoln Continental Bucket Seats and a matching Console/Arm Rest which are covered in the correct shade of Leather and Vinyl upholstery, coil over rear shock absorbers and a Kenwood, 6.9” Double DIN, Navigation, DVD, Receiver with Bluetooth and Rear Camera in a custom fabricated, color-matched Console integrated below the center of the dashboard. Appointments to see and test drive this great car can be made by contacting, Bill Miller Car Finder LLC. Stored in, Toms River, NJ and ready for inspection by you or your representative.“

Show or go: what would you do with this 1961 Lincoln Continental Four-Door Convertible?  Comment below and let us know!