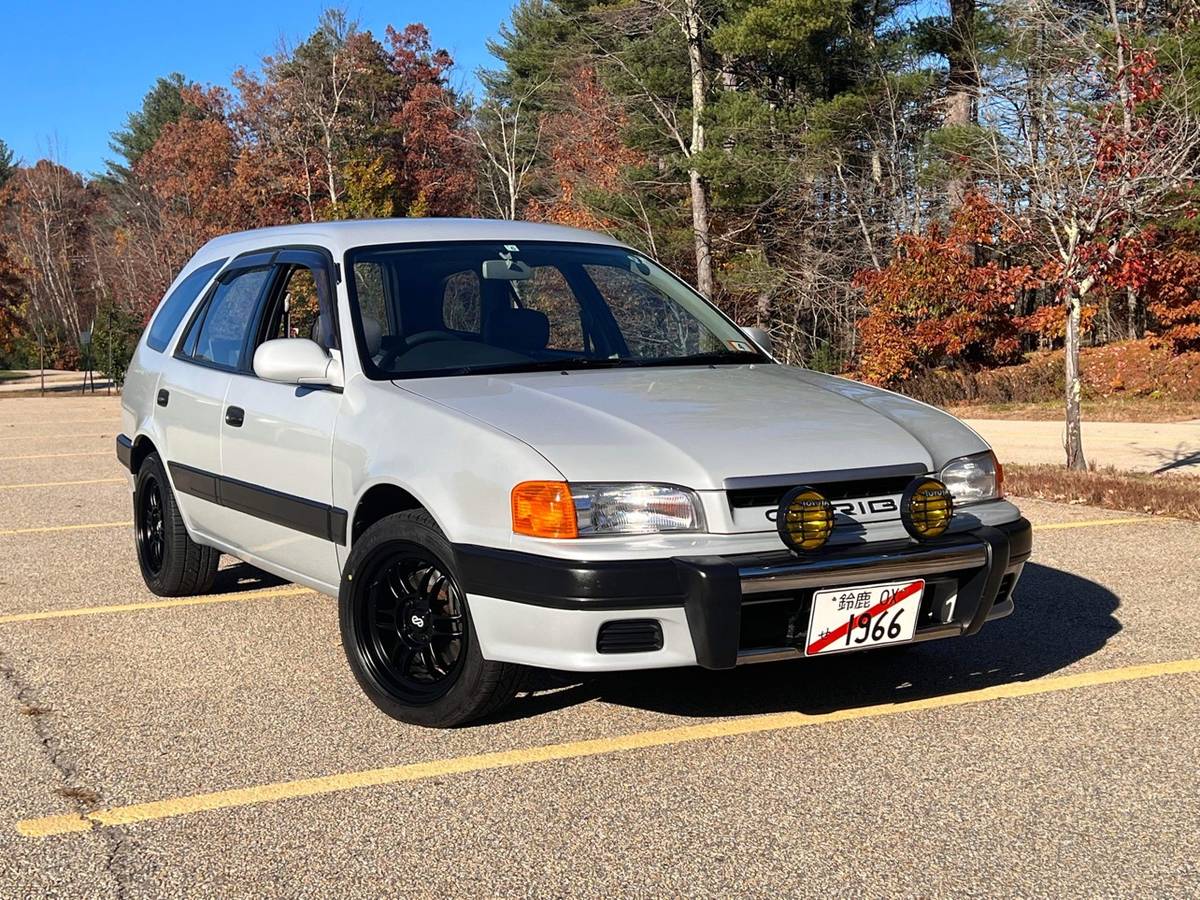 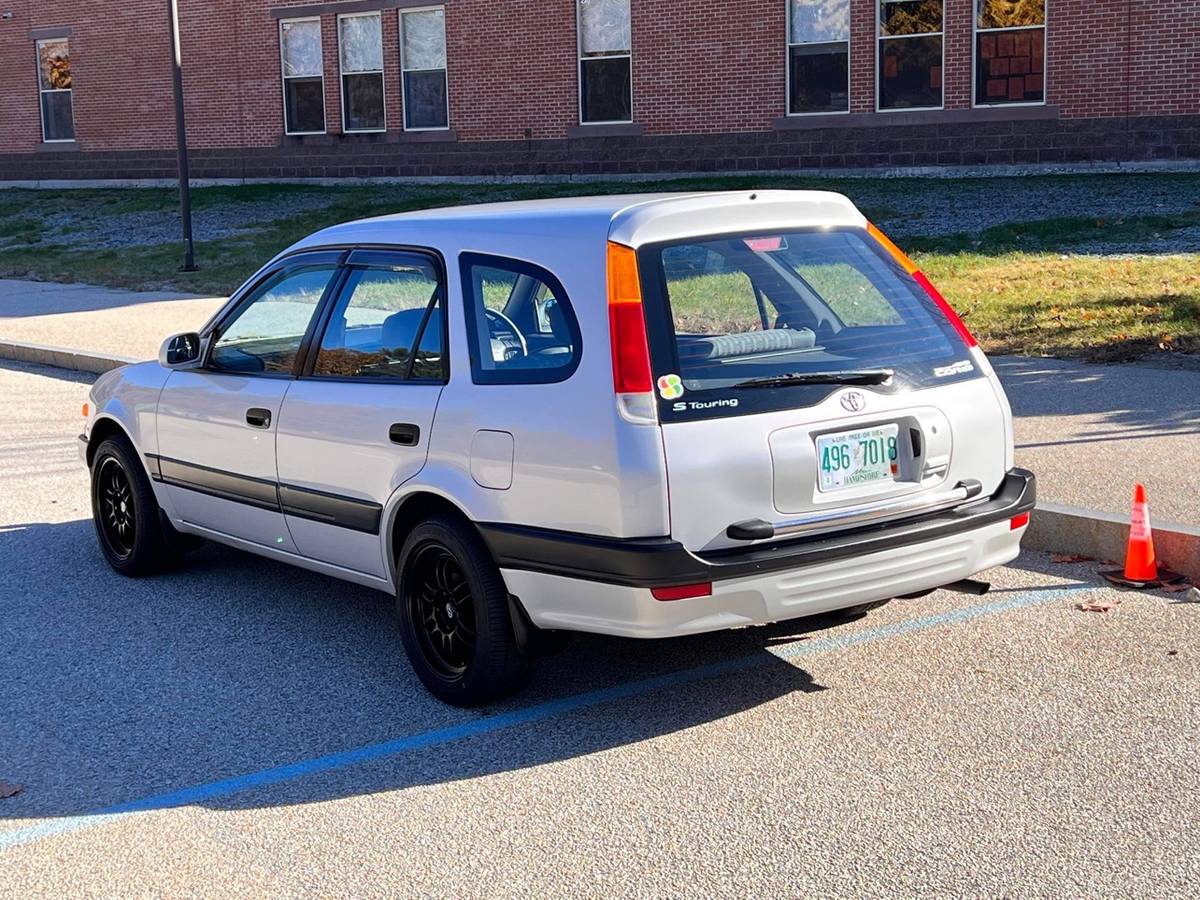 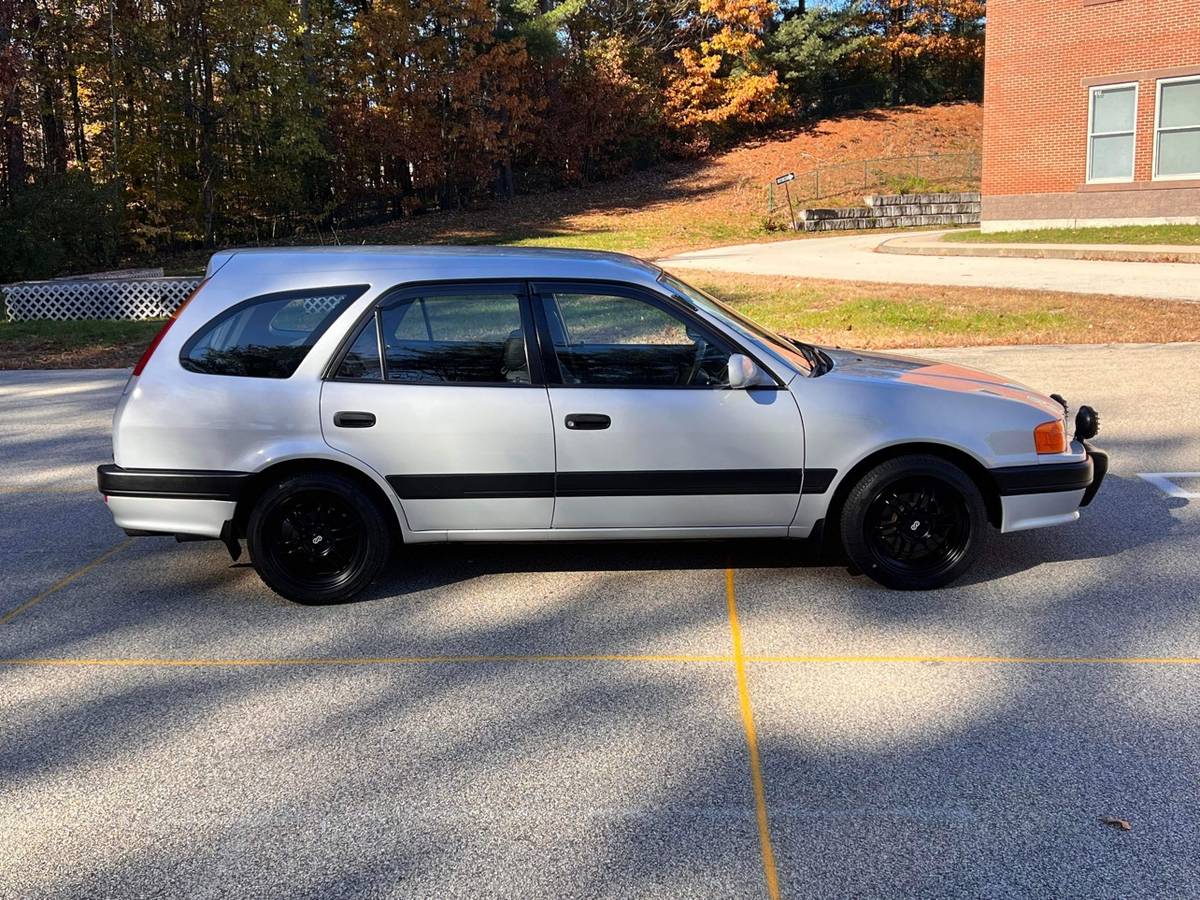 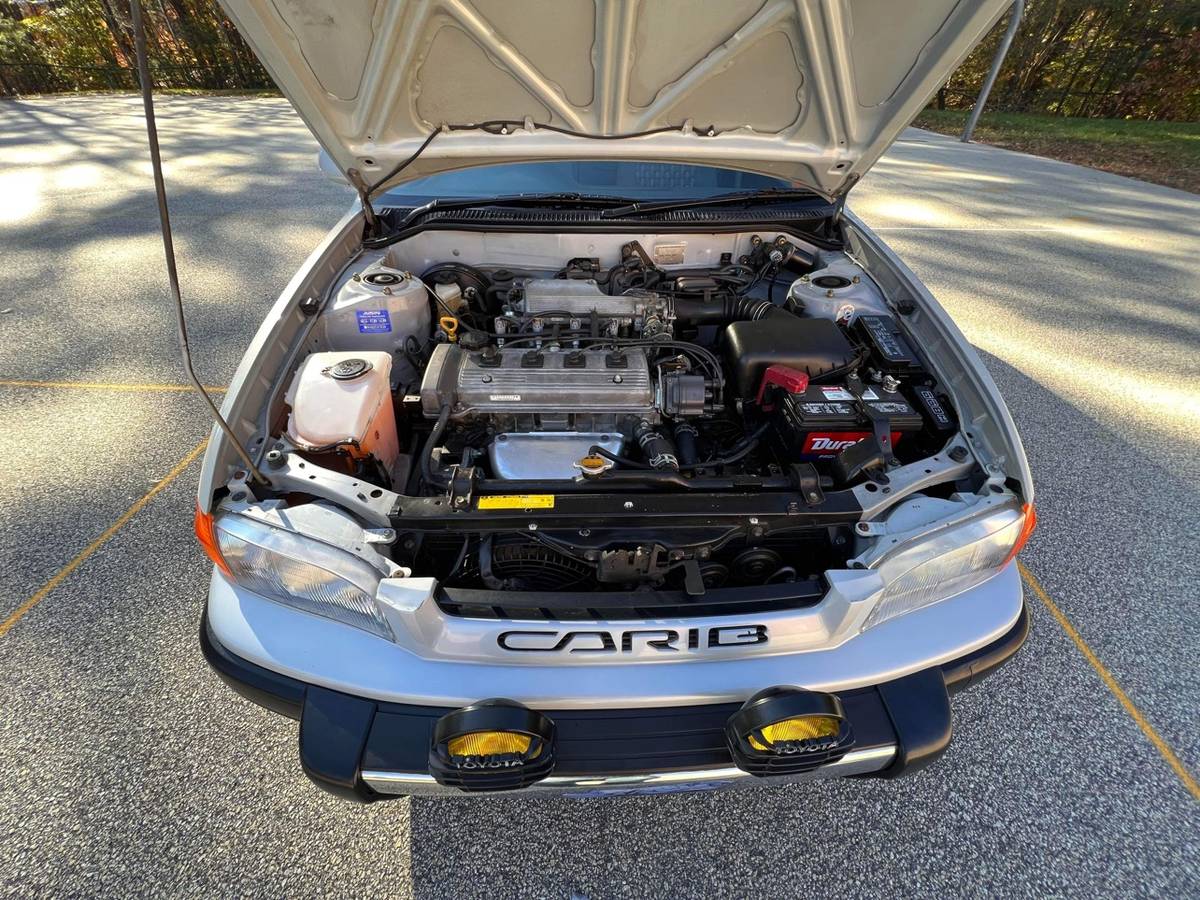 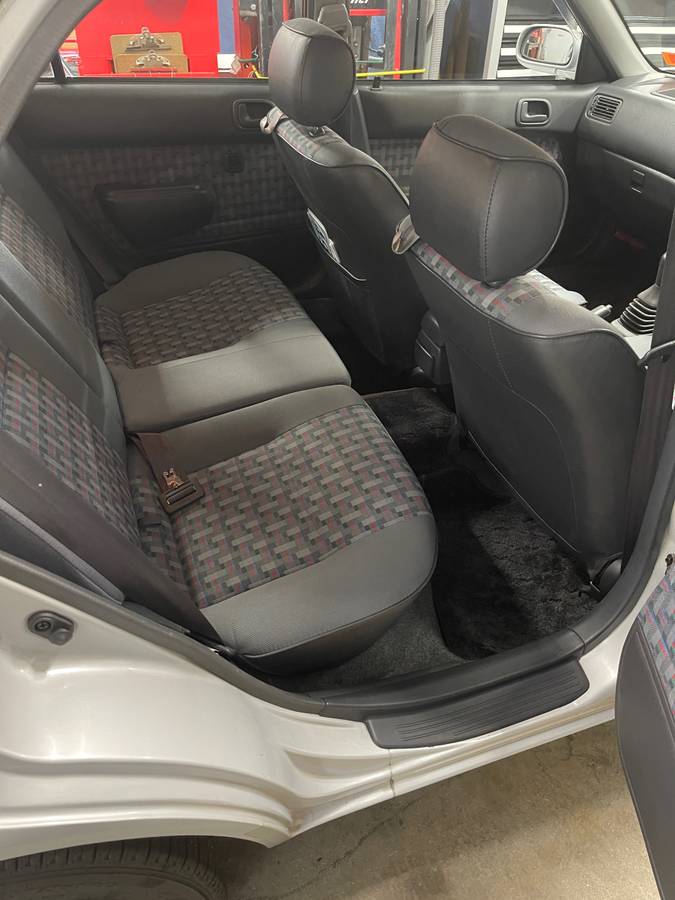 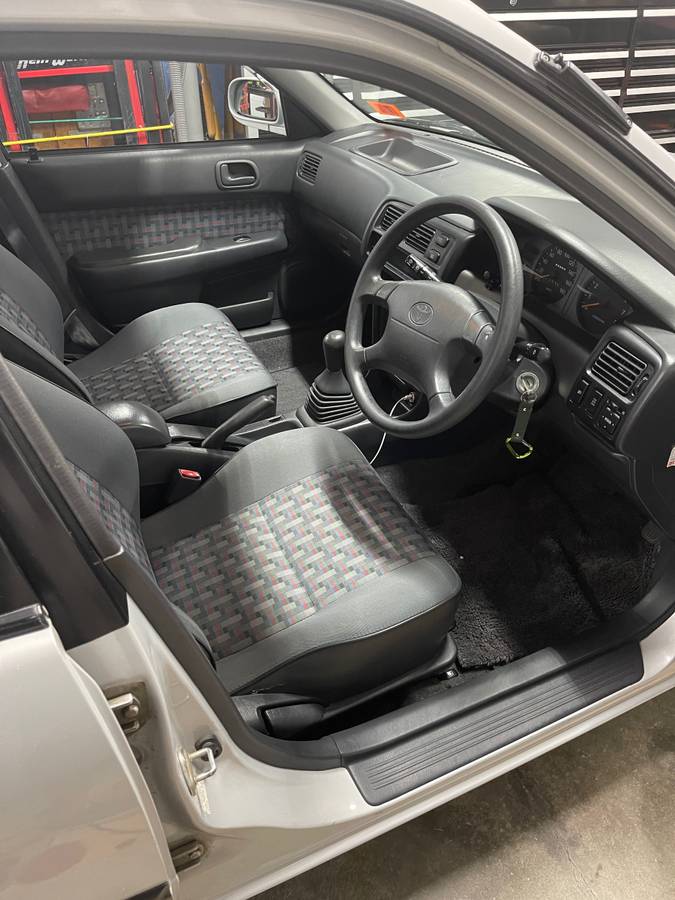 March 2, 2022 Update – We confirmed the seller of this “Classifind” deleted their listing, so we’re now able to call this one “SOLD!” While this one got away, please reach out either by email or call us directly if you’d like to be informed when we come across something similar.

February 6, 2022 Update – We just noticed the private seller of this JDM Carolla wagon replaced their expiring Craigslist ad with a fresh post. In it, the description, pictures, and lowered asking price of $14,900 all remain the same.

January 14, 2022 Update – We just confirmed the seller of this JDM Corolla wagon just lowered their asking price by three thousand dollars from the original ask of $17,900 to $14,900.

It’s easy to think that every Japanese market vehicle showing up stateside has to be some slice of sports car exotica that previously only existed in movies or on posters, but some of the recent arrivals are far more plebian. Take, for example, this 1996 Toyota Carib Sprinter All-Trac originally listed in January 2022 on Craigslist in Barnstead, New Hampshire with just 34,000 original miles, minty cosmetics, and a revised asking price of $14,900 (the original ask was $17,900). While there’s no direct reference for one of these models in the traditional price guides, you are essentially buying a gussied-up JDM version of the Corolla All-Trac wagon that was sold stateside, but it’s also doubtful that very many are left in the sort of condition this car is in.

As part of the overall wave of JDM vehicles showing up stateside, you may notice that not everything is a modified Supra or RX7. In fact, there are plenty of ordinary commuter cars rolling off the boats these days as well, marketed primarily towards rural mail carriers who often need to supply their own vehicle to fulfill their daily duties. Combined with the prevalence of four-wheel-drive in these models along with the obvious appeal of right-hand-side steering, it’s not uncommon to venture into some more rural areas and see an unusual brand of 4Runner or Isuzu Trooper with a variety of rare features and options crawling up a washed-out driveway. While it’s all well and good to think of JDM vehicles as your gateway to a real-life experience of the cars you have in your garage in Gran Turismo, there’s also something to be said for simply buying one to use as your commuter car, as it will likely have extremely low mileage and be ready to churn out 200K miles or better – all while looking far cooler than your average Civic or Sentra.

We came across a walk-around video of what appears to be the very car featured for sale here:

The seller’s car is obviously a much newer version of the last Corolla All-Trac to roll off domestic dealer lots, but the recipe is still largely the same: compact four-cylinder wagon with a fairly beefy four-wheel-drive system. Now, to me, the real attraction here is not the equipment but the low mileage, as this is a car that is way more interesting than your typical Honda Civic but will likely be just as reliable to drive over the long haul. You can even lock the center differential for even more traction in the thick stuff should you drive it through the mud and snow. The seller also reports that there’s no rust on the car and that even the underside still looks like new. I suspect the seller will have a hard time getting his asking price, as most casual shoppers are scared off by right-hand-drive steering. But if there’s some flex in the price, this could be a great wintertime commuter for a savvy buyer who knows how cheap this car will be to run over the long haul.

“Available is my beautiful 1996 Toyota Carib Sprinter 4×4 Station wagon. This is the same car as the US version of the Toyota Alltrac 4×4 wagon. This car was recently imported from Japan. It has 55000Km or 34000 original miles. It is right hand drive (RHD). It is in remarkable condition. It runs, drives and looks like new, even under the car is like new. Not a speck of rust anywhere. The power plant is the bulletproof 1.8 liter 4 cylinder engine with a 5 speed manual transmission. The car is All wheel drive with a button to lock the center differential for true 4 wheel drive. The interior looks like brand new. The windshield is original to the car and is perfect. The car also has a hidden audio system located in the glove box that has bluetooth capability and a remote control. It works perfectly. The car sports new and pricey Enkei’s wheels with new Falken tires. Everything in this car works flawlessly. The car still has all of its Japanese decals for inspections and safety. It even has the factory provided road flare located on the right kick panel that is mandated in Japan. Car comes with an English version of the owners manual.

People stop and look at this car everywhere I park it. I have owned many cars and this one is the most unique so far. It is fun to drive, reliable, inexpensive to insure and drive and you do not have to worry about emissions testing. I can assure you that this car requires no work whatsoever. This car was garaged its entire life and it is obvious. In general, it is impossible to find an Alltrac version of Toyota. This car is truly one of a kind.“