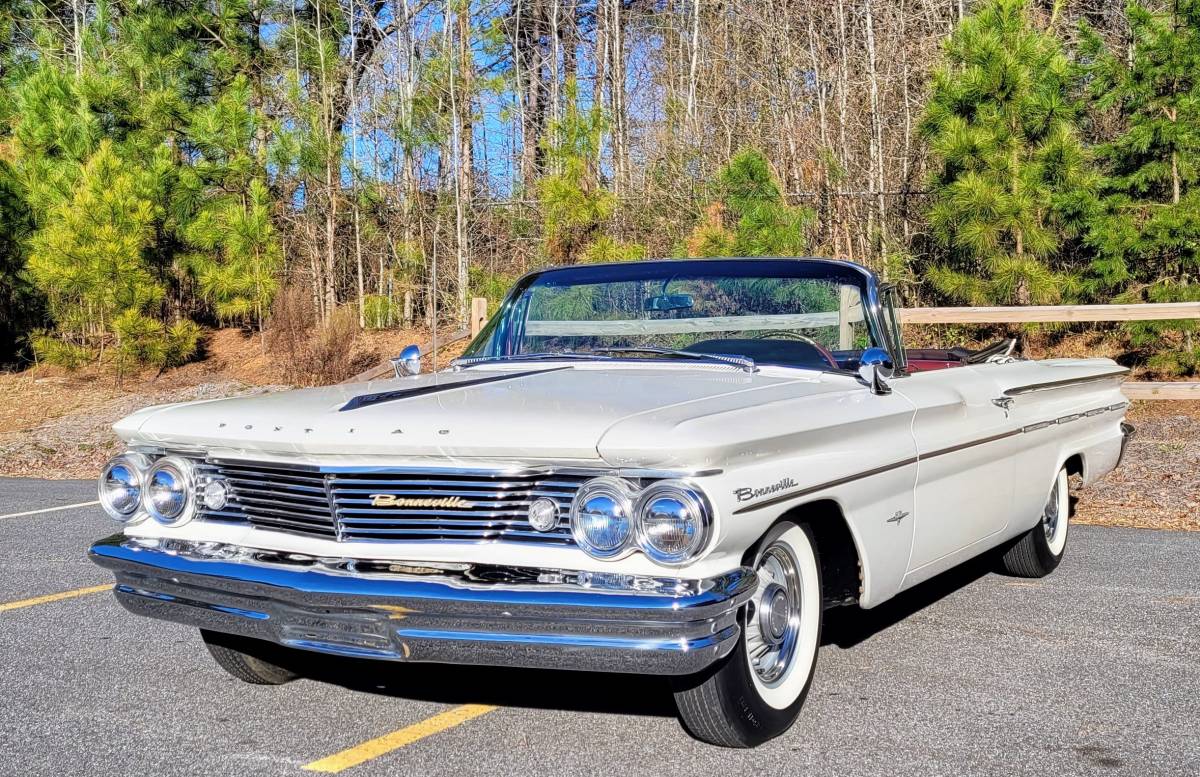 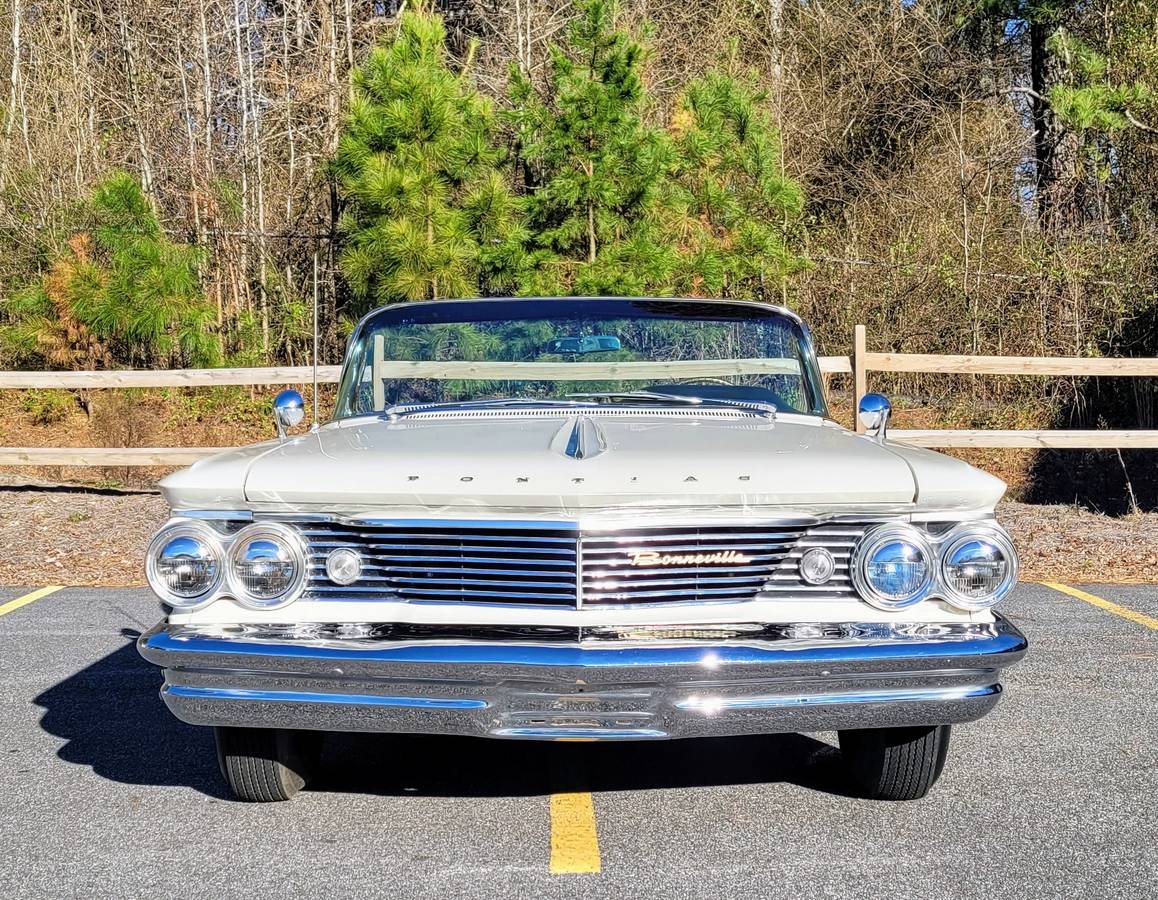 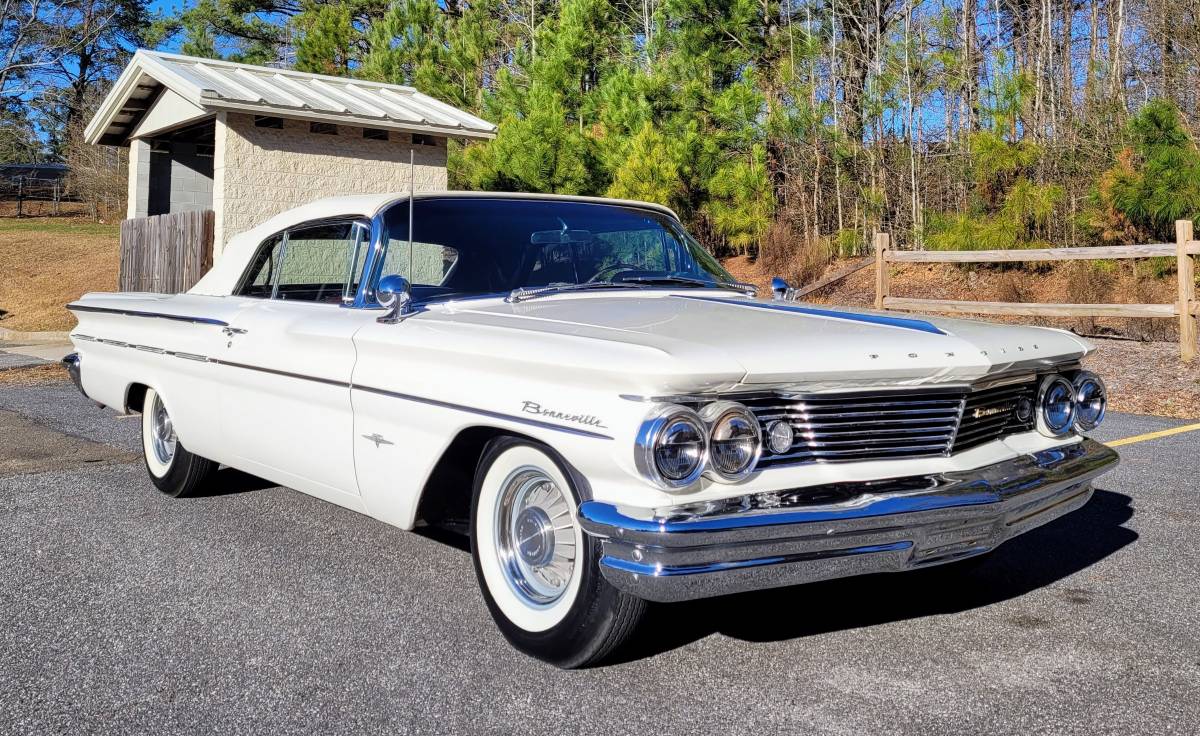 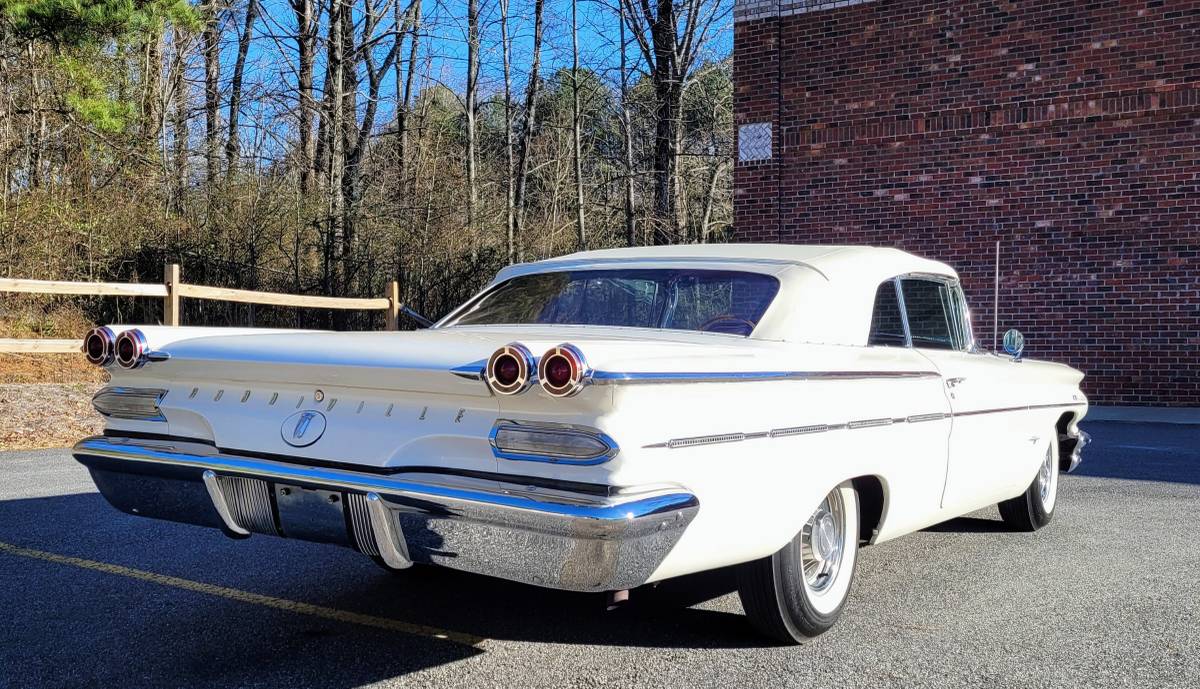 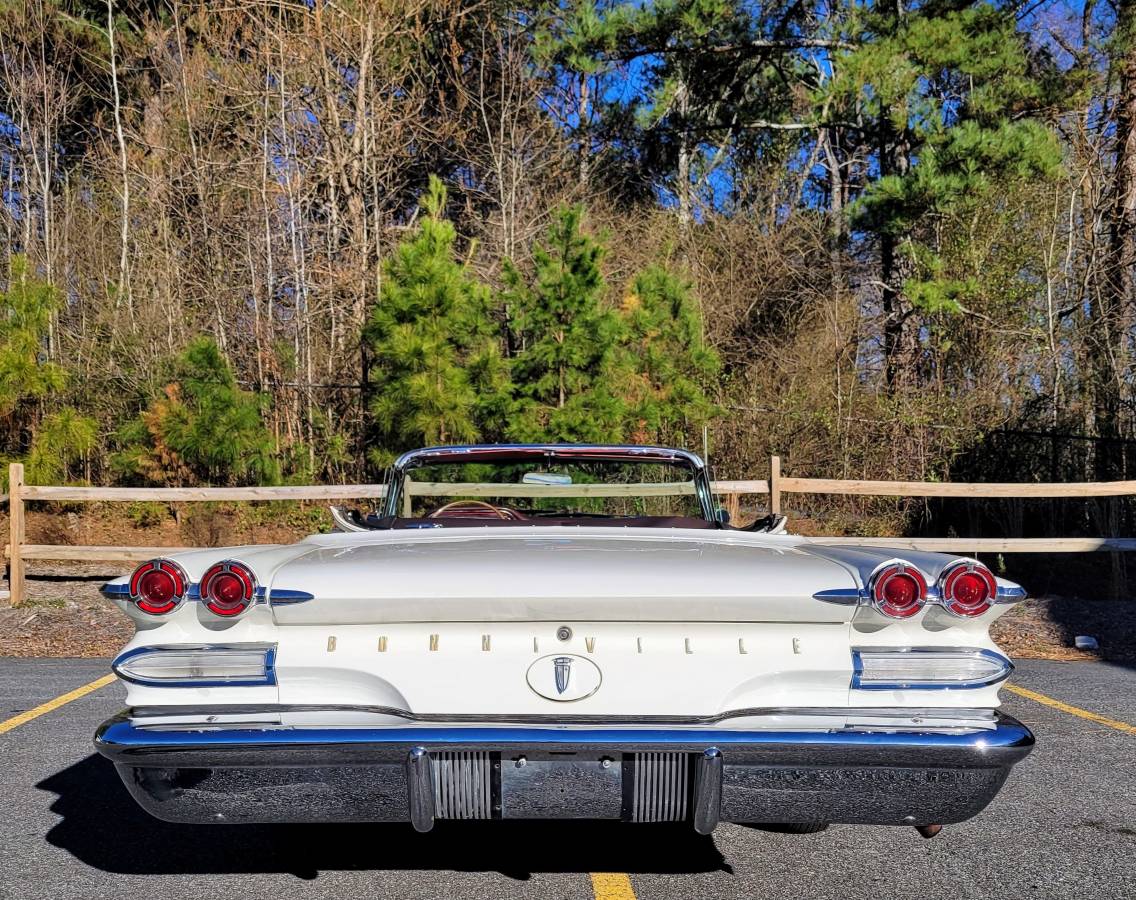 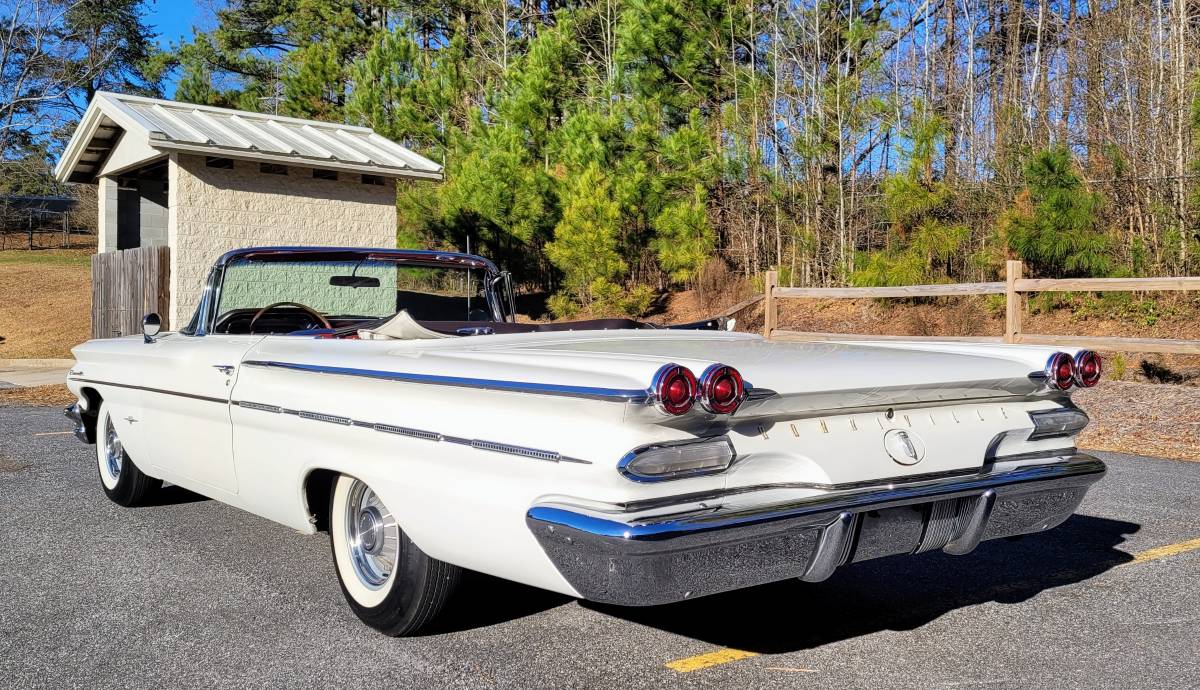 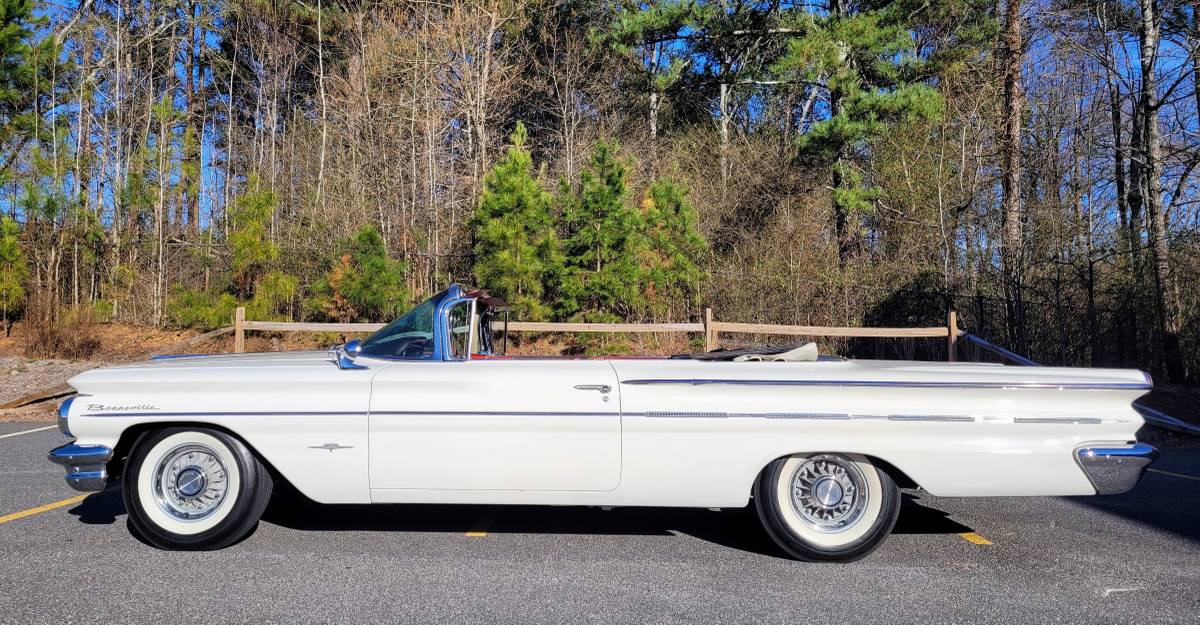 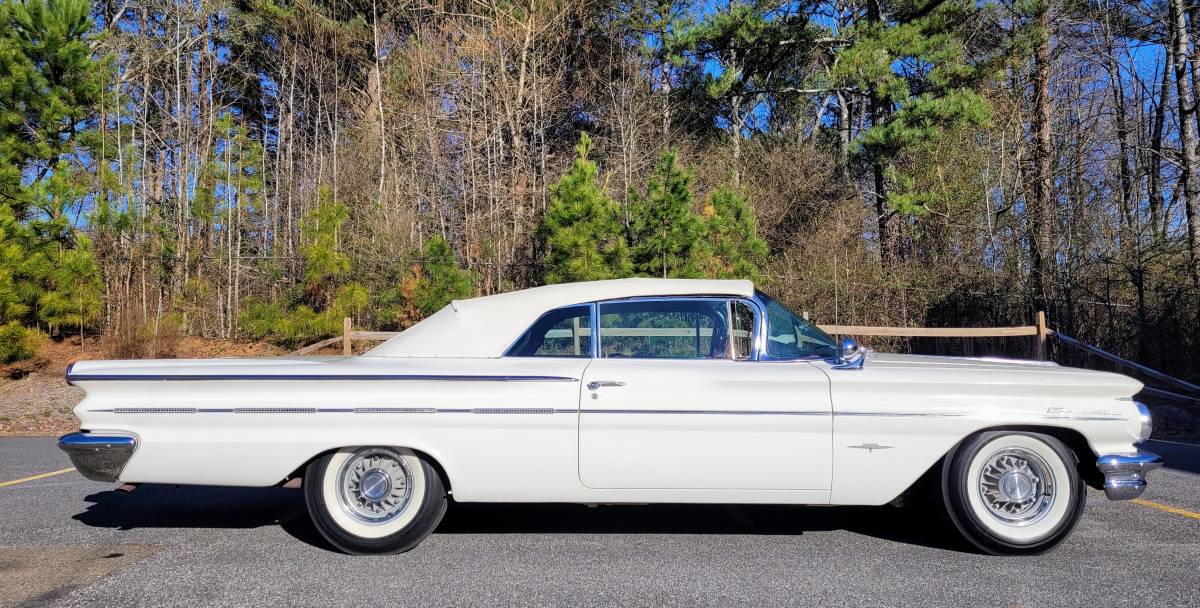 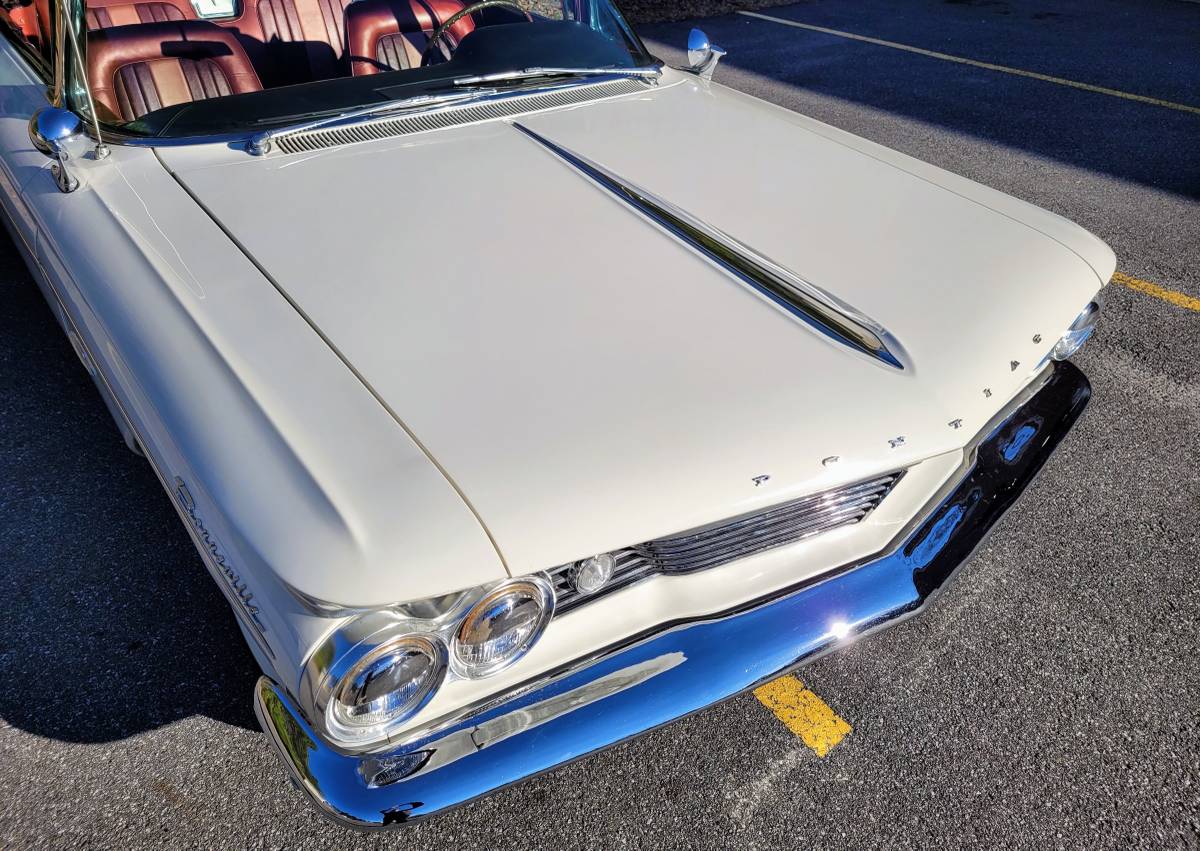 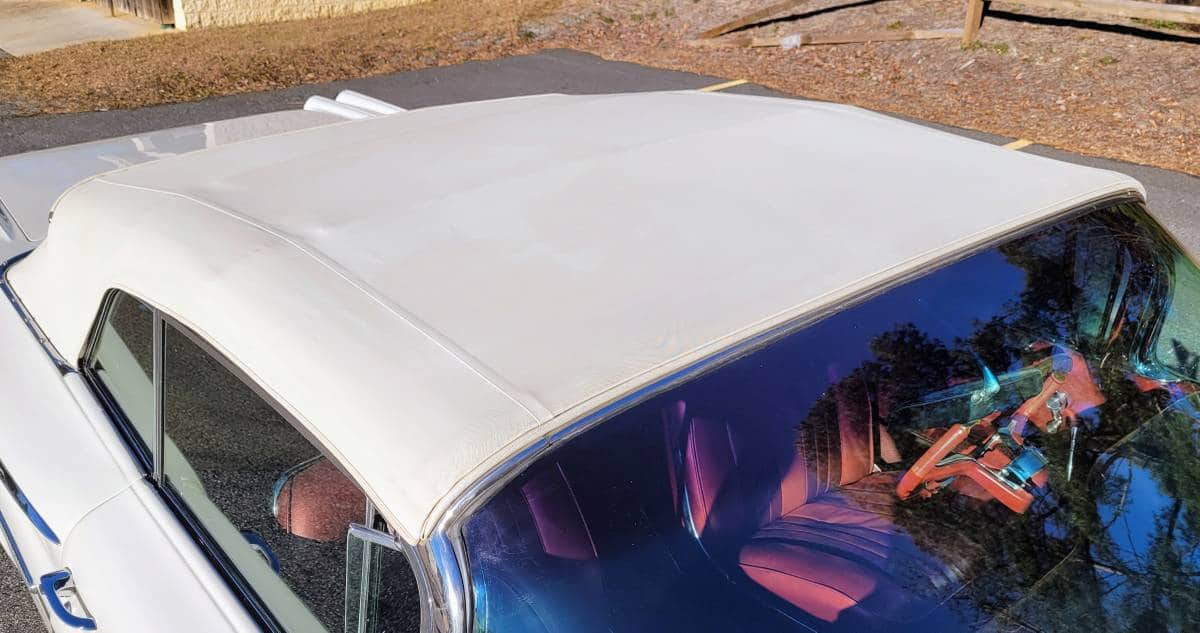 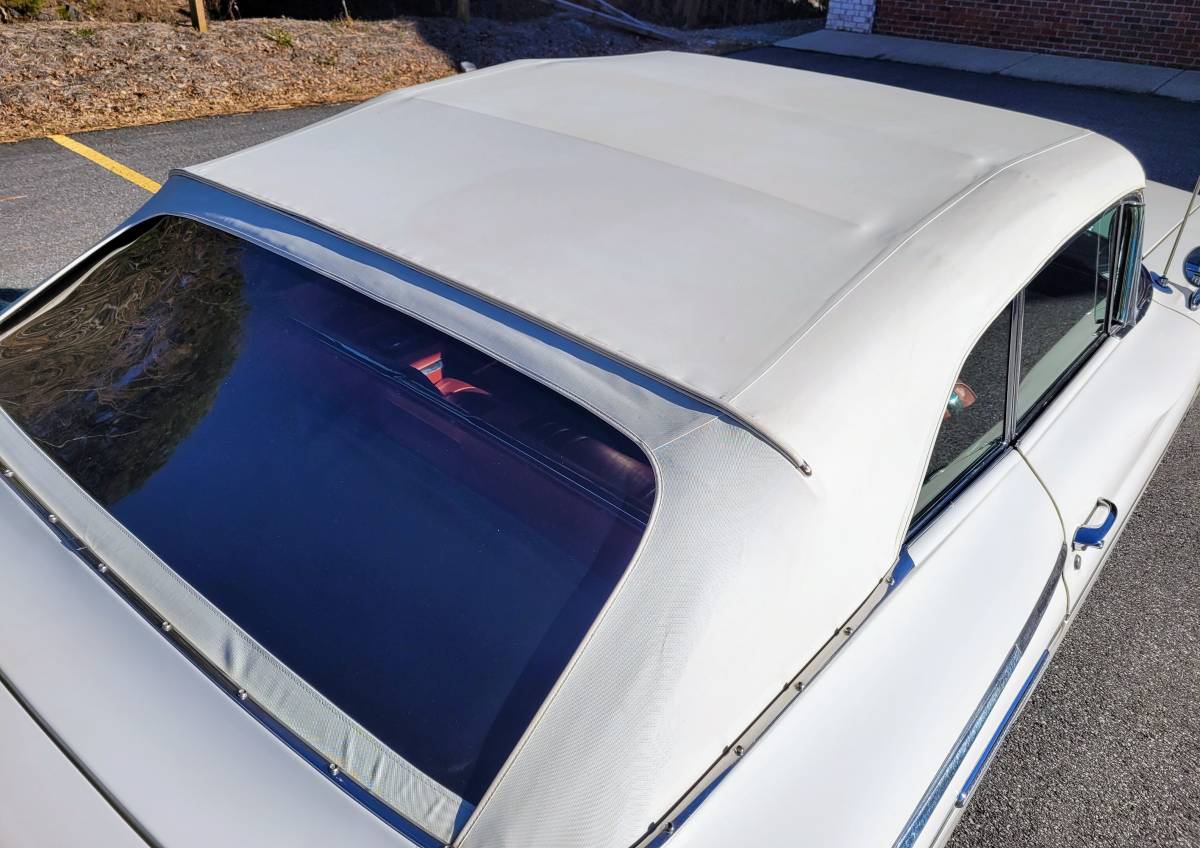 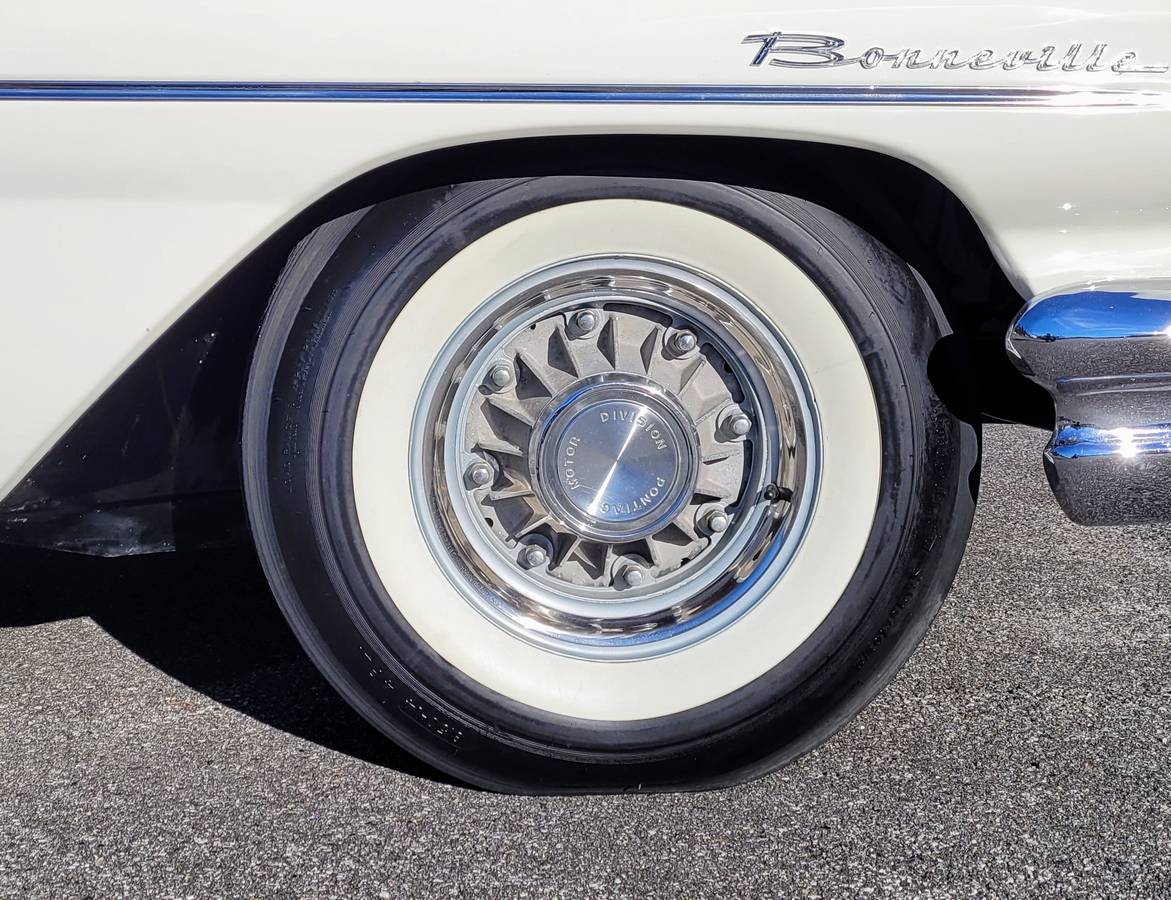 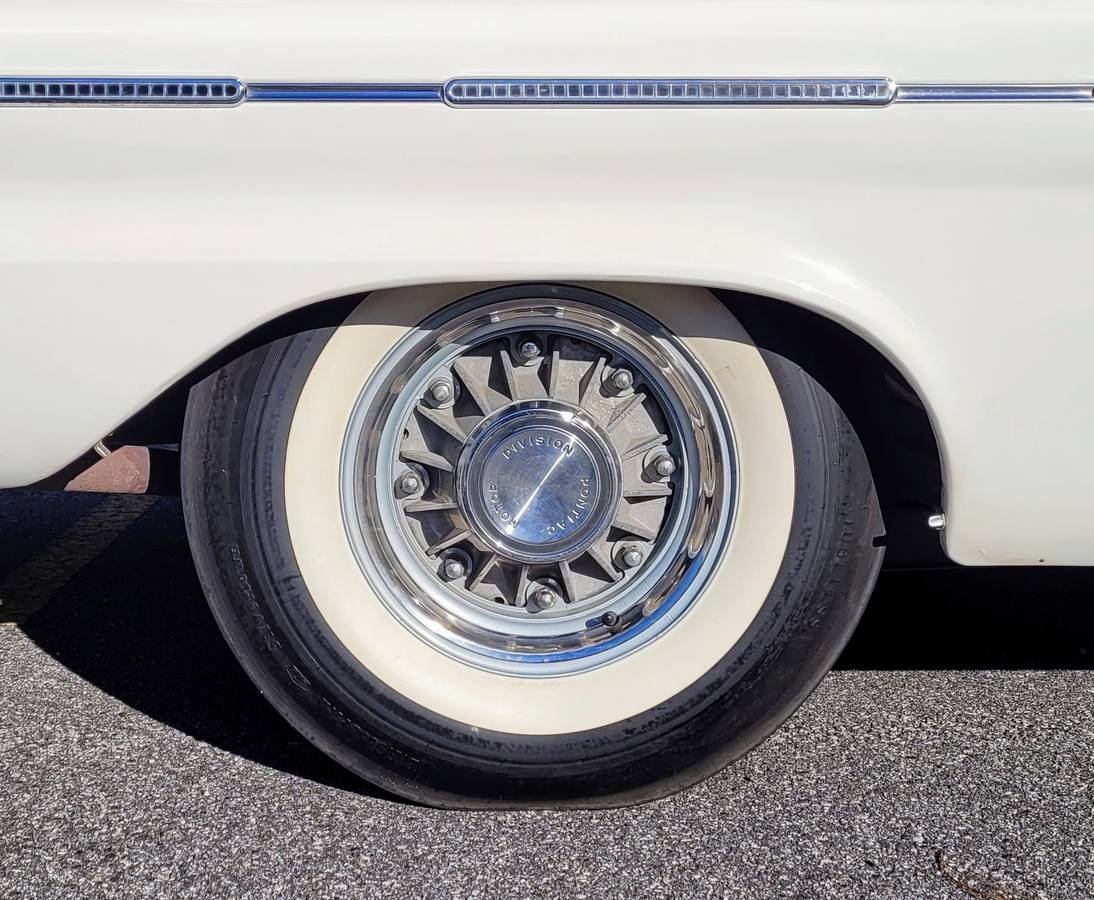 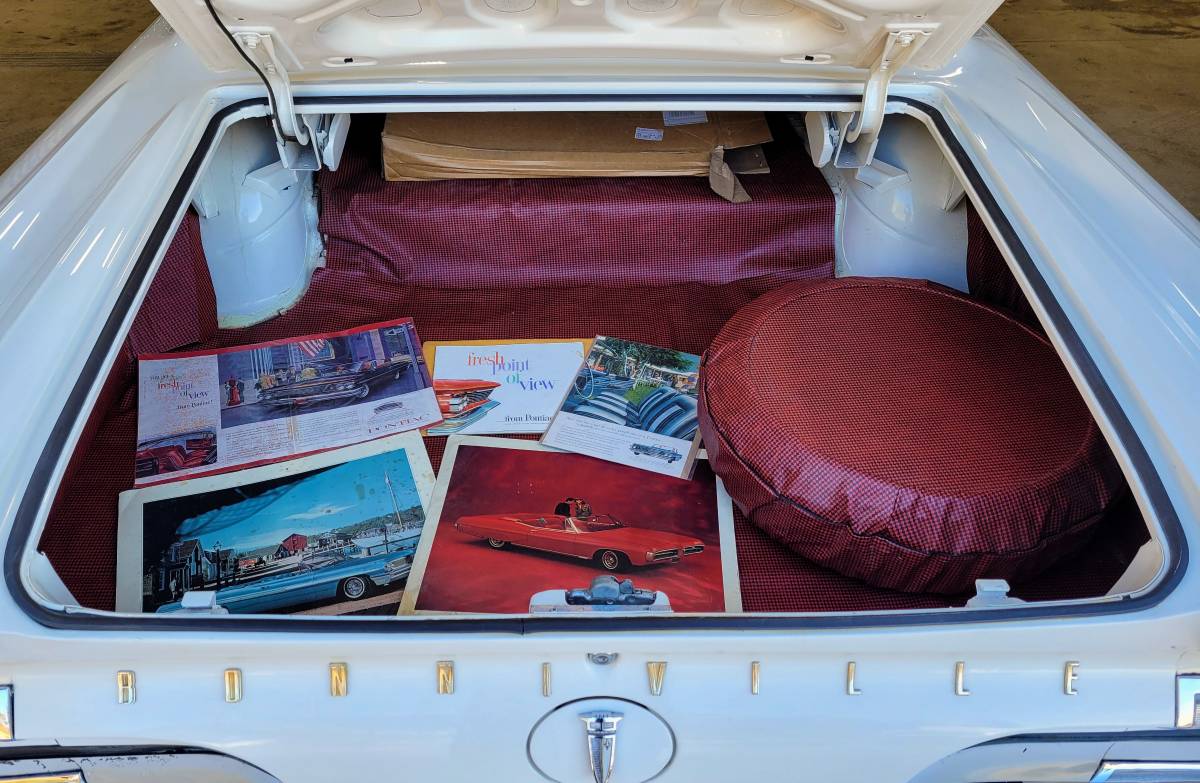 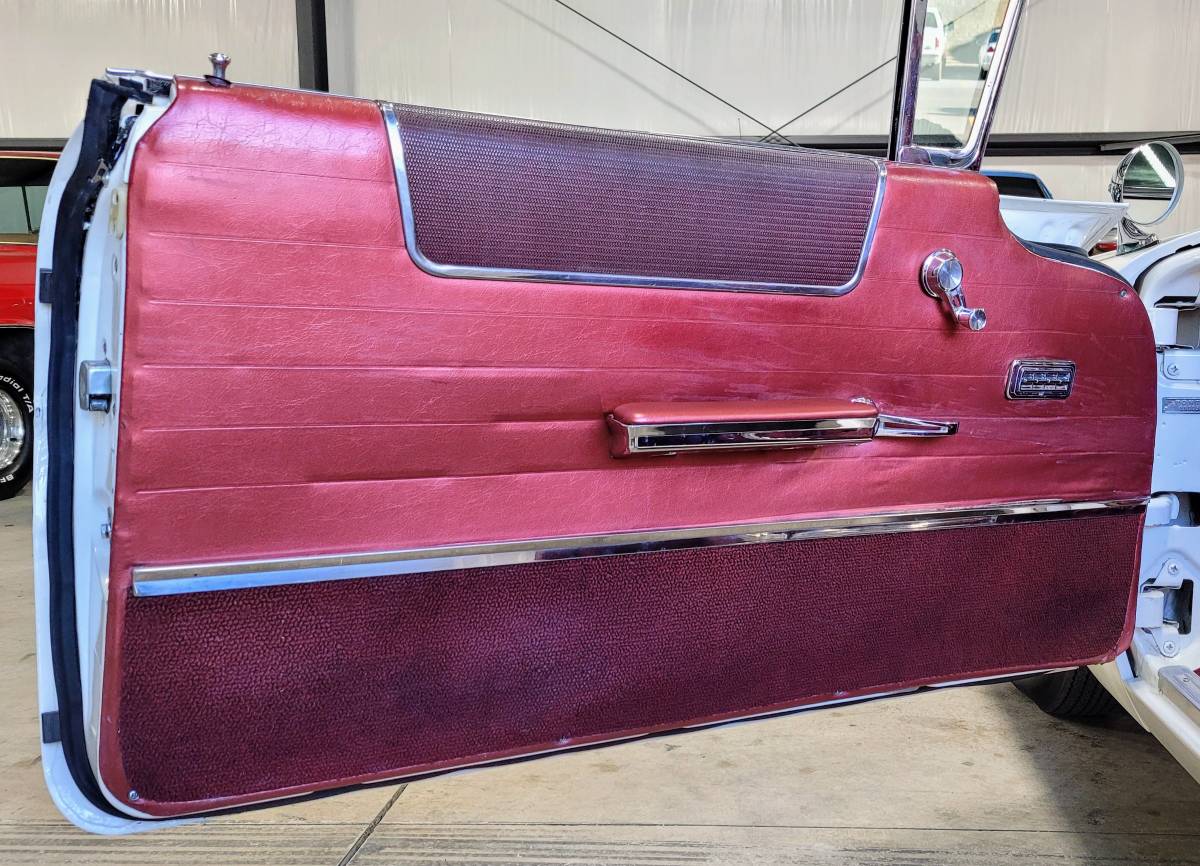 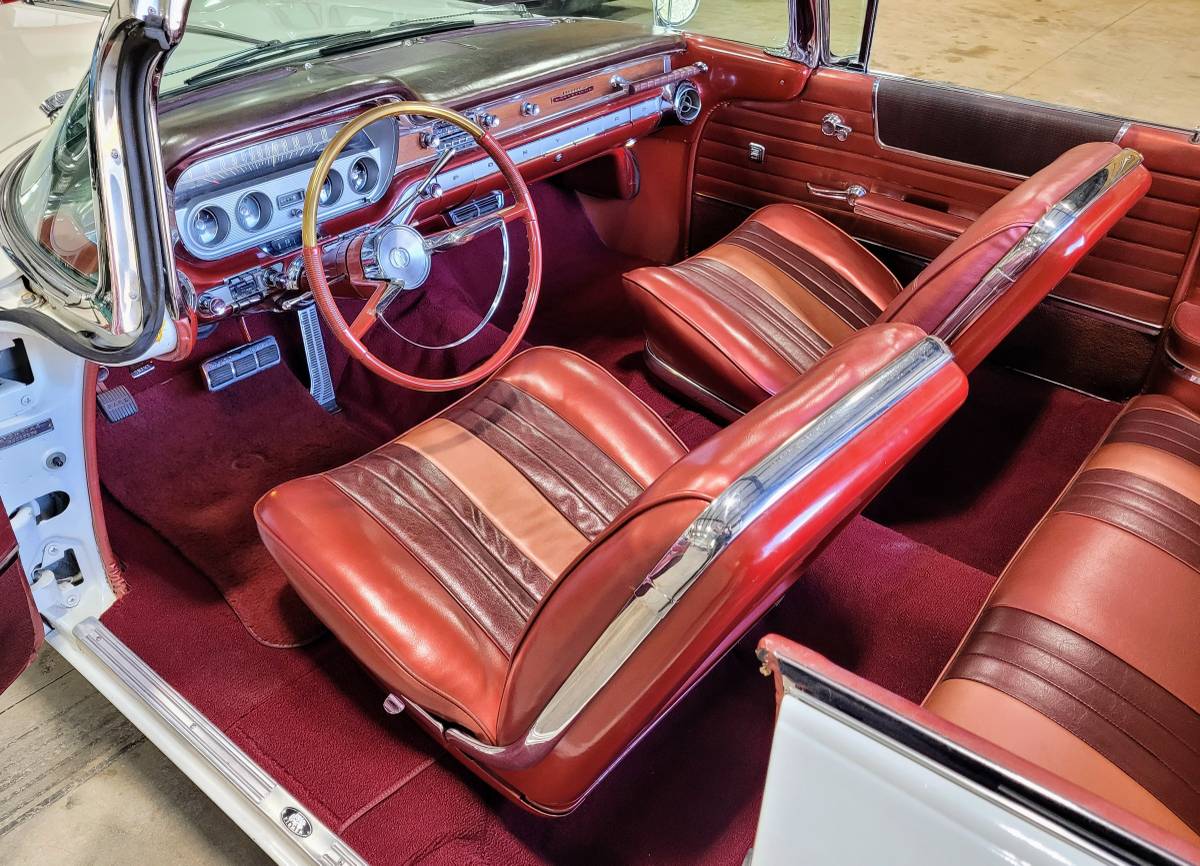 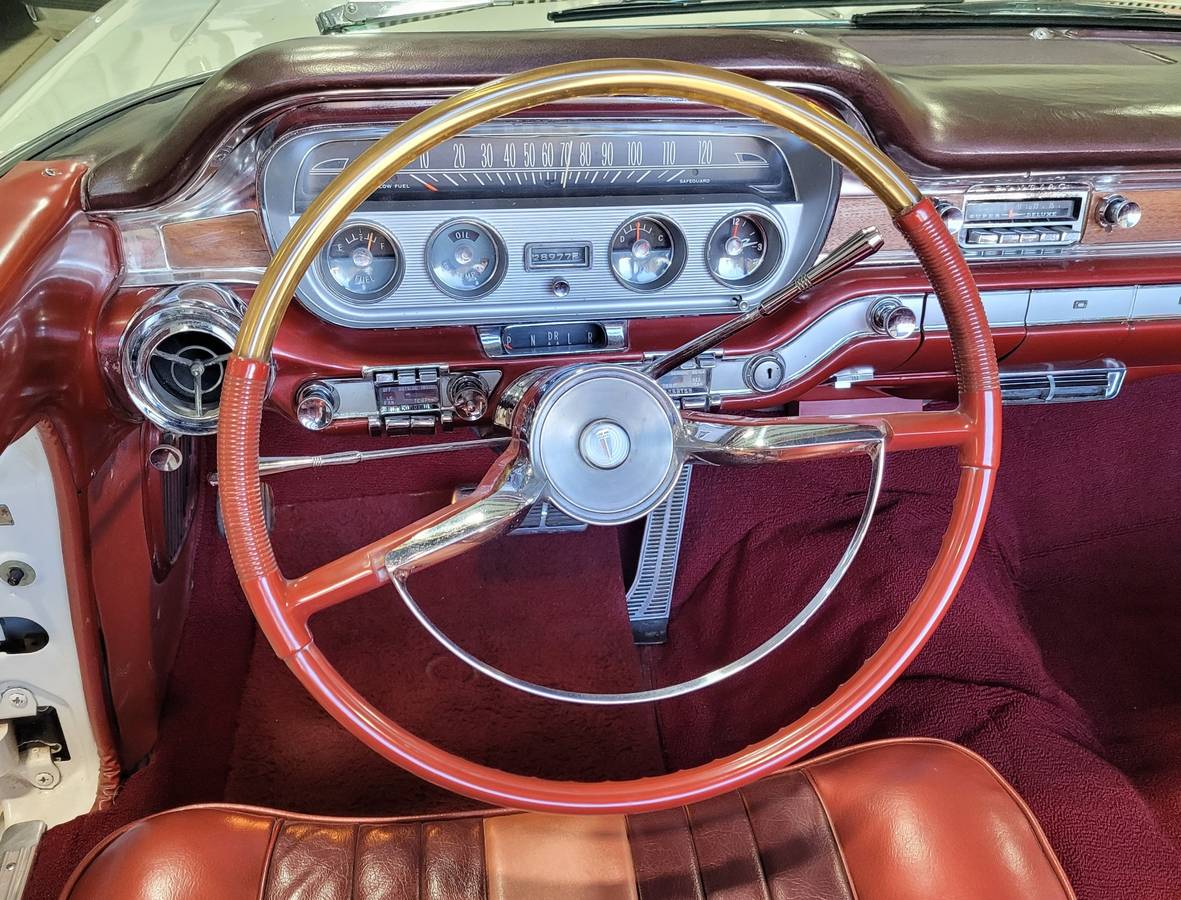 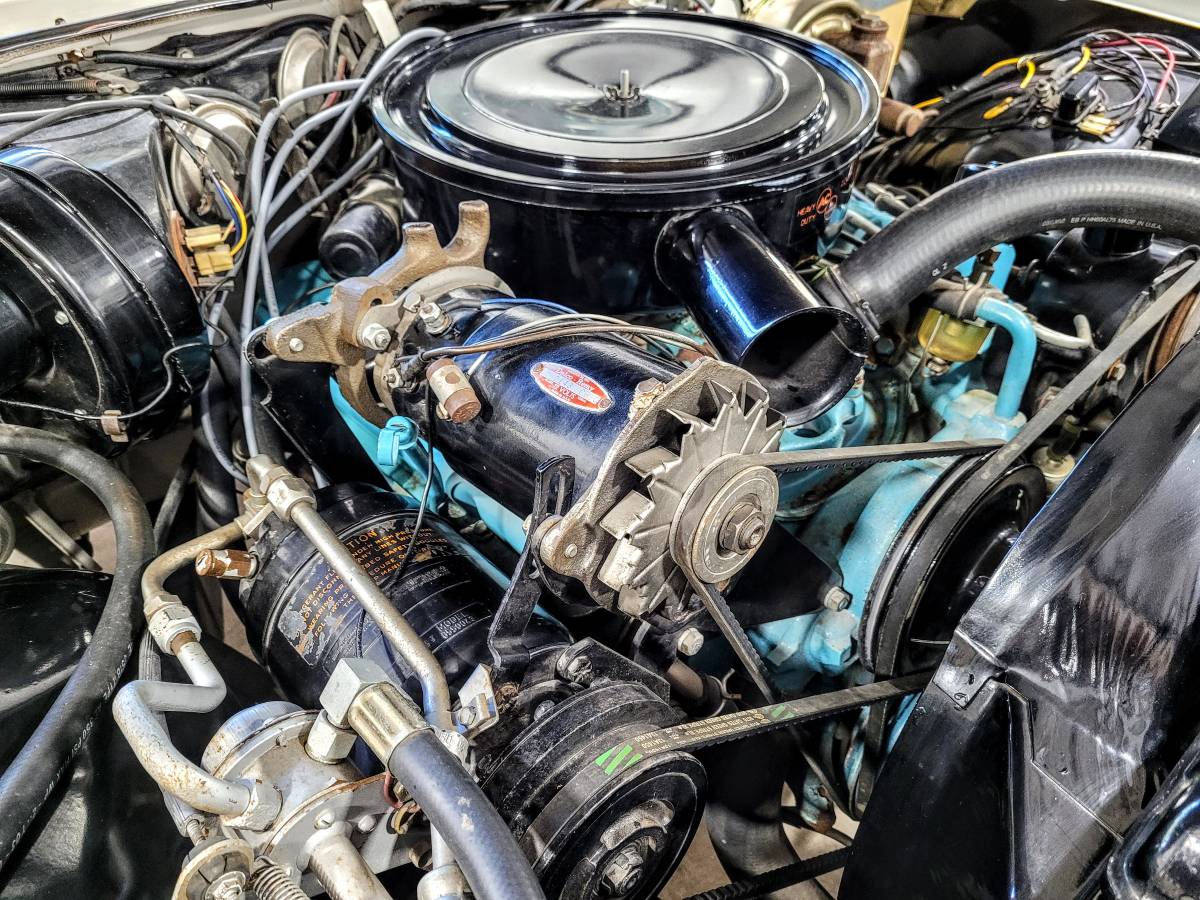 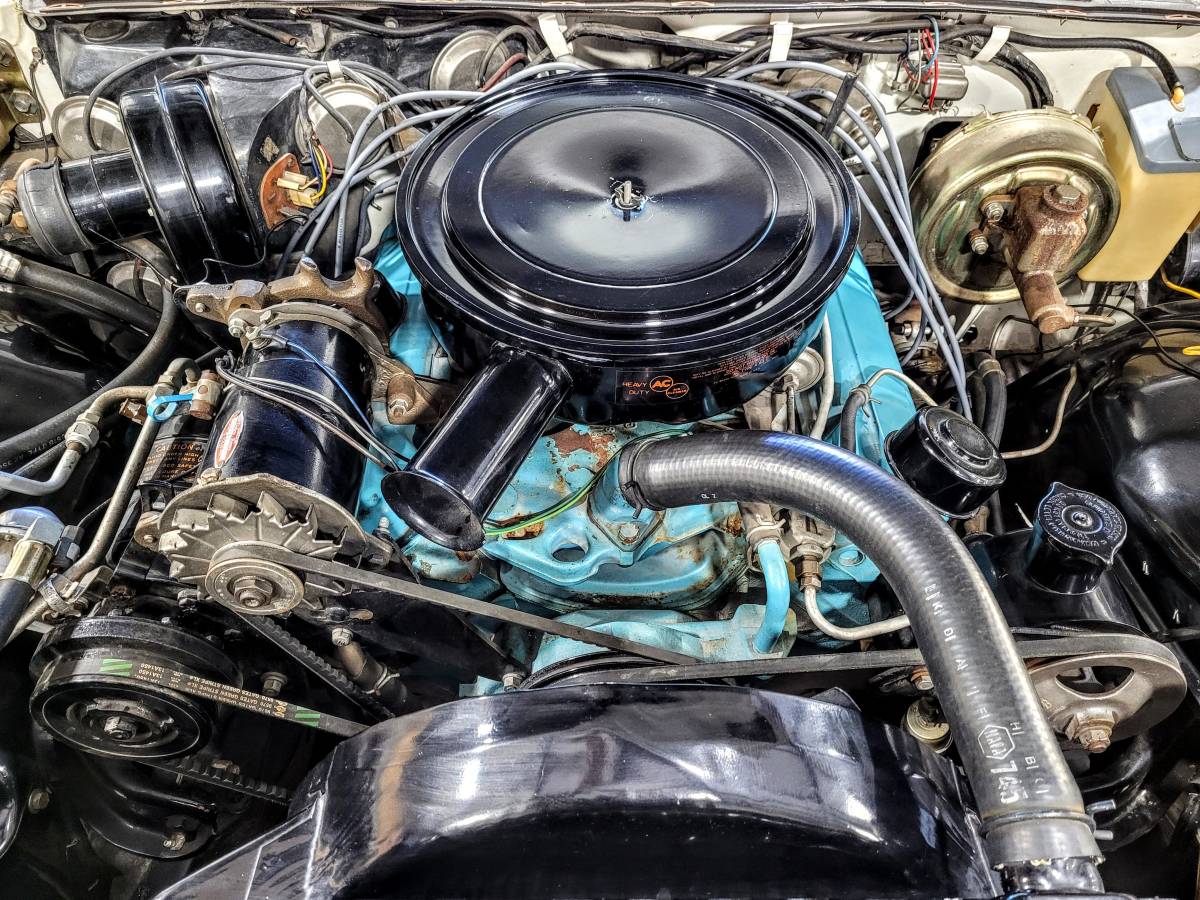 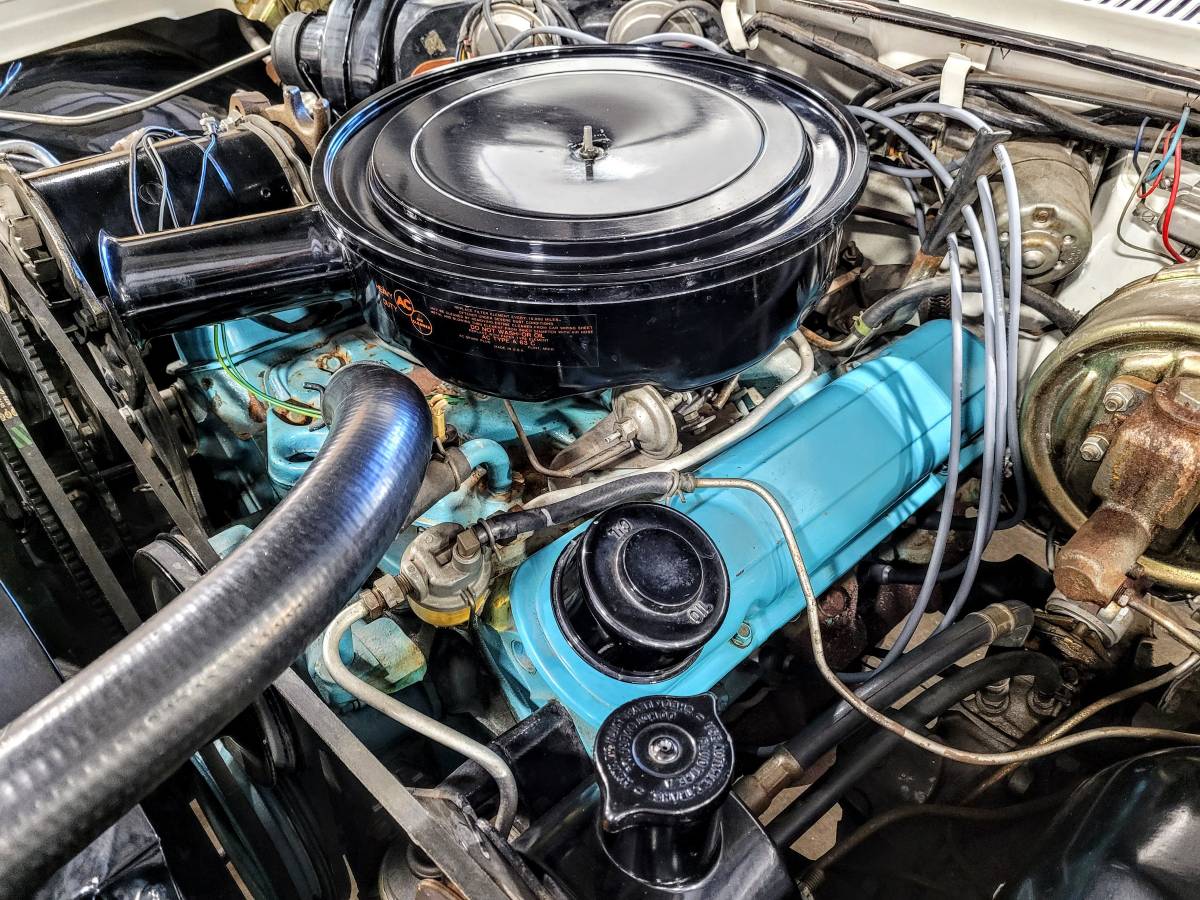 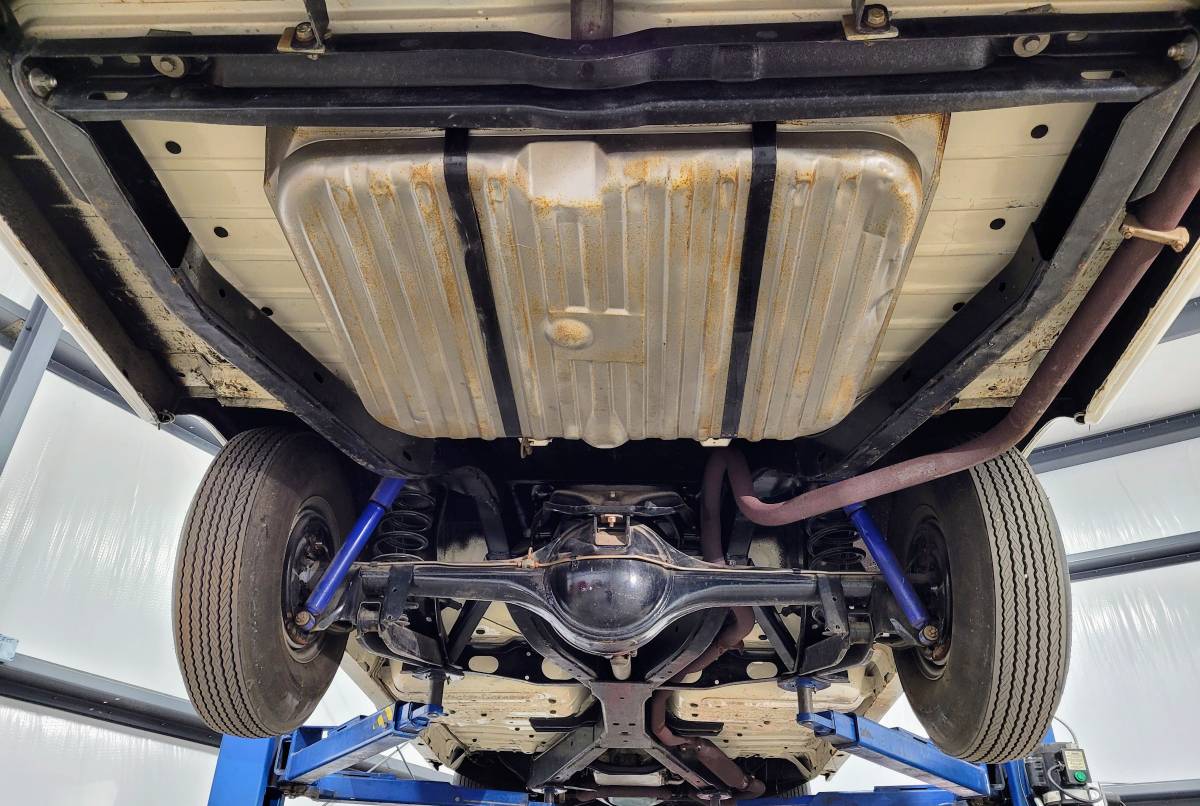 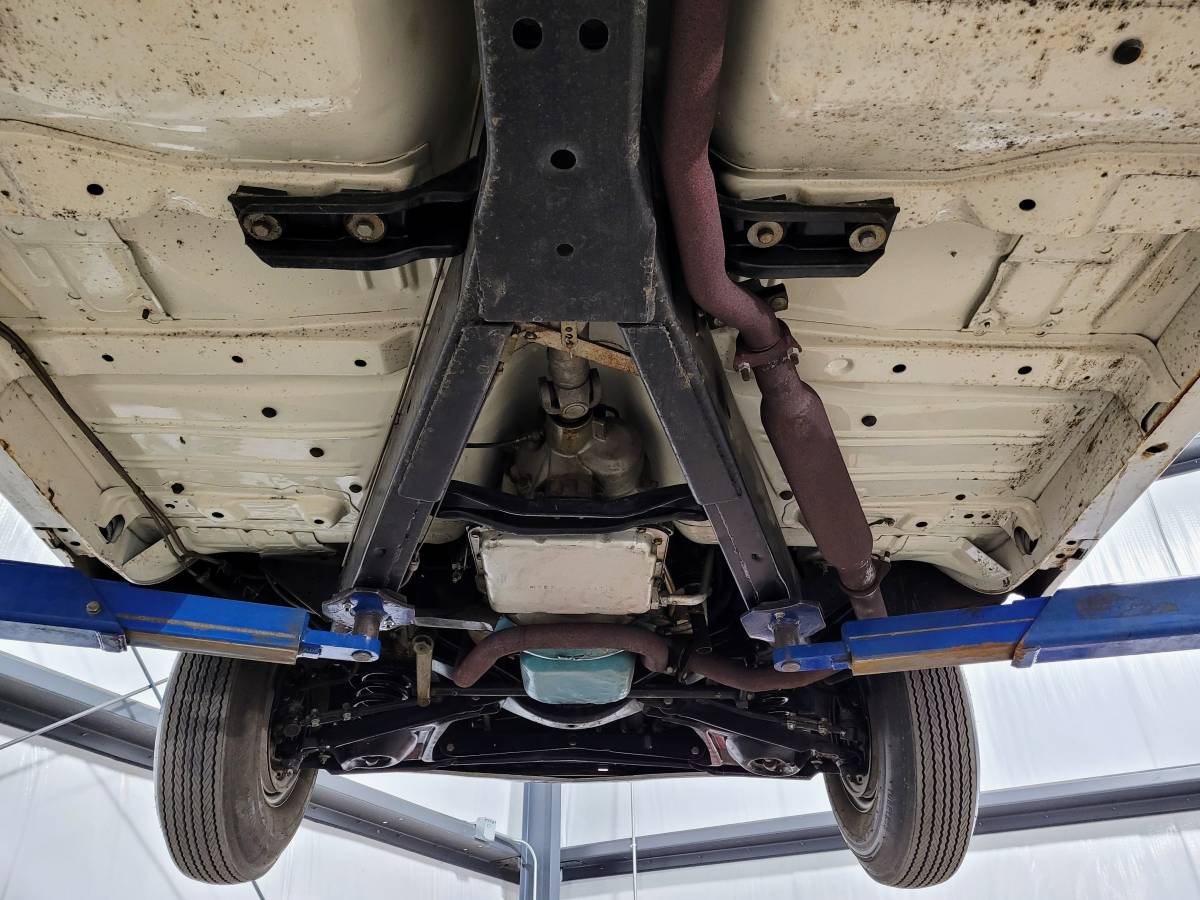 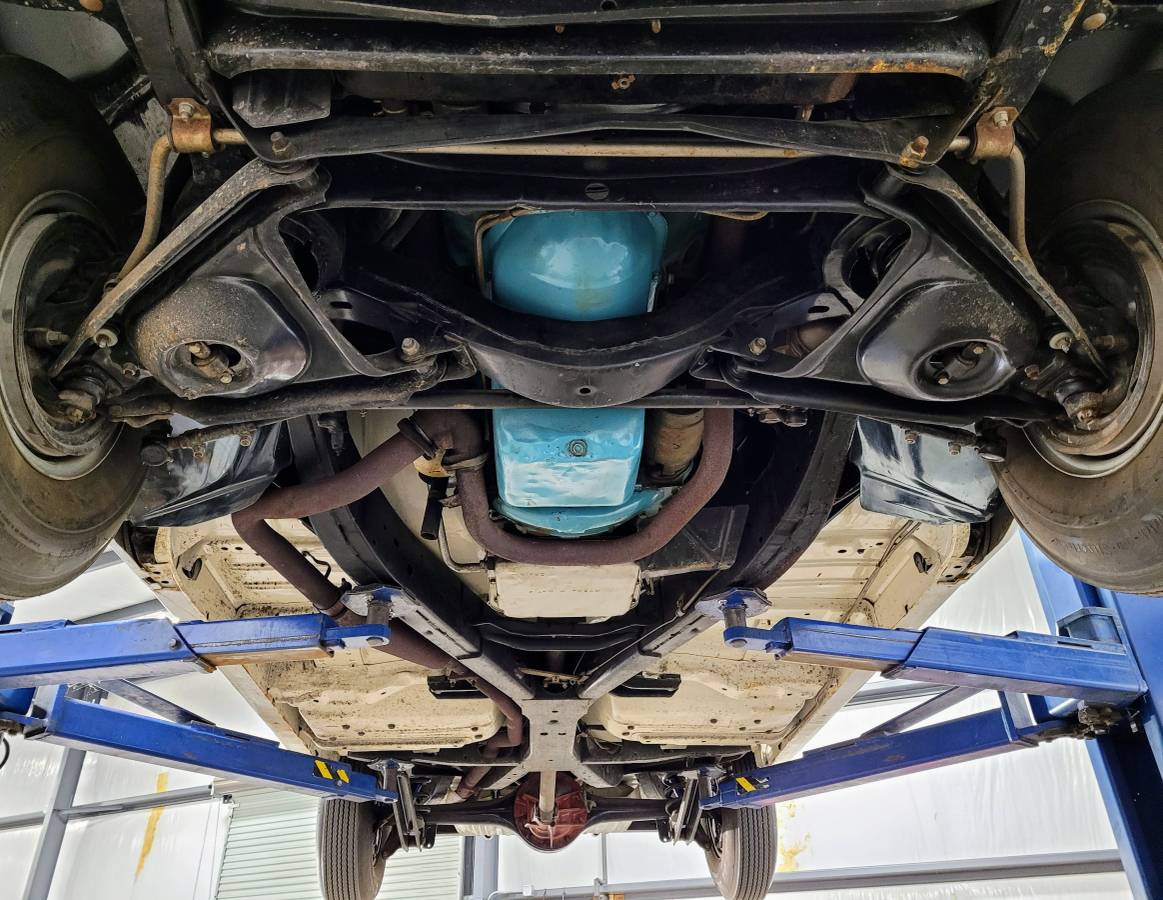 March 2, 2022 Update – Based on a tip from a friend of the site Mike G., we confirmed that not only did the seller try to save a fin by posting another car using the same Craigslist ad, but it also turns out he’s a classic car dealer.  Consequently, we’re removing this listing from our search results.

Unlike most other competitors, both external and within General Motors (“GM”), Pontiac was one of the first domestic automakers to eliminate tail fins for the 1960 model year.  By placing new twin round taillights on the top of the rear fenders, Pontiac stylists achieved the cleanest design within the GM brands that year. Throw in unique eight-lug aluminum wheels and a selection of tri-color “Morrokide” (Pontiac Marketing speak for Naugahyde vinyl) and it’s no wonder Pontiac’s “Wide Track” lineup became a popular choice for consumers coming out of the late 1950s recession. This 1960 Pontiac Bonneville originally listed in January 2022 on Craigslist in Cumming, Georgia (Atlanta) features the aforementioned options in addition to full power assists and factory air conditioning. The seller reports this car shows 29K undocumented miles and labels this Bonneville as having been “partially restored” where needed.

When Pontiac redesigned its full-size line-up for the 1959 model year, the GM division launched its famous “Wide-Track” marketing campaign by making Bonneville the highest trim level for the brand. Formerly just a two-door offering, for 1959 Bonneville became a full top-line series with the addition of the four-door hardtop sedan and Safari station wagon body styles. The Wide-Track slogan was not simply marketing fluff: Pontiac engineers pushed its cars’ wheels further out toward the fenders than anyone else and created what were considered to be the best-cornering full-size cars in the industry. A “Safe-T-Track” differential, used to minimize wheel spin, was an option beginning in 1959.

For 1960, all full-size Pontiacs received a minor facelifting of the ’59 bodyshell with a new full-width horizontal bar grille similar to the 1930s Cord 810/812 replacing 1959’s split grille (for this year only-the split grille returned in 1961) and round taillights. Bodystyles and drivetrain offerings were unchanged from 1959. New to the option list was a “Sportable Transistor” radio that could be used in the car in place of the regular “in-dash” radio or removed from the car for use as a portable with battery power. Also new for 1960 were the optional “eight-lug” aluminum wheels with integral brake drums that not only enhanced the car’s looks but also provided improved stopping power. Another popular option for performance enthusiasts was the “Safe-T-Track” limited-slip differential. In the suspension department, the front track was increased from the 59’s 63⅞” to 64″. In the engine compartment, the so-called “gusher type” cooling system (with cooling liquid entering the engine over the exhaust valves, reverse of what is more normally done) was replaced by the so-called “Equa-flow” type (with conventional V-8 cooling configuration). Turn signals were standard, while the A/C was $430 and a padded dash was $19.  Inside, a revised instrument panel featured a new horizontal sweep speedometer along with minor changes in trim patterns.

The extensive pictures including those showing the clean undercarriage combined with all of the desirable options make this 1960 Pontiac Bonneville convertible a great land yacht to consider if you have the room to fit it in your garage.  When you connect, please remember to mention you saw his Wide Track Pontiac featured here on GuysWithRides.com. Good luck with the purchase!

“This 1960 model has been partially restored but retains its original features. The drive train consists of the factory original 389ci V8 connected to a Super Hydramatic automatic trans. Factory options include a power convertible top, AC, power windows, power brakes, power steering, and the rare 8 lug aluminum wheels with wide white walls. The beautiful tri-color interior is in great condition with a new carpet kit. The paint & body are in excellent shape as well with no major flaws or imperfections. The undercarriage has been painted to match and appears to have no rust present at all. The car starts, runs, and drives with working lights & gauges. This turn-key classic is for sale now in GA.

Show or go: what would you do with this partially restored 1960 Pontaic Bonneville Convertible?  Comment below and let us know!