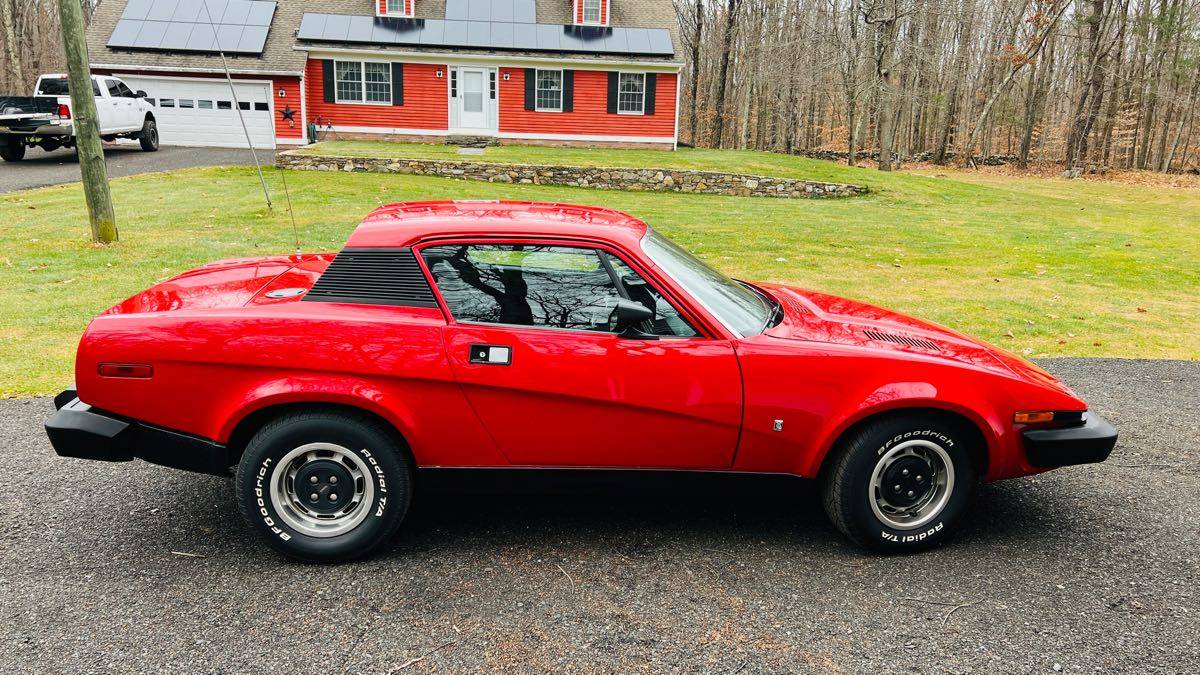 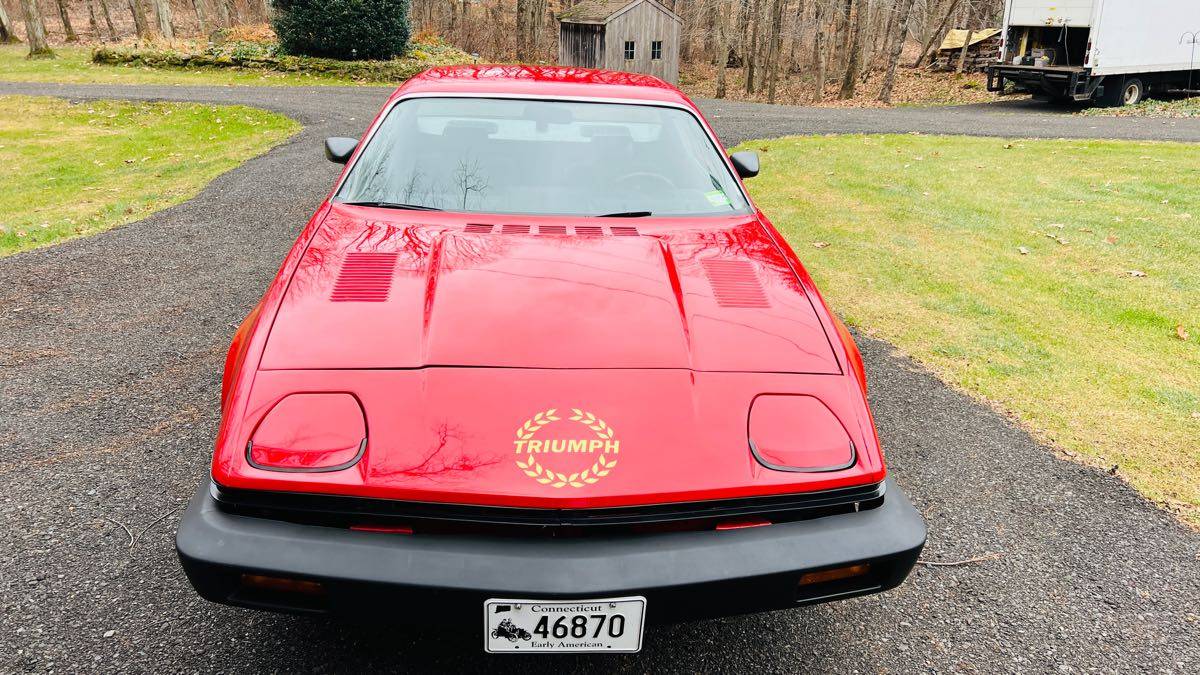 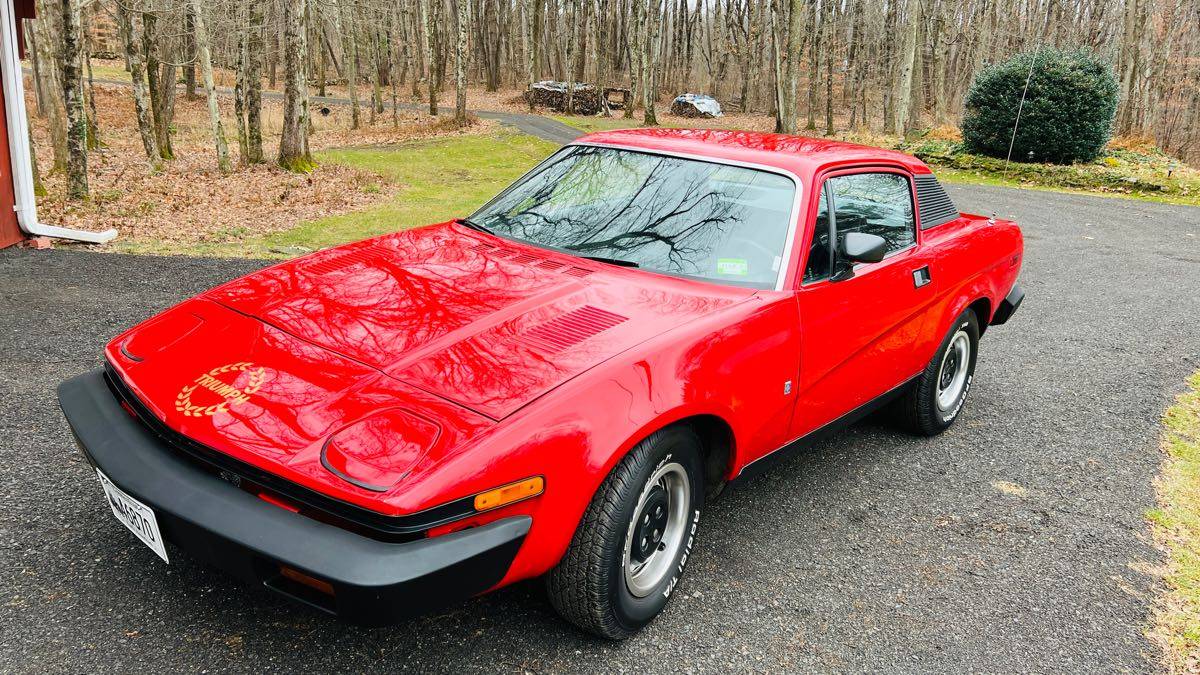 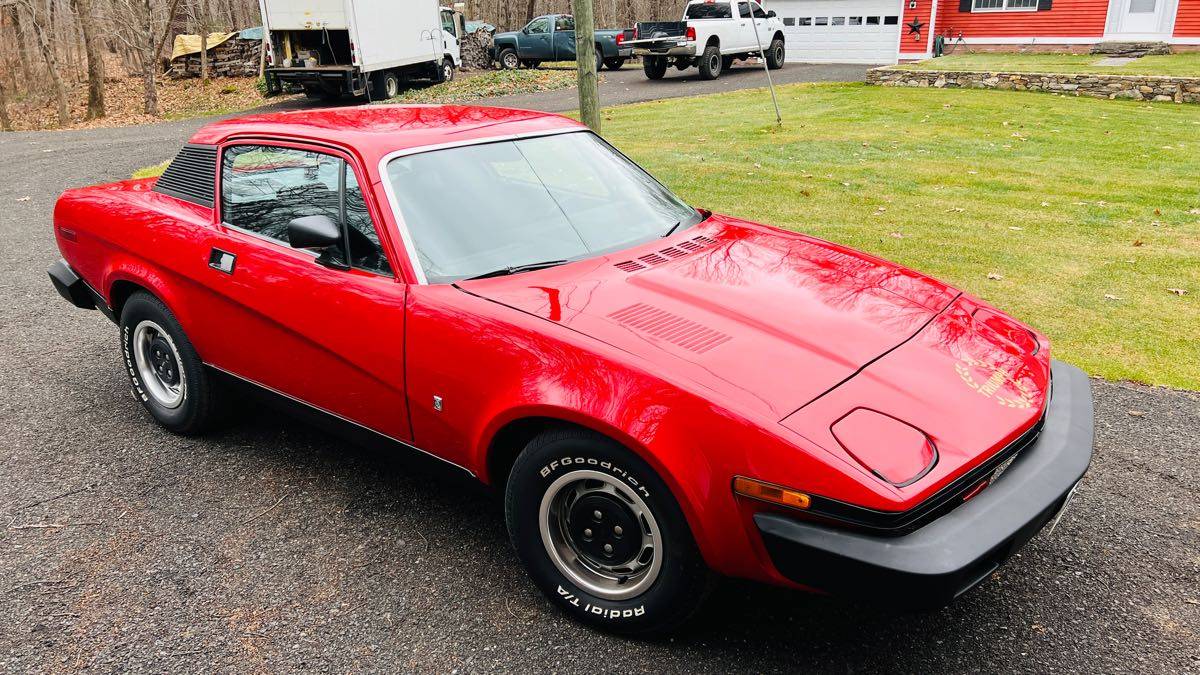 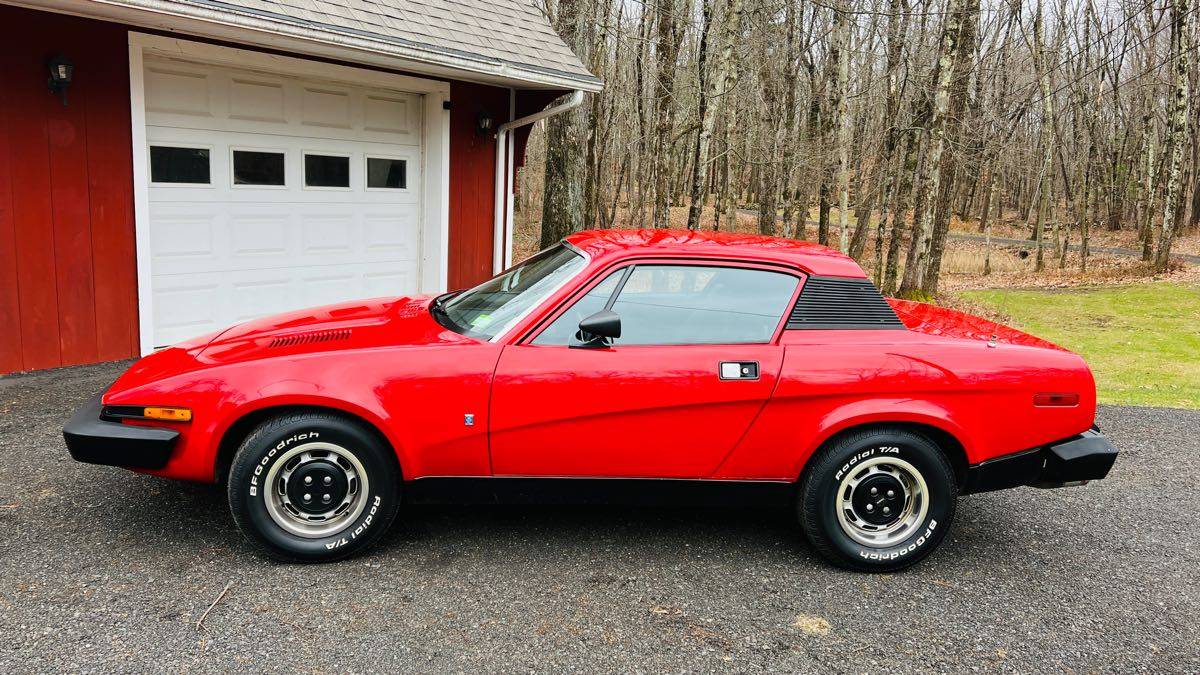 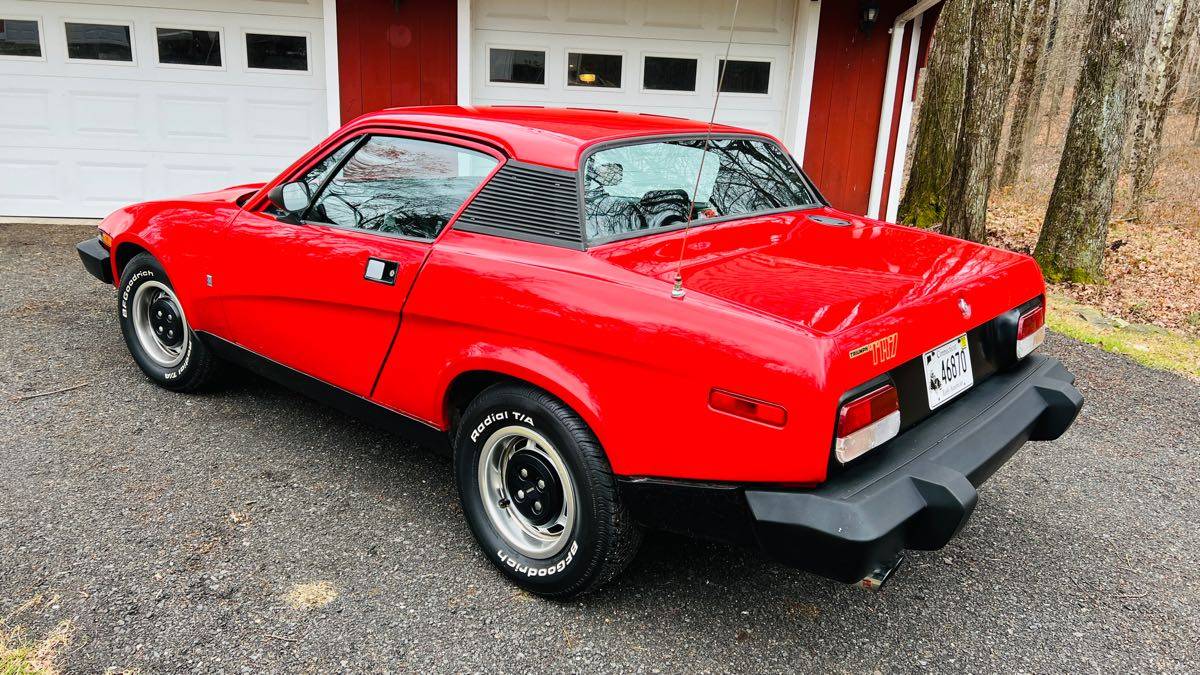 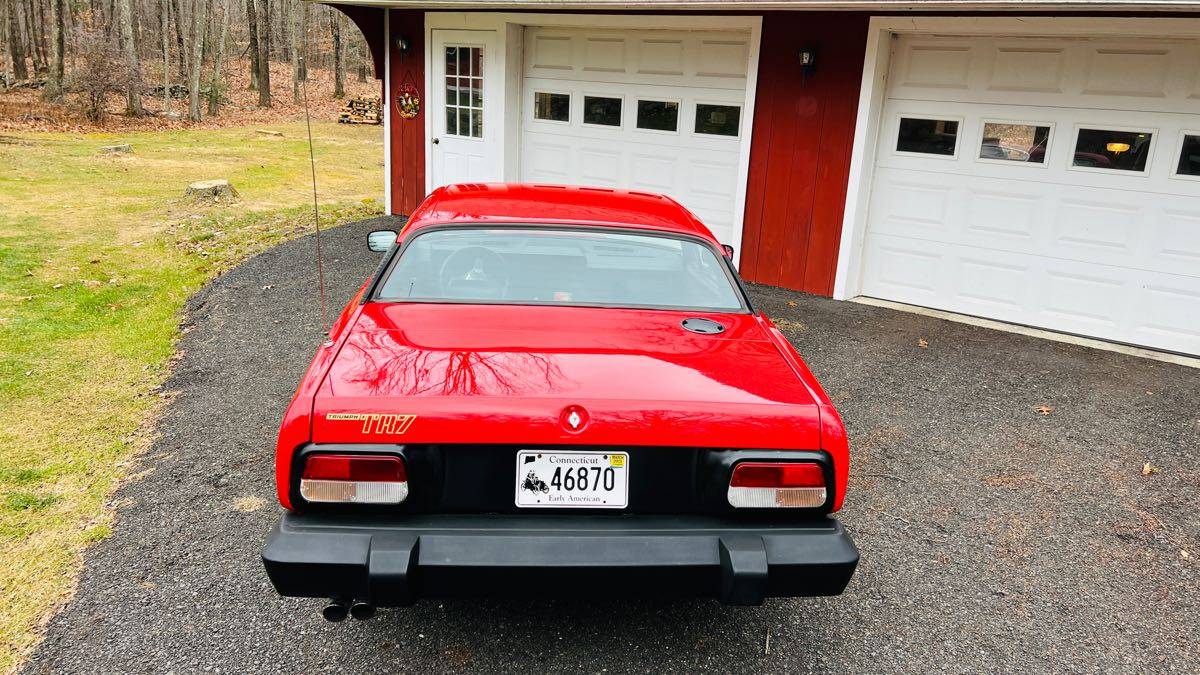 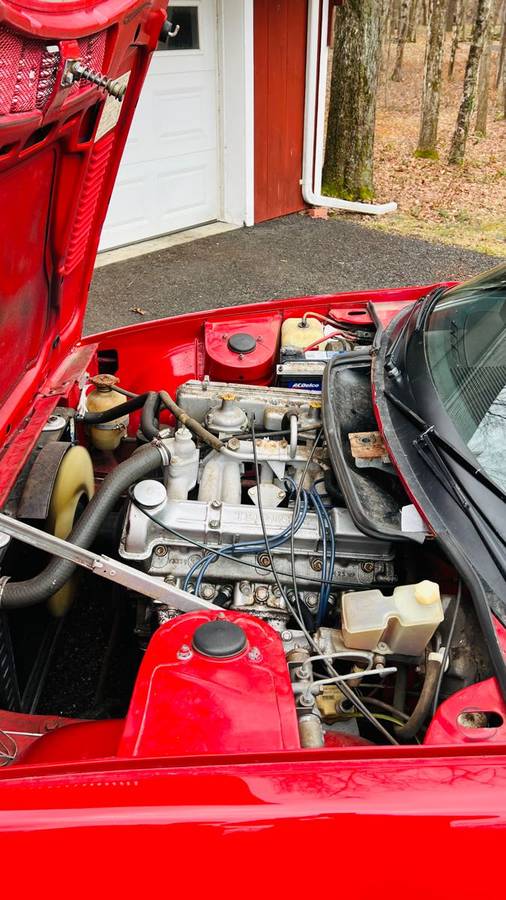 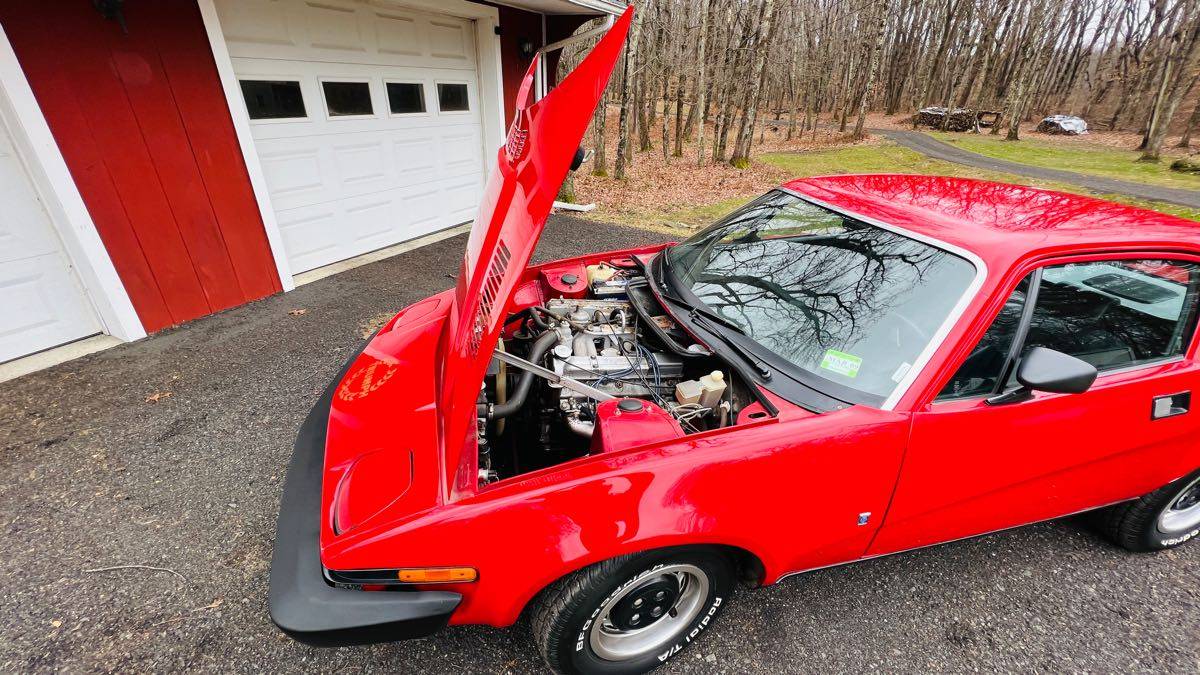 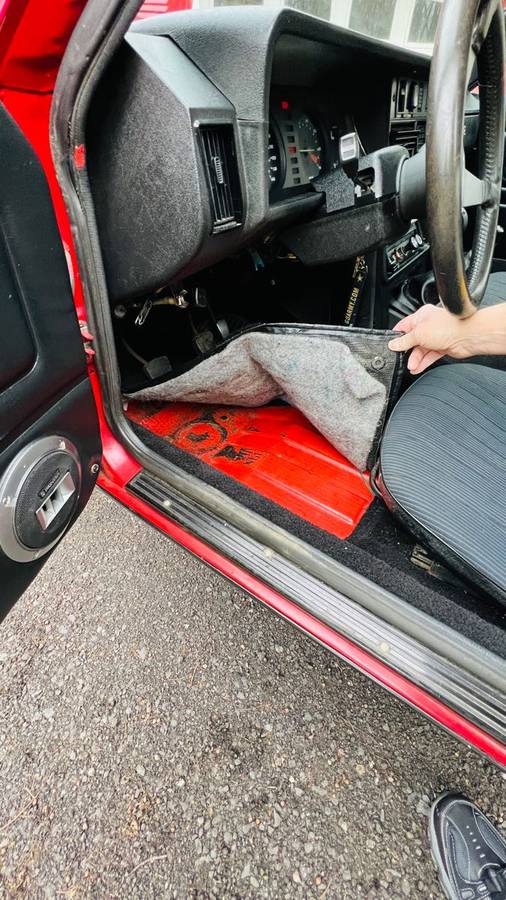 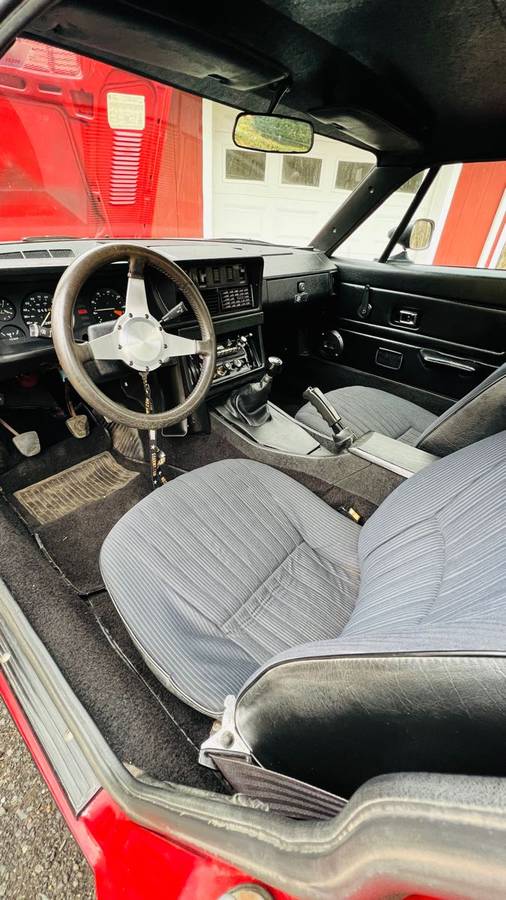 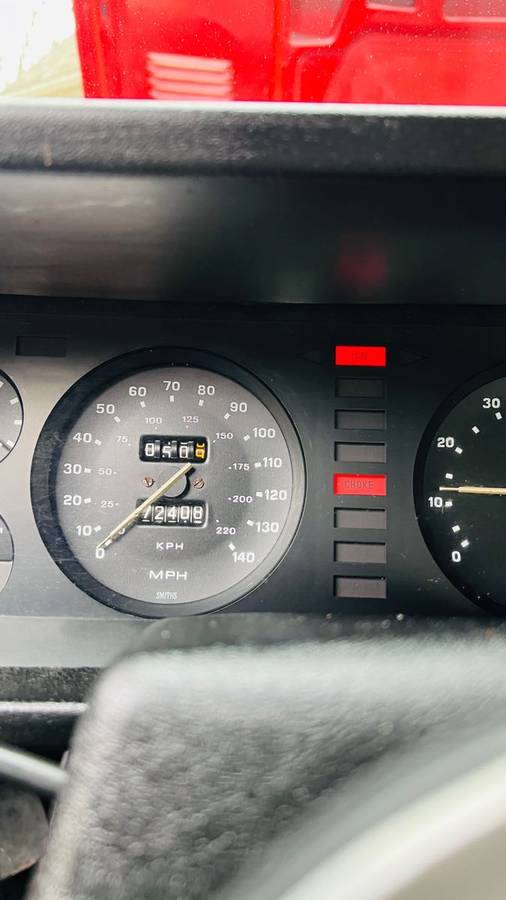 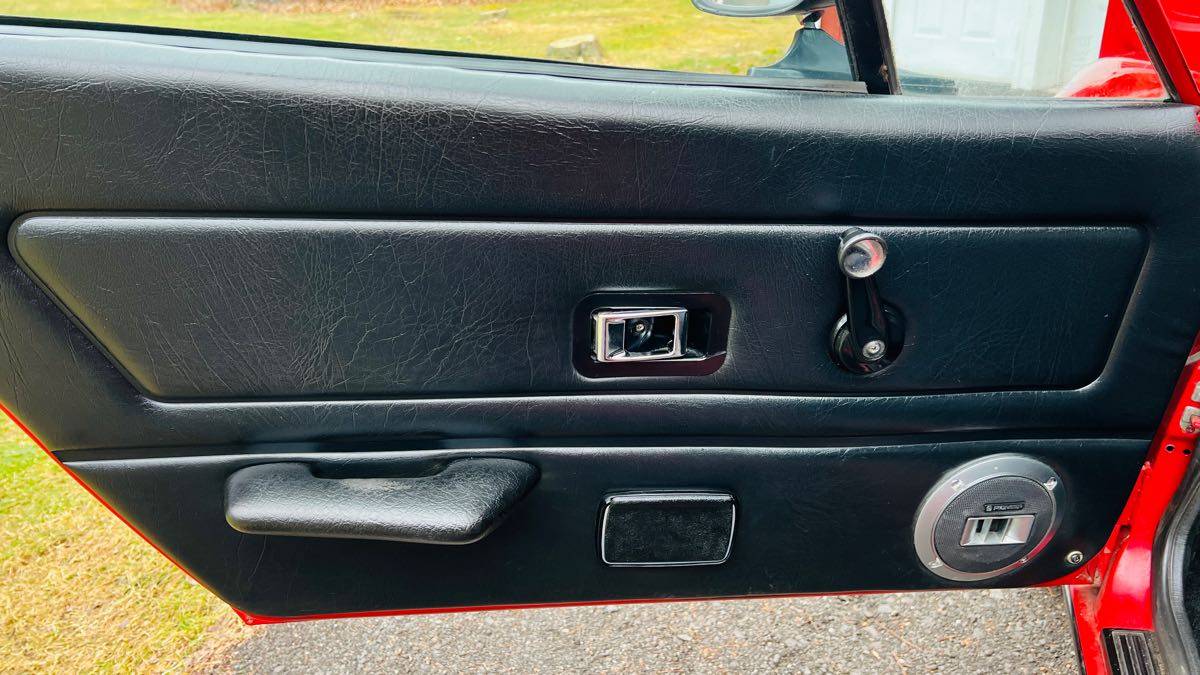 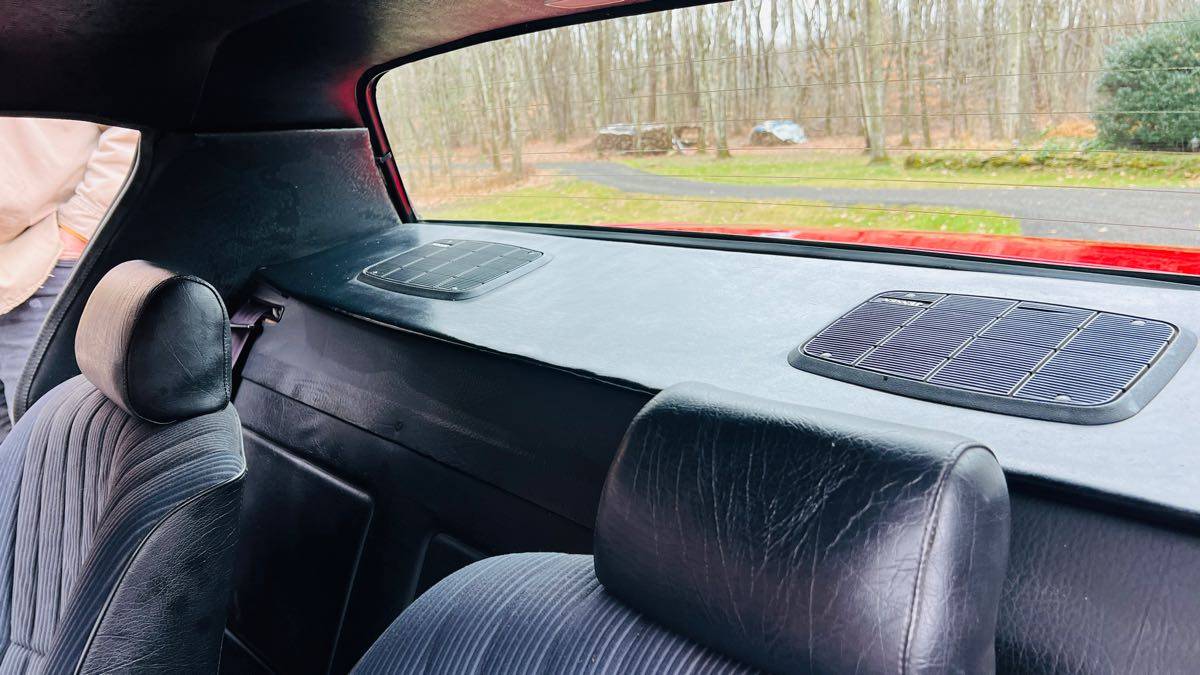 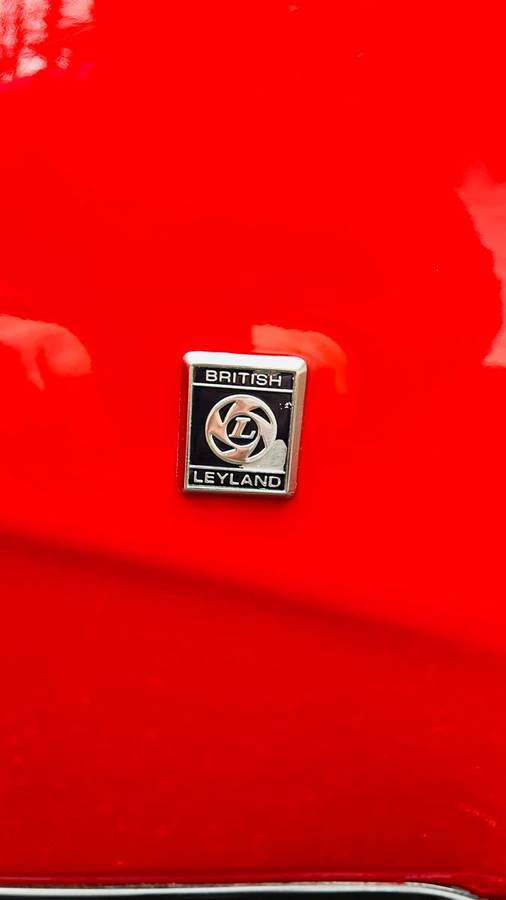 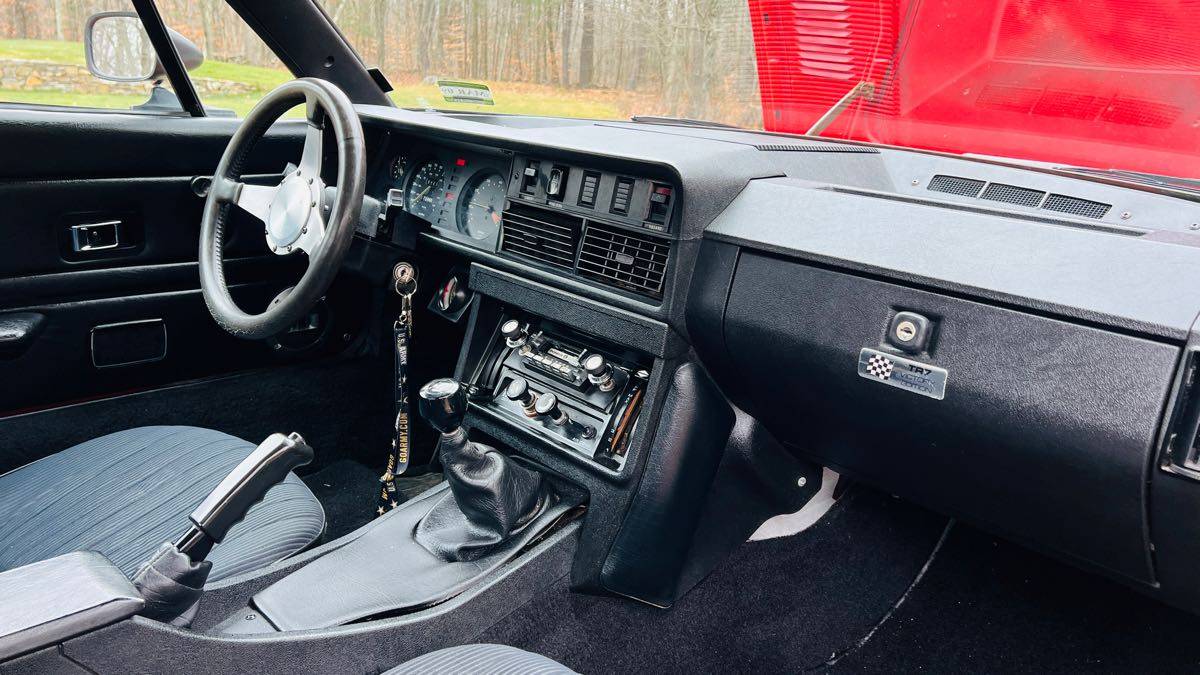 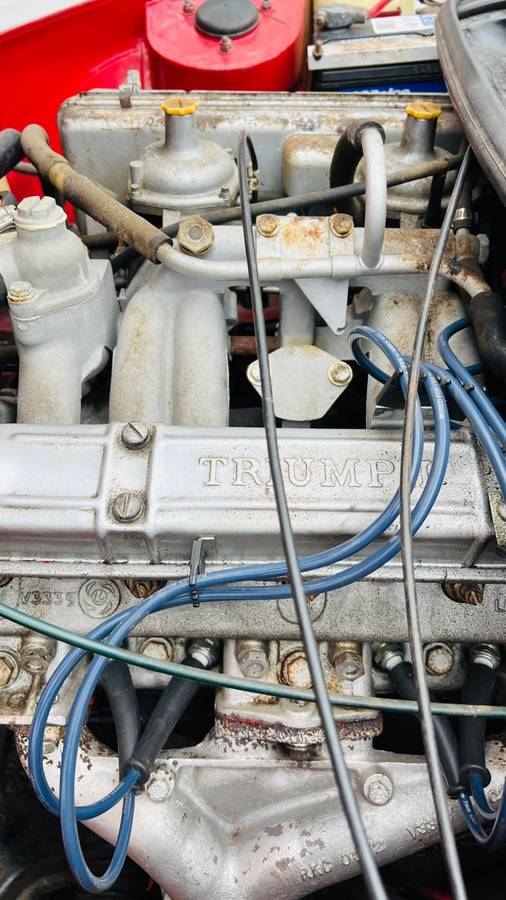 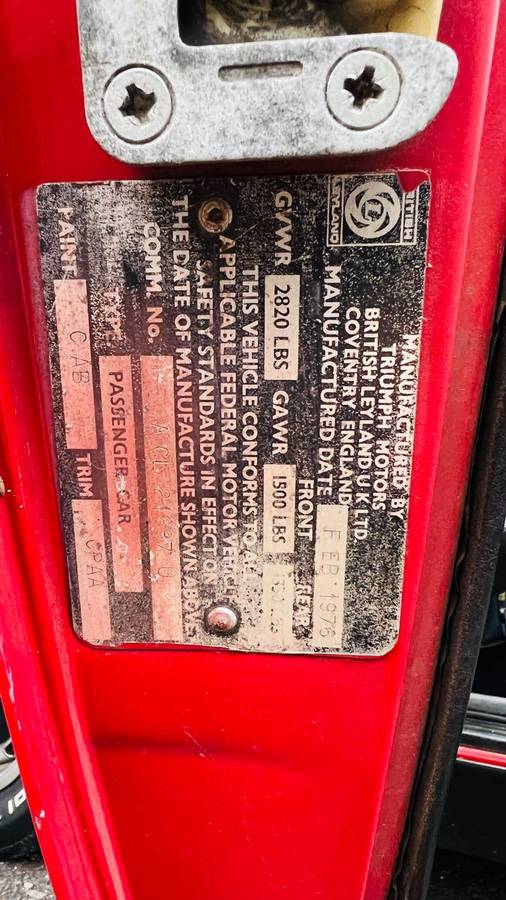 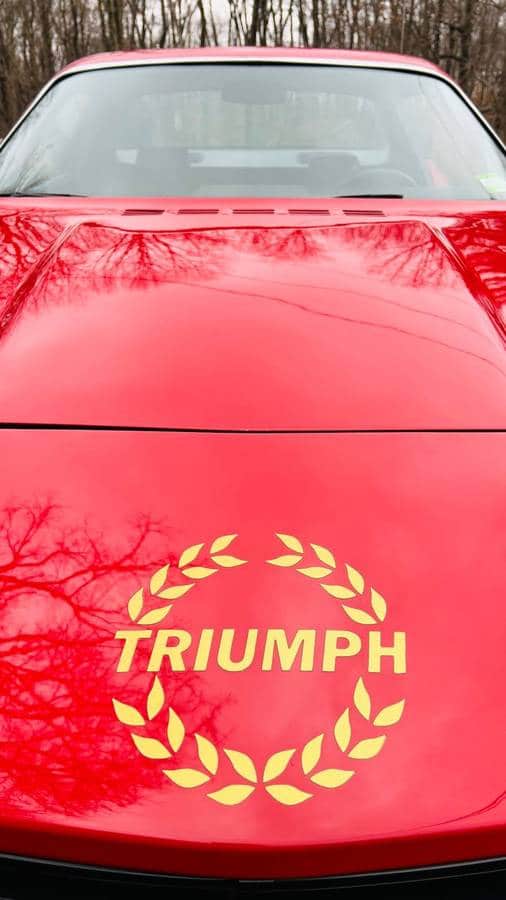 March 21, 2022 Update – While this “Classifind” expired recently, given the seller’s past history we suspect may not actually be sold yet.  For now, we’re labeling this ride “Sold?” However, we will keep an eye out for an updated listing. In the interim, please reach out either by email or call Rudy directly if you’d like to be informed when we come across something similar.

February 16, 2022 Update – After a brief pause following the expiration of their previous listing, the seller of this ’76 Triumph TR7 we first featured in December of last year just lowered their asking price from $8,500 to $7,500.

January 23, 2022 Update – We just confirmed the listing for this “Classifind” expired, so with no replacement found we’re assuming this ride “Sold?” until we come across a replacement listing.

Following the end of World War II, Great Britain’s sports car industry set out to help rebuild the war-torn economy by exporting just about every sports car it could to the United States.  That philosophy continued through the middle 1970s when Triumph launched its new TR7 in the U.S. one year ahead of Great Britain.  Not only did it launch here one year earlier, but only the fixed head coupe version was also initially available as British Leyland anticipated U.S. regulations would outlaw convertible versions.  Given the overabundant quality-control problems and the lack of a convertible top, it’s rare to come across an early TR7 as nice as this red over back example originally listed in December 2021 on Craigslist in Bethlehem, Connecticut (Waterbury) that is a multiple show award winner.

Currently offered at $8,500 (the original ask was $9,500), comparing that price against the Collector Car Market Review Online Tool confirms the seller’s asking price is $1,500 less than this guide’s #1 “Excellent” appraisal of $10,000.

Suffering under the inept management of the Rover-Triumph Division o British Leyland, Triumph produced its wedge-shaped TR7 sports car for model years 1975 through 1981. Initially produced at the Speke, Liverpool, factory, continued strikes and resulting quality control problems forced the company to move production moving to Canley, Coventry, in 1978 and then finally to the Rover Solihull plant in 1980. The car was launched in the United States in January 1975, with its UK home market debut in May 1976. The UK launch was delayed at least twice because of high demand for the vehicle in the US, with final sales of new TR7s continuing into 1982.

The car, characterized by its “wedge” shape and by a swage line sweeping down from the rear wing to just behind the front wheel, was commonly advertised as: “the shape of things to come”. The design was penned by Harris Mann who also designed the wedge-shaped Princess. The coupé weighed only 2,205 pounds (1,000 kg). During development, the TR7 was referred to by the code name “Bullet”. The original full-size model wore MG logos because it was styled at Longbridge, which was not a Triumph factory.

Power is provided by a 1,998 cc eight-valve four-cylinder engine that shares the same basic design as the Triumph Dolomite 1850 engine, albeit increased to 2 liters and fitted with larger carburetors, mounted in-line at the front of the car. Power was an anemic 105 horsepower at 5,500 rpm, with maximum torque only 119 foot-pounds at 3,500 rpm. Drive is to the rear wheels via a four-speed gearbox initially, with an optional five-speed manual gearbox and a three-speed automatic available from 1976. The front independent suspension uses coil spring and damper struts and a lower single link at the front, and at the rear is a four-link system, again with coil springs. There are front and rear anti-roll bars, with disc brakes at the front and drums at the rear.

We found a link to the original 1975 Triumph TR7 commercial used when the car launched in the U.S.:

We agree with the seller’s assessment that it’s rare to find an early example of the TR7 coupe in such nice condition.

“I am selling my 1976 Triumph TR7. This car runs great and is mechanically solid. The paint is beautiful with no rot or rust. The car has won several 1st place awards at every car show it has entered over the years. It is rare to find a TR7 in this condition and would be a great addition to anyone’s classic car collection.”

Show or go: what would you do with this 1976 Triumph TR7?  Comment below and let us know!