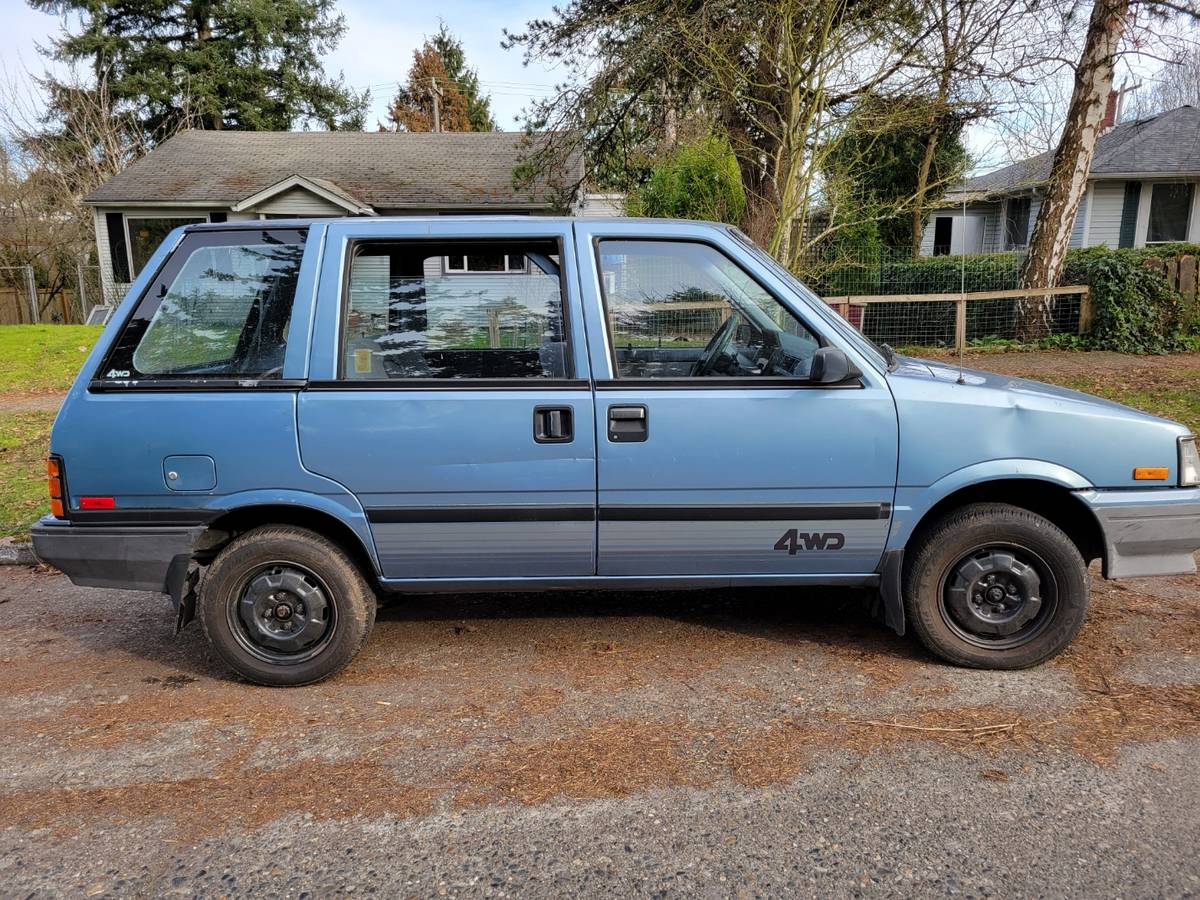 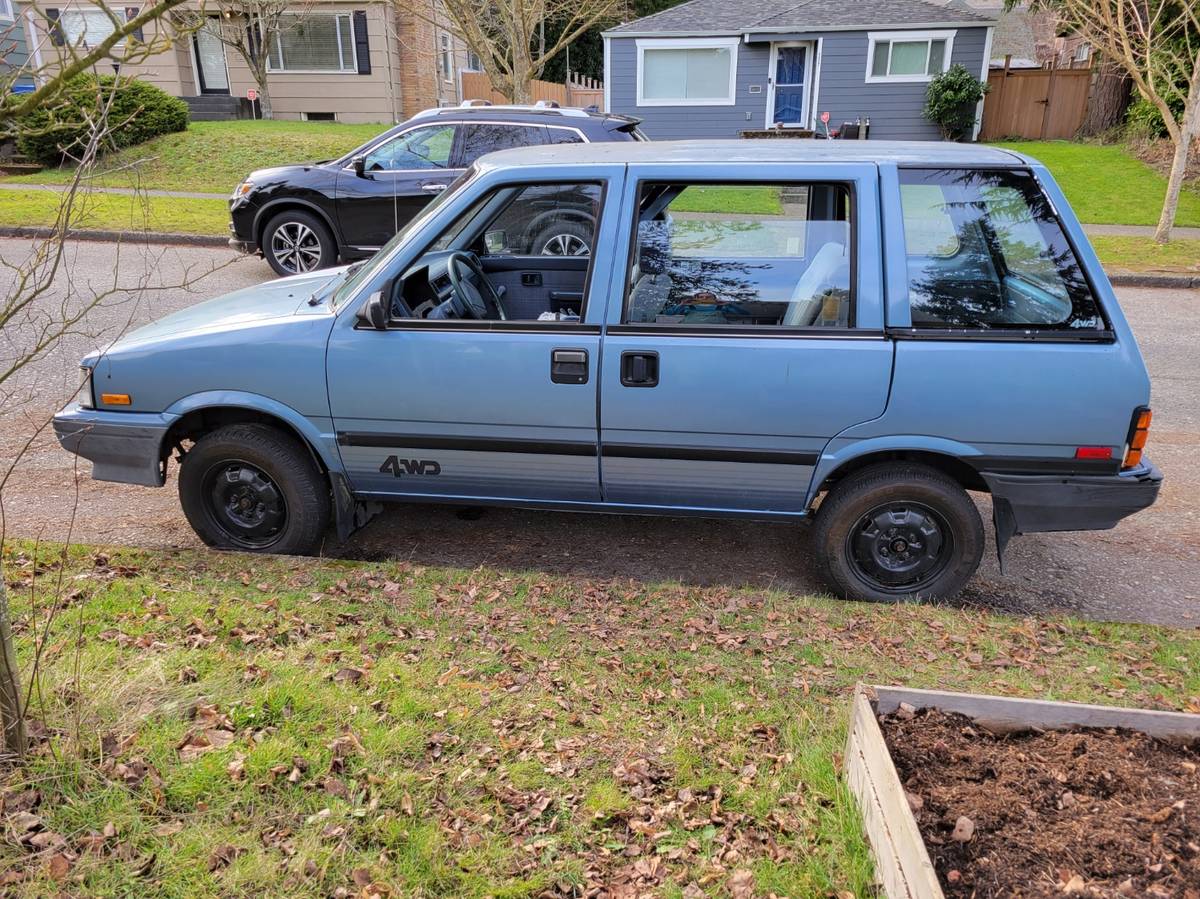 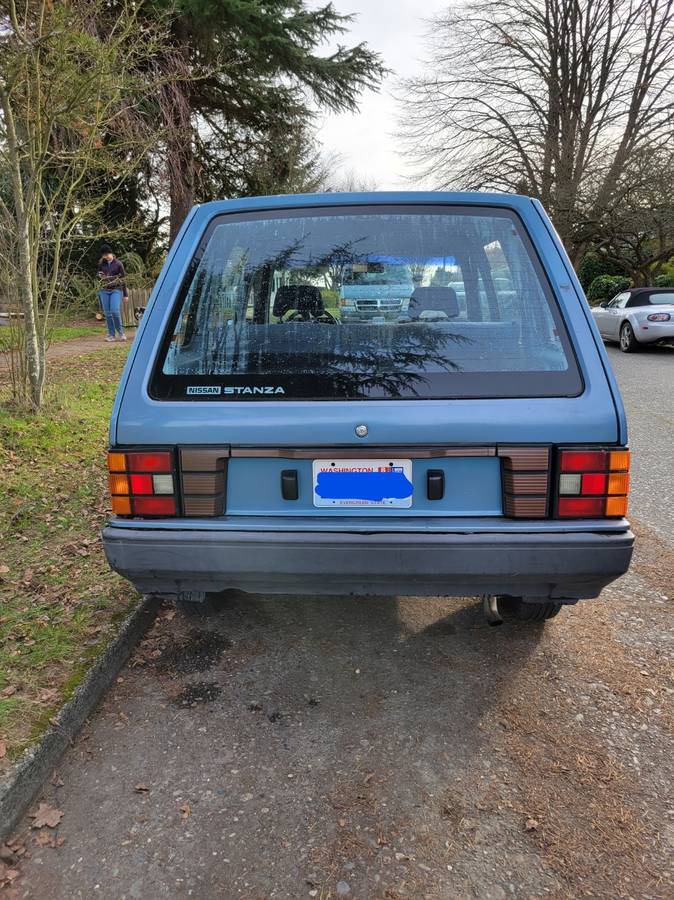 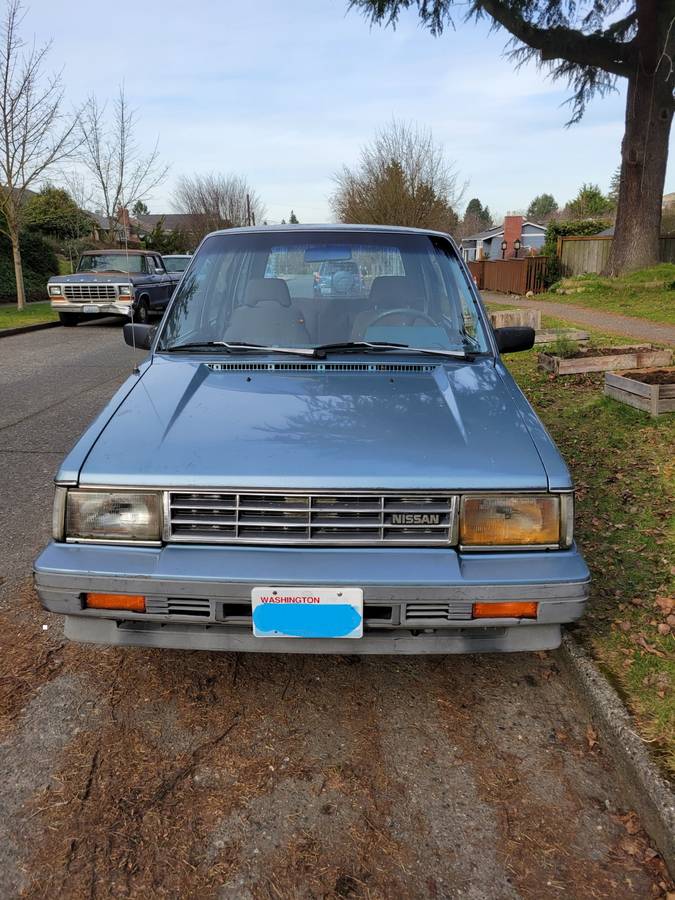 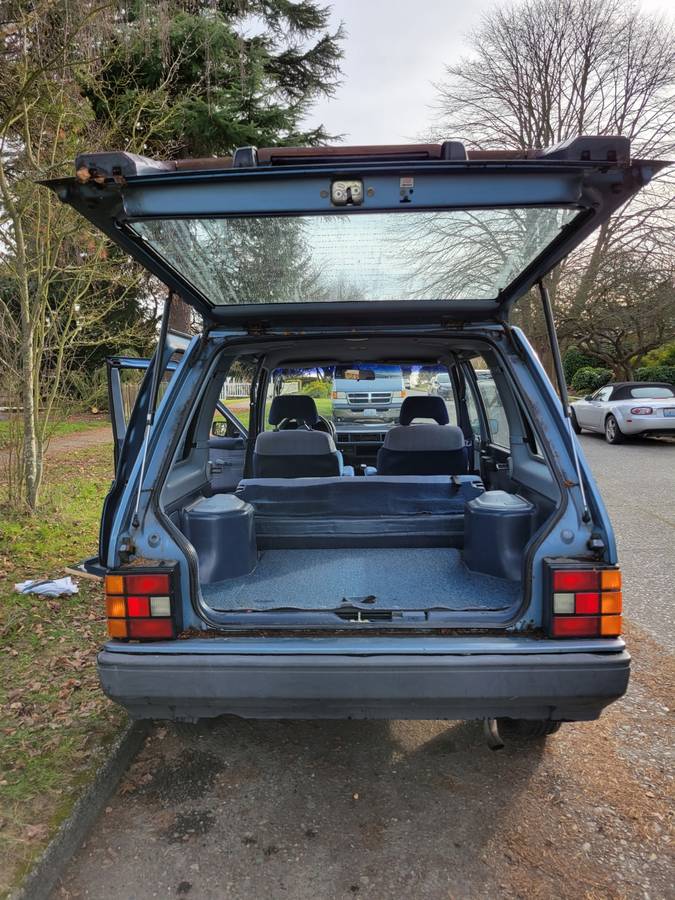 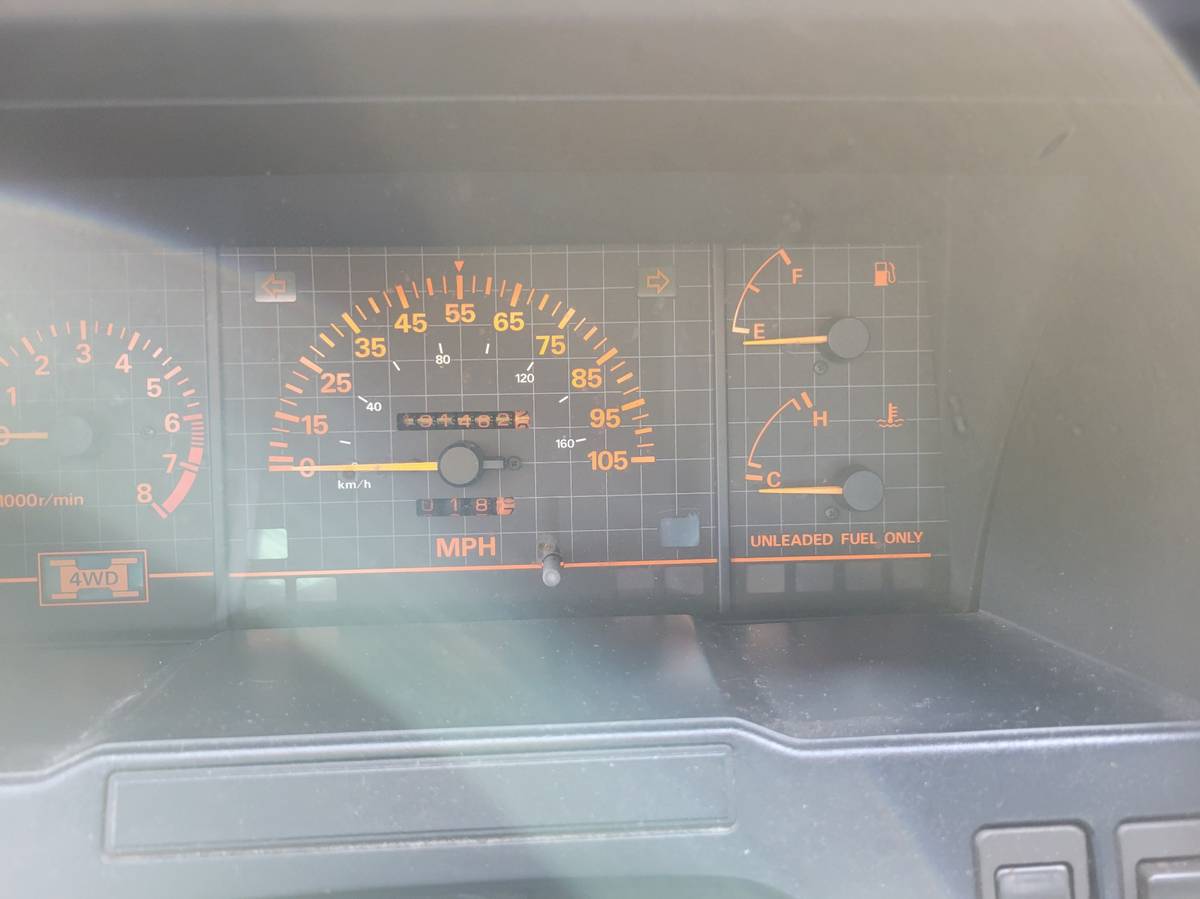 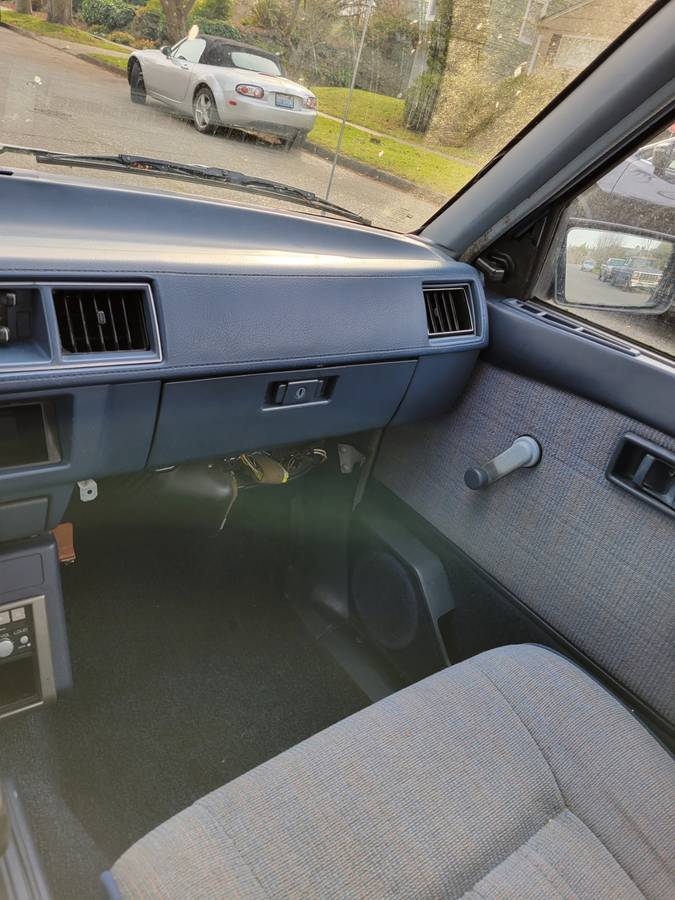 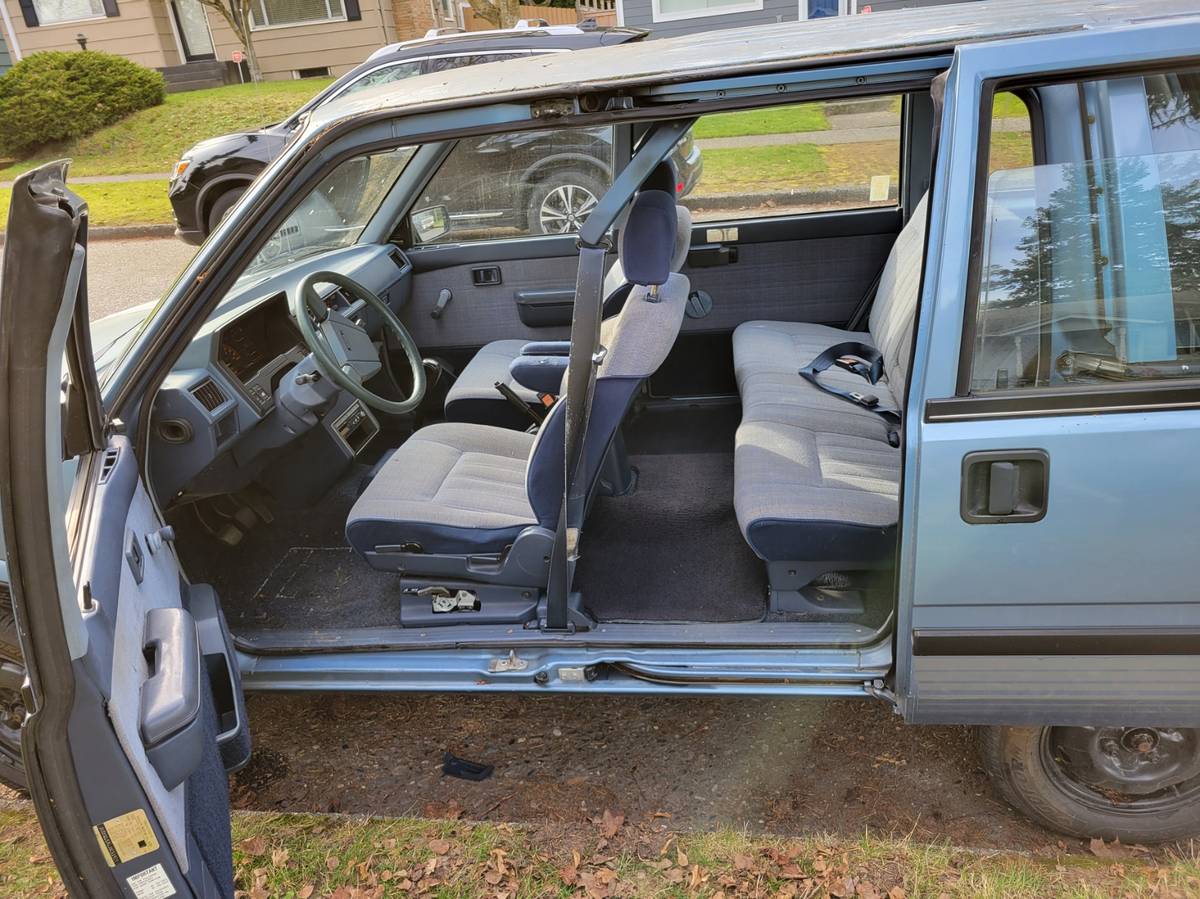 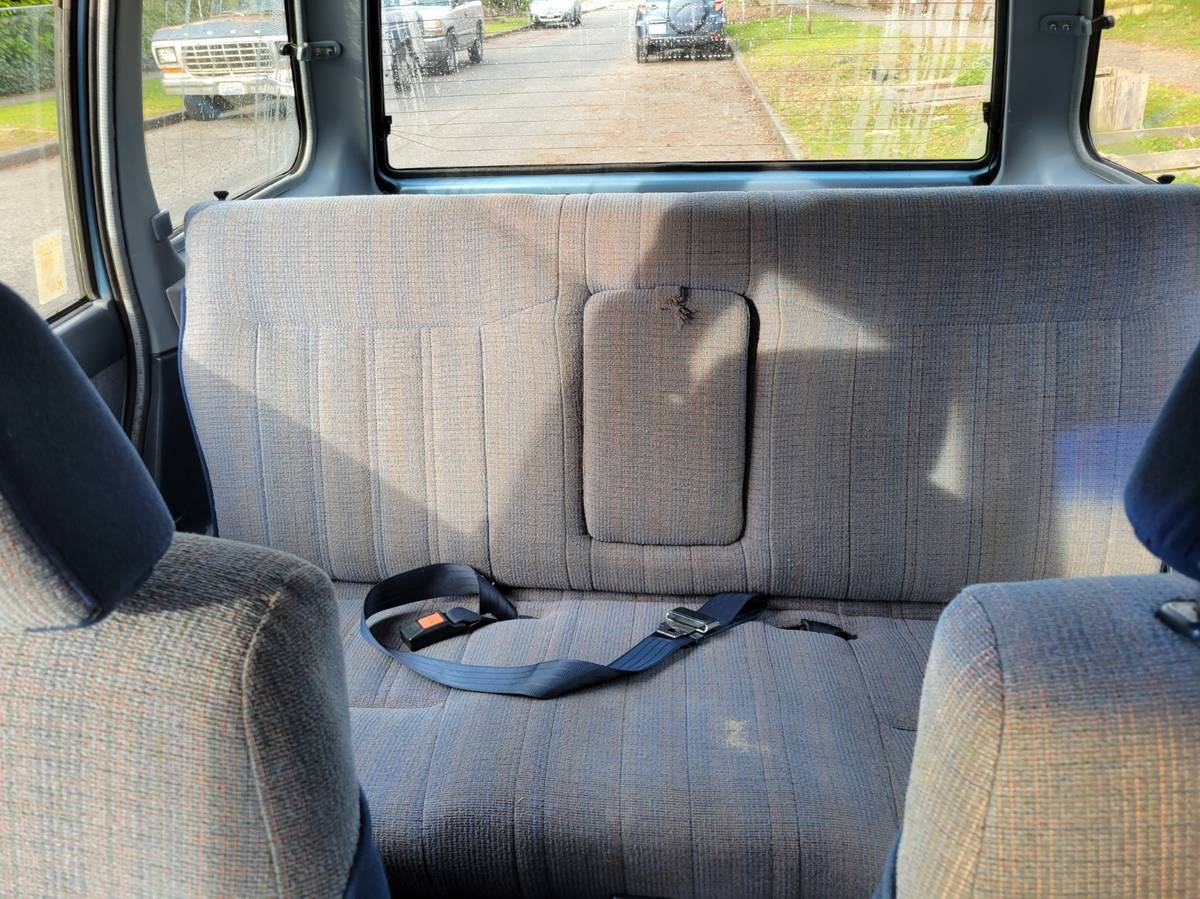 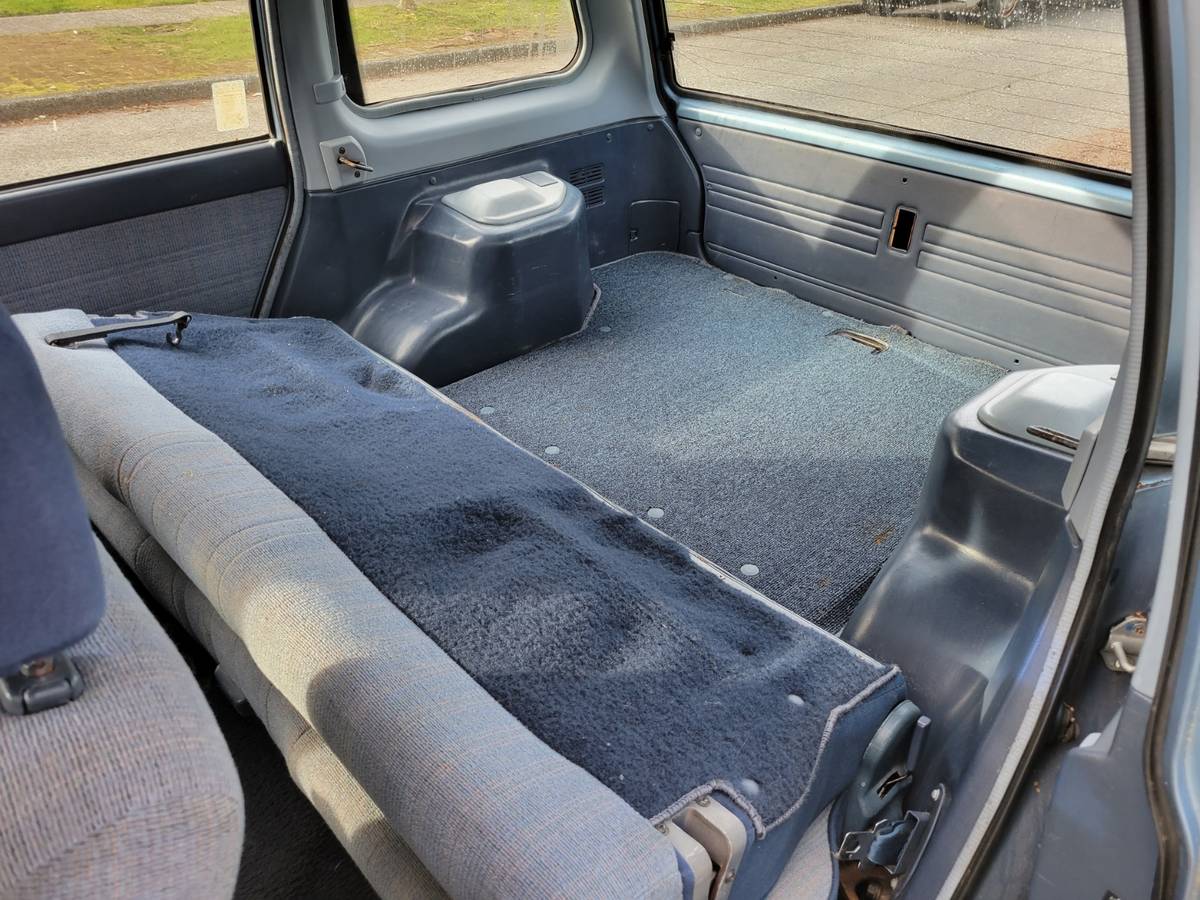 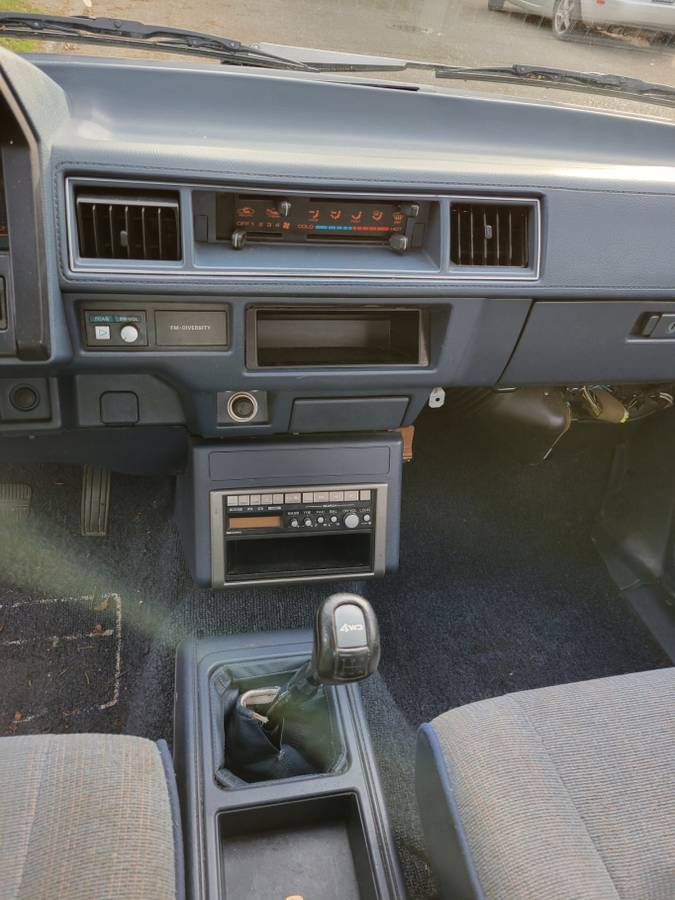 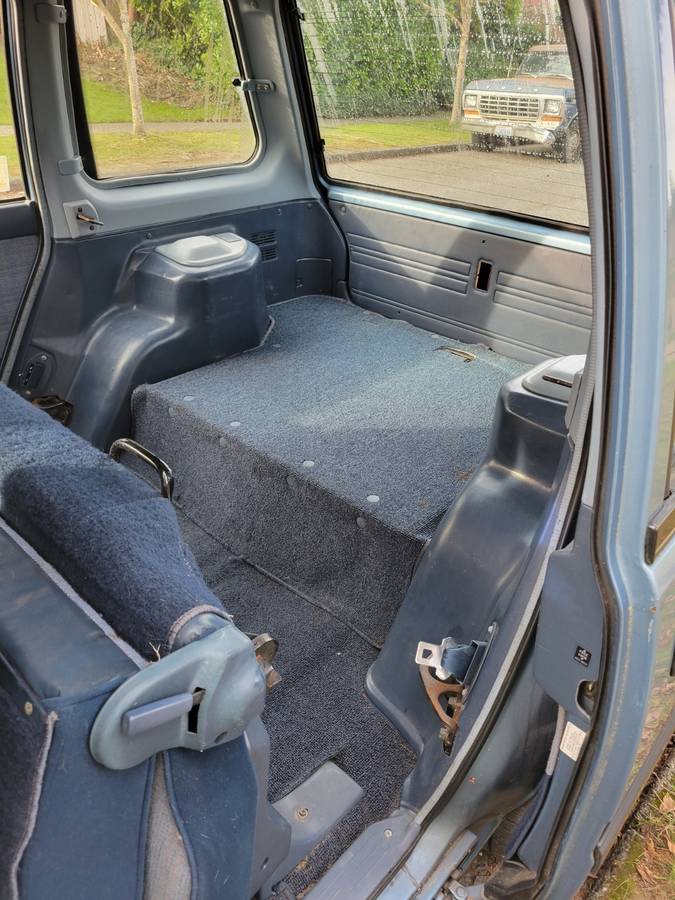 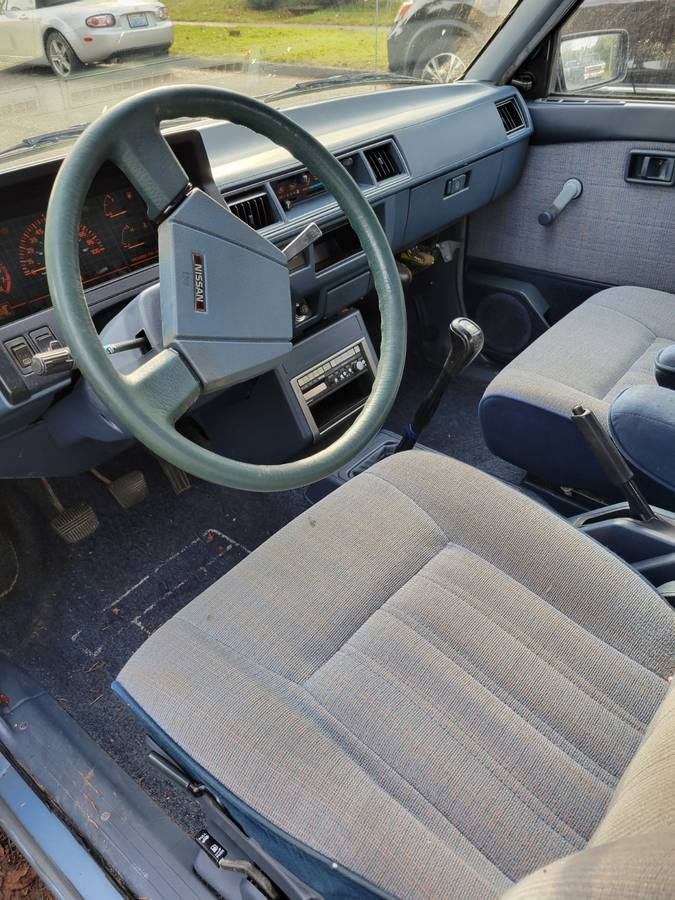 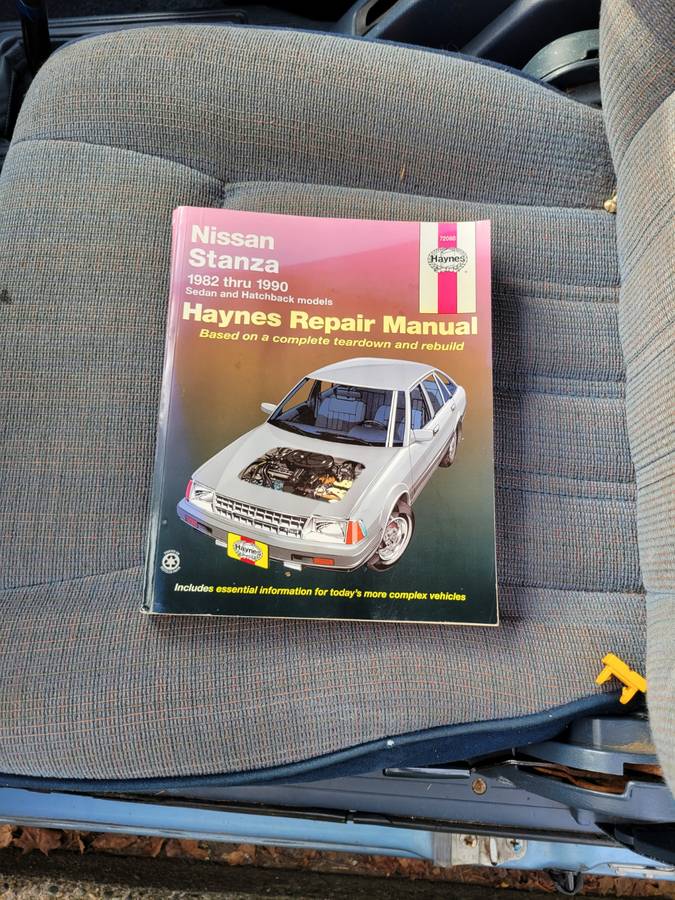 February 22, 2022 Update – We confirmed the seller of this “Classifind” deleted their listing, so we’re now able to call this one “SOLD!” While this one got away, please reach out either by email or call us directly if you’d like to be informed when we come across something similar.

We often think that a certain “segment-buster” of a vehicle is brand new and that the combination of features and configurations has never been offered in one package before. Take, for instance, the modern SUV: some terrifically novel idea? Not so much. This 1988 Nissan Stanza “Van” combined optional seven-passenger seating with four-wheel drive long before this combination of options became the gold standard in people carriers. This Stanza was originally listed in February 2022 on Craigslist in West Seattle for $600 with a fair amount of work completed that has yet to resolve rough running issues. Comparing this price against the NADA Price Guide confirms this private seller has his four-wheel-drive wagon priced well below the “High” retail price of $4,600, which obviously takes into account the undiagnosed running issues.

The Subaru Outback often gets credited with breaking through the glass ceiling of expectations for what a wagon can do. Or perhaps it was the AMC Eagle, another early pioneer of combining all-wheel-drive with a lifted, rugged wagon body. The Stanza was like Meredith Brooks, in that it was a little bit of everything, all rolled into one. It could be ordered as a 4×4 with rear jump seats, giving it all-terrain capabilities and seven-passenger seating, even if the two “temporary” seats were total penalty boxes. The standard rear bench could be folded flat, into a bed, and there was even a sliding door on the passenger side with the B-pillar erased into a distant memory. There was a lot going on here, and you start to wonder if someone at Nissan had a crystal ball about what American consumers would grow to want in their people-movers, or if it was just dumb luck that they came up with such a concoction.

The MotorWeek Retro Review Channel provides their thought about the 1986 Nissan Stanza wagon when it launched in 1986:

No matter the novelty factor, the curious box on wheels didn’t become an overnight sales success, nor did its successor, the Nissan Axxess, which was an updated take on the same nifty concept. The Nissan would eventually concede the crown of the most rugged minivan to the Mazda MPV, which did a marginally better job of convincing car shoppers what they really wanted was a lifted van with optional four-wheel-drive. It’s amazing that we got so close to having an entire segment of beastly minivans before all of the major automakers got together and agreed to sell consumers overpriced “trucks” that ride on car platforms and get worse fuel economy than a station wagon with barely any increases in interior capacity. Ah, progress! To me, it’s high time we made this segment a reality instead of forcing consumers to import a Mitsubishi Delica from overseas that has very little in the way of domestic parts support but offers car shoppers everything else they could possibly want – just like the Nissan Stanza Van did all those years ago.

“Rare, quirky, and fun to drive. 4×4. This pre-cursor to the mini-van is a great project car!

The good: Cosmetically, “Stan” is in great shape for his age, very clean, and still looks good! There aren’t many of these around, so great find for the right person.

The bad: Not surprisingly, mechanical issues. He will start, and ran great and was fun to drive until he suddenly started running badly one day out of the blue. It feels like a car with a bad carburetor, it “spits”, doesn’t seem to get gas consistently. We replaced the fuel filter, fuel pump, and MAF sensor. Still runs badly. Two shops and a backyard mechanic are at a loss. We replaced the spark plug wires, which seemed to help only briefly, then back to running poorly. I’m at a loss. Had to move on. He will need someone who really understands old Nissans.“