by Guys with Rides | Feb 2022 | Classifinds, Free For All Friday 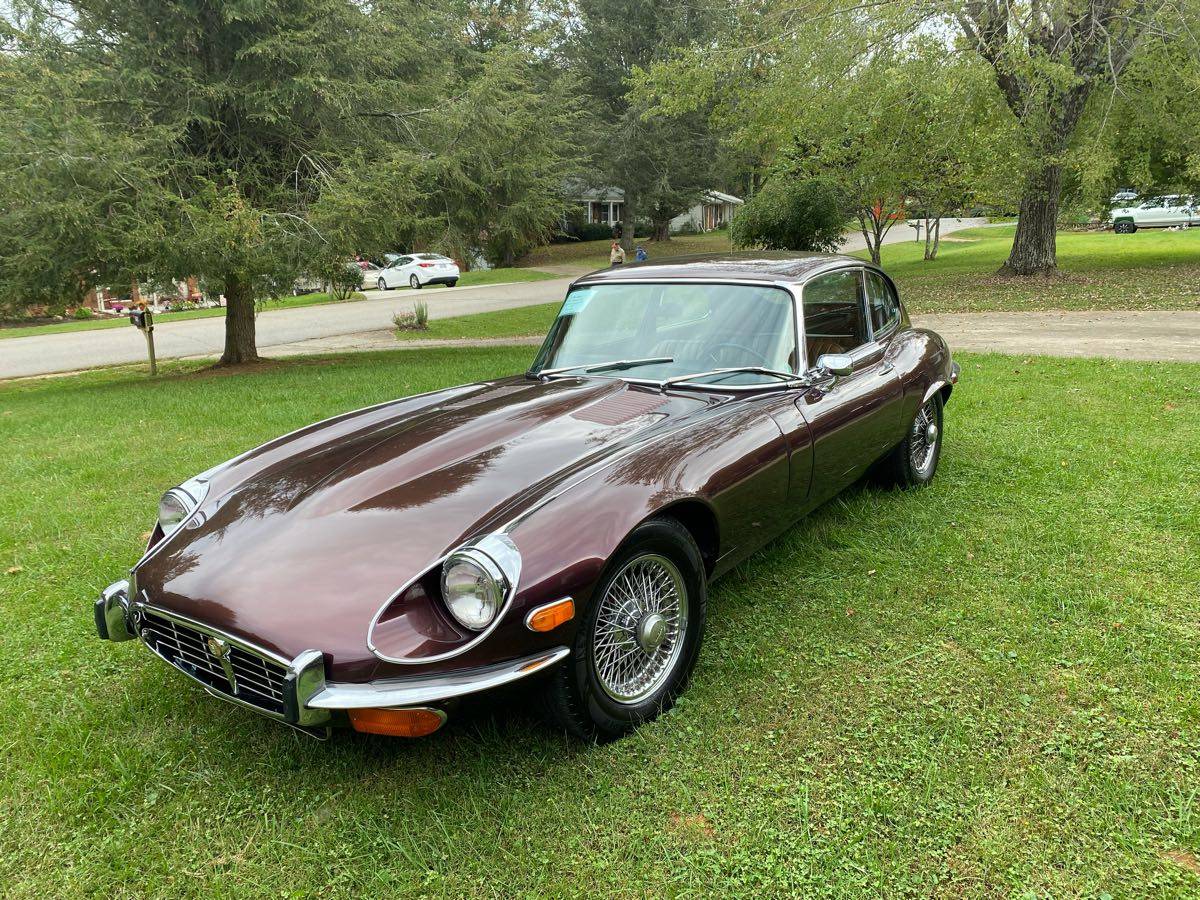 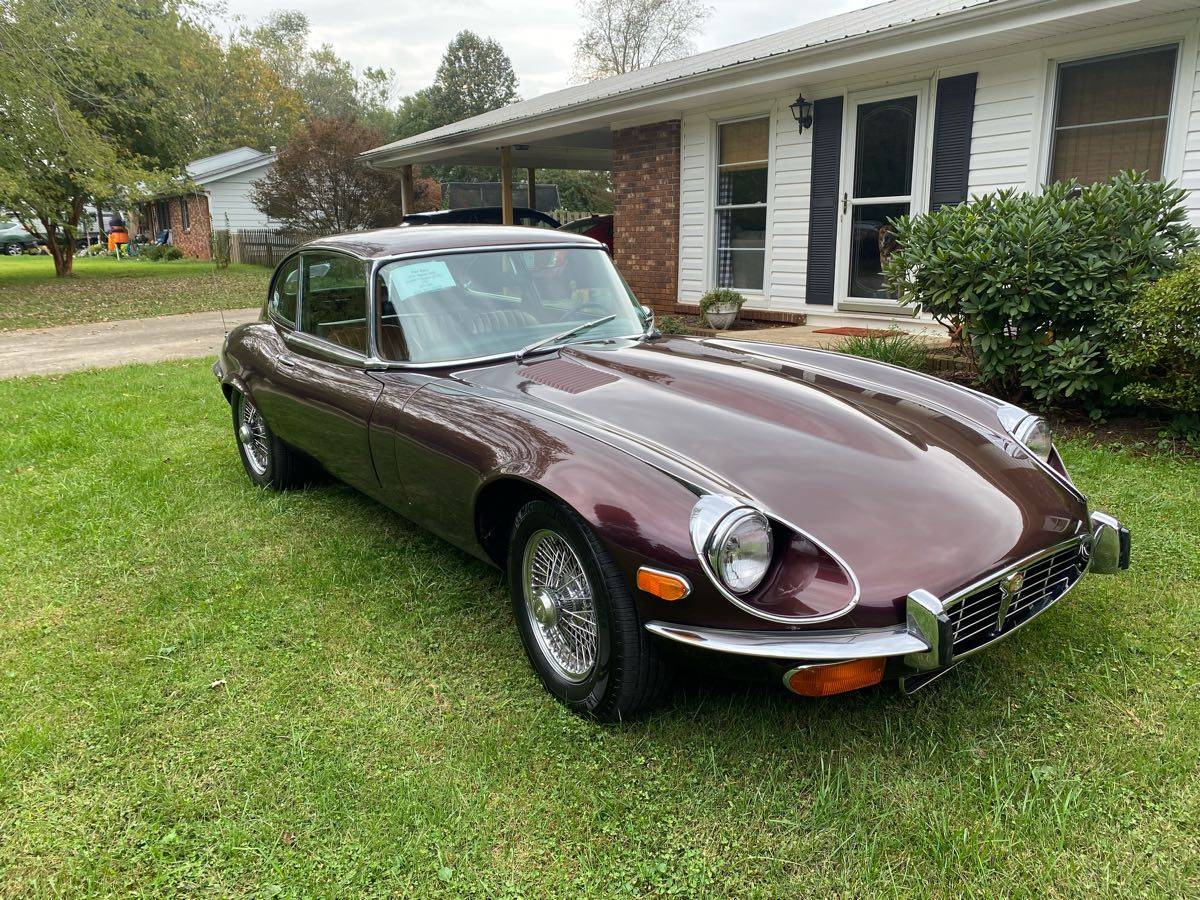 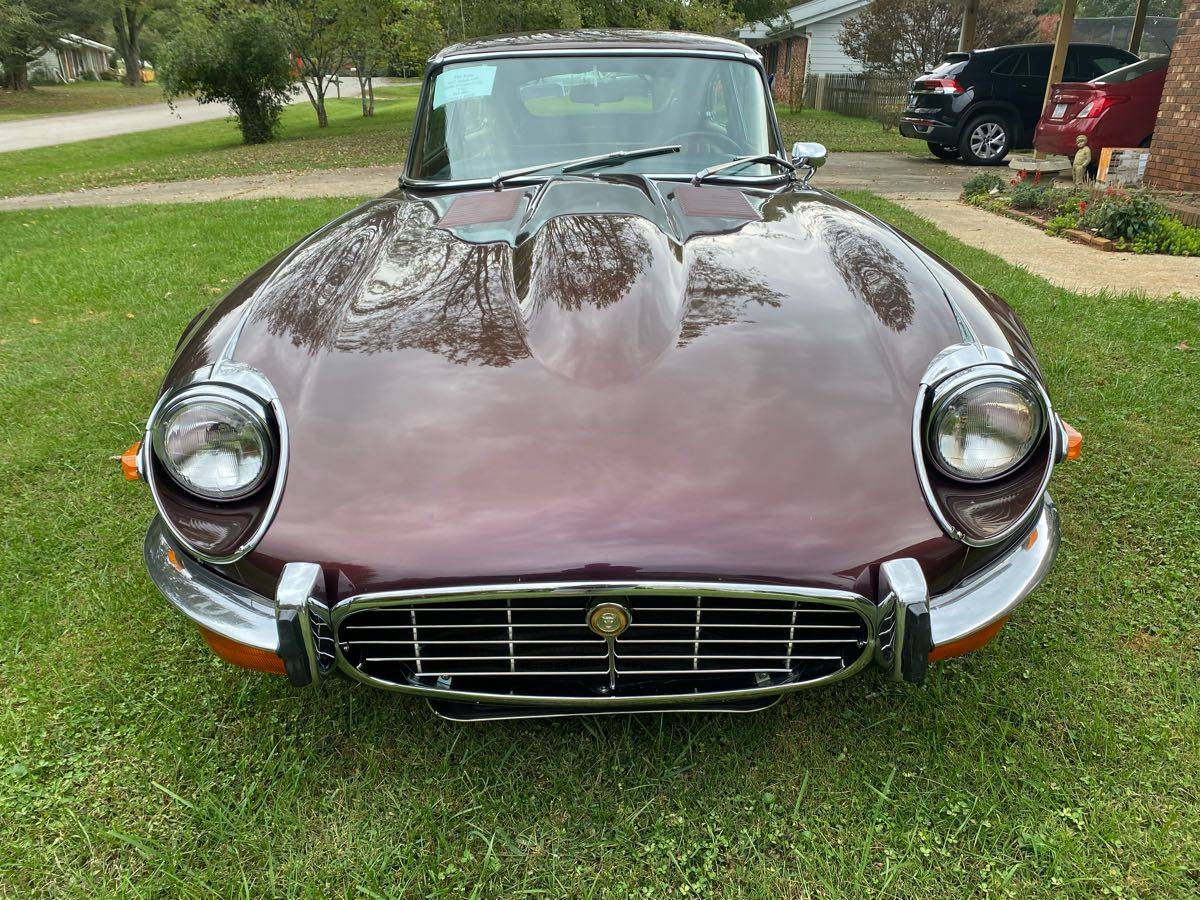 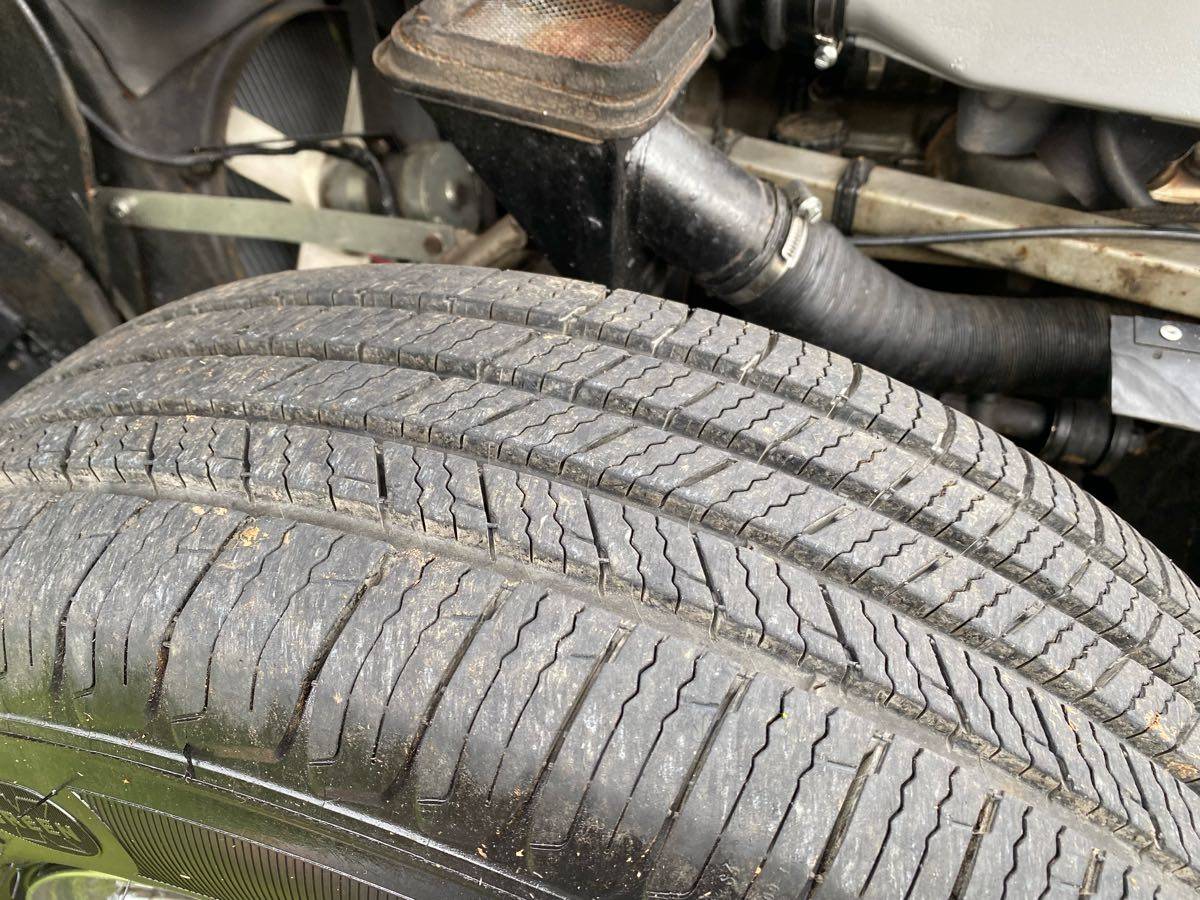 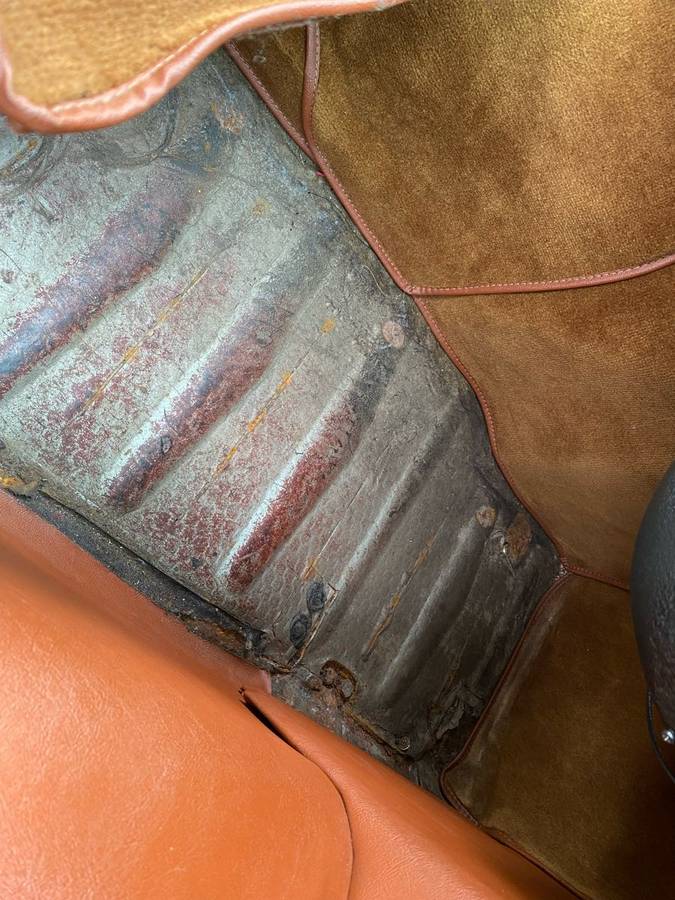 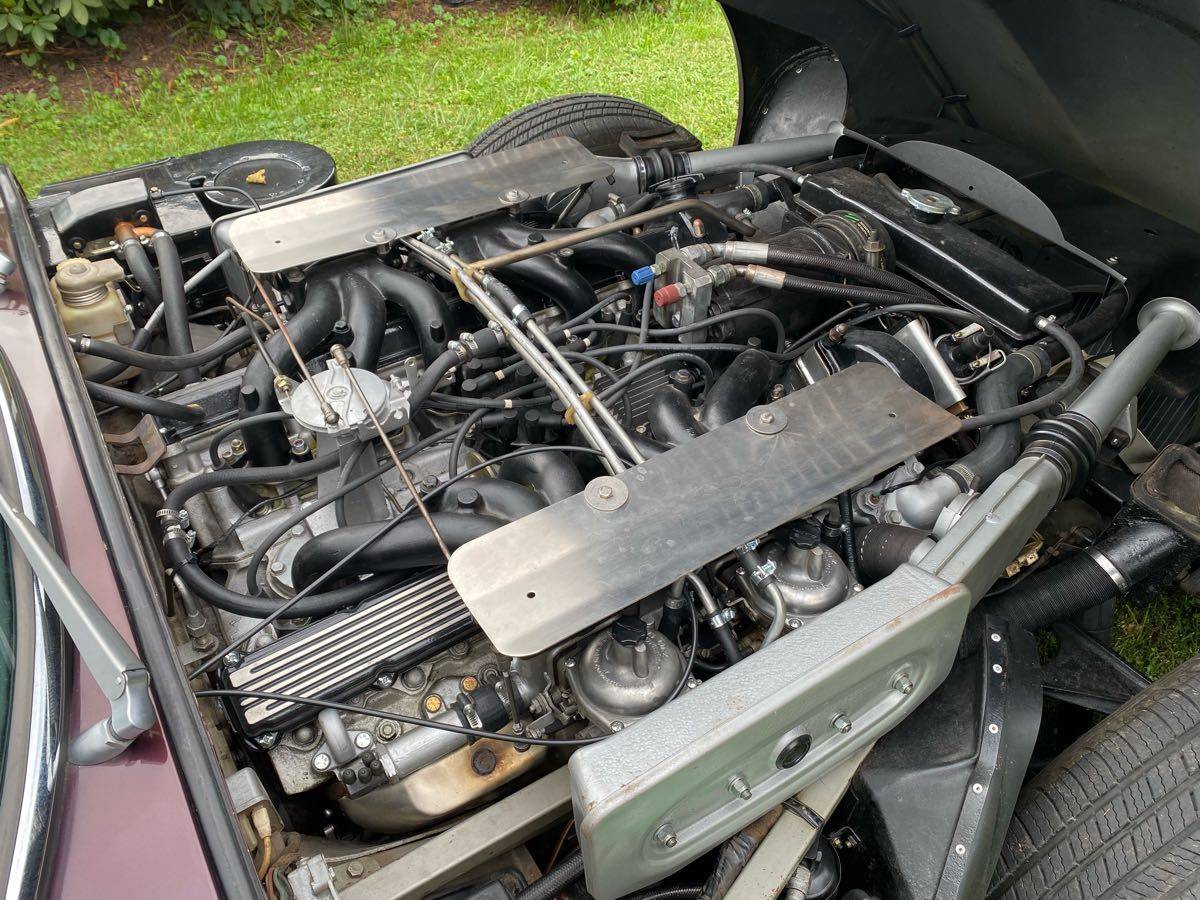 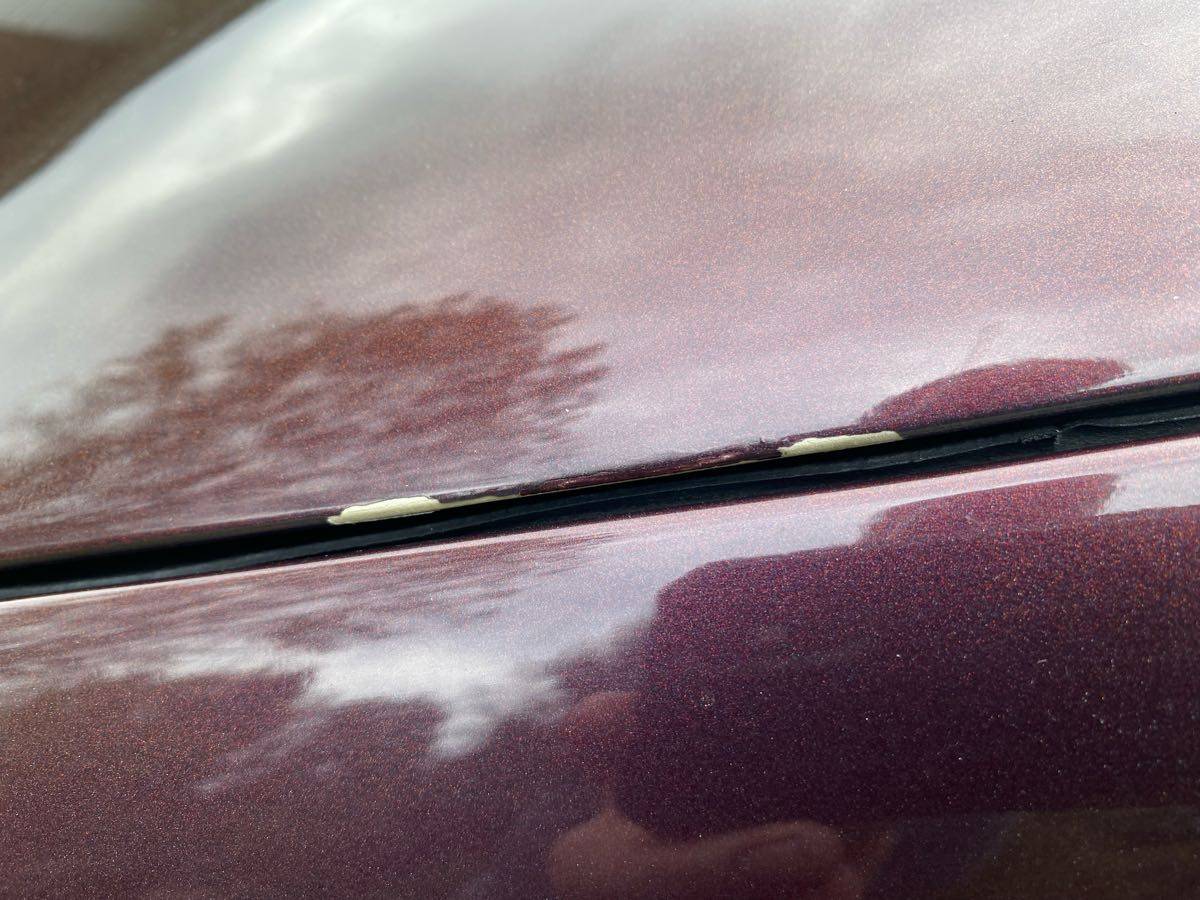 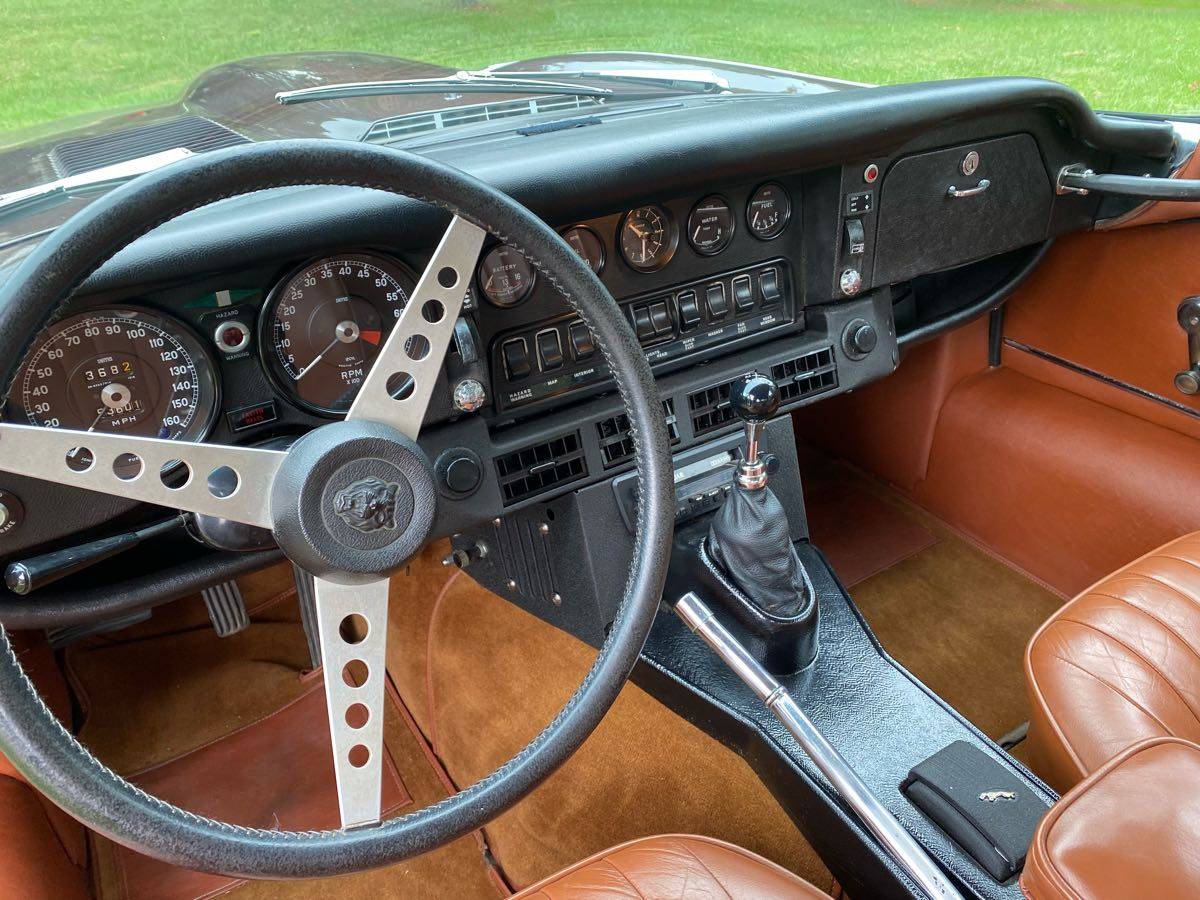 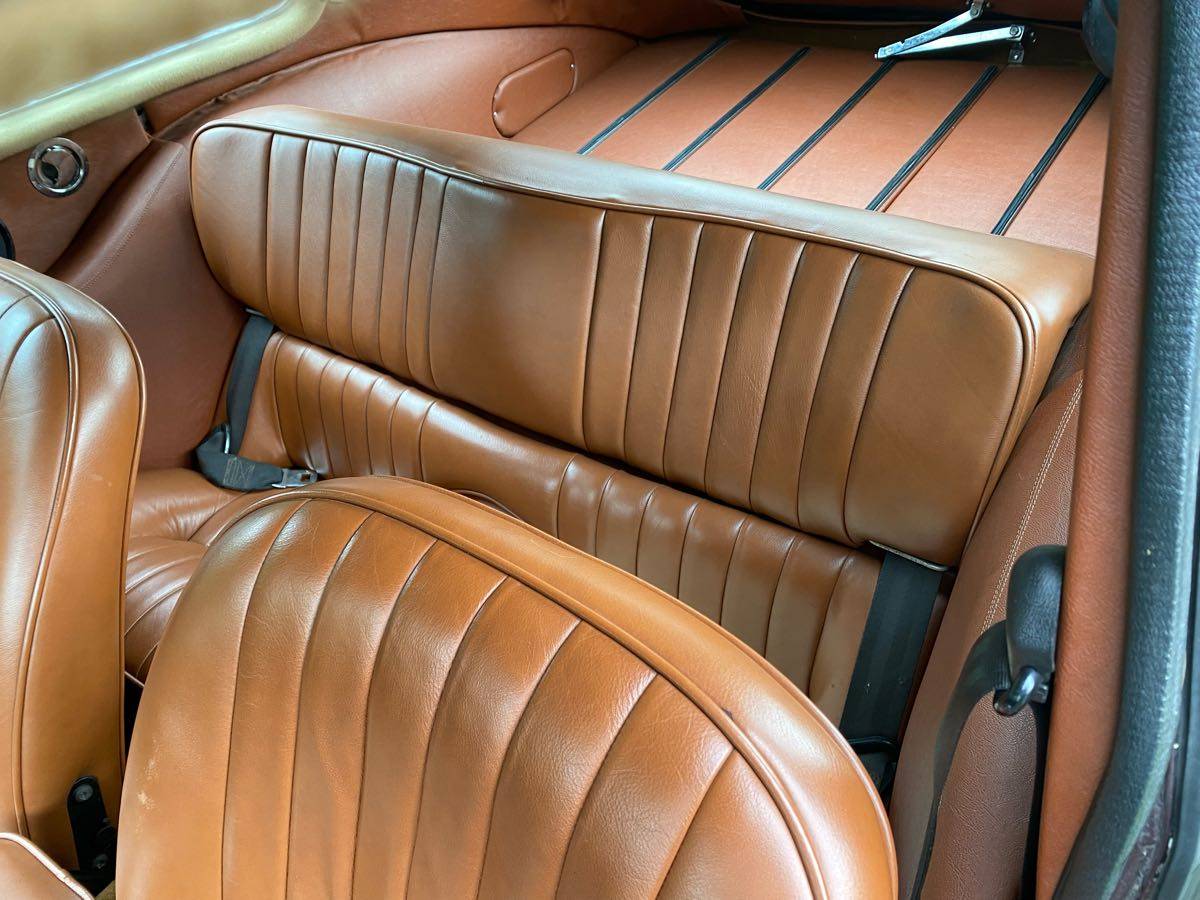 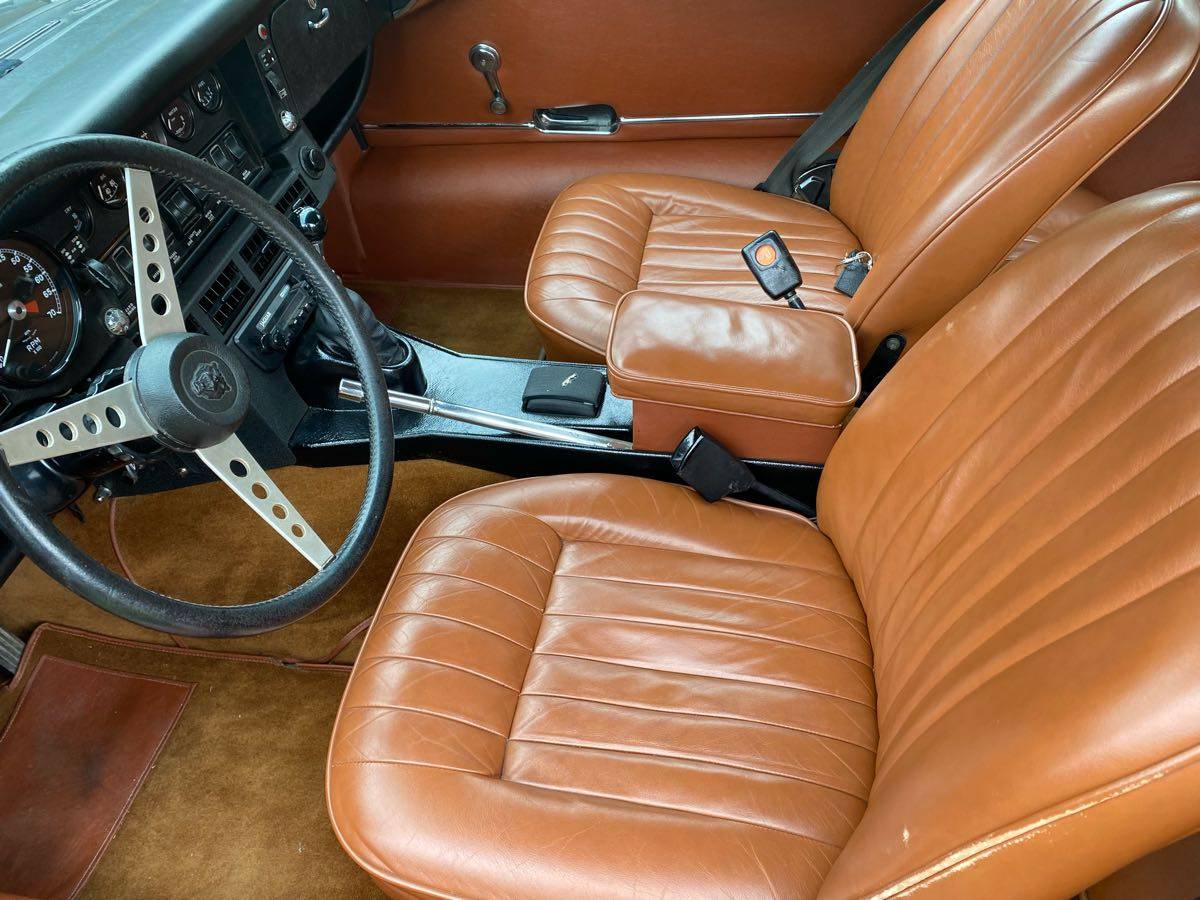 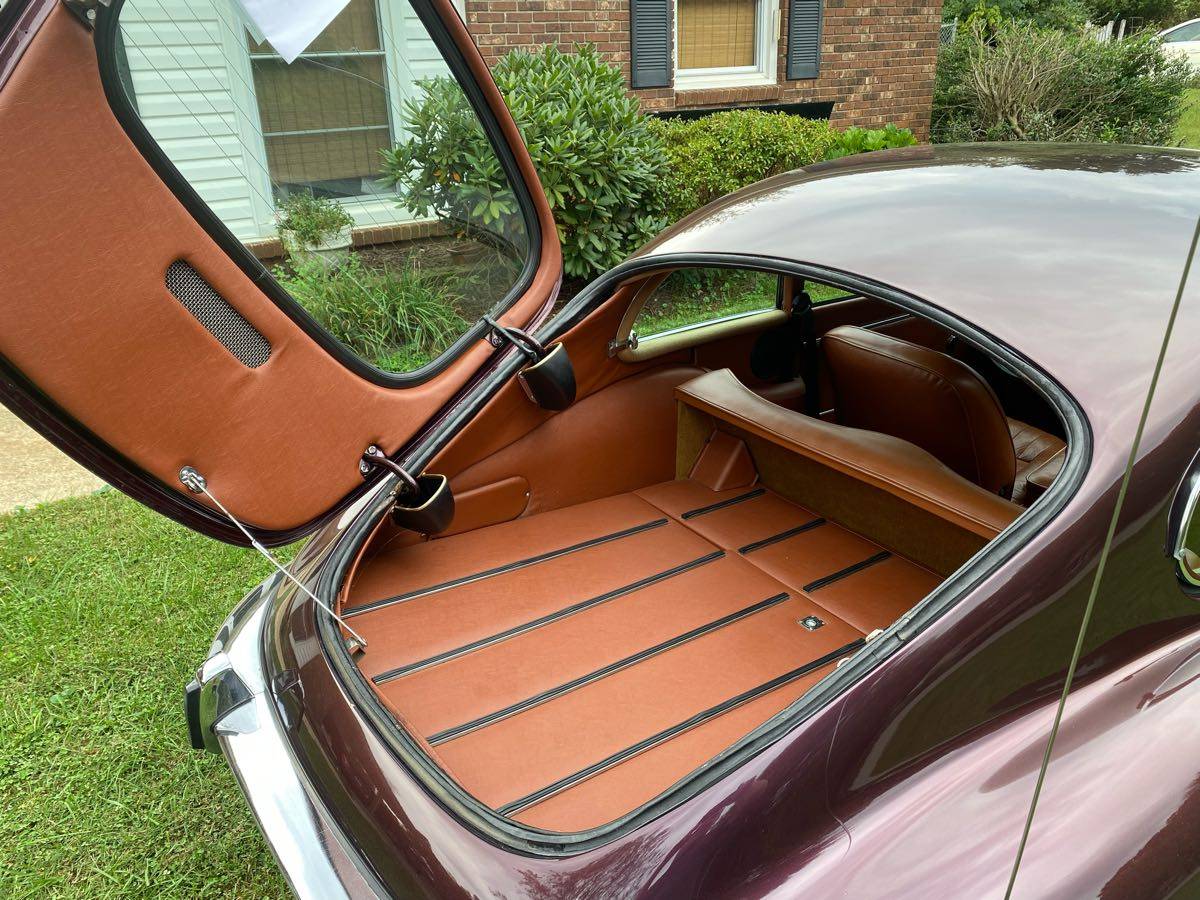 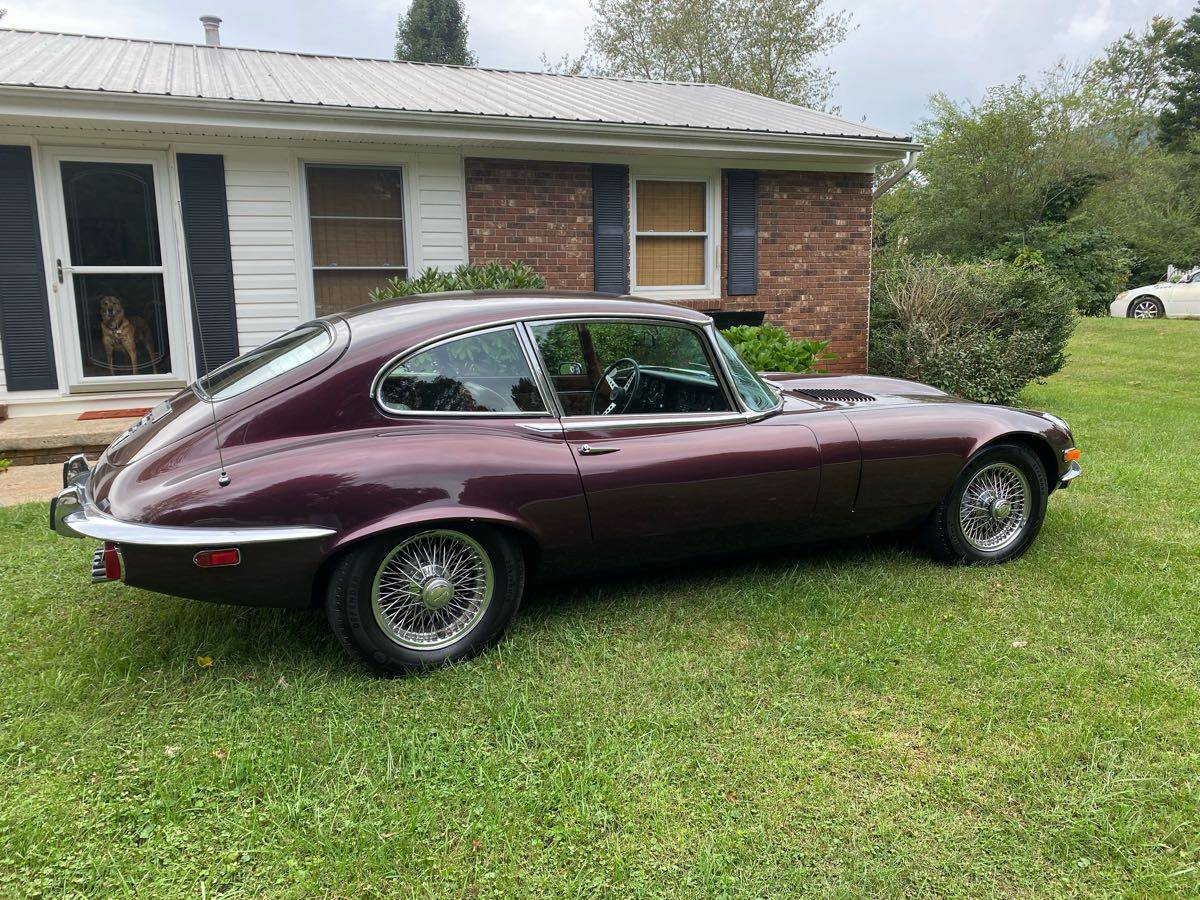 March 18, 2022, Update – We just confirmed the listing for this “Classifind” expired, so with no replacement found we’re assuming this ride “Sold?” While this one got away, please reach out either by email or call us directly if you’d like to be informed when we come across something similar.

The Jaguar E-Type is arguably the most beautiful car ever designed.  While the two-seat convertible models tend to get all the love and command the highest prices, the 2+2 “Barn Door” coupé is just as stunning in person.  This 1972 Series III example originally listed in February 2022 on Craigslist in Asheville, North Carolina left the factory silver with black hides but now features a much more appealing burgundy over biscuit color combination. The current caretaker of the past several years reports this XKE has been family-owned since 1976.

Currently offered for $54,000, comparing that price against the Hagerty Insurance Online Valuation Tool confirms the private seller has their XKE coupé priced between this guide’s #4 “Fair” (Daily Driver) estimate of $37,800 and its #3 “Good” appraisal of $58,900.  Interestingly, the  Collector Car Market Review Online Tool provides a slightly different assessment in that the asking price slots between this guide’s #2 “Very Good” estimate of $39,800 and its #1 “Excellent” appraisal of $55,000.

Launched for 1971, E-Type Series three cars featured a new 5.3 L Jaguar V12 engine, uprated brakes, and standard power steering. An automatic transmission, wire wheels, and air conditioning were available options. The V12 was equipped with four Zenith carburetors, and as introduced produced a claimed 272 horsepower, more torque, and a 0–60 mph acceleration of less than seven seconds. available only as a convertible and 2+2 coupé, The new longer wheelbase offered significantly more room in all directions. The Series 3 is easily identifiable by the large cross-slatted front grille, flared wheel arches, wider tires, four exhaust tips, and a badge on the rear that proclaims it to be a V12.  US models feature side indicator lights on the front fenders.

The two most exciting features of this 1972 Jaguar XKE 2+2 coupé are the five-speed manual gearbox and the working factory air conditioning system.  Based upon the pictures and the seller’s detailed description, this Barn Door is a nicely maintained driver-quality example that will likely get you compliments every time you drive it.

“I have been the caretaker of this car for the last three or four years. It has been in the same family since 1976. The car was painted a few years ago and interior restored at the same time. All the seats are genuine leather, the carpet appears to be wool as is the new headliner. I am not sure what the color is called but I have a paint code for it in the glove box (in case a touch-up is needed). The car was originally silver with a black interior. This is a factory manual car, factory AC as well……which blows nice and cold. Power steering and power brakes are also standard. With the exception of the paint and interior, the car is largely an extremely well-maintained un-restored car. Anything the car has ever needed the car has received. It presently needs nothing. It starts readily, the engine pulls strongly…..smoothly…….great oil psi and the temperature stays rock solid at 190 deg. I have a considerable file of all the maintenance that has been performed over the last few years. Unfortunately, the owner does not have early documentation. That has been lost. I could go on and on about the quality of this car. In summary, I would describe the condition of this car to be an extremely tidy driver. It has small cosmetic flaws here and there. The paint finish is nice but not concourse level. Mechanically, electrically, structurally……the car is squared away.

The car is in Asheville, NC
Please message me for my phone number. Also, I can text a link to the photo album which includes some video.​“

Do you have a Jaguar XKE story to share?  If so, comment below and let us know!