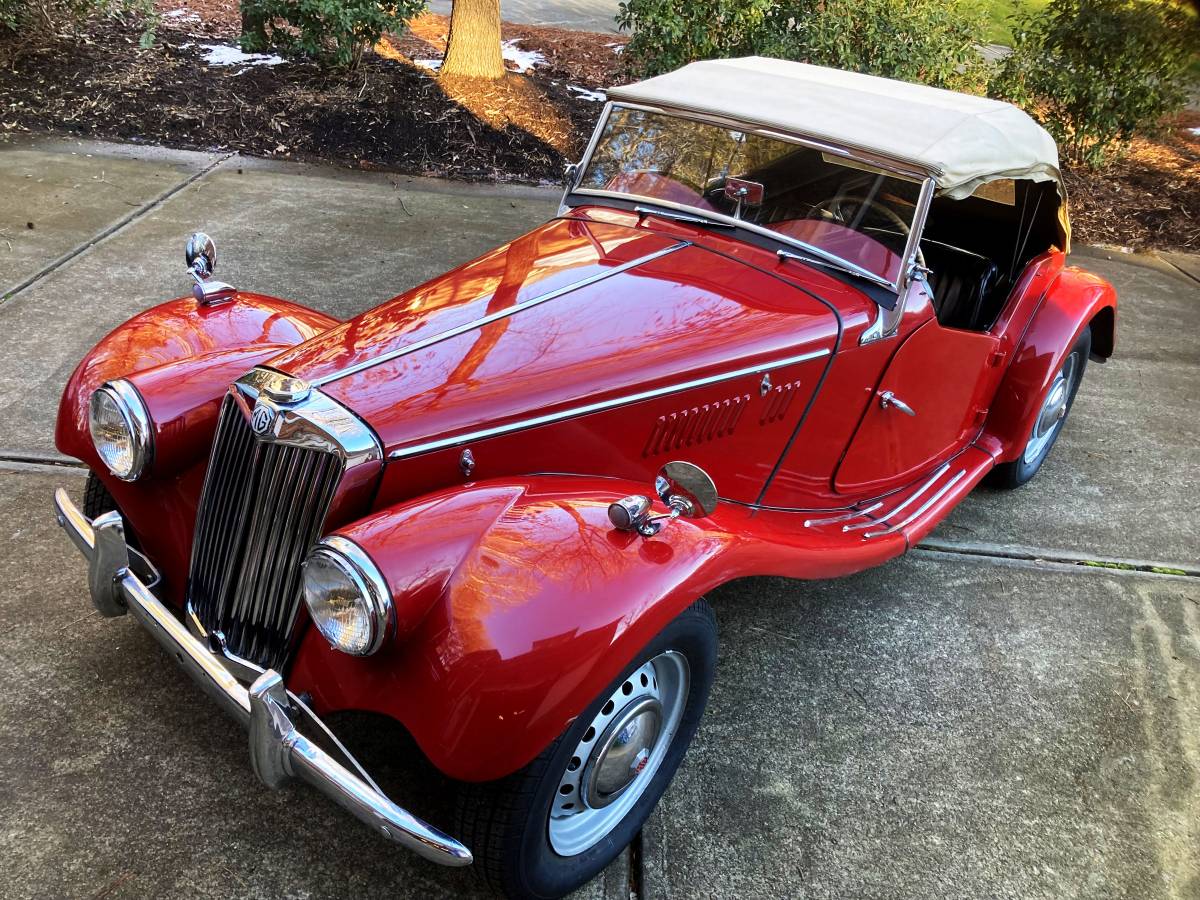 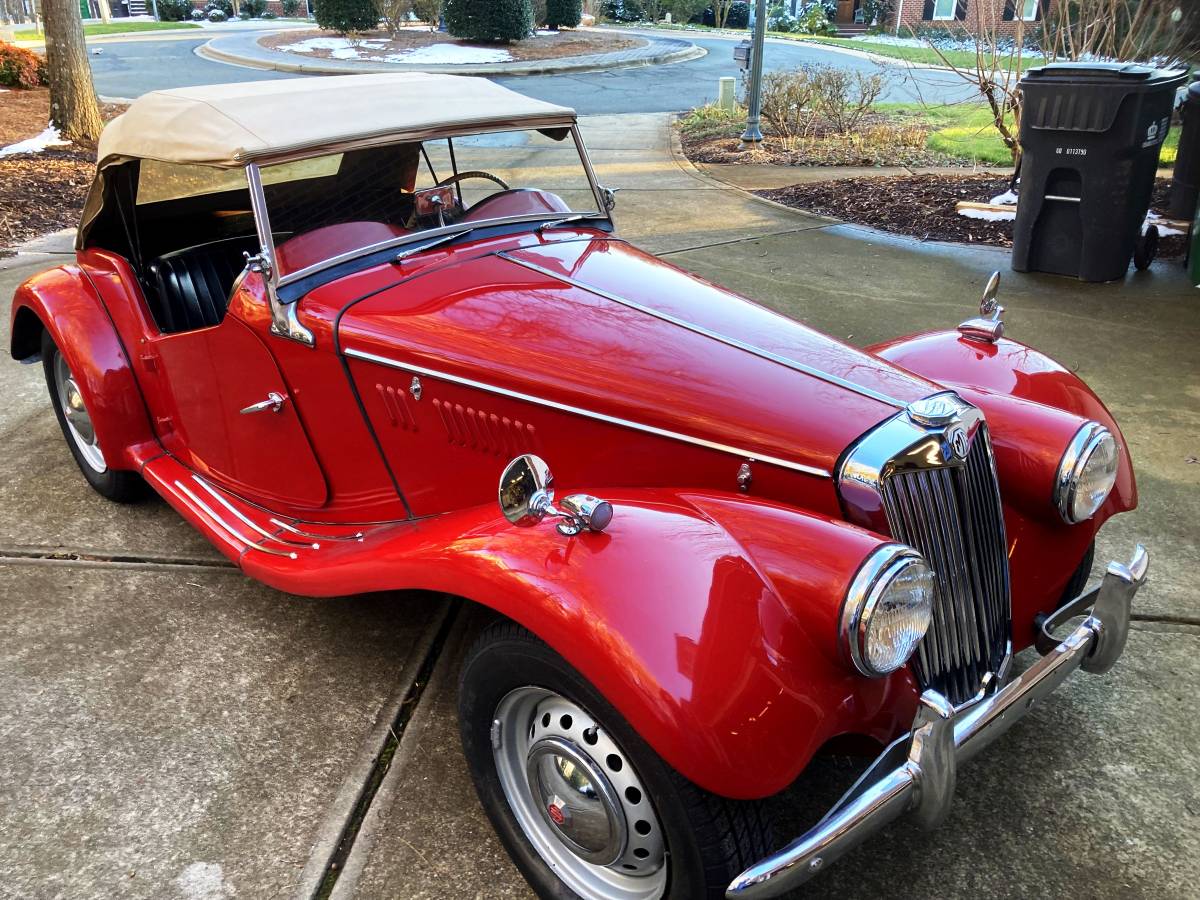 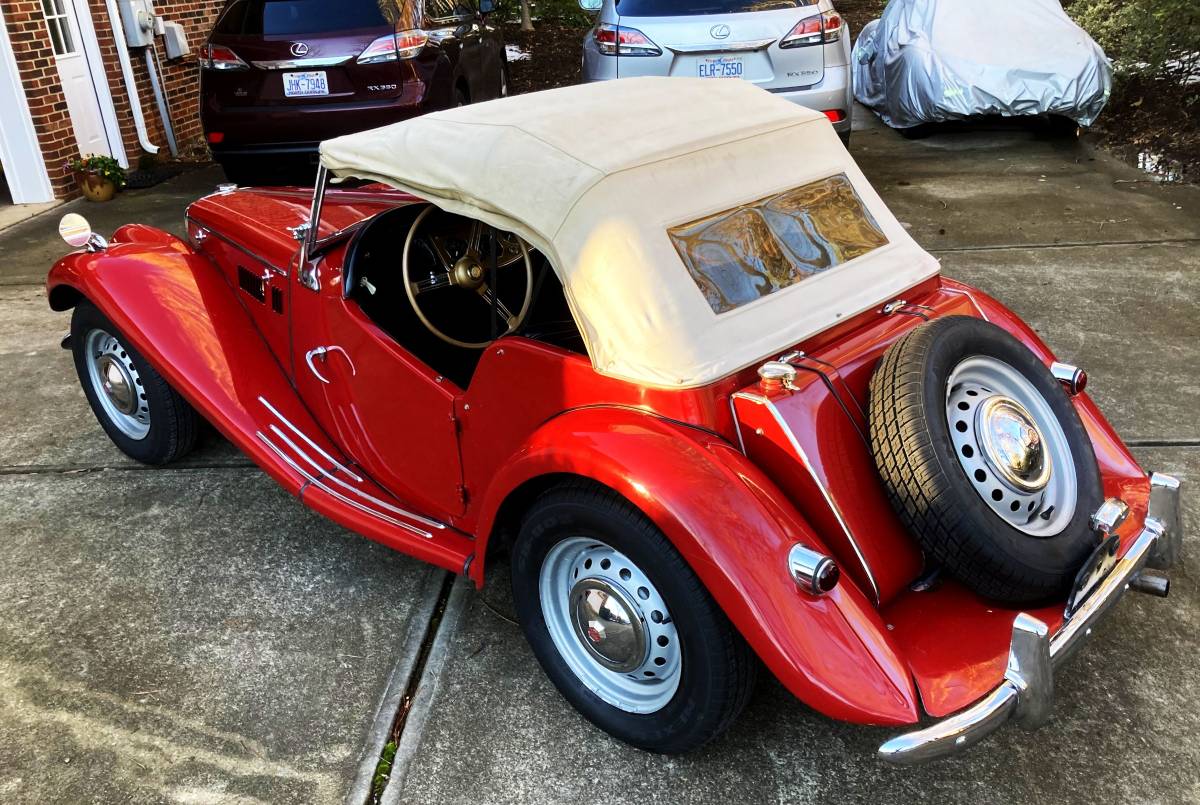 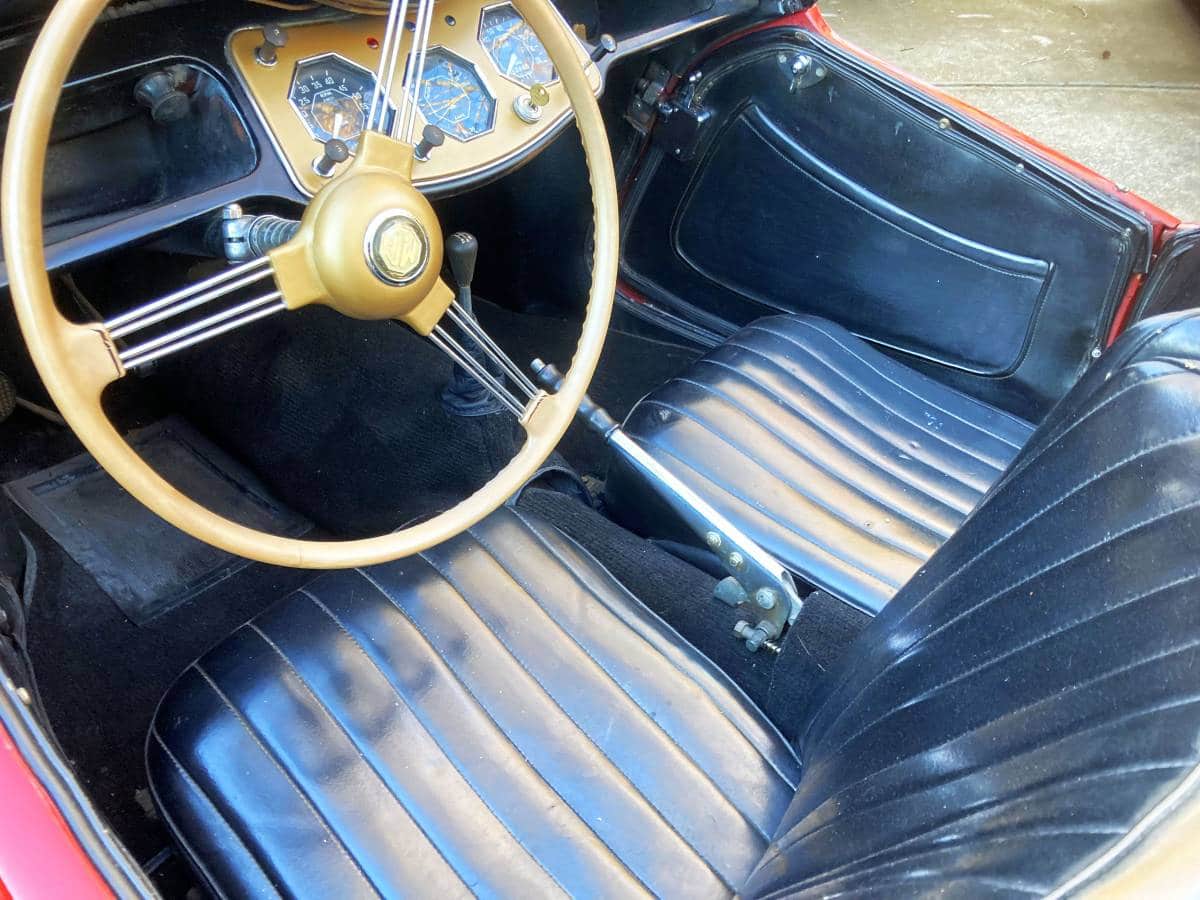 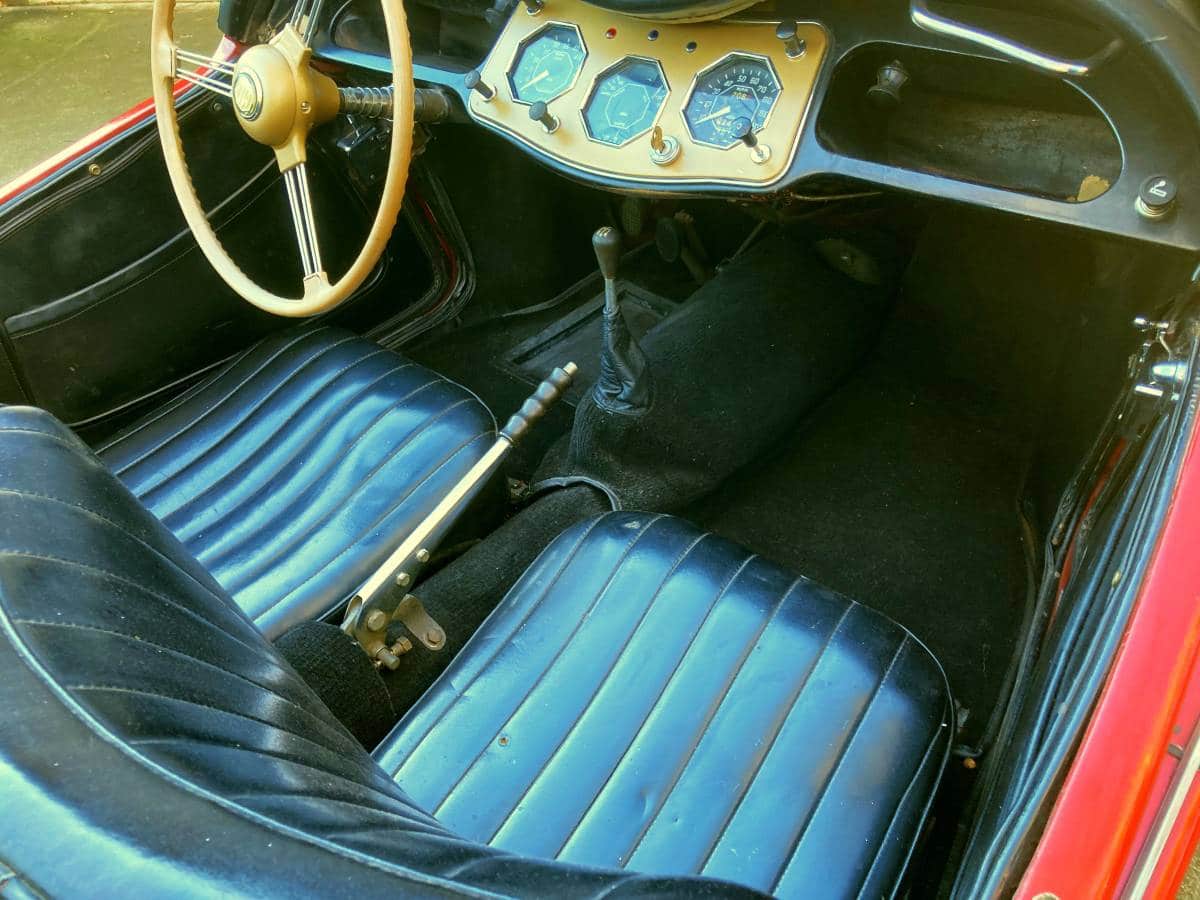 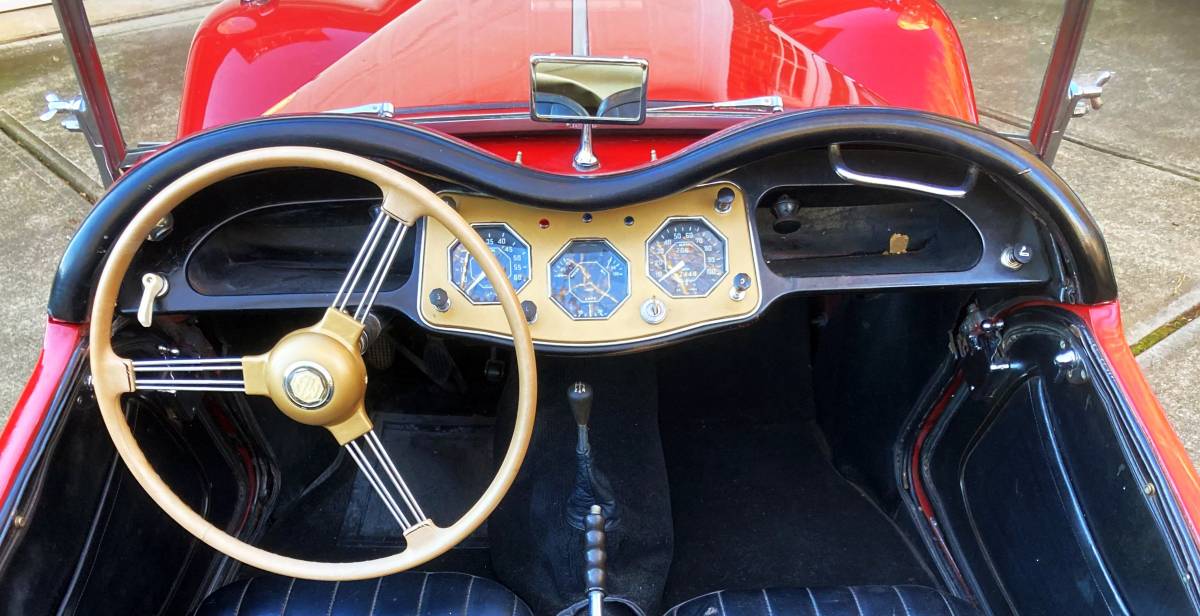 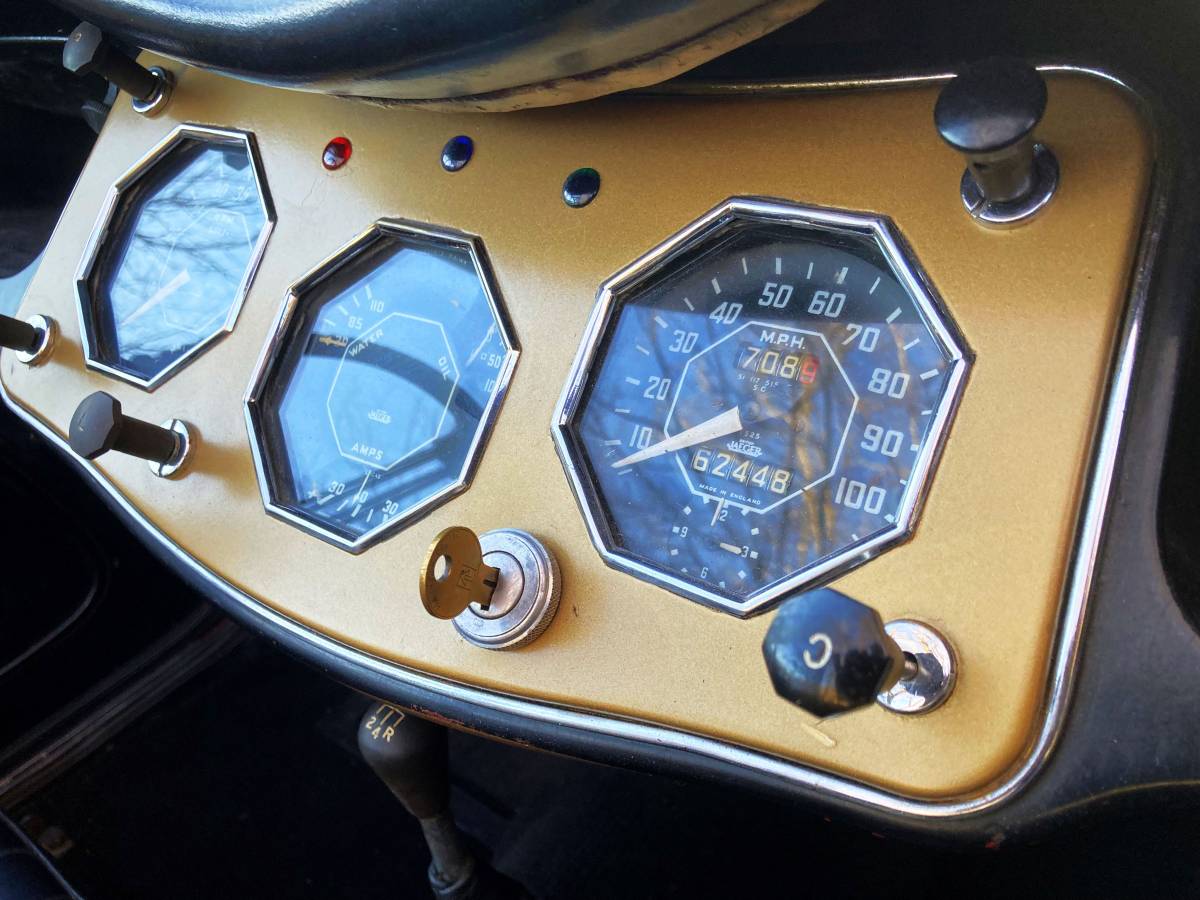 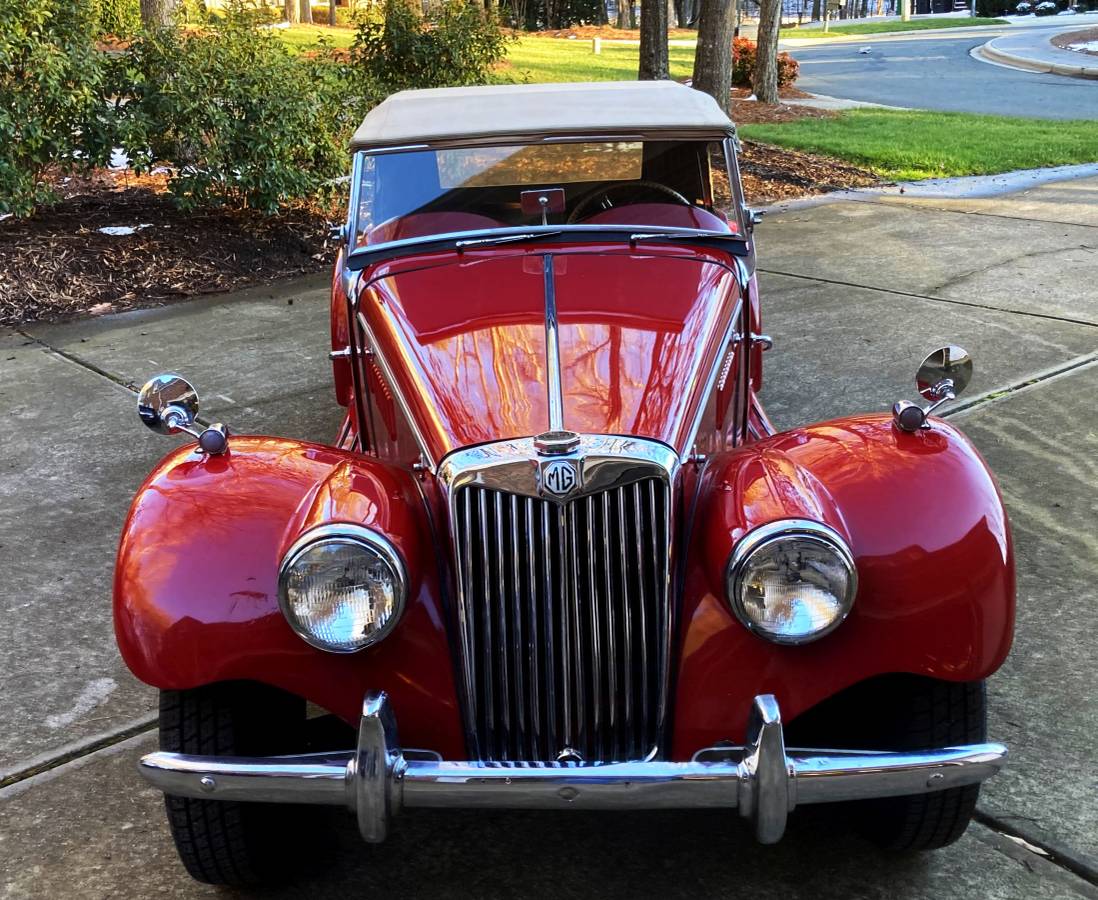 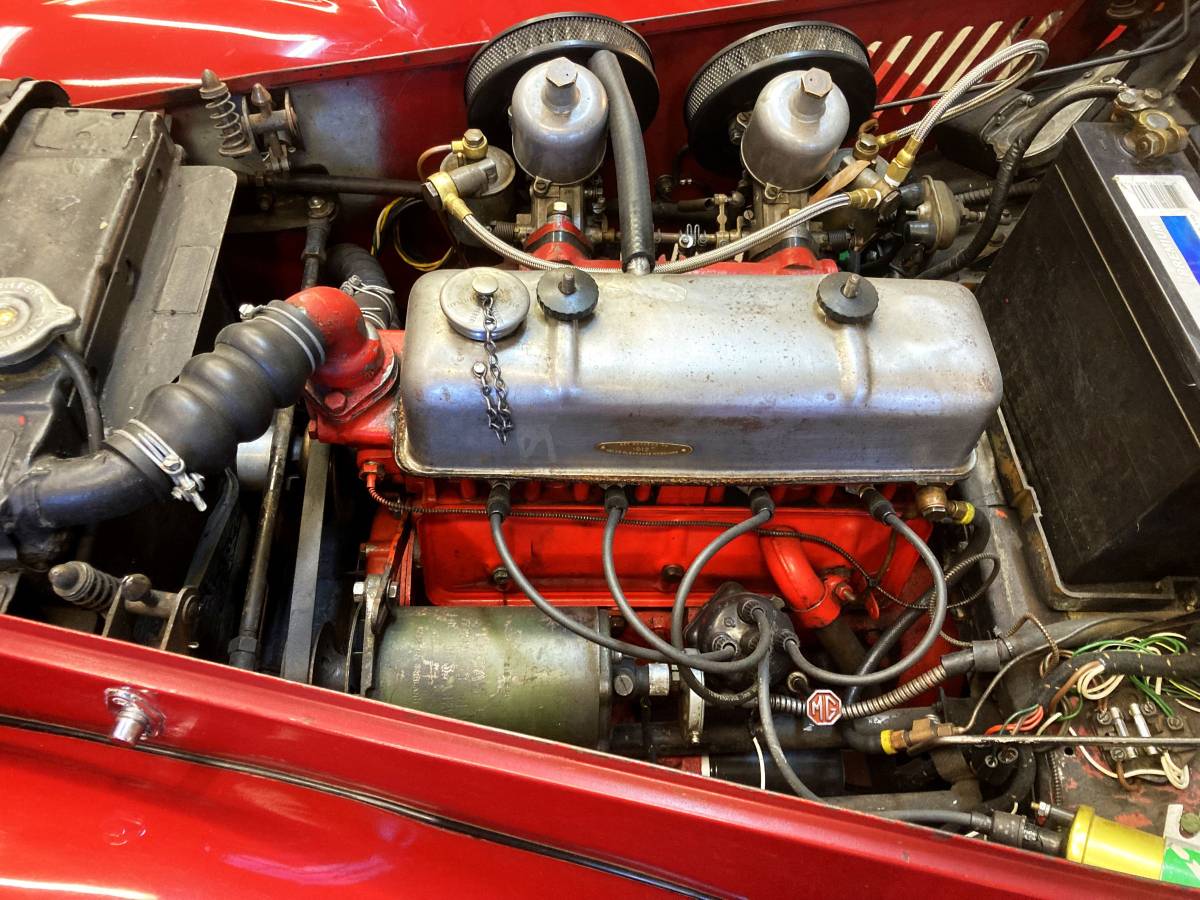 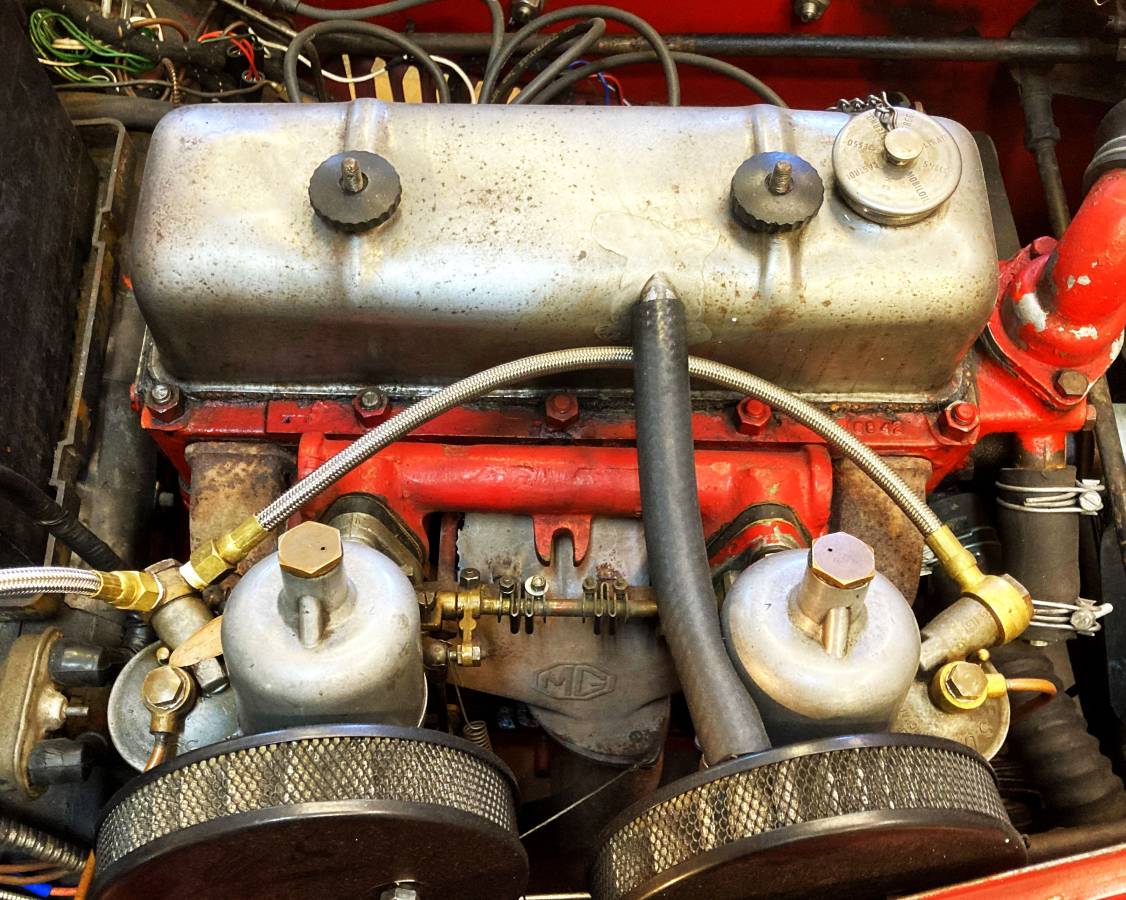 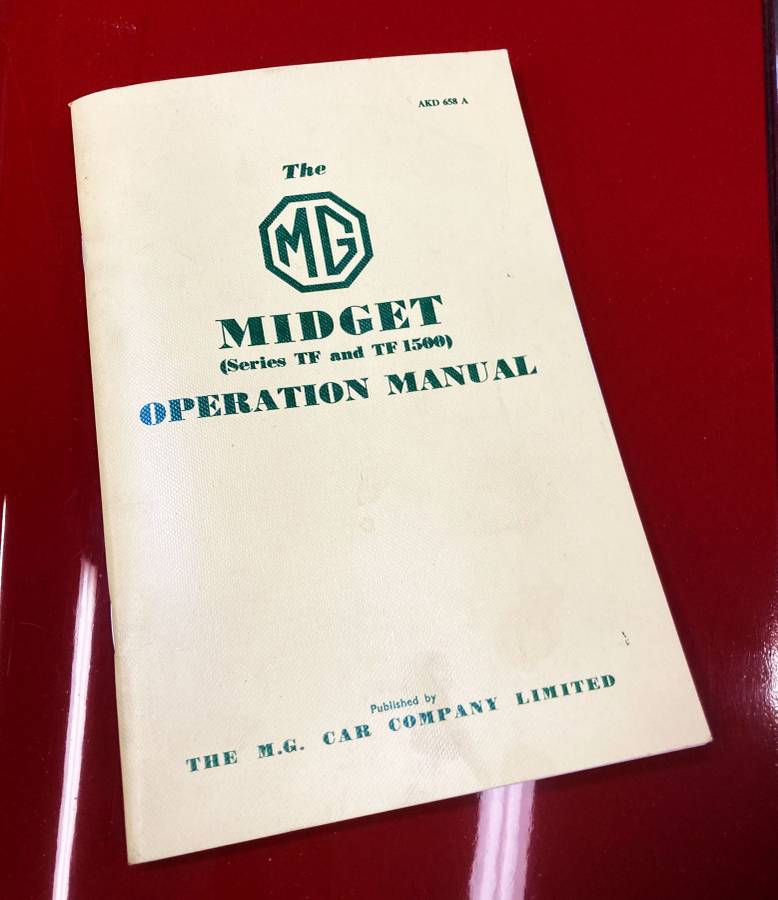 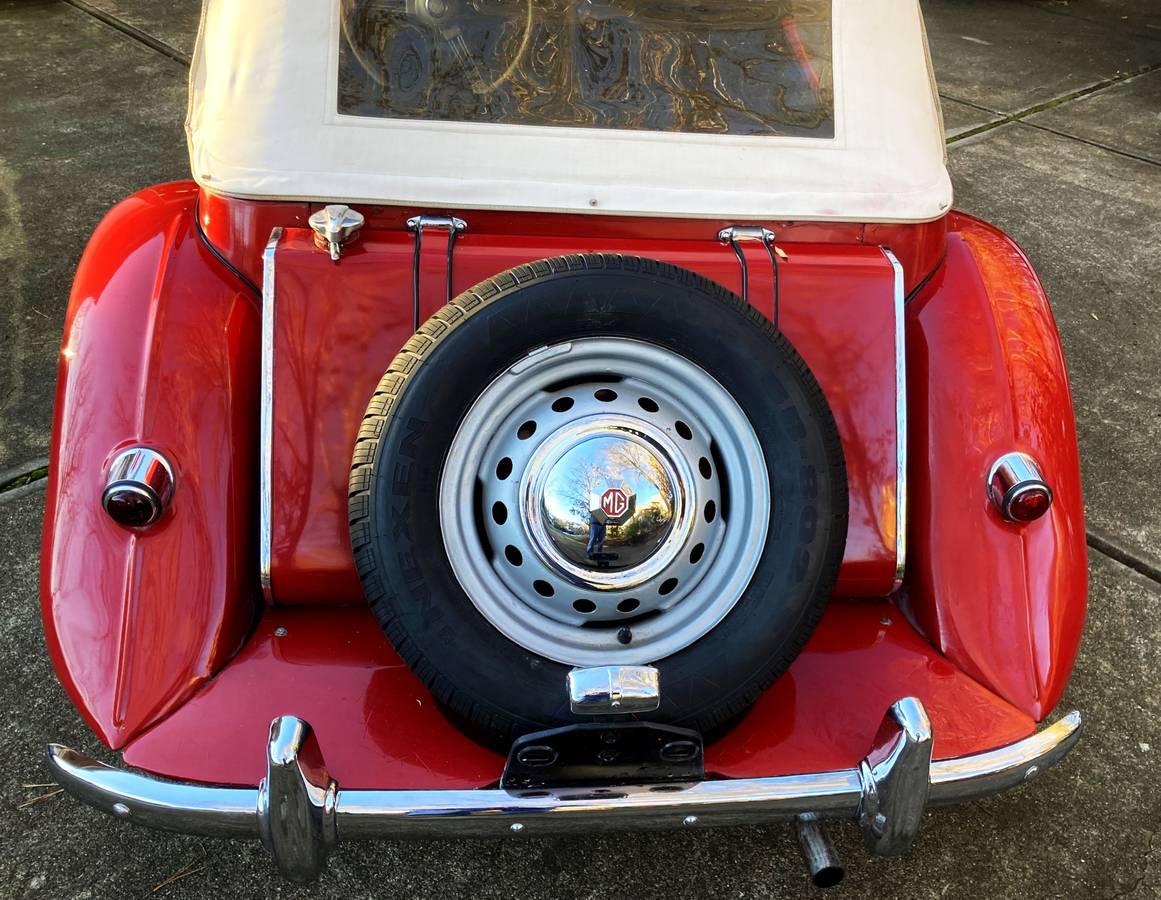 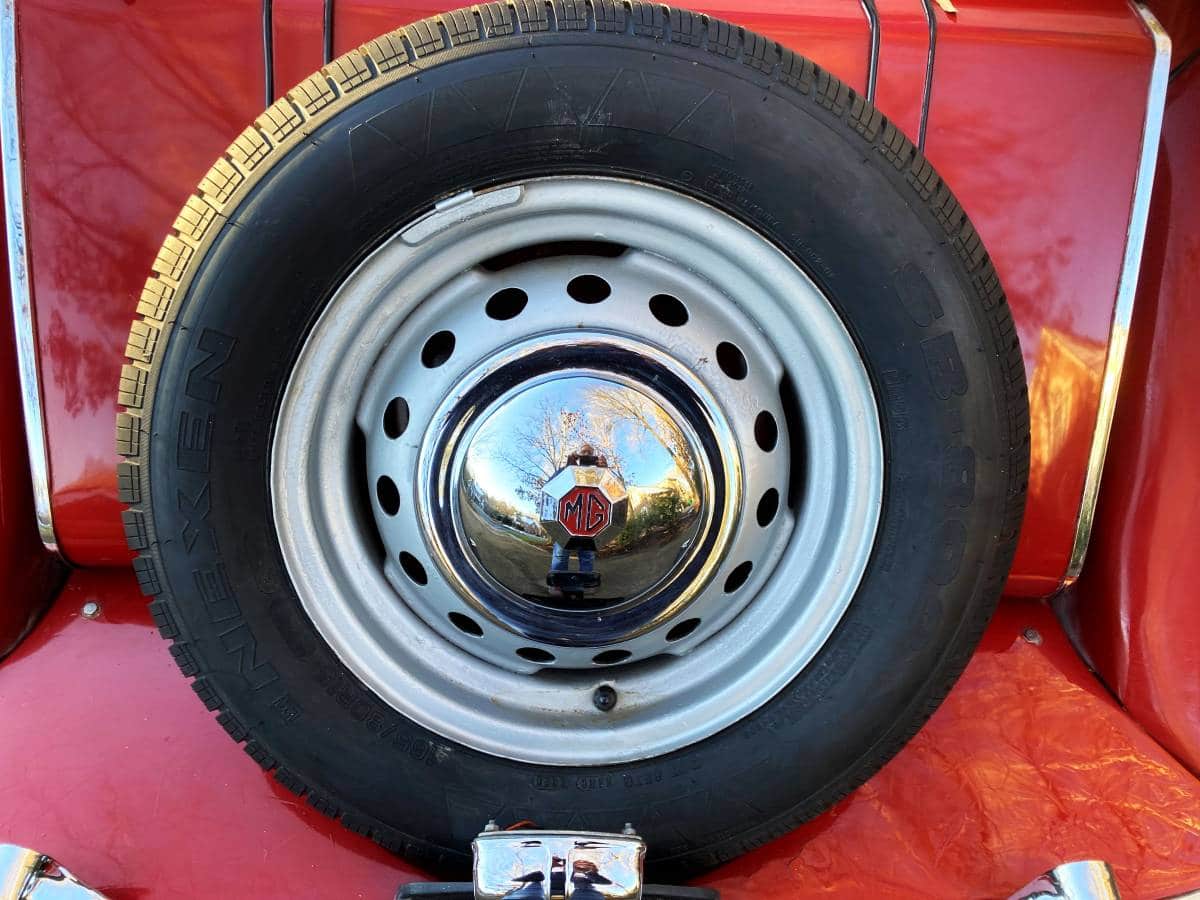 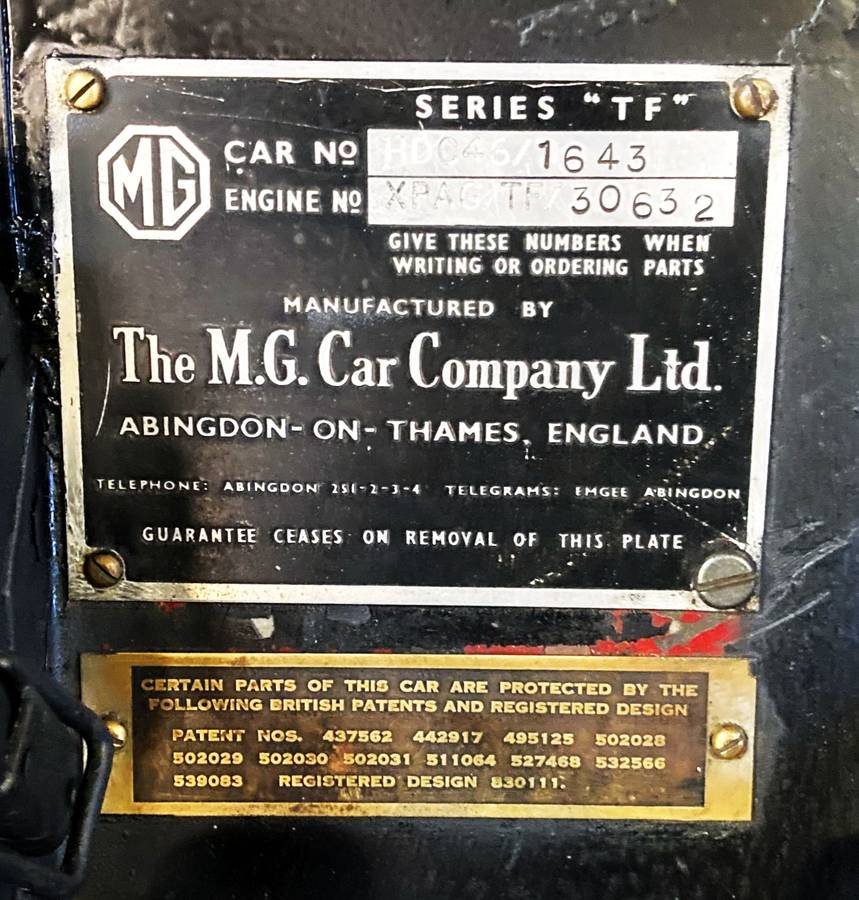 March 2, 2022 Update – The private seller just updated their listing not only indicating that a sale is pending but that the agreed price is $23,500. While this one got away, please reach out either by email or call us directly if you’d like to be informed when we come across something similar.

February 23, 2022 Update – The private seller just replaced their expiring Craigslist ad with a new listing.  In it, the lowered asking price of $24,900 (the original ask was $26,500), pictures, and description all remain the same.

One of the more difficult MG sports cars to spot for sale is the TF produced only three model years from 1953 through 1955.  In fact, spotting one is so rare that this 1954 MG MGTF originally spotted in February 2022 on Craigslist in Matthews, North Carolina (Charlotte) is the first example we’ve ever featured on GuysWithRides.com. A nicely sorted and preserved example, this car remained in the same family from 1966 through 2021.

Morris Garages, better known simply as “MG”, launched the TF Midget, launched in October 1953 was a facelifted TD, fitted with the TD Mark II engine, headlights faired into the wings, a sloping radiator grille concealing a separate radiator, and a new pressurized cooling system along with a simulated external radiator cap. MG engineers increased the engine’s compression ratio to 8.1:1 and fitted extra-large valves with stronger valve springs. This combined with larger carburetors increased output to 57.5 brake horsepower at 5,500 rpm.

In mid-1954, engineers increased the engine capacity to 1466 cc by increasing the bore to 2.8 in and compression raised to 8.3:1. The result was 63 brake horsepower at 5,000 rpm and a seventeen percent increase in torque. The car was designated TF1500 and externally distinguished by a cream background enamel nameplate on both sides of the bonnet, placed just to the rear of the forward bonnet-release buttons.

The serial number and data plate of this 1954 MG MGTF confirm this is the earlier TF version with the 57.5 horsepower engine mentioned above.

“I have owned, serviced, and restored British sports cars for almost 50 years. I drove an MGA to high school in the early ‘70s and still have one today. I restored a ’54 MGTF ground up which was built the same day as this TF. I have refurbished dozens of British cars including MGB, MGA, TR6, MGTD, MGTC. I know these cars as well as anyone and attest that this 1954 MGTF is one of the nicest, mechanically sound TFs around.

TF1643 was built in December 1953 in Abington, England. It was purchased in 1966 and remained in the same family until 2021. The car has been dry stored and lovingly maintained since new.

The TF has its original 1250cc engine which has been fully rebuilt. The twin SU carbs have been rebuilt and the engine tuned by national MG Guru, Barney Gaylord.

The car is finished in original MG Red with an older lacquer respray which shows some patina/cracks.

A rare opportunity to own an excellent example of the classic British Sports Car: 1954 MGTF TF1643​“