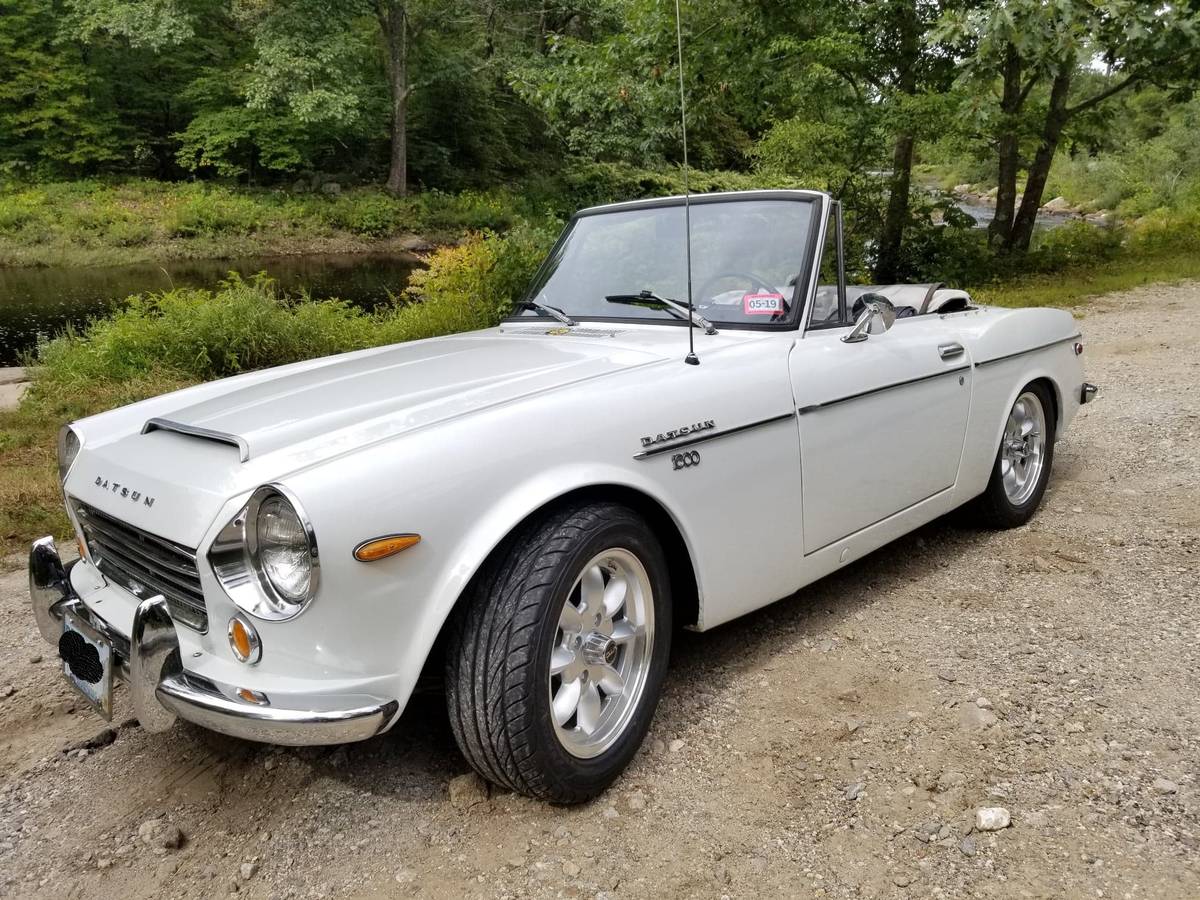 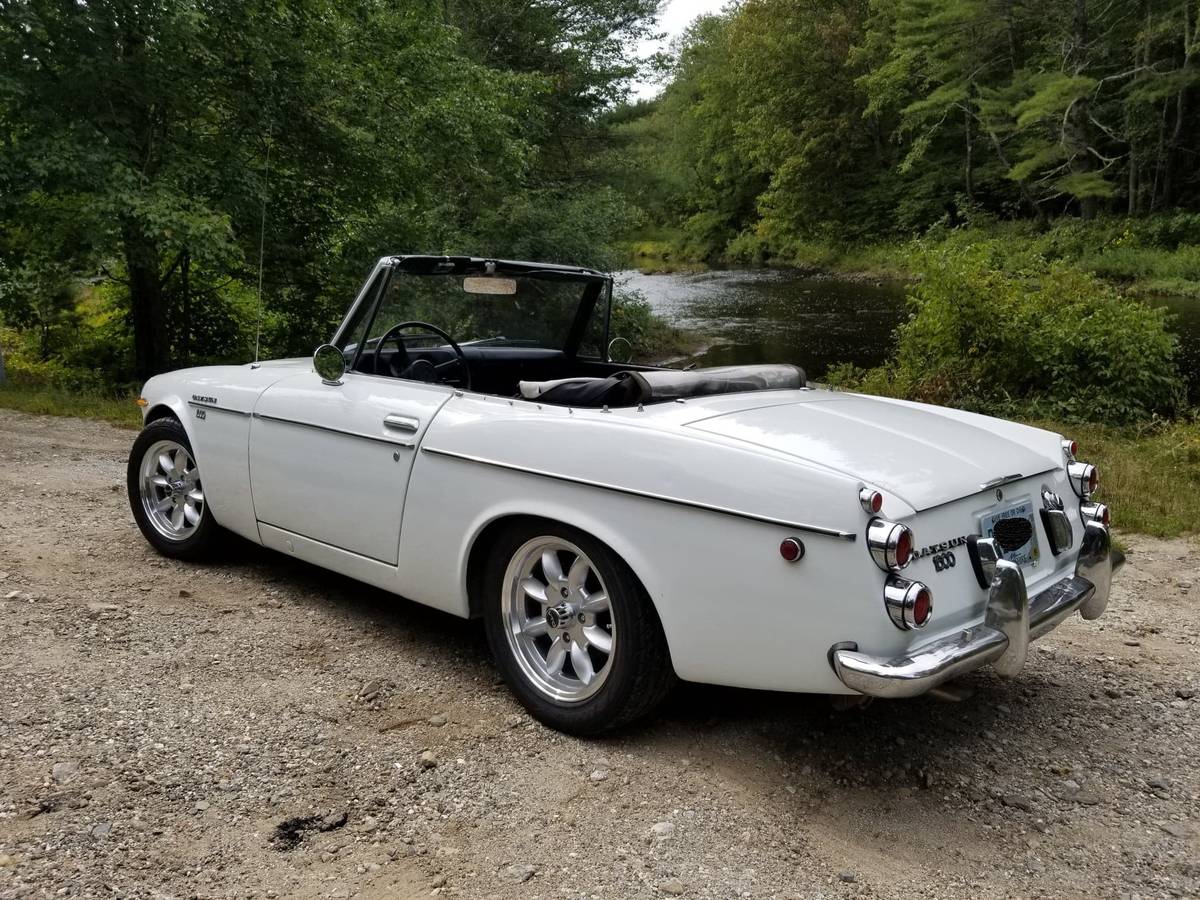 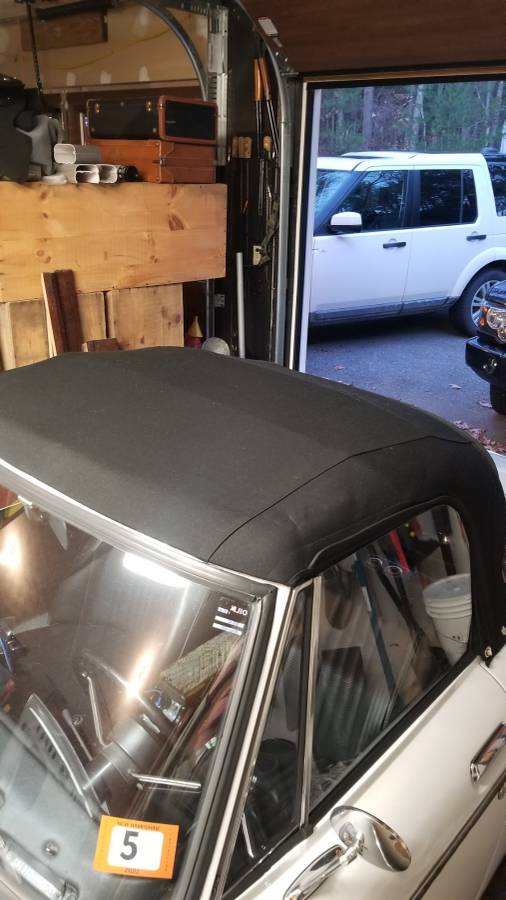 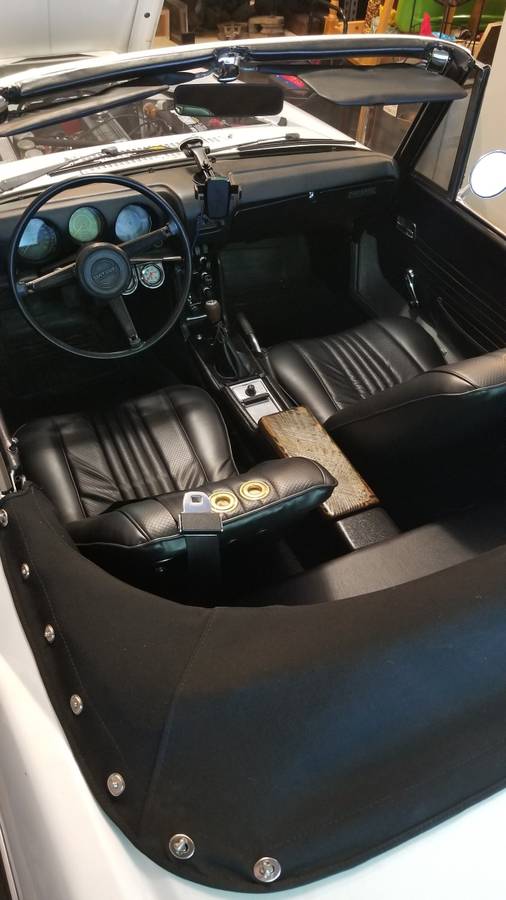 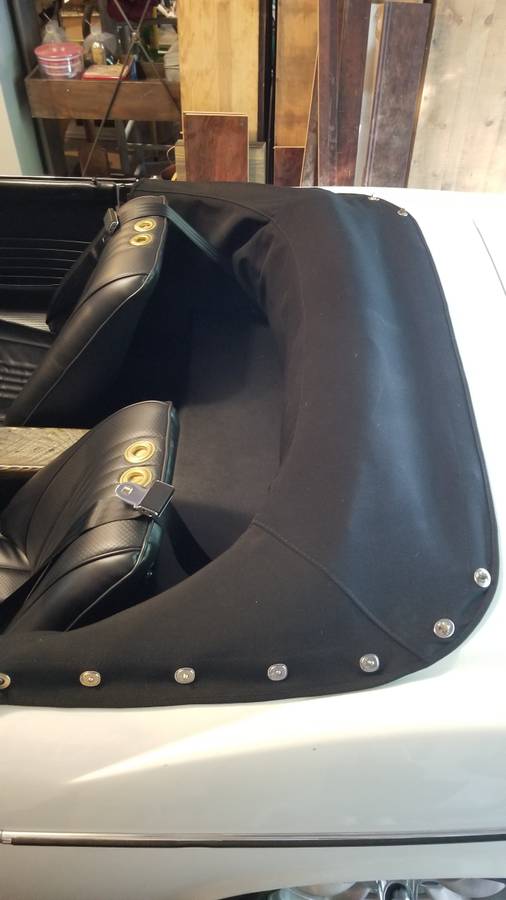 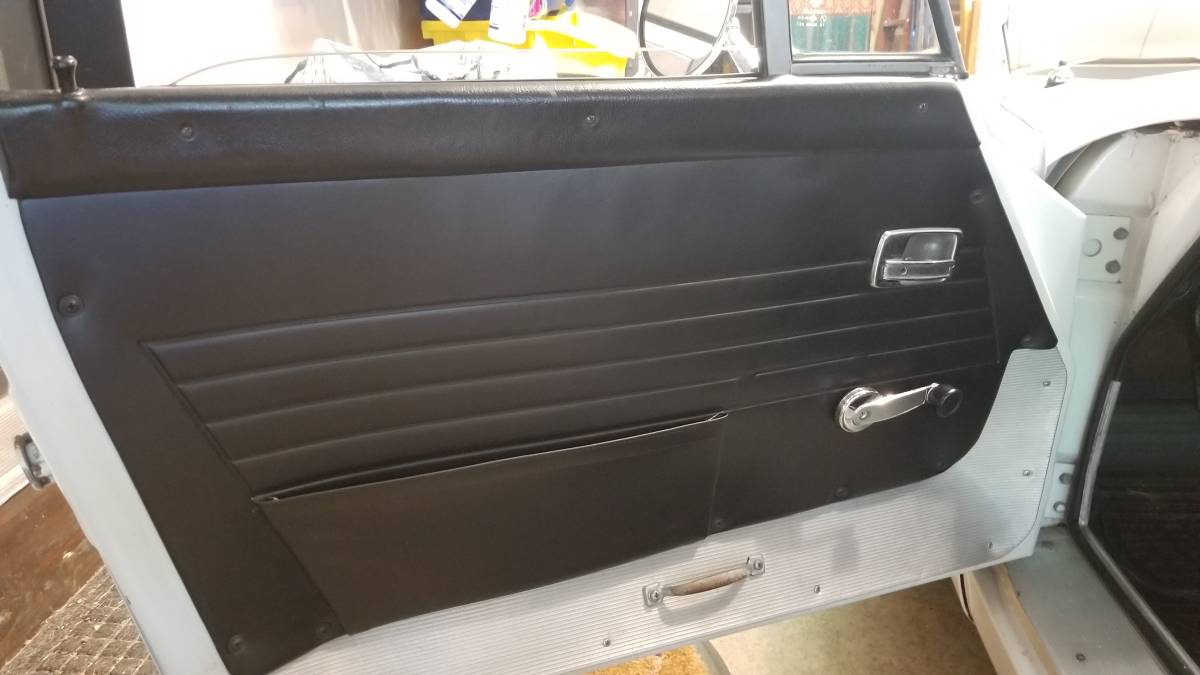 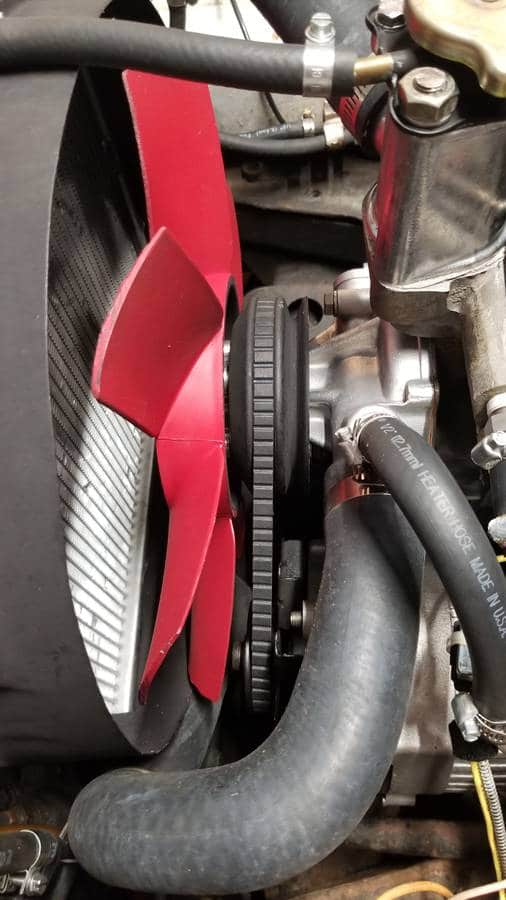 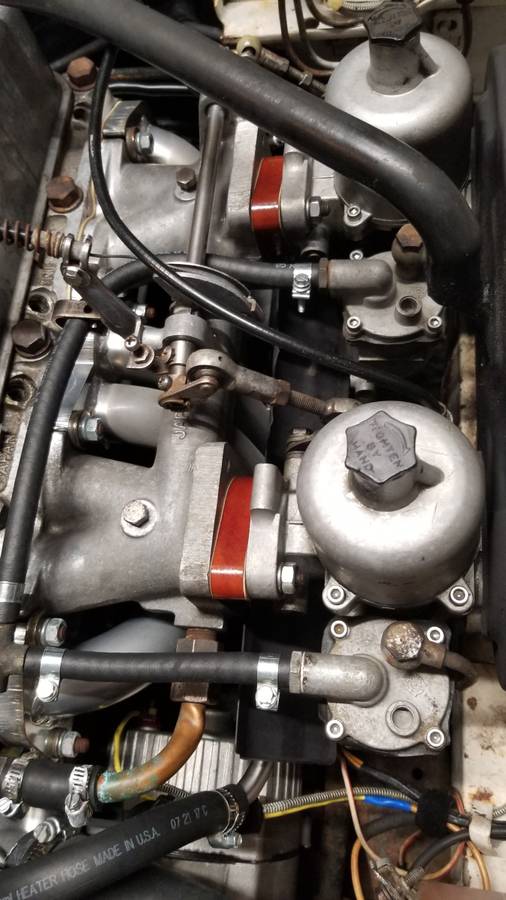 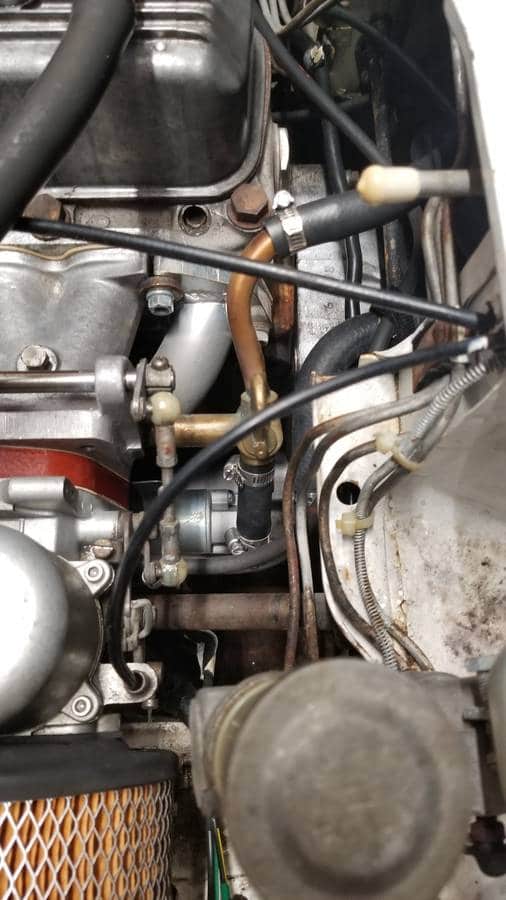 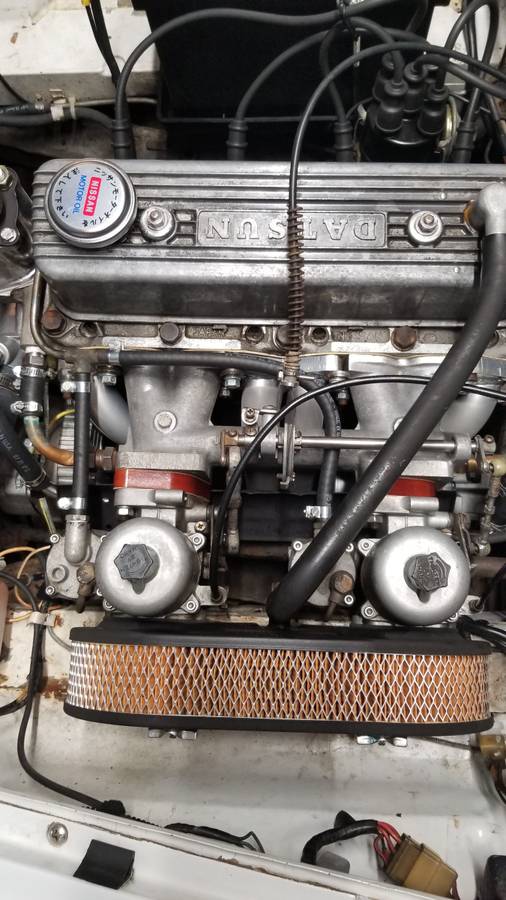 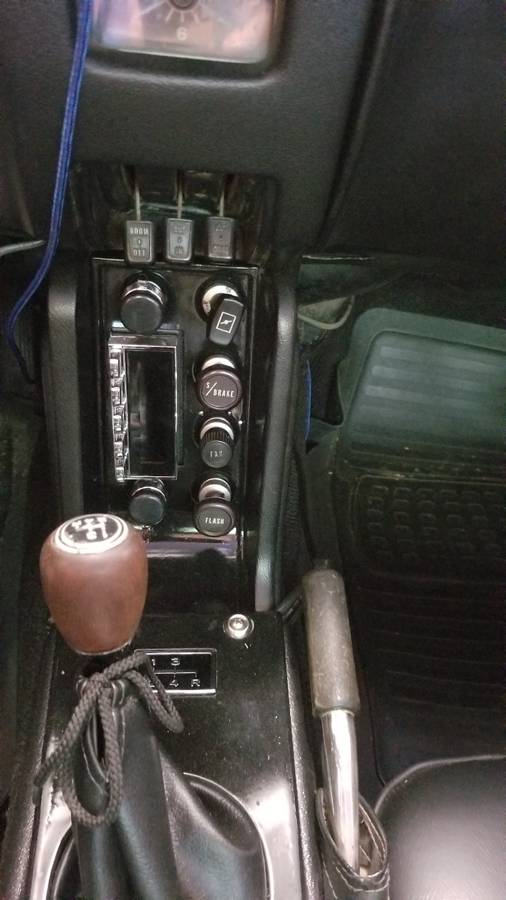 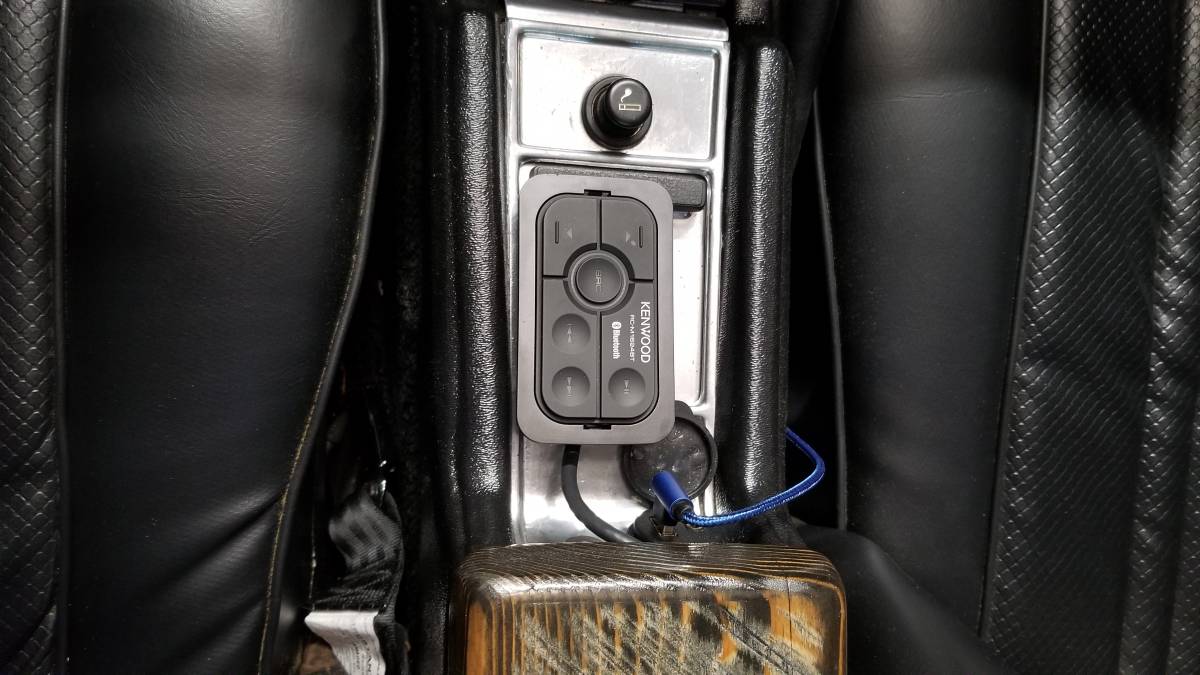 March 10, 2022, Update – We confirmed the seller of this “Classifind” deleted their listing, so we’re now able to call this one “SOLD!” While this one got away, please reach out either by email or call us directly if you’d like to be informed when we come across something similar.

Contrary to popular belief by younger enthusiasts, Datsun’s first sports car was not the 240 of 1970 but rather their Fairlady roadsters produced through the 1960s in several forms. Our latest example is this White-over-black 1969 Datsun 1600 Roadster originally listed in February 2022 on Craigslist in Amherst, New Hamshire (Nashua) features “too many new parts to list” and while very driveable in its current state, the seller believes a repaint will have the next owner enjoying the car for many years to come.

Currently offered for $14,000, comparing that price against the Hagerty Insurance Online Valuation Tool confirms the private seller has their Fairlady priced between this guide’s #4 “Fair” (Daily Driver) estimate of $8,900 and its #3 “Good” appraisal of $17,600.  Similarly, the  Collector Car Market Review Online Tool reveals the seller’s ask falls between this guide’s #3 “Good” estimate of $9,250 and its #2 “Very Good” appraisal of $14,700.

The first true Datsun sports car launched in America was known as the Datsun 1500.  Though the 1.5 L SP310 continued in production through January 1965, a new 1.6 L R16-powered SPL311 replaced 1500 in March 1965. The restyling was executed in part by Count Albrecht Goertz, who would later be involved with designing the first Fairlady Z. Marketed as the Fairlady 1600, or the Datsun Sports 1600 in many export markets including North America, it featured 14-inch wheels and minor exterior changes. The SPL311 was also known as the “Roadster” on the West Coast of the United States. The front suspension was independent, utilizing coil springs over hydraulic shocks. The rear suspension was a common leaf springs design, dampened with hydraulic shocks. The 1600 SPL311 came with a pair of SU carburetors. The R16 inline four-cylinder engine produced 96 horsepower. Early SPL311 came with a high compression engine that had three main bearings, hydraulic lifters, a cast-iron block, and a cast-iron head. The timing of the distributor could be easily adjusted to reduce pre-ignition knock and thereby tune for questionable quality gasoline. Engines in later SPL311 had 5 main bearings and this addressed a design weakness. The top speed for the SPL311 with approximately 91 octane gasoline was approximately 105 mph. The axle gearing suffered from design limitations and Datsun performance parts offered a cooling system as a retrofit. Steering utilized a worm gear design. The hood badge said “Datsun” in individual letters, the rear badge said “Datsun 1600”, and the side badges said “Fairlady” (Japanese market) or “Datsun 1600” (export market). The SP311 continued in production alongside the later 2000 model through April 1970.

The sprisomotorsports YouTube Channel features this great vintage racing footage of the 1969 AARC Championship at Daytona that happens to feature Datsun roadsters shining in their class:

With spring just around the corner, we would buy this car and enjoy it all year while we line up a capable body shop to perform a respray over next winter.

Purrs like a kitten and looks great going down the road. Too many new parts to list everything, but I’ve put in a new canvas top, seats, door panels, brakes, water pump, alternator, starter, rear leaf springs, clutch master/slave cylinders, thermostat, battery, dash knobs/bulbs, new bluetooth AM/FM radio with amp, and much more. I have lots of extra parts in the garage as well that go with the car including owners manuals. Have title.

The body will require a repaint. Has some cracks and old Bondo that will need rework from a previous owner. Minimal rust. Only surface rust on the frame, no rot. If you’re willing to send this car to a paint/body shop, you’ll have a great car for many many years to come!”

Do you have a Datsun Fairlady Roadster story to share?  If so, comment below and let us know!