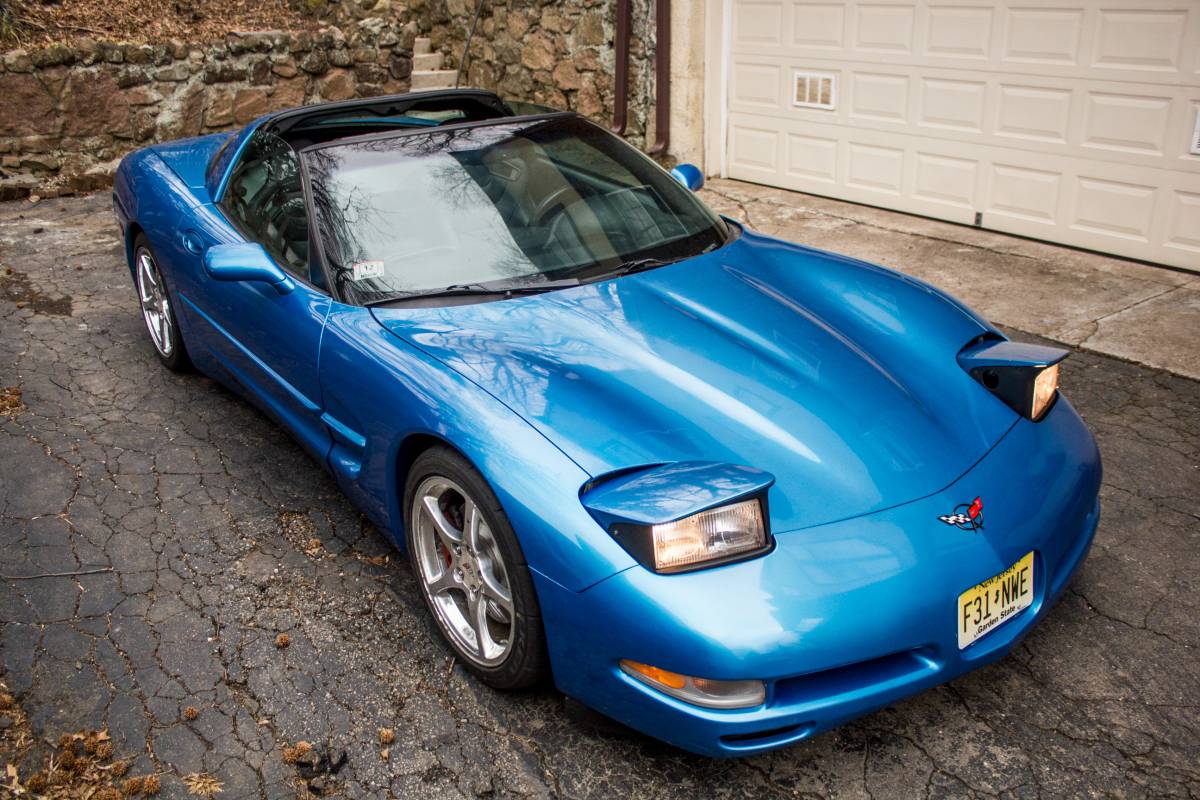 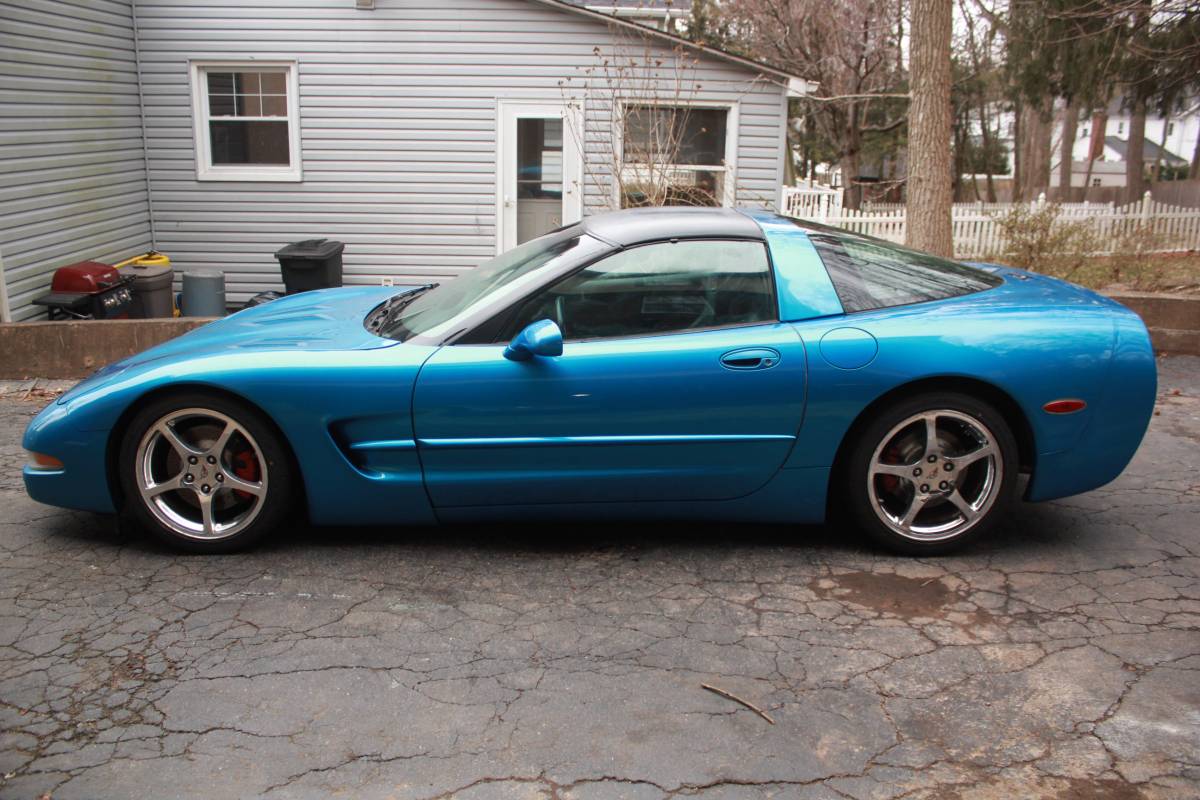 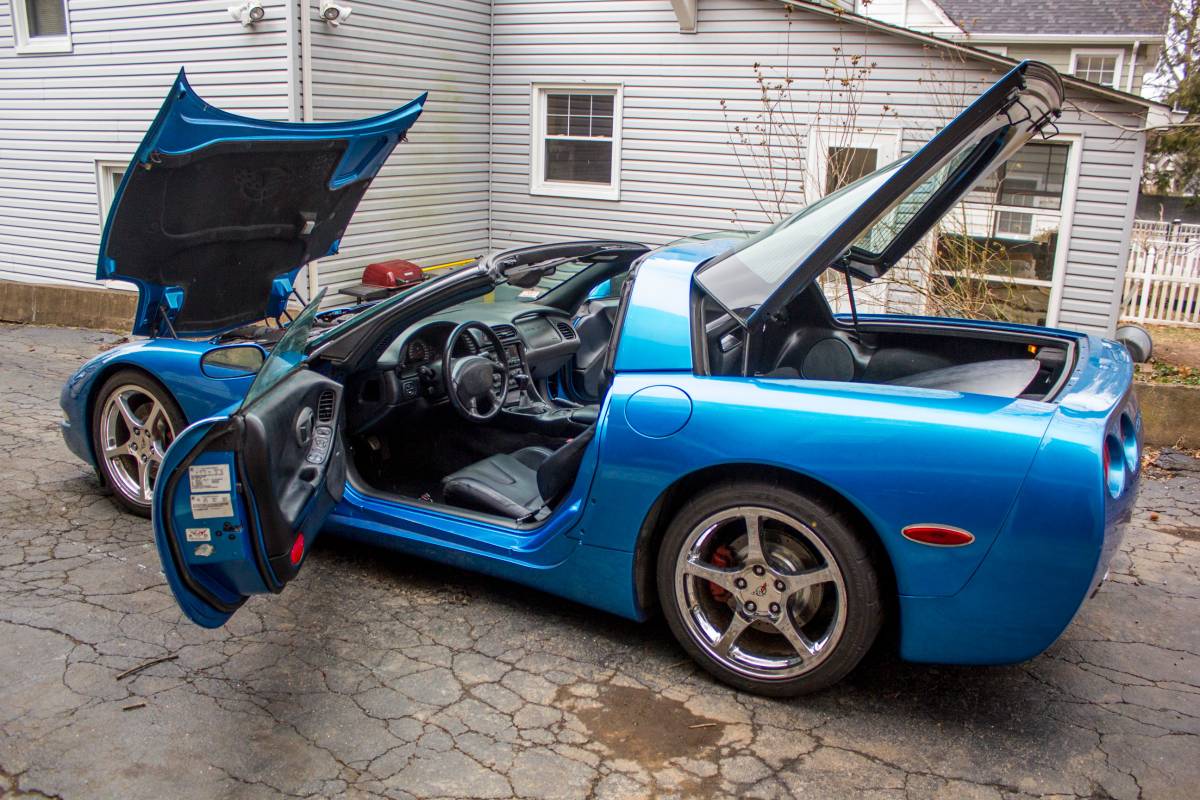 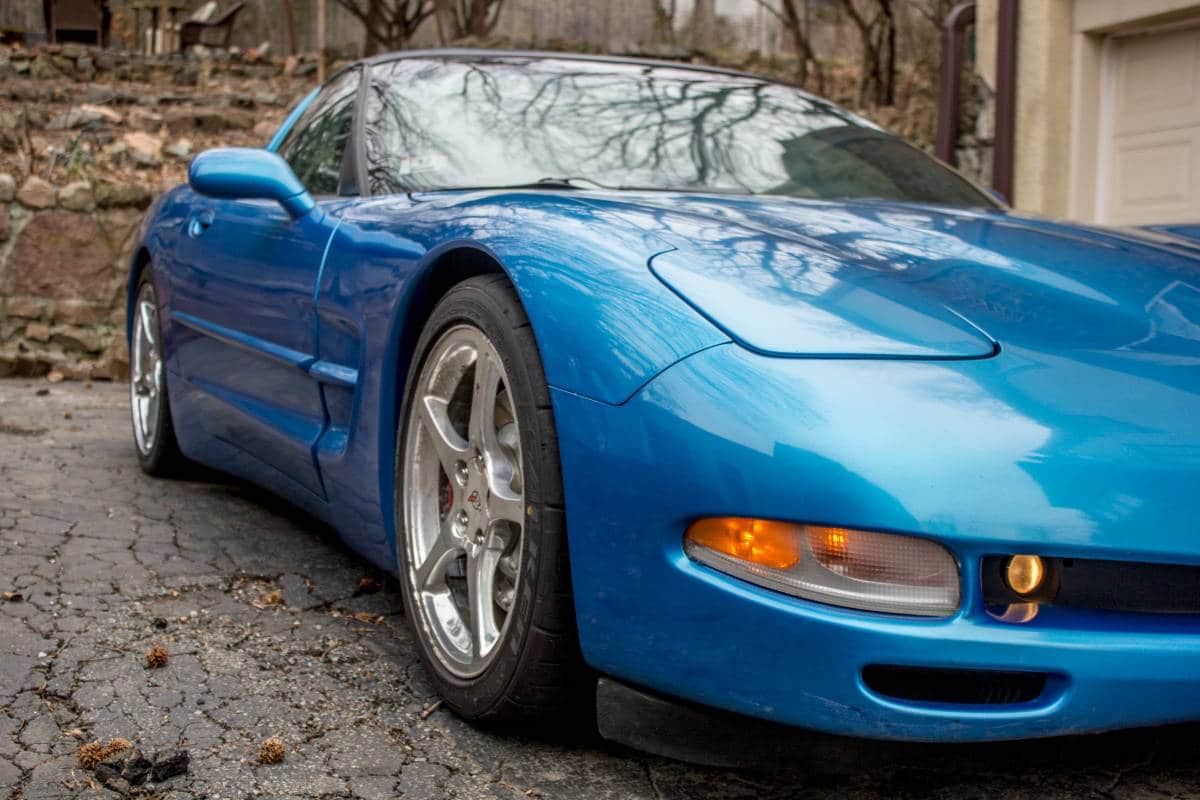 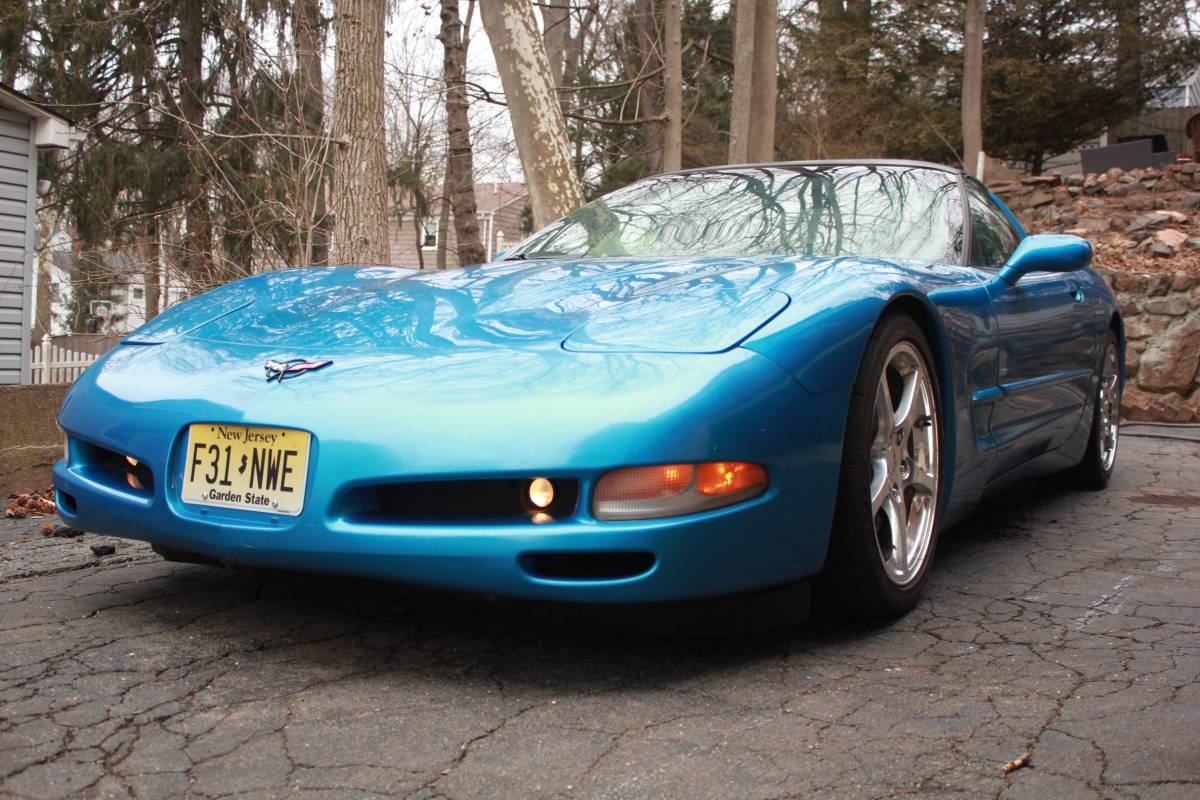 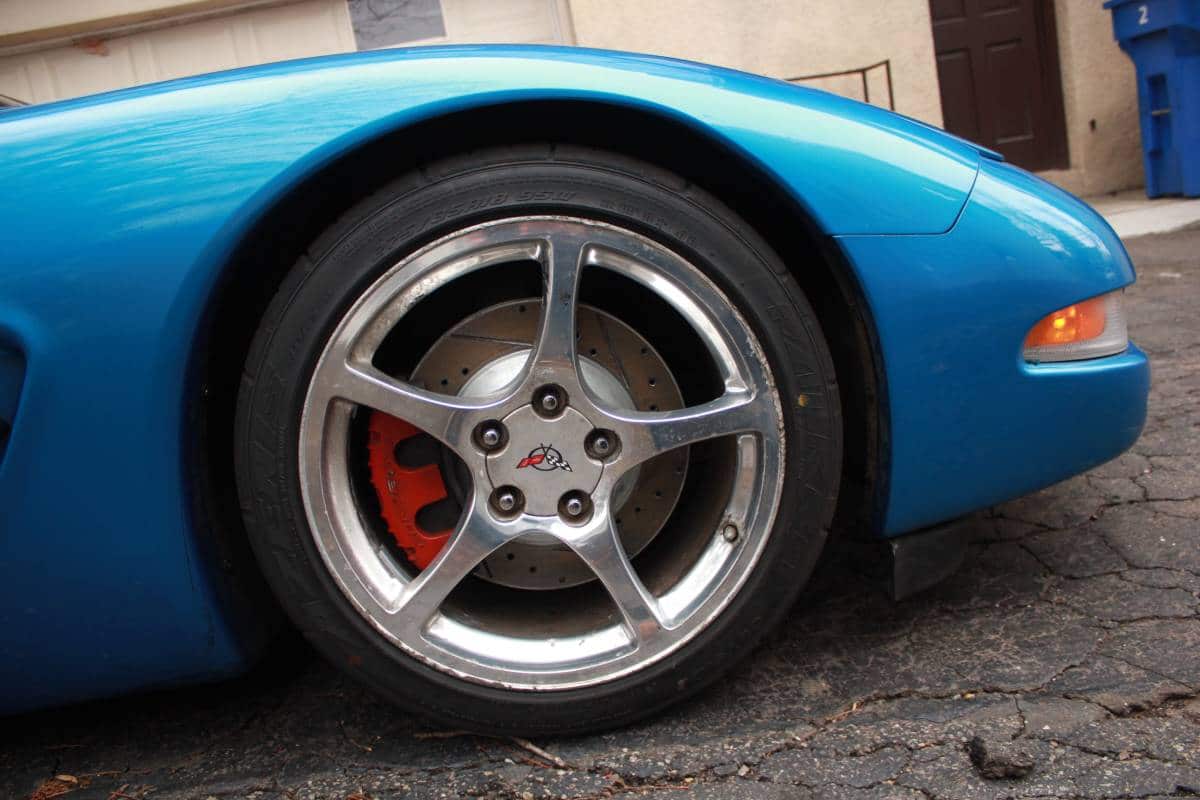 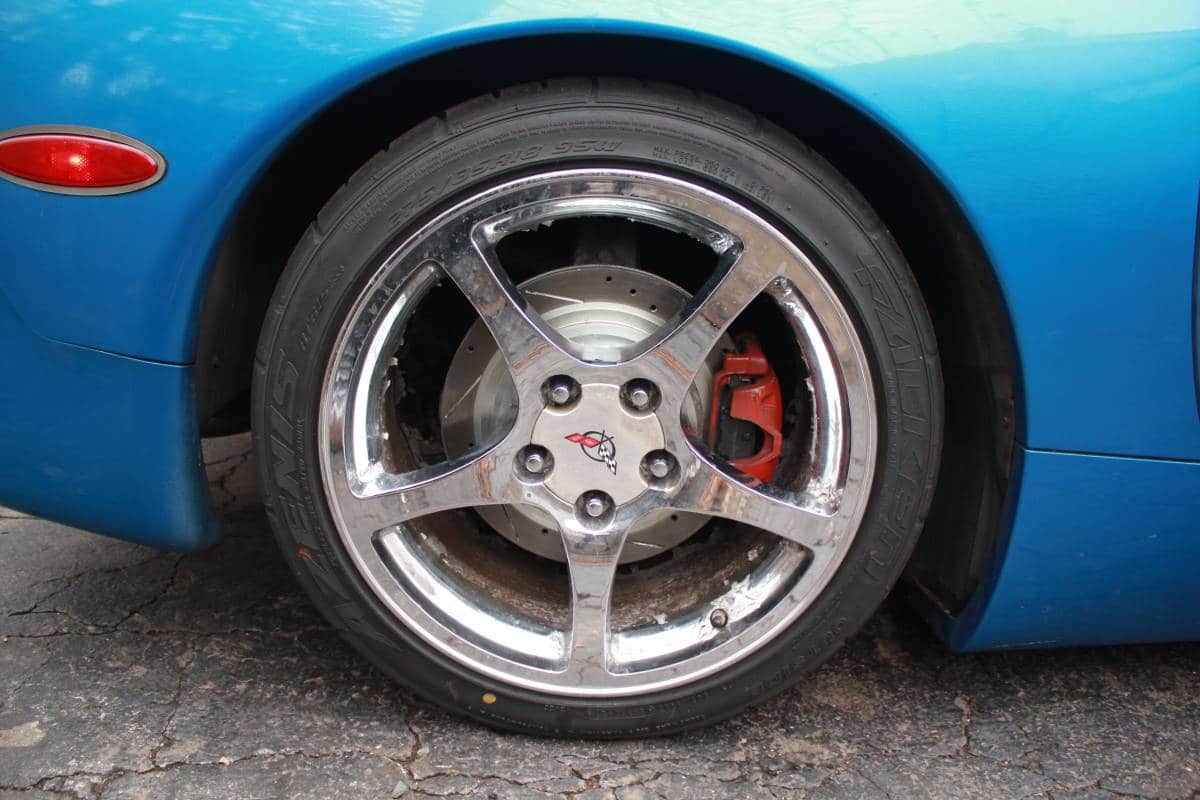 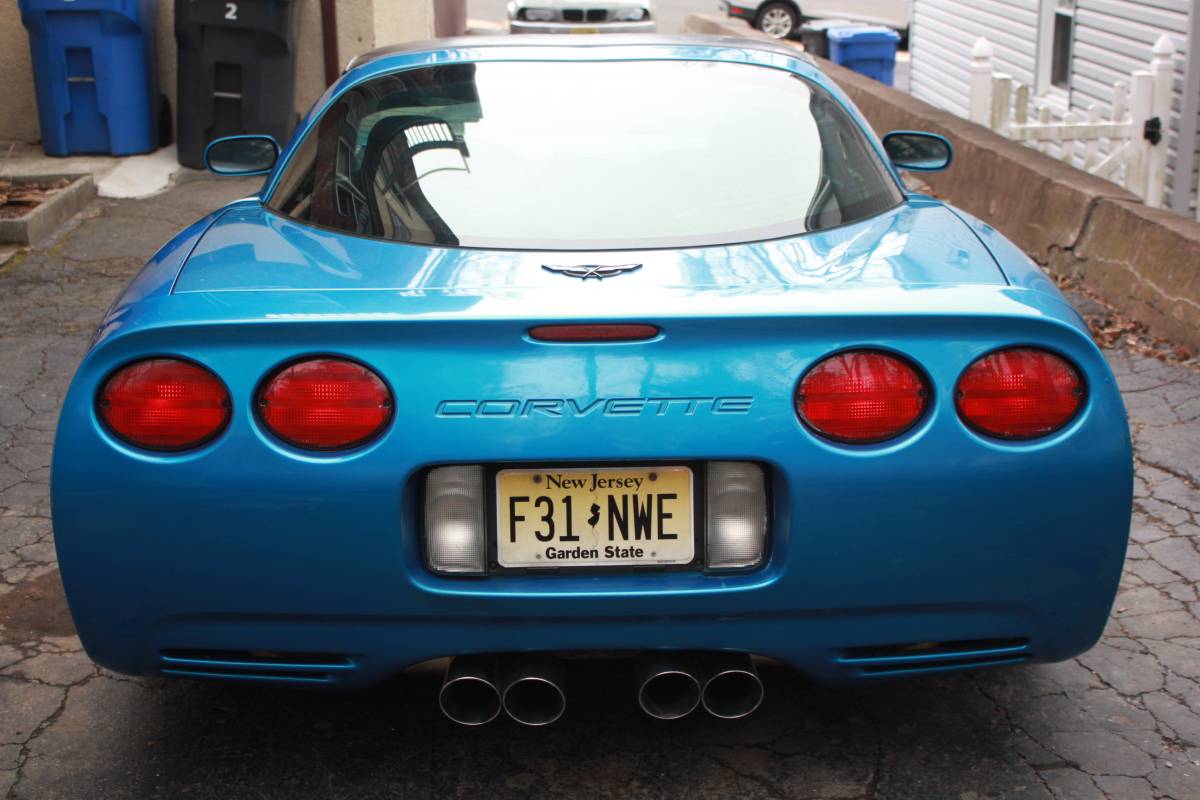 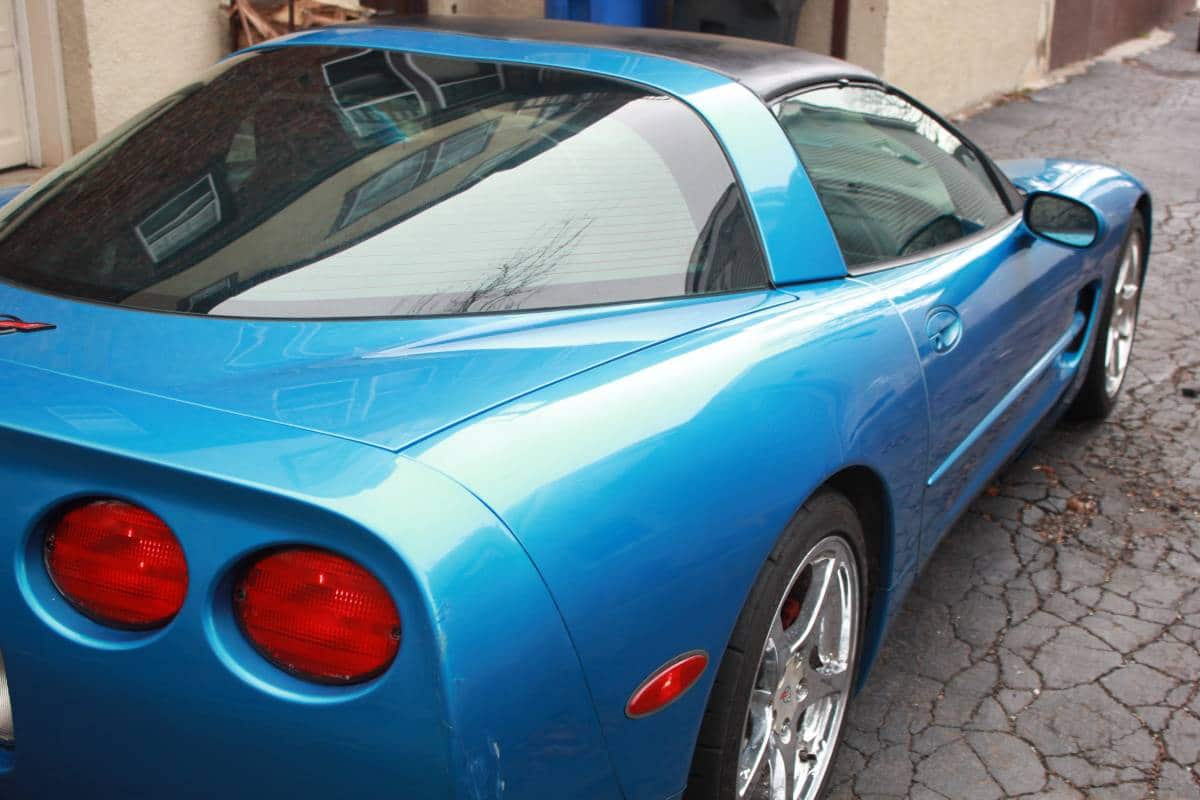 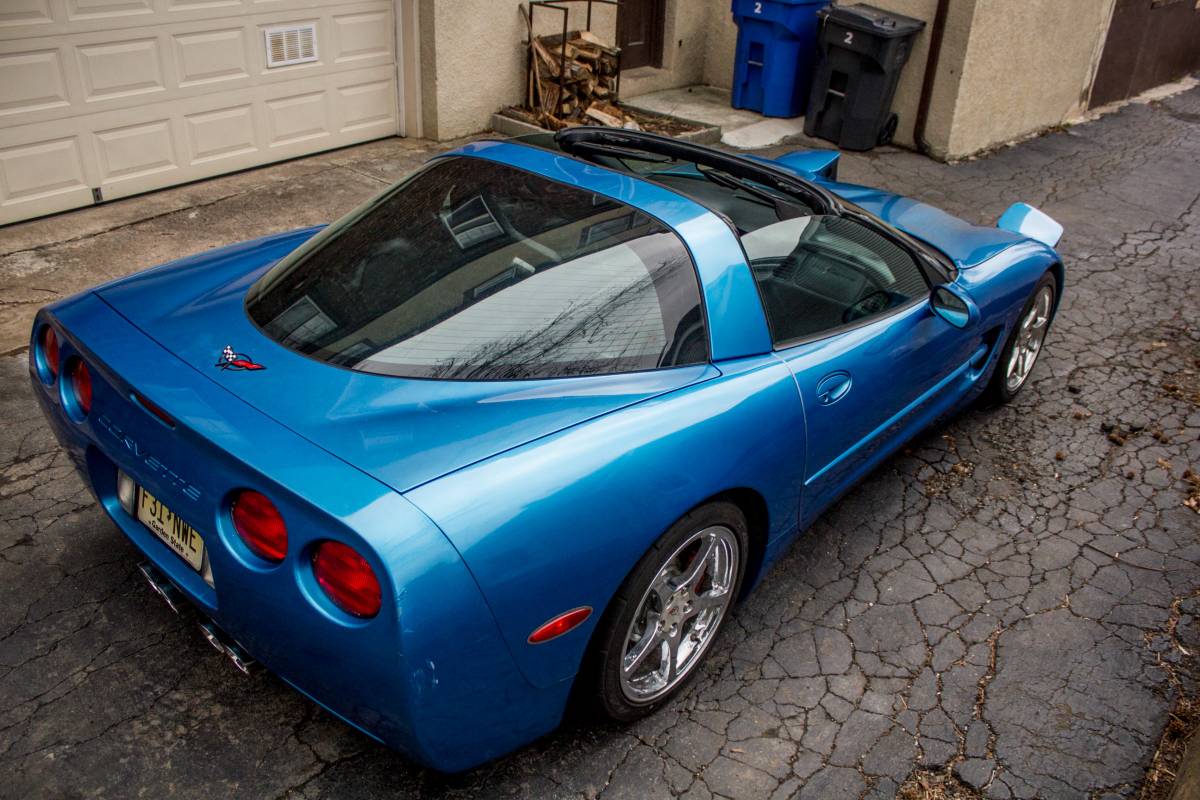 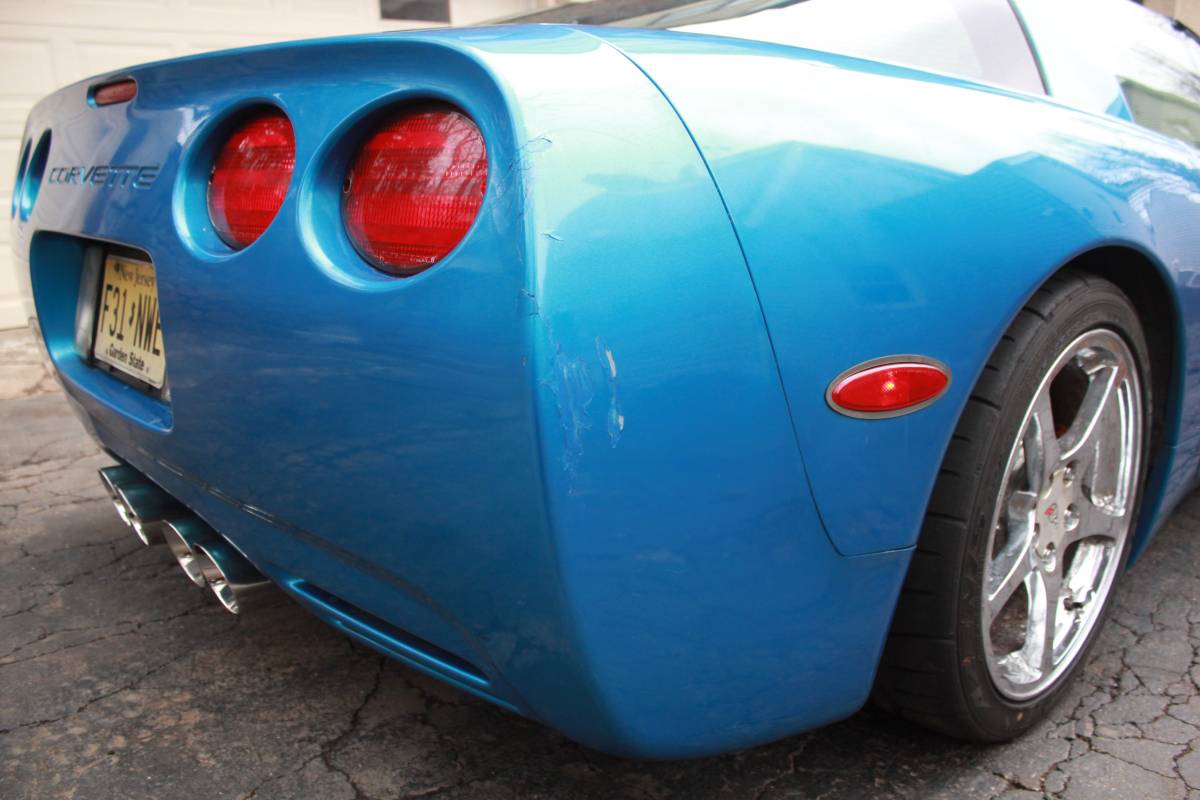 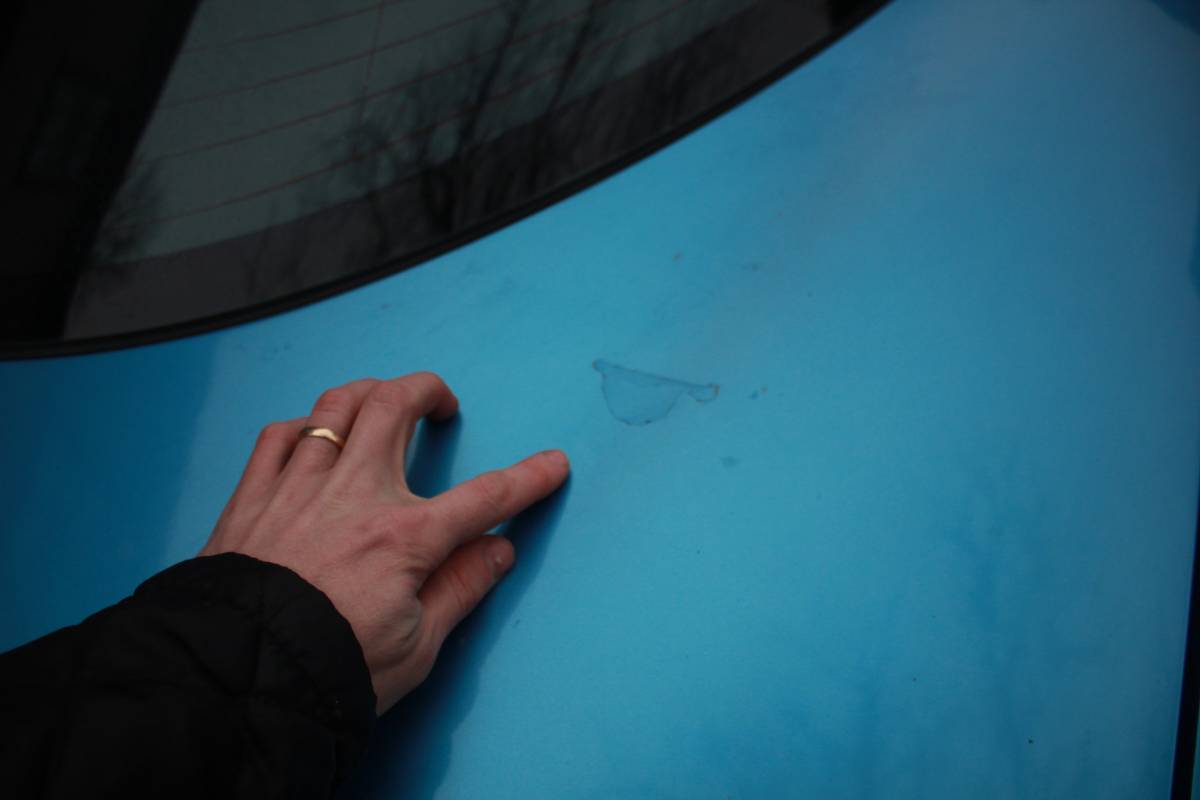 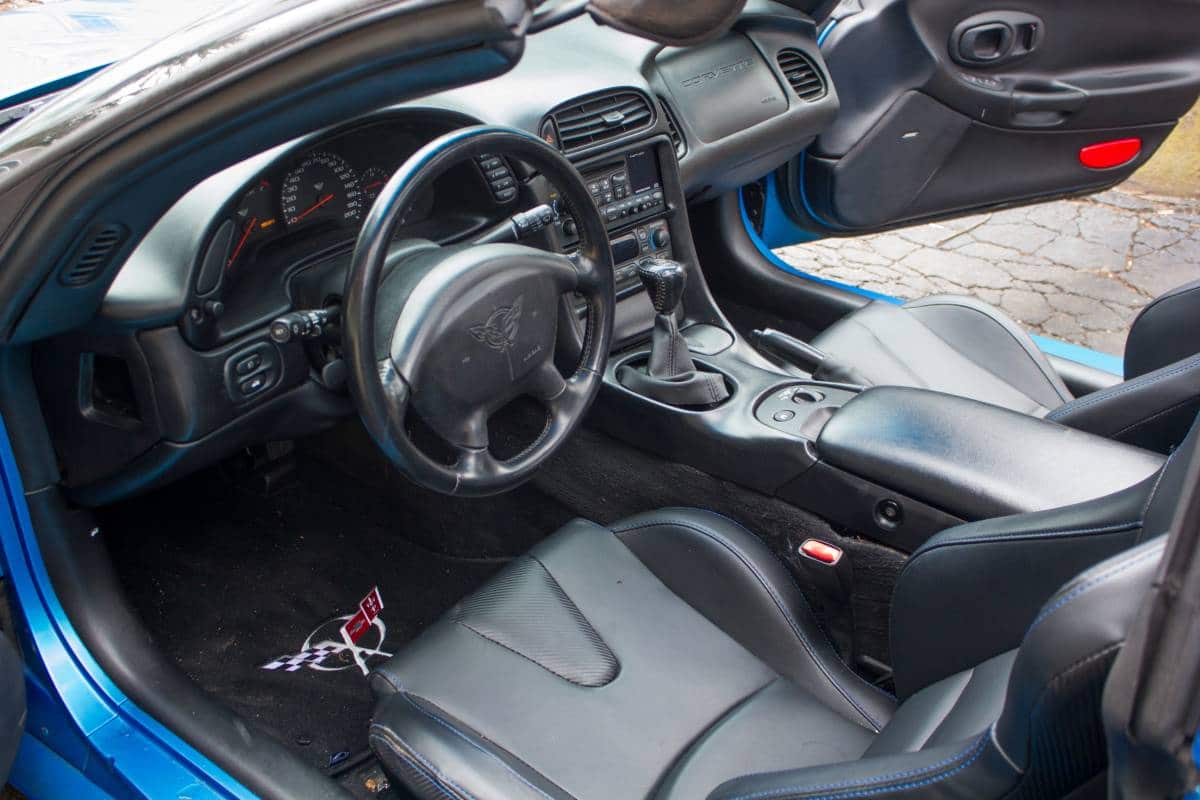 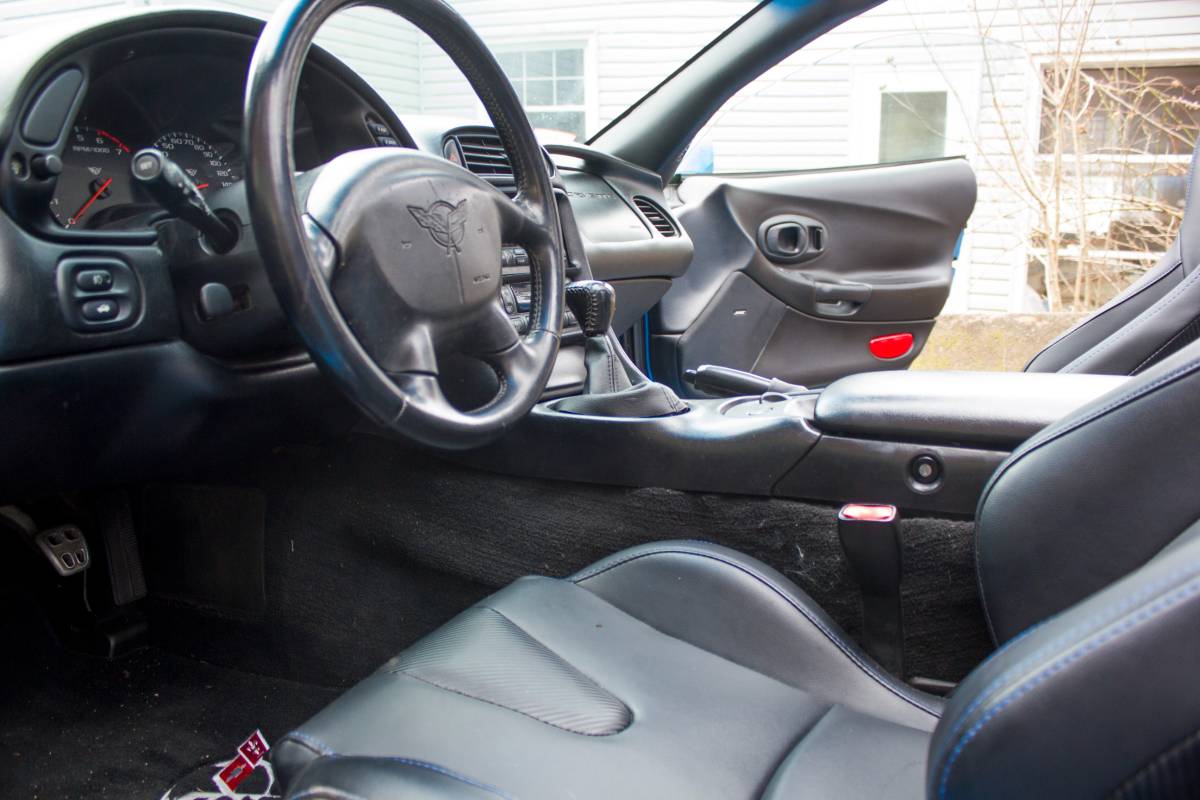 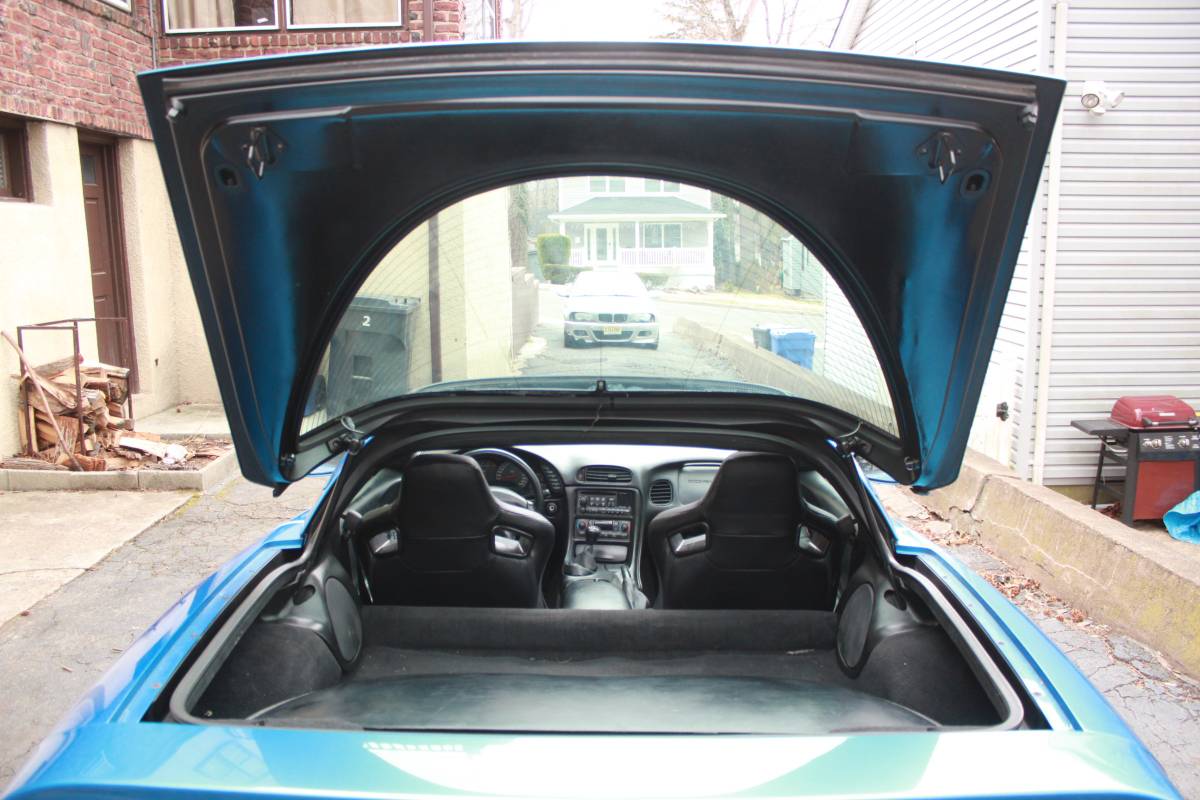 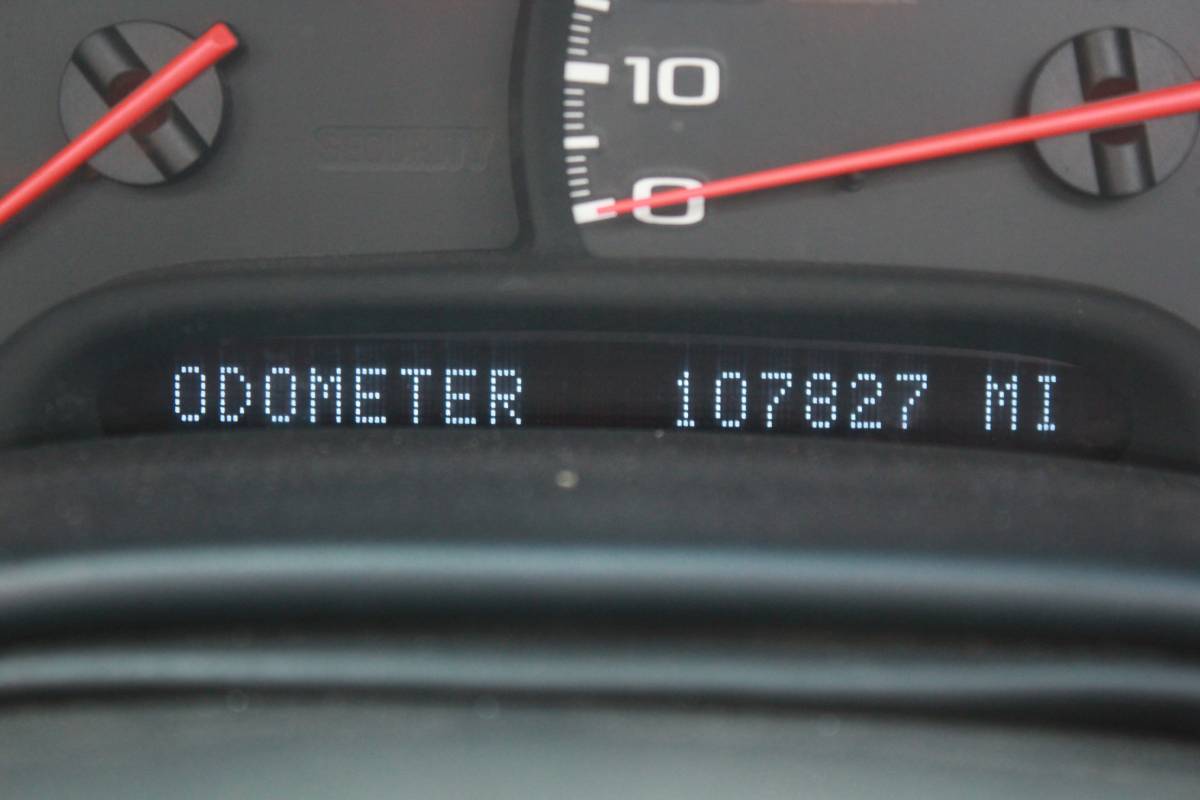 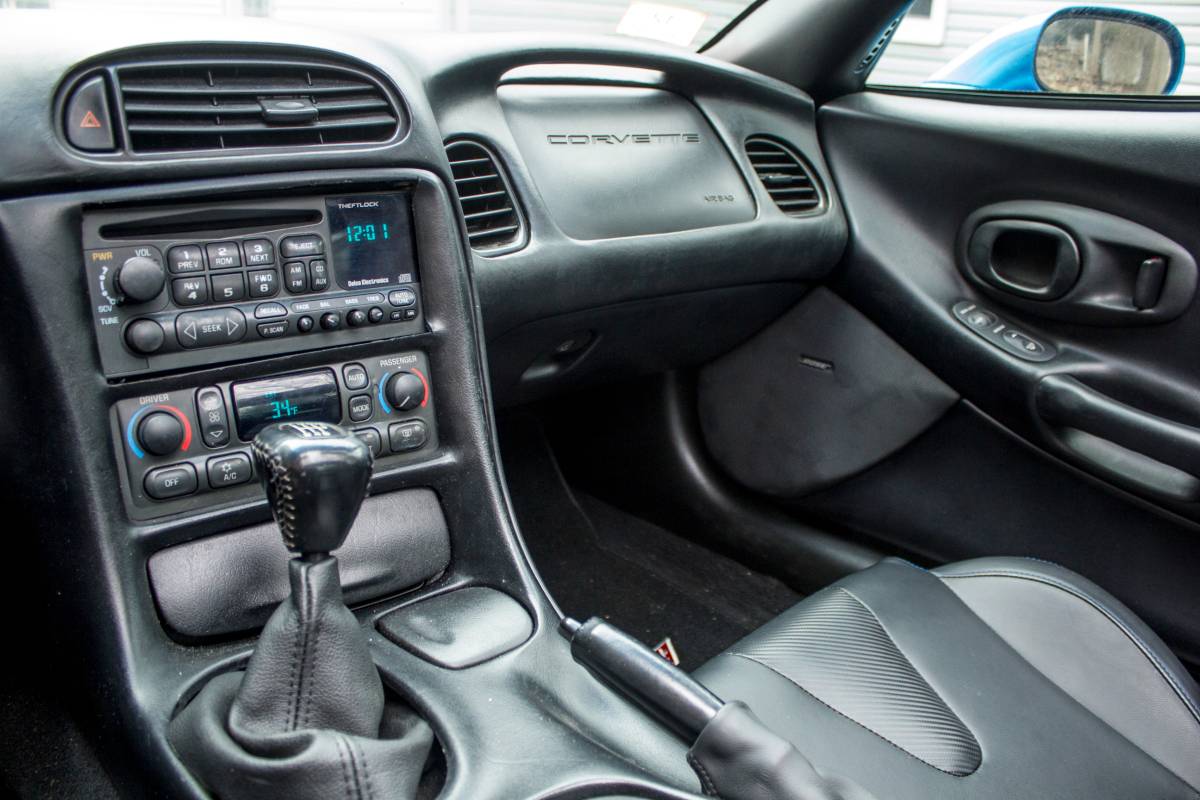 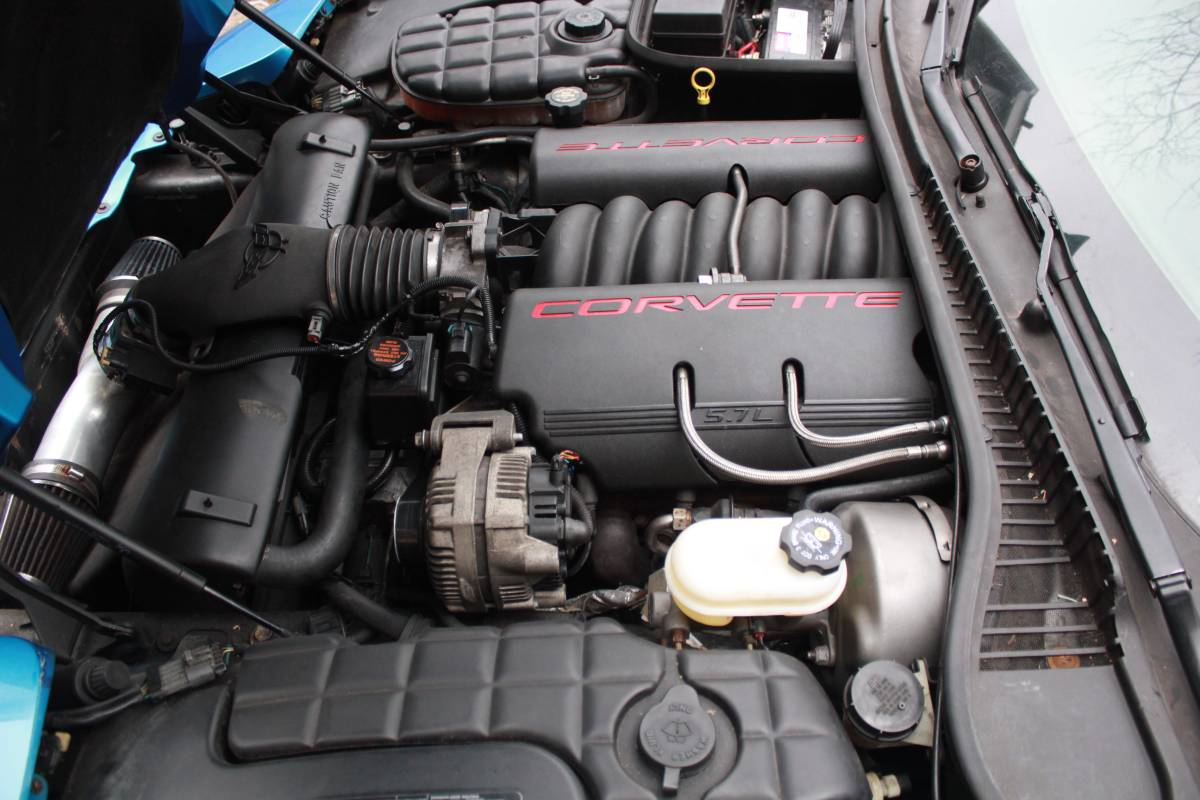 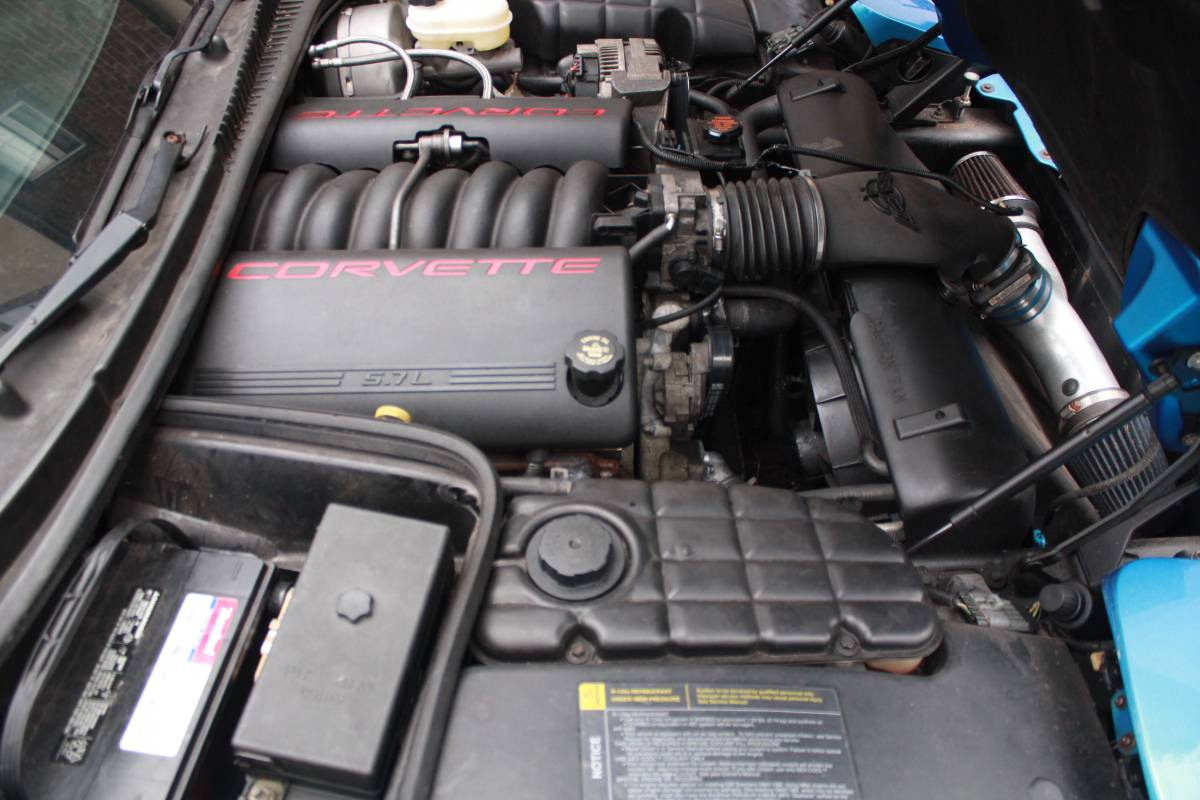 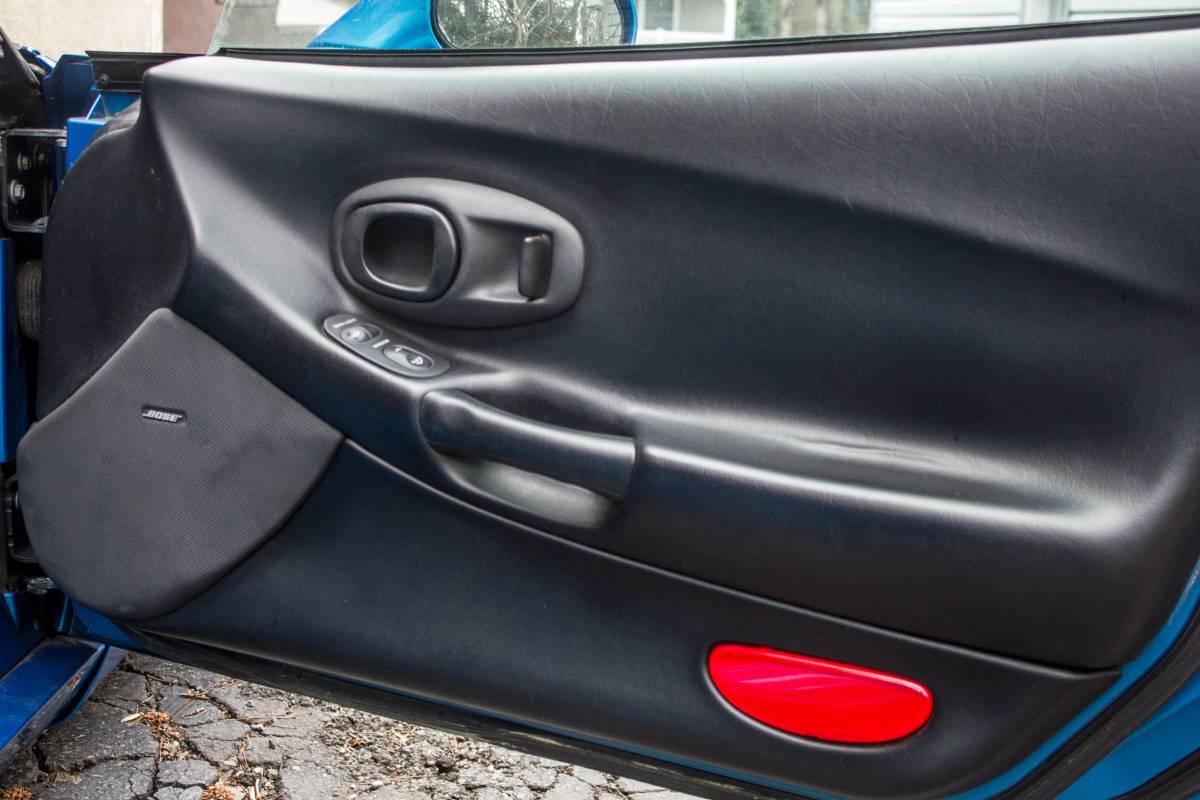 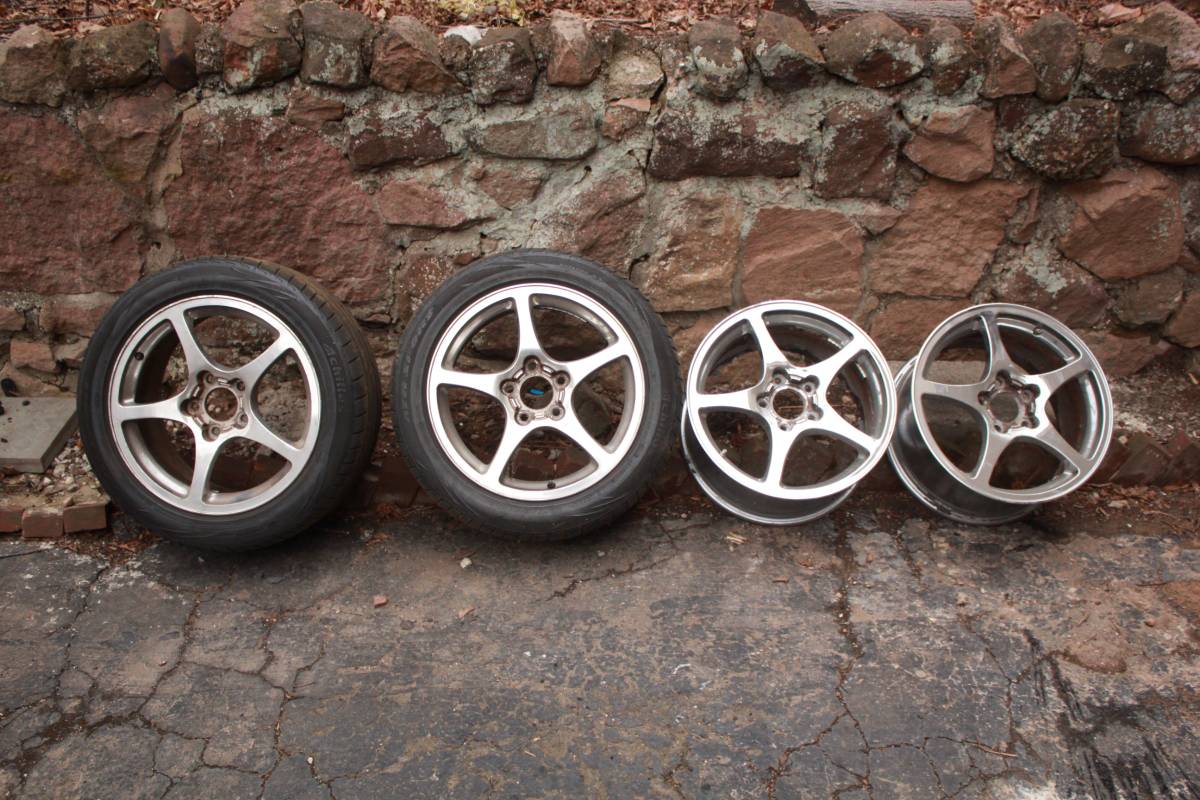 Before the C5 version launched for the 1997 model year, few consumers would use the terms “Daily Drive” and “Corvette” in the same sentence. A lack of comfort and storage room relegated most C1-C4 Corvettes to weekend, fun car duty.  All that changed with the C5 Corvette as both the coupe and convertible offered a comfortable ride as well as the ability to store a weekend’s worth of luggage for two passengers.  The nearly 108K miles on this 1998 Chevrolet Corvette originally listed in March 2022 on Craigslist in Englewood, New Jersey (Newark) combined with replacement seats serve as proof this Corvette likely served as at least one owner’s daily transportation for part of its life.

A driver-quality example with blemishes detailed by the seller, comparing that price against the Hagerty Insurance Online Valuation Tool confirms the private seller has their Corvette priced between this guide’s #4 “Fair” (Daily Driver) estimate of $10,000 and its #3 “Good” appraisal of $19,700.

The Corvette C5 wasn’t supposed to happen.  By 1992 the now eight-year-old C4 Corvette was selling poorly and with GM not doing very well as a whole, funding and resources for that car’s badly needed replacement ended up getting redirected to higher volume endeavors.  It took the entrepreneurial spirit of true car guys Joe Spielman, Russ McLean, and Jim Perkins to work the internal GM system with possible career-ending creative funding to build the C5 prototype with its hydroformed steel frame and rear-mounted transaxle hidden under a C4 body.  Providing senior leaders with convincing rides in that prototype combined with passionate presentations of why GM had to keep Corvette going, albeit more profitably, convinced GM’s North American Strategic Board (“NASB”) to give the green light for the C5 program in 1994 to enter production for the 1997 model year.  Produced from 1997 through 2004, the C5 Corvette was a major move forward the brand in terms of performance, noise, vibration, and harshness (“NVH”), handling, and passenger comfort.  The investment paid off as the C5 Corvette would up being one GM’s few brights spots during that period.

The C5 Corvette featured a hydroformed box frame, a design that offered an improved structural platform, especially for a convertible body style. Engineers relocated the transmission to above the rear axle line to form an integrated, rear-mounted transaxle assembly to improve handling and increase interior space. Connected to the all-new LS1 engine via a torque tube, the engine/transmission arrangement enabled a 50-50% front-rear weight distribution. The now-legendary LS1 engine initially produced 345 horsepower that was now mated to Borg-Warner T-56 6-speed to provide a 175 mile per hour top speed. Relative to the C4, the new platform and structural design substantially reduced squeaks and rattles.

The C5 Corvette launched in 1997 with only a Targa-topped coupe.  The model year 1998 saw the introduction of the convertible version (the first Corvette to offer a trunk since 1962) in the fall followed by the launch of the Fixed Roof Coupe (“FRC”) in the spring. The LS1-powered C5 Corvette could return excellent fuel economy when the driver kept their right foot off the gas.  In fact, the manual-equipped car is capable of achieving nearly 30 miles per gallon on the highway.  However, when fuel economy didn’t matter to the driver, the C5 Corvette achieved a very respectable 0-60 time of 4.5 seconds and could do the standing quarter-mile in the low 13s.

Unlike its traditional fiberglass-bodied predecessors, the C5’s modular body panels use a lightweight Sheet Molded Composite (“SMC”), a type of fiberglass that is blended and bonded with plastics. SMC provides better protection against direct blows because it is very stiff and will not dent. The floorboards on the C5 are a composite consisting of SMC with balsa wood in the middle. Balsa wood was chosen for its stiffness, lightweight, and sound absorption qualities. The all-aluminum LS1 overhead valve engine is much lighter than its bi-metal (cast-iron block, aluminum heads) predecessor, the LT1, and provides for a much lower hood line when compared to an overhead cam design of relative displacement. The composite leaf springs are much lighter and sit much lower than typical coil springs and help provide the C5 with its smooth ride characteristics and low ride height.

When production ended in 2004, both the C5 Corvette and the Lotus Espirit earned the distinction of being the last production cars to feature pop-up headlights.

“The car speaks for itself. True modern classic beauty. Very desirable manual gearbox, targa top and rare nassau blue combination. This is a true driver’s car and is immensely fun to drive.

Car has been in my garage covered up on a battery tender. I am moving and can’t take the car with me, and I’m looking for a new owner who will take care of it. Clean title in my name.

Cosmetically it’s solid, and it does show its age a bit with some very small body imperfections. There is a ding on the right of the rear bumper, photo included. Rims are peeling a bit but are decent. Targa top could use a clear coat but again not necessary.

Mechanically it is great. When you start up the car and hit the gas pedal, all those cosmetic imperfections seem infinitely unimportant. There is a $1,500 BB performance exhaust system installed on the car which sounds like a symphonic orchestra of American muscles flexing in synchronization. It is a very very sweet sound.

There is a small bug with the evap system (fuel gauge goes to zero, couple fuel system check engine codes). Common with earlty C5s. Don’t have time to do this, my loss your gain. Could be as simple as a few cans of techron fuel additive. The HVAC system also has a couple quirks.

I purchased a backup set of rims, and I installed the four rear rims on all four corners the car. The car therefore has a square 18-inch setup (which is what the spec C5 guys do) with hardly-used Falken Azenis tires (cost over $1,000). The four 17-inch front rims are included with the purchase of the car.

There has been extensive work done to this car, over five thousand dollars invested to keep it running, handling and stopping as a Corvette should. I have all the receipts for everything in a binder. I’ve owned the car since last May and all the work below has been within the last year.

After owning this car for a while, driving and maintaining it, I have a few recommendations for this car and all of its wonderful quirks:
• Avoid the rain (infamous electrical grounding issues with all C5’s)
• Use Chevron Techron fuel system cleaner every thousand miles or so. The fuel level sensors in the gas tanks get gunked up; I think that’s the issue with this car
• Takes a couple turns of the key to start the car, as mentioned potential evap leak, but the car always starts
• Don’t shift into 2nd when under 3K rpms, as mentioned this is the annoying “skip shift” feature on all C5s
• Don’t have any keychains on the key while in ignition; C5’s have an infamous issue with the key cluster. I drive with just the single key and nothing else in the ignition.
• And most importantly, drive it! This pony needs to stretch its legs out every now and again and get that LS1 up to temp and purring. The longest-lasting Vettes are those that are driven

Comes with:
• Four 17-inch front rims, two of them have tires
• Three keys; two chip keys and one dumb key

Please no joy rides; show me the money before you sit in it (literally). I want this to go to a good home. Top dollar for a 98 C5 in excellent condition is around 20-25k (look around on craigslist you’ll find one). The asking price of 17,500 is very reasonable and I won’t go much lower. Text messages are preferred.

Thanks for reading and don’t hesitate to reach out

Do you have a C5 Corvette story to share?  If so, comment below and let us know! 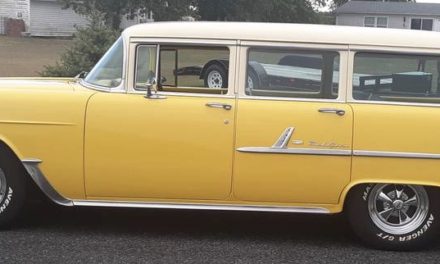 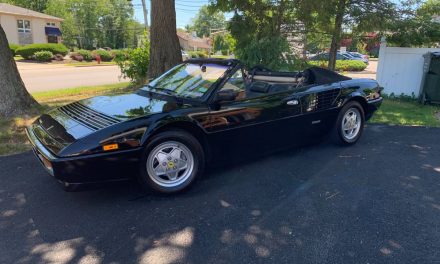 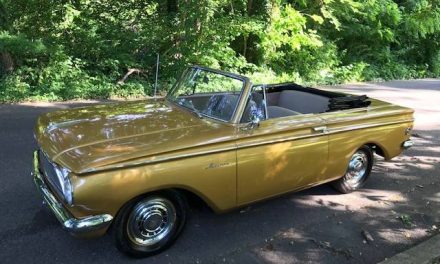 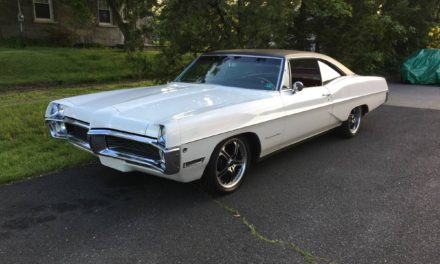