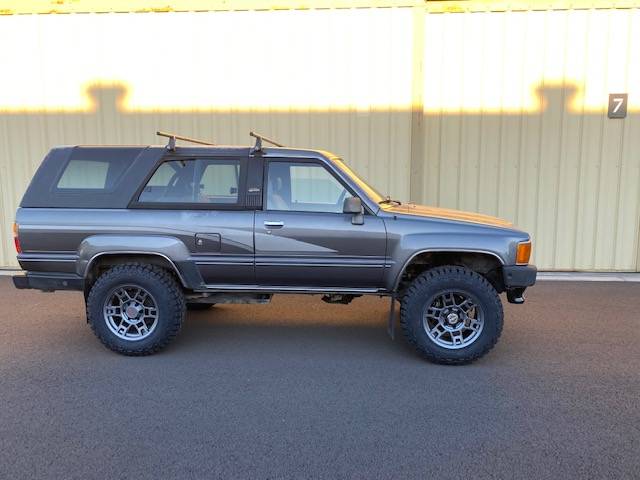 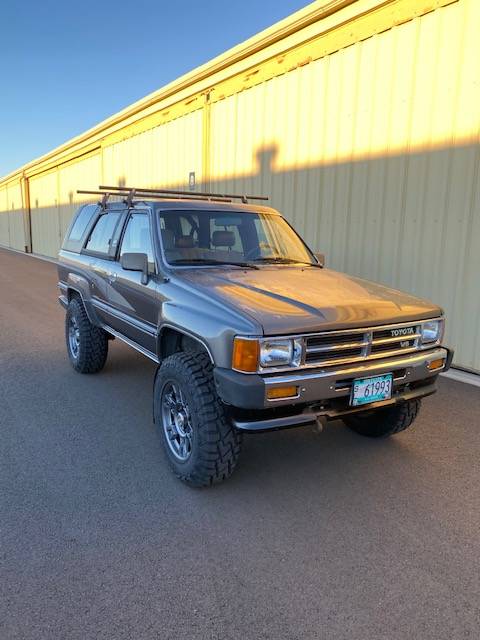 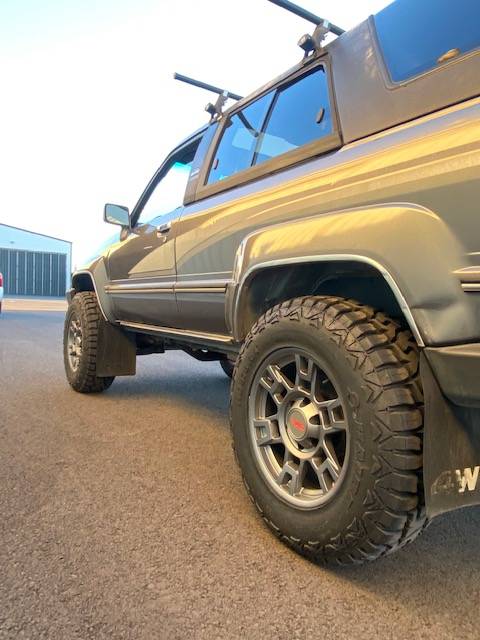 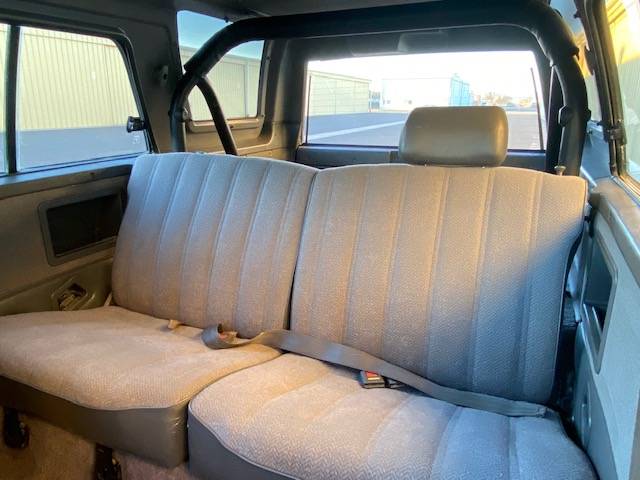 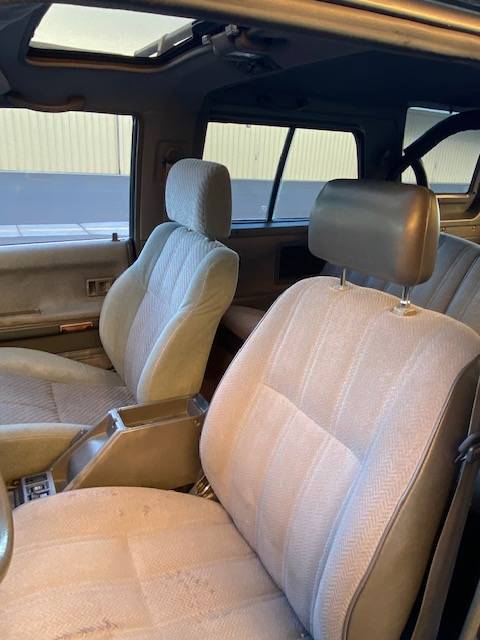 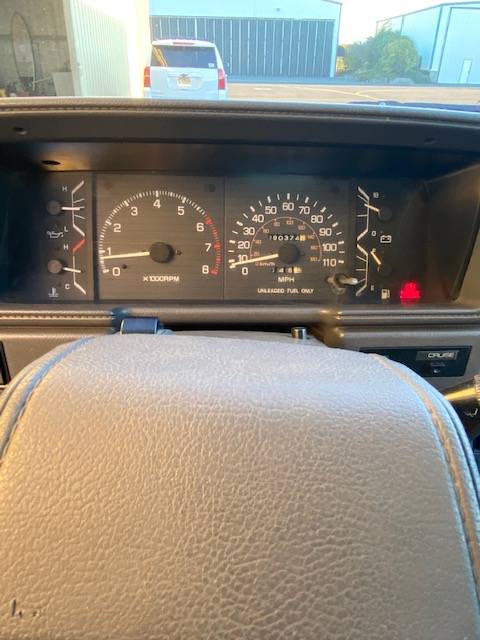 March 7, 2022 Update – We just came across a fresh listing designed to replace the expiring ad for this ’89 4Runner.  While the description and pictures are the same, the seller elected to lower their asking price by two thousand dollars from $13,500 to $11,500.

It’s almost criminal how well car and truck bodies hold up in the dry climates that do not use salt to melt snow-covered roadways.  This V6-powered, 1989 Toyota 4Runner SR5 originally listed in February 2022 on Craigslist in Medford, Oregon is a prime example. The pictures provided appear to show shiny, rust-free which belies the fact this 4Runner has nearly 300,000 miles. As the private seller puts it, “the paint needs help but no rust.” You simply cannot find a first-generation 4Runner like this on the east coast with this many miles that are not in need of serious rust repairs.

Currently offered for $13,500, comparing that price against the Hagerty Insurance Online Valuation Tool reveals the seller’s ask falls between this guide’s #4 “Fair” (Daily Driver) estimate of $5,300 and its #3 “Good” appraisal of $14,300.

For the first generation N60 series Hilux Surf and export specification 4Runner introduced in 1983, Toyota, instead of developing an entirely new model, modified the existing Hilux (N50/N60/N70) with a short-bed pickup body. The Hilux had undergone a major redesign in 1983 for the 1984 model year. Changes included the removal of the panel with an integrated rear window from behind the front seats, the addition of rear seats, and a removable fiberglass canopy. Toyota designer found inspiration in the second-generation Ford Bronco, and the Chevrolet K5 Blazer, both short-bed trucks with removable fiberglass shells over the rear sections and having bench seats installed in the back. Like the Bronco and the Blazer, the Hilux Surf/4Runner also did not have a wall attached to the front section behind the front seats as the regular Hilux did. In that sense, all three vehicles were more than simply conventional pickup trucks with a fiberglass shell included.

Thus, the first generation is nearly mechanically identical to the Toyota Hilux. All first-generation 4Runners had two doors and were indistinguishable from the pickups from the dashboard forward. Nearly all changes were to the latter half of the body; in fact, because the rear springs were not upgraded to bear the additional weight from the rear seats and fiberglass top, these early models tended to suffer from a sagging rear suspension.

In North America, they were sold from the 1984½ model year from May 1984. For this first year (March to July 1984 production), all models were equipped with black or white fiberglass tops. An SR5 trim package was offered that upgraded the interior: additional gauges, better fabrics, and a rear seat were standard with the package. All 1984 models were equipped with the carbureted 2.4 L 22R engine and were all available with a four-wheel-drive system that drove the front wheels through a solid front axle.

From 1984 to 1986 many 4Runners were imported to the US without rear seats. With only two seats the vehicle could be classified as a truck (rather than a sport vehicle) and could skirt the higher customs duties placed upon sport and pleasure vehicles. Most had aftermarket seats and seat belts added by North American dealers after they were imported.

In 1988, the 22R-E engine was joined by an optional 3.0 L V6 engine, the 3VZ-E. This engine was significantly larger and more powerful although not as reliable as the original 4-cylinder offering. Trucks sold with the V6 engine were equipped with the same heavy-duty rear differential that was used in the turbocharged trucks, as well as a completely new transmission and transfer case; the transfer case was chain-driven, although considered less rugged, created less cab noise than the old gear-driven unit used behind the four-cylinder engine.

The MotorWeek RetroReview Channel features this vintage 1989 review of the V6-powered 4Runner:

Based on the limited pictures provided, this 1989 Toyota 4Runner SR5 has good bones to either make a fine restoration candidate or drive it as.  If you are serious about buying this N60 4Runner, you can start the conversation by texting Mark at (541) 840-6039.  When you connect, please remember to mention you saw 4Runner featured here on GuysWithRides.com. Good luck with the purchase!

“Great platform to make an overlander
V6 3.0 ltr purs like a kitten. no smoke on startup or ever.
New tires and wheels New 4Runner TRD wheels.
New exhaust
Almost everything works including AC.
Power door locks
The paint needs help but no rust.
Could use some seals and does show some age but like I said.
A great find for a project. Not many of these left still running.“

Do you have an N60 4Runner story to share?  If so, comment below and let us know!