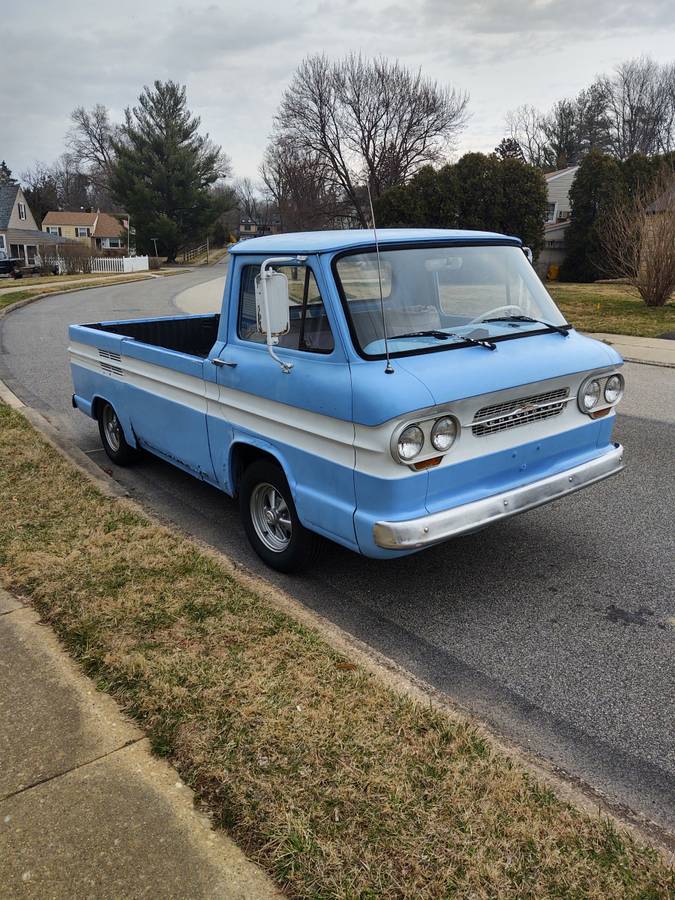 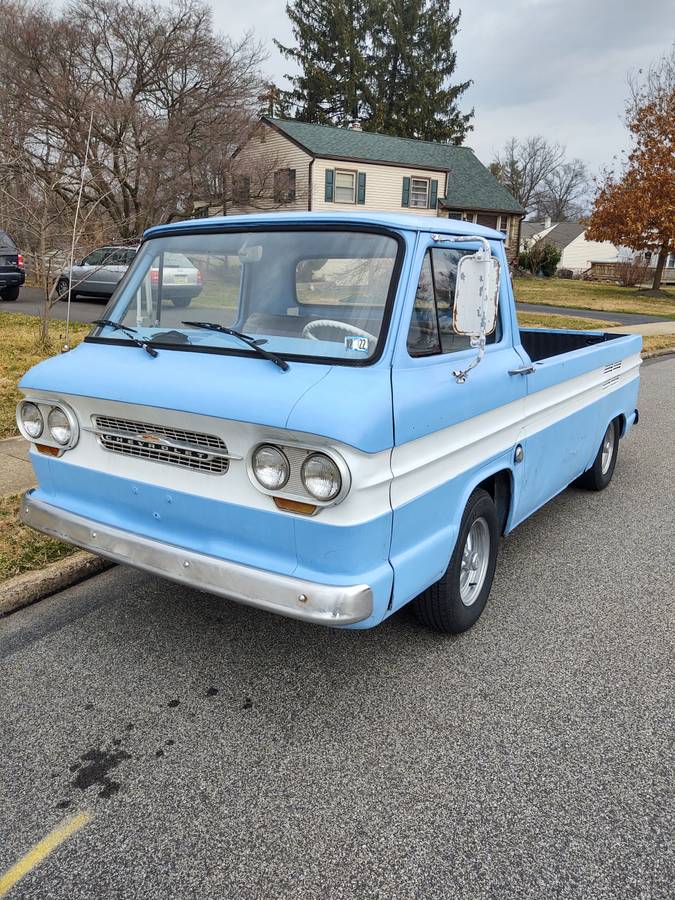 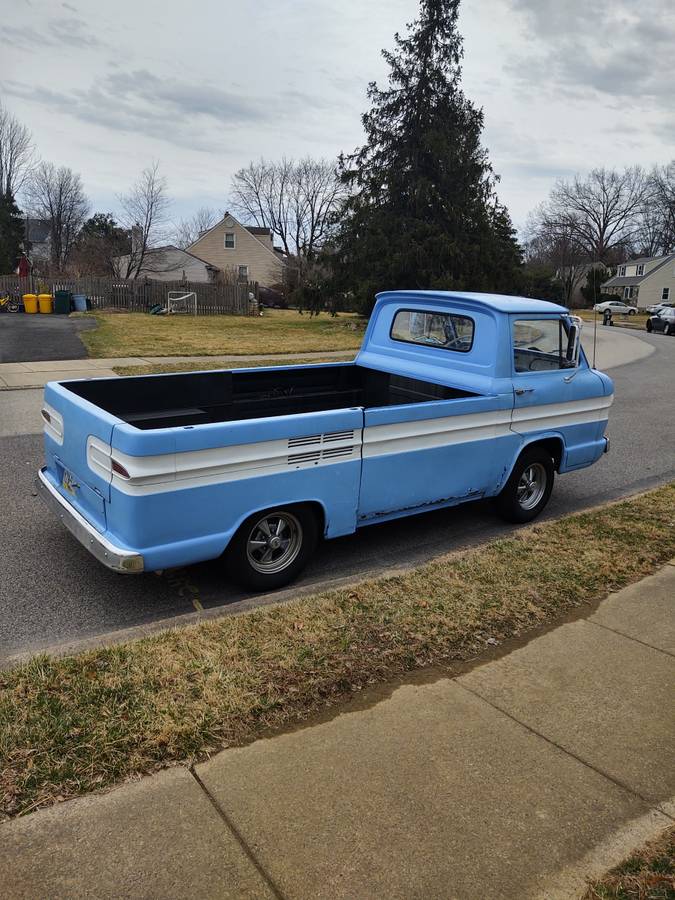 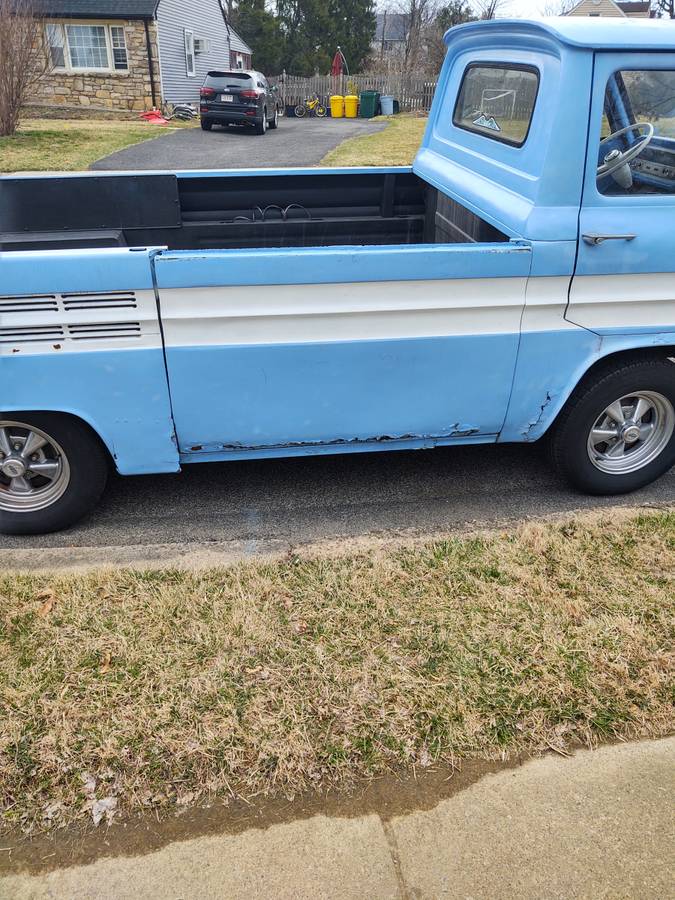 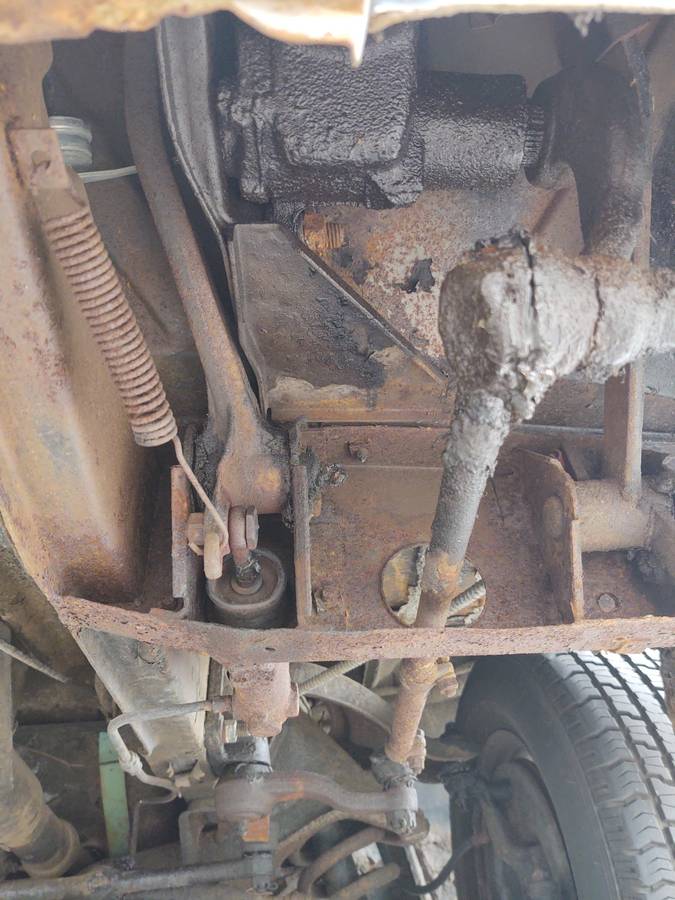 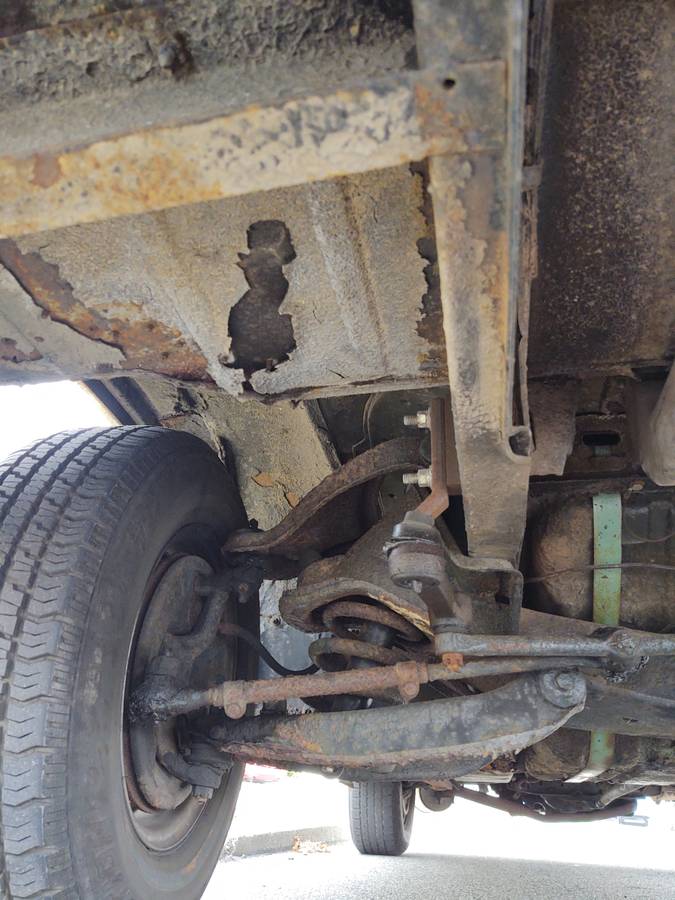 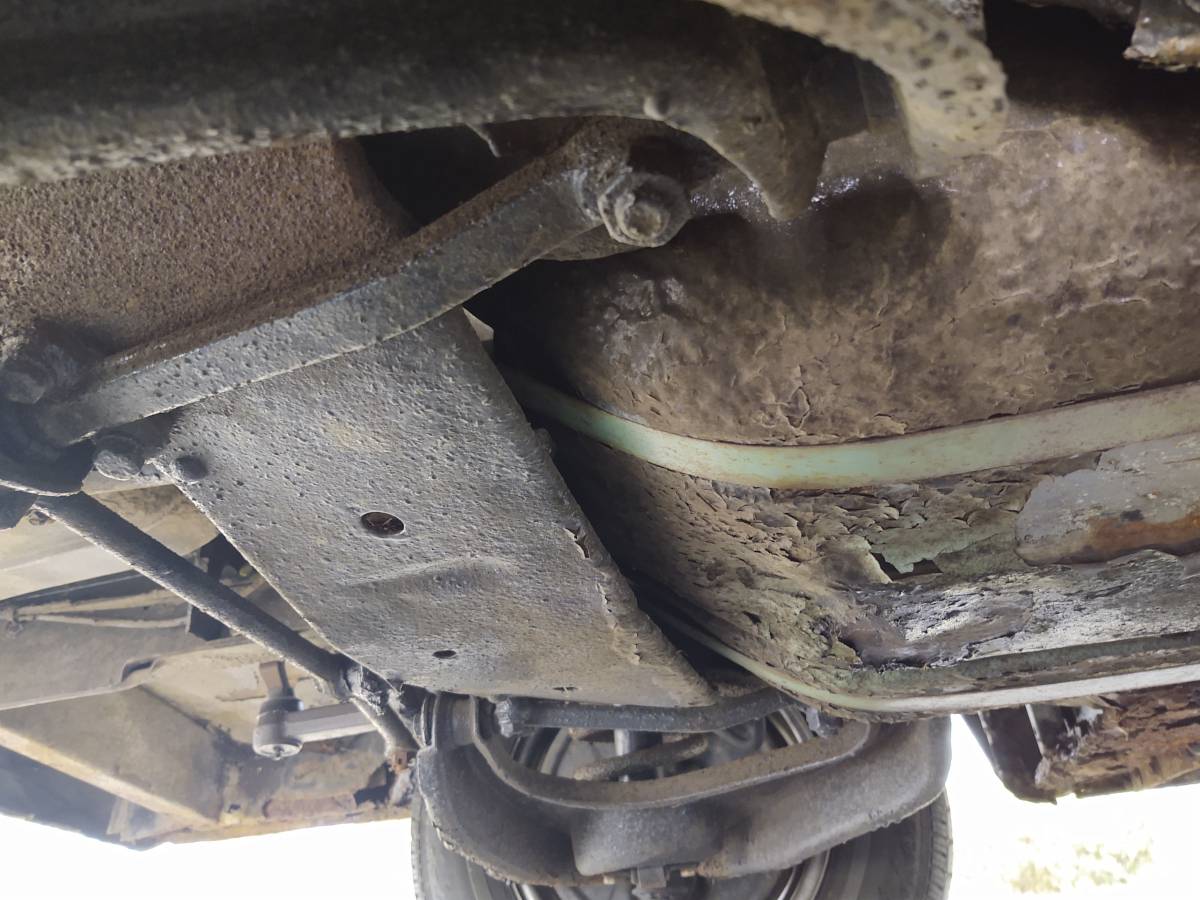 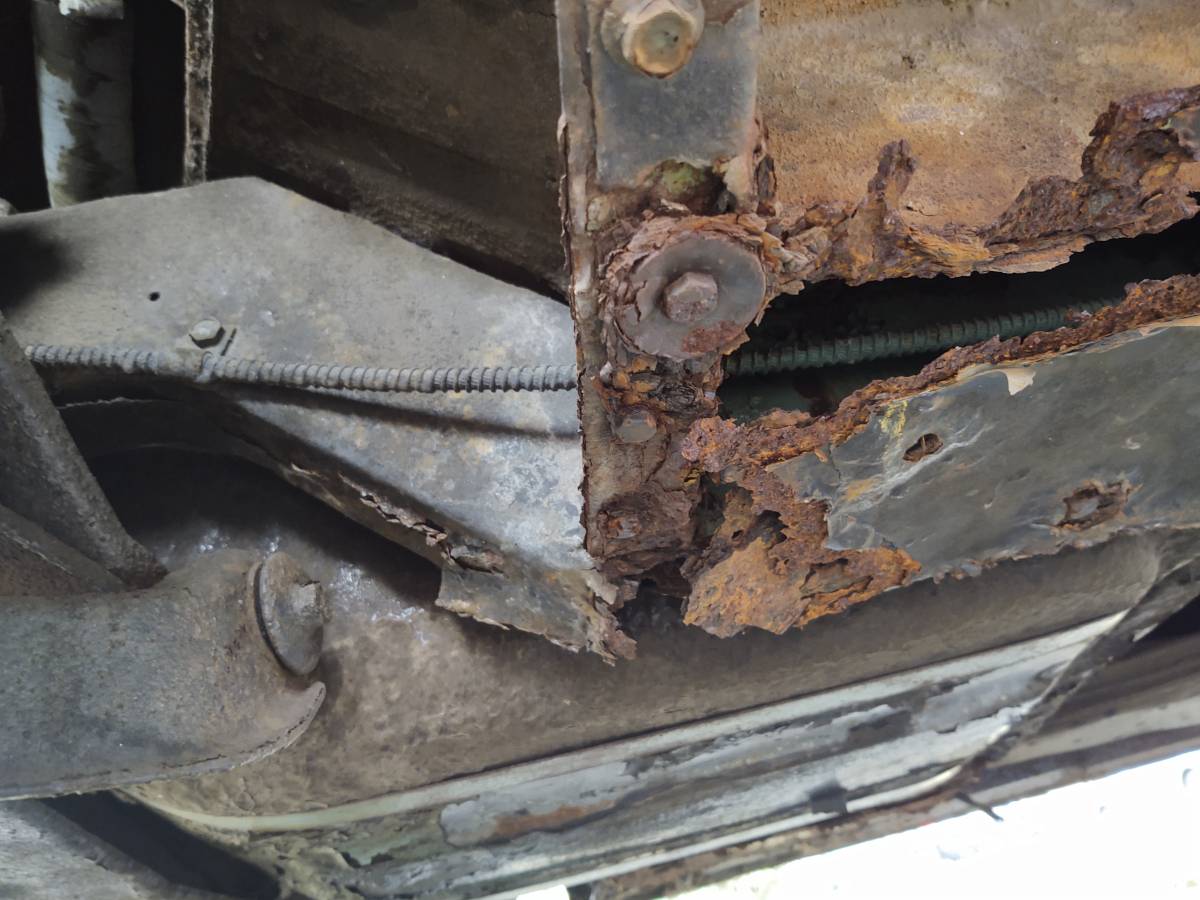 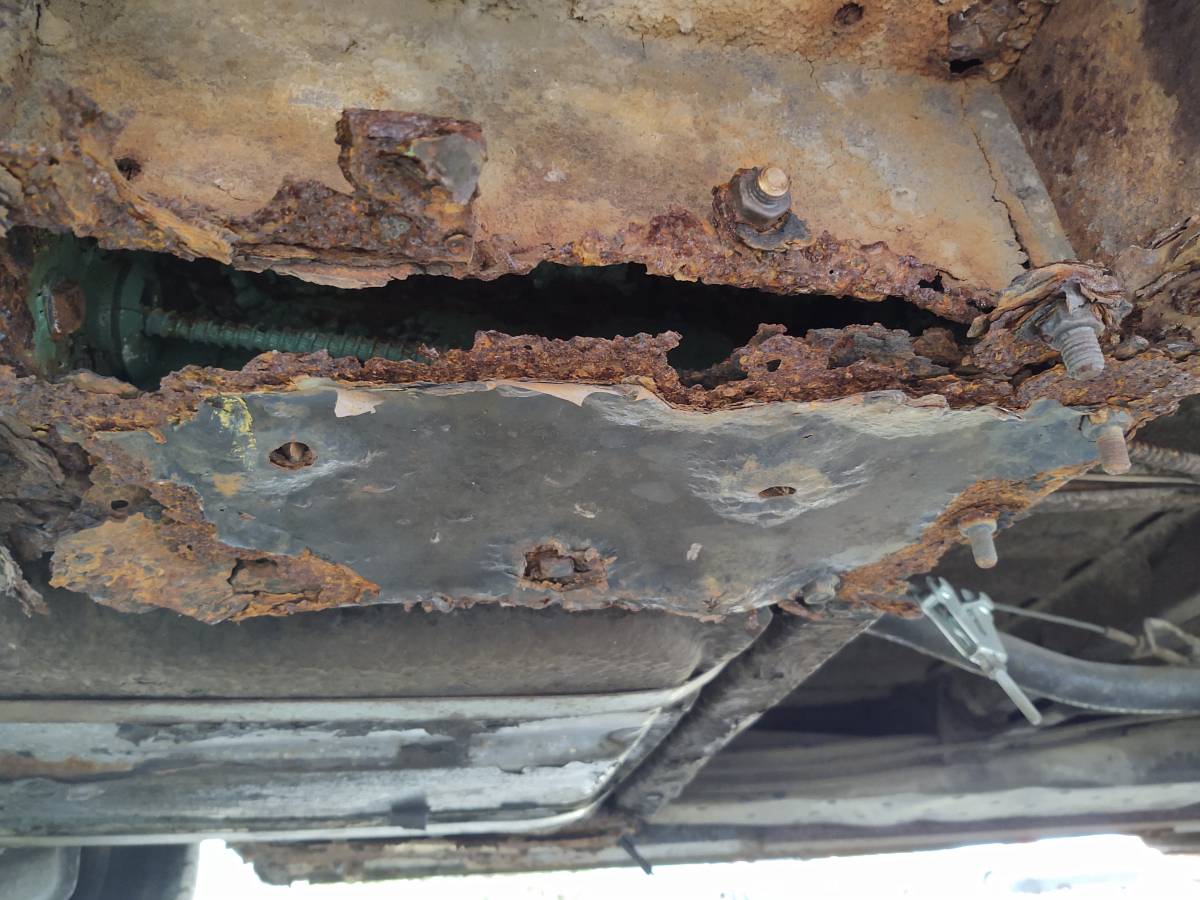 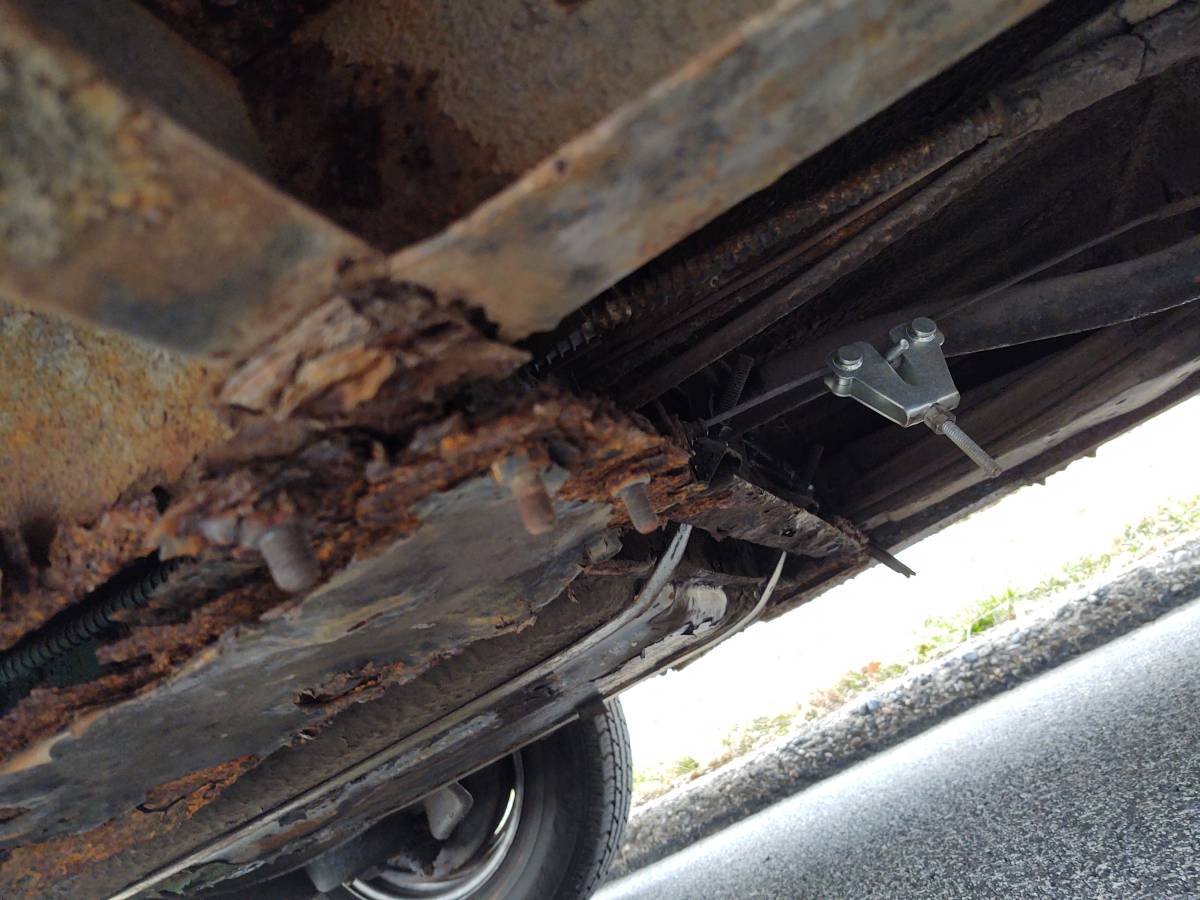 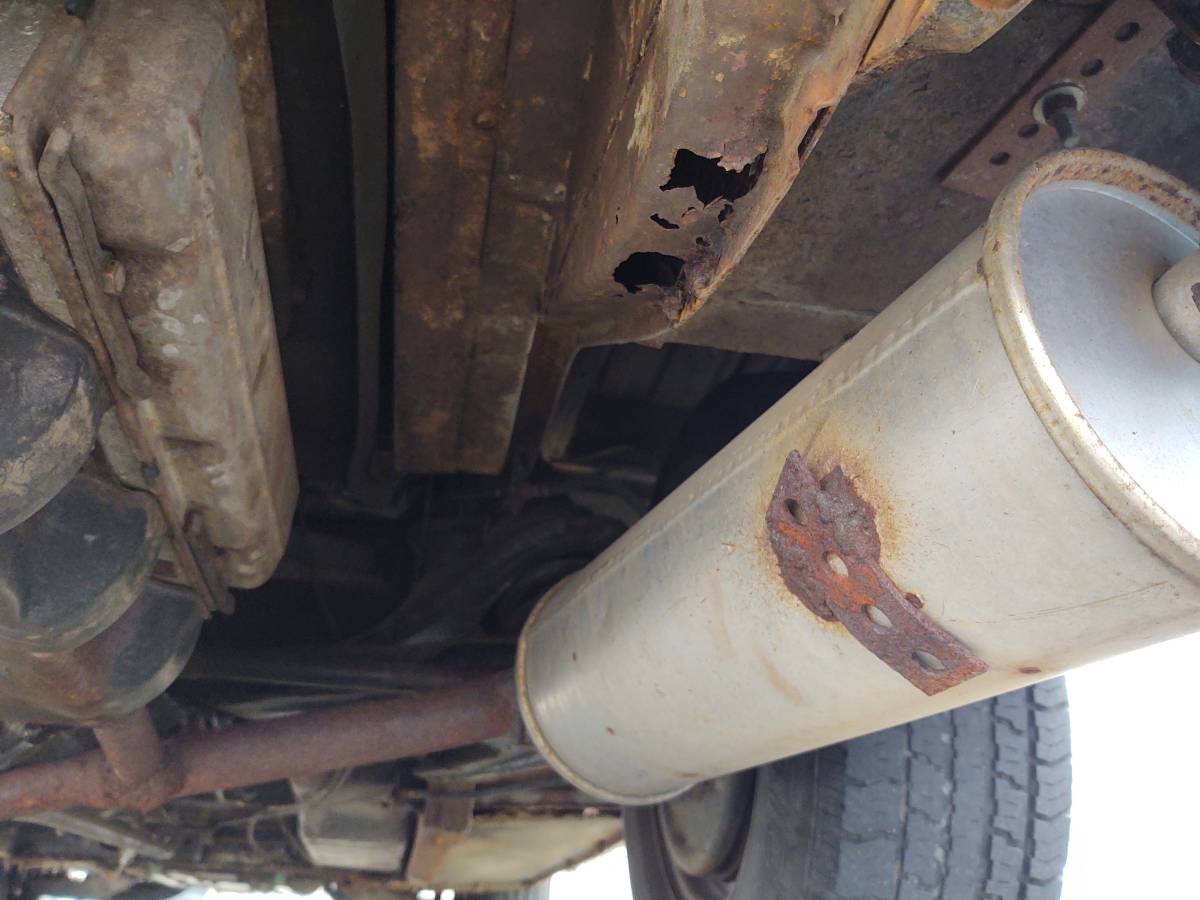 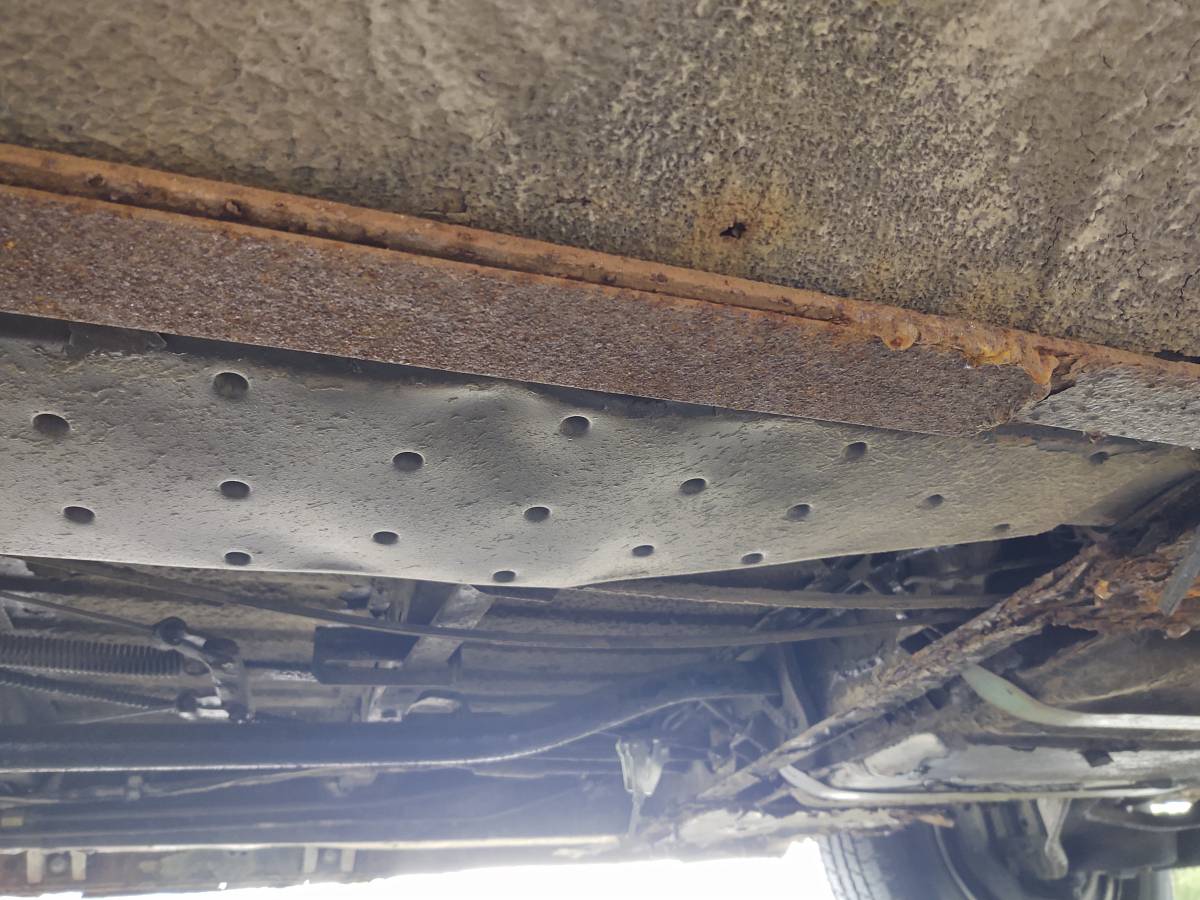 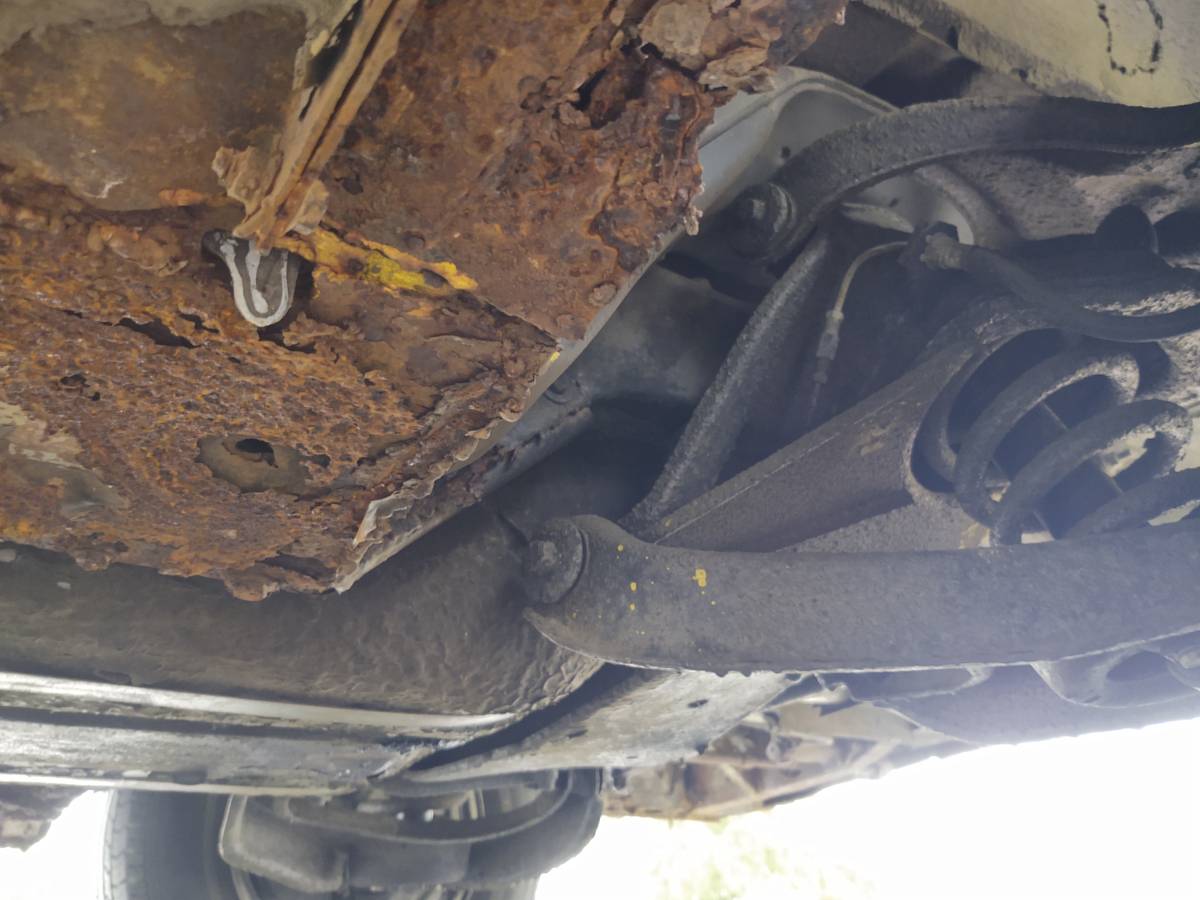 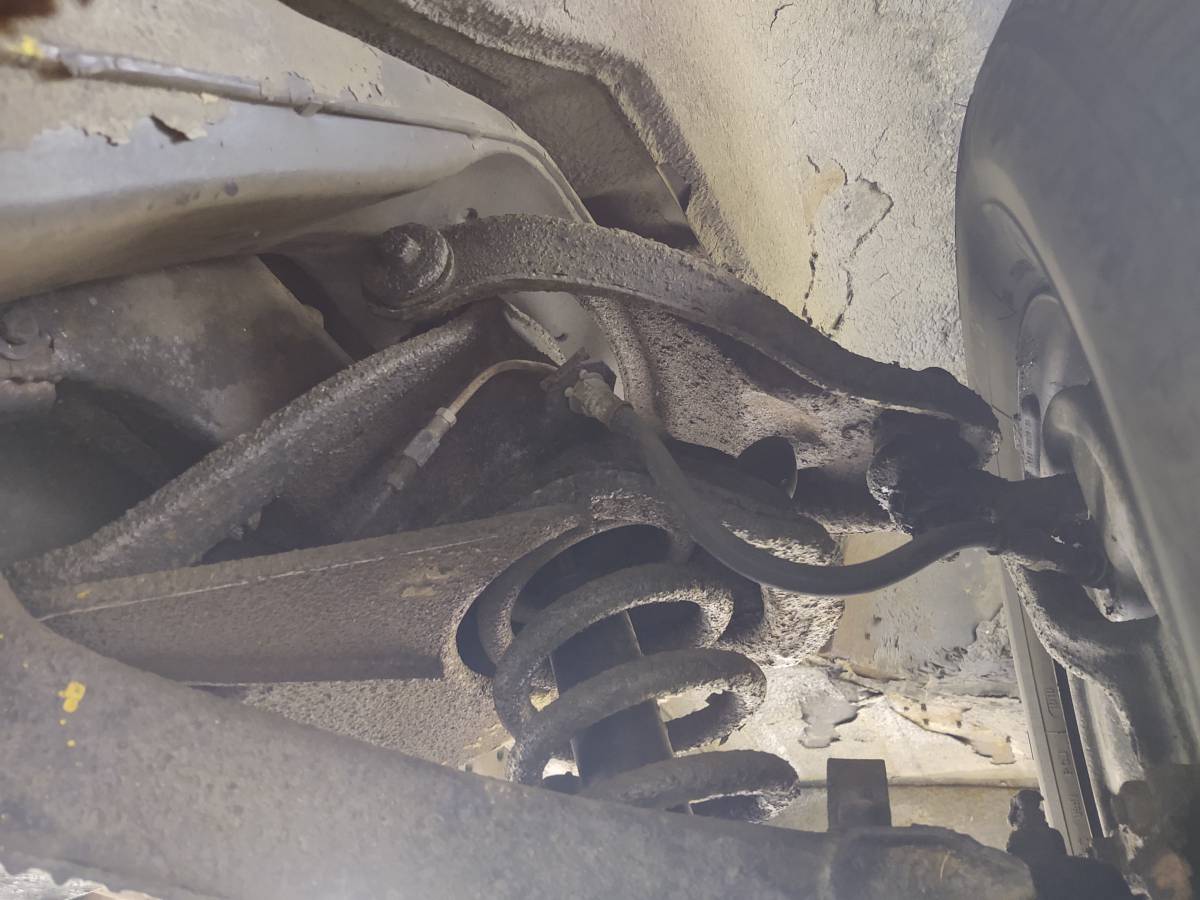 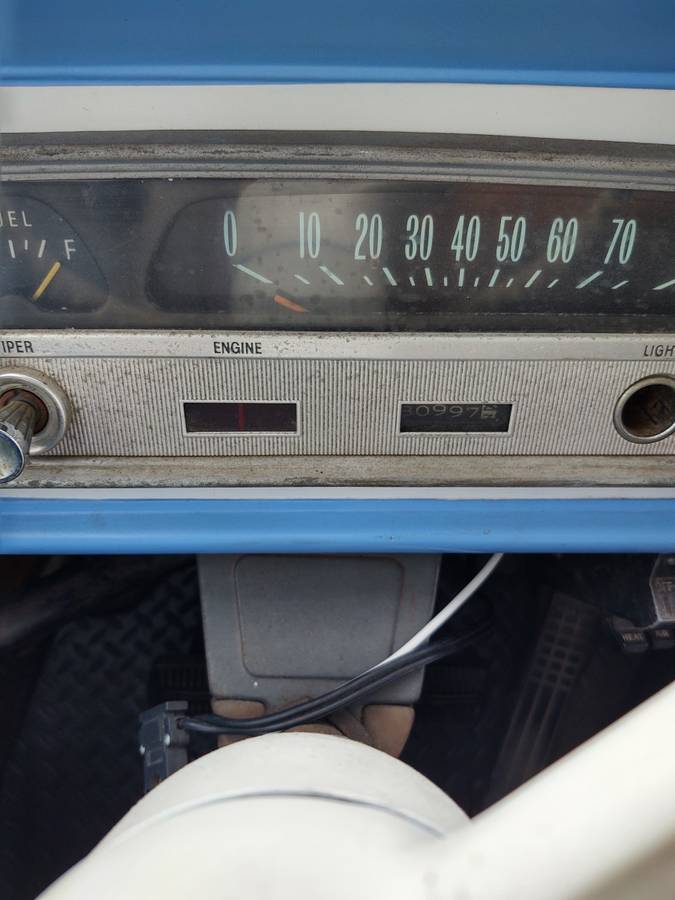 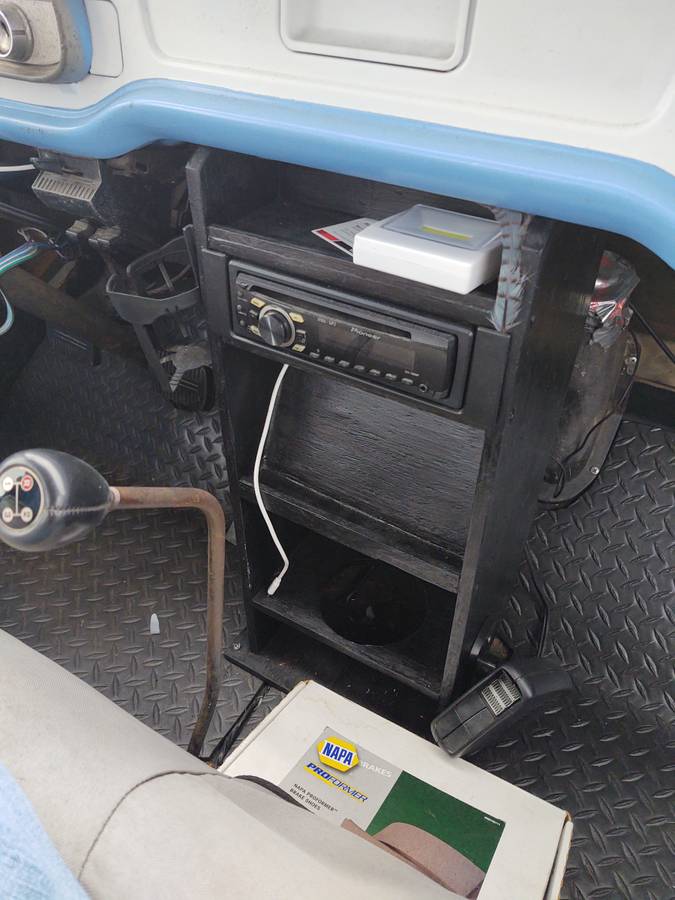 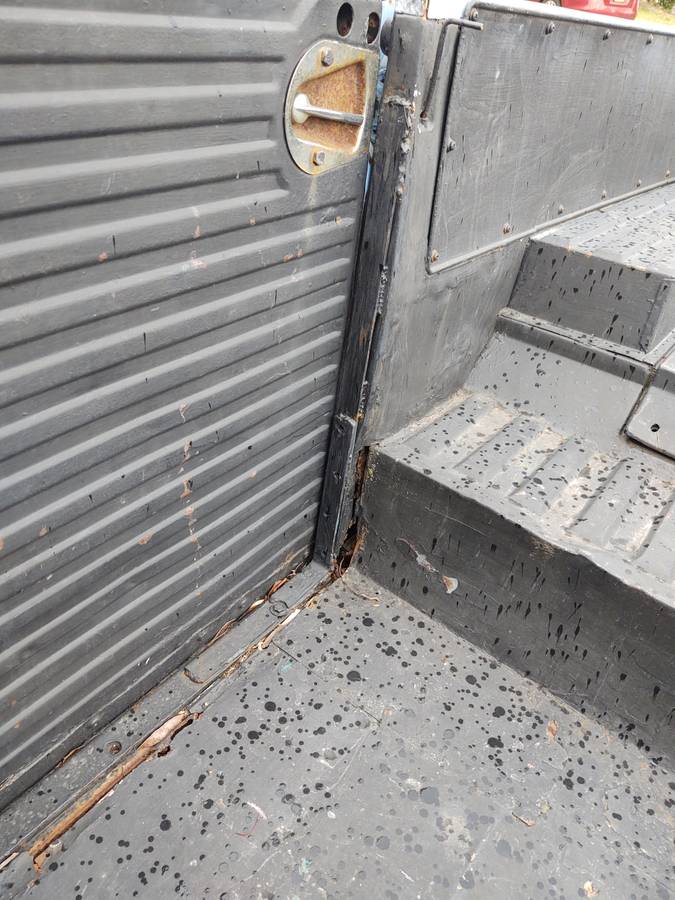 March 28, 2022, Update – We confirmed the seller of this “Classifind” deleted their listing, so we’re now able to call this one “SOLD!” While this one got away, please reach out either by email or call us directly if you’d like to be informed when we come across something similar.

Not only is rust repair on a classic car neither fun nor cost-effective, but it’s also a labor-intensive time sink that could be more effectively used elsewhere had you selected a more solid (pun intended) candidate. While some companies (Dynacorn immediately comes to mind) now offer complete replacement bodies for more popular rides, rare vehicles such as this 1964 Chevrolet Corvair 95 Rampside pickup originally listed in March 2022 on Craigslist in Oreland, Pennsylvania (Philadelphia) require someone skilled in metal fabrication. To the seller’s credit, most of the pictures they provide show the trouble spots of rust underneath so that potential buyers know what they are getting into.

Currently offered for $10,000, comparing that price against the Collector Car Market Review Online Tool reveals the seller’s ask falls between this guide’s #4 “Fair” estimate of $5,925 and its #3 “Good” appraisal of $11,300. A check of Classic.com, the up-and-coming analytics and search engine for Classic Car enthusiasts, reveals the current market average for Corvair Rampside to be about $30,000.

Few enthusiasts argue that the air-cooled, rear-engine, independently-sprung Chevrolet Corvair was one of the more innovative pursuits Chevrolet completed up to that point.  Within the entire model range, the Corvair 95 Rampside (Model 1254) was the most radical truck in GM history. Produced for the 1961 through 1964 model years, Rampsides used the 145 cubic inch, 80 horsepower version of Corvair’s rear-mounted, horizontally-opposed six-cylinder, air-cooled engine. Unlike traditional pickup trucks, Corvair 95 models incorporated a multiple-level bed floor to compensate for the room needed to house the flat-six engine. To compensate, the bed section between the cab and the rear axle was much deeper than a traditional pickup.

Rampside versions took things up a notch by providing a unique swing-down panel on the passenger side that doubled as a loading ramp. The ramp had the same rigid double-walled construction as the other sidewalls and a load capacity of 1000 lbs. The ramp relied on a full-length, bottom-mounted protected by a rubber guard at the top.

With a 3/4 ton payload rating, Corvair 95s provided superior capacity over their competition (primarily the Volkswagen Transporter and the Ford Econoline). Chevrolet Marketers targeted businesses in need of trucks with a great carrying capacity that could be loaded and unloaded easily.

Jay Leno is a huge fan of the Chevrolet Corvair line. On the Jay Leno’s Garage YouTube Channel he dedicated this episode to what Jay describes as America’s Most Radical Pickup:

If you’re adept and metal forming and welding, this 1964 Corvair 95 Rampside might be a project worth taking on.  Otherwise, you’ll need deep pockets and an understanding you will likely lose money on restoring this unique truck back to its former glory.

“1964 Corvair Rampside Pickup Project – $5000
super unique, not many of these left. too many projects I can’t take this one on right now. be the only one to have one.

project – should not be driven far, towing would be best….frame rust

had passed inspection for many years as it was my work truck.
i may antique tag it but still needs major work – will sell if the right offer comes through.
rust on frame has rendered this truck to fail inspection, and has safety issues must be fixed anyway.

tank is fine. body is can spray painted. bed was replaced with thin sheet metal before i got it.
cragers 10 years old and needs tires. motor is 80 hp, not original 110, but fires up every time and pulls fine. replaced generator with alternator. heat has been removed, if you know these cars the heat tends to drag fumes into the cab. tiny electric heat in cigarette lighter. trans 3 sp on the floor and is fine, the clutch is fine. suspension parts are all fine with little rust

glass is ok, small windshield crack. all lights work, brakes lines were replaced at one time. drum brakes serviced and stop well. no seatbelts as it is grandfathered. never did upholstery as this was my work truck. center radio is custom. fuel gauge not working. needs horn relay. small oil leak.

blast to drive, photos taken of it every day. rockstar status. hurts to let it go. don’t know any welders willing to take it on. perfect for a school or someone who welds. if you weld, let’s talk maybe haha.

Oreland pa – near Ft. Washington exit
will not ship, local sales only.”

Fix or Forget? What say you about restoring this rare 1964 Chevrolet Corvair Rampside Pickup?  Comment below and let us know!