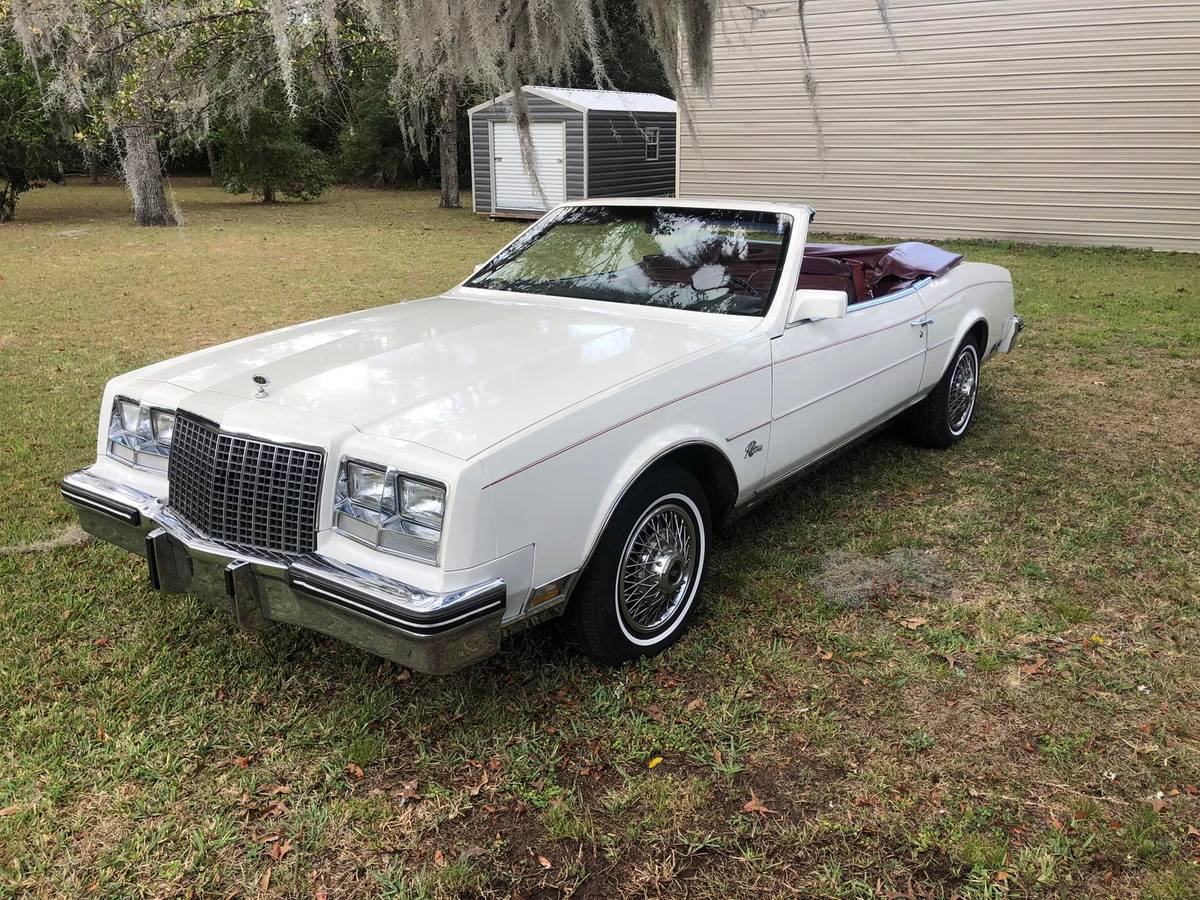 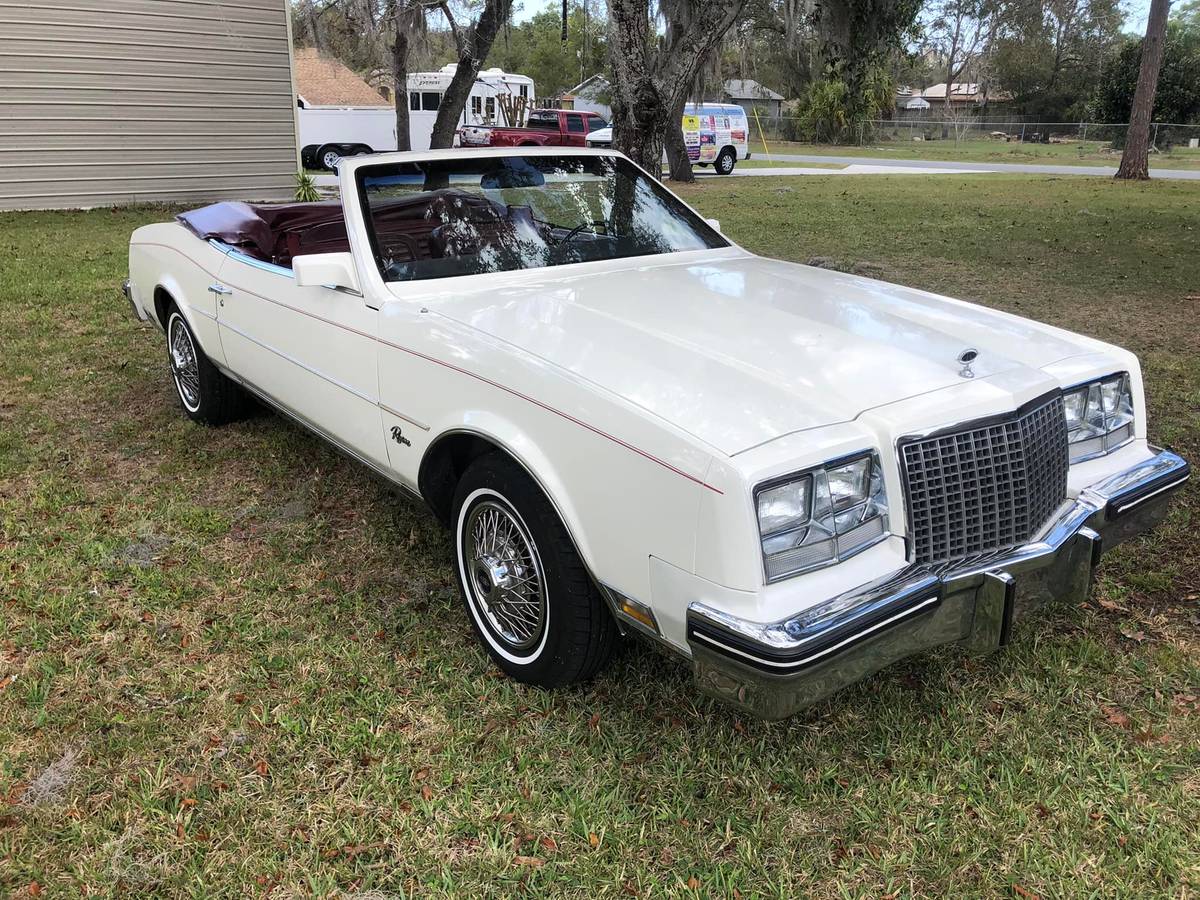 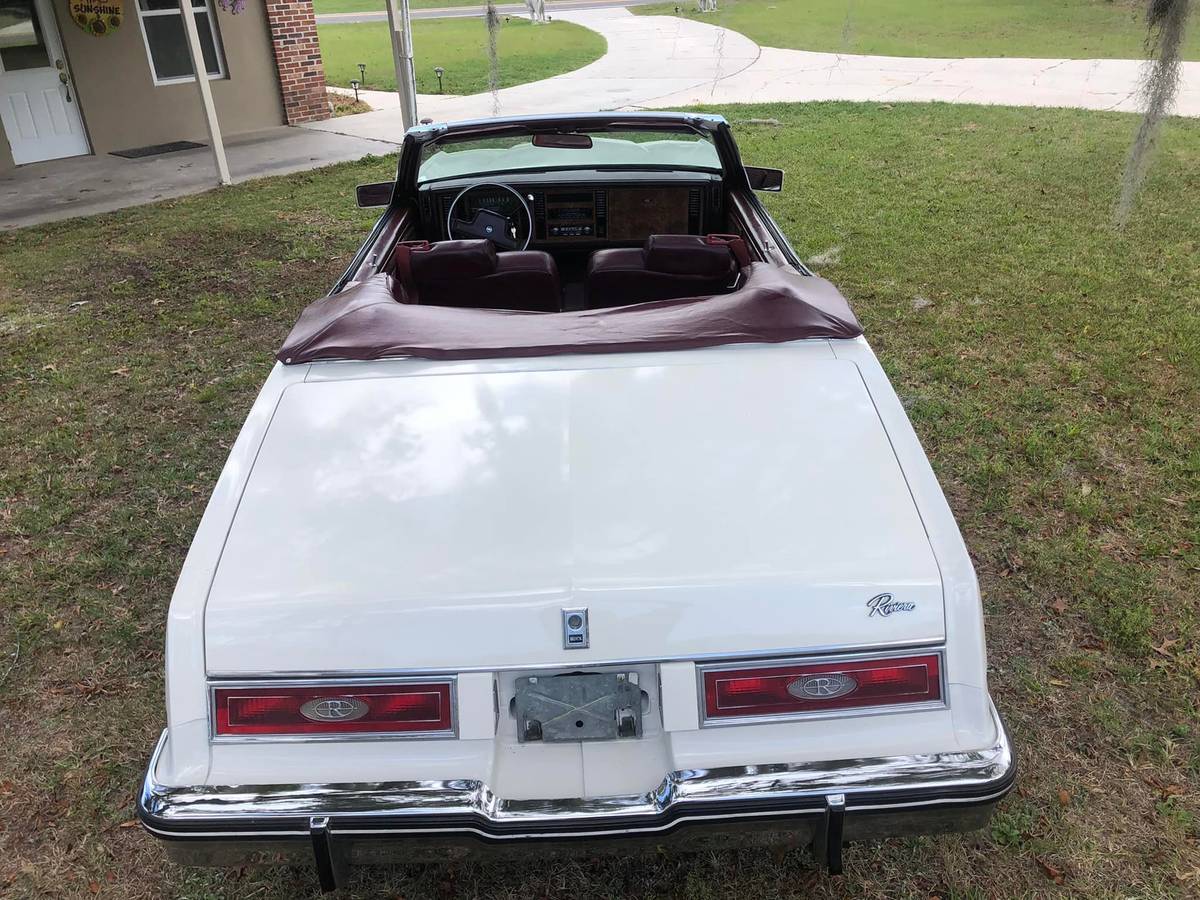 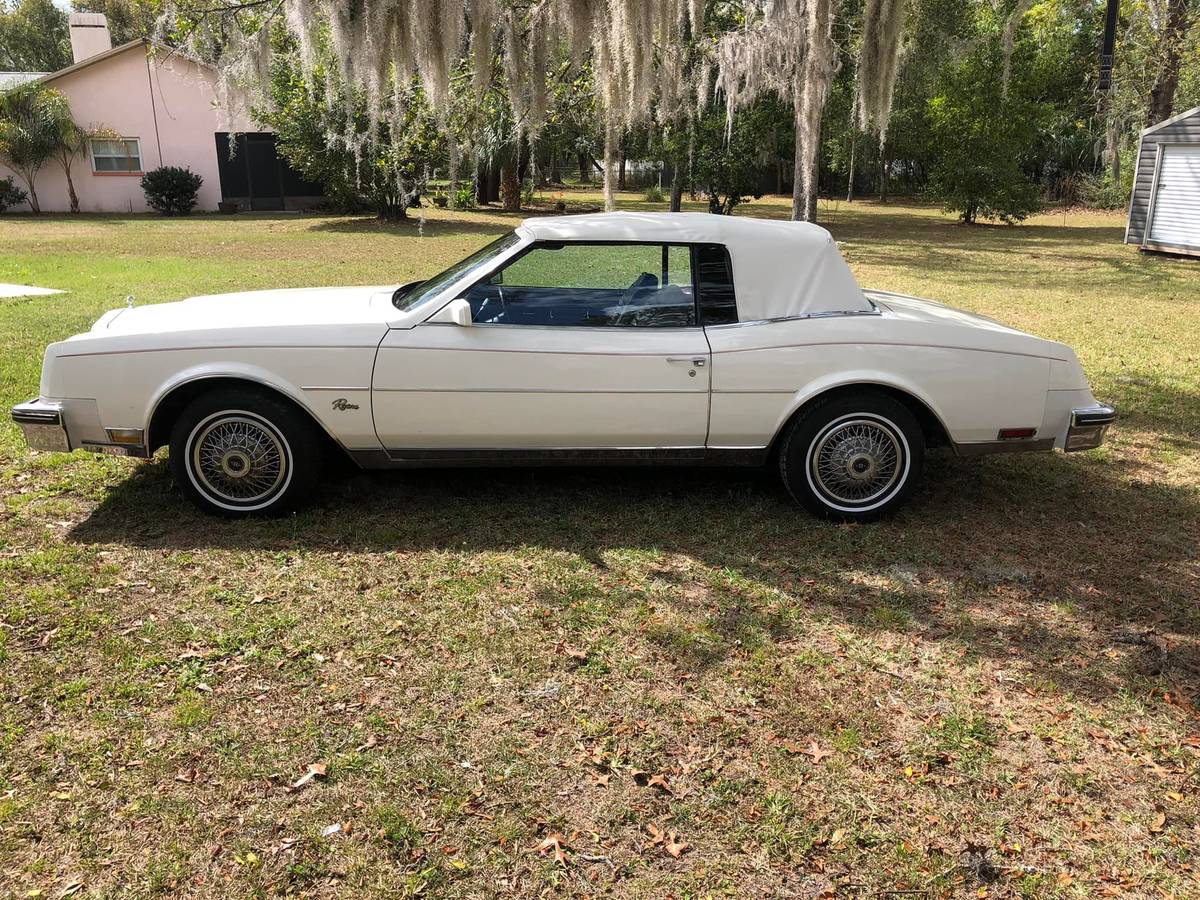 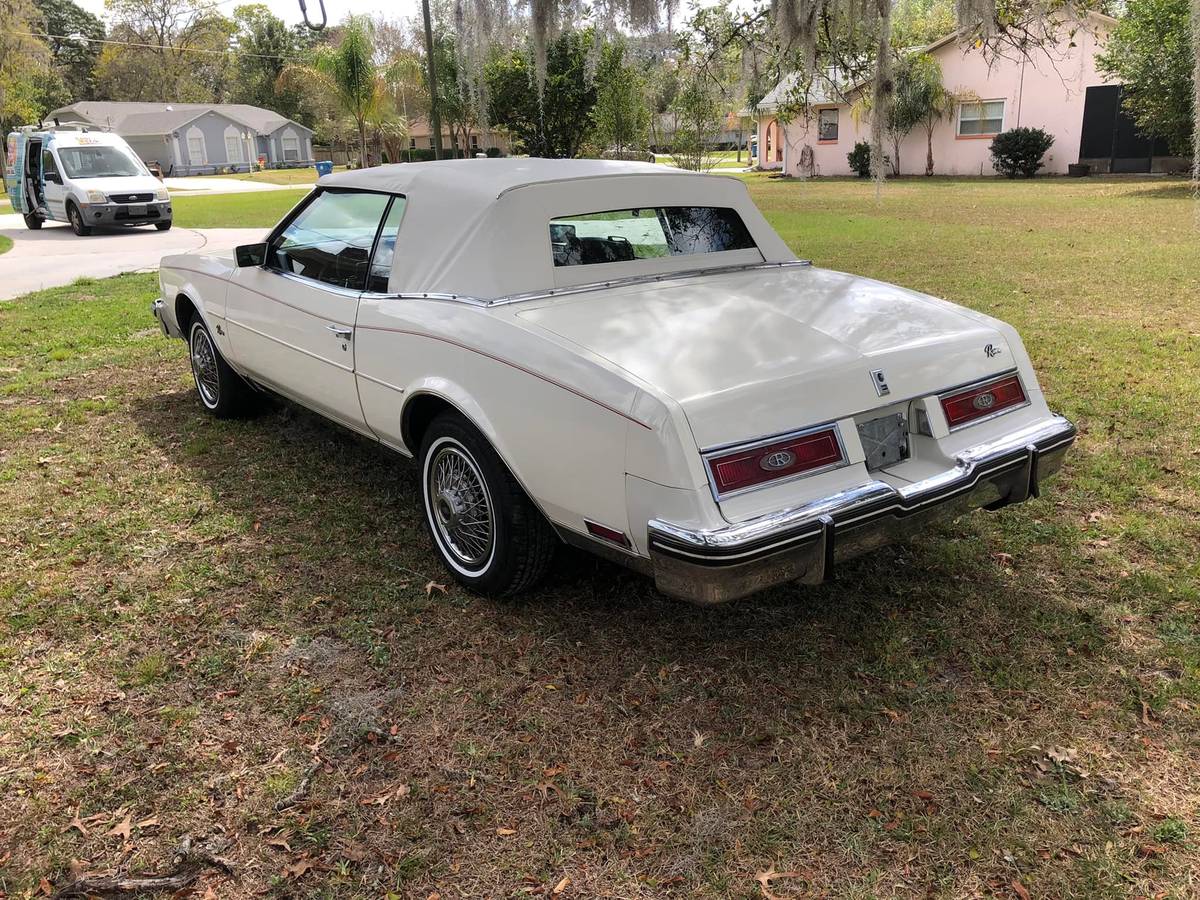 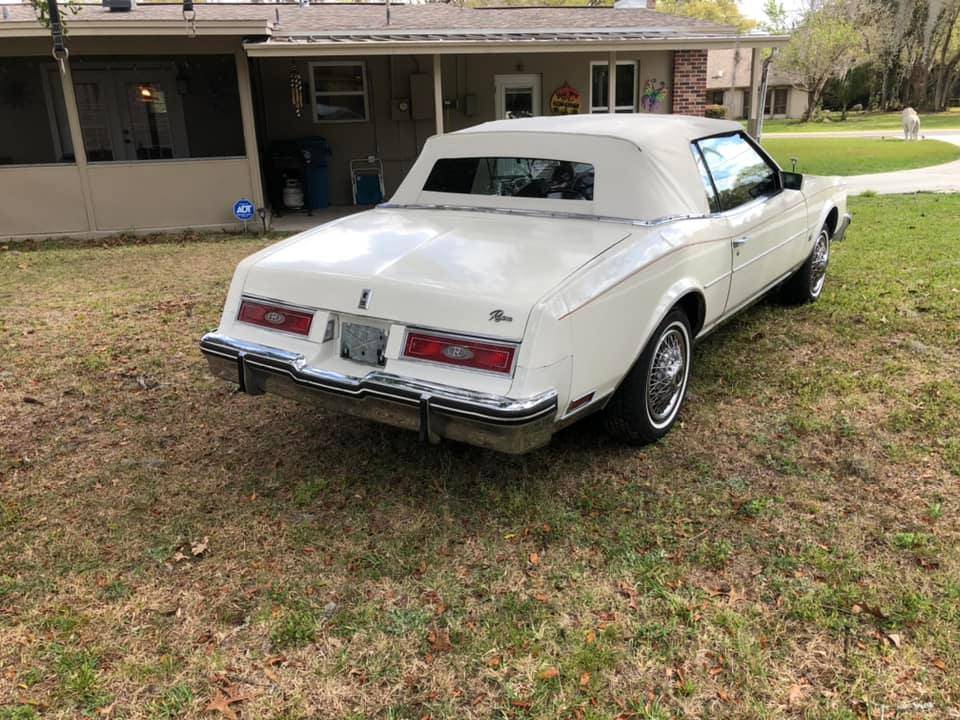 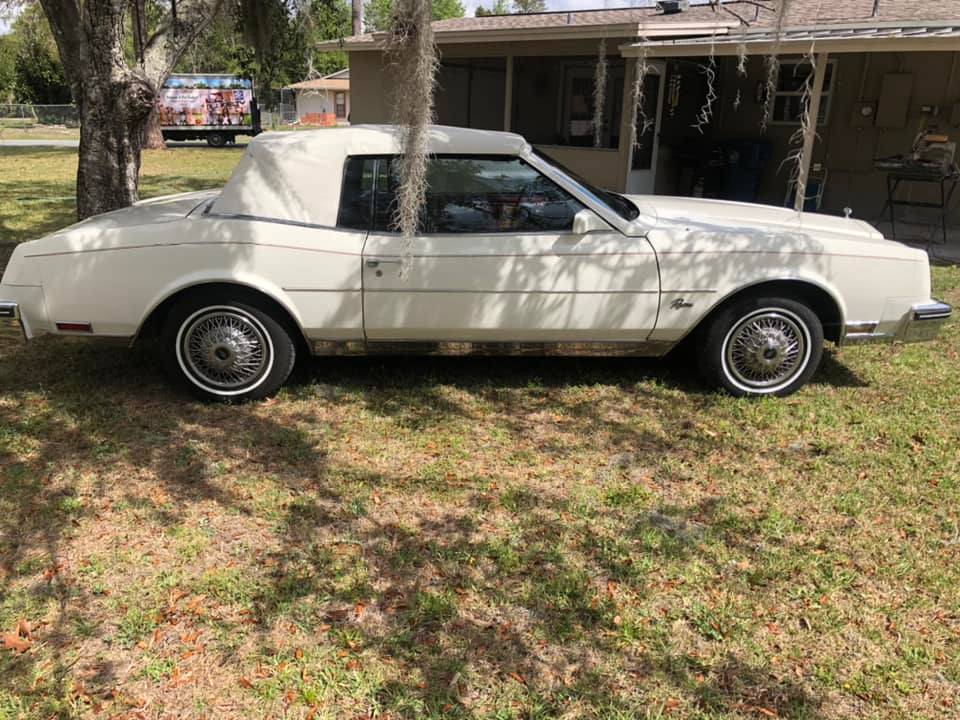 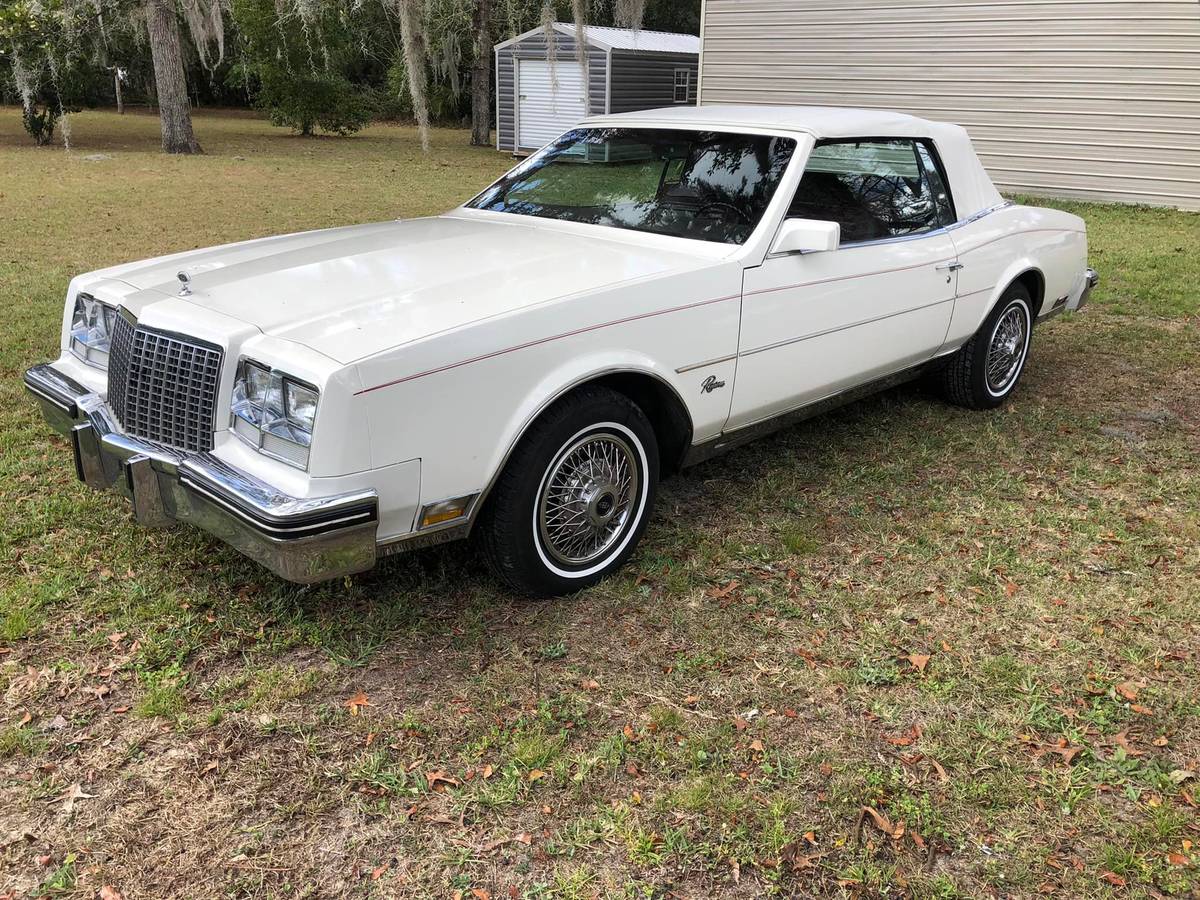 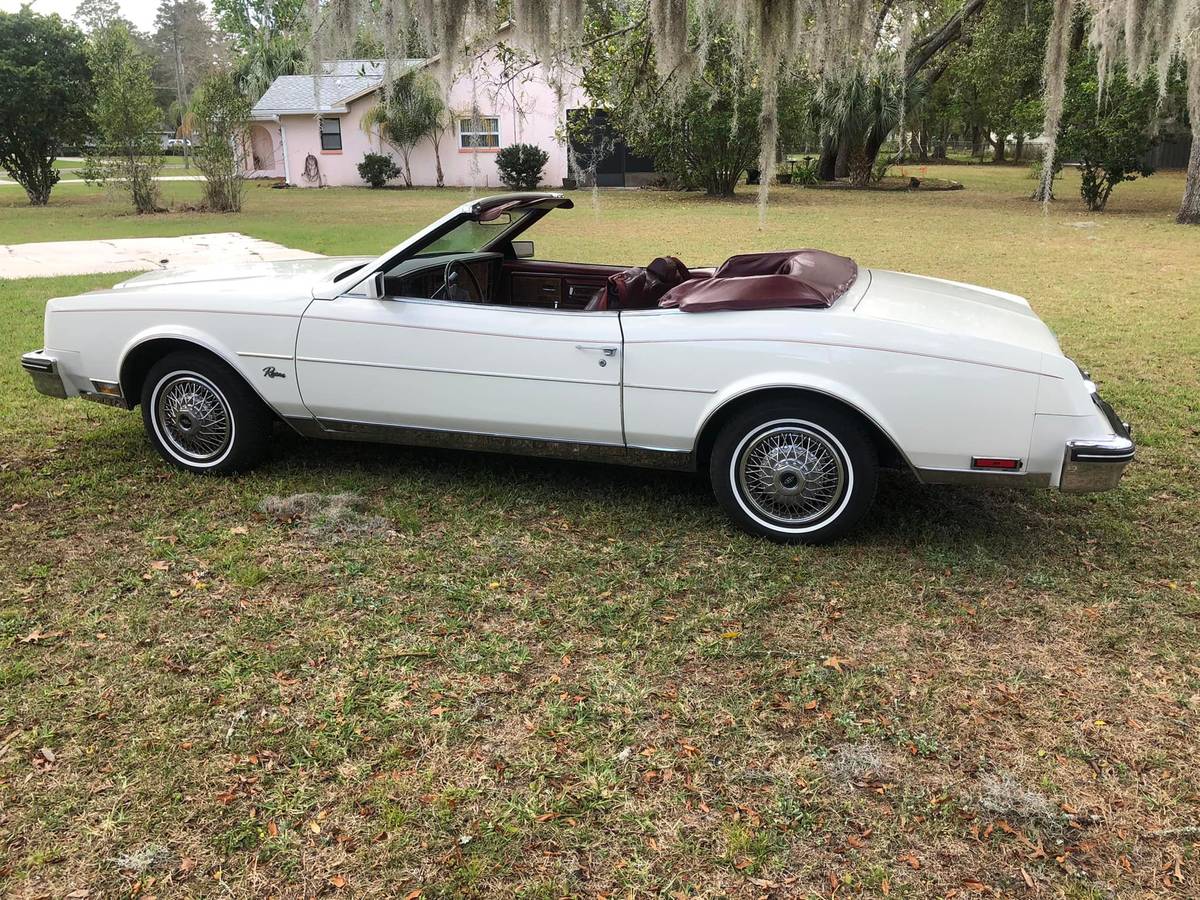 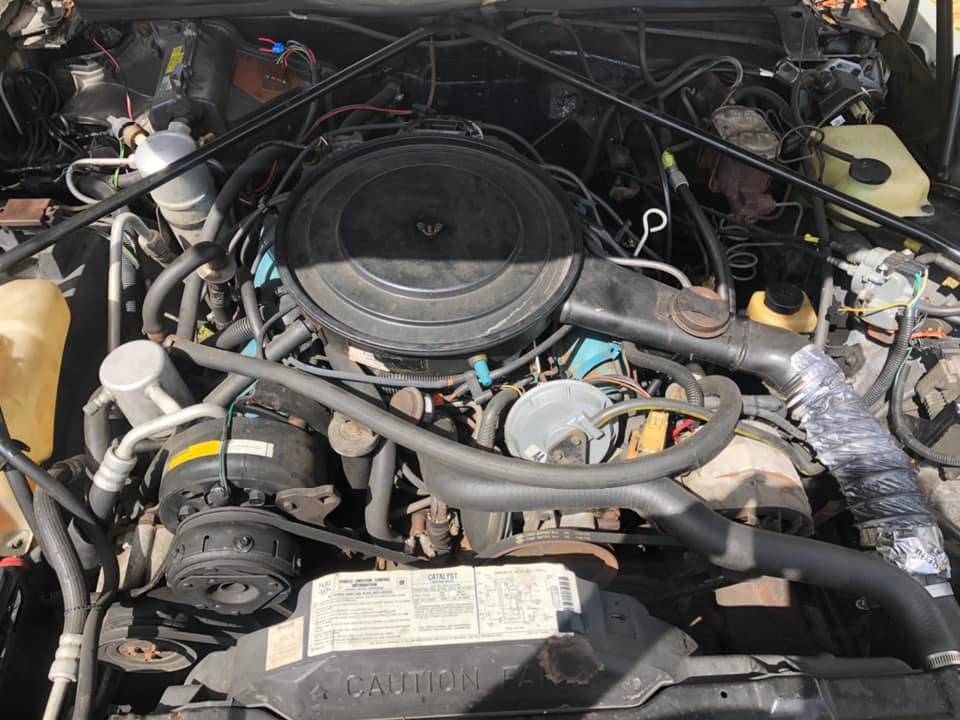 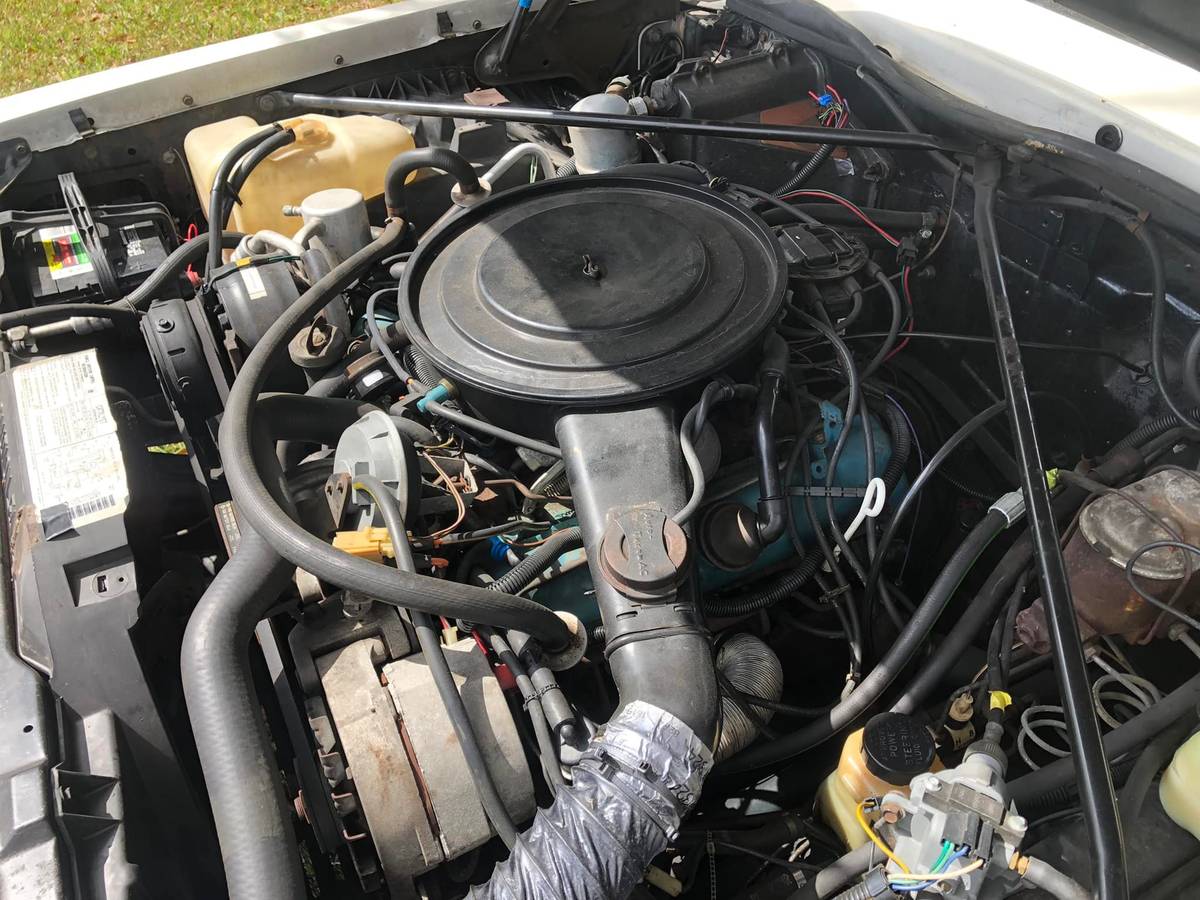 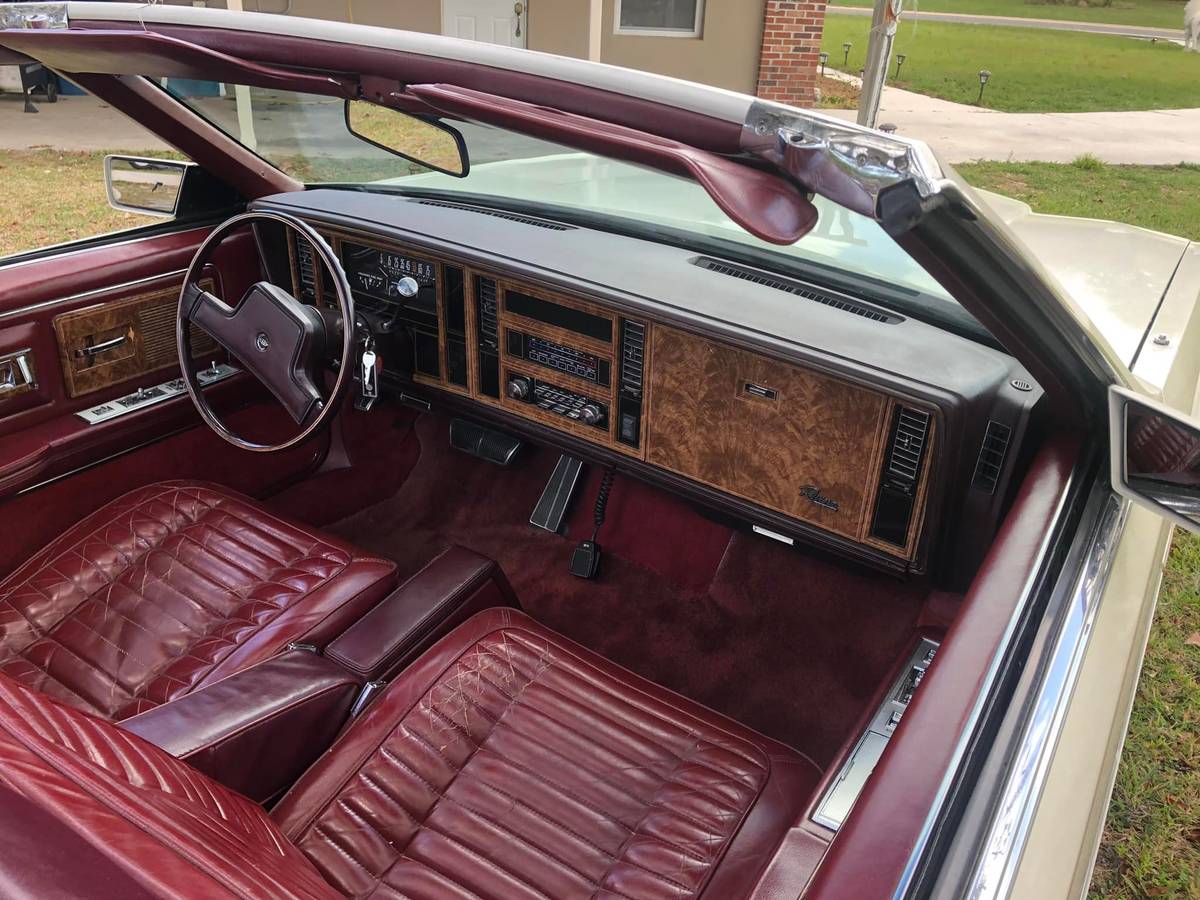 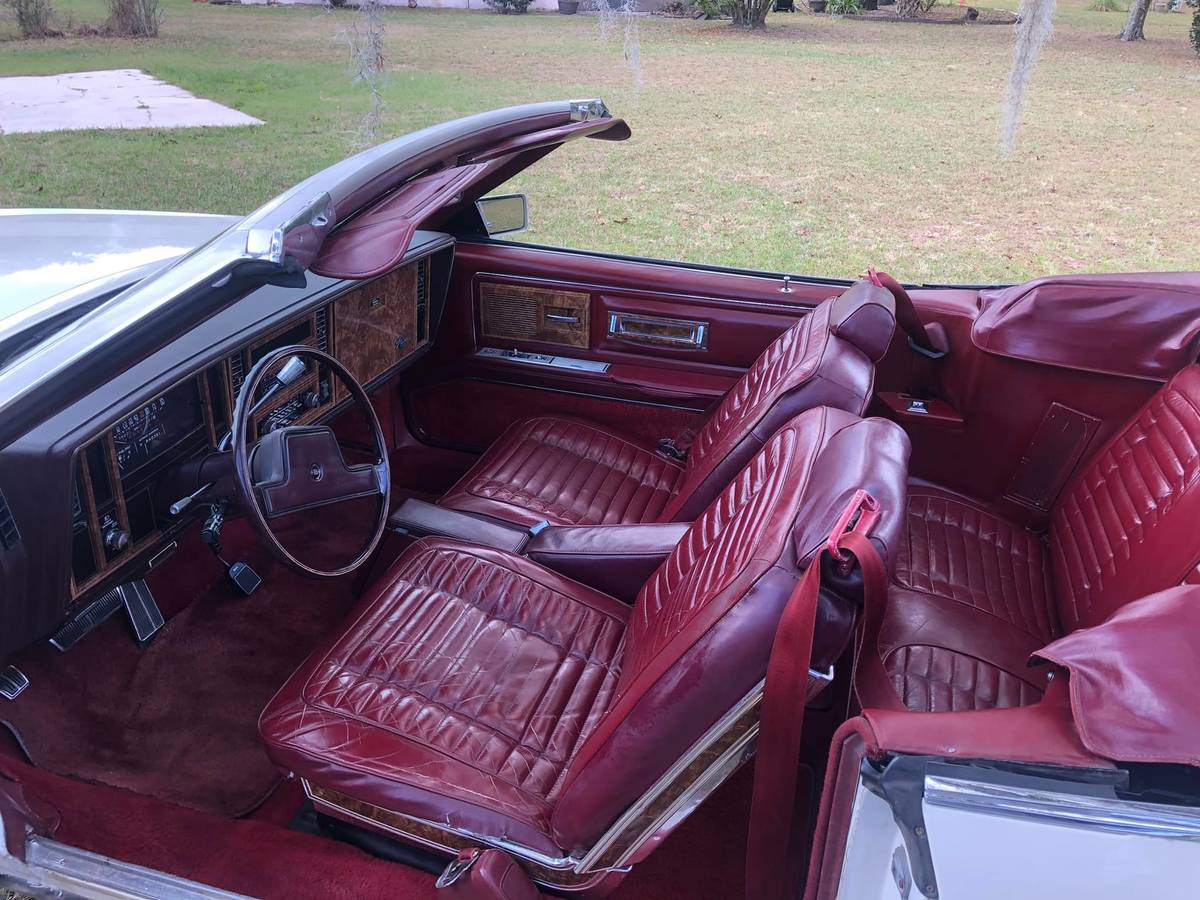 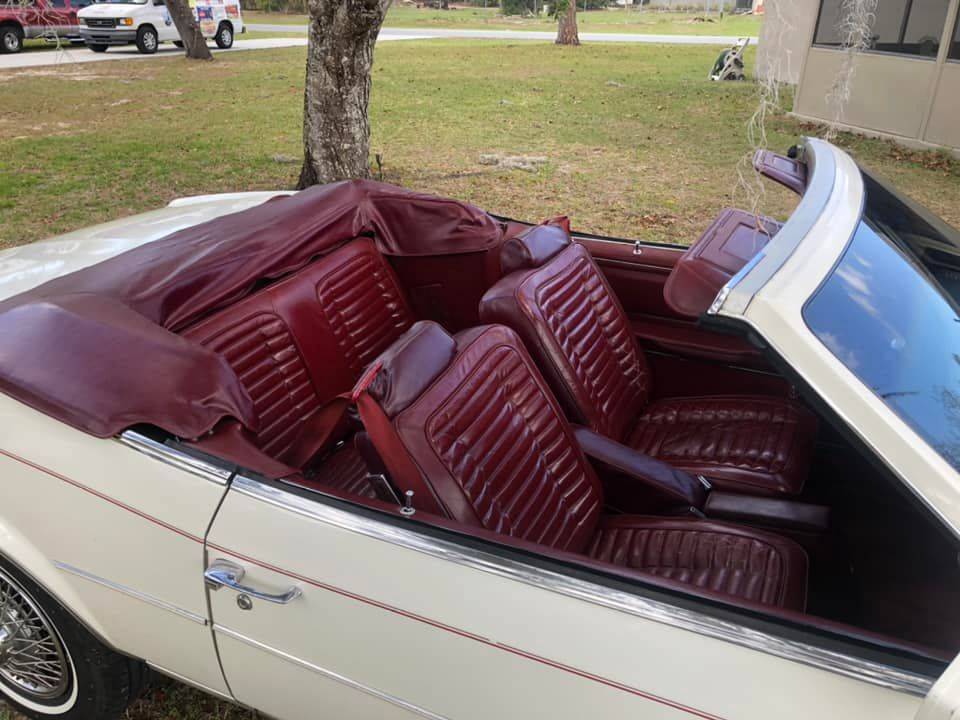 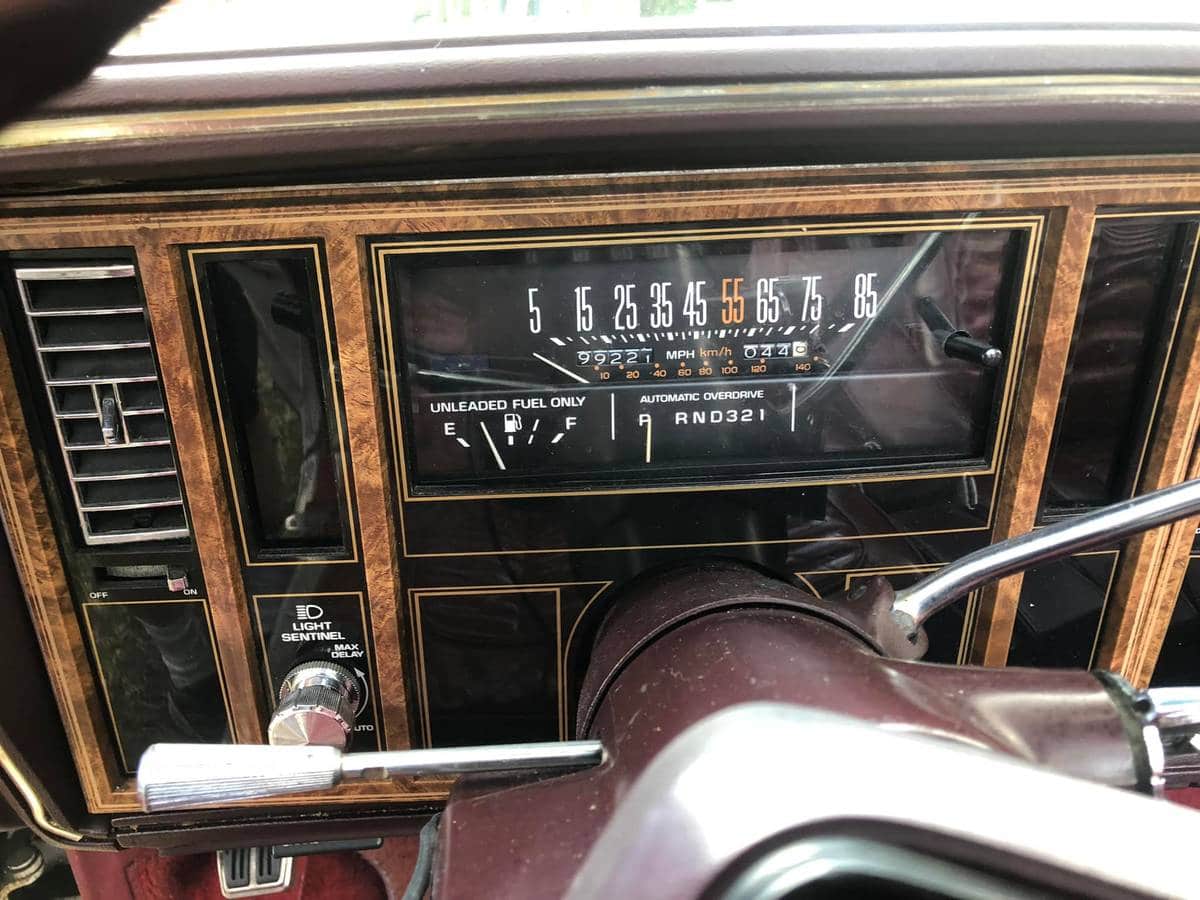 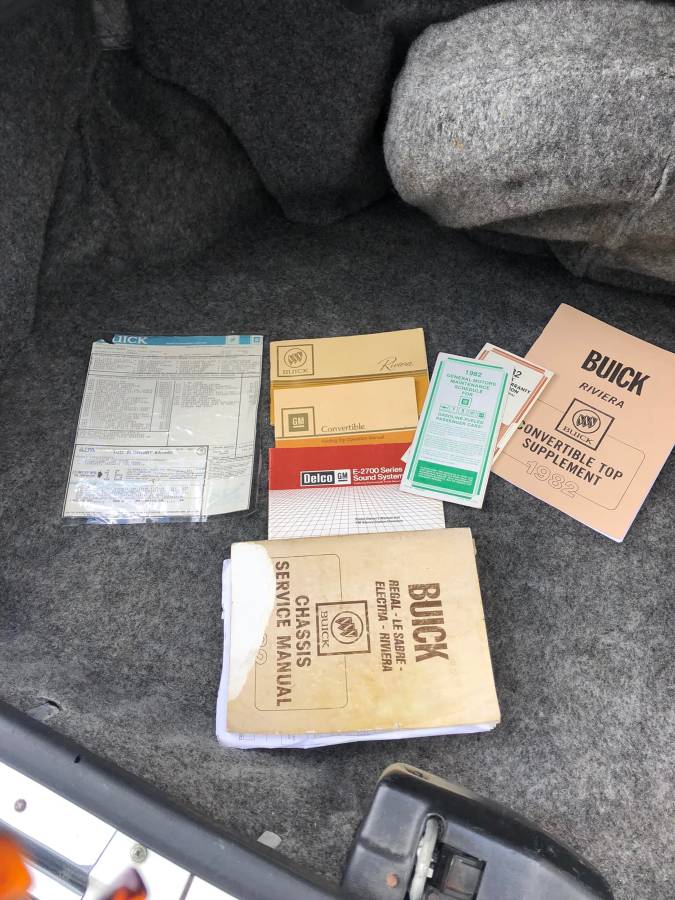 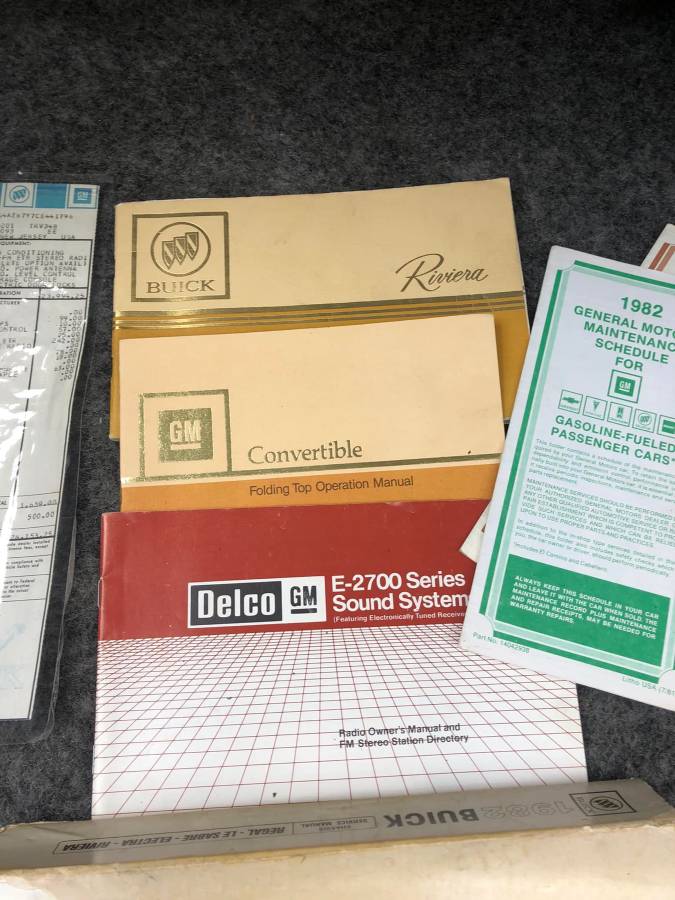 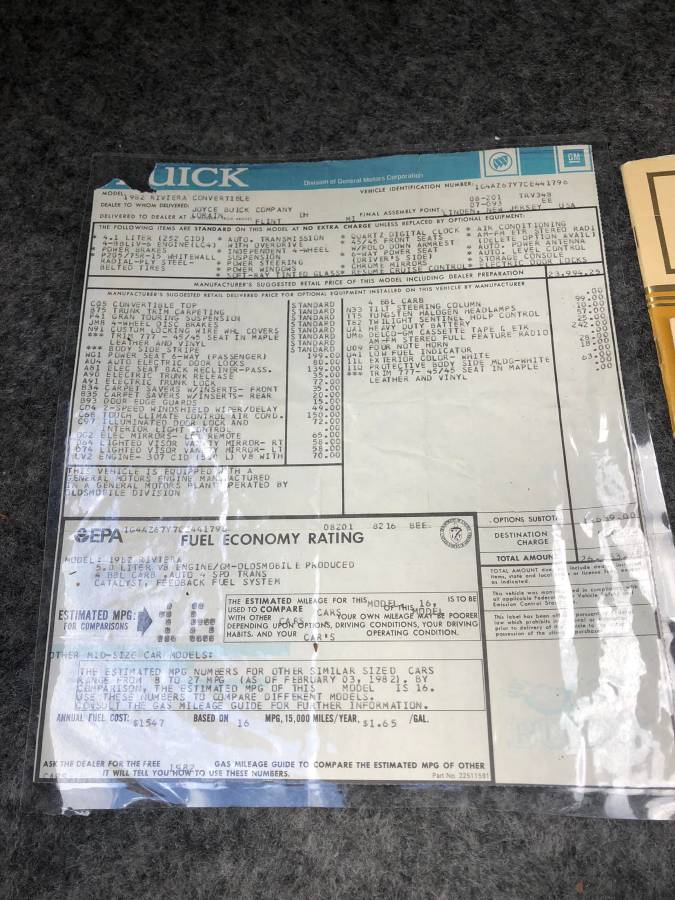 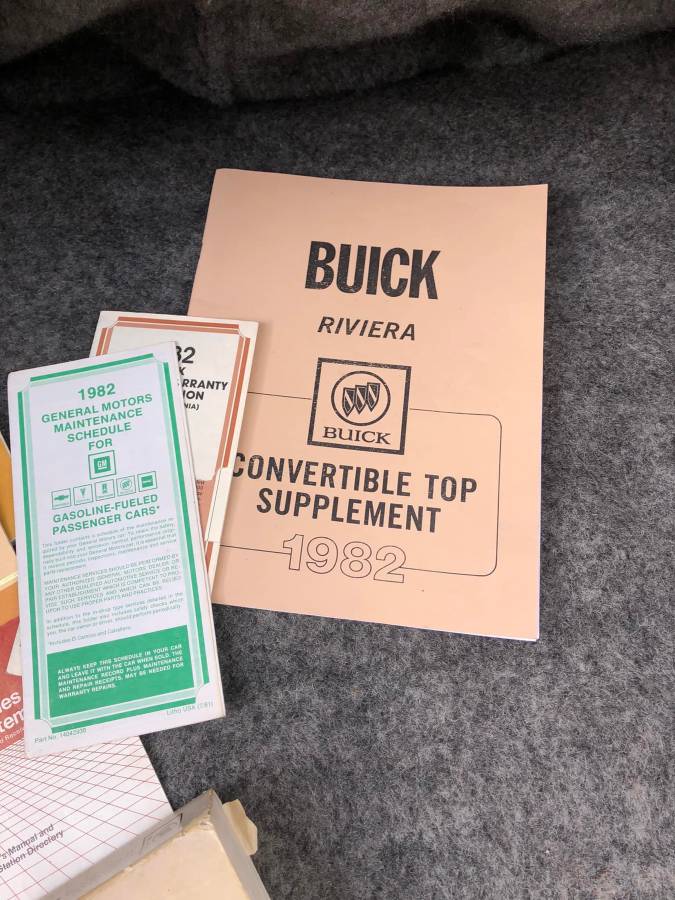 March 28, 2022 Update – We just confirmed the seller of this 1980 Buick Riviera just lowered their asking price from $13,000 to $11,000. That change is enough for the asking price to fall on the Collector Car Marketplace’s range of values by condition.

Coming of driving age in 1980 was not exactly the best time for a huge convertible fan such as myself.  Detroit was not producing any factory convertibles and with gas hovering at just over a dollar a gallon, owning a huge land yacht was just not feasible. By my senior year, though, hope was on the horizon as domestic manufacturers wanted to offer convertibles again.  A prime example is this 1982 Buick Rivera convertible originally listed in March 2022 on Craigslist in Spring Hill, Florida (Tampa). Reported to be a 99.2K original mile survivor, the car features a brand new top.

The private seller is currently asking $11,000 (the original ask was $13,000) for their 1982 Buick Riviera Convertible.  Comparing that price against the Hagerty Insurance Online Valuation Tool confirms the private seller has their Riviera priced between this guide’s #3 “Good” estimate of $8,700 and its #2 “Excellent” appraisal of $17,900. As a second data point, the Collector Car Market Review Online Tool reveals the seller’s ask currently falls now falls between this guide’s #2 “Very Good” estimate of $12,700 and its #3 “Good” appraisal of $9,400.

While Lee Iacocca gets credit for bringing back American convertibles at the beginning of the model year 1982, Buick gets the nod for being the first domestic automaker to offer a modern, downsized version of the classic land yacht later that same year. Hoping to capitalize on pent-up demand for a true four-seat convertible (while the Chrysler LeBaron convertible technically offered a back seat, the rear was not exactly a roomy place for even one person to sit), Buick contracted with American Sunroof Corporation (“ASC”) to convert hardtop Rivieras into drop-tops.  The end product was a stunner offering interior room comparable with the coupe it was based on.  Unfortunately, the $24,000 price tag, the equivalent of $64,000 today, combined with ASC’s craft-like production capacity, limited the take rate to just over 1,200 buyers for its inaugural year.

The Osborne Tramain YouTube Channel features this General Motors Halo commercial from 1982 where they feature the Buick Riviera convertible:

Every convertible looks great photographed with the top lowered, so as good as the pictures are for this Riviera, we would have traded off some of the duplicate angles provided for one shot of the car with the top raised to illustrate it’s condition as well as a shot of the open trunk showing it’s in similar shape. Based on the pictures provided, however, it’s like the condition of those will be consistent with the balance of this Riviera.

Do you have a Buick Riviera Convertible story to share?  If so, comment below and let us know!