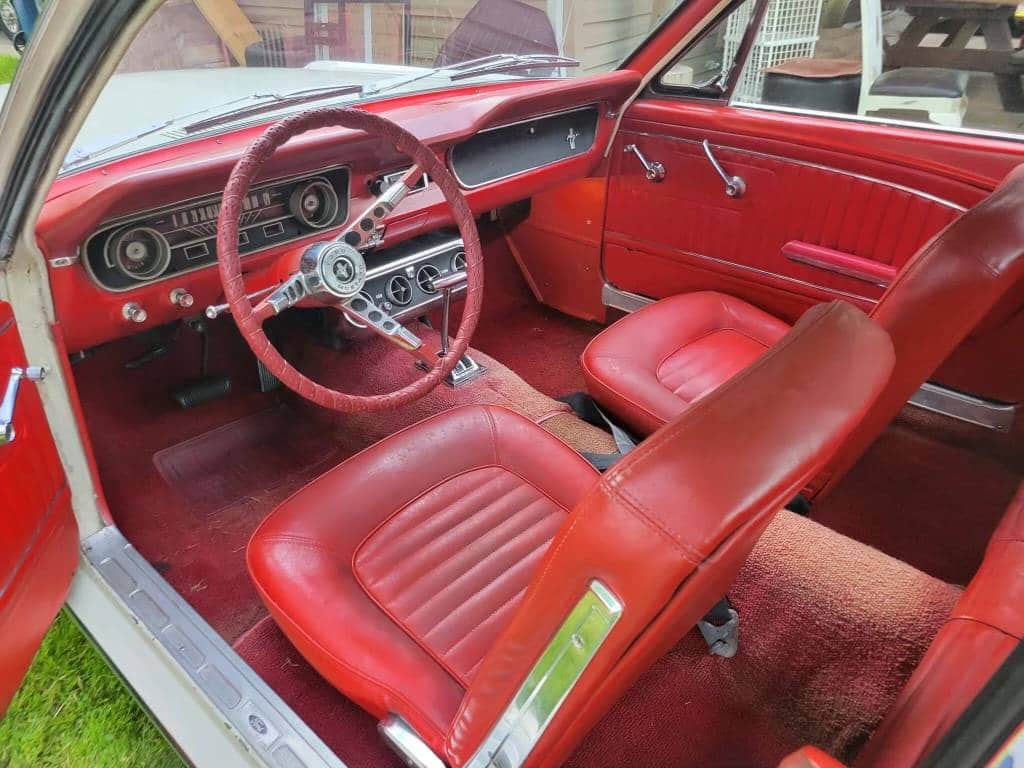 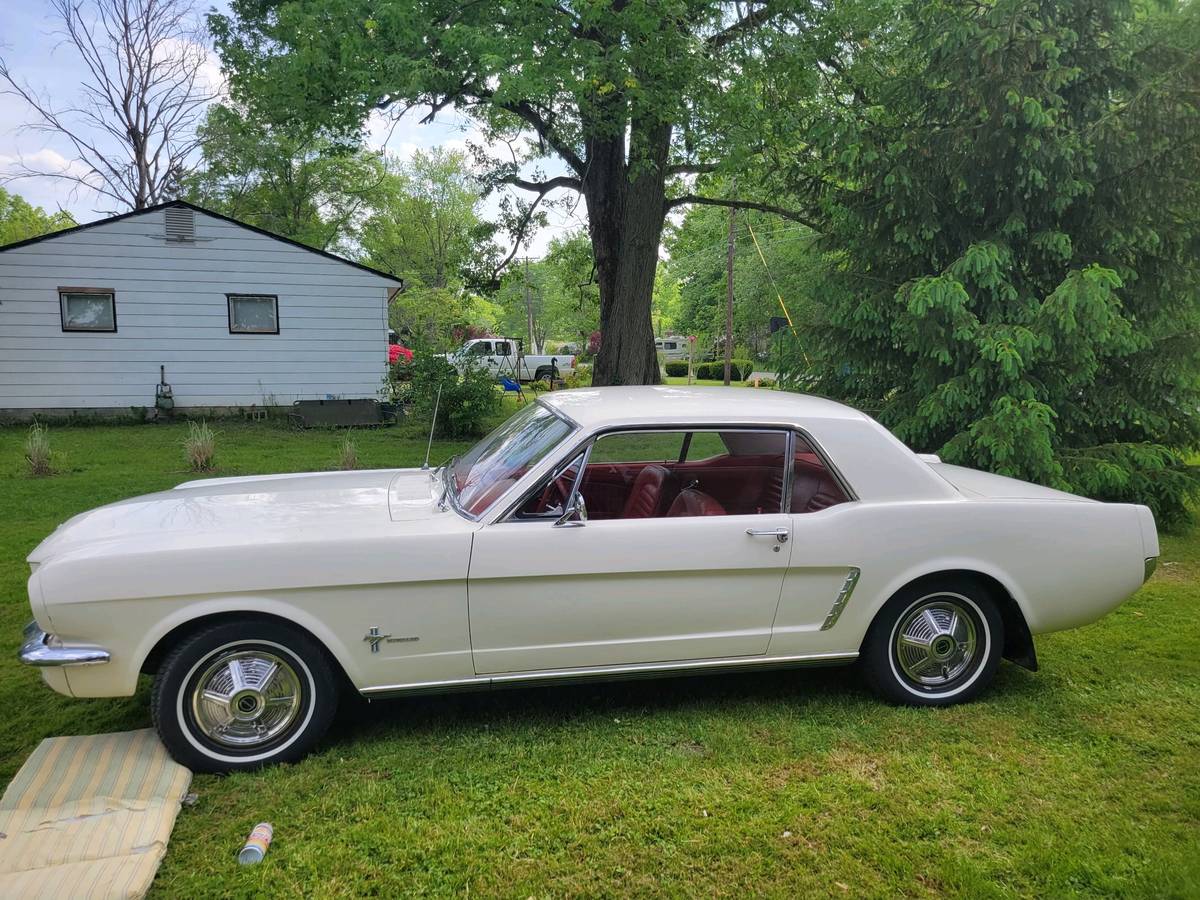 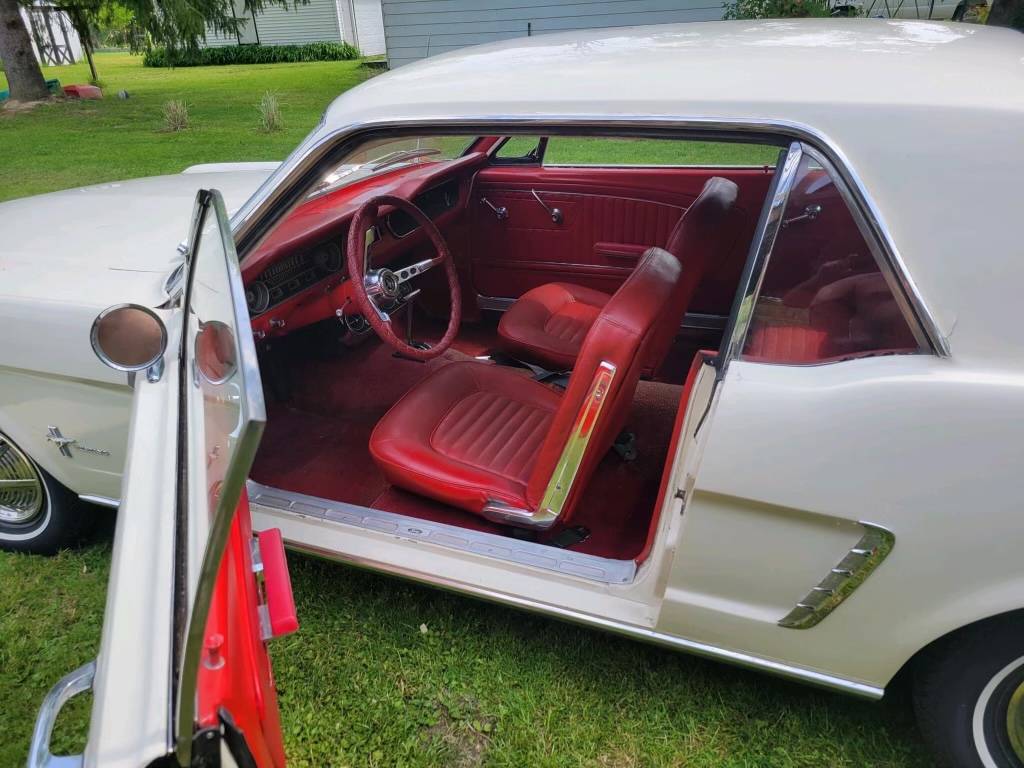 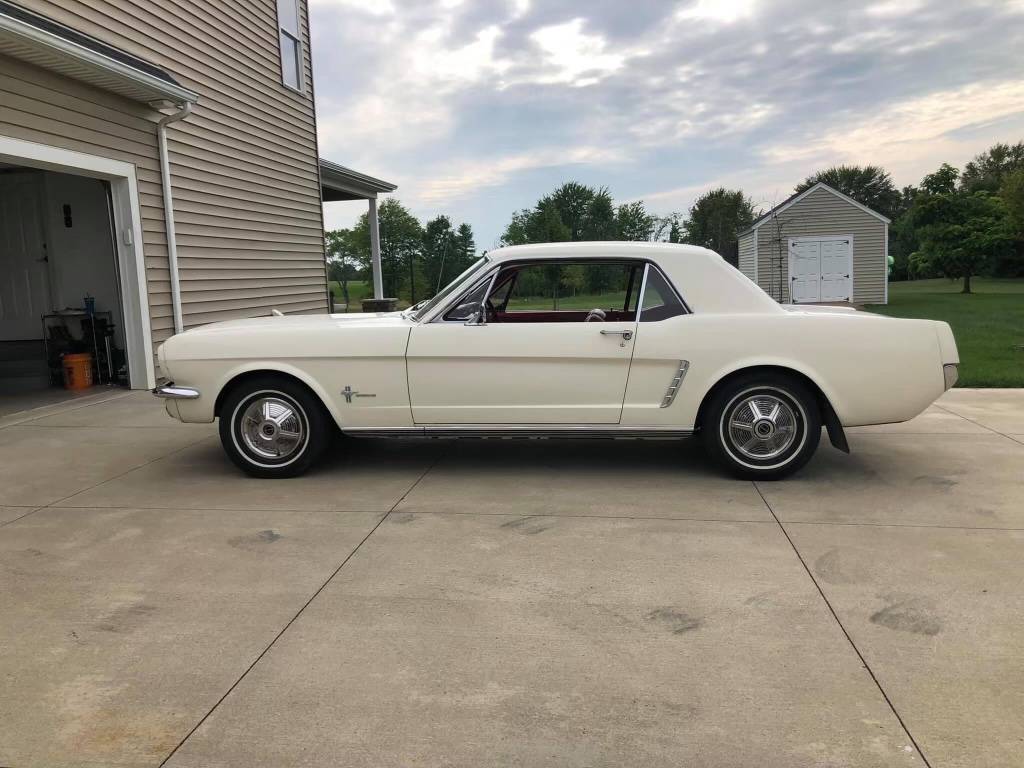 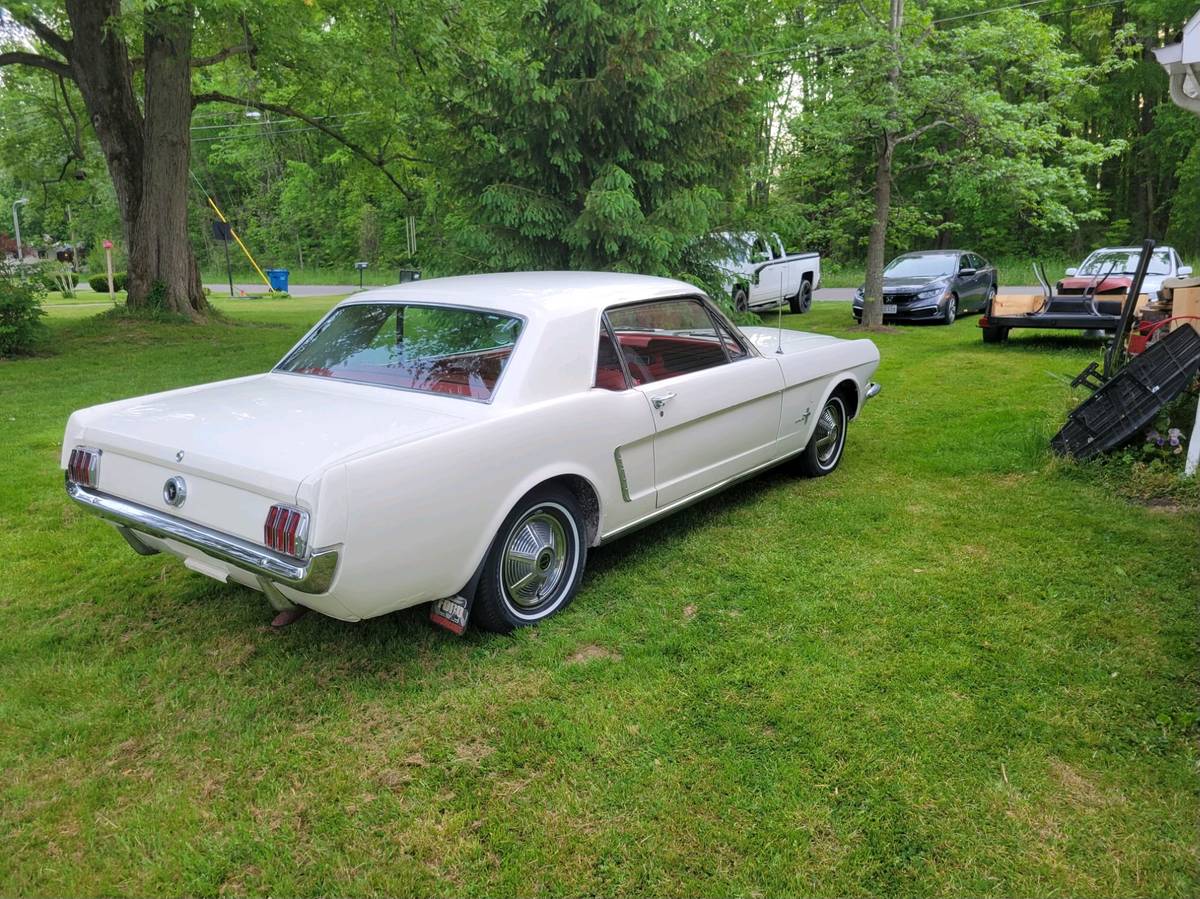 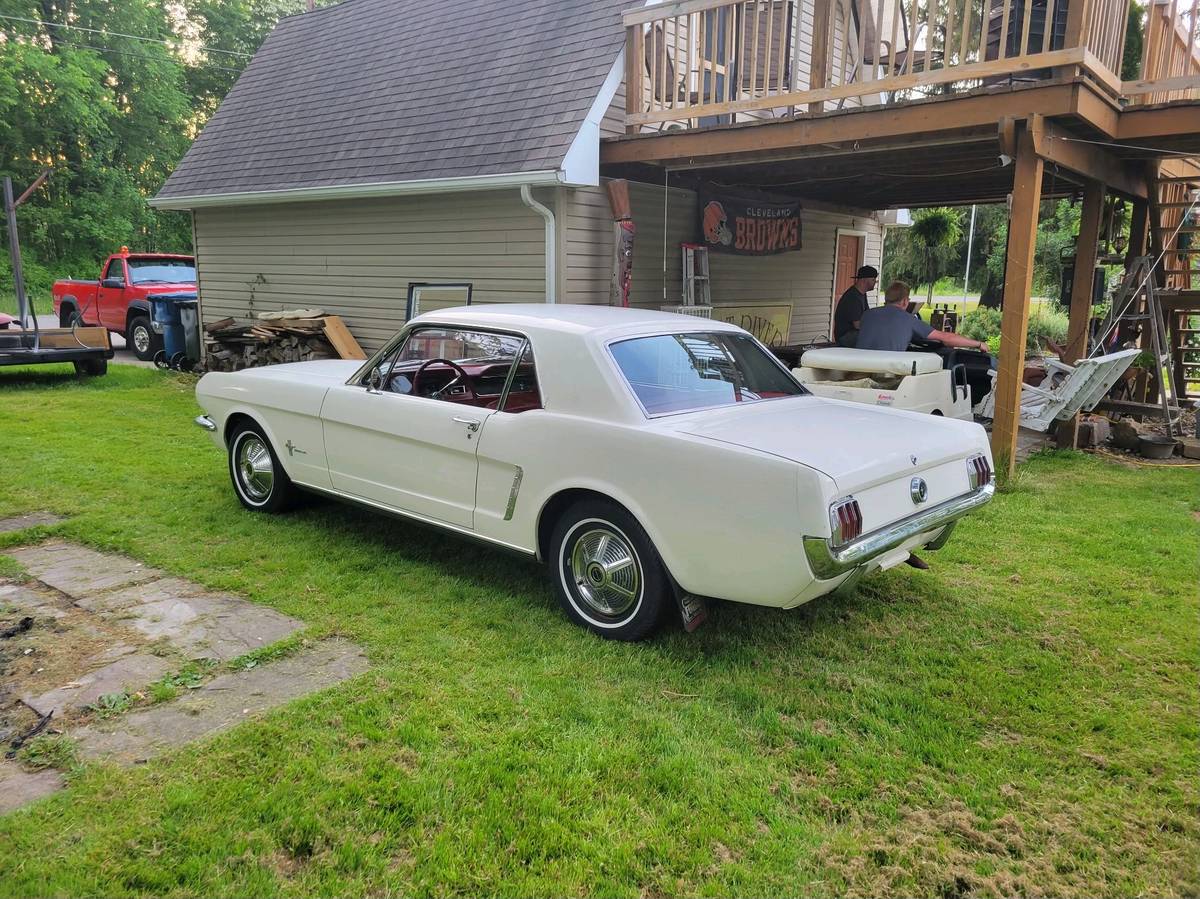 There’s no denying the Ford Mustang was a huge marketing success when it launched in the Spring of 1964.  Peel back the stylish body and bucket-seat interior, however, and you quickly find how much the original Mustang shared with the second generation Ford Falcon.  Despite having a 1965 VIN, early examples manufactured during the first four months of production are known as 1964 1/2 models that have several distinctive features.  For example, this Wimbledon White over Rangoon Red 1964 1/2 Ford Mustang Coupe originally listed in March 2022 on Craigslist in Seville, Ohio features a 170 cubic inch inline six-cylinder engine that was quickly changed to a 200 cubic inch version.  This survivor-quality example also features rare factory air conditioning reported to need servicing.

Currently offered for $17,500, comparing that price against the Hagerty Insurance Online Valuation Tool confirms the private seller has their Mustang priced between this guide’s #4 “Fair” (Daily Driver) estimate of $9,700 and its #3 “Good” appraisal of $18,000.  As a second data point, the  Collector Car Market Review Online Tool reveals the seller’s ask falls between this guide’s #2 “Very Good” estimate of $14,800 and its #1 “Excellent” appraisal of $22,900.

With first-generation prices on the rise, this air-conditioned, survival quality, 1964 1/2 Ford Mustang Coupe makes an economical but stylish investment.