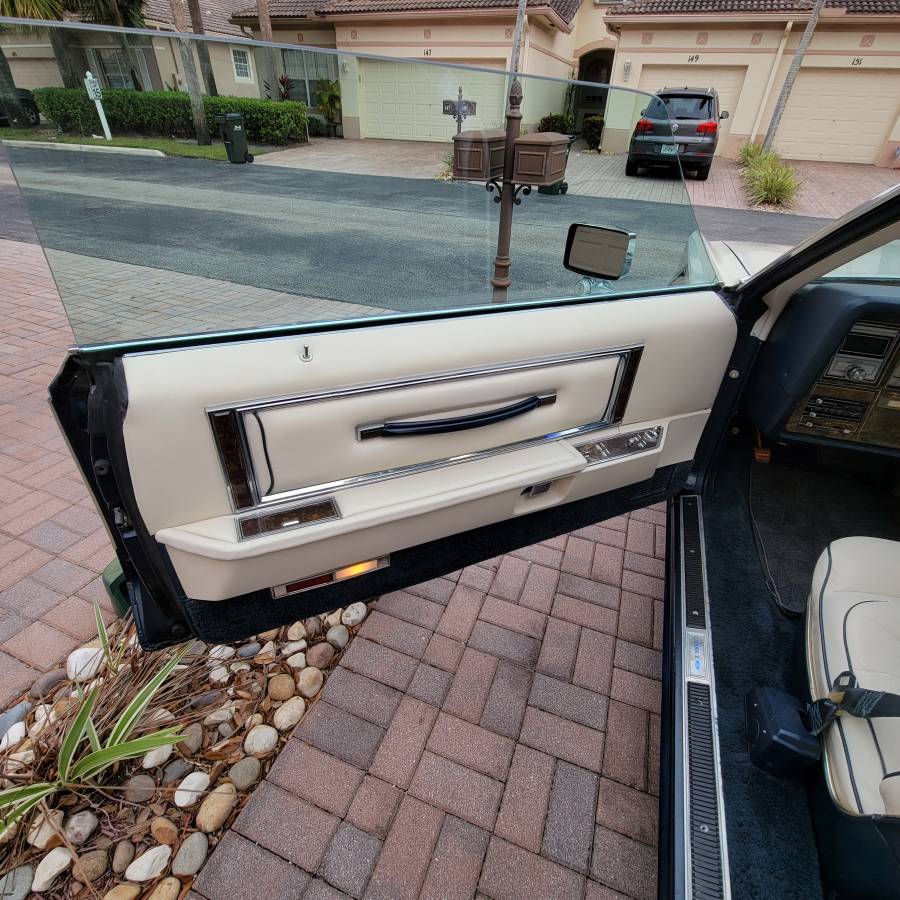 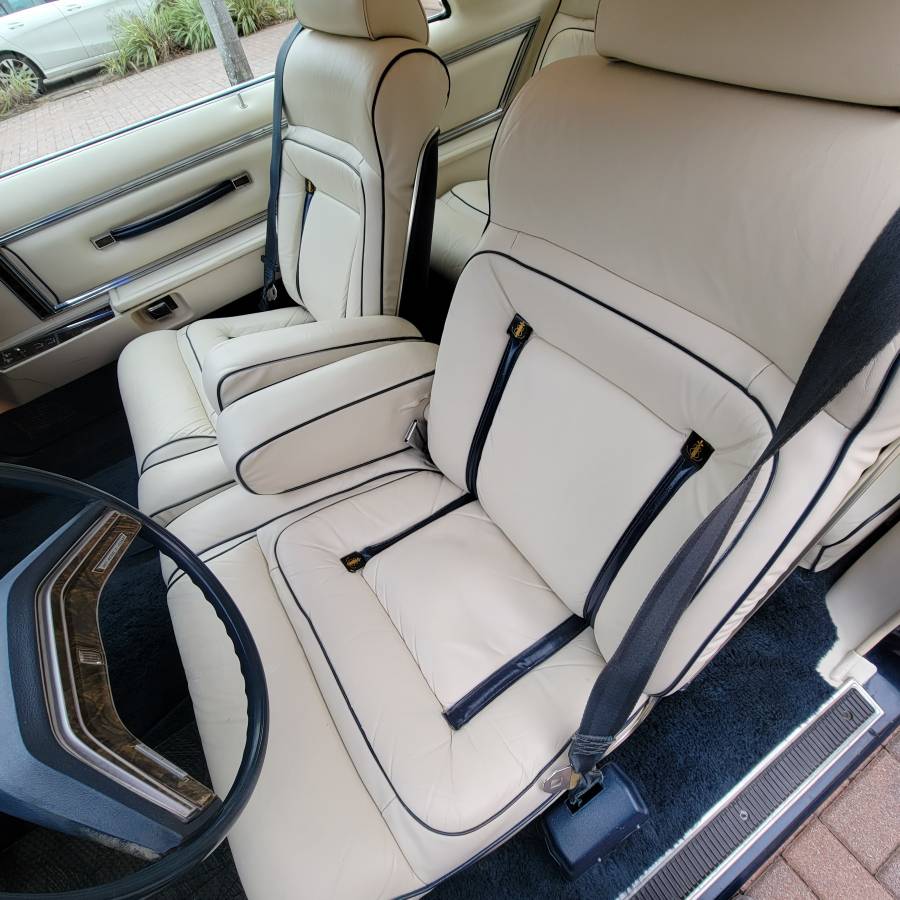 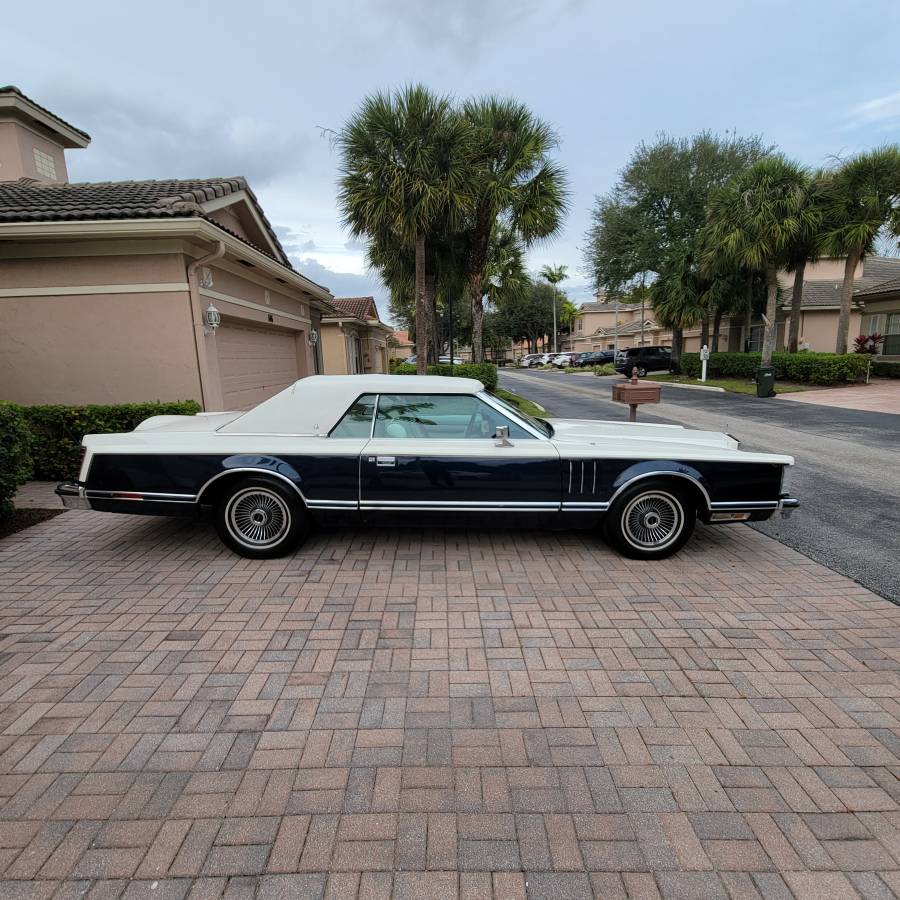 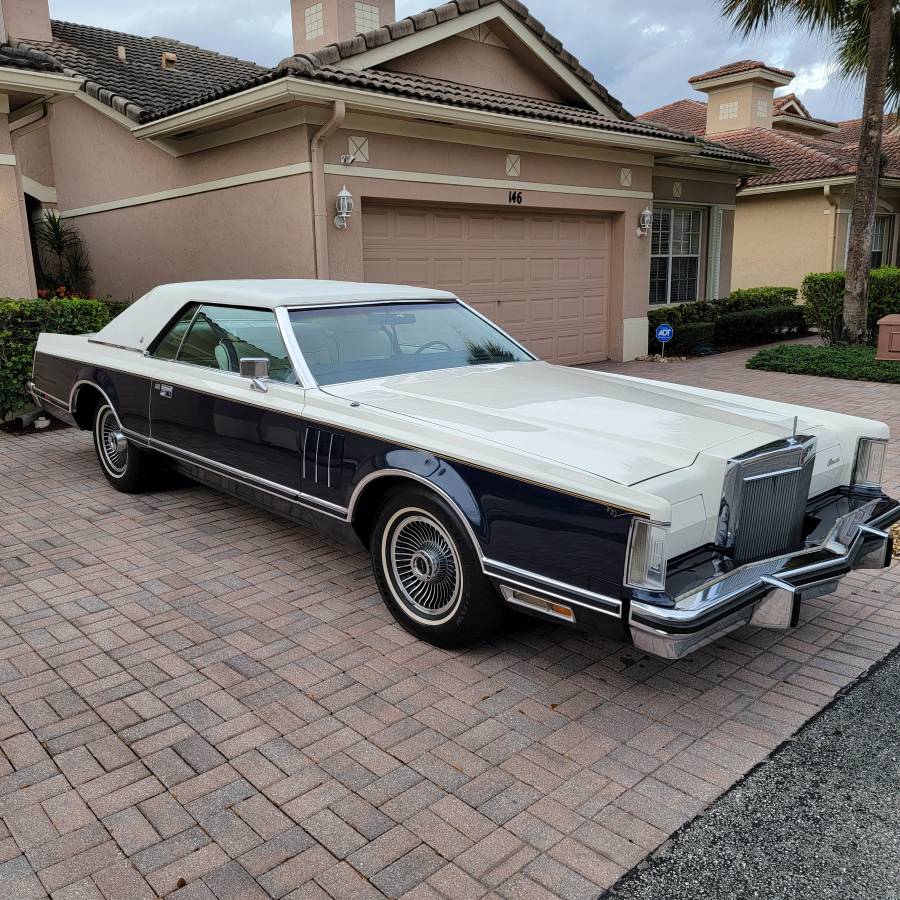 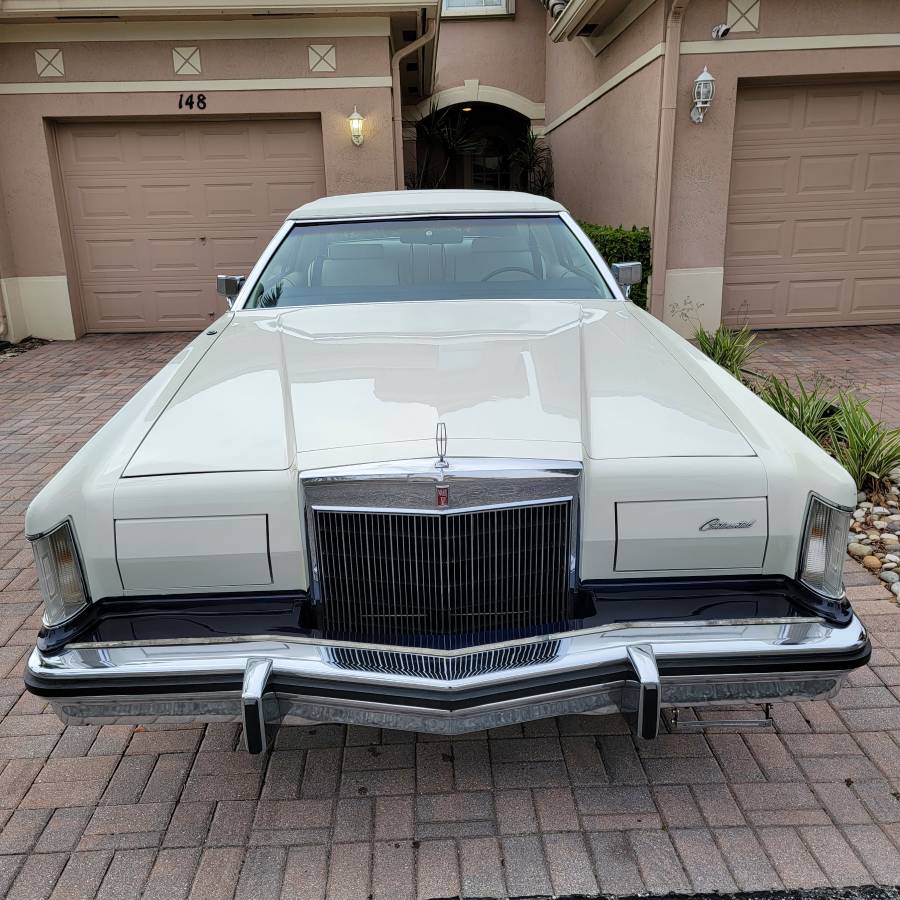 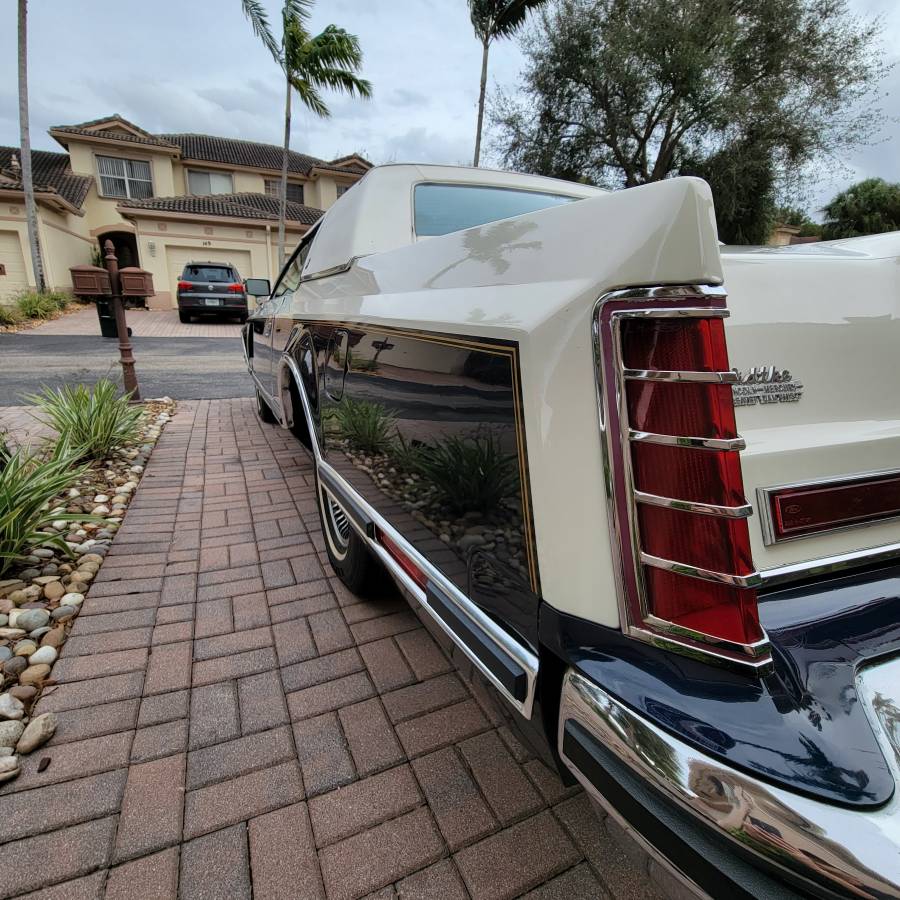 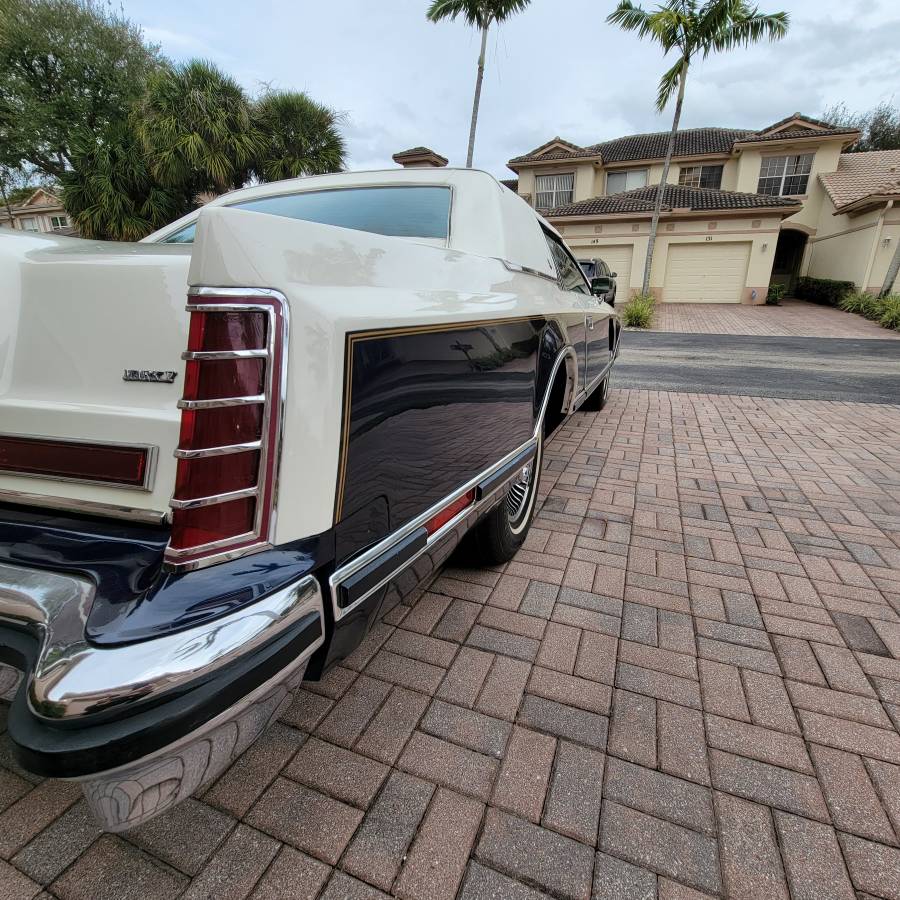 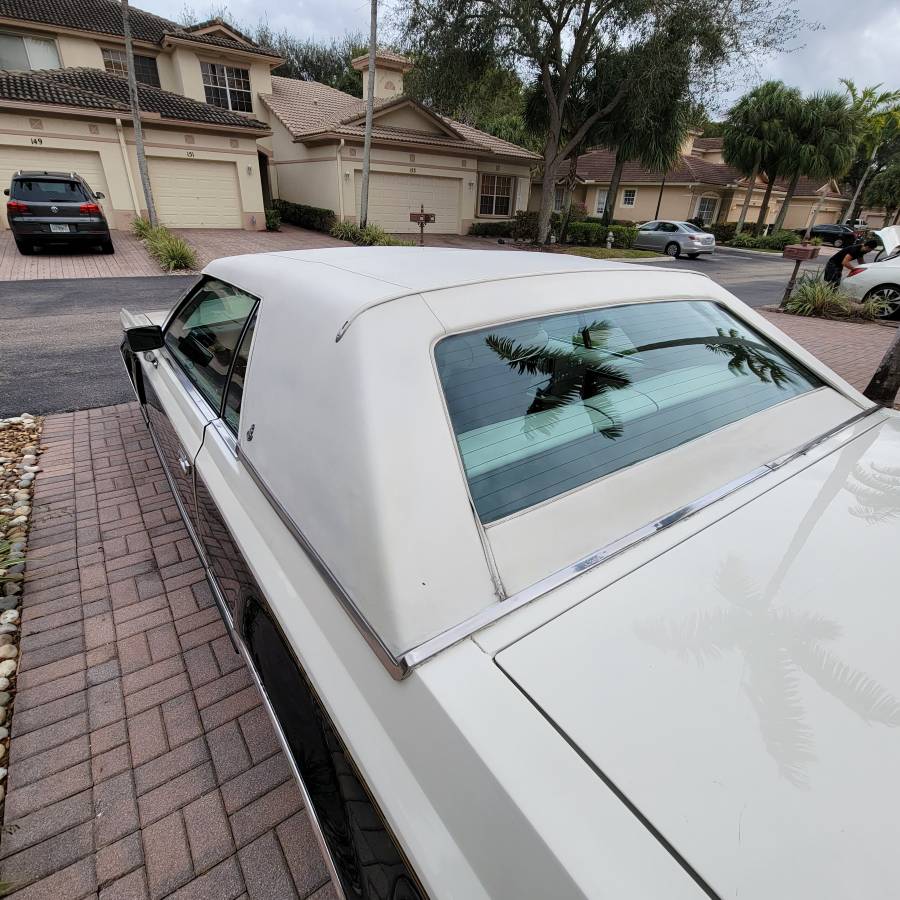 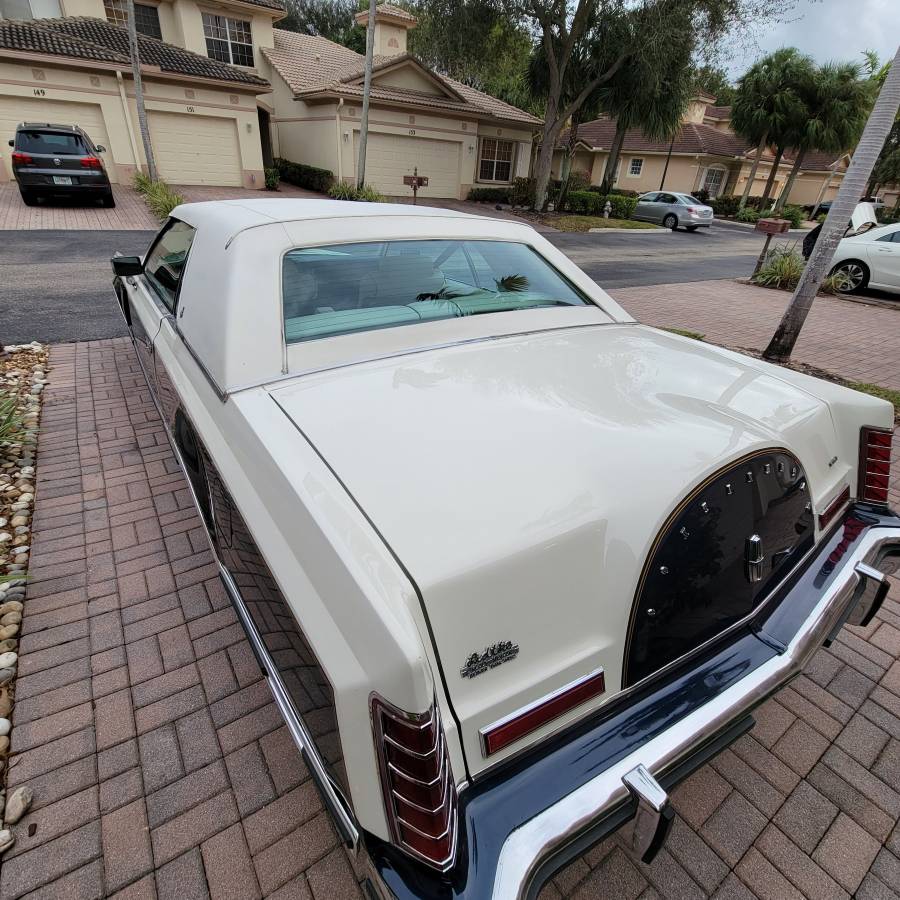 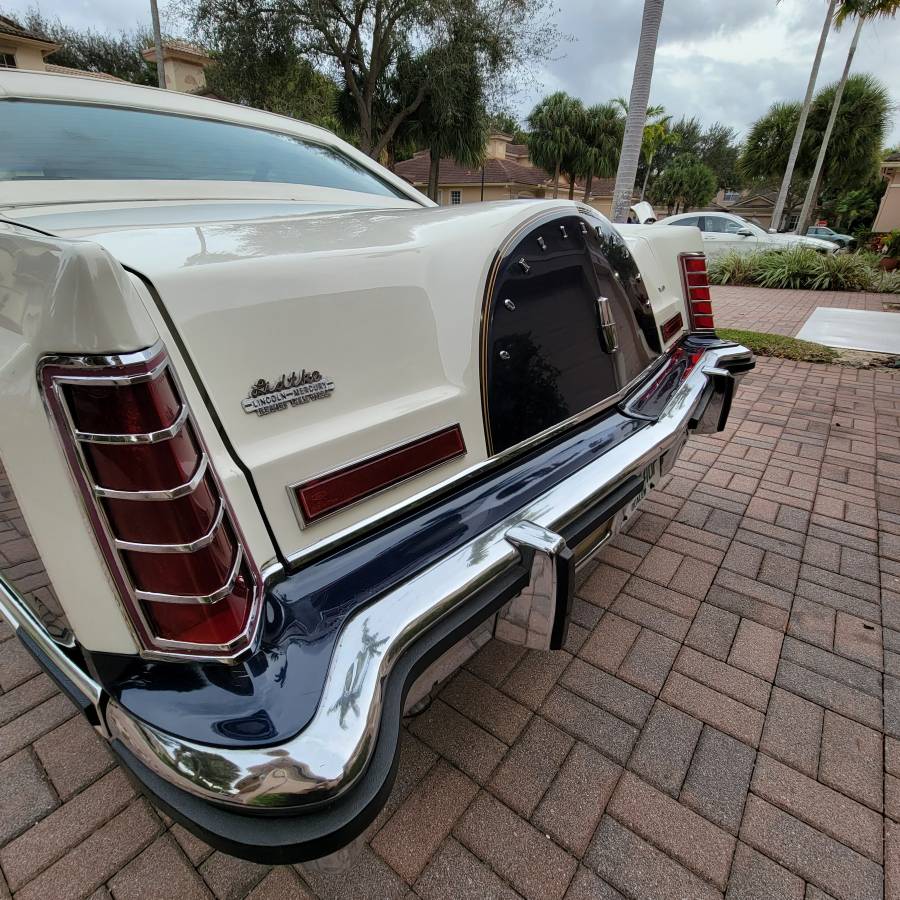 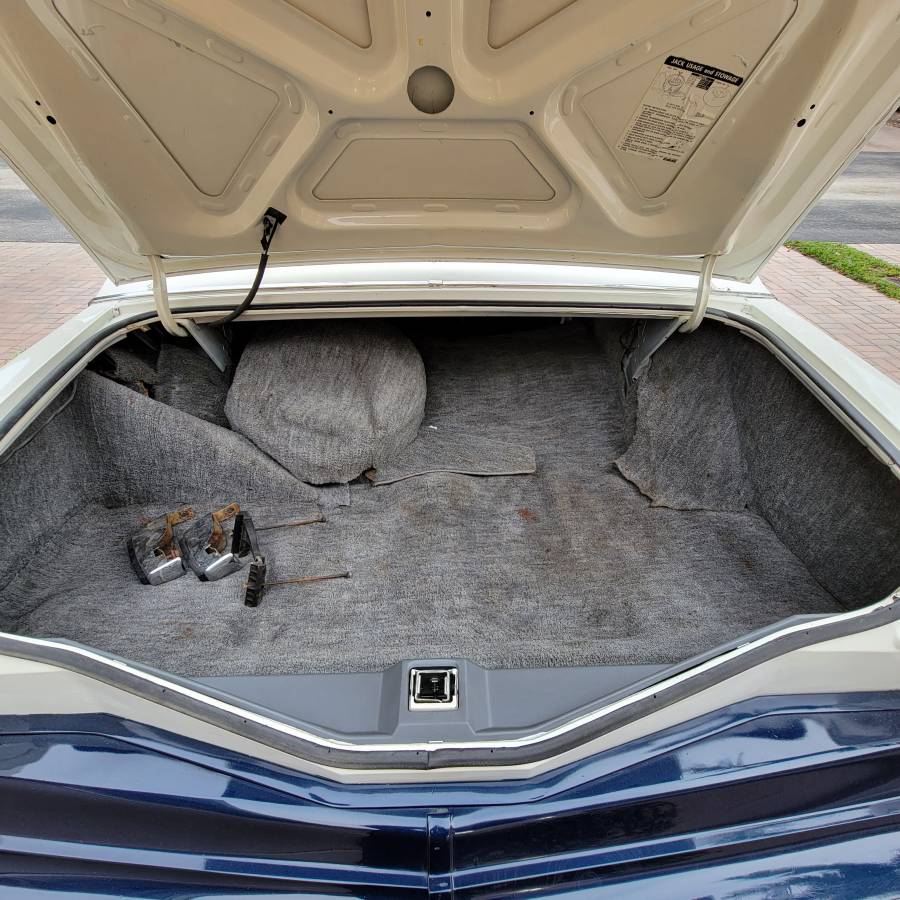 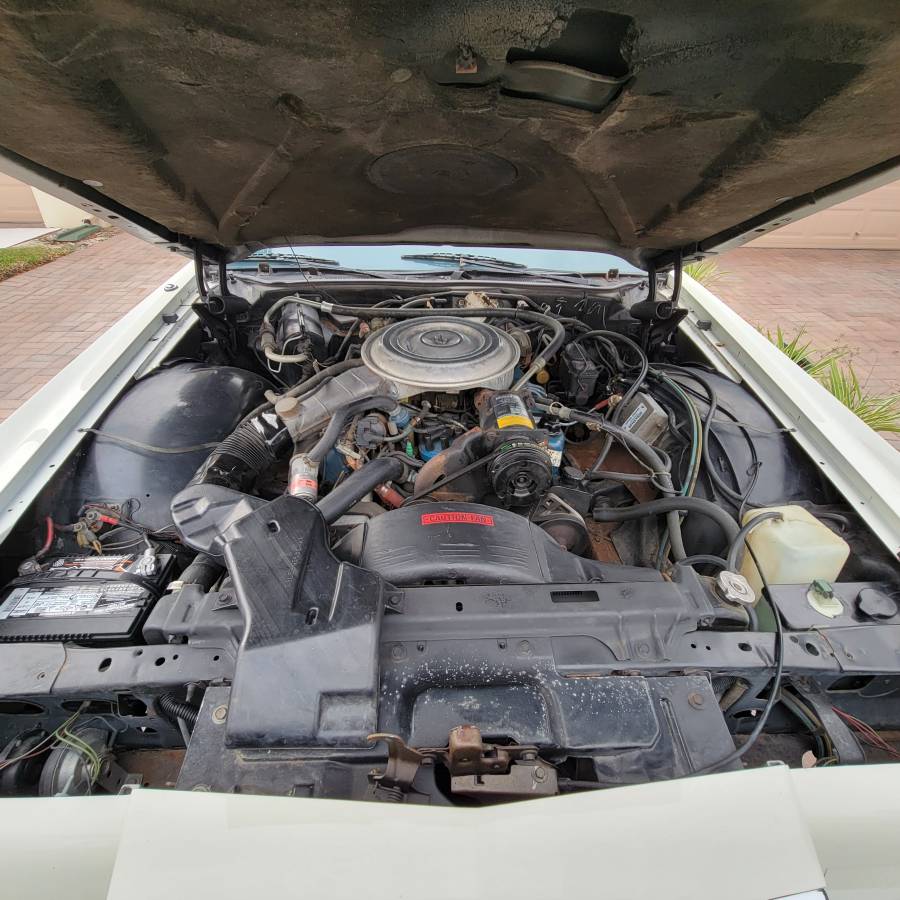 March 27, 2022, Update – We confirmed the seller of this “Classifind” deleted their listing, so we’re now able to call this one “SOLD!” While this one got away, please reach out either by email or call us directly if you’d like to be informed when we come across something similar.

It could be argued that the mid to late 1970s saw the fullest flowering of the personal luxury car concept. As emissions control tuning eroded performance it made sense for manufacturers to entice buyers with style, comfort, and convenience rather than performance. Looking crisp and tailored in comparison to its baroque archrival Cadillac Eldorado, the Lincoln Continental MKV beautifully exemplifies disco-era American luxury. This is especially true of the designer editions like this 1979 Bill Blass MKV originally listed in March 2022 on Craigslist in Delray Beach, Florida (Fort Lauderdale). The Bill Blass treatment adopts a distinctly nautical theme, the Tu-Tone Midnight Blue Metalic and white paint were supposed to appeal to yacht owners and, perhaps more importantly, to those who aspired to be yacht owners. The brochure went so far as to claim that the Bill Blass MKV has “the All-American look of a yachting party on the 4th of July.”  A mock convertible “Carriage Roof” treatment is employed for an extra touch of sportiness but the MKV’s signature oval opera window is lost in the process. The interior leather upholstery is white and Midnight Blue to match the exterior as are body side moldings. The seller claims that this car has covered 86k miles and is in good running condition, but not perfect, with everything but the AC being functional.

Currently offered for $10,500, comparing that price against the Hagerty Insurance Online Valuation Tool confirms the private seller has their Bill Blass Edition Continental MKV priced between this guide’s #3 “Good Condition” estimate of $12,100 and its #4 “Fair Condition” appraisal of $5,400.  Similarly, the  Collector Car Market Review Online Tool reveals the seller’s ask falls between this guide’s #1 “Excellent” estimate of $14,740 and its #2 “Very Good” appraisal of $8,800.

The MKV was a holdout, it continued to use the chassis that had underpinned the 6th generation Ford Thunderbird (as well as the Continental MKIV and Mercury Cougar) while the T-bird and Cougar shifted to the smaller platform shared with the Ford Torino and LTDII in 1977.  The MKV also retained many of the baroque styling elements such as opera windows (on most models), a Rolls-Royce style grille, and signature decklid “hump” that had become synonymous with Lincoln’s personal luxury coupes. But in the MKV, there is a studied restraint in the razor-edged fenders that give the car a tailored look. The decadent long hood, trim glasshouse, and short(ish) deck come off as classic rather than excessive.

Conservative, conventional engineering prevailed with the MKV which employed a separate chassis, V8 power, and rear-wheel-drive architecture. The standard 400 cubic-inch engine delivered 179 horsepower (such as fitted here) while an optional 208 horsepower, 460 cubic-inch V8 could be specified, a three-speed automatic was obligatory.

As the last of the “big” Marks, the Continental MKV is something special; even more so for buyers who chose one of the designer editions by Bill Blass, Givenchy, Pucci, or Cartier. There were also Diamond Jubilee and Collector editions, the latter of which added $8000 to the base price. The MKVI which succeeded it in 1980, while a very worthy car, was shrunken in every dimension and never quite managed to possess the gravitas of its massive forbear- in spite of meaningful improvements in fuel efficiency and nimbler handling.

This vintage ad from the Classic Cars Today youtube channel highlights all of the MKV Designer Editions for 1979, including the Bill Blass MKV.

While not perfect, as stated in the seller’s description this Bill Blass MKV looks to be priced in line with the market and might be a compelling choice for the buyer who wants a lot of Saturday Night Fever style for a relatively modest outlay.

“1979 Lincoln Mark V Bill Blass 86k mi The car looks runs and drives great for its age everything works but AC a real nice old school cruiser that’s not perfect but offered at a good price. need to sell so make me an offer. clean title private party sale more pics upon request. thanks for reading this ad. $10500 call Robert”

Do you have a Lincoln Continental Mark V story to share?  If so, comment below and let us know! 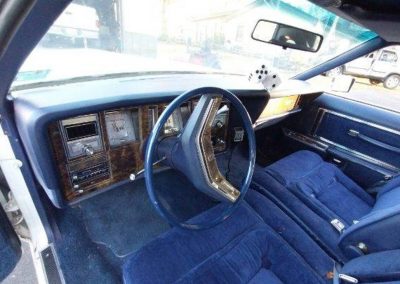 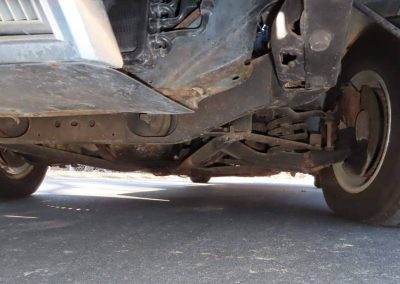 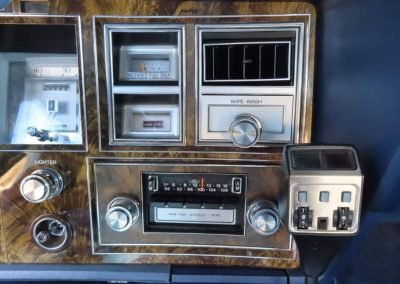 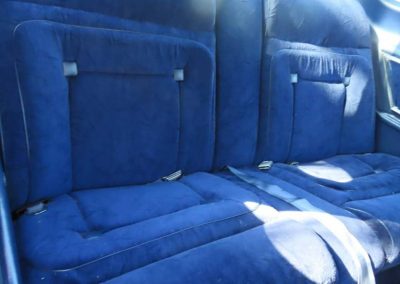 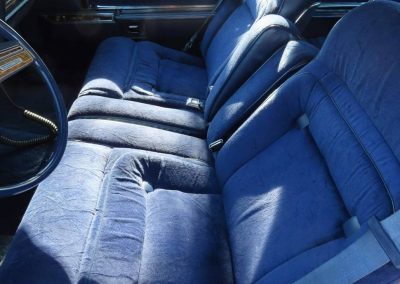 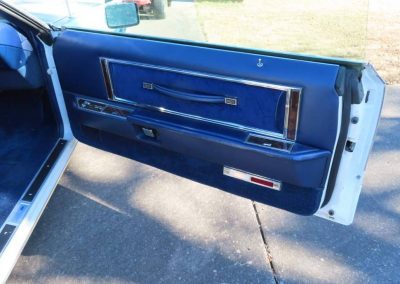 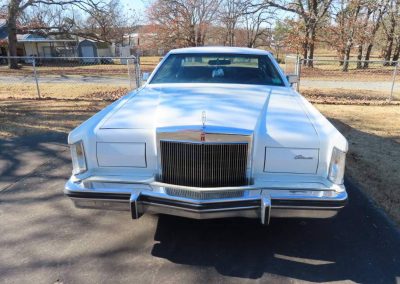 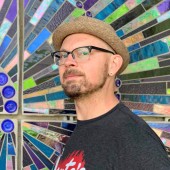