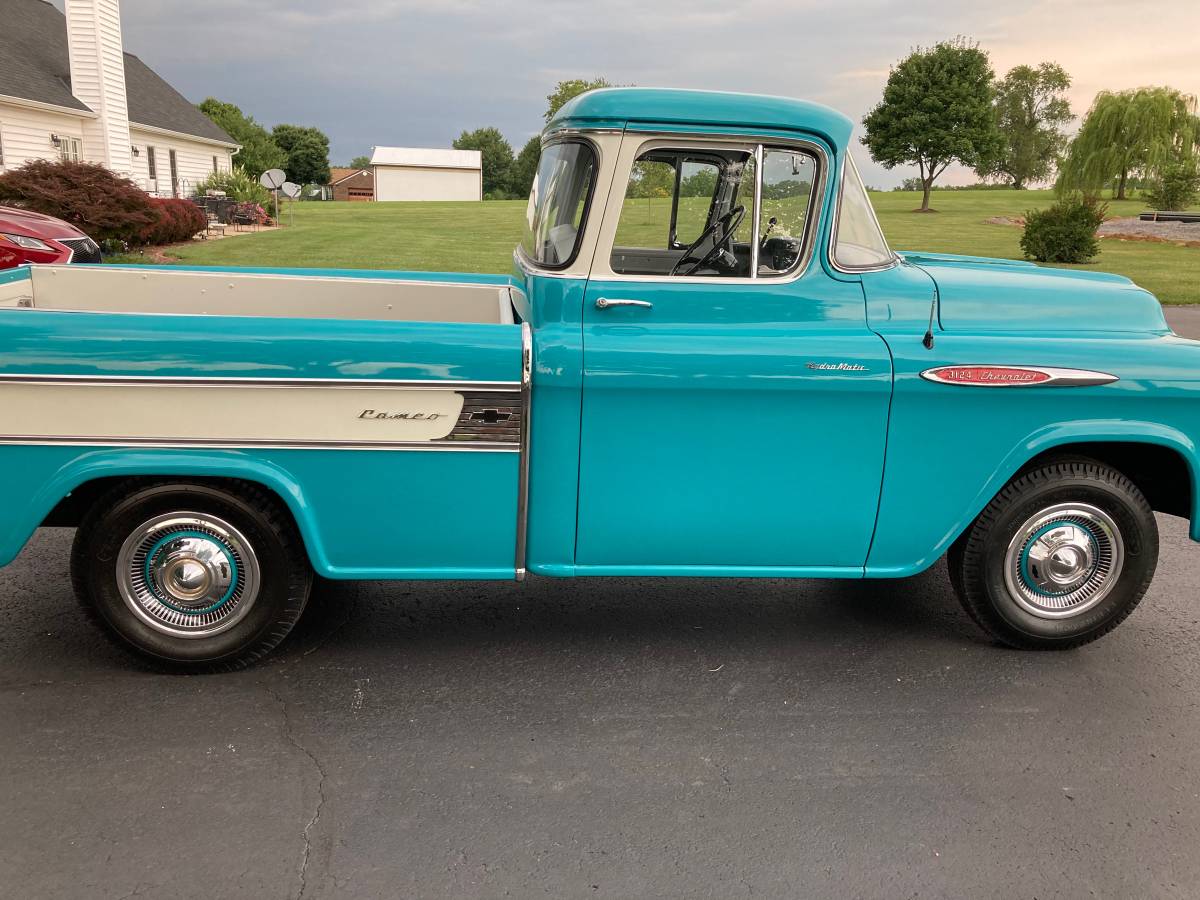 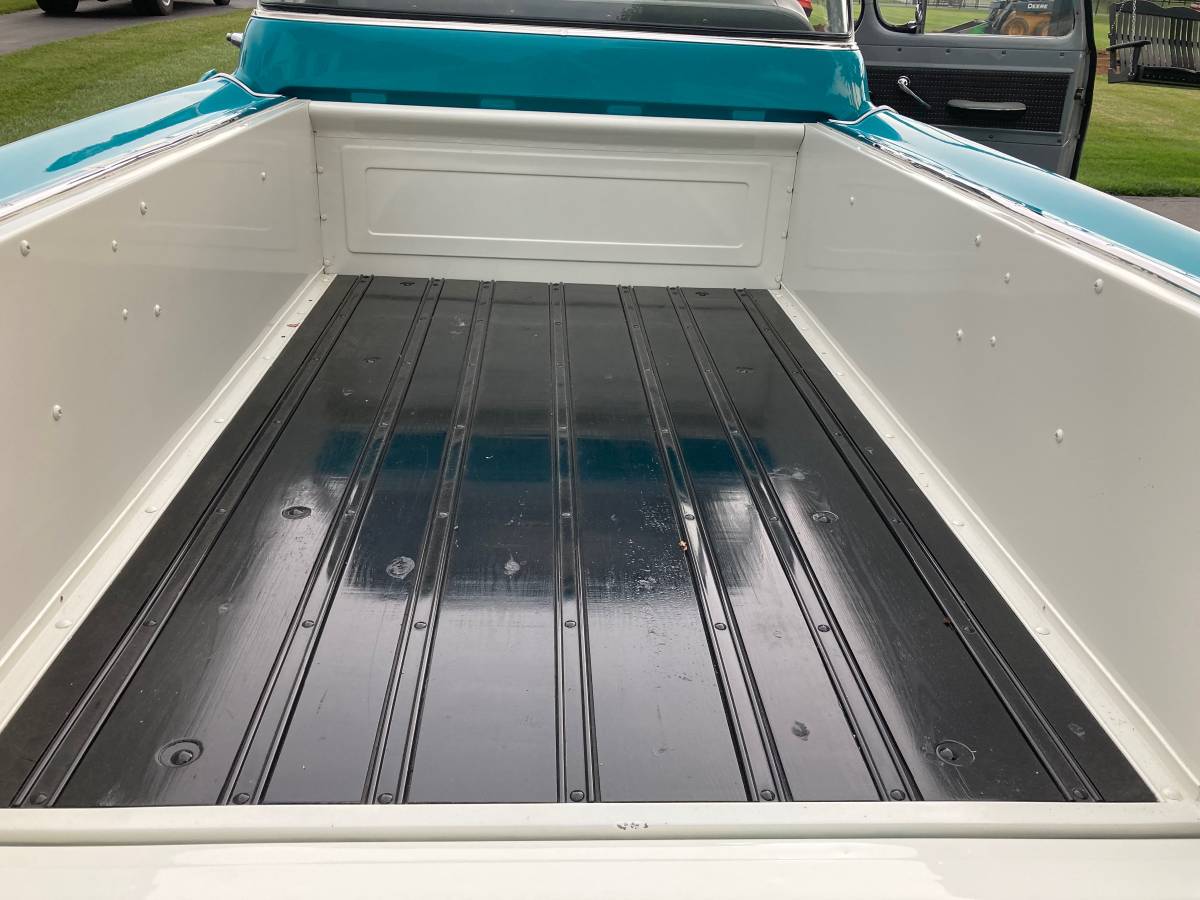 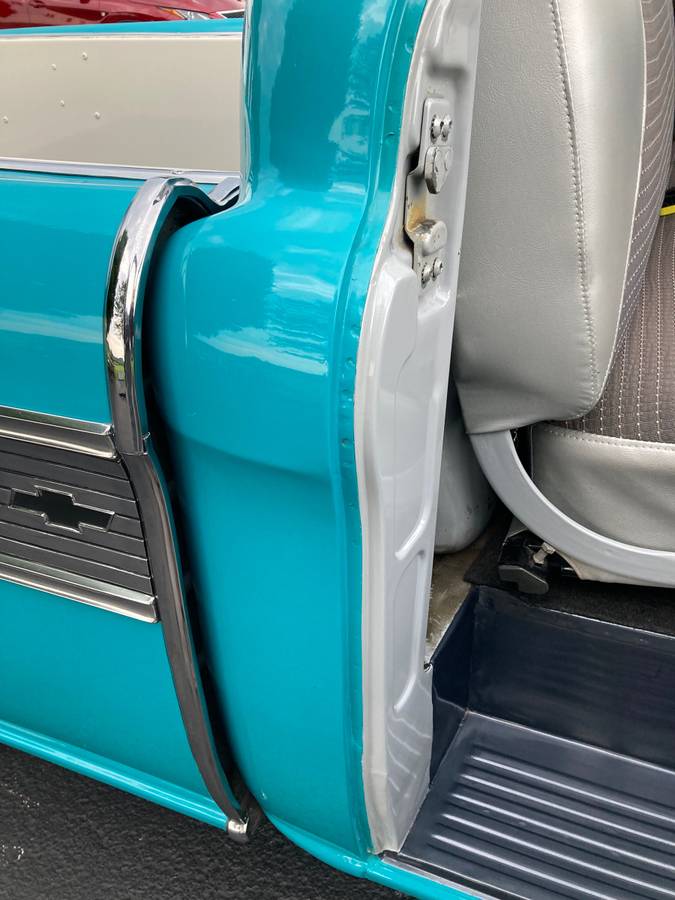 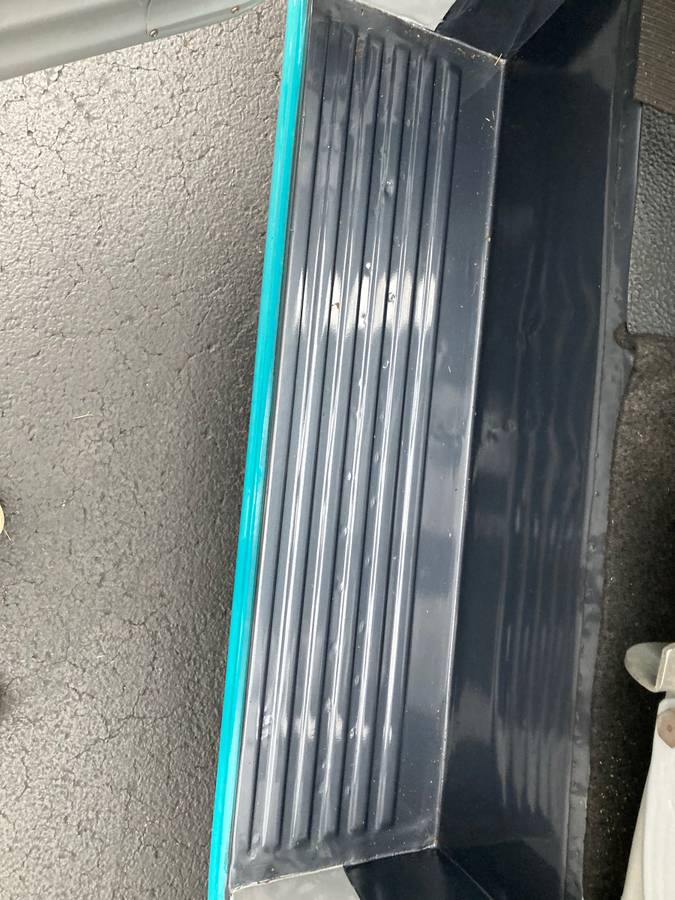 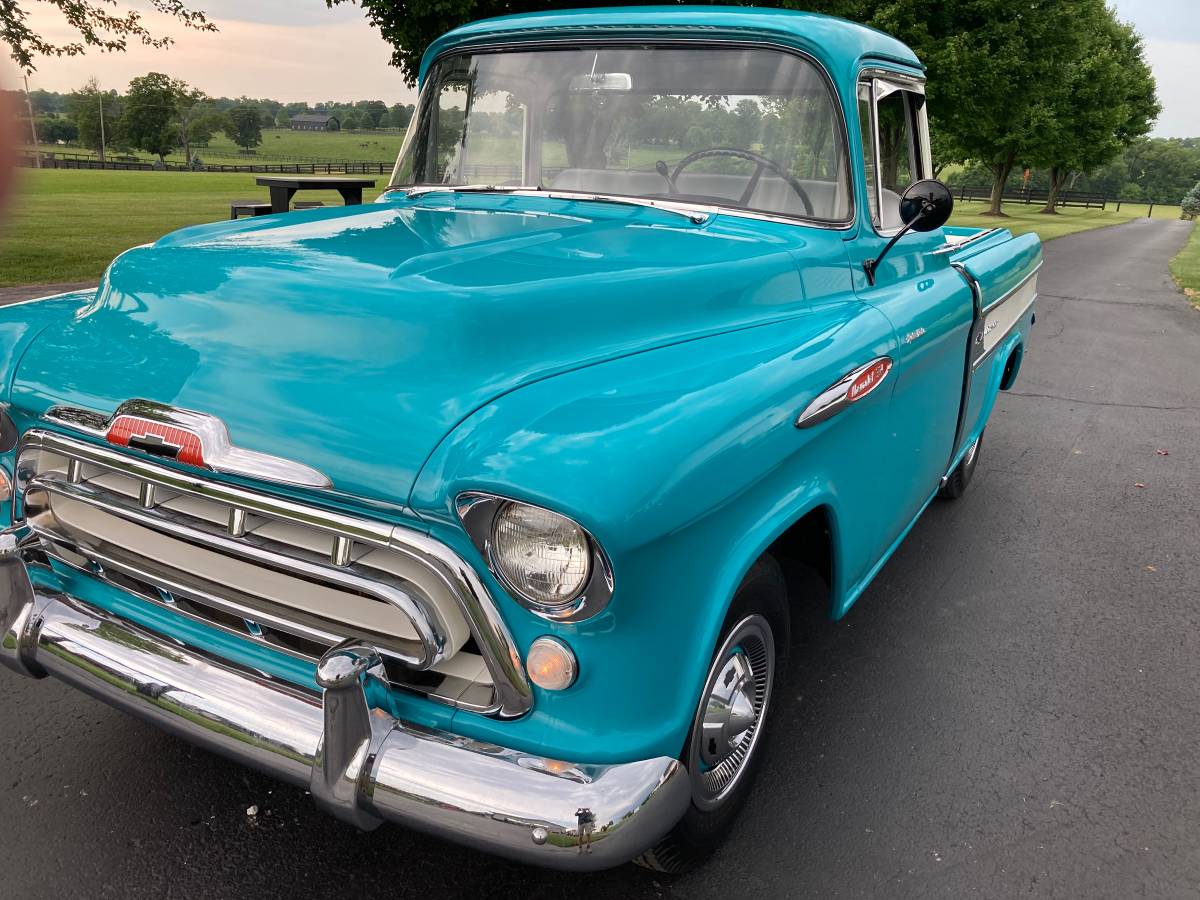 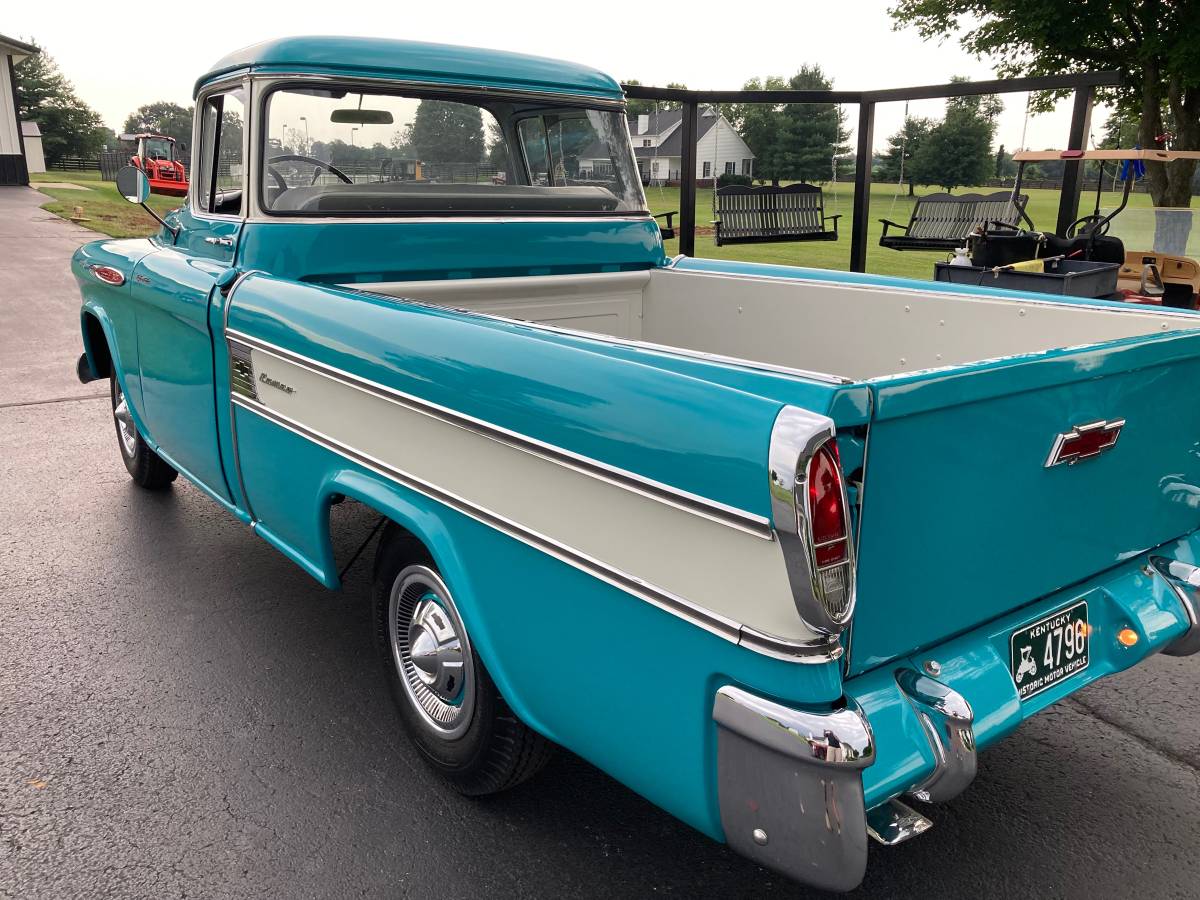 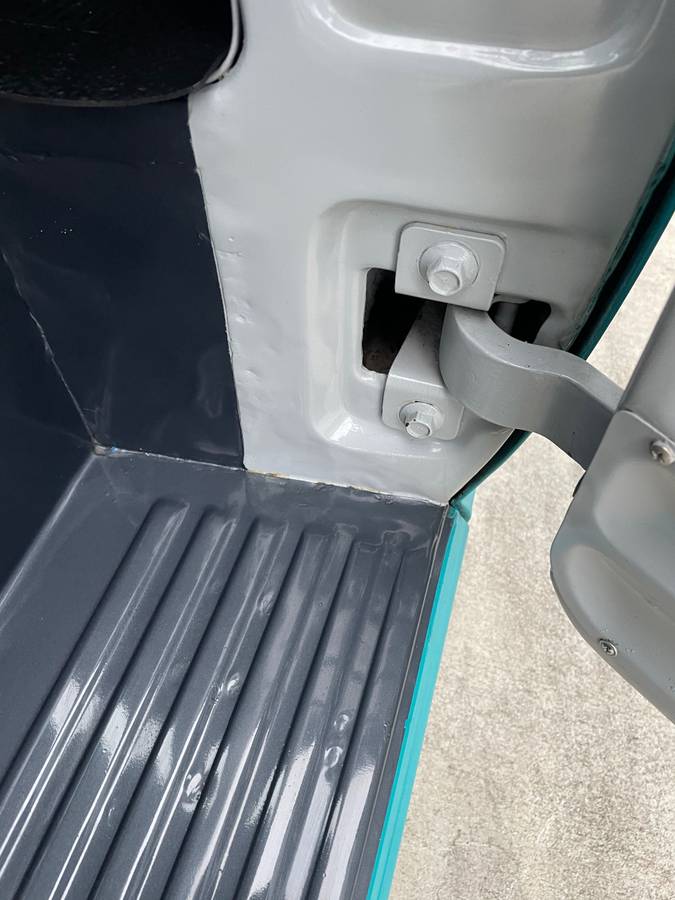 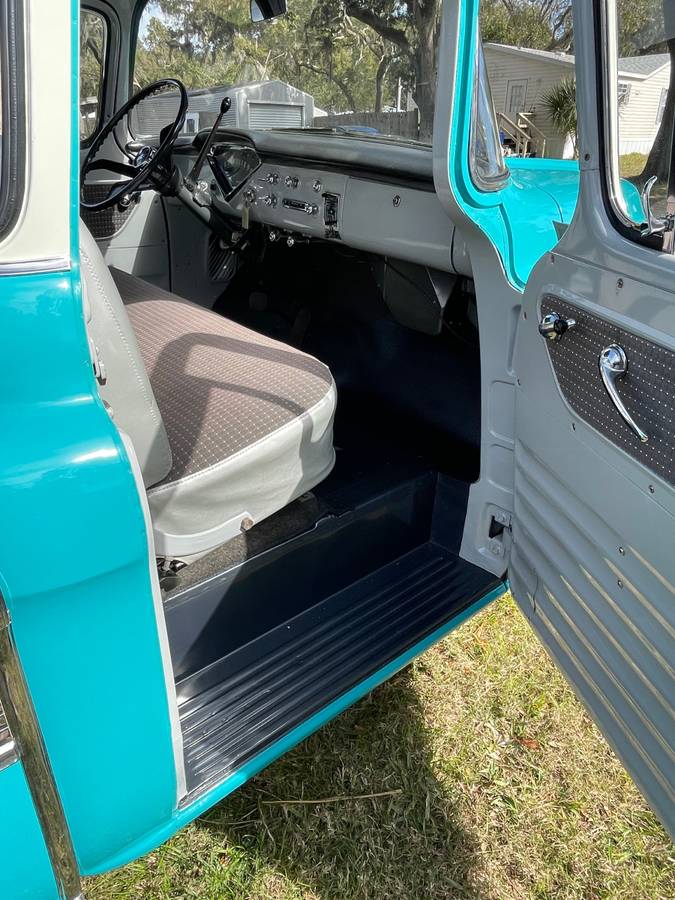 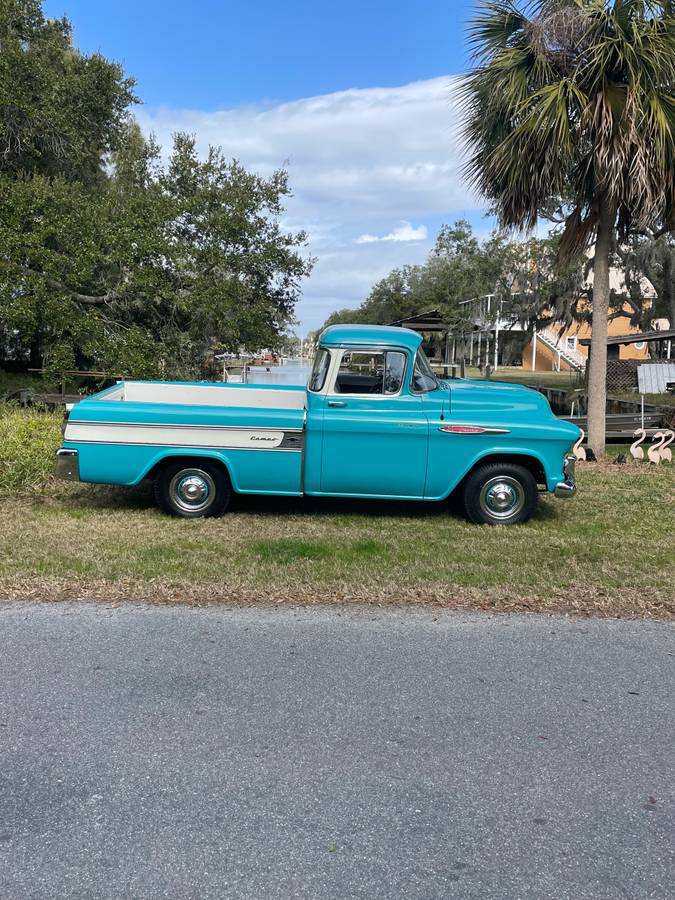 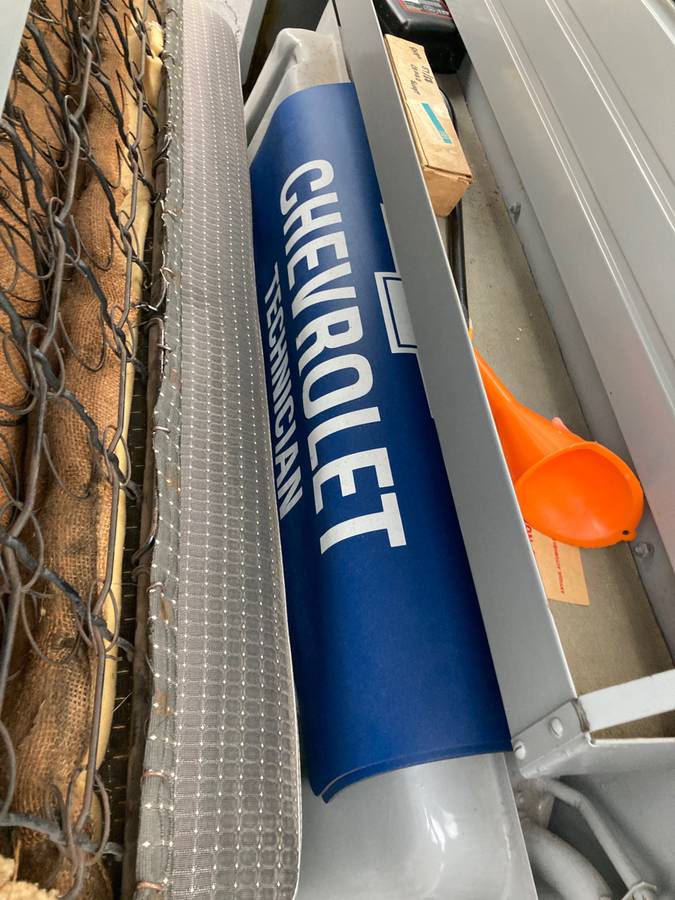 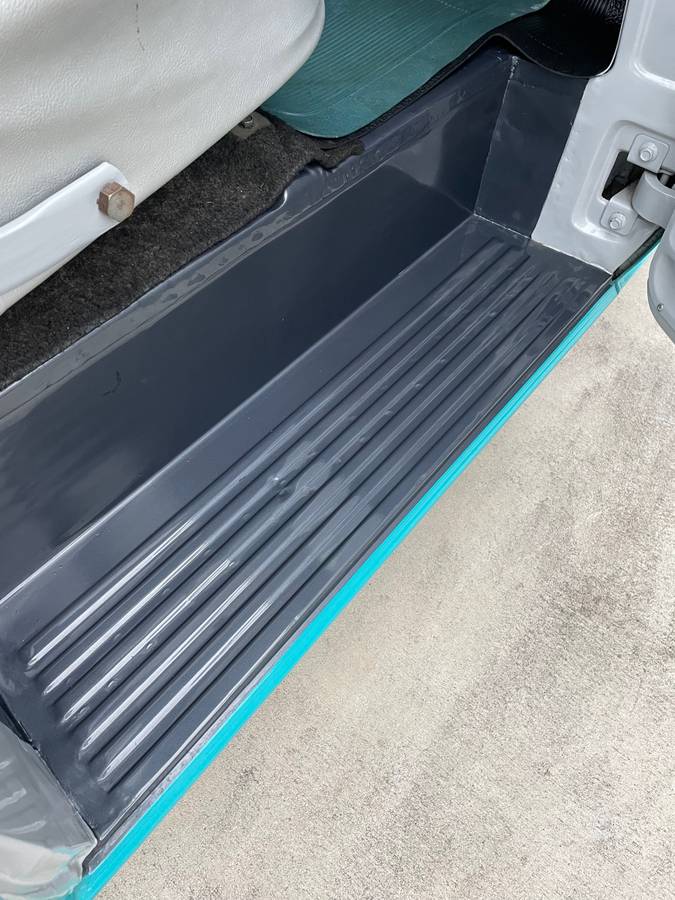 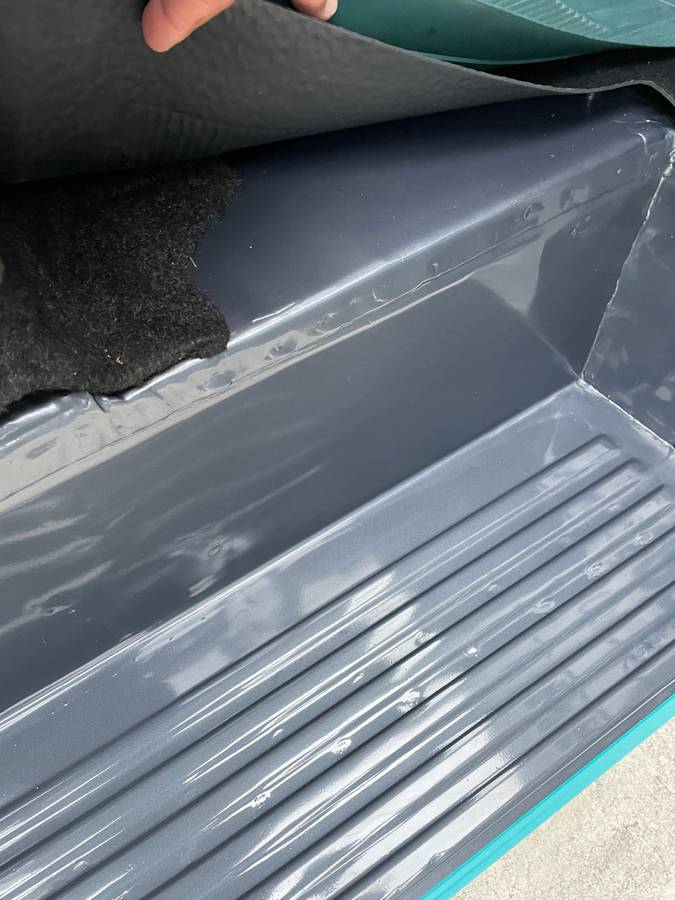 March 28, 2022, Update – We confirmed the seller of this “Classifind” deleted their listing, so we’re now able to call this one “SOLD!” While this one got away, please reach out either by email or call us directly if you’d like to be informed when we come across something similar.

Trucks as luxurious as a car are now commonplace on American roads. That wasn’t always the case as for many years trucks were seen as nothing more than utilitarian workhorses.  When it launched its new “Task Force” line of trucks for the 1955 model year, Chevrolet recognized a growing number of potential truck buyers who wanted more car-like features and styling offered in their pickup trucks. Chevy answered the call with the Cameo Carrier pickup. While most buyers of these luxurious (by mid-fifties pickup truck standards) trucks opted for the optional V8, the original owner of this 1957 Chevrolet Cameo originally listed in March 2022 on Craigslist in Crescent Beach, Florida opted for the standard inline six-cylinder engine combined with the optional four-speed Hydramatic automatic transmission. The seller reports that while the interior is as it came from the factory in 1957, the exterior benefits from a repaint in 1978 that appears to be holding up very well.

Currently offered for $55,000, comparing that price against the Hagerty Insurance Online Valuation Tool confirms the private seller has their Cameo Carrier priced between this guide’s #2 “Excellent” estimate of $54,800 and its #1 “Concours” appraisal of $84,800.  Similarly, the  Collector Car Market Review Online Tool reveals the seller’s ask falls between this guide’s #2 “Very Good” estimate of $50,900 and its #1 “Excellent” appraisal of $72,300.

Chevrolet introduced its completely redesigned and stylish “Task Force” line of trucks in March of 1955.  In addition to a complete line of regular trucks, Chevrolet offered what some call the pre-cursor to the first El Camino and today’s luxury trucks:  the light-duty and very stylish Cameo Carrier. Although a variant of Chevrolet’s light-duty pickup, the Cameo Carrier offered an array of car-like features that included passenger-car styling, fiberglass rear fenders, a relatively luxurious (compared to other trucks of the period) interior, as well as an optional V8 engine, automatic transmission, and power assists. By 1957, Cameo Carriers featured a flatter hood is flatter topped with two spears similar to the 1957 Bel Air. Fender emblems are still above the fender line, but were now oval-shaped, as opposed to previous versions in script form.

Based on the seller’s account, this is a thoughtfully preserved 1957 Chevrolet Cameo featuring a well-documented history.  The fact the 1978 repaint continues to show so well (based on the pictures provided) speaks volumes for how this truck has been maintained over the years.

Original Cameos of the mid-1950s are now rarely ever seen, however, this example was even quite unusual when you could place an order at the Chevrolet dealer 65 years ago. Not only is it one of the country’s top Cameos, but it also has a rare 6 cylinder engine and the expensive optional Hydra Matic 4 speed automatic transmission combination. It was also ordered with Optional Chrome front bumper guards, Deluxe heater, AM radio, Day-Night rearview mirror, tool tray, trim rings, turn signals, and parking brake light warning.

The only major change is the re-paint in 1978. along with some of the Chrome re-chromed or factory NOS. Even the interior, though showing its age, is what came off the assembly line. untouched and still in its original condition are the door panels, floor mat, seat upholstery, and bed wood in the floor, all the original glass, including the original window rubber on the front and rear glass. The odometer shows 72,000 miles. That’s only 1,077 miles/year!

This truck was purchased by a gentleman that originally saw it at the dealership he was working at. He told them that if or when it would come in on a trade, he would like to buy it. He purchased it in October of 1969. He used it until 1978 and then he did about a 40% refurbishment of the truck at the same dealership and another local dealer nearby. The work was basically painting, some chrome work, and basic running and driveline work.”

Do you have a Chevrolet Cameo Pickup story to share?  If so, comment below and let us know!