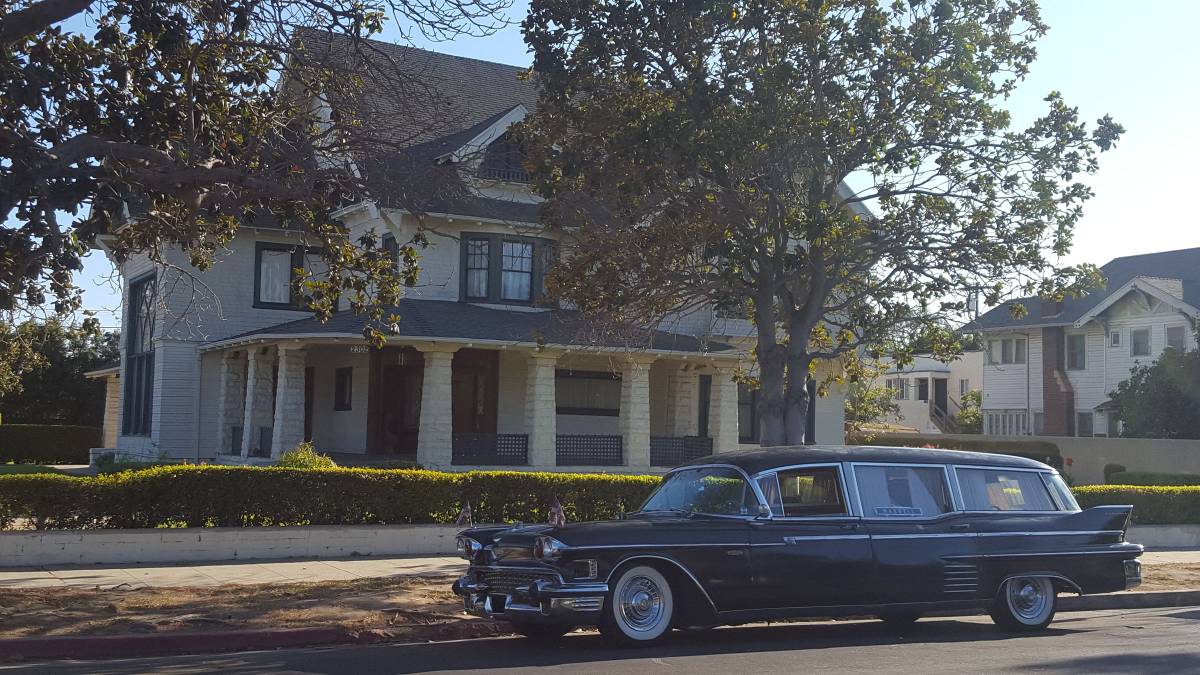 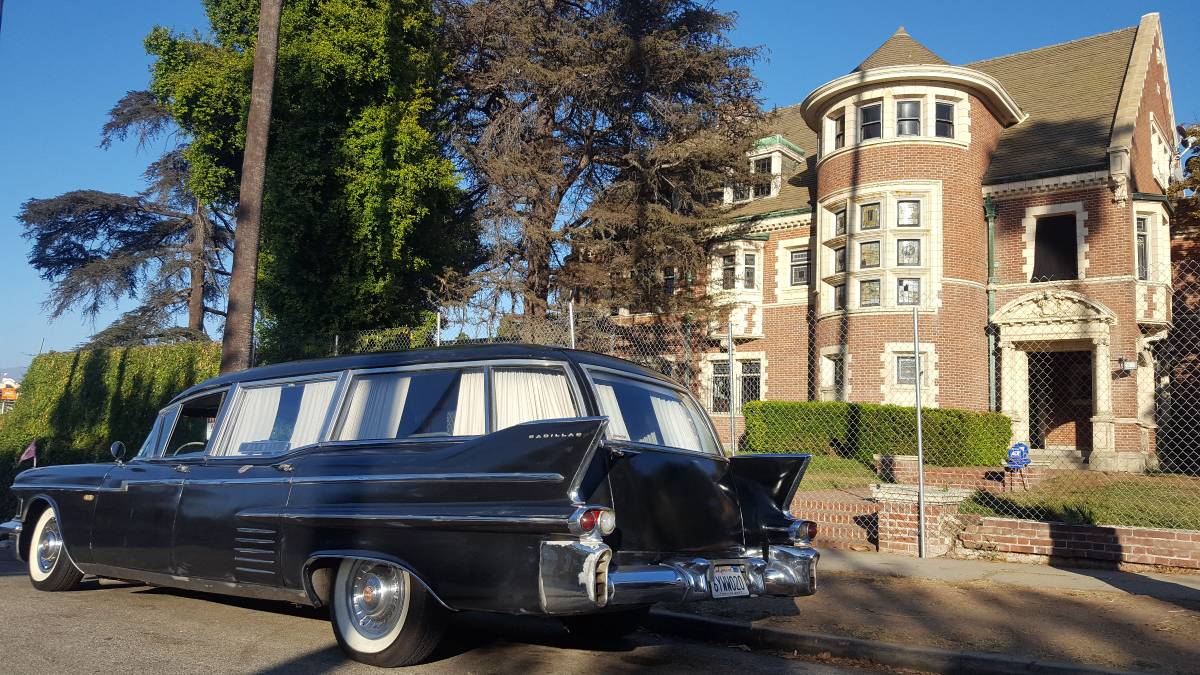 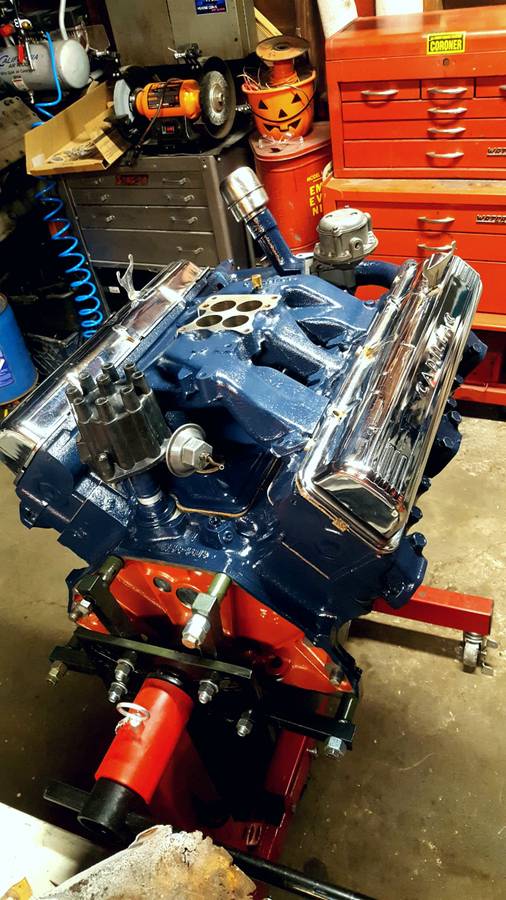 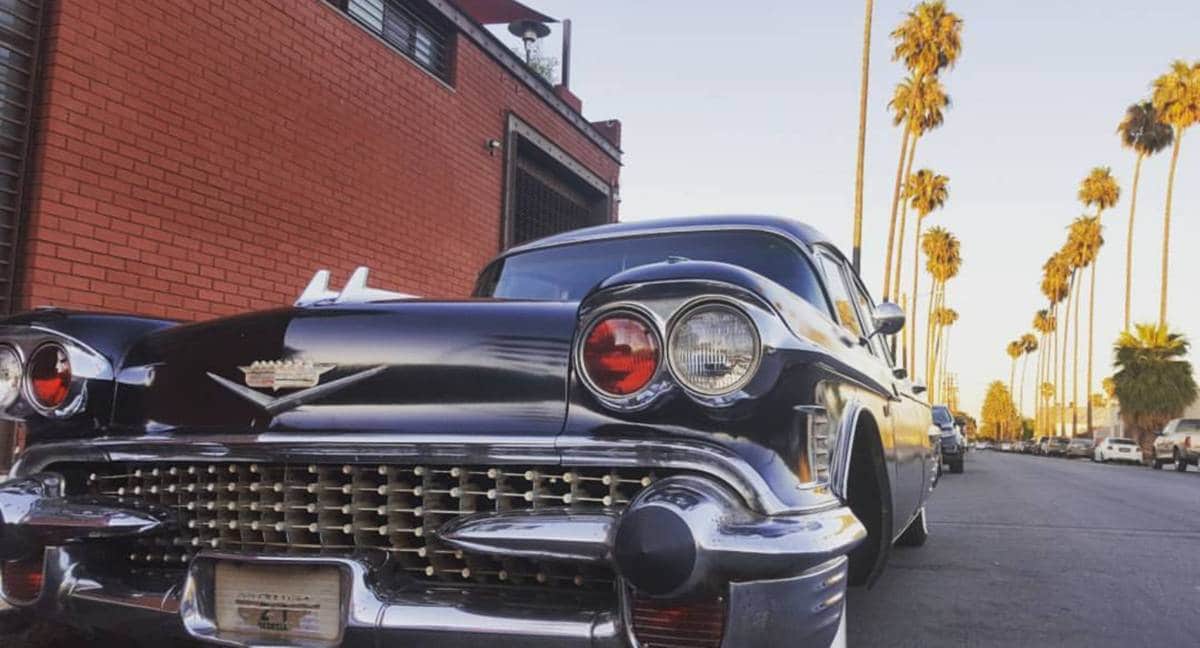 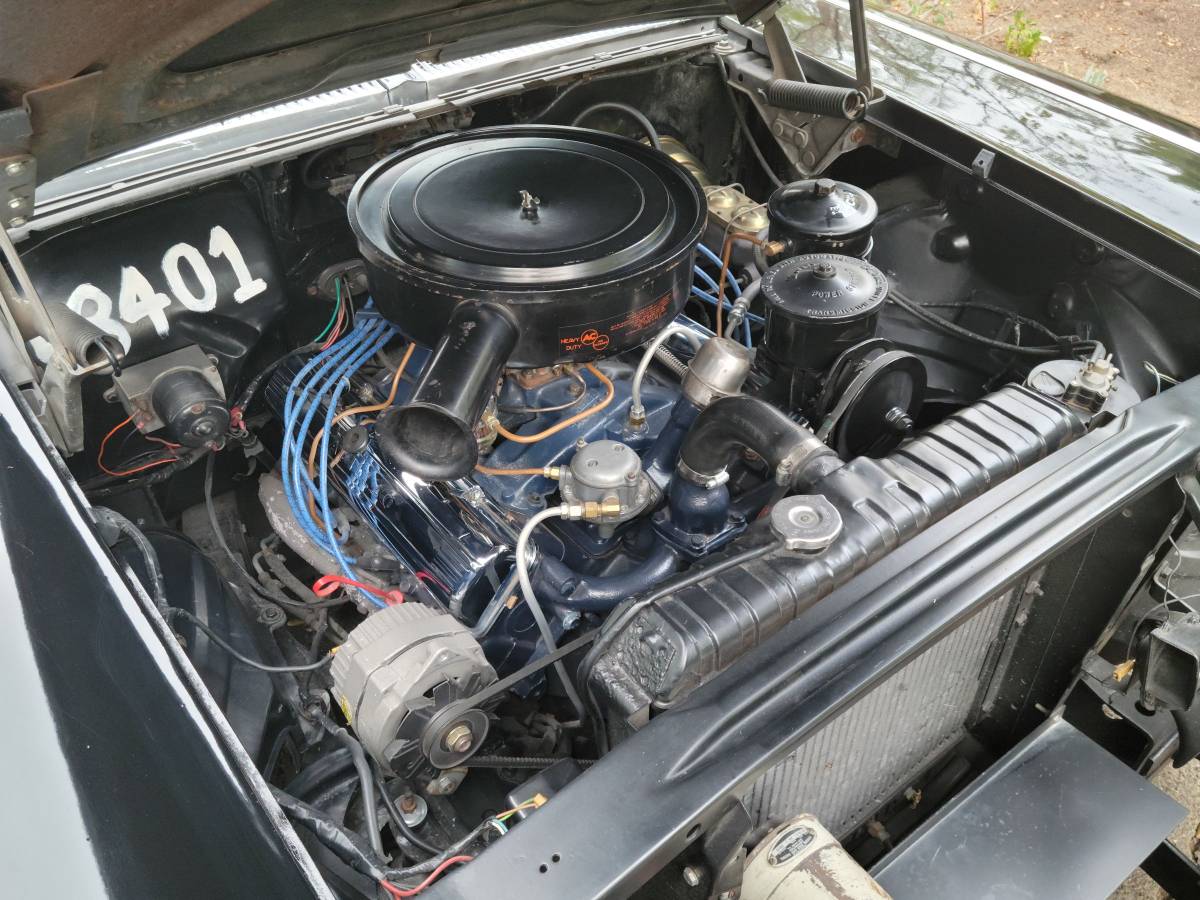 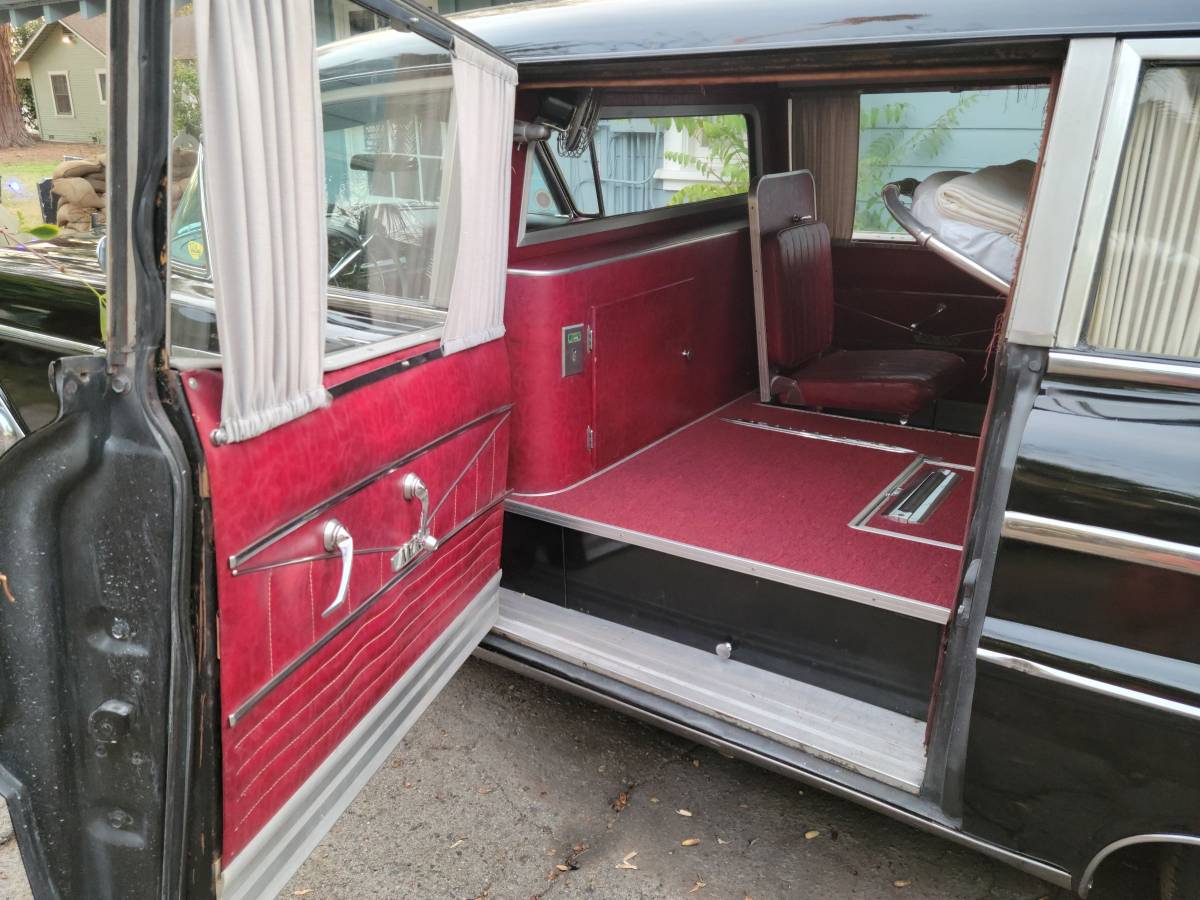 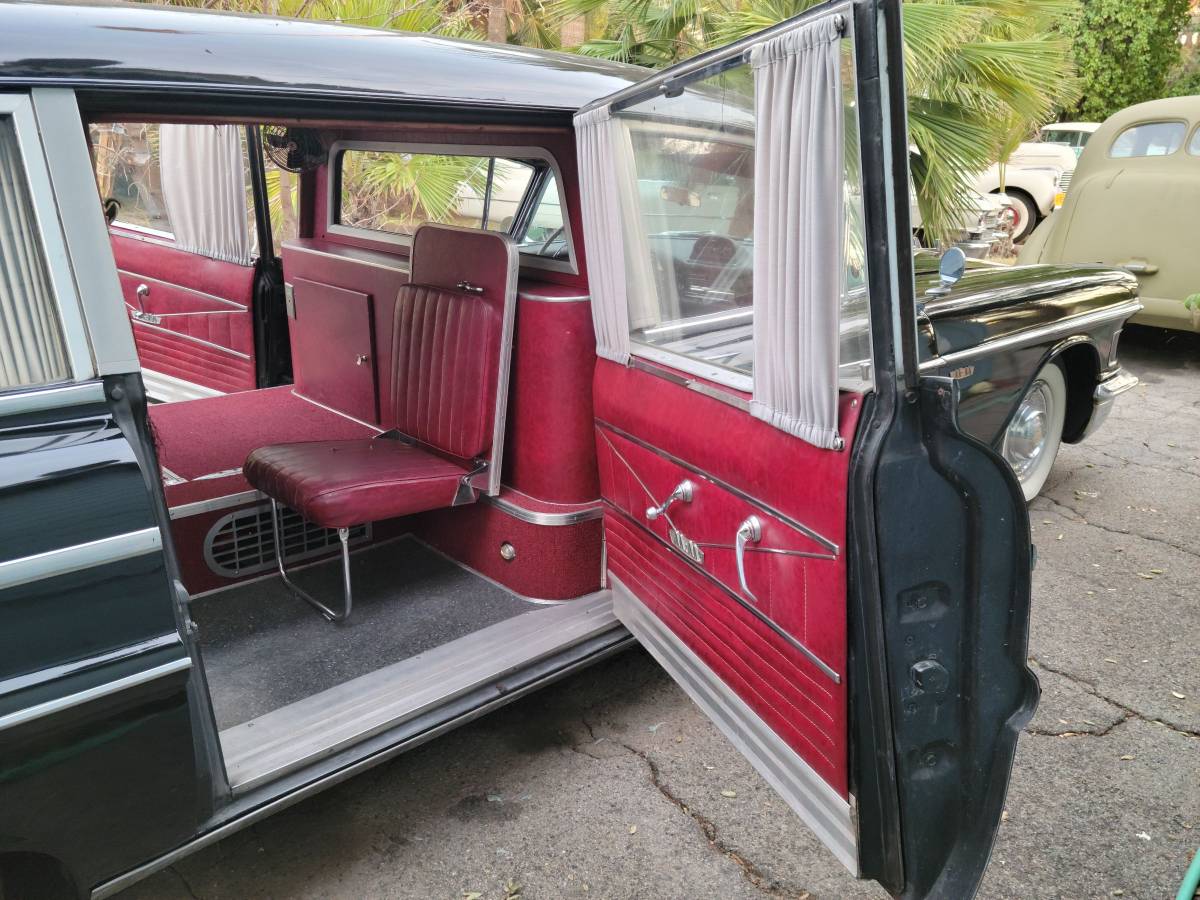 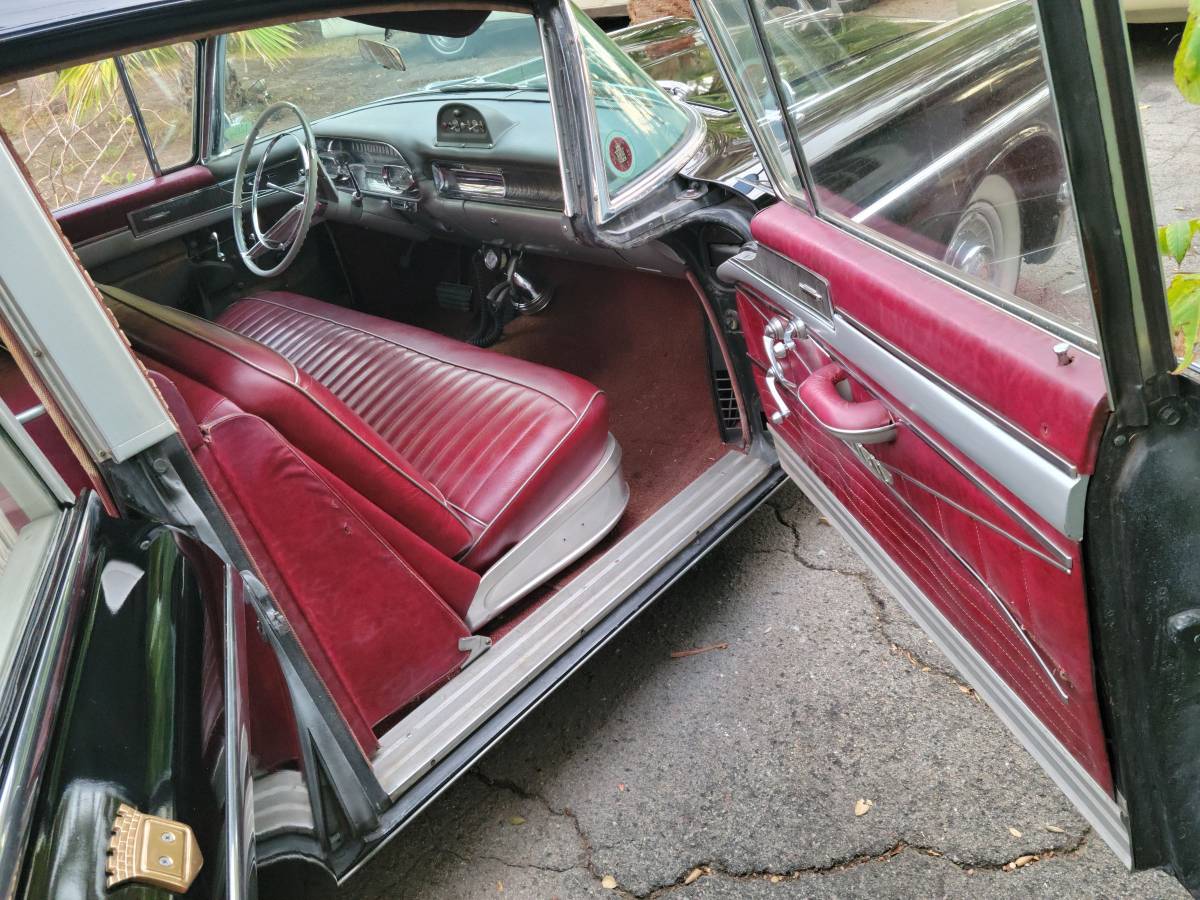 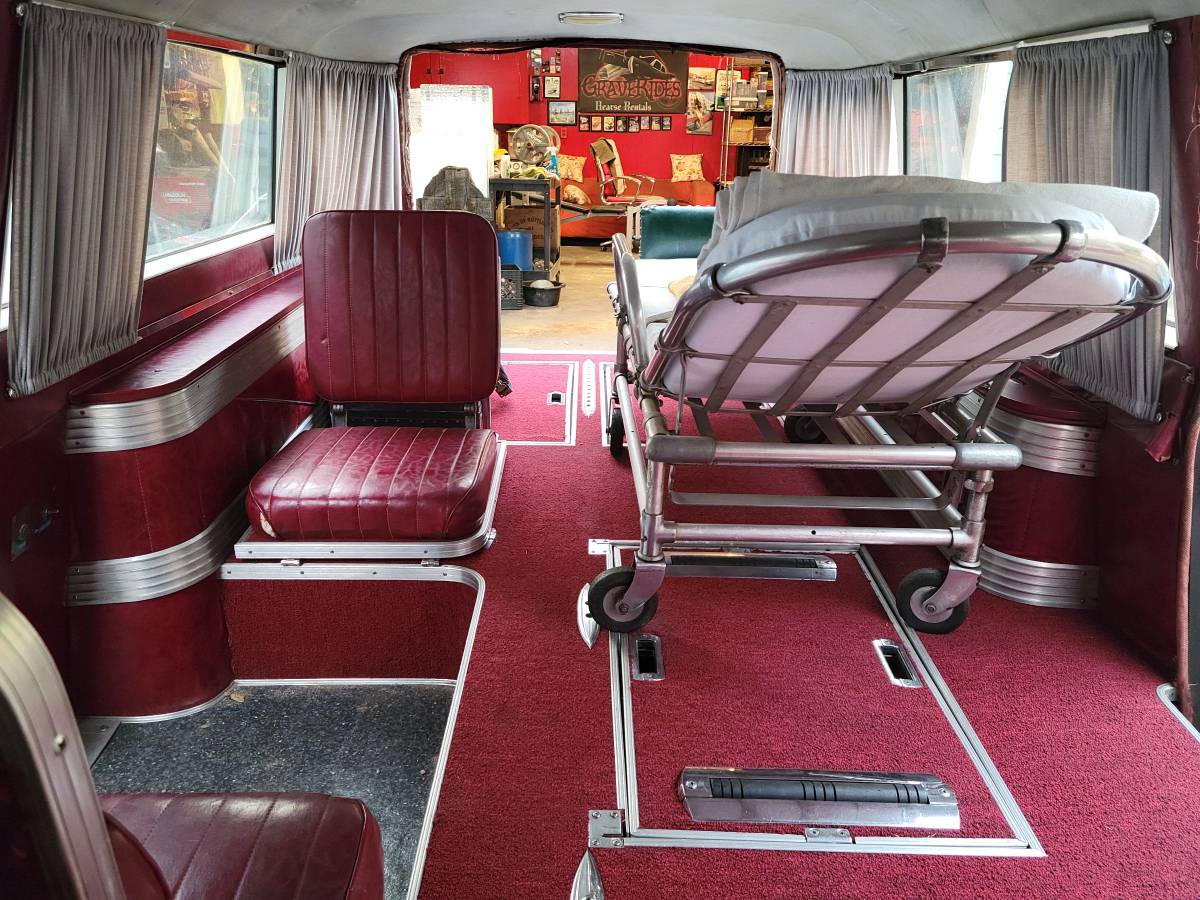 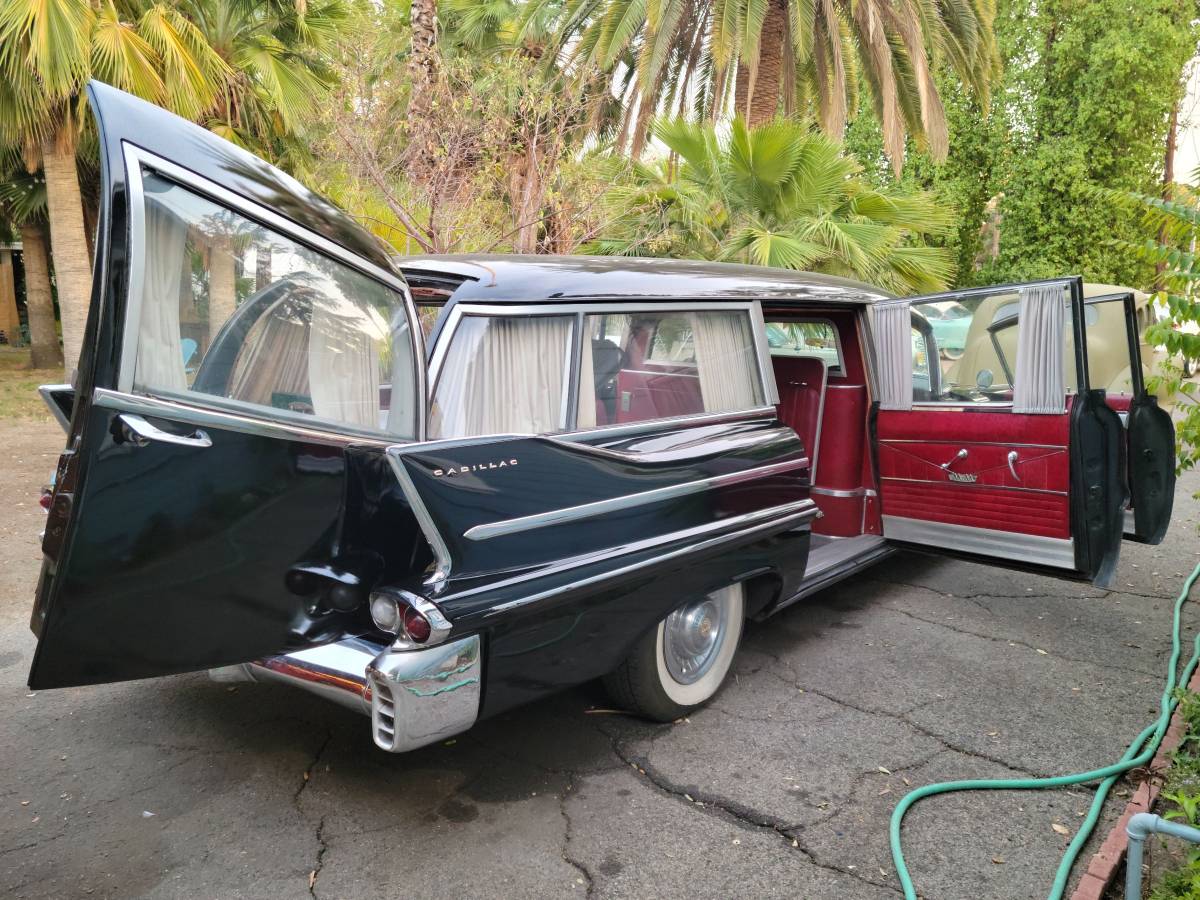 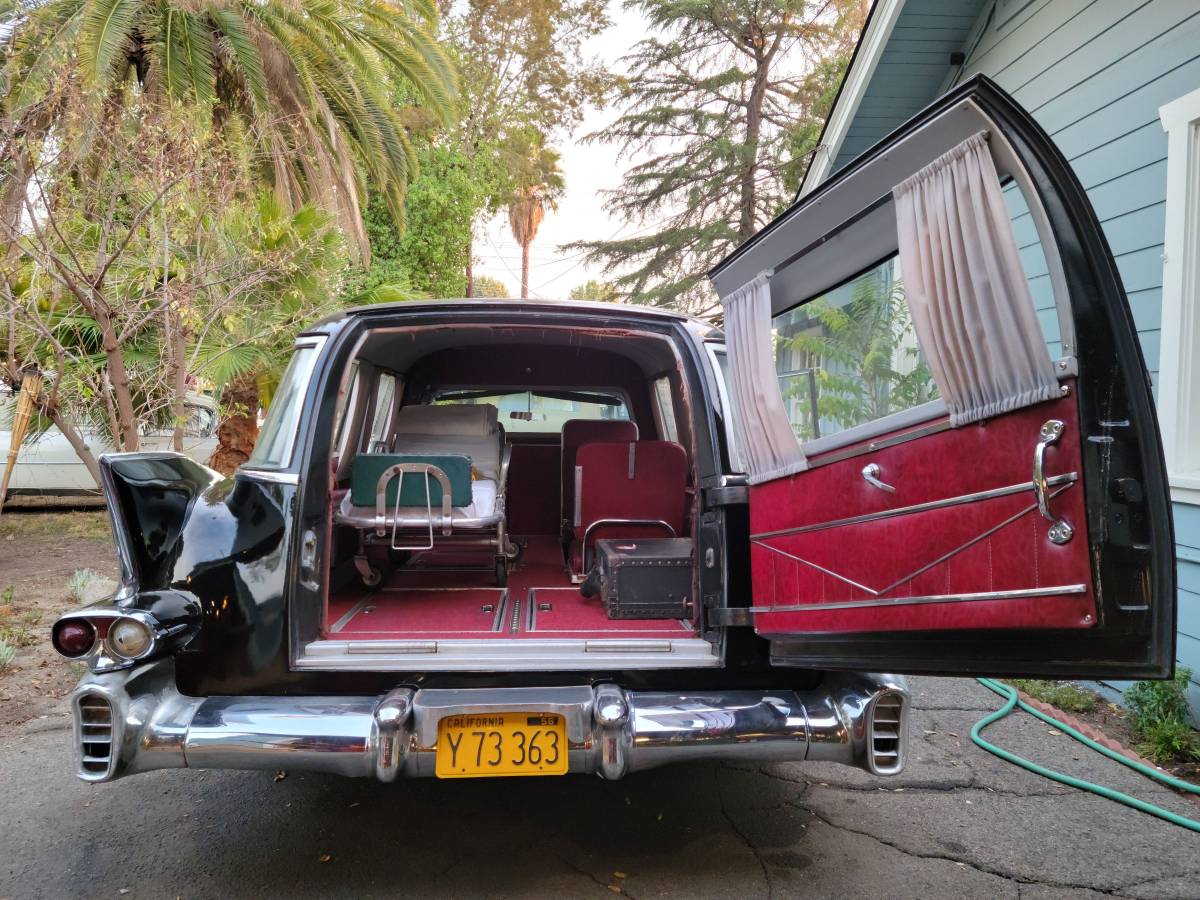 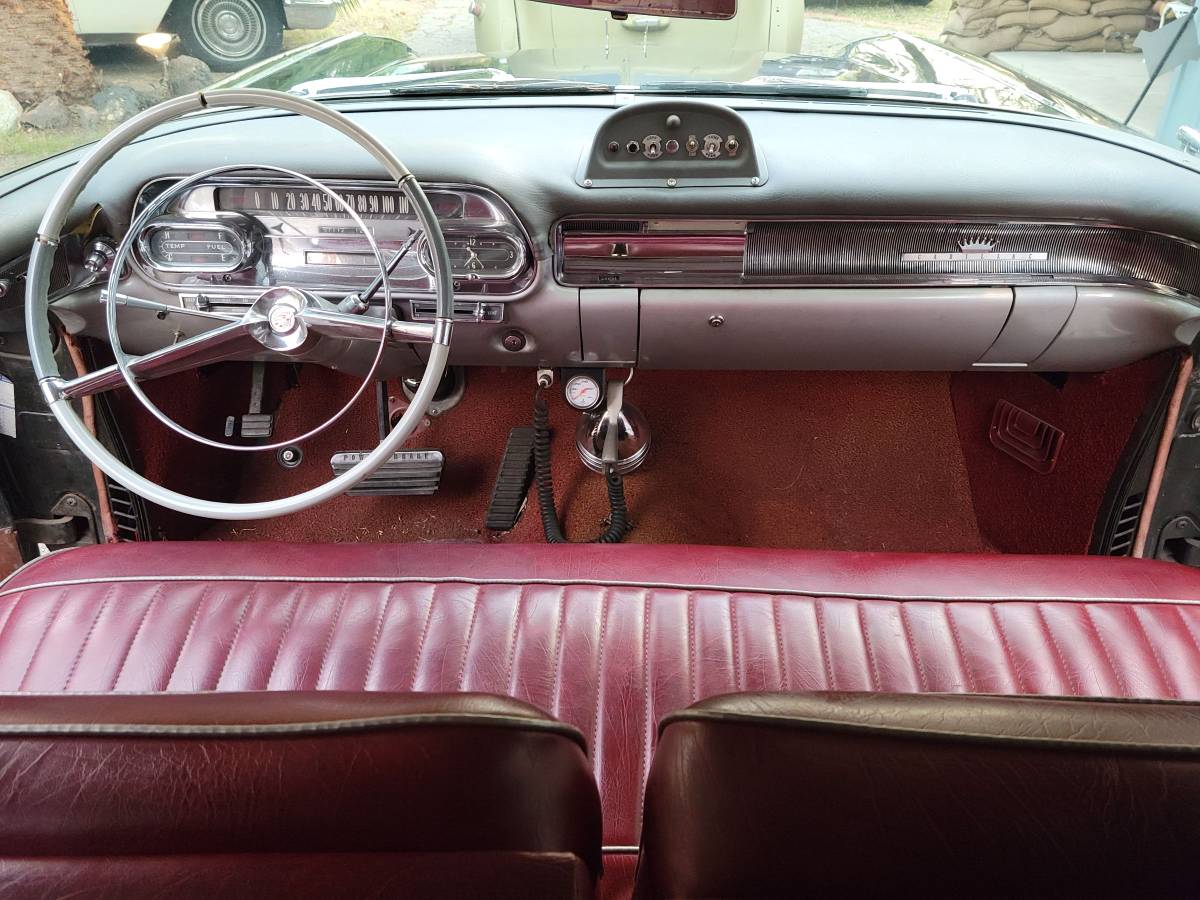 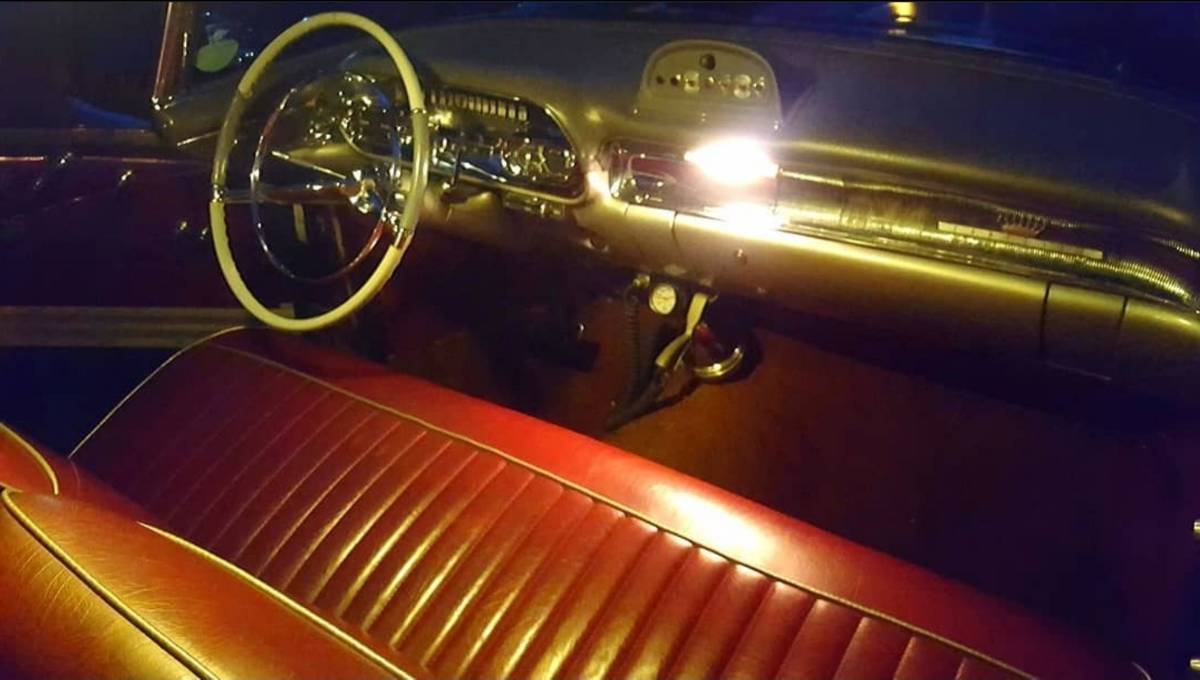 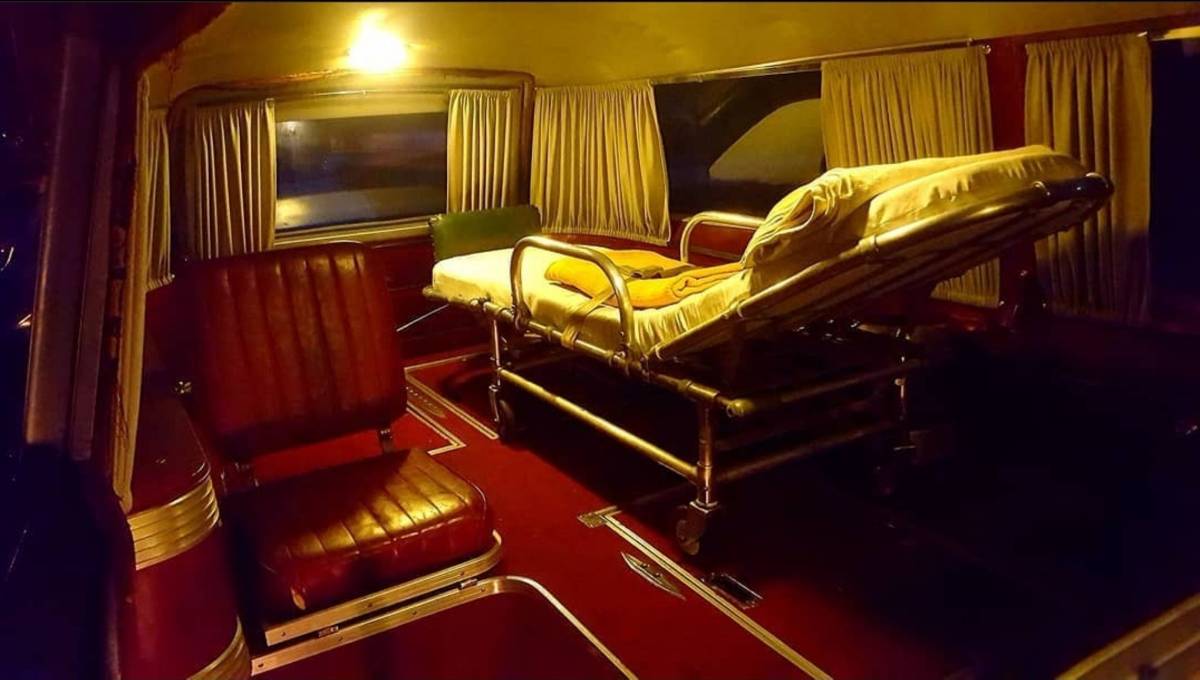 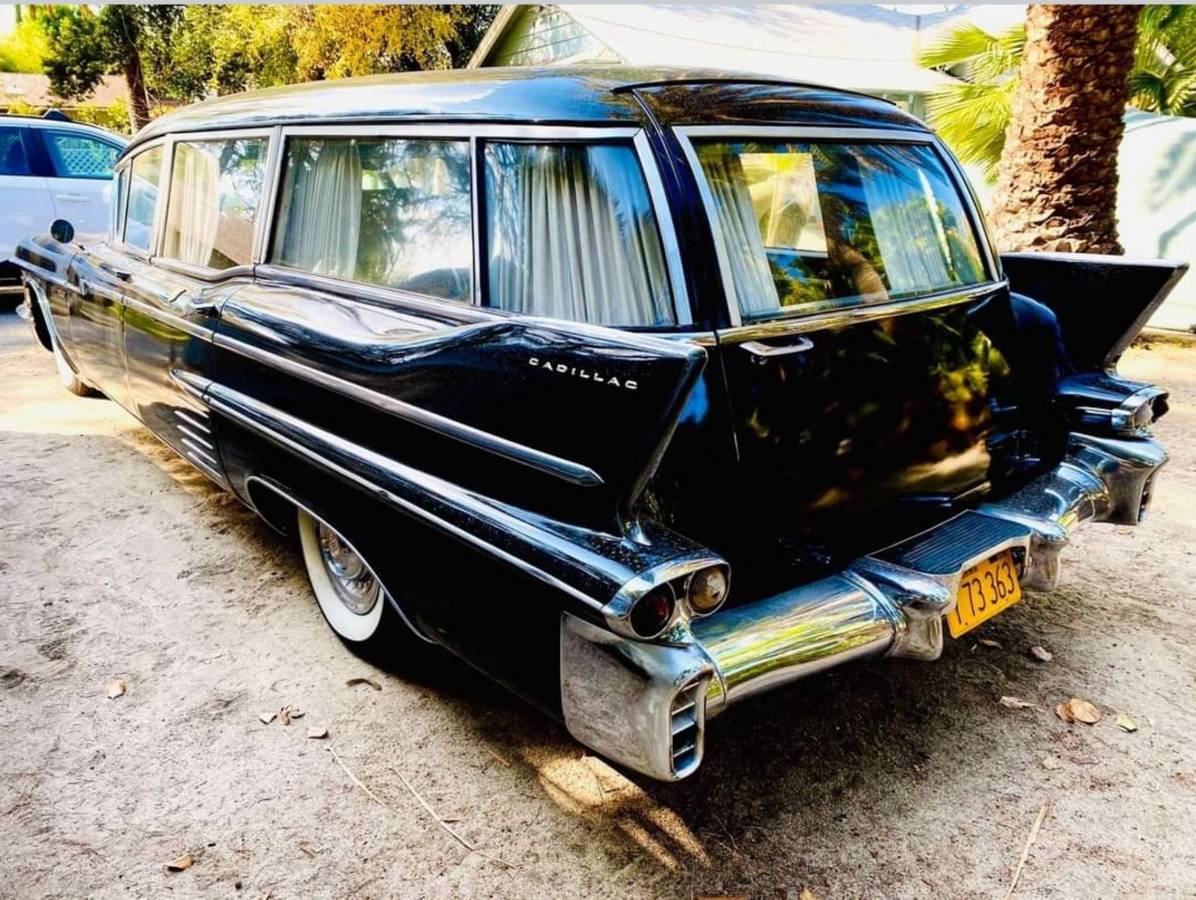 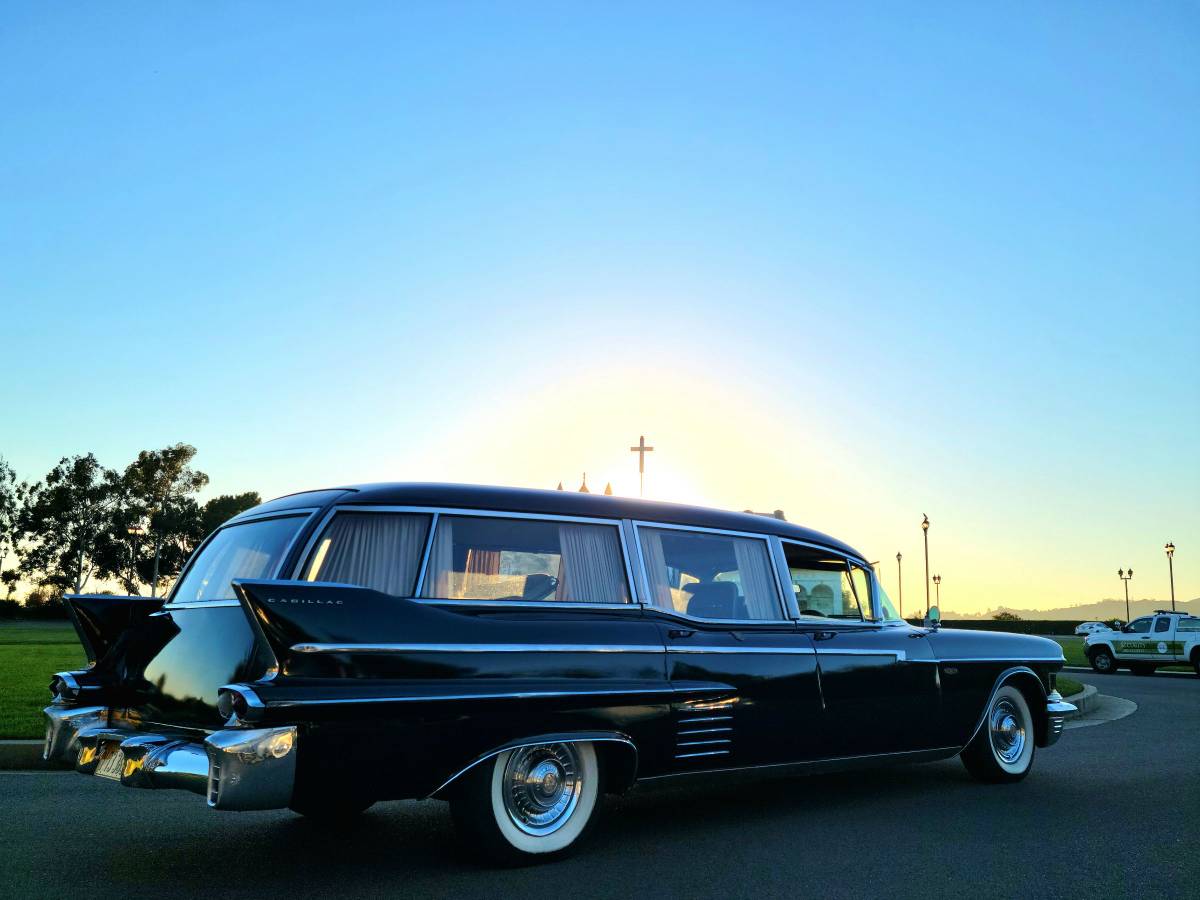 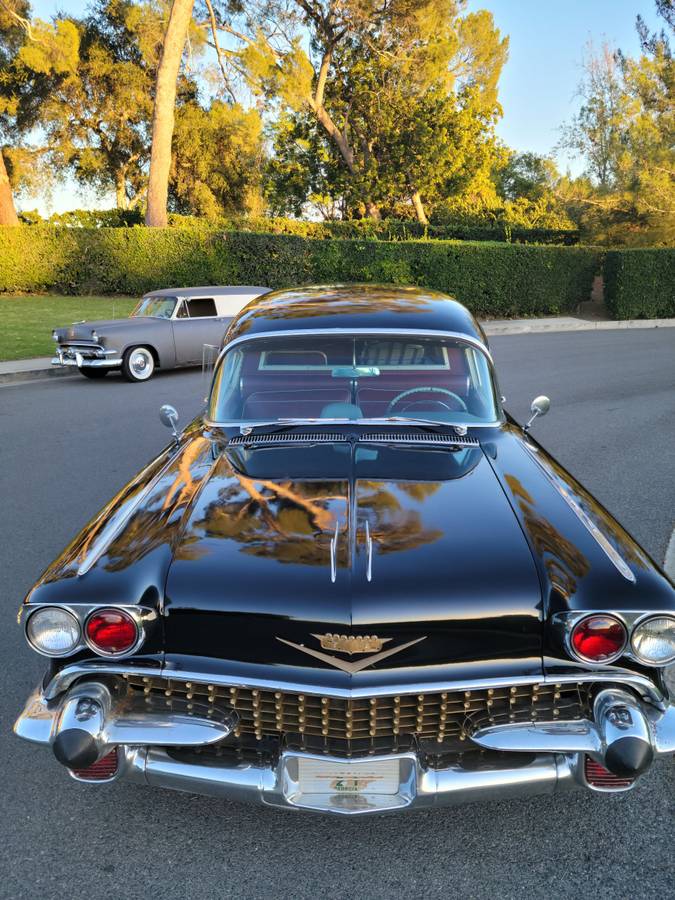 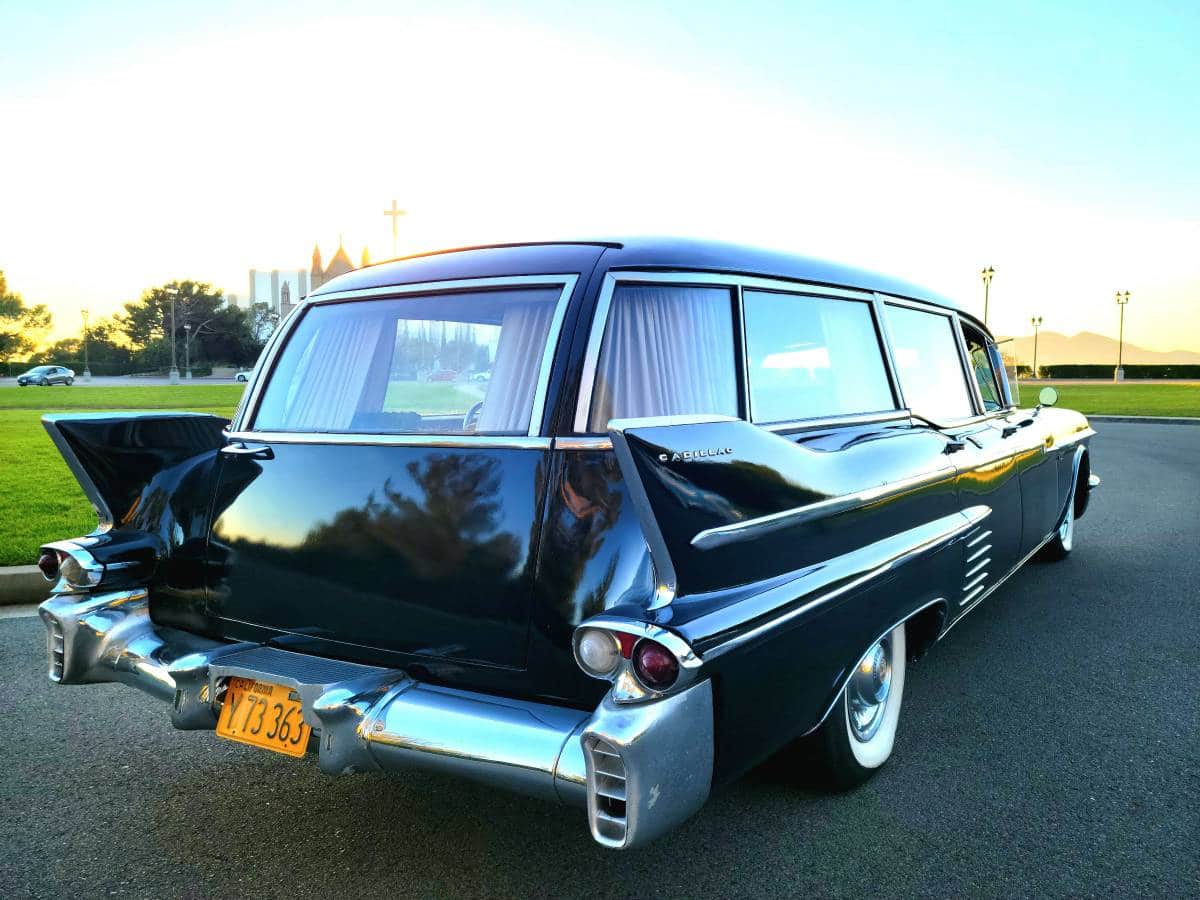 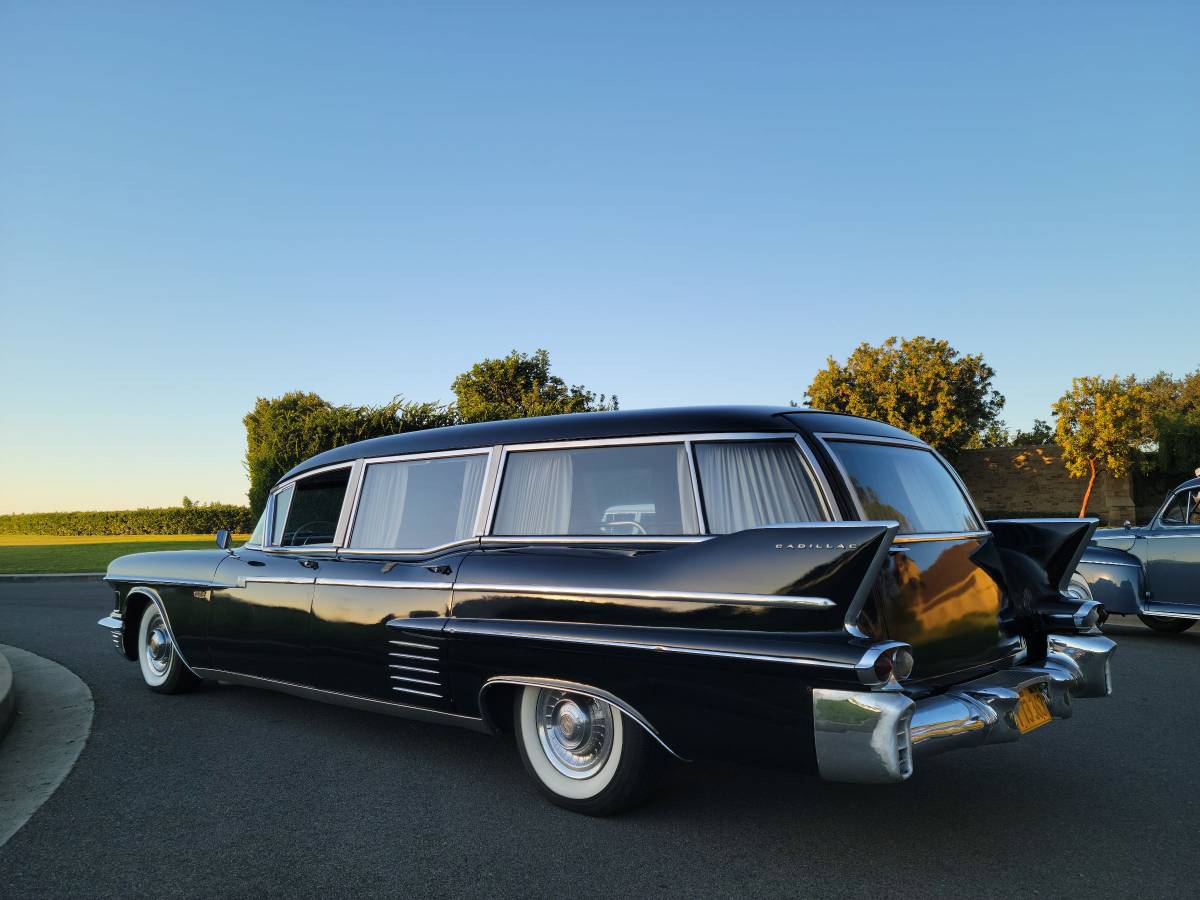 April 20, 2022, Update – We confirmed the seller of this “Classifind” deleted their listing, so we’re now able to call this one “SOLD!” While this one got away, please reach out either by email or call us directly if you’d like to be informed when we come across something similar.

Long before increasing medical standards and medical equipment necessitated the switch to specially equipped box trucks, in the U.S. many car makers offered commercial-grade chassis of their full-size lines for ambulance duty. Coach Builders used these body-on-frame chassis not only to support their ambulance offerings, but it didn’t take much to also offer them as a hearse.  One company, Miller-Meteor, offered a Duplex model that could see double-duty as either a hearse or an ambulance.  Arguably the most famous of these was the ’59 model called the Ectomobile used in the original 1984 Ghostbusters movie.

Another example the seller claims has acting credits is this 1958 Cadillac Miller-Meteor Duplex Futura originally listed in March 2022 on Craigslist in Van Nuys, California. The seller reports that in addition to all of the period-correct emergency accessories in working order, this commercial Cadillac features a rebuilt 365 cubic inch V8 along with a host of new supporting parts and systems.

In 1954, Wayne Works of Richmond, Indiana – a large school bus producer – purchased the Meteor Motor Car Co of Piqua, Ohio and on March 19, 1956, Wayne announced the acquisition of another Ohio professional car builder, the A.J. Miller Company of Bellefontaine, Ohio. Under this new conglomerate, the company would now be called Miller-Meteor. A.J. Miller’s Bellefontaine plant was sold and manufacturing was consolidated at Meteor’s Piqua, Ohio plant.

Miller-Meteor relied exclusively on the Cadillac commercial chassis and the first Miller-Meteor coaches debuted in 1957. The new firm was an immediate success and had captured 50% of the professional car market by 1962.  In 1958 there was a record-breaking single order for 40 funeral cars. In 1962 the company was the largest manufacturer of funeral cars and ambulances on the Cadillac chassis; sales broke all records.

The 1958 model featured here is known as a Futura Duplex.  The “Futura” designation indicates that it had limousine windows rather than the traditional hearse-style landau top, while the “Duplex” signals the car could be used as both an ambulance and a hearse.

If you’ve ever wondered why ambulance cars were eventually replaced by trucks, you can chalk it up to the Federal Government. The 1973 EMS Systems Act, passed in 1974 and implemented in 1978, required that communities receiving federal funds for their programs have ambulances that met new federal specifications. Three chassis styles meet the criteria and are still in use today: Type I uses a small truck body with a modular compartment, Type II has a van body with a raised roof and Type III has van chassis with a modular compartment. Passenger-based vehicles were purposely excluded from legislation and the last American-made automobile-based ambulance was built in 1978.

Currently offered for $44,000, we do not have a good source for vintage Coach Built cars to know where that price lies.  As a proxy, comparing that price against the Hagerty Insurance Online Valuation Tool for a Fleetwood Series 75 Limousine confirms the ask falls between this guide’s #2 “Excellent” estimate of $38,500 and its #1 “Concours” appraisal of $50,200.  Similarly, the  Collector Car Market Review Online Tool confirms the asking price is above this guide’s #1 appraisal of $37,975.

The Coffin Cartel Club YouTube Channel features this video from 2013 that has us wondering whether these are the same car. The “58401” painted on the firewall is the main clue, but that may simply be a factory marking for all Futura Duplex creations:

-It’s been in many TV shows, movies, and photoshoots, comes with work receipts, and original delivery certificate from Miller-Meteor to the Funeral home in Georgia that ordered it.”

Hearse or Ambulance: what would you feature this 1958 Cadillac Miller-Meteor Futura Duplex as? Comment below and let us know!