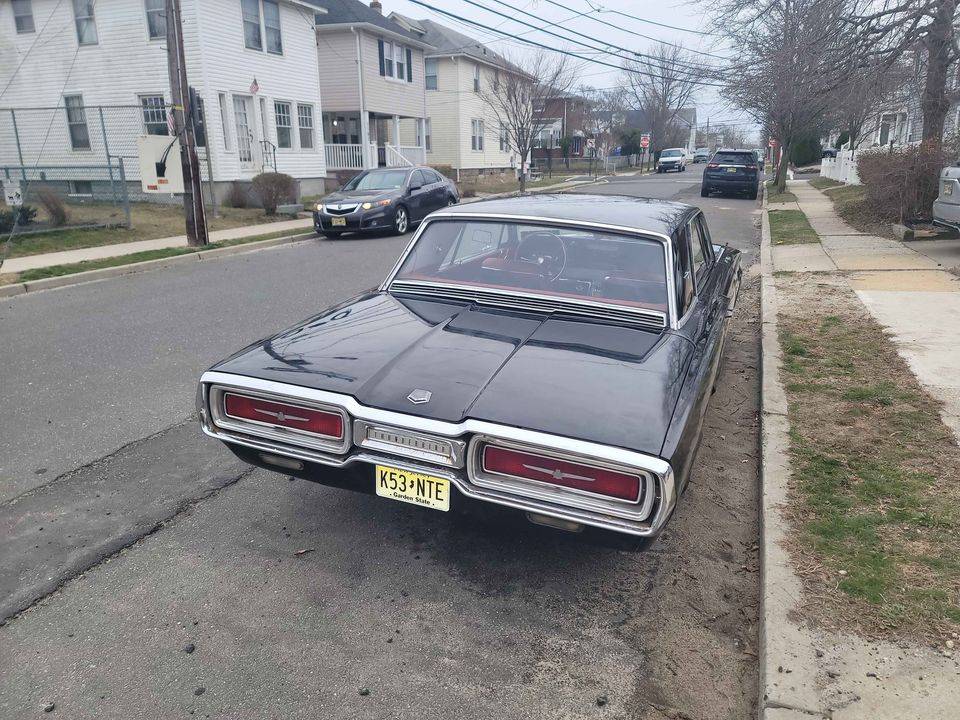 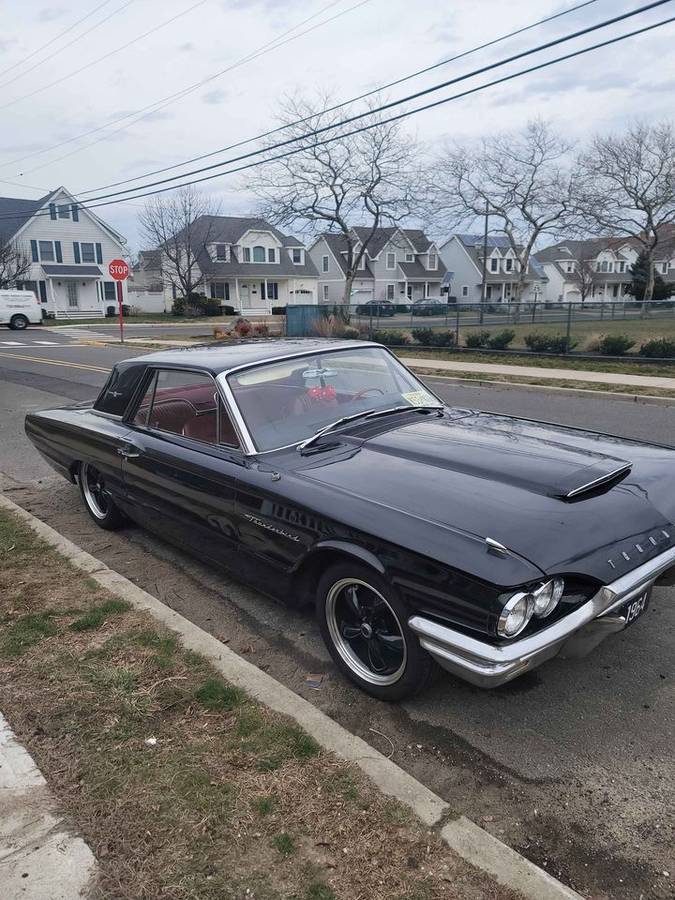 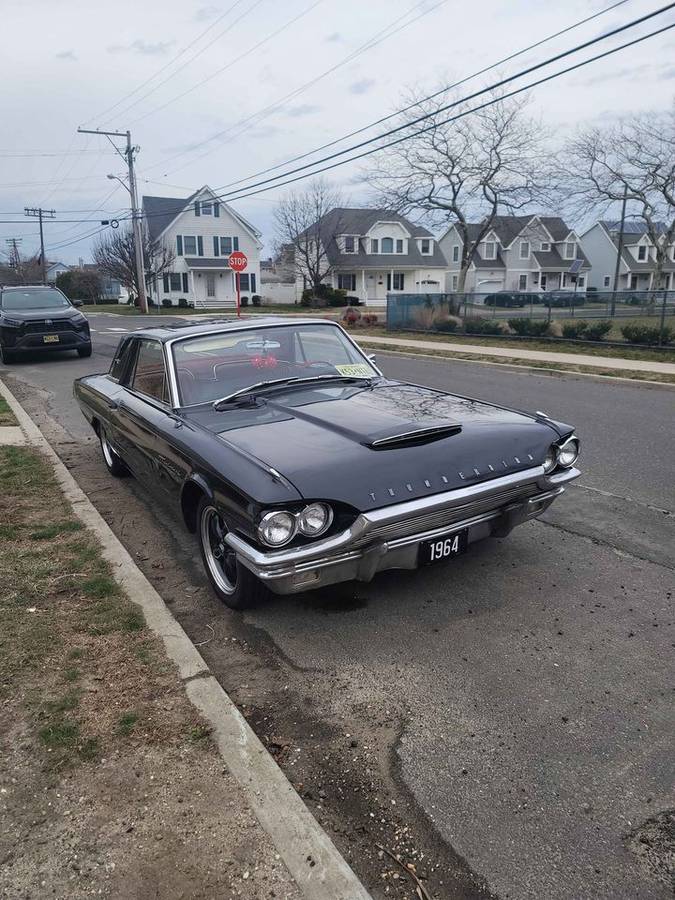 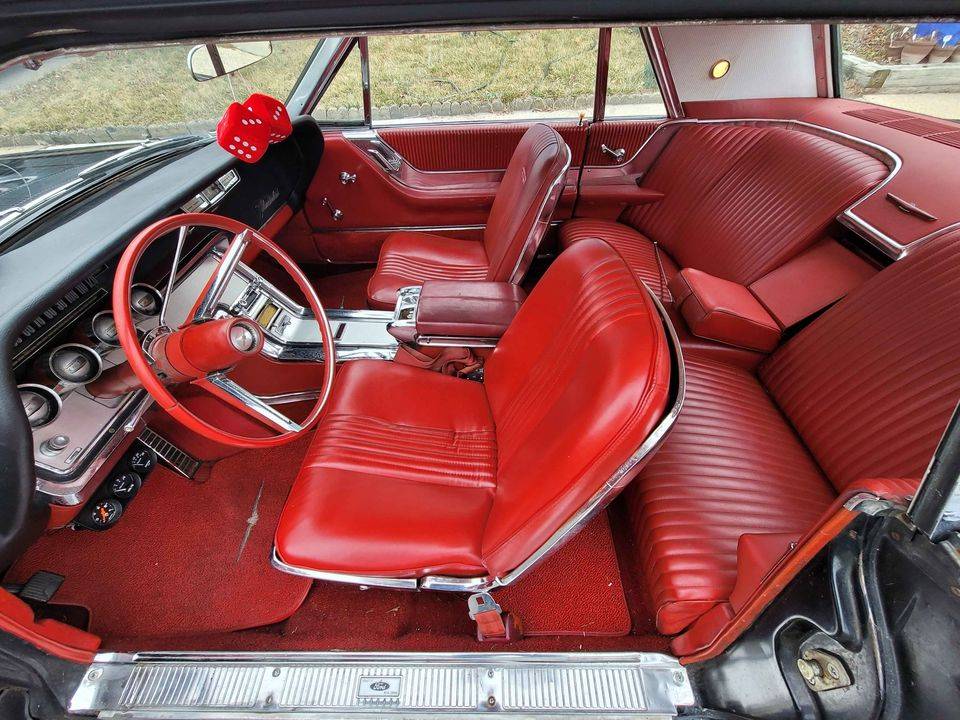 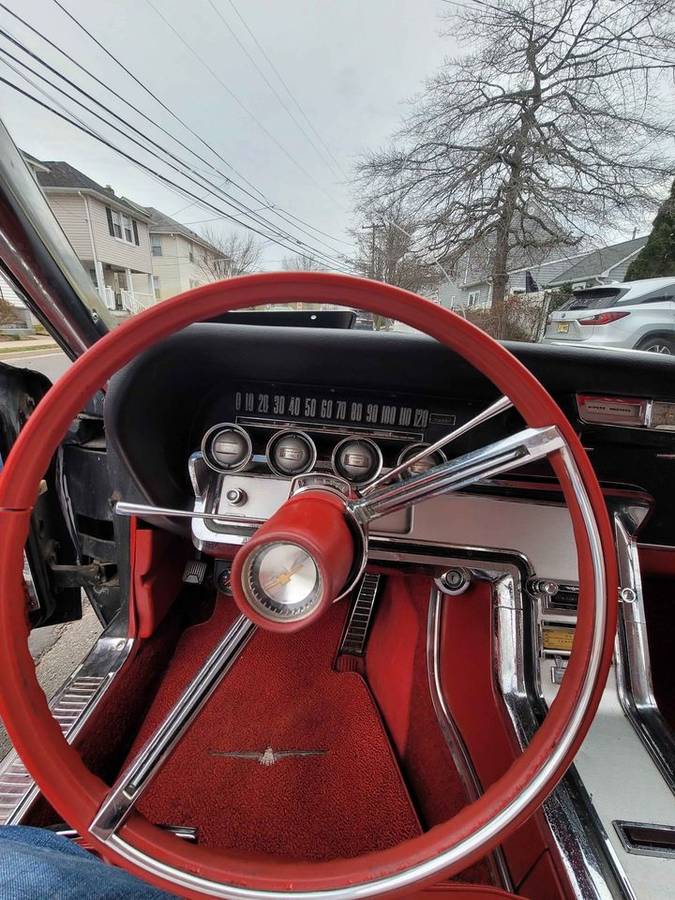 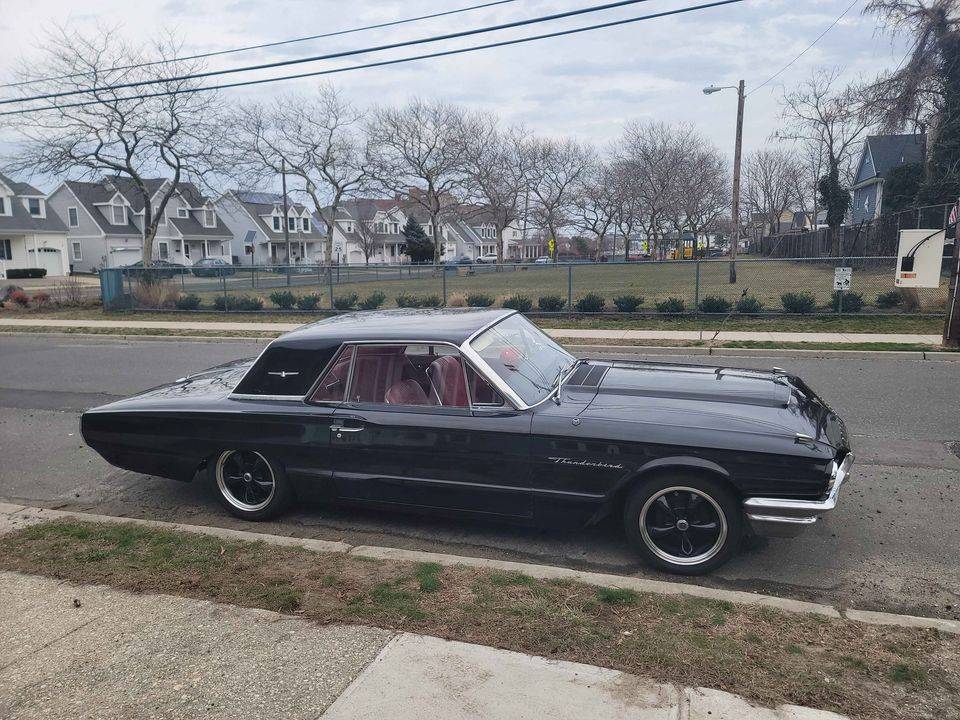 An occupational hazard blogging about cars on a daily basis is being tempted by a ride you’re blogging about.  The latest potential hazard happens to be this 1964 Ford Thunderbird Hardtop originally listed in March 2022 on Craigslist down the shore in Bradley Beach, New Jersey. The black five-spoke American Racing wheels work on this black over Rangoon Red interior.  Besides being located just a couple of hours away, the seller indicates he’s open to interesting trades. Porsche 928S, anyone?

Ford offered the fourth generation as either a hardtop, convertible, Sports Roadster with dealer-installed tonneau cover and wire wheels, or Landau featuring a vinyl roof with simulated landau irons, and wood grain interior appointments. Total 1964 sales were excellent at 92,465 units, up nearly fifty percent from the previous year, but the popularity of the Sports Roadster continued to decline, with only 50 Sports Roadster sold from the factory. The 1964 Thunderbird was the only model of this generation to have the word ‘Thunderbird’ spelled out on the front hood instead of a chrome Thunderbird emblem. The only transmission available was the Cruise-O-Matic MX 3-speed automatic.

Several features intended for the new generation were delayed until 1965 when front disc brakes became standard equipment and sequential turn signals which flashed three bulbs in the broad, horizontal tail lights from inside to outside were added; the latter had been delayed by vehicle lighting regulations in the United States.

Arguably the only thing holding me back about offering to trade Project Risky Business for this Thunderbird is the fact it does not feature factory air conditioning.  The 4:10 gearing also flies in the face of this T-Bird being a Turnpike cruiser.

“This is my 1964 Thunderbird. I’ve had it for about 2 years. I don’t need (or really want) to sell it, but I want to see what’s out there. Runs and drives perfectly, has a 390 with an Edelbrock total performance package, Holley 650 carb, MSD ignition, and 4.10 rear end. I have parts for a disc brake conversion, as well as some $$$ chrome trim pieces, weather-stripping, etc. The interior is pretty close to perfect, has a radio with AM/FM/USB. This thing isn’t a pristine show car, but looks good and gets attention and thumbs up wherever it goes.

I’m open to trades, but I don’t want your motorcycle, jet ski, boat, etc. I’d be willing to trade for something old, cool, or unique. Let me know what you have, worst I can say is no. Trades I’m particularly interested in: Porsche, Land Cruiser, BMW, Subaru Forester XT, 1960s American or British cars, MR2 Turbo, 300ZX TT, Datsun Z, however, let me know what you’ve got!”

Would you trade a Porsche 928S for this Thunderbird?  If so, comment below and let us know!