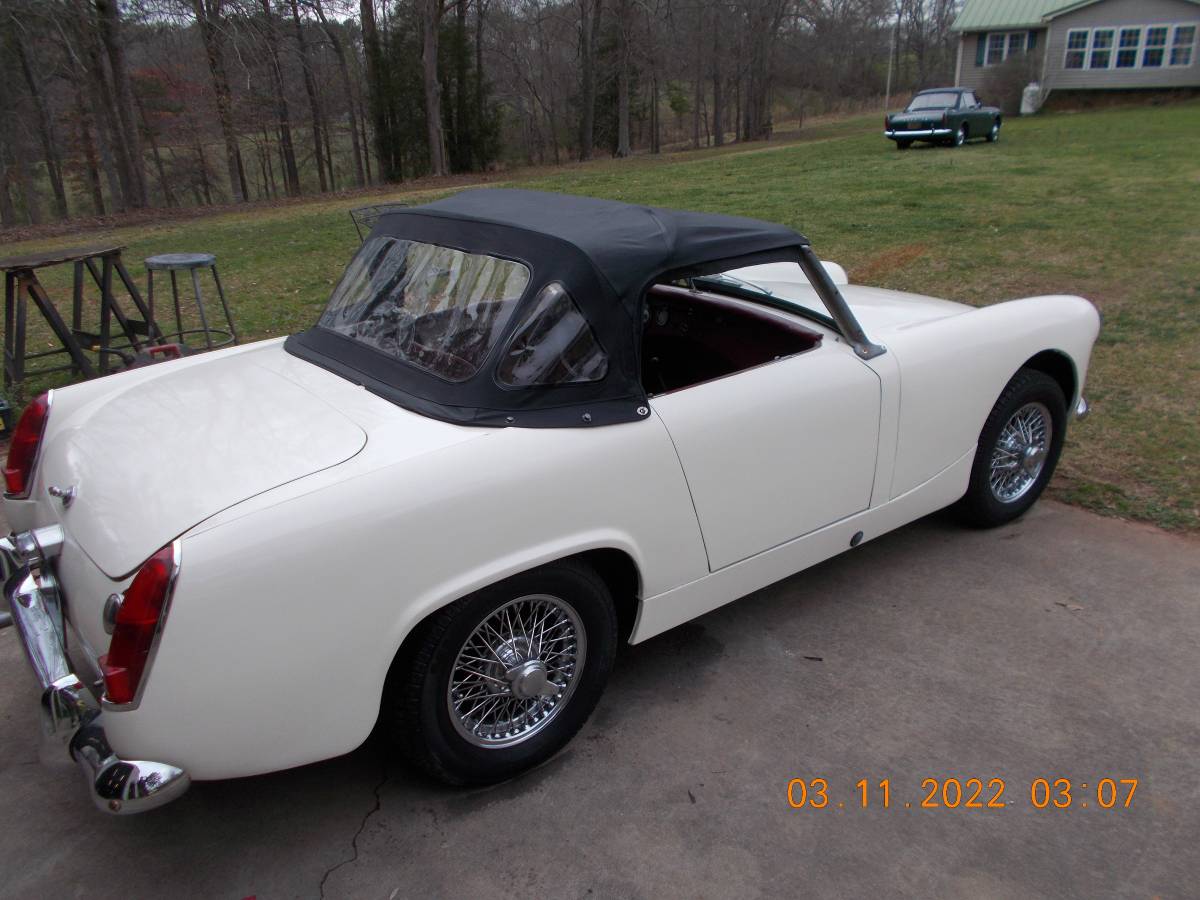 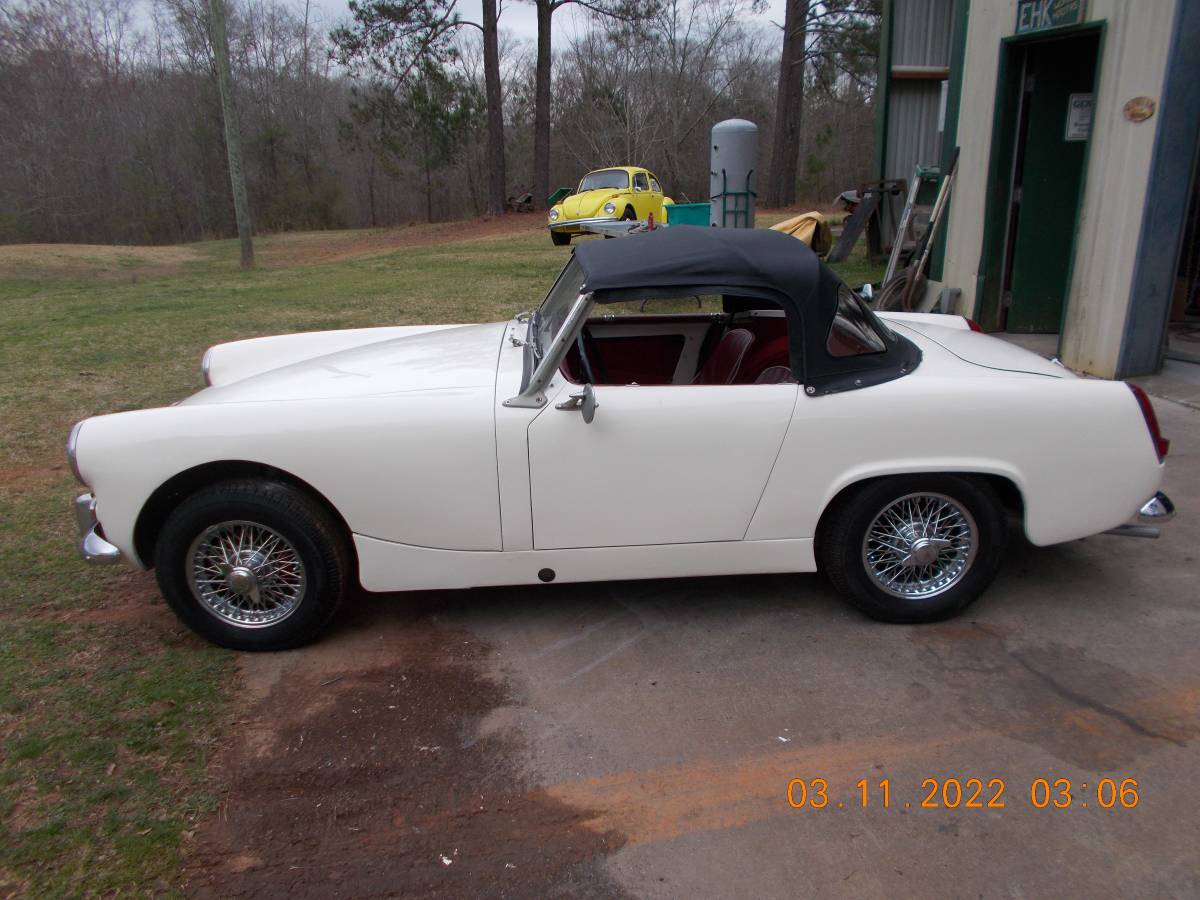 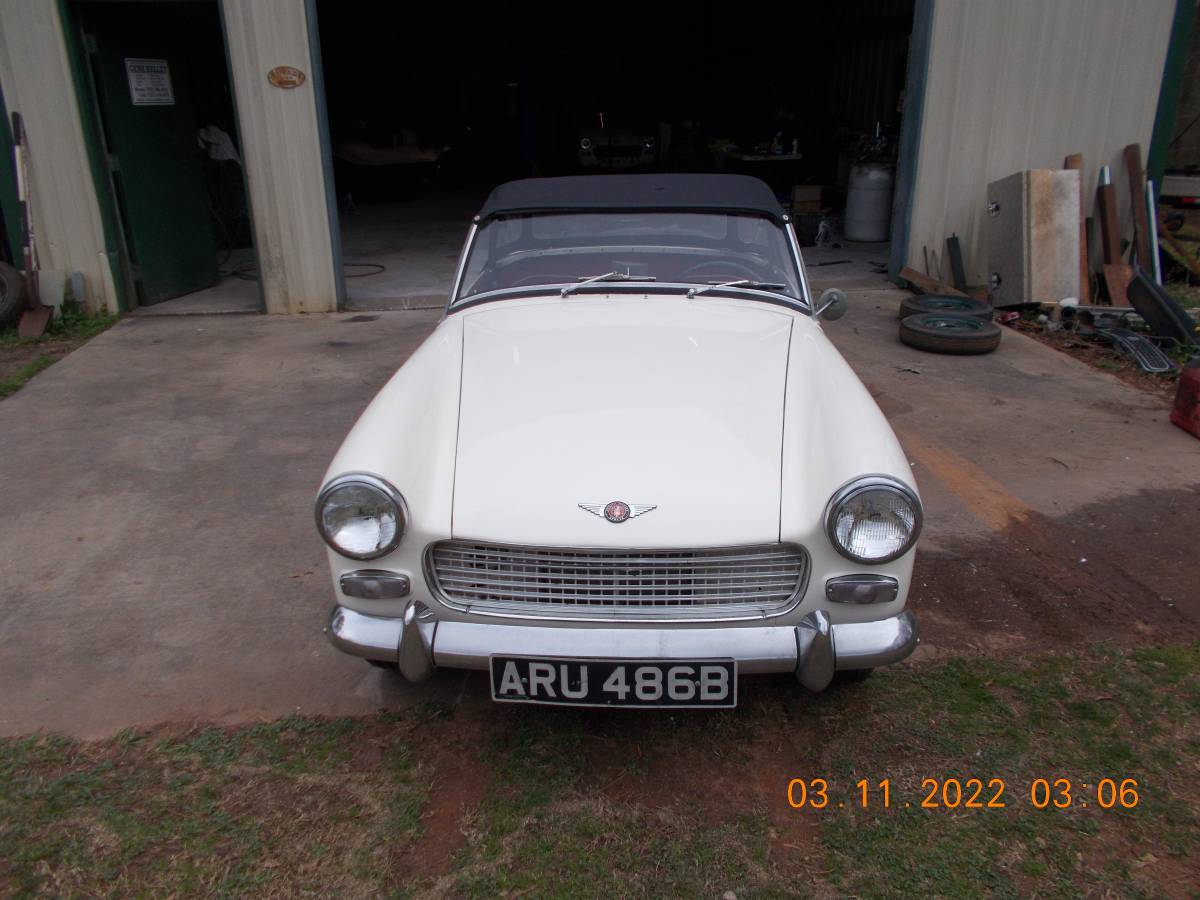 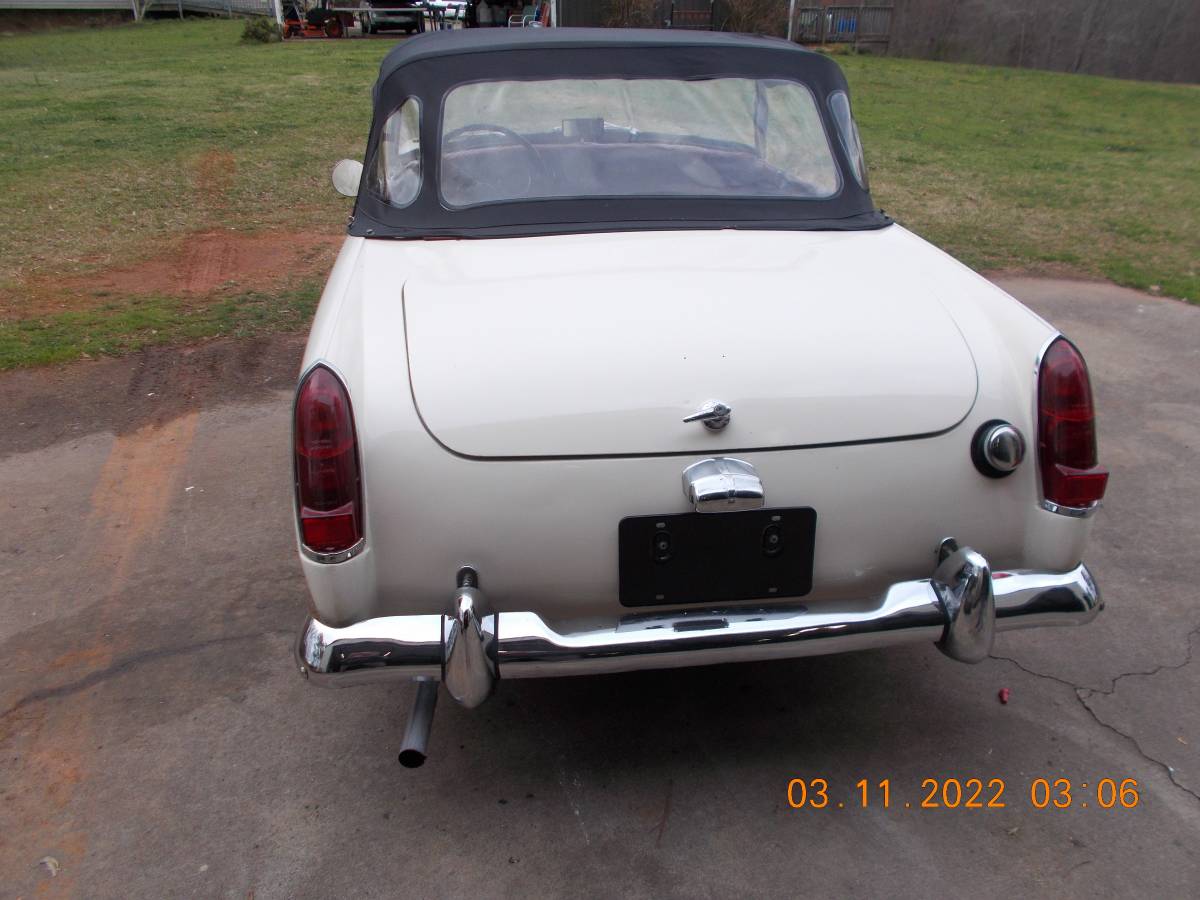 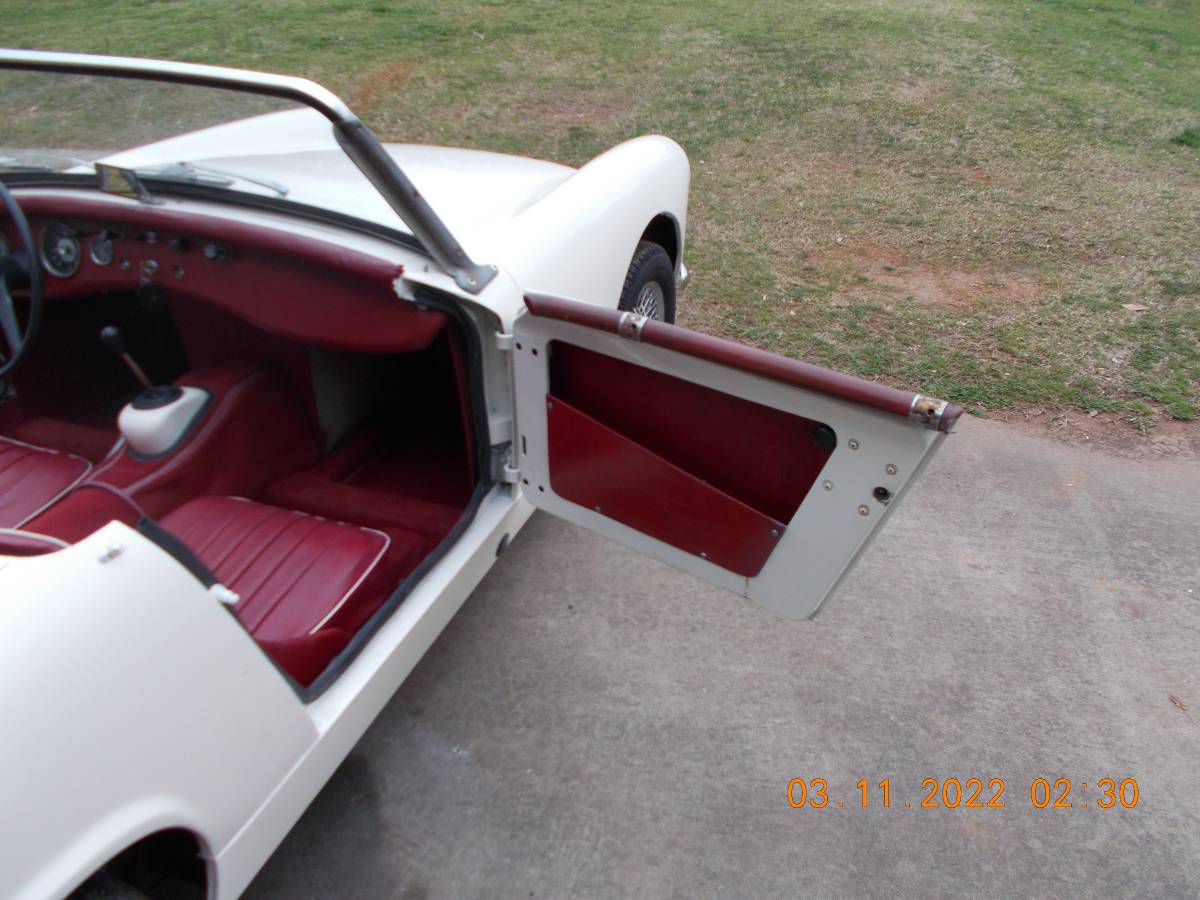 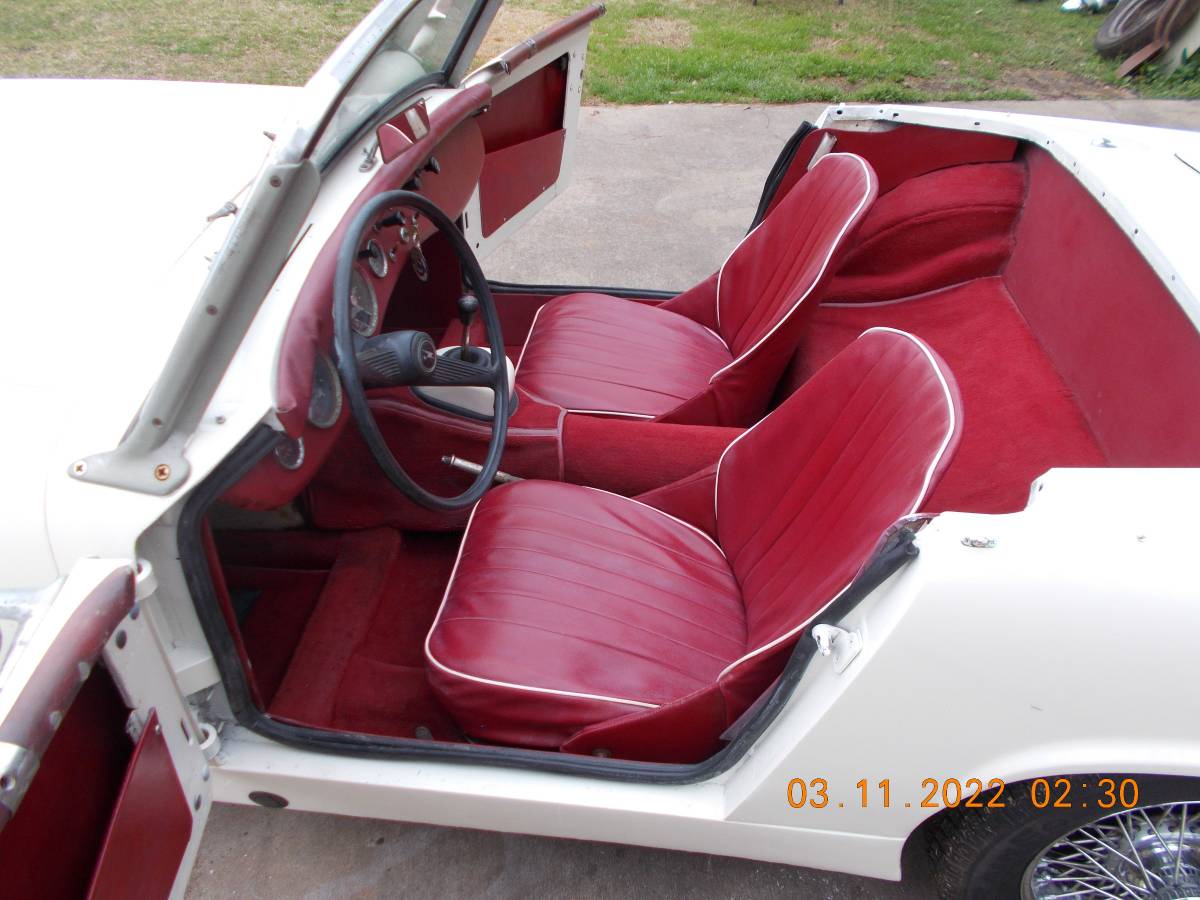 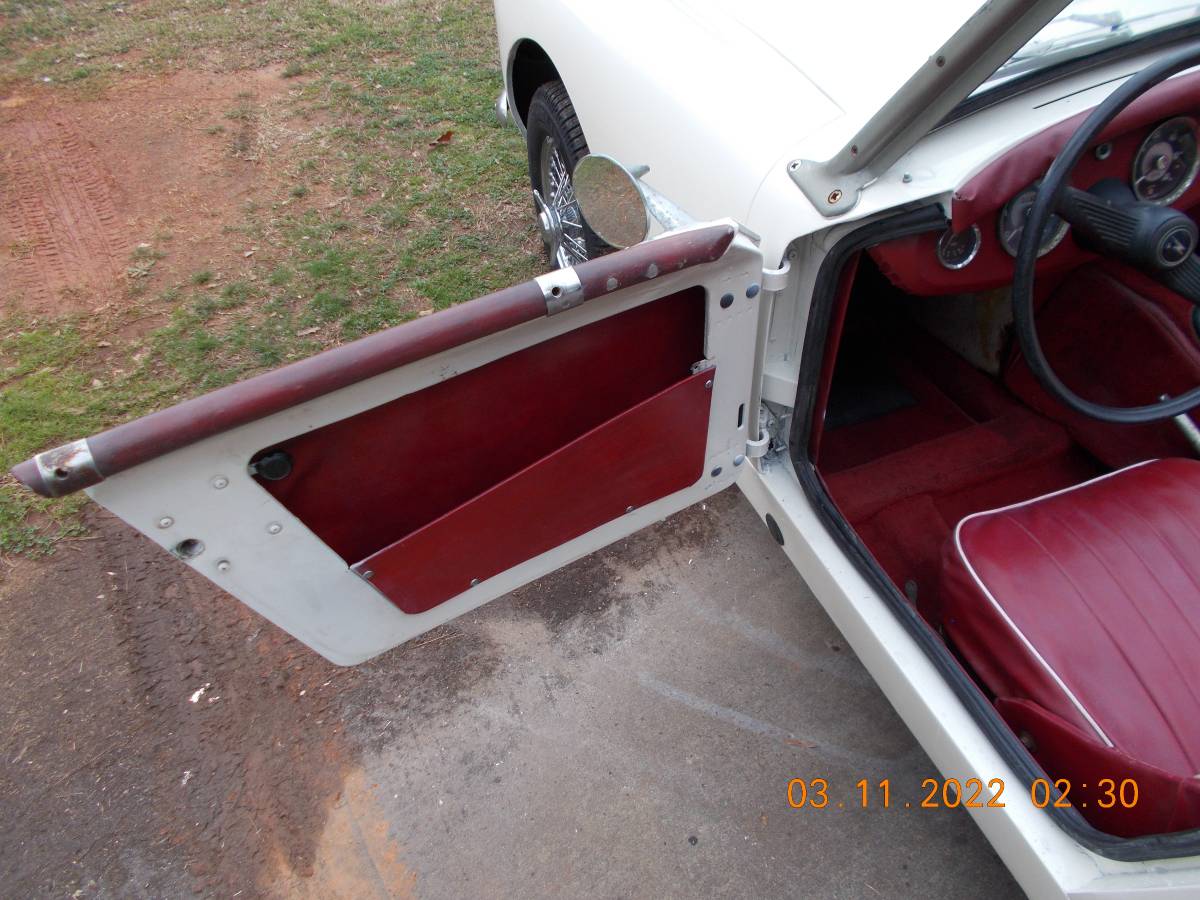 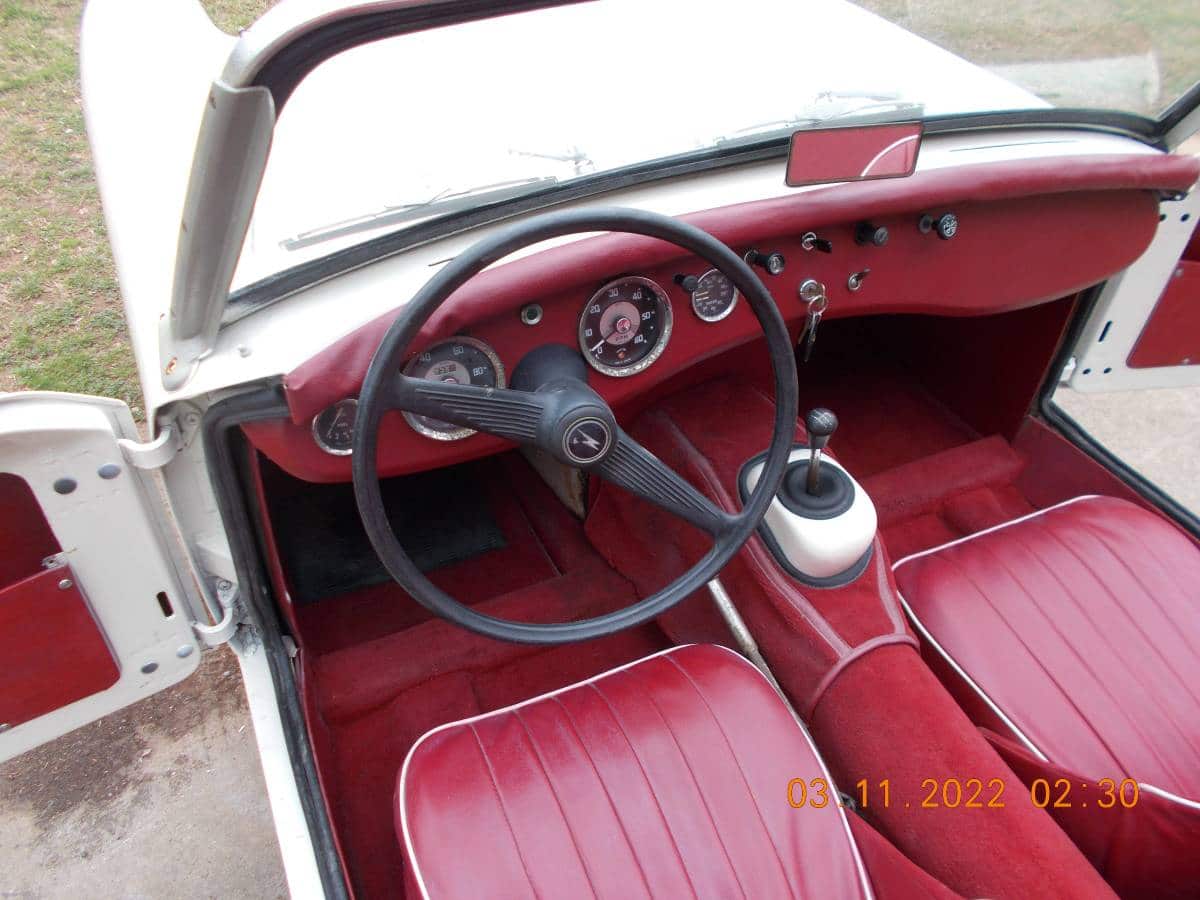 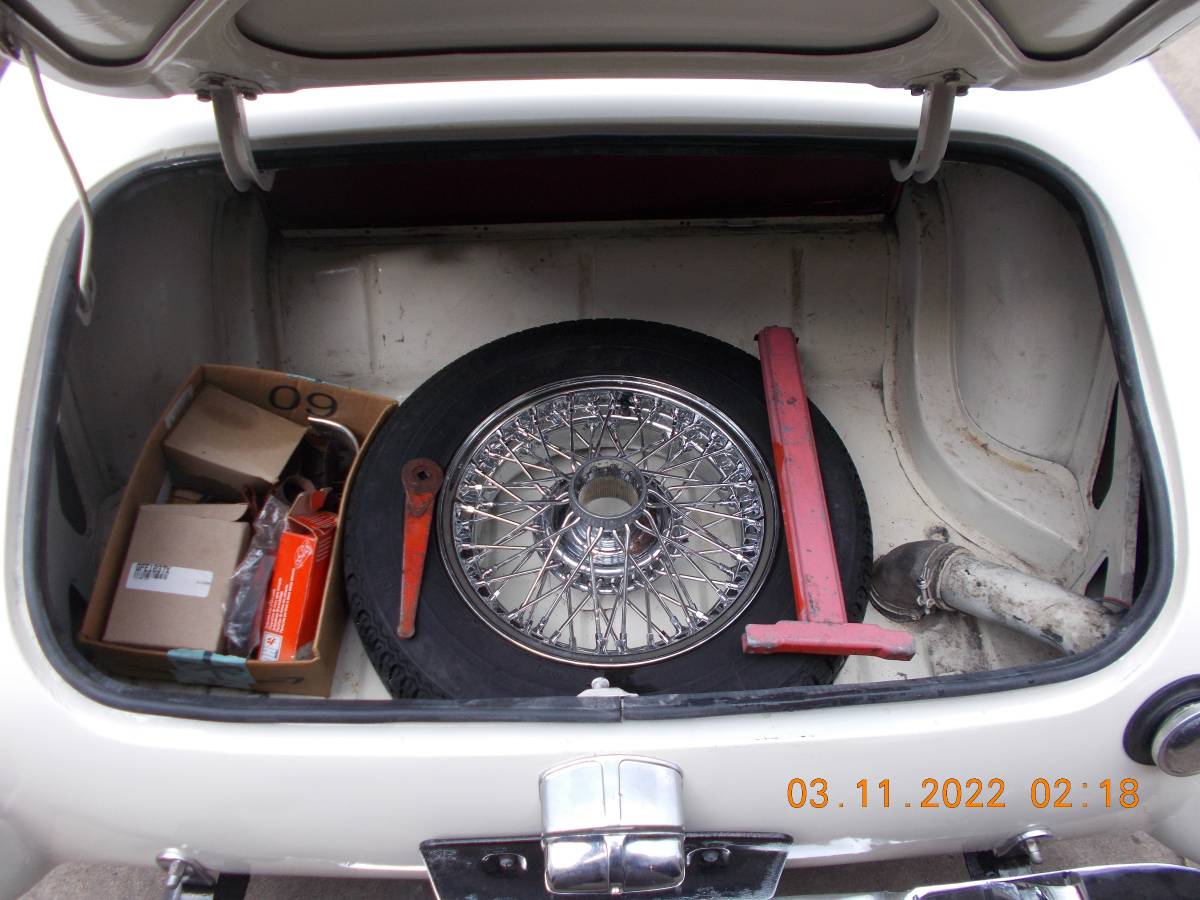 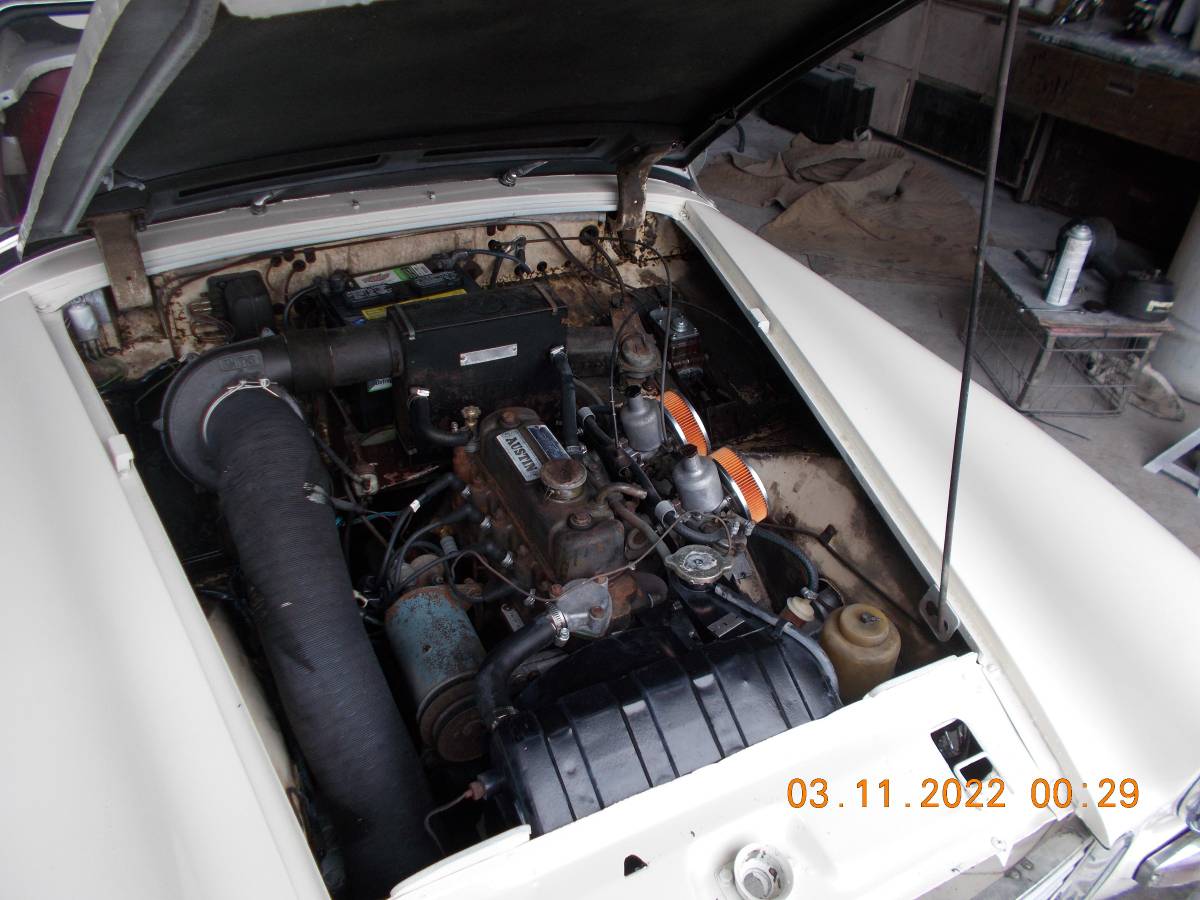 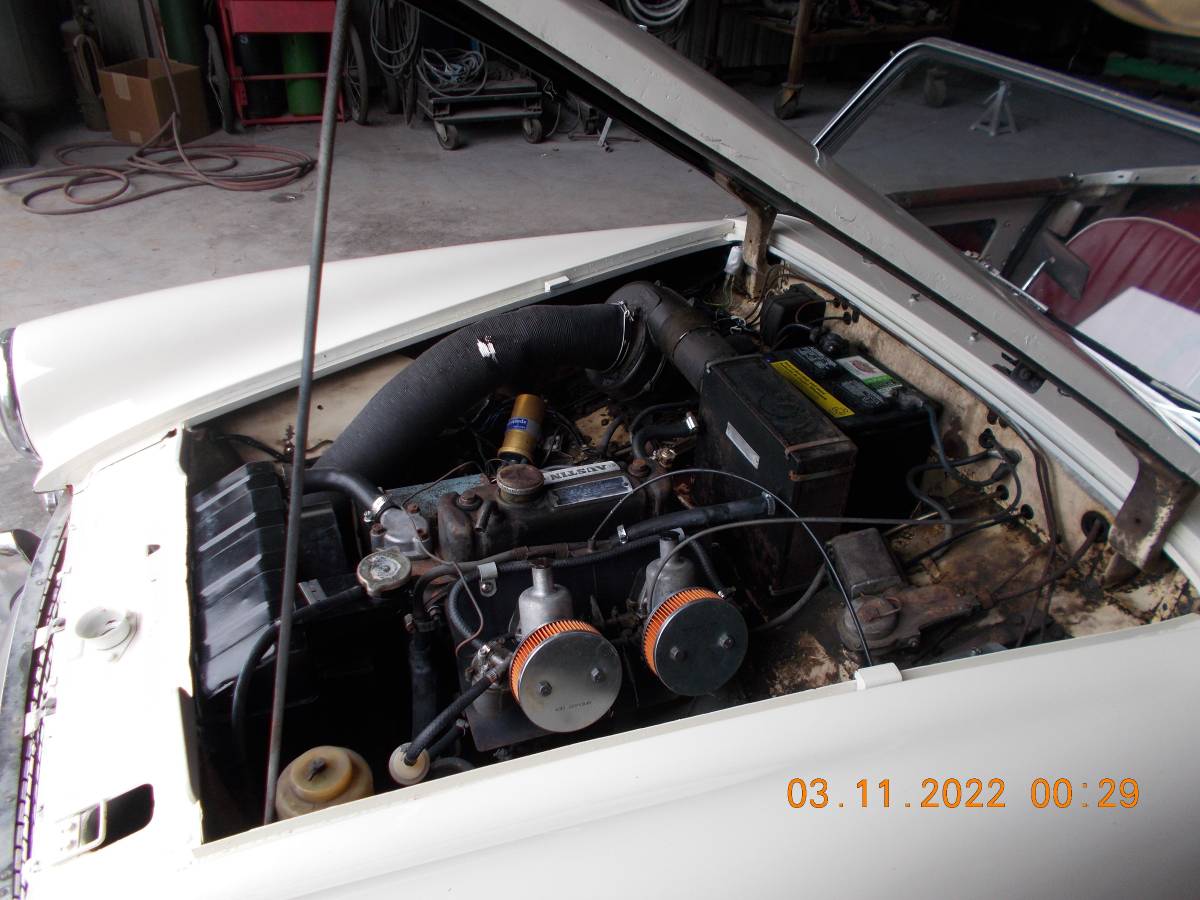 March 25, 2022, Update – The nice ones at the right price do not last very long! We confirmed the seller of this “Classifind” deleted their listing, so we’re now able to call this one “SOLD!” While this one got away, please reach out either by email or call us directly if you’d like to be informed when we come across something similar.

If you’re looking for a fun classic car that costs less than ten grand, can fit neatly into any garage, and gets over 30 mpg, you should consider this 1962 Austin Healey Sprite Mk II originally listed in March 2022 on Craigslist in Bowden, Georgia (Atlanta). The seller reports their Sprite benefits from a disc brake conversion and a new rear brake job and that the car “runs and drives nicely.”

Currently offered for $8,900, comparing that price against the Hagerty Insurance Online Valuation Tool confirms the private seller has their Sprite priced one hundred dollars less than this guide’s #3 “Good” estimate of $9,000.  Similarly, the  Collector Car Market Review Online Tool reveals the seller’s ask falls between this guide’s #3 “Good” estimate of $5,950 and its #2 “Very Good” appraisal of $9,500.

Austin Healey replaced its beloved Mark I “Bugeye” Sprite with the Mark II in the spring of 1961 as a 1962 model. Mark II Sprites used the same 9CG 948 cc inline four-cylinder engine. However, larger twin 11⁄4 inch SU carburetors increased power to 46.5 brake horsepower. A close-ratio gearbox now sent power to the rear wheels. Styling-wise, the most noticeable change was the relocation of the headlights from the hood to a more traditional upright front grille.  At the rear, styling borrowed from the soon-to-be-announced MGB gave a similarly more modern look that now featured an opening trunk and a conventional rear bumper. The addition of the boot lid required the introduction of squared-off rear wheel arches to retain enough metal in the rear structure to give good rigidity. The result was a much less eccentric-looking sports car, though at the cost of nearly one hundred pounds of added weight.

A Mark II Sprite fitted with a hardtop tested by the British magazine The Motor in 1961 had a top speed of 85.8 mph and could accelerate from 0–60 mph in 20.0 seconds while achieving 36.2 mpg.

Based on the pictures provided, this 1962 Austin Healey Sprite appears to be a nicely preserved example in a great color combination.

“1962 Austin Healey Sprite MKII Roadster. Pretty much a stock car with its original 948 engine with dual SU carbs, 4sp manual trans. The car has chrome wire wheels and has had a disc brake conversion with new pads and coil springs on the front and all-new rear brakes including shoes wheel cylinders and drums. The car is in nice condition for a 60-year-old, has a red interior that shows well, good convertible soft top with the side curtains. The car runs and drives very nicely, you can drive it home. Clean Florida title. True mileage unknown”

Do you have an Austin Healey Sprite story to share?  If so, comment below and let us know!