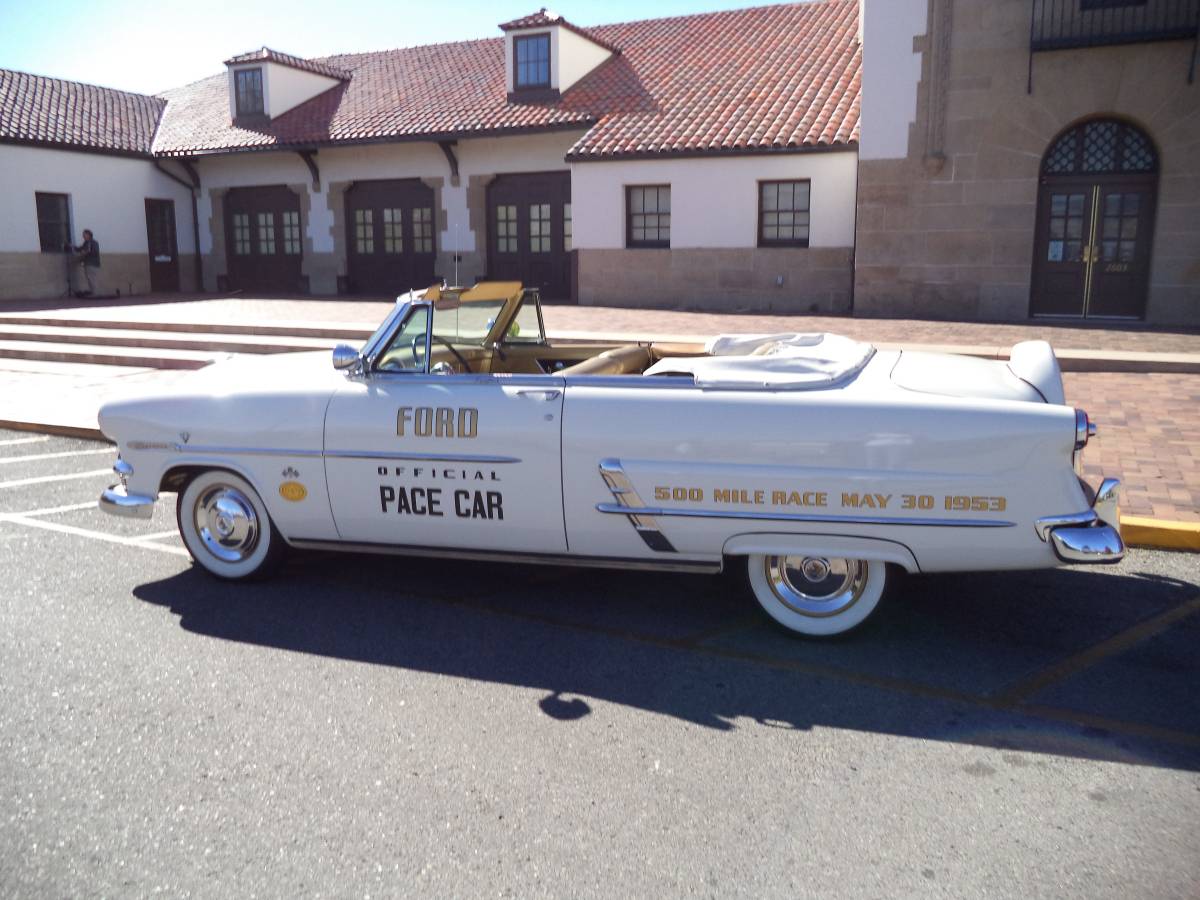 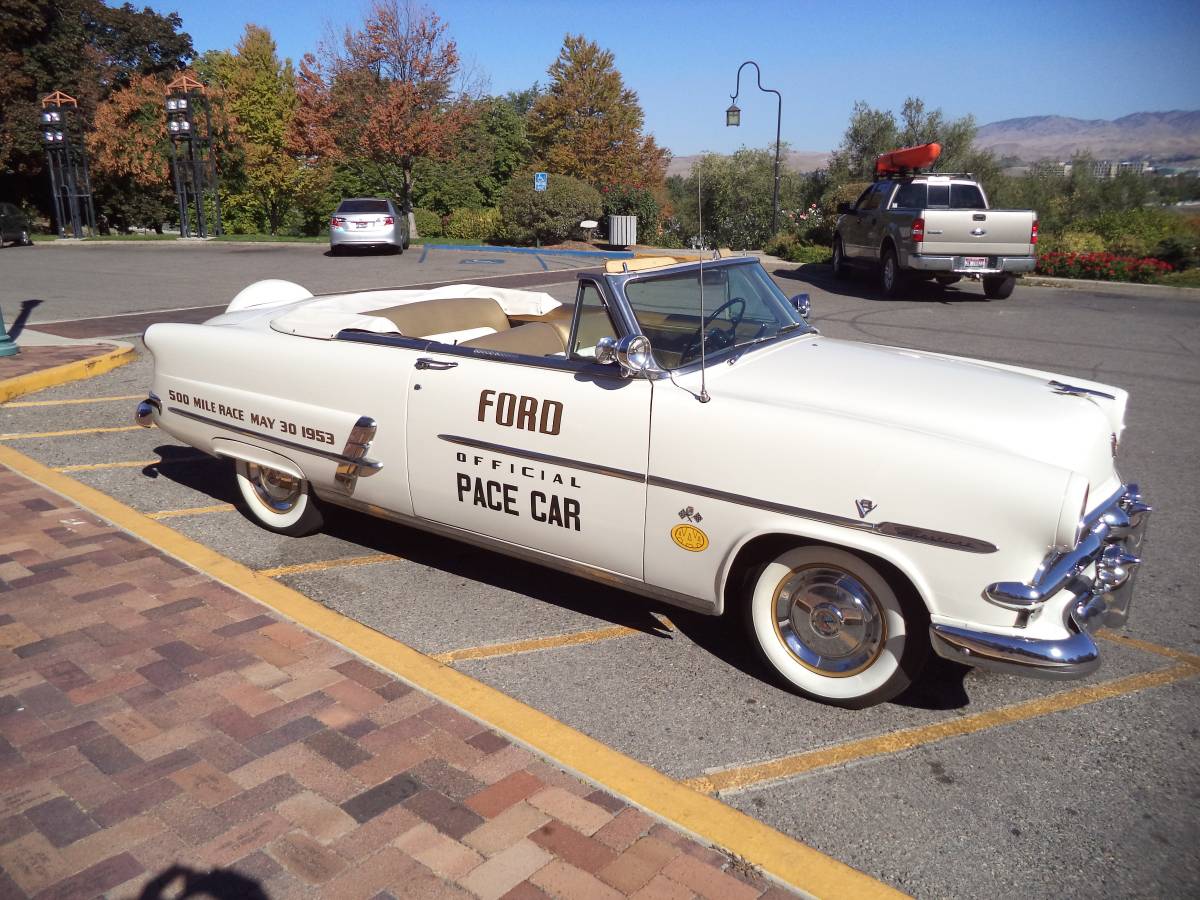 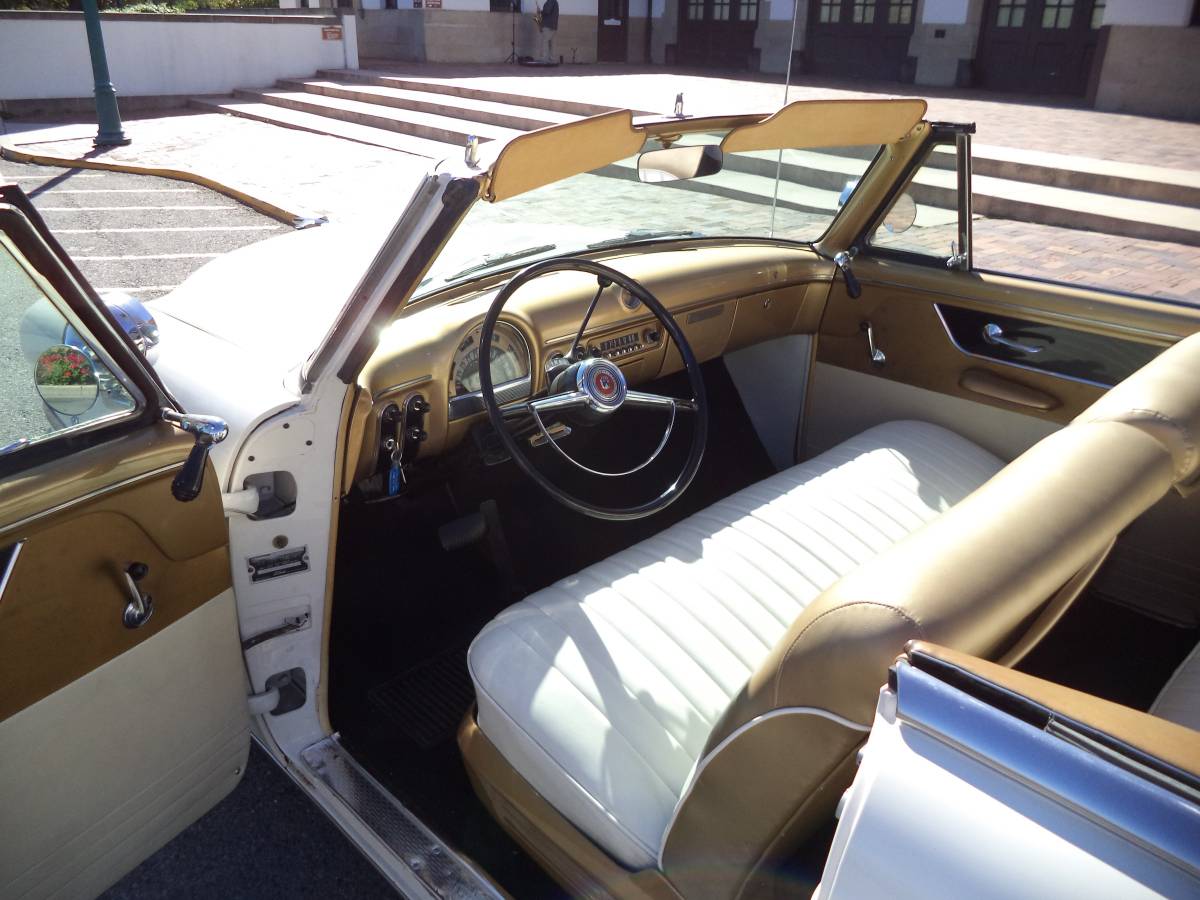 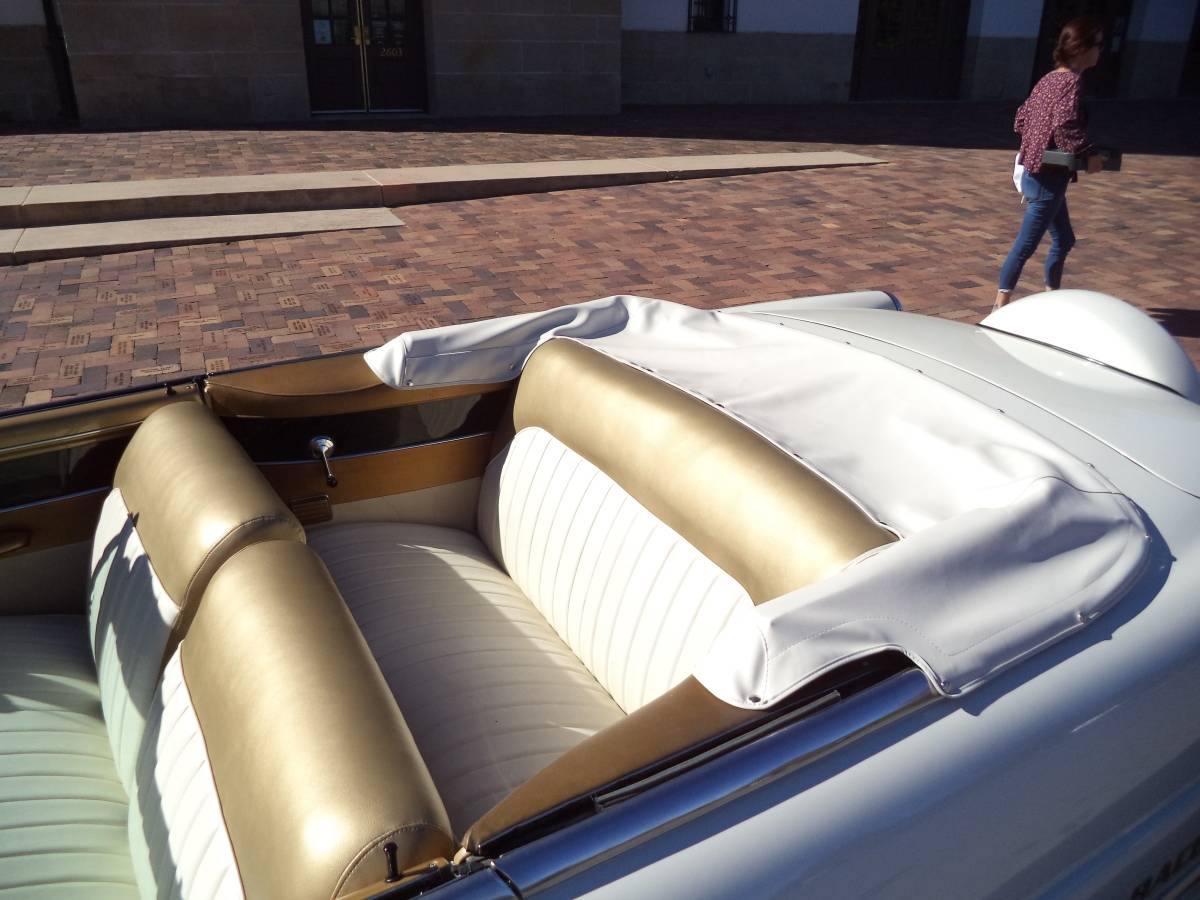 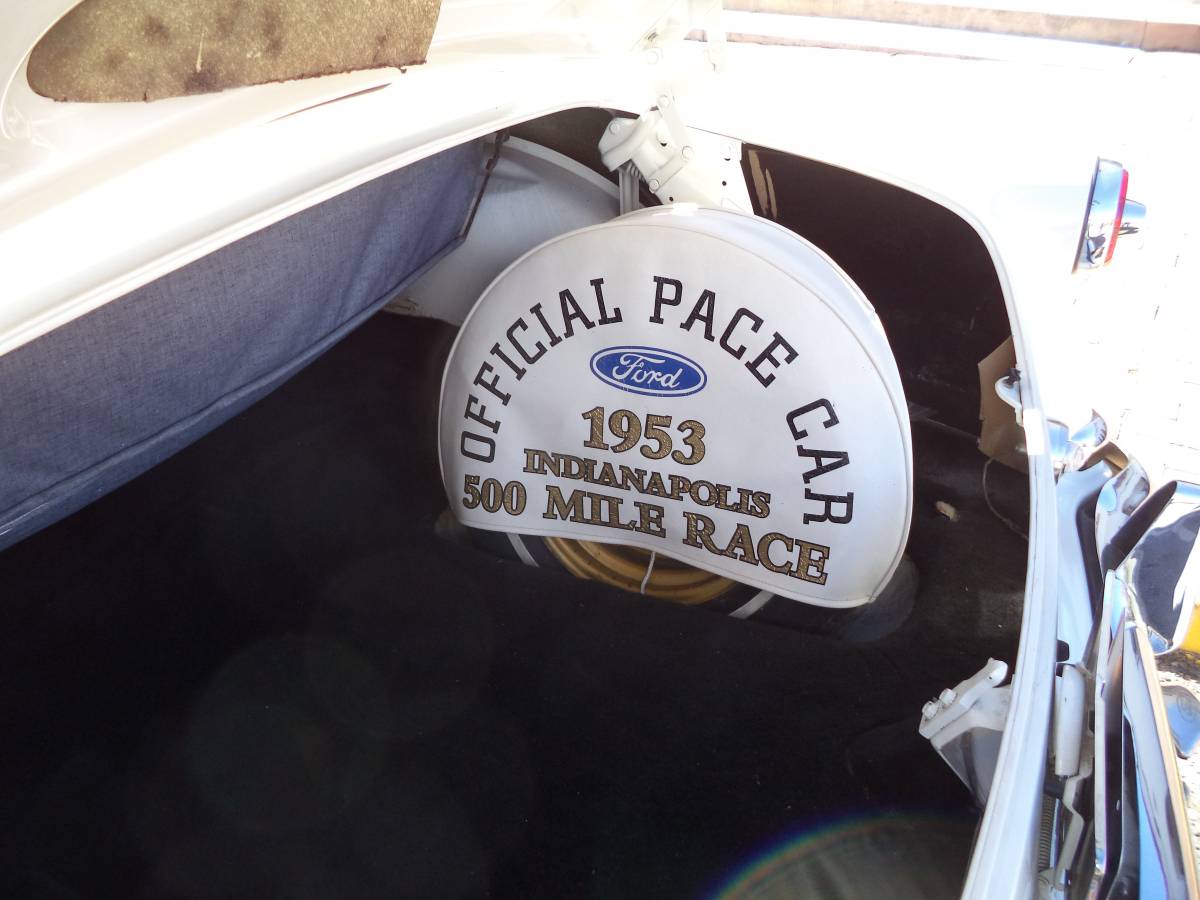 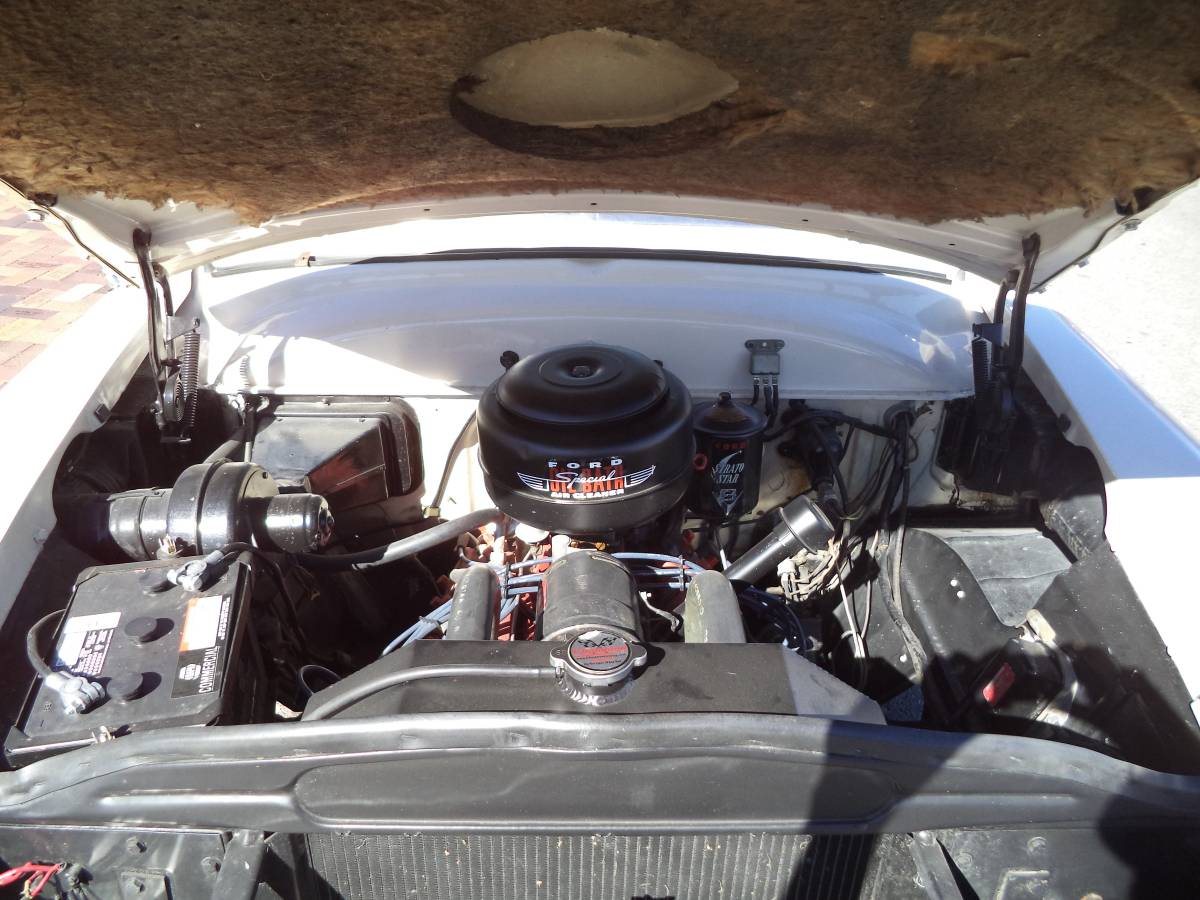 If you’re of a certain age who religiously read issues of automotive magazines every month, one right of spring passage each was finding out what car would pace the Indy 500 that year. In 1953, Ford celebrated the company’s 50th anniversary by supplying pace cars to the Indy 500.  The company then offered a Pace Car option exemplified by this 1953 Ford Crestline Sunliner Convertible originally listed in March 2022 on Craigslist in Boise, Idaho.  The seller reports their Indy 500 pace car replica has been garaged since new and benefits from one repaint.

Currently offered for $57,500, comparing that price against the Hagerty Insurance Online Valuation Tool confirms the private seller has their Sunliner convertible priced above this guide’s #1 “Concours” estimate of $48,000.  Similarly, the  Collector Car Market Review Online Tool reveals the seller’s ask is more than this guide’s #1 “Excellent” estimate of $42,600. While we agree the rarity of the Indy 500 pace car option adds to this Sunliner’s value, with prices for these early 50’s Fords trending downward, we’re glad to see the seller is open to realistic offers.

Corresponding with Ford’s line of redesigned cars for 1952, the company introduced the short-lived “Crestline” subbrand as the top trim level above the intermediate-level Customline and base-level Mainline. Crestline-level trim could be purchased on either the two-door hardtop Victoria, two-door convertible Sunliner, or four-door Country Squire station wagon.  Crestline-trimmed Fords came standard with a 239 cubic inch version of Ford’s venerable flathead V8.

1953 was Ford’s 50th Golden anniversary.  New features that year included the availability of power-assisted brakes and steering, options previously only available on the company’s Mercury and Lincoln cars. The center grill bullet lost its ring and was now flanked by vertical black stripes, while the corner markers were plain rectangular lights rather than the circular “intakes”. All 1953 Fords featured commemorative steering wheels marking the company’s 50th anniversary. Mechanical changes included a two-inch wider tread and a K-bar frame with five cross-members.

As part of the company’s Golden Anniversary celebrations, William Clay Ford paced the Indianapolis 500 in a Sunliner convertible with a dummy Continental tire kit (Coronado kit). To commemorate the occasion, Ford offered a Pace car paint and trim option in addition to launching “Master-Guide” power steering as an option on V8-powered cars.

Based on the pictures provided, this 1953 Ford Crestline Sunliner convertible appears ready to go for the cruise season.

“1953 Ford Crestline Sunliner Convertible with the Indy 500 option is powered by a 239ci Flathead V8 engine backed by a Ford-O-Matic automatic transmission. It’s had one repaint and garaged since new. The Pace Car comes with an electric soft-top, Coronado Continental kit, pillar mount searchlights, fender skirts, front driving lights, and many Pace Car details.
The car has the 50th Anniversary interior details, Gold Anniversary dashboard, and correct original colors of White Sungate Ivory and Anniversary Gold. The paint is in good condition as is the chrome. Runs and drives great!
Asking $57,500 but will look at Offers or Part Trades. Text or Call with a message for more information.
This car is in Boise and shown by appointment only. Serious buyers only, please.”

Do you have a 1953 Ford Crestline Sunliner Convertible story to share?  If so, comment below and let us know!