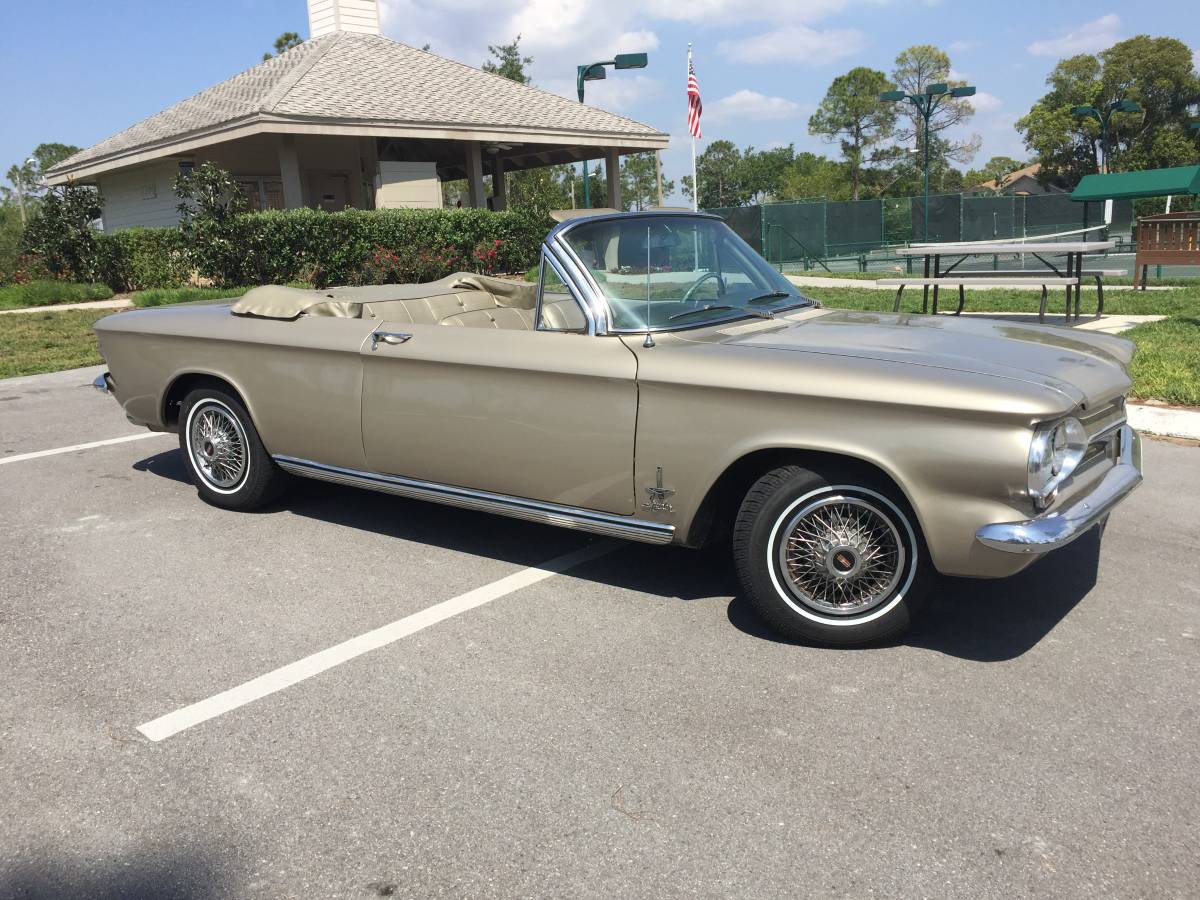 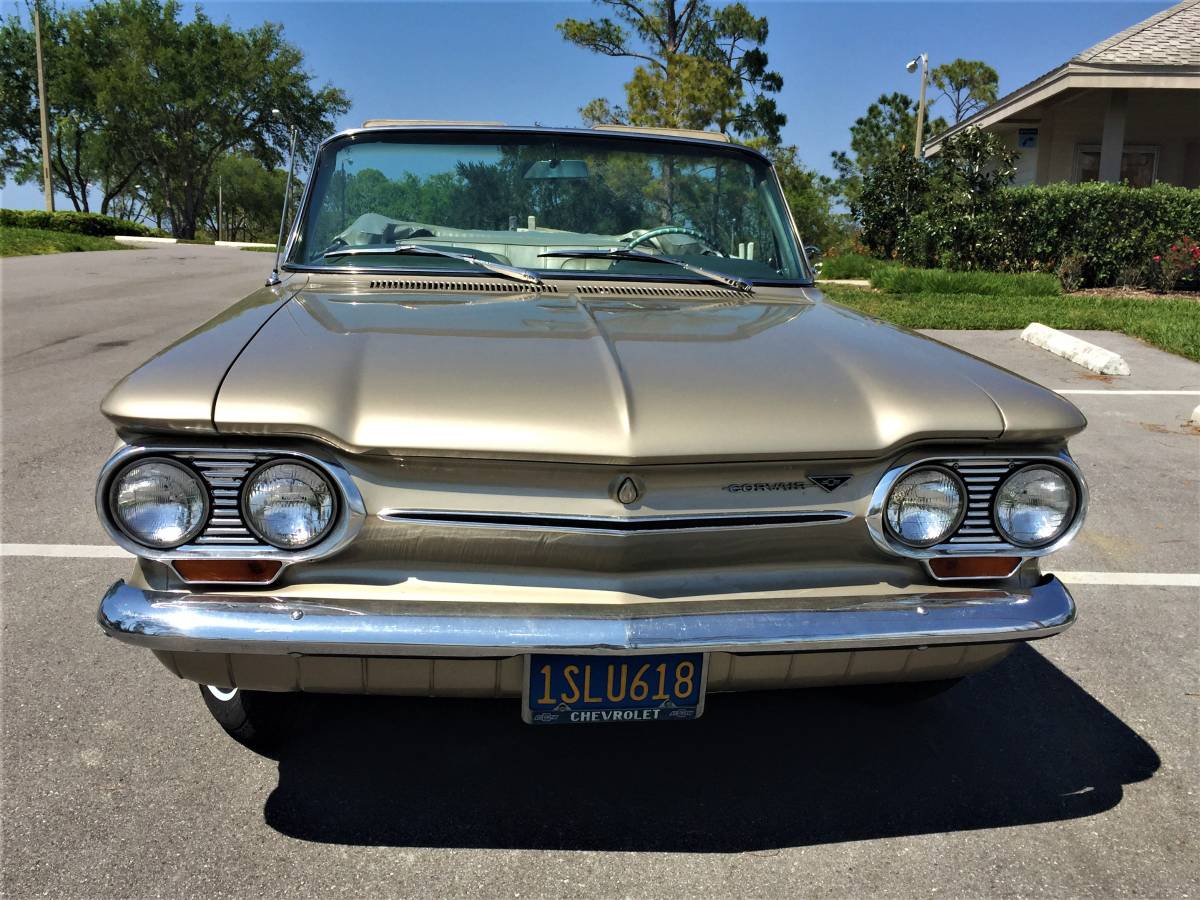 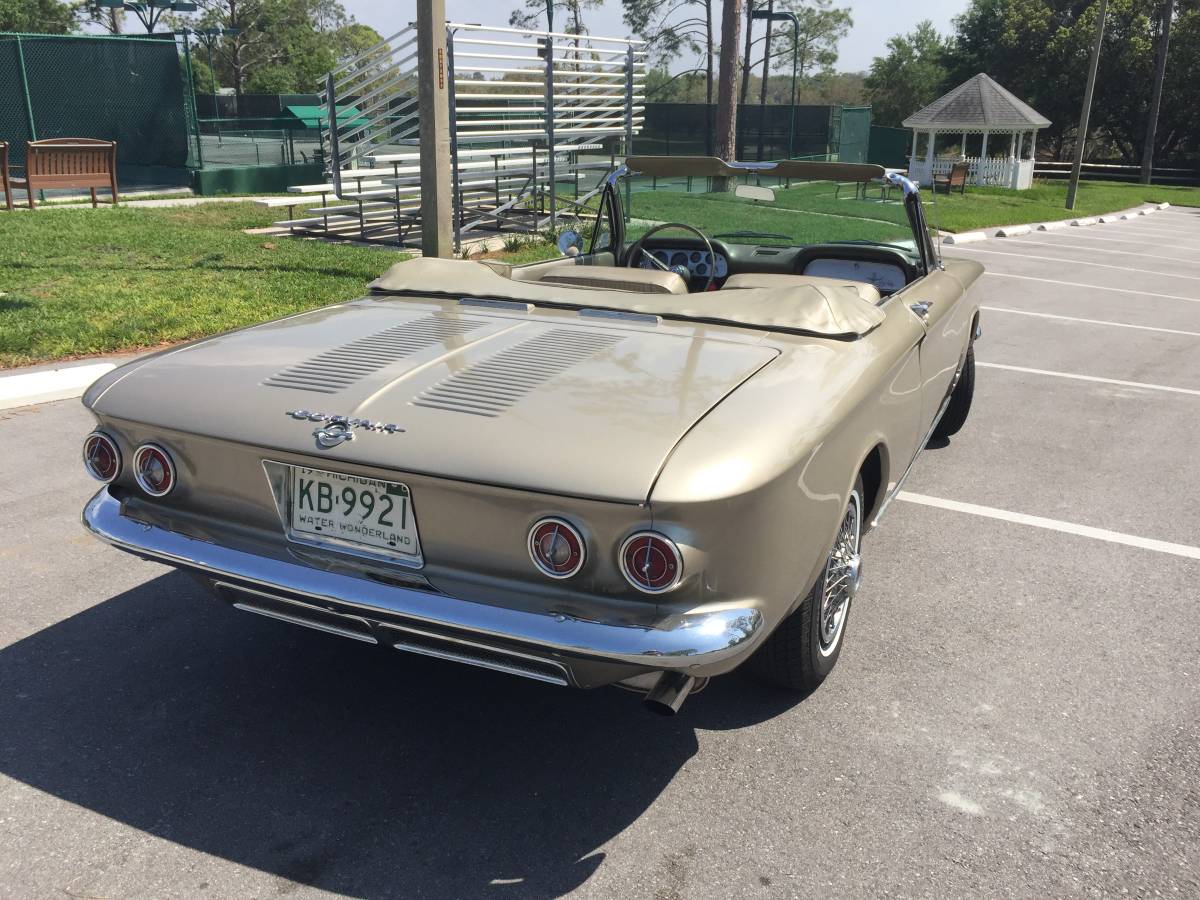 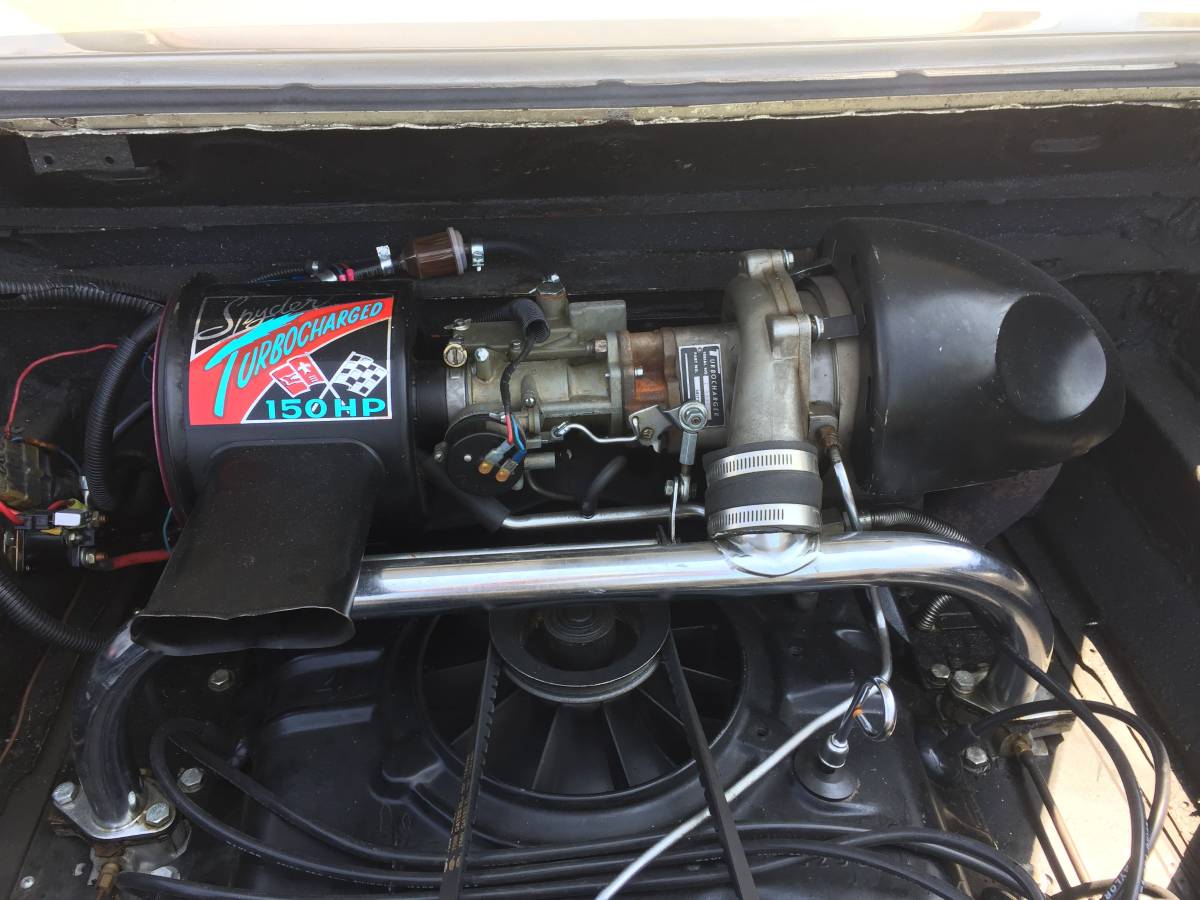 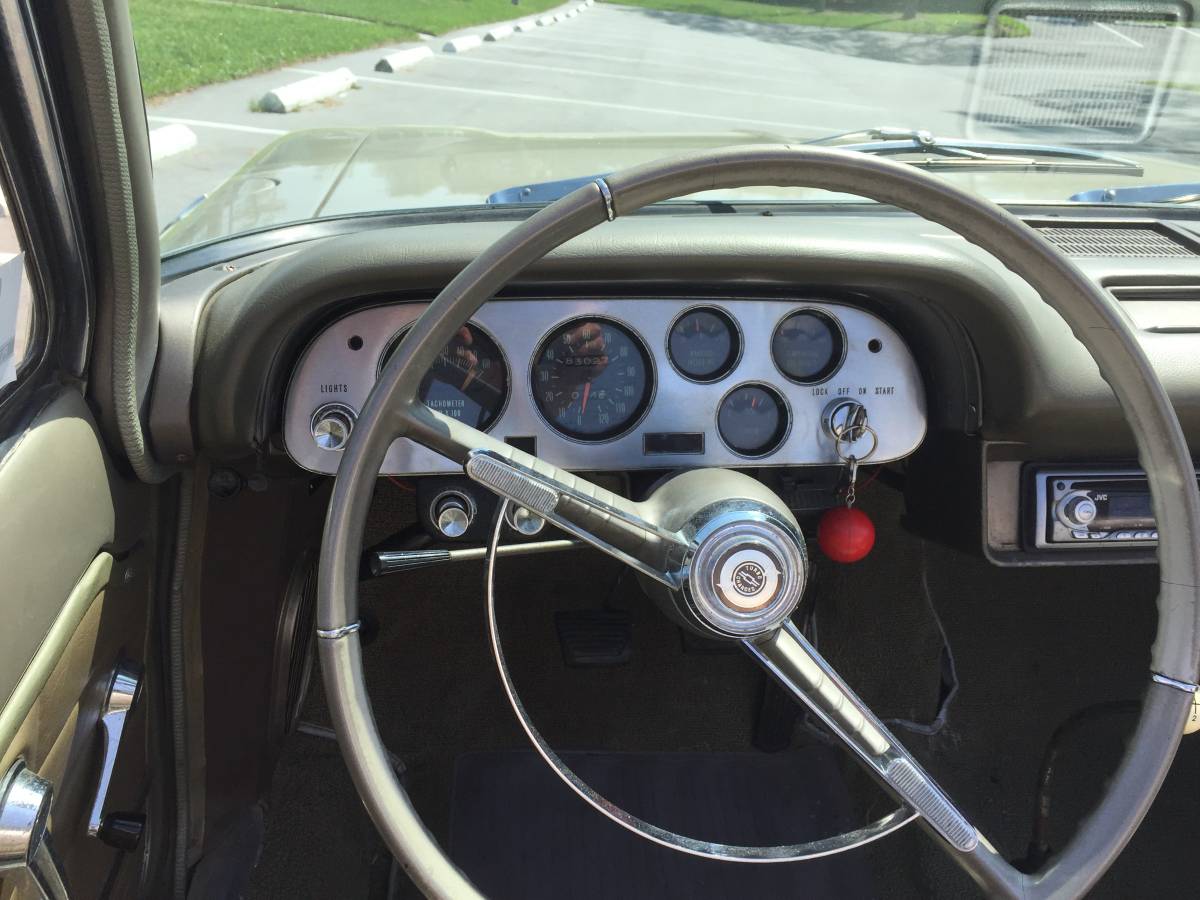 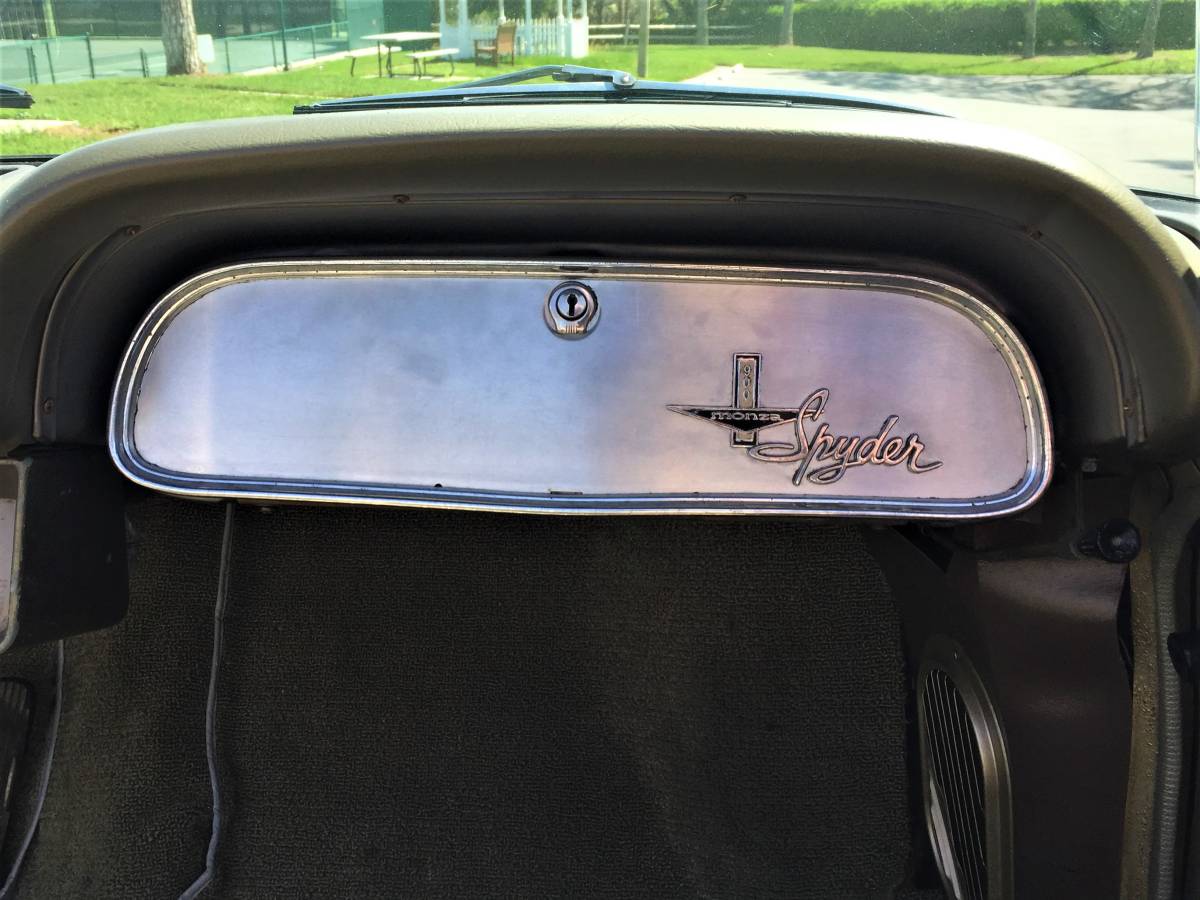 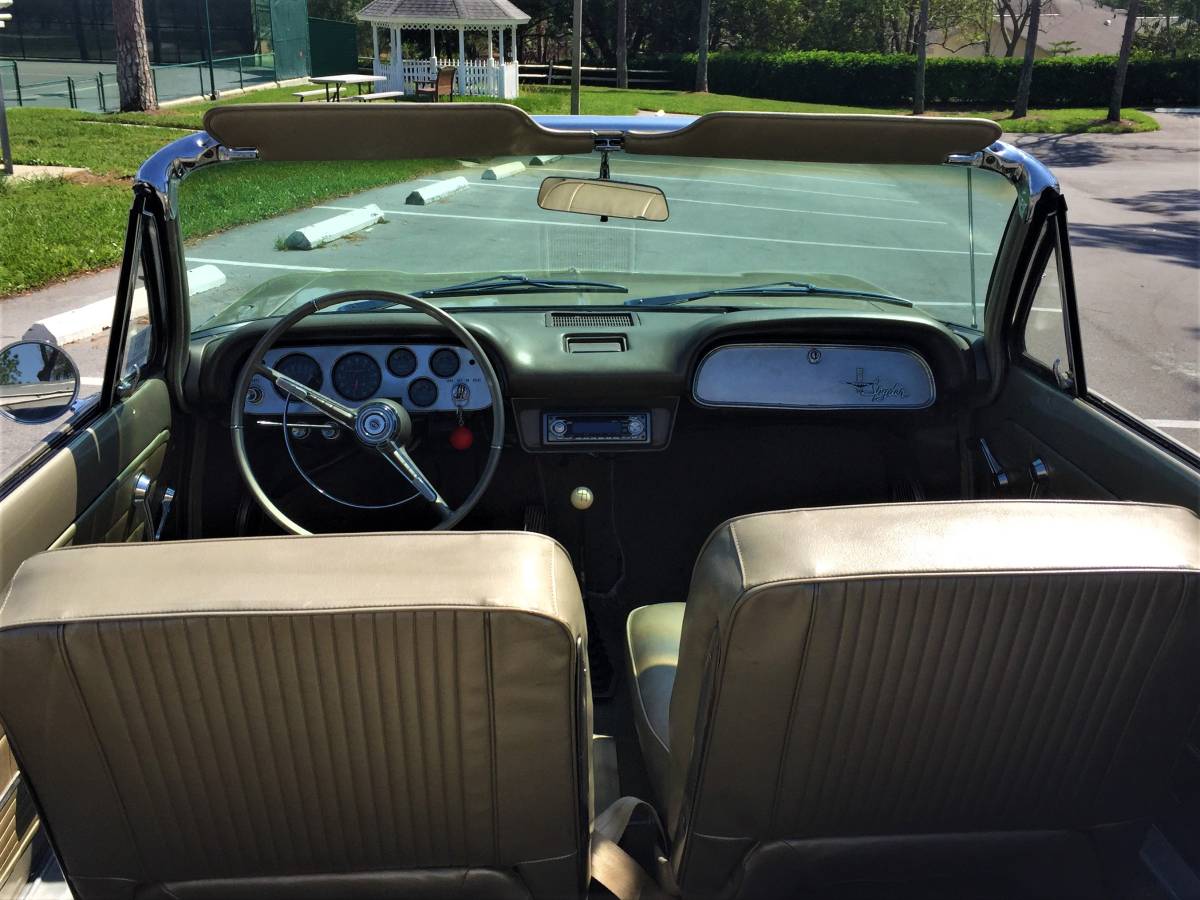 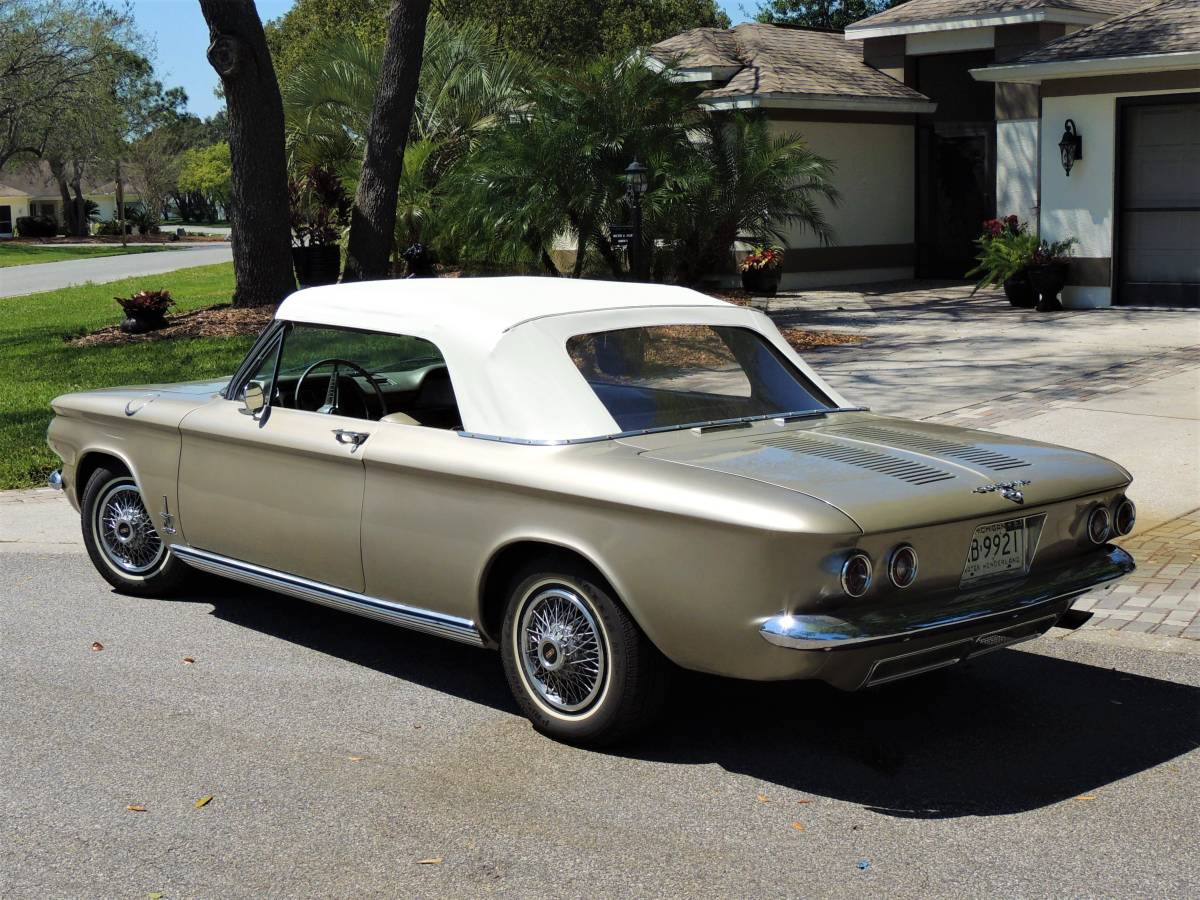 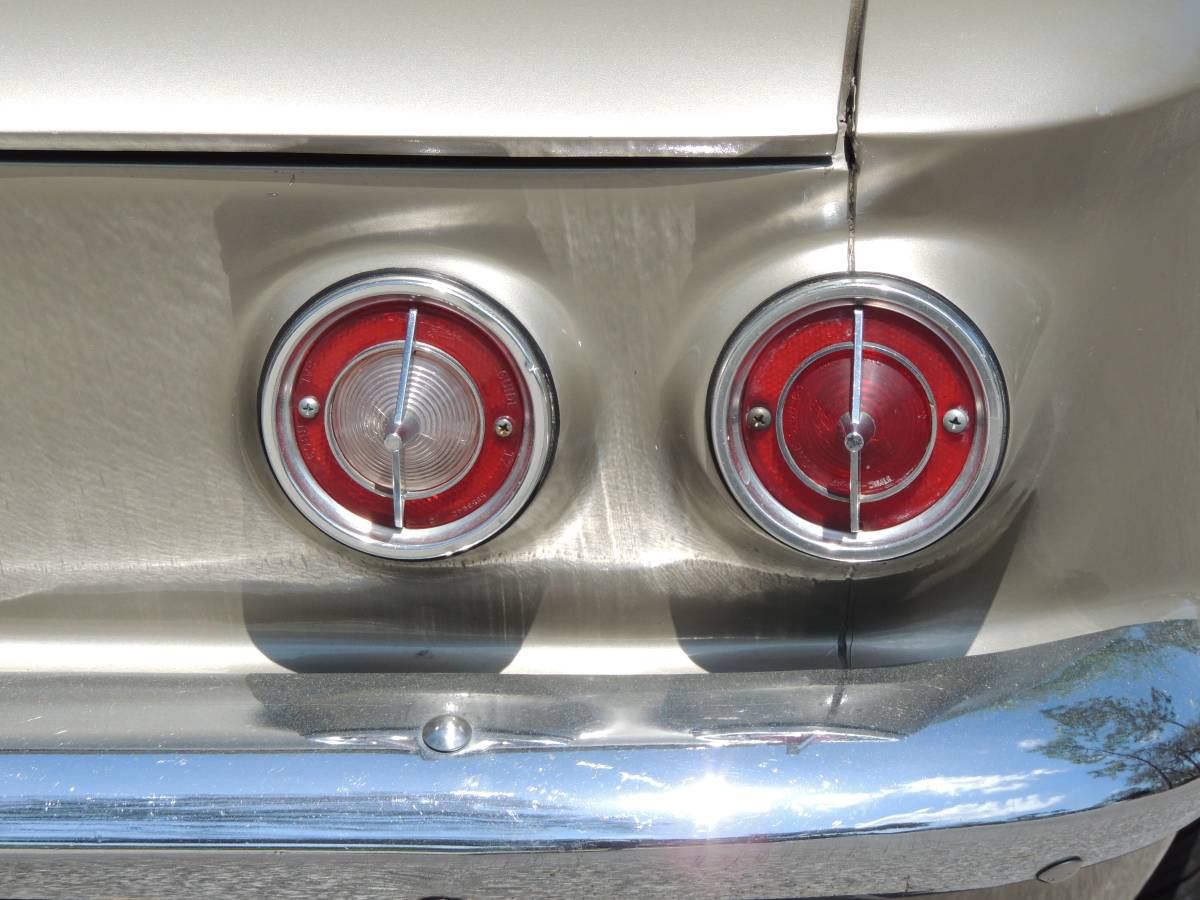 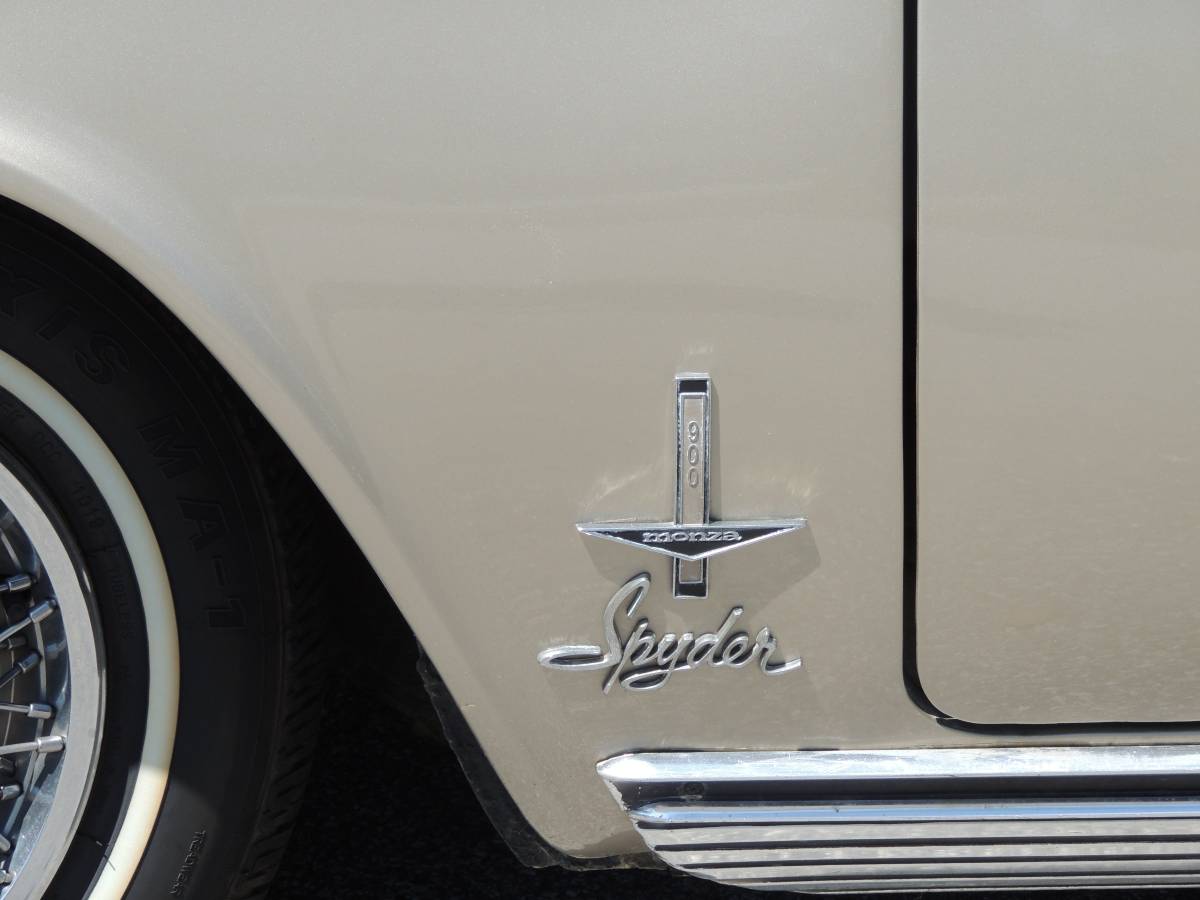 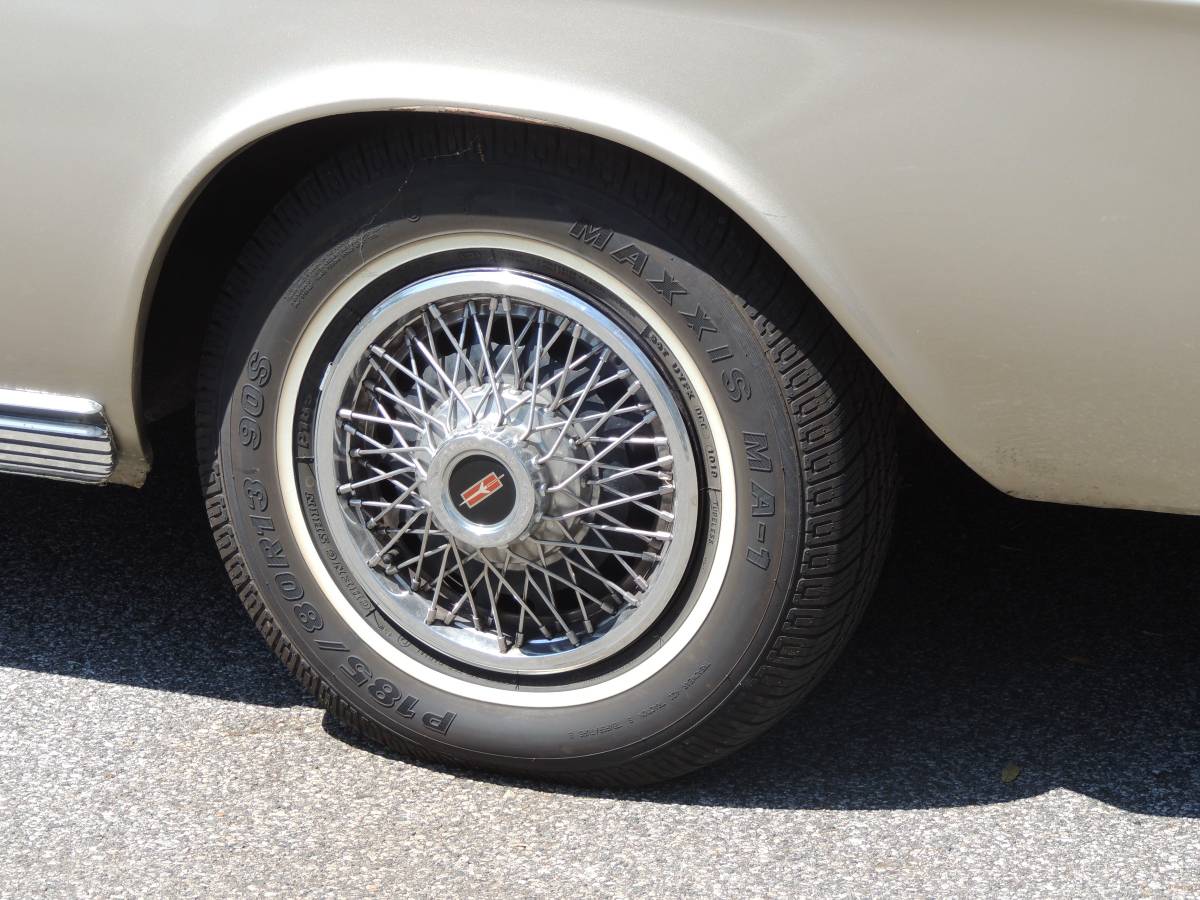 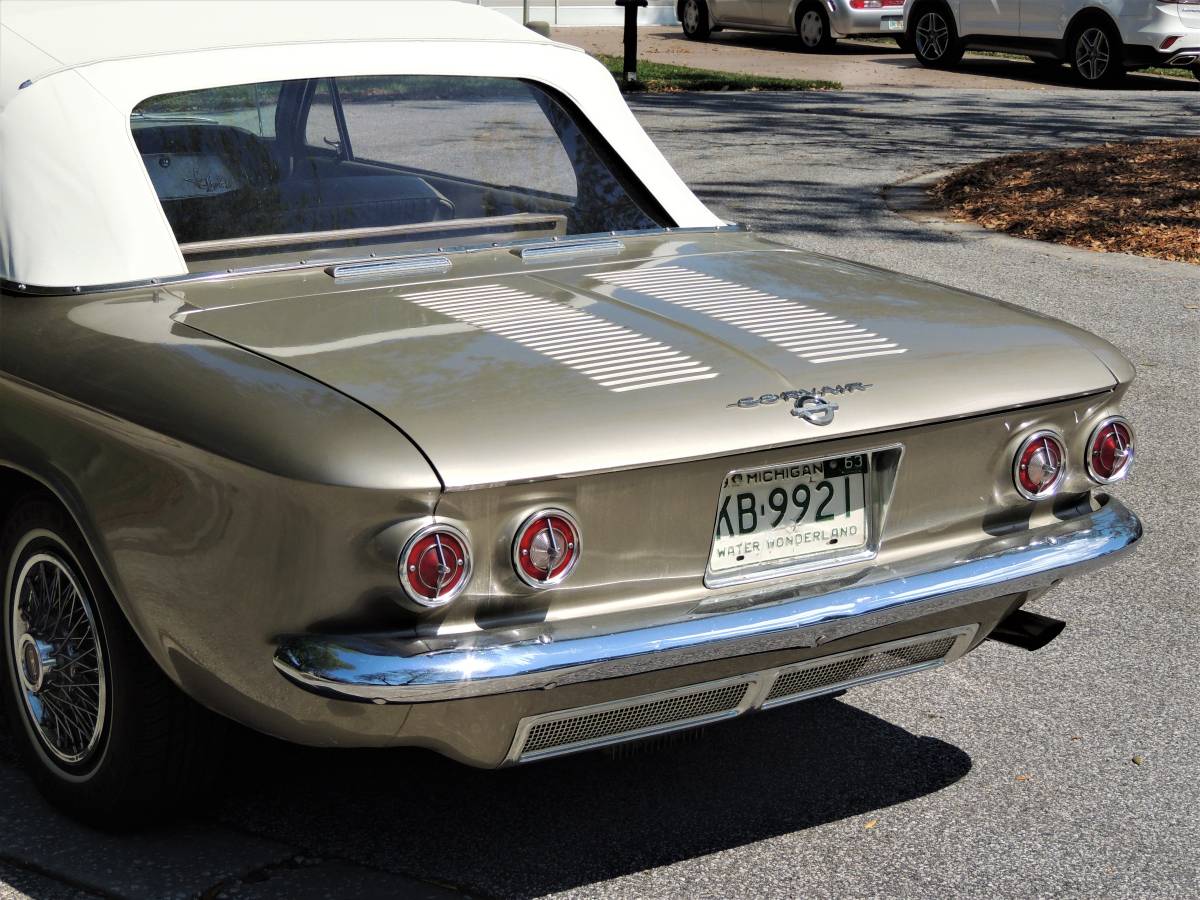 April 27, 2022, Update – We just confirmed the listing for this “Classifind” expired, so with no replacement found we’re assuming this ride “Sold?” While this one got away, please reach out either by email or call us directly if you’d like to be informed when we come across something similar.

Sons often have their fathers to thank for liking certain things. In my case, my father handed down an appreciation for cars having matching interior and exterior colors. The look is especially appealing on a convertible; bonus points if the top boot matches as well when the roof gets stowed. That’s one reason why this Autumn Gold over Fawn 1963 Chevrolet Corvair Monza Spyder Convertible originally listed in March 2022 on Craigslist in Spring Hill, Florida (Tampa) made today’s feature list.  That combined with the fact it’s a top trim spec’d Turbo Spyder with a four-speed manual. The added bonuses are the new top and recent tires in addition to all of the other improvements made to this Corvair.

Currently listed for $14,500 (the original ask was $16,995), a check of the Hagerty Insurance Online Valuation Tool reveals the current ask falls well between this guide’s #2 “Excellent” estimate of $14,900 and its #1 “Concours” appraisal of $21,900. Interestingly, the Collector Car Market Review Online Valuation Tool reveals the seller’s ask falls between this guide’s #2 “Very Good” estimate of $11,600 and its #1 “Excellent” appraisal of $18,300.

Chevrolet’s design leadership was on full display in the early 1960s. While it’s true Chevrolet’s engineers we’re making advances extracting more power from the division’s overhead-valve V8, The air-cooled Corvair really stands out for all of the design advances needed to make an air-cooled import fighter capable of keeping up on America’s growing highway network.  By 1963 Chevrolet Marketing realized its Corvair was viewed more as a specialty import fighter. Driving that insight was the success of the two-door Monza coupe and convertible, which was one of the few bright spots in Corvair’s extensive model range.  The most desirable of all Corvairs is the 150-horsepower turbocharged Monza Spyder.

In the spring of 1962, Chevrolet committed itself to the sporty image they had created for the Corvair by introducing a convertible version, then offering a high-performance 150 hp turbocharged “Spyder” option for Monza coupes and convertibles, making the Corvair the second production automobile supplied with a turbocharger as a factory option, with the Oldsmobile F-85 Turbo Jetfire having been released earlier in 1962. Corvair station wagons were discontinued at that point in favor of the new Corvair Convertible and Chevy II (built at the same assembly plant).  Optional equipment on all passenger cars (except wagons) included metallic brake linings and a heavy-duty suspension consisting of a front anti-roll bar, rear-axle limit straps, revised spring rates, and recalibrated shock absorbers. These provided a major handling improvement by reducing the potentially violent camber change of the rear wheels when making sharp turns at high speeds. The Turbocharged Spyder equipment group featured a multi-gauge instrument cluster which included a tachometer, cylinder head temperature, intake manifold pressure gauges, Spyder fender script, and Turbo logo deck emblems, in addition to the high-performance engine.

We only have two questions bout this 1963 Chevrolet Monza Spyder convertible. First is the confirmation of whether this example is a survivor or has been restored. If the latter, then how extensive were the repairs needed to get the car to its current condition. The second is the mismatched license plates; the front appears to be a coveted California Black Plate while the rear is a current Michigan historical tag.  It’s likely a Snowbird looking to sell their ride, but it does help to know these things before handing over the cash.